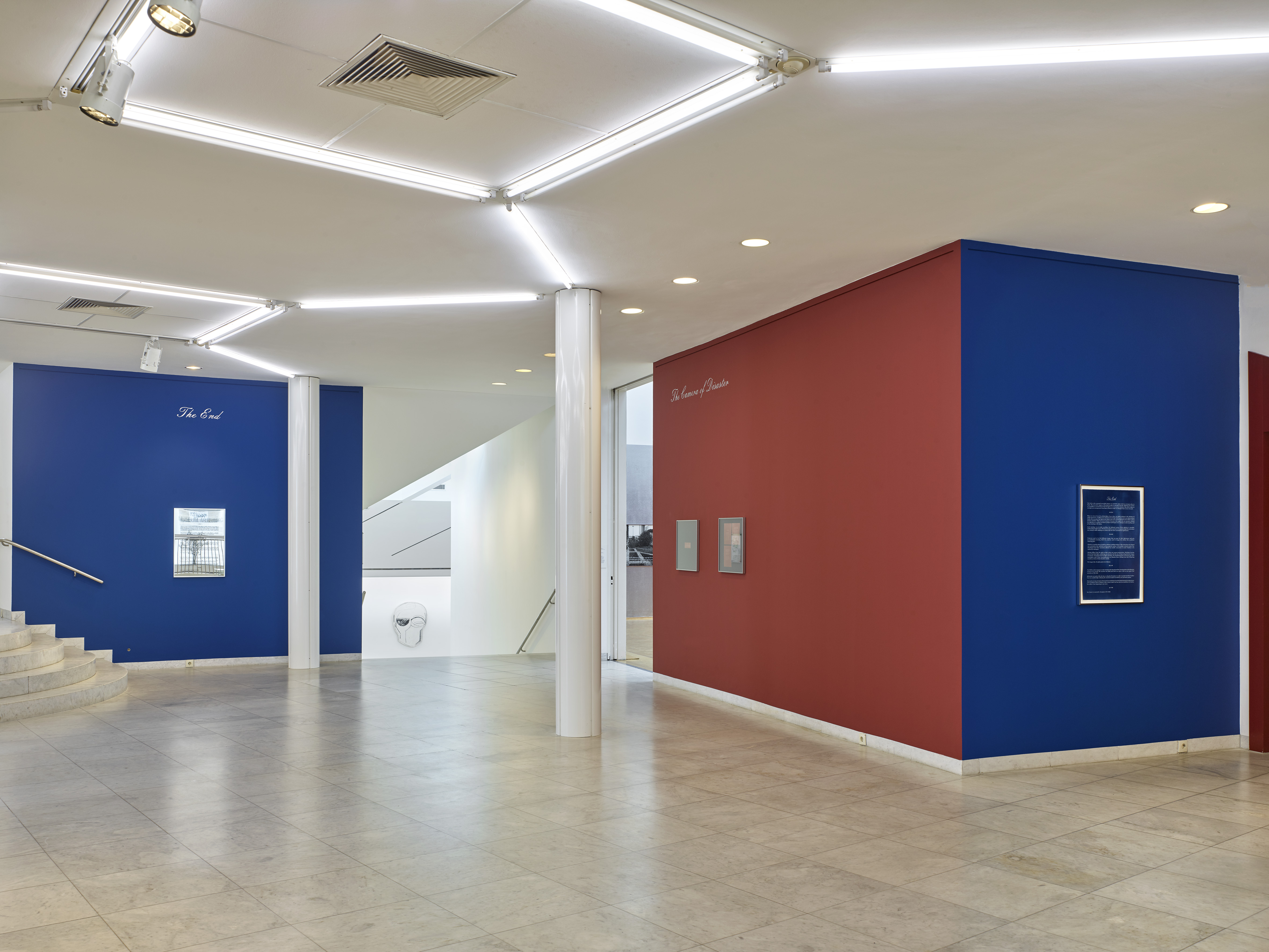 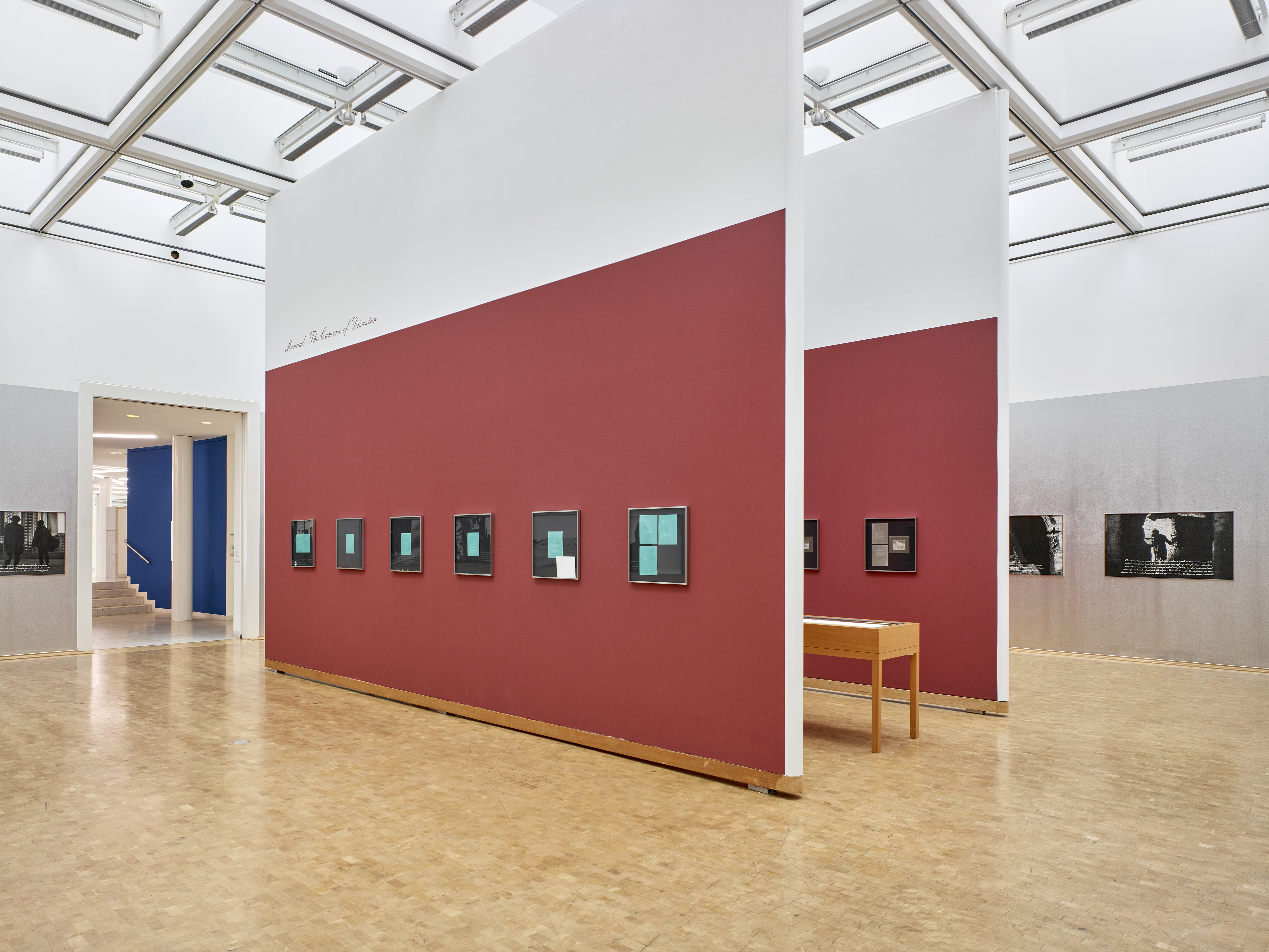 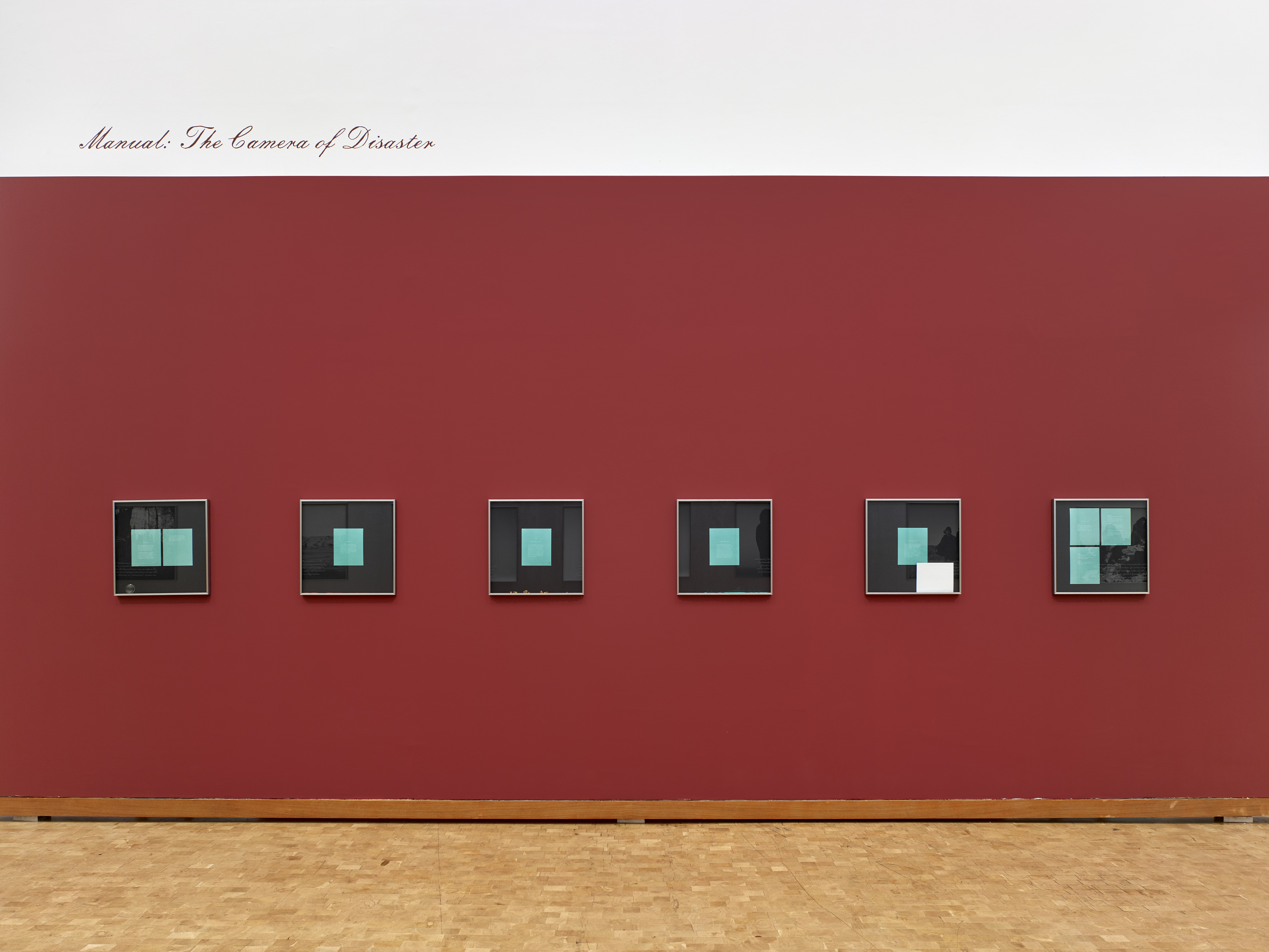 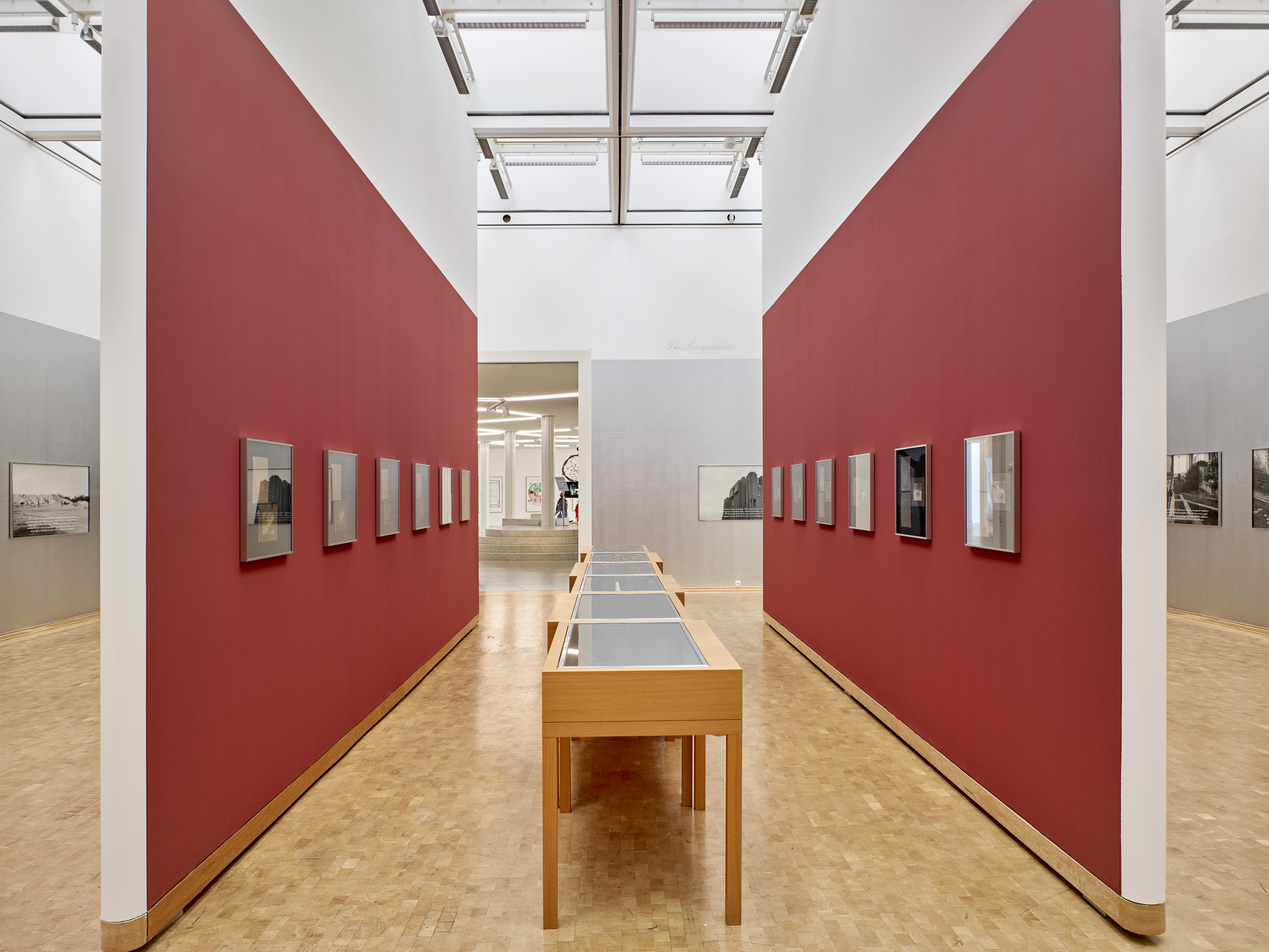 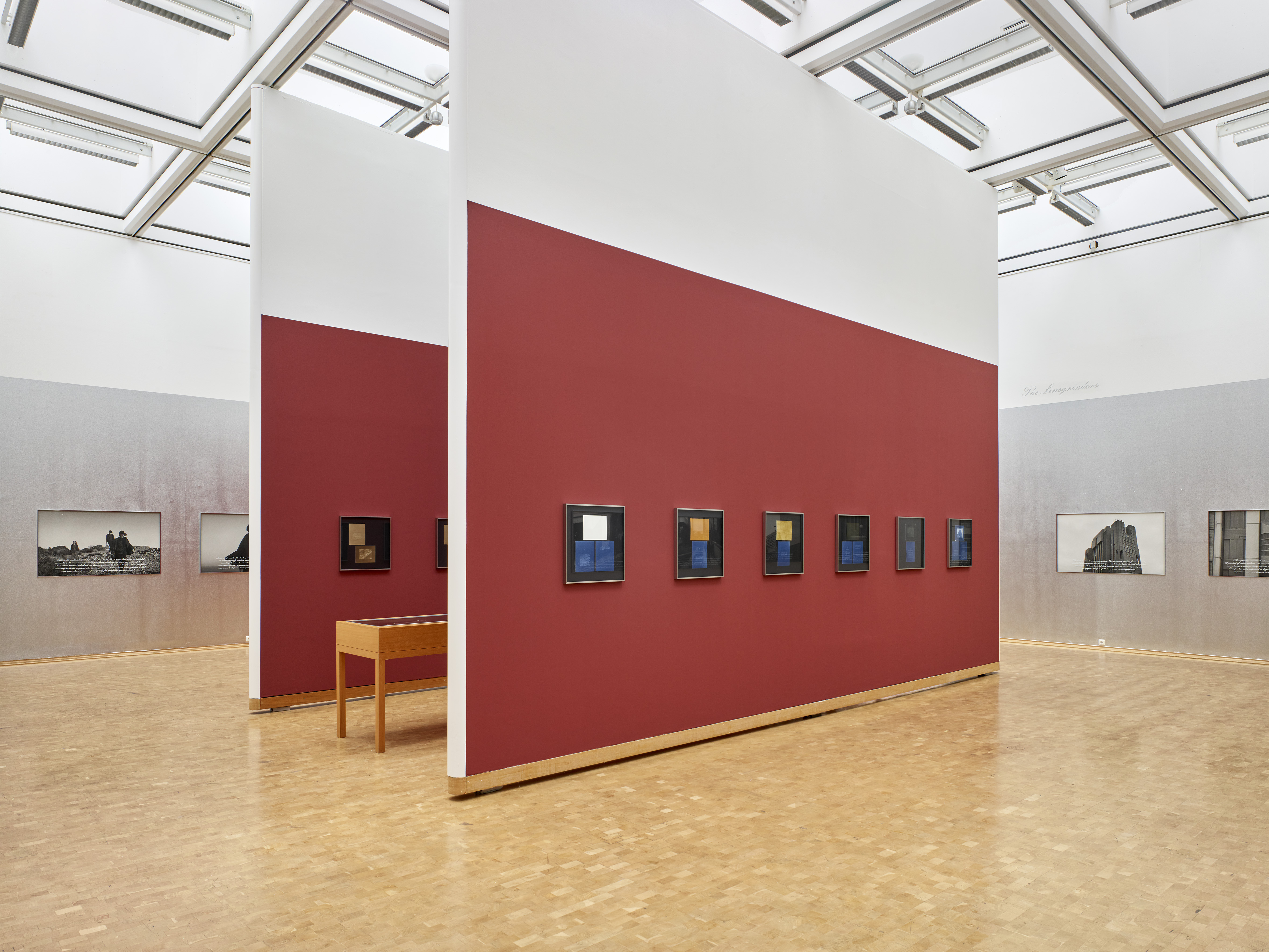 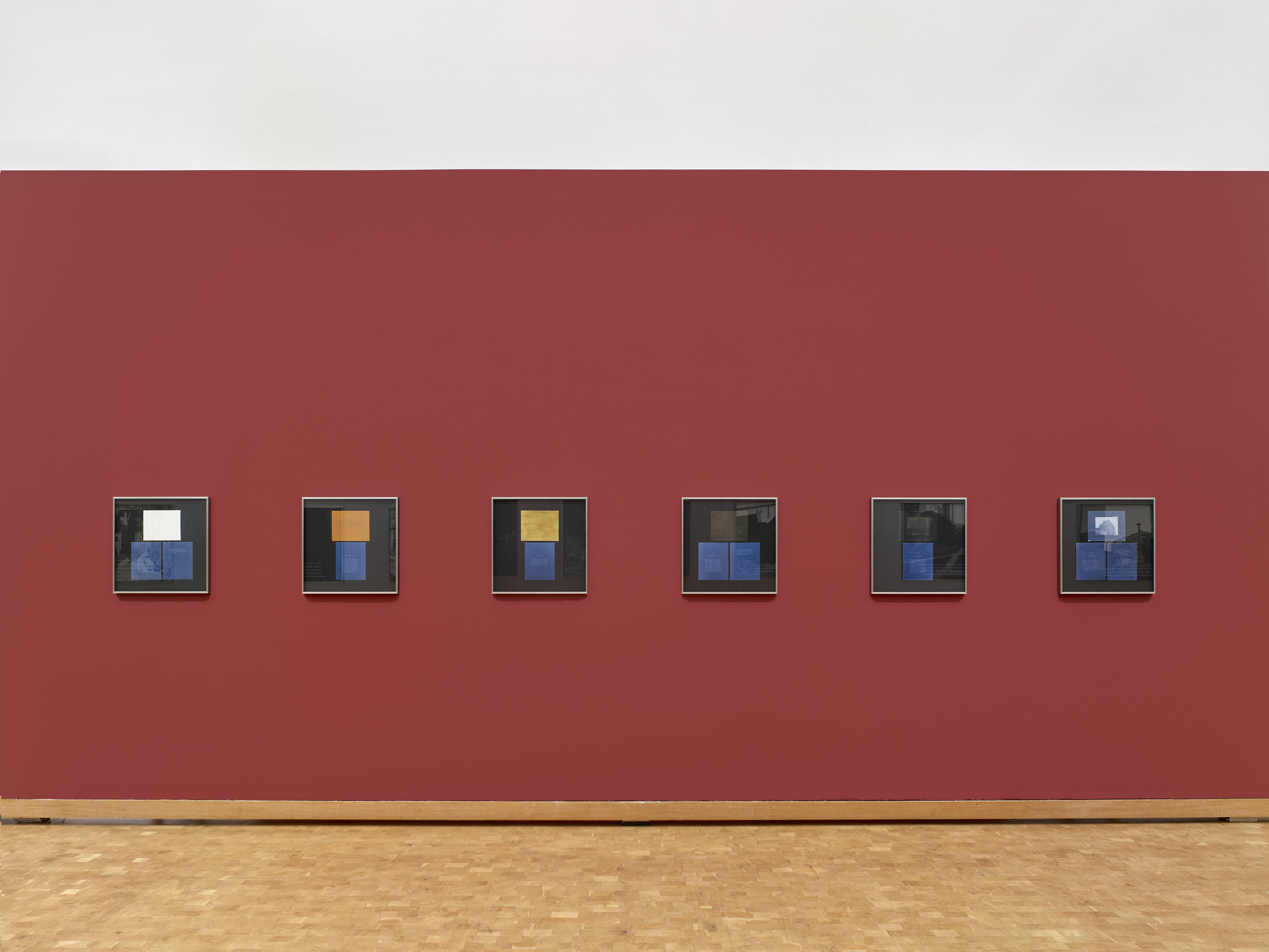 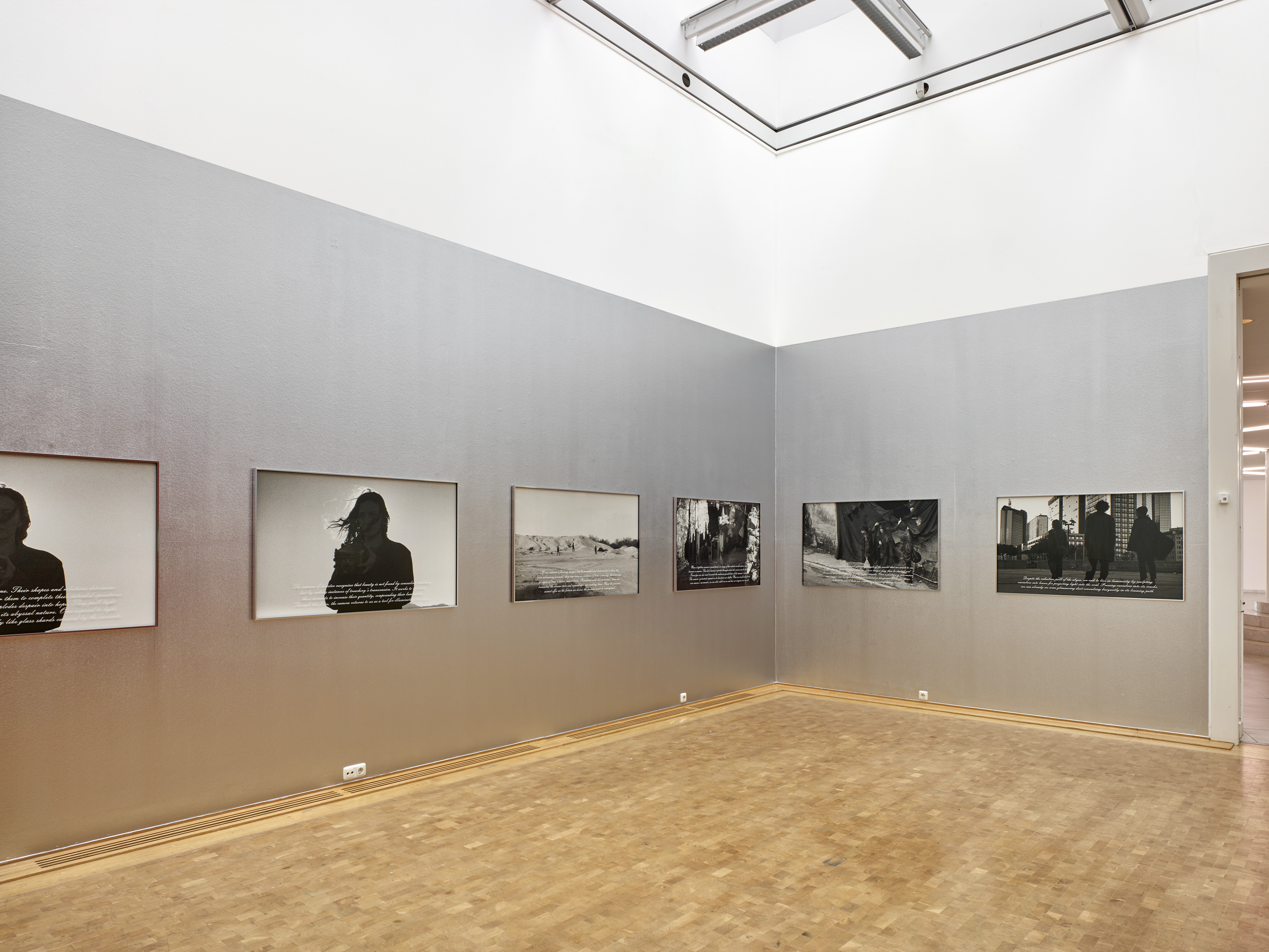 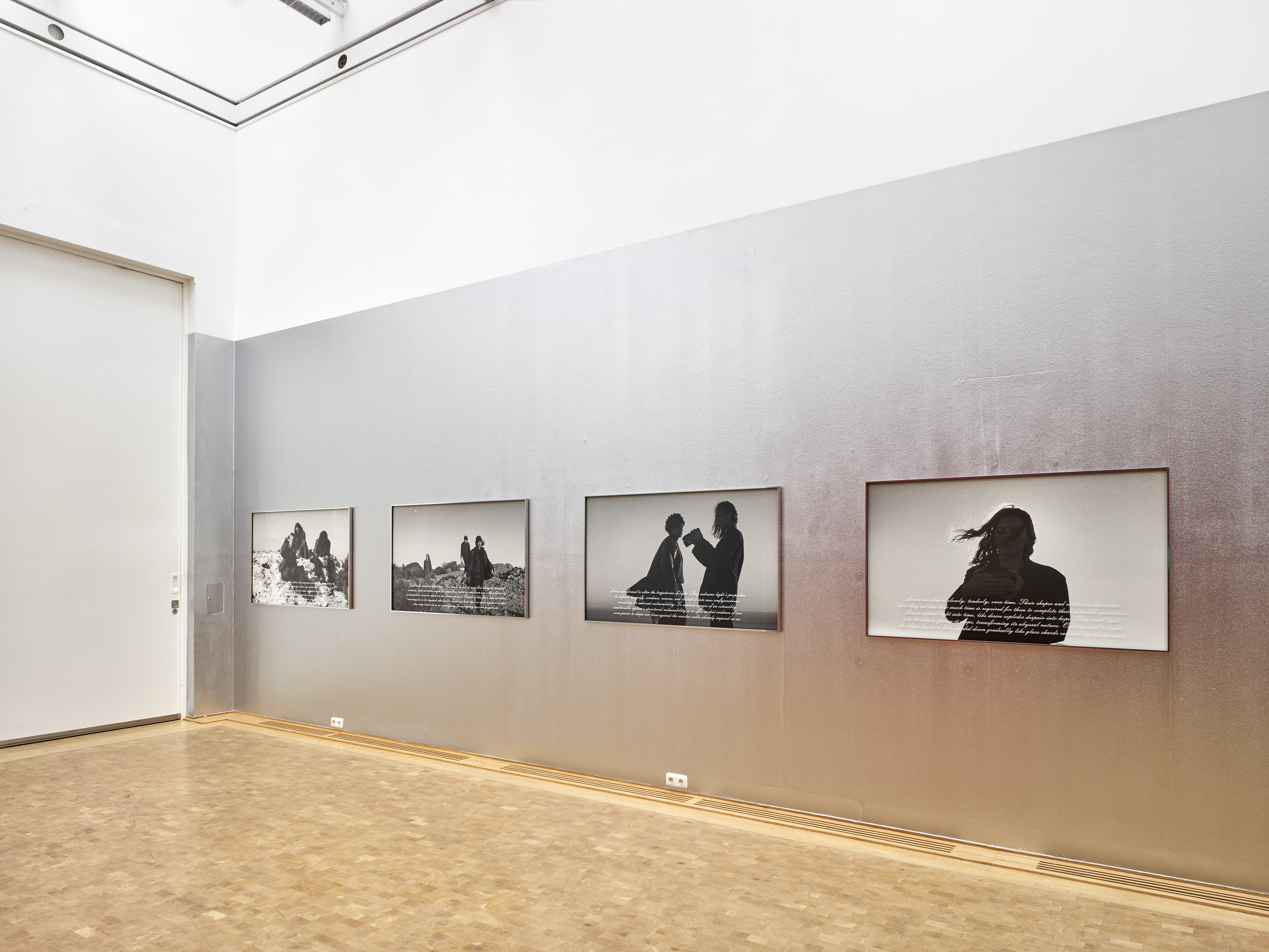 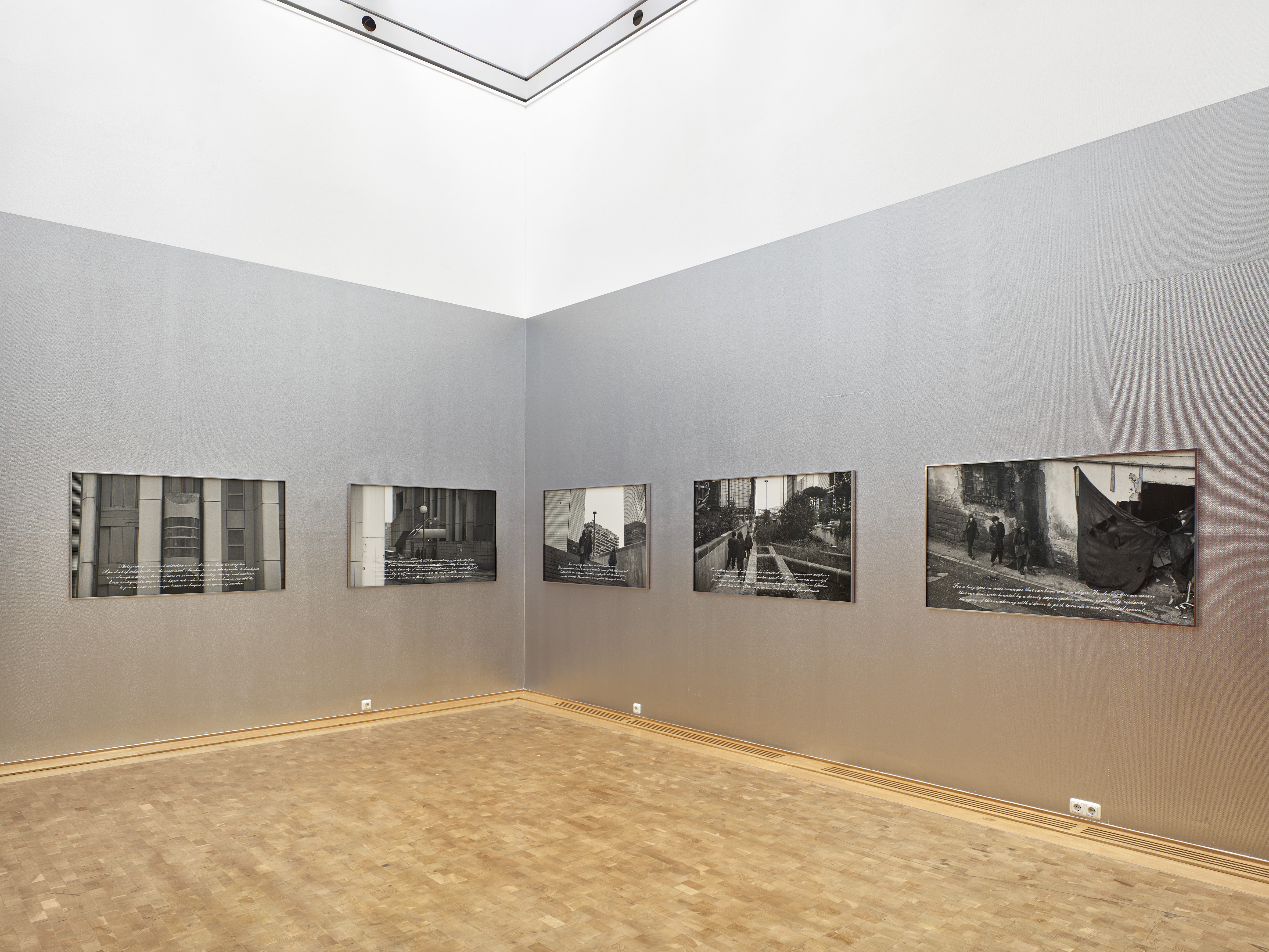 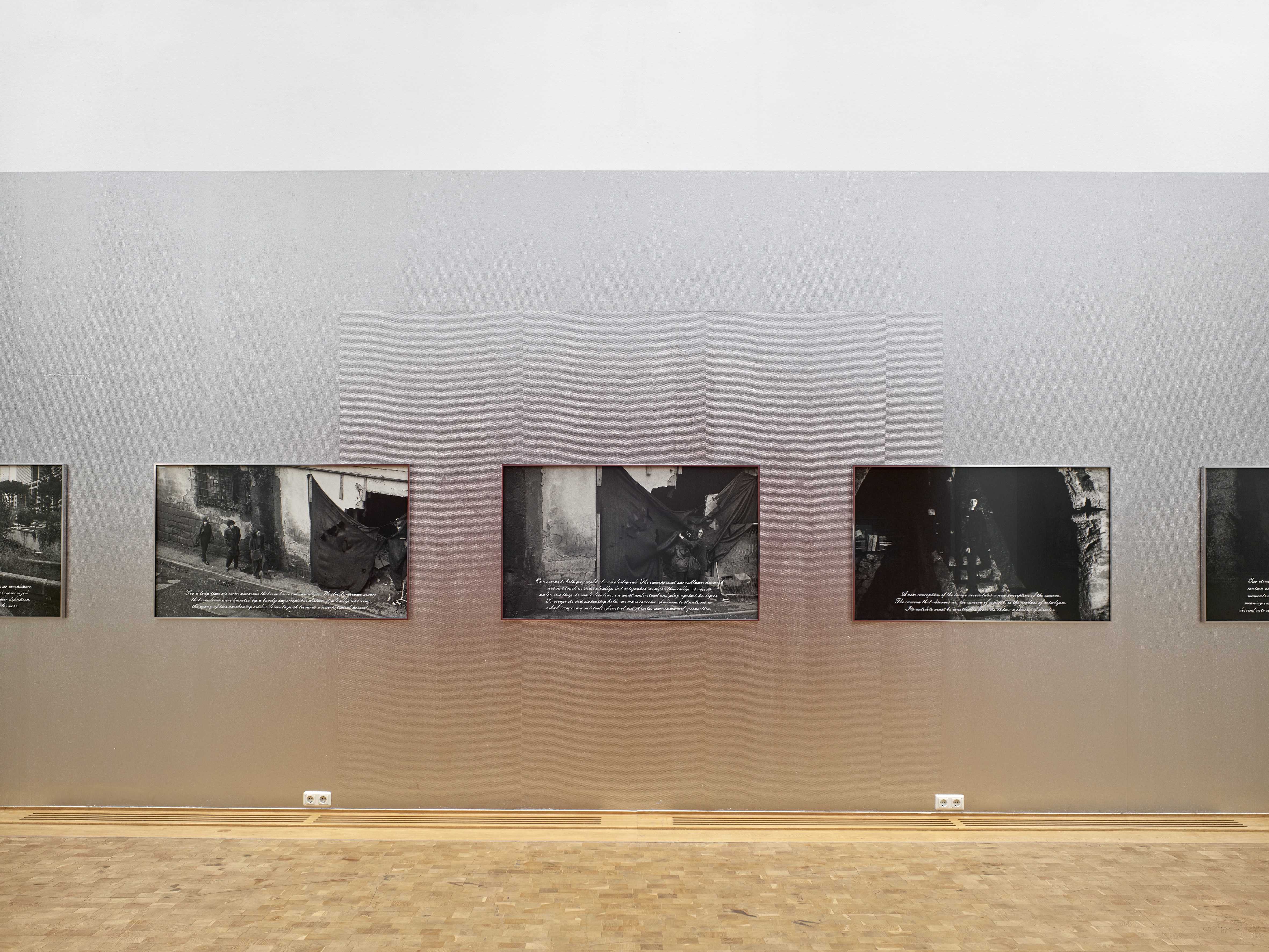 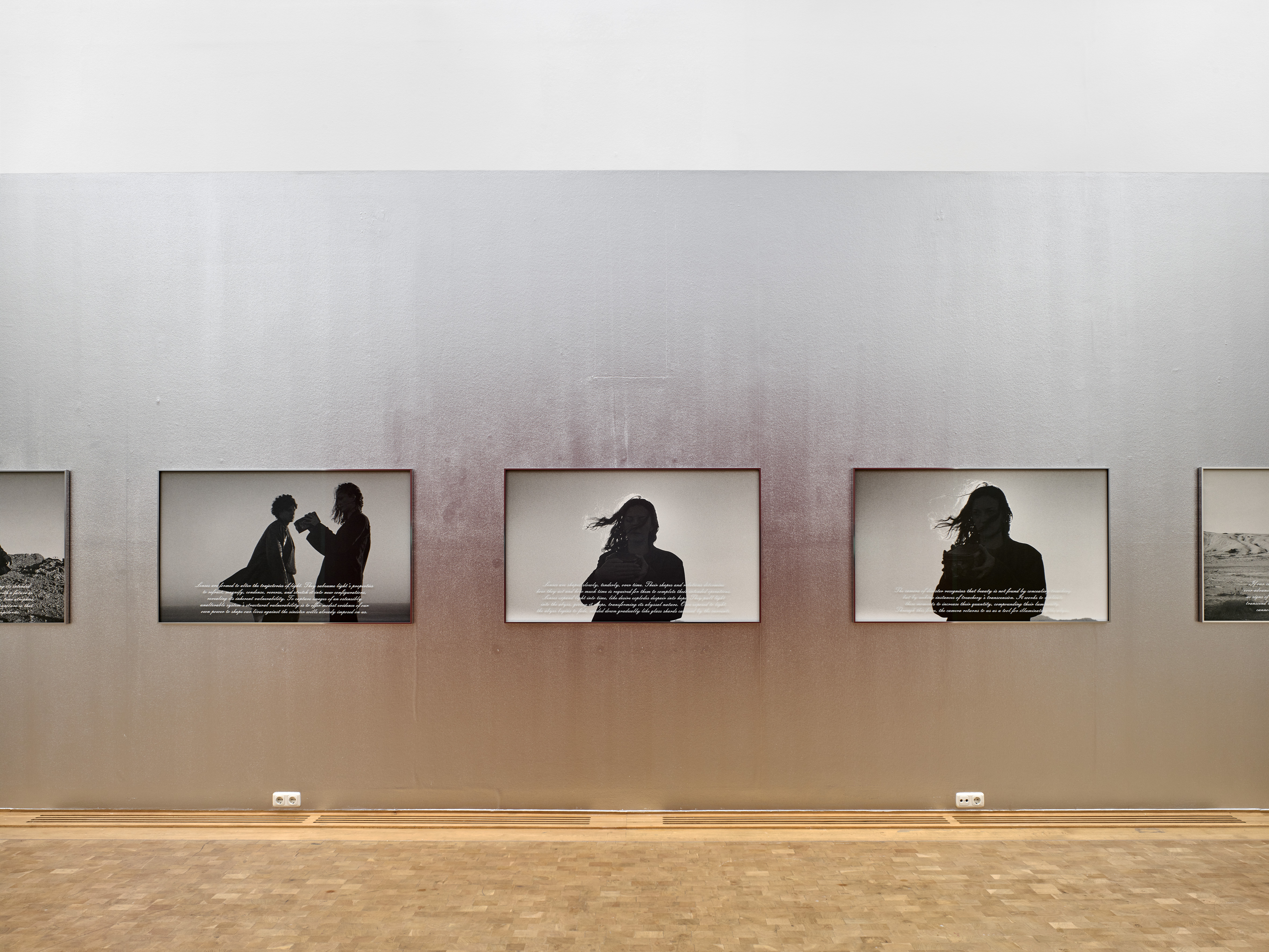 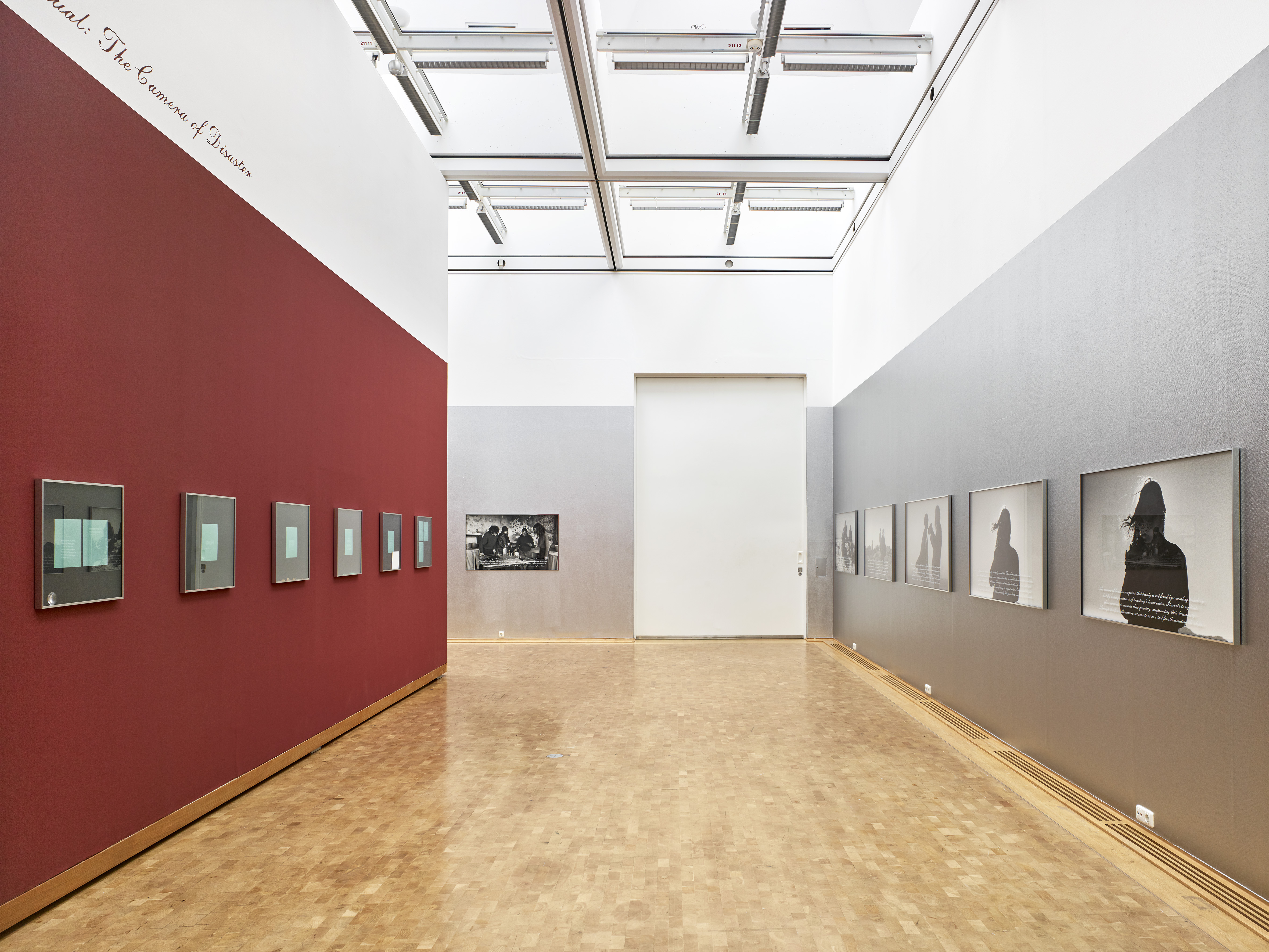 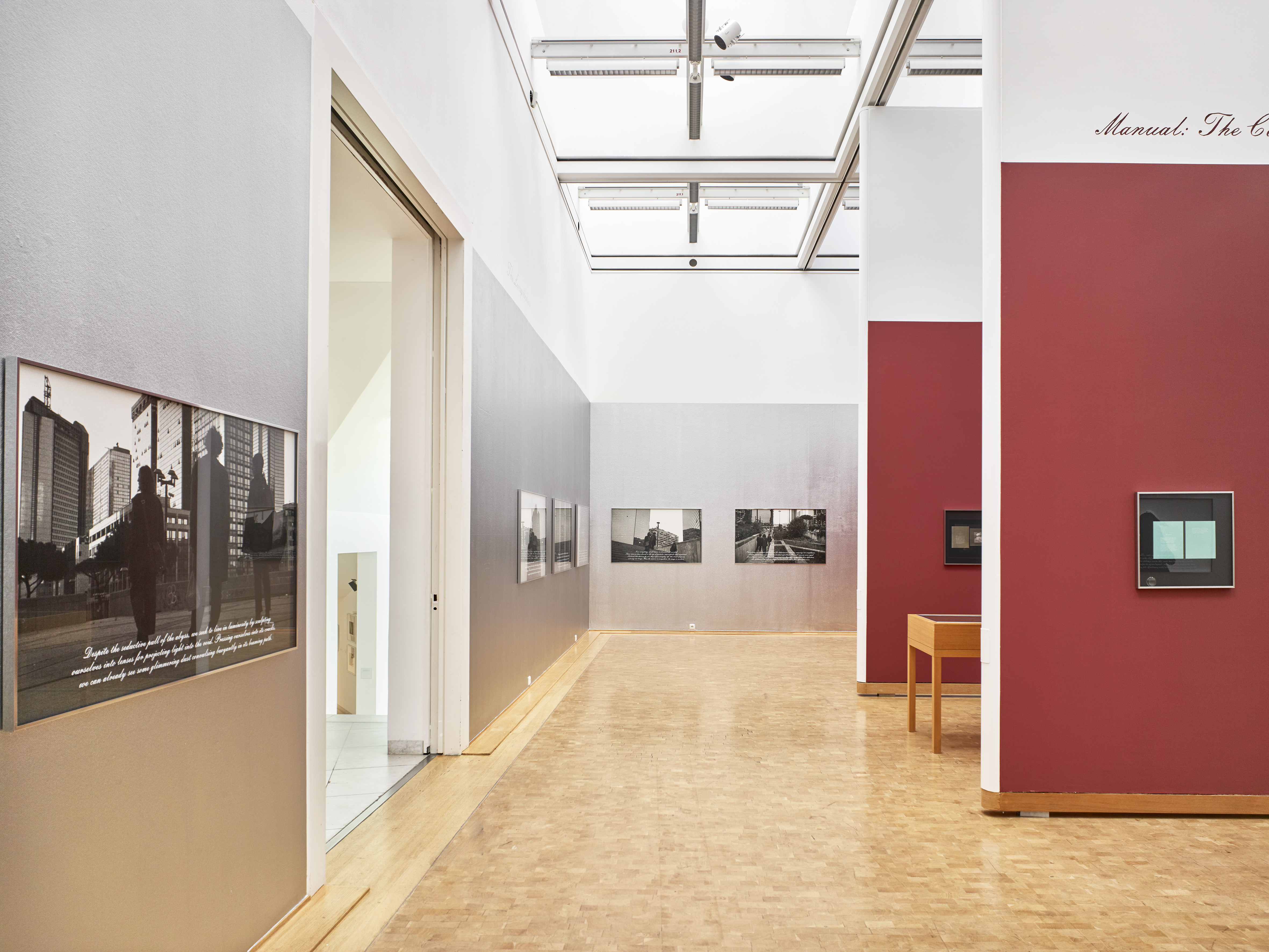 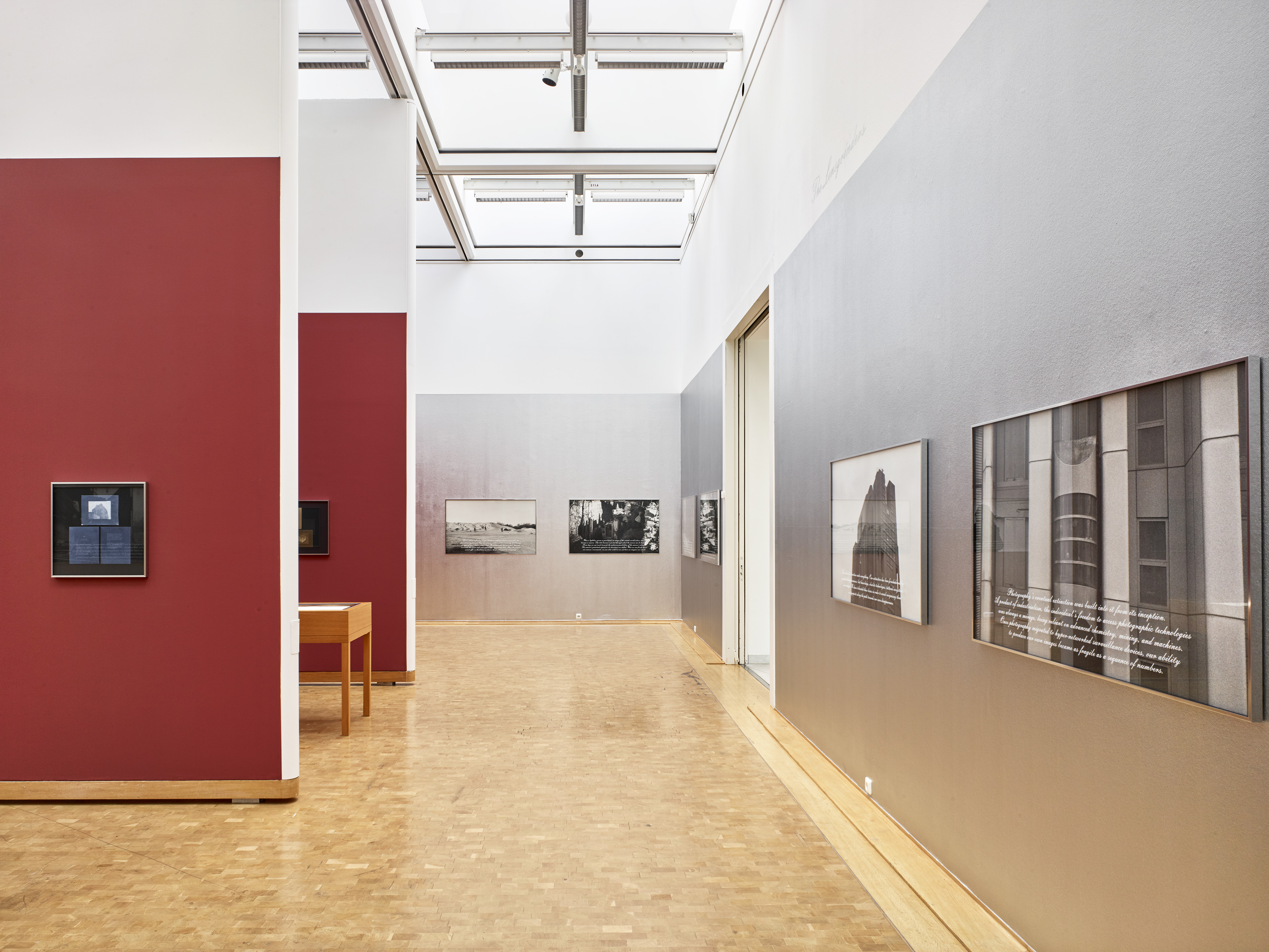 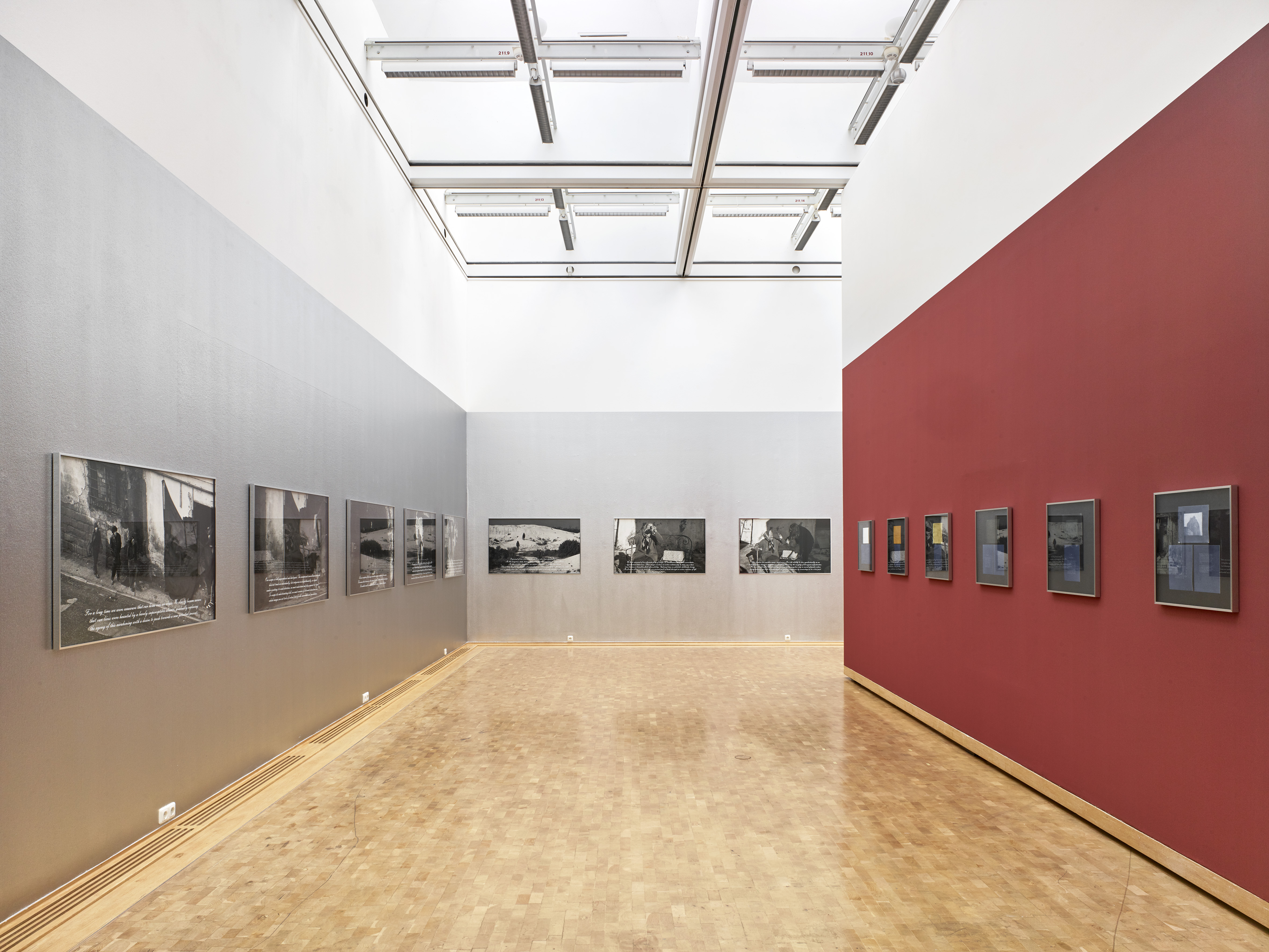 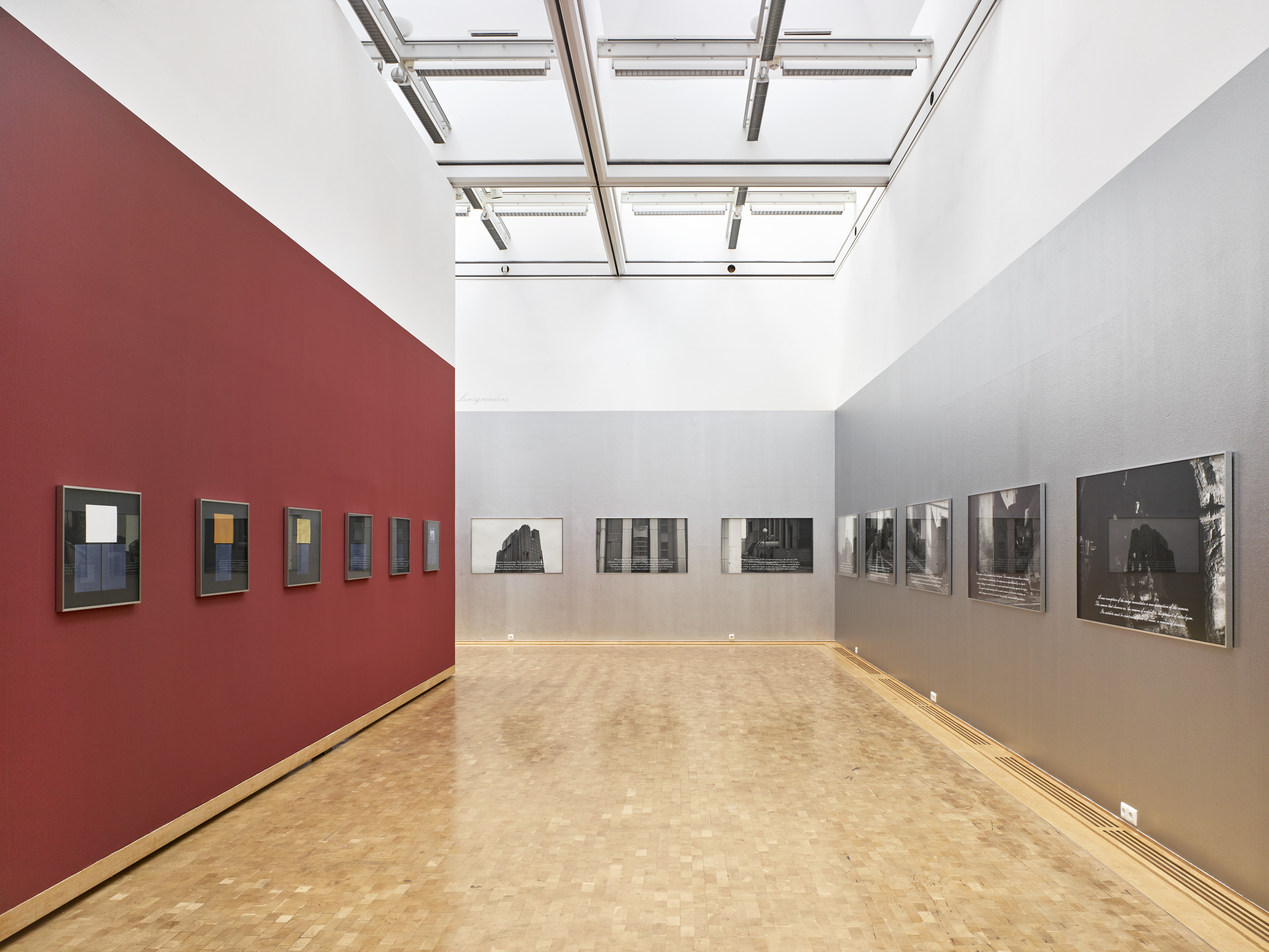 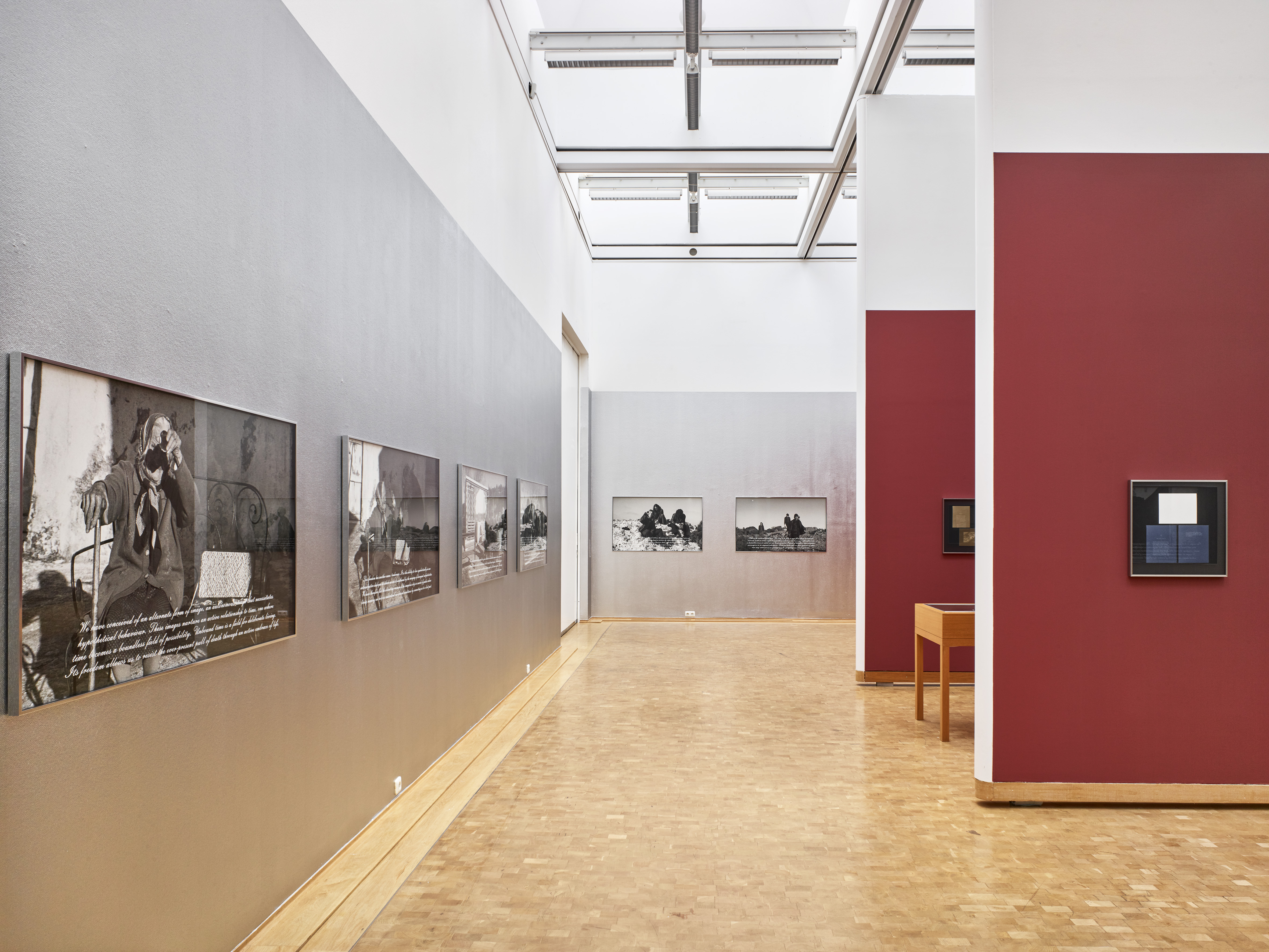 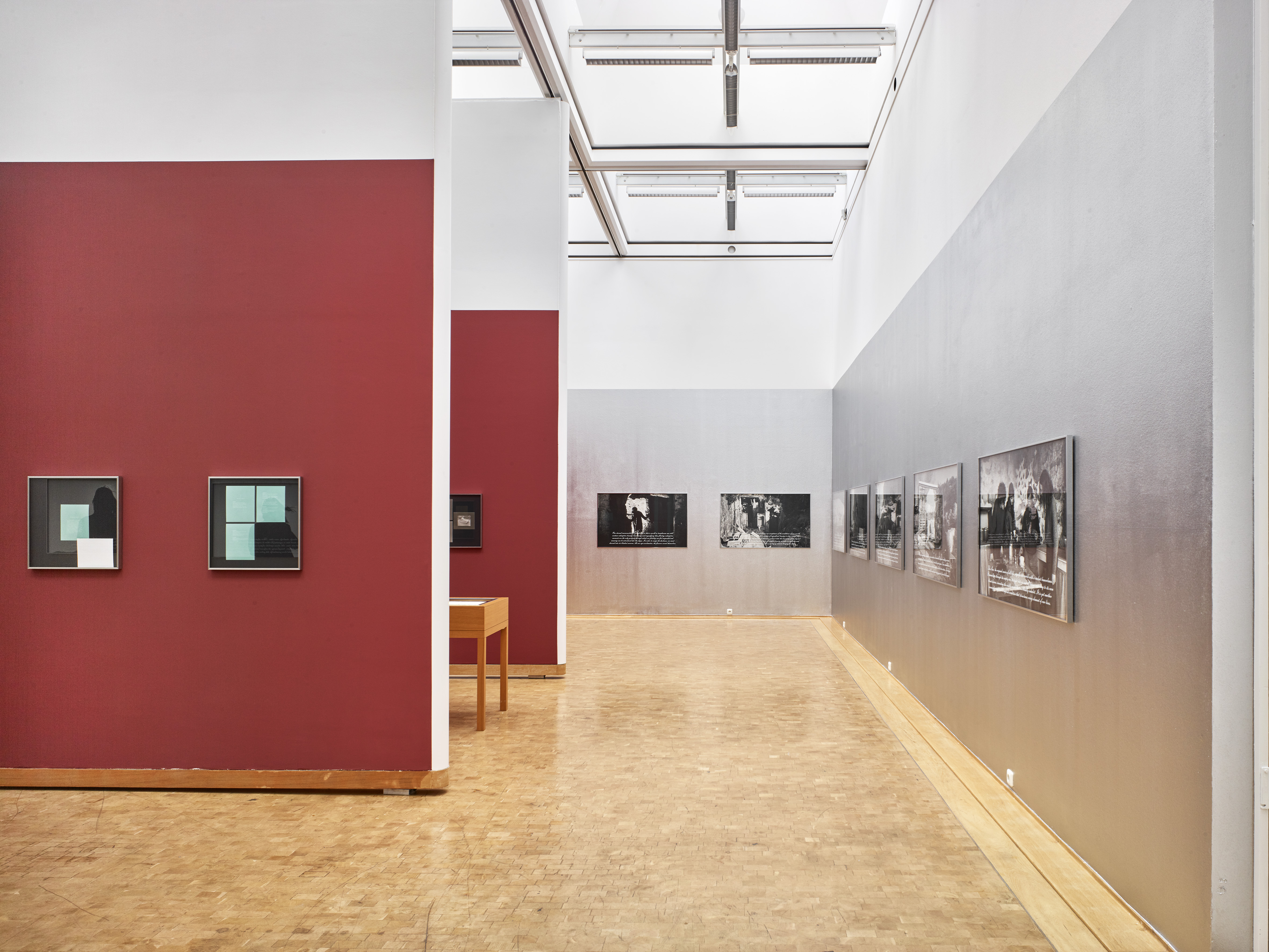 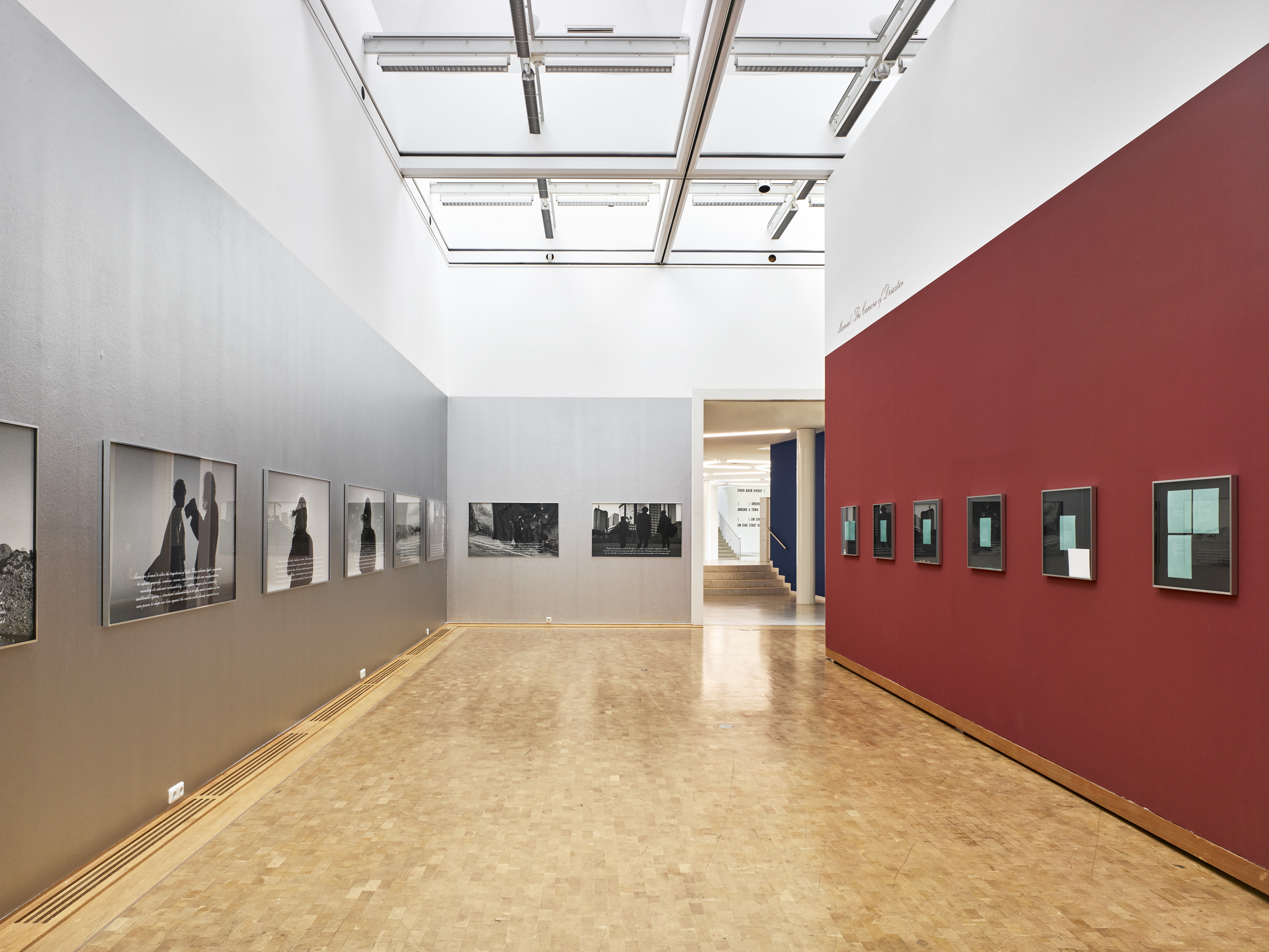 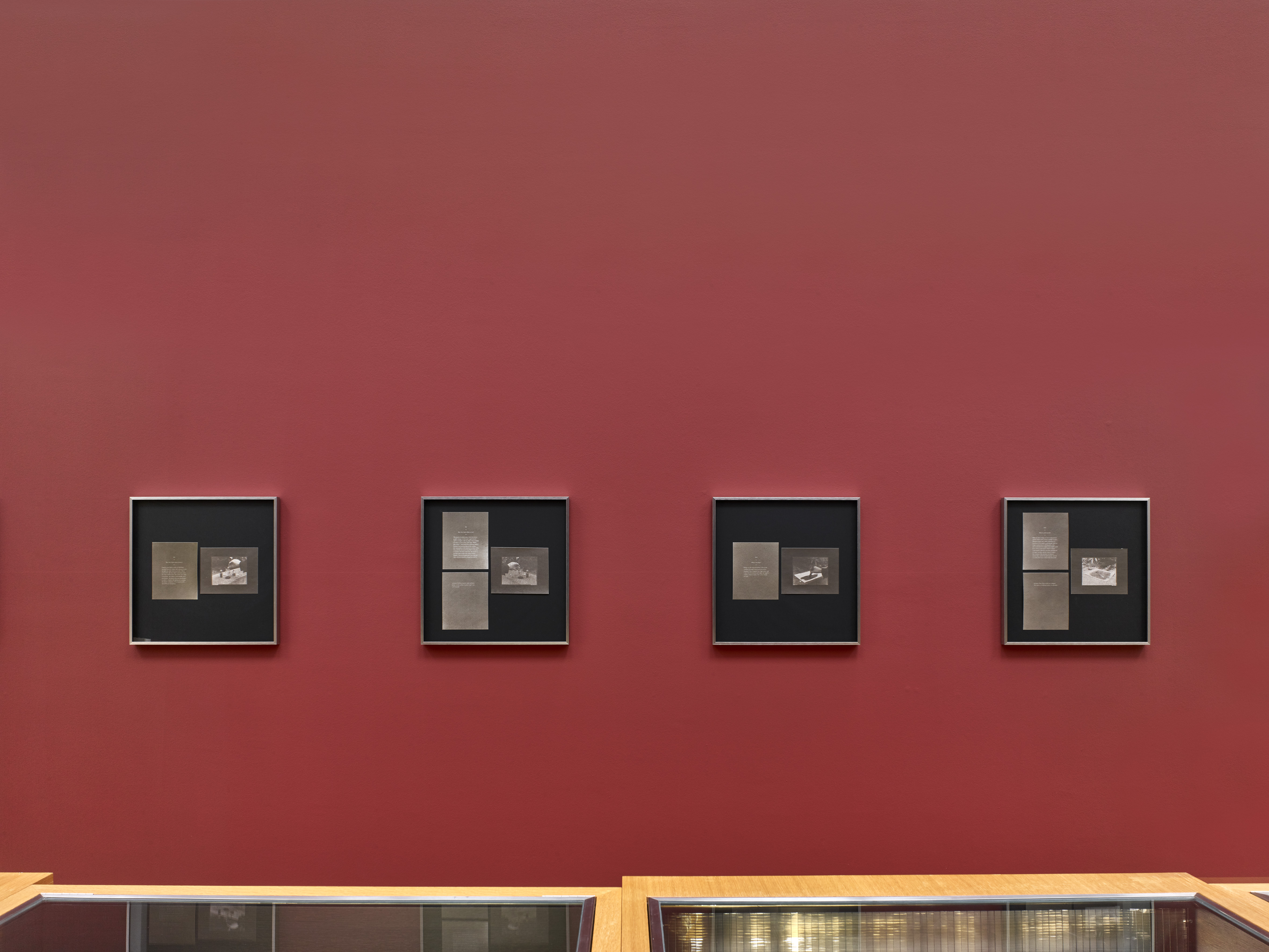 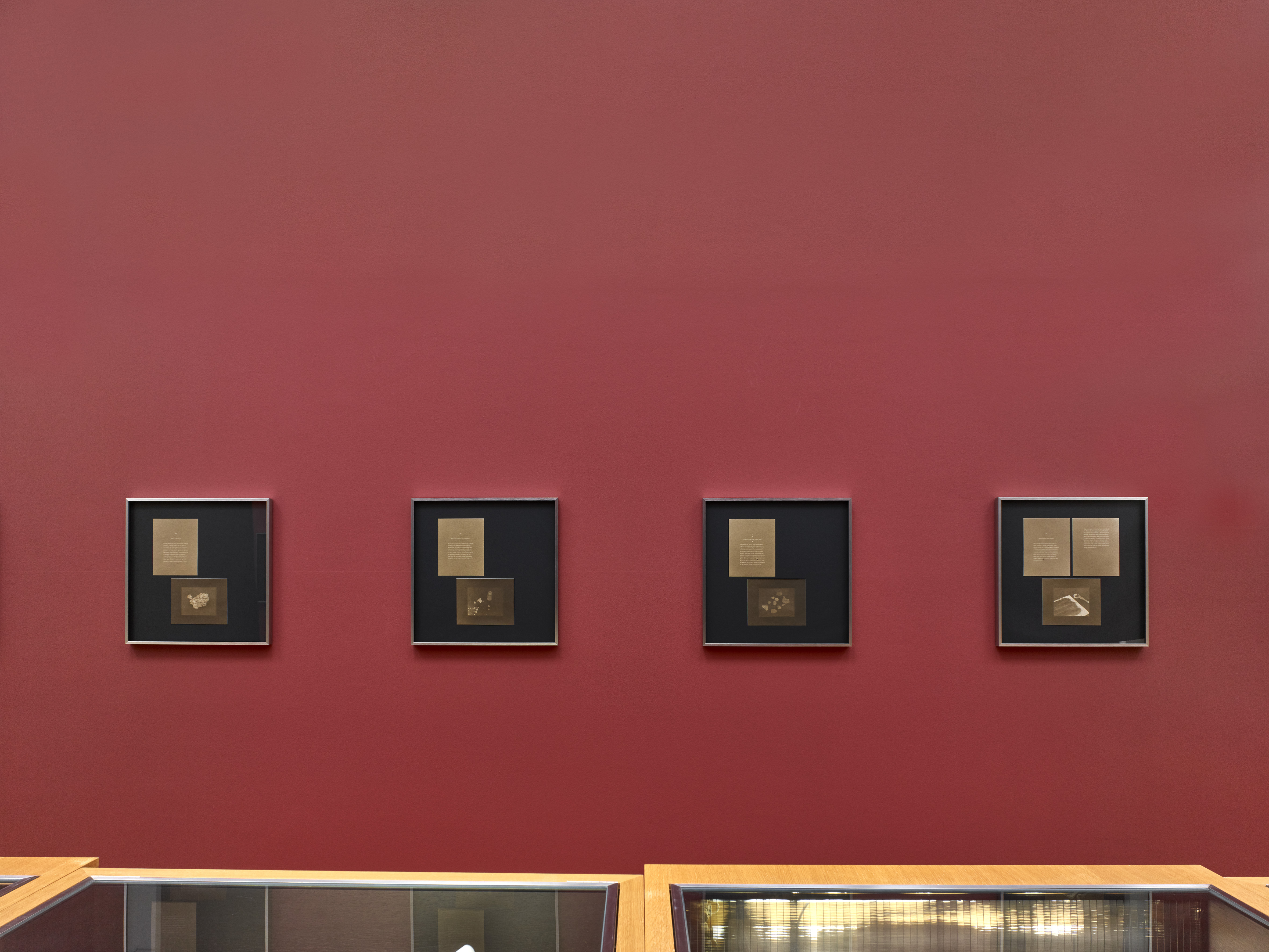 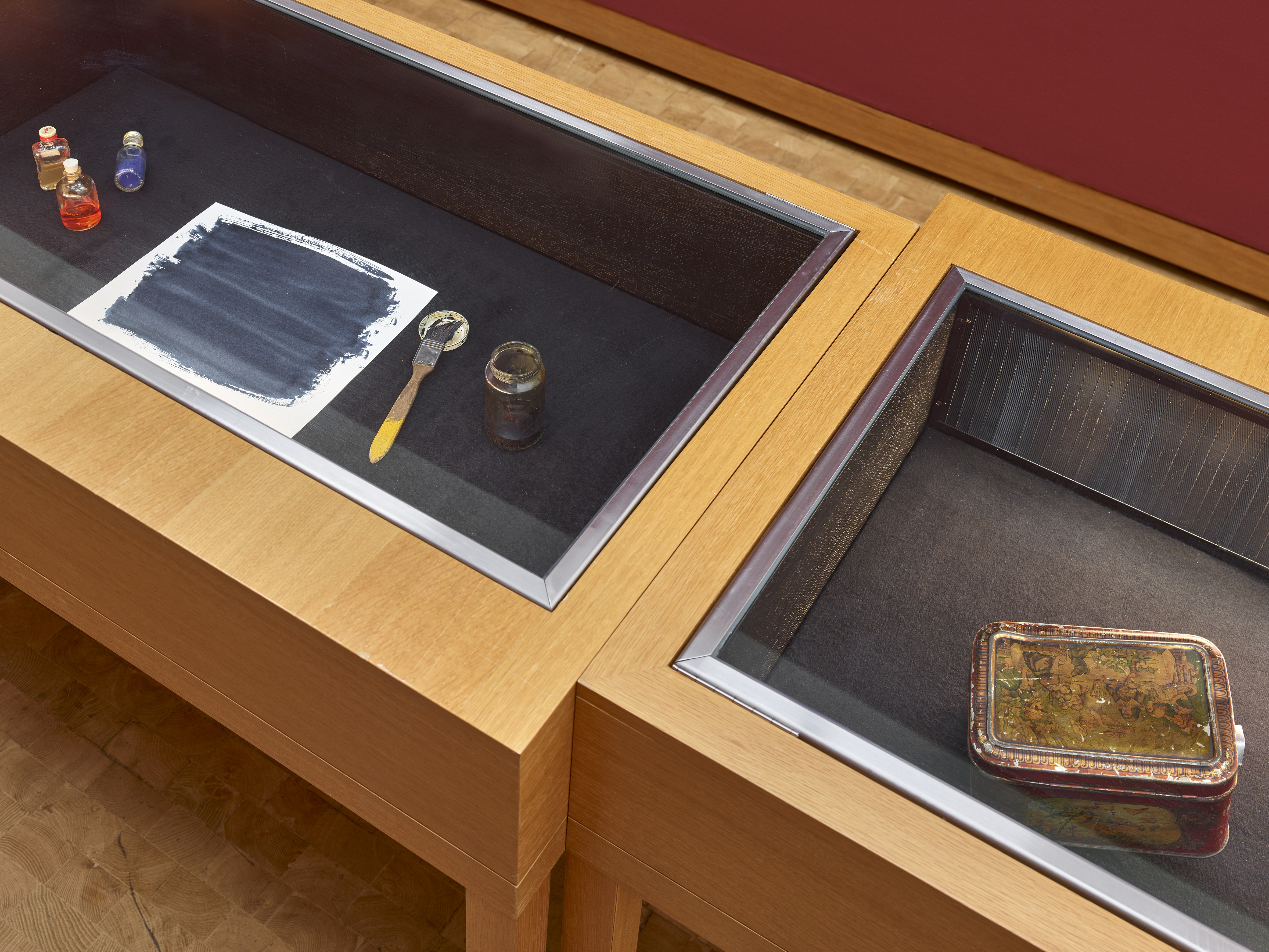 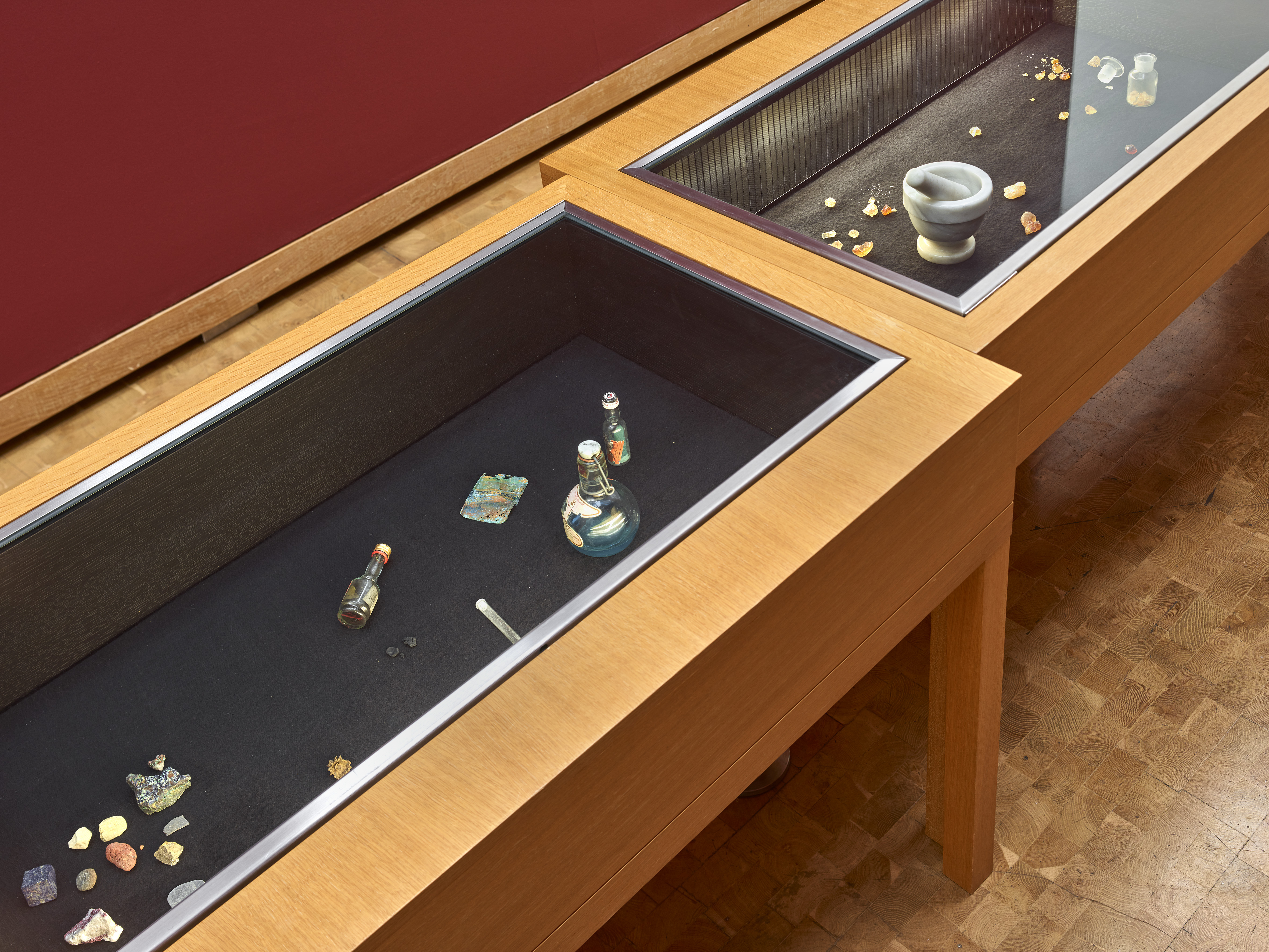 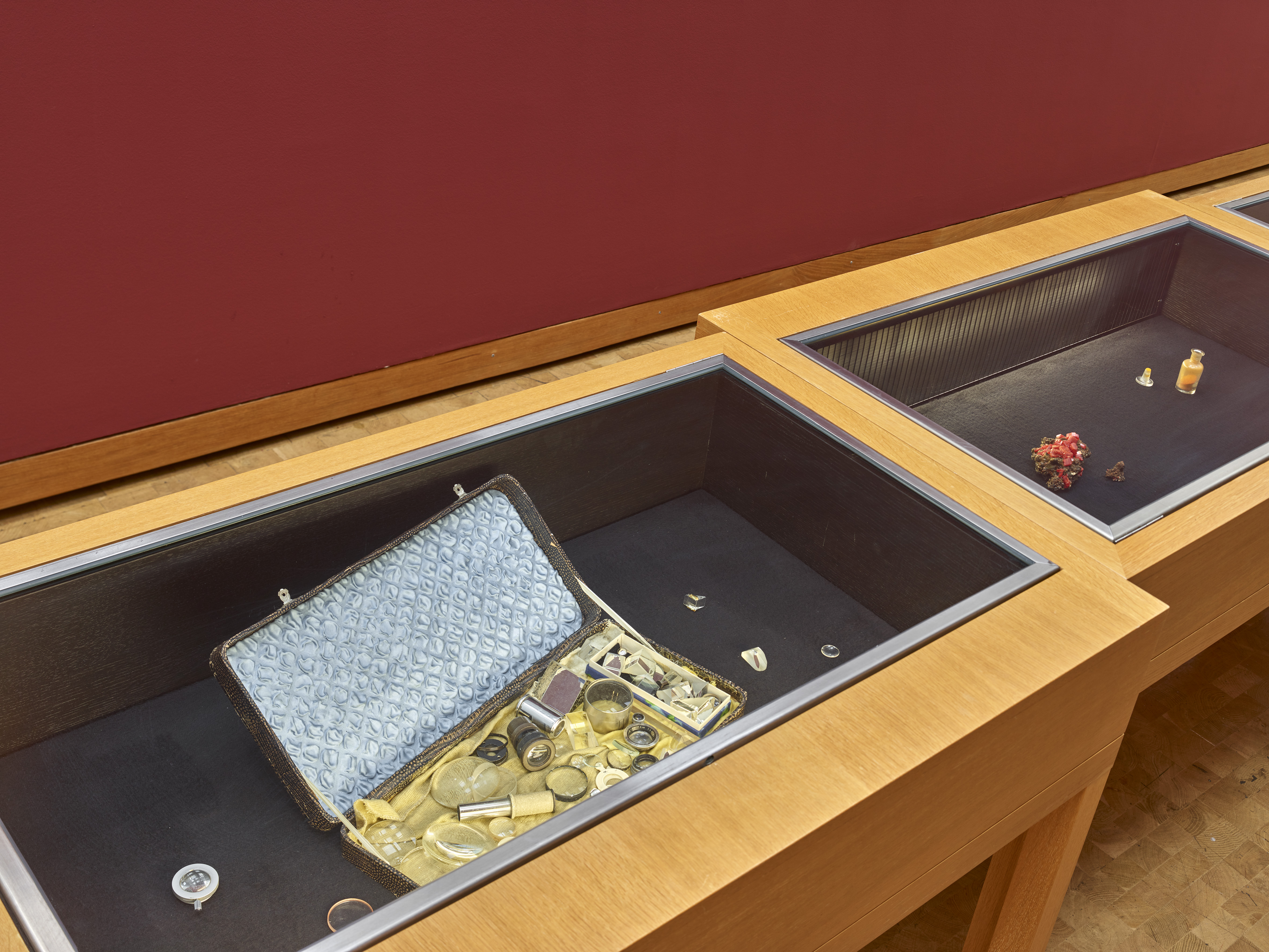 All images are installation views; courtesy of the artist and Tanya Leighton, Berlin and Los Angeles. Photography: Achim Kukulies.
Studio for Propositional Cinema's exhibition The Camera of Disaster responds to photography’s present status as a medium on the brink of extinction, proposing techniques to preserve it while reimagining its future. The exhibition is framed by The Lensgrinders, a new dystopian narrative work comprising text and photographs, that tells the story of a group of dissidents who attempt to reinvent photography to free it from authoritarian control. Nested within the narrative is “Manual: The Camera of Disaster,” a survival kit—loosely structured on William Henry Fox Talbot’s 1844 book The Pencil of Nature—containing knowledge and tools necessary to detangle the photographic process from the annihilative logic of industrialism and the algorithmitisation of desire.
The Camera of Disaster aims to reclaim the means of production in order to imagine a form of
image-making that could be preserved within futures where photography is made illegal, or the
technology is lost within disaster scenarios such as breakdowns of electricity grids or loss of
industrial production capabilities. Beyond a call to preserve photography itself, the work
highlights photography within a network of other communicational and expressive forms that
are being systematically ceded to corporations and governments that can then, at will, control
their use. By insisting on the continued possibilities of what photography could still become, we can attempt to resuscitate it and give it, and the world it depicts, another future.
Comprised of large-scale photographic and textual elements, this installation builds on
Studio for Propositional Cinema’s practice of exhibition-making in which the exhibition format
itself is utilised as a temporal narrative form. The Camera of Disaster offers a quasi-cinematic
experience that the spectators unravel as they traverse the exhibition, its dialogue, and its
images: a dismantled disaster film with a cautiously hopeful ending.
The exhibition is accompanied by a new box catalogue with contributions by David Campany,
Joanna Demers, Paulina Pobocha, and Jeff Wall. It will be launched at Museum Abteiberg’s 40th anniversary celebration on 23 June 2022. Studio for Propositional Cinema was inaugurated in Düsseldorf, Germany in 2013. Recent exhibitions and exhibition projects include Swallow Project Space, Vilnius, Lithuania (2021), Fondazione Morra Greco, Naples, Italy (2019), Kunst Halle Sankt Gallen, St. Gallen, Switzerland (2018), Kestner Gesellschaft, Hannover, Germany (2017), Swiss Institute, New York, USA (2017), Kunsthaus Bregenz, Austria (2016), Kunstverein für die Rheinlande und Westfalen, Düsseldorf, Germany (2016), and mumok, Vienna (2015). Their recent collection of writings, Myths and Manifestos, was published by Kunstverein München and Verlag der Büchhandlung Walther und Franz König in 2021.
The Camera of Disaster is funded by the Hans Fries Stiftung, Stiftung Kunstfonds and the
Embassy of Canada, generously supported by RECOM ART and HALBE Rahmen.
Newer Post Older Post Home