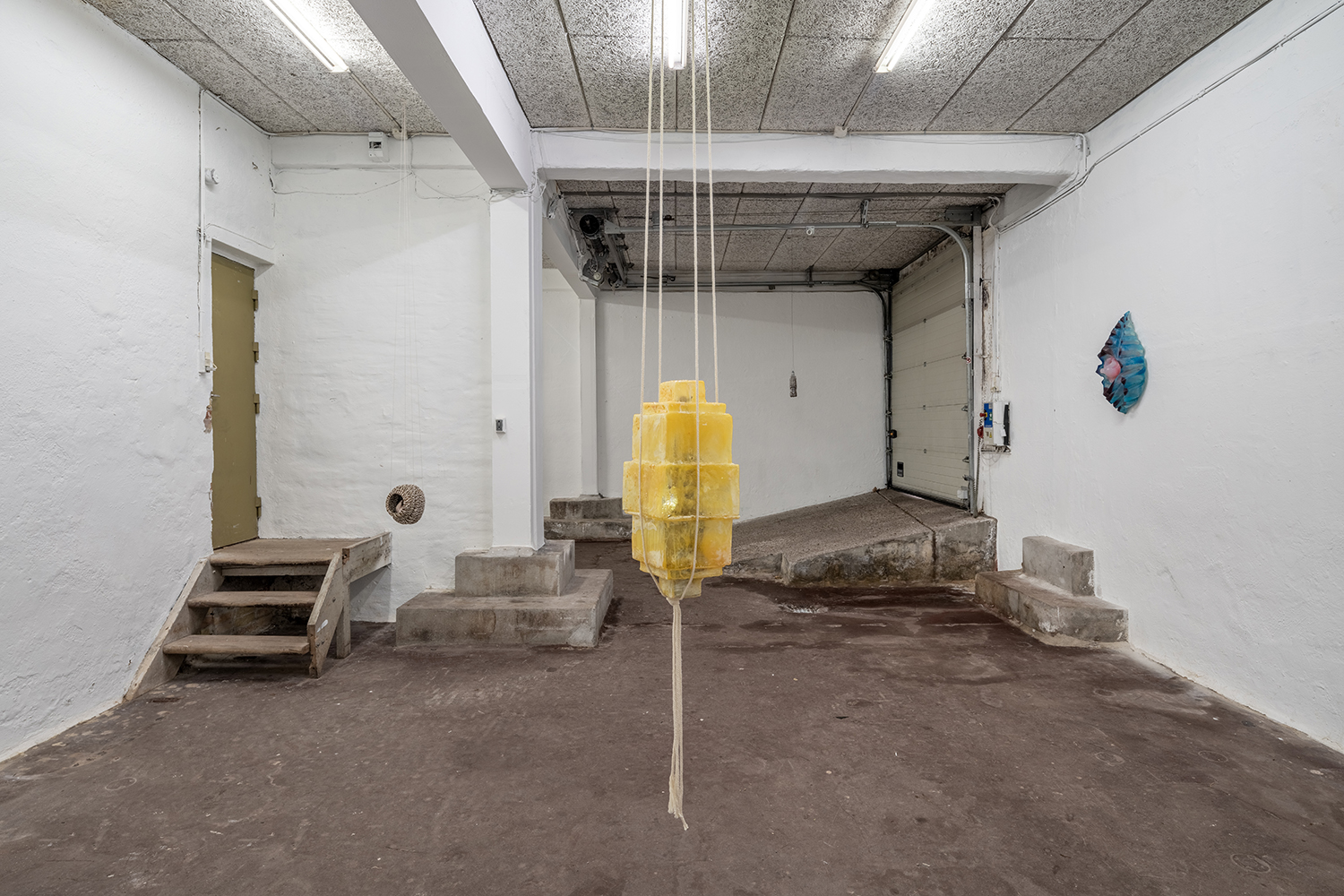 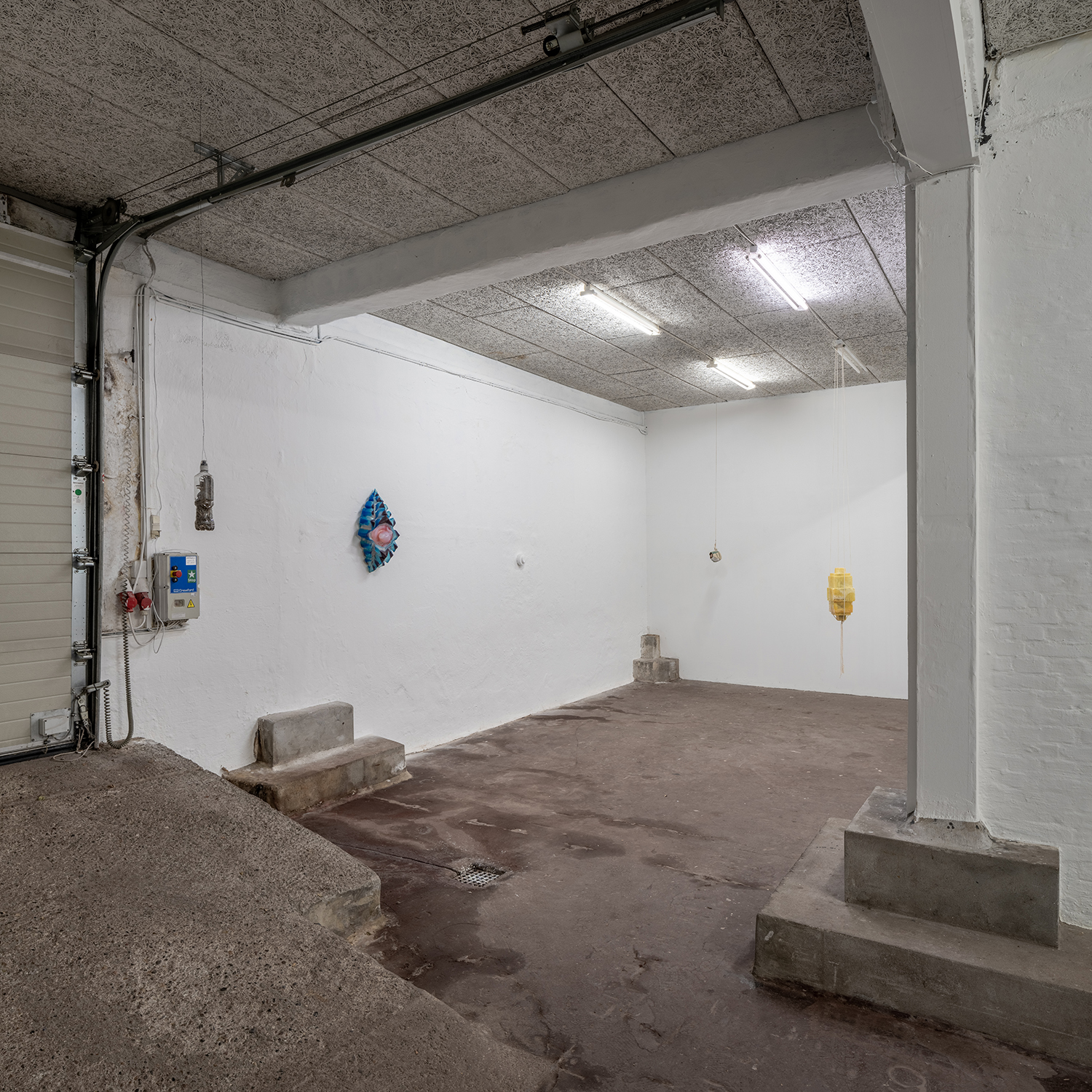 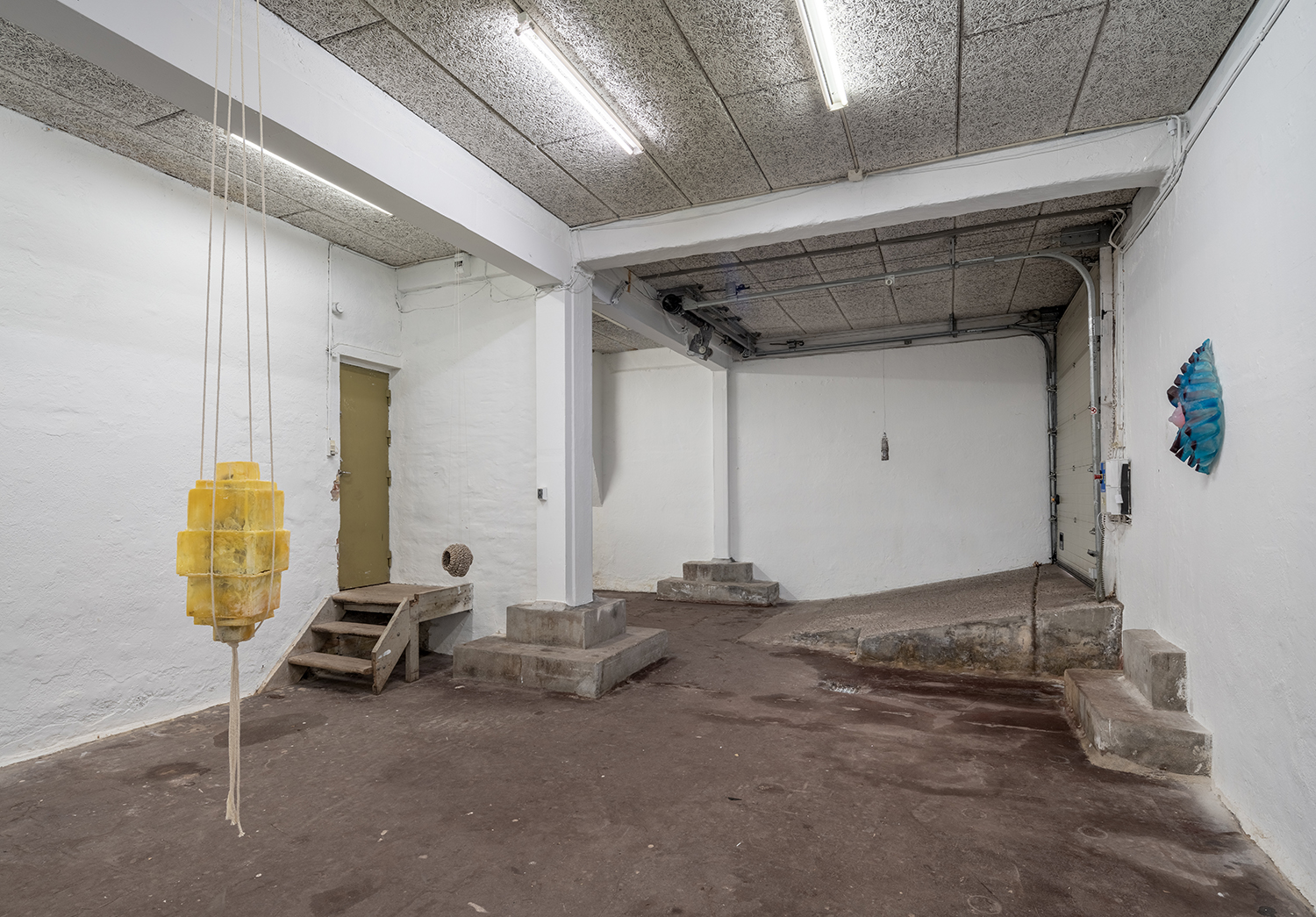 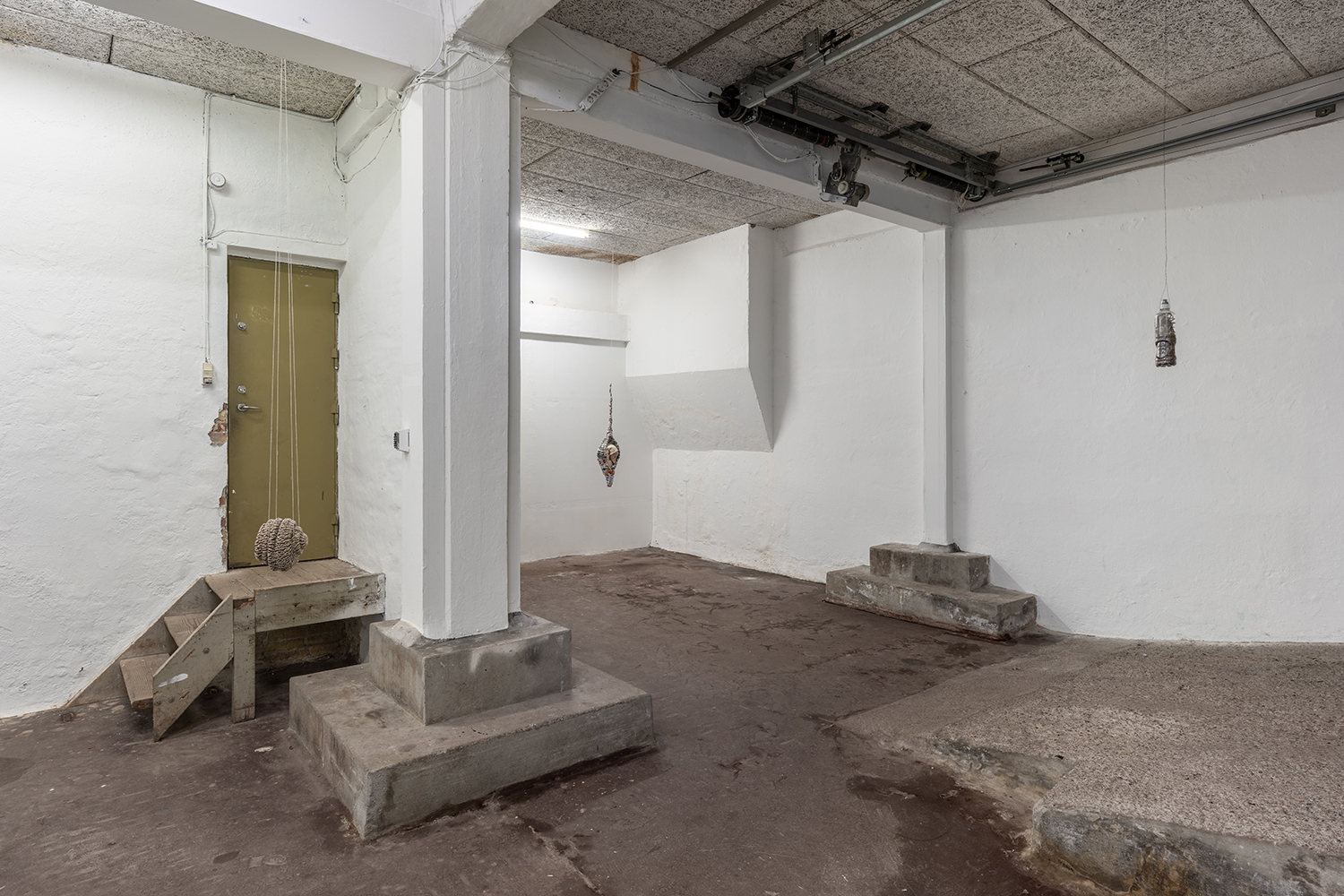 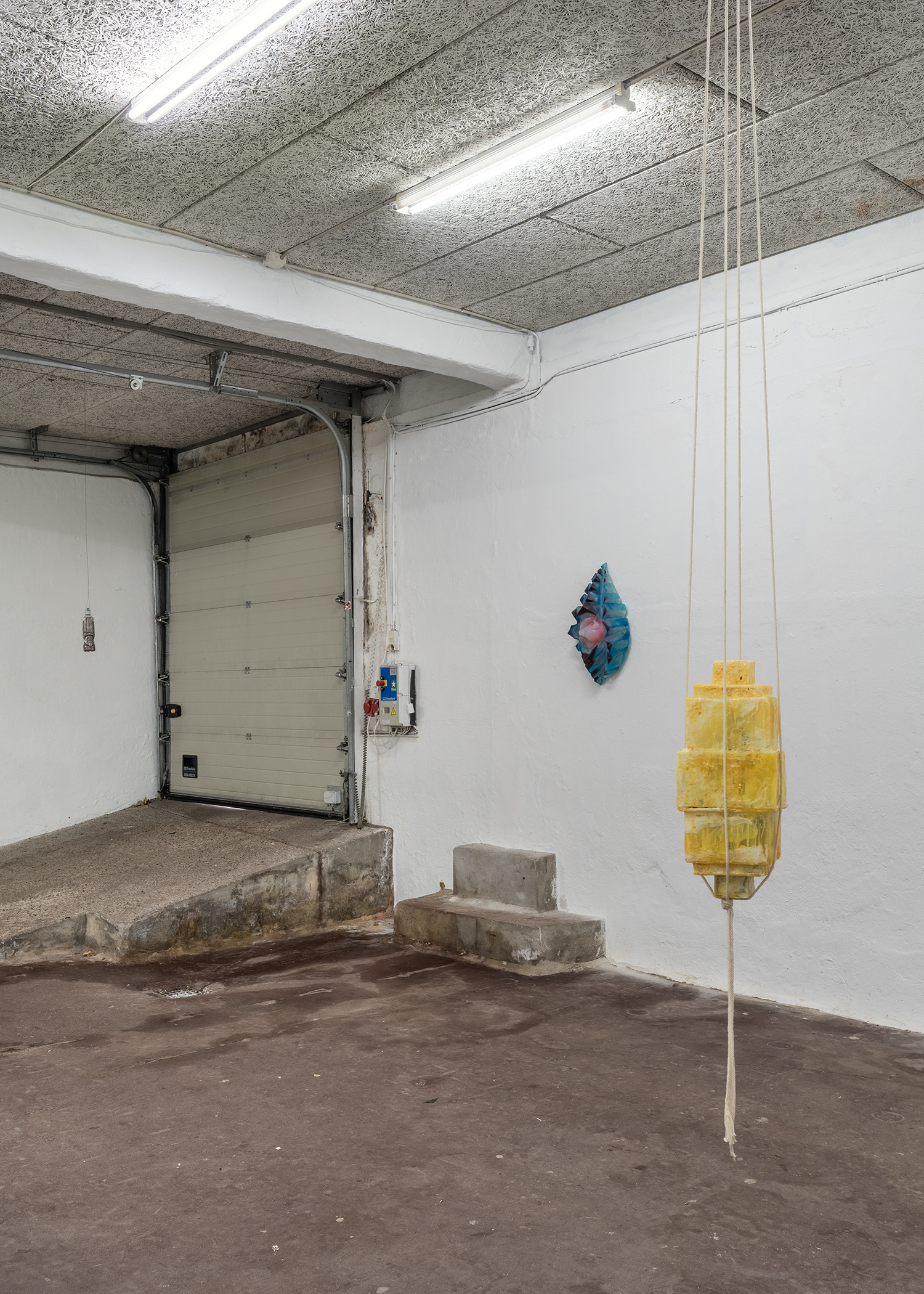 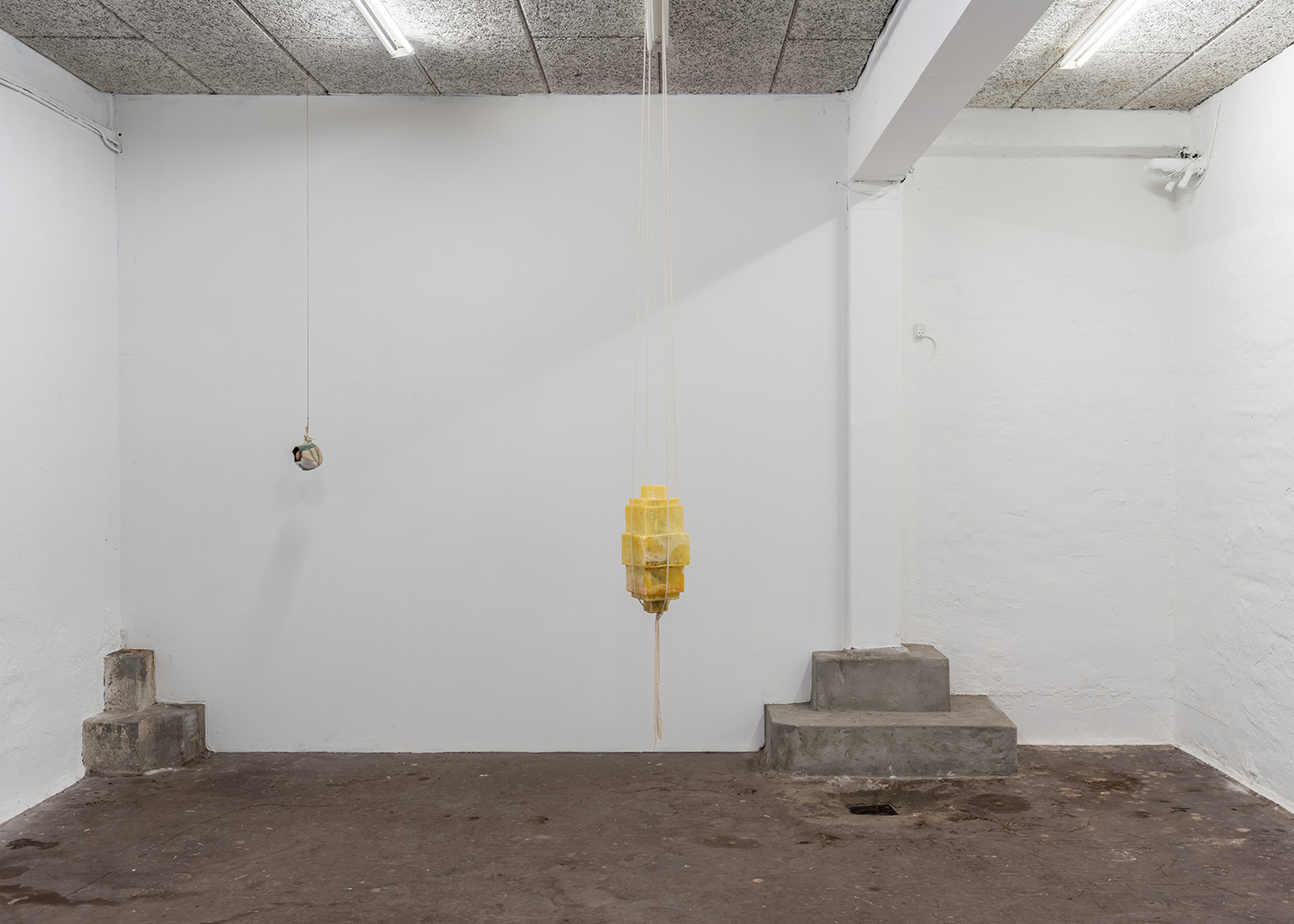 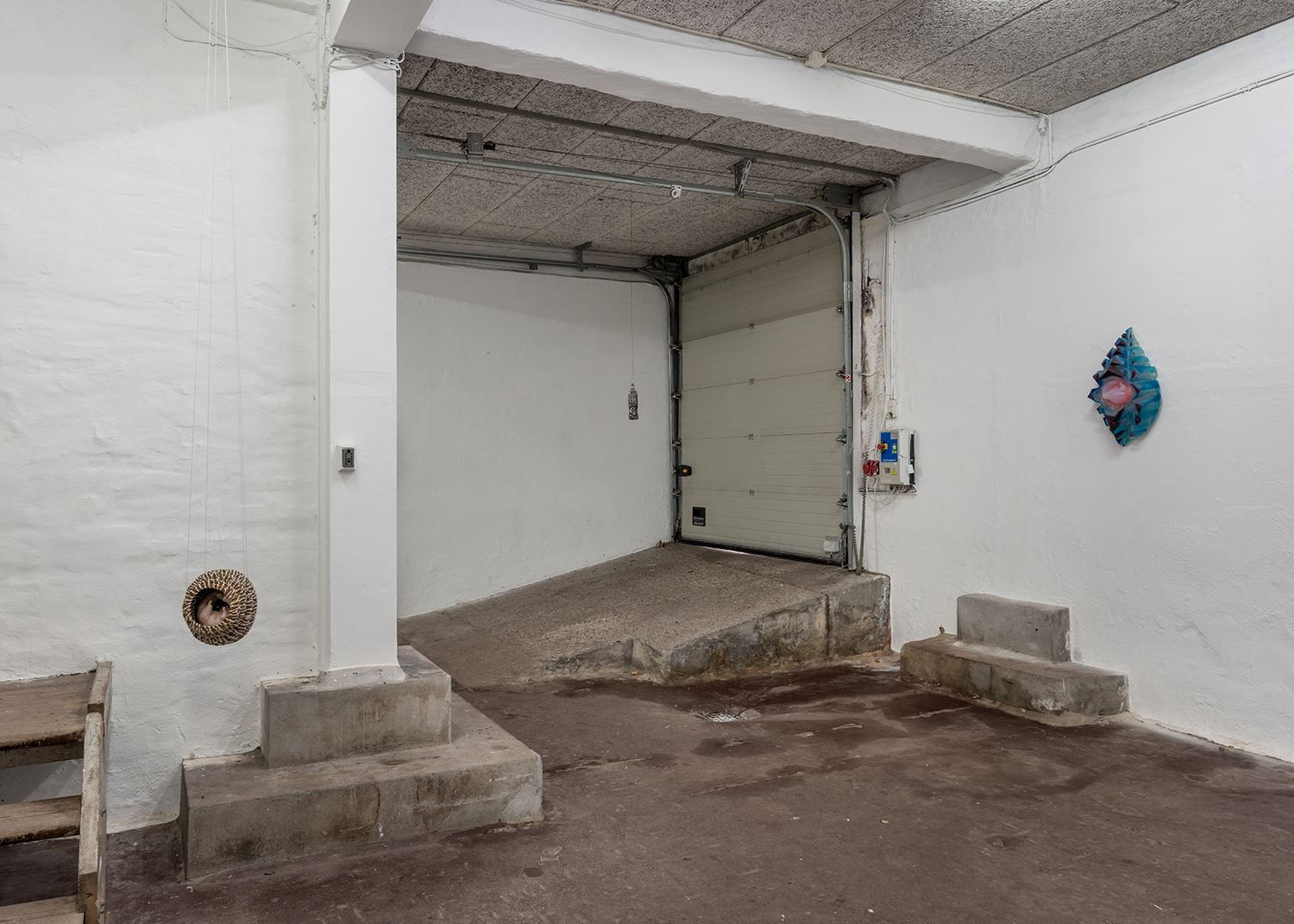 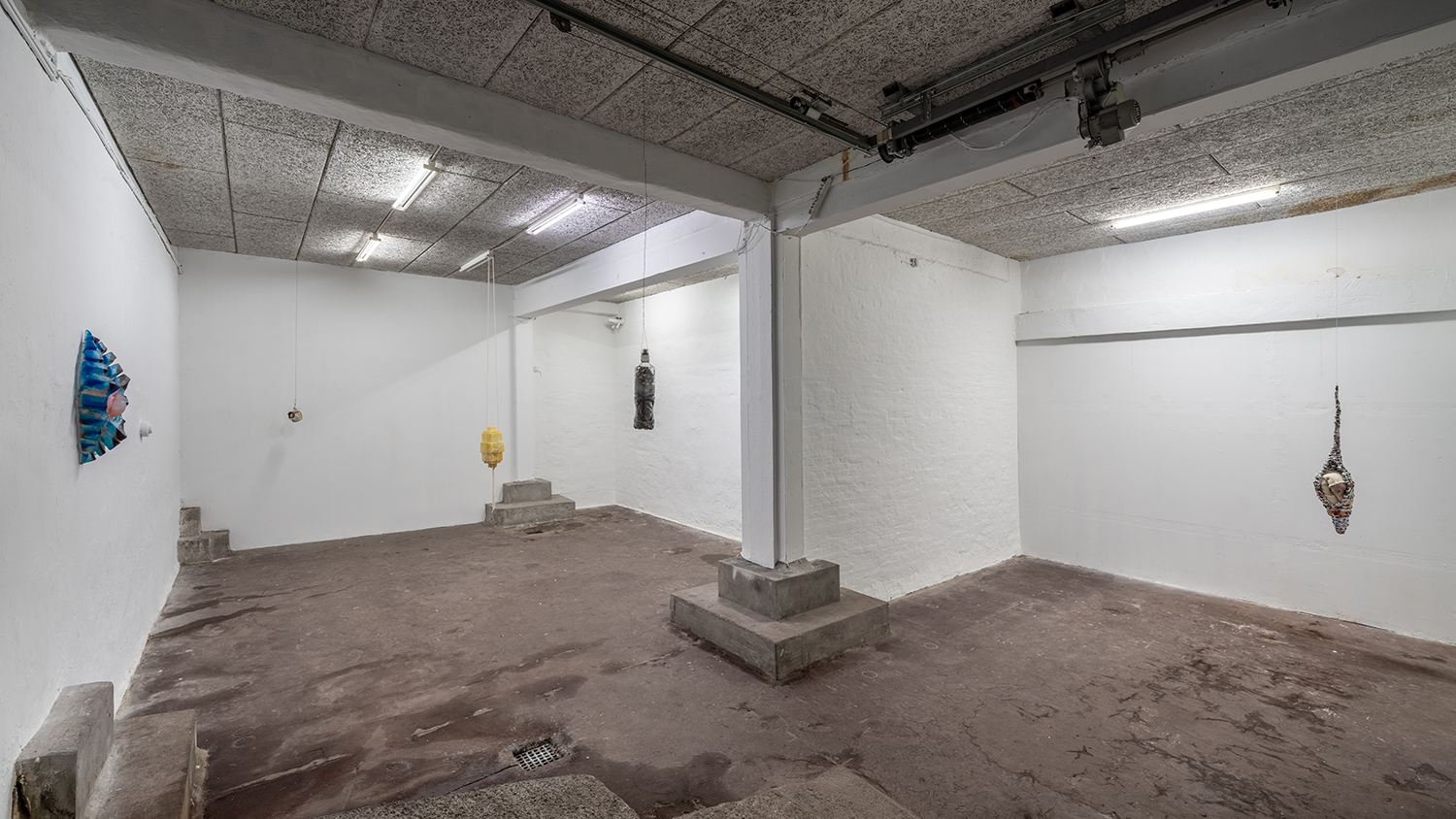 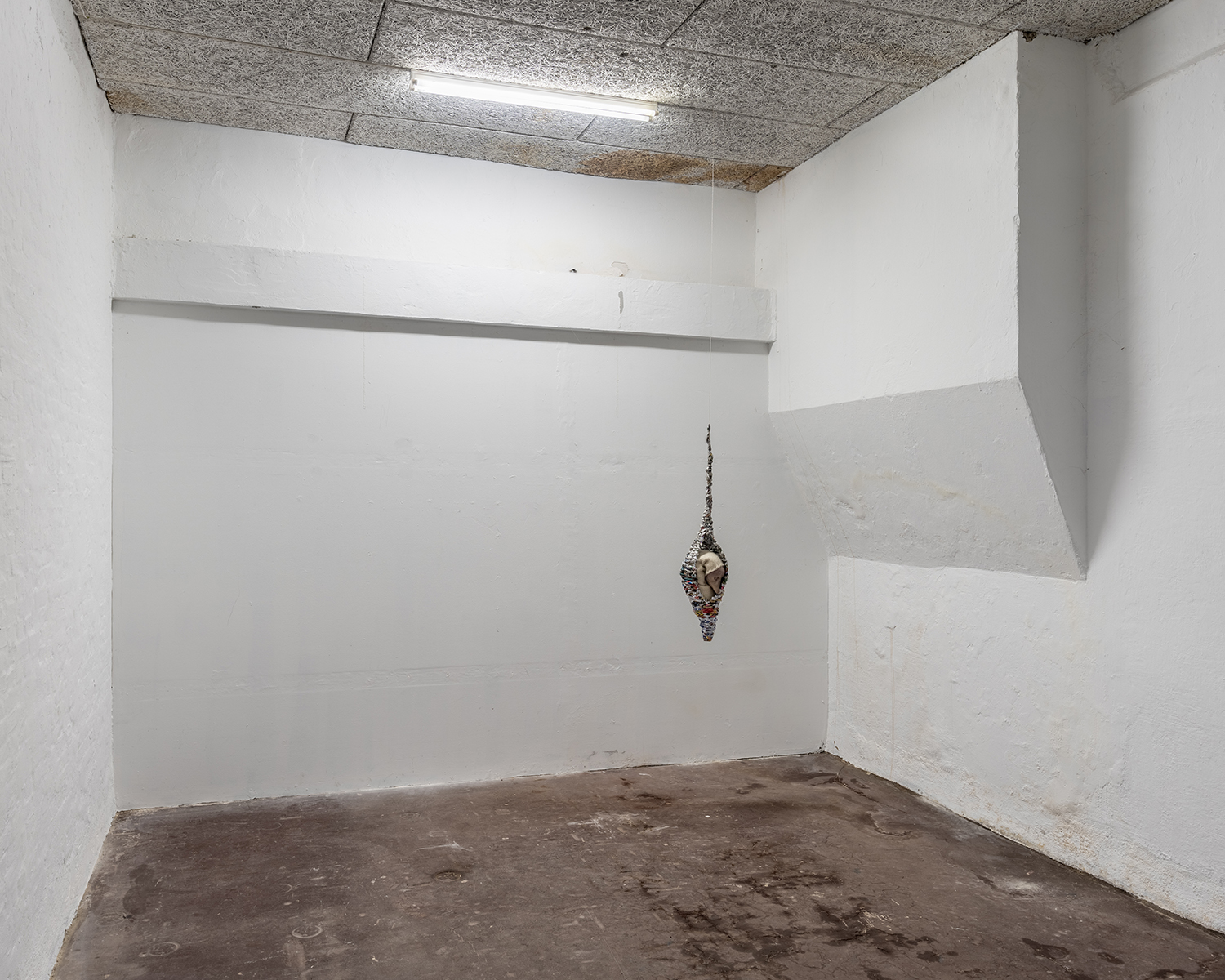 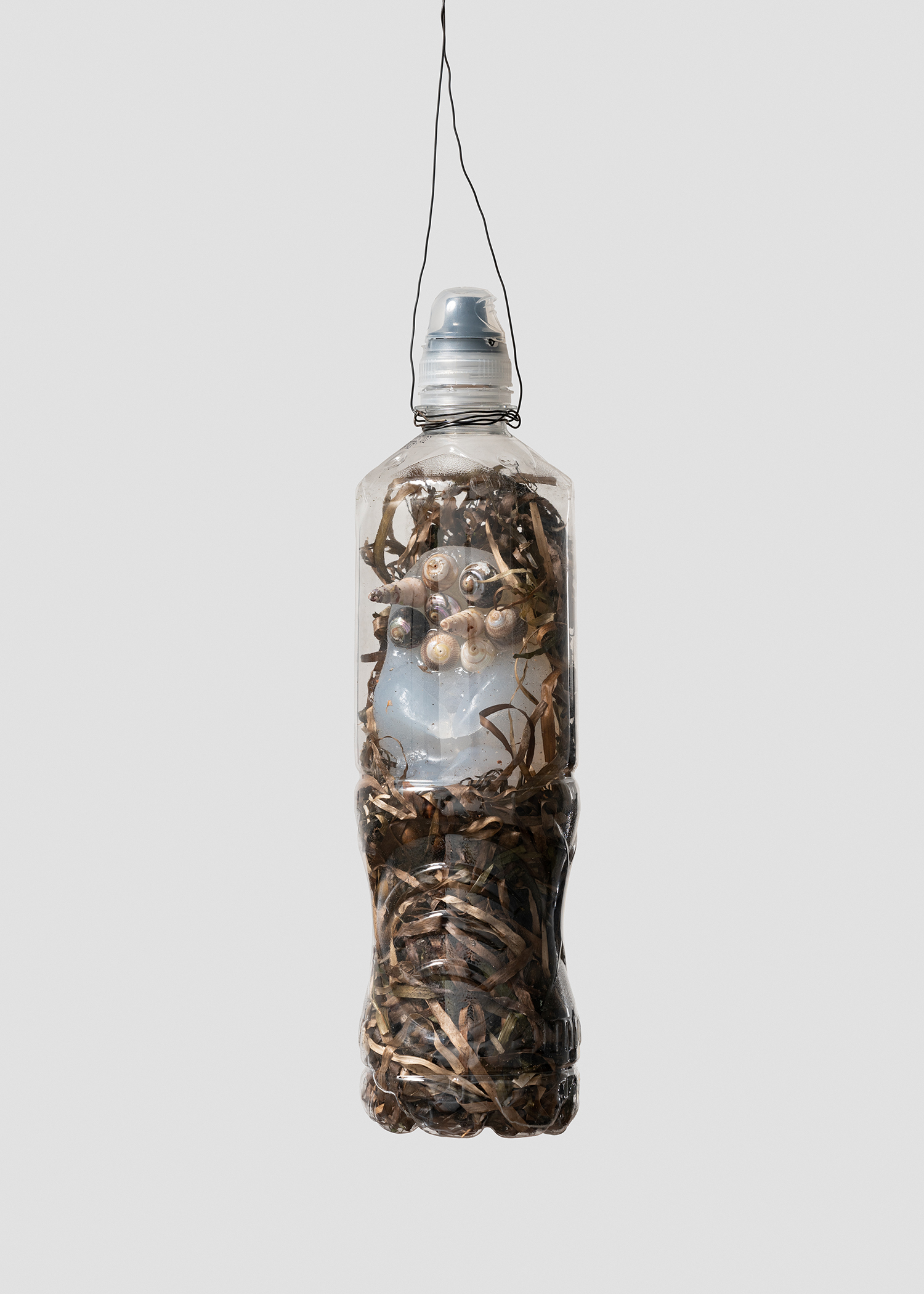 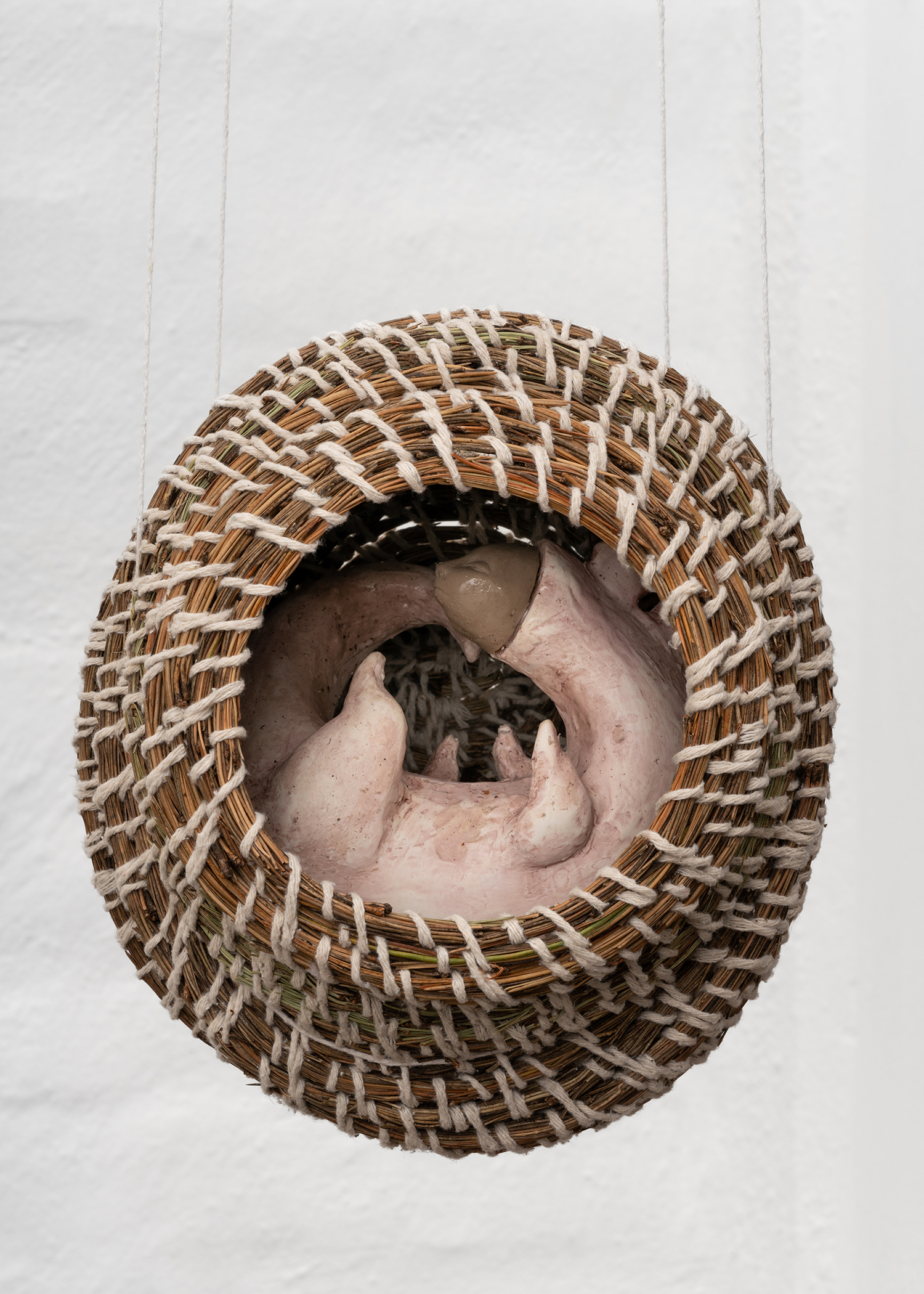 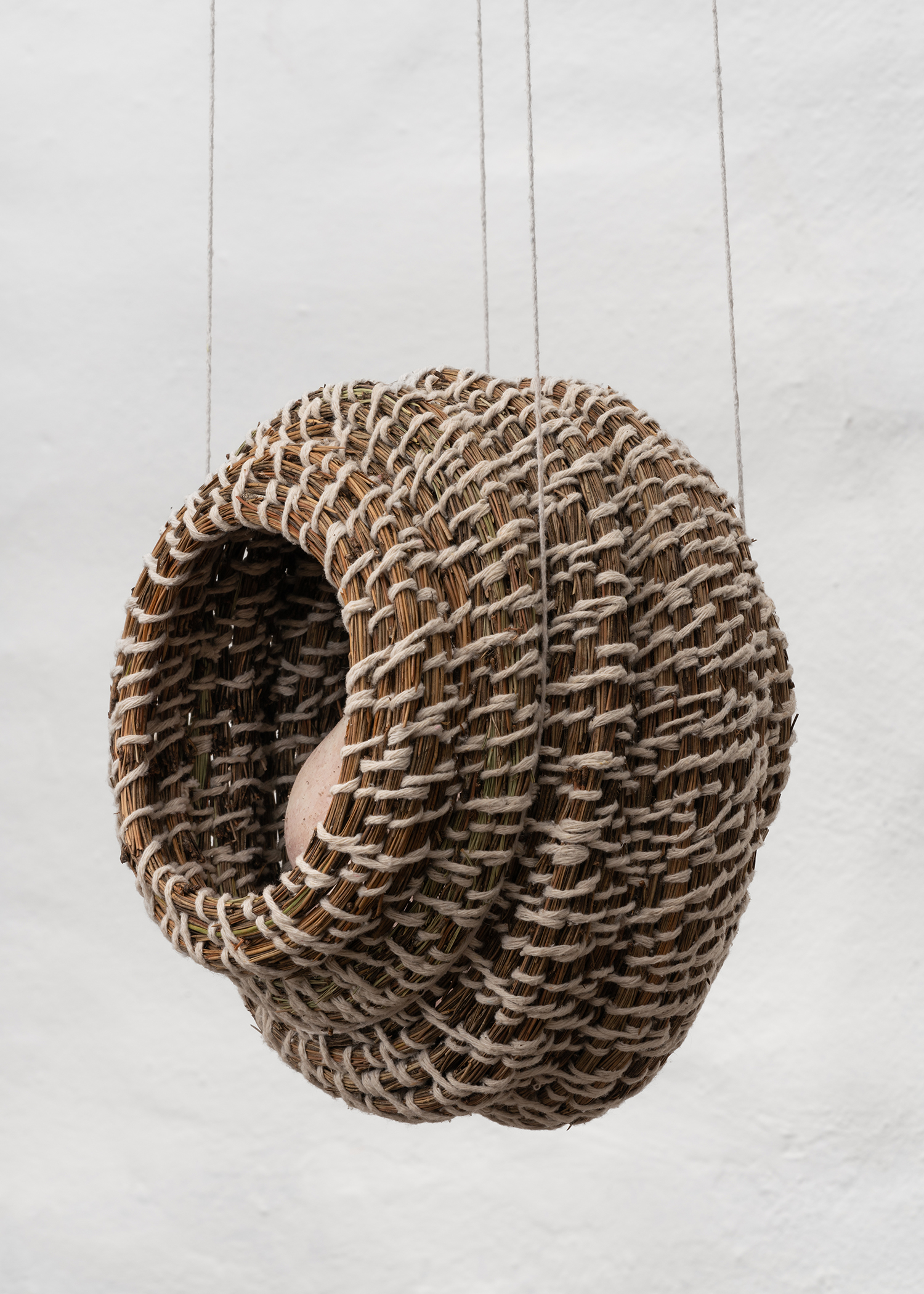 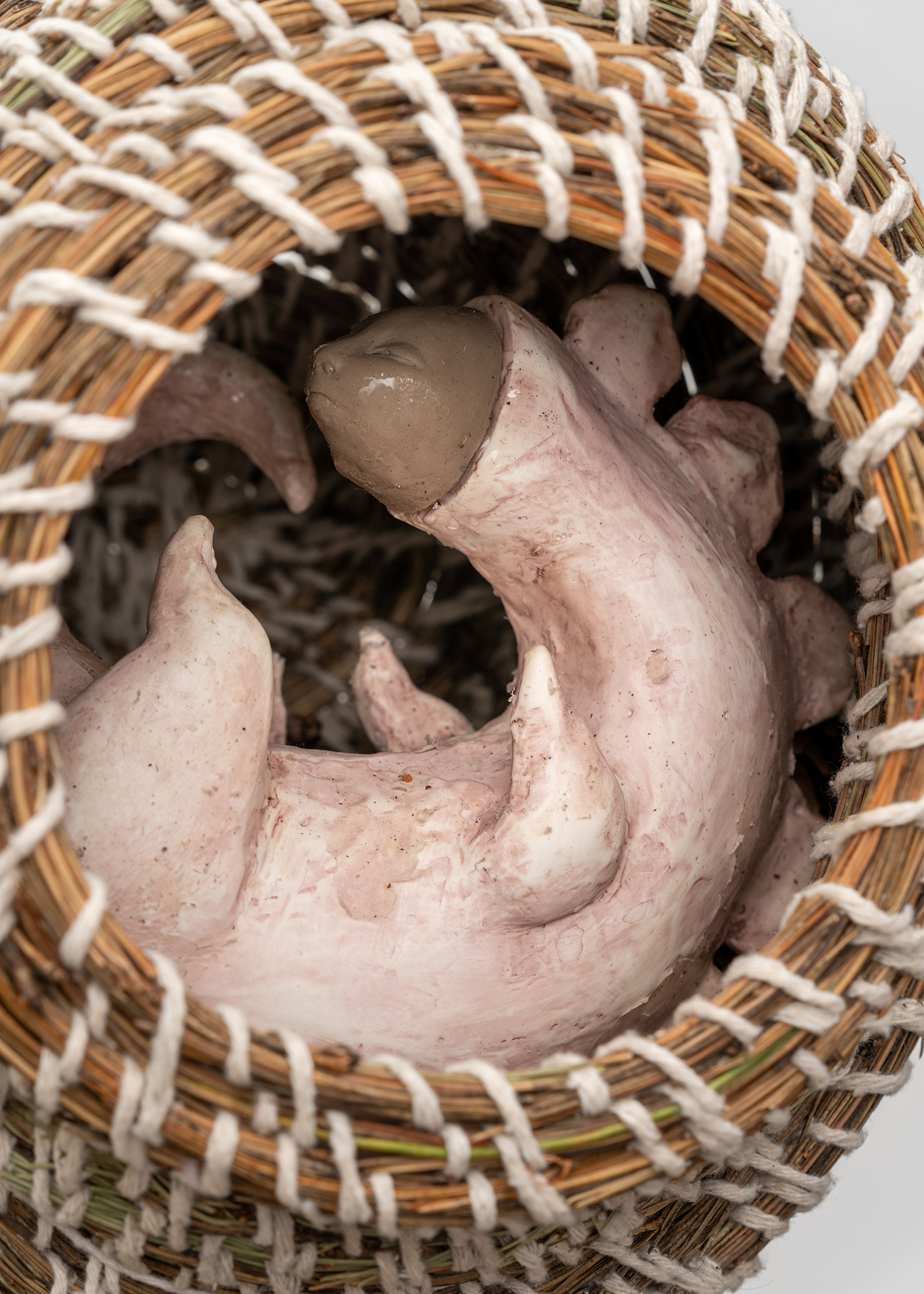 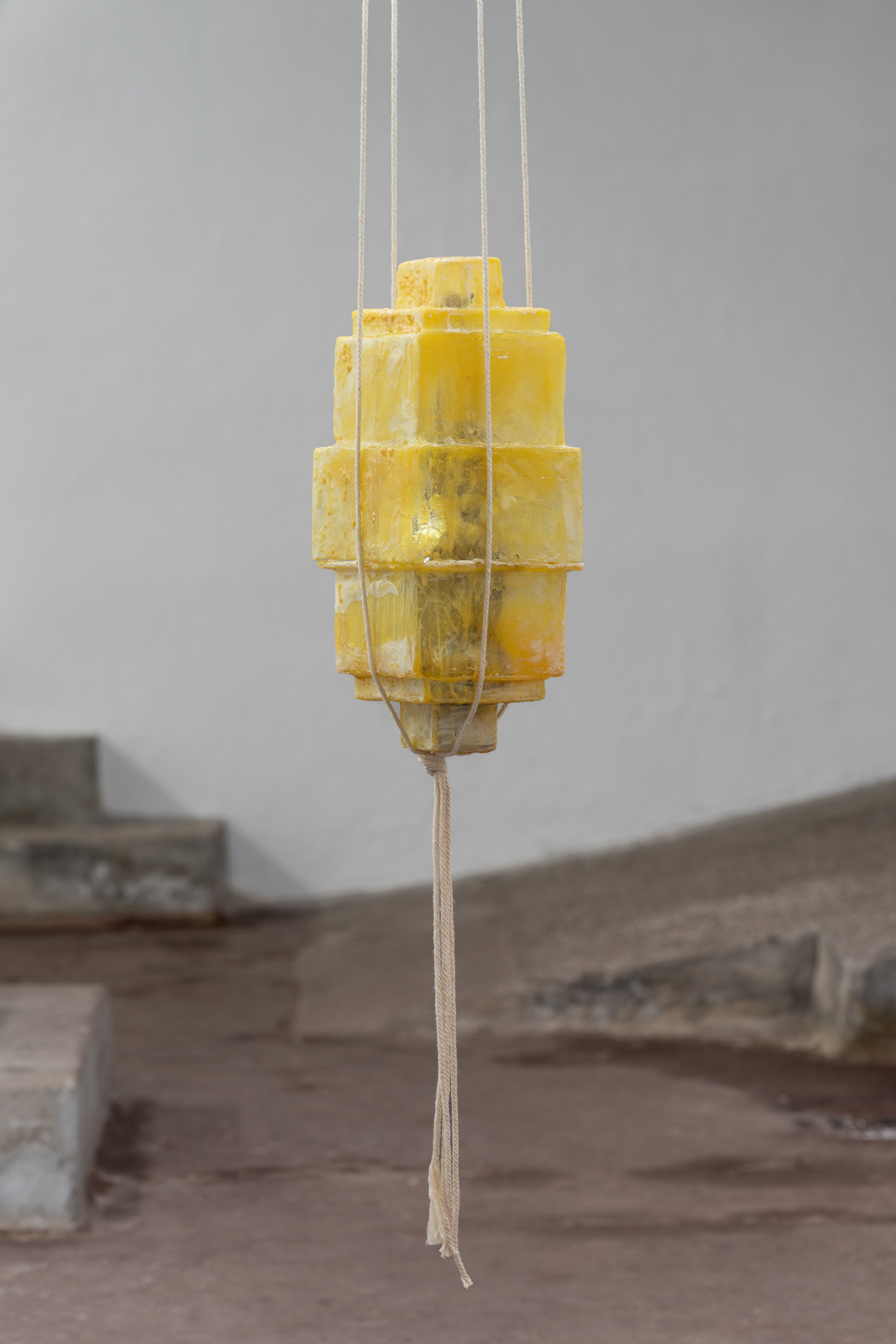 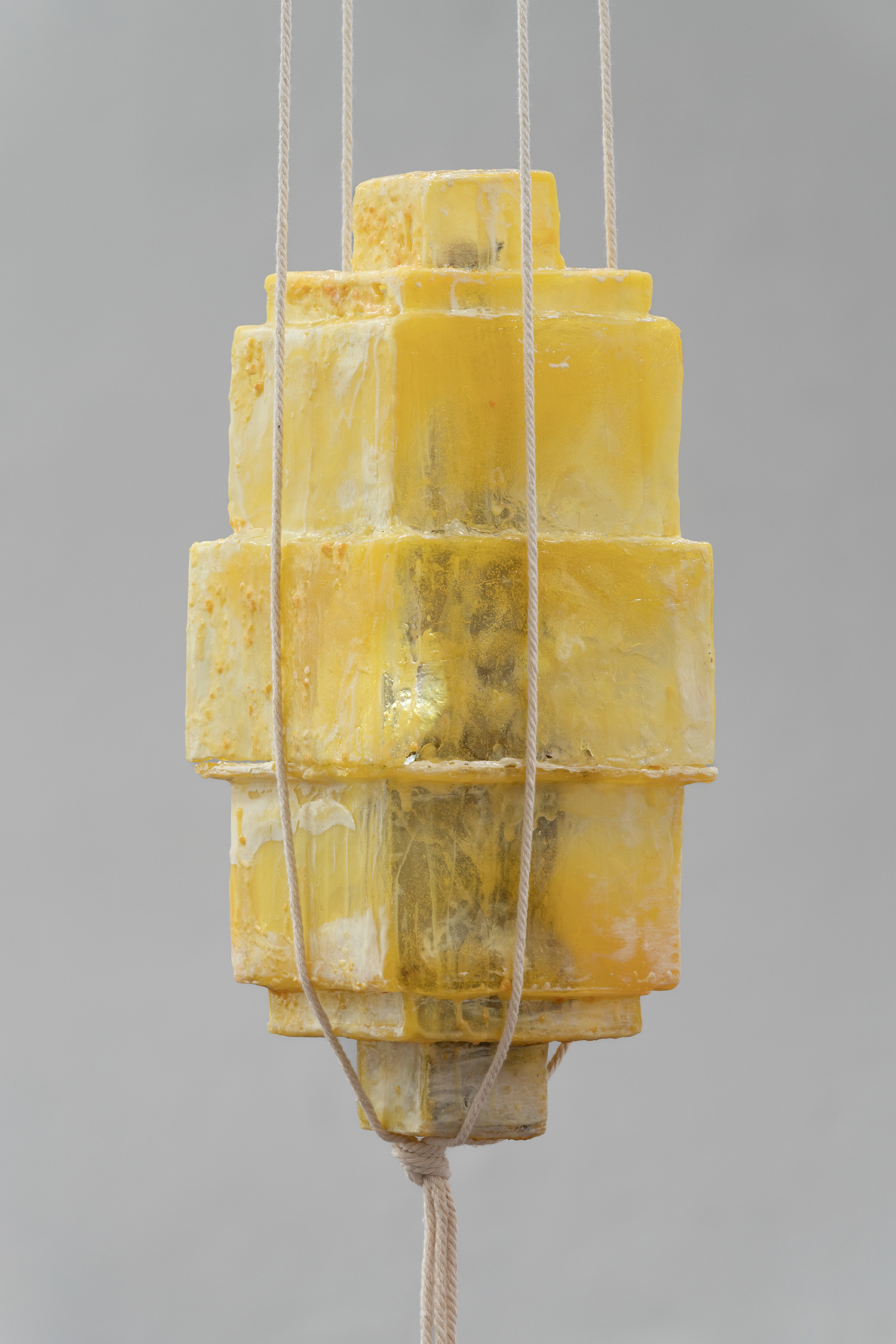 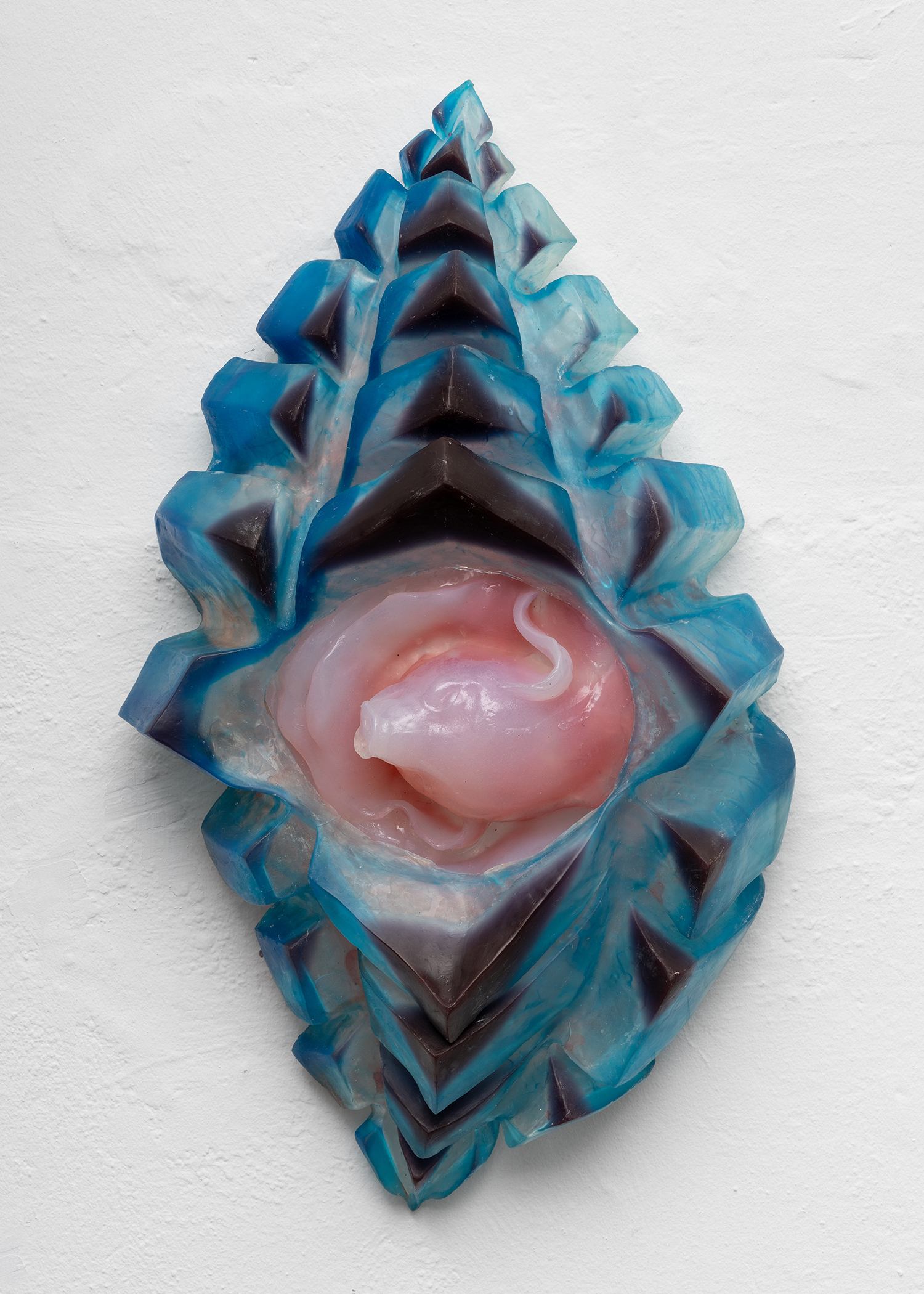 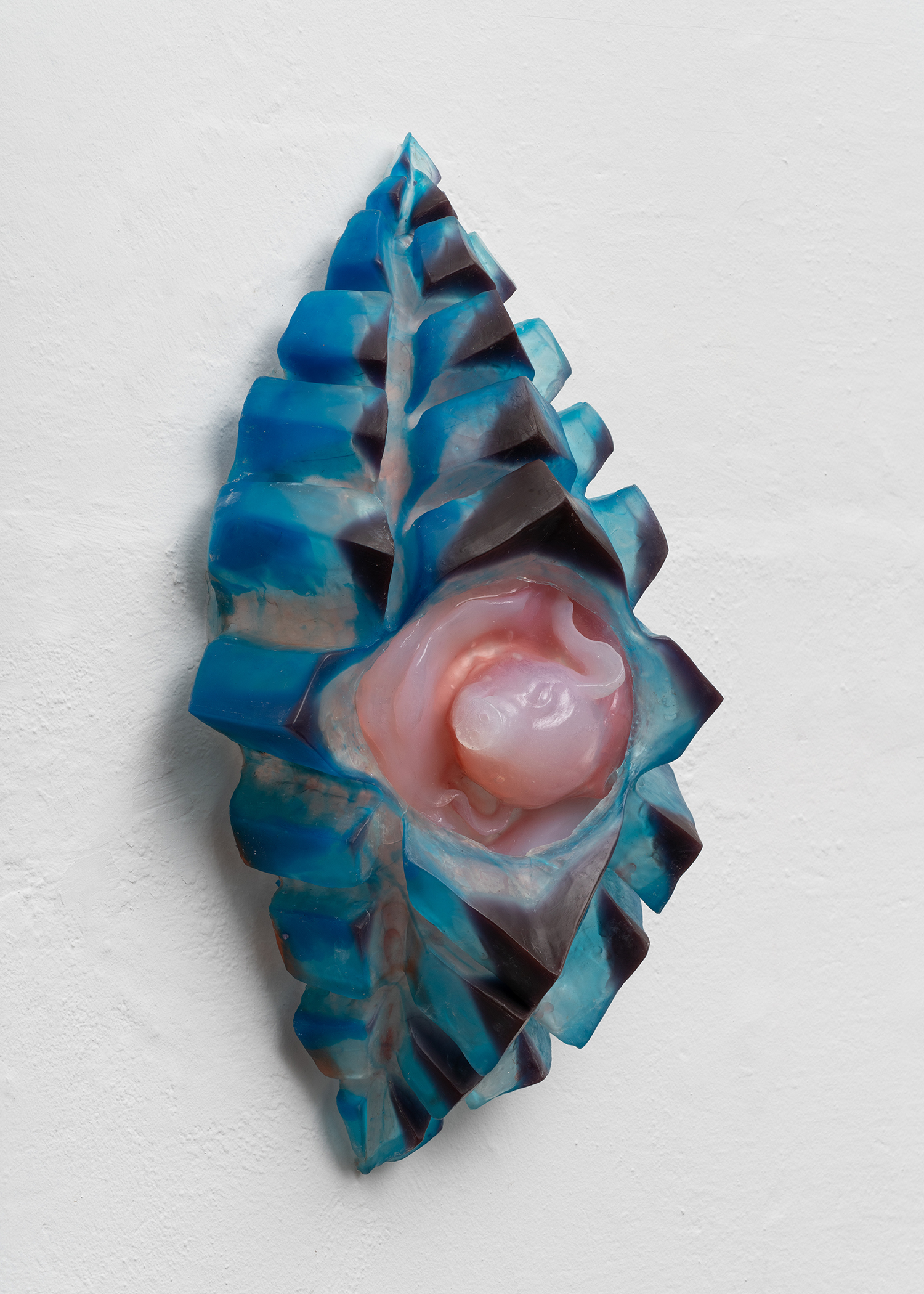 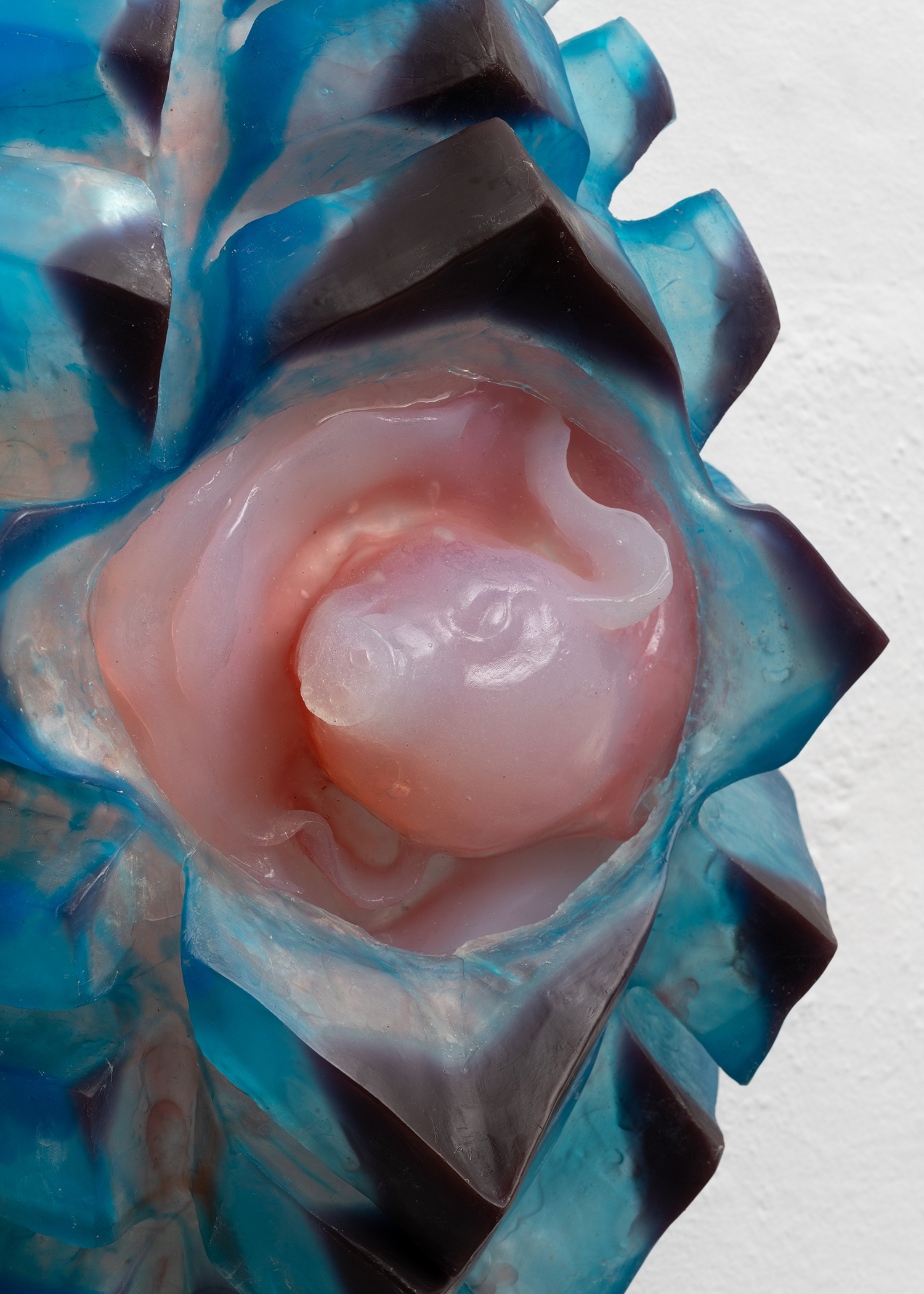 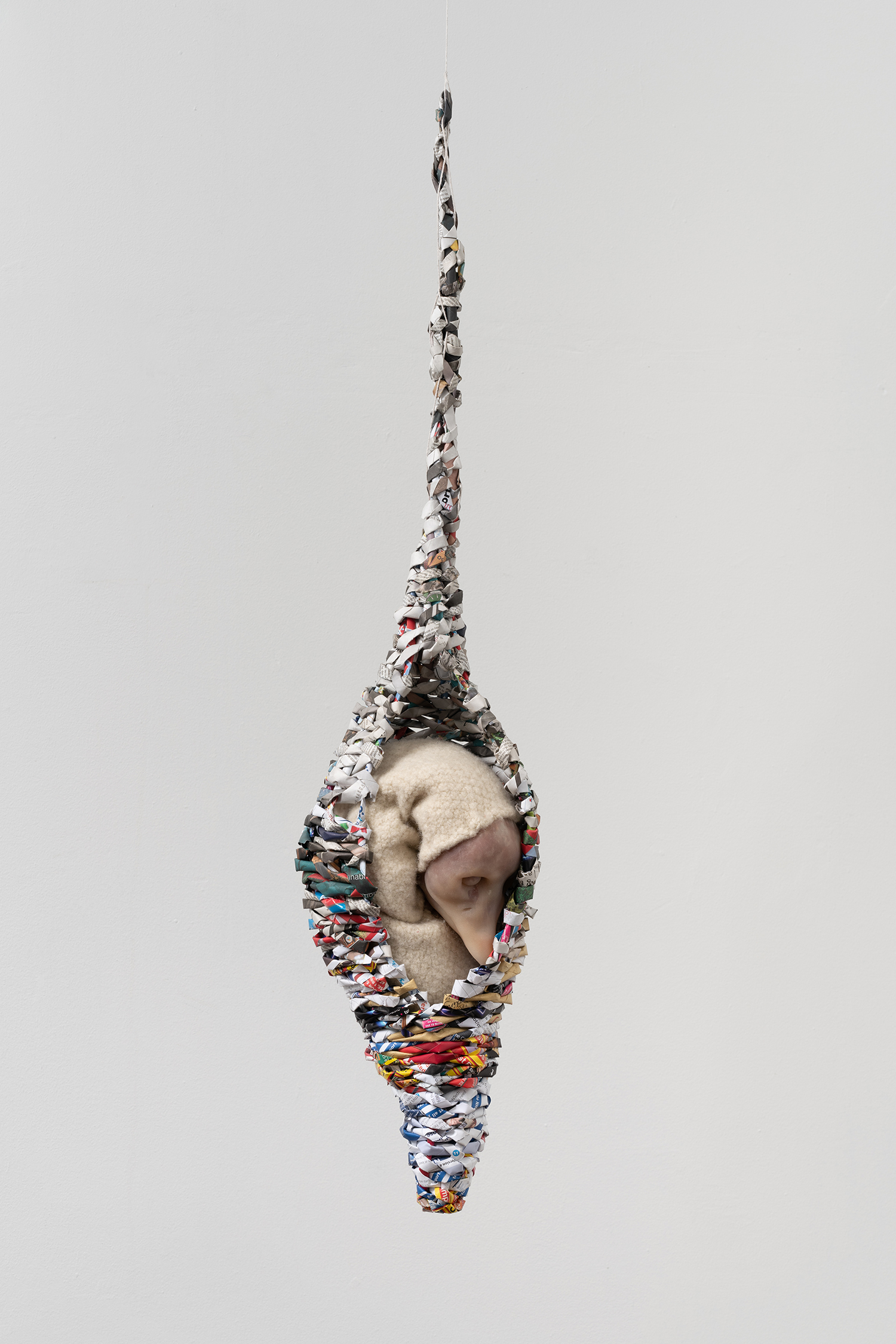 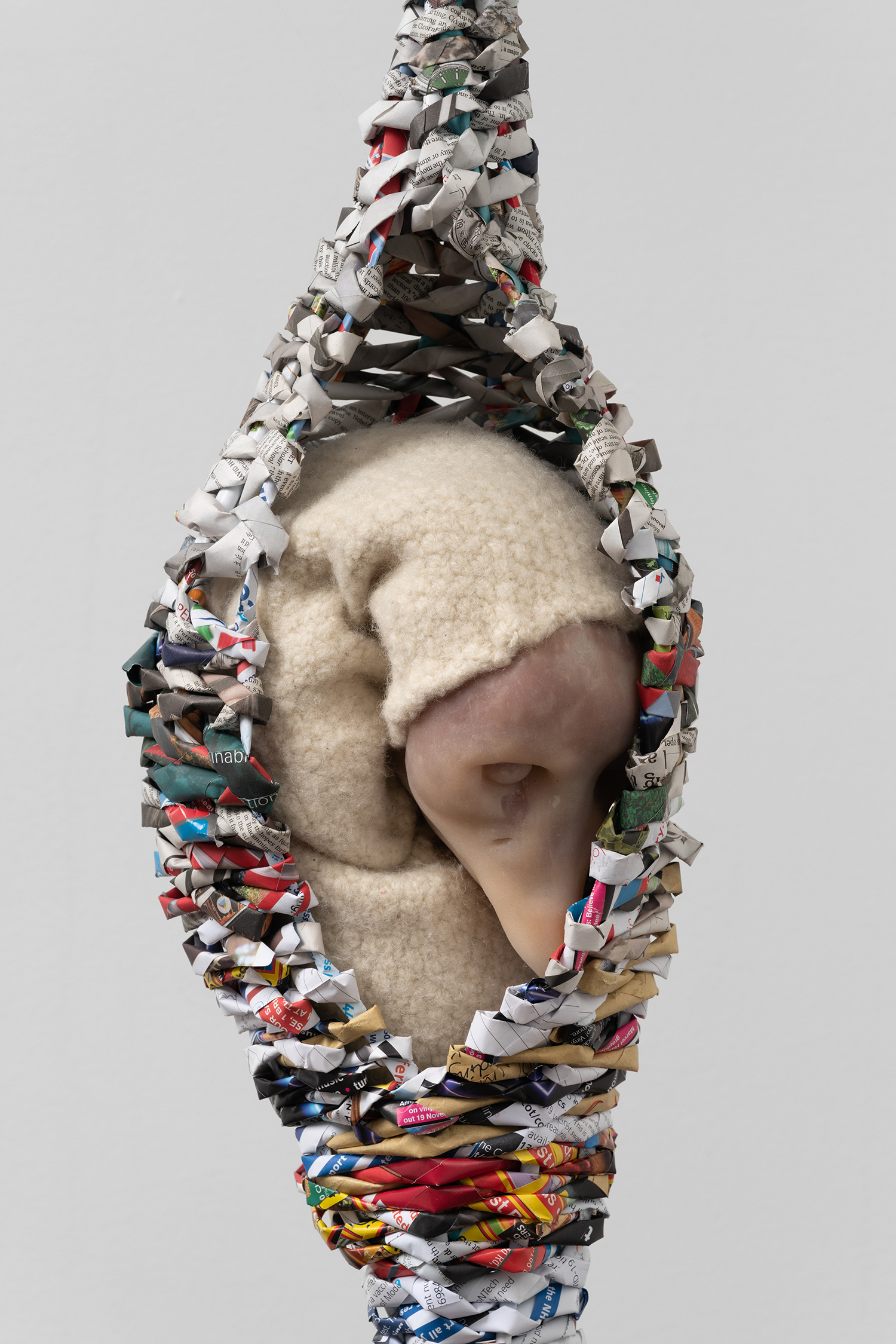 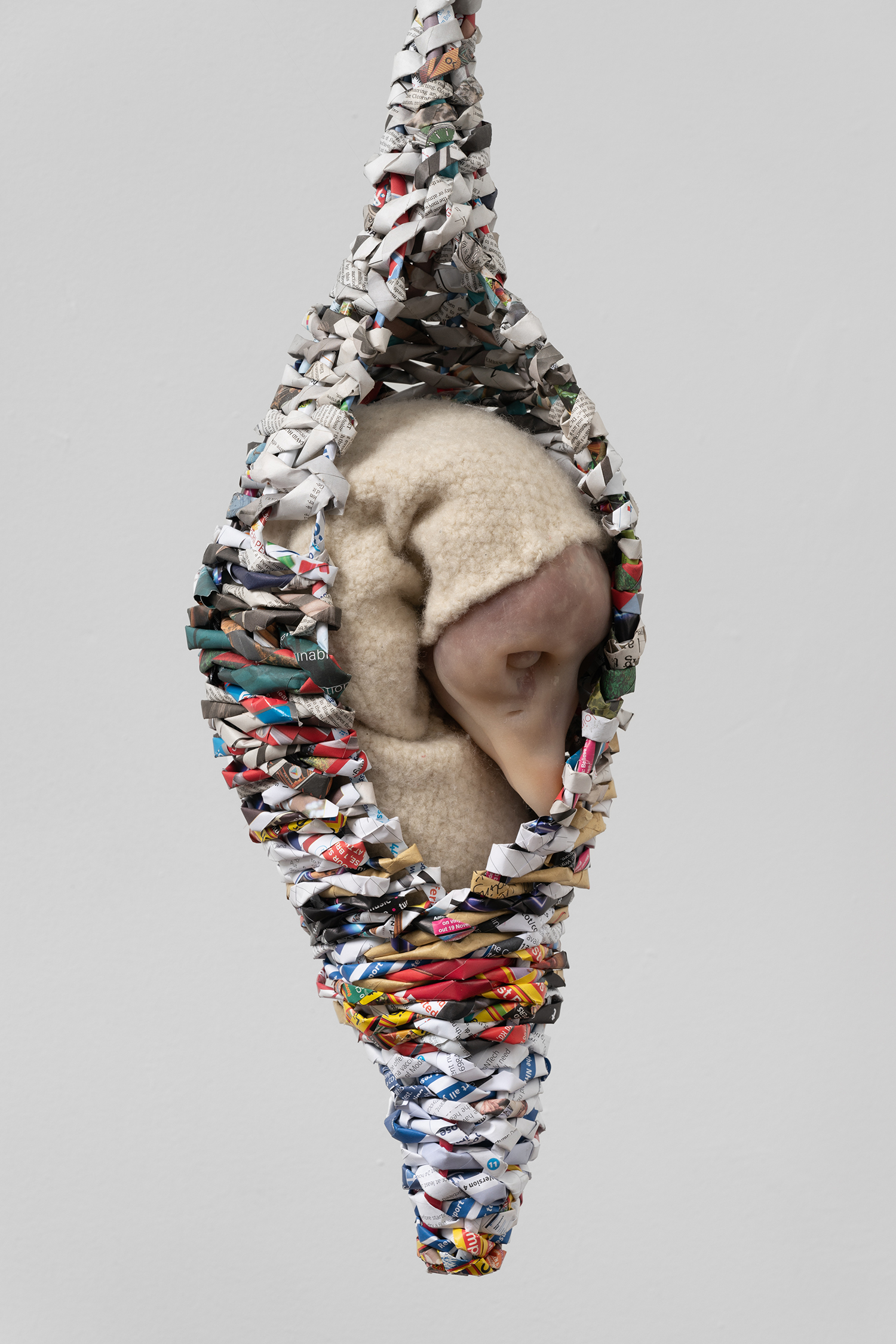 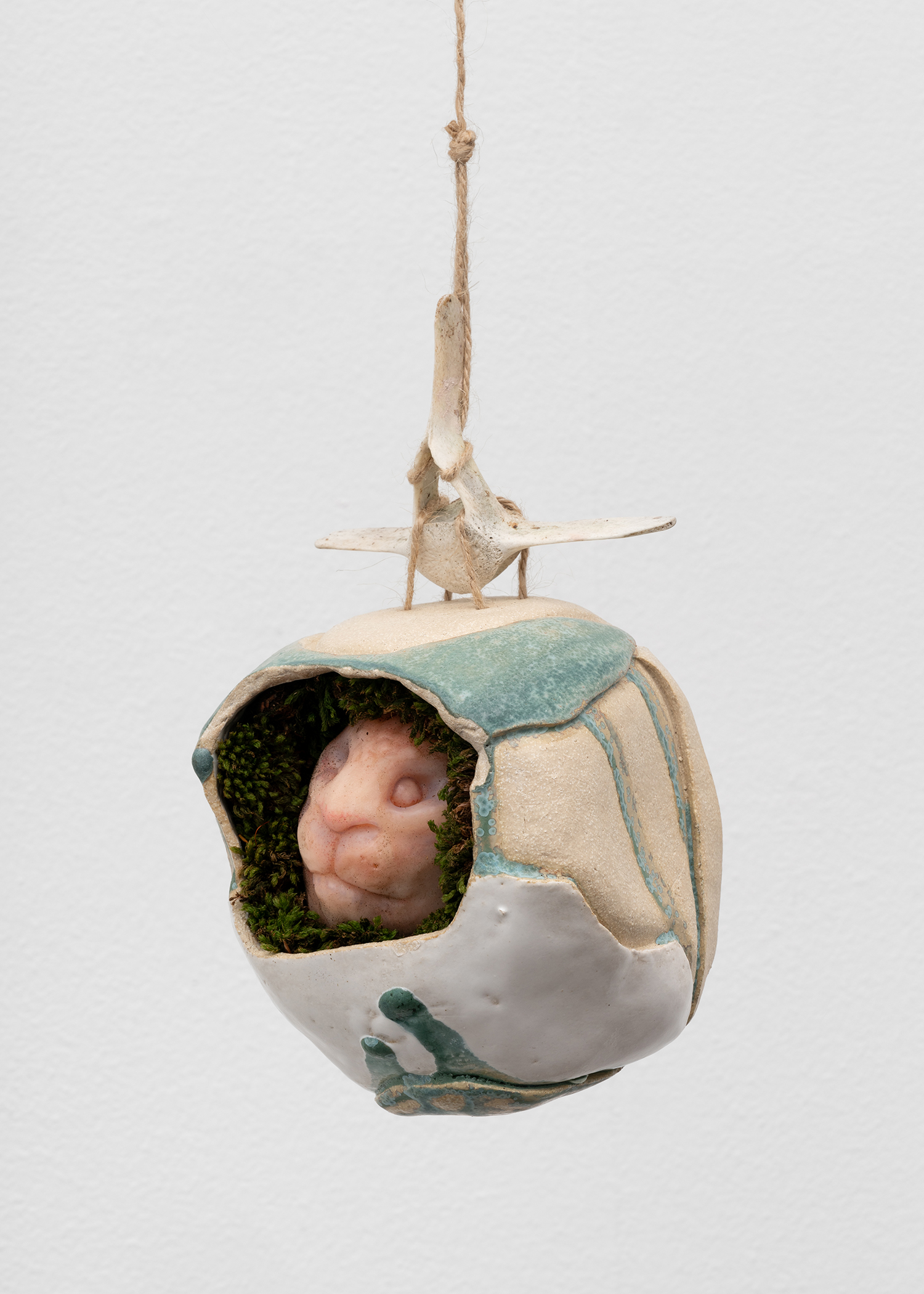 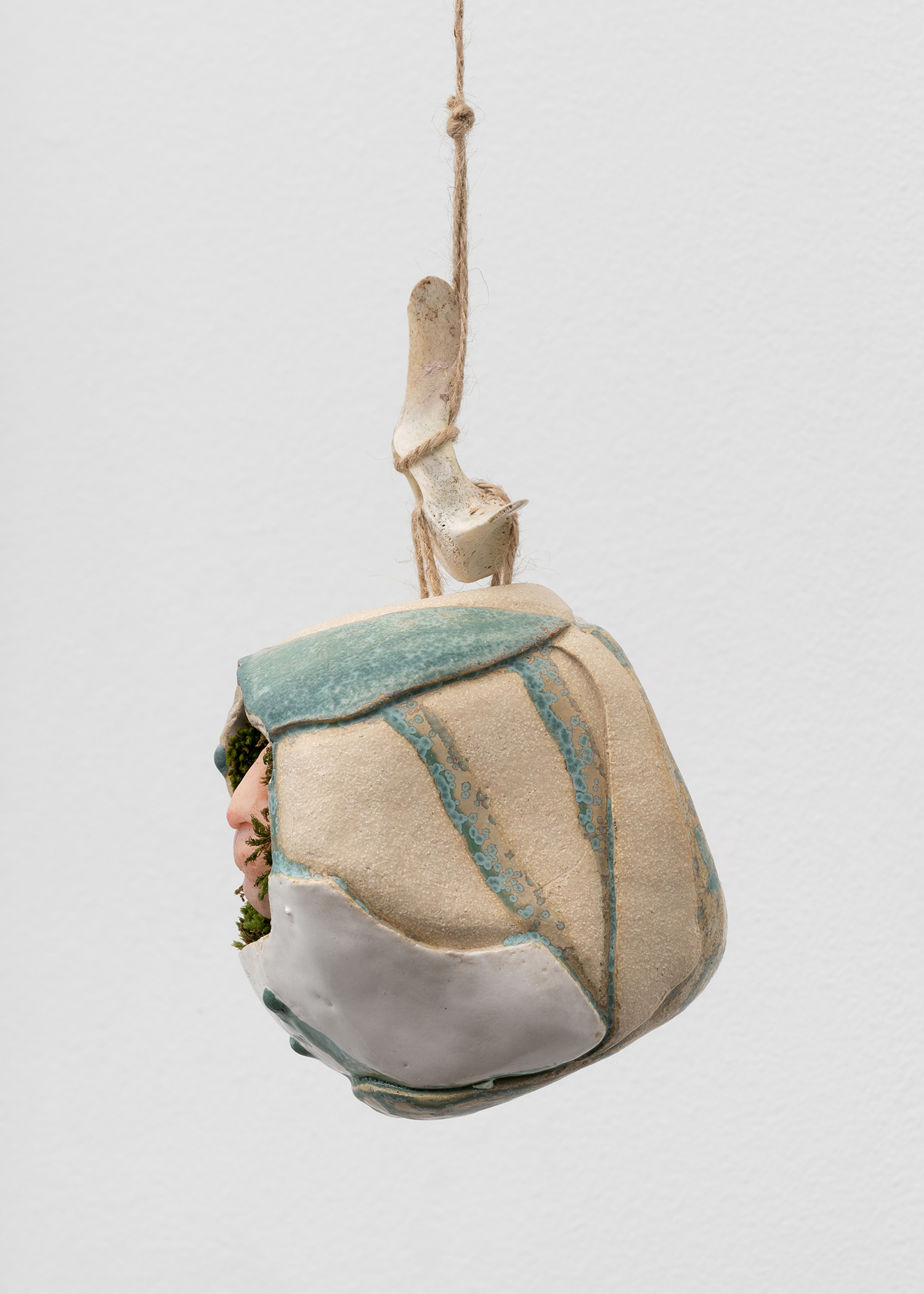 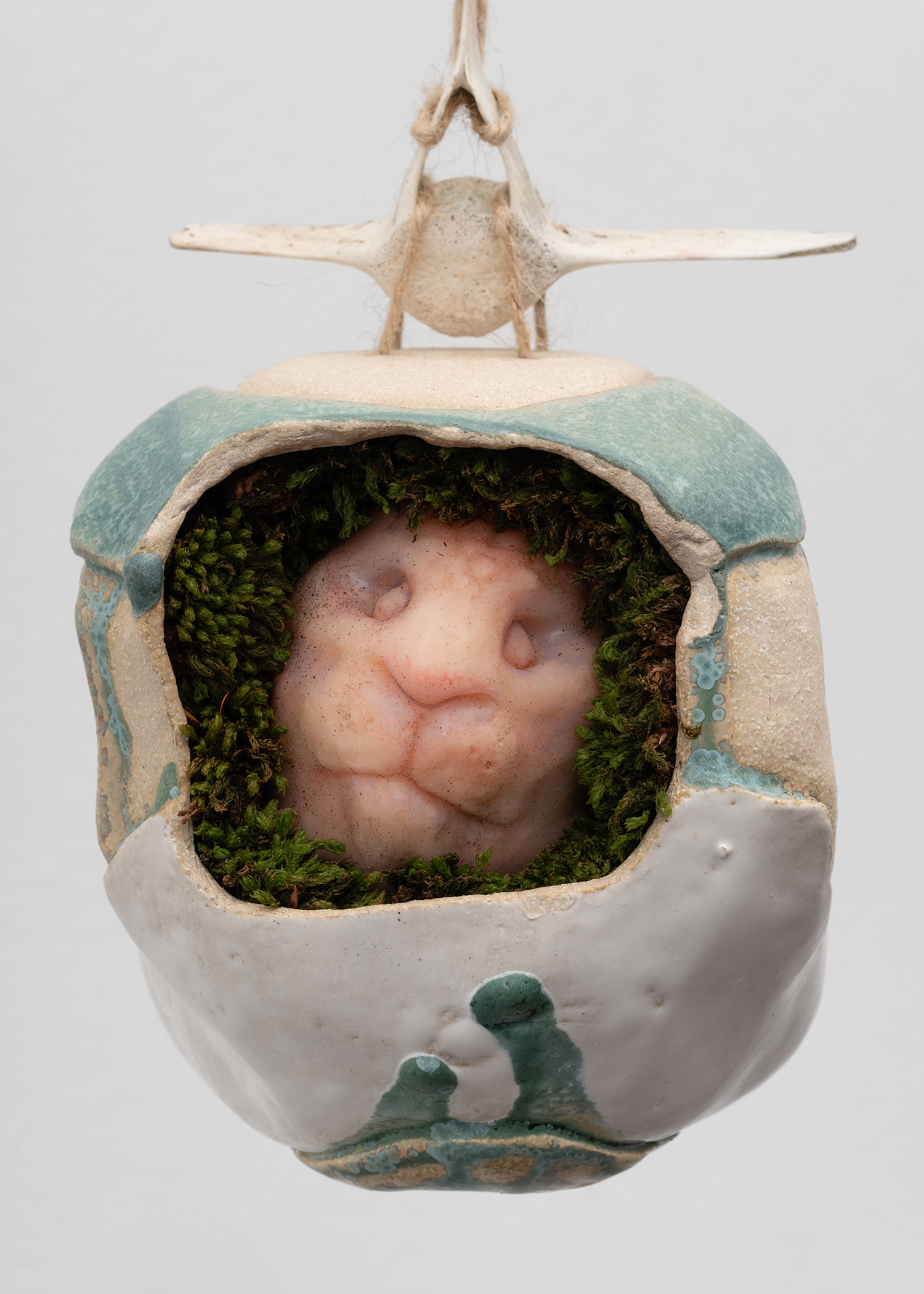 Aniara Omann's solo exhibition Æblet (The Apple) consists of a new series of sculptures inspired by Science Fiction aesthetics and children's book universes. It is a small slice of a transitory Utopia that embraces the vulnerable, surreal, gentle and intuitive. The exhibition draws on the ability of children's books to create parallel and sometimes utopian, "soft" realities, and stories that often take place in macro-environments, in symbiosis with nature, focusing on small details such as berries, insects, the spirit of the sea or the forest, and creatures that express archetypal human qualities.

The Apple is a vision of an evolutionary intermediate stage, and consists of a collection of different animal species, humans and cyborgs, in mid- metamorphosis in each their chrysalis, are half-decomposed, fermented and about to (re)form themselves. They are made in different materials, with traditional craft techniques such as basket weaving and ceramics, in combination with materials often used for special effects such as cast silicone and resin.

The exhibition is supported by the Danish Arts Foundation.