Fanny Gicquel / now, and then 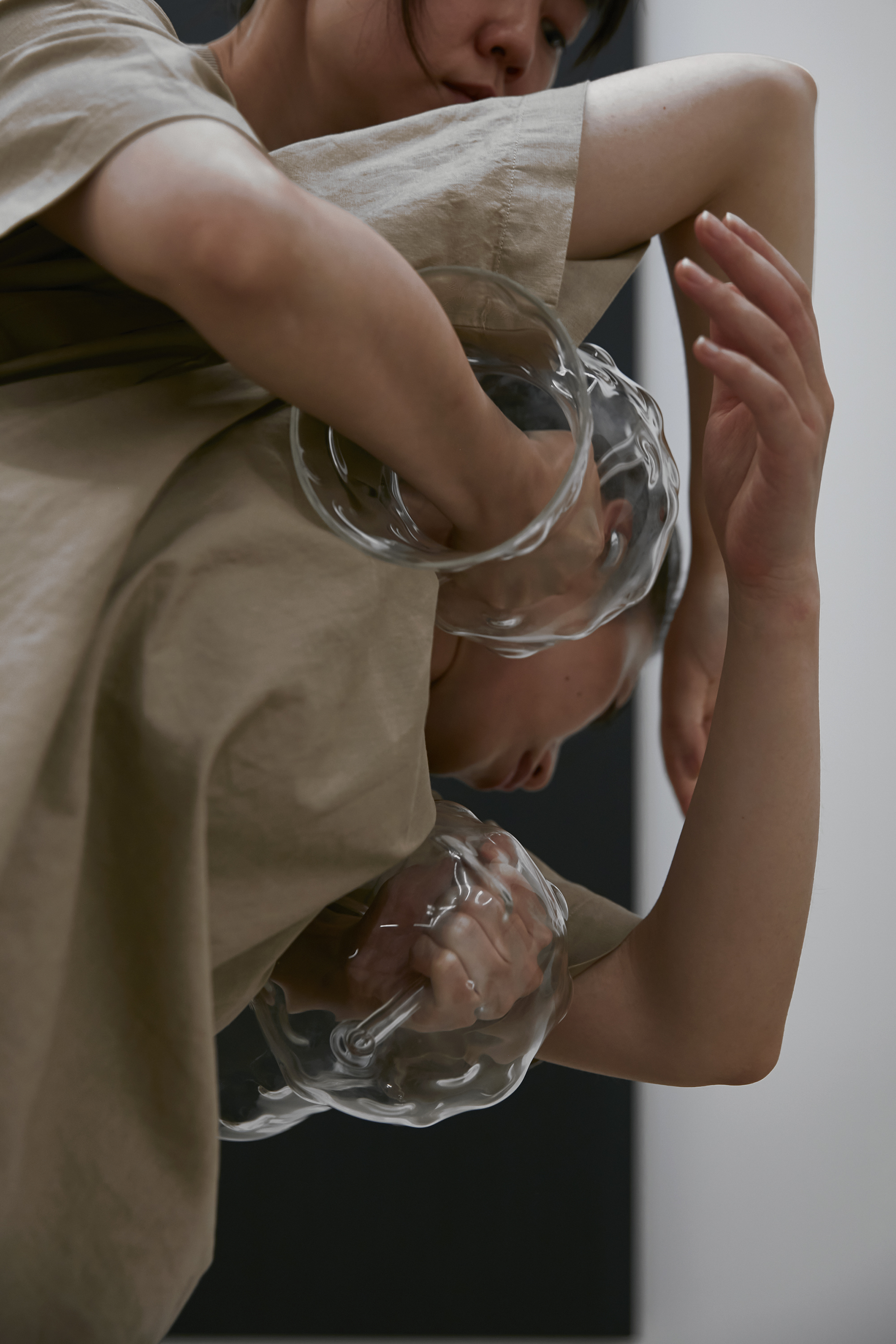 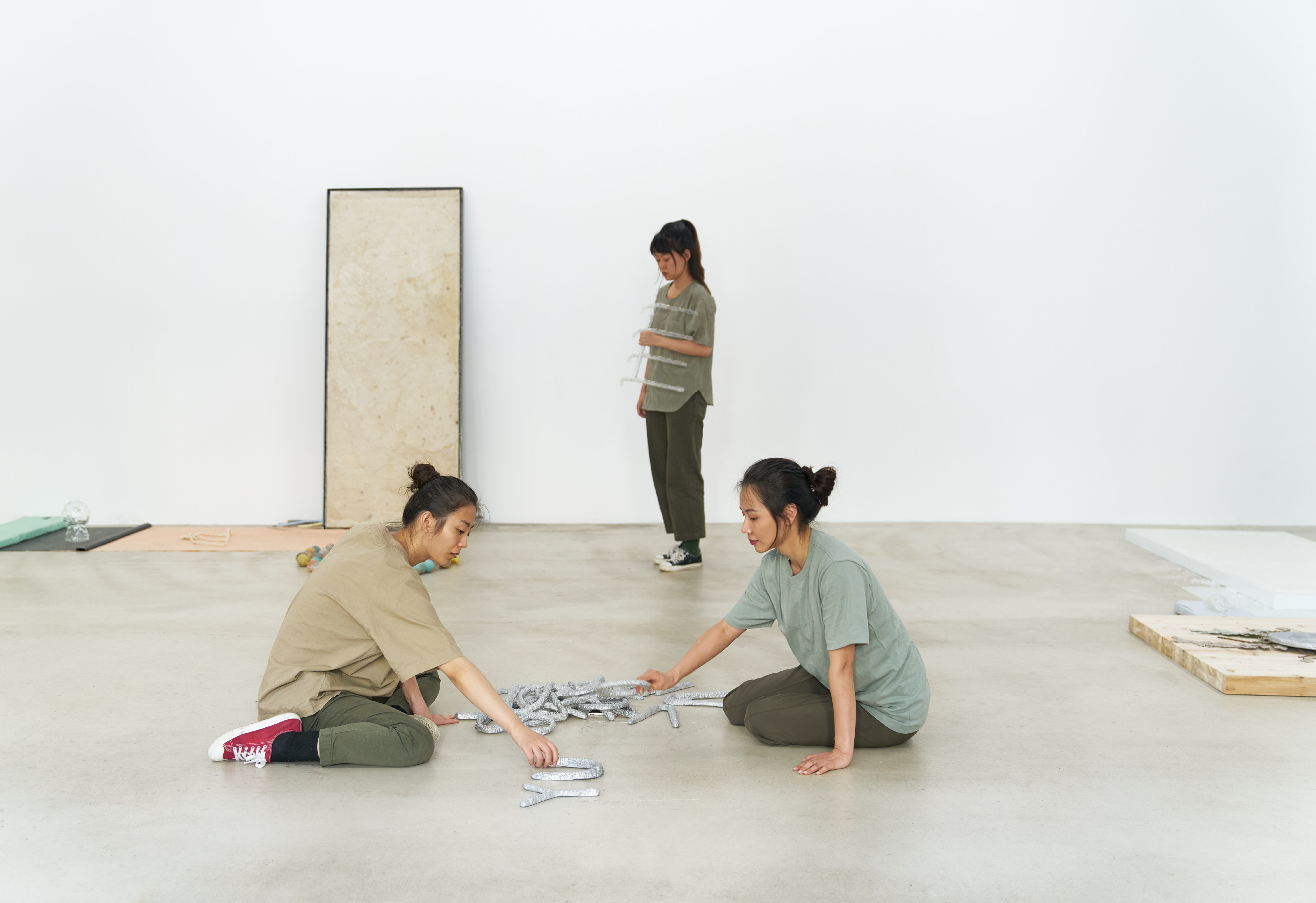 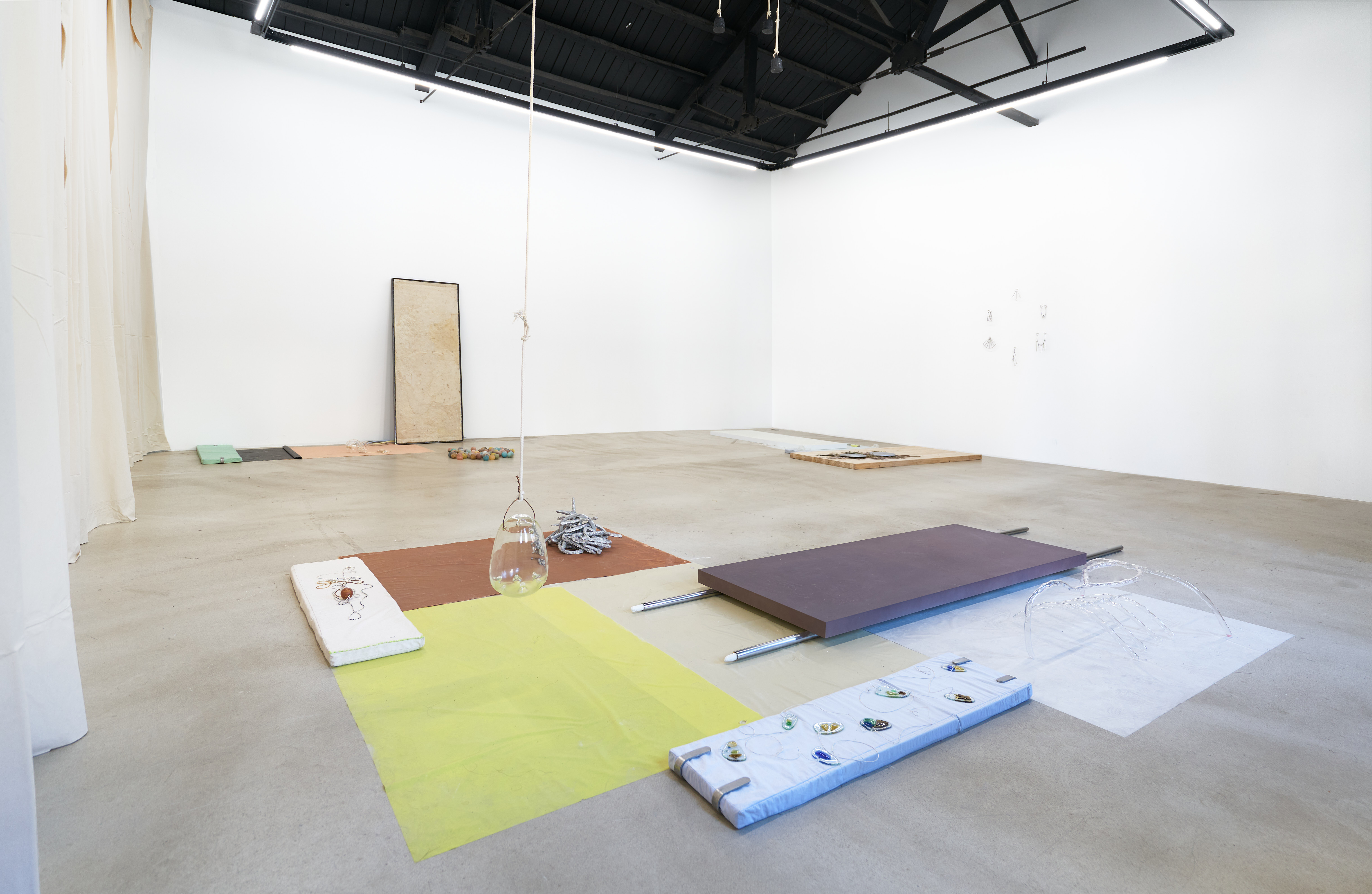 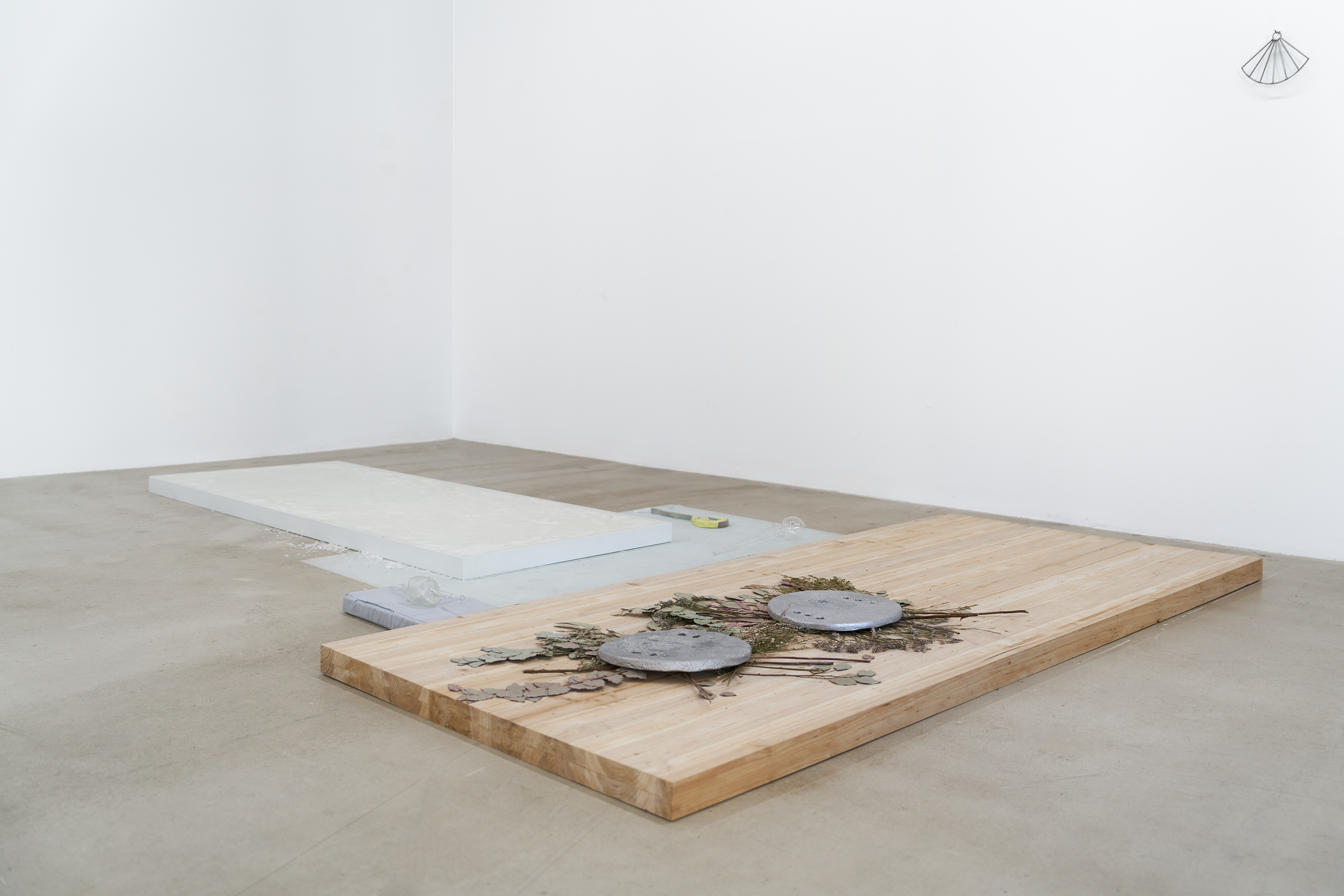 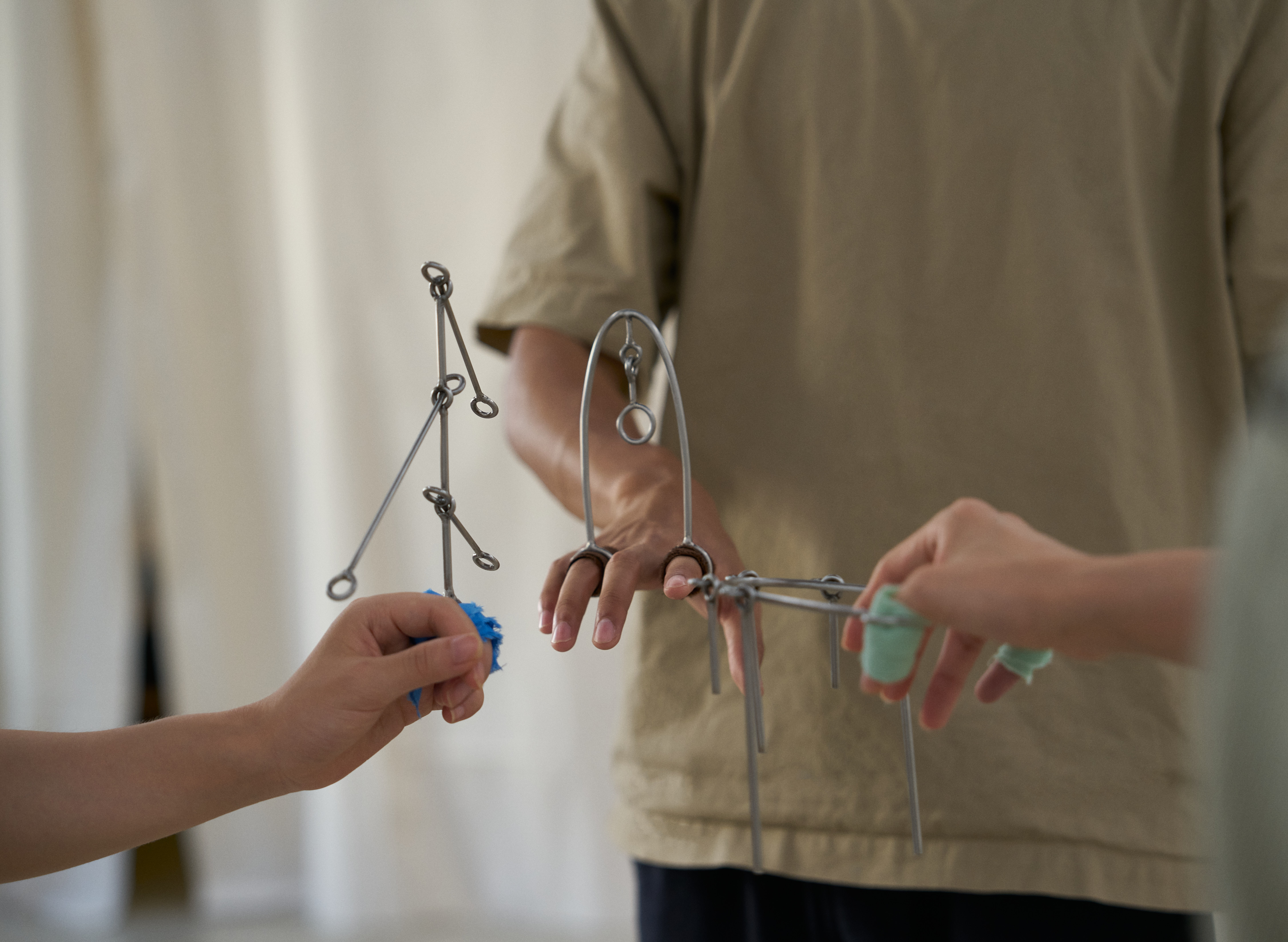 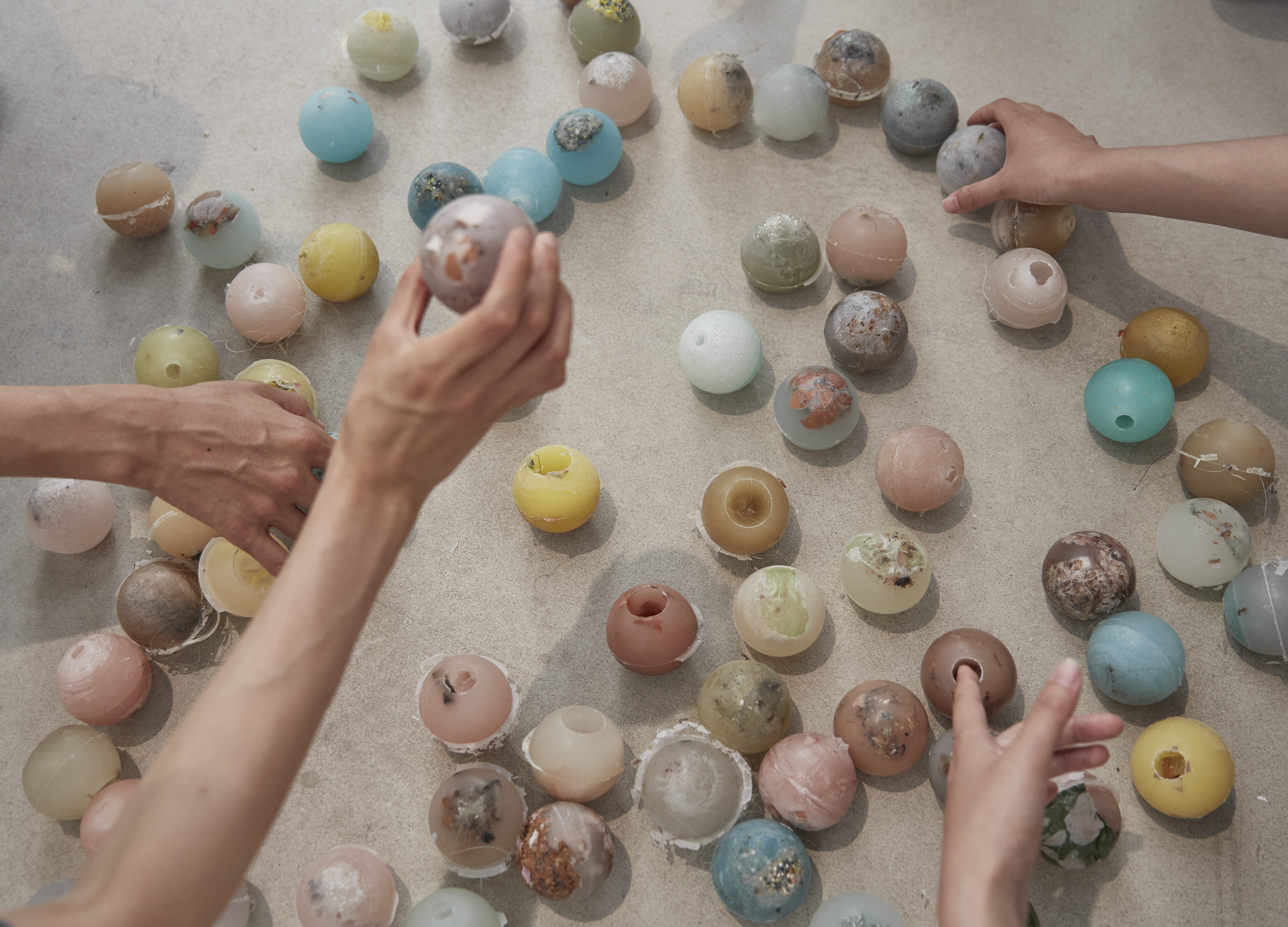 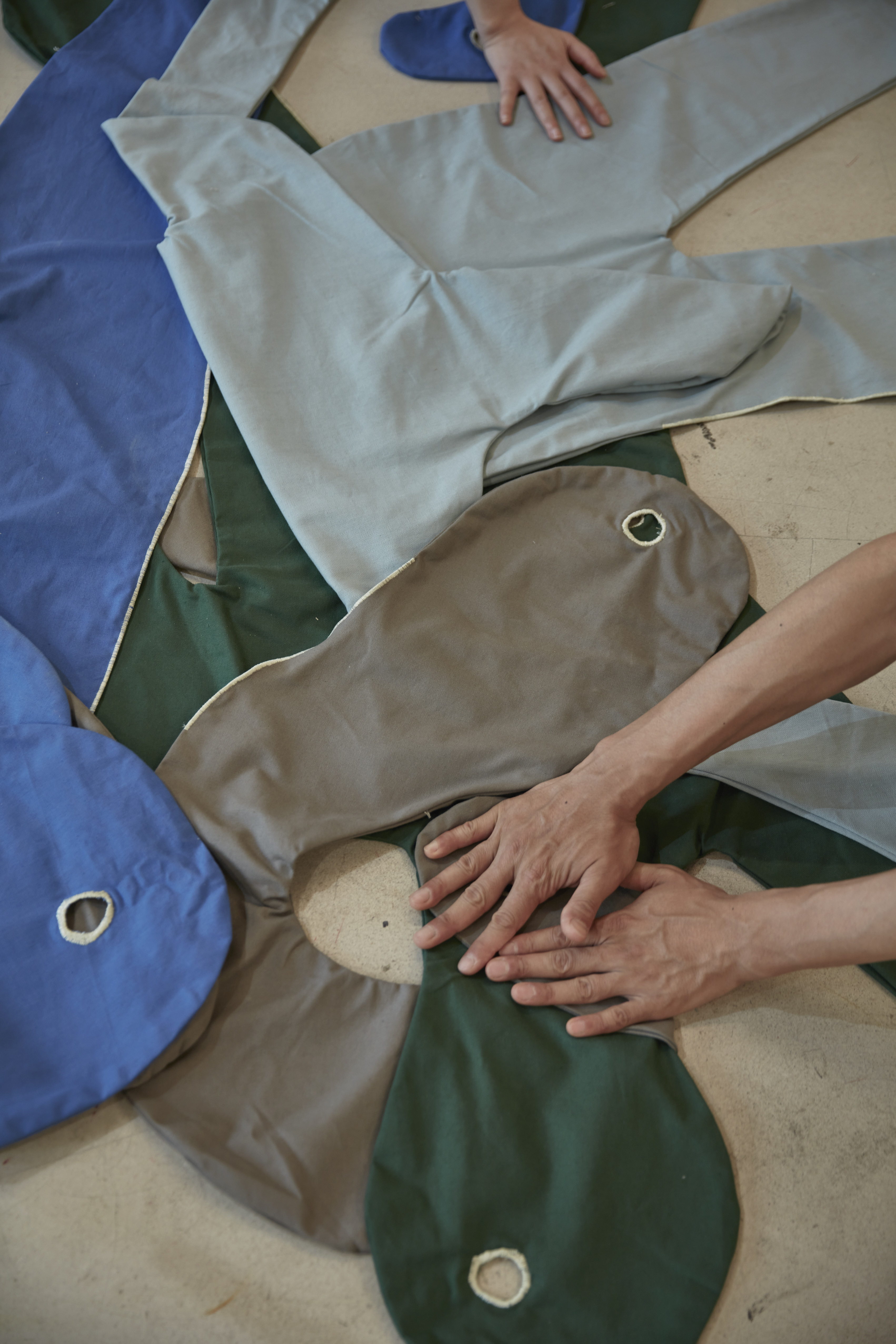 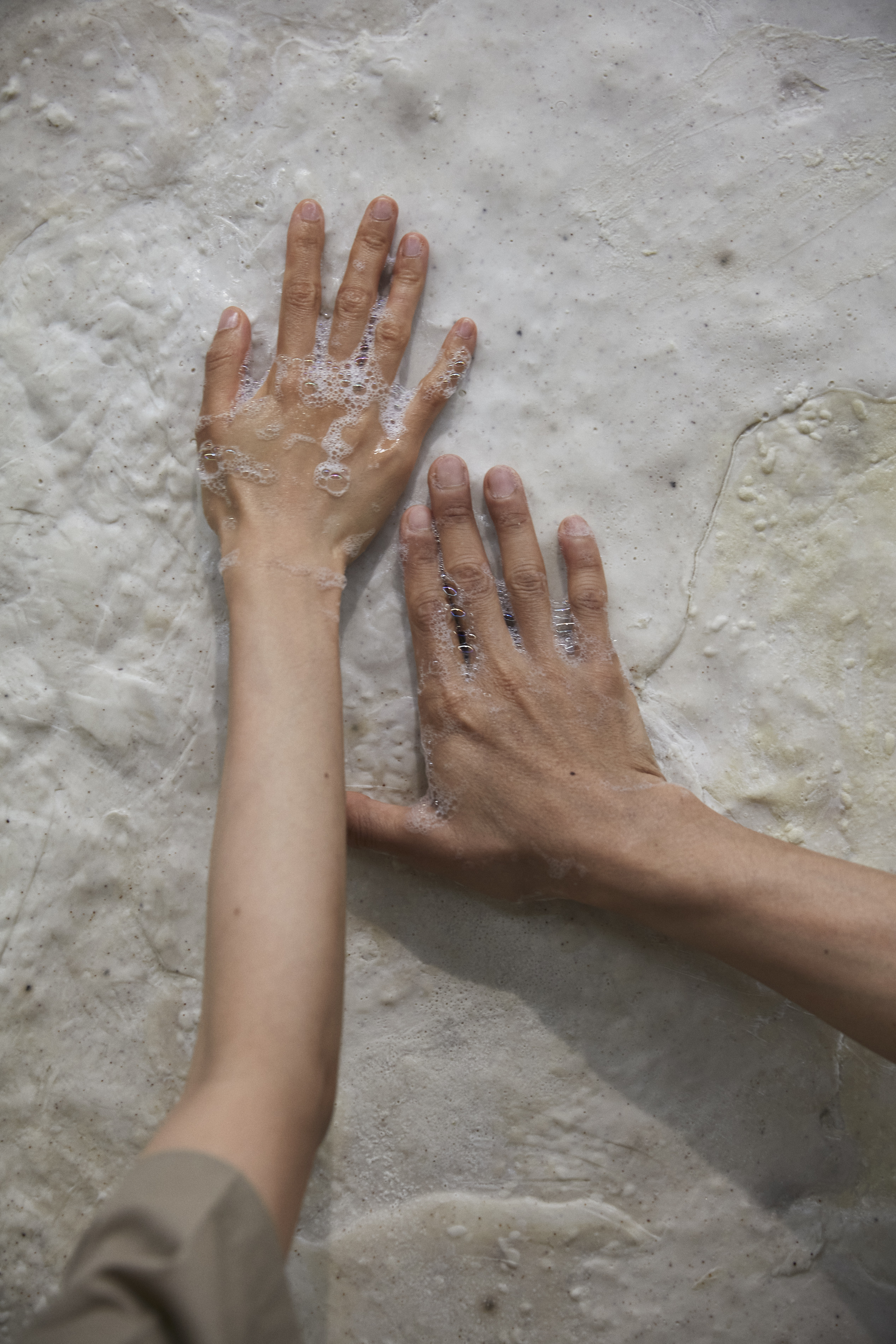 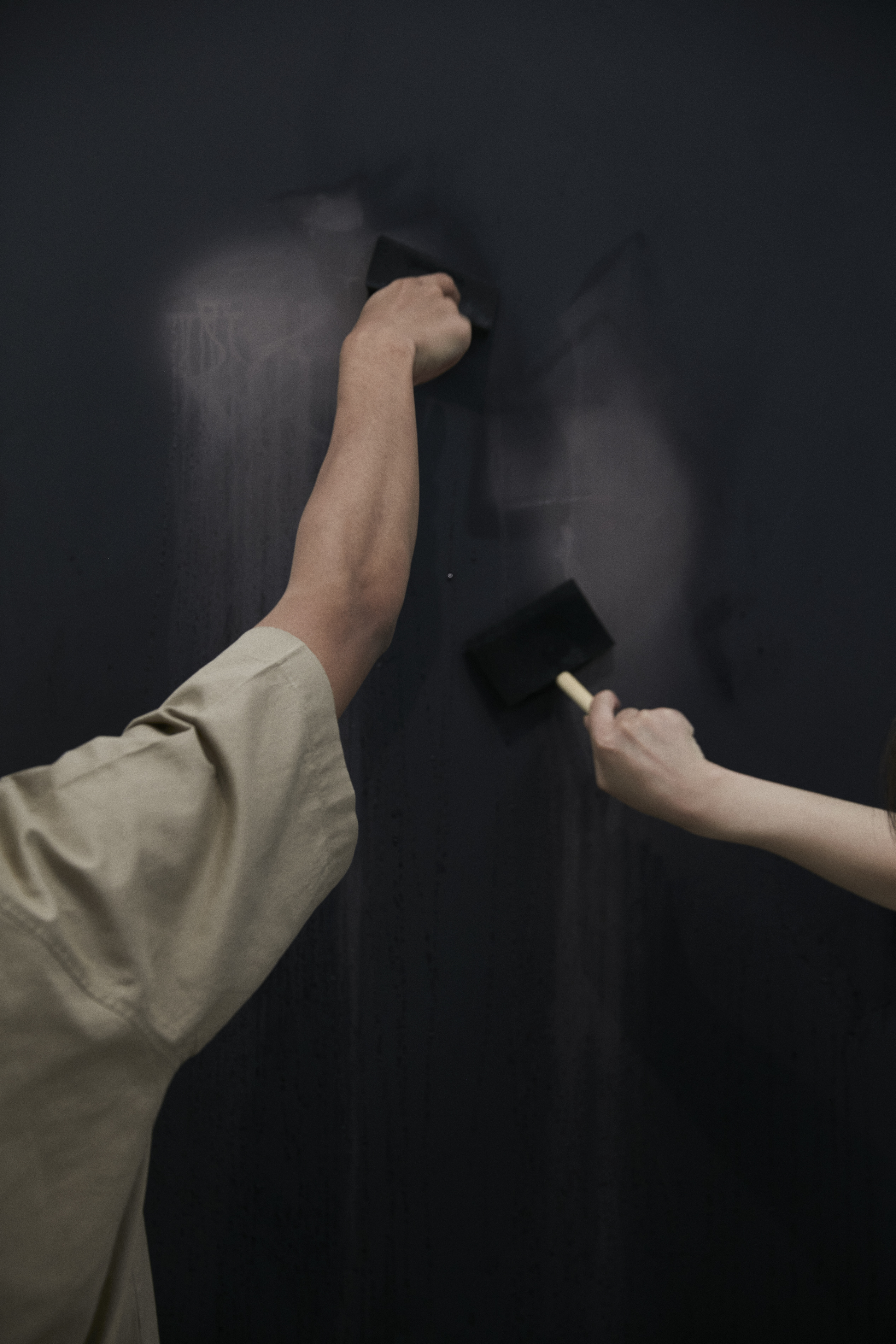 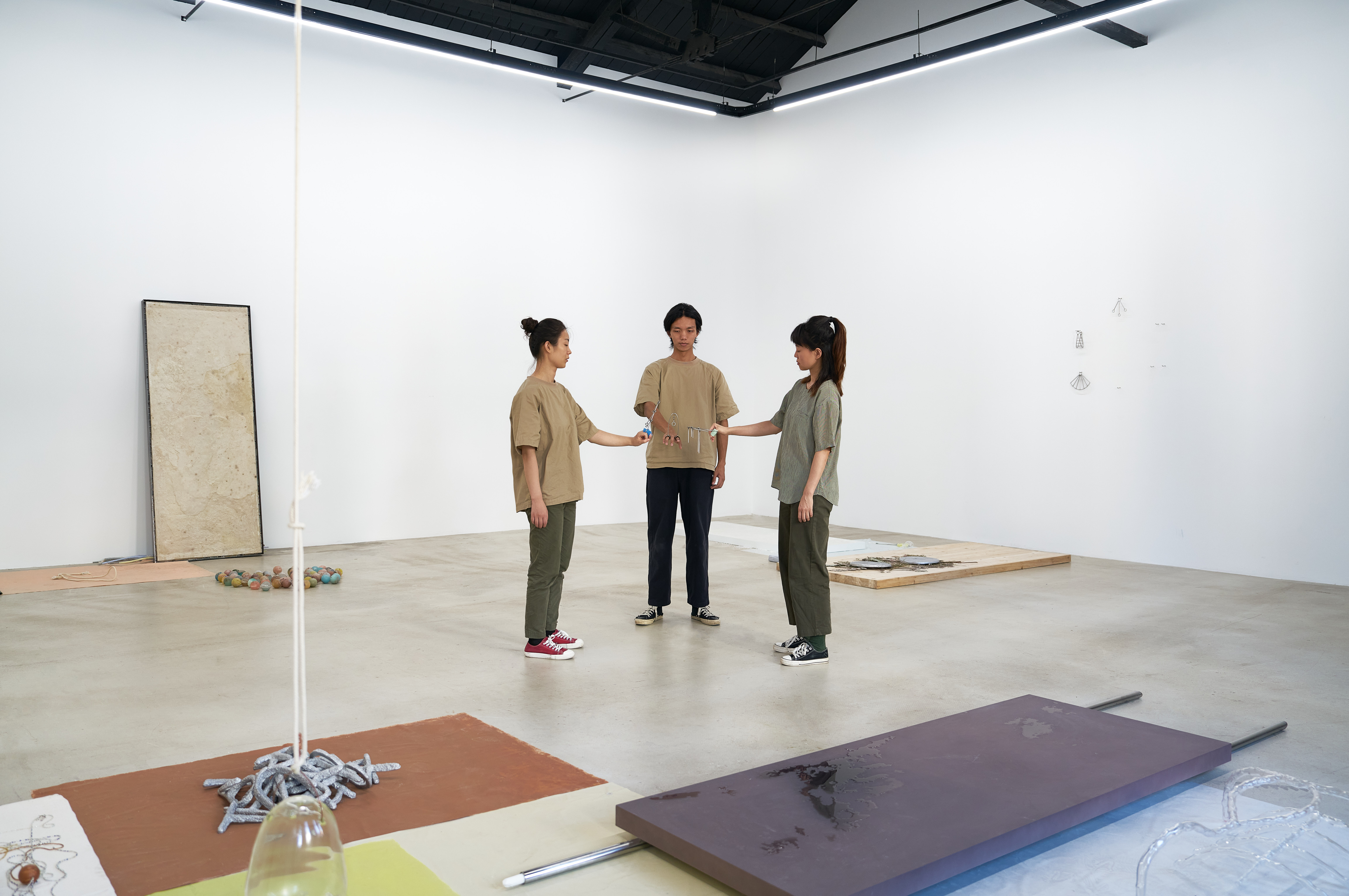 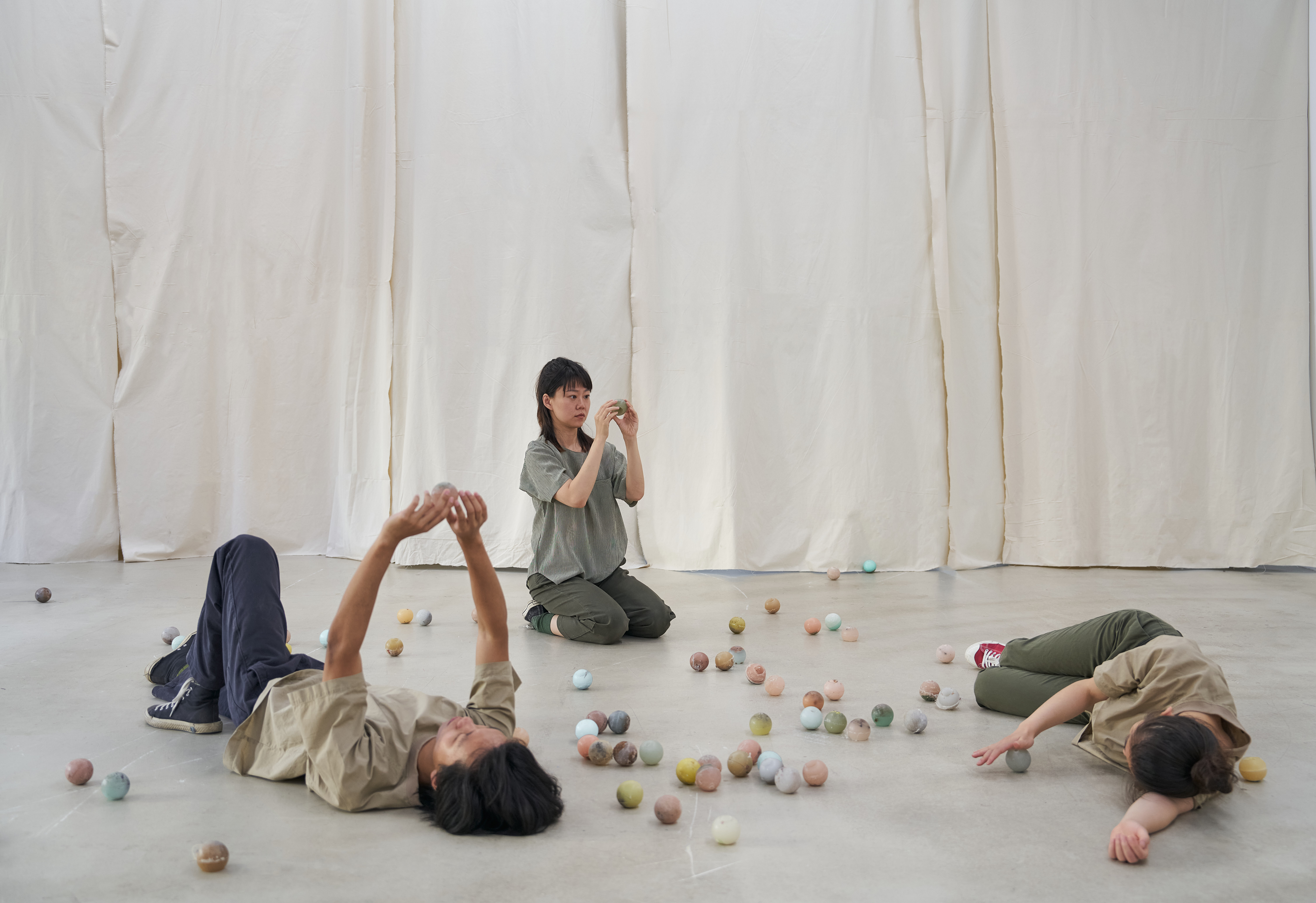 with the performance by Fanny Gicquel

Hua International is pleased to announce now, and then, an exhibition by the French artist Fanny Gicquel.

Fanny Gicquel primarily works in sculpture and installation, typically incorporating her artworks into non- hierarchal choreographed performances that address ephemerality, fragility, and the inherent plurality of the self. A kind of porosity between the self and the other, interior and exterior, human and non-human has come to define Gicquel’s work, which imagines the world less as a space of discrete, partitioned entities than as a dynamic constellation of interminglings, crossovers, and interferences. In now, and then, Gicquel’s second exhibition with Hua International and her first in China,she presents a series of new sculptural works and performances amidst a soundscape composed by the musician Delawhere, which was composed in close dialogue and resonance with Gicquel’s sculptures. Sourced from recordings he made in public space, the sounds are transformed through processes of slowing down, layering, and multiplying to create an autonomous environment in perfect harmony with Gicquel’s sculptures.

Inspired by the Japanese concepts of Ma and Wabi-Sabi—which respectively gesture towards the distance between things and moments and the beauty of the imperfect, impermanent, or incomplete—Gicquel creates constellations of intimate objects and gestures in the exhibition space that exist in a dynamic state of becoming. The art historian Michael Lucken describes the concept of Ma as “an interval that is both moving and sacred between two signs.”This fluctuating synergy between objects and moments plays out in Gicquel’s flexible spatial choreographies: many of the objects included in the exhibition have several ways of being presented and means of relating to one another. They unfold in variations of performative and choreographic gestures that imply an inhabitation and domestication of space such as making, undoing, placing, stretching, or folding. Made from mutable materials like paraffin, soap, and thermosensitive paint, the series Sensitive Surfaces appears monochromatic and monolithic on first glance yet the gestures made by performers leave traces that last for an instant or linger forever. A series of small-scale sculptures that subjectively respond to the Wuxing elements are worn and activated exclusively on the hand through a related set of gestures—“choreographic miniatures”—that relate to the element that inspired the sculpture. The constant flow of movement and flux carries into the objects that the subtle performances unfold with and through: thermotactile painting functions as a portal between worlds, words appear and disappear in multi-lingual anagrams and palindromes, glass vessels are activated by human breath and smoke. As Gicquel herself notes of her works,“they are all active, changing, escaping a definitive form to highlight the impermanence of things around us and to testify to the fragility of the world.”

Fanny Gicquel (born Rennes, 1992) lives and works in Rennes. Her work has recently been featured in Unworlding,a new special section of Frieze curated by Cédric Fauq that featured a selection of international artists whose practices are centered around the idea of the undoing of the world as we know it through their exploration of ideas related to apocalypse and regeneration, undoing and reconstruction. Gicquel’s work was exhibited in a solo exhibition at Passerelle Centre d’art contemporain, Brest, as well as exhibitions at The left right place, Reims; Art Souterrain, Festival Montréal, Canada; 10e Prix de la Jeune Création de Saint-Rémy, Saint-Rémy, France; Kratt, l’ombre d’un météore, curated by Le 4è étage-Vincent-Michael Vallet Buropolis,Marseille,France,among others.She had her first solo exhibition at a gallery with Hua International in February 2021. (Text by Jesi Khadivi)