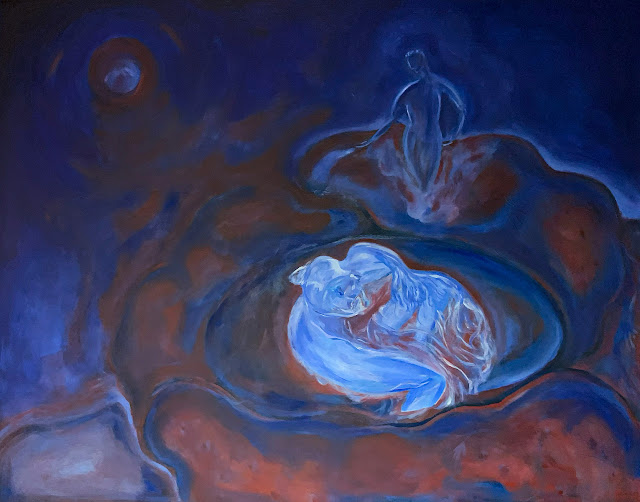 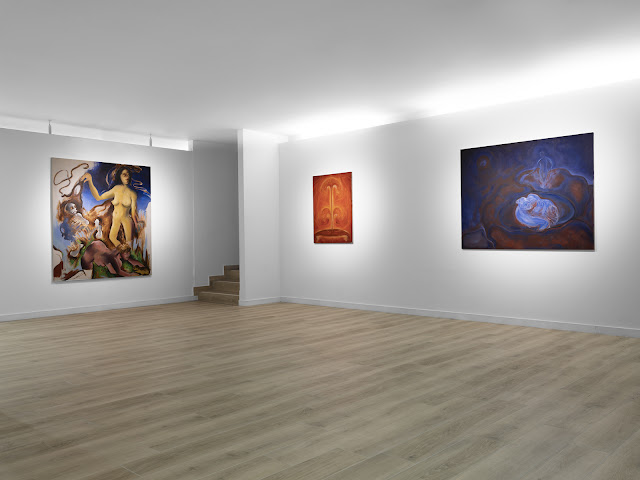 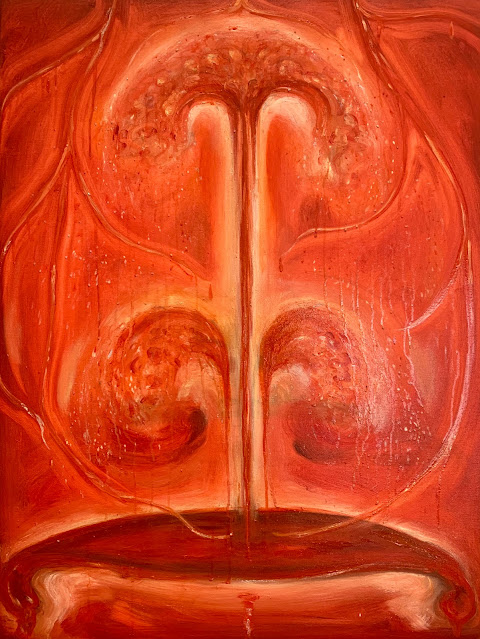 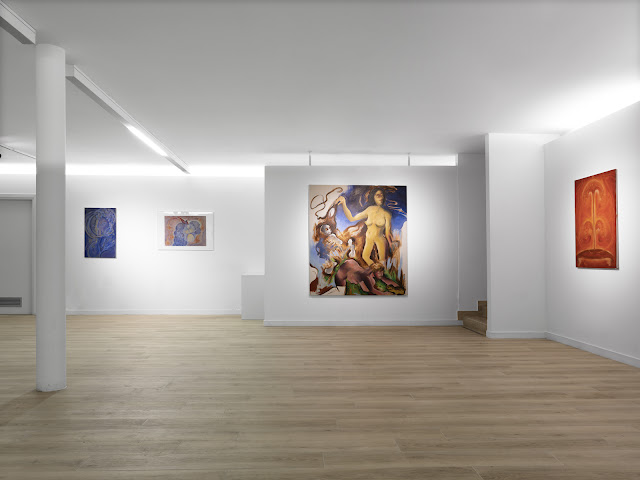 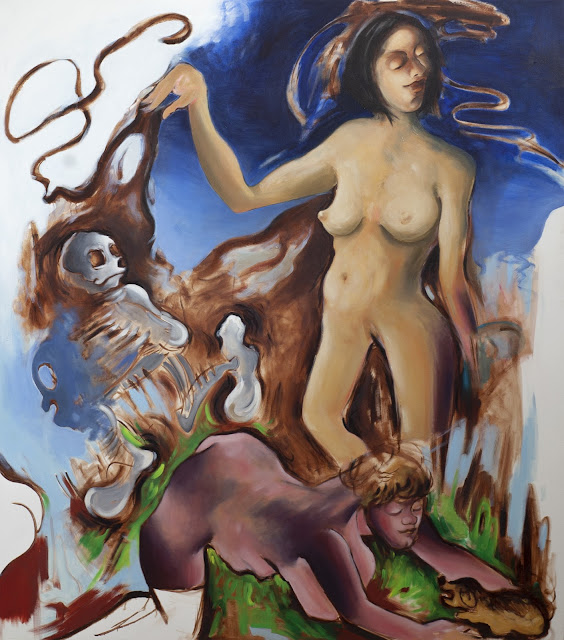 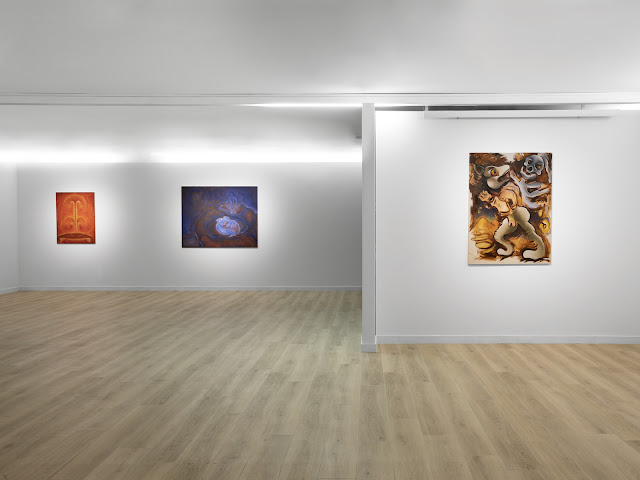 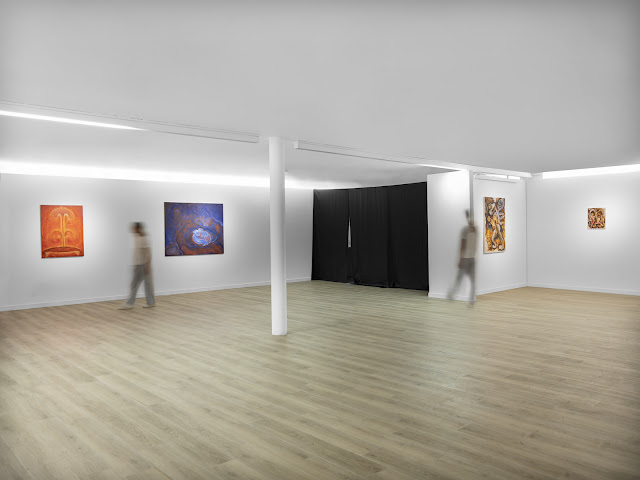 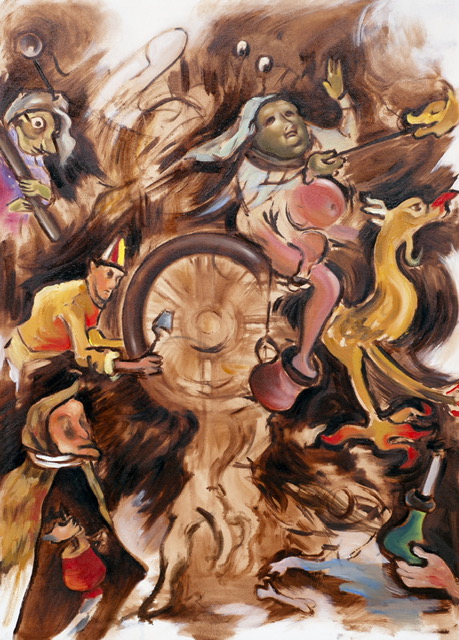 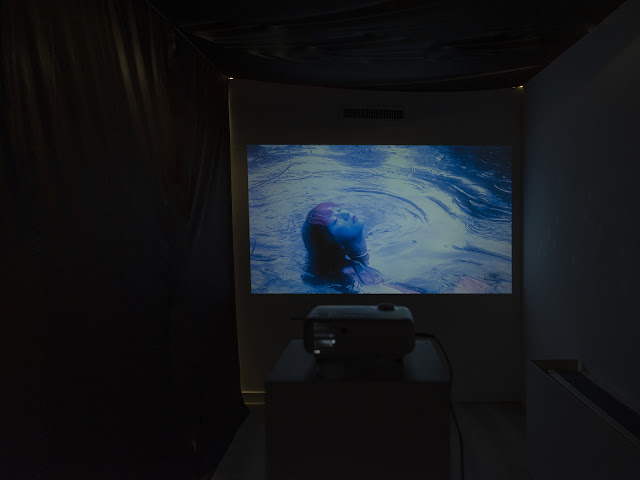 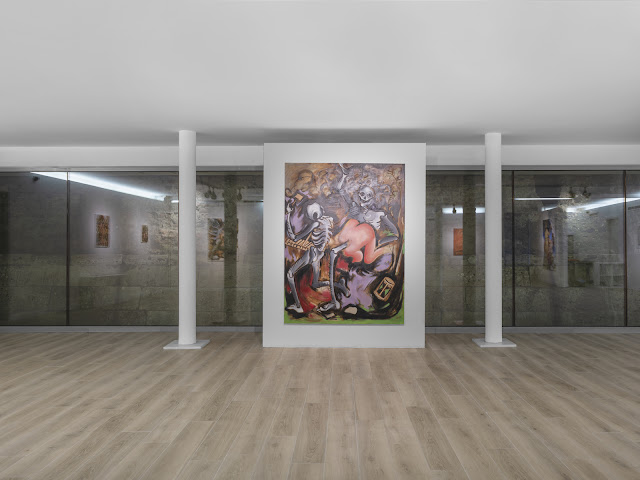 The bliss exhibition questions the difficulty of understanding and experiencing "bliss", intended as a state of deep psychophysical and spiritual well-being.

The five pieces of Silvia Paci, created specifically for this exhibition, are inspired by the thirty-two engravings by Hans Holbien Danse Macabre (1525 c.a.) and a series of prints of medieval times. In contrast to the Catholic Christian model of the afterlife, populated by angels and saints in a soothing celestial vision, the artist chooses to investigate the theme of the fragility of the human condition and the transience of the body. The physicality of the body becomes the main character of the scenes where there is no longer a clear separation but a game balancing  between reality and dream. As Silvia says: "in my artistic research the body plays the most important role; it's the tool that allows us to be in contact with the world”. Throughout Silvia’s artistic production, a situation composed of a set of characters and images are represented, most of the times not linked by logical/rational connections. In her paintings bodies always appear, deformed and rotting, which express reality with more ferocity and vividness.

The work of Salomè Wu is characterized by dreamlike and mystical scenarios, populated by evanescent visions, where nature and human blend together in a mystical union. The uncontrollable force of nature, which has its own flow - incomprehensible to men - but inevitable is the desire to join it - and to be carried away - and the representation of the power and intensity of the deepest human emotions are recurring themes in Wu’s work.In the drawing Elixir - Destroy for example, the artist chooses to represent a couple in the full enjoyment of a love encounter dominated by a sort of cornucopia that has already begun to pour its drops of poison, which will gradually intoxicate the body and the relationship. In all her creations Salomé Wu uses red and blue as dominant colors with precise symbolic meanings: blue is associated with sadness and emotional fragility. It’s a dark color, tied to personal situations that the artist remembers with nostalgia and pain. Red, on the other hand, is associated with the strongest and most lively emotions, with a powerful physical impact. An example of this is the work entitled Bliss - practically a red monochrome - in which Salomé Wu paints with a semi-abstract design the physicality and carnality of her deepest emotions. This dualism of color is also found in the video of the artist who sees the main character in the act of bathing in the "river of life", in an attempt to become one with nature and to feel the primordial energy.

Silvia Paci (1990, Prato) lives and works in Milan. She graduated from the Academy of Fine Arts in Florence in 2014. In recent years she has participated in the residences: 318 international Art Village, Beijing and Via Farini, Milan. Her exhibitions include 37x33 Exhibition of Contemporary Portraiture, Red Gate Gallery, Beijing; Once Upon a Time and Now, Studio 3 Gallery, University of Kent, Canterbury; Enter Art Foundation, Kantgarage, Berlin; Knock Out, The Showroom Gallery, Chaochang, Beijing; Small Size and Vitamins, Camec (Modern and Contemporary Art Center), La Spezia. She was twice a finalist in the painting section at the Giovanni Fattori Museum in Livorno in 2017 and 2020.

Salomé Wu (1996, China) lives and works in London. She’s a multi-disciplinary artist whose practice includes oil painting, silk printing, installations and performance. She earned her BA from the Chelsea College of Arts in 2019 and MA from Camberwell College of Arts in 2020. In 2022 she participated in the residencies: She Curates X CloverMill Artists Residency (Holland) and Spread Museum (France). In the last two years she has had several exhibitions including Ode to Oaths at Guts Gallery, London (solo show); Synthesy at Delphian Gallery|Saatchi Gallery, London; Running with the Wolves at Liliya Gallery, London; Dandelion at Delphian Gallery, Basel; Opening Exhibition at Changing Room Gallery, London.