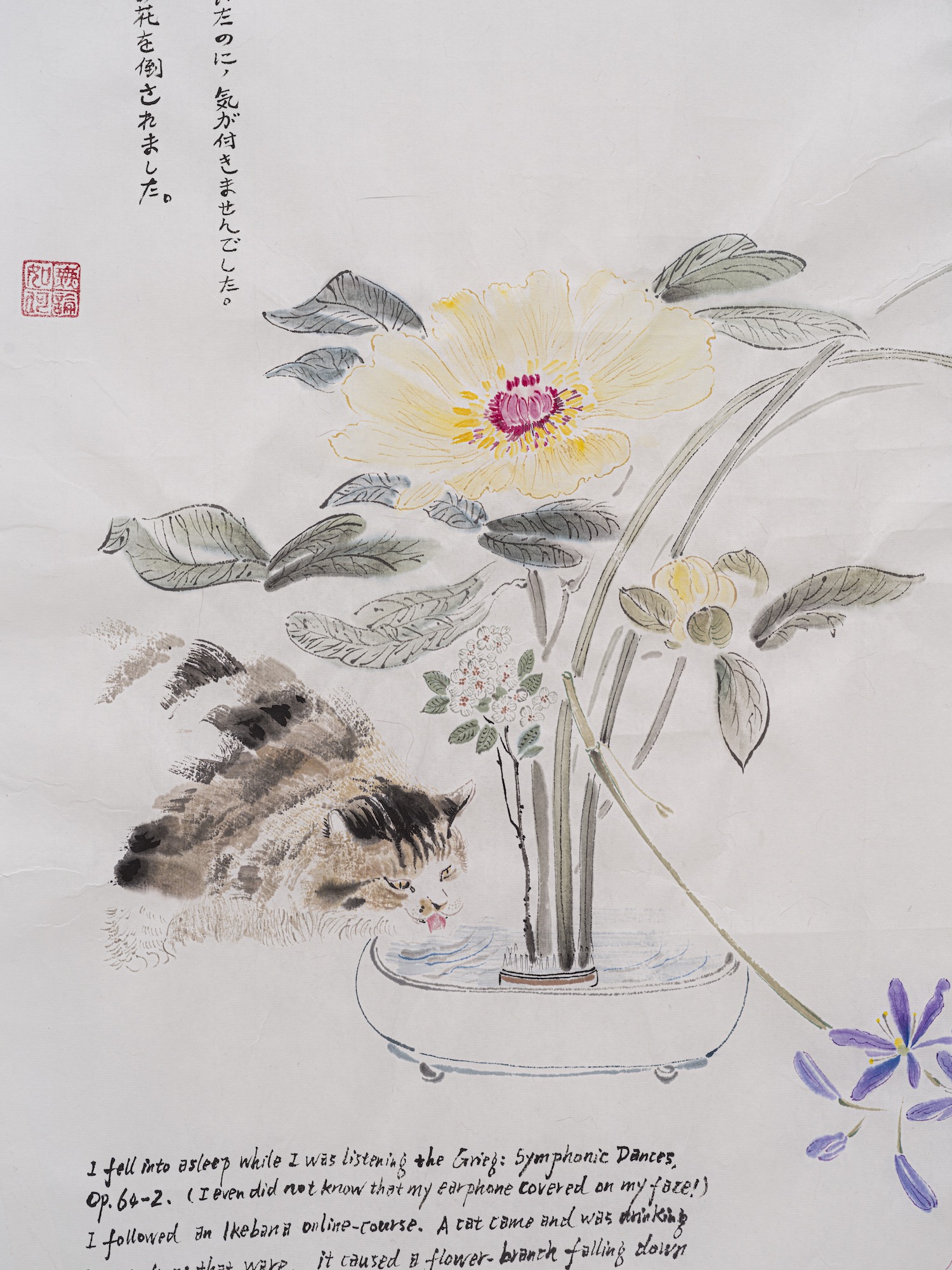 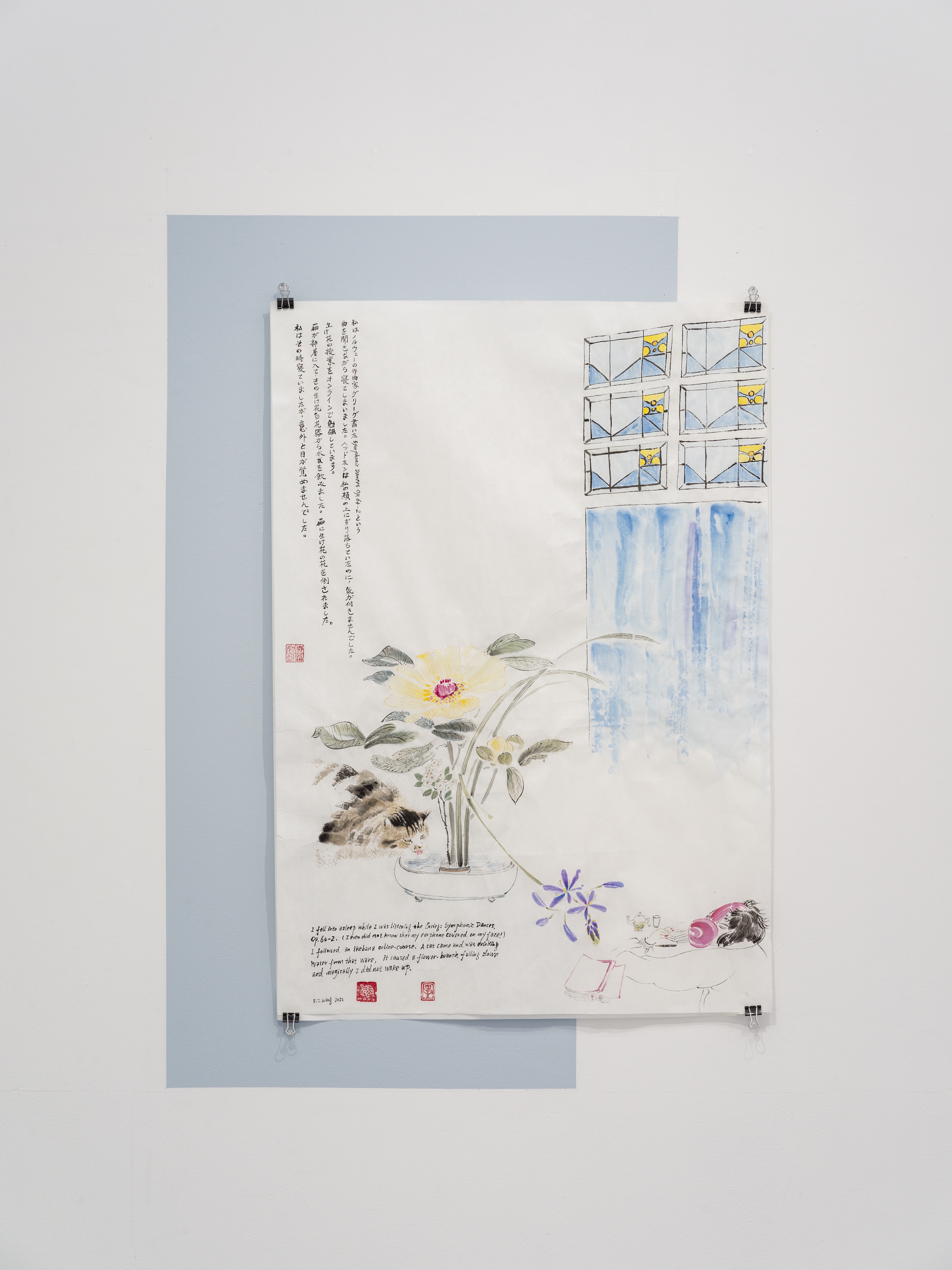 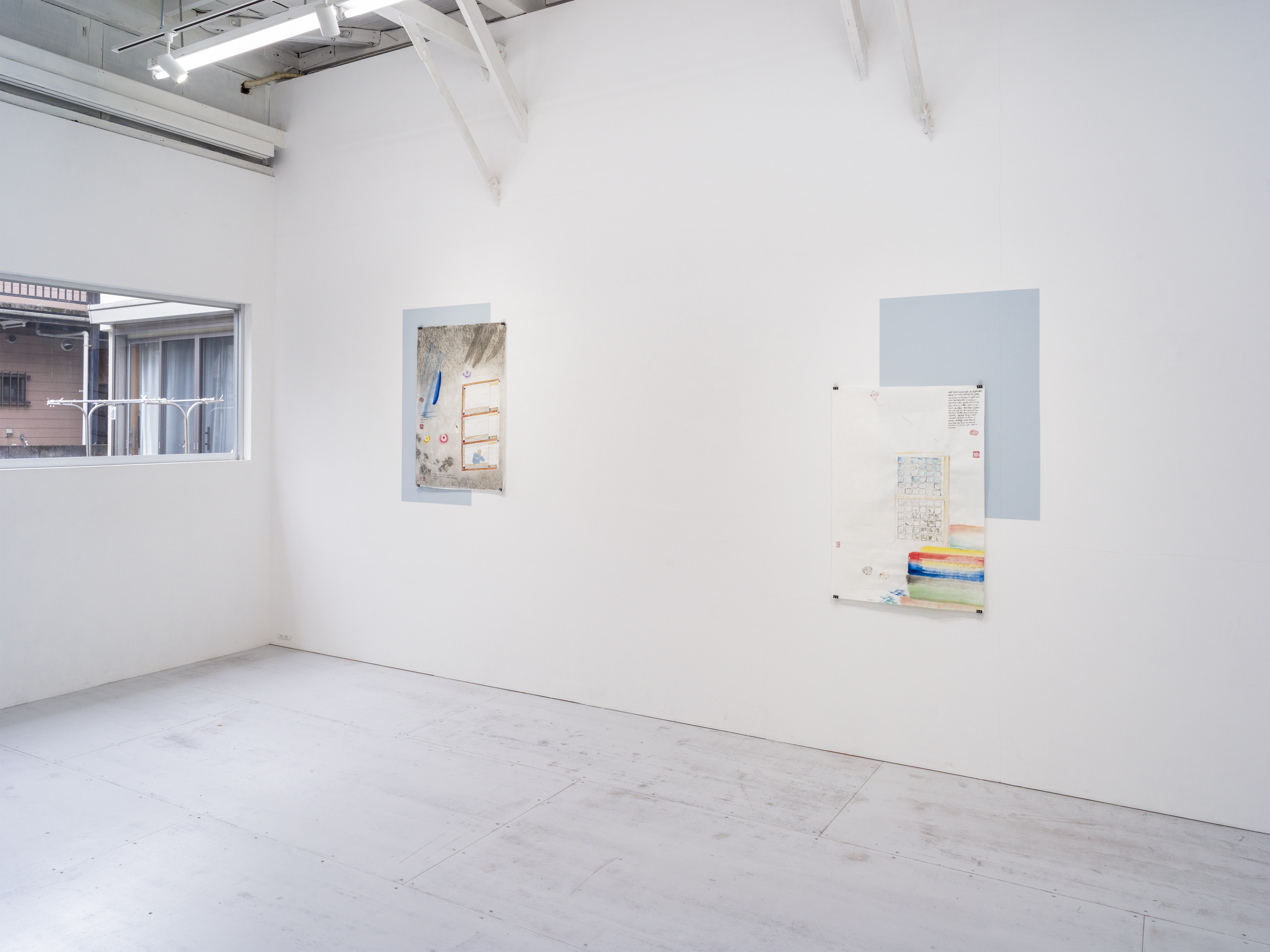 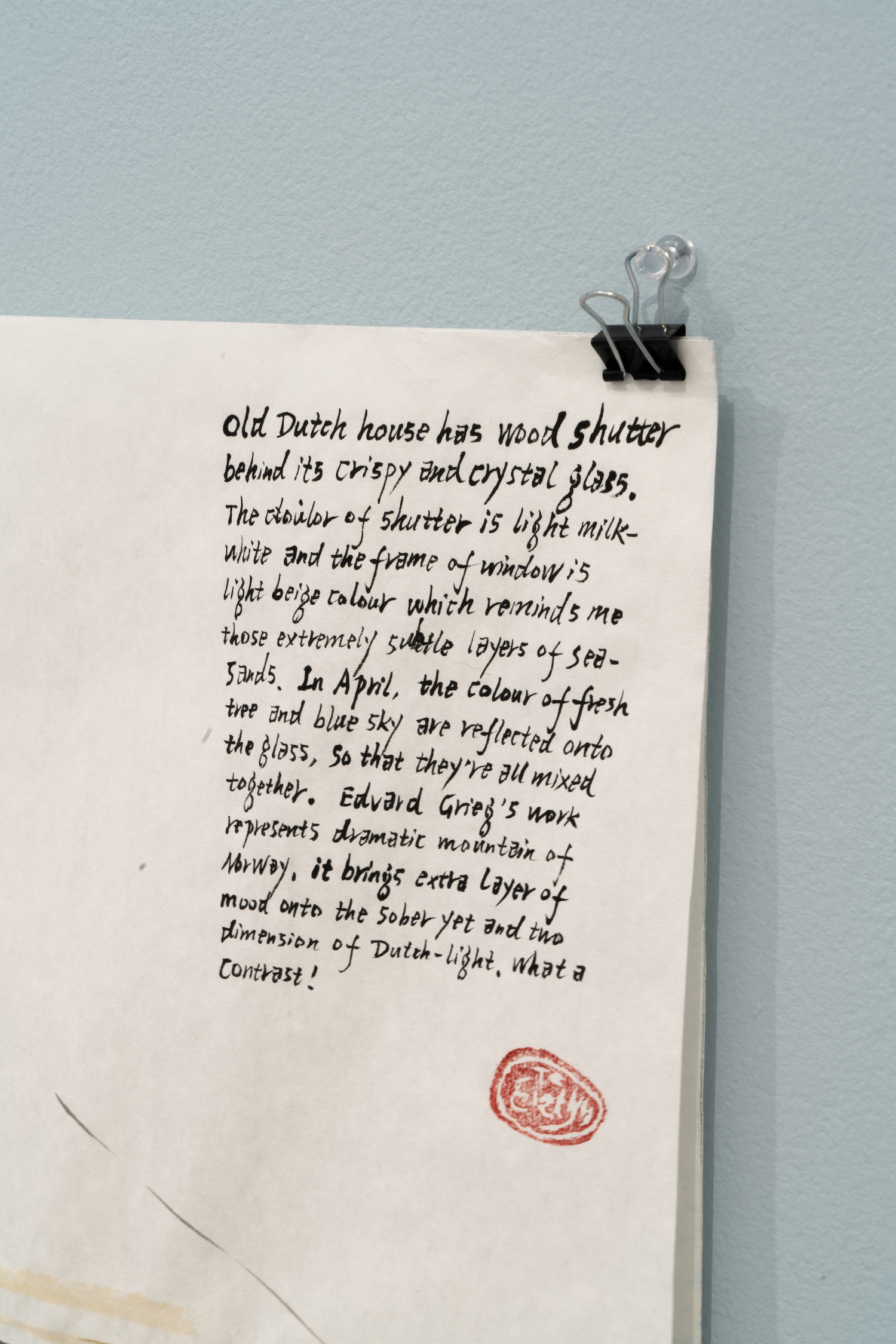 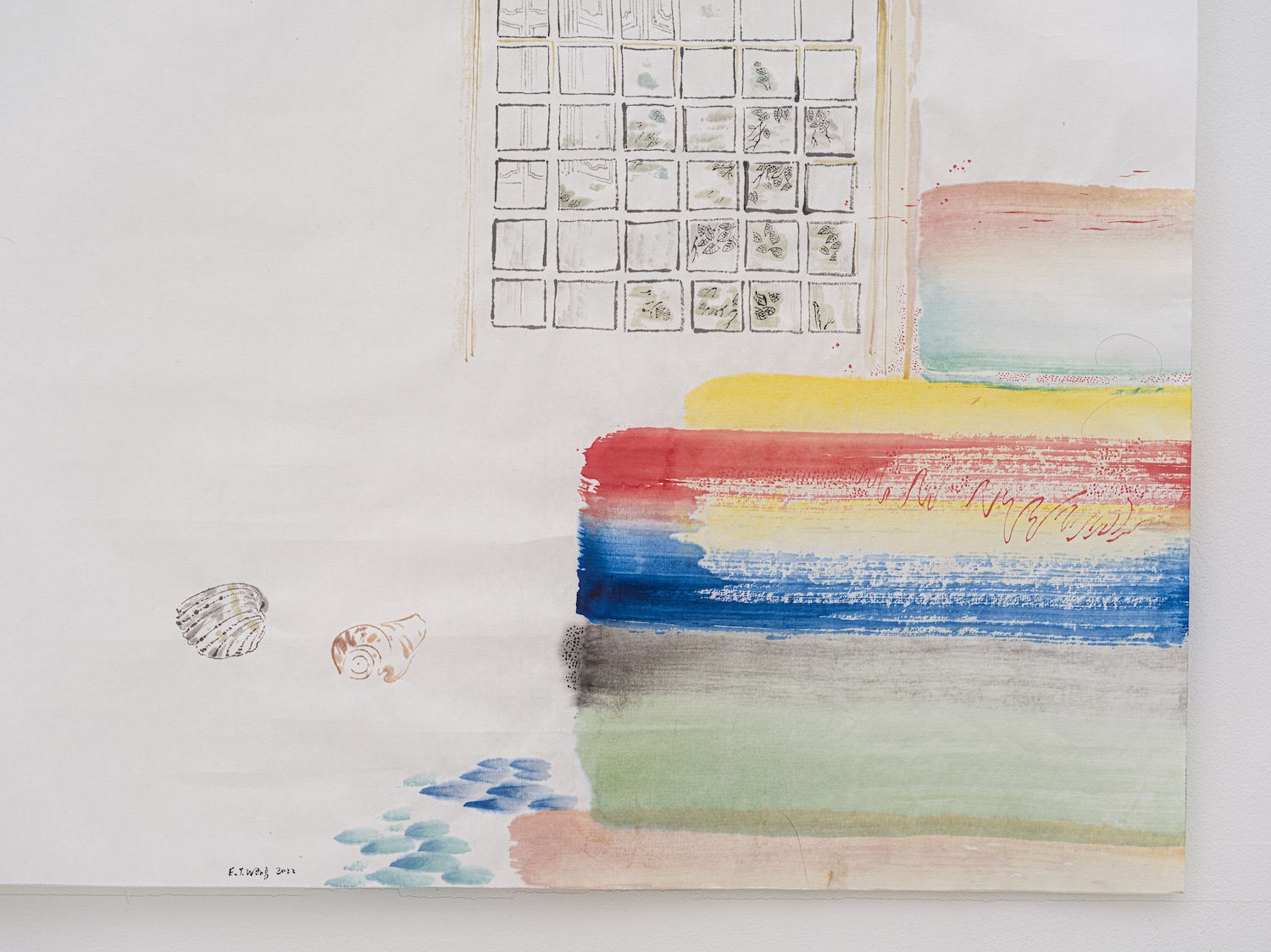 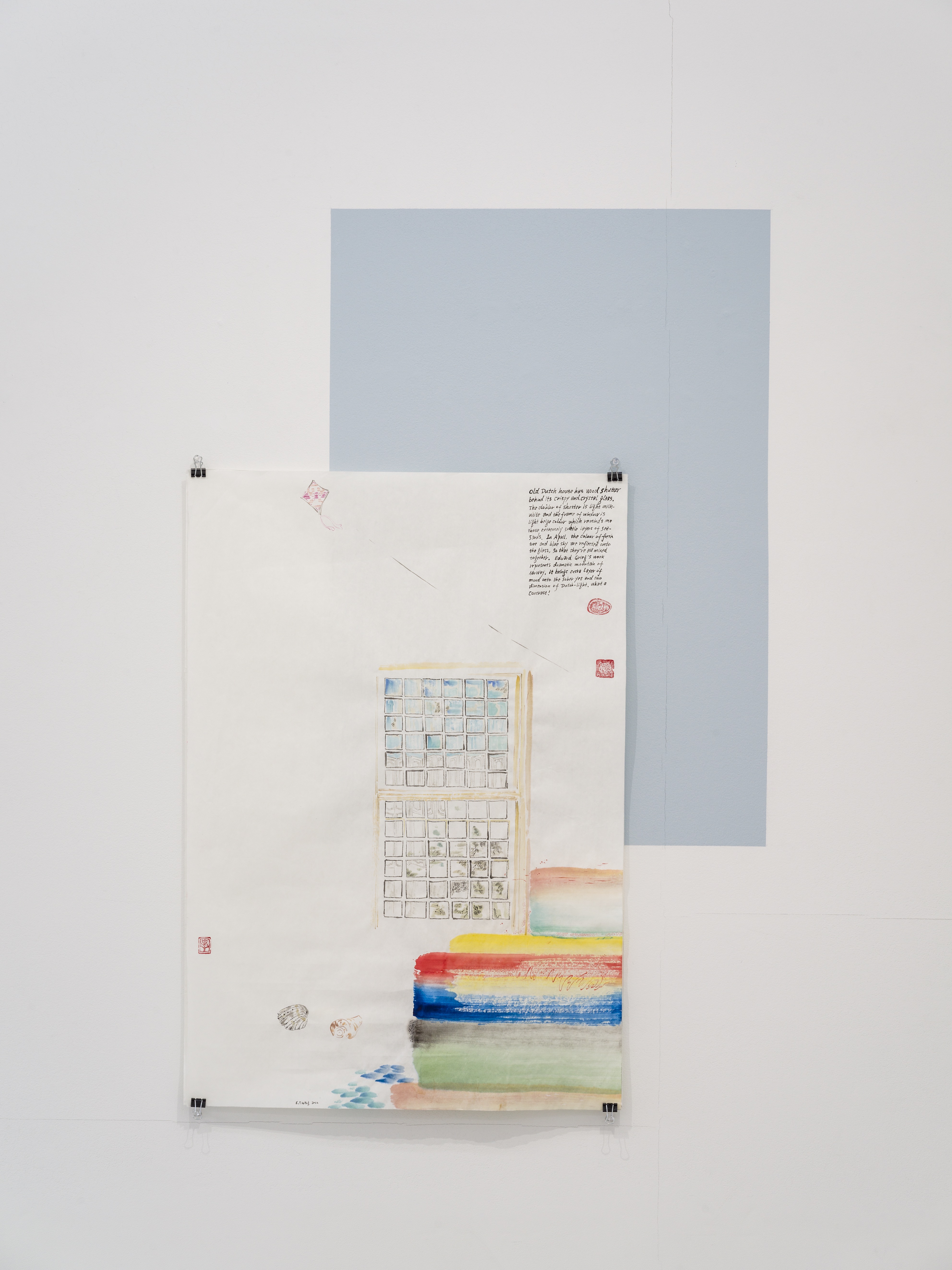 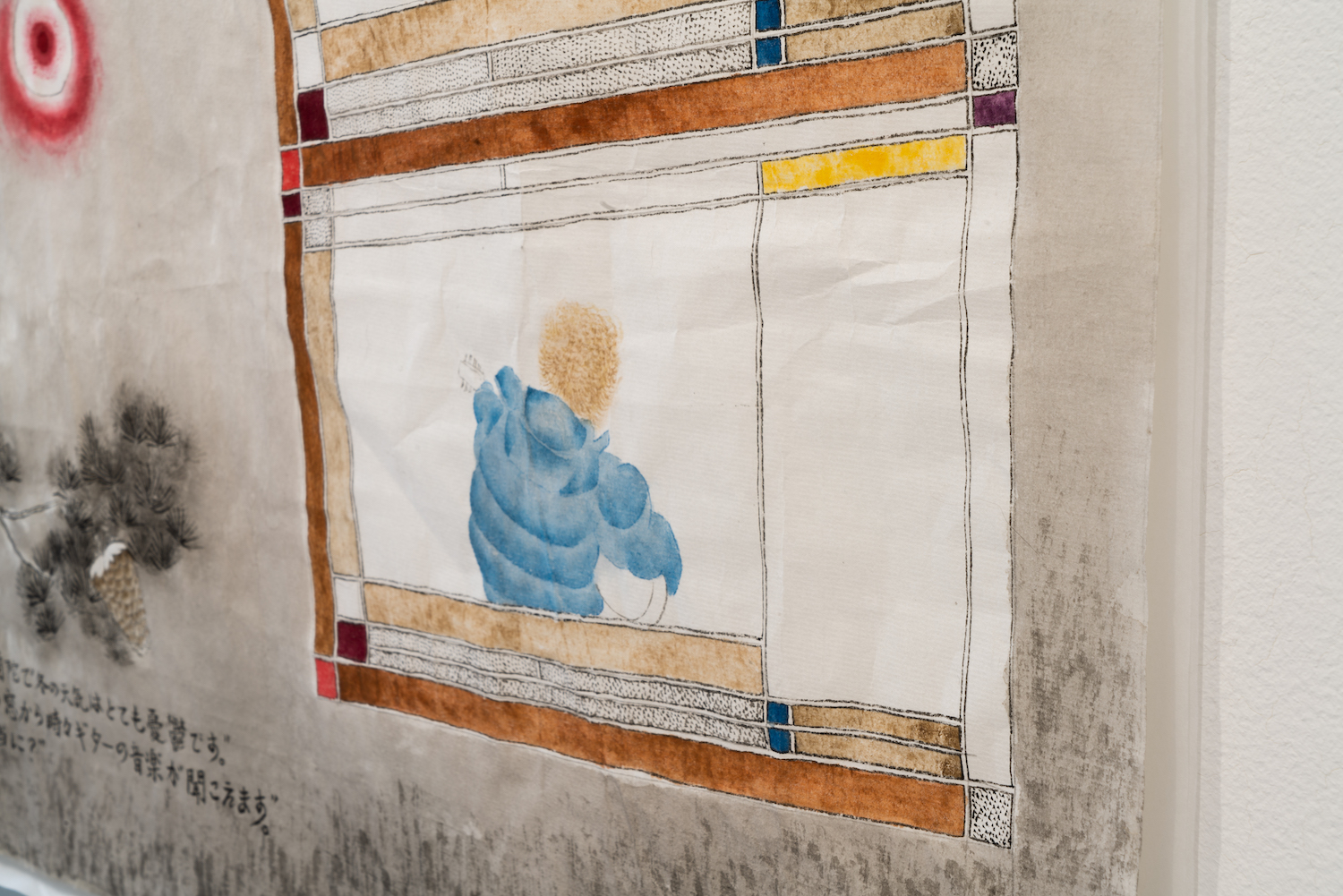 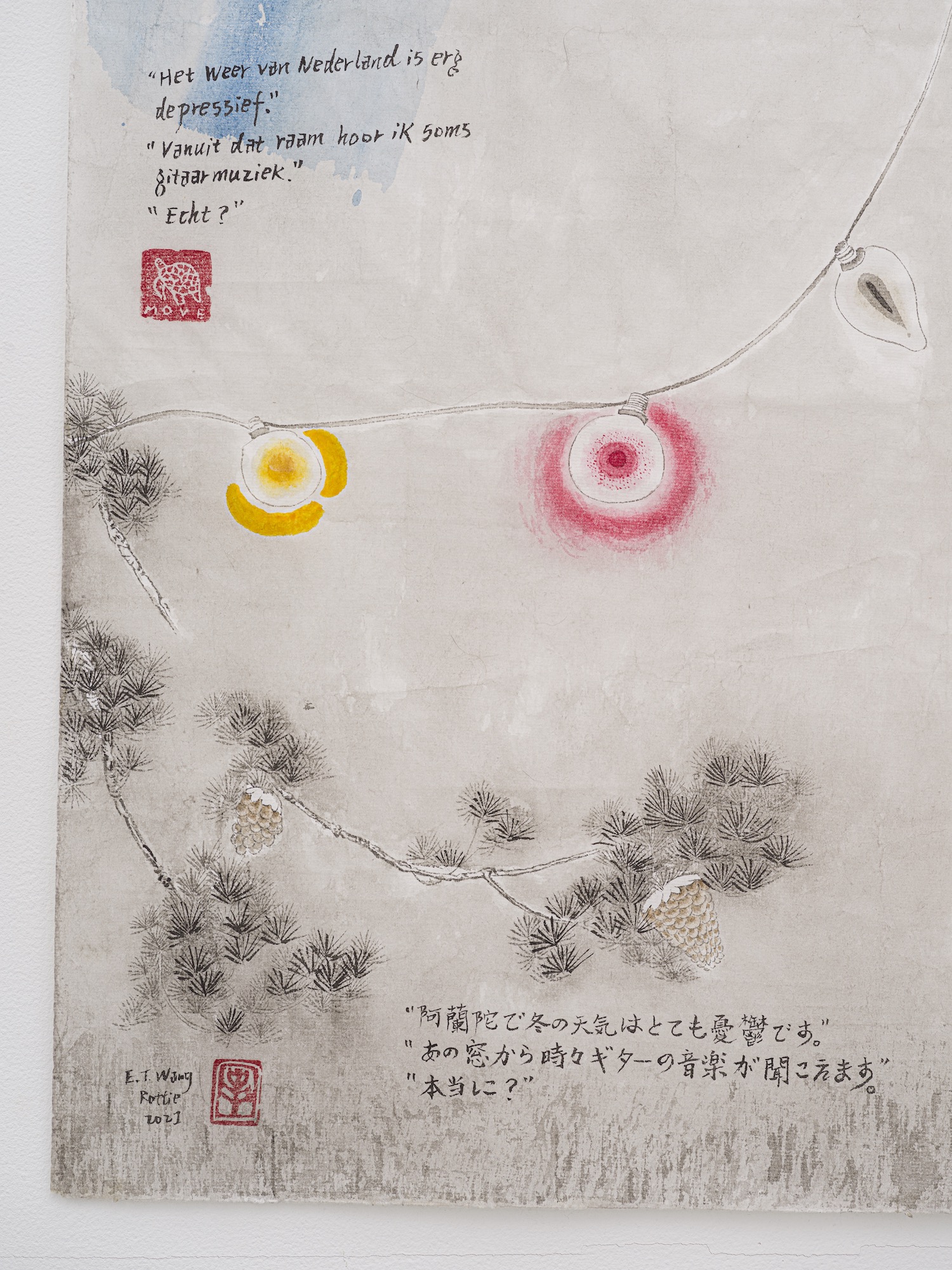 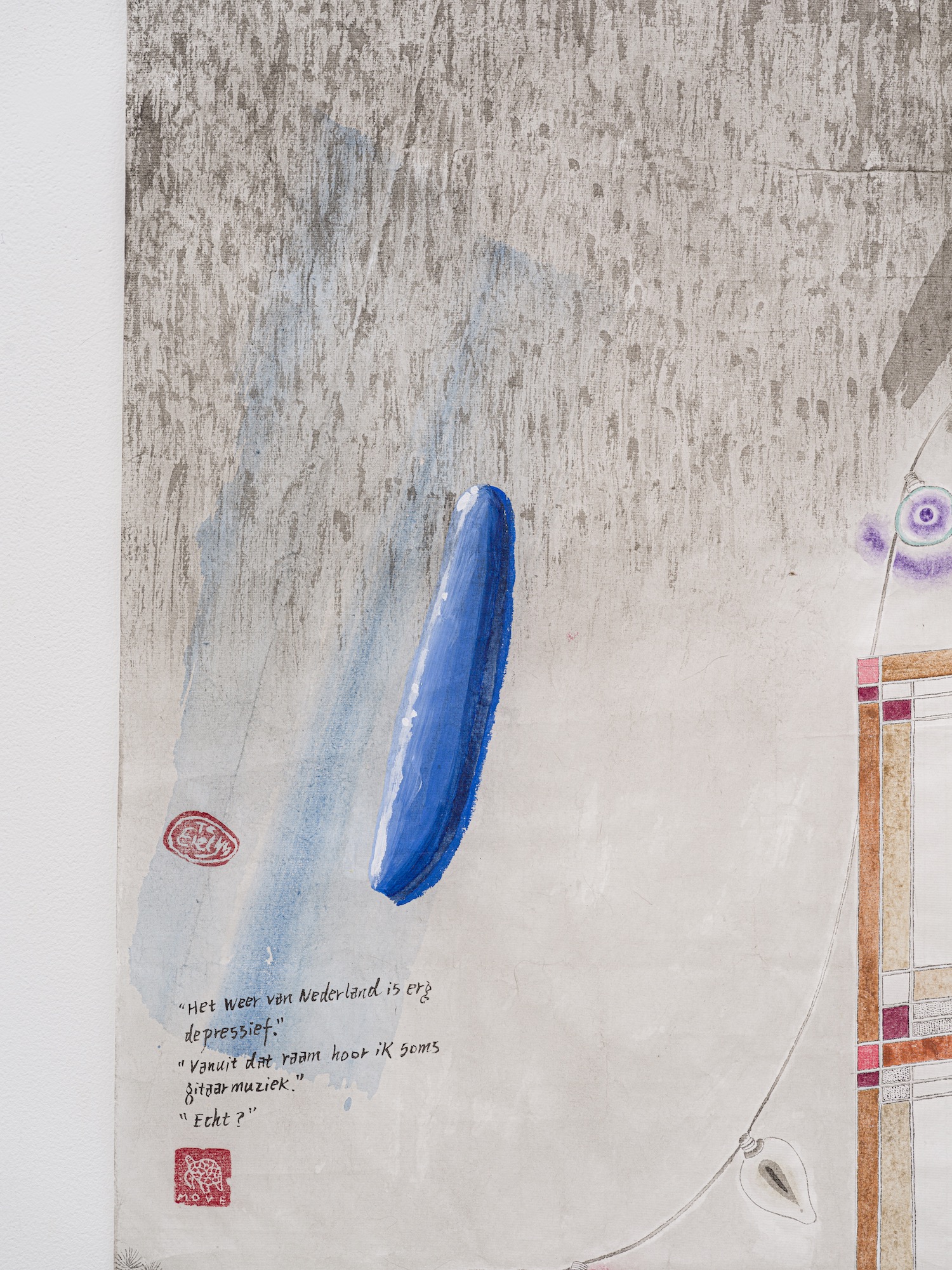 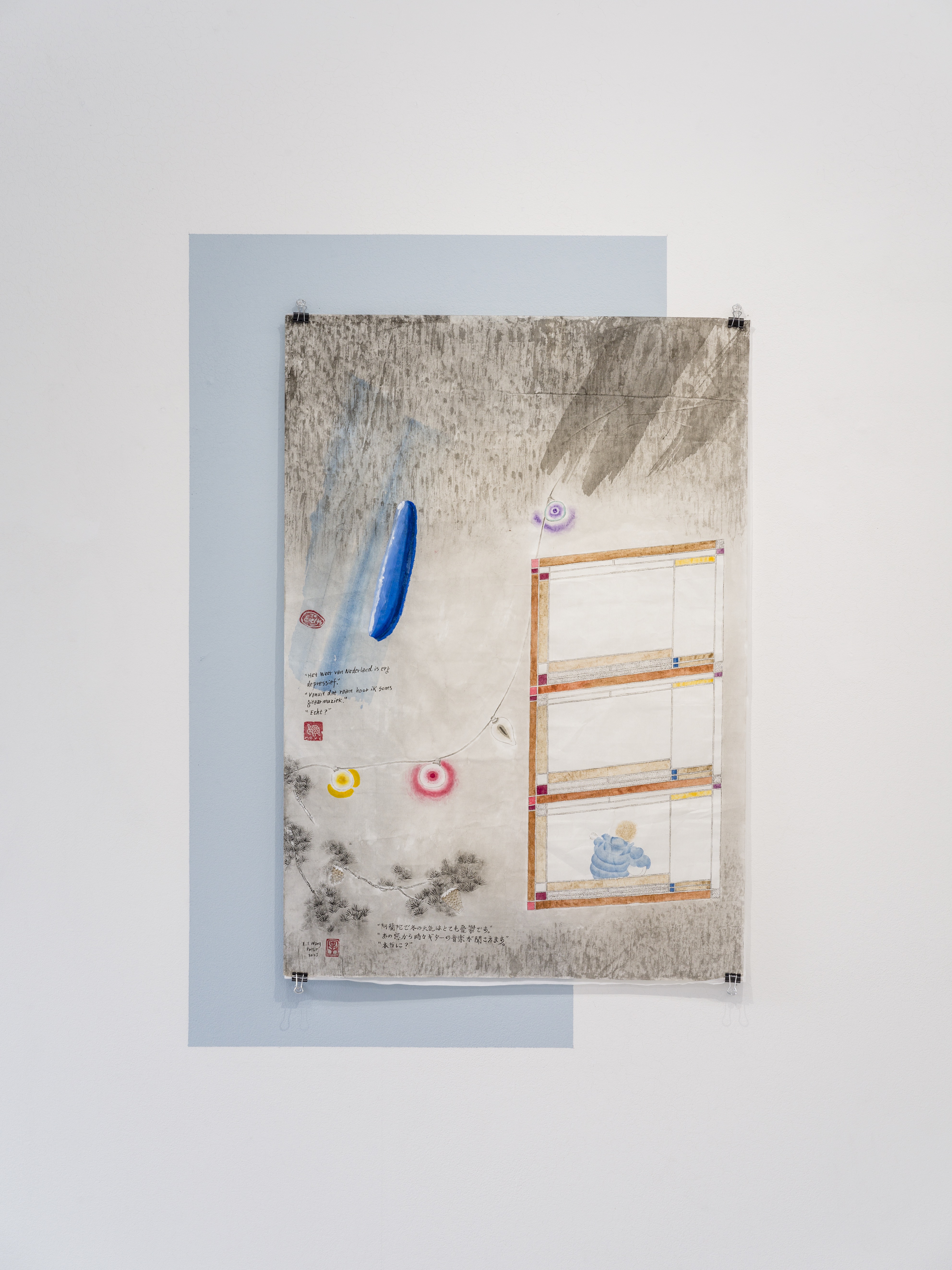 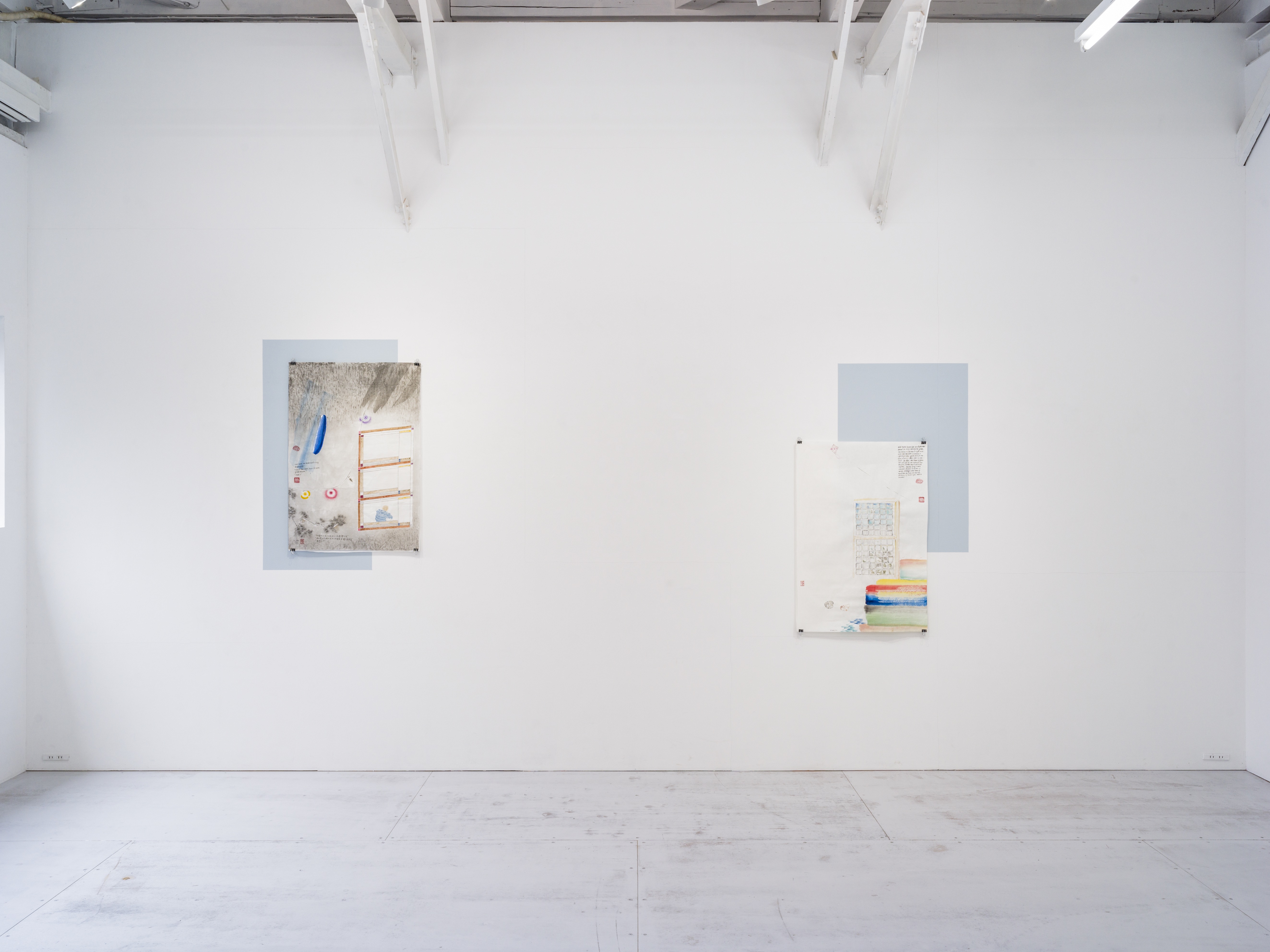 KAYOKOYUKI is pleased to present Evelyn Taocheng Wang's ﬁrst solo exhibition in Japan, Norwe- gian Music in Dutch Window. This exhibit had been withheld due to COVID-19 circumstances and has ﬁnally come to be realized after a year and a half of preparation. We hope you take this opportunity to view this awaited show.

Characterized by her vast approach in art--from paintings to performances, installations and calligraphy--with broad themes as an appropriation on traditional Chinese painting, feminine temperament and cultural identity, Dutch-based Chinese-born artist Evelyn Taocheng Wang, unfolds a scene of boundless interpretation through her recent series of multi-layered intricate portrayals of windows in Norwegian Music in Dutch Window.

Windows, speciﬁcally Dutch Windows, used as an architectural reference, possess great signiﬁcance to Evelyn and her works as they and the sceneries which lie before them have been a symbolic view on numerous occasions throughout her life. Evelyn renders her Windows through mere memory and metaphysical existences, as she values impressions to be an alternative in observing our hyperconsumed and visible world of today.1

Immersing in rich art history and their traditions, and having experienced herself as a minori- ty--sexually, ethinacally, socio-economically--she ﬁnds the concept of identity and image to be of substantial interest. Evelyn's conscious presentation of material, thin strokes, and playful manner;

along with alignments and compositions of language--as like the words within her works, as well as titles which carry idiosyncratic grammar and poetic humor2--carefully deliver her pressures and insecurities in the world around her.

Evelyn also explores the idea of oneself with her use of multiple media--regarding each medium to be of a single identity--coming to challenge their boundaries, and to accept their coexistence. For this exhibit, Evelyn claims to share a story. One, which may not perhaps provide a clear and precise answer, but would hope to function as like a piece of Buddhist Koan, or poetic haiku. And although Evelyn does not pose a ﬁxed meaning for her works, with her underlying question of the self projected onto her consecutive series of Dutch Windows, she may be encouraging the audience to take a moment to reﬂect upon their subtle daily encounters of people, things, words and contexts, such as Norwegian Music, and to listen to their sincere tunes, perhaps as a window to a more insightful understanding of oneself.

Supported by the Embassy of the Kingdom of the Netherlands