The House of the Tragic Poet by Merike Estna 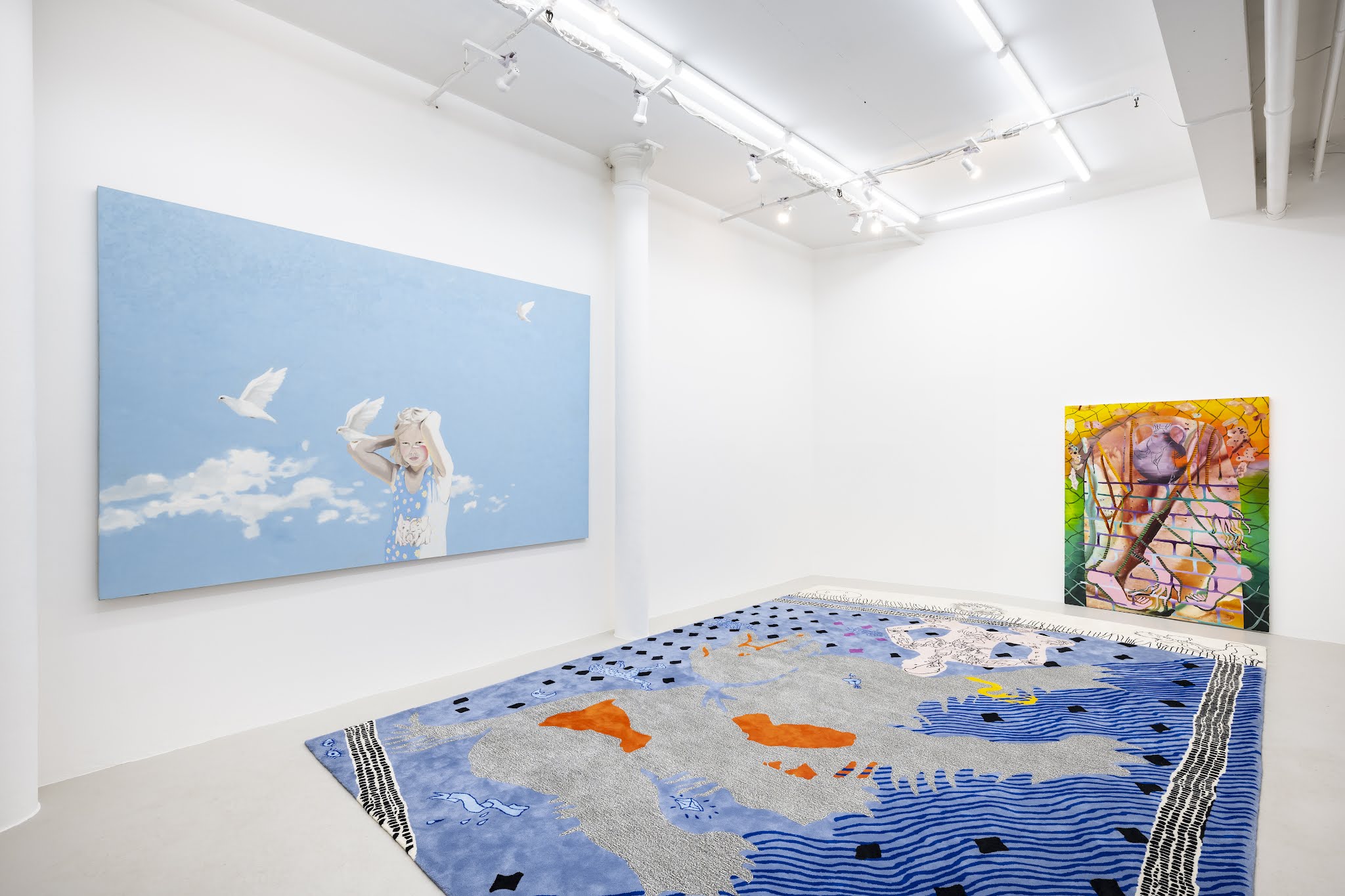 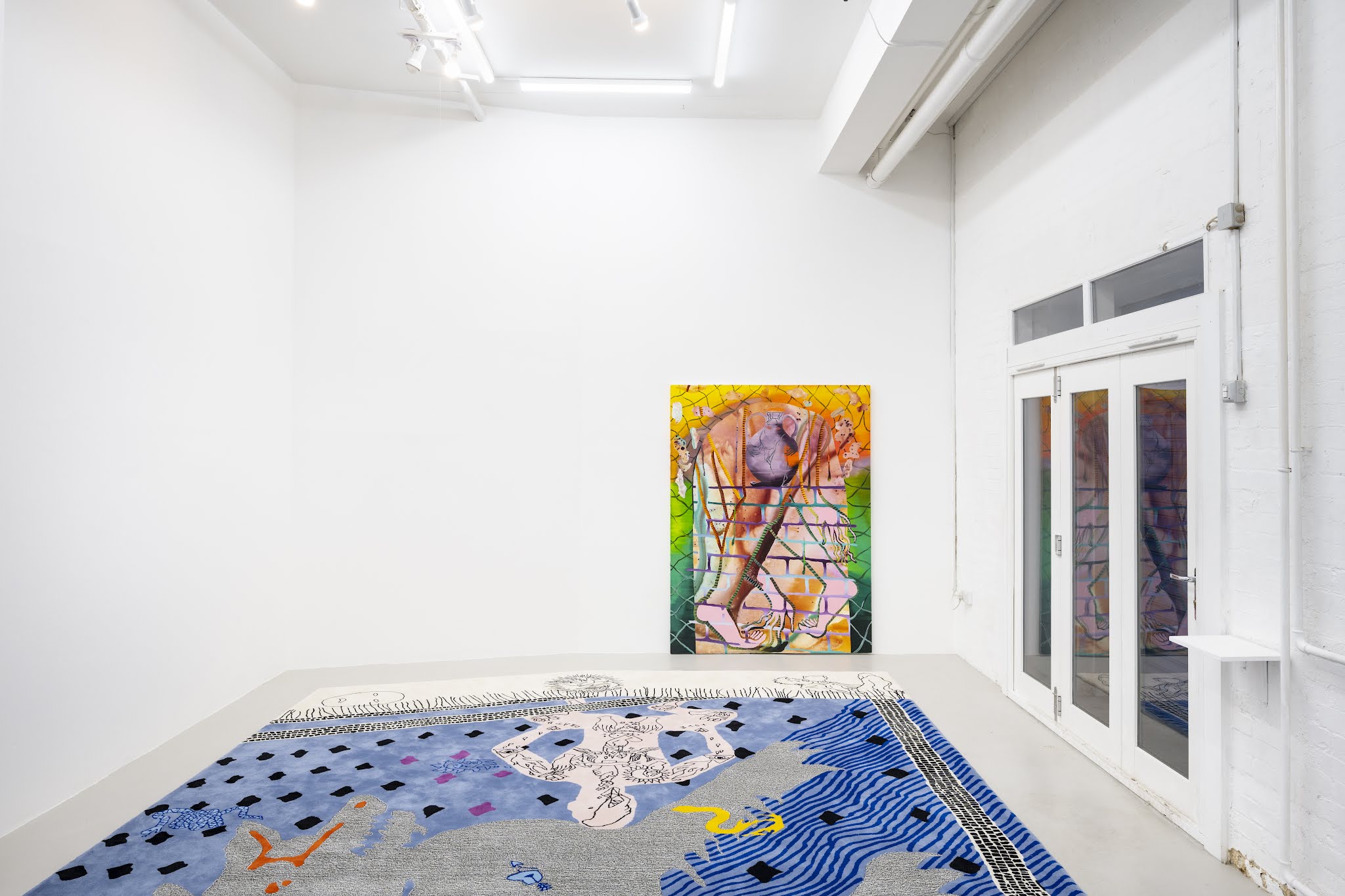 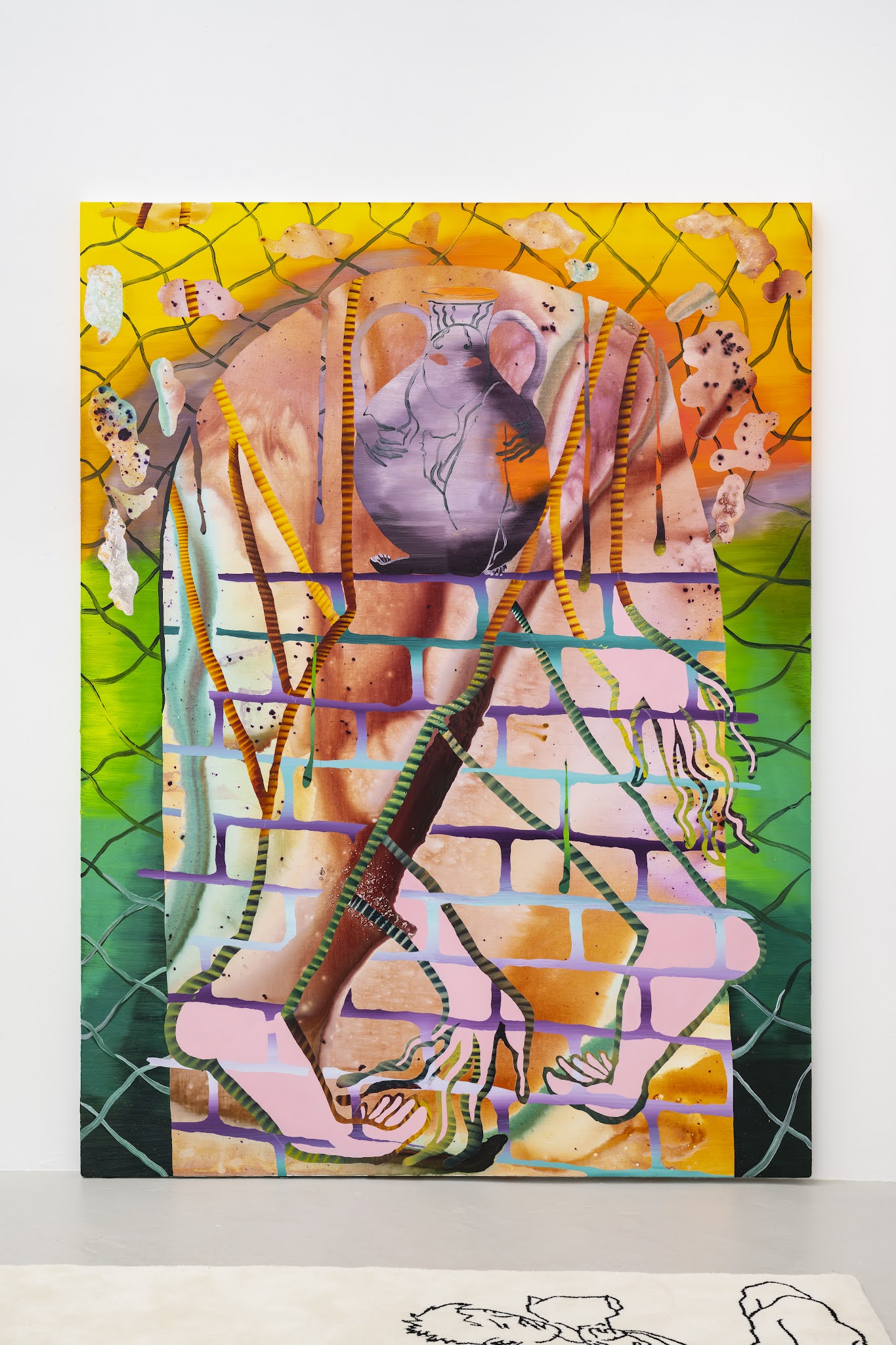 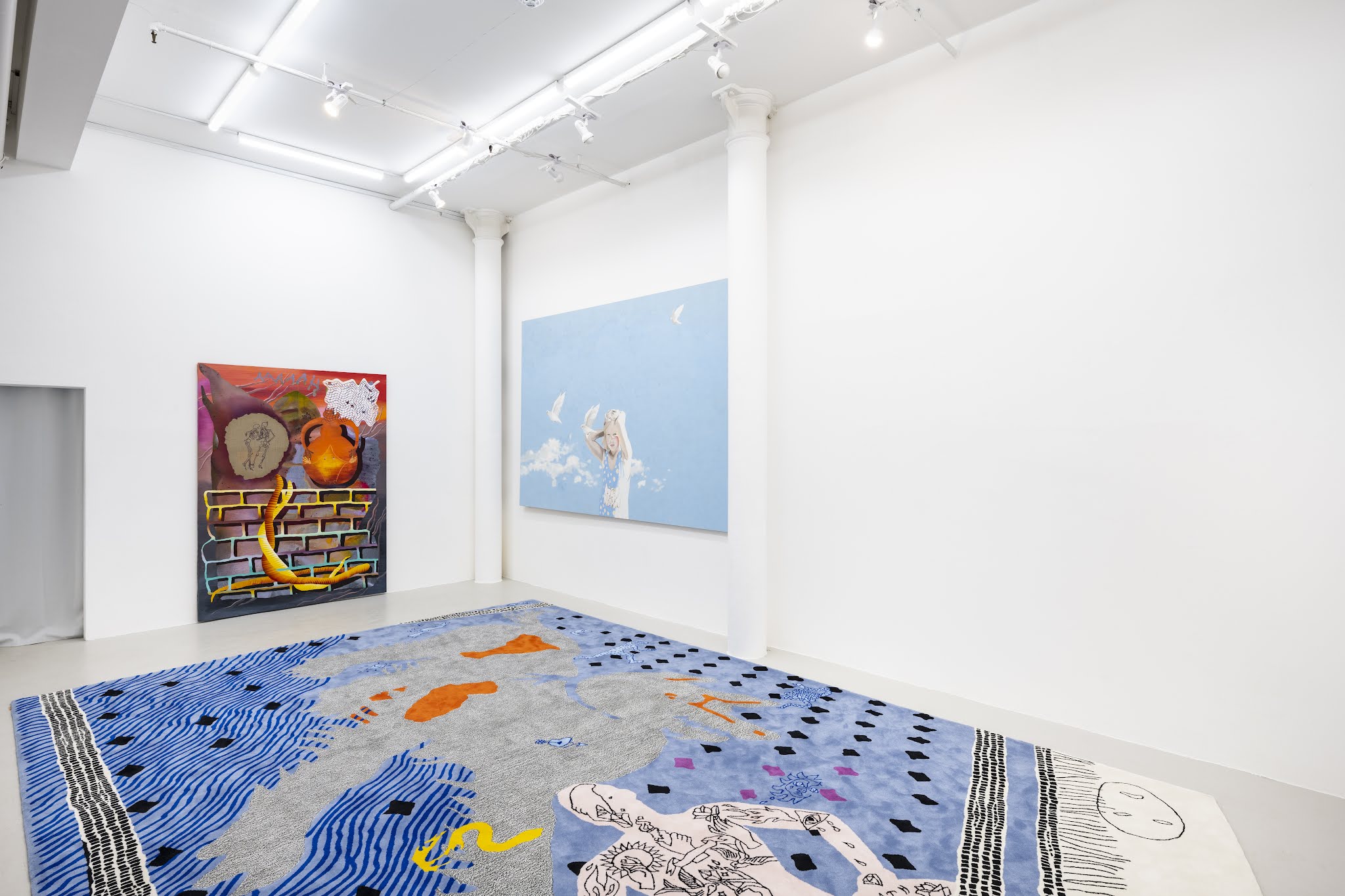 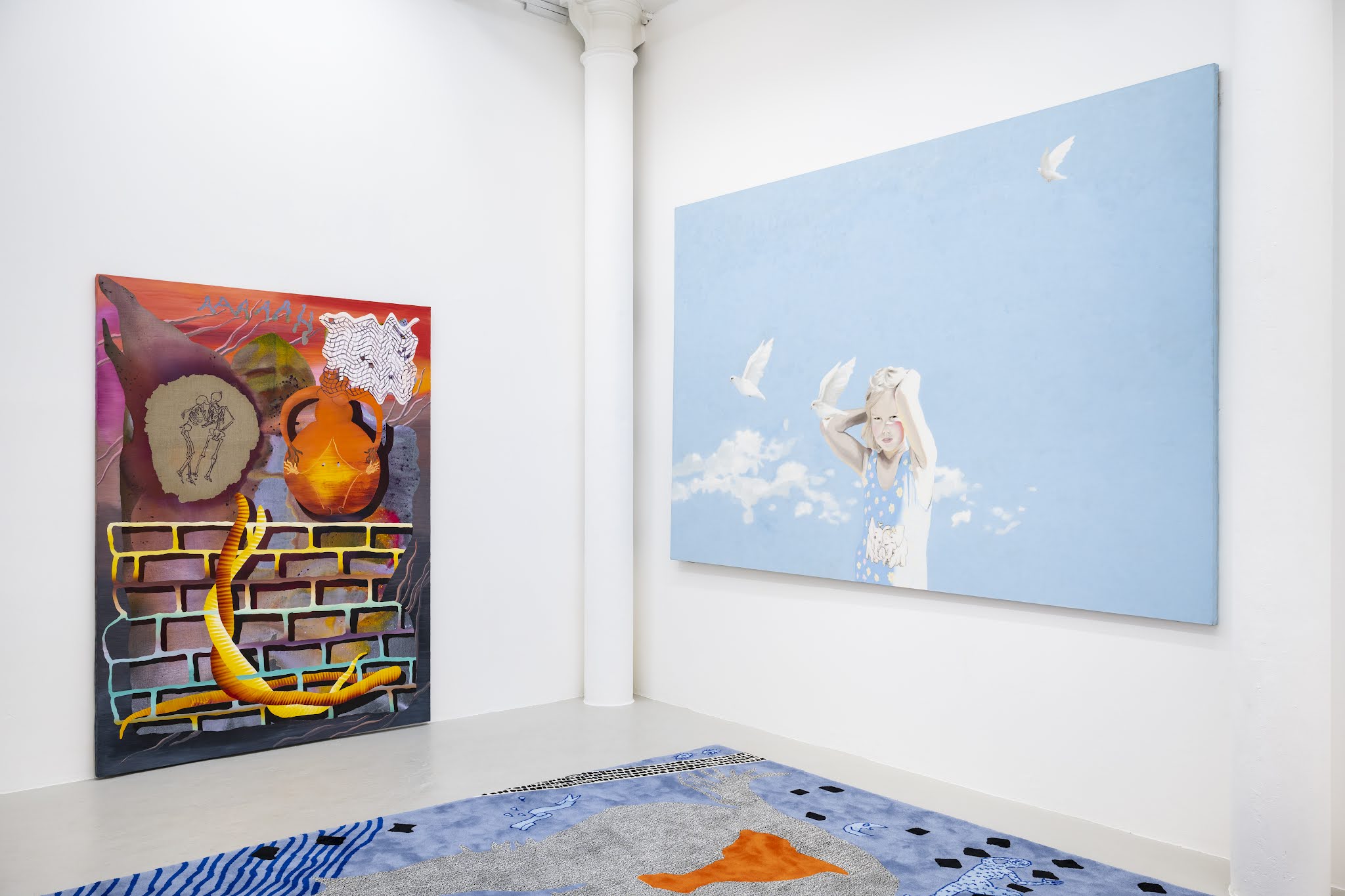 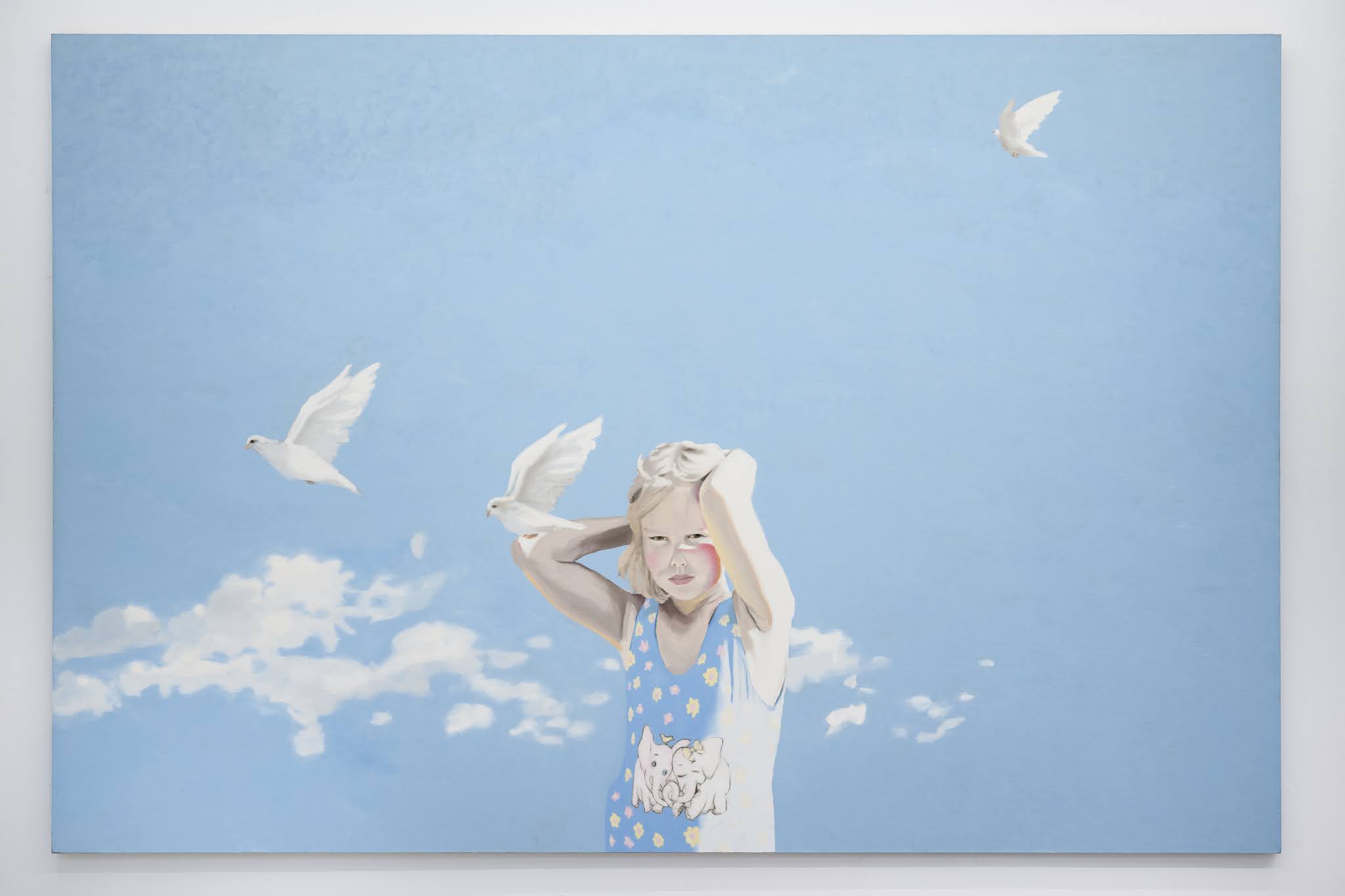 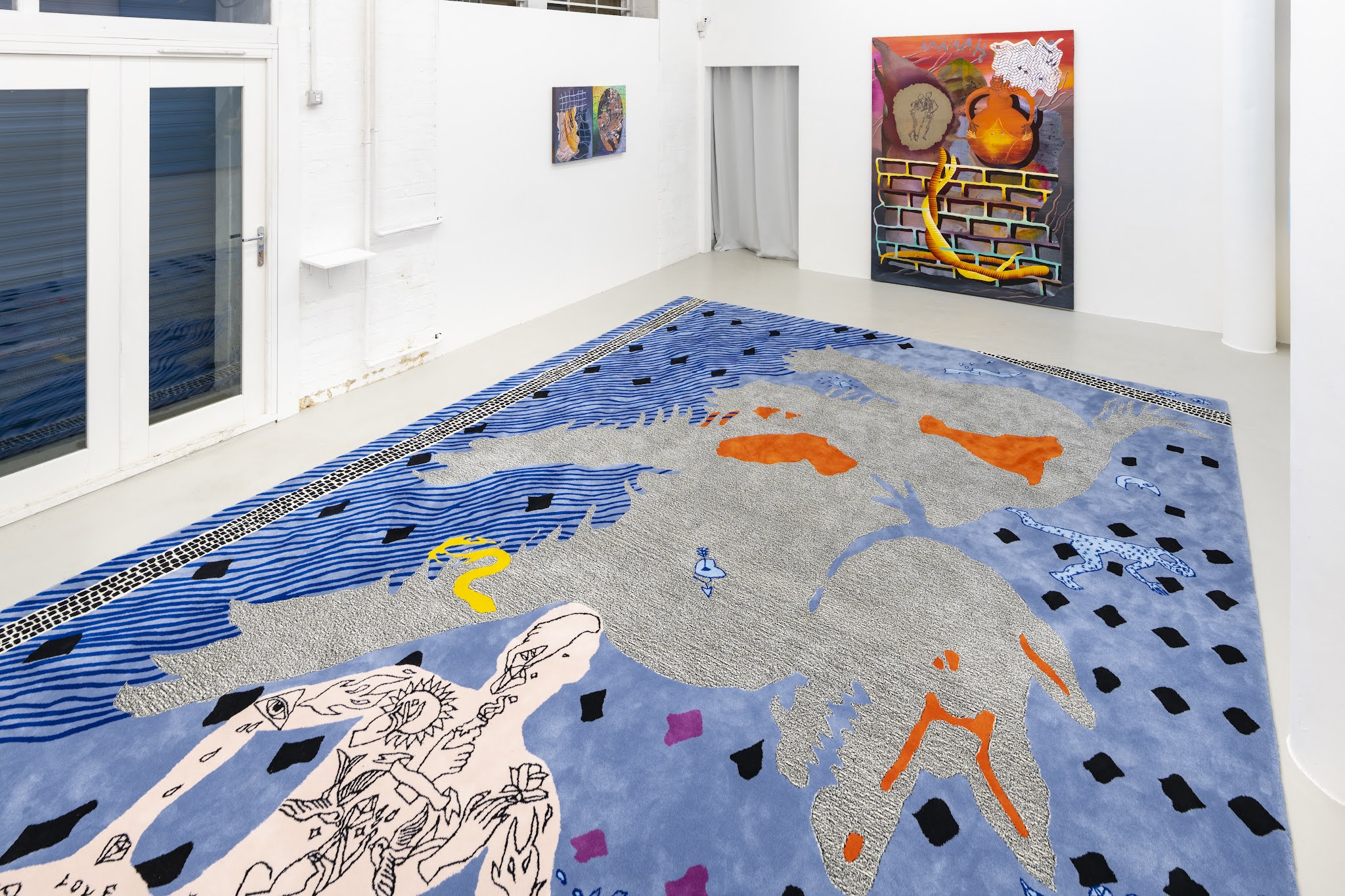 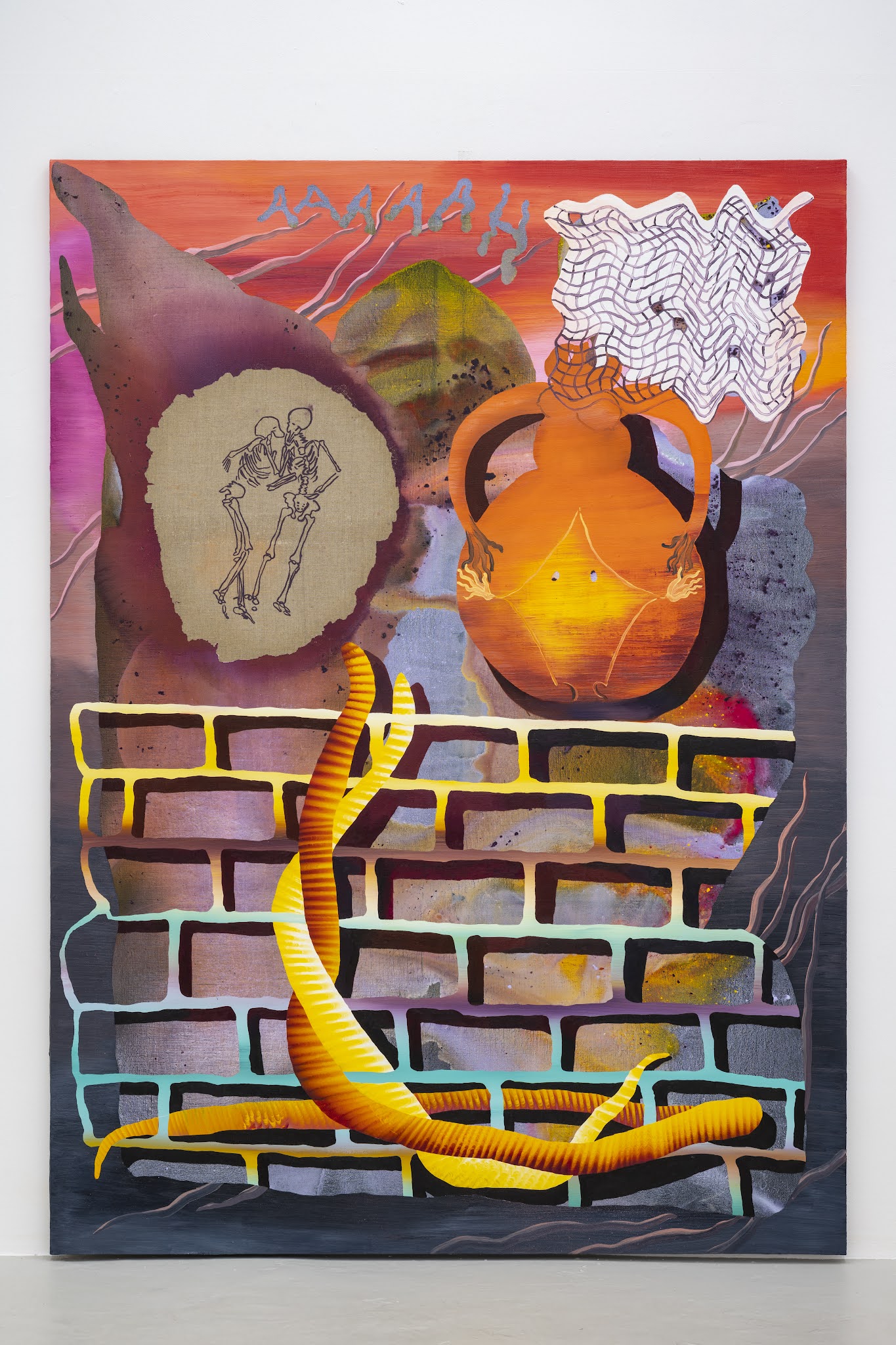 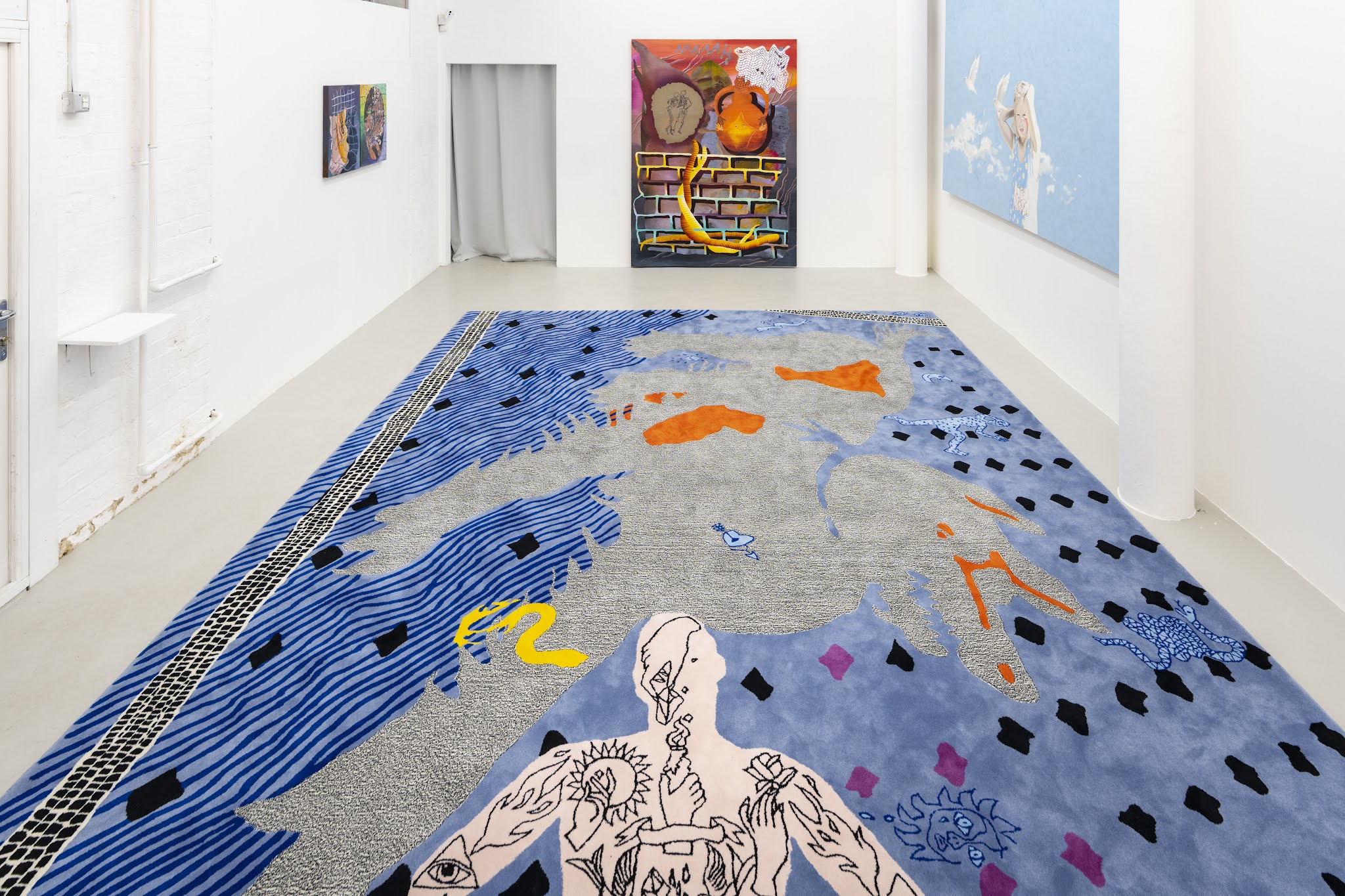 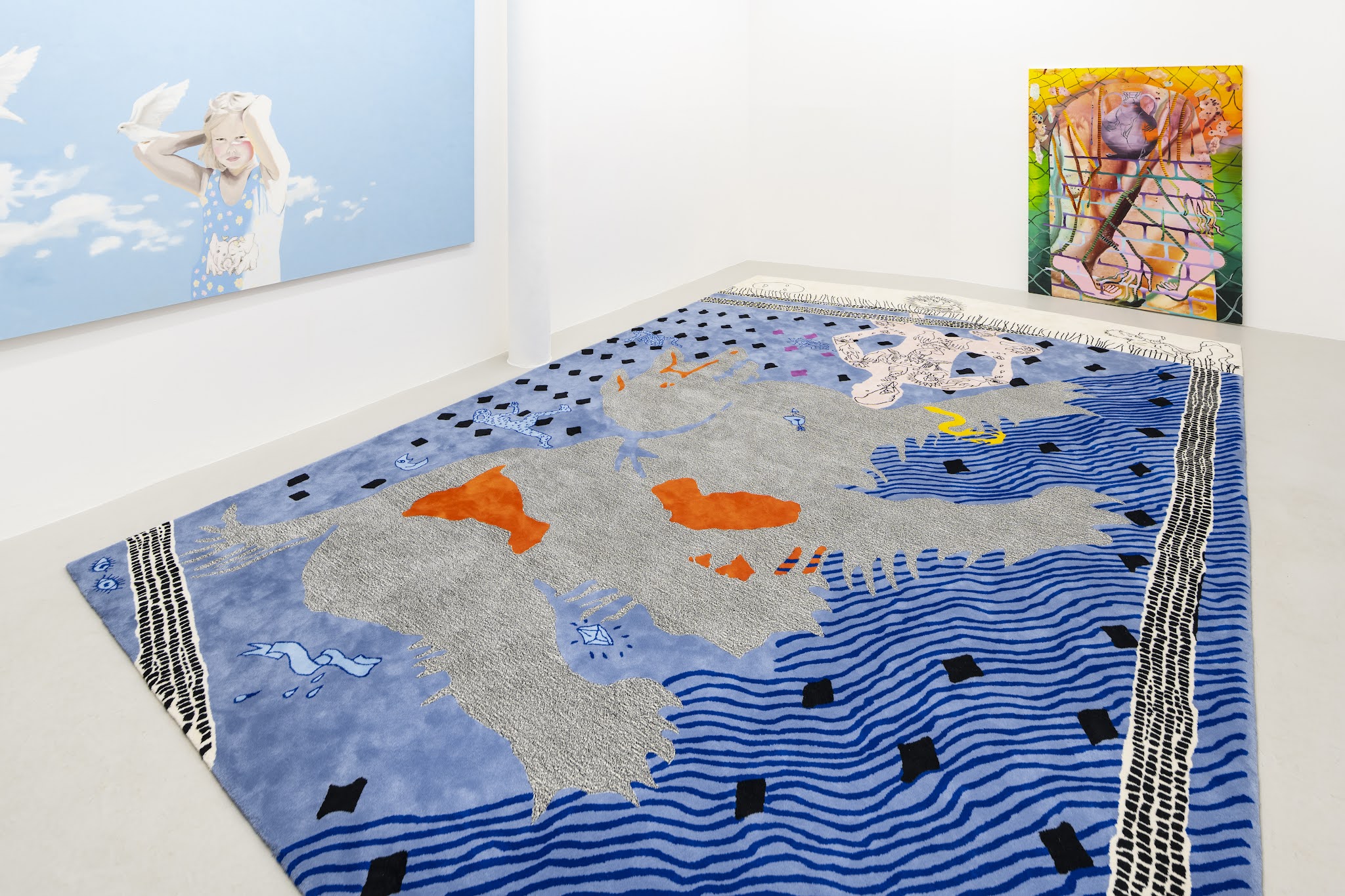 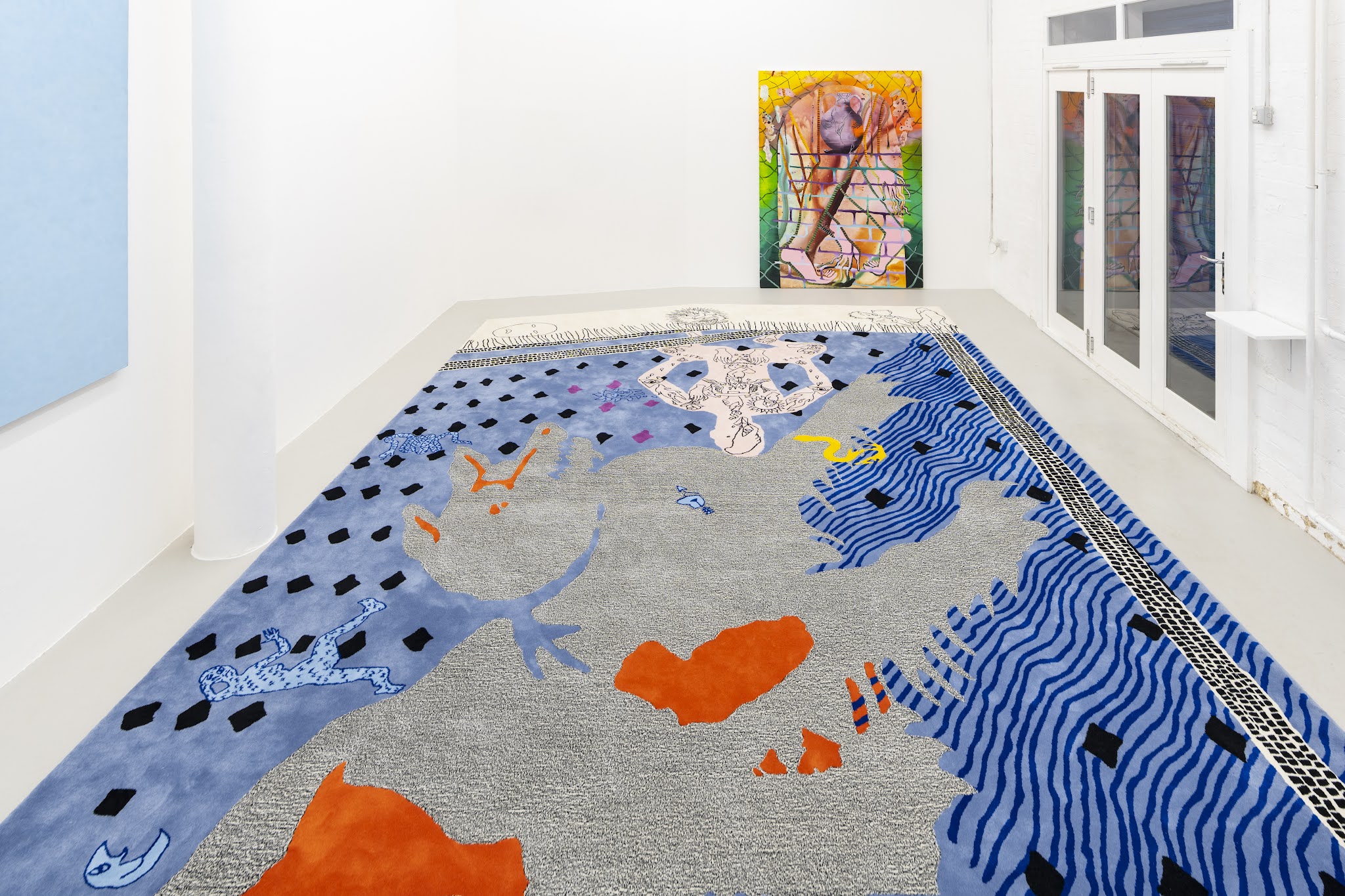 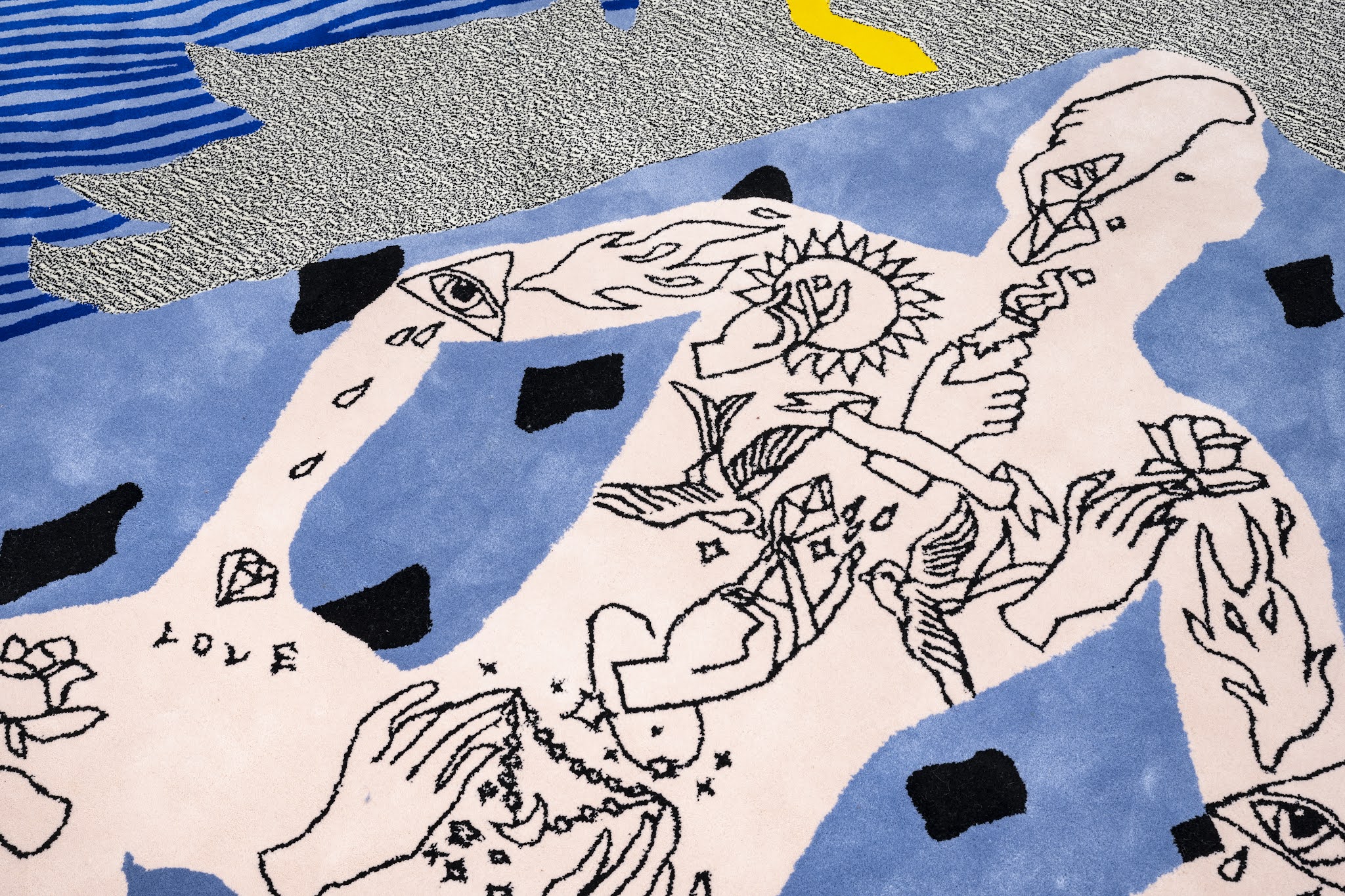 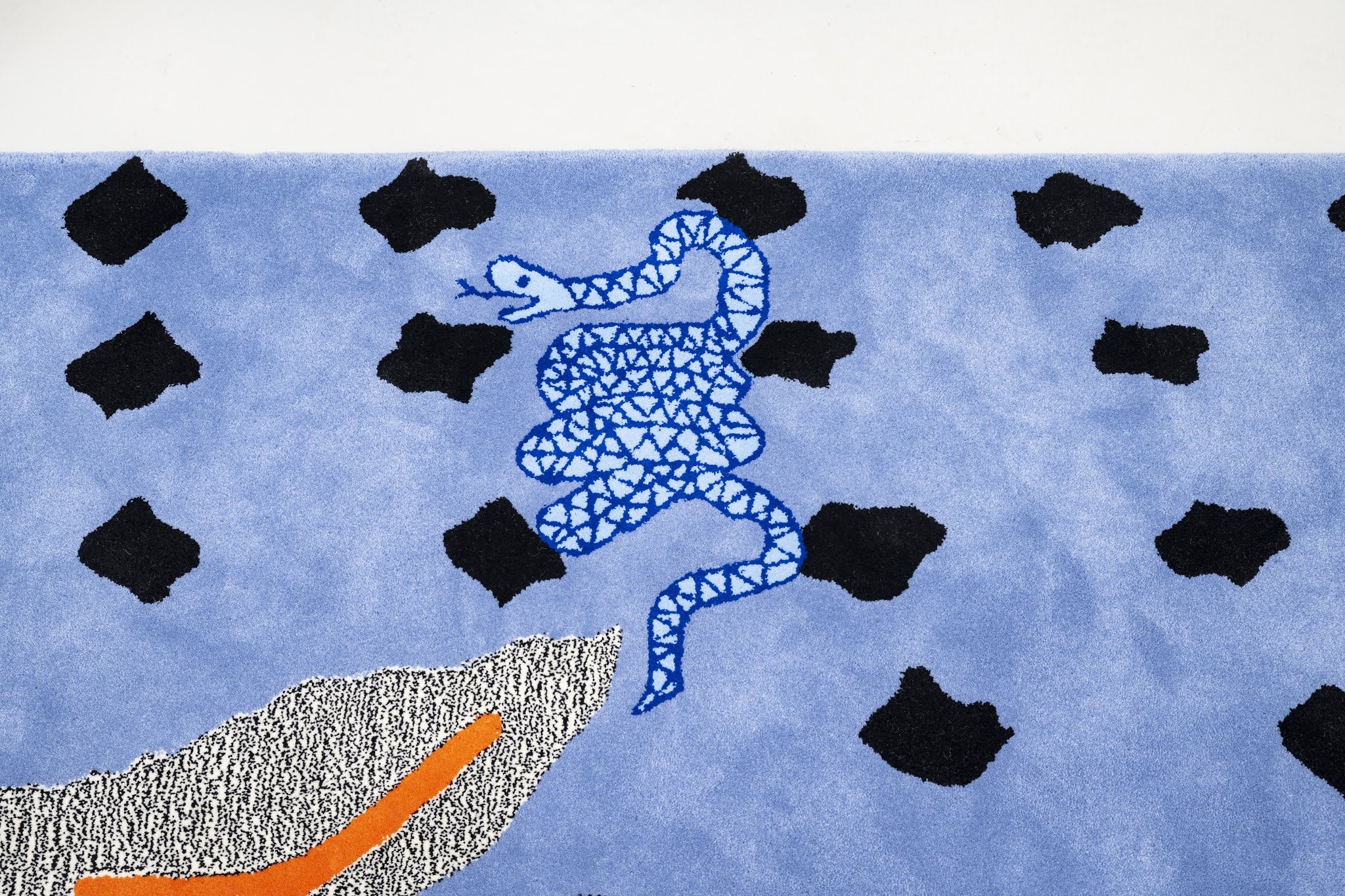 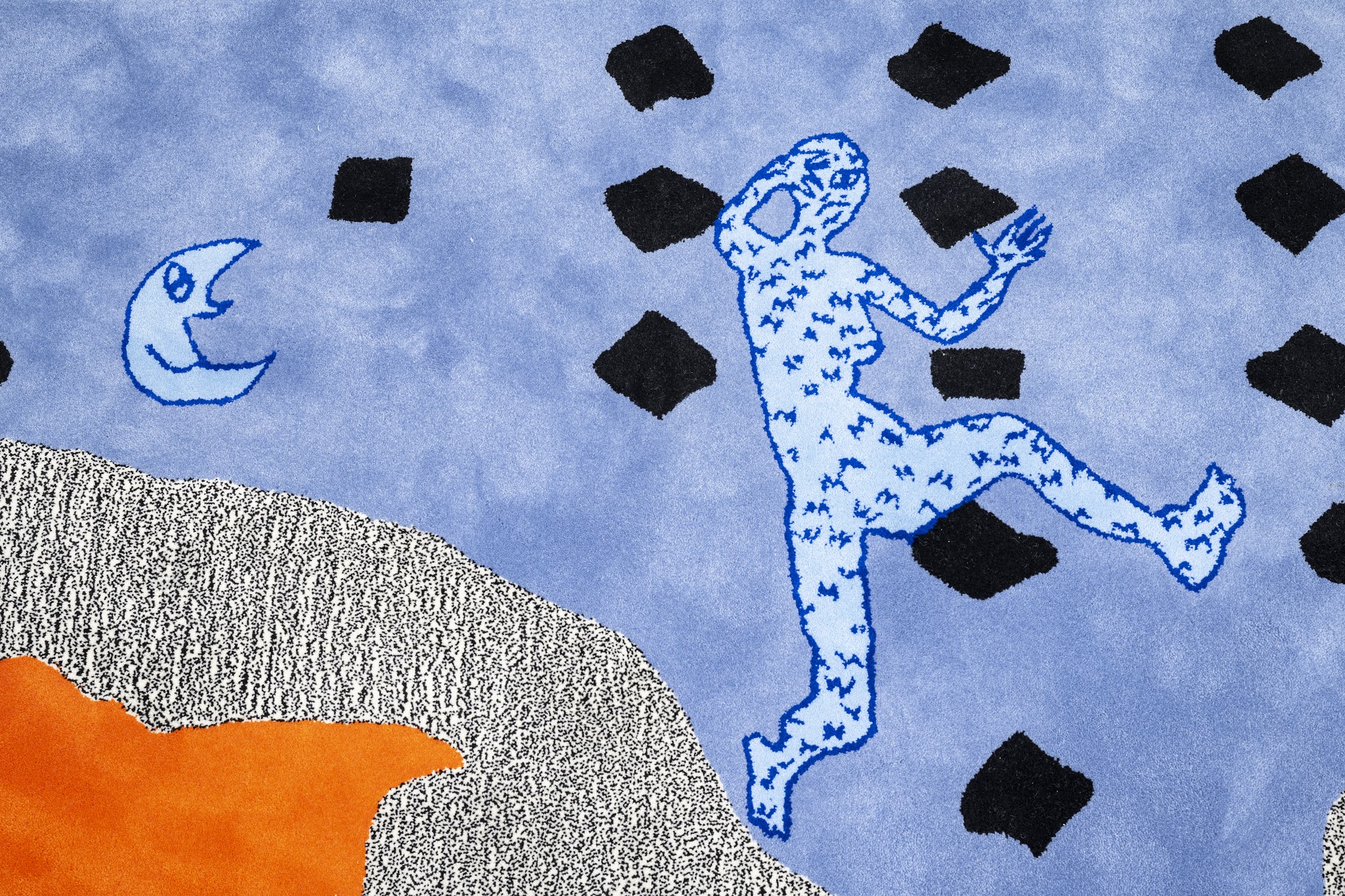 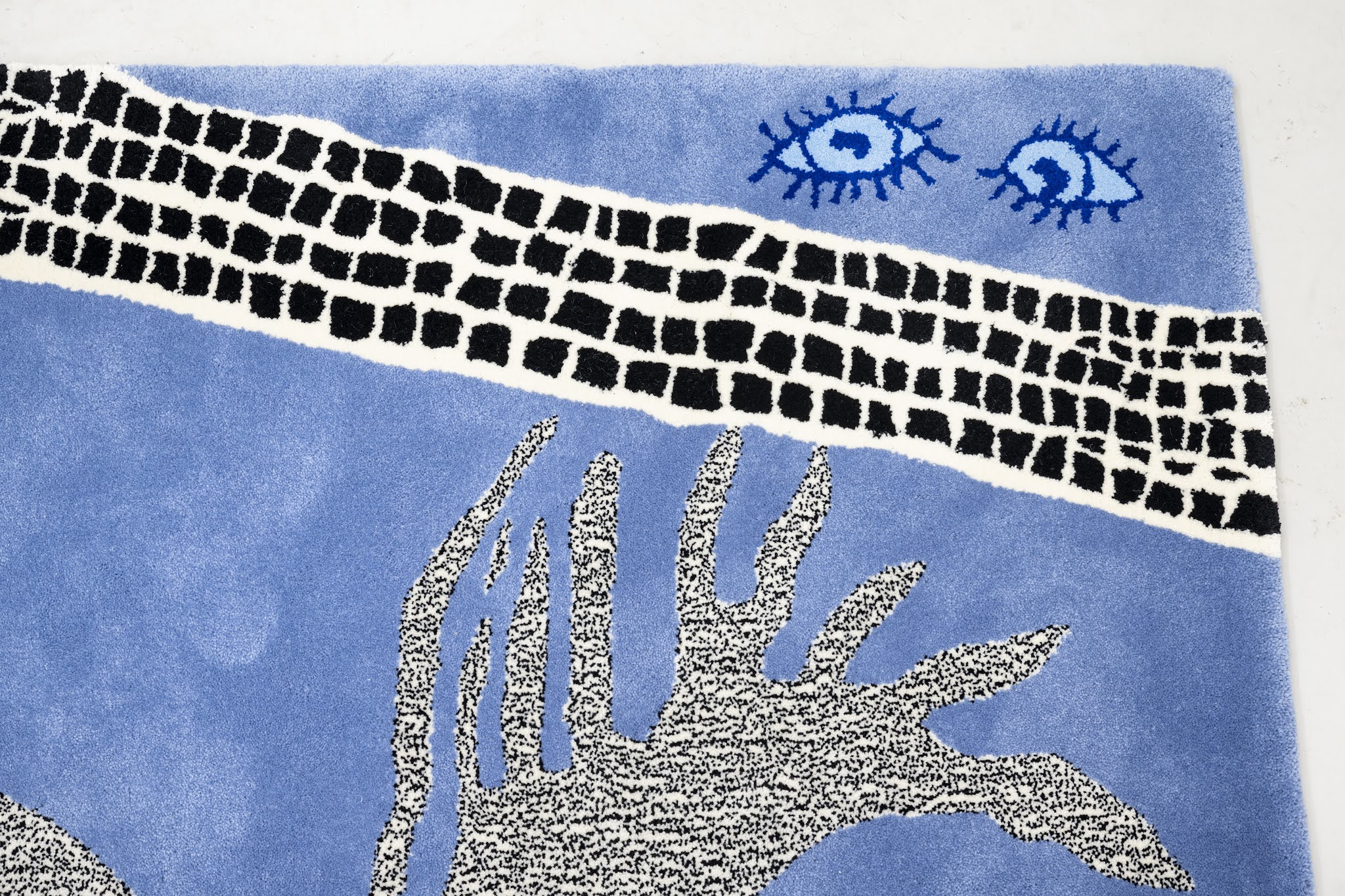 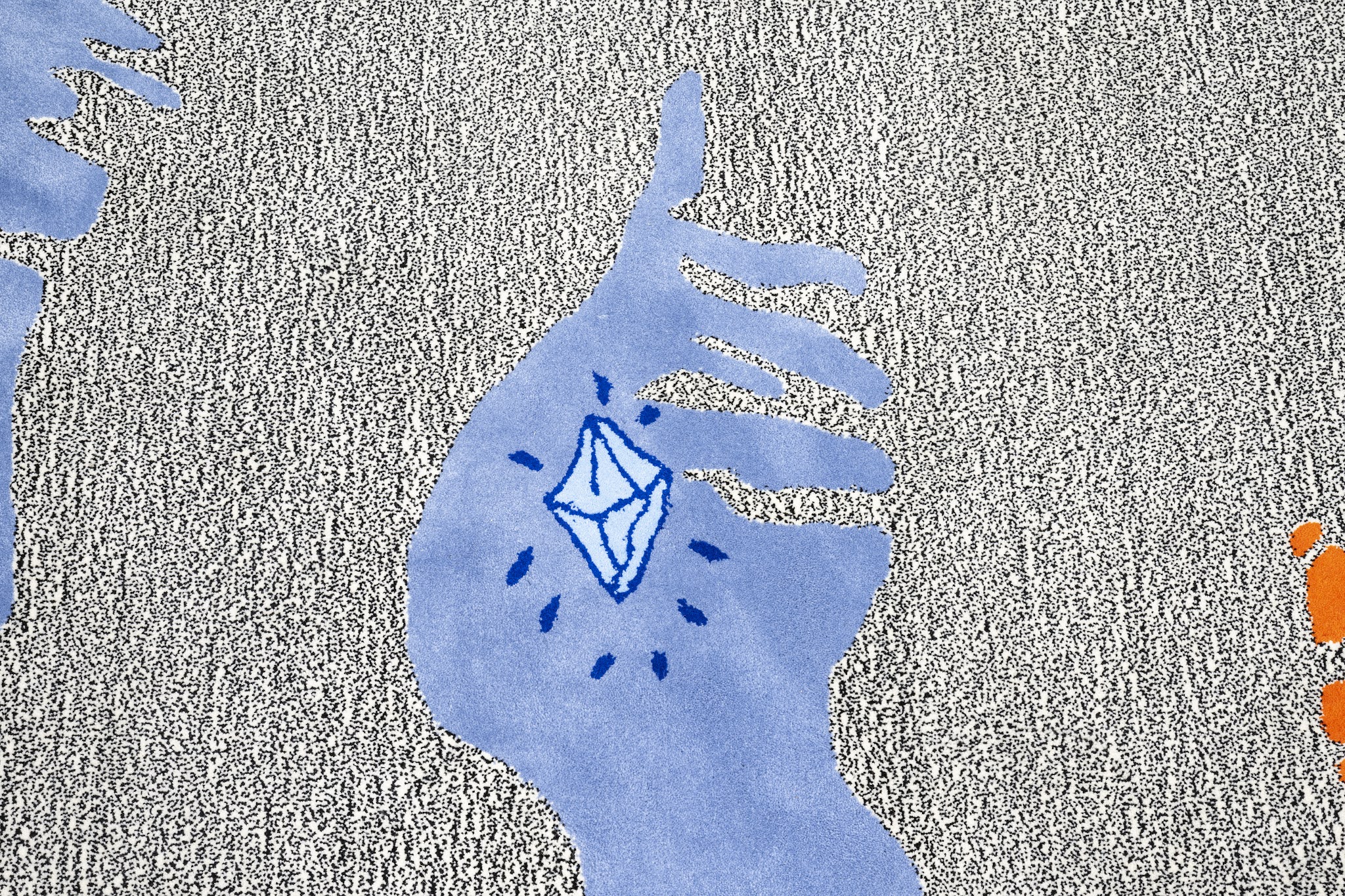 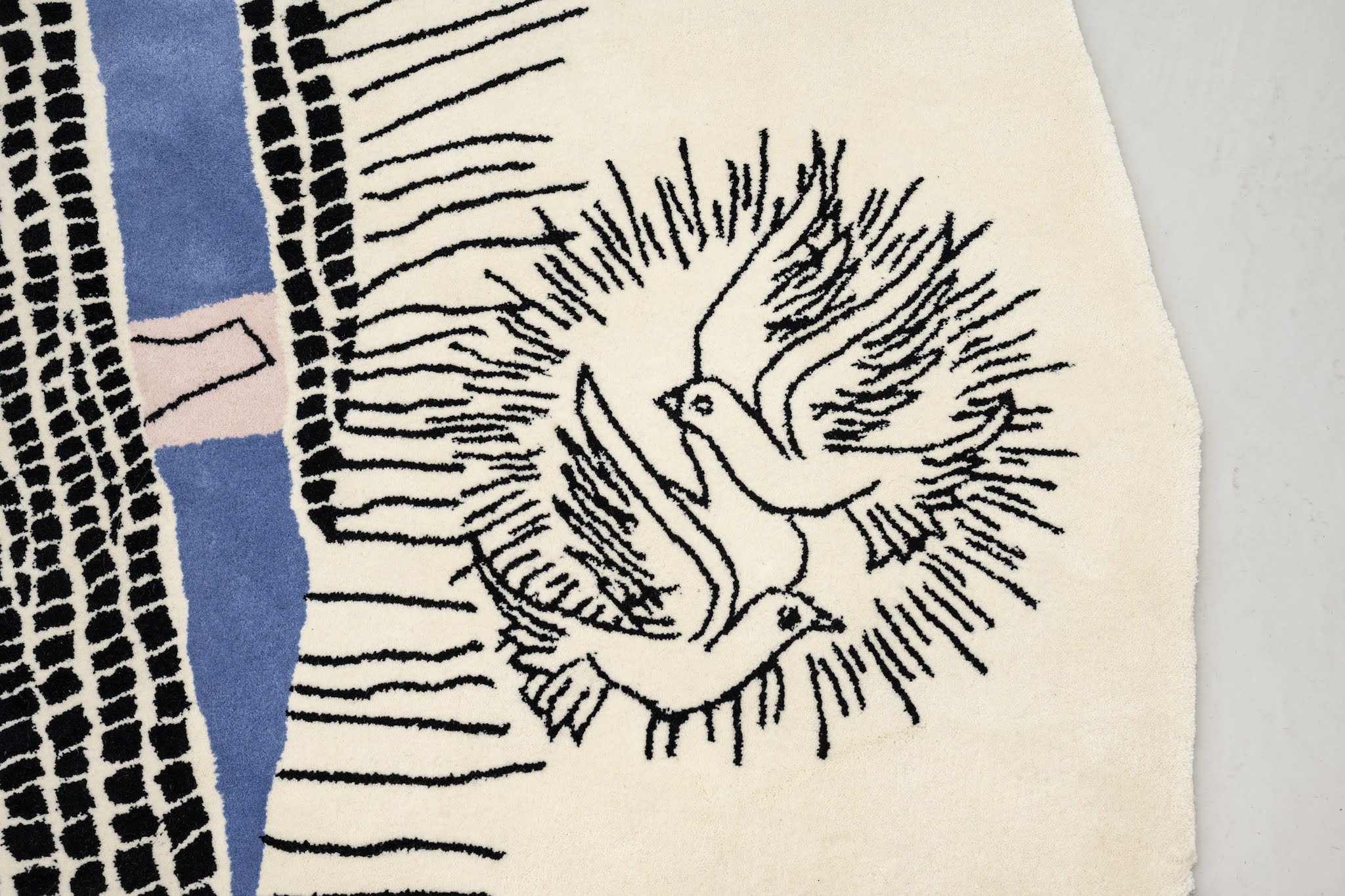 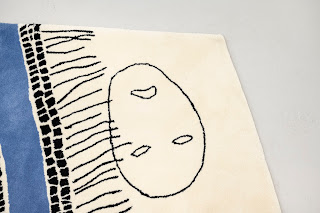 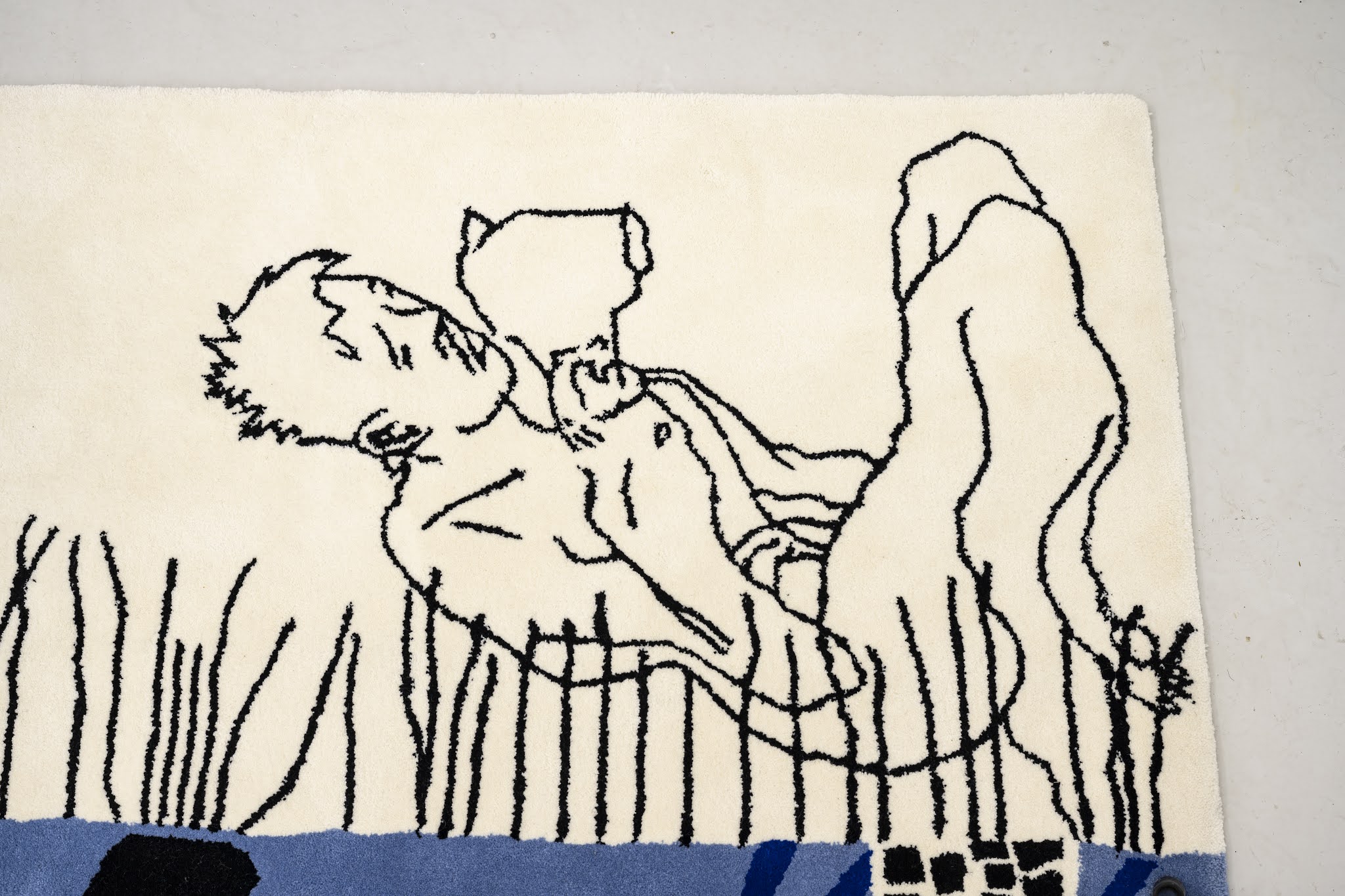 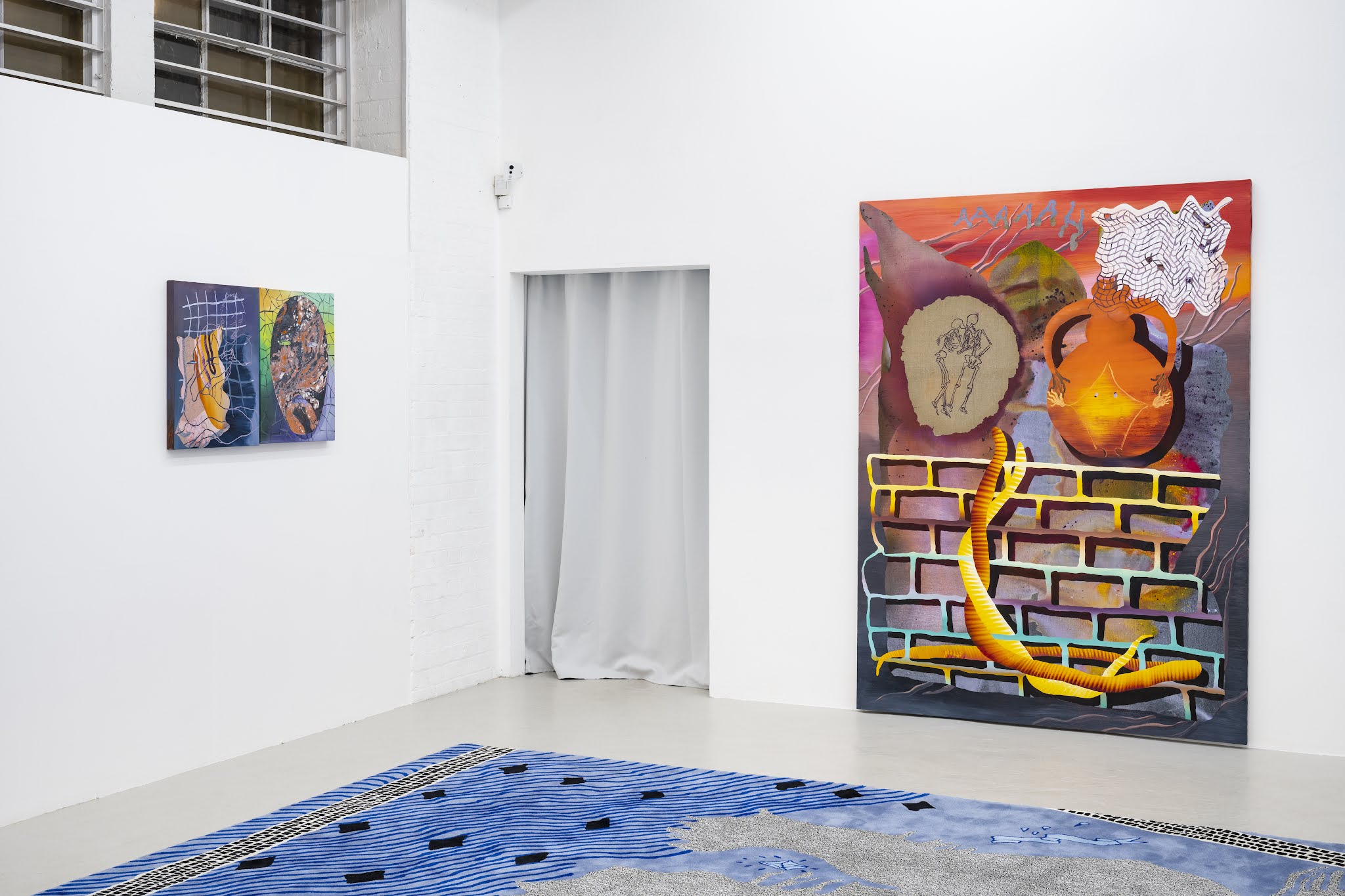 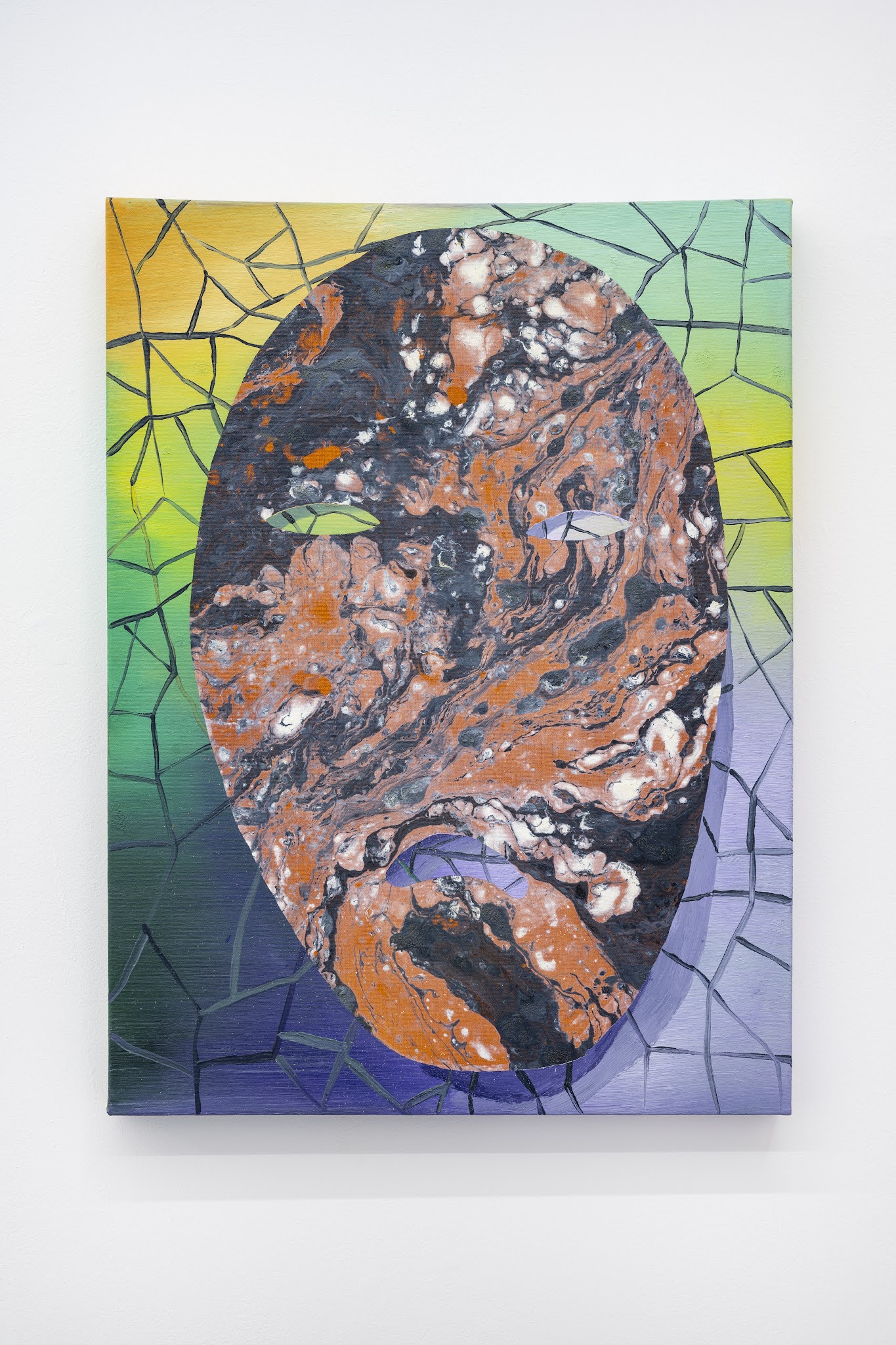 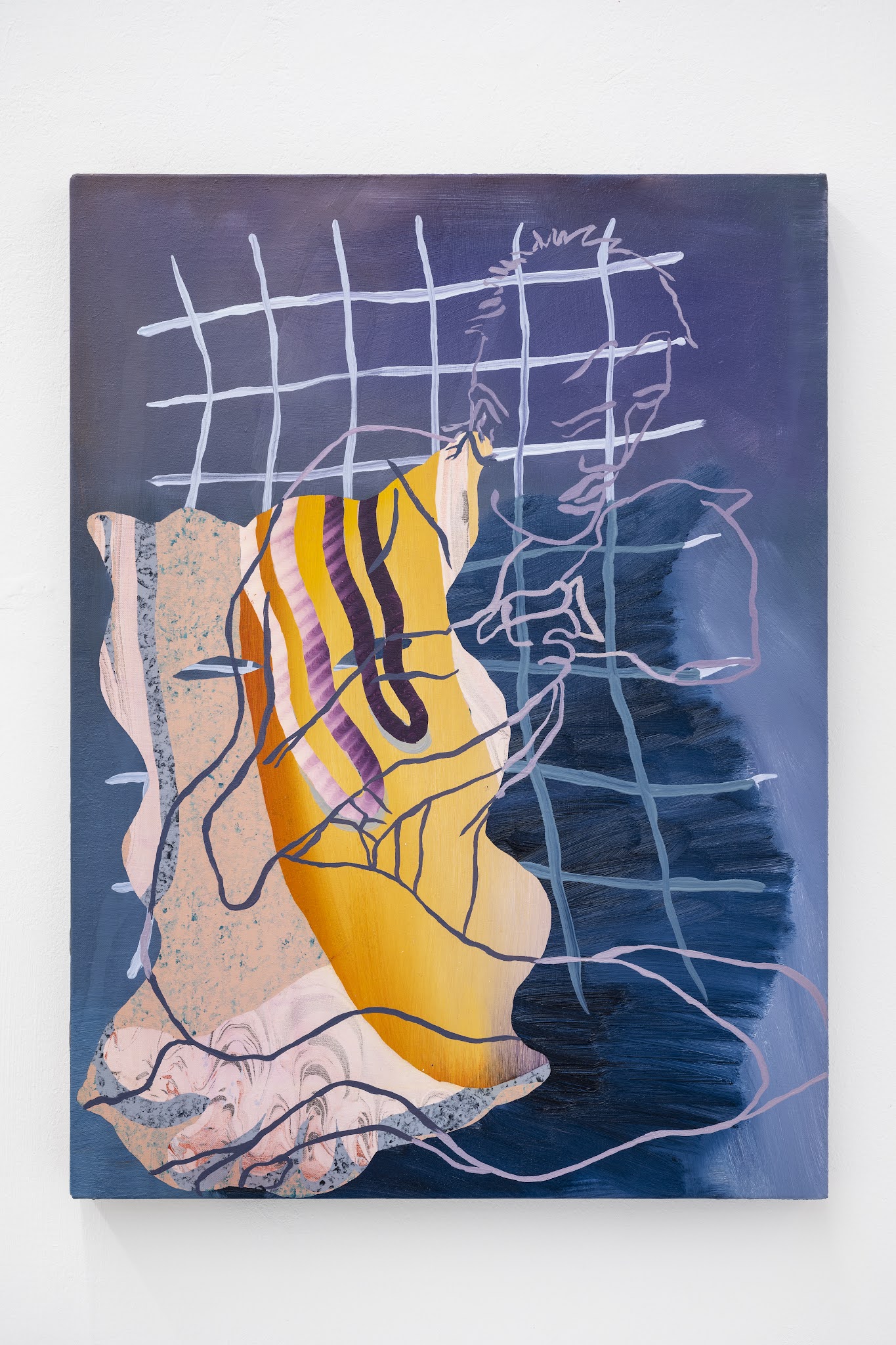 On occasion of her second solo show at Bosse & Baum, Estonian artist Merike Estna continues her investigation into painting, craft, technoromanticism, history and mythology within the domestic, the feminine and the everyday, while also exercising empathetic acts of embodiment and interpretation. Taking inspiration from one of the most famous roman dwellings of Pompeii and its mosaic floors which survived the catastrophic eruption of Mount Vesuvius in 79 A.D, the show proposes interpretative versions of the house’s decorative patterns as well as itsinhabitants. Estna voyeuristically looks into the private dimension of lost archaic stories and at the same timebecomes an archeologist of her own past, displaying old works together with a selection of newer paintings whose colorful patterns, symbols and forms move beyond the limits of the canvas, erupting into life. Both forgotten legaciesand future ruins reveal the potential for new sinuous narrations, twisted between past and present and exploring vocabularies that exist among the detailed layers and blurred backgrounds of Estna’s works.