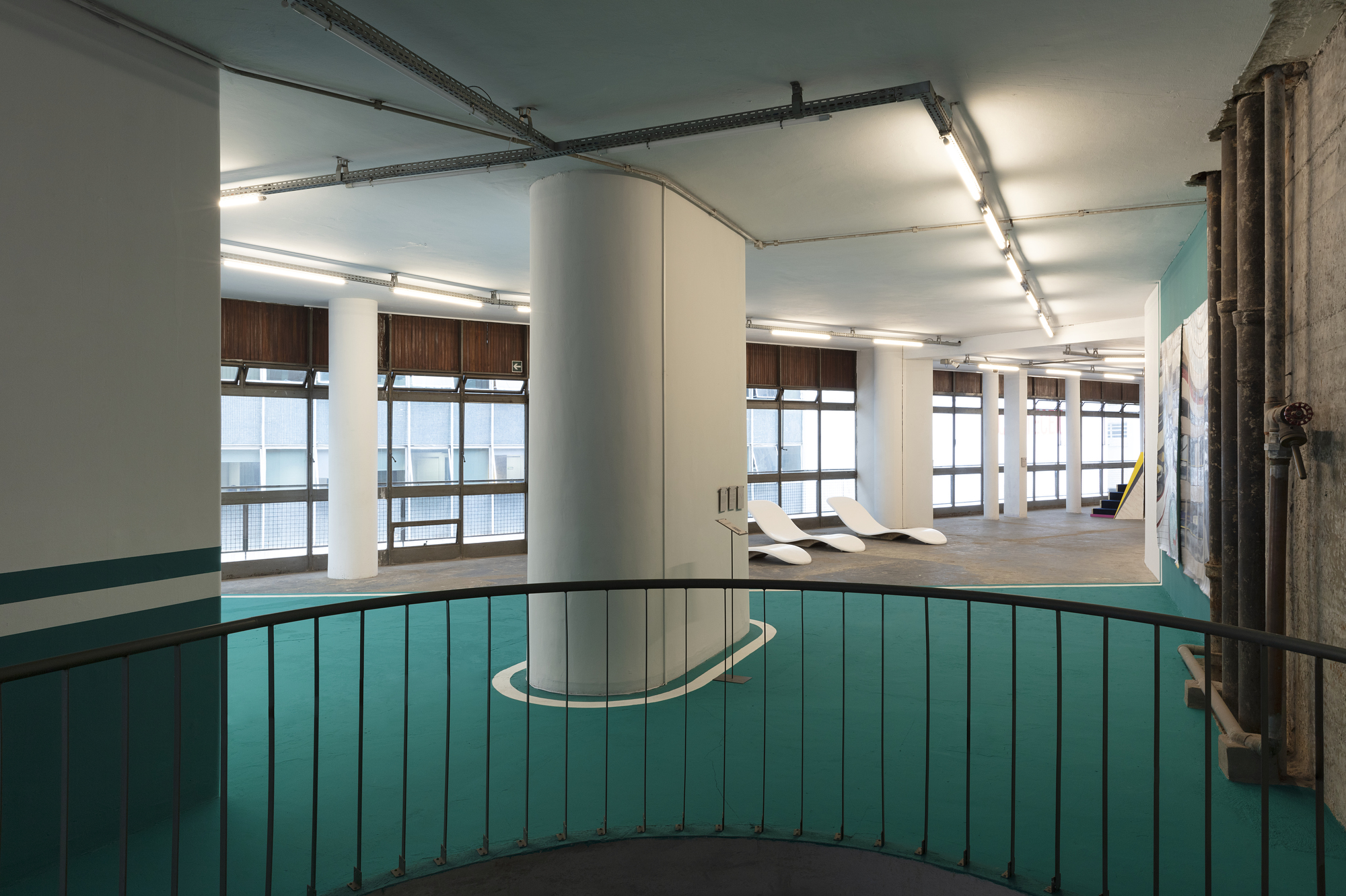 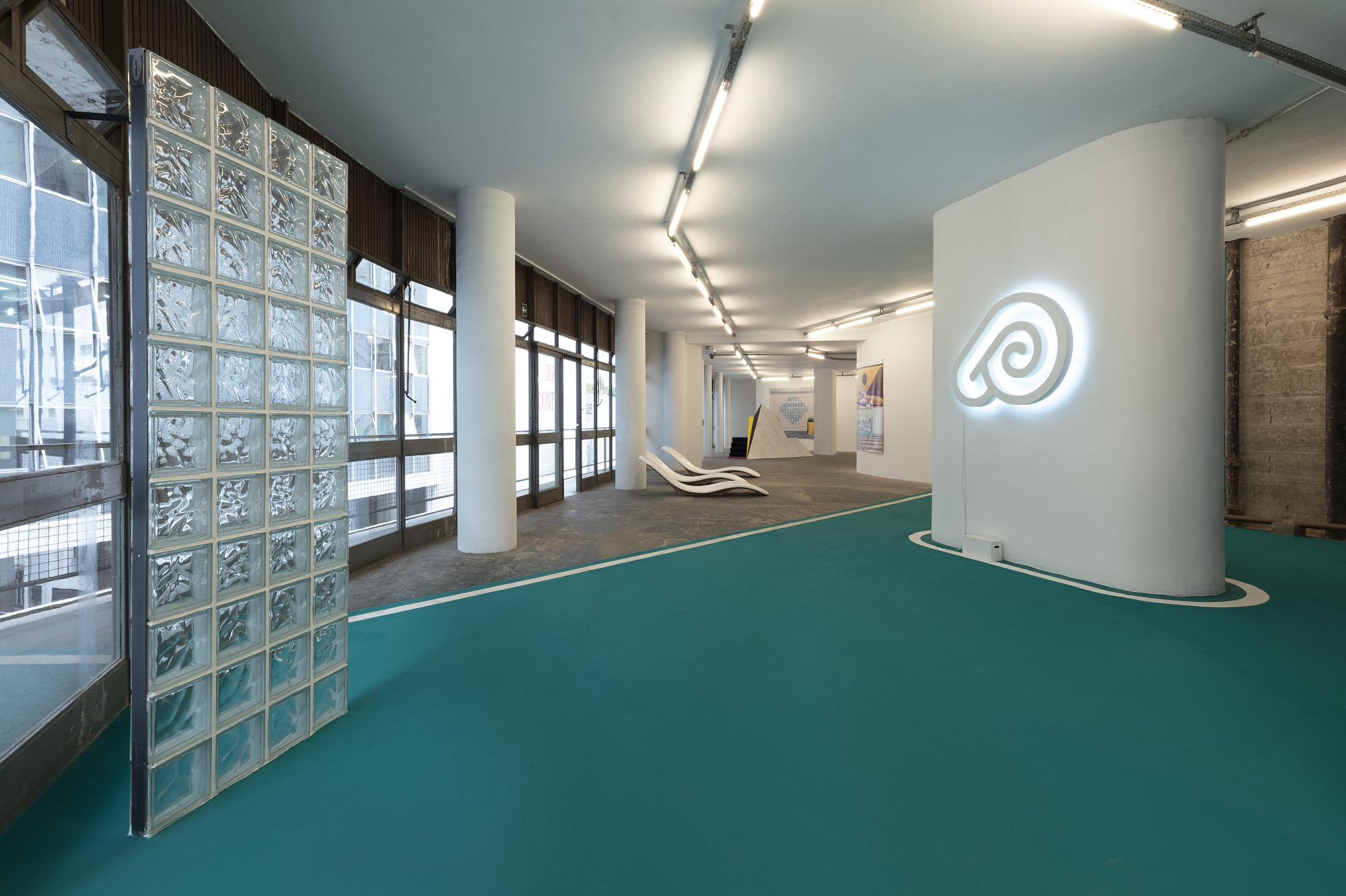 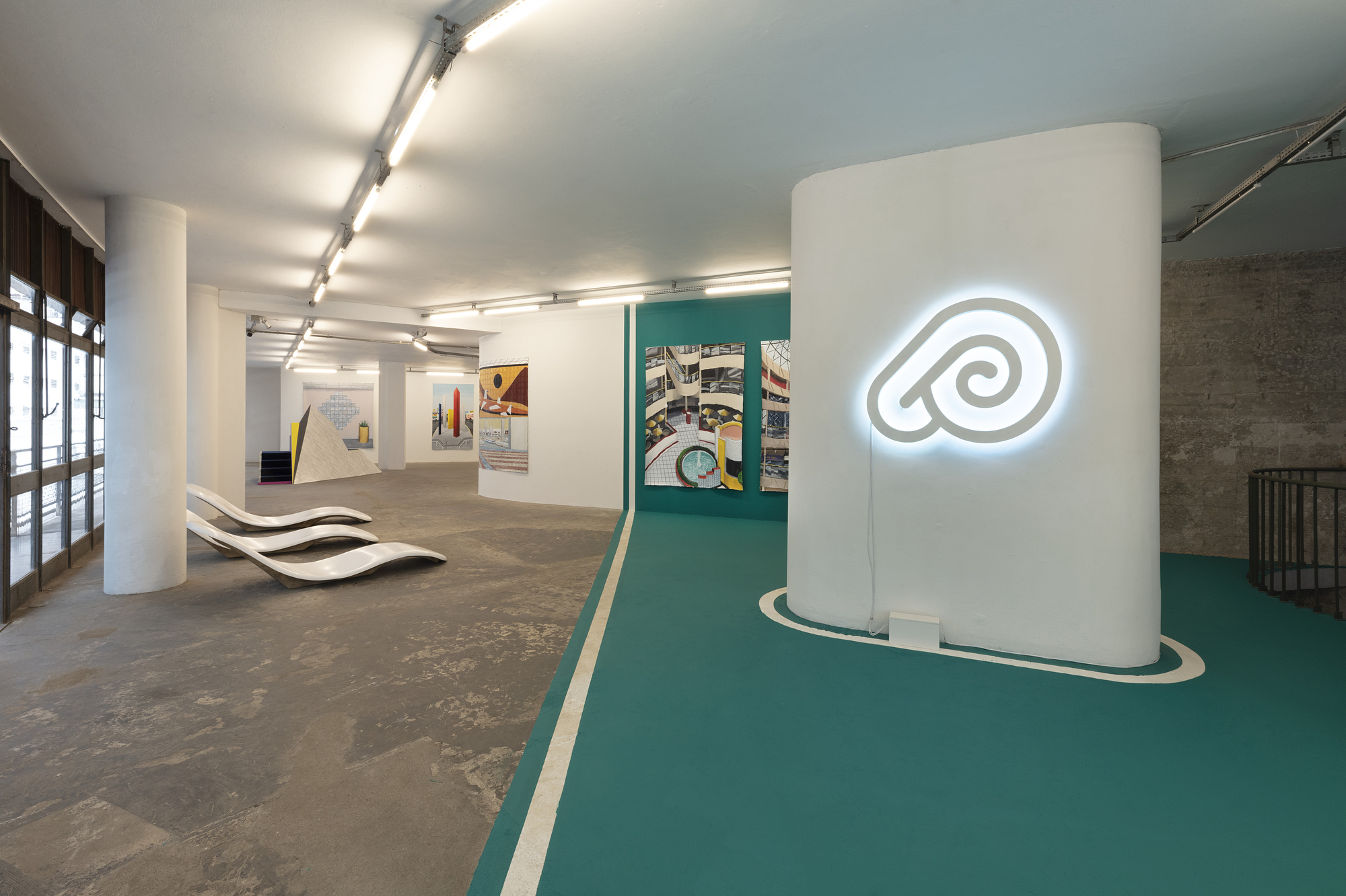 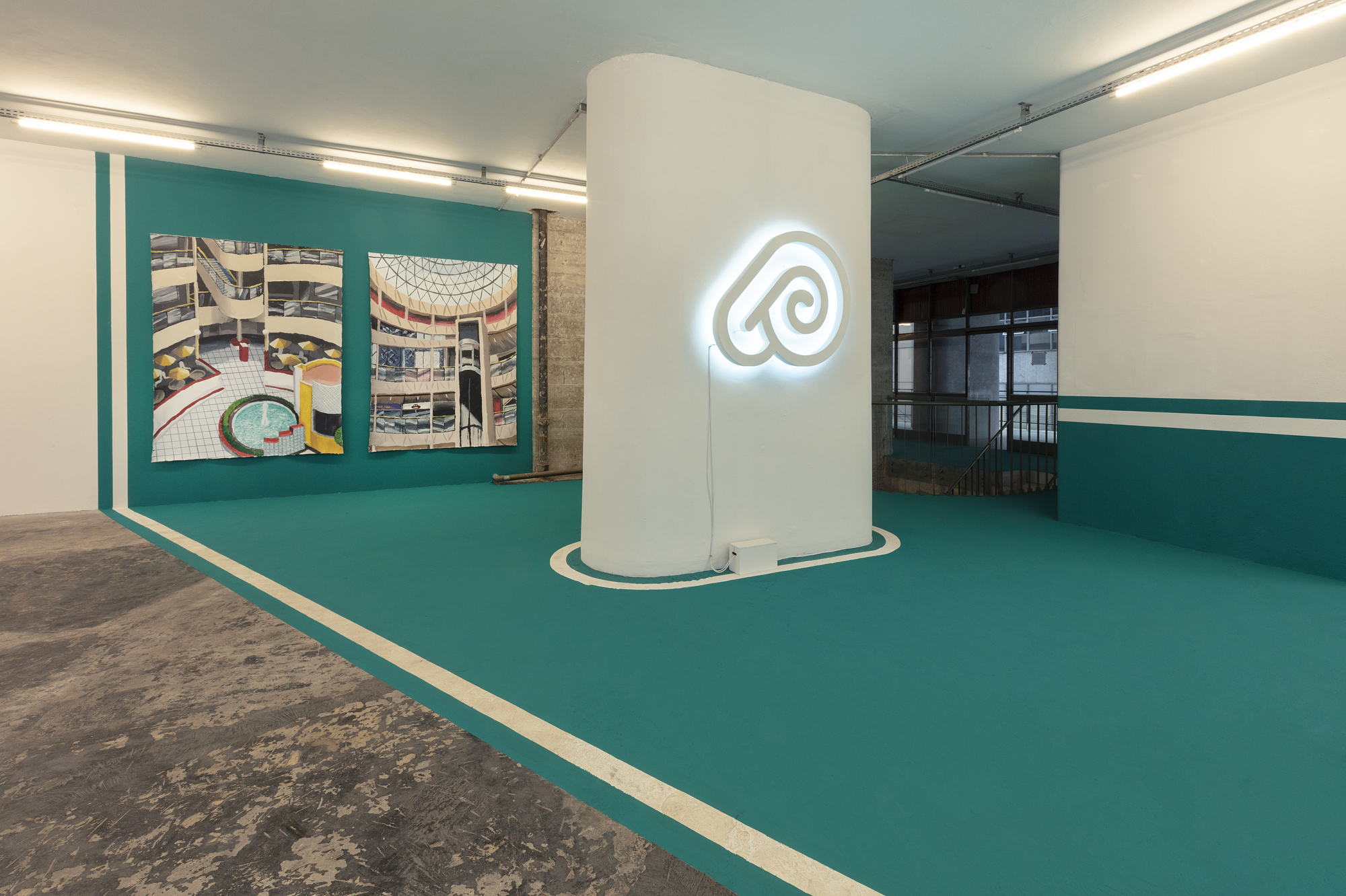 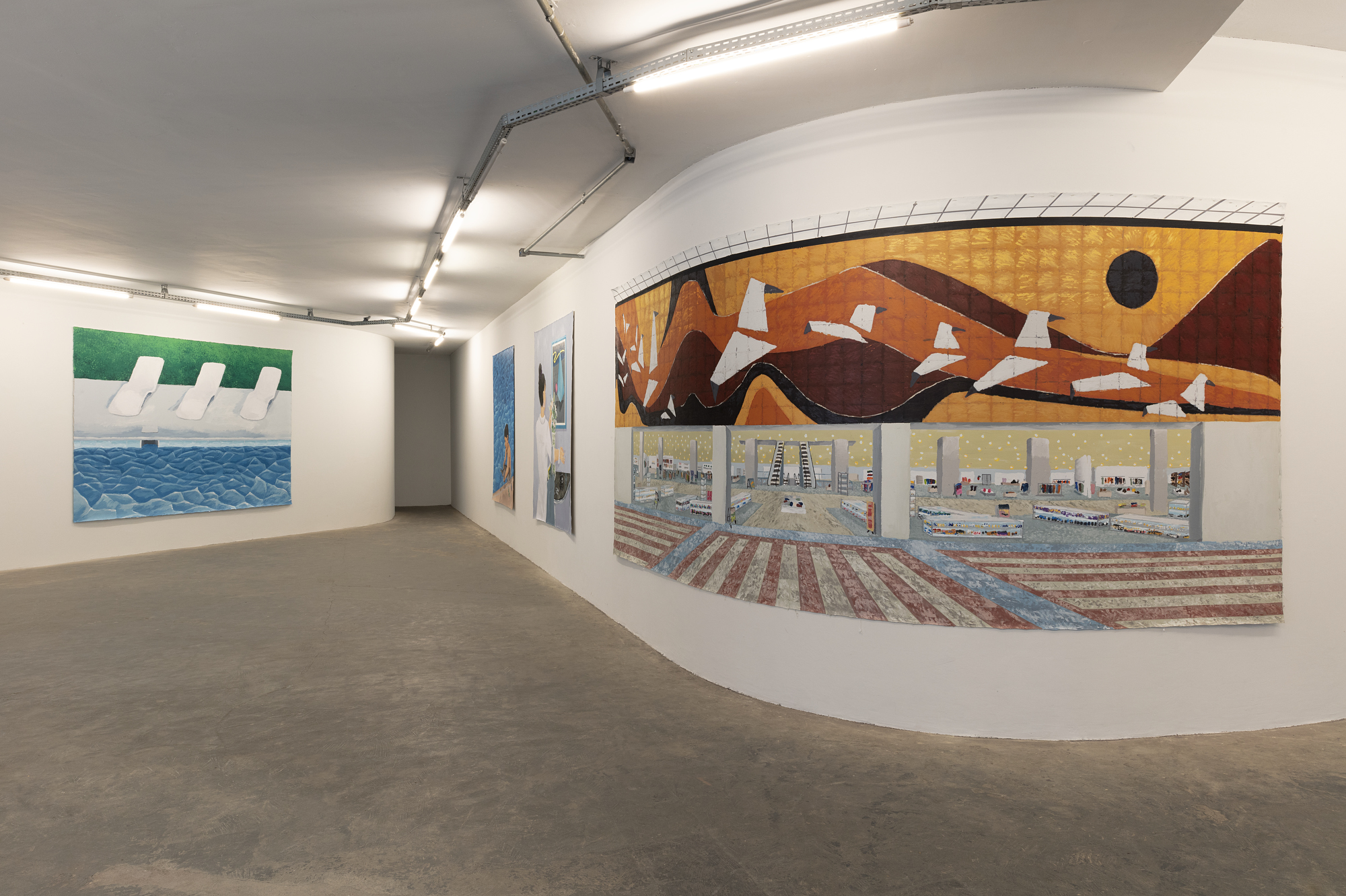 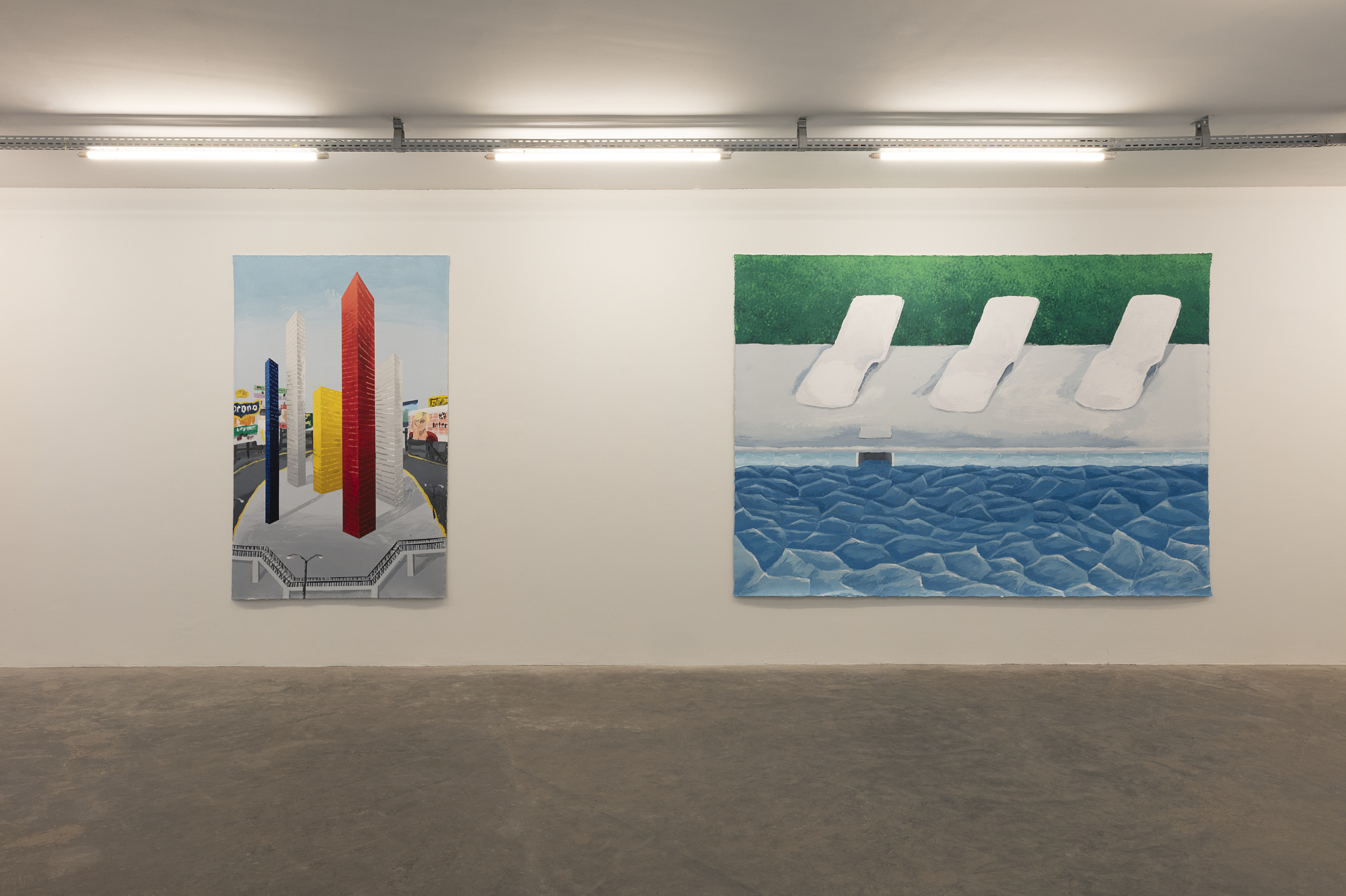 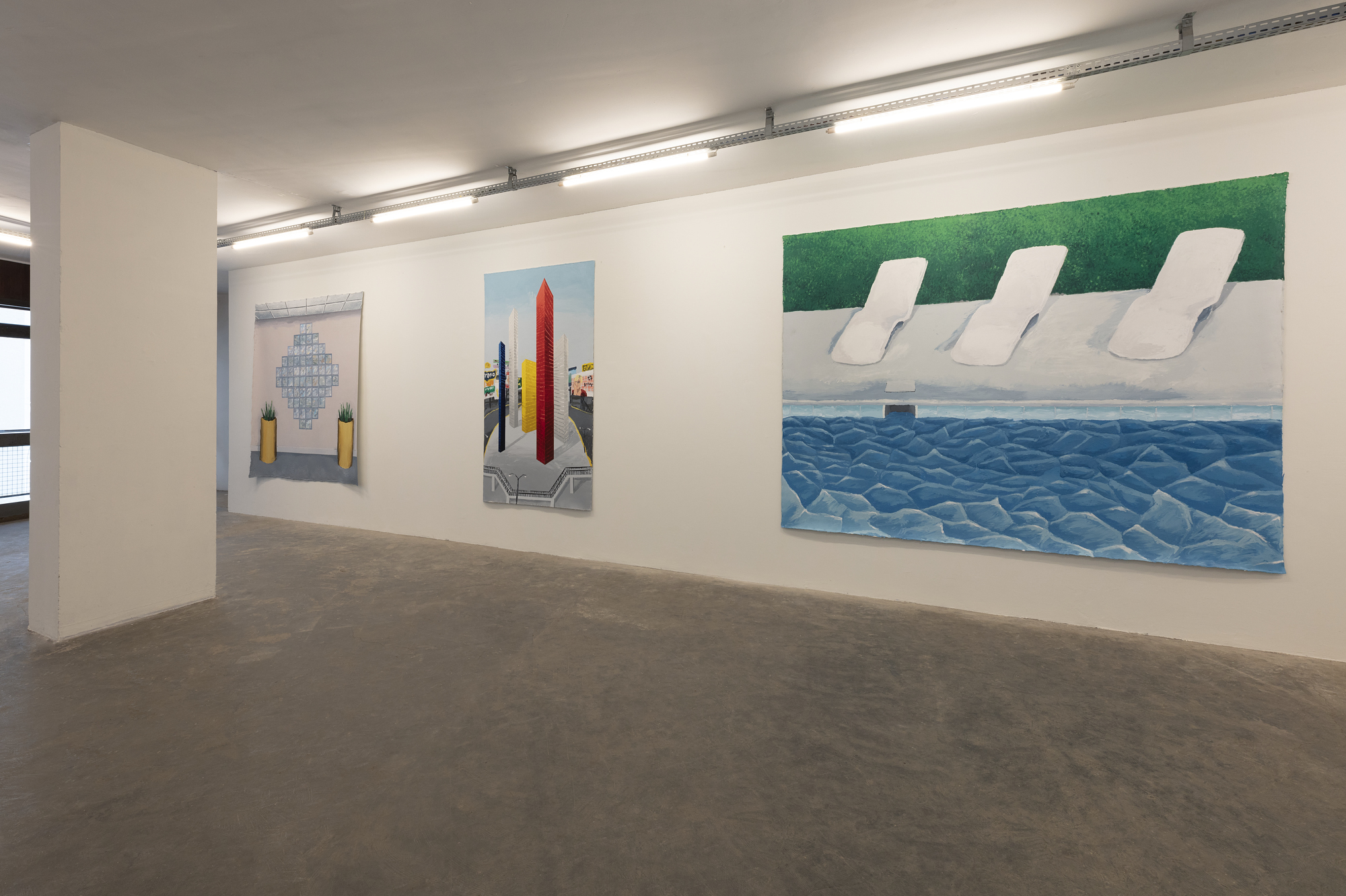 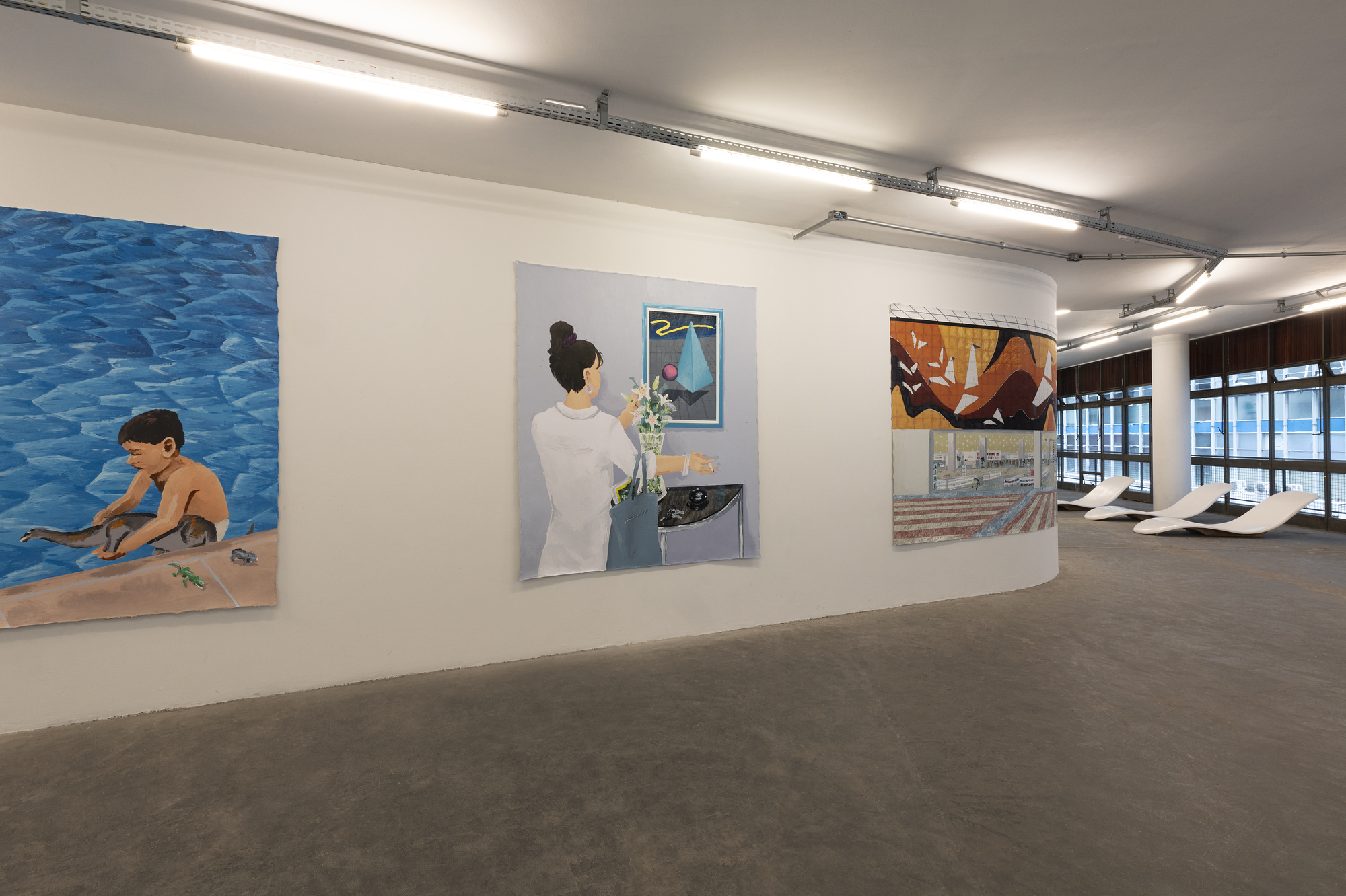 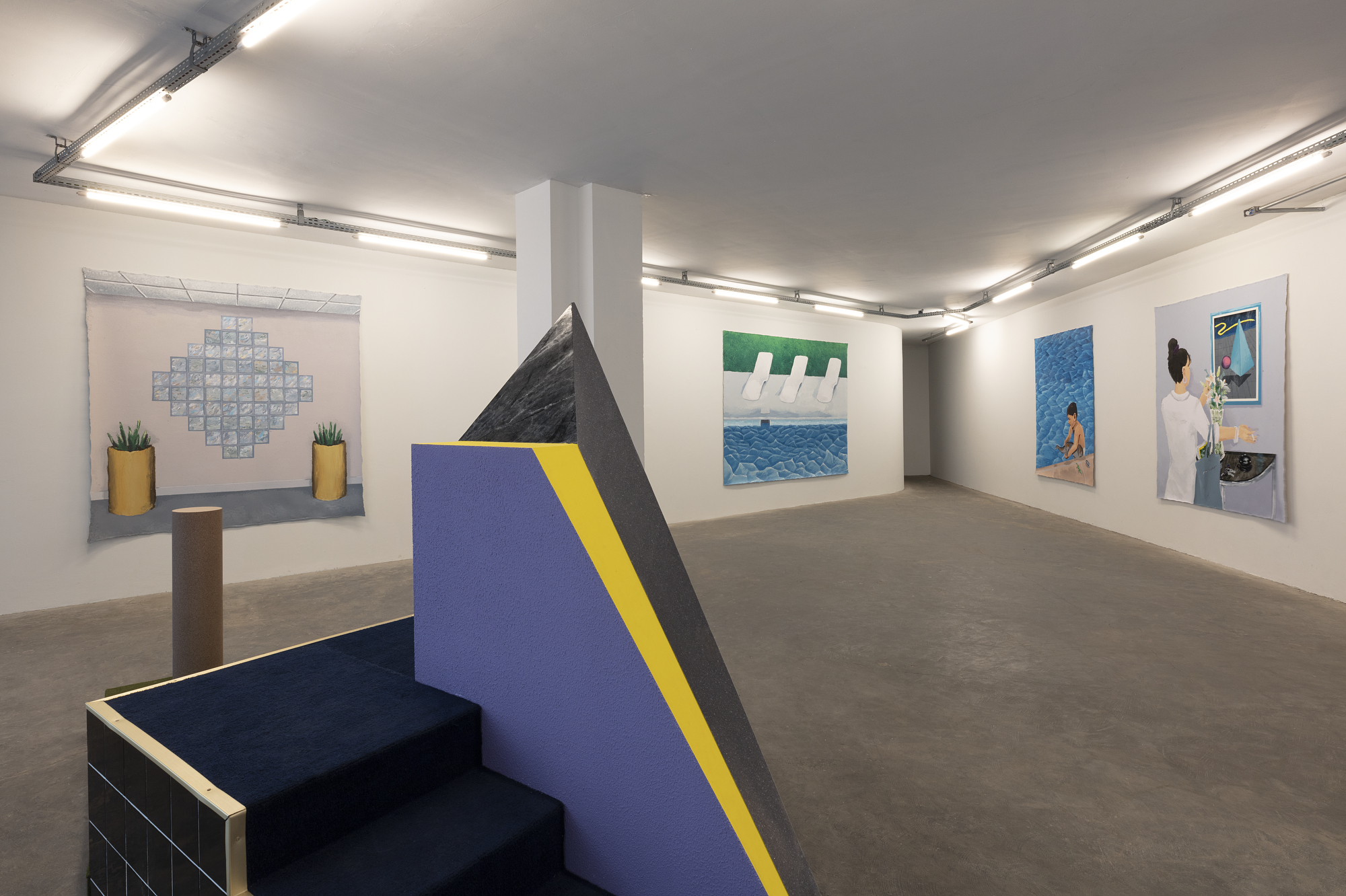 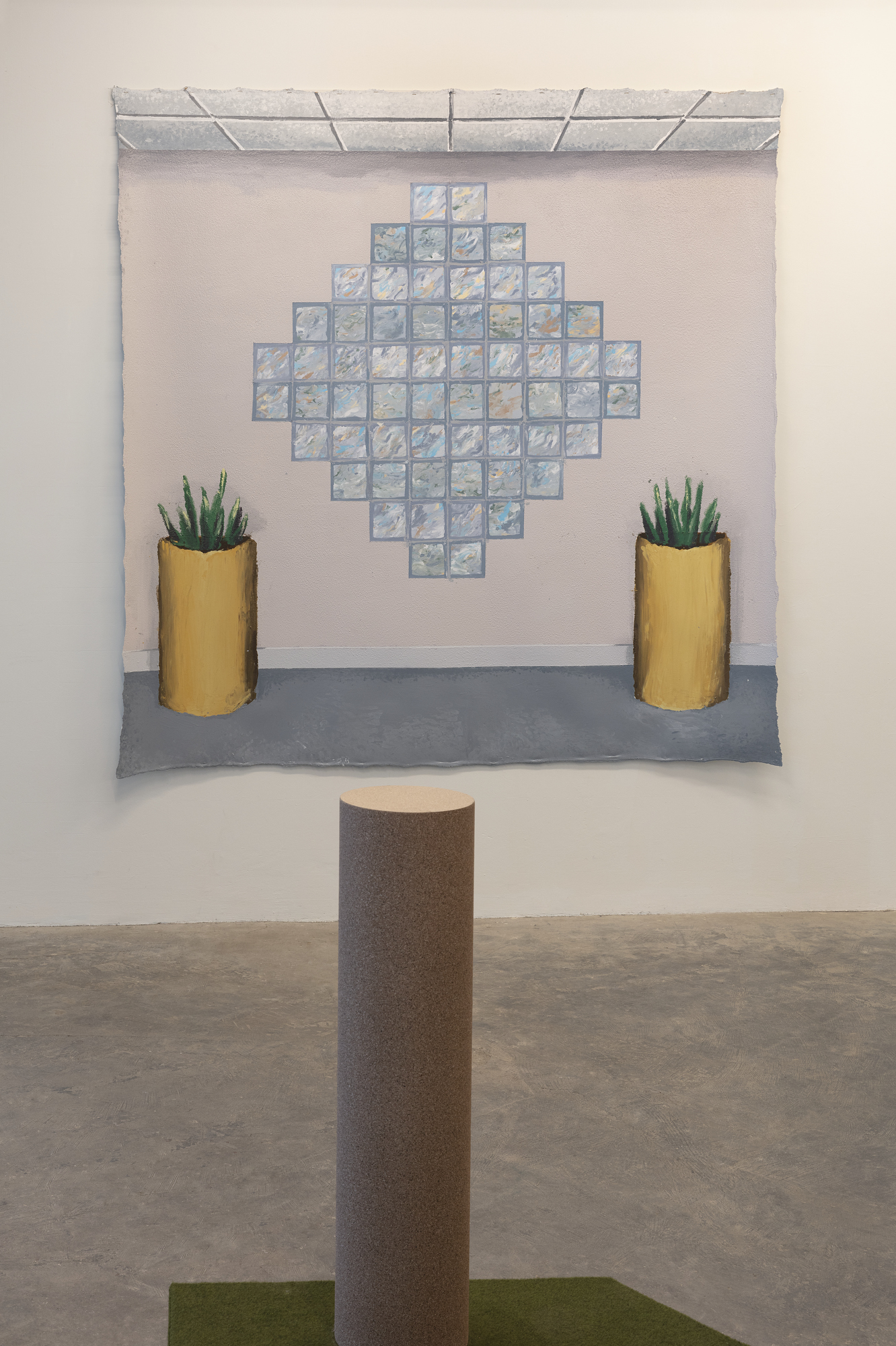 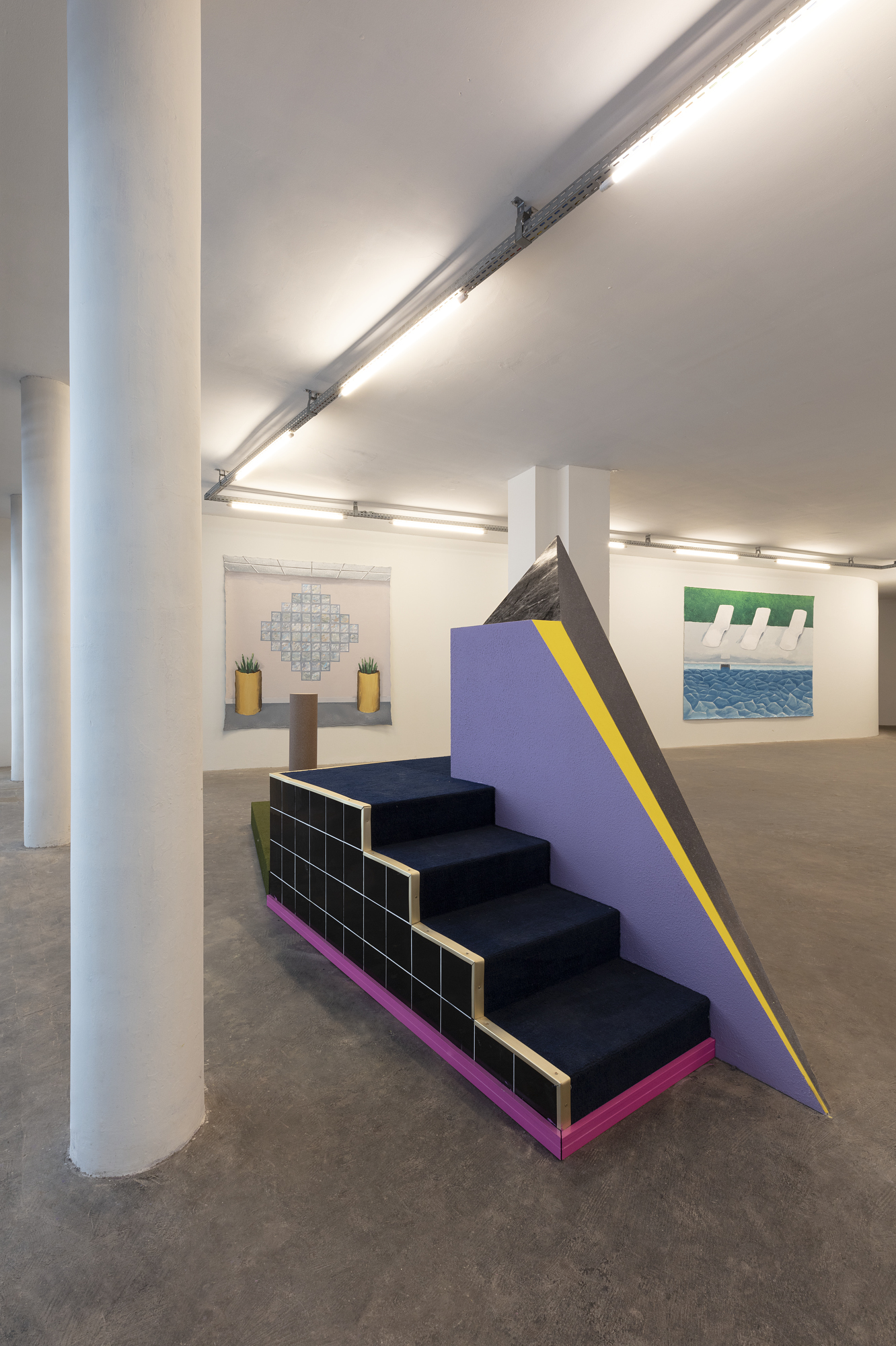 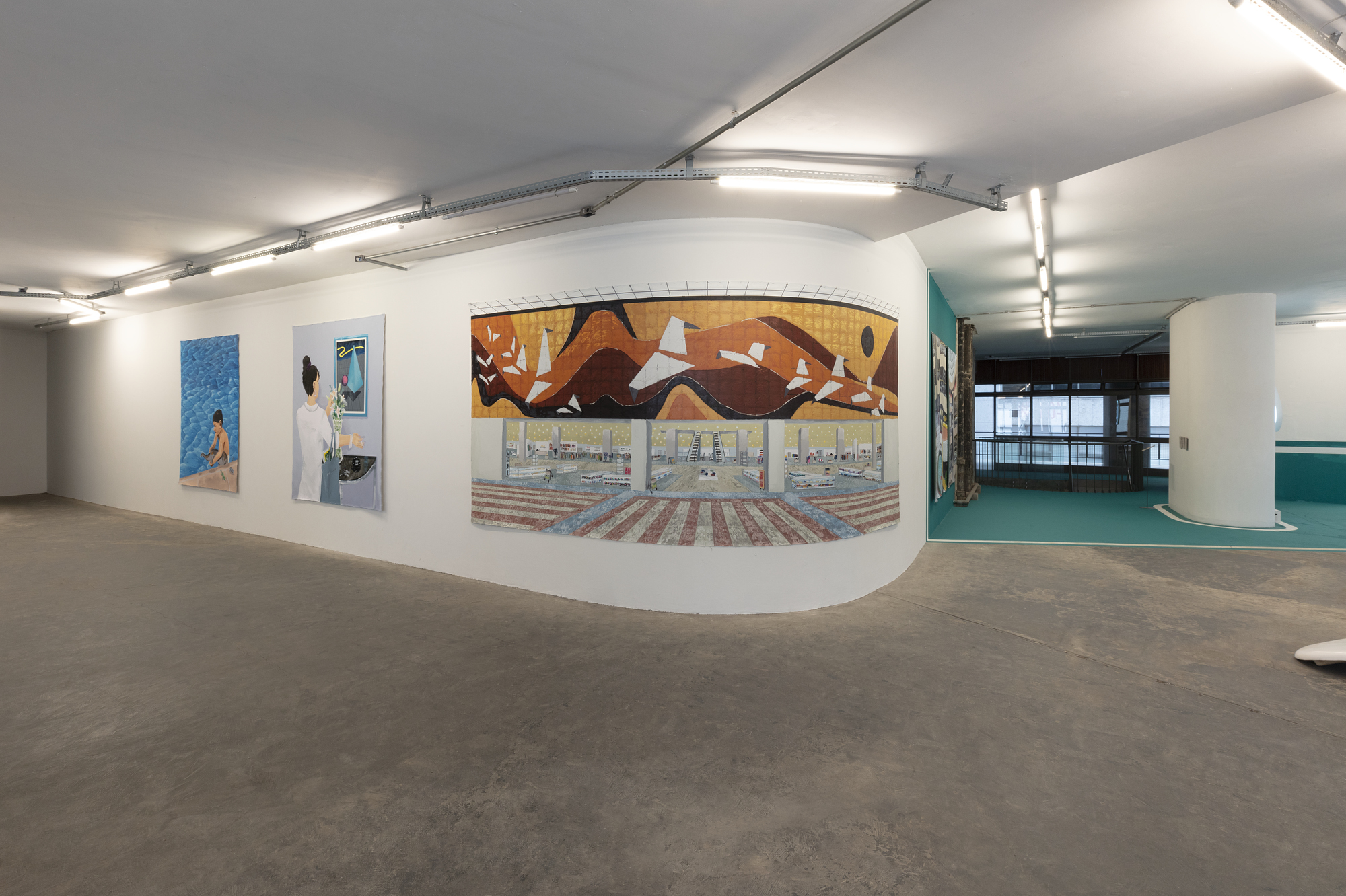 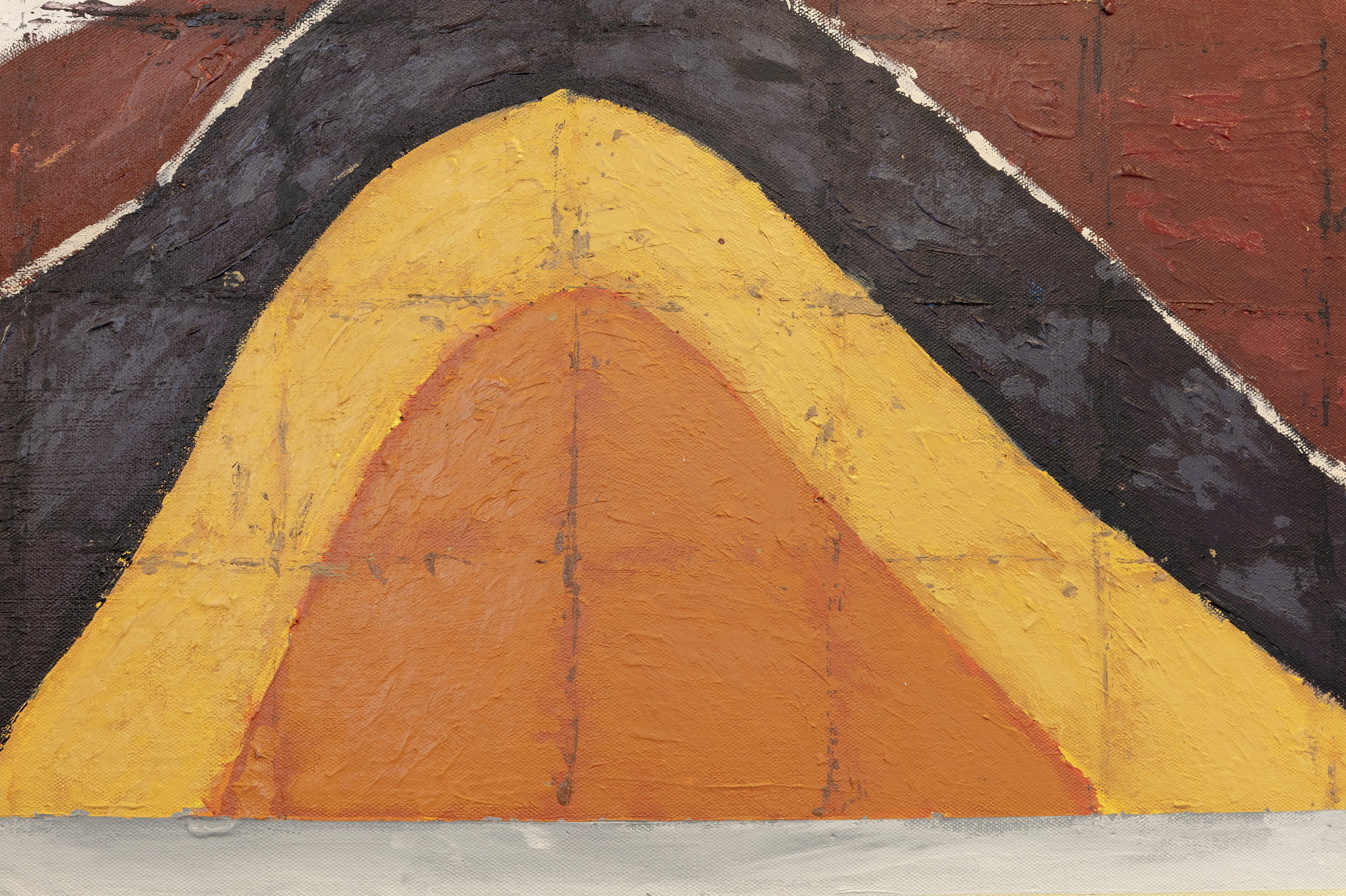 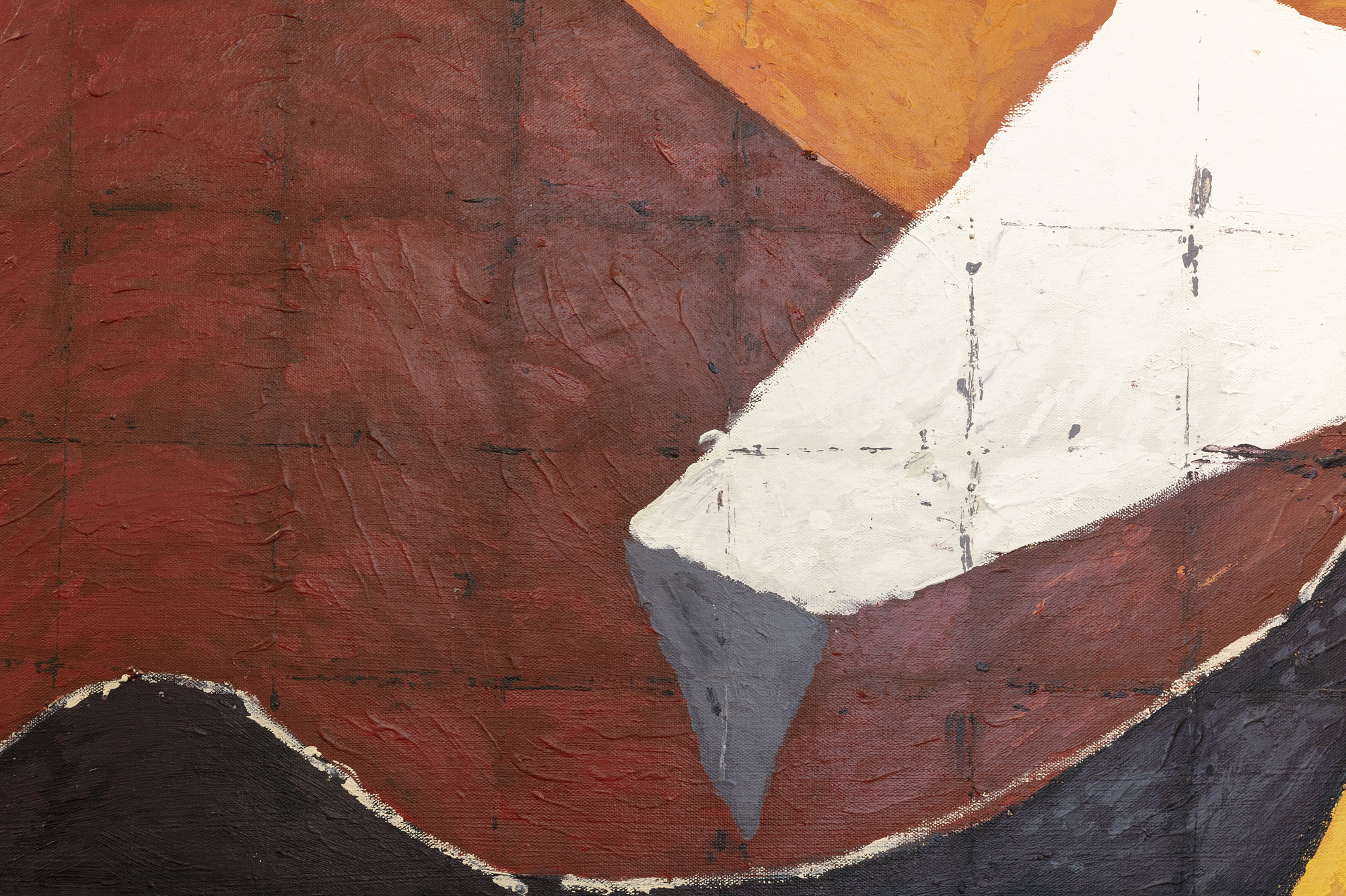 All images courtesy and copyright of the artist and institution.

Mexican artist based in Berlin, Manuel Solano presents their work in Brazil for the first time

The duo of Portuguese curators João Mourão and Luís Silva signs the exhibition Heliplaza, which will present in Brazil, for the first time, the work of the Mexican artist based in Berlin Manuel Solano. The show is inspired by Solano's memories of an old shopping mall located in the Mexico City suburbs. The show will open on September 5th, with free admission.

Heliplaza is the name of a mall developed in the 1980s in Ciudad Satélite, which Solano frequented as a child. Through paintings and installations, the exhibition will explore the aesthetics of shopping centers and notions of architecture and décor, investigating how personality can be expressed through decoration. The project is a direct result of Solano's memories and also of their involvement with the Copan building - where Pivô is located - and its remarkable modernist architecture.

Manuel Solano, who is non-binary and prefers plural pronouns, was an emerging, 26-year-old artist when they lost their eyesight to an HIV-related infection in 2013. Unwilling to be hindered by their condition and urged on by their friends, Solano returned to making work. But rather than the experimental art of their earlier years, they began anew with a series of expressive portraits and word paintings, titled “Blind Transgender with AIDS.” Mining their memories of pop culture and past times while applying the paint with their hands, Solano created an impressive body of work. Because Solano draws on memories, the pop stars and formidable female figures they select for commemoration are an autobiographical pantheon of the painter’s formative influences. While Solano transcends fixed gender in their personal identity, their work has the electric energy that drag generates from the friction between exaggerated gender stereotypes.

Heliplaza is the continuation of a partnership between Pivô and the Kunsthalle Lissabon, based in Lisbon and directed by Luís Silva. In 2019, the Portuguese institution hosted a version of the group show Rocambole, by artists Flora Rebollo, Thiago Barbalho, and Yuli Yamagata, as part of the celebrations of its 10 years of activities. The first version of the show took place at Pivô between June and July 2018, as an unfolding of the artists' experiences in the Pivô Research residency program. In Lisbon, the artists carried forward the shared process of making the exhibition, again carrying out part of the works in a collective studio at Pivô, and then finalizing the works in the exhibition space in Portugal.

Wednesday to Saturday, from 1 pm to 7 pm

João Mourão and Luis Silva are a curatorial duo that works between Lisbon and the middle of the Atlantic, in the Azores. Mourão is Director of Arquipélago – Centro de Artes Contemporâneas, while Silva is Director of Kunsthalle Lissabon, an institution that they both founded in 2009. A selection of recent exhibitions that they have presented includes individuals from Ad Minoliti, Zheng Bo, Laure Prouvost, Caroline Mesquita, Engel Leonardo , Sol Calero, Irene Kopelman and Naufus Ramírez-Figueroa, as well as group exhibitions at institutions such as Extra City in Antwerp, the David Roberts Art Foundation in London or MACE in Elvas. In addition to their curatorial practice João Mourão and Luís Silva are also contributing editors of CURA magazine and co-editors of the Performing the Institution(al) series of publications. They were the curators of ZONA MACO SUR (2015 – 2017), the solo projects section of the contemporary art fair in Mexico City and the Disegni section (2017 -2019) of Artíssima in Turin.

generosity as curatorial tools. Friendship becomes the result of institutional activity, not its cause. It is a political horizon to aim for, not a form of insular nepotism. For Kunsthalle Lissabon, friendship is a relevant outcome when thinking about curatorial ethics and politics and can offer a political way to critically engage with our surroundings.