sacrifice for an omen and redemption 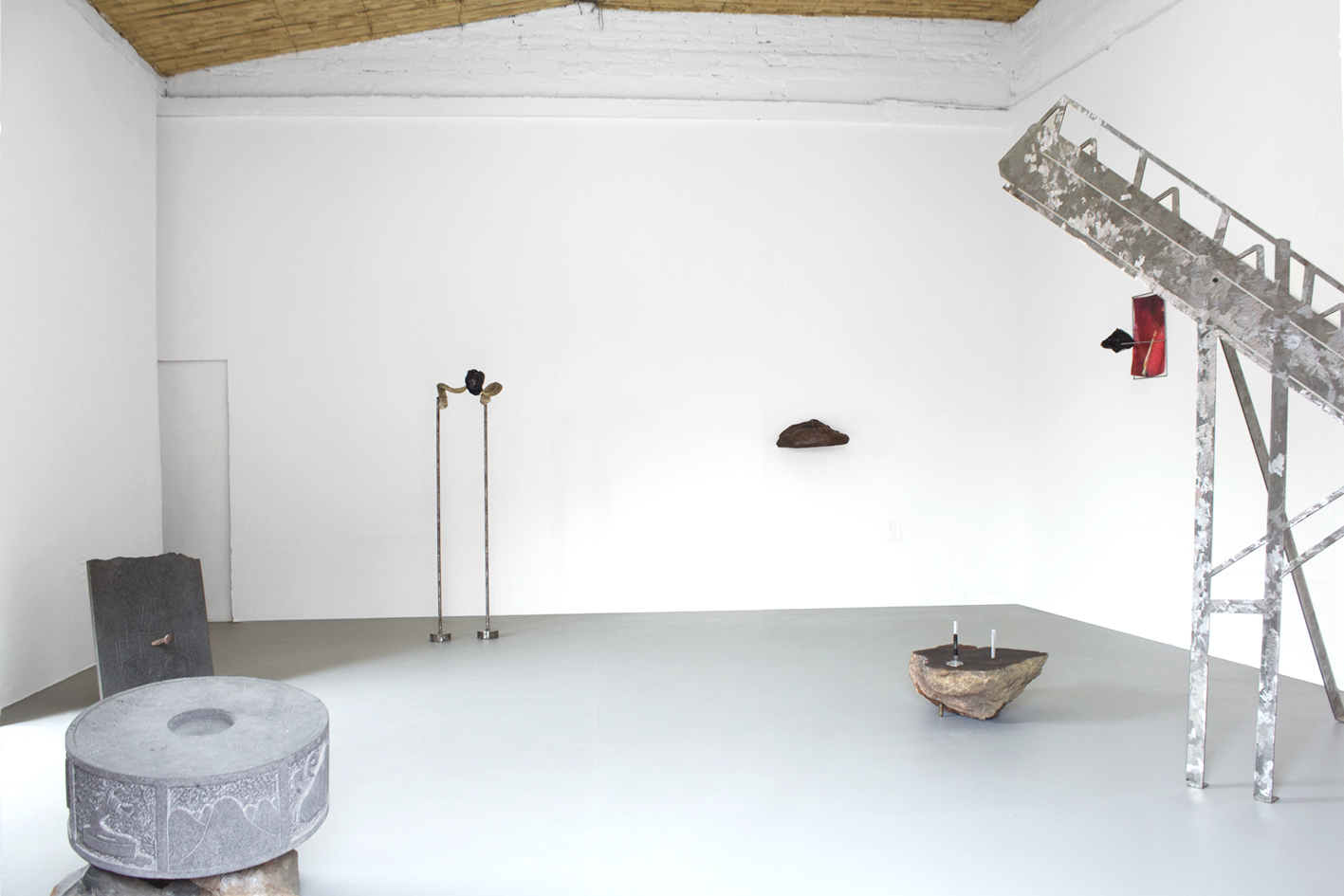 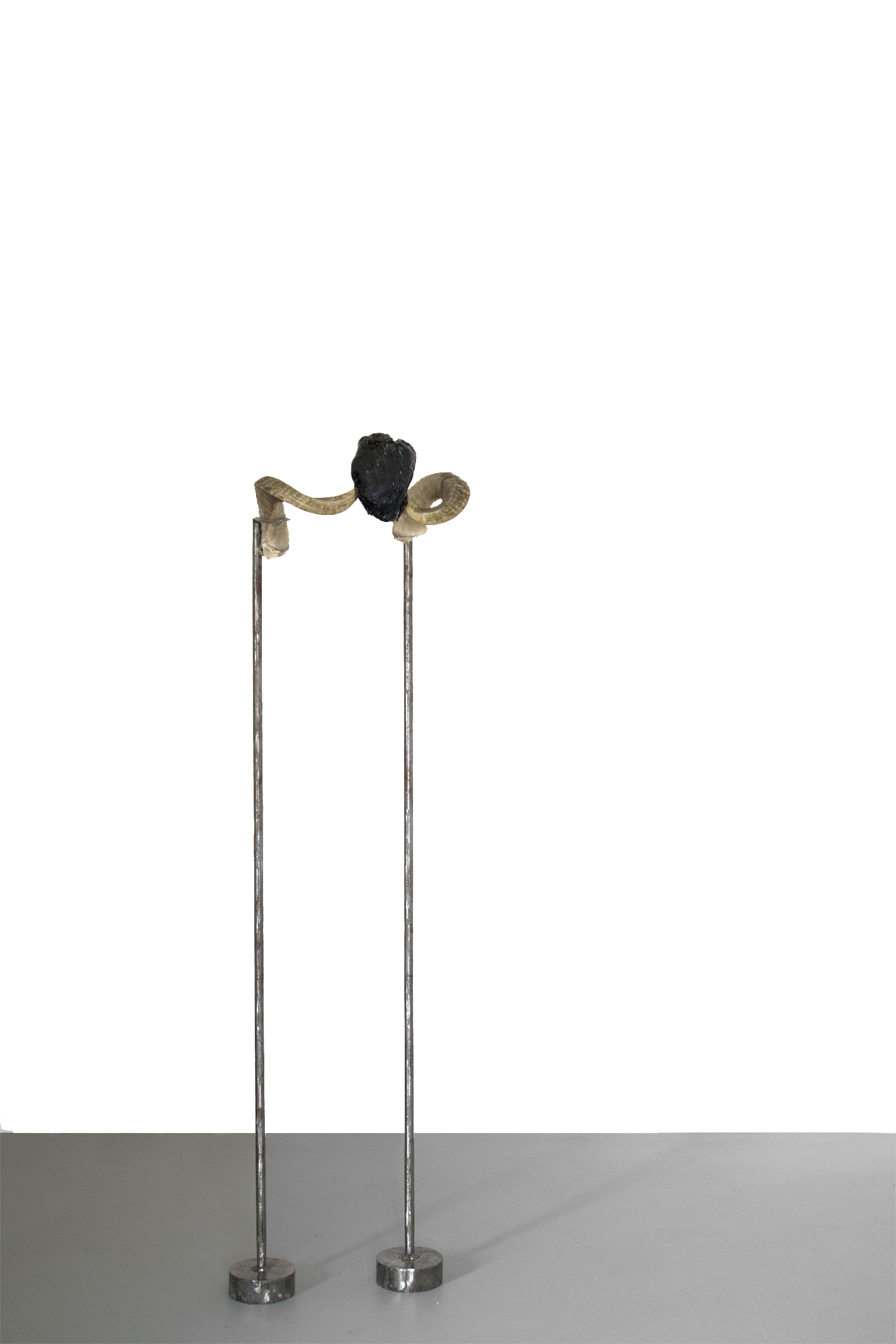 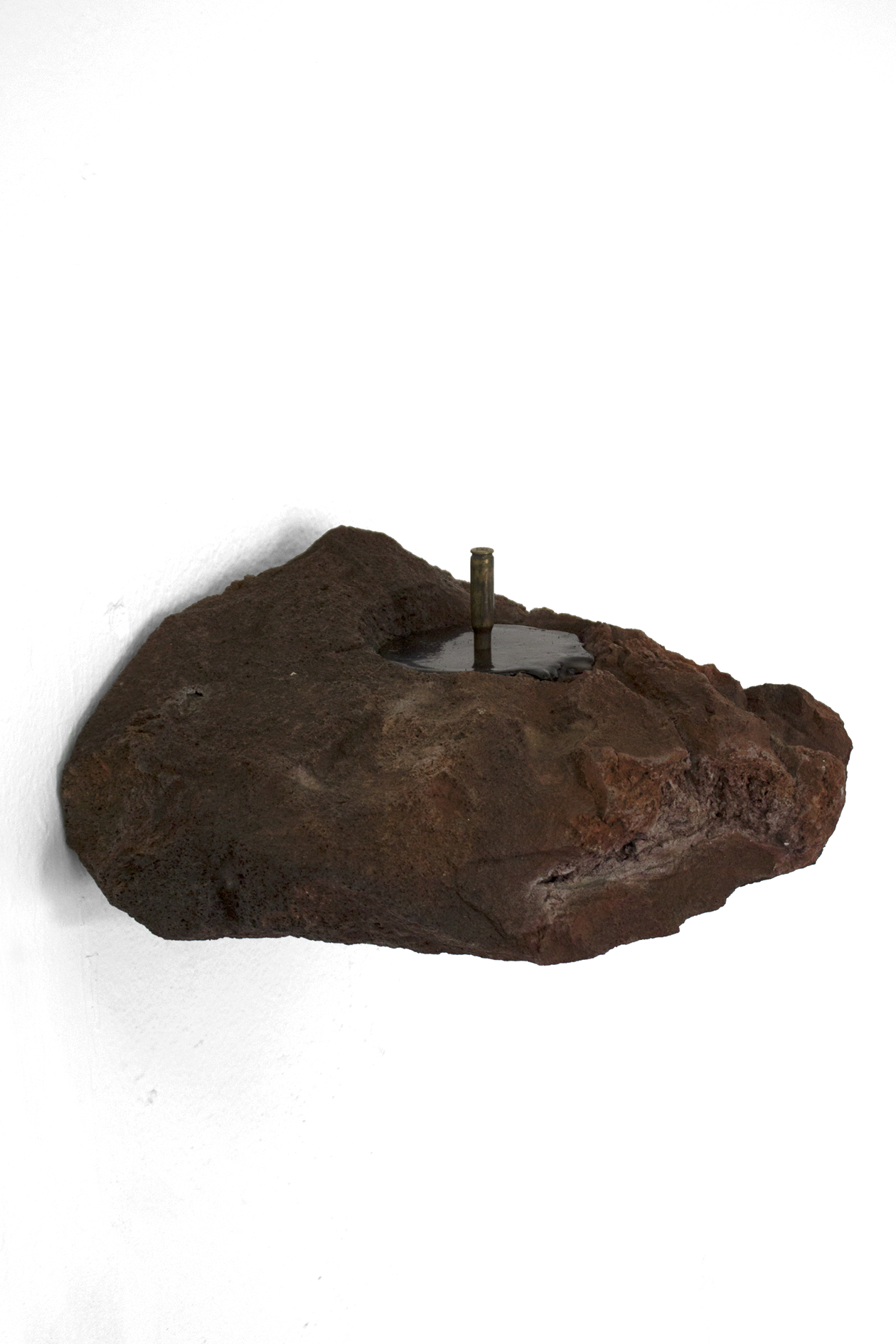 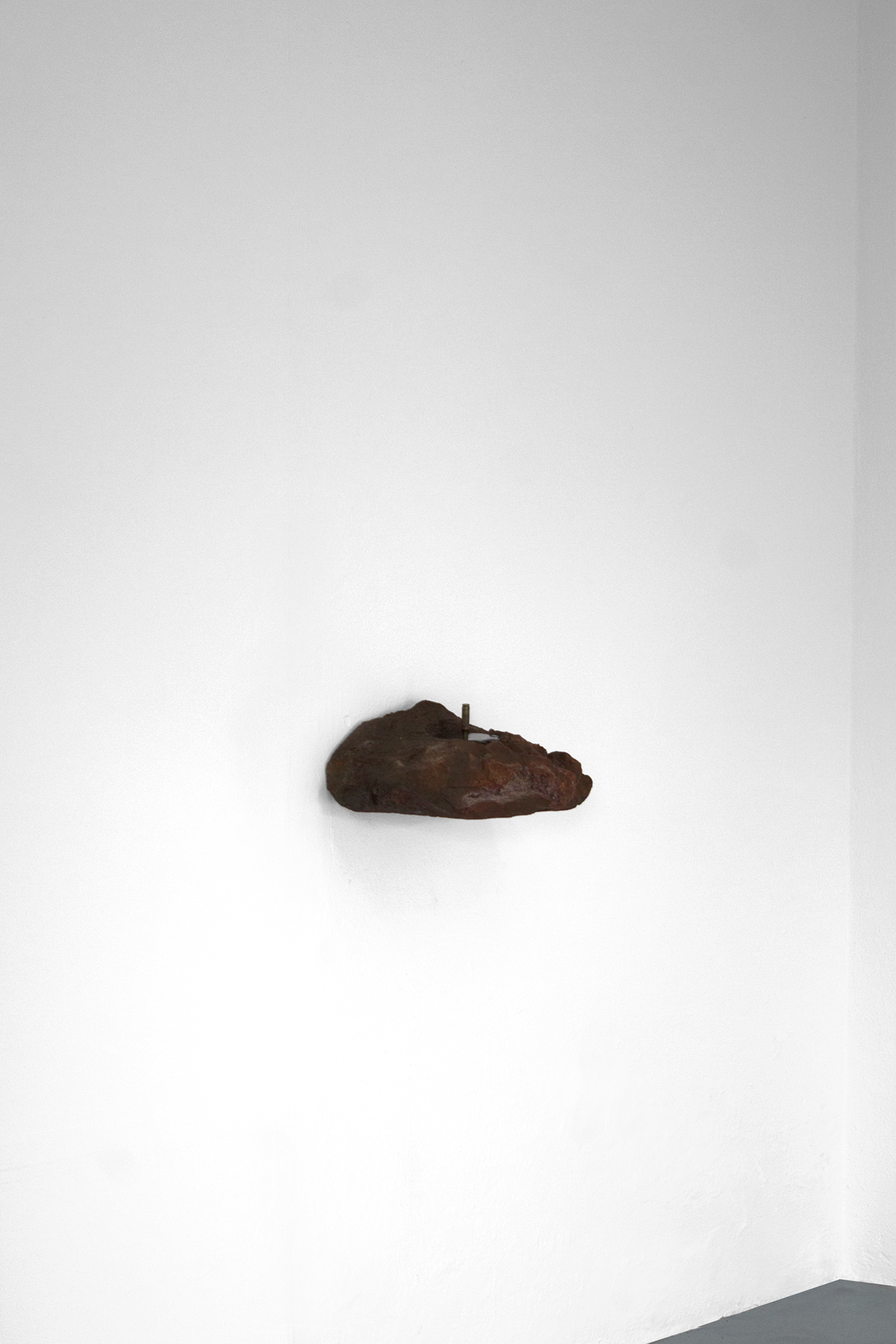 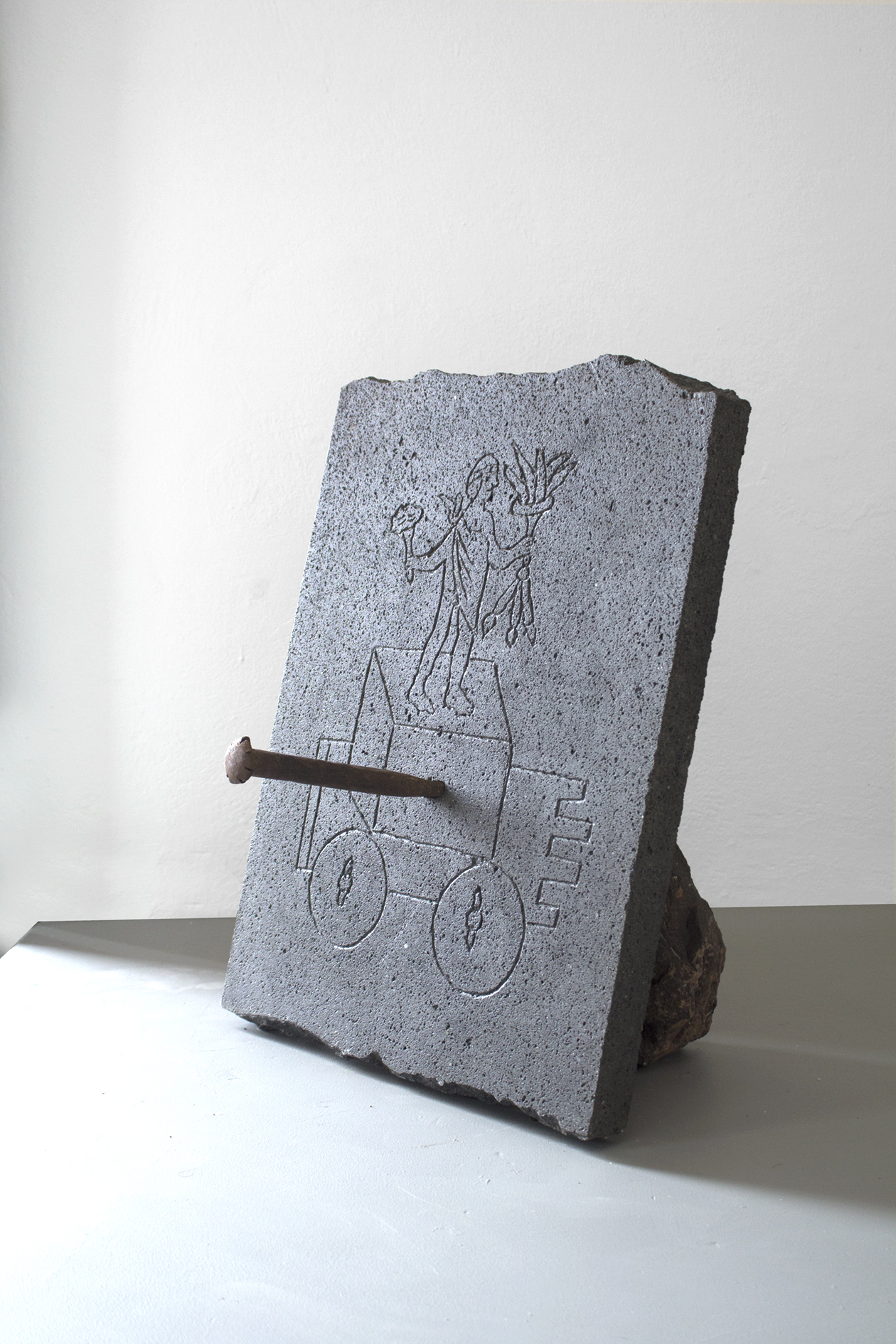 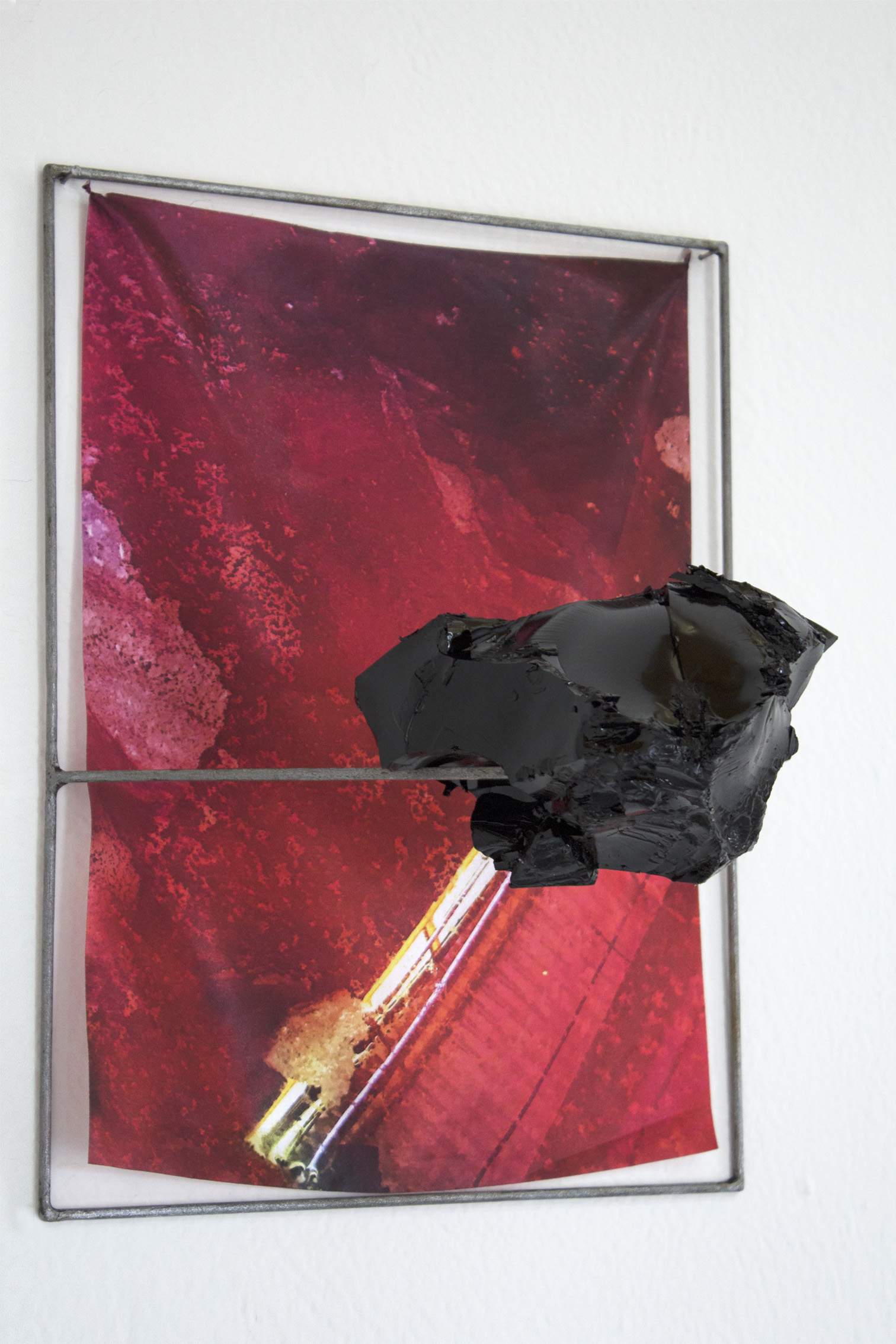 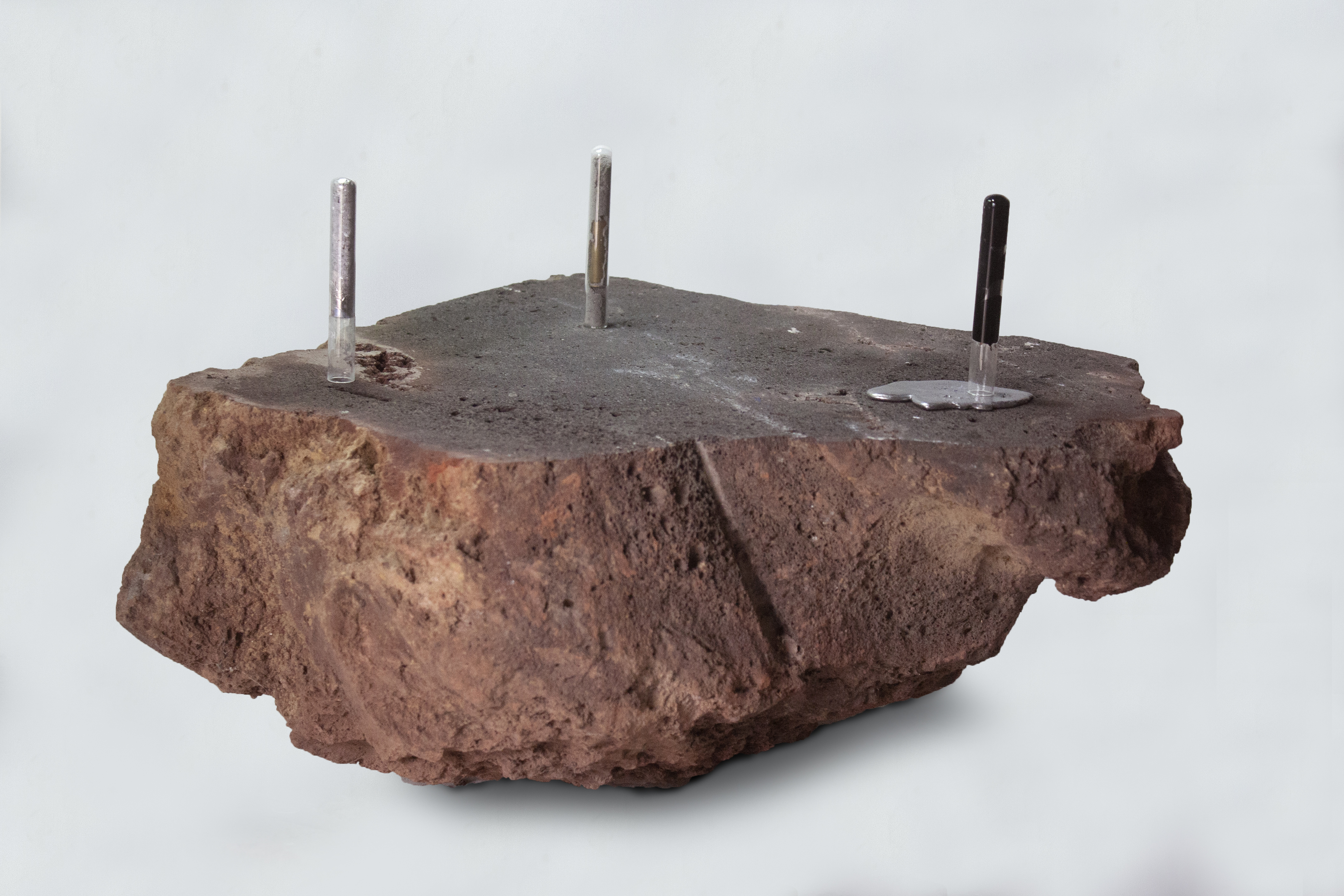 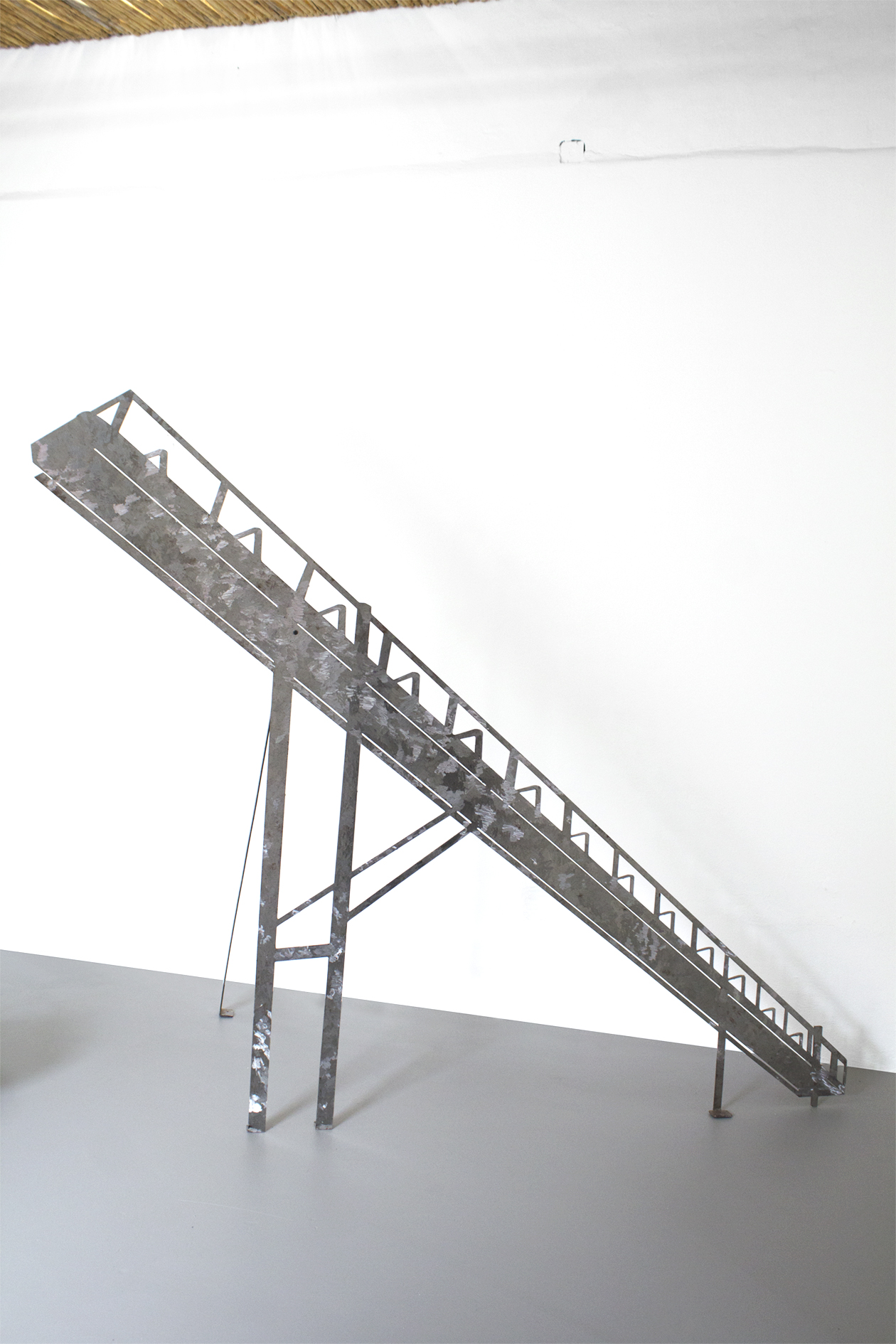 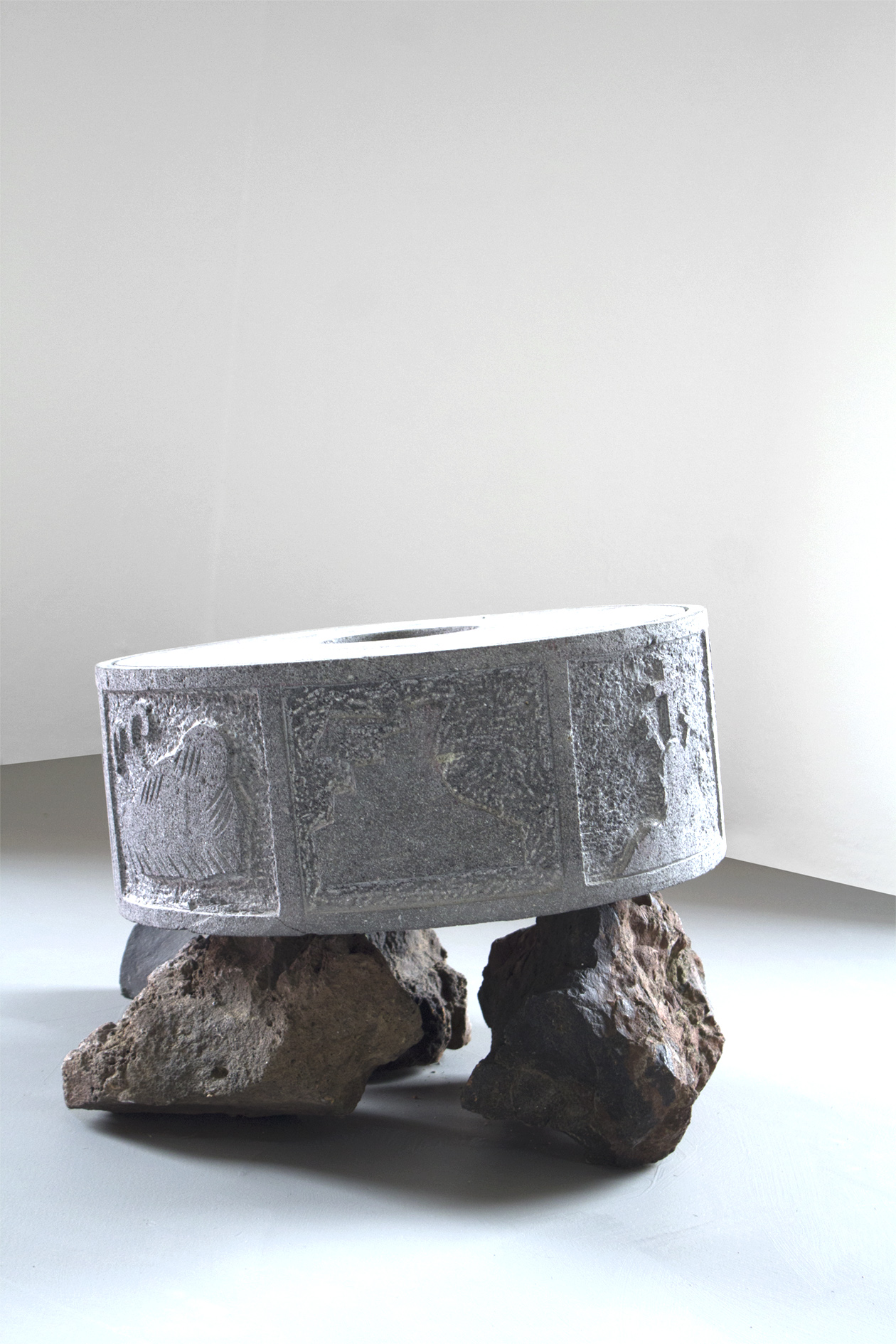 All photos courtesy and copyright of the artist and space.

Parallel /// Oaxaca is pleased to present sacrifice for an omen and redemption solo exhibition by Carlos Martínez.

sacrifice for an omen and redemption takes two stories that take place in a place near the iztaccihuatl-popocatepetl volcanoes, in which an open-pit mine has been installed for 20 years. On the one hand, one of the stories made by a Spanish friar, tells how a stone spoke and foreshadowed the fall of the Mexica empire at the time that it was transported so that a ritual sculpture could be carved, which was occupied as a tool to perform human sacrifices where blood and heart were offered. On the other hand, this research takes up a current story that circulates among workers of the open-pit mine (located in the same place where the Spanish friar narrates the omen) where the appearance of the devil or better said "the cornudo" is narrated during the construction of infrastructure for the mine.

The appearance of this entity to the manager of the mine required a series of human sacrifices to allow them to cope with the development of the works, to which the manager refused and thus the project to expand the mine's infrastructure was closed.Beyond the fact that these two stories share the same geographic location despite their distance in history, this project observes and takes up sacrifice as the axis that defines these episodes of local history. It is from the sacrifice that the different human-landscape relationships are articulated and connected, that is, between economy, sacredness, politics and mystery. Likewise, the study from the sculptural and from the ethnographic, presents us with the updating of non-human entities, guardians and custodians of an important place for the locality, first as a stone that speaks about how the Mexica empire will fall and later, 500 years later, like the devil who protects the territory by preventing construction and negotiating with peoplein charge. The ability of the landscape to express itself to protect itself is the interest of this project and one of the conclusions on which this exercise will be supported.In this way, the pieces shown here are seen as field notes in the form of sculpture and show the syntheses of the detailed investigation of materials and forms described in the stories and put to play in the composition of the final pieces.

In this manner, the use of materials are direct references to elements that make up the landscape where the stories unfold. In short, this project supports and combines sculpture and the act of generating a model to put together personal notes and field notes referring to orality and official history.

Special thanks to Barbara Bang