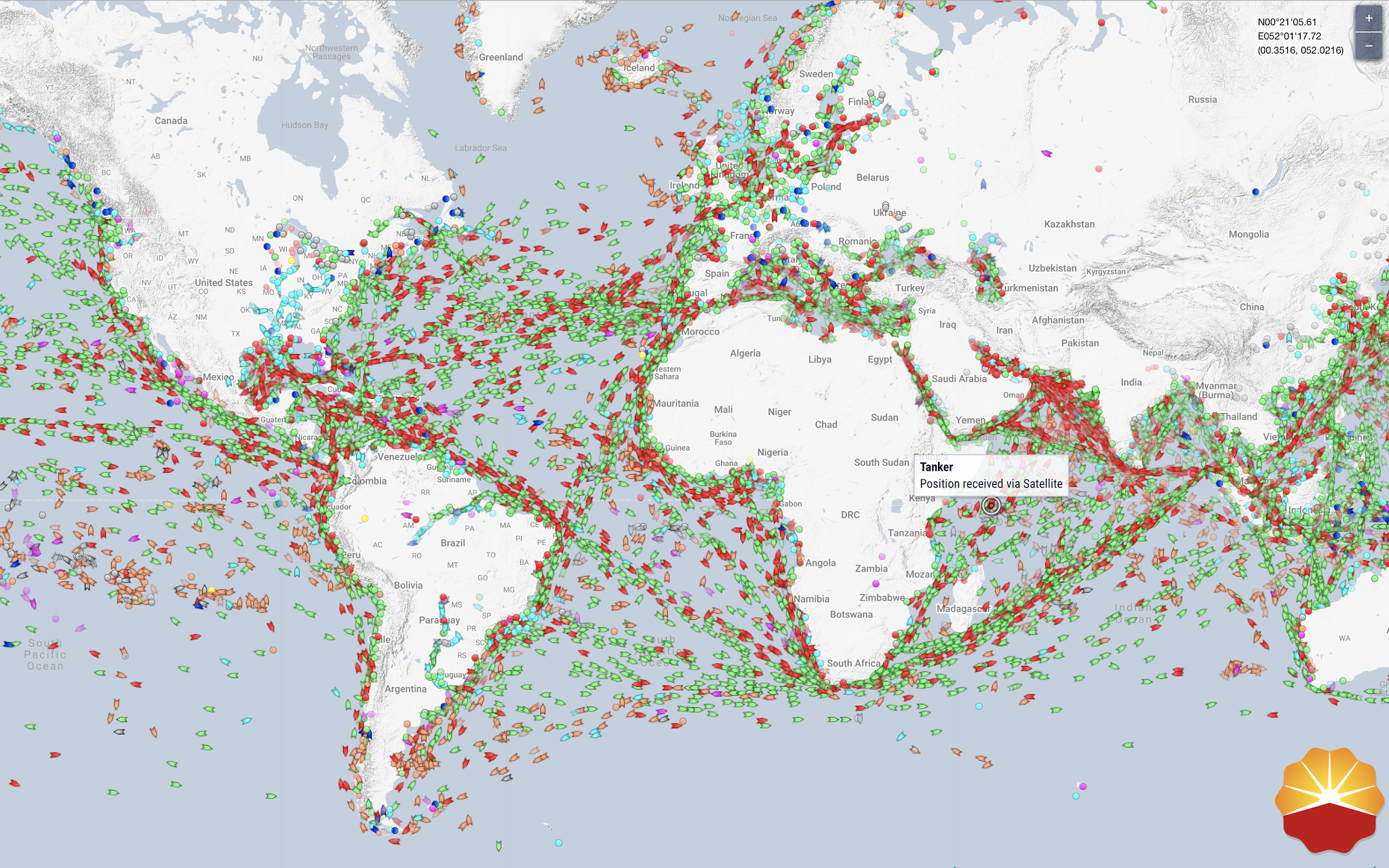 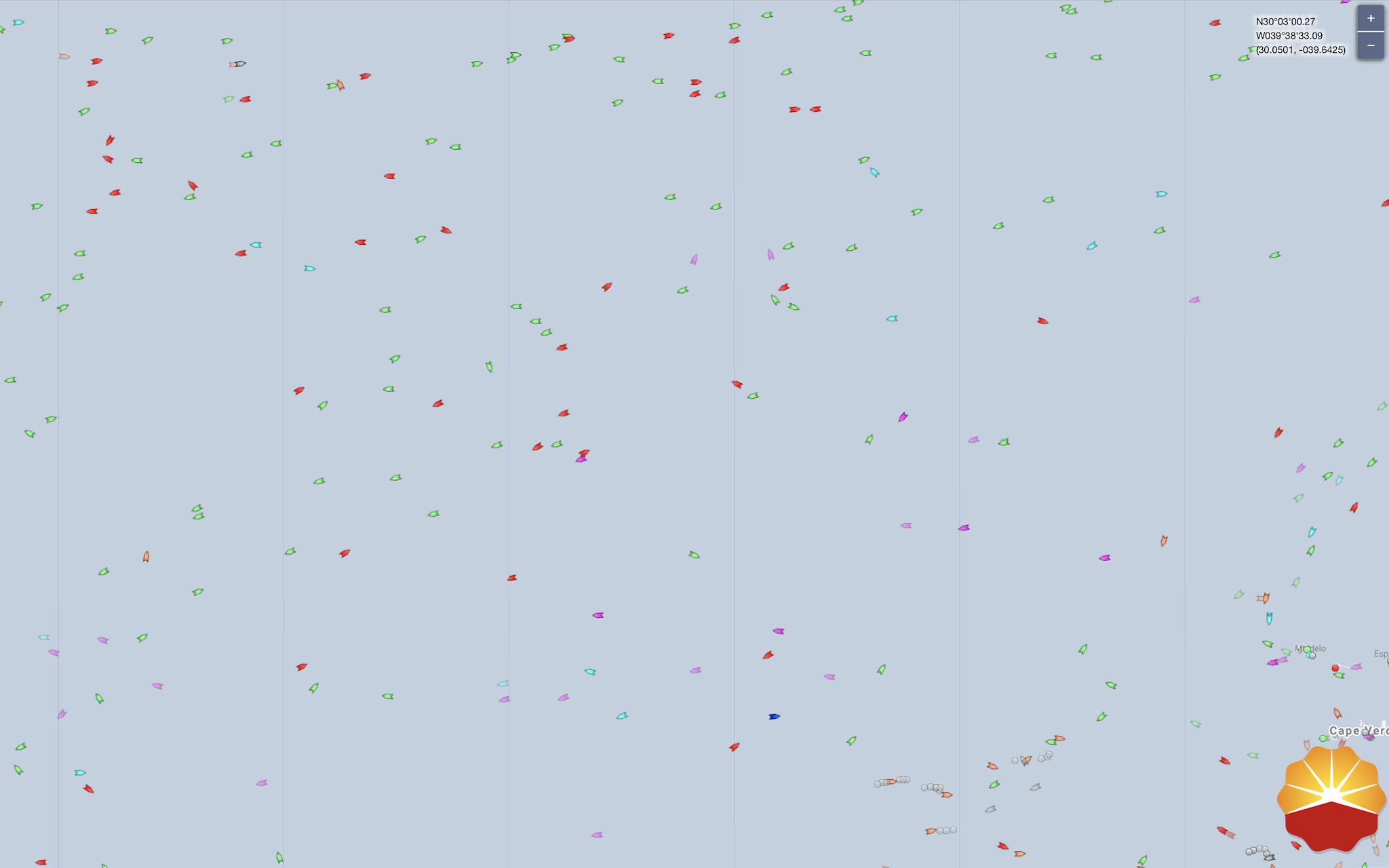 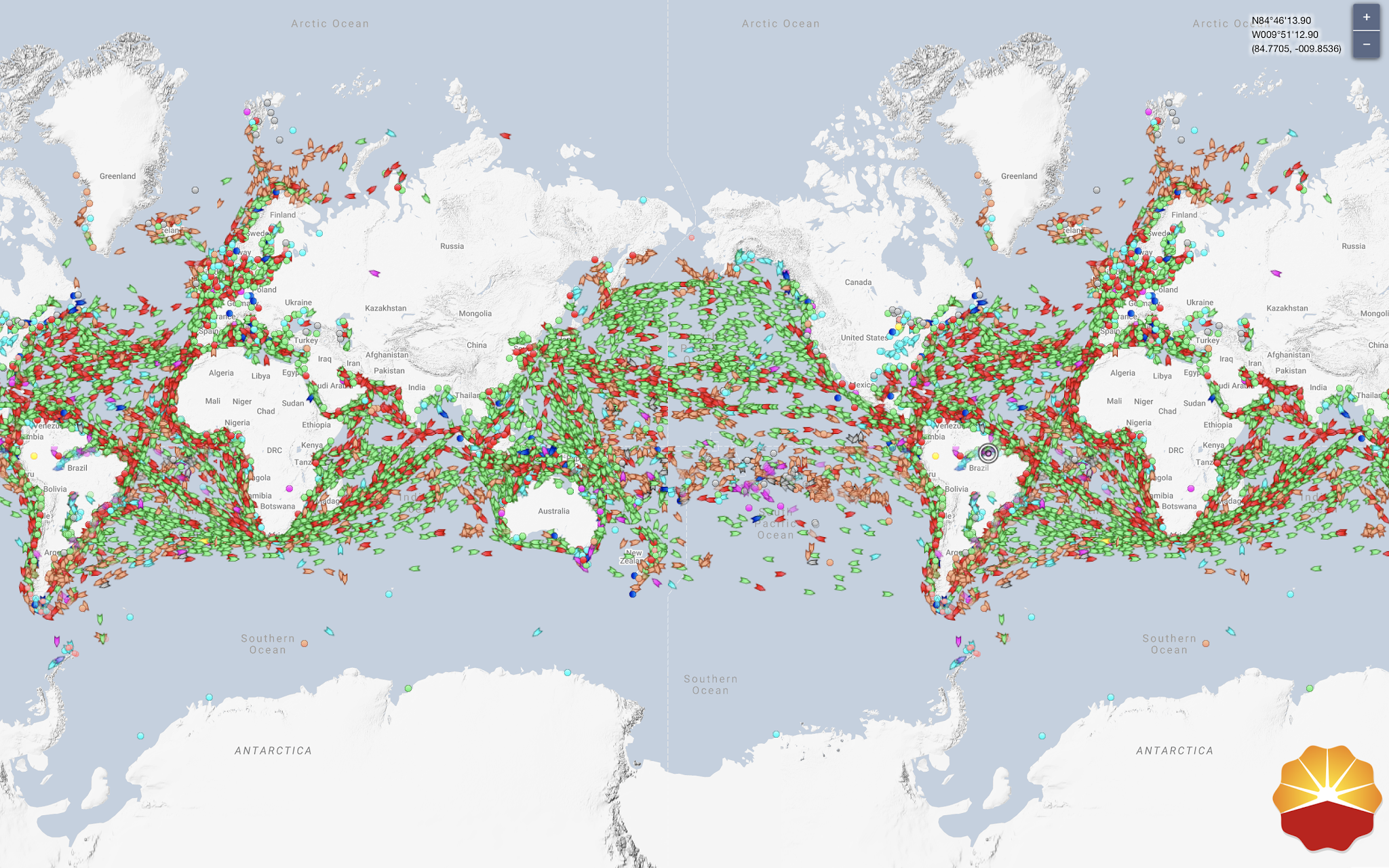 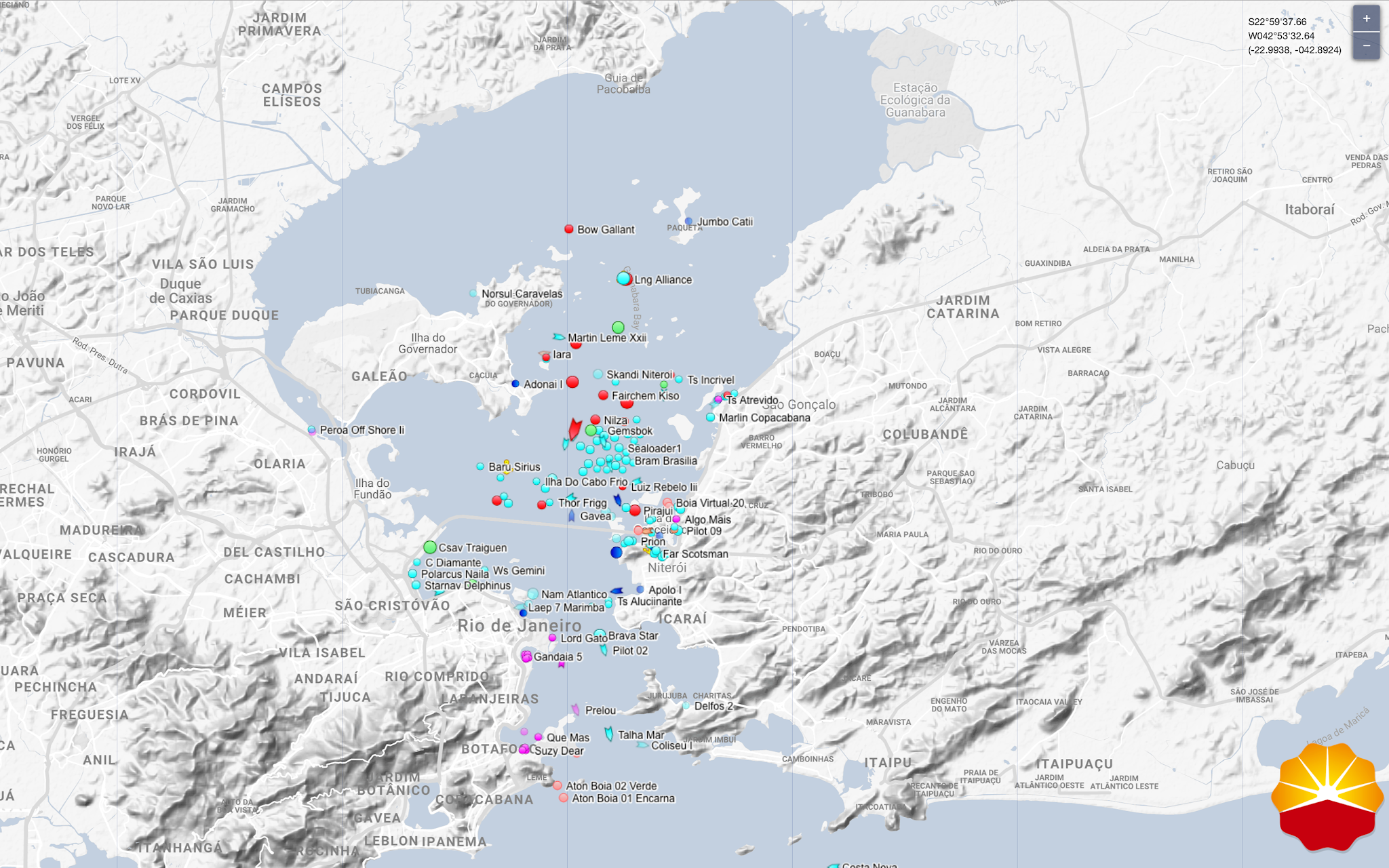 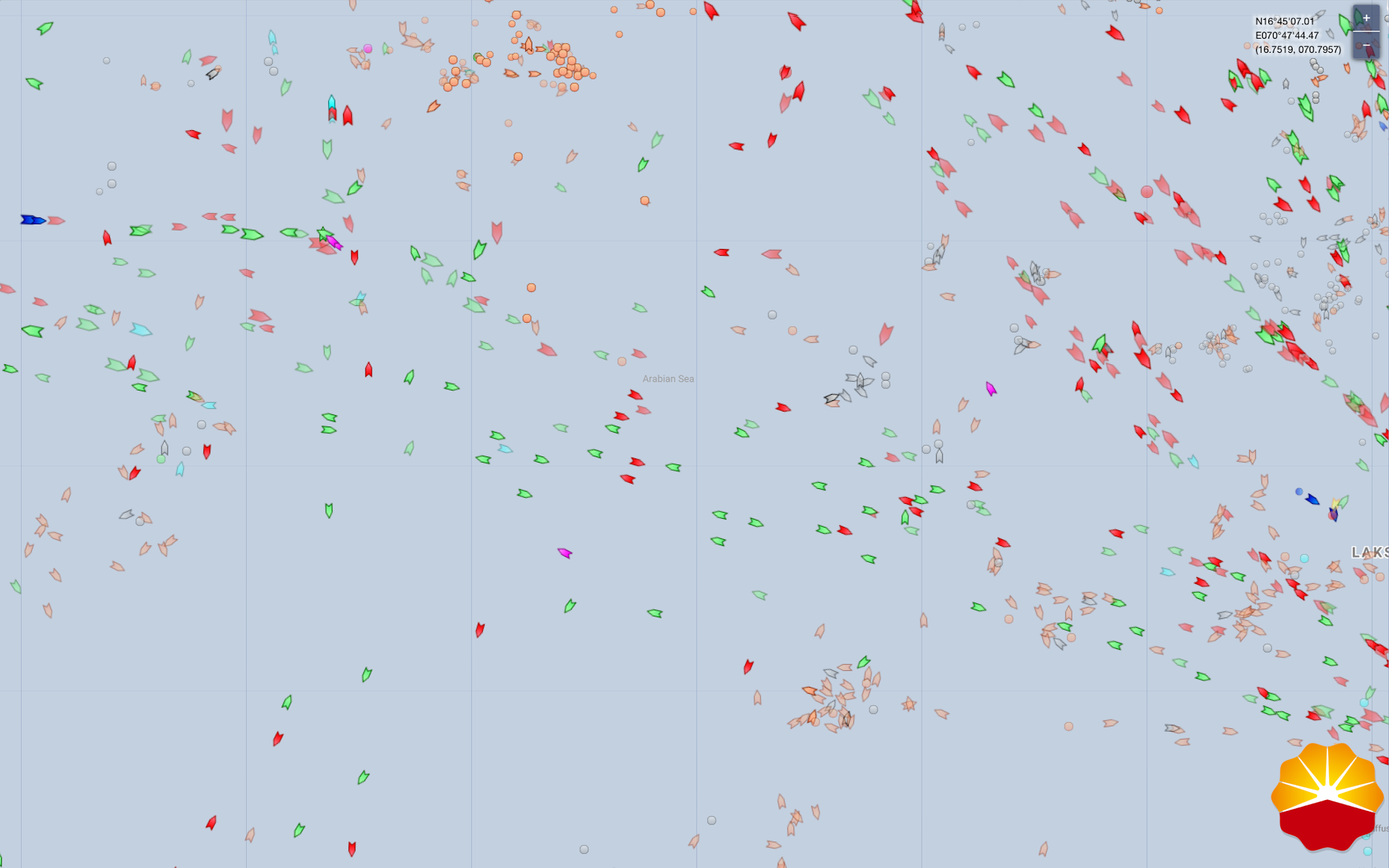 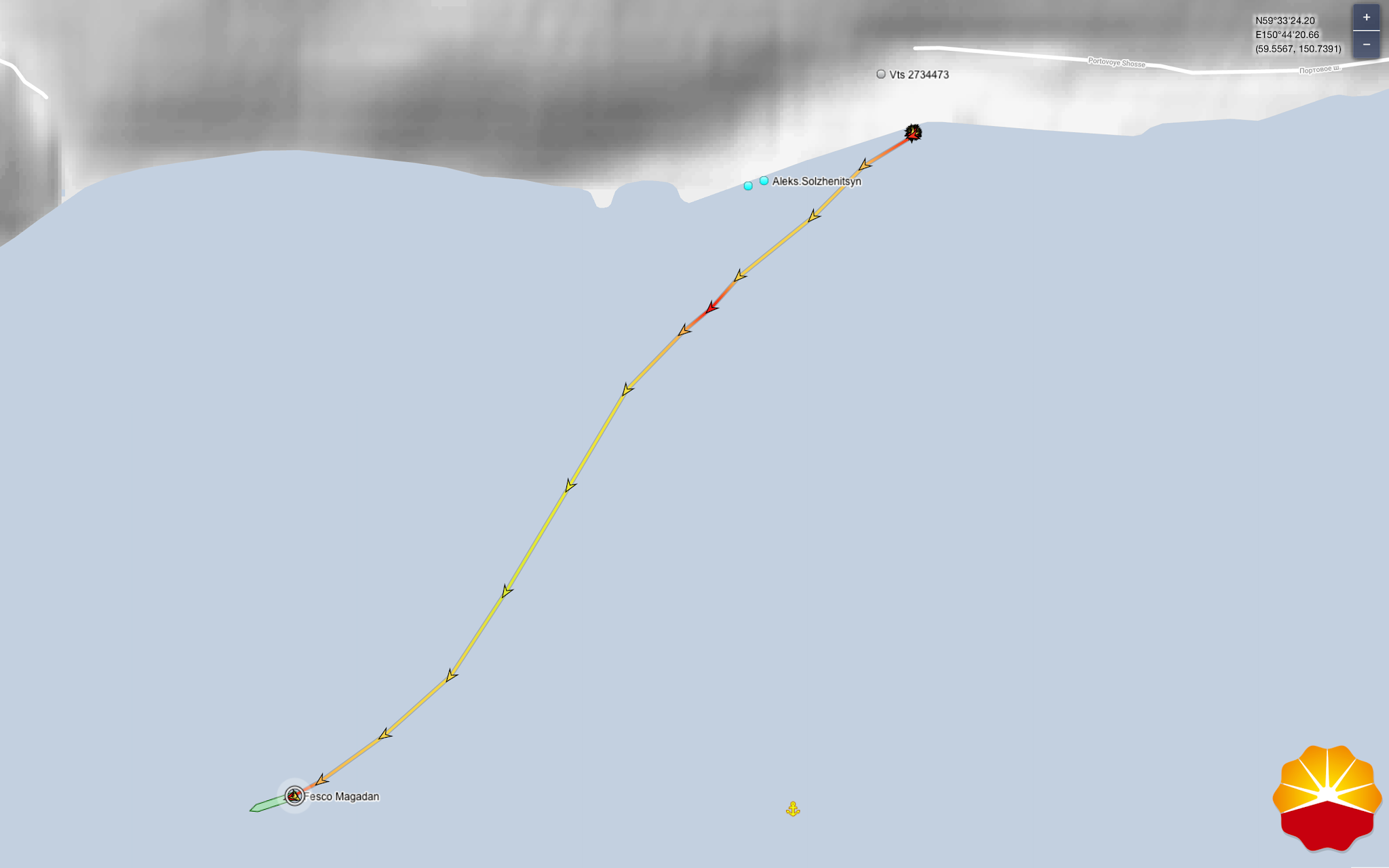 All images courtesy of the artist and BANAL BANAL.

BANAL BANAL presents its 11th edition with a new work by Wisrah Villefort, in dialogue with a text by Guilherme Teixeira. Following their ongoing investigation towards expanded notions

of nature and ecology, considering the structures that regulate them, in EEE, the artist shows a piece in hypermedia associated with the visualization of data and large-scale industrial activities, built through the combination of appropriation and collaboration gestures.

The project allocates an interactive map that informs, in quasi-real-time, the geolocation of countless

vessels around the planet, postponing it to a visual tributary construction of large corporations' imagination and the spatial and liquid expansion of a sound piece developed by the artist DESAMPA. On the website, it is possible to follow the movement of an incessant global flow that, on the one hand, informs us

objectively on the intensity of a fundamental aspect of human activity on the planet and, on the other, offers us an abstract and continuously changing landscape, capable of referring to a diversity of

displacements of different natures and scales.

Have you heard about the need for boats?

And four hundred meters drag the image that bends, kisses the water, and turns into motives of the stratosphere;

a thin layer, leaf-like layer, swims amidst plastic with no destination.

How solid, how hard, how odd; how perverse to see the little butterfly stroke in the Guanabara Bay battle for a piece of ocean with the Dolly soda...

Have you heard of the boat’s height?

Half efficiency, half responsible for our cold;

Half a will which is then the ocean;

A whistle, and a mountain bends - it doesn’t matter whether today or the day before;

C4 undoes its peak and you leak,

To meet soil then fertile,

In the middle step, memory once again crosses the Atlantic,

"Have you heard of the need to fit in it all?"

As emperor - and the will for kingdom,

will for innoxious paths,

create but all he already had, and lost himself in the allegory

and it is text, everything that is a person: it is text the harbor does not swallow;

Sleep as pause: which animal does your tongue?

The presence on all shores and willingness,

And like messages stuck in claws, once again we look inside:

Is it about the tangency of the holograms?

It is about the tangency of the curve of that image that, on its own axis,

kisses water and the will for the stratosphere from the thin layer of representation made possible by the backlight.

Noise or whistle that runs vertebra to vertebra; un-noise.

We woke up at odd places, because as a contract, they don't allow me to see past the triple will;

an entire harbor is swallowed and I don't know - I may never know - what is north to what comes from my mouth.

From the top of its four hundred meters, the advice is sudden, and sublimates between motive and form;

From the noise that makes wave when it breaks is then far and we swallow salt;

It's also about the tangency of the holograms, you know ?! Thin body-like image

That of the waters, there is not then - but there is soon.

Guilherme Teixeira (São Paulo, 1992) is a writer, curator, and editor based in São Paulo, Brazil. Among the institutions with which she has already worked, CCSP and Videobrasil stand out, as well as galleries and consultancy offices. Among his curators stand out PAREDAO (CCSP), Yesterday was a Long Day (MARP), The Great Fright (SPACE), Continuous Noise and Absence (Galeria Sancovsky), The Immense Laziness (Galeria Sancovsky), among others. Teixeira is also editor of the journal O TURVO.

DESAMPA is a multimedia artist from São Paulo who creates experiments with electronic music and visual arts. As a musician, he attended the Red Bull Music Academy in Paris in 2015.

BANAL BANAL is an online space for contemporary art exhibitions with a program that combines experimental language and digital culture with critical thinking and political resistance. Curated by Germano Dushá and programmed by Diogo Vianna.