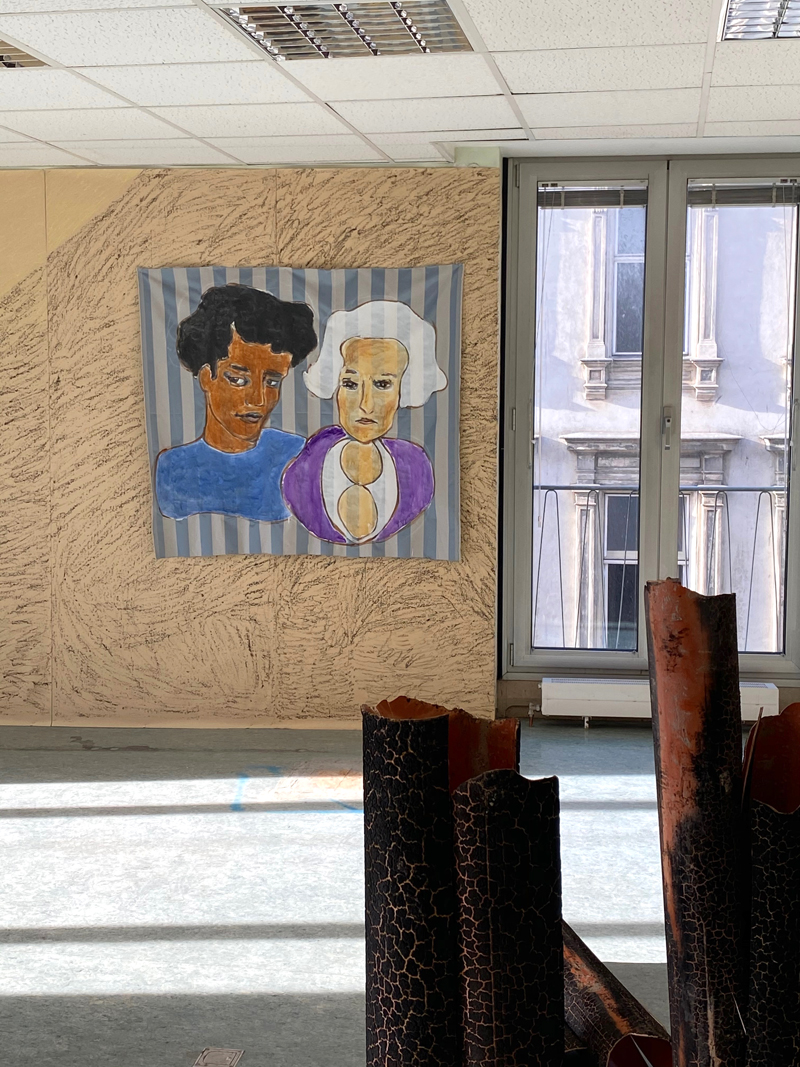 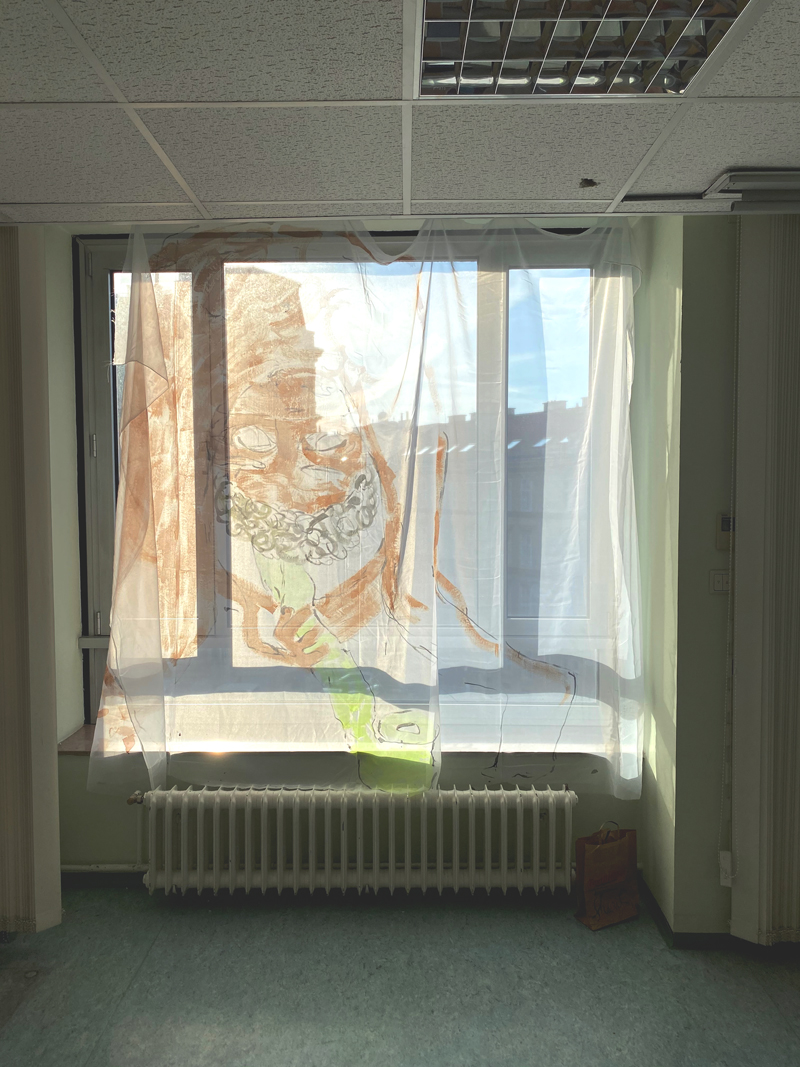 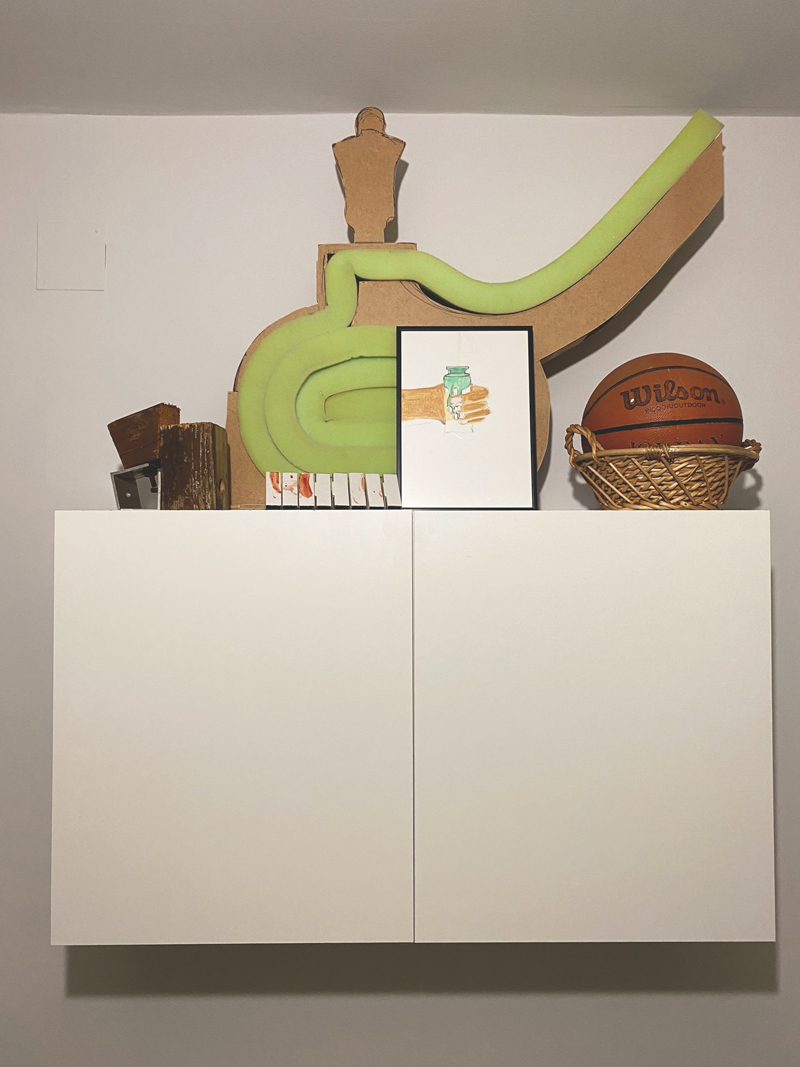 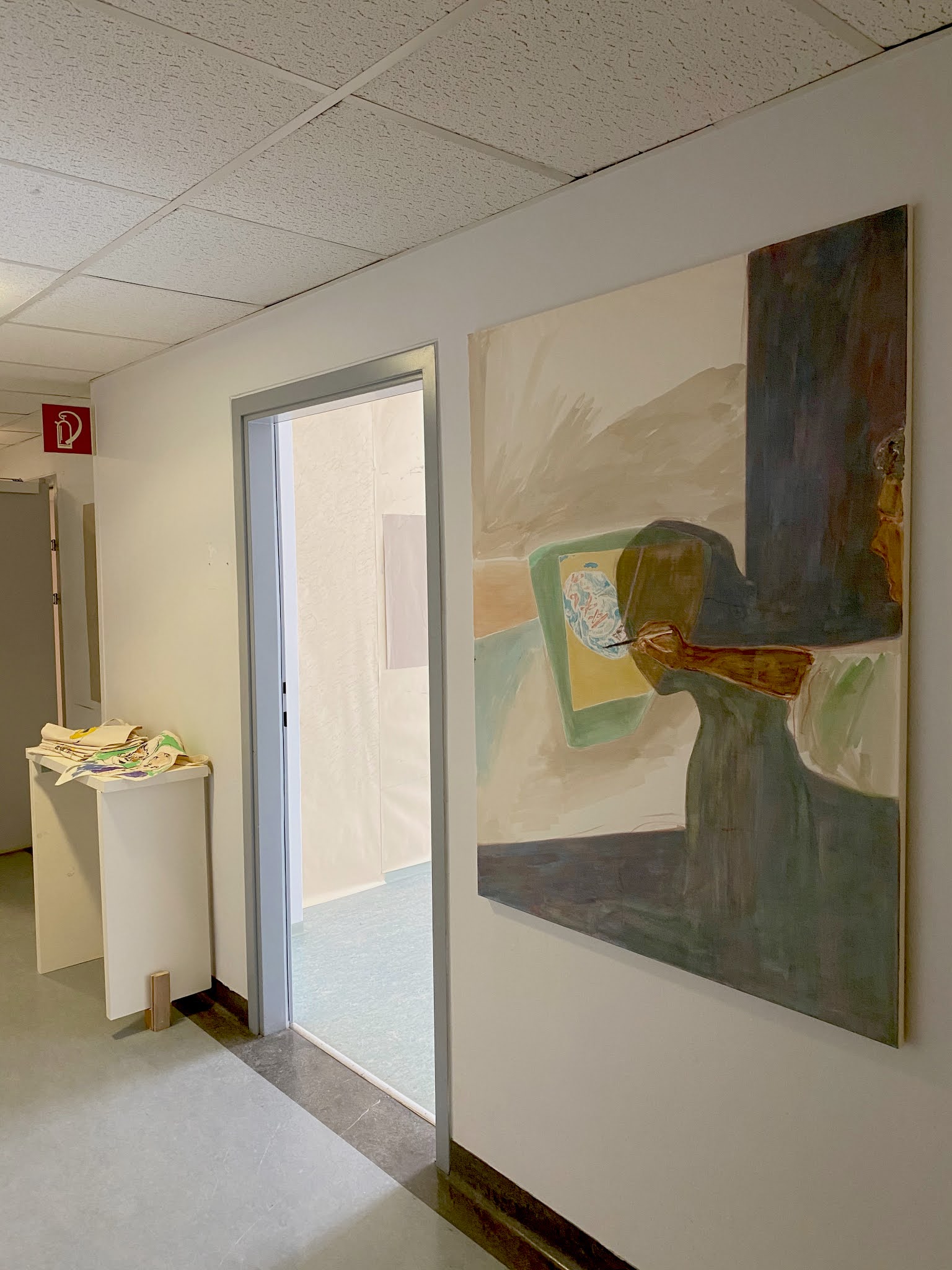 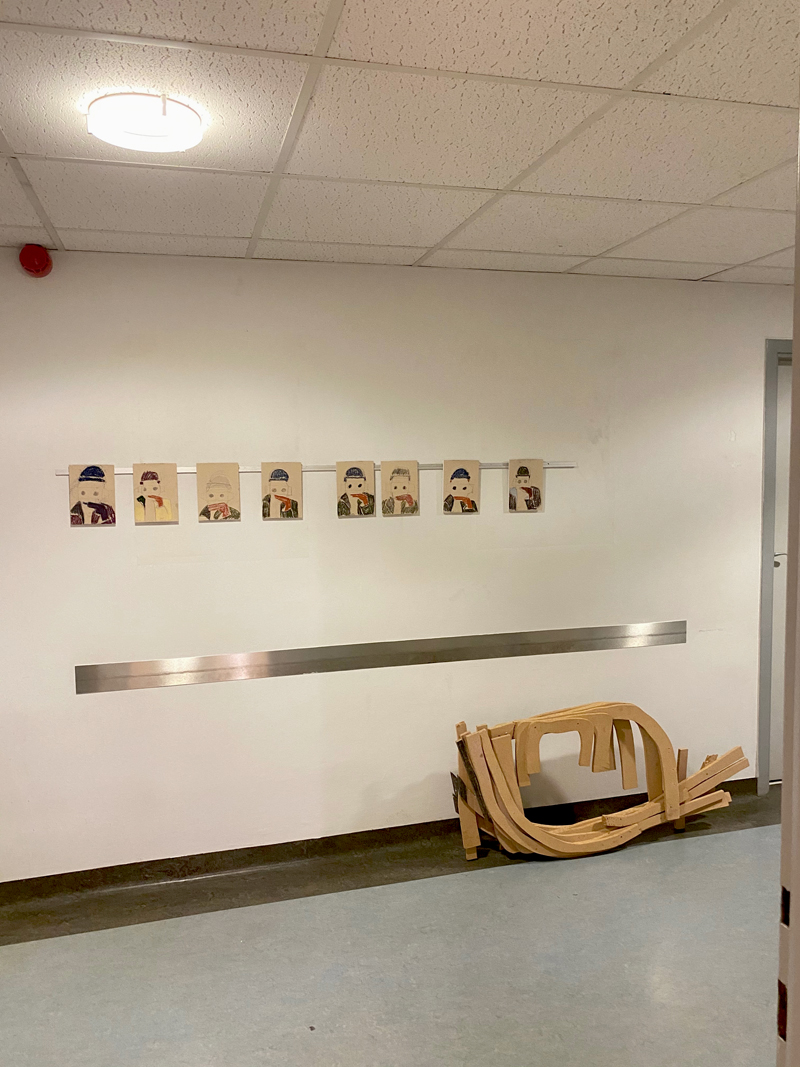 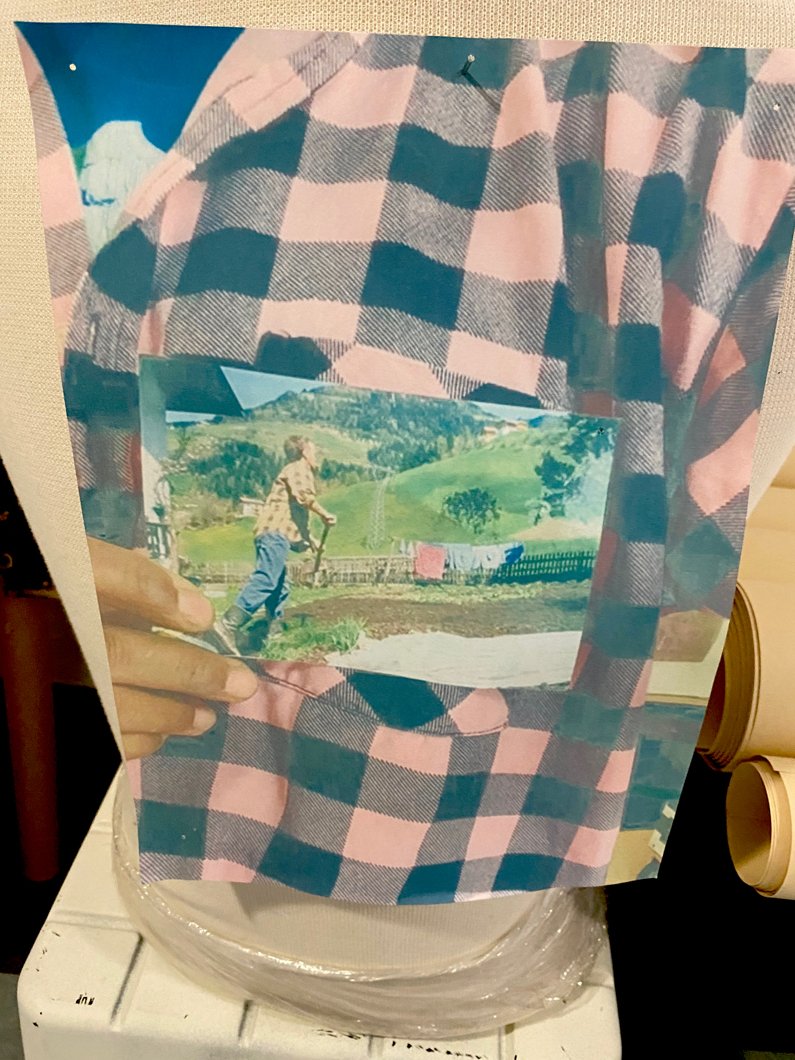 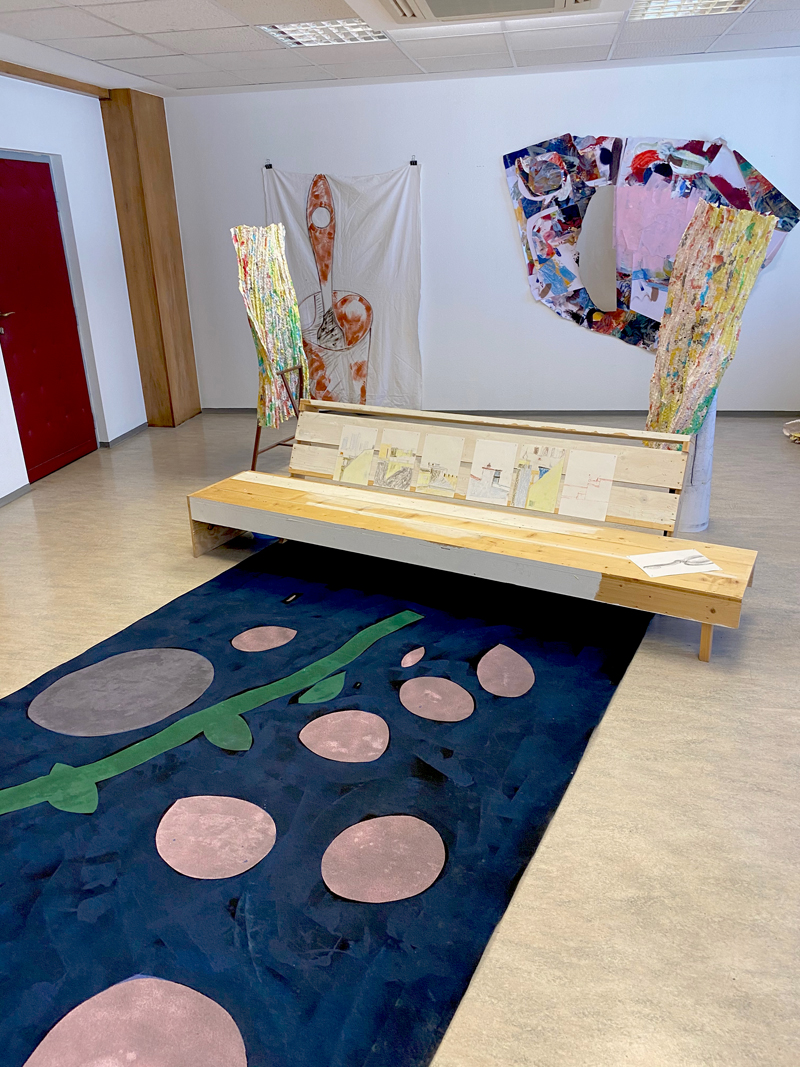 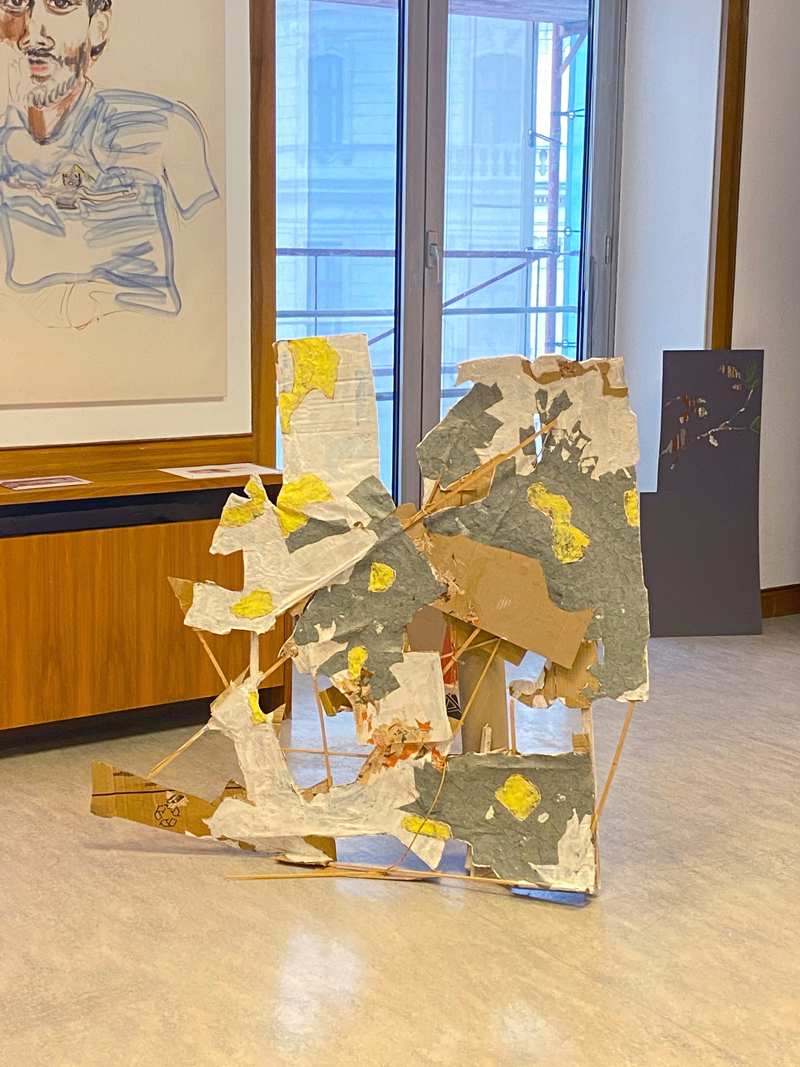 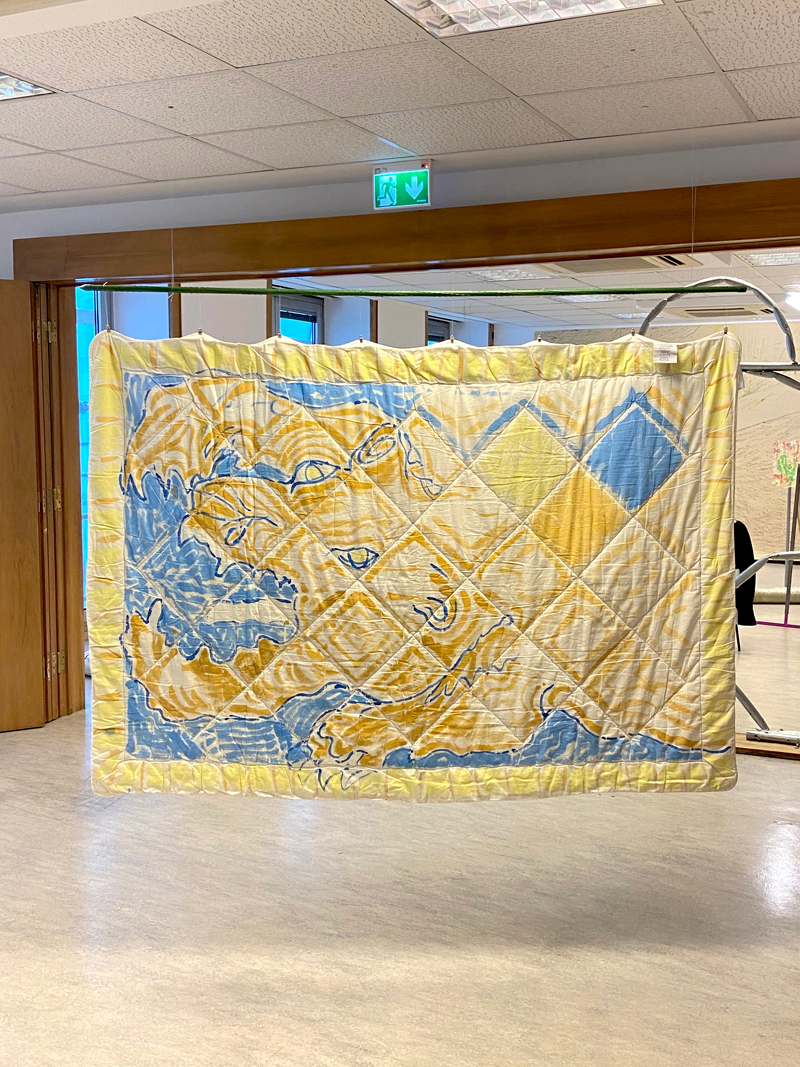 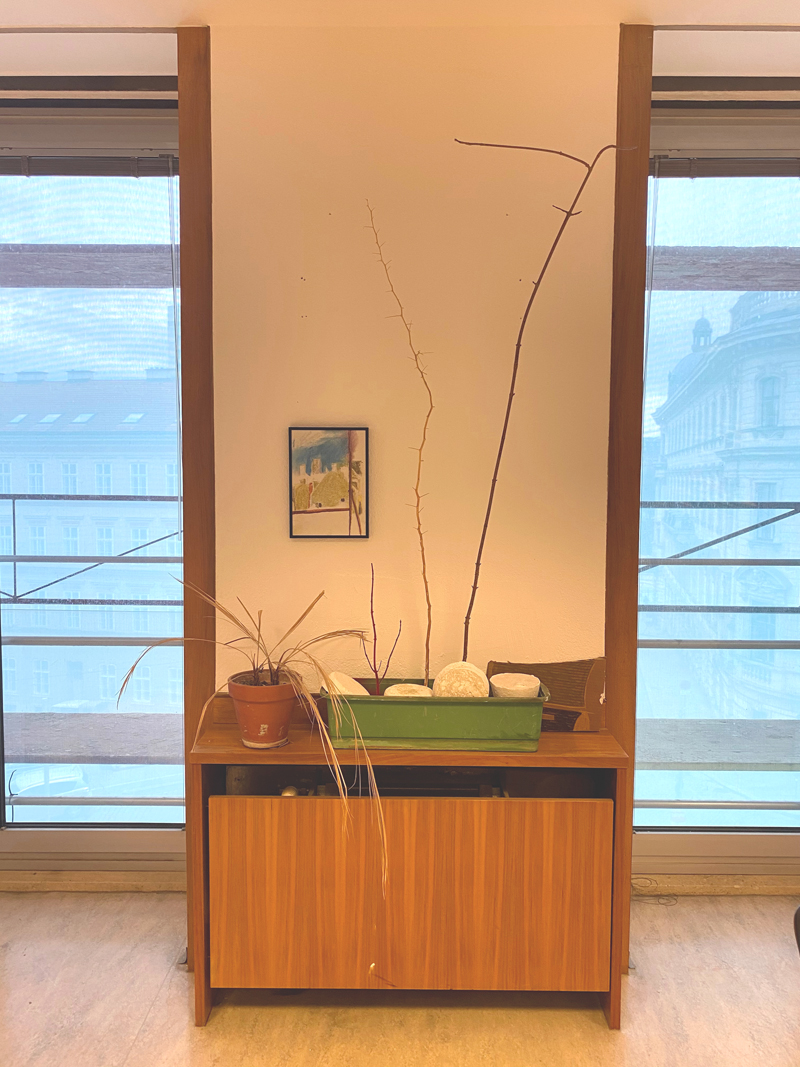 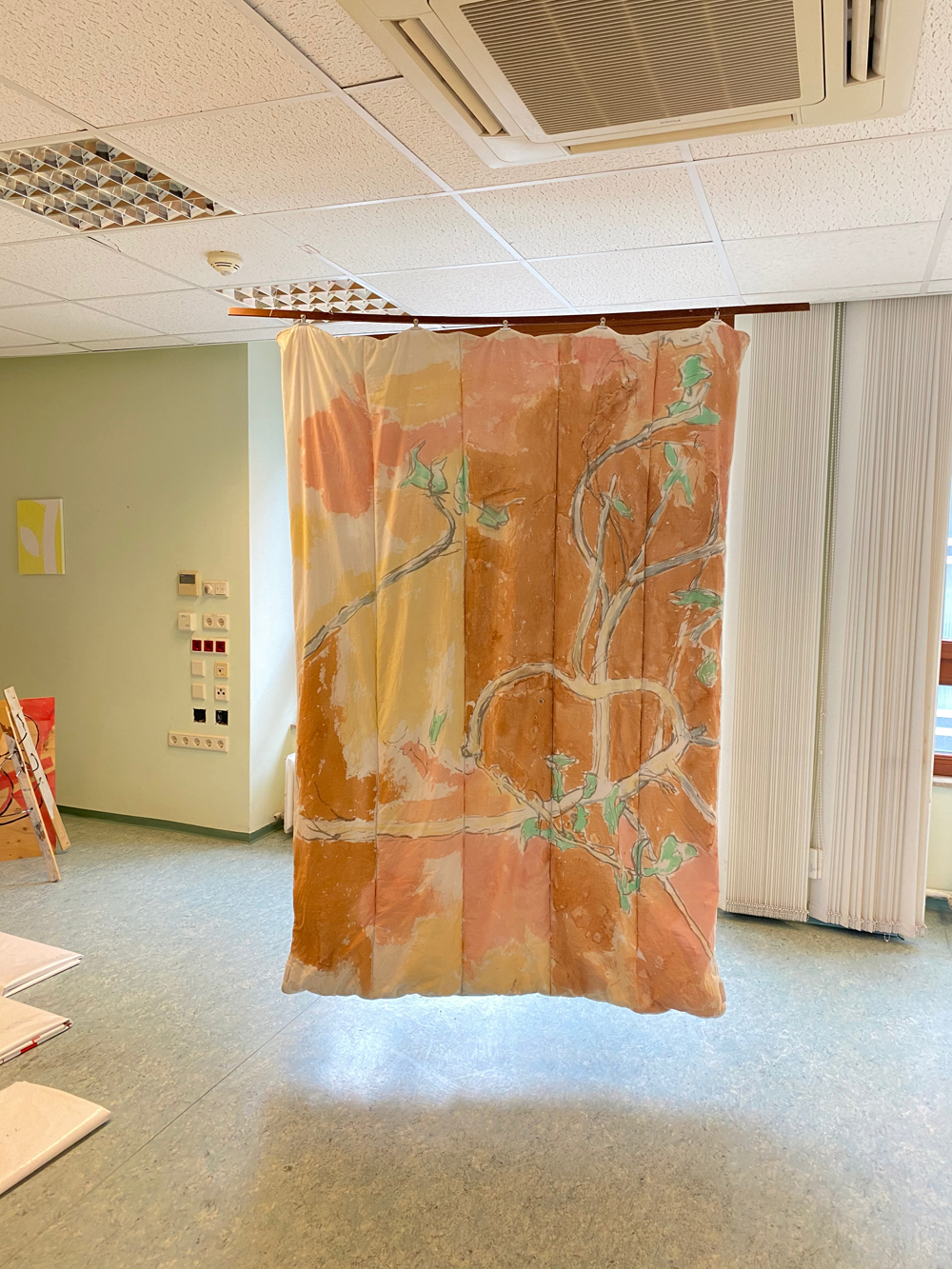 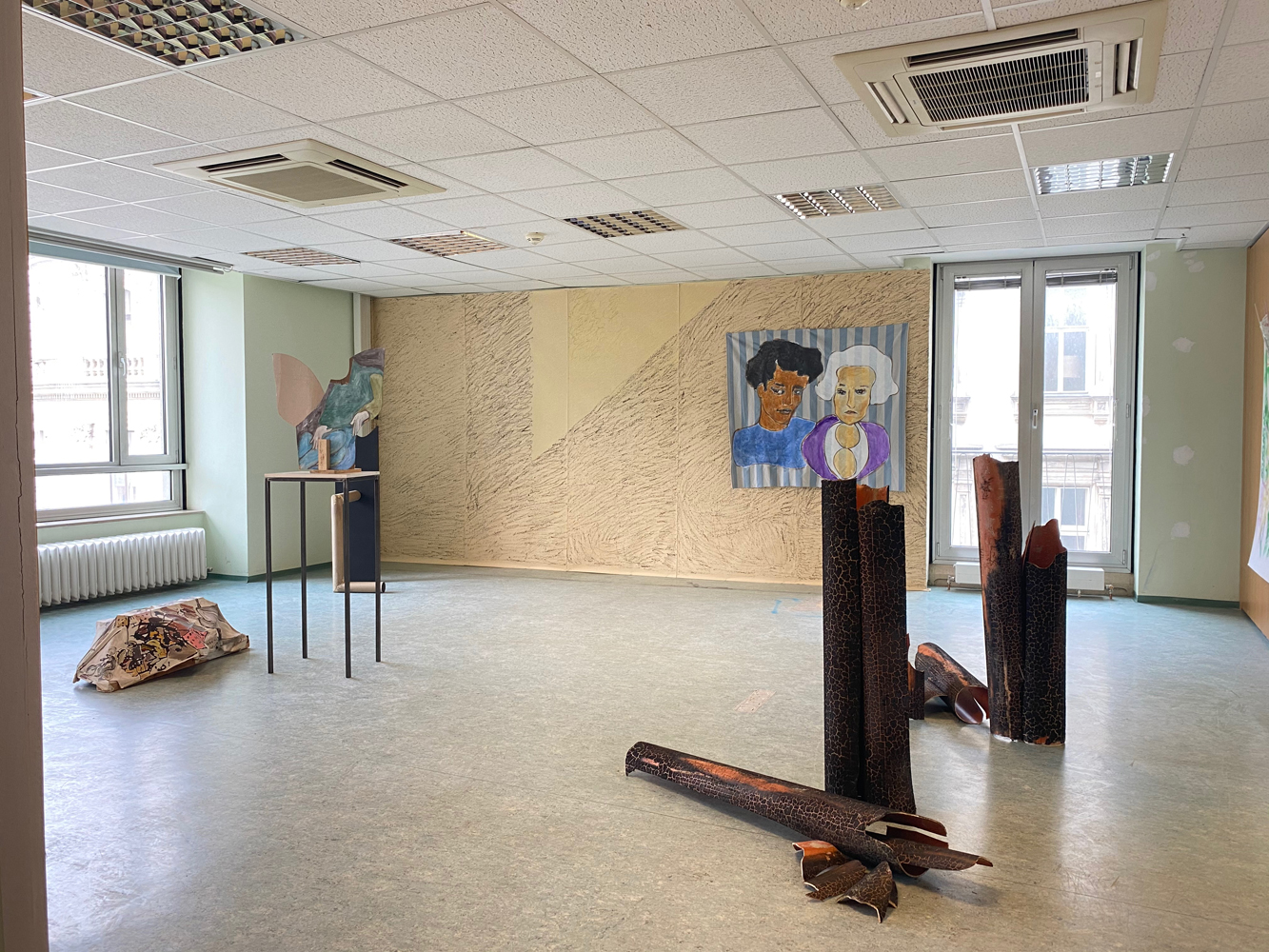 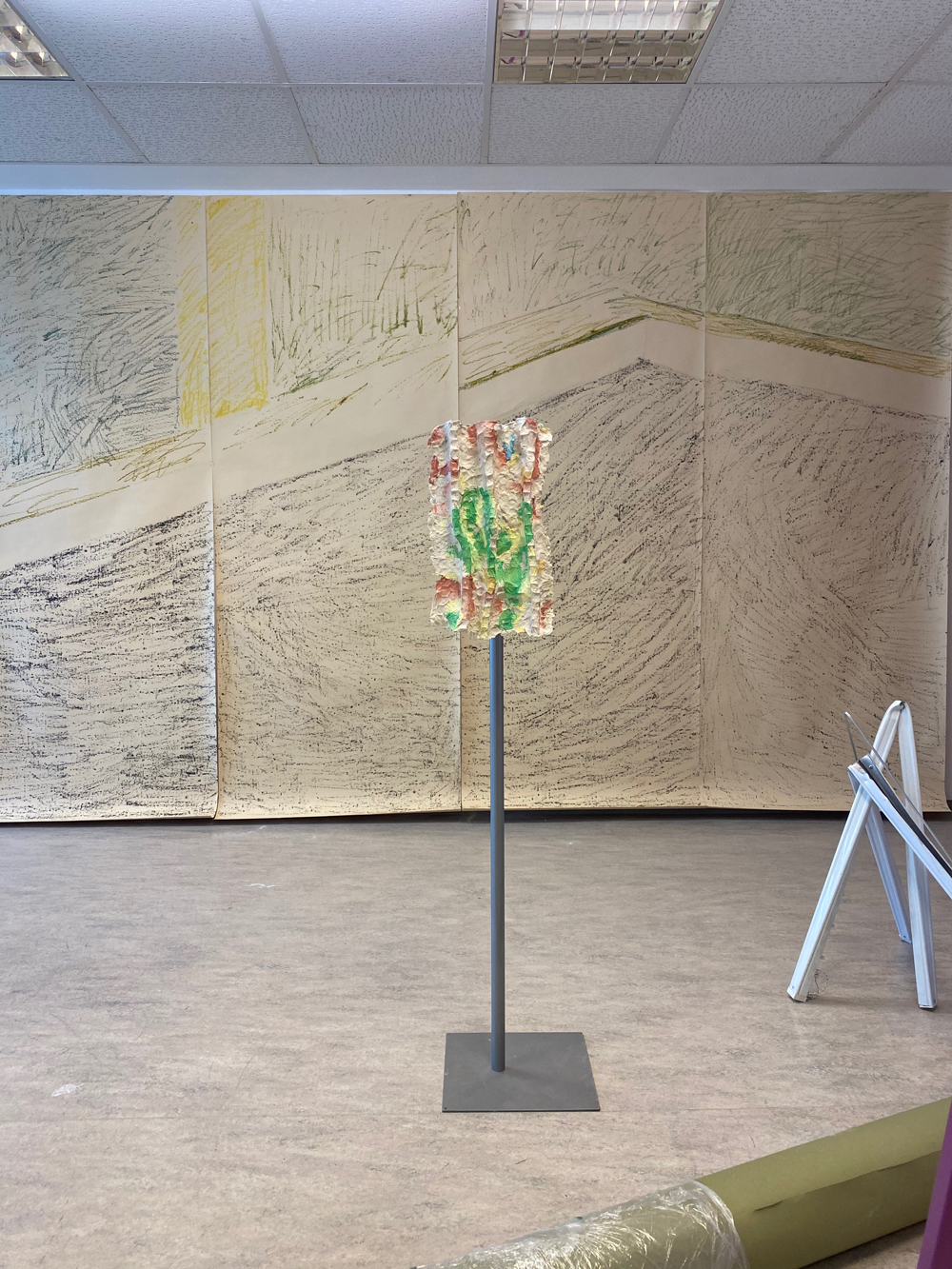 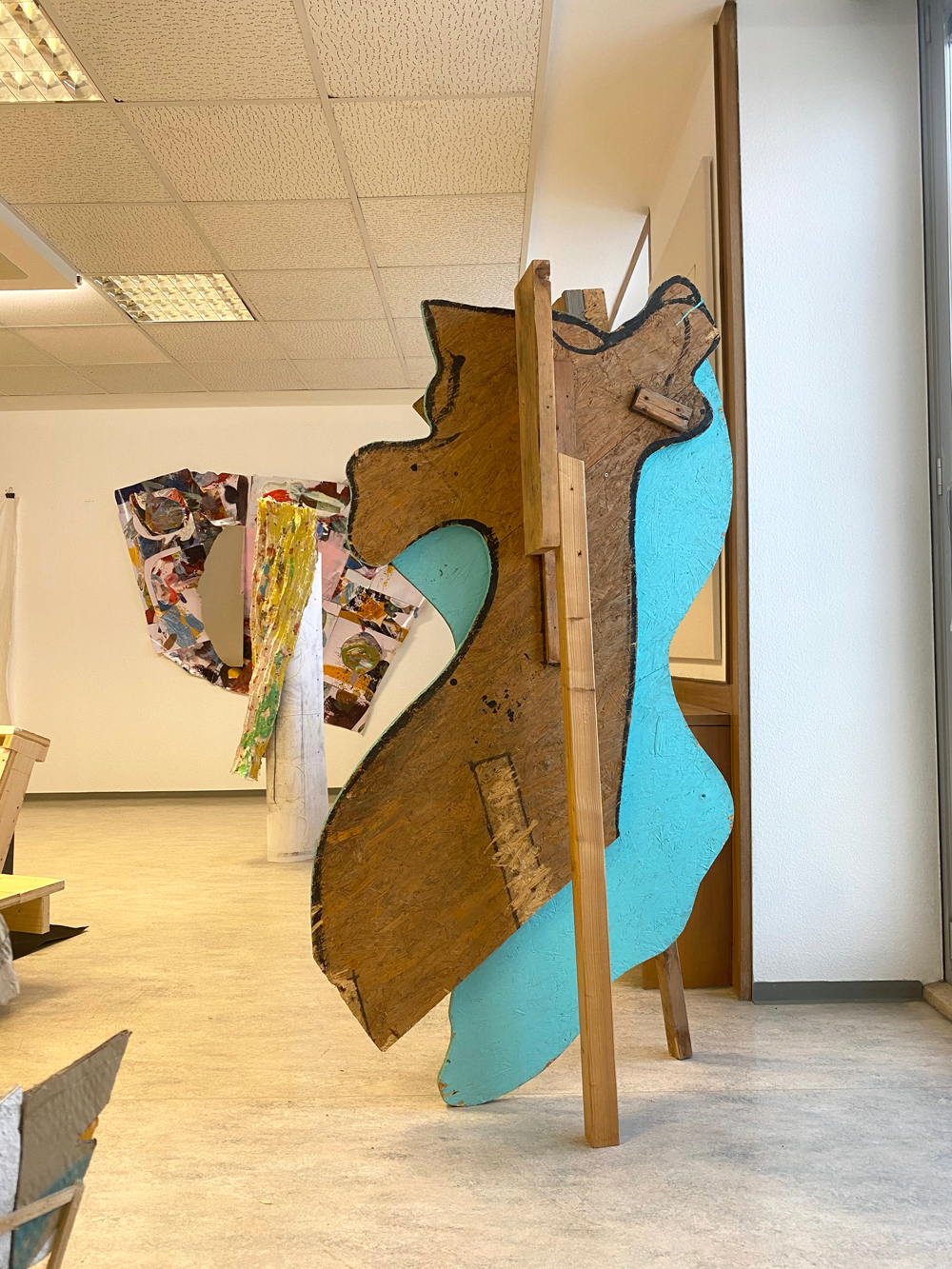 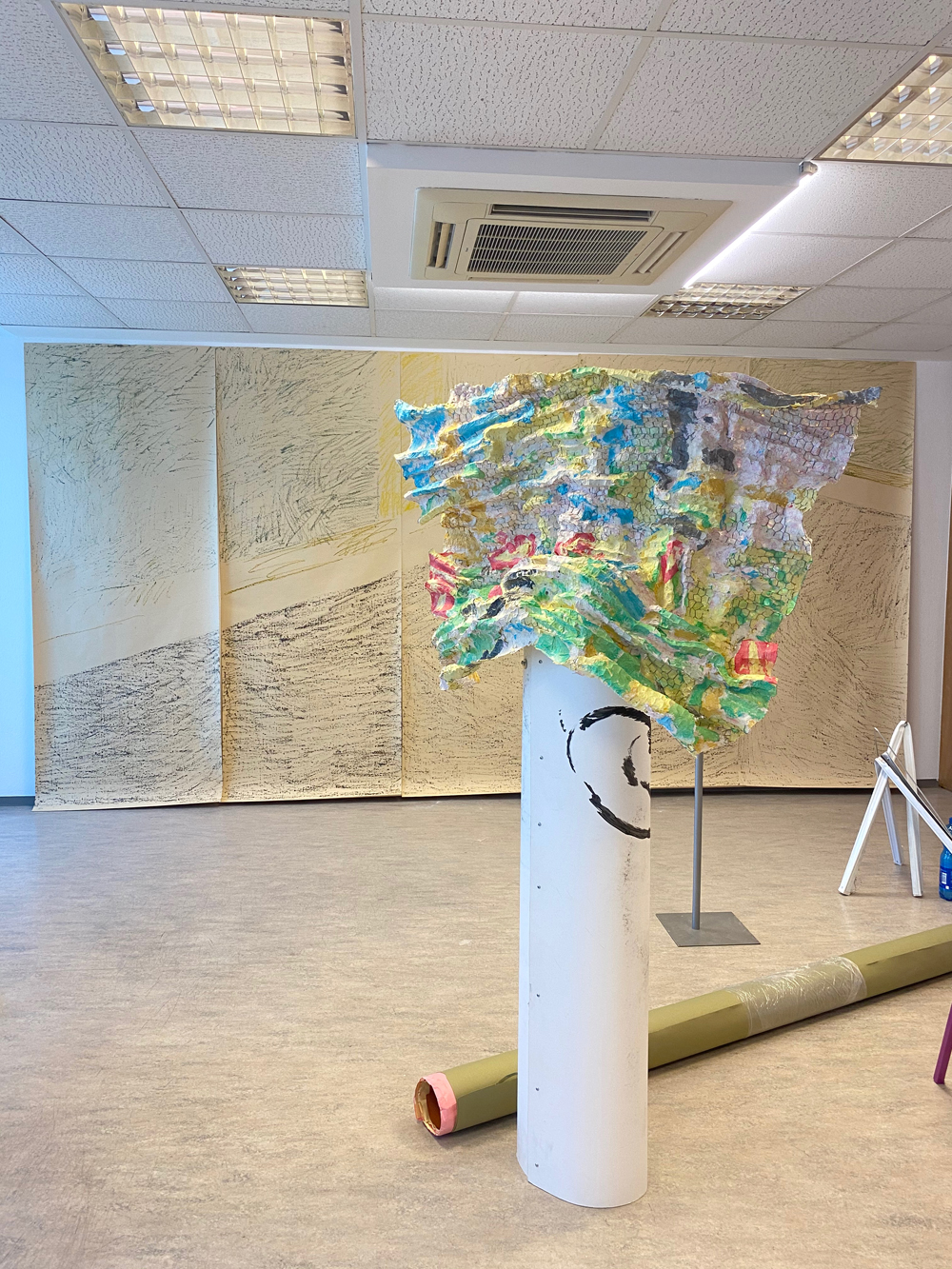 While the work of Abdul Sharif Baruwa takes many forms, it is a mistake to read it simply as a series of formal elements. Ultimately, we are being invited into a very
personal and beautifully complex world.
Sharif’s forms emerge through intuitive processes of drawing as analysis and synthesis. This comes out of an urgent need for personal authenticity, whether relating to
found objects, nature or his own production — an authenticity that the artist never takes for granted, even within the activity of occupying his own personal space.
Those formal elements, which we can somehow recognize from one piece to the next, build upon each other, a seriality of process bringing resolution to foreign aspects
of objects and spaces that have captured his attention. The works reflect the activity of looking at an object and function as a mediation for taking that object into the
intimate sphere of a personal life. A found branch of a tree becomes a series of drawings until the form is memorized, meanwhile Sharif imagines what it is like to lie in
that tree, to be held by a tree, and it is not entirely clear anymore if the branch itself is the subject. A duvet becomes a surface for physical meditation, and perhaps an even
further investigation as the artist sleeps wrapped up in the expanded network of connectivity of thoughts, feelings and actions.
Text: Francis Ruyter
‚Hello Austria, Hello Vienna’ is the title of a tv show in the nineties. I used to watch it with my mother and my brother on Sundays. Broadcast in English, featuring cultural
highlights and historical information about the city of Vienna, and Austria in general.
The title came up with the recent deportation of kids who were born, raised, and socialized in Austria. Like saying, Hello Austria, Hello Vienna what‘s going on here. The
fierce uncompromised execution of order exactly on the Holocaust Remembrance Day shook the country…
I remember my grandmother’s stories about growing up in South Tyrol as it became a part of Italy after World War 1, and under the fascist regime found itself in a rigorous
Italianization-Project. People had the option whether to leave the country or to renounce Austrian culture, German language, swear by the Duce, and submit to the Fascist Regime.
(Abdul Sharif Baruwa)
Tags Abdul Sharif Baruwa, Lazy exhibitions, Neuer Wiener Kunstverein, Vienna
Newer Post Older Post Home