Marley Freeman: Never Give a Sword to a Man Who Can’t Dance 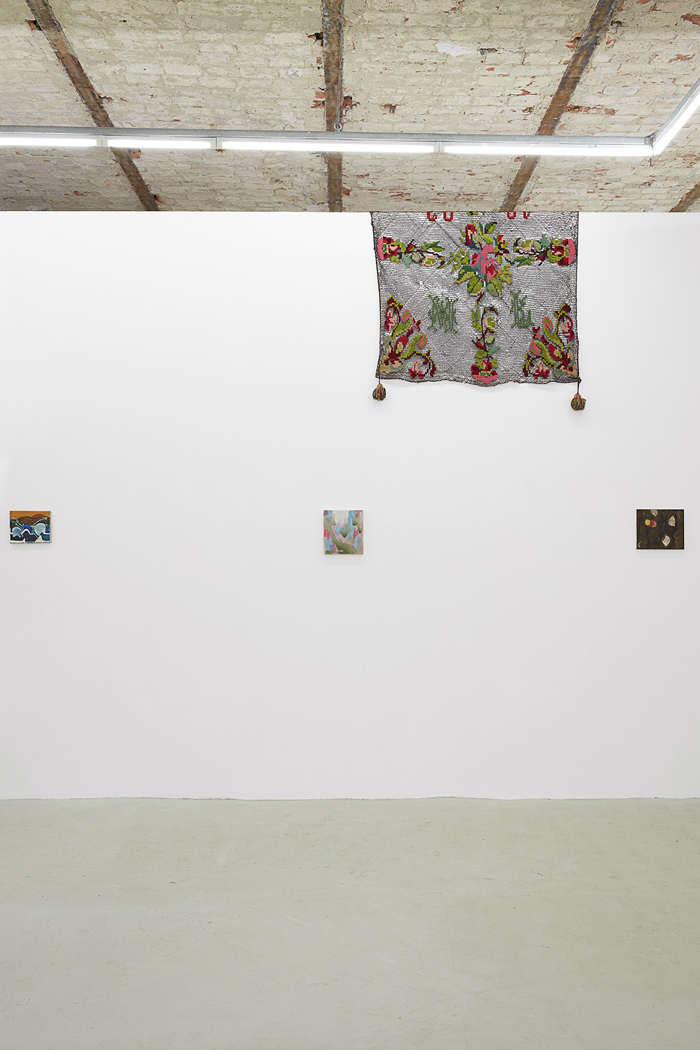 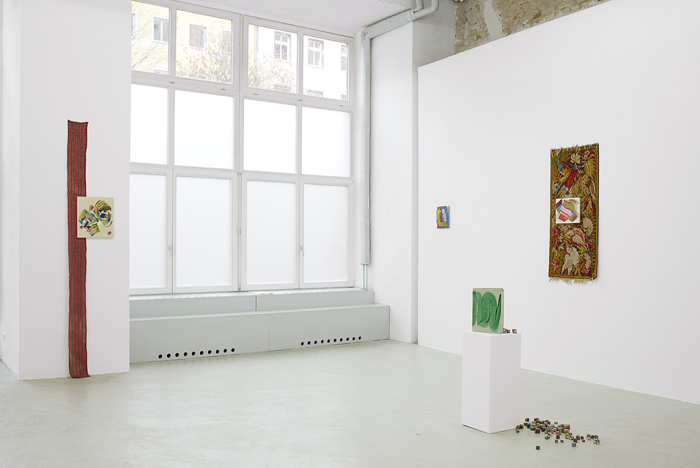 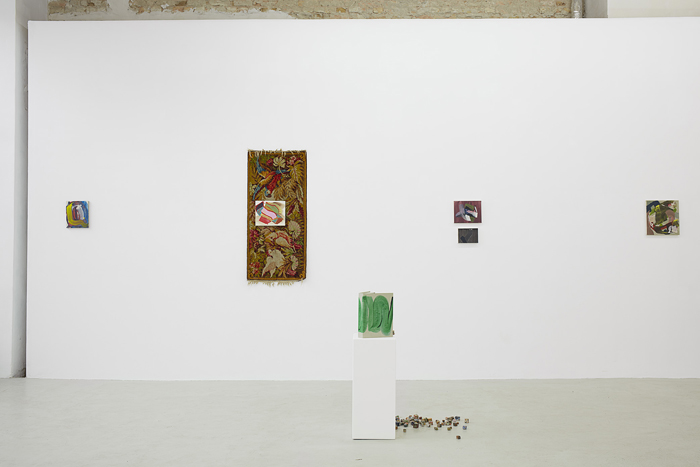 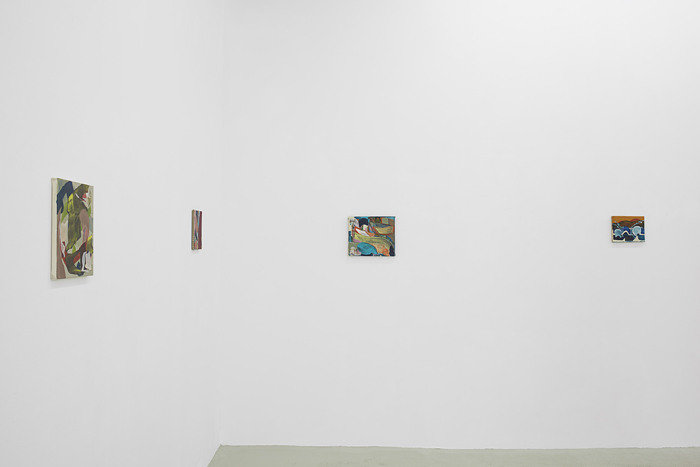 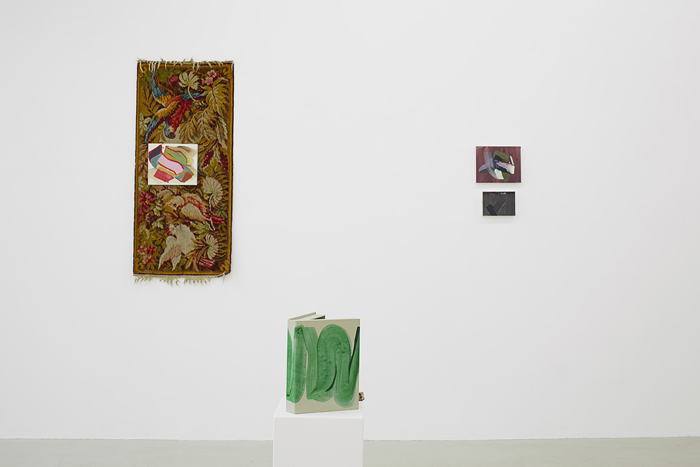 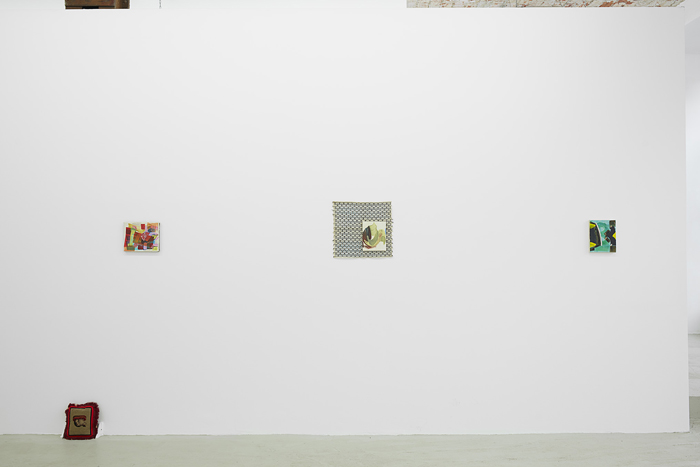 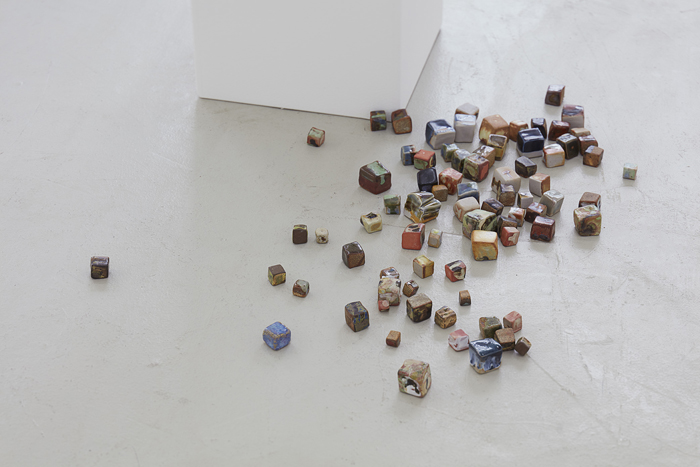 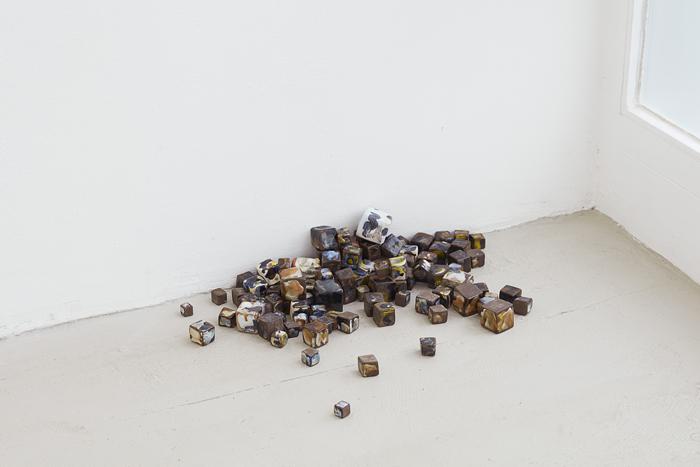 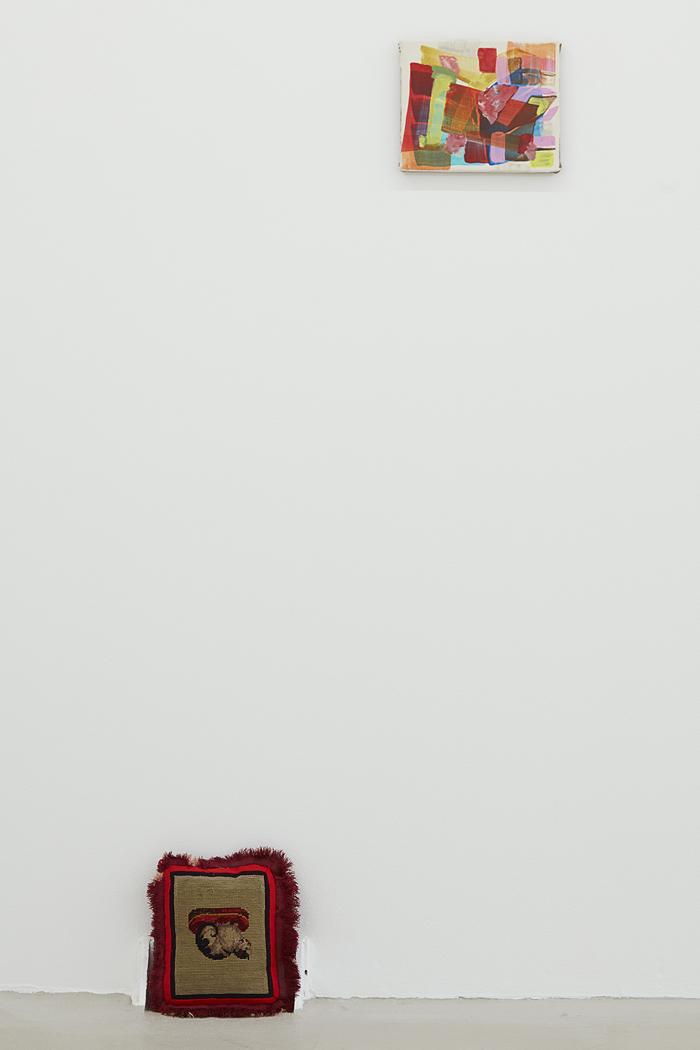 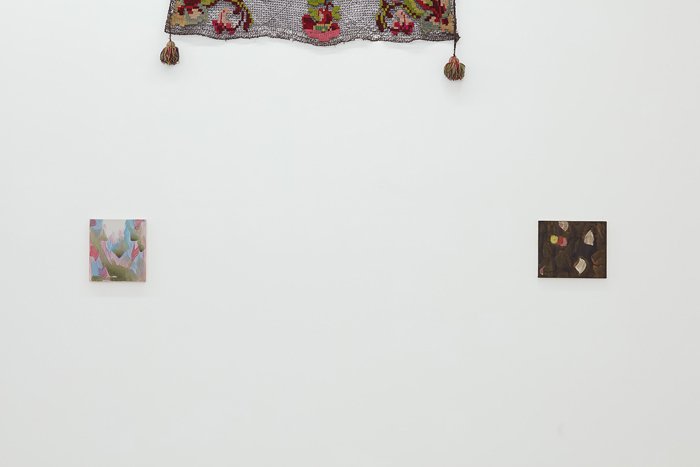 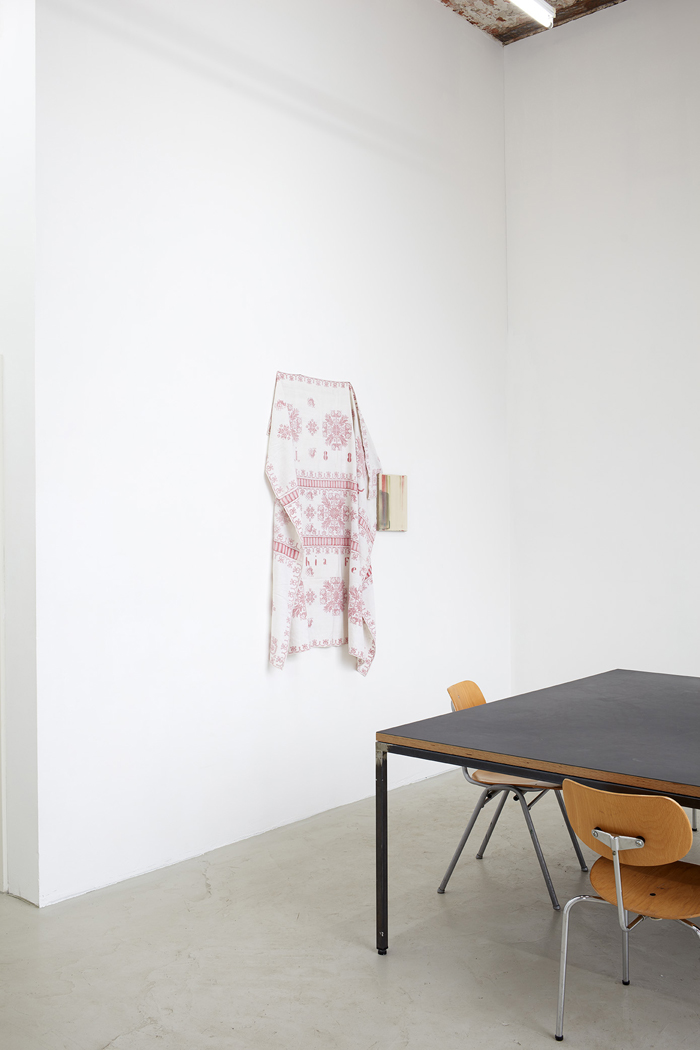 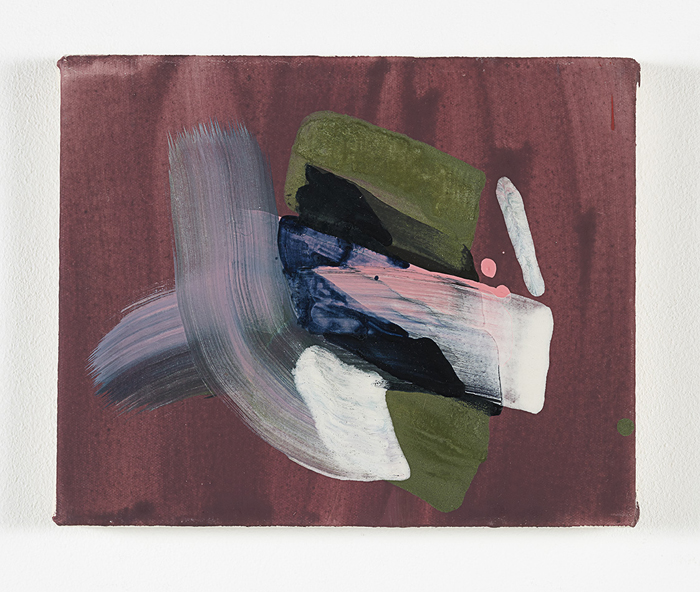 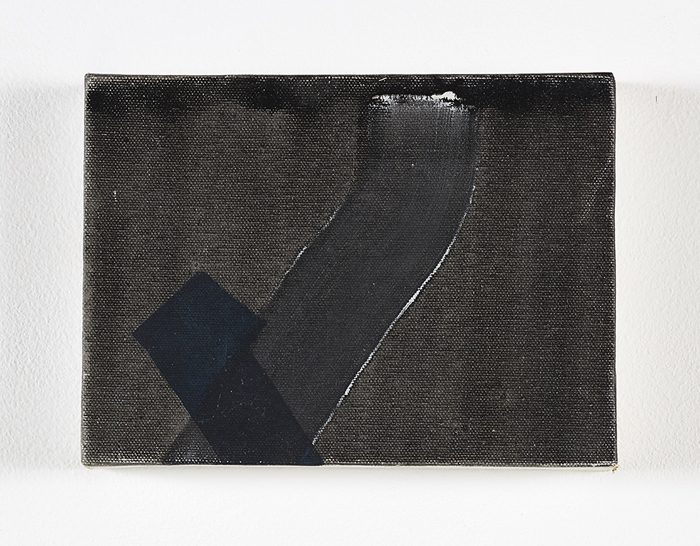 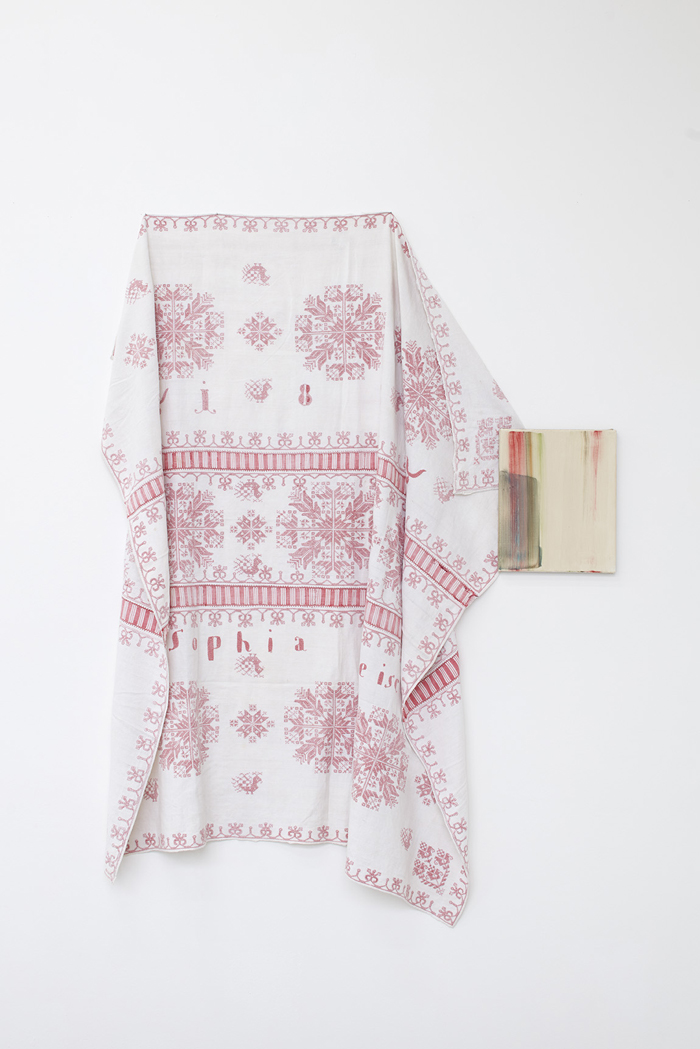 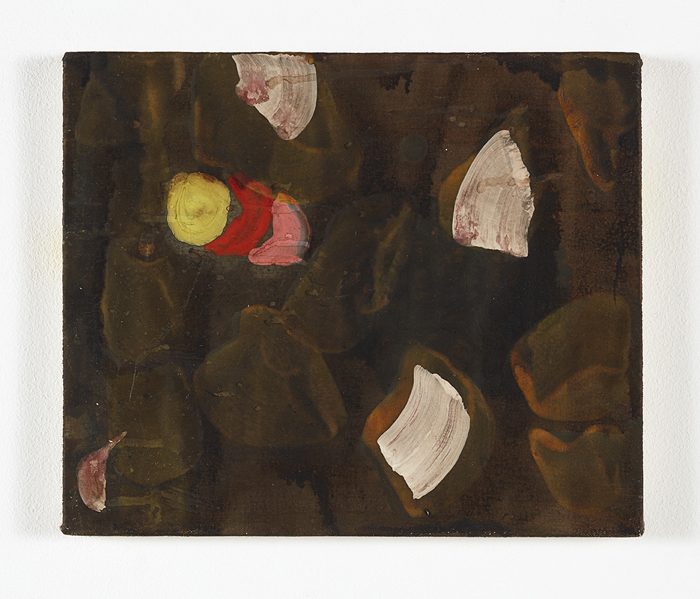 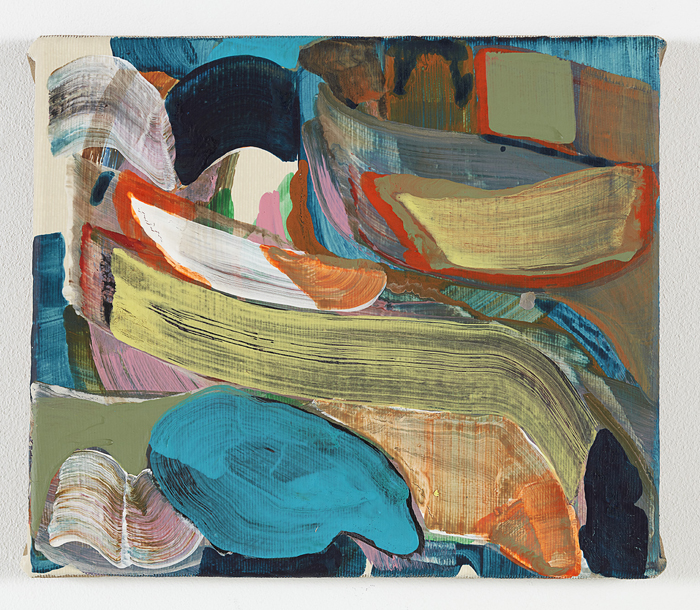 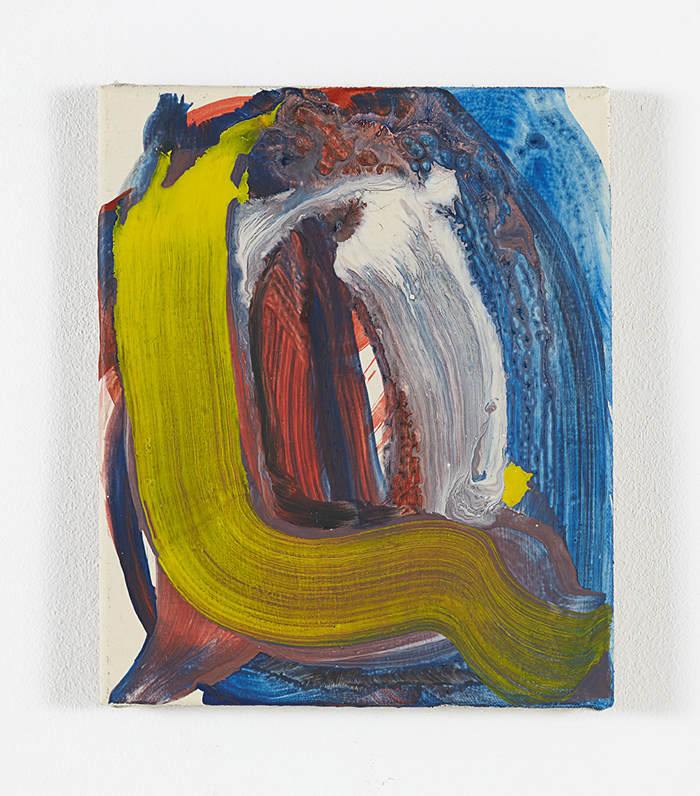 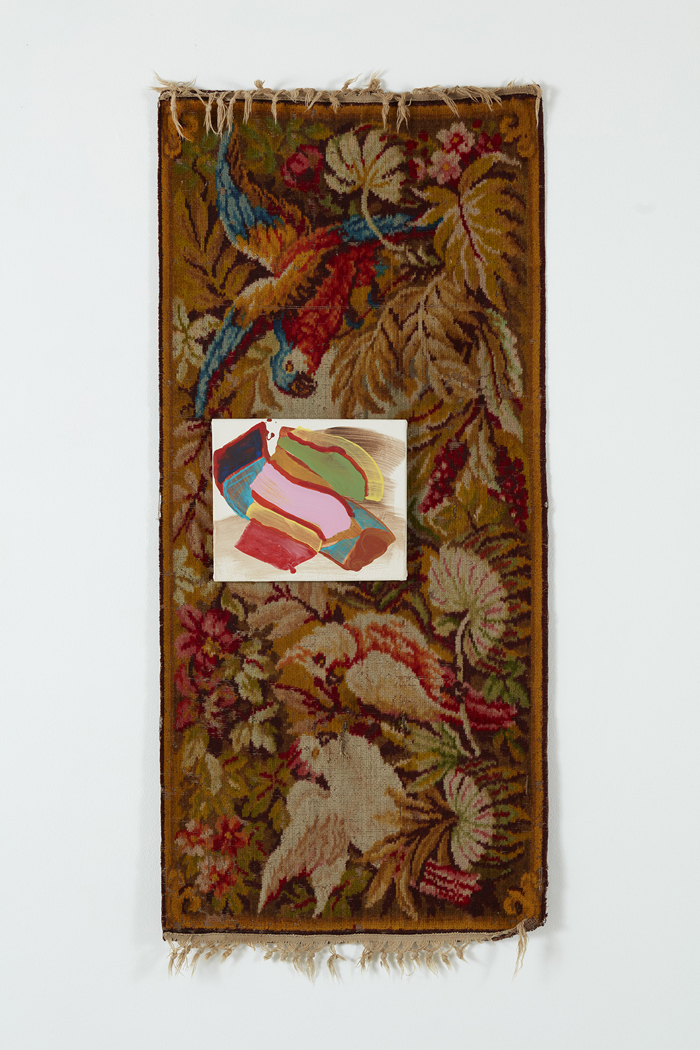 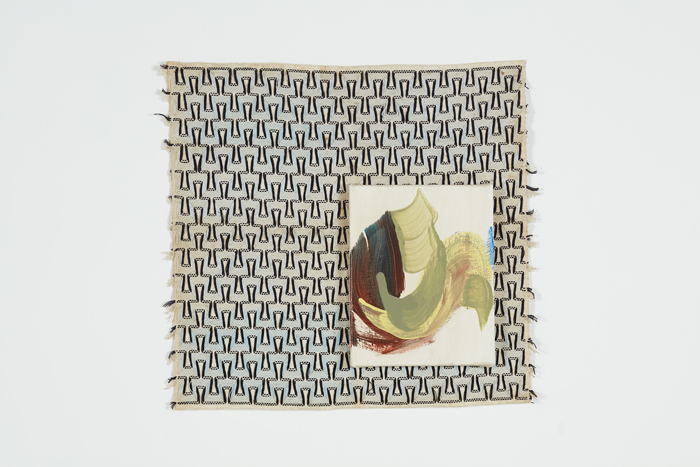 All installation views at PSM, Berlin 2017


All images by Nick Ash

Marley Freeman is showing a group of paintings and objects  that  speak  to  each  other  in  curious  and playfully awkward tones, with velvet textures, running pools, bouncing shags, and aging crackles. There is a lot of wet-on-wet, borderless-ness, and sliding around. In her studio, she mixes a group of colors, a small vocabulary of a dozen or so cups of runny acrylic, and then slowly builds an architecture of transparent pathways, openings, and stairs.The paintings are created gradually out of wide, calligraphic strokes. More colors show up from mixing on the canvas, or mixed mid-stream because they seem to be missing. Some colors are characters that appear frequently in the painting process, others speak once and then leave.

Freeman incorporates textiles arranged to coexist with her paintings and ceramics, their visual mutuality clear. They are mostly old fabrics, with meaning added to their physicality from use, atmosphere, neglect, sunlight, and age. The technical skill and social histories embodied in the fabrics are displaced by time and have lost much of their legible signification relating to class, labor, context, or money, at least to a layperson like myself. They feel personal and used, but also exposed and slightly blank. Freeman does not prescribe content to this open, mostly illegible space.  Rather, it’s presented as just that:  space and an historical question mark.

I fantasize about the political identity of these paintings, this practice, and all the objects and gestures that come into it.  There is an arrow pointing backwards, to mid-twentieth century gestural abstraction, but with none of the implied isolation or the cliché of grandiosity. Instead, I see a position in these paintings that slyly denounces vanguardism, preferring a feminist ethos of communitarian coexistence with its progenitors. The good manners of painting-as-game, or painting-as-steely-wall-against-interlopers, or as strategic conceptual résumé has been given only the slightest passing glance here.  There is a preference for openness and the curious problem of an irregular accumulation of incidents.  These are things that simply begin, stop, begin again, stop, begin again, and then occasionally conclude.

I saw Freeman give a presentation on her work about a year ago.  Painting after painting was projected onto the screen, and each time she would announce: “This one is about 12 inches by 17 inches,” or “This one is older, it’s a small painting,” or “This one I just made, it’s maybe 8 inches.”  Tension was building over the bluntness and lack of directive around the work. It continued and gained a slightly comedic rhythm. Finally, a professor raised his hand and carefully asked:
“Marley, do you feel like you know what your paintings are about?”
“No. As soon as I start to know I change it,” she replied.
—
Caitlin Keogh

Marley Freeman
(b.  1981) is a Brooklyn-based artist whose work can be considered a marginal type of abstraction born of a desire and pursuit of difference, which draws on a history with textiles. After working in the decorative arts in Southern California and New York, Marley went on to pursue painting, earning a BFA from the School of the Art Institute of Chicago and an MFA from Bard College’s Milton Avery School of the Arts.  Recent exhibitions include Whatever Moves Between Us also Moves the World in General, Murray Guy, NYC; A Summer Painting Show, PSM, Berlin; Cards for Porcino at Chert/Porcino, Berlin, organized  by  David  Horvitz; Onion  by  the  Ocean, Underdonk Brooklyn,  NYC; Syntagma, curated  by Natasha Lorens, the New School, NYC; 247365, NYC; and Kansas Gallery, NYC
Tags Berlin, Lazy exhibitions, Marley Freeman, PSM
Newer Post Older Post Home