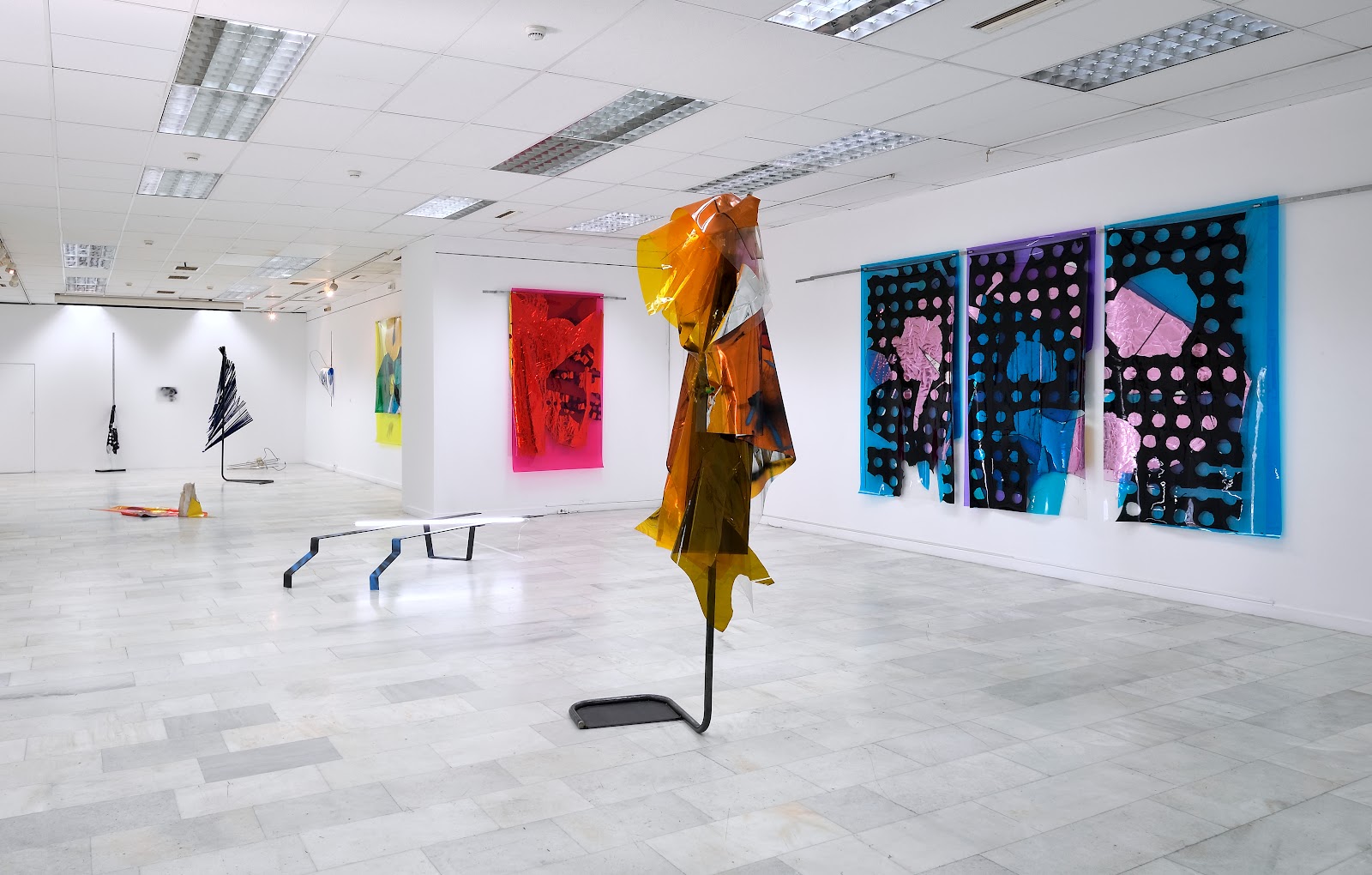 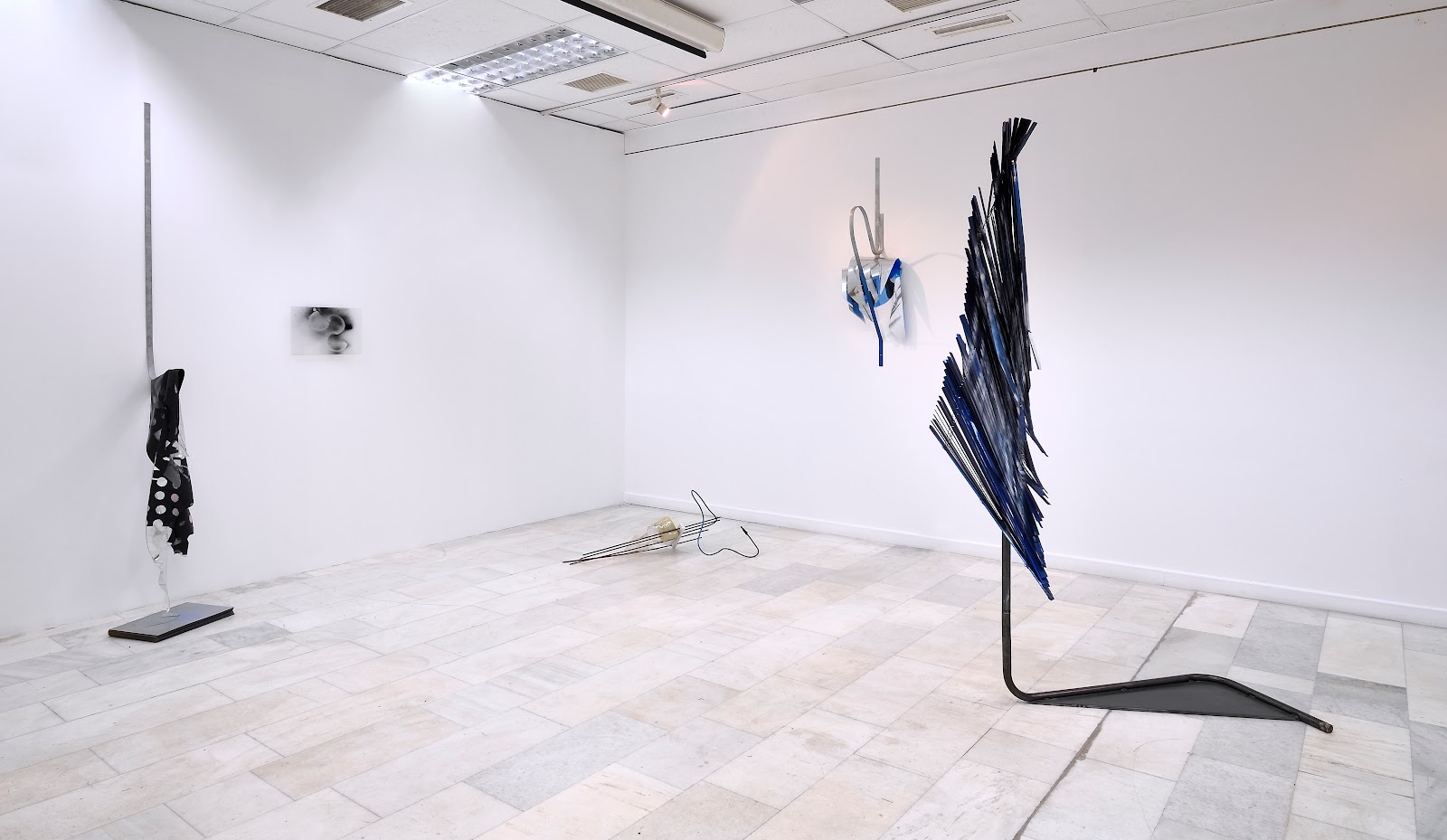 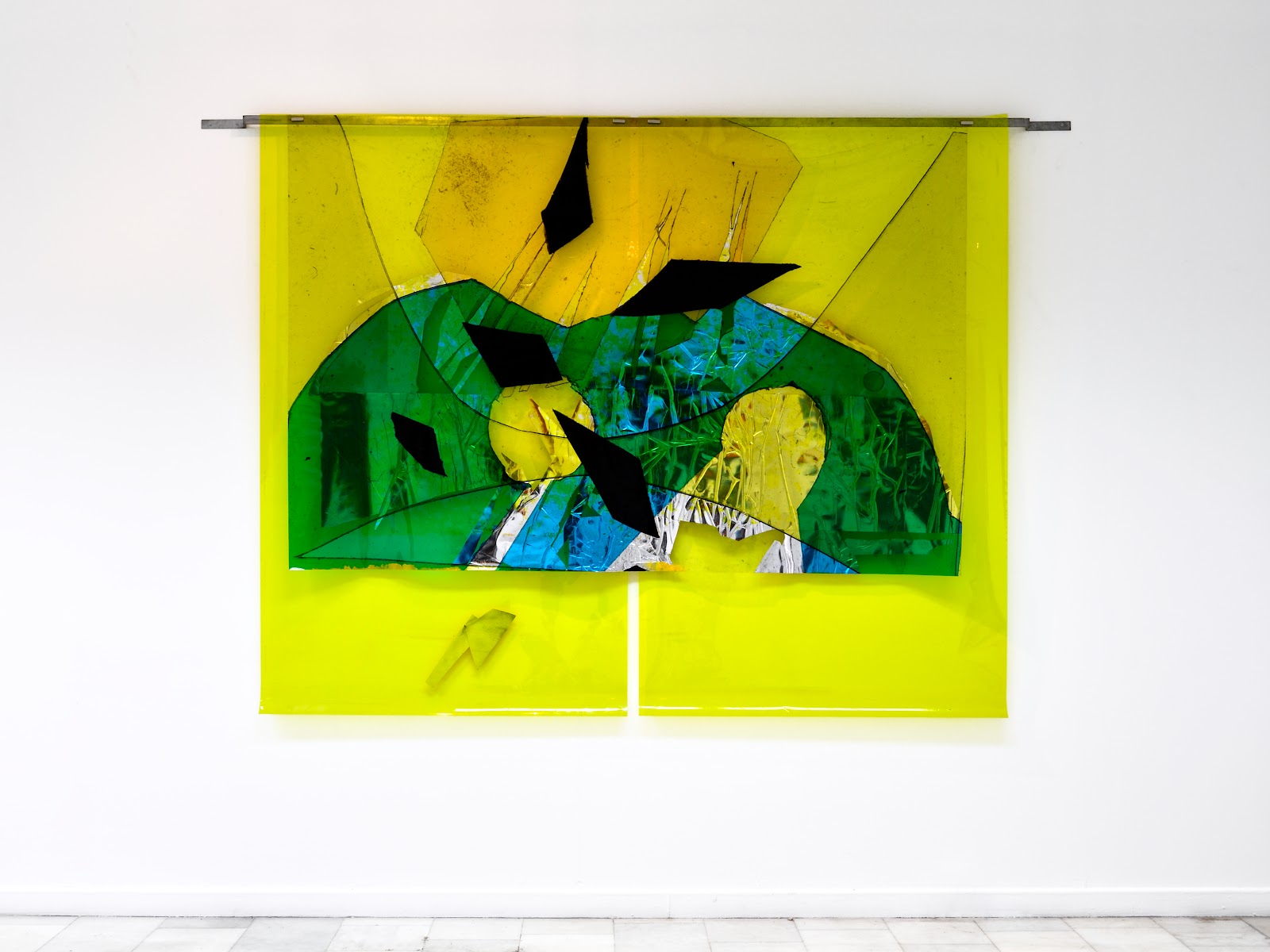 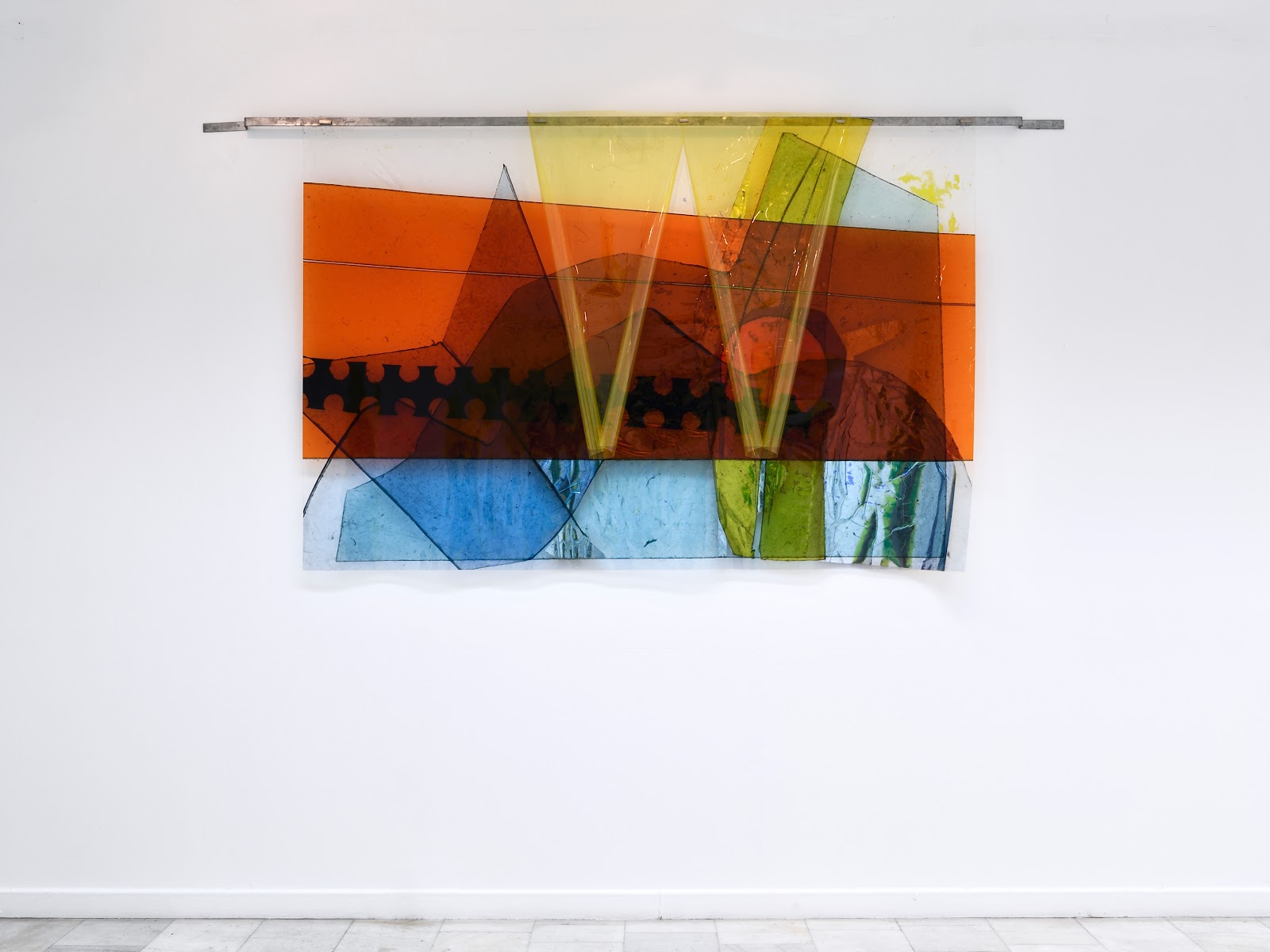 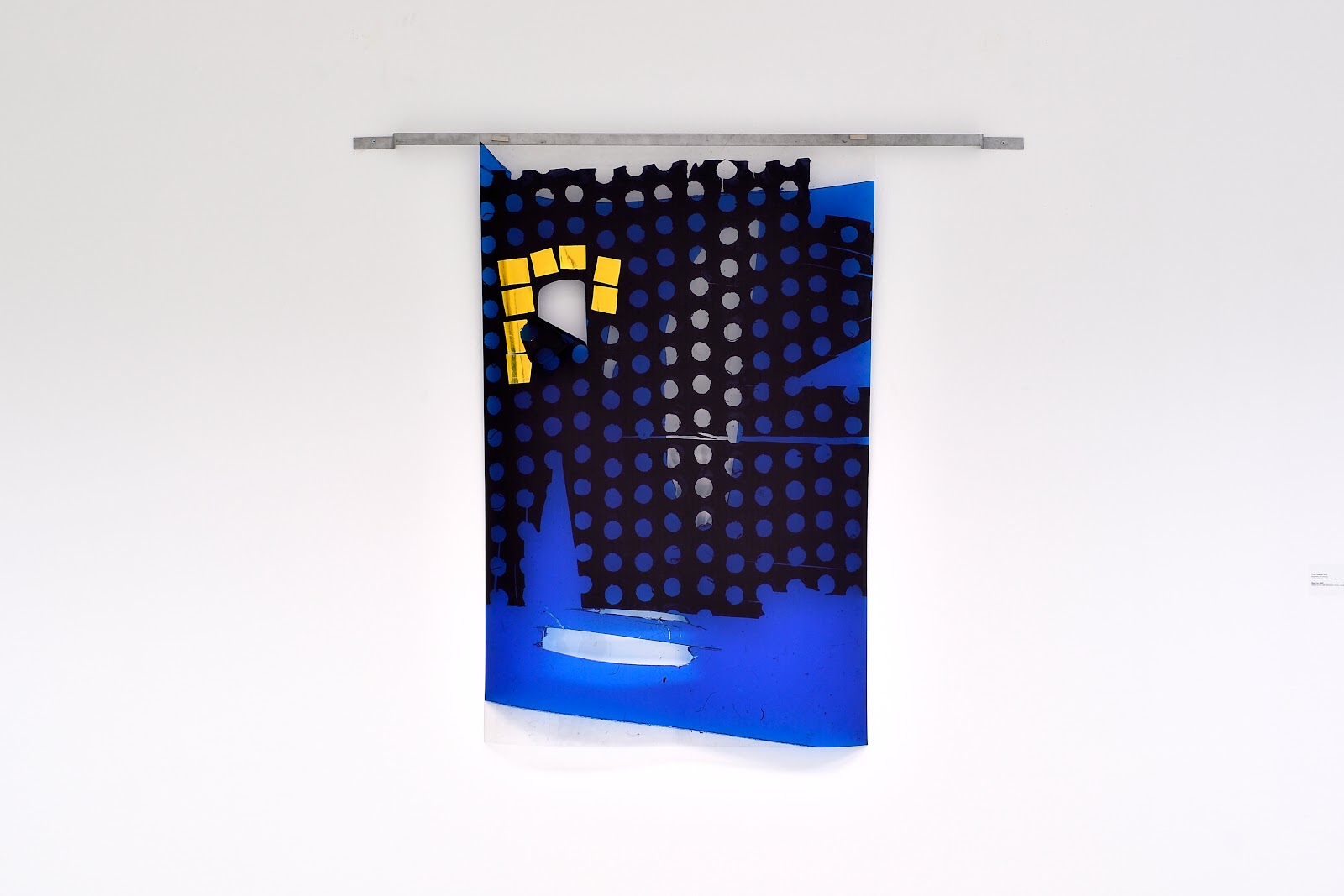 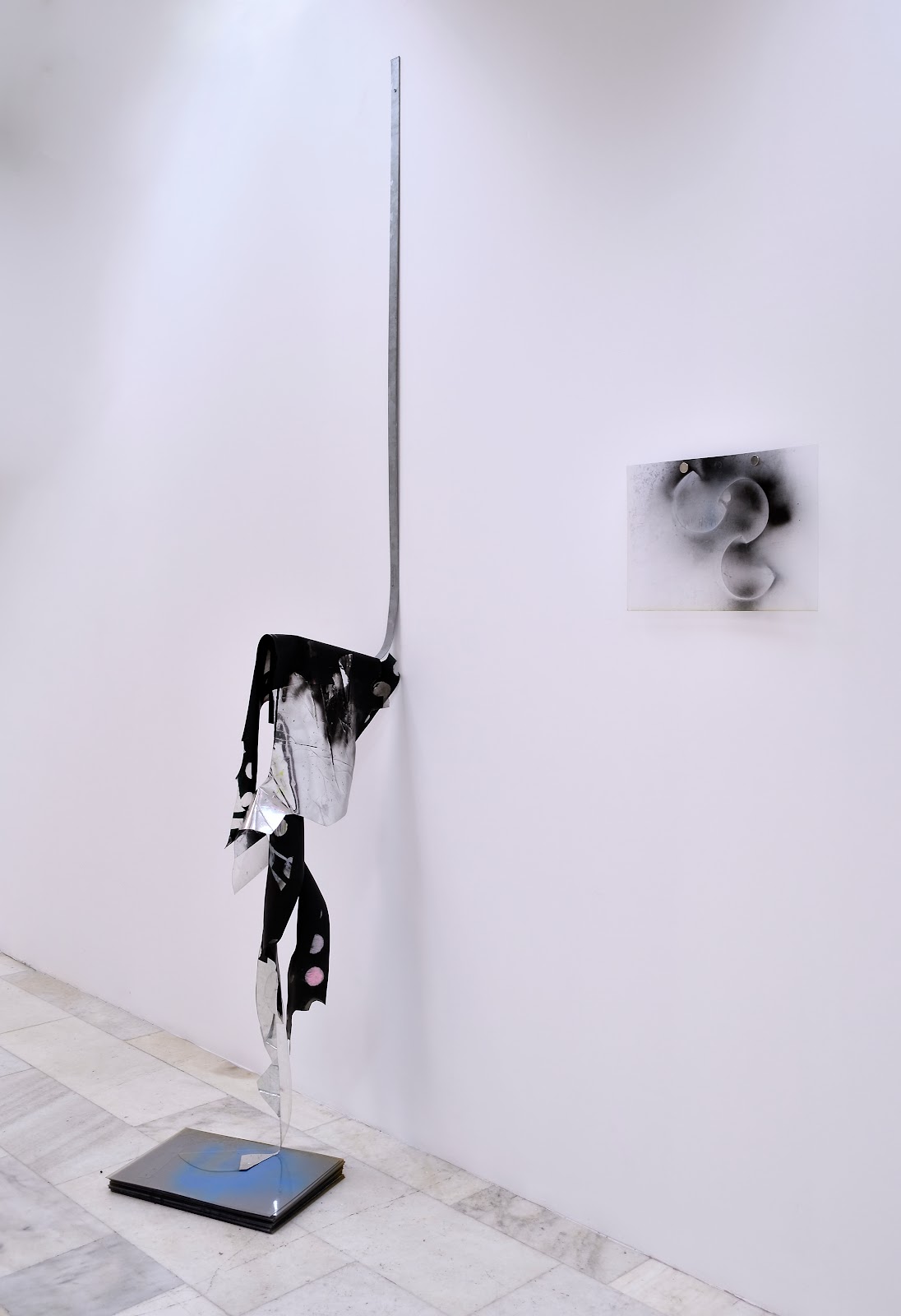 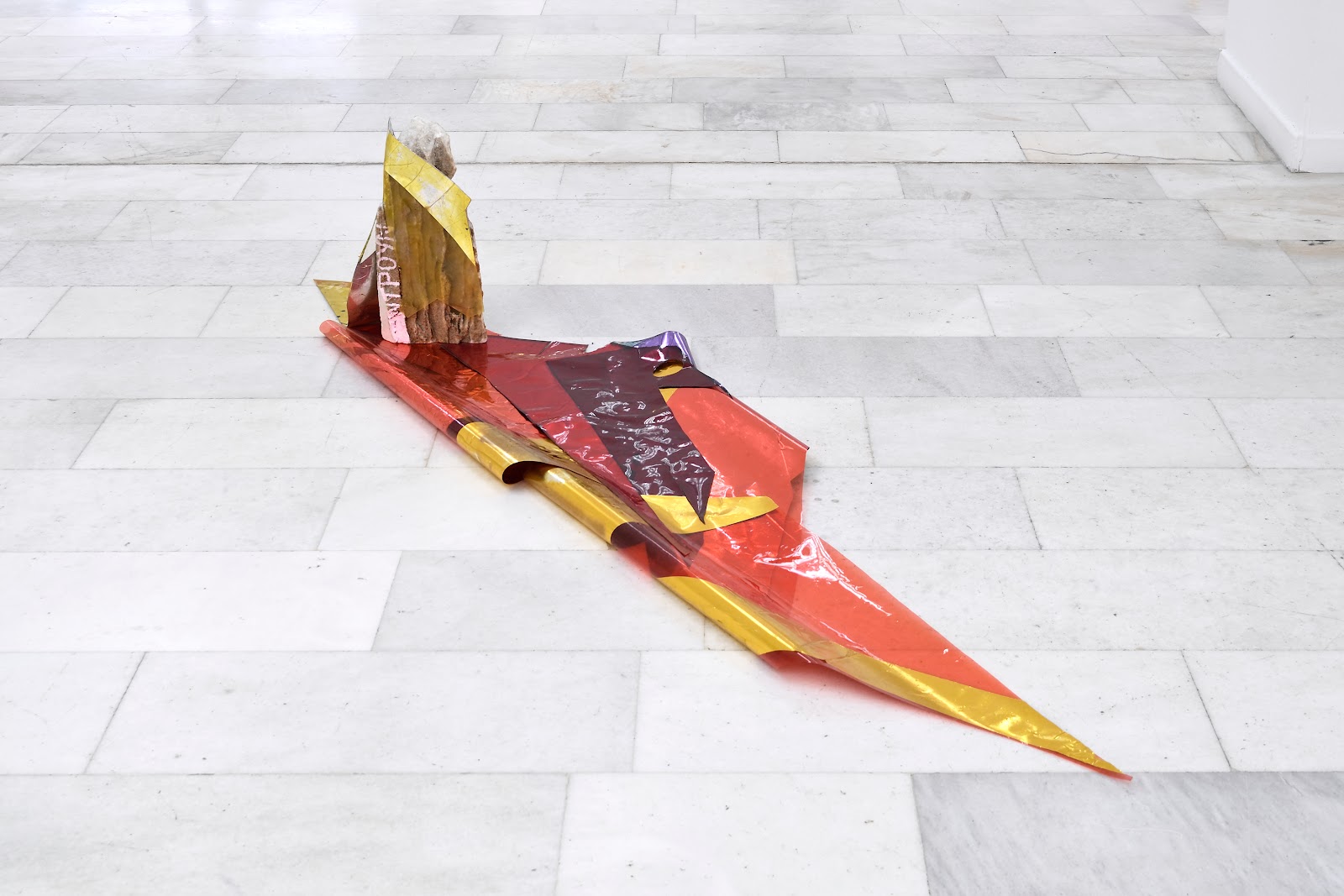 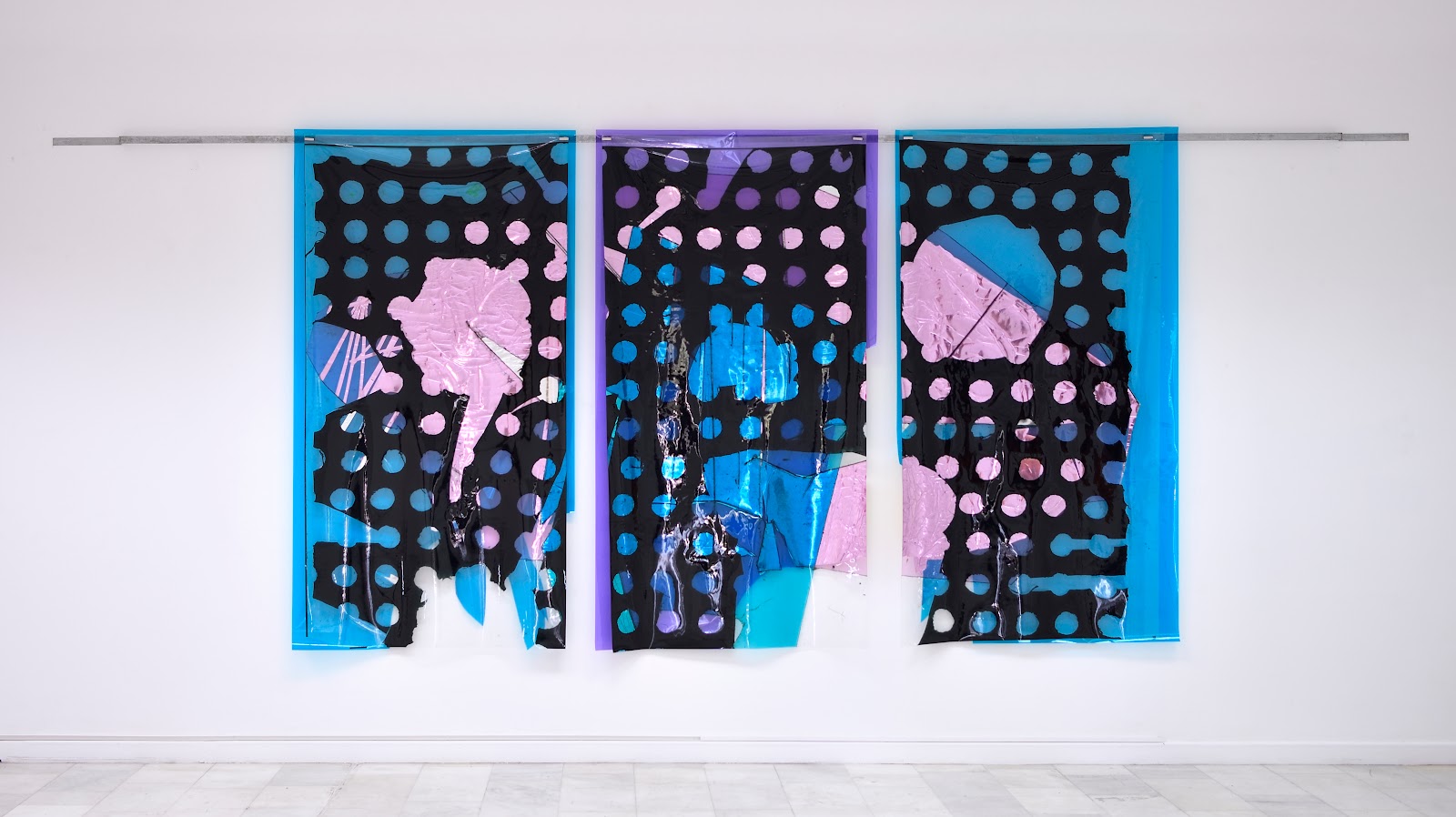 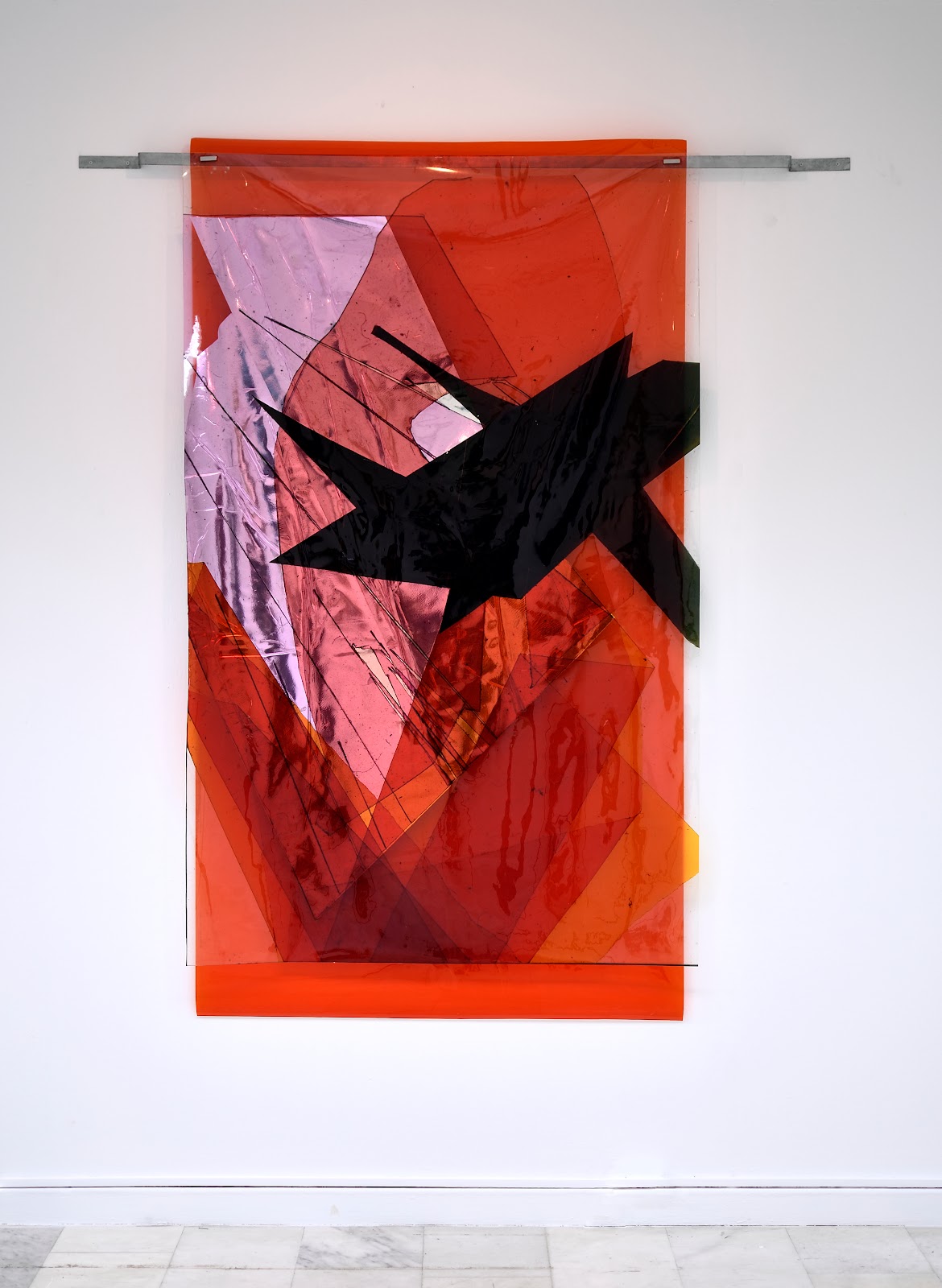 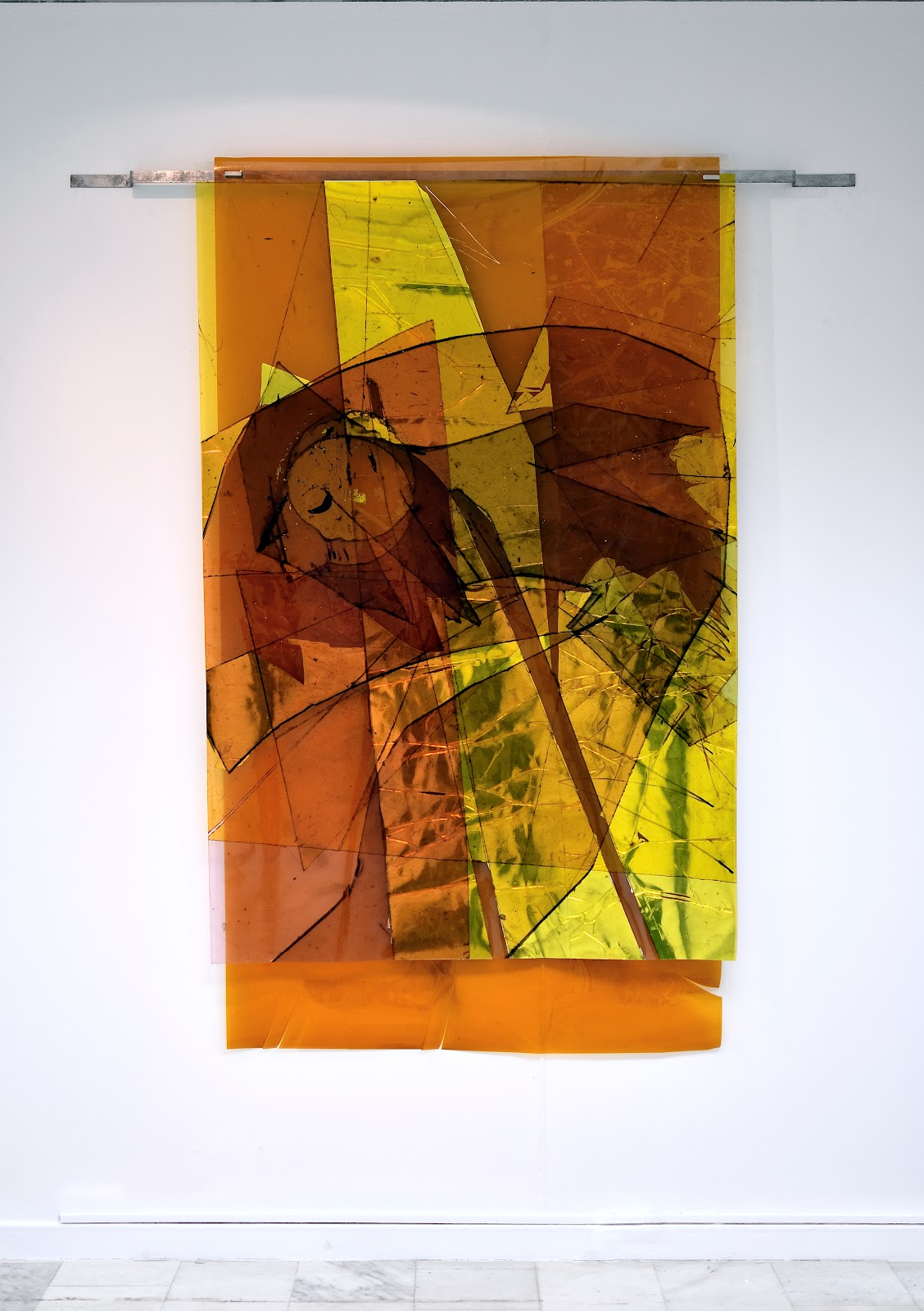 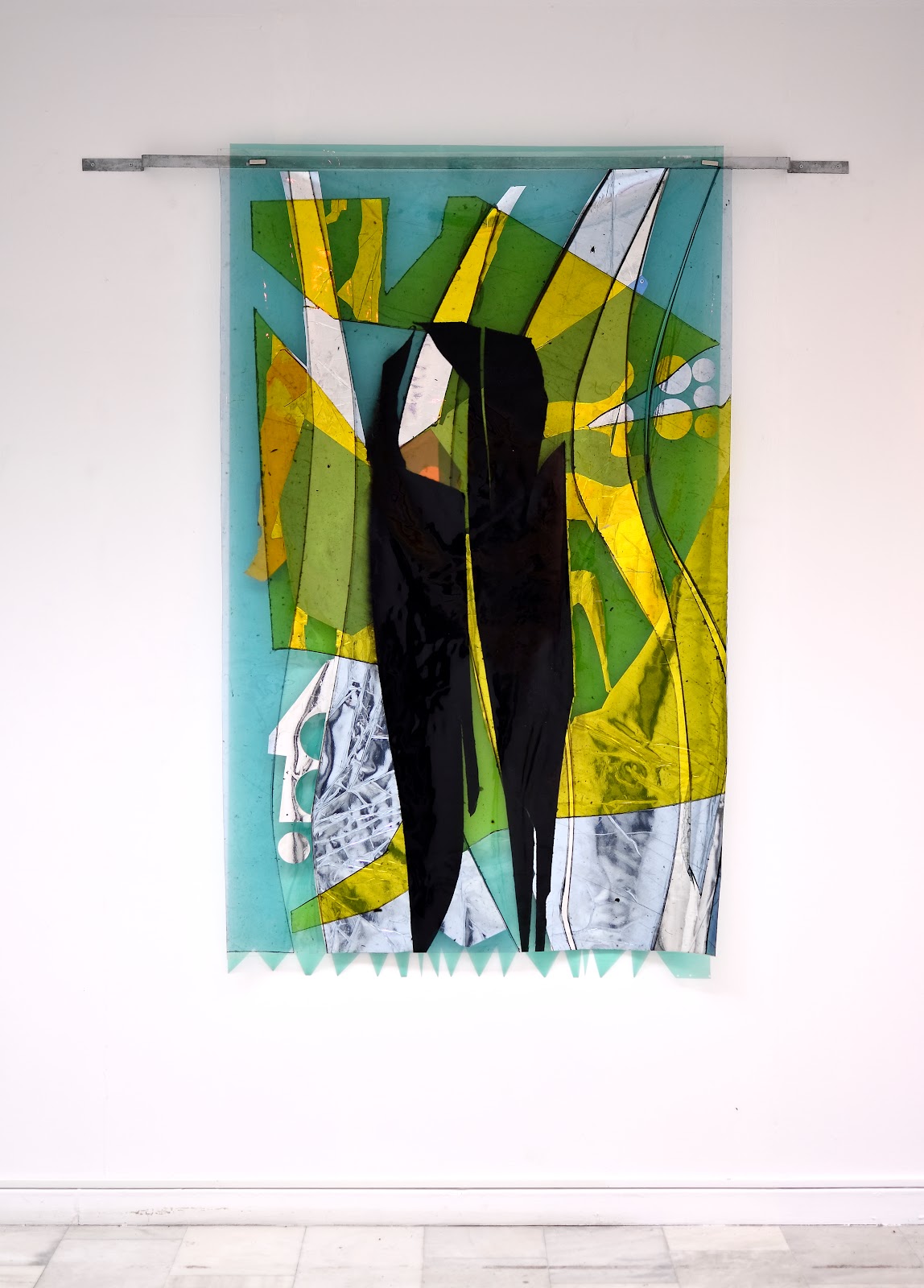 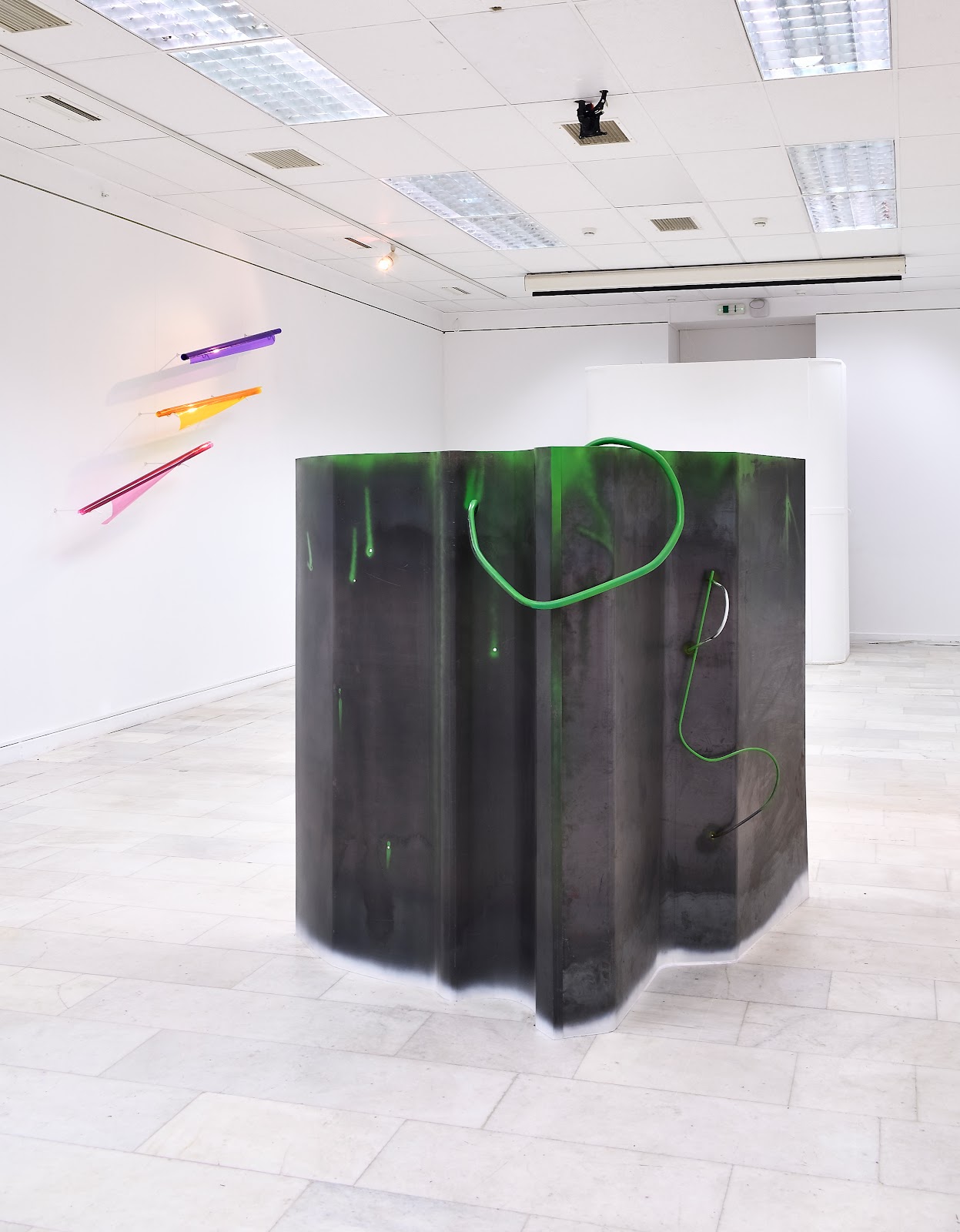 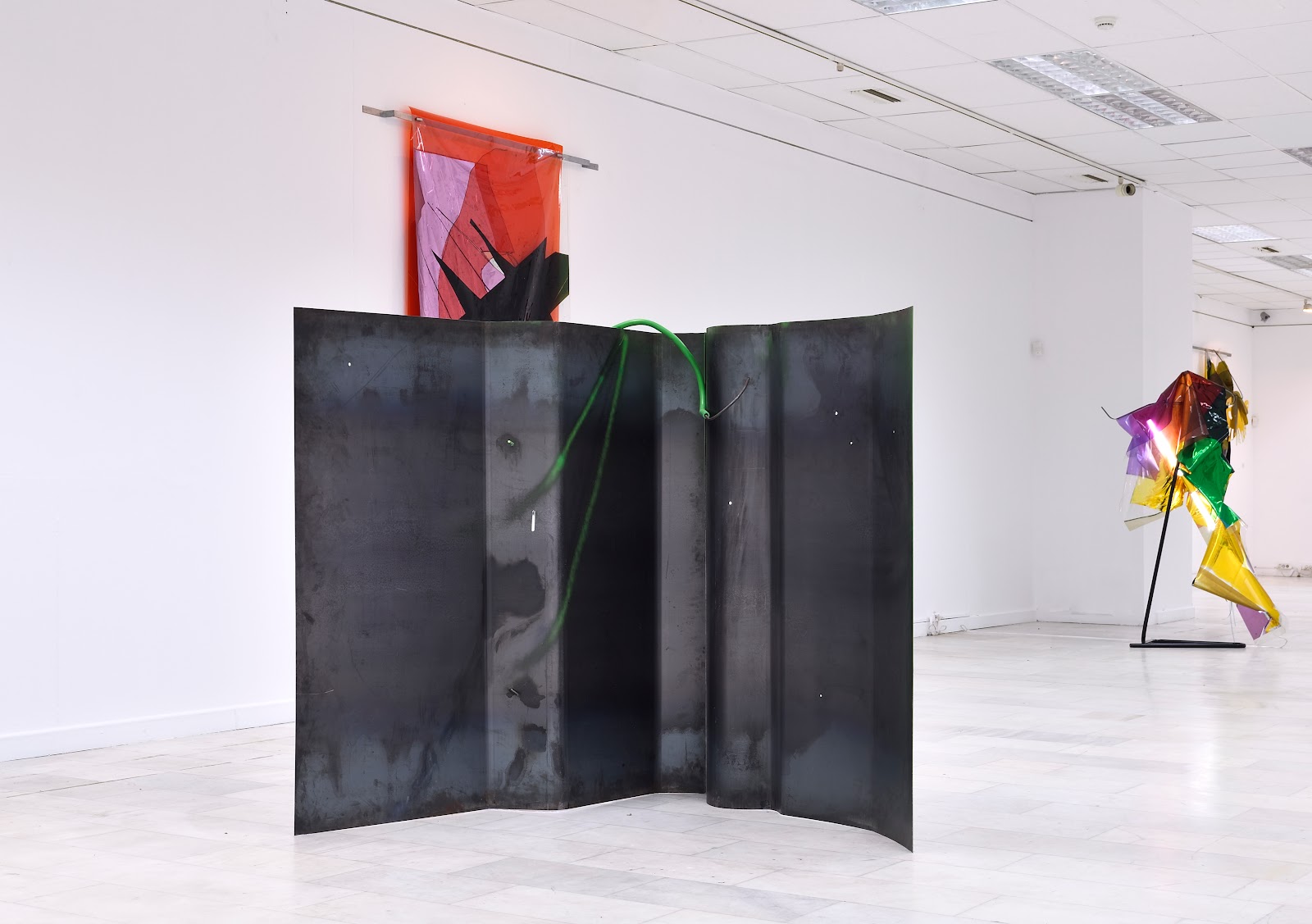 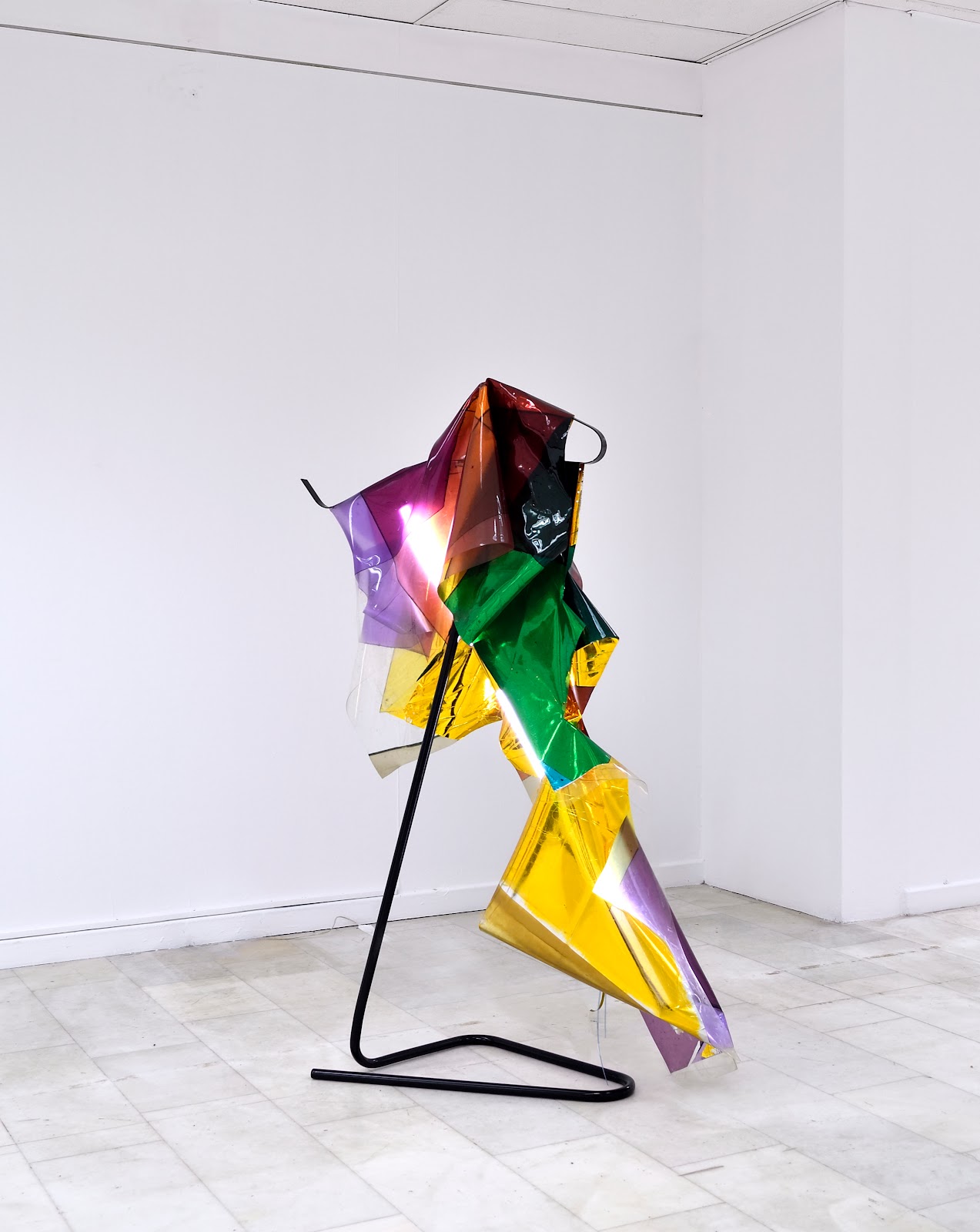 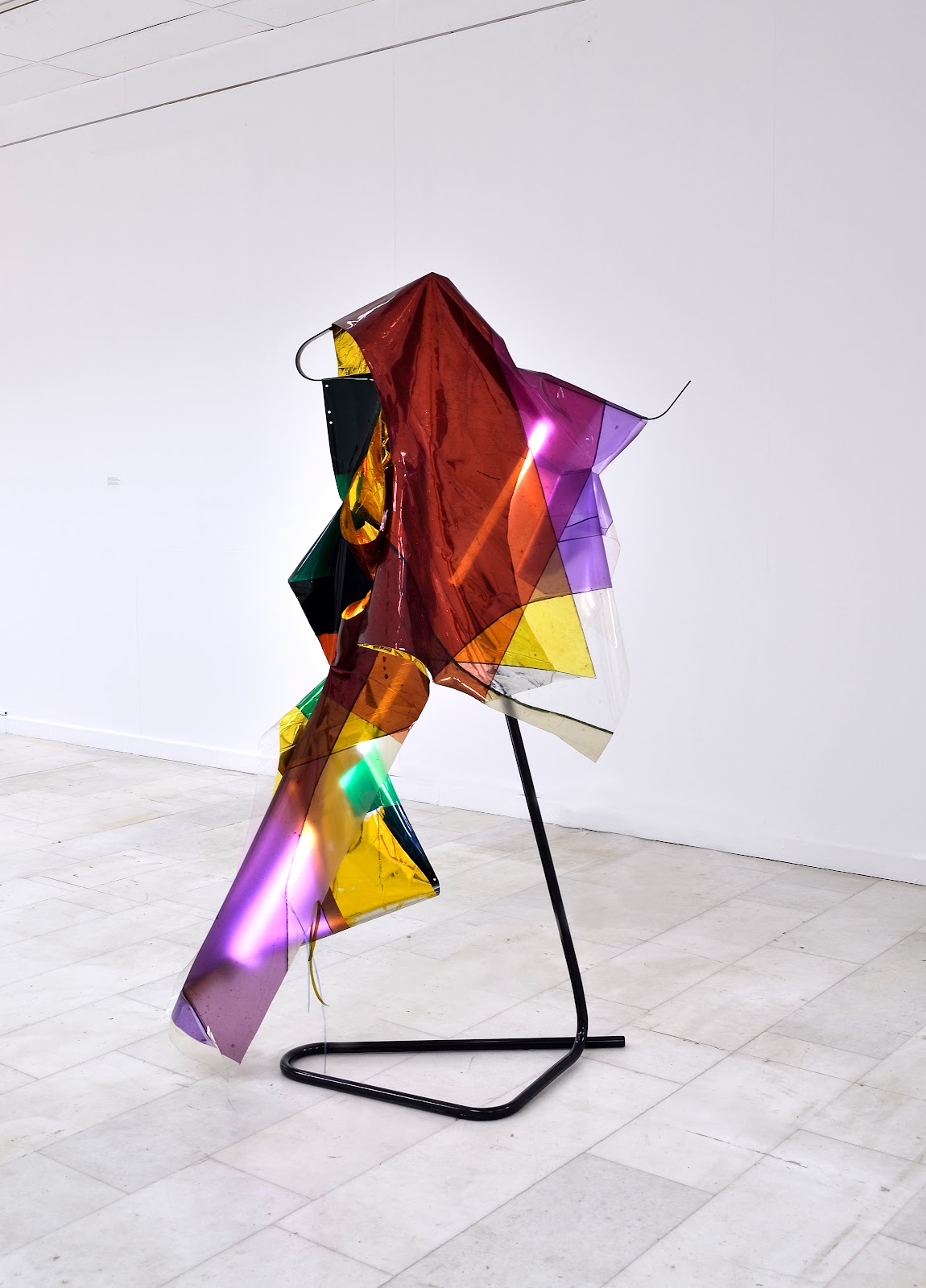 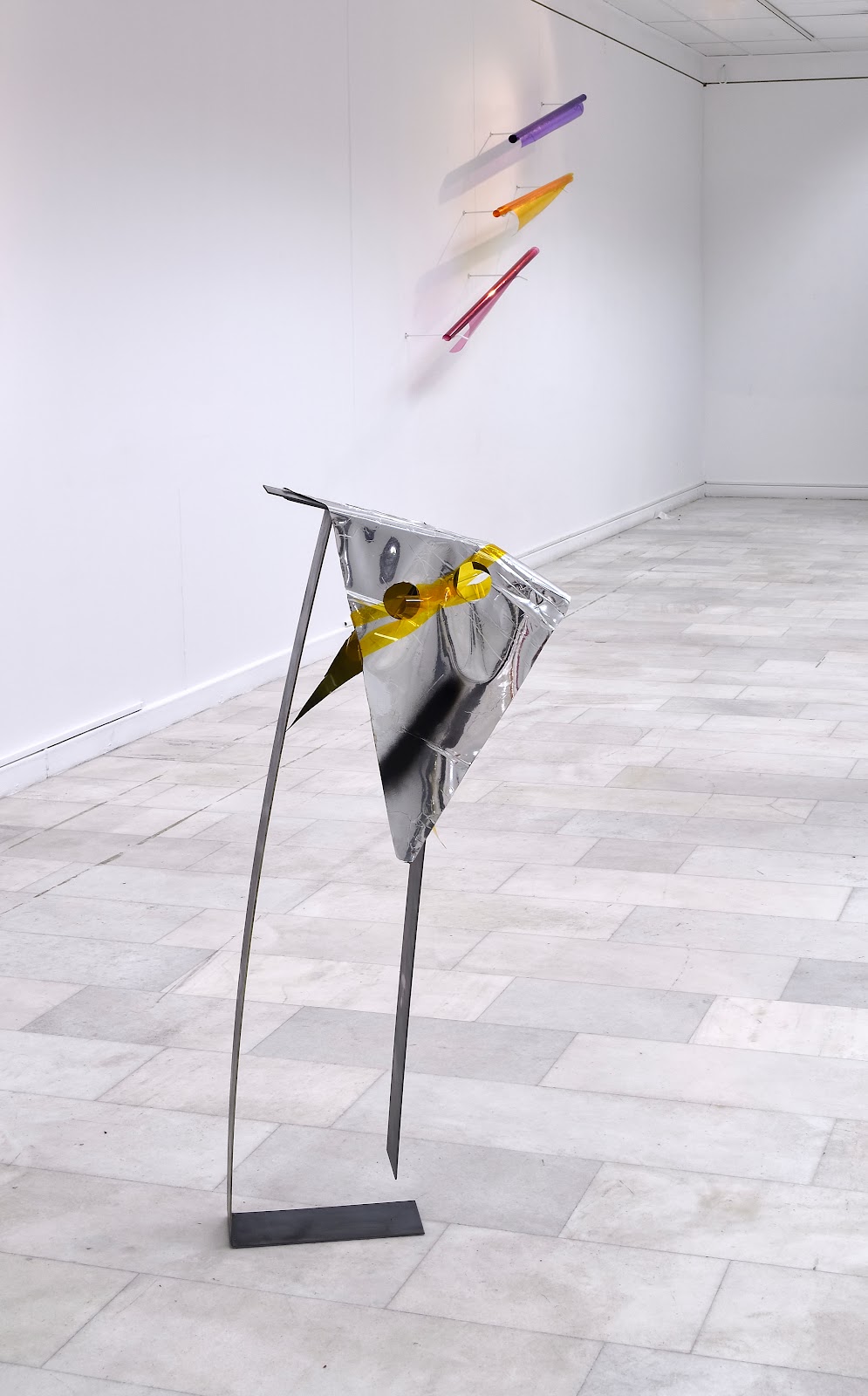 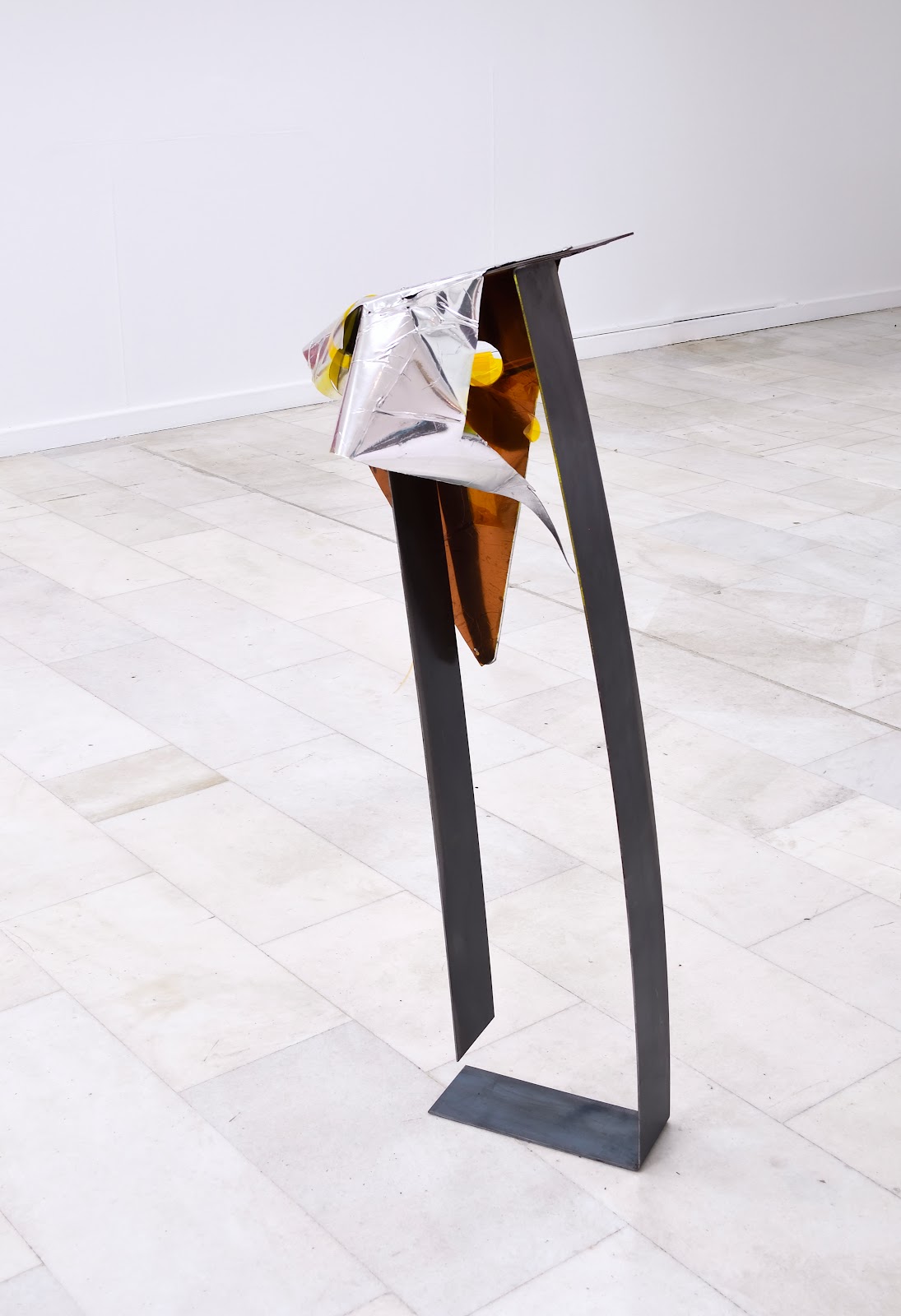 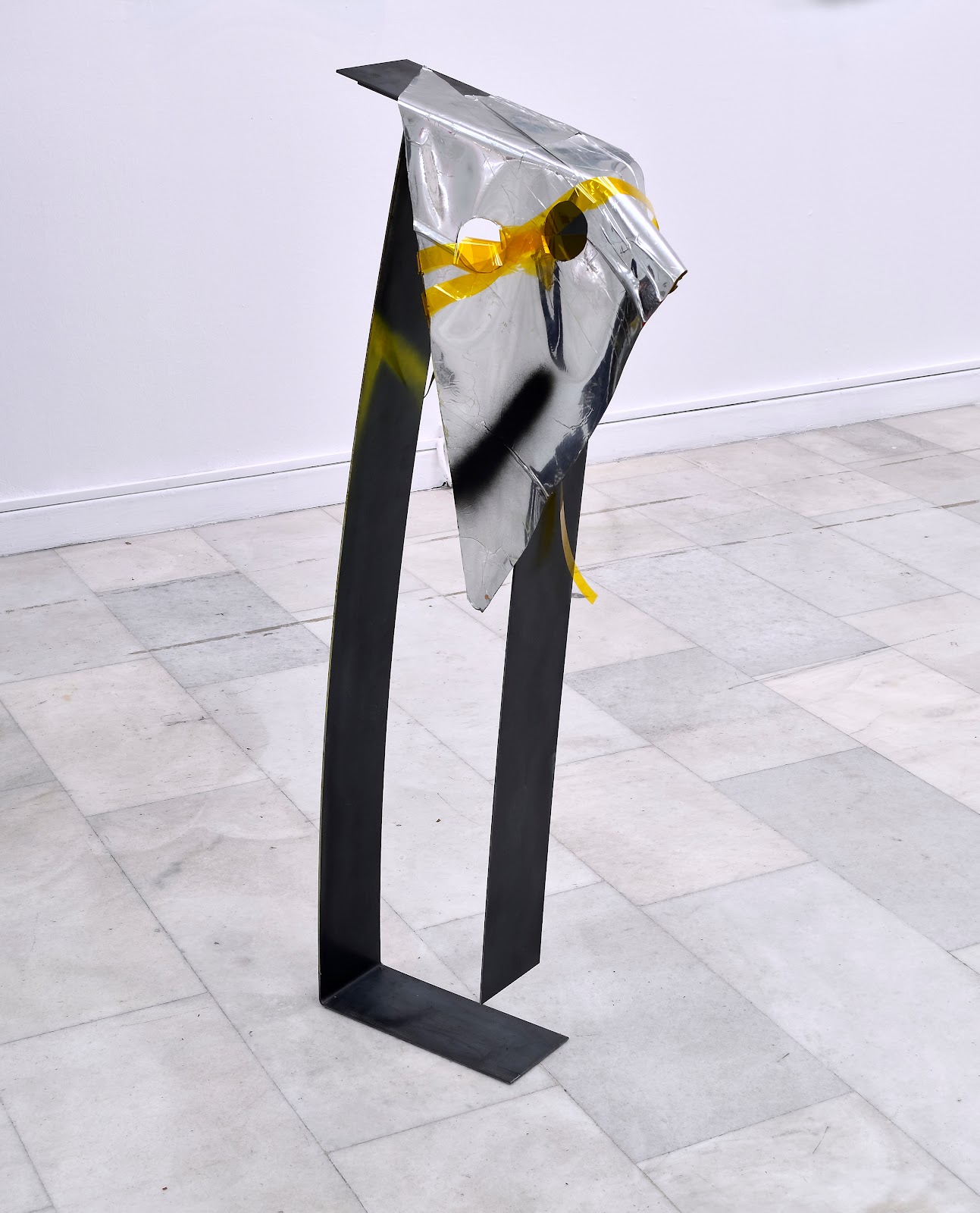 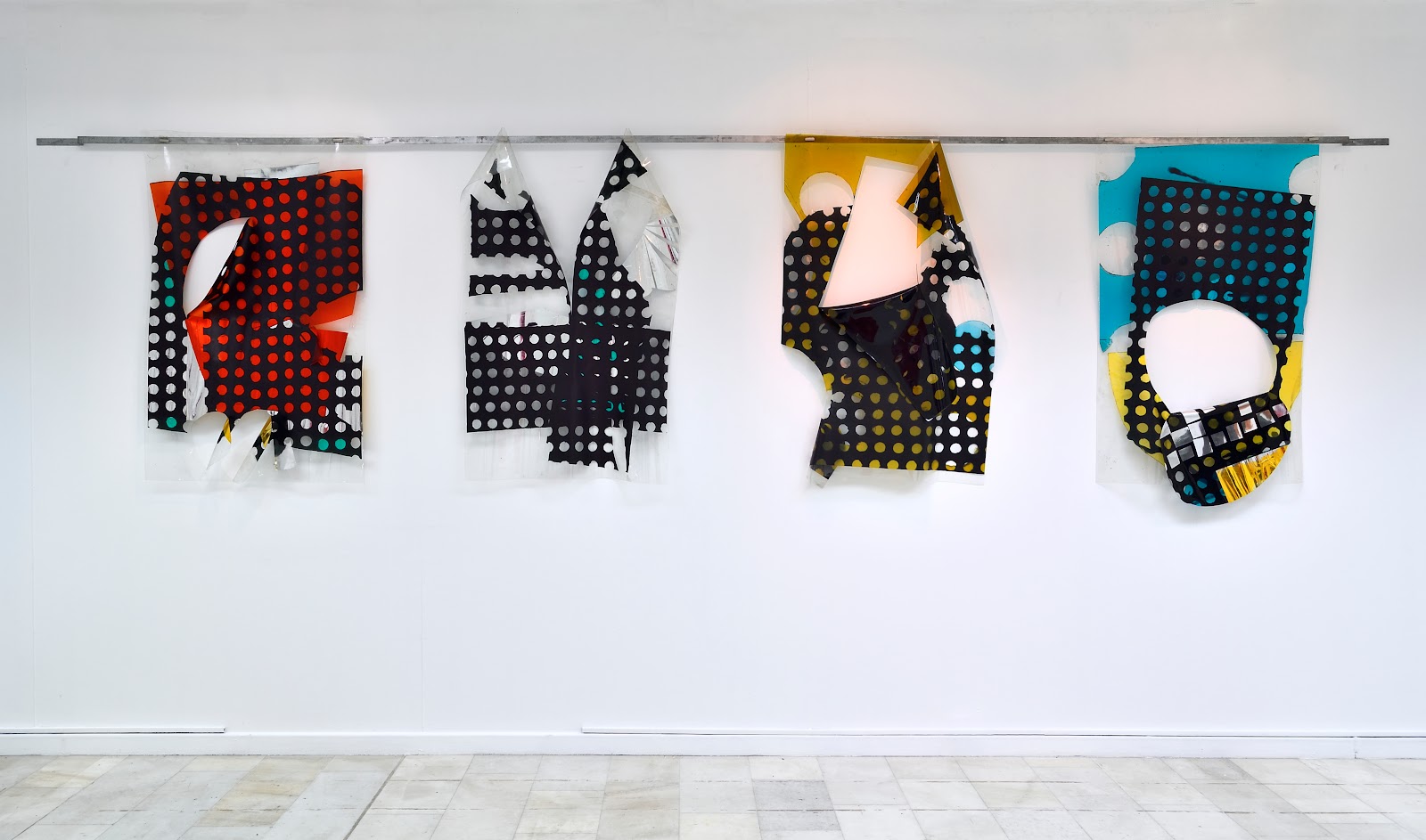 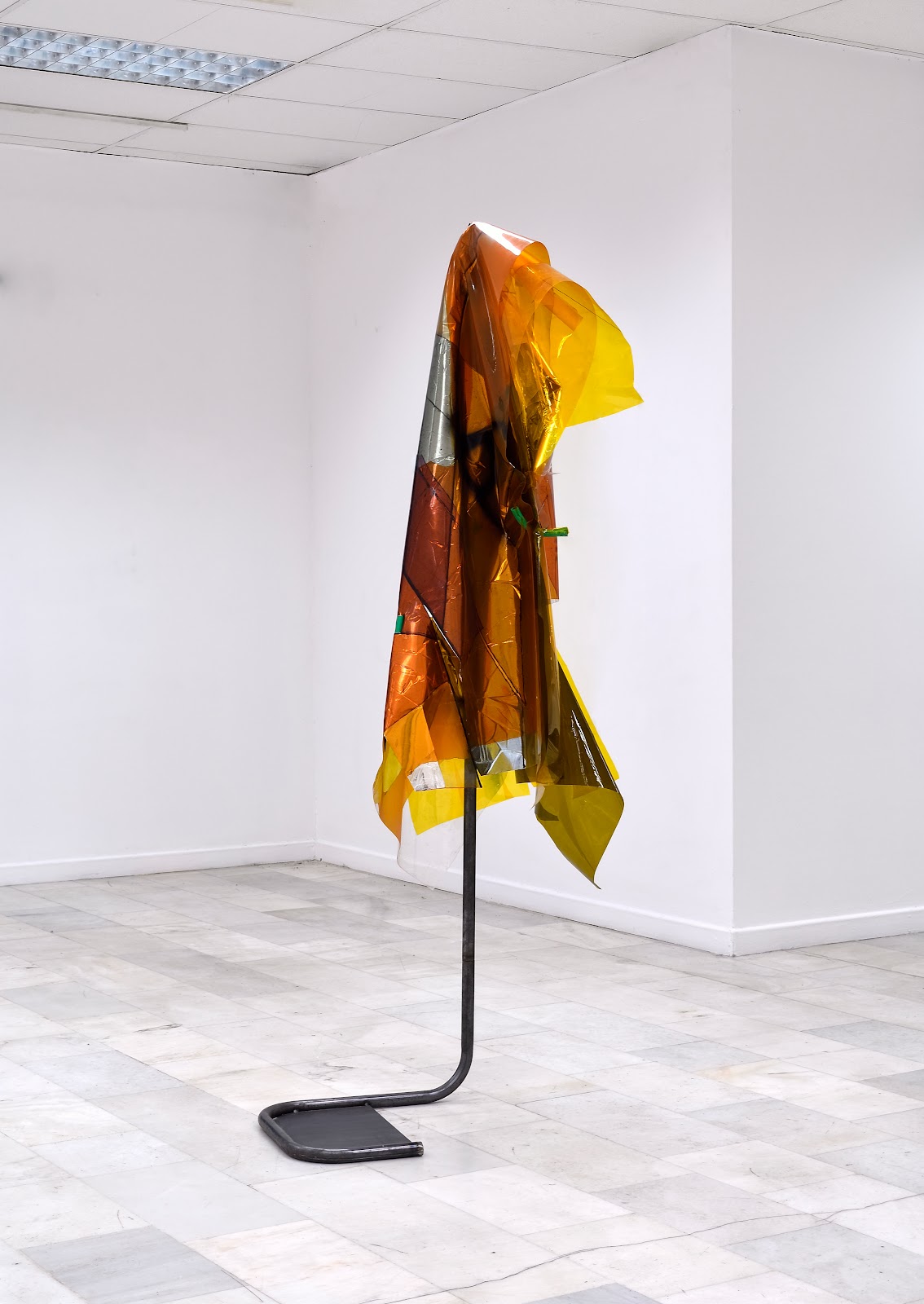 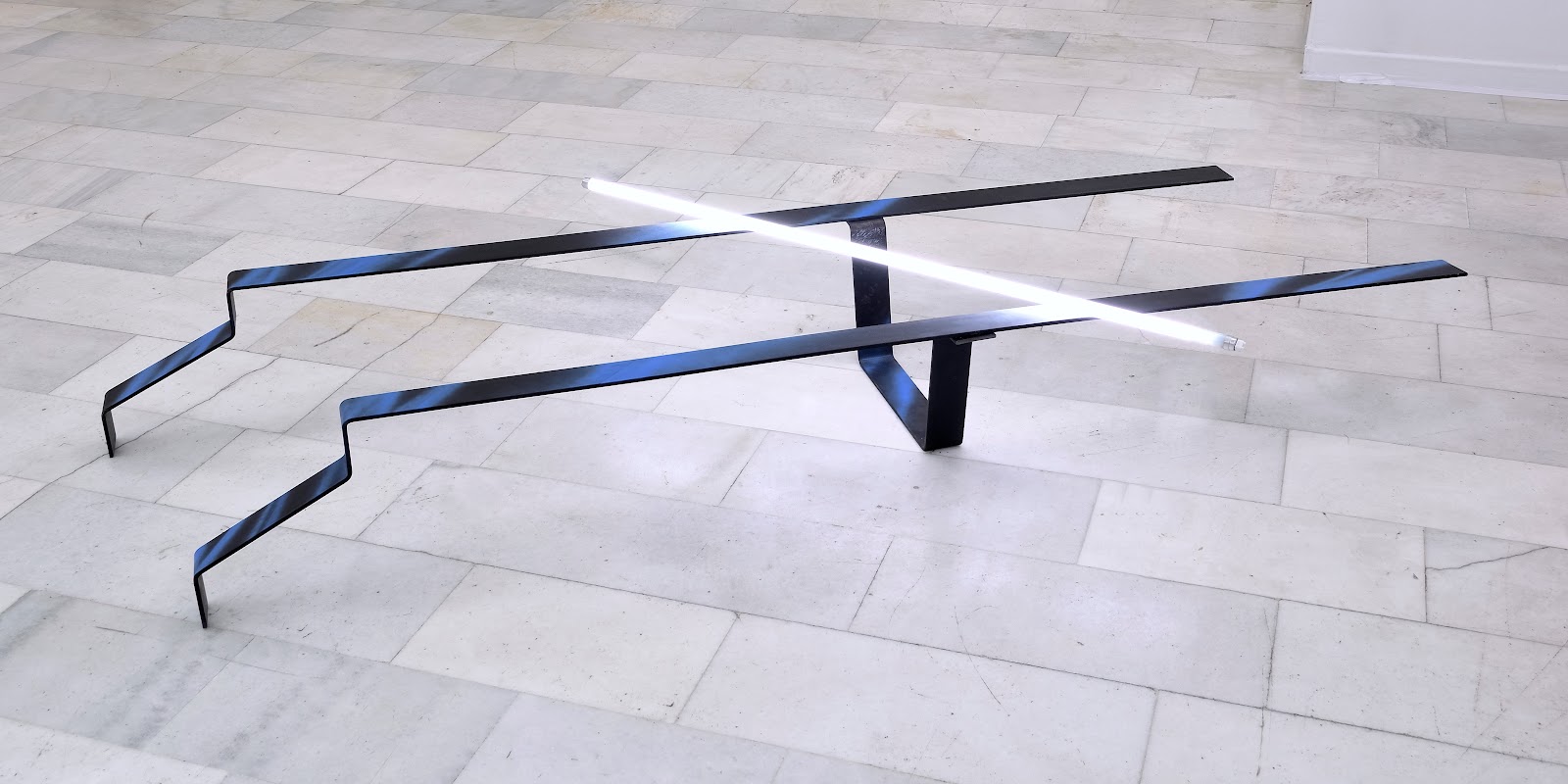 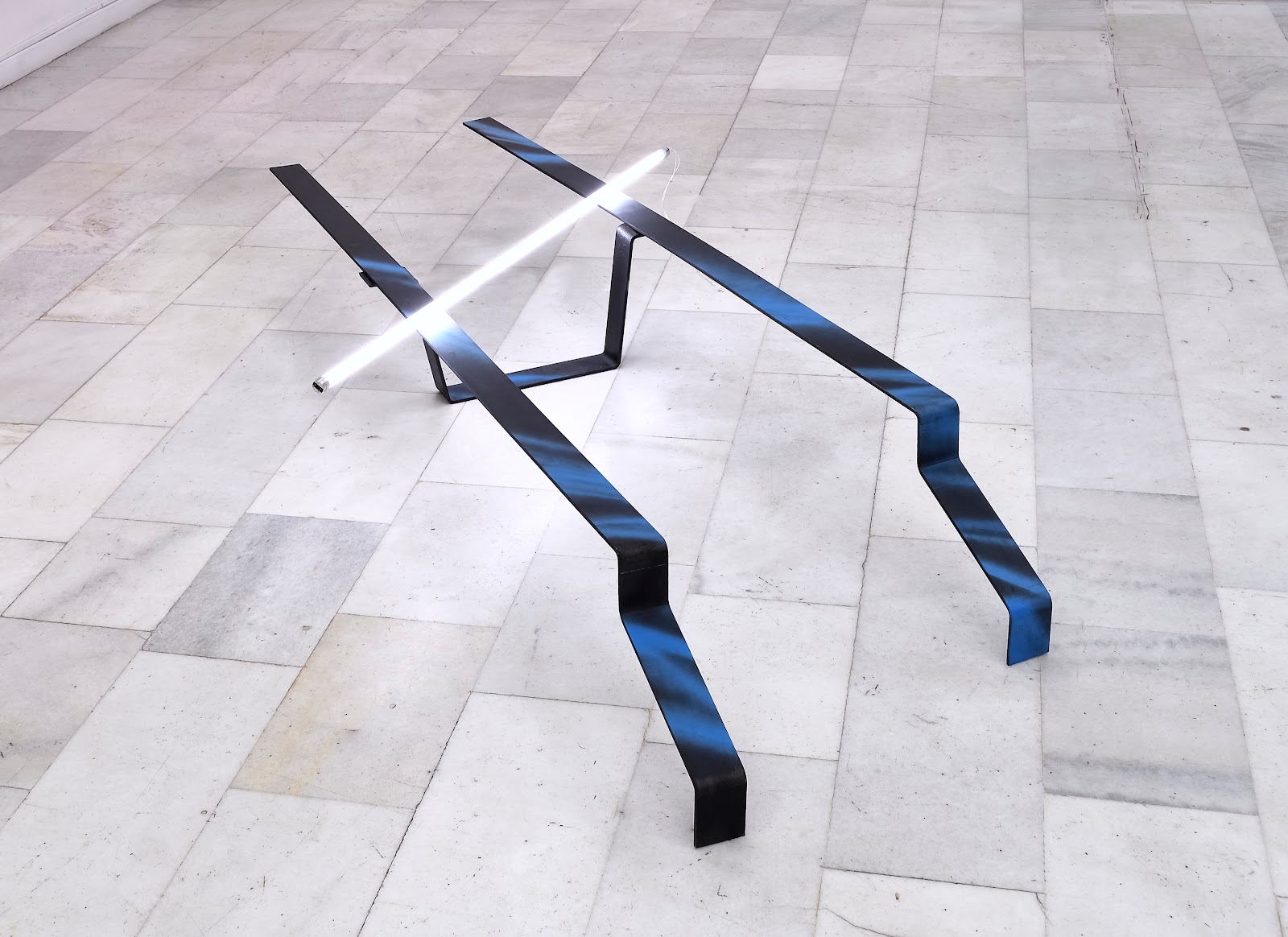 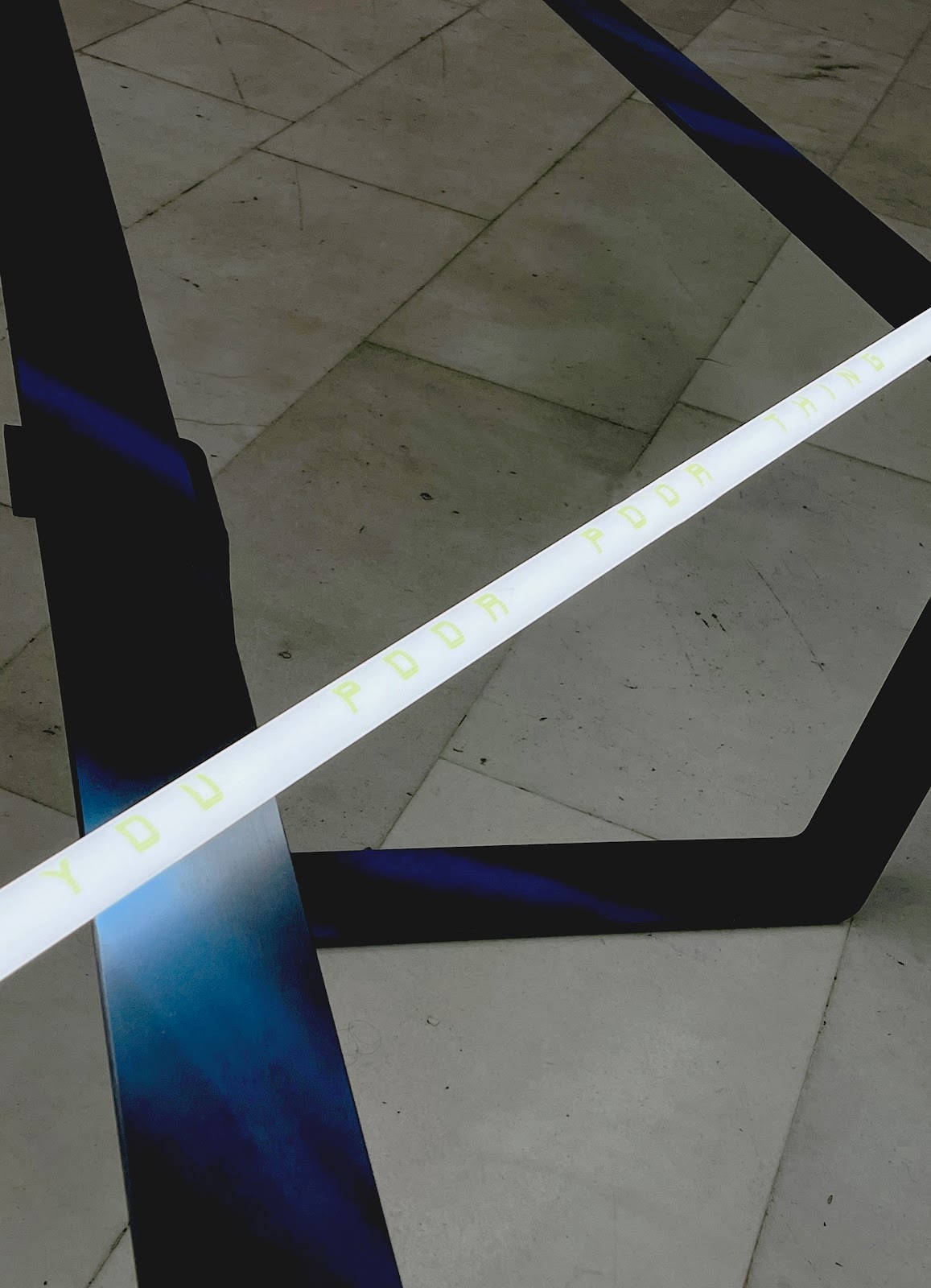 Images courtesy of the artist , Photos by Dimitris Foutris

Unlike the naked eye, the camera is able to gaze straight at the sun without being blinded. The film The Shepherds of Calamity (1967) by Nico Papatakis ends with an unforgettable scene: Thanos and Despina, just before jumping off the cliff hand in hand, turn their eyes to gaze at the midday sun. They are forced to turn their eyes away from it, their brows furrowed. But the camera lingers on it. The lens is stronger than the human eye. Undoubtedly, it takes guts to stare into the blinding, unfiltered light. It is an act of self-transcendence. ‘Looking at the sun, one’s face cannot fail but be richly illumined,’ preaches St Hesychios the Priest. But the same does not apply to sleep: in dreams we never look at the sun, Nerval reminds us in Aurelia (1855). Georges Bataille aptly sums it up in The Accursed Share (1949), ‘sun […] dispenses energy – wealth – without any return.’ His reasoning is set forth in his early text Rotten Sun (1930), a homage to Picasso: ‘[…] academic painting more or less corresponded to an elevation – without excess – of the spirit. In contemporary painting, however, the search for that which most ruptures the highest elevation, and for a blinding brilliance, has a share in the elaboration or decomposition of forms,’ writes the philosopher.[1]

These new works by Alexandros Laios descend from this rupture with the elevation described by Bataille. Laios’ self-described ‘wrinkled portraits’ converse with cryptic Cubist collages and Picasso’s groundbreaking portraits, where the figure emerges distorted, codified, deconstructed. According to the artist, ‘The Wrinkled Portraits series (2020–22) evokes the feeling we get when we look at the sun. The reflexive contraction of the face is captured in the creases of the material mounted on the surface. My intention is to highlight the phenomenon, rather than its representation. The terms figure/portrait are an open condition anyway.’ Figure, to what extent, then? To what extent portrait? What is certain is that in Laios’ mind everything is a face. These indistinct faces – made on digital prints on transparent awning fabric, self-adhesive mirror sheets and heat-resistant stage lighting filters – reflect your thoughts and emotional state, questions and worries, joy and anxiety. These distinctive portraits by Laios are based on a bidirectional interplay with viewers’ faces and take shape through the triggered mental associations.

Abundant, absolute light, combined with the weakness/strength opposition of the human eye – that is, of vision – is an overarching theme in Flipping Coin exhibition. The title evokes the moment when the coin hovers in the air before hitting the ground, rather than the randomness implied by the gesture itself – hence the artist opts for that phrase instead of the expression ‘heads or tails.’ At the same time, the title is a sly comment on our ambivalence towards science, which, according to Laios, ‘is not a magic bullet for every adversity in modern life, but an ongoing narrative with an uncertain outcome – just like coin flipping.’

The exhibition features wall works in mixed media and a series of light-activated sculptures, which the artist names ‘chimeric creatures.’ Cinematic references abound. The format of Wrinkled Portraits harks back to 1920s and 1930s Soviet movie posters, while Blue Cut (2021), a series of small-scale prints, alludes to the groundbreaking editing and other innovations by Sergei Eisenstein and other pioneering directors of the time. Laios’ references also extend to Soviet science fiction literature. His works, he argues, ‘form a dystopian region, a post-apocalyptic landscape, leaving all options open, free of embellishment. All of the above begs the question of our relationship with science fiction as narrative in the modern biopolitical environment.’ For example, in the sculpture A Line After WE (2021) the artist quotes a phrase (‘You poor poor thing’) from Yevgeny Zamyatin’s dystopian novel We (1921). Displayed in self-adhesive lettering on a fluorescent lamp placed on a spray-painted metal base (sled?), the phrase performs similarly to an inscription on a funerary monument. Divorced from its context, it can be interpreted in many different ways – as a poignant comment on the end of minimalist sculpture, or as a hint at the impoverishment of a country, its tragic present and ominous future. The prominence given by Laios to science fiction in this series (he states that SF was and still is perhaps the only grand narrative) reminds us of an observation by Fredric Jameson, who argues that ‘the distinctiveness of SF as a genre has less to do with time (history, past, future) than with space.’ Similarly, the transparent, Laios’ colourful works are hallucinatory: they affect our perception of space, ‘filtering’ dystopian reality like a pair of sunglasses filters harsh light to help us endure it. Needless to say, the aesthetic universe proposed by Laios seems to come out of SF films of the 1980s, such as Liquid Sky and the more popular Blade Runner, both of 1982.

The art of Alexandros Laios is neither pleasant nor unpleasant. It is suspended – like a coin in mid-air – on the threshold of these two impressions, sometimes leaning this way and sometimes that. In his new works, the artist foregrounds process itself. ‘I didn’t want to be trapped in content, but to be able to work more openly. I now like to capture the feel of things. In this work I have achieved focus – to be able to look at the work and constantly find solutions,’ he tells me, standing before his ‘wrinkled portraits.’ One thing is for certain, that after gazing at the works of Flipping Coin for a while, the experience of standing under the glaring sun will never feel the same again.

OPANDA curator of exhibitions and events