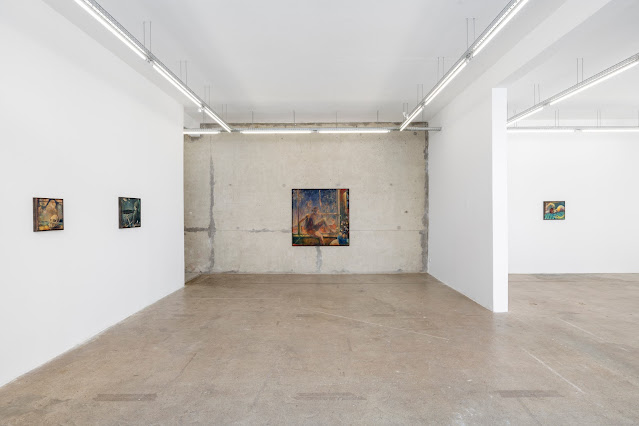 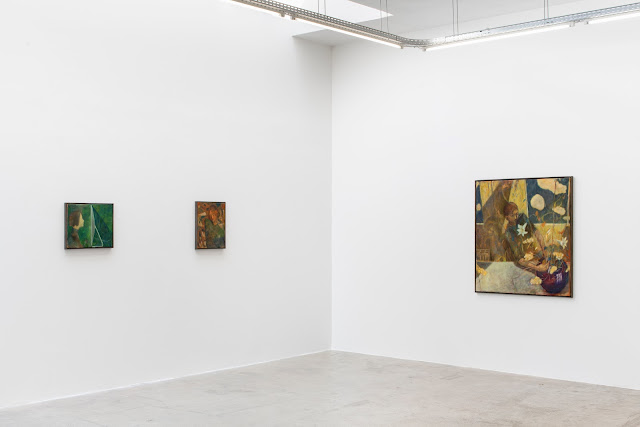 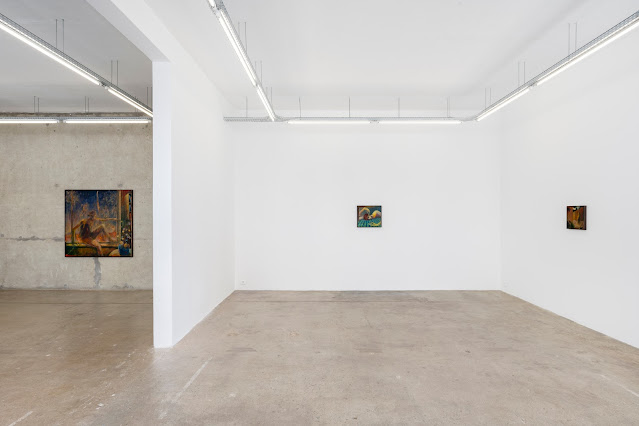 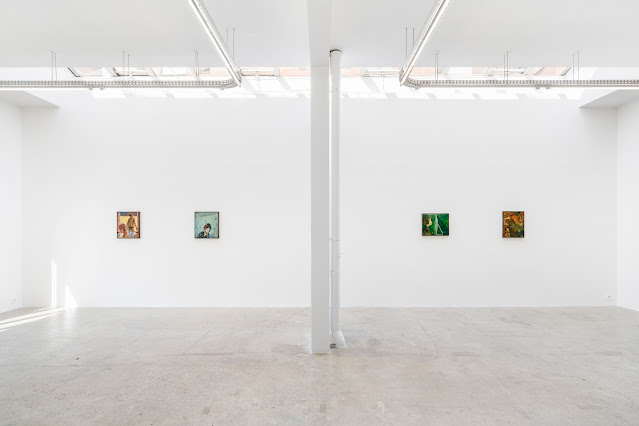 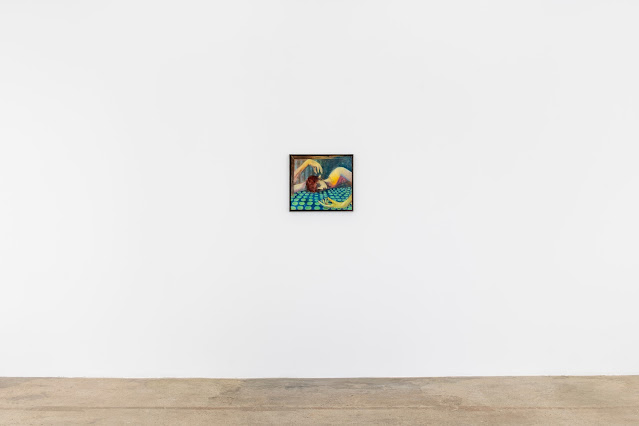 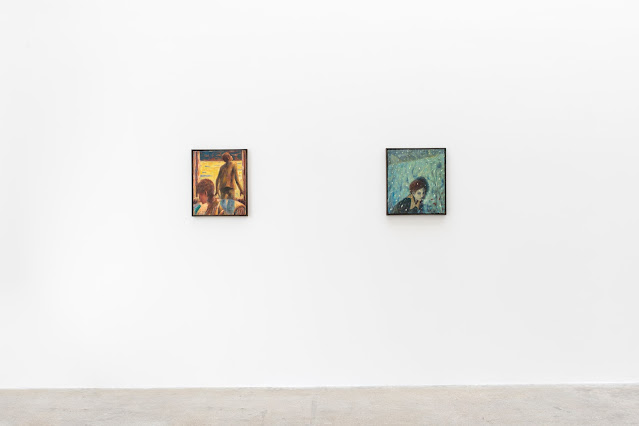 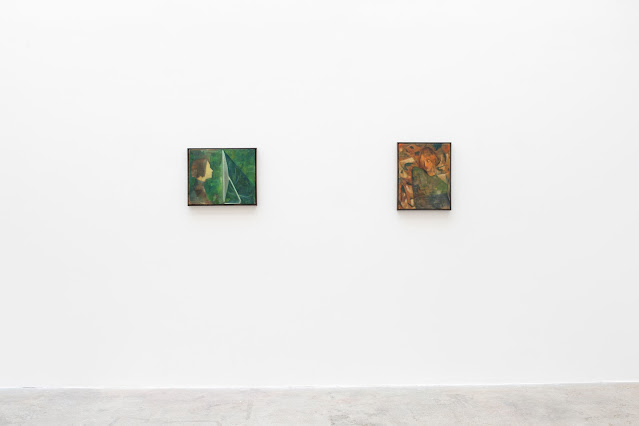 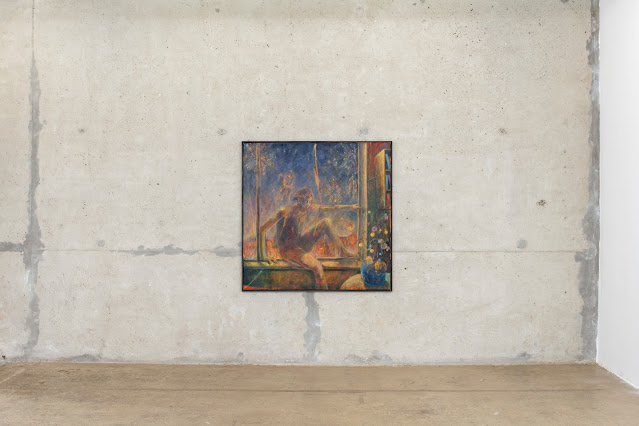 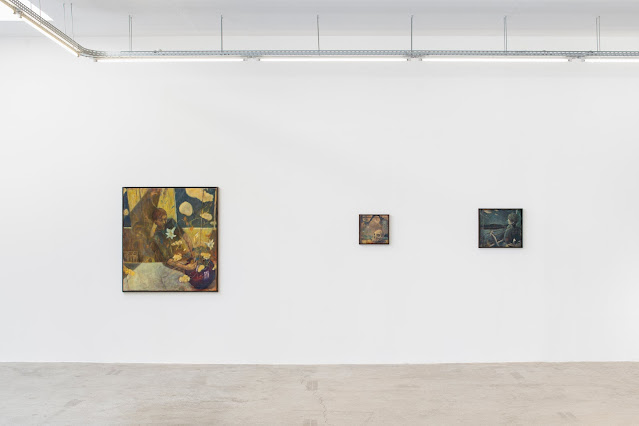 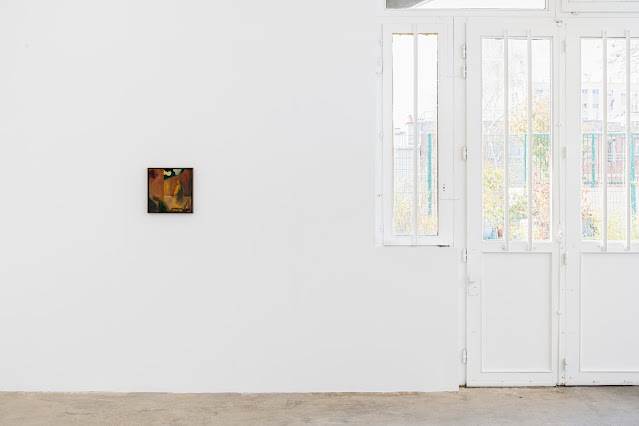 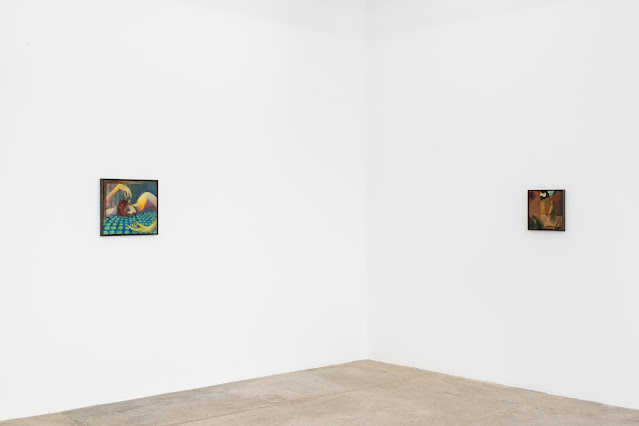 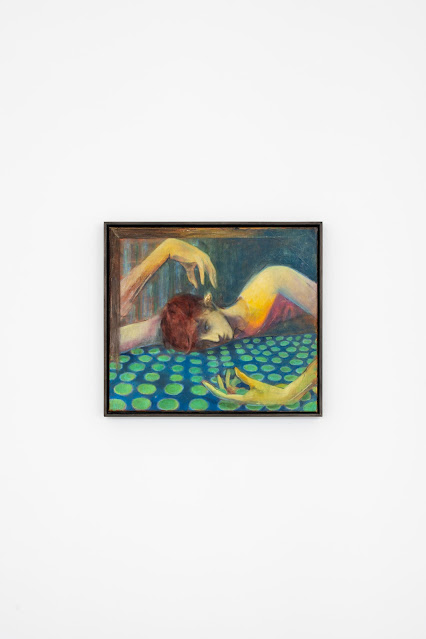 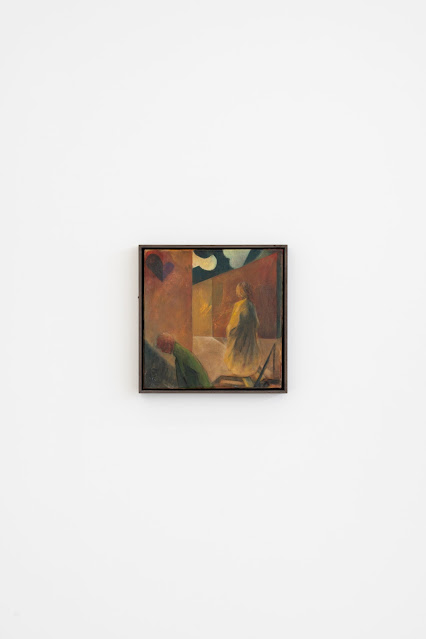 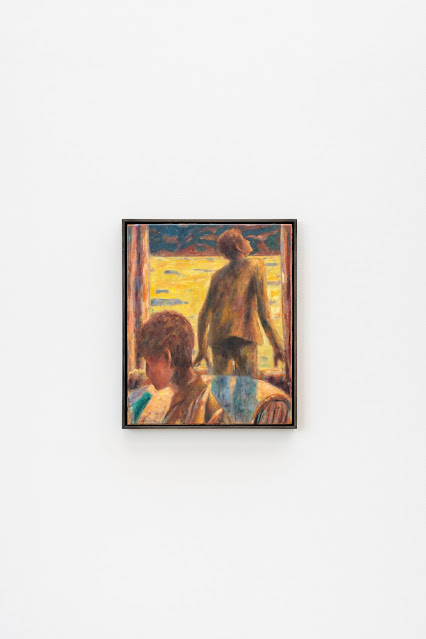 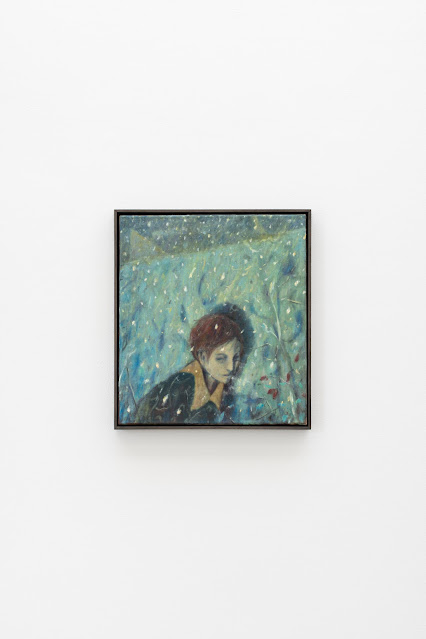 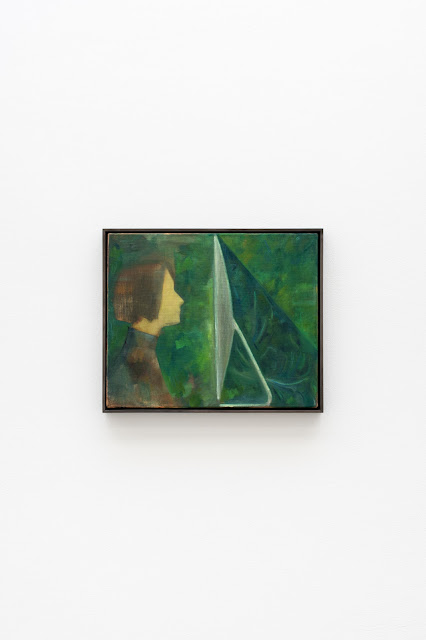 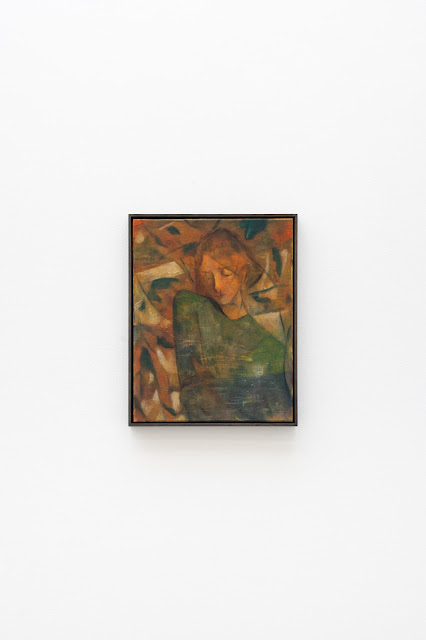 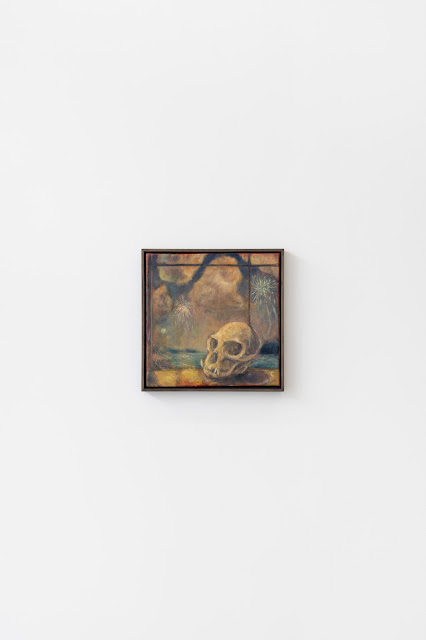 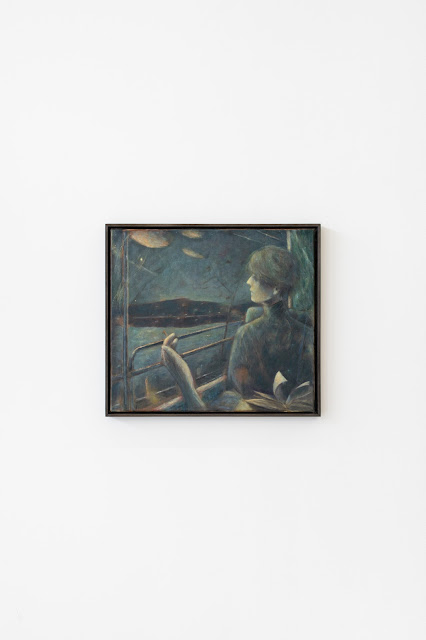 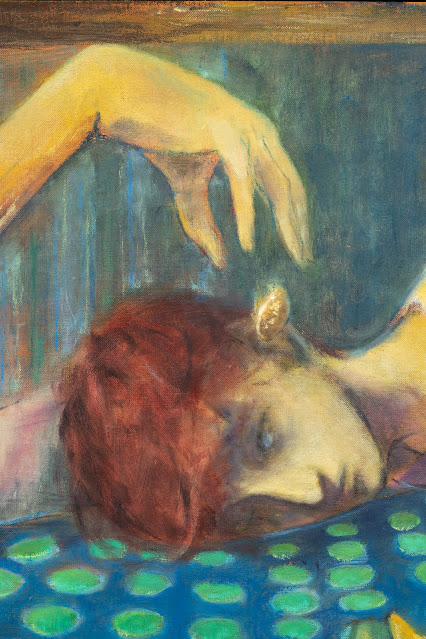 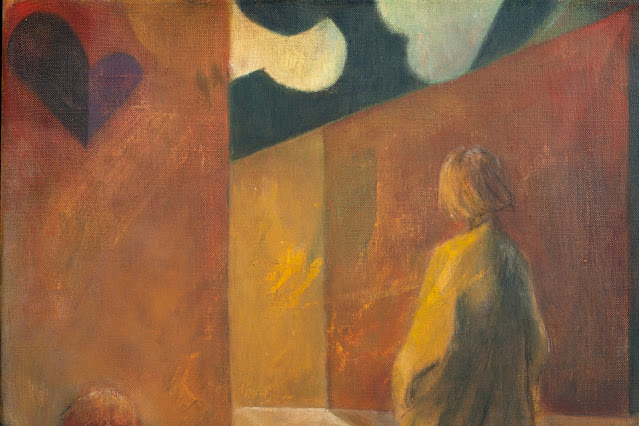 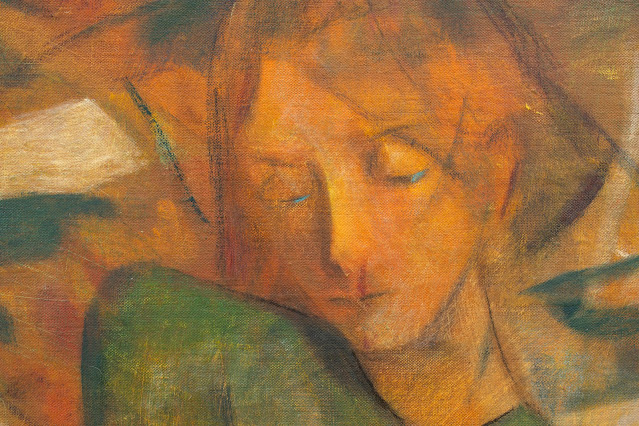 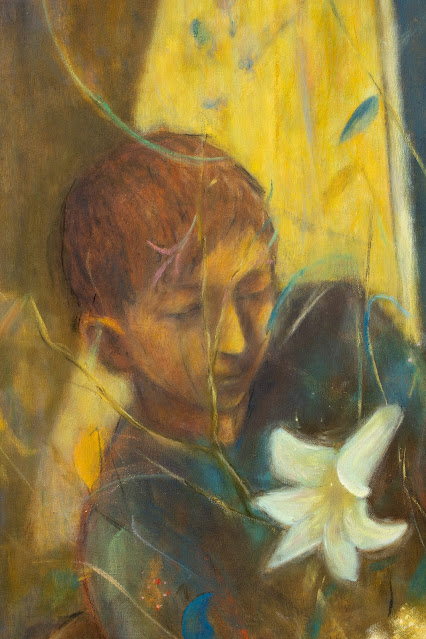 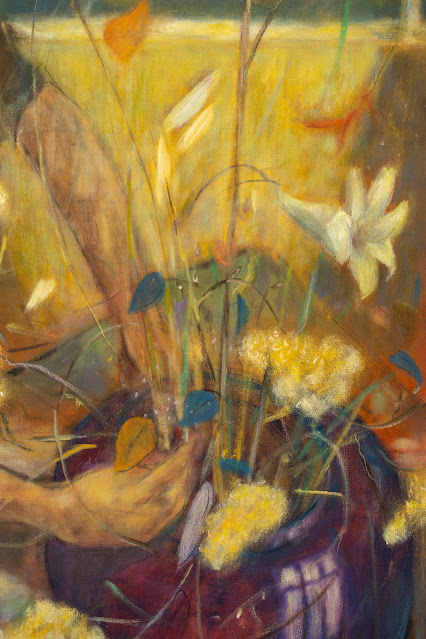 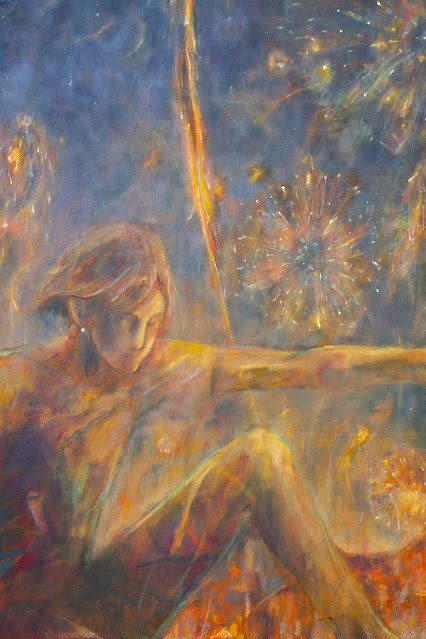 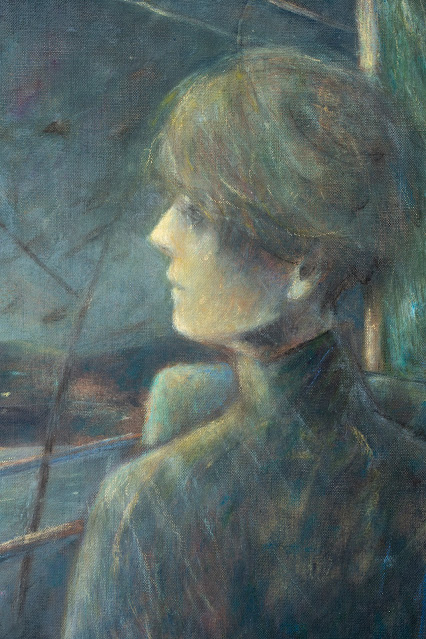 Intentionally non-historic, creating a subtle balance between abstraction and figuration, Ernst Yohji Jaeger’s painting aims at freeing itself from the borders of identity, of time and social constructs. As Reilly Davidson wrote about his work: ‘The world he occupies is free of attachments and dialogues with artists across time and space’.

His sources are as varied as the plurality of images that make up our modern visual universe: films, mangas, video games, classic paintings, memes… He takes a particular interest in the processes of circulation, appropriation and pollinisation of pictorial representations as, for example, how the work of Marie Laurencin (who has a museum in Japan containing over 600 pieces) has greatly influenced the Shojo manga genre (manga with a female orientation). Which, in turn, has been a major influence on many contemporary painters. Having grown up with the Internet, Ernst Yohji Jaeger has forged his own history of art, which means being able to grant value to previously ignored postures, while abolishing any aesthetic hierarchal dogma.

Each painting starts with a long abstract préparation; this consists in covering the surface with a mixture of colours that produce a rusty orange. Then, there begins a variation in the compositions, which are superimposed, bringing together a pell-mell of characters, architectural sections and objects coming from still lifes. Each version bears the ghost of the previous scene, but they all retain a specific object, a posture, or a precise form, coming directly from what the painter can observe around him, in the sky, in the town, or in his catalogues. These are conceived borrowings, ‘pictorial ready-mades’: a radiator by Bonnard, a heart drawn with a spray can on the door of a building in Vienne, a blue pattern with green spots by Felice Casorati, a composition of concentric clouds seen from his studio’s glass roof. During this process of covering, decisions are born and become fixed. There are appearances and disappearances. Without any premeditation. Each painting is thus a sum of different states, to be deciphered both in the past and the future, giving the spectator an uncanny sense of déjà-vu.
This method (which isn’t really one) leads to a mysterious iconography, in which the objects seem suspended rather than anchored, and where the characters, often seen side on, are in transit. We do not know where they are, where they are going, or even who they are. They are androgynous, ageless characters moving through ’the ambiguous world of the indeterminate’ (as Redon put it).
If the artist has also looked at Klimt and the Nabis, he has not kept the hieratic look of their characters. Here the lines are contorted so as to adjust to the suppleness of the bodies, with an inspiration that looks more towards manga. These bodies are there, between diverse passageways - all opening out into the distance -, and familiar objects, some of which play on a subtle game of mirrors, scattering our gazes into a play of infinite correspondances. They are rocked by a light but persistent wind, which we seem to see in his compositions. On taking a closer look, luminous traces, like whirls, rise up around the characters. They are invisible presences, diaphanous chrysalides that bring to life the impression of a hypnotic world, perhaps on the verge of tipping into the supernatural. The unrealistic shades - rust, ochre, brown, emerald, cobalt - which are always slightly veiled, accentuate the timelessness of the scenes which seem to slip away from any form of history. They are colours that could belong to a world that is backlit compared to ours. And this is perhaps the magnetic strength which is so hard to describe and that makes for the singularity of this painting: that strange familiarity in which we are both here and elsewhere, in a parallel world, where shadows are reflected and mingled.