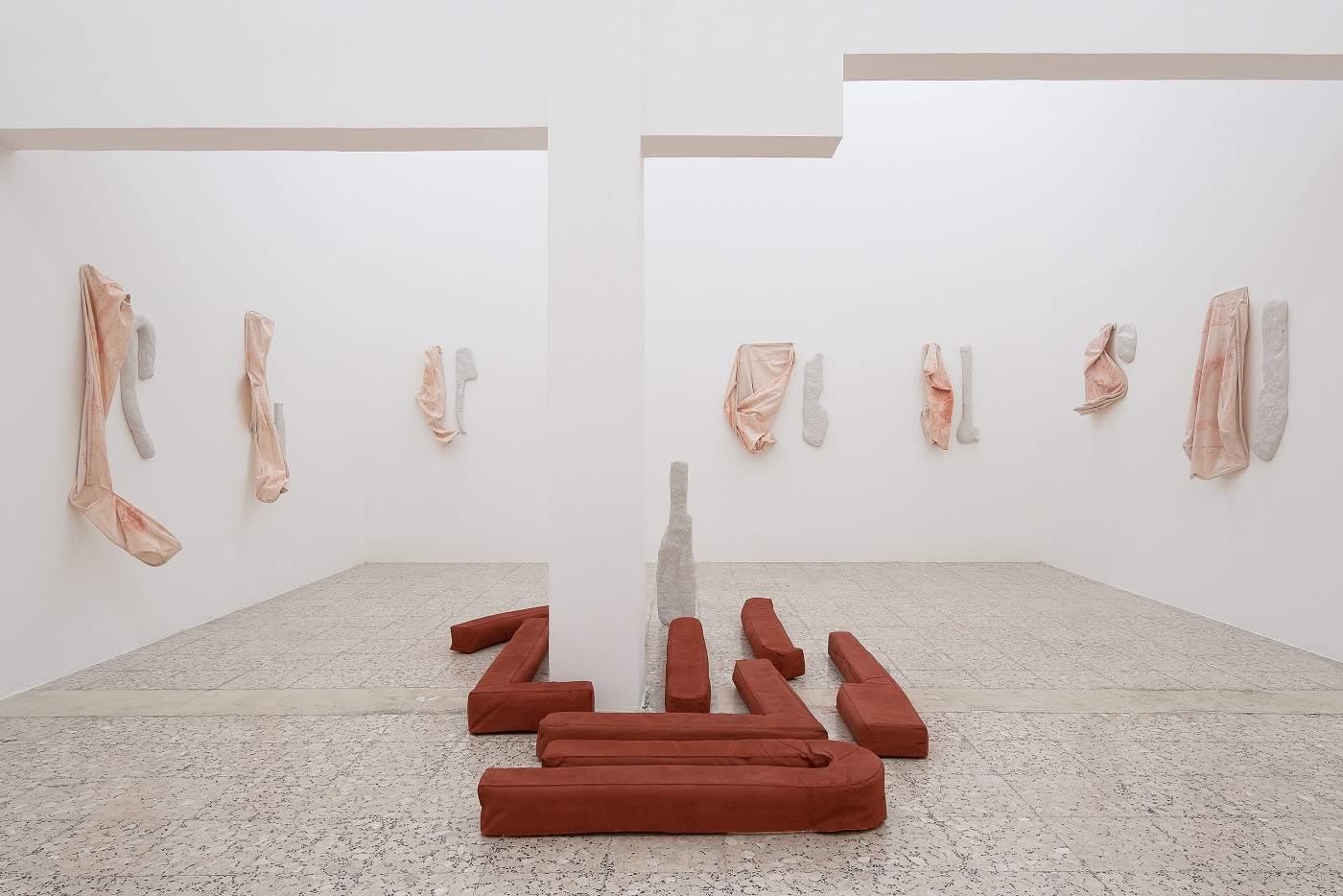 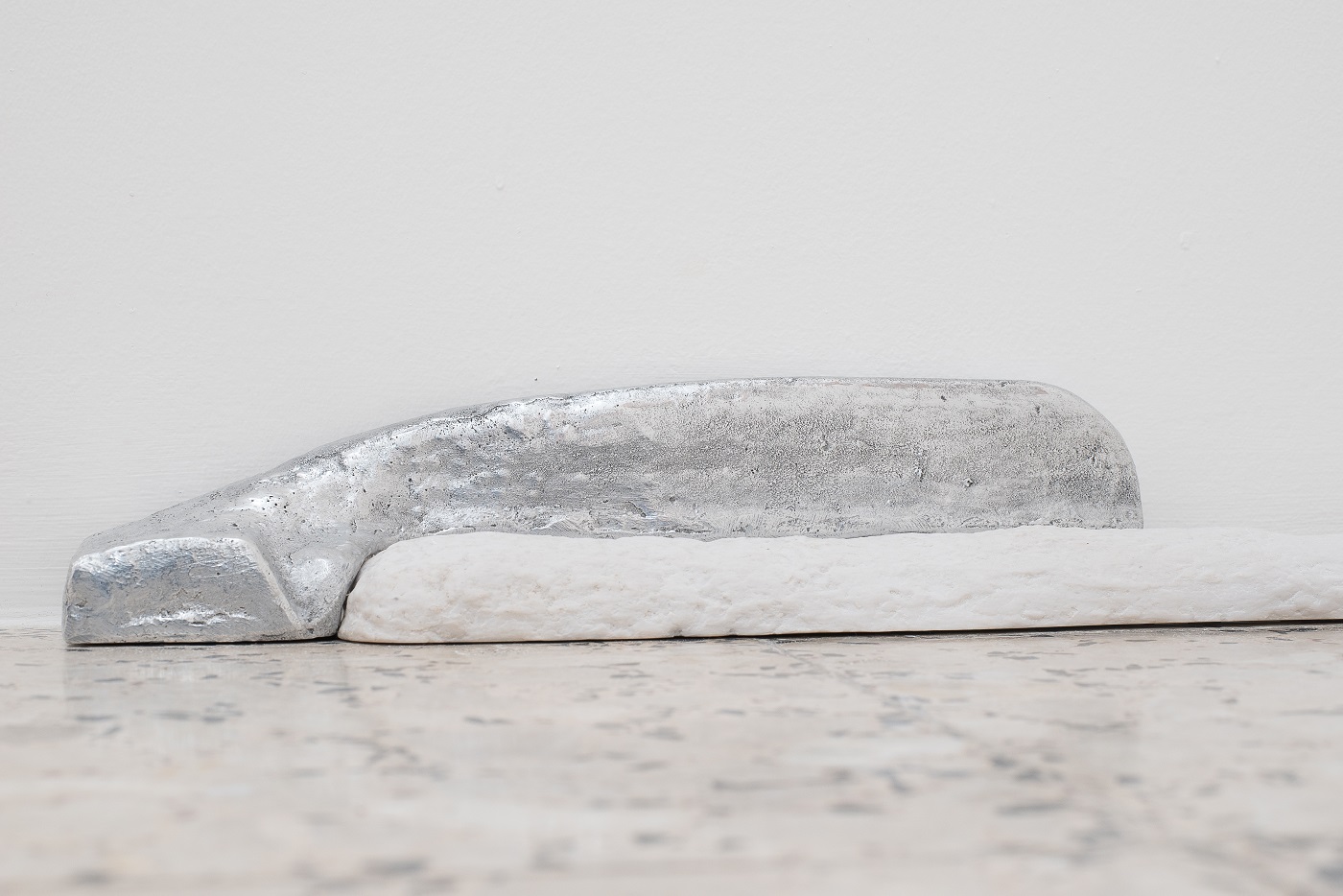 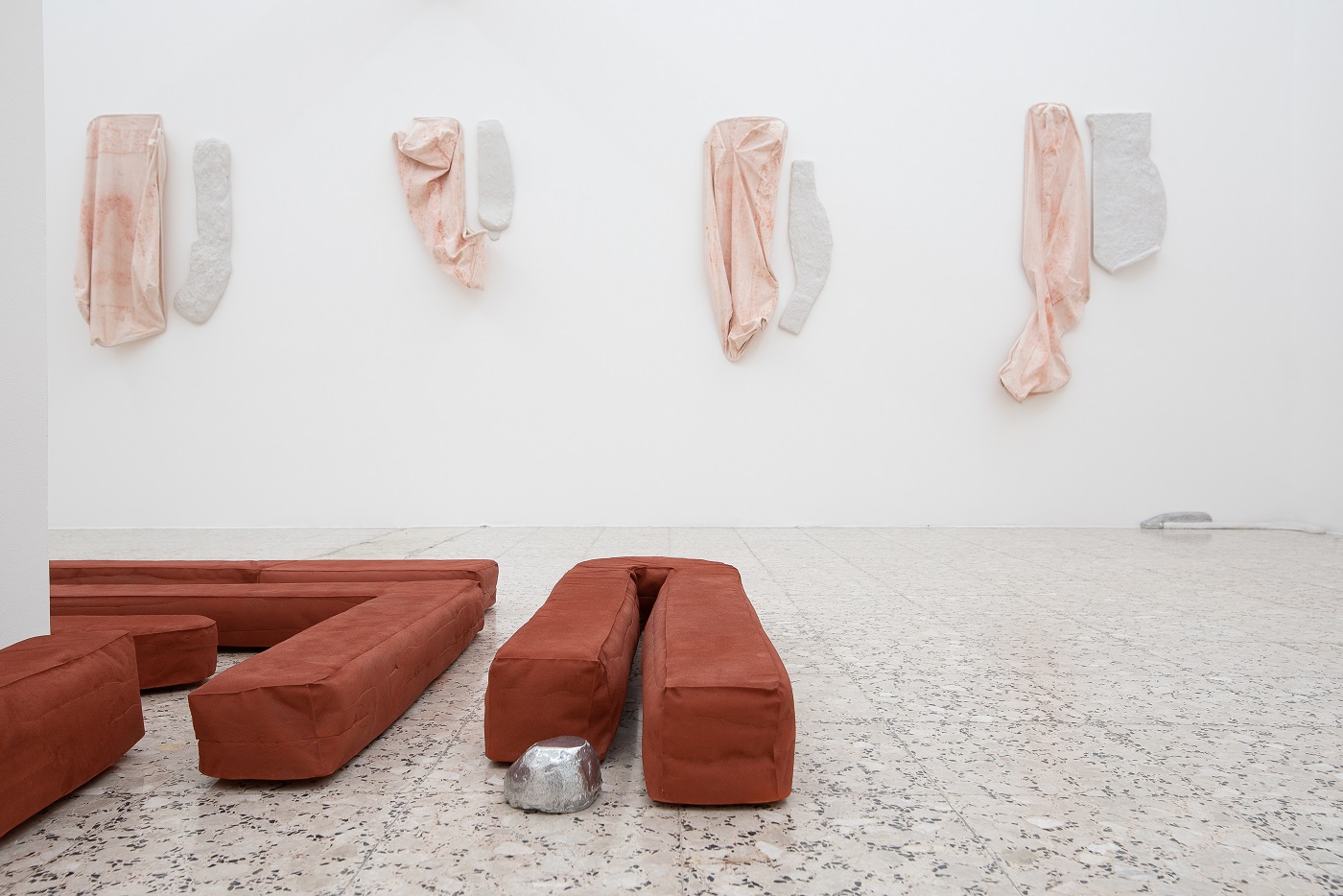 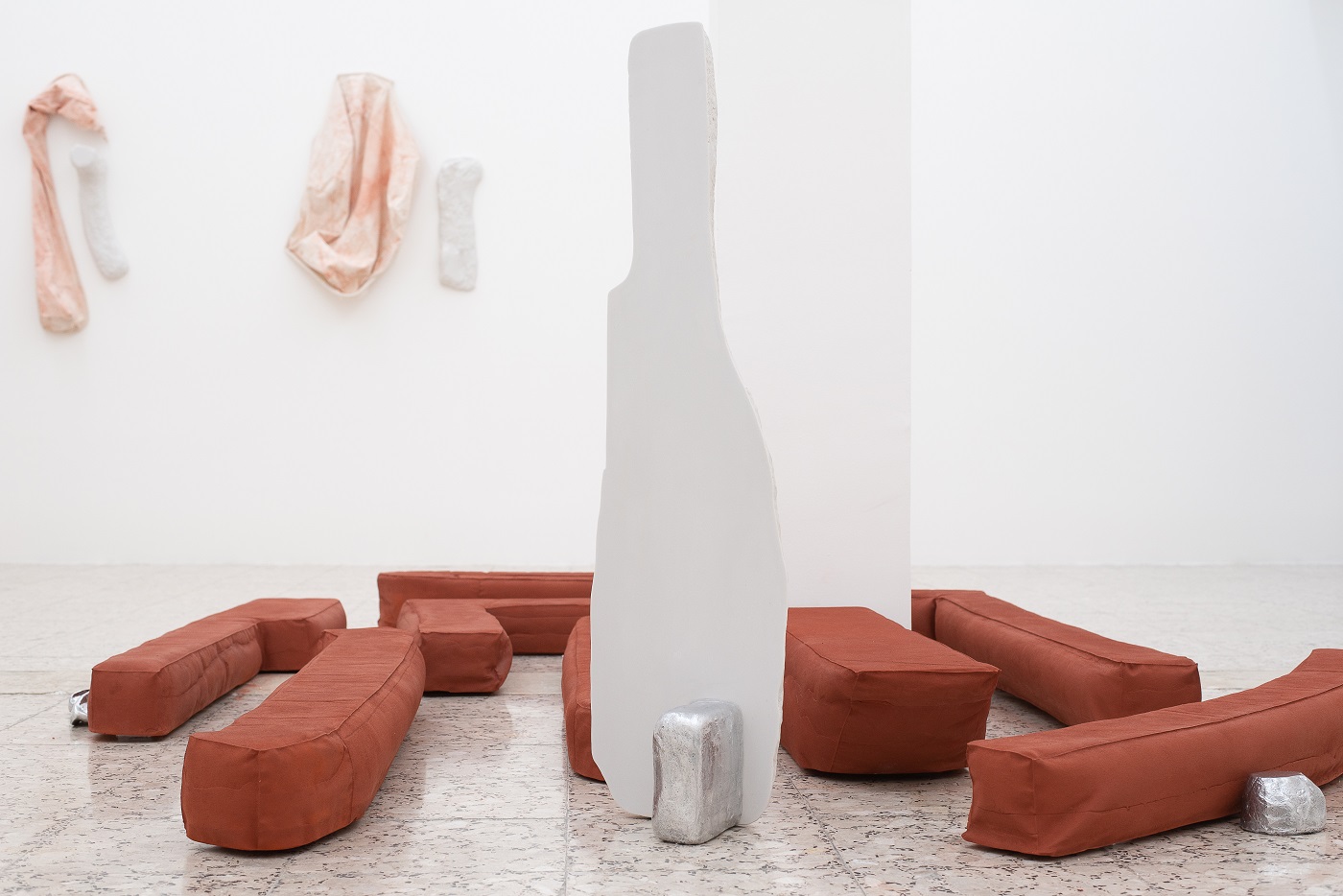 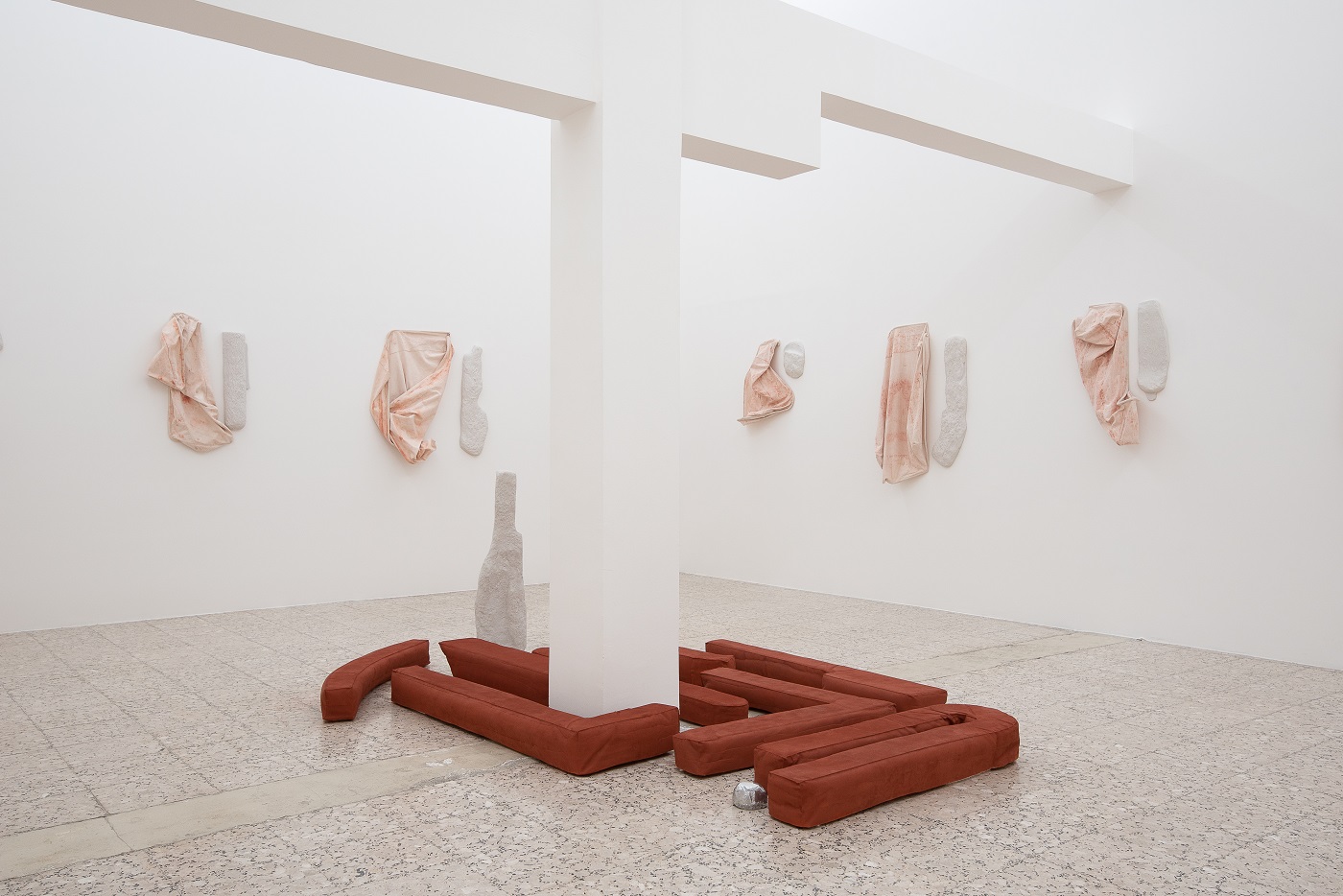 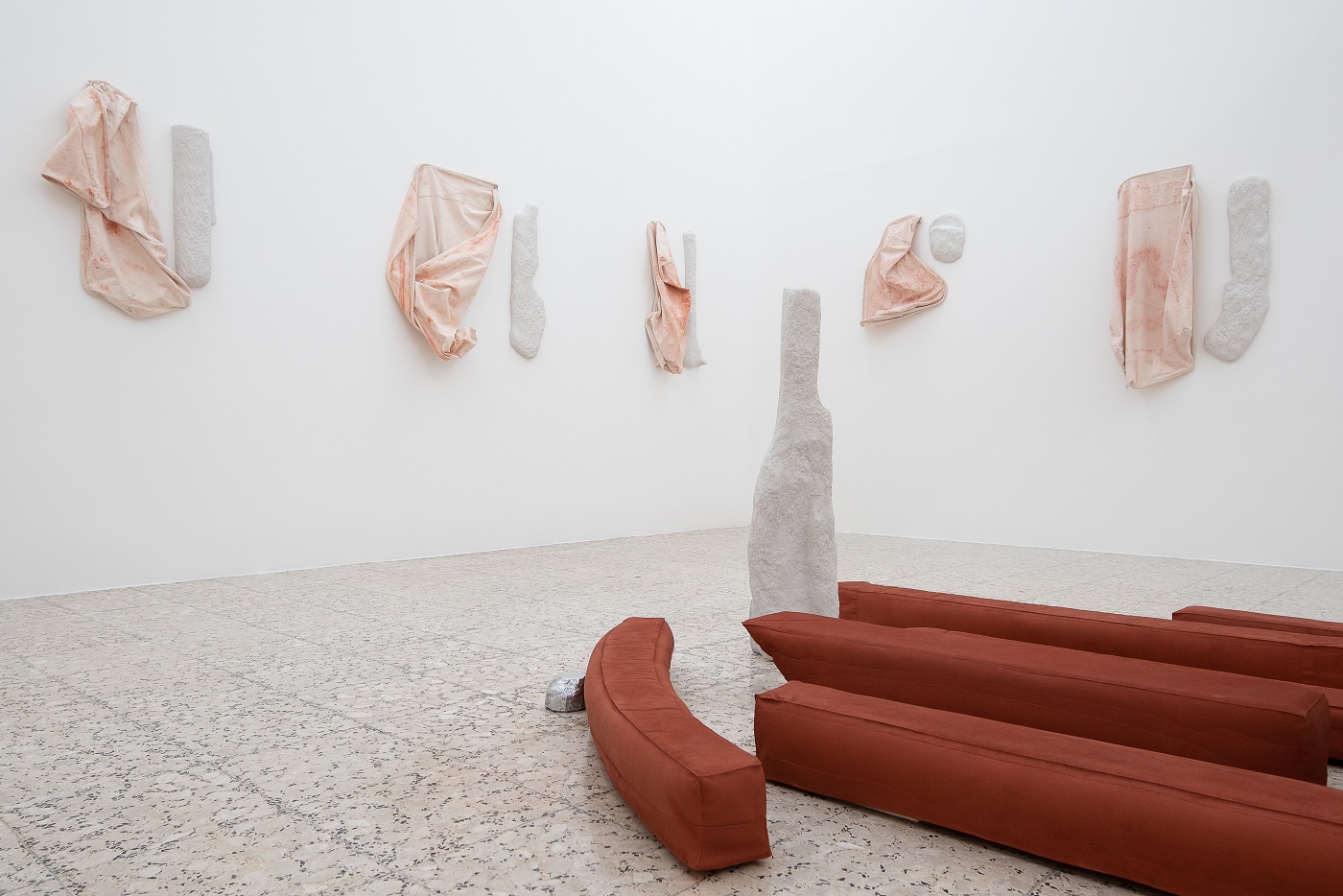 Hello and Welcome to the Show. I am aware that you are the reader and I am the writer but, just for now, I suggest diverging from this binary positioning. Moving towards finding our common ground, we are both individuals who have stood before these artworks, subjects before objects filling that space between ourselves and their presence with our own experiences, references, imaginations, and desires. These brief notes contain diaristic POV fillers, feelings, musings, and anecdotal stories that might complement your experience. They come in titled, connected, but at the same time somewhat autonomous paragraphs, to easily pick out the ones that catch your eye.

Through the Ubiquitous Screen. I have seen them as infants, toddlers, and teenagers. When he asked me to write something on their behalf I asked him to send me recent photos of them on WhatsApp. I wanted to have them on my screen, to be able to pinch them big and look at them in the way we experience most things these days.

A Plan of Action. I needed to look at them with fresh eyes since I have known them for so long. I decided to note down the first thing I would think of after that first glimpse on the screen. I love spontaneous responses. They are proof that our processors are fast; that we retain details; that we possess an internal, efficient network of information layering. That nothing goes to waste; every bit of experience, every fragment of information, gets lodged where it should and it becomes potent when it must. Isn’t that the stuff of hope?

Hunk of Skin. The first flash of thought once I see them again. I have read this phrase elsewhere I did not concoct it. Hunk of Skin is a poetry collection by Pablo Picasso, written almost entirely on the 9th of January, 1959. It is a short read, obscure, and bustling with vivid, disjointed, surrealist images. Yet, I have to admit that the thing setting in motion this reflex recollection is not the content of these poems but the image contained in their title: through the screen, I cannot help reading these works as the remnants or leftovers of something, as hunks of skin hanging on the wall. . I think about how those poems are painterly and how these paintings are sculptural; the poems of a painter, the paintings of a sculptor. The blurb on the back cover of the book reads: A note to the original Spanish edition speaks of Trozo De Piel [hunk of skin] as expressing ‘Picasso’s nostalgia for his boyhood in Malaga: all his memories of the land where he was born, suddenly arisen…’.

Memories. These artworks are parerga that gradually ended up taking the stage, hence, the focus has not always been on them. As ideas in progress, they went through various stages of evolution. For instance, I recall that at some point they briefly carried bottles of water and oranges. One day, out of the blue, their weights disappeared, and a plastic plug appeared on each, like an artificial belly button. I remember protesting Why did you change them again? They were just fine! He answered something along the lines of They needed something, by which he probably meant that he was planning to relentlessly strip them down to their absolute essentials.

Face to Face Αgain. Unlike hunks of skin, these pieces are neither dead yet, nor desensitized; on the contrary, they are suggestive of movement, of transformative energy. [on the surface of the screen lurks the danger of getting trapped in denotation] The afternoon light in his studio is sweet, like rum and raisin ice cream, fragments of the syrupy sky come in through the windows. We briefly discuss the ideal distance between each pair. The room is silent; I have always considered the presence of silence to be a sign of completion. [Peter Greenaway, the filmmaker painting with film once said that works of art are never finished, just stopped and I believe that this statement too, is true].

Companions. Now each canvas is accompanied by a polyurethane resin cast object adjusting to its irregular shape, and curves. A giant foot here, an abstract face there, a torso, a bosom; none of them entirely human, maybe parts of unimaginable entities? Am I imagining body parts? He did not respond to my question, but he also did not deny this remark -whereas he usually expresses his noes fervently. These companions act as anchors re-establishing the canvases as objects in their own right, weaving a new narrative for them, giving them a new life that extends beyond their functional past and their participation in the making of other objects. He shows me the smooth indentations he carved on each companion. I don’t know if I should be encouraging you to do this, but you should touch them; they are smooth, inducing the calming effect of a worry stone.

Poetic Stoppage. Maybe I finally understand why they have acquired plastic belly buttons; I am no longer perplexed by their presence, I actually enjoy and appreciate them now. I think of them as a bold gesture of camouflage. A device to shift the focus away from romantic perceptions about making, and to buffer the poetic dimension of this body of work by introducing an illusory serialization. The Kids Gathered Around the Column. They seem to be comfortable, domestic, familiar, spongy, flexible parts of the most diabolical piece of furniture in the history of furniture; the sofa. Among them a standing and a reclining canvas-companion, who, in escaping the surface of the wall, have set in motion the creation of a whole new set of companions, this time cast in aluminium.

What Came First the Chicken or the Egg? The canvases or the plaster pieces? And what does first really mean in this case? The one group is the by-product of the other; each group views the other as its by-product. Maybe they are essentially antagonistic, at least this is what their grouping and their positioning in the space tell me.

Everybody and Everything Deserves a (Good) Name. Picasso’s poems were untitled. He read them to his friend, novelist and poet, Camilo José Cela on June 13, 1960, and asked him to baptize them. Coincidentally, today’s the 13th of June 61 years later, and I am writing this text, realizing that I don’t know if these works have a name yet. I believe I would be a terrible godmother to real children, but perhaps ideal for artworks? So, Phanos, how about: “Now Dear Eyes, Dear Eyes, a Split”? It’s a line from something I am writing at the moment, I will send it to you when it’s done!