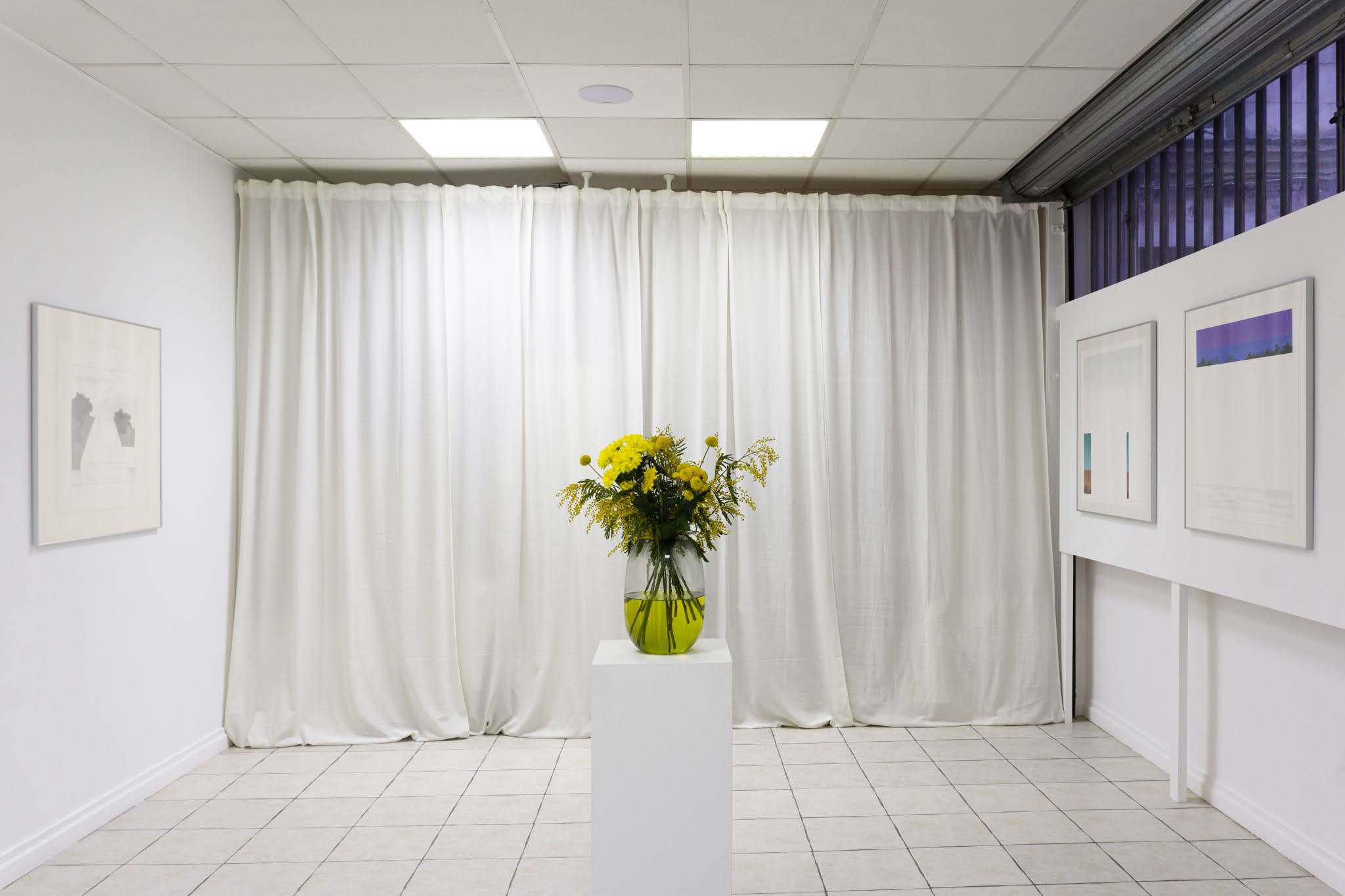 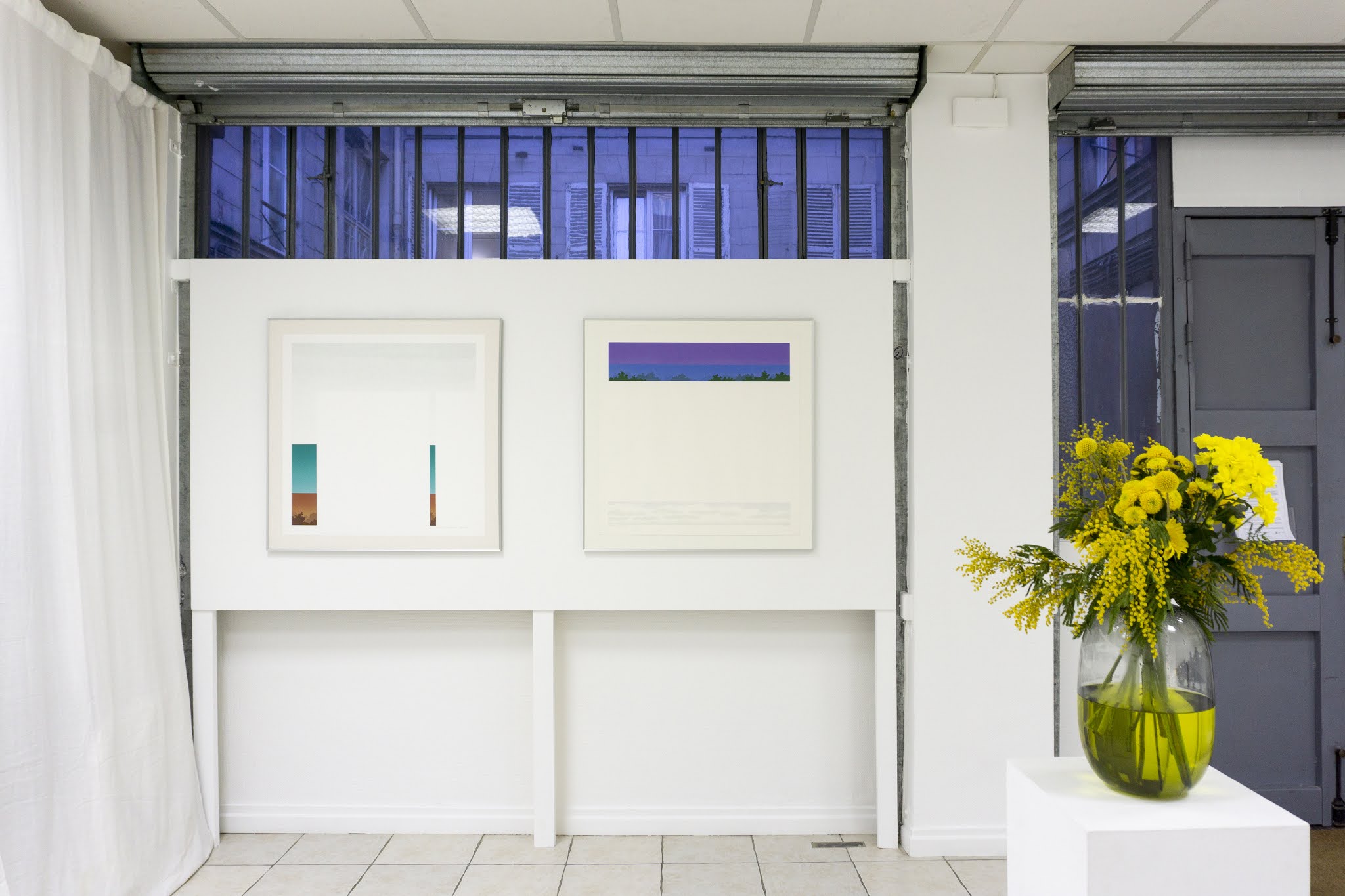 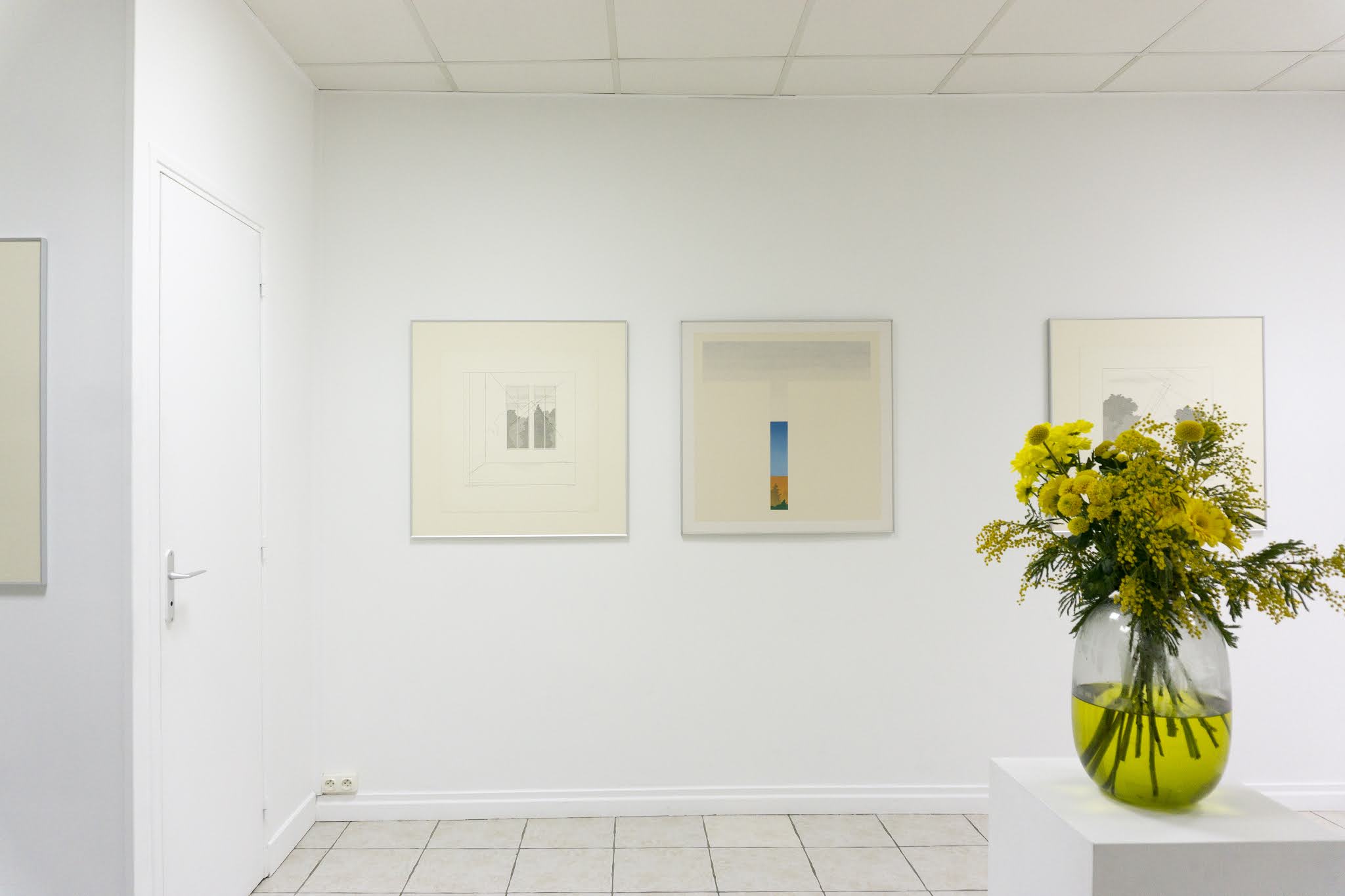 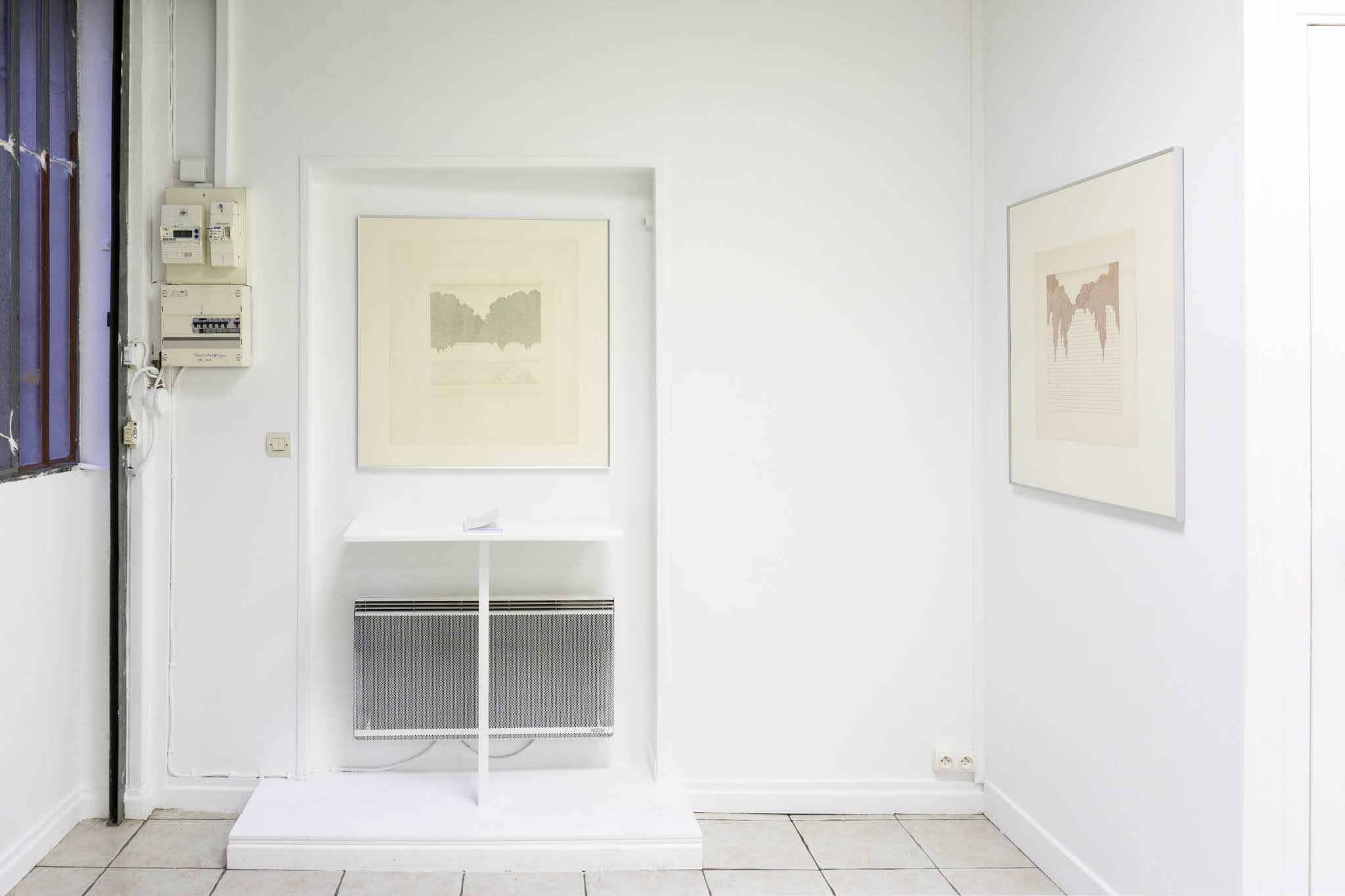 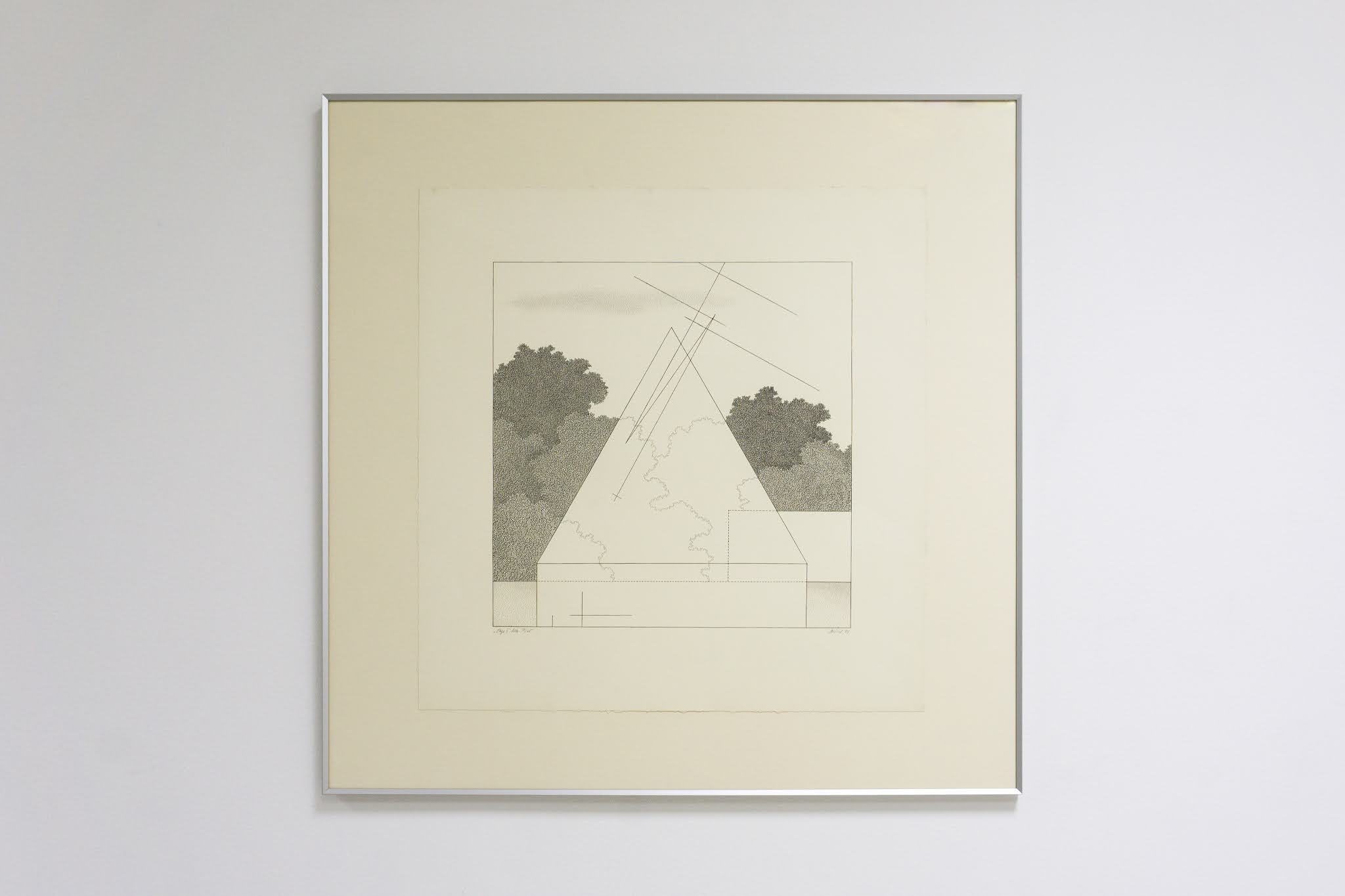 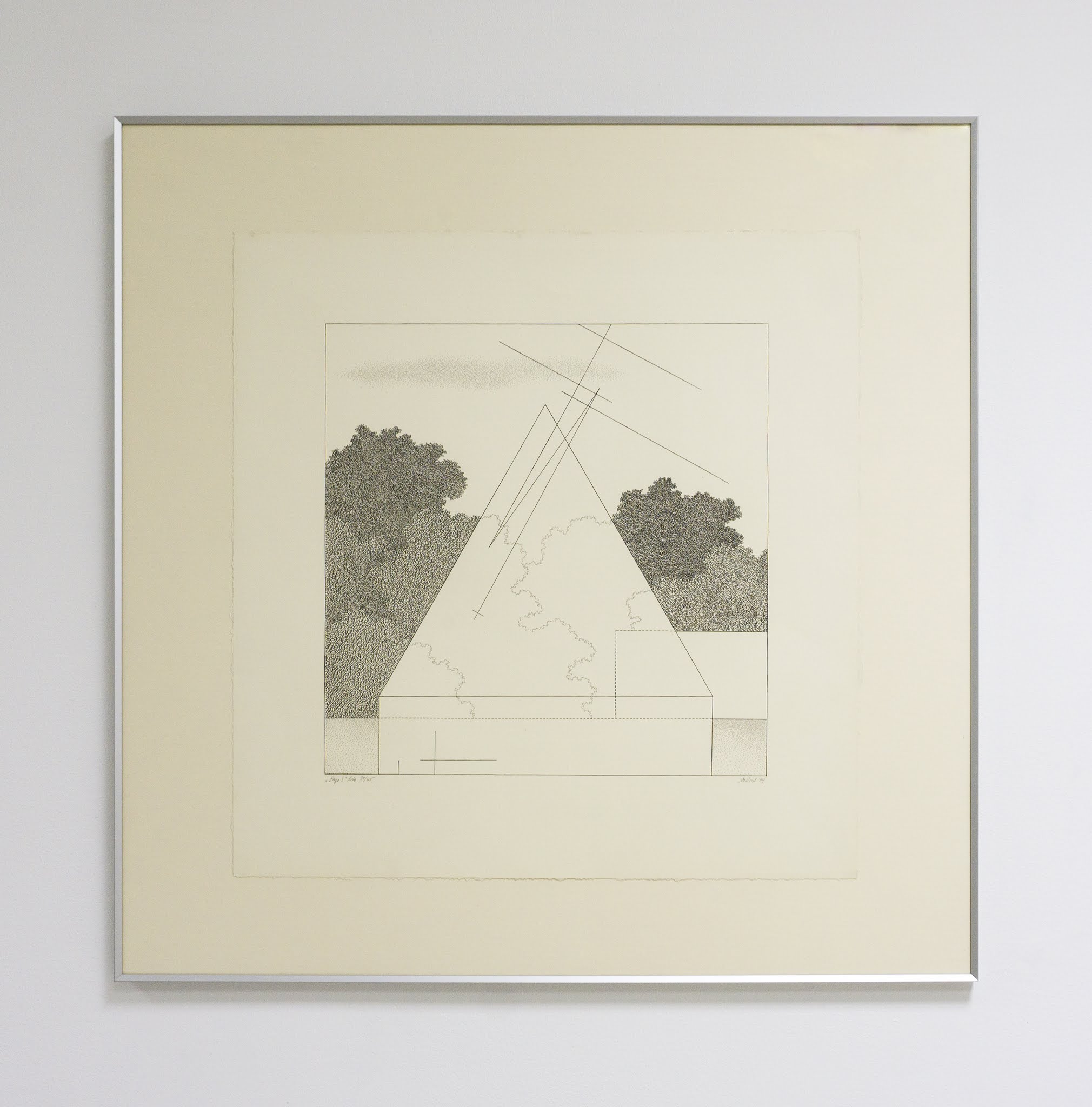 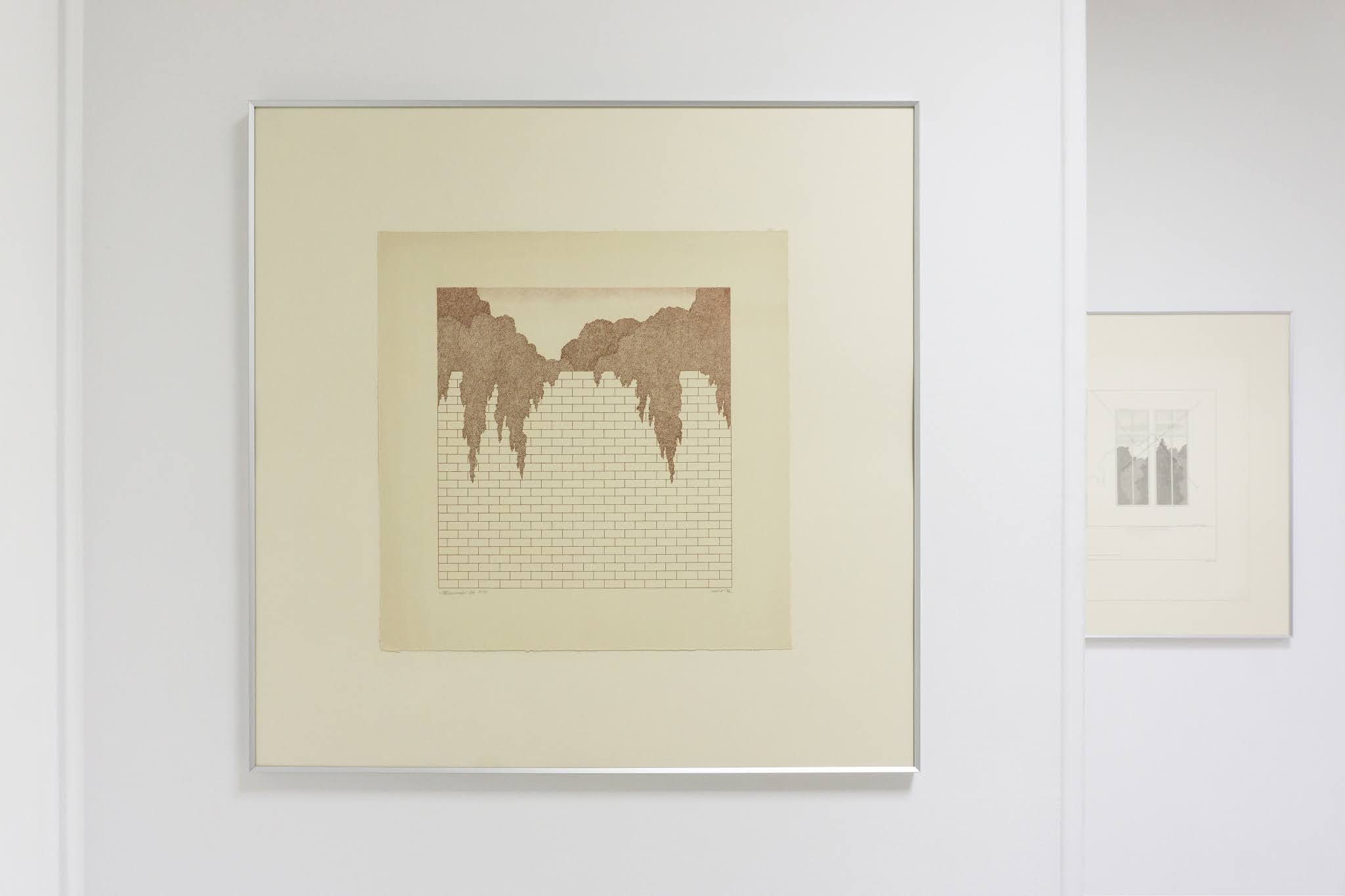 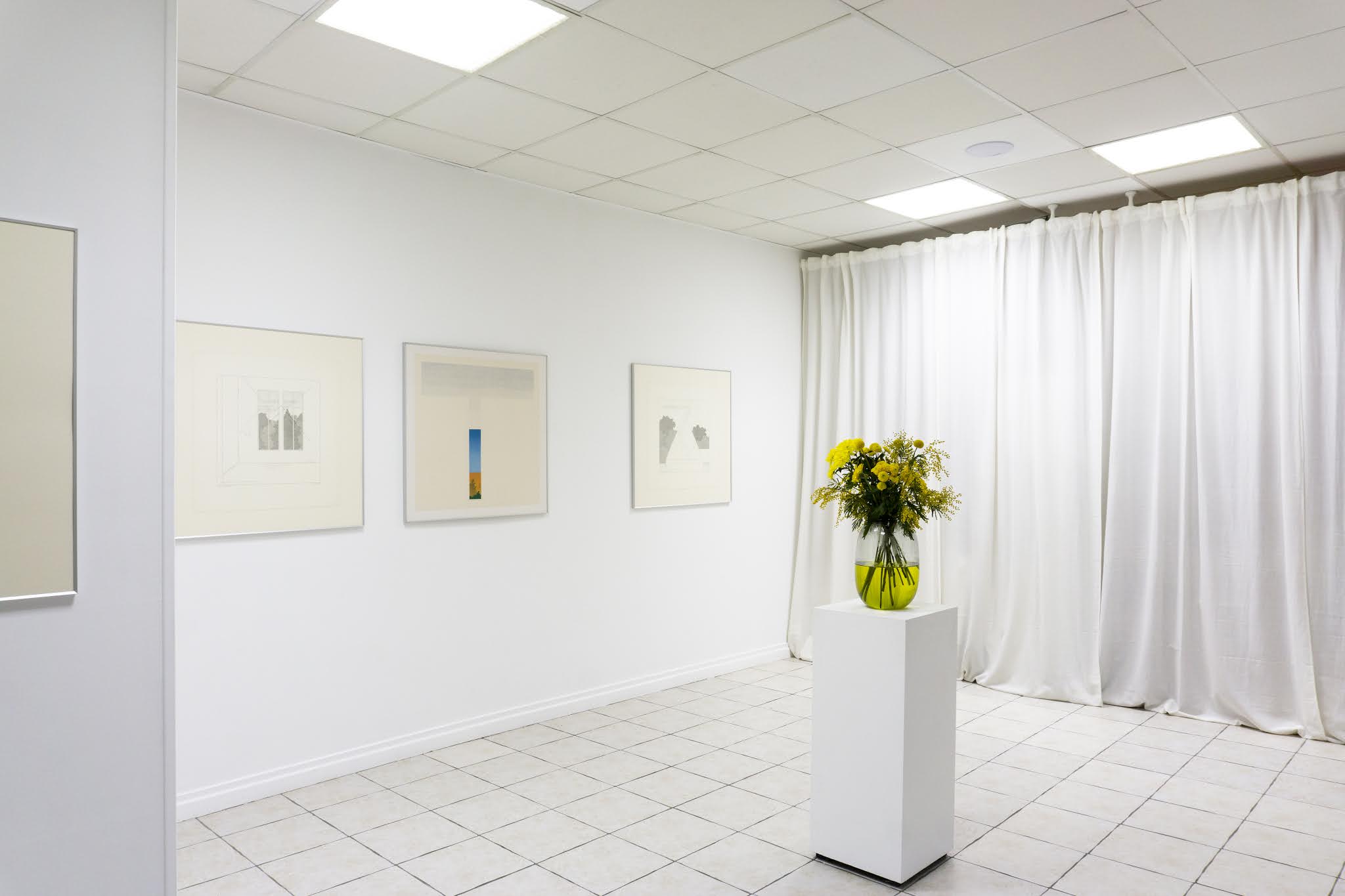 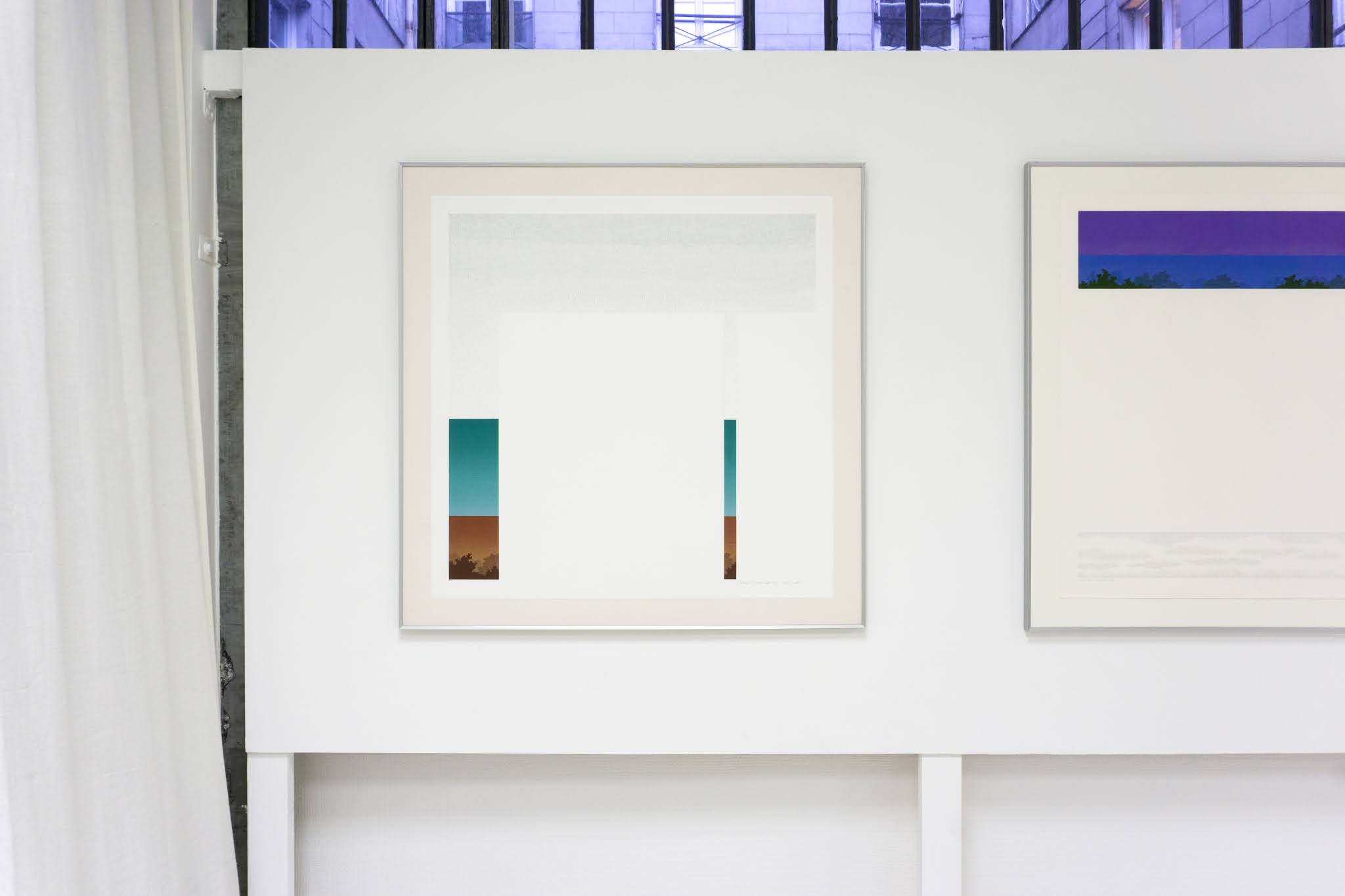 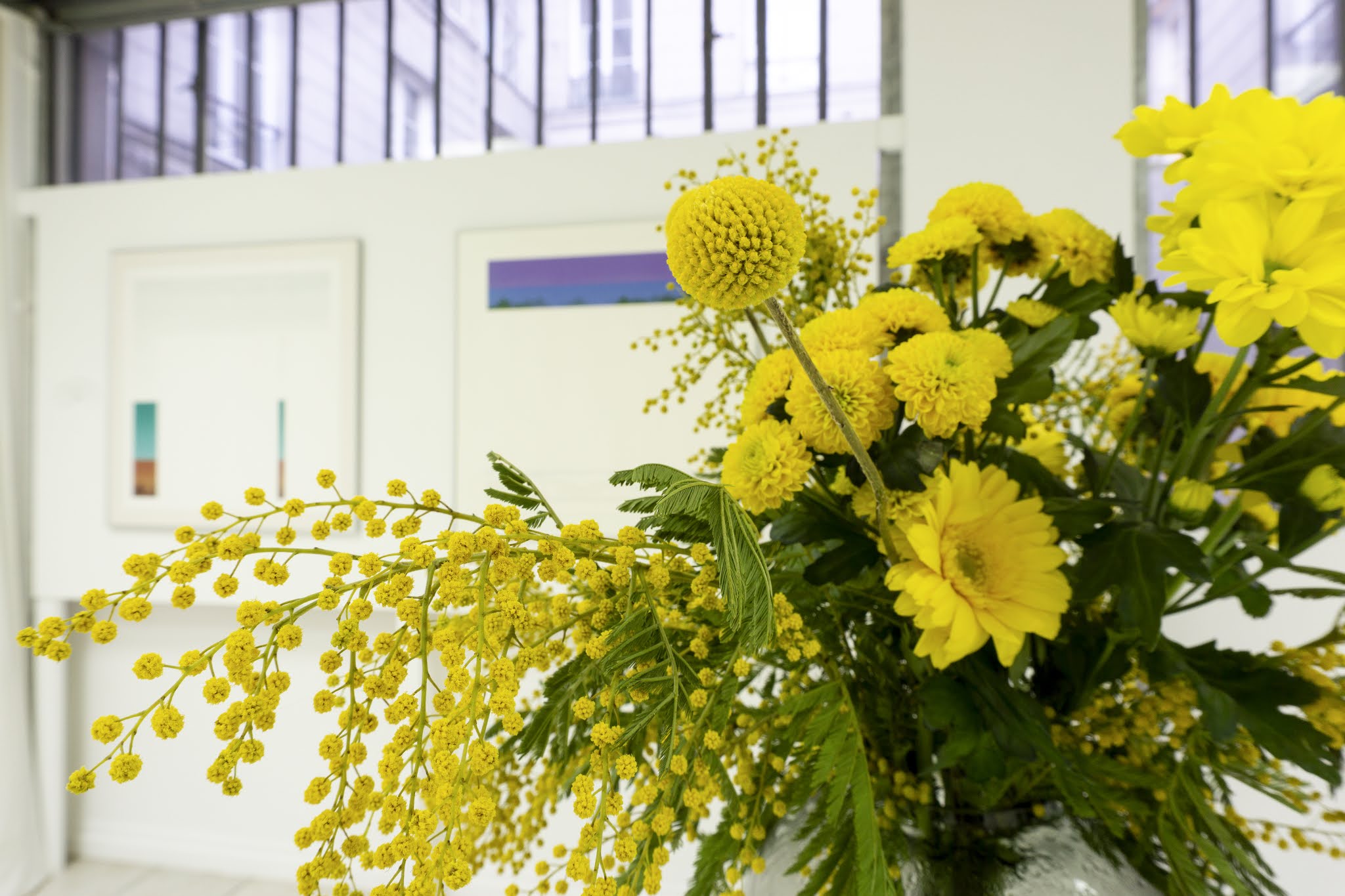 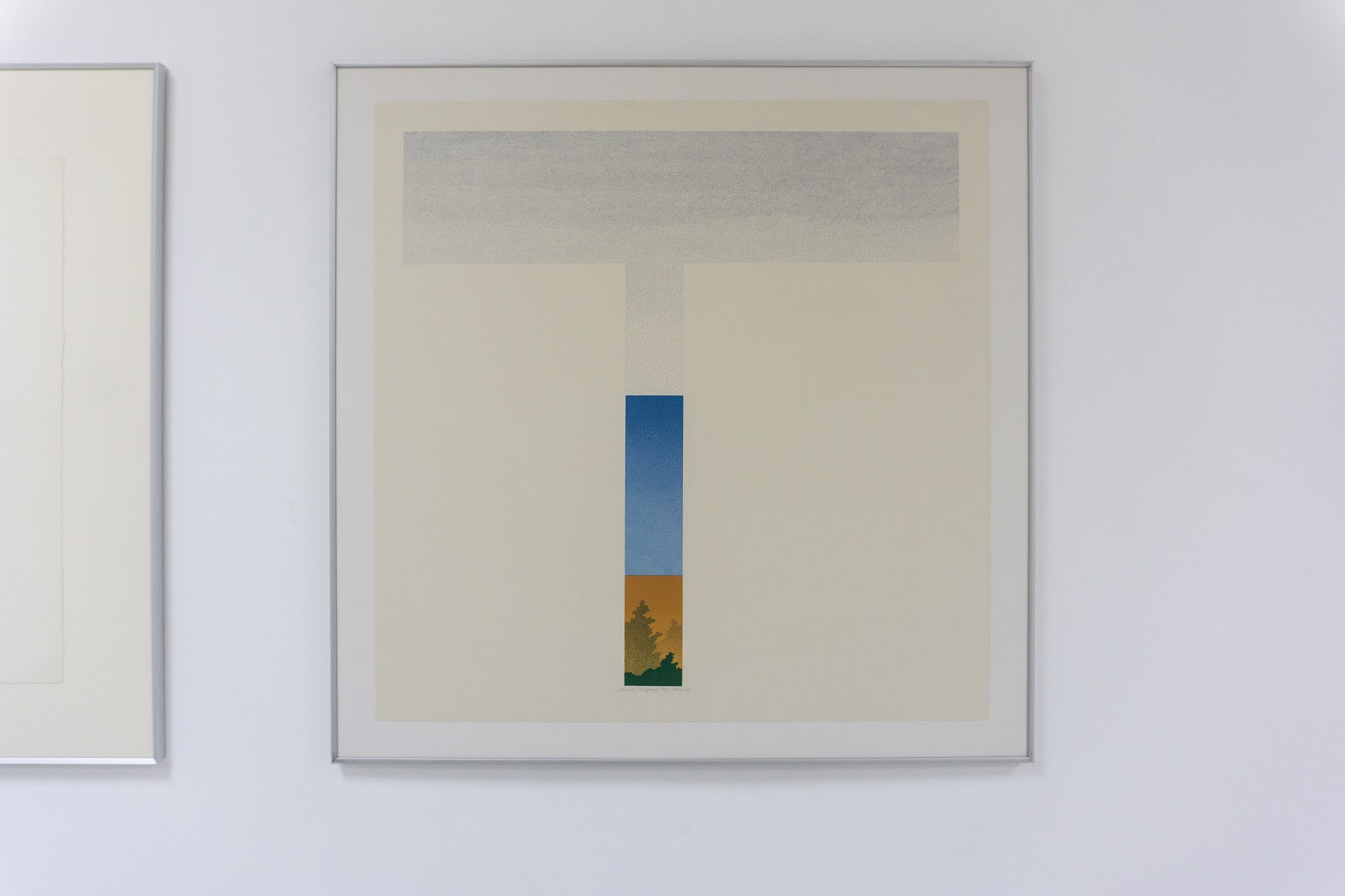 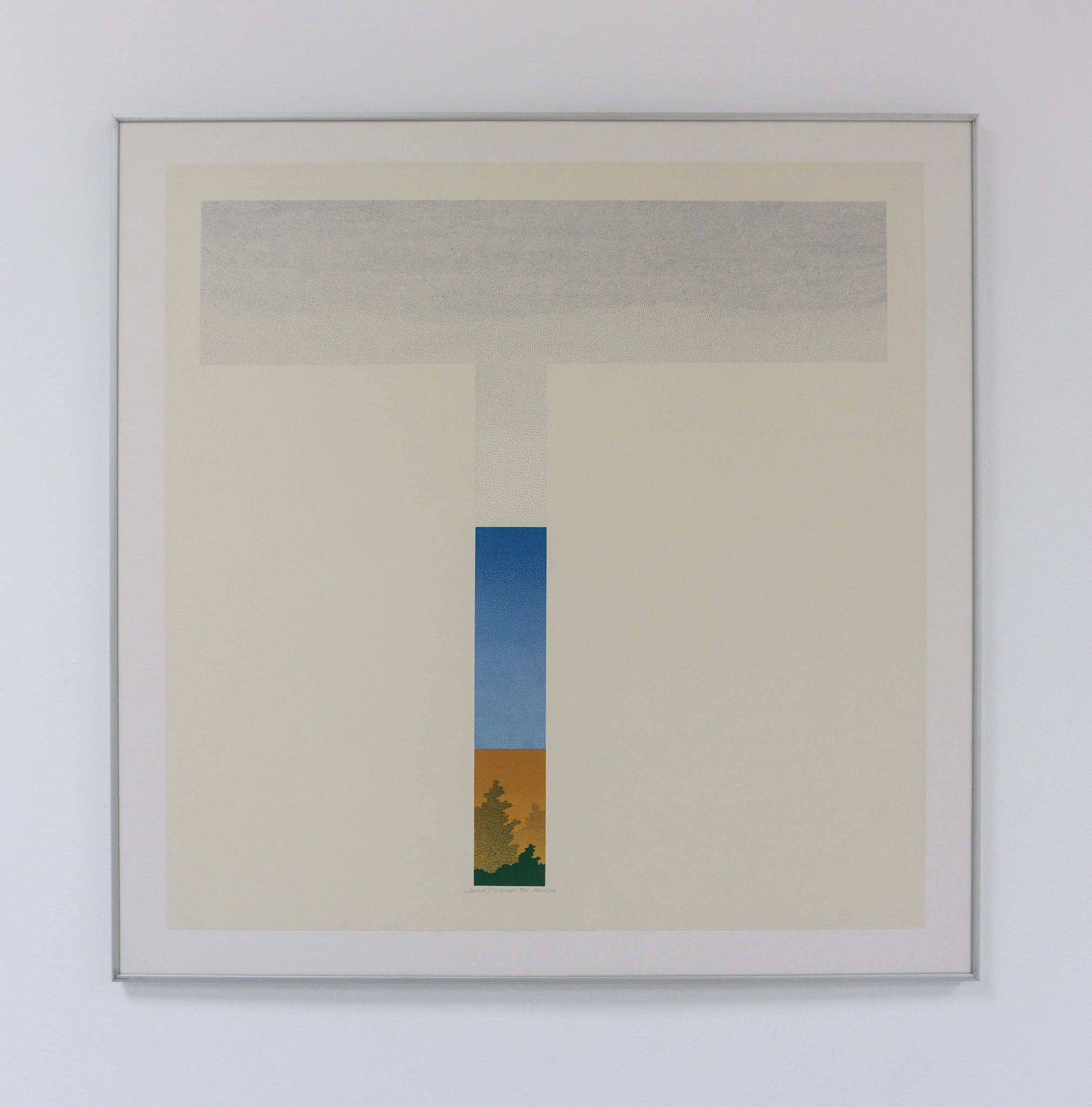 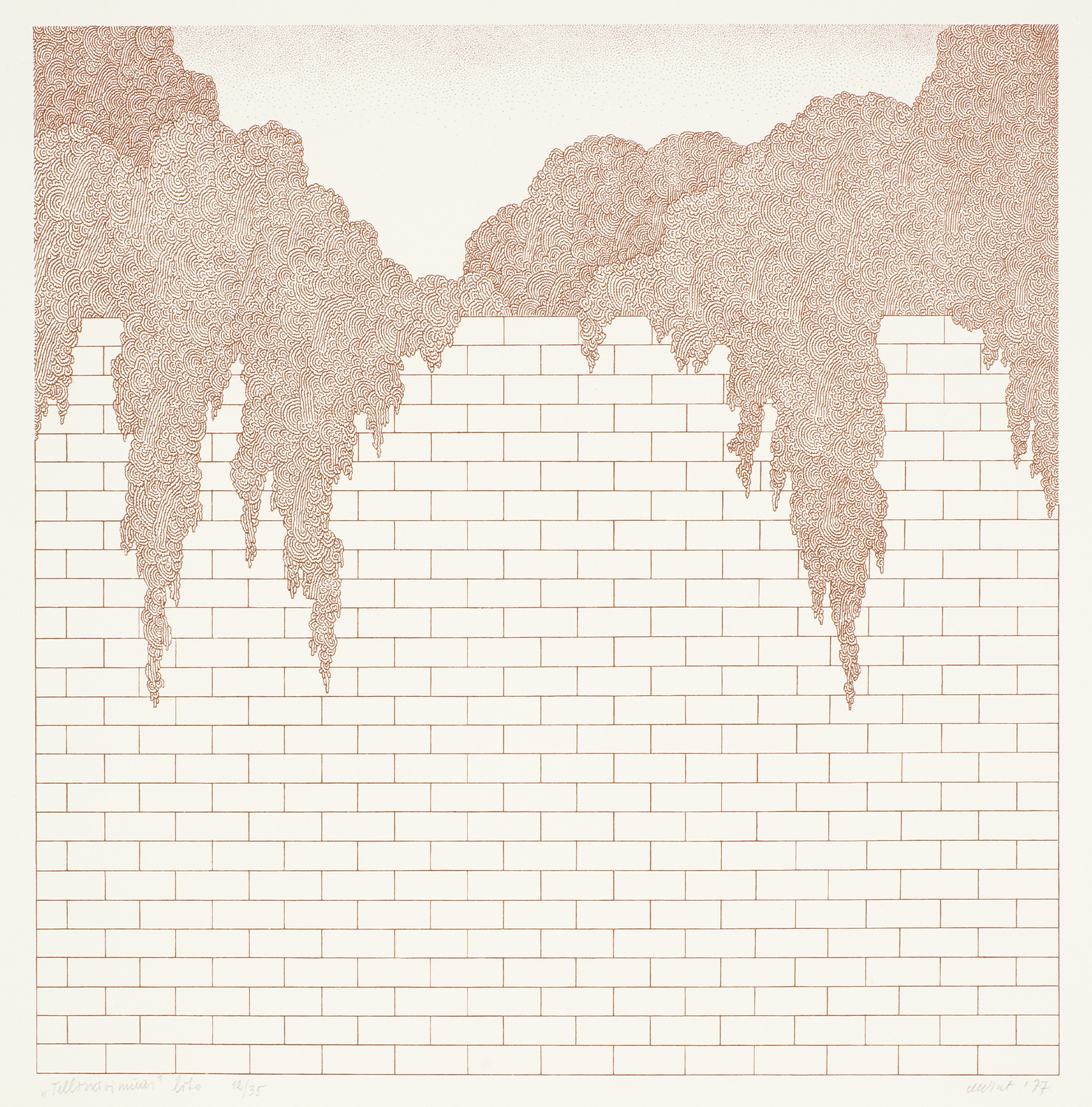 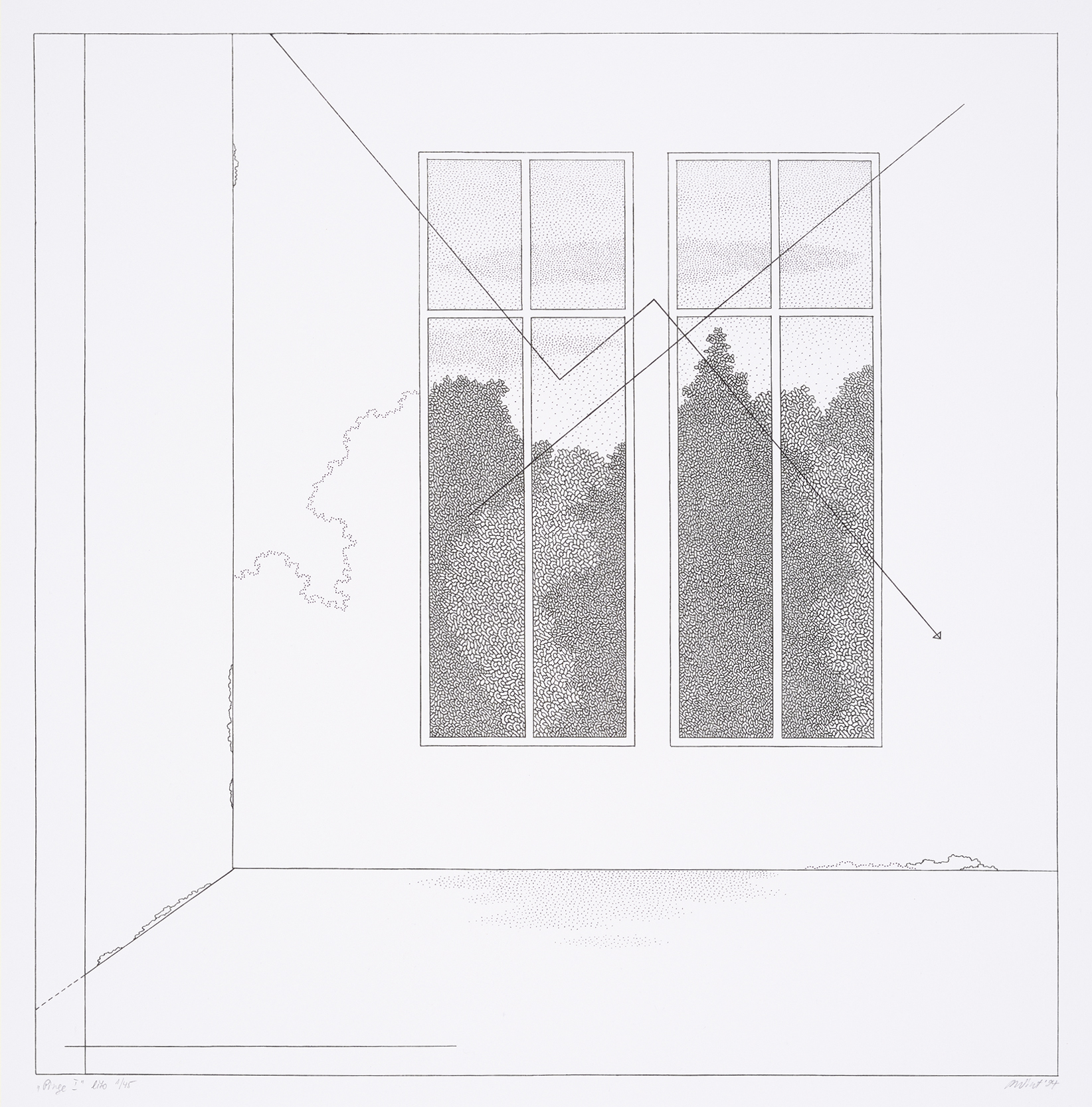 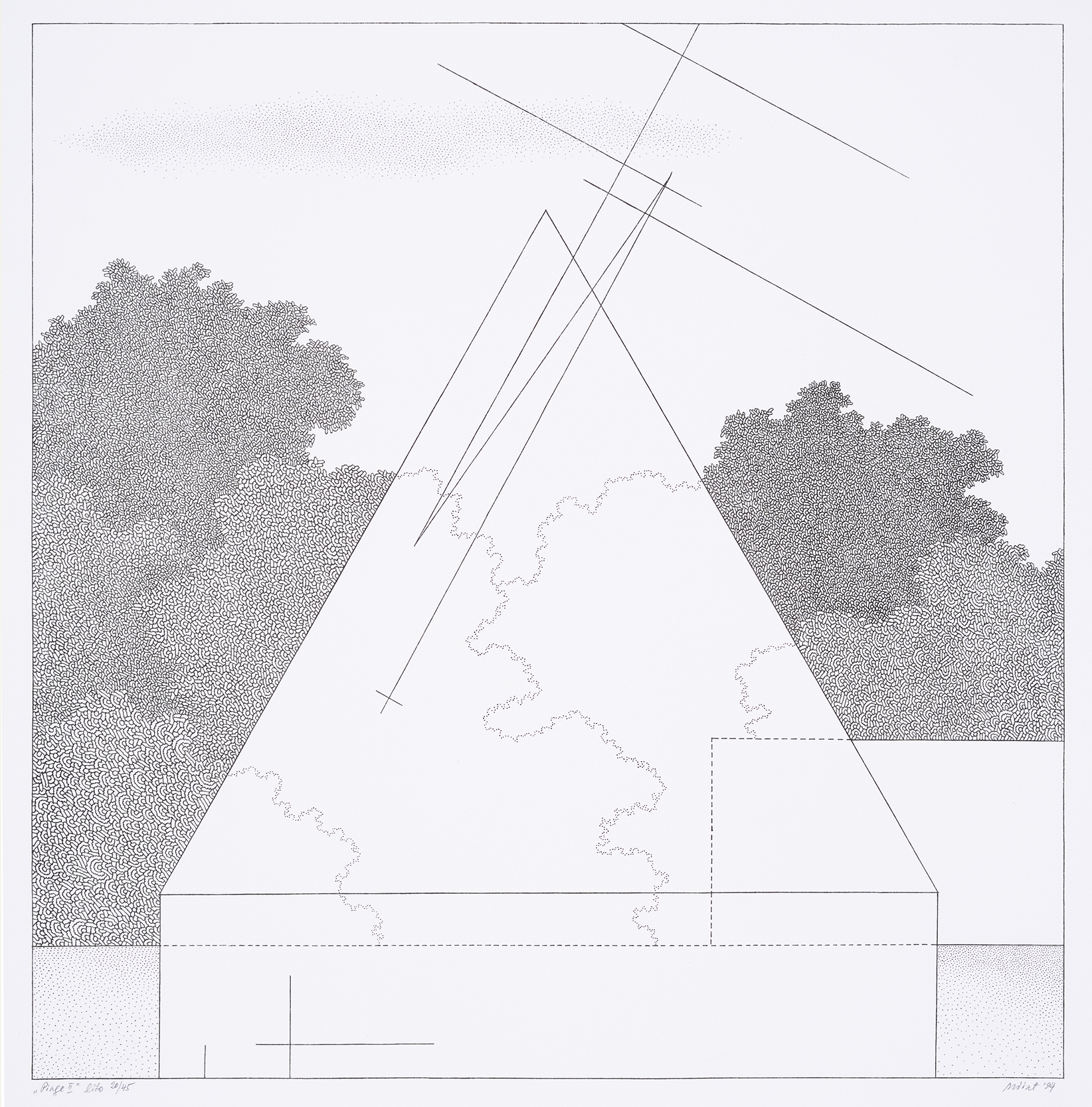 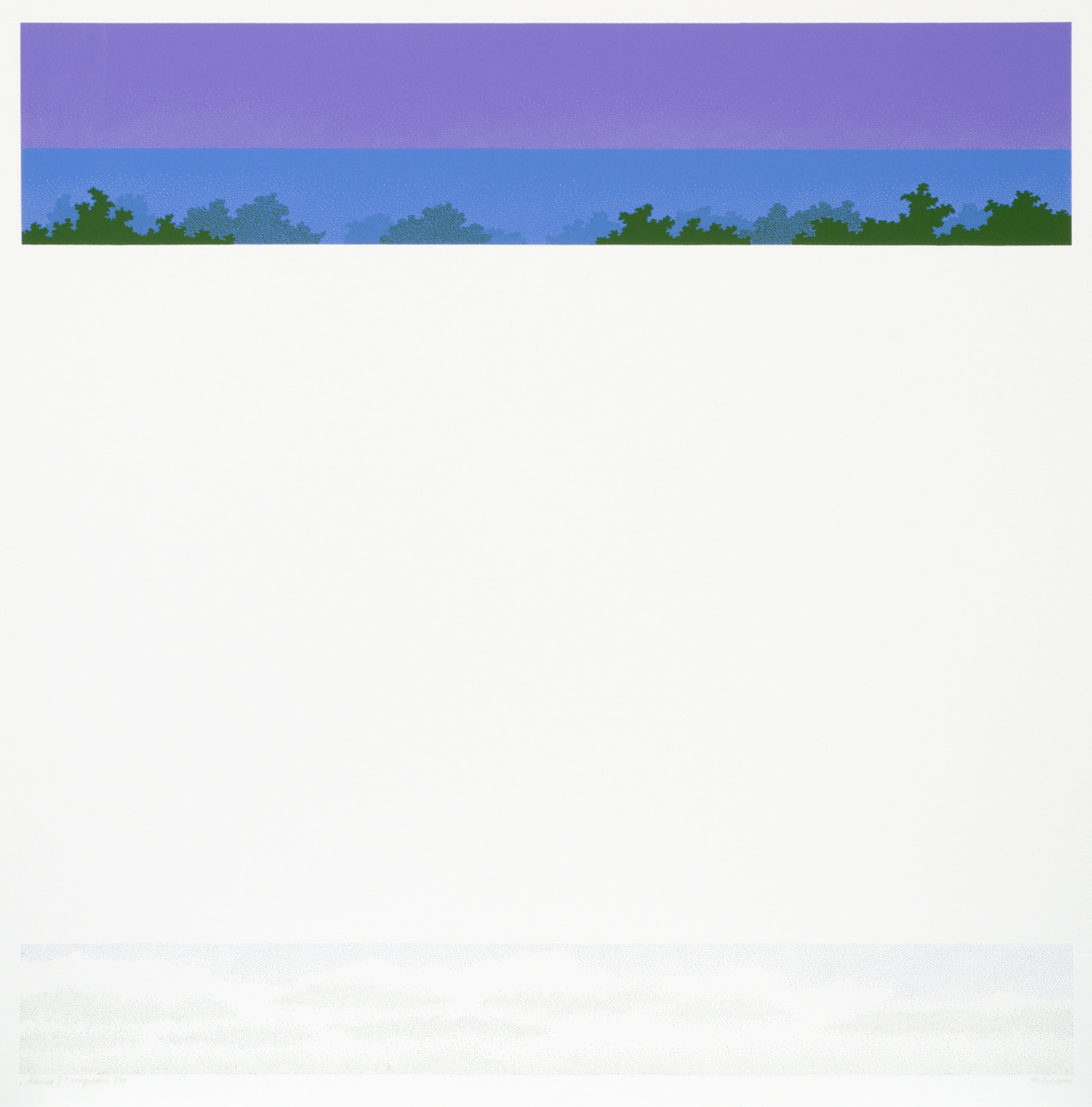 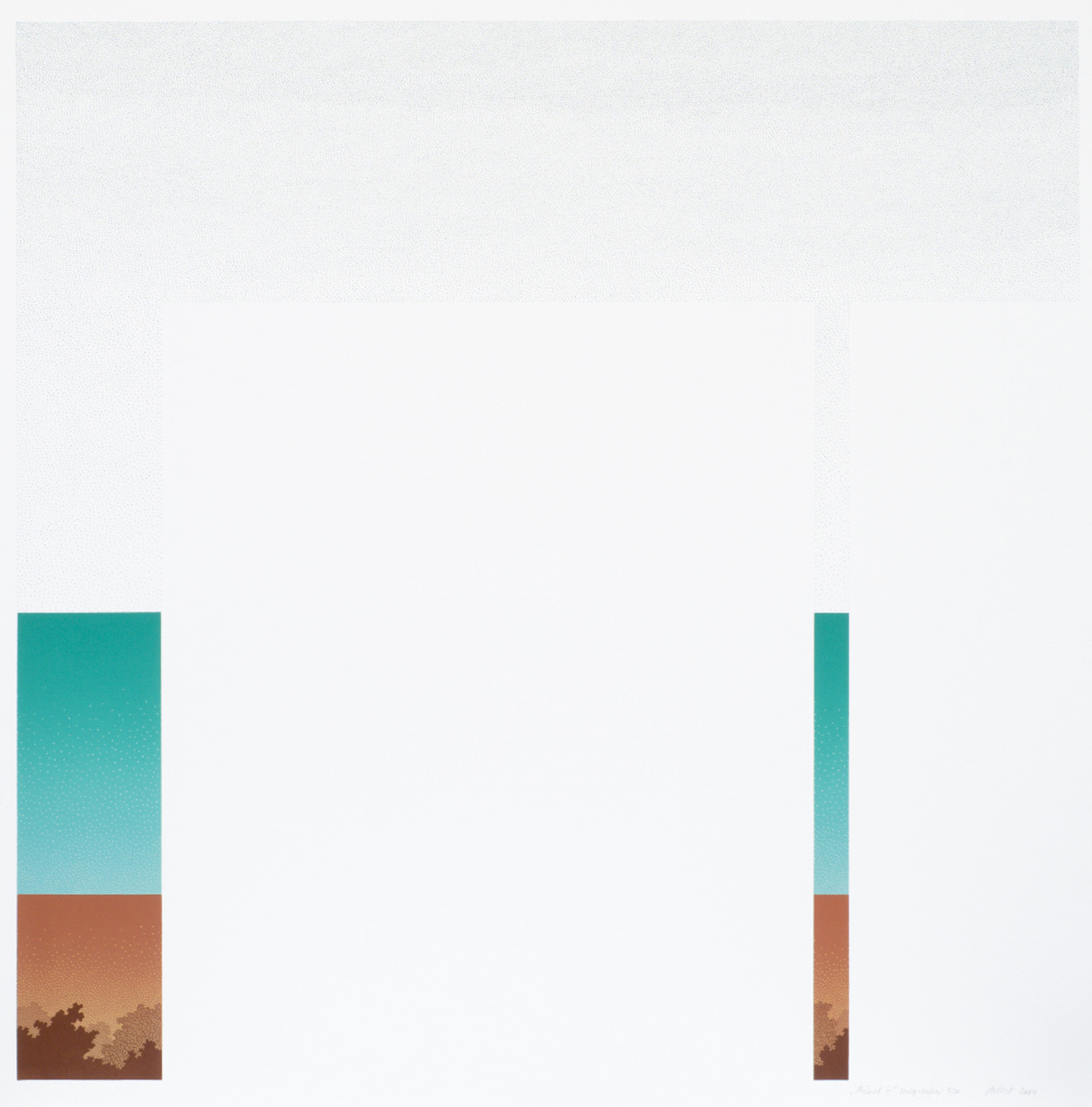 Mare Vint @ Goswell Road, curated by Francesco Tenaglia. Walls II, 2004 (serigraphy on paper)
Installation images courtesy and copyright of Goswell Road, work images courtesy and copyright of Art Museum of Estonia (AME), photography by
“This world could rightfully belong to Once upon a Time. A tough dimension, if you ask: by crushing conflicts, pacts, trades, discoveries, struggles that have followed one another in human history on the cloth of a painted backdrop which provides a generic setting, two results usually arise: the idealization of an indeterminate past, to be protected like a treasure—or even better: to be awakened from the ashes—or the melancholy lament for the loss of a golden age, which has been mourned for thousands of years now. But the world in front of our eyes does not belong to Once upon a Time.
Alternatively, it is a slice of life from the future: the perspective of a time traveler, an archaeologist, or a dreamer. We have already experienced the cult of ruins, which culminated in the production of artificial ruins for the patrician gardens of Northern Europe: this phenomenon is also useful—thanks to the propulsive effect of sinking into time and the deformation in space of certain architectures—to project the “true” and the “beautiful” into an elsewhere. Here, however, nothing seems to crumble or be in a state of abandonment.
The romantics believed that the artist and nature were in a relationship of correspondence, of spiritual interpenetration: the stimmung, a very acute sensitivity, which tore the world from the realm of the “objective”, of the “material” and invited reflections on the ineffable, on the immeasurable, on the very nature of human beings. The metaphysical painters wanted to establish this relationship with cities too: in their favour, urban planning focused on perspectives, and prioritized civil forums and centres of (public) assembly. In this world, however, nature is conflated with the constructions of men. Branches surround or devour buildings whose function is not always crystal clear. And we too, the implicit points of view, are invited to a perfect congruence with the timeless and motionless panorama, rather than to seek emotional correspondences with it.
We are left with this world, the images that compose it are the moments of its momentary persistence saved on paper. Scrolling chronologically through Mare Vint’s production we witness —in the images pouring into other images, in their memories reincarnated into slightly different memories—the mutation that, even in our mind, produces monuments out of remembrances or suggestions.”
Francesco Tenaglia, text extract from the publication Nothing but Time edited by Tenaglia, published by Goswell Road for the exhibition.
-
Mare Vint (1942-2020) was an Estonian artist whose work mostly focuses on the depiction of “ideal landscapes,” in an attempt to capture a perfect synthesis between nature and man-made structures, allowing her to create scenes which appear familiar to viewers, but which do not exist in reality. Vint’s emergence in the late 1960s coincided with changes in the strict political regime of the Soviet Union which also brought about a shift in the Estonian art scene. Mare Vint was part of the local avant-garde movement which had close connections to the Russian underground artists of the era. During 1970s and 1980s, Vint participated extensively in international biennials, despite the fact that the Soviet Union prohibited artists from sending their works abroad.
Francesco Tenaglia writes about culture for Italian and international magazines. He is the artistic director of Sgomento Zurigo exhibition space (Zurich) and organizes exhibitions: among the most recent Il Ghirigoro (Los Angeles, 2020); 1550 San Remo Drive (Athens, 2020); Il Sindaco del Rione Sanità (Naples, 2020) and Cosmopolitan Haze (Berlin, 2020). He is on the board of the non-profit space Almanac Projects (London and Turin) for which he organizes a series of conversations on curating, he teaches Critical Writing at the Nuova Accademia di Belle Arti in Milan.
Nothing but Time is produced and organized in collaboration with the Estonian Centre for Contemporary Art, Tallinn, Estonia (cca.ee). The exhibition is supported by the Estonian Centre for Contemporary Art, the Estonian Cultural Endowment and the Estonian Embassy in Paris.
Tags Francesco Tenaglia, Goswell Road, Mare Vint, Paris