Part of Luleåbiennalen 2020: Time on Earth 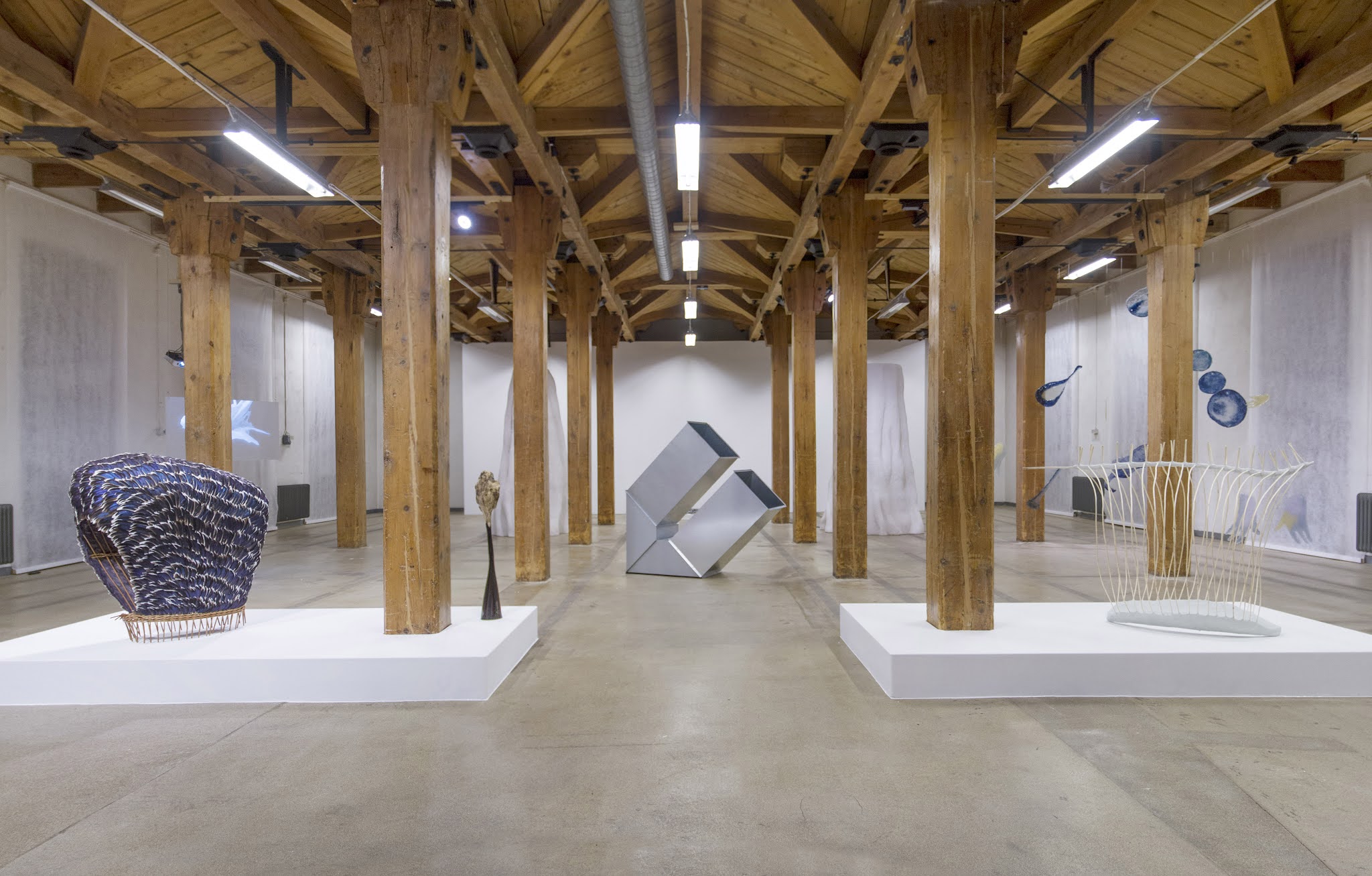 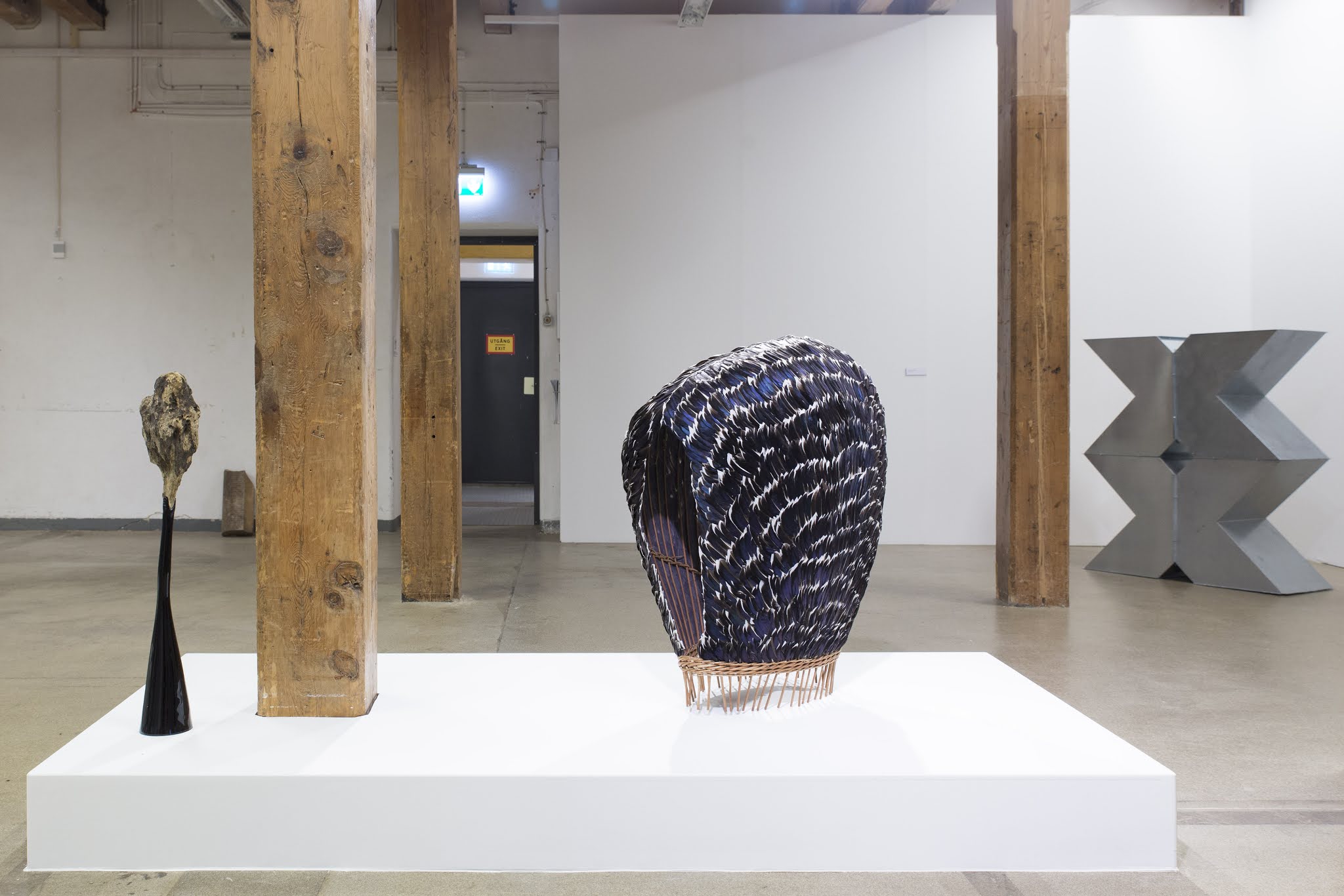 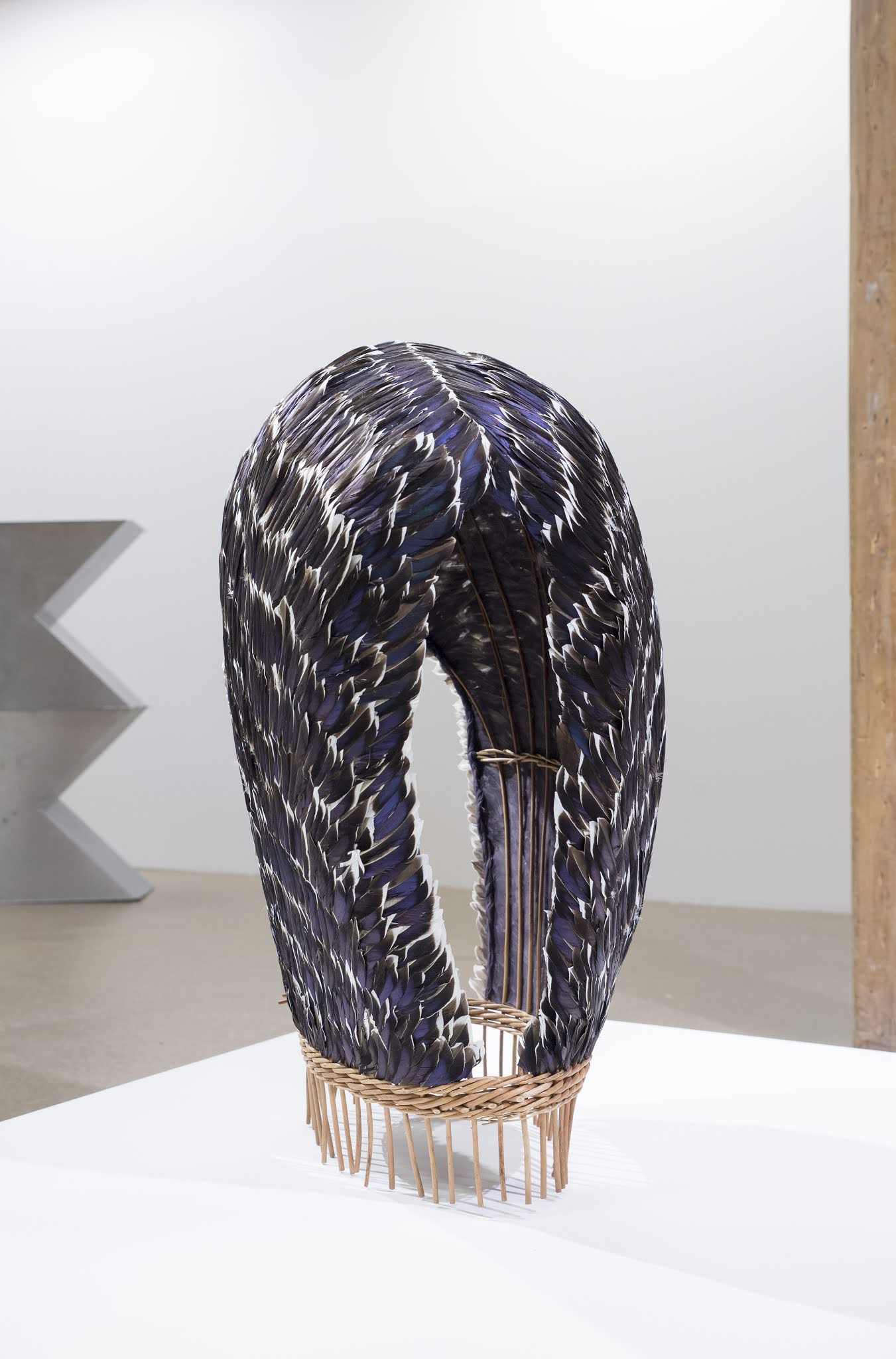 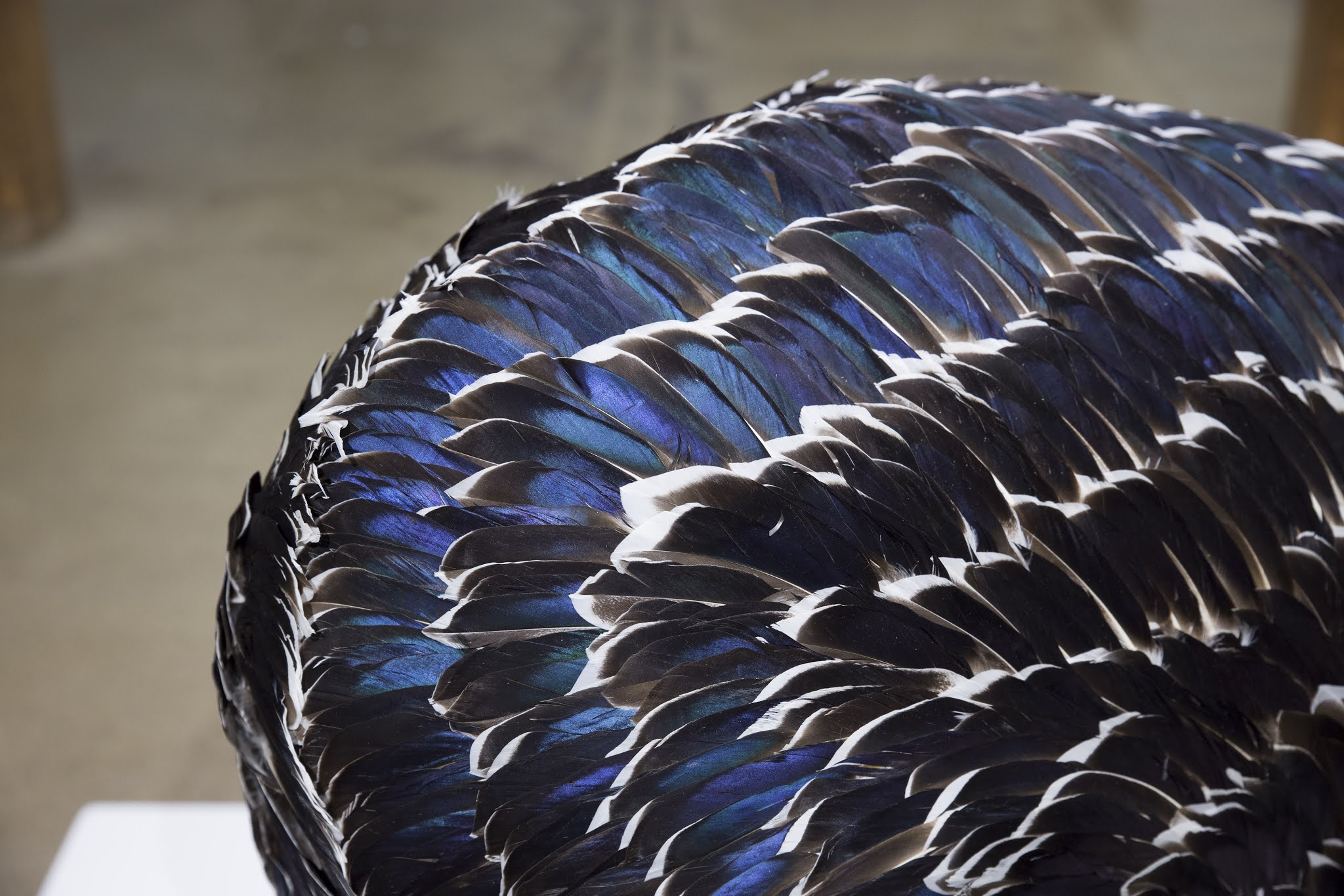 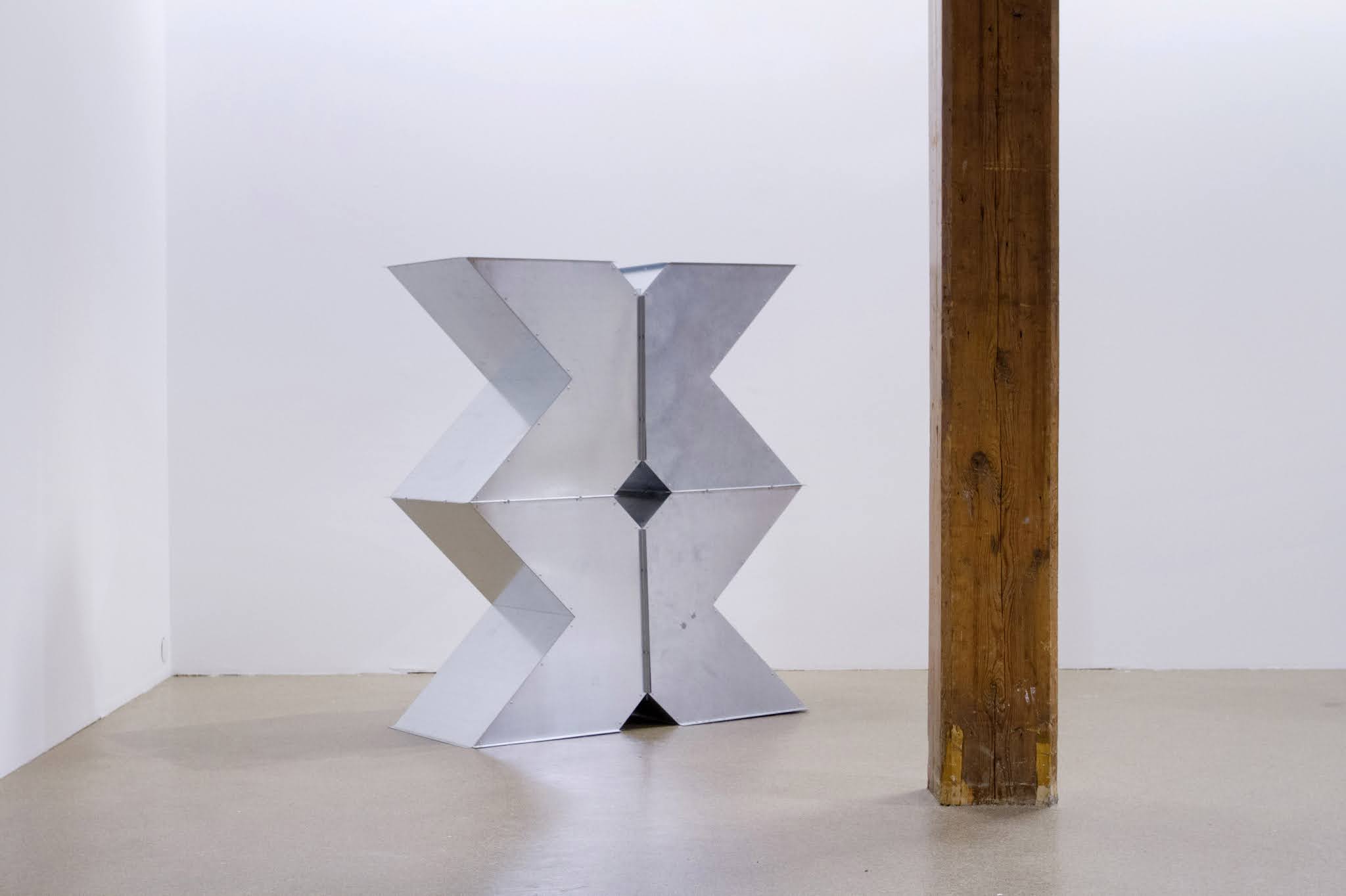 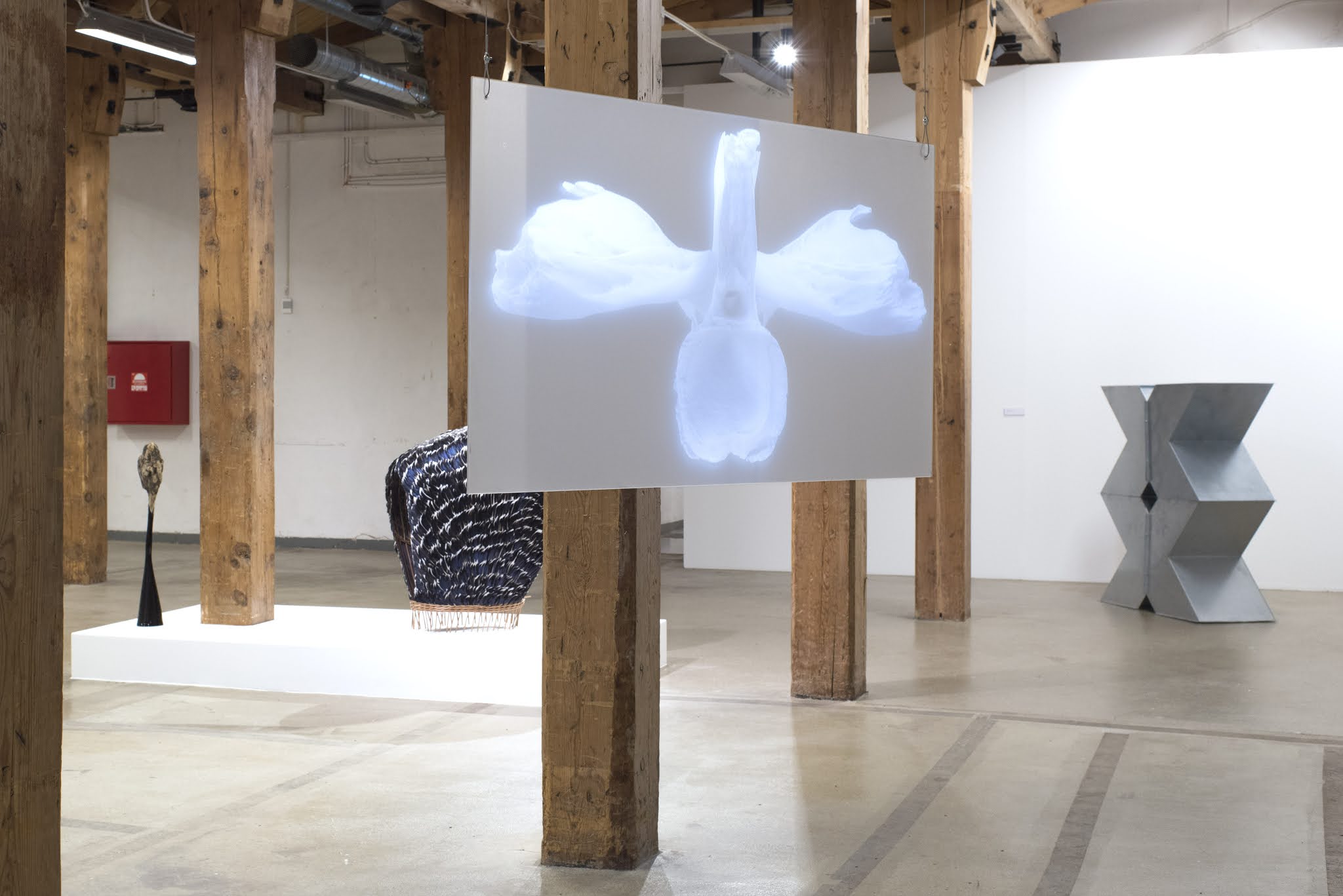 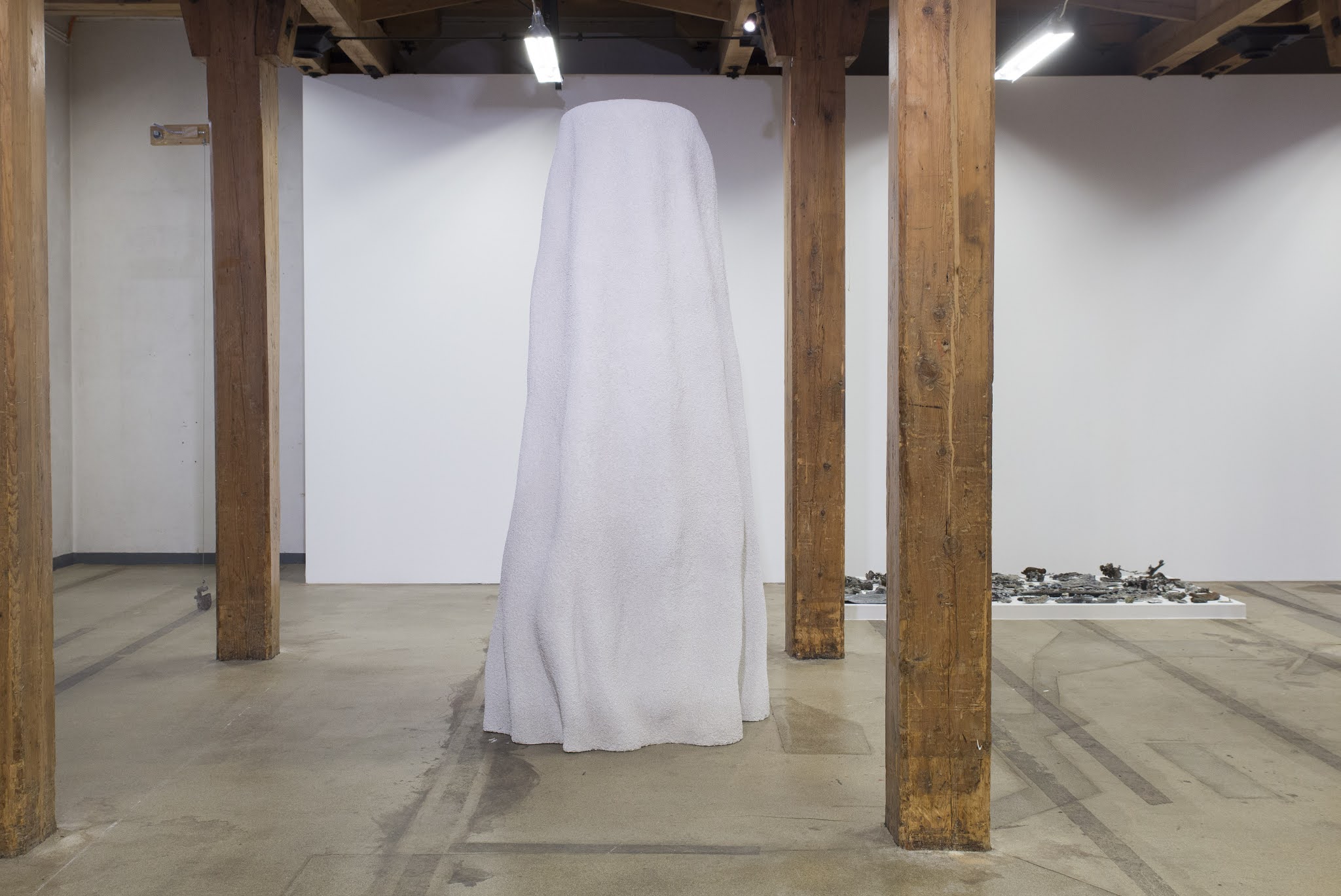 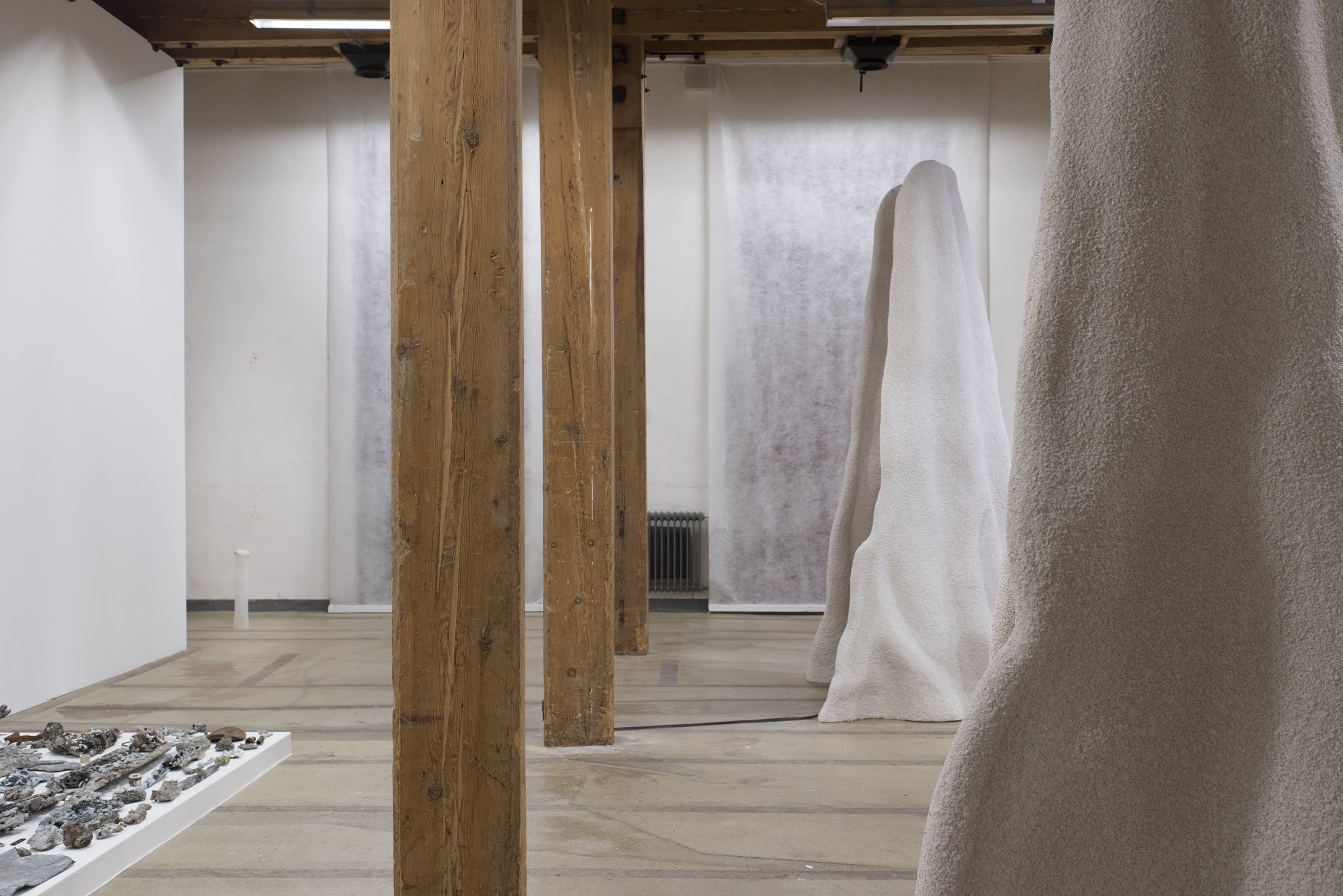 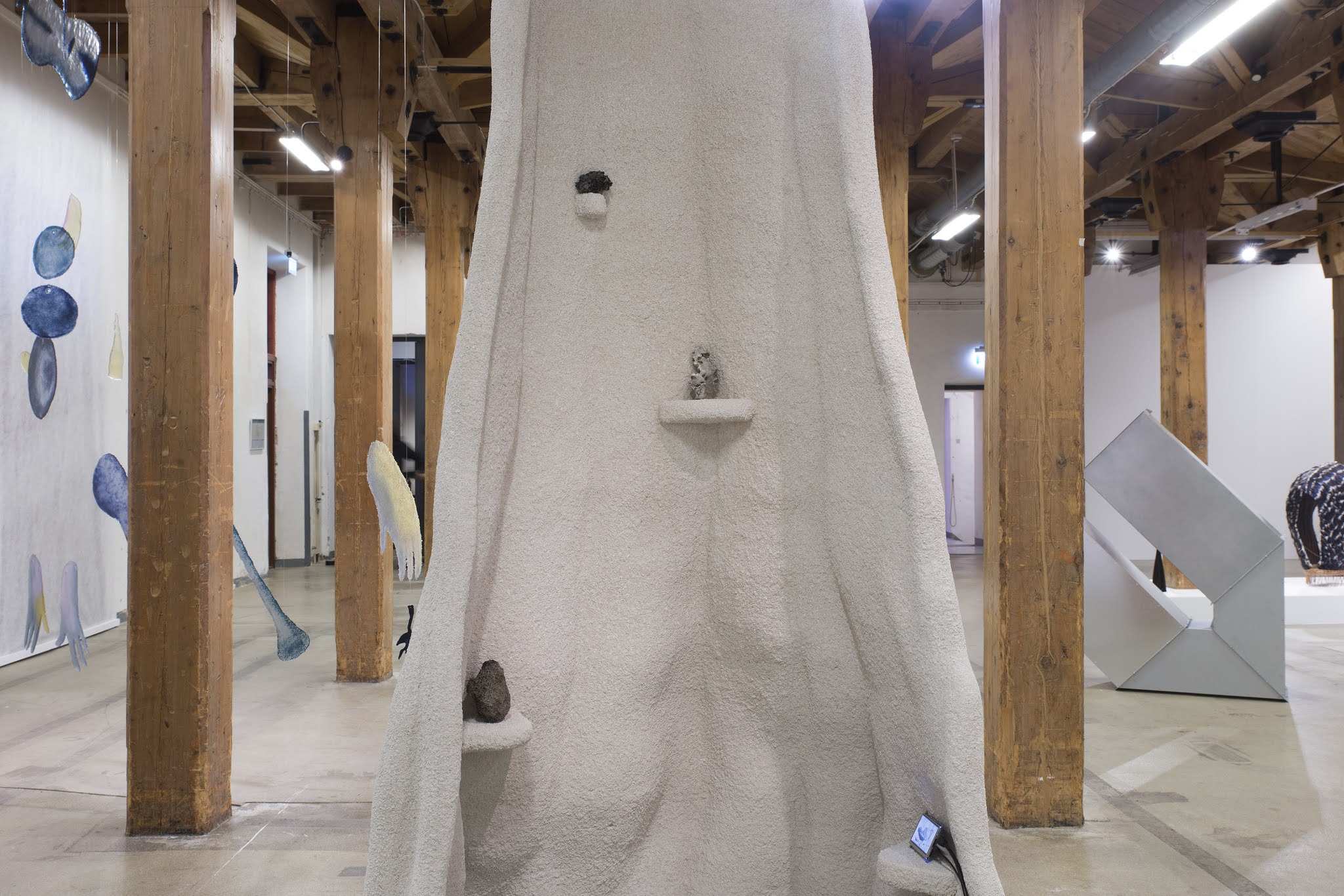 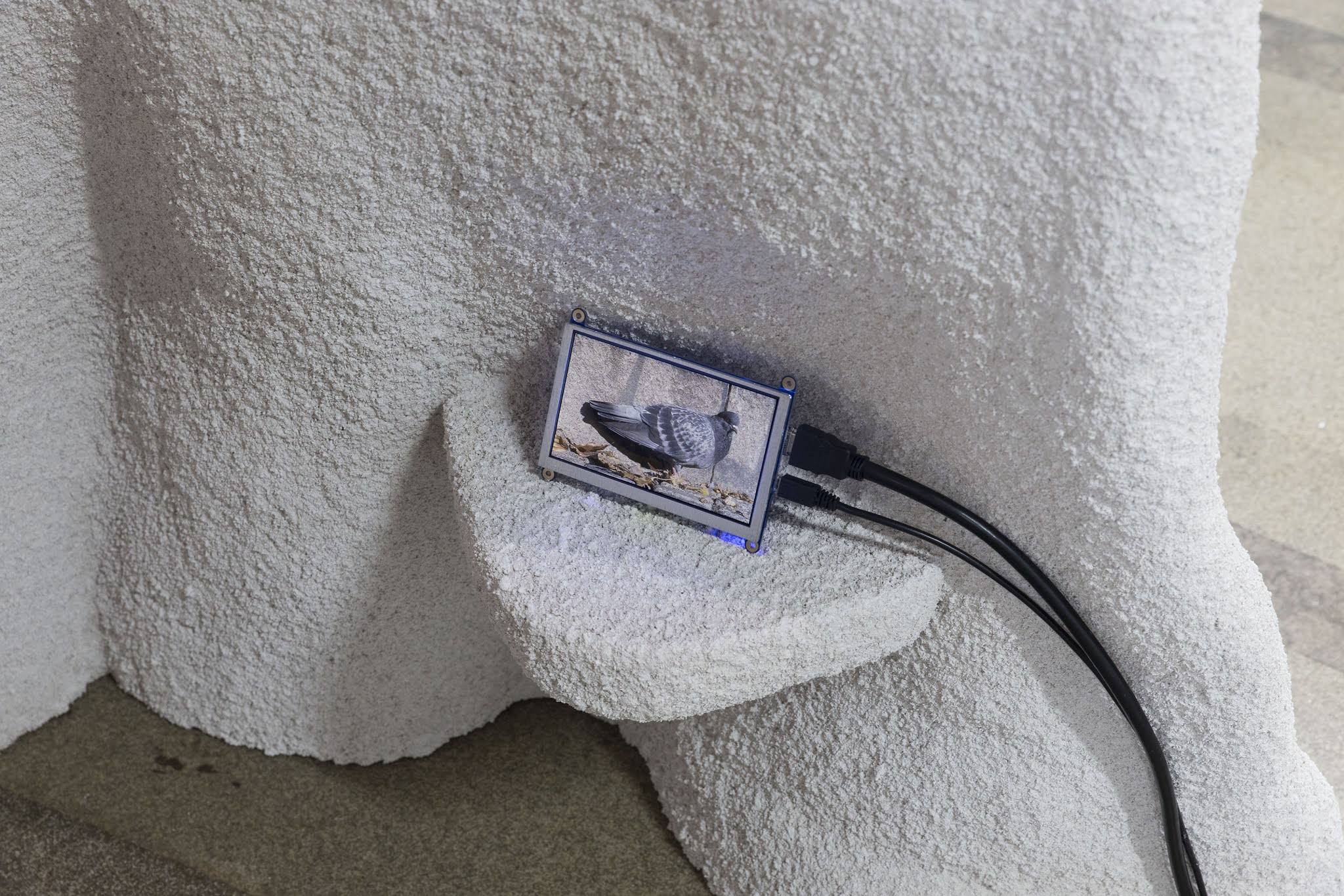 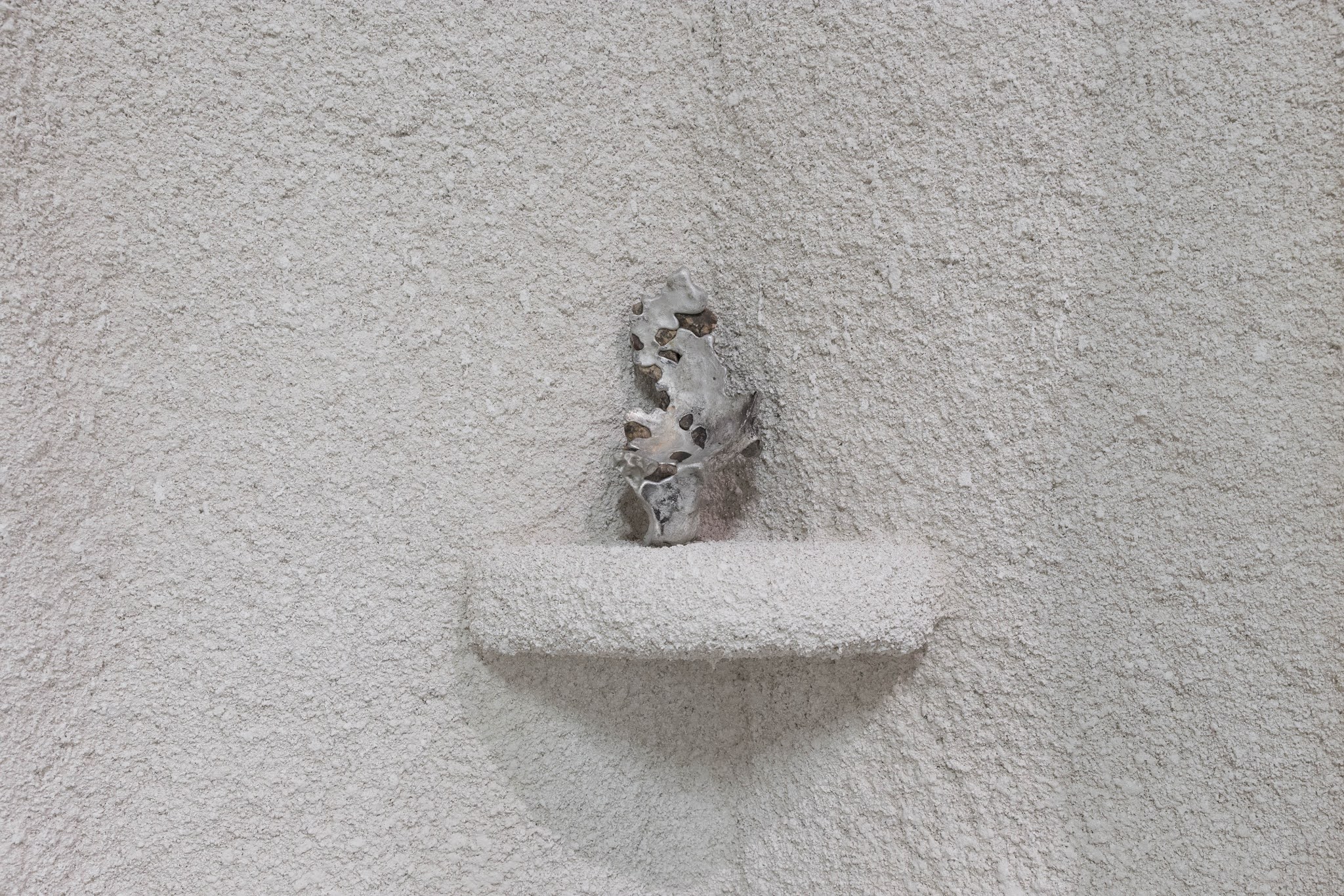 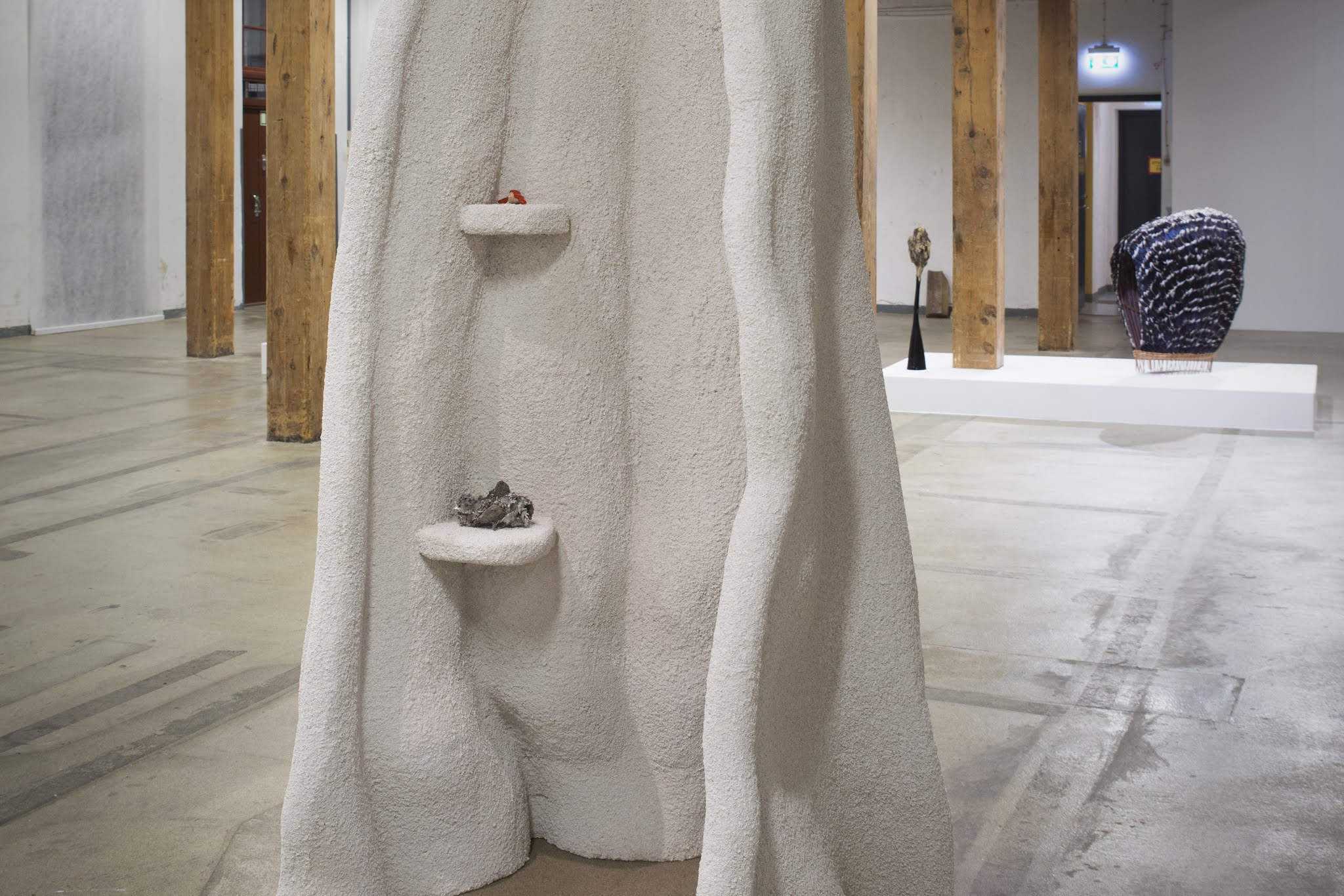 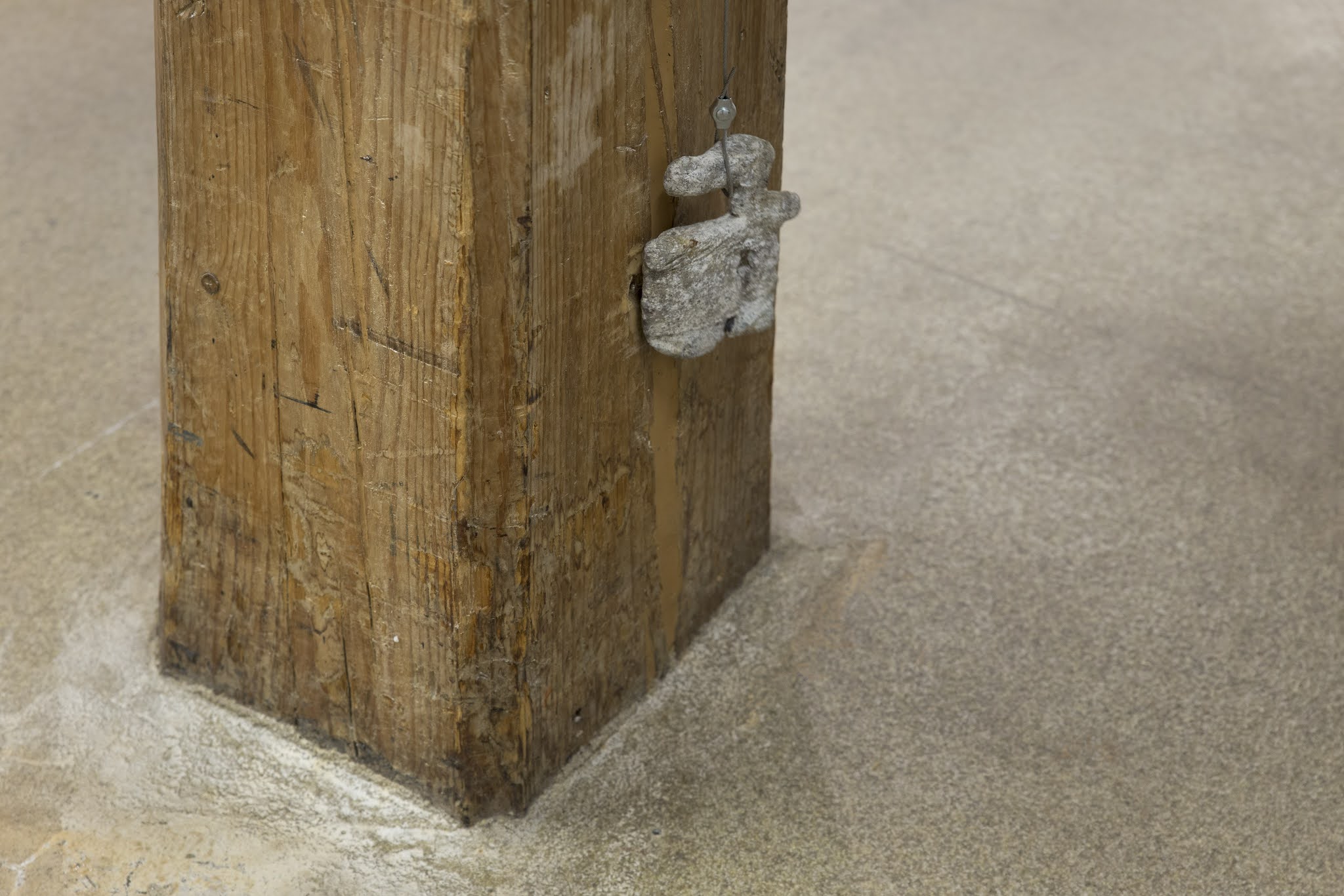 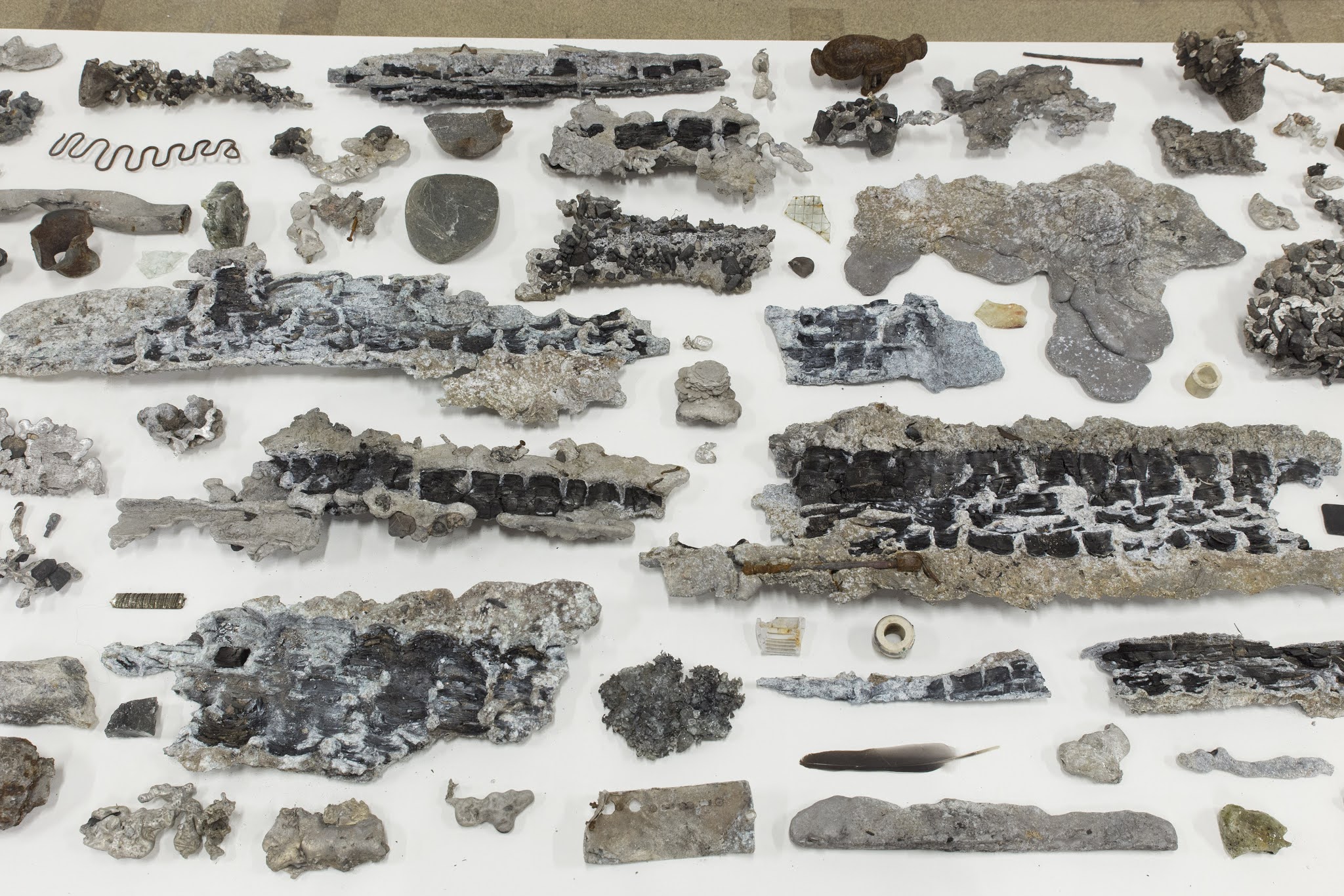 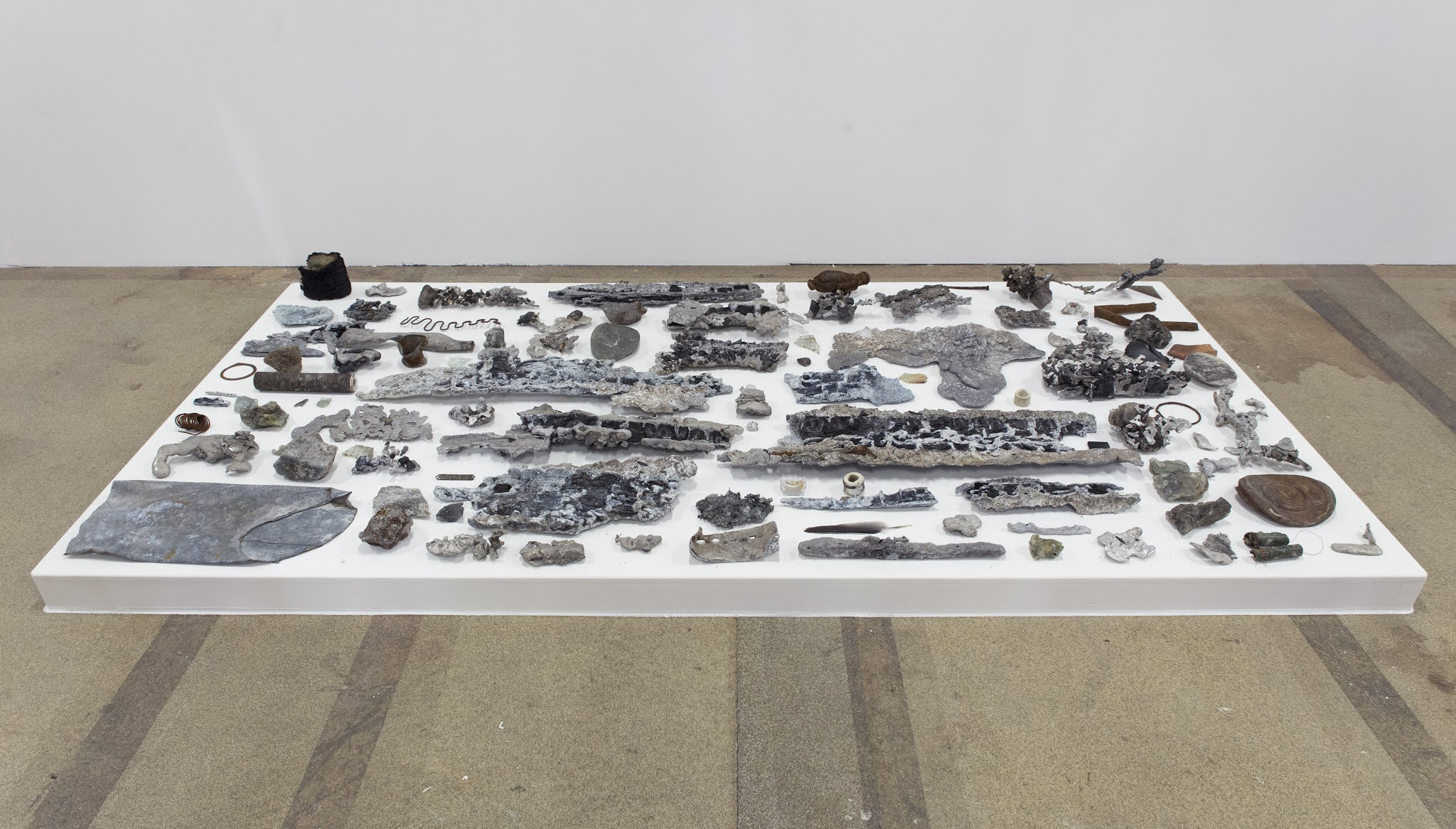 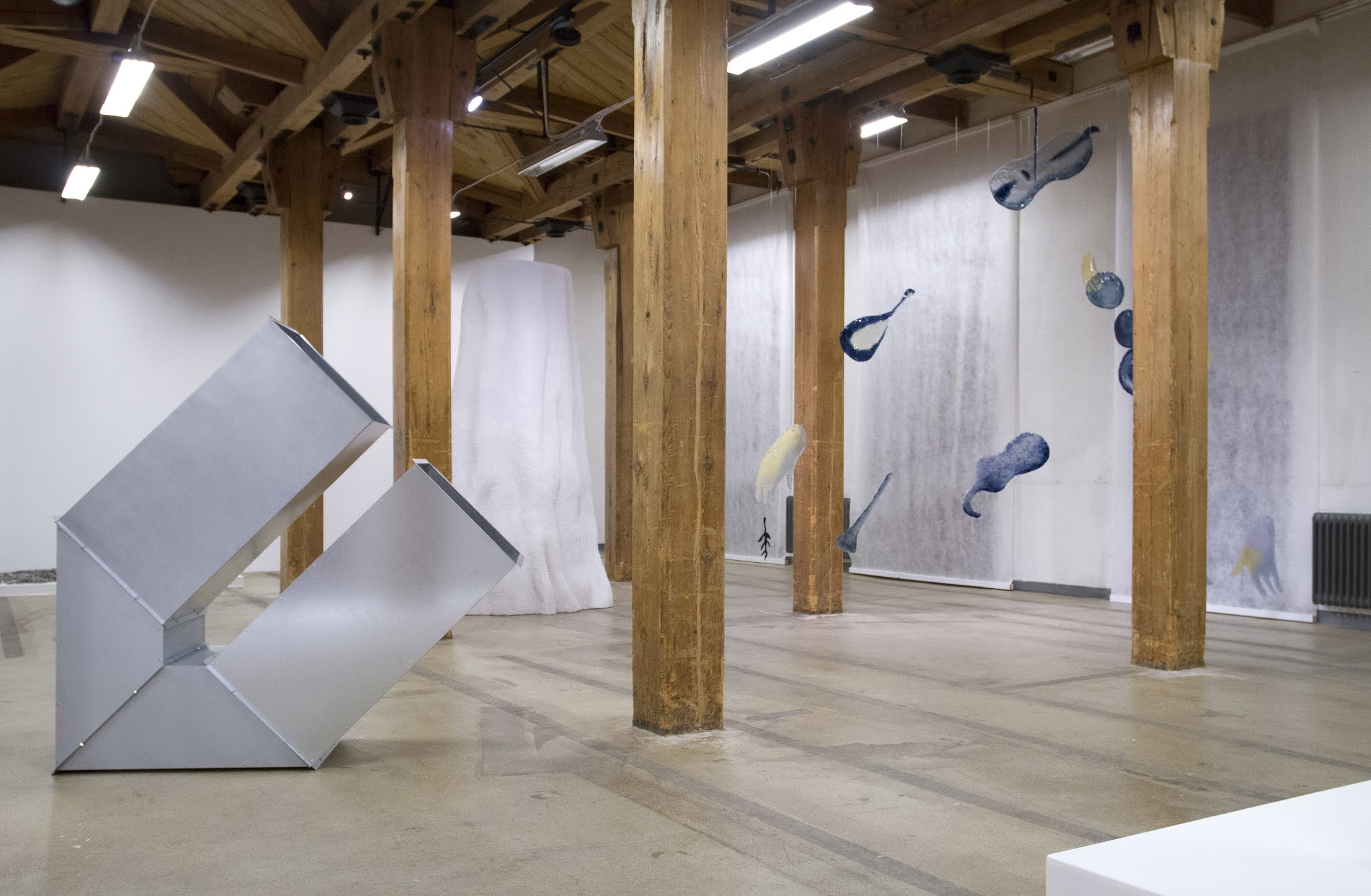 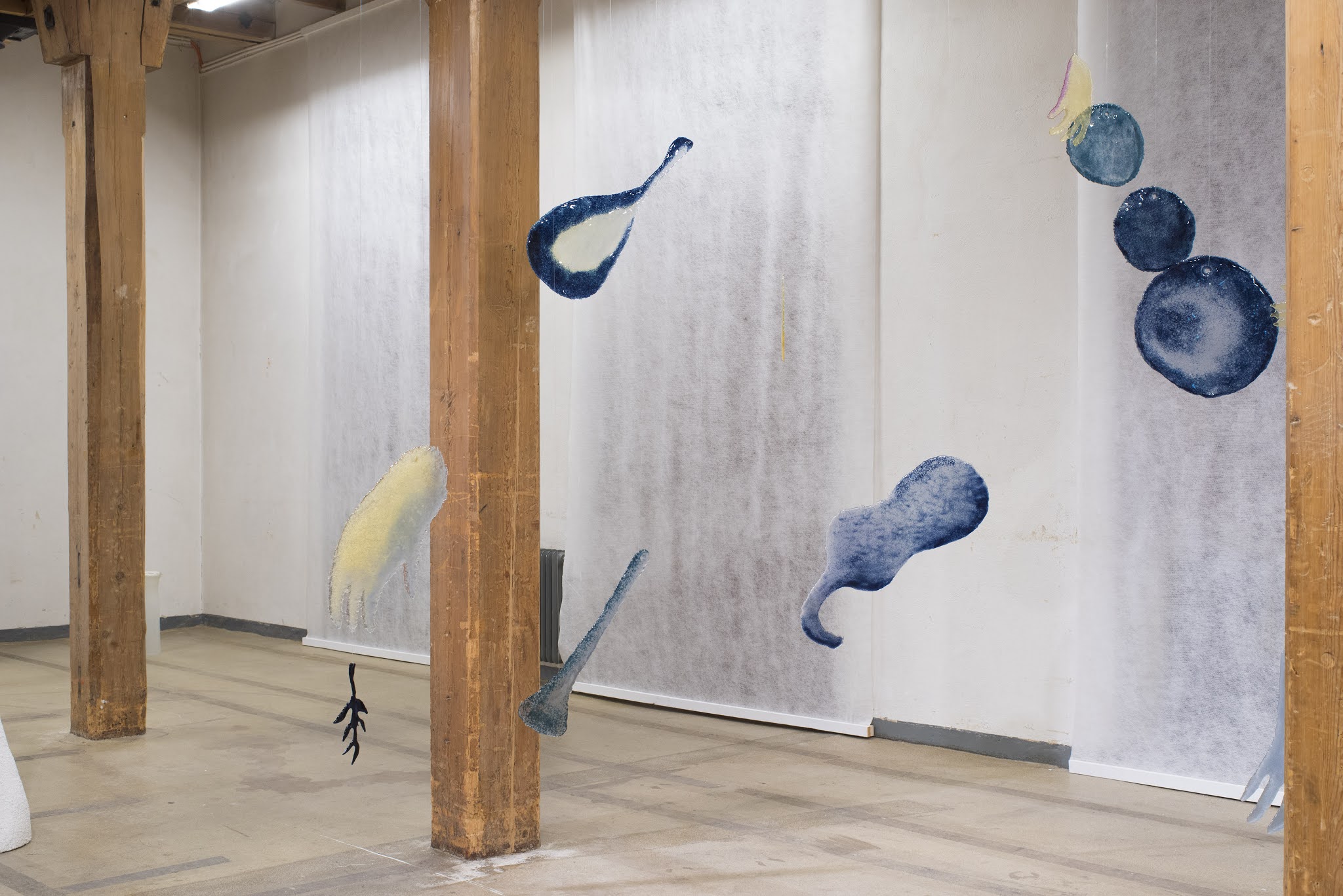 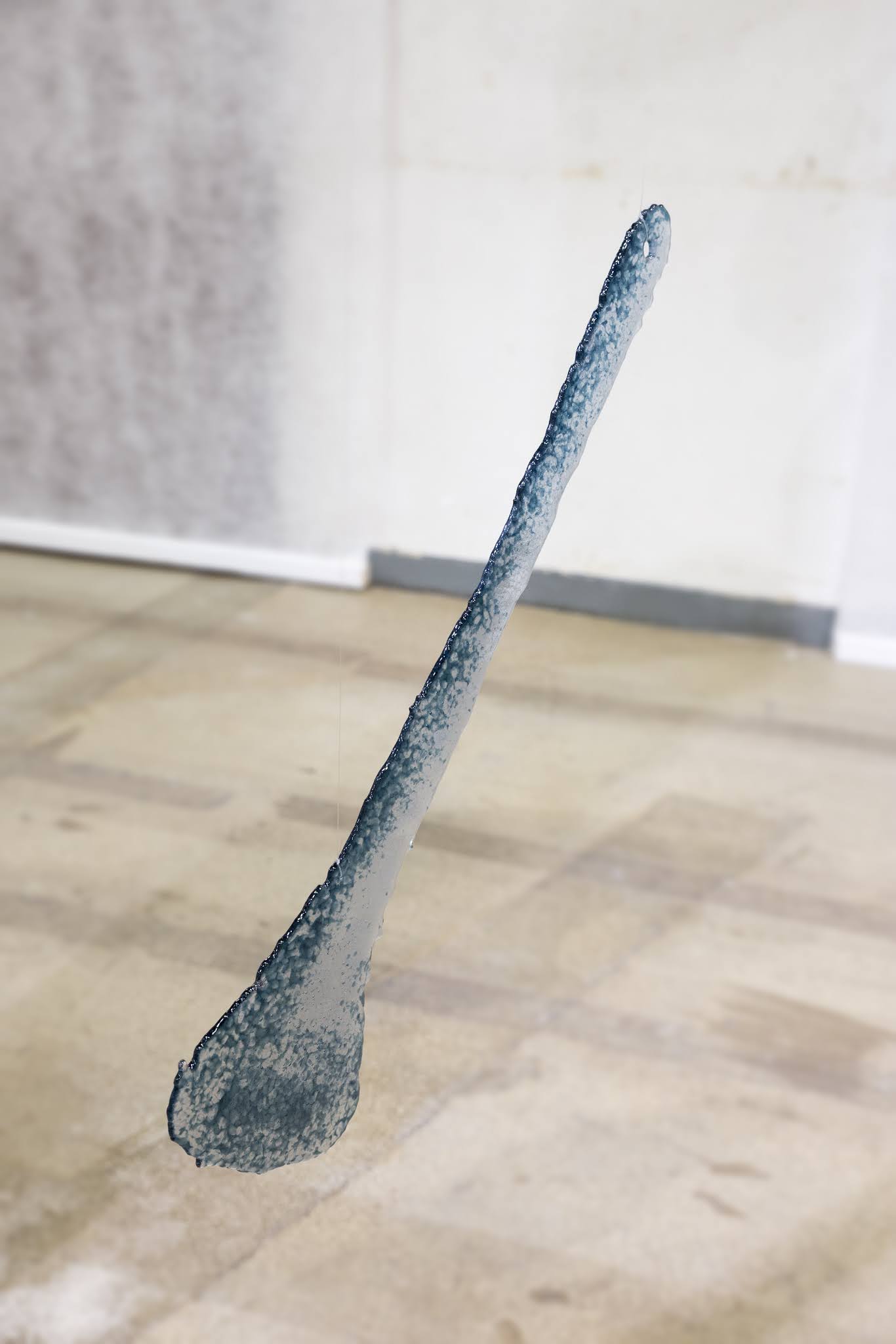 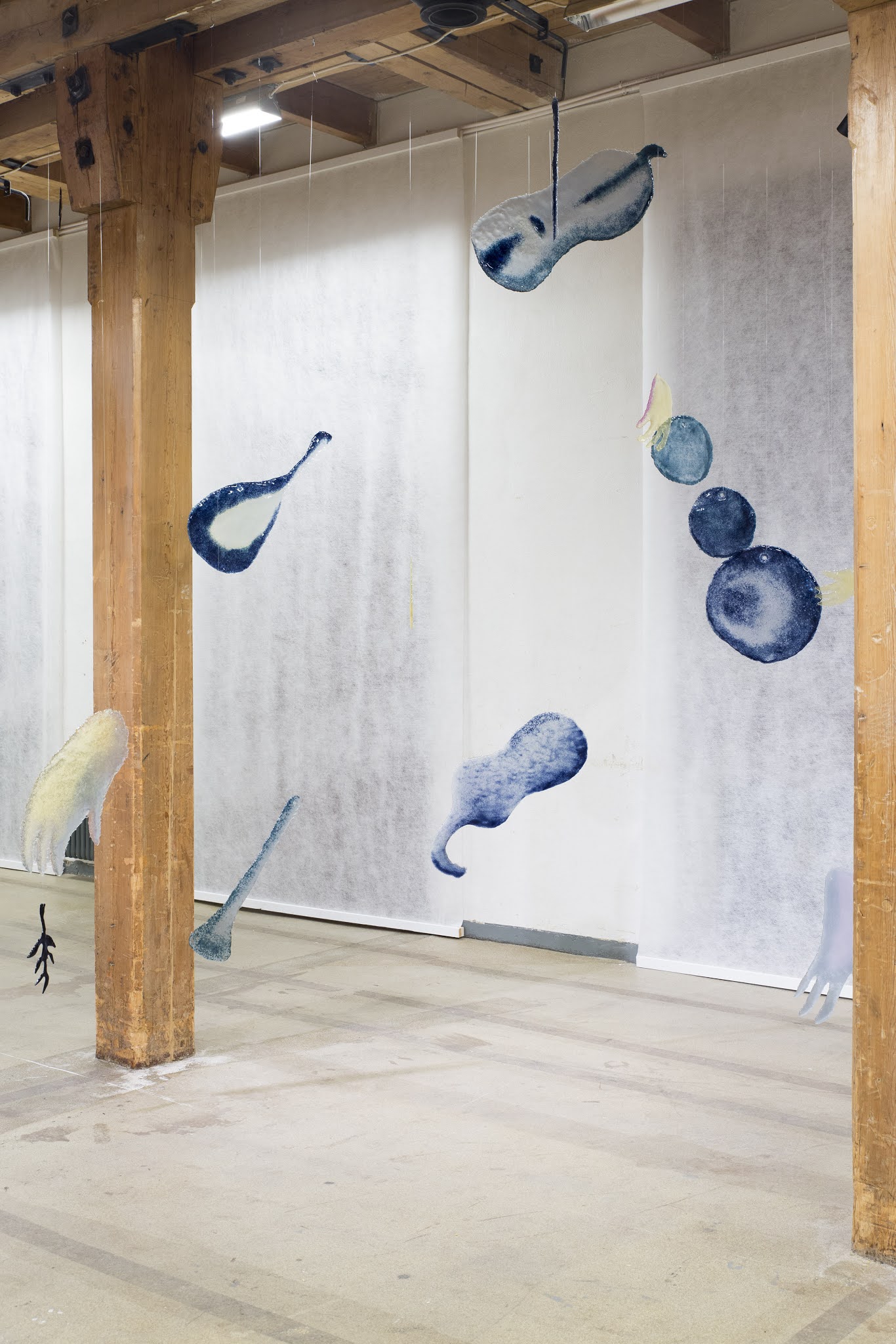 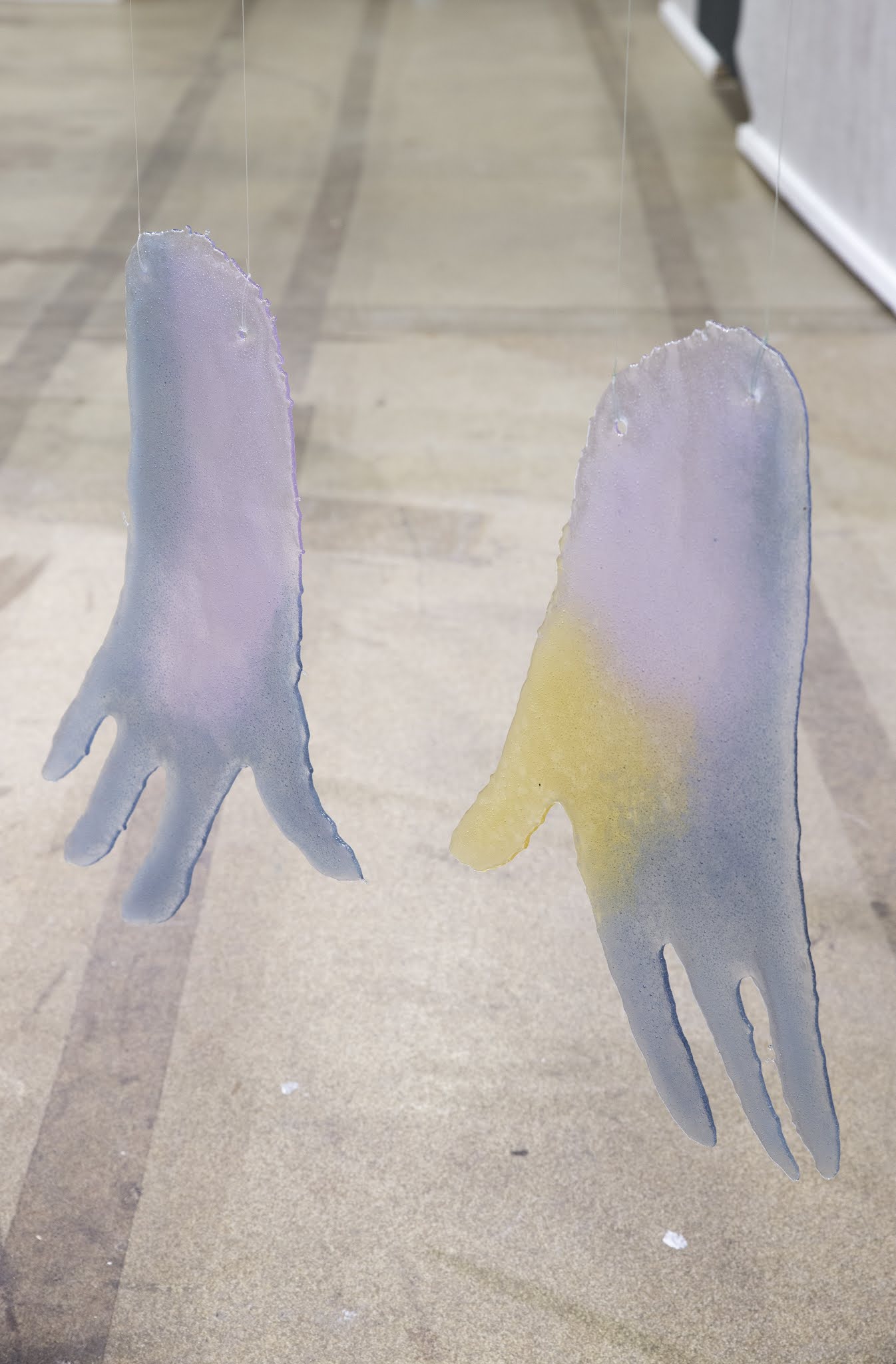 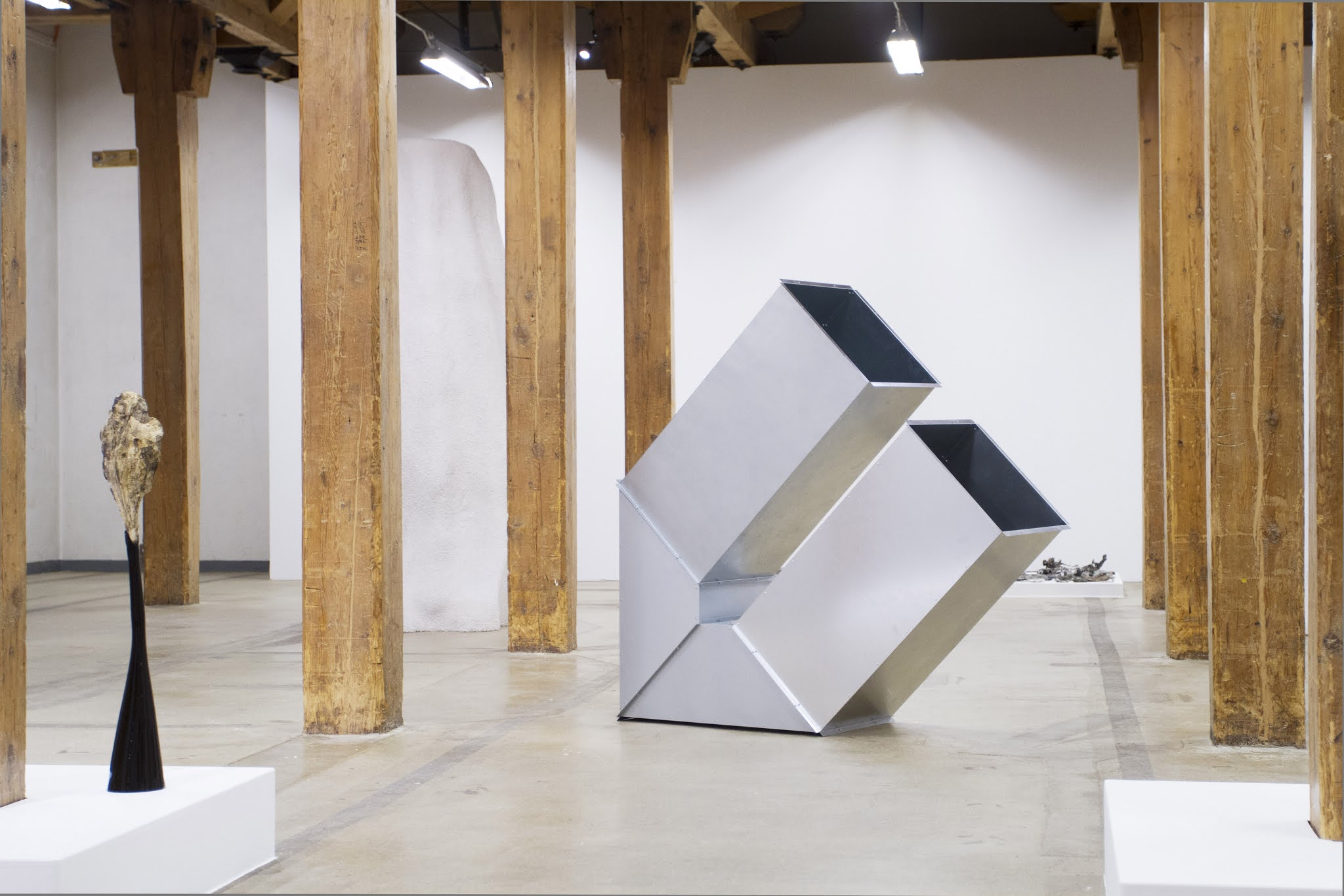 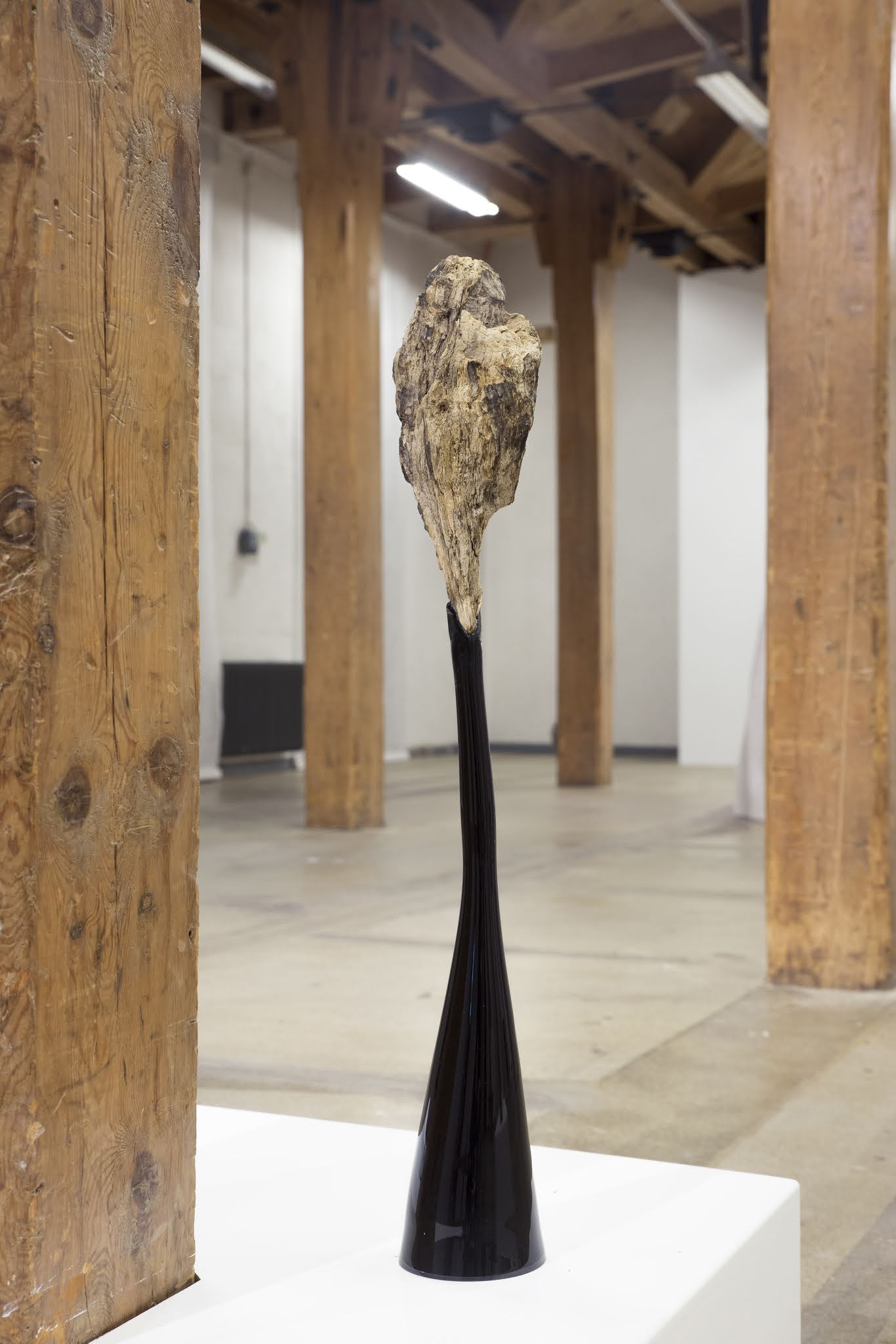 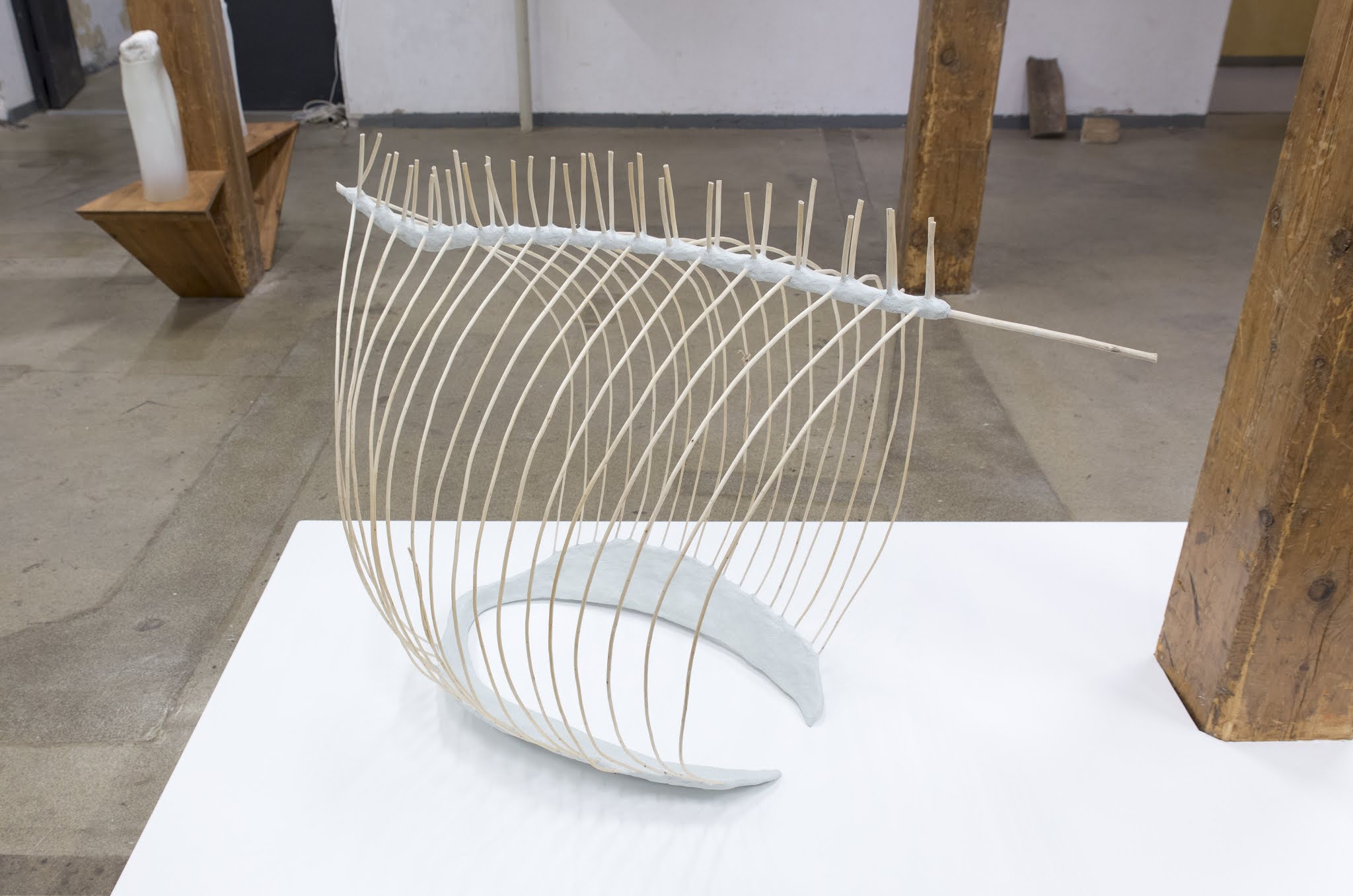 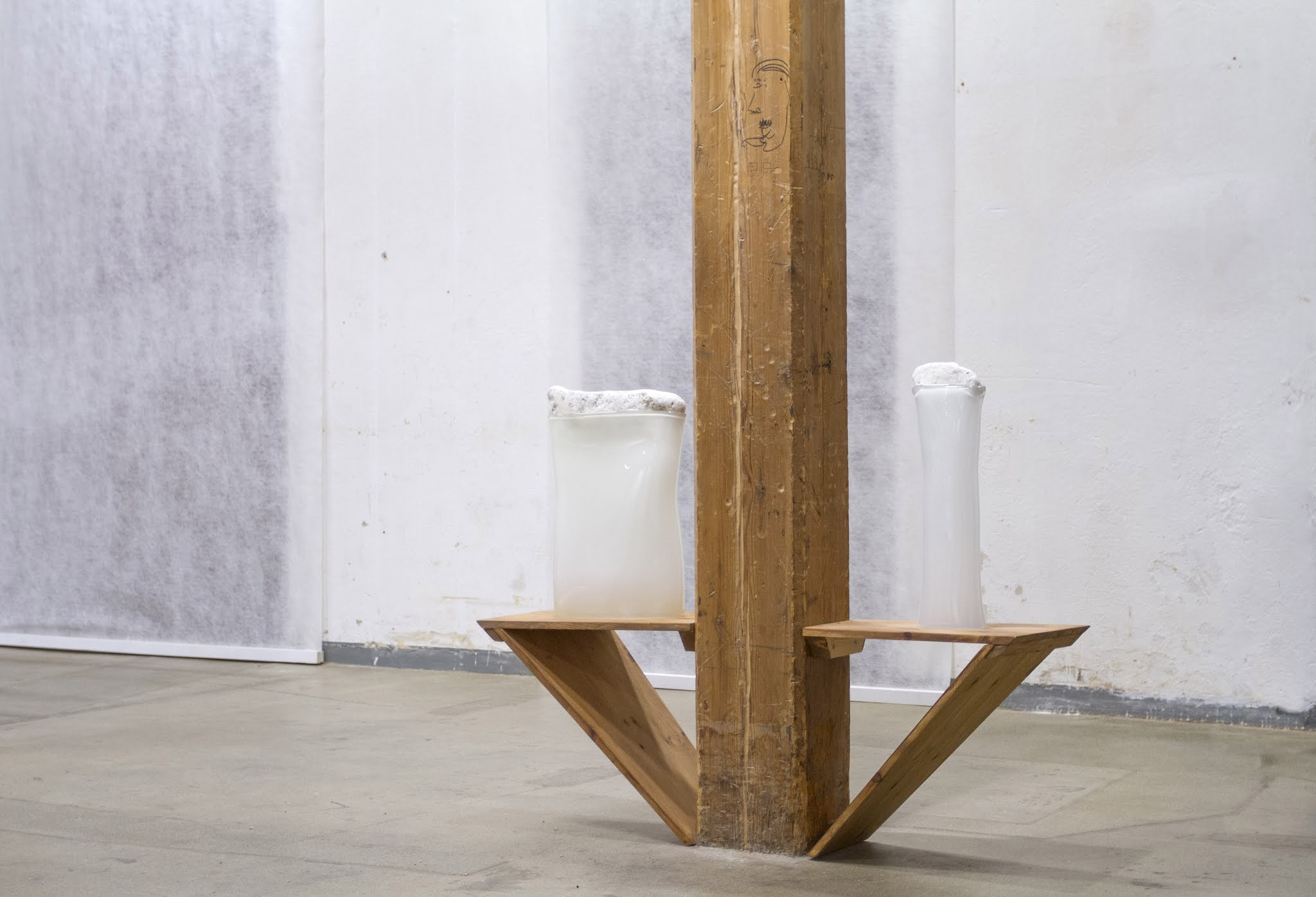 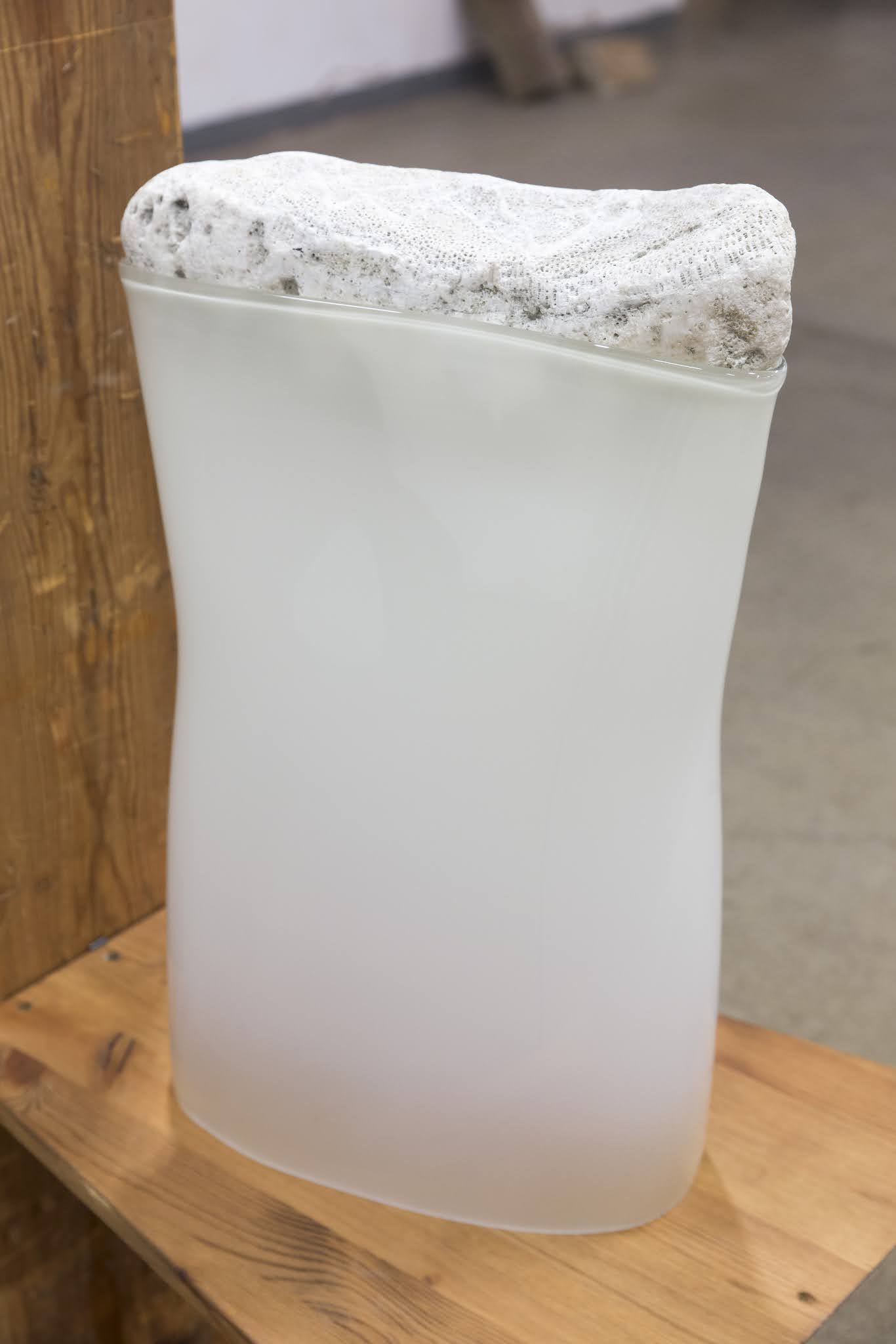 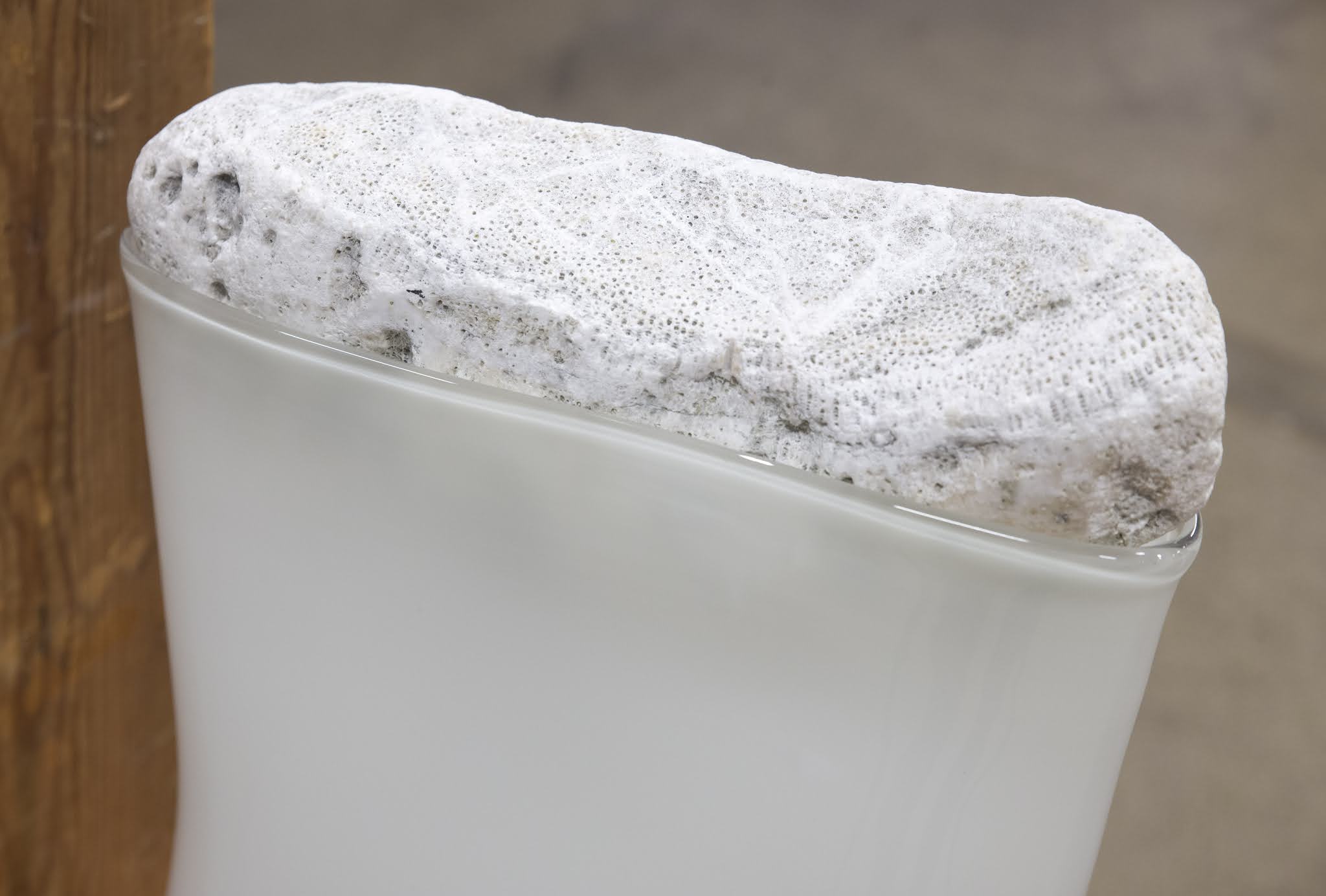 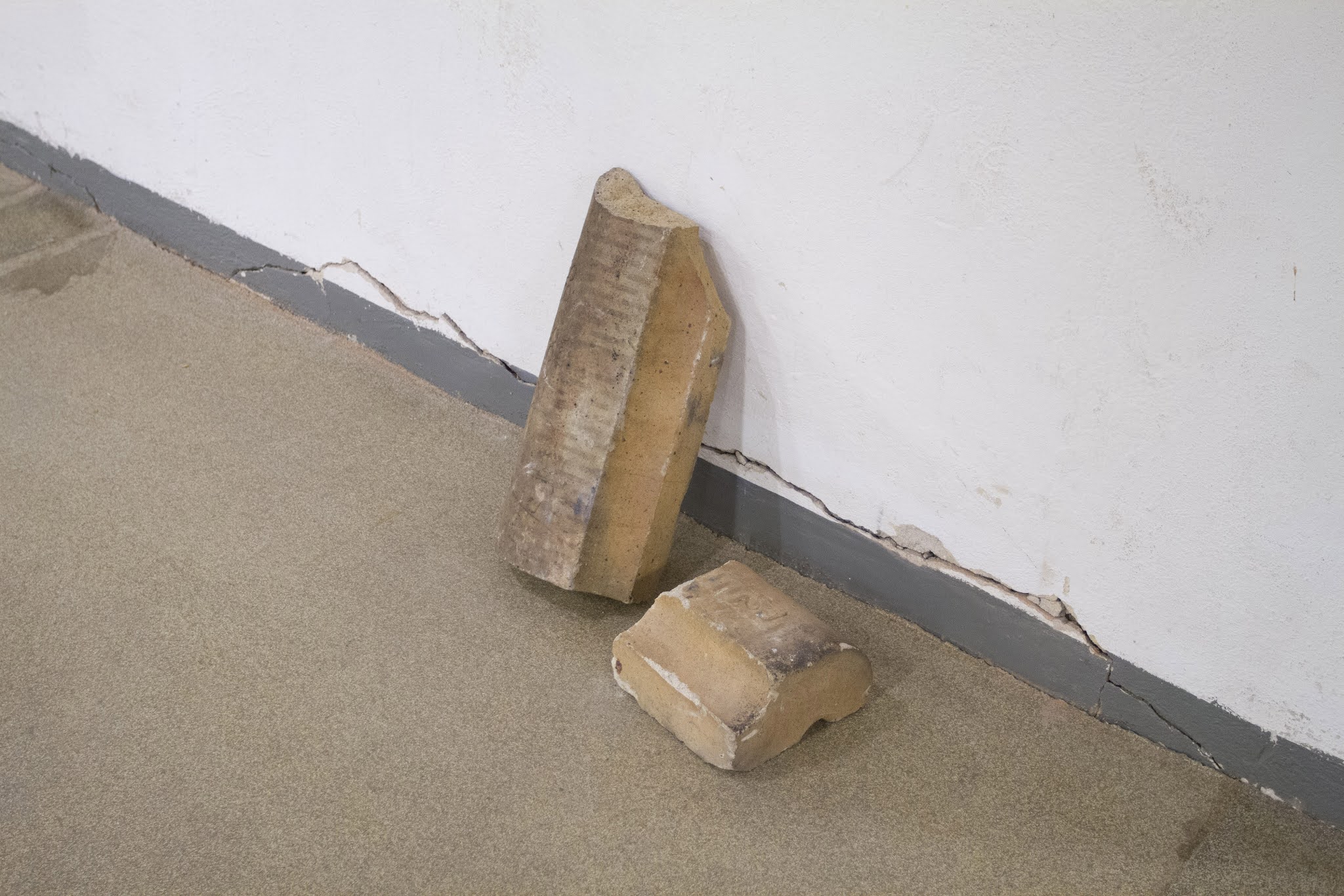 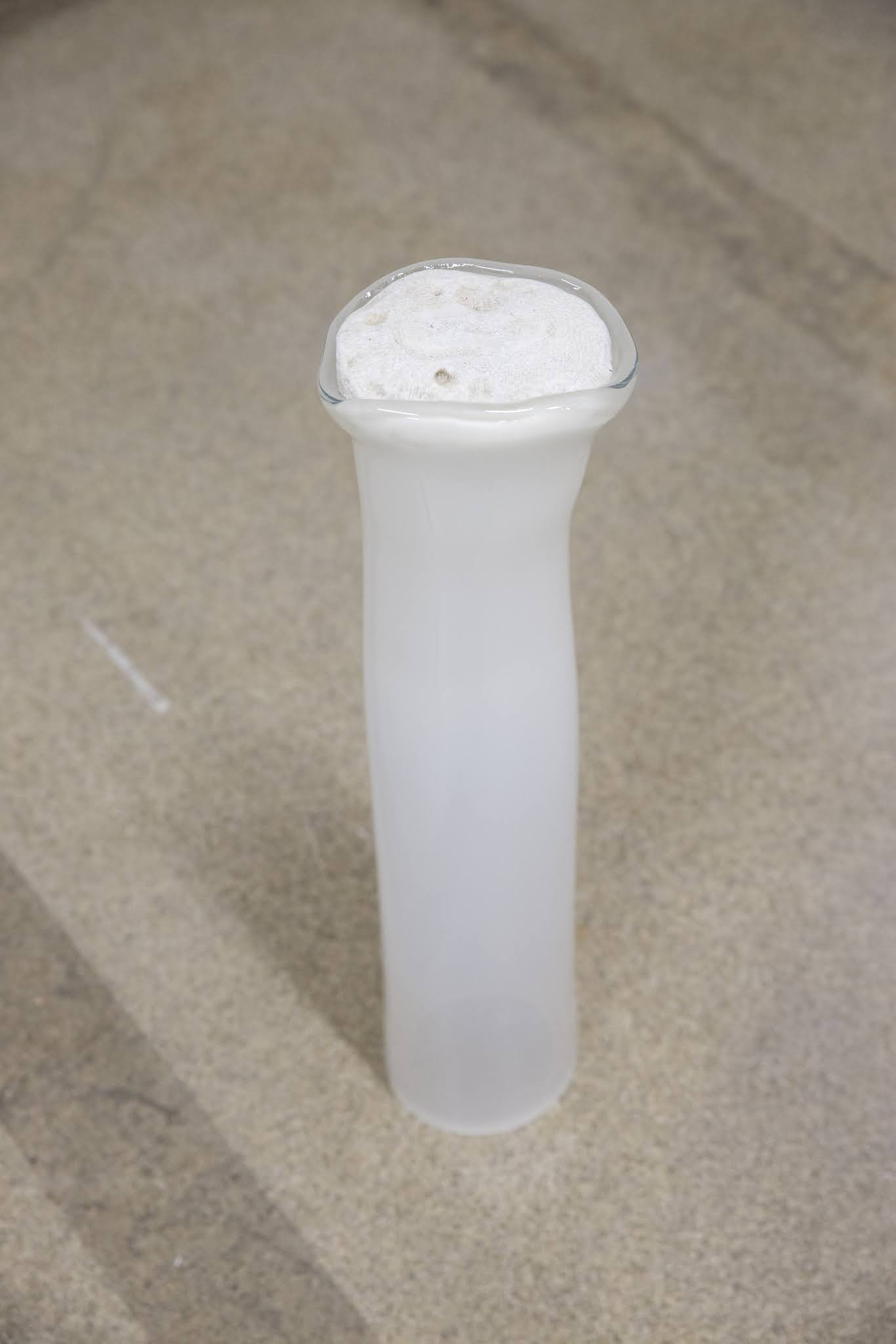 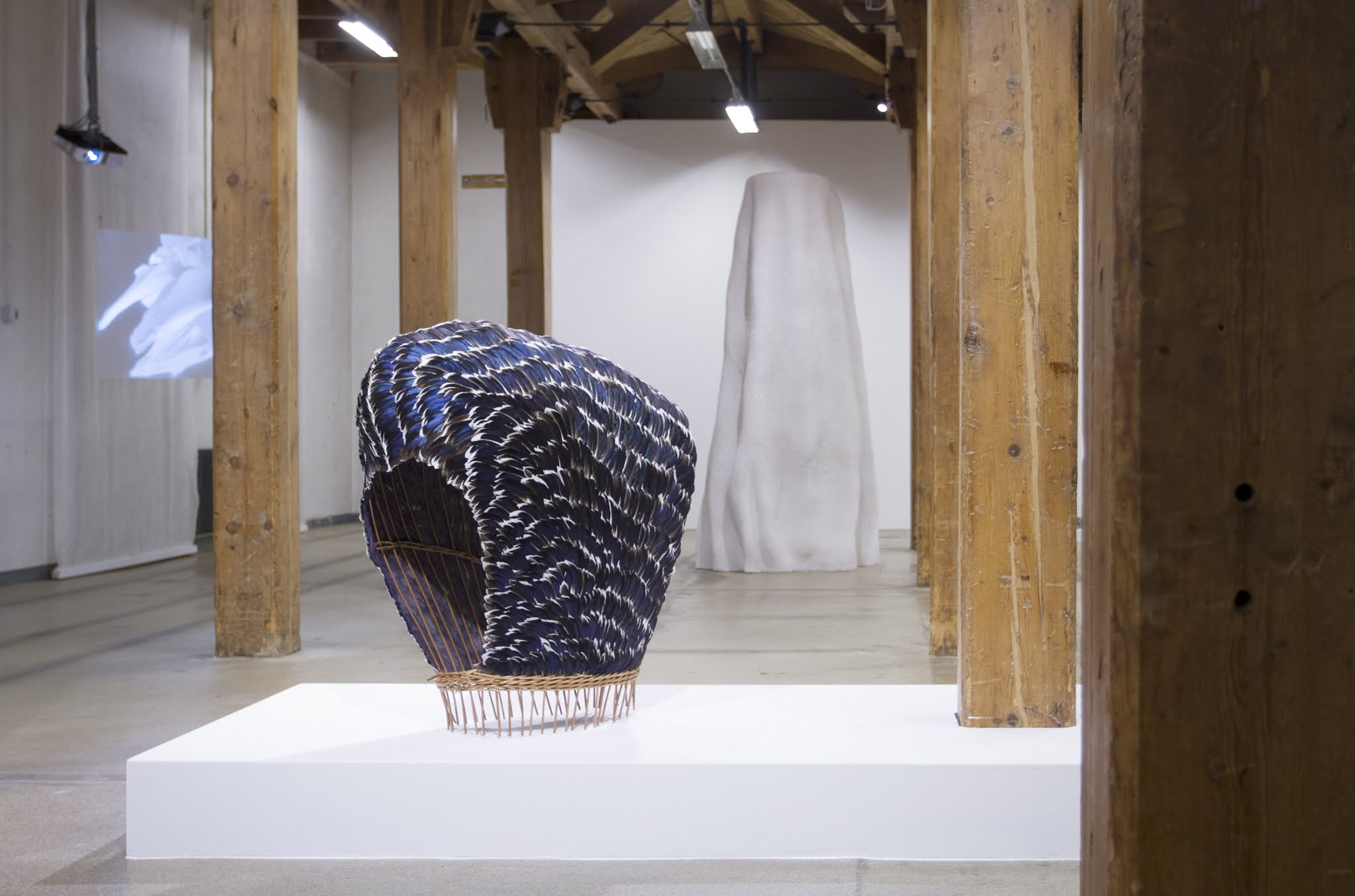 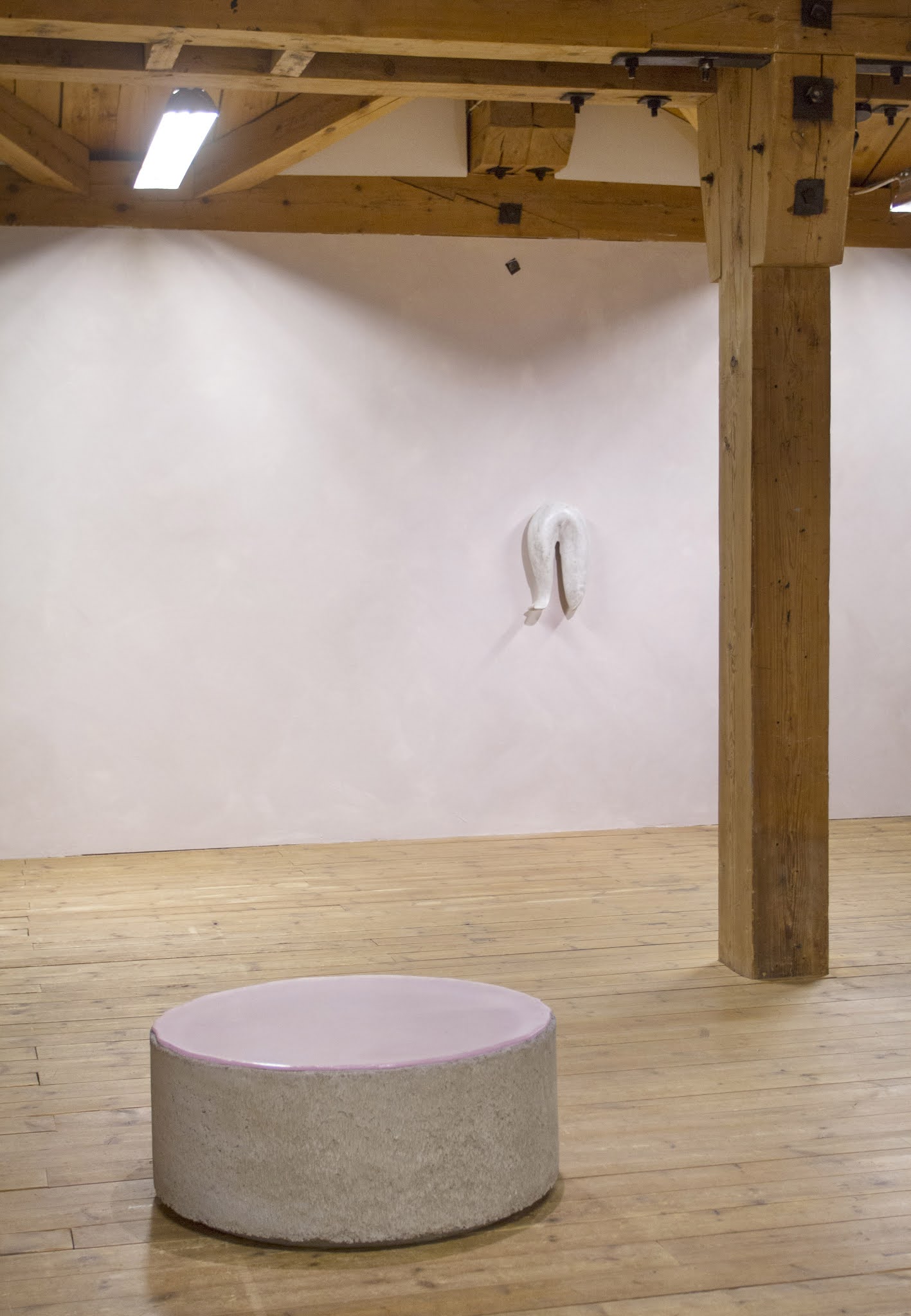 Charlotte Posenenske (1930, Wiesbaden – 1985, Frankfurt) was a German conceptual artist who began her artistic career after the end of World War II. Posenenske developed a practice of mass-producible minimalism which, through its embrace of simple geometric shapes, repetition and industrial production, rejected established formal and cultural hierarchies. With a newly commissioned series of works, Susanna Jablonski (1985, Stockholm) has orchestrated a three-dimensional scenography of sculptural pairings in dialogue with existing works by Santiago Mostyn and Charlotte Posenenske.
Reverberating in Susanna Jablonski’s installation is the history and legacy of Tyskmagasinen – former arms warehouses close to Luleå that were used by the German army throughout the Second World War, which stood as silent testimony to Sweden’s involvement in the War, and a physical contradiction to Sweden’s supposed neutrality. In 2016, on the anniversary of the so-called Midsummer Crisis, the buildings burned to the ground, and from the now desolate plot left behind after the fire, Jablonski has gathered shards of glass, charred wood and melted metal.
What happens when a conflicted site of memorial goes up in smoke? Where does the narrative contained within these walls go? Jablonski’s installation invites us to see Havremagasinet – a konsthall in a former Swedish army grain storage building – and Tyskmagasinen as sibling structures that host both memory and histories, and that are implicated in a larger military and geopolitical complex. In her installation, Jablonski reactivates the history, the sounds and the traces of the war, while at the same time igniting new potential for these spaces.
Central to the presentation are the two sculptural bodies Long Time Listener and First Time Caller. These two sculptures that resemble dust sheets or stage curtains somehow, despite their monumentality, blend into the rear of the gallery space. In the hollowed out backs of the sculptures, small shelves carry found objects from the scene of the fire where Tyskmagasinen once stood – relics that amalgamate the disclosed with the covert.
Collaborative and communal gestures often recur in Jablonski’s practice, manifesting here through site specific musical instruments, made in collaboration with music producer William Rickman, as well as in the display of Santiago Mostyn’s video The Promise, from 2013. Mostyn and Jablonski’s ongoing collaboration emphasizes how their respective works speak to one another, enhance each other or generate new meaning once placed together. In Mostyn’s video loop The Promise, something very small – a vertebrae of an Alligator Gar – is enlarged and examined through a 3D rendition. This fish is known as a ”living fossil” because it has existed continuously for 100 million years. Integrated into the installation, the bone hovers and turns, and the video provides a sense of the vertebrae gazing back at us from the point of view of history or the extra-human. The Promise represents something both sculptural and monumental, alluding to shapes and aesthetics that guide and support us, both literally and historically.
The ossified also manifests in Jablonski’s sculptural pairing of Shagal and Dov. Inspired by the ribcage of a horse, one exposed, the other covered in feathers, they are othered bodies reimagined through basket-weaving and textile. Together, they speak to a restructuring of the anatomy that holds bodies, and history, locked in place. Here, Marc Chagall – a recurring point of reference for Jablonski – returns via his Jewish birth name: Moishe Shagal. Similarly, Dov was one of Susanna’s grandfather’s Hebrew names, shedded once he arrived as a Holocaust survivor in Sweden. Shagal and Dov materialize an oscillation between personal memory, family history and greater historic narratives. Beside this pairing, three thin glass vessels carry and are shaped by coral fossils, playing a significant part in the installation through their embodiment of historic imprints of both physical bodies and their environment.
Within this vivid sculptural scenography we find Charlotte Posenenske ́s D-series, her final body of work, first realized in 1967. During her short but highly productive career, Posenenske created several series in different materials and shapes that were all intended to be reproduced indefinitely. The D-series consists of six so-called square pipes, whose basic shape is based on industrial principles of geometry, standardisation and mass production. Posenenske’s intention was that the parts could be assembled in any number of ways. Each work, then, can be adapted to any given room or situation, and as such poses a challenge to notions of ownership and individual artistry – an invitation taken up and extended by Jablonski’s sculptural forms.