Pedro Wirz / Tooth of a Giant 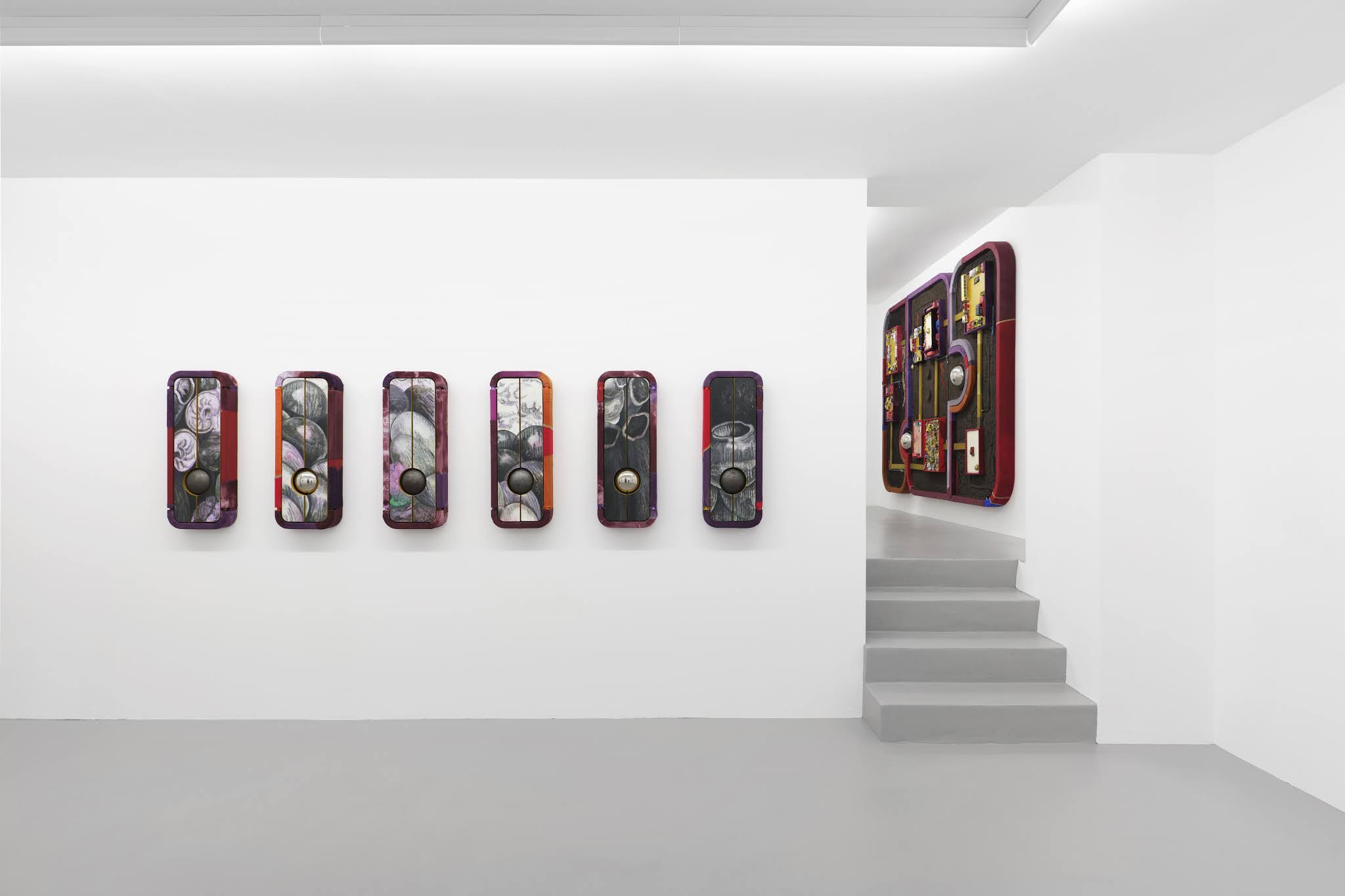 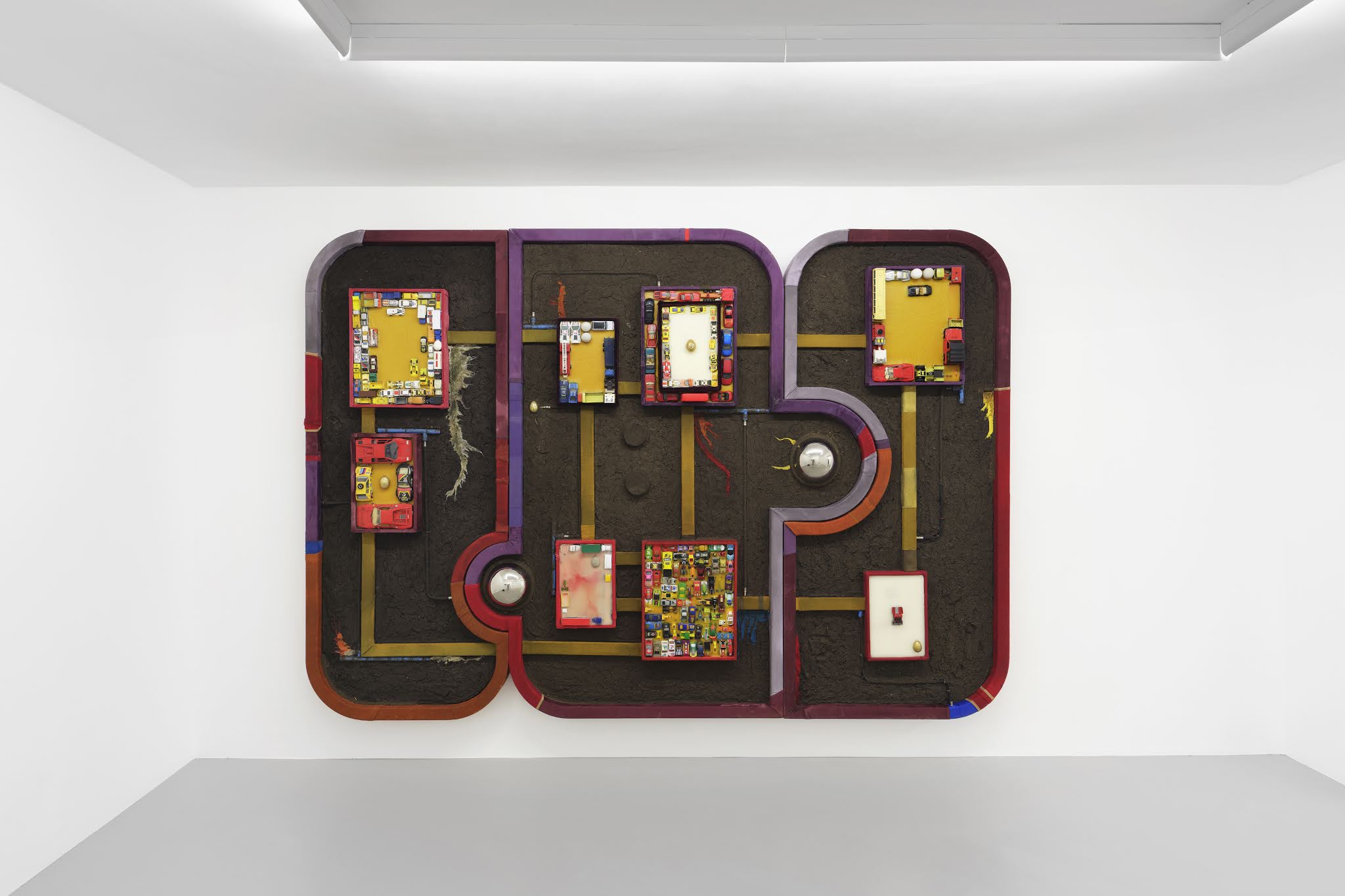 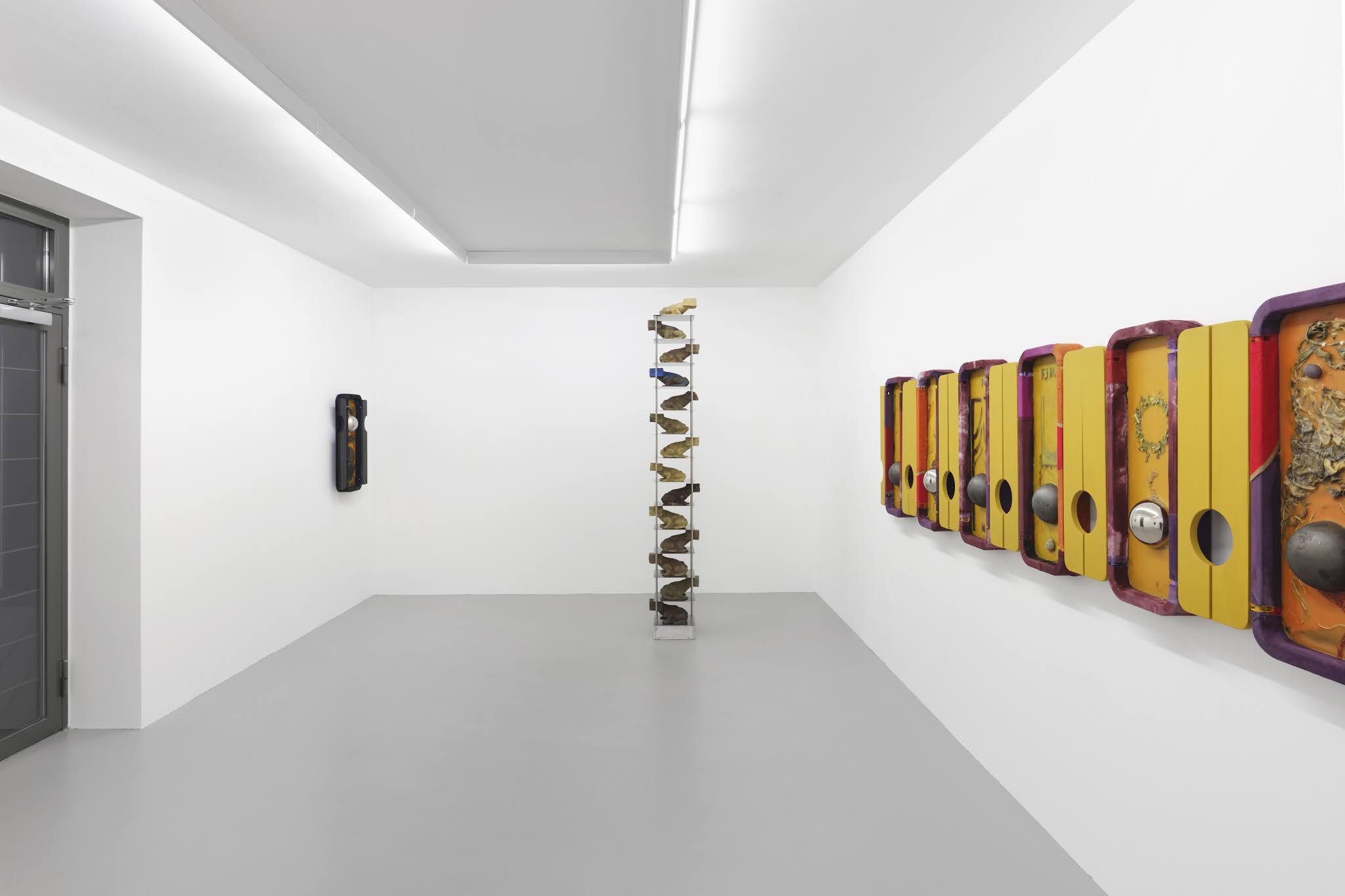 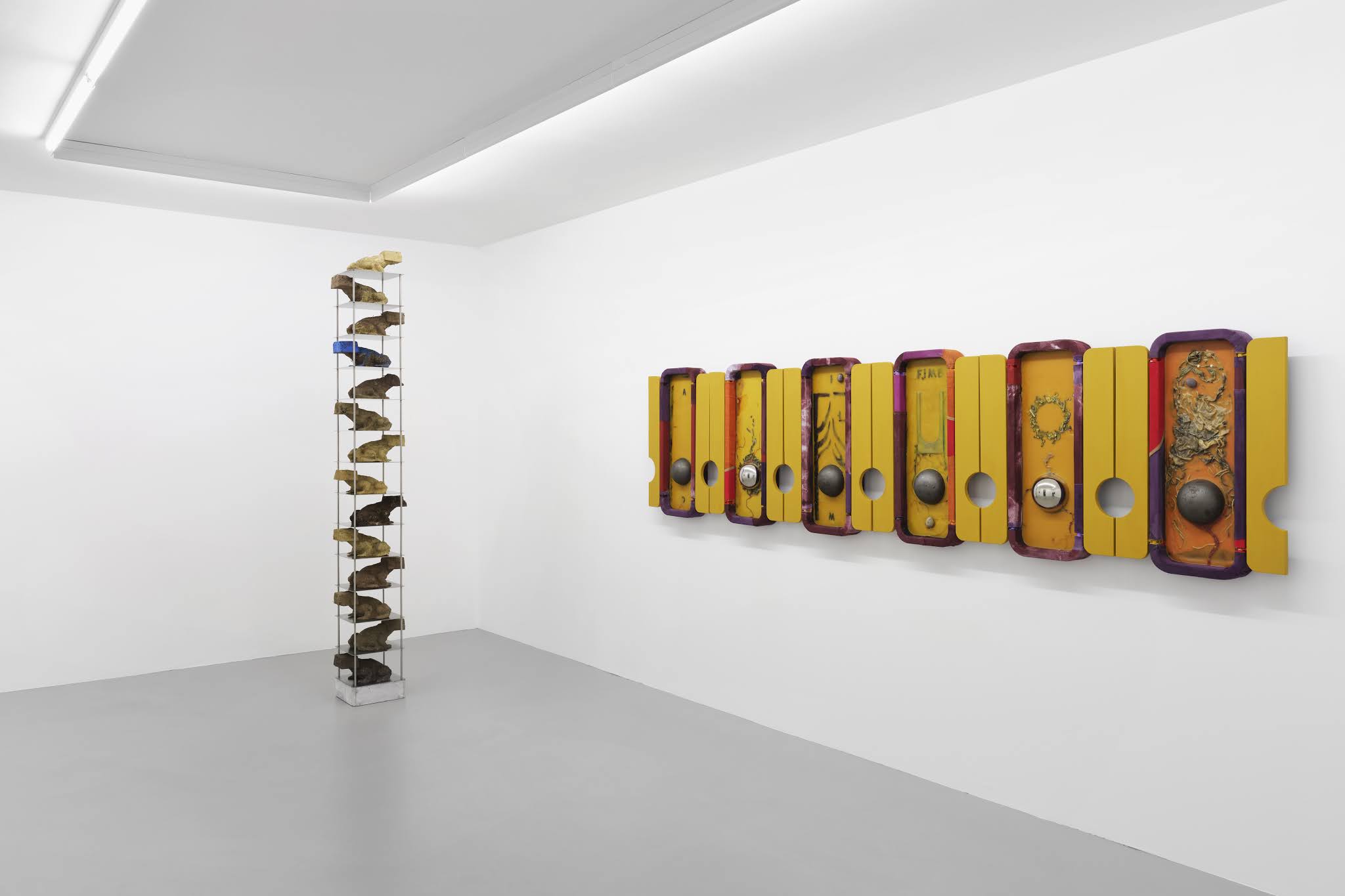 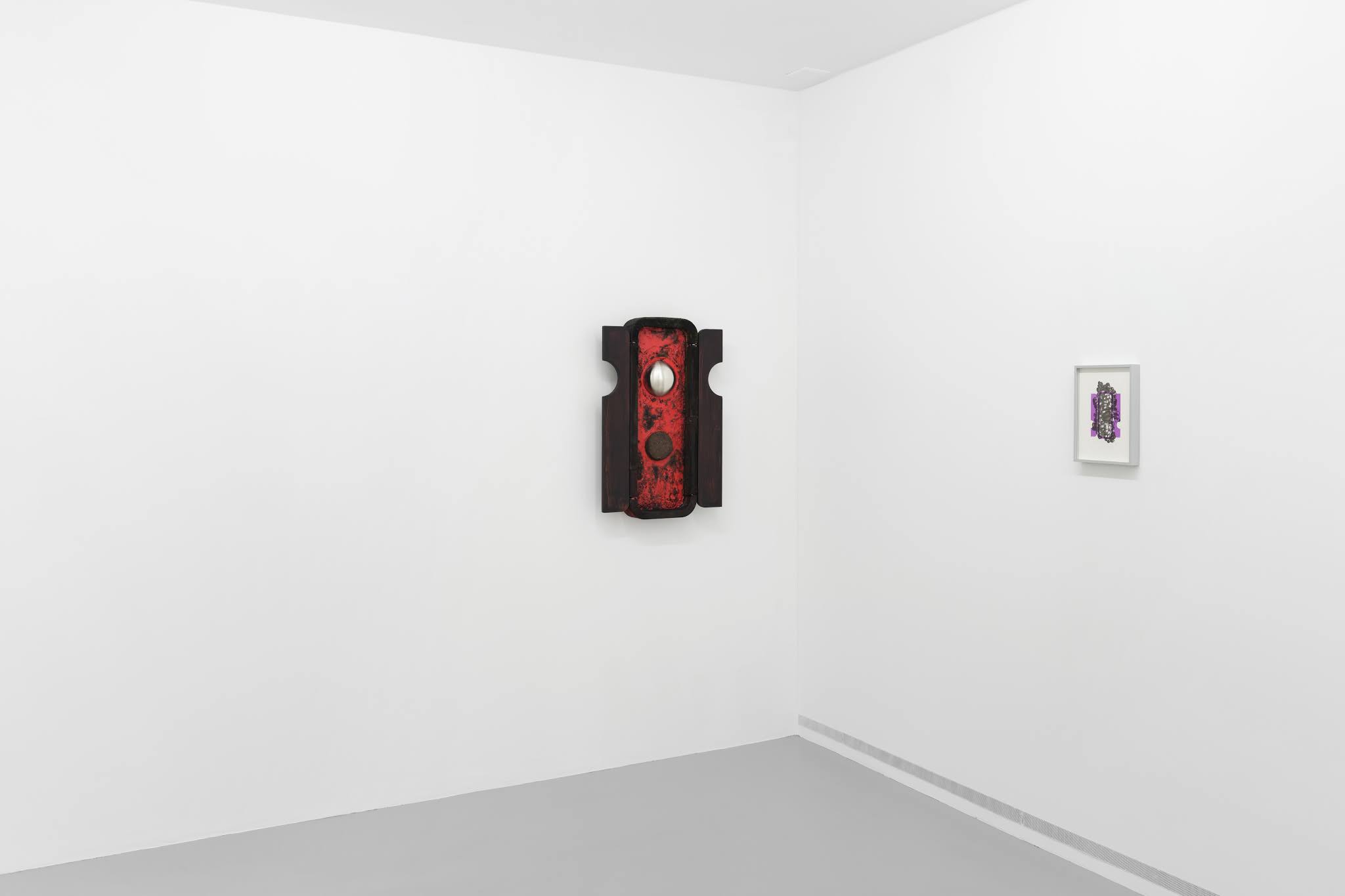 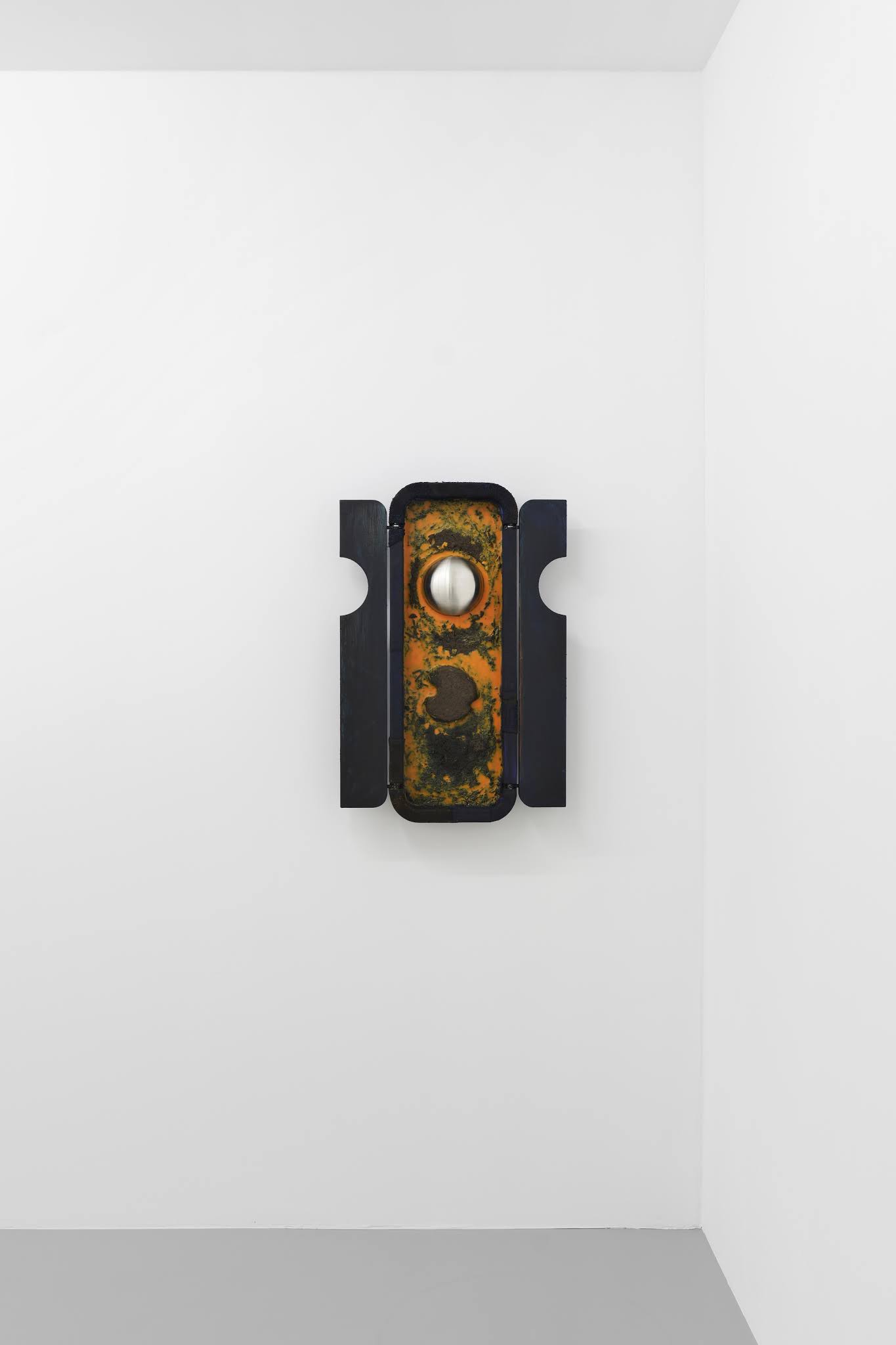 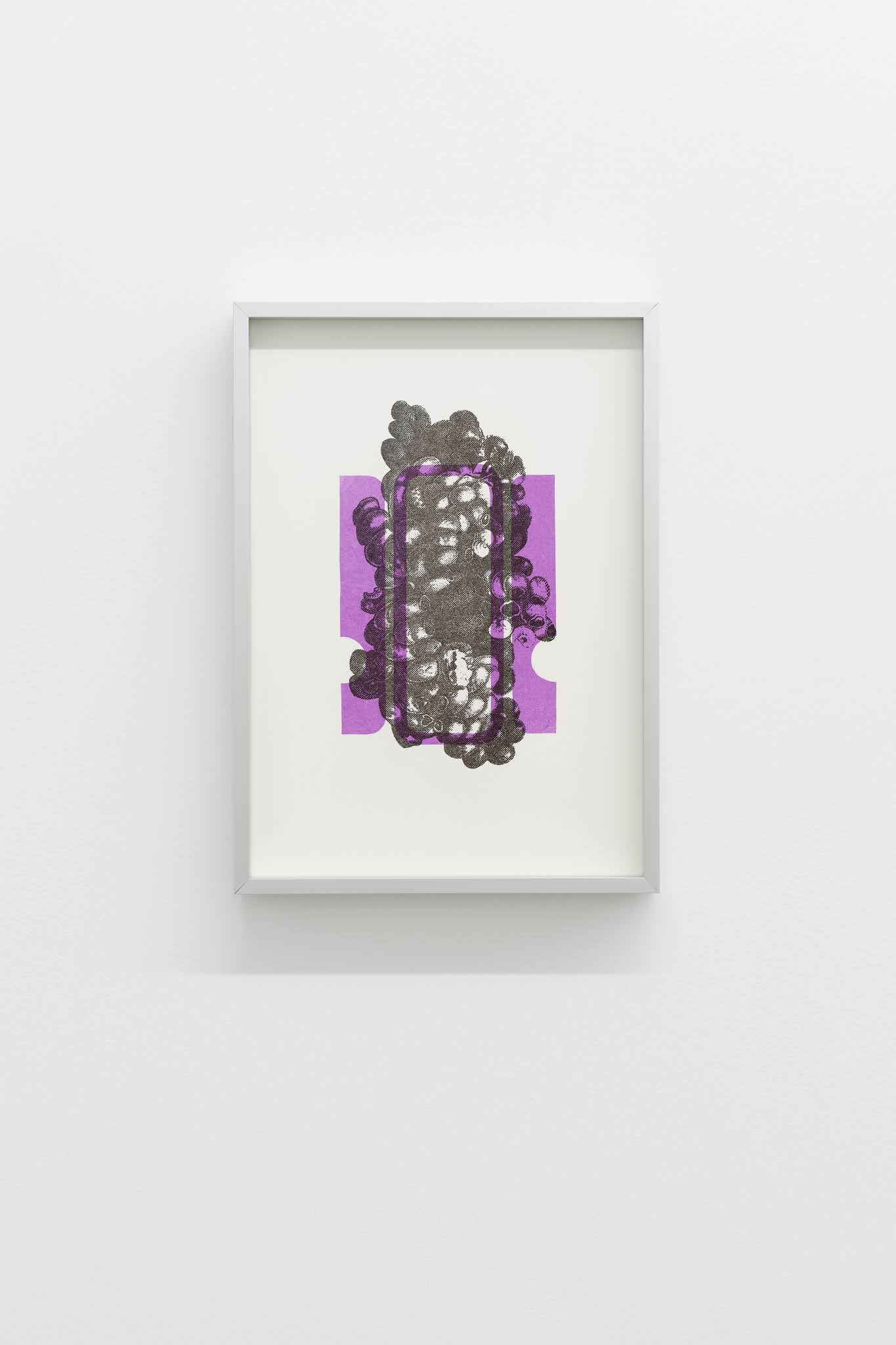 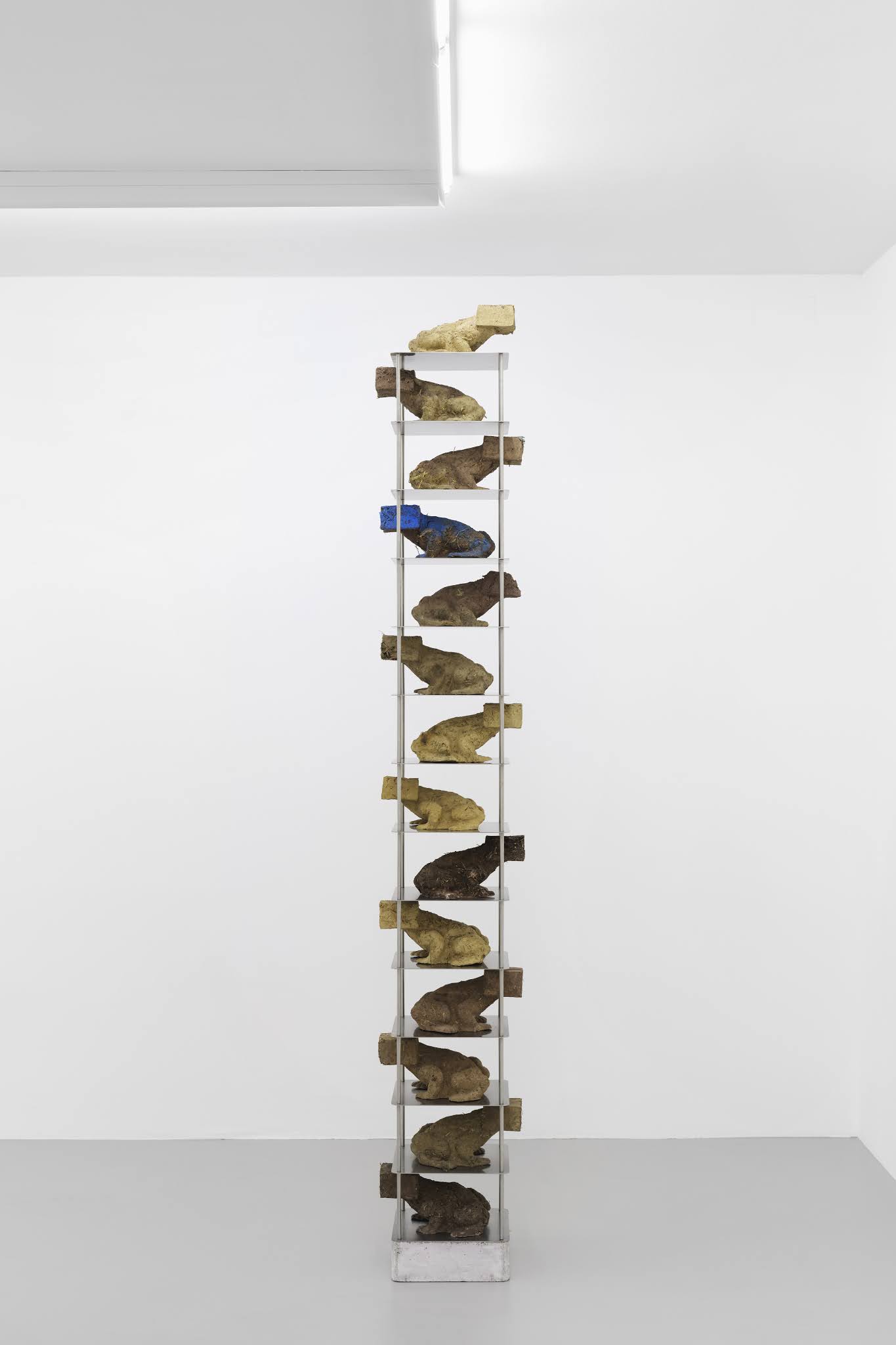 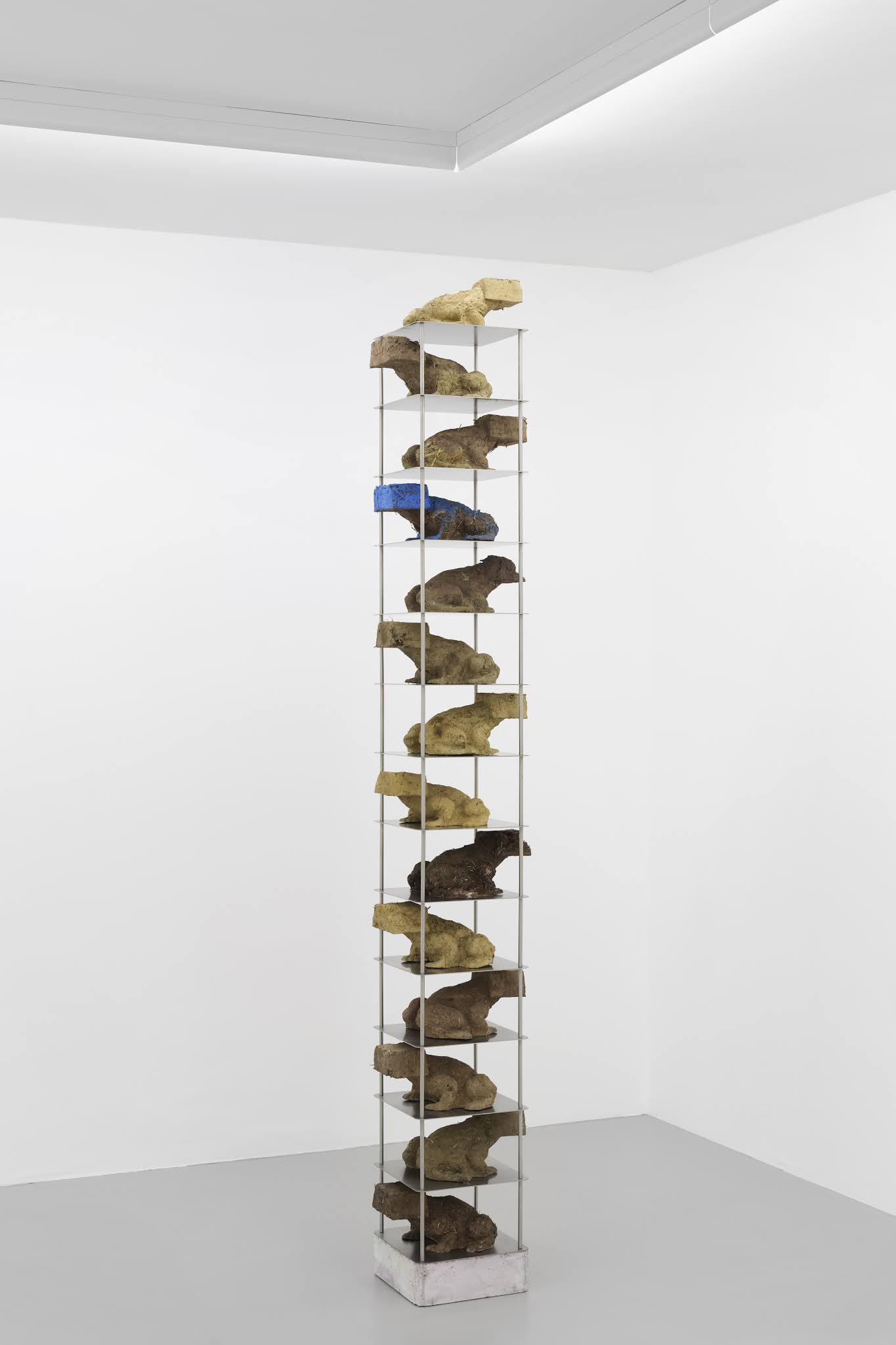 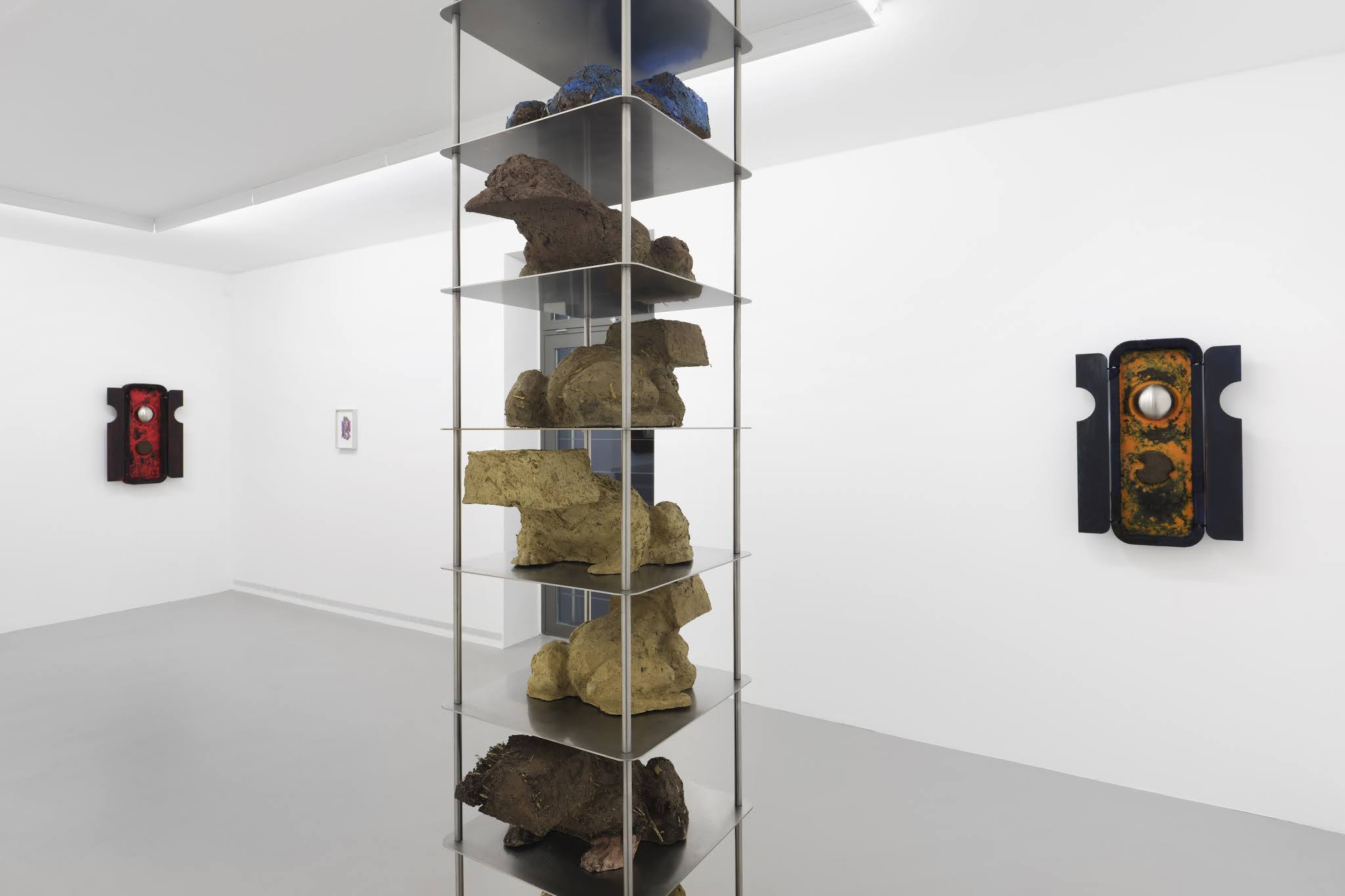 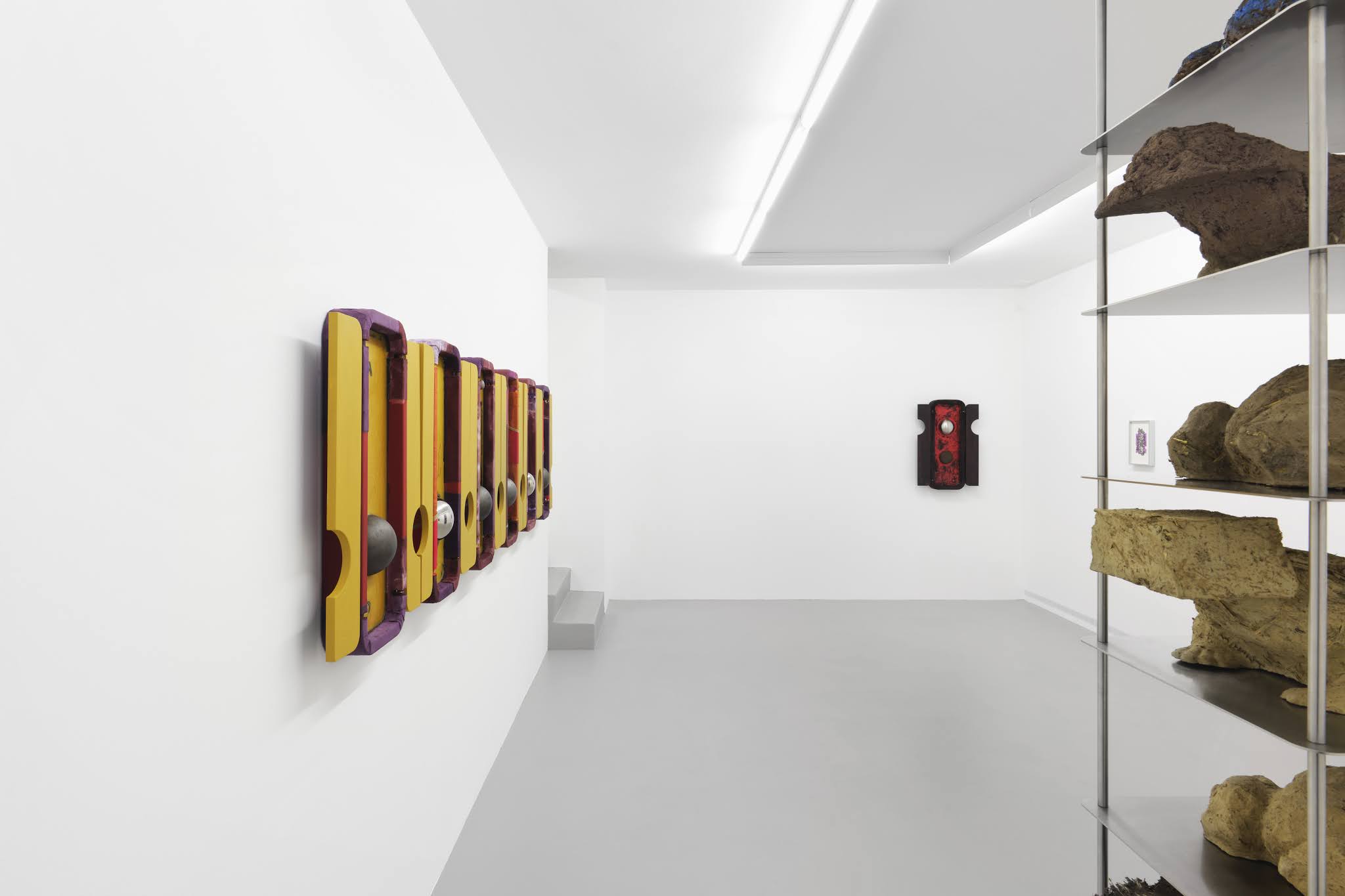 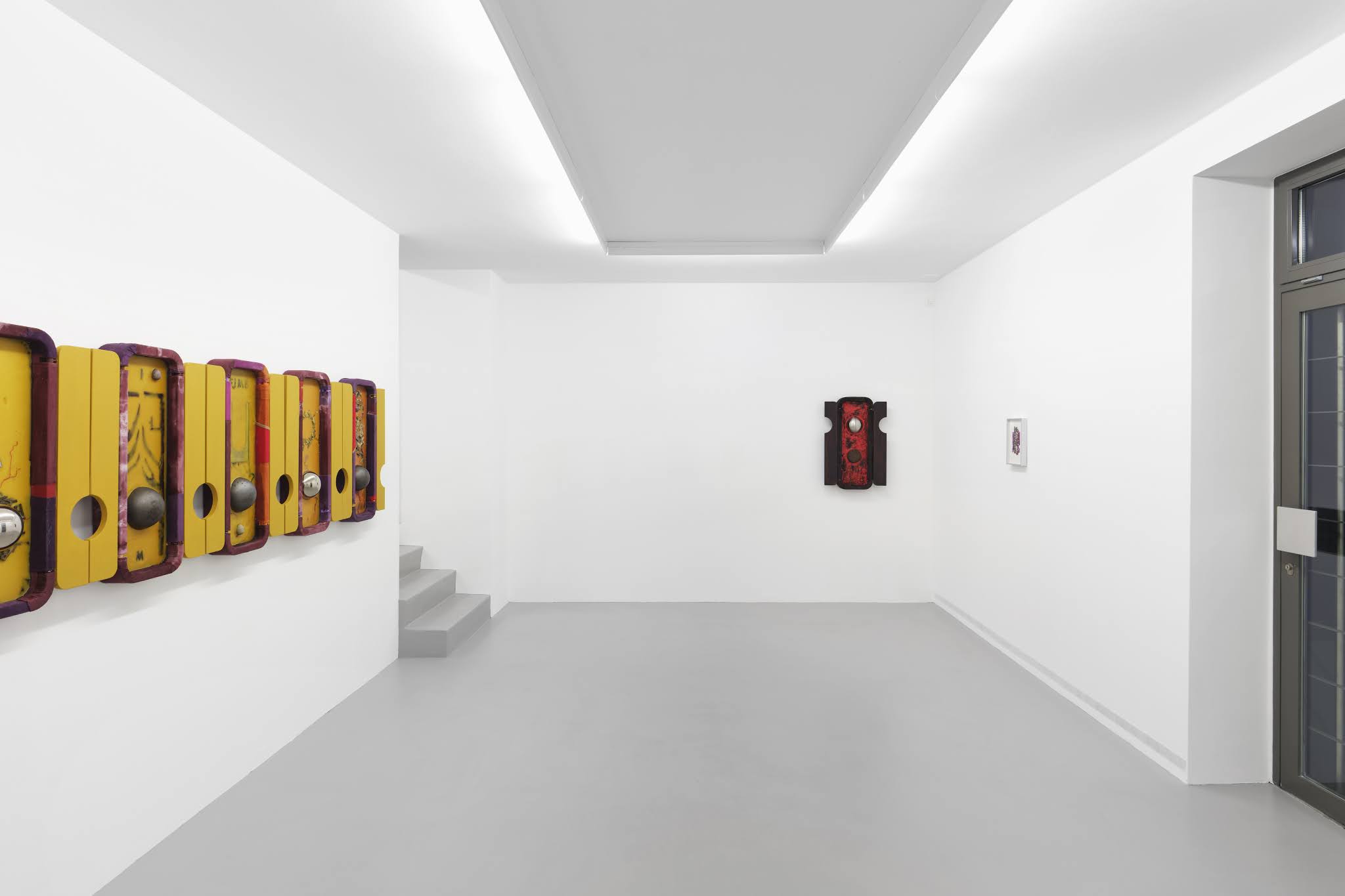 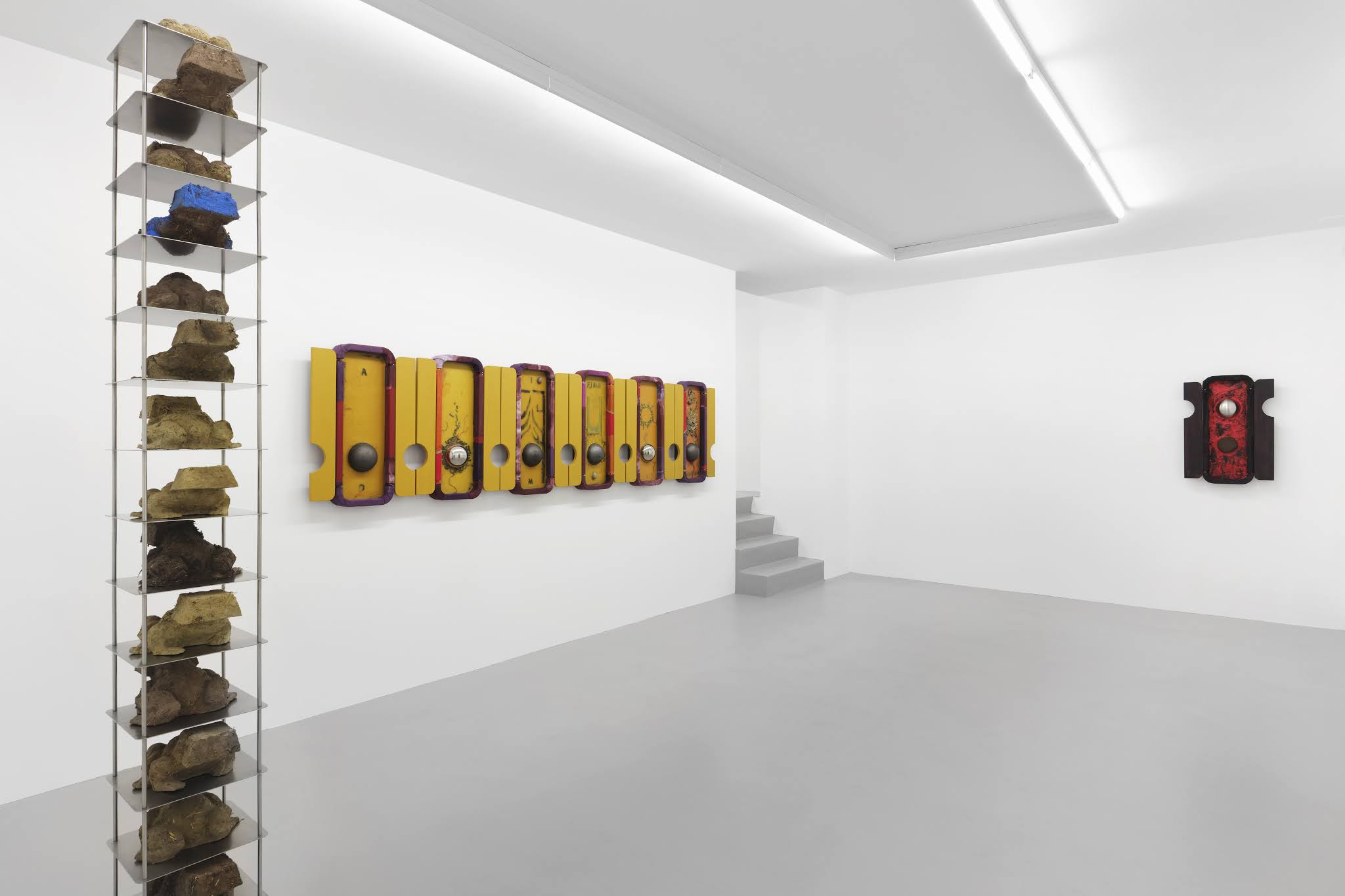 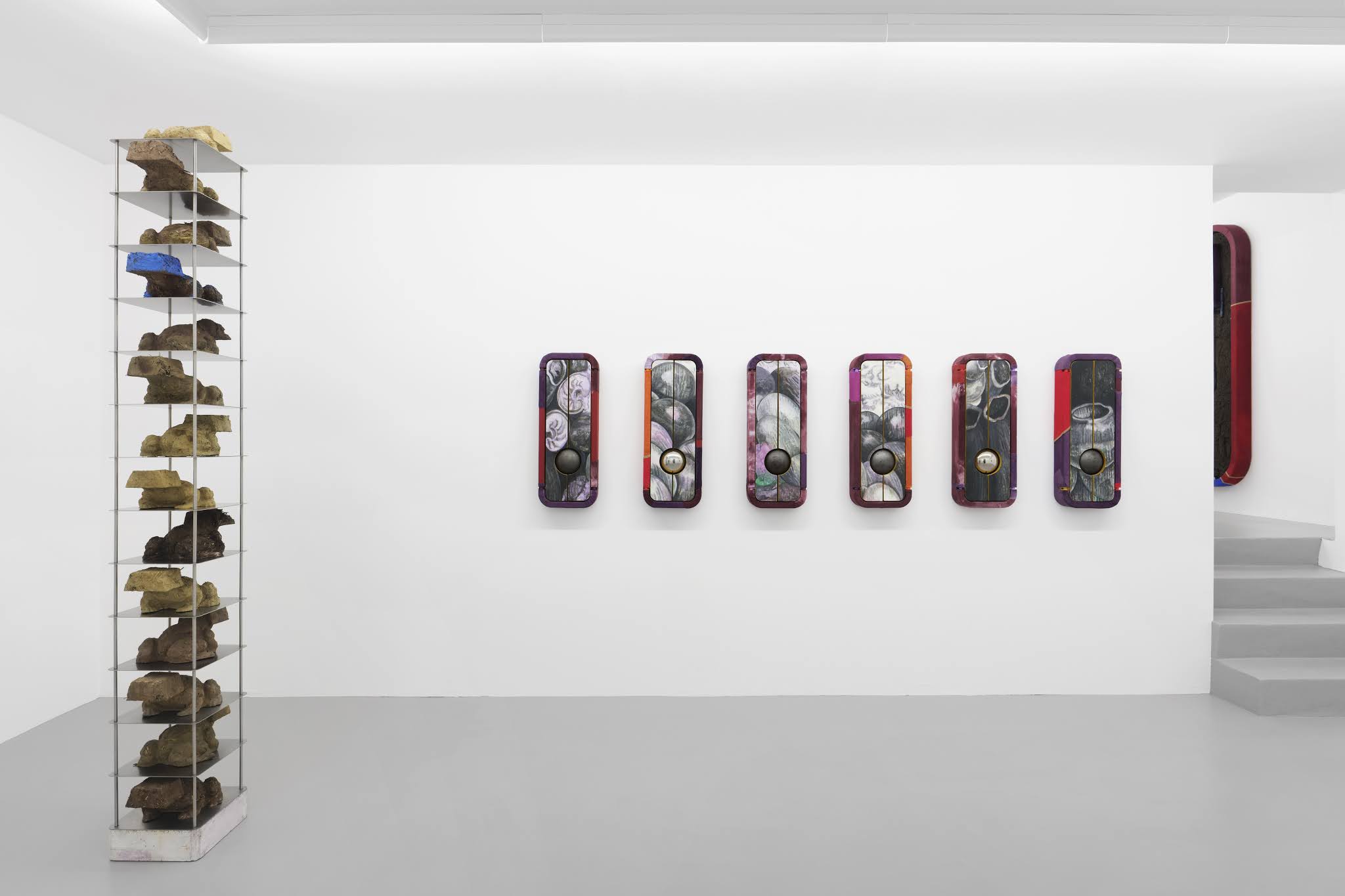 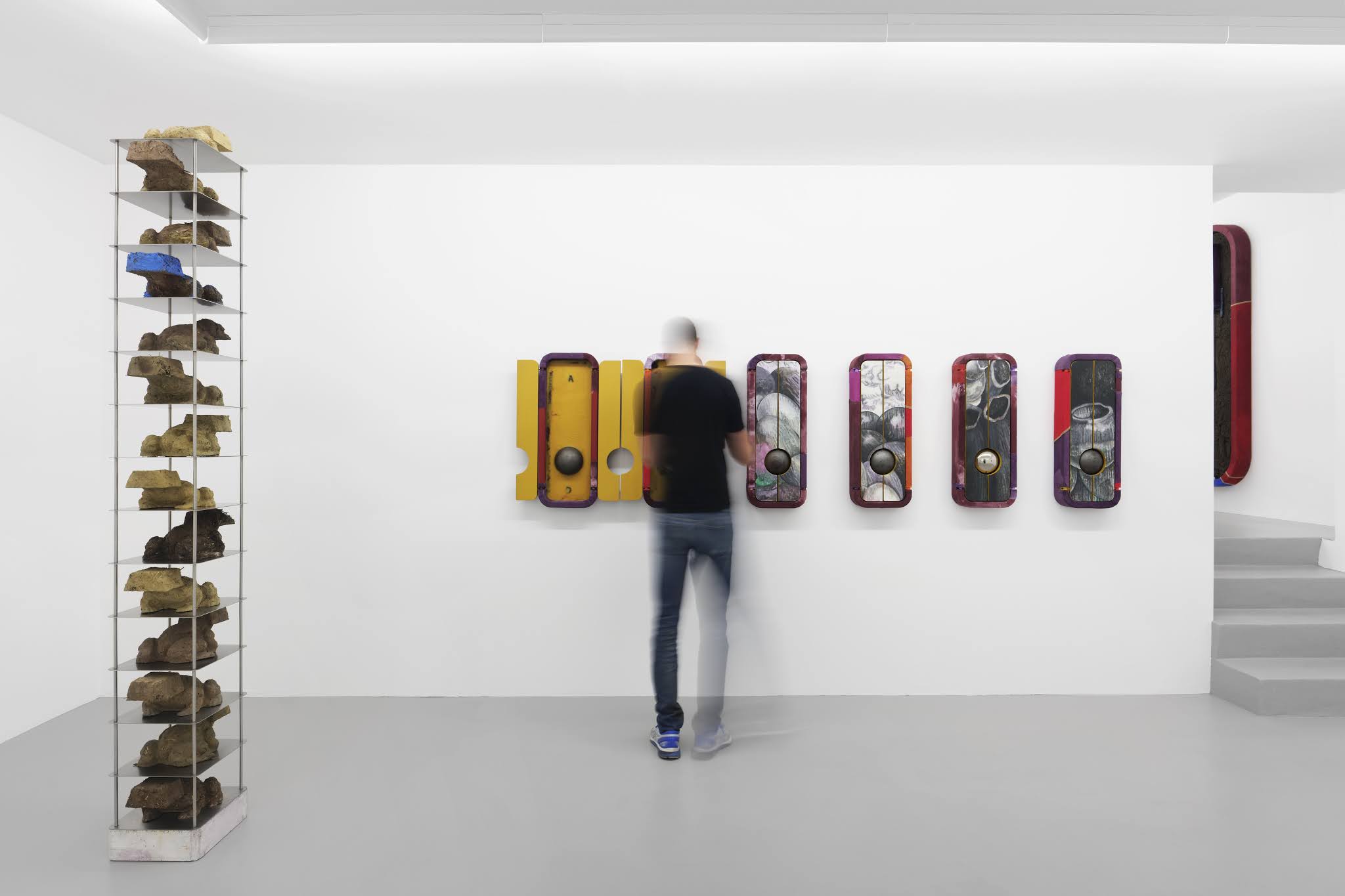 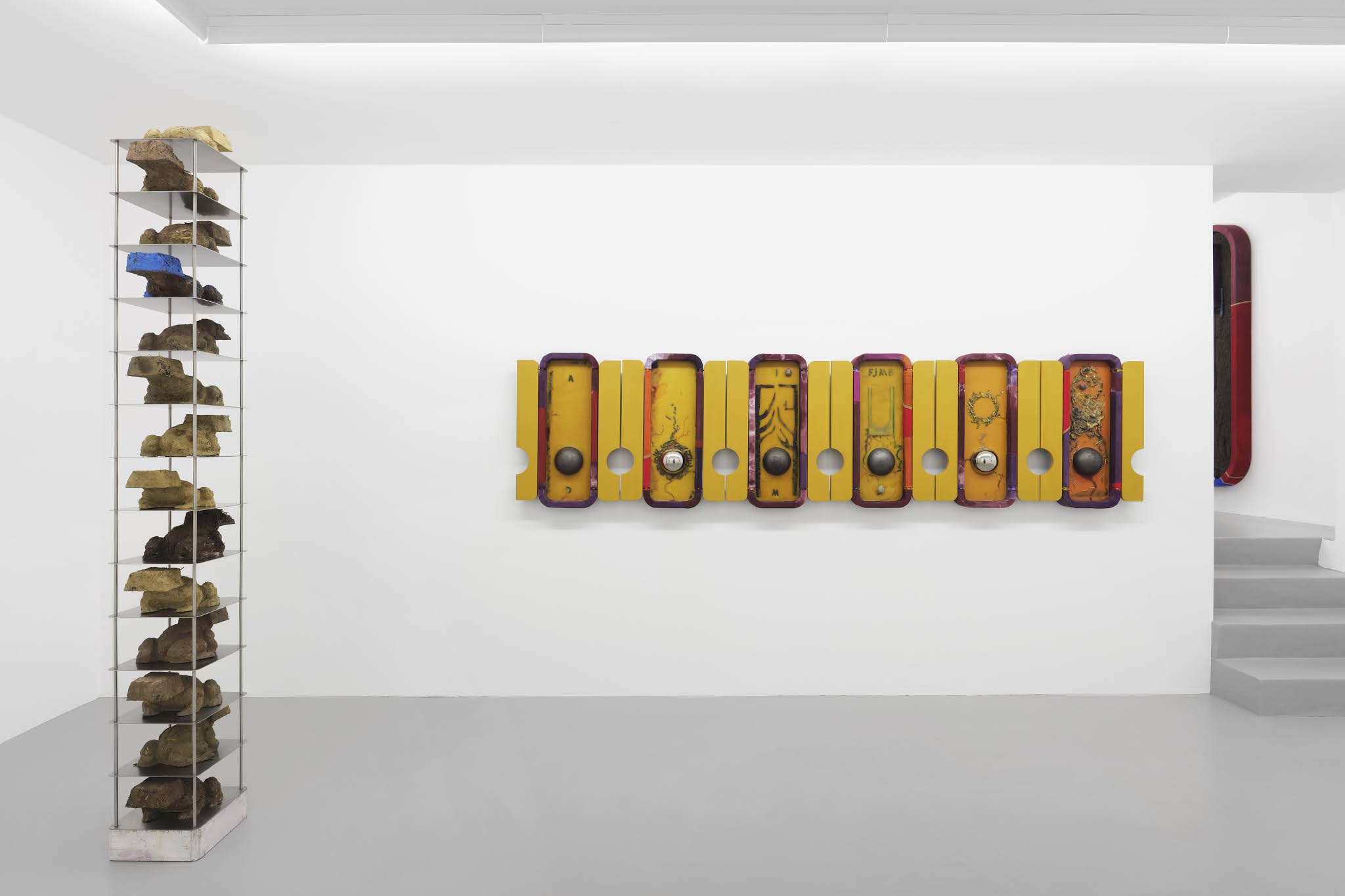 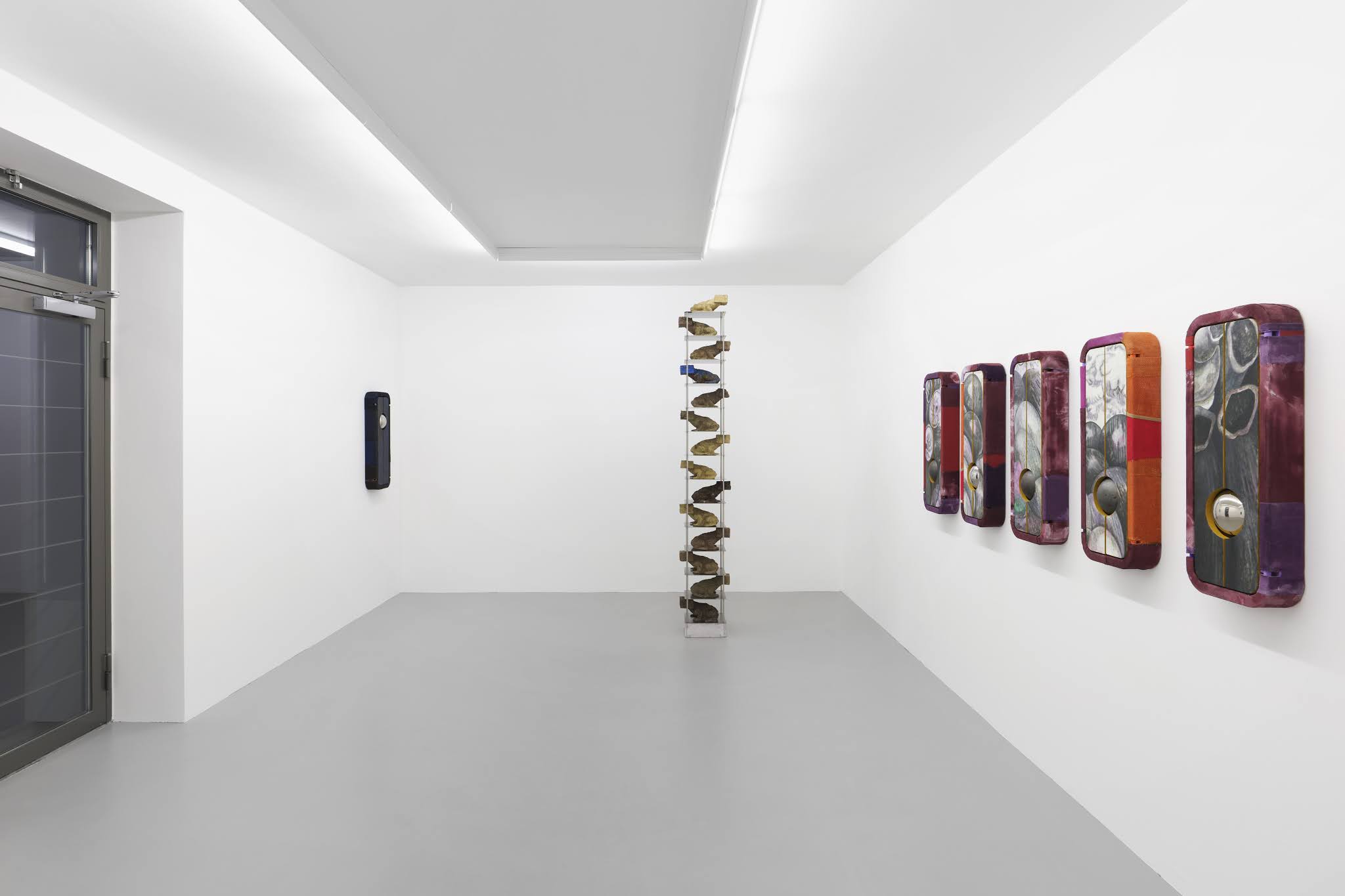 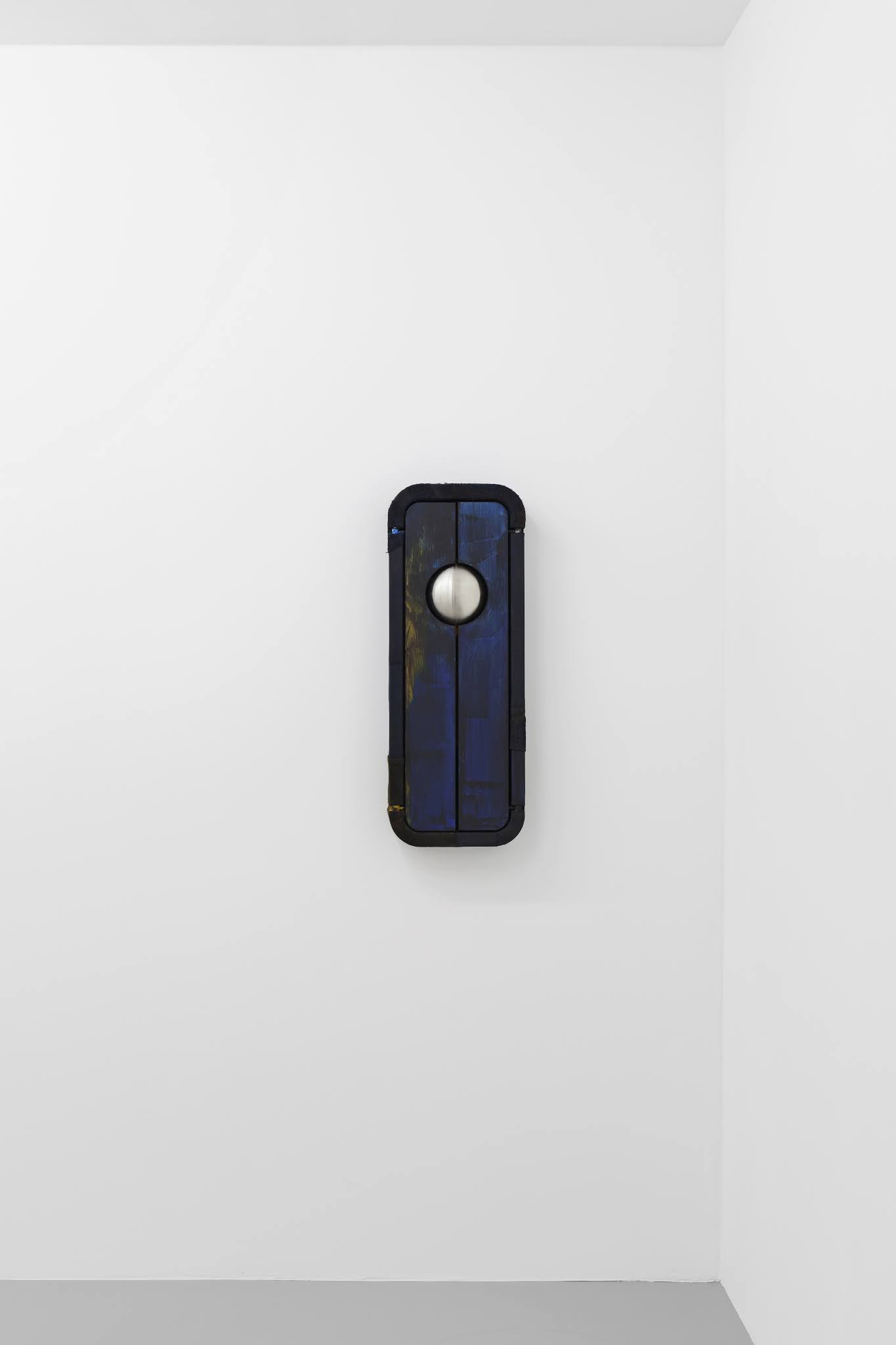 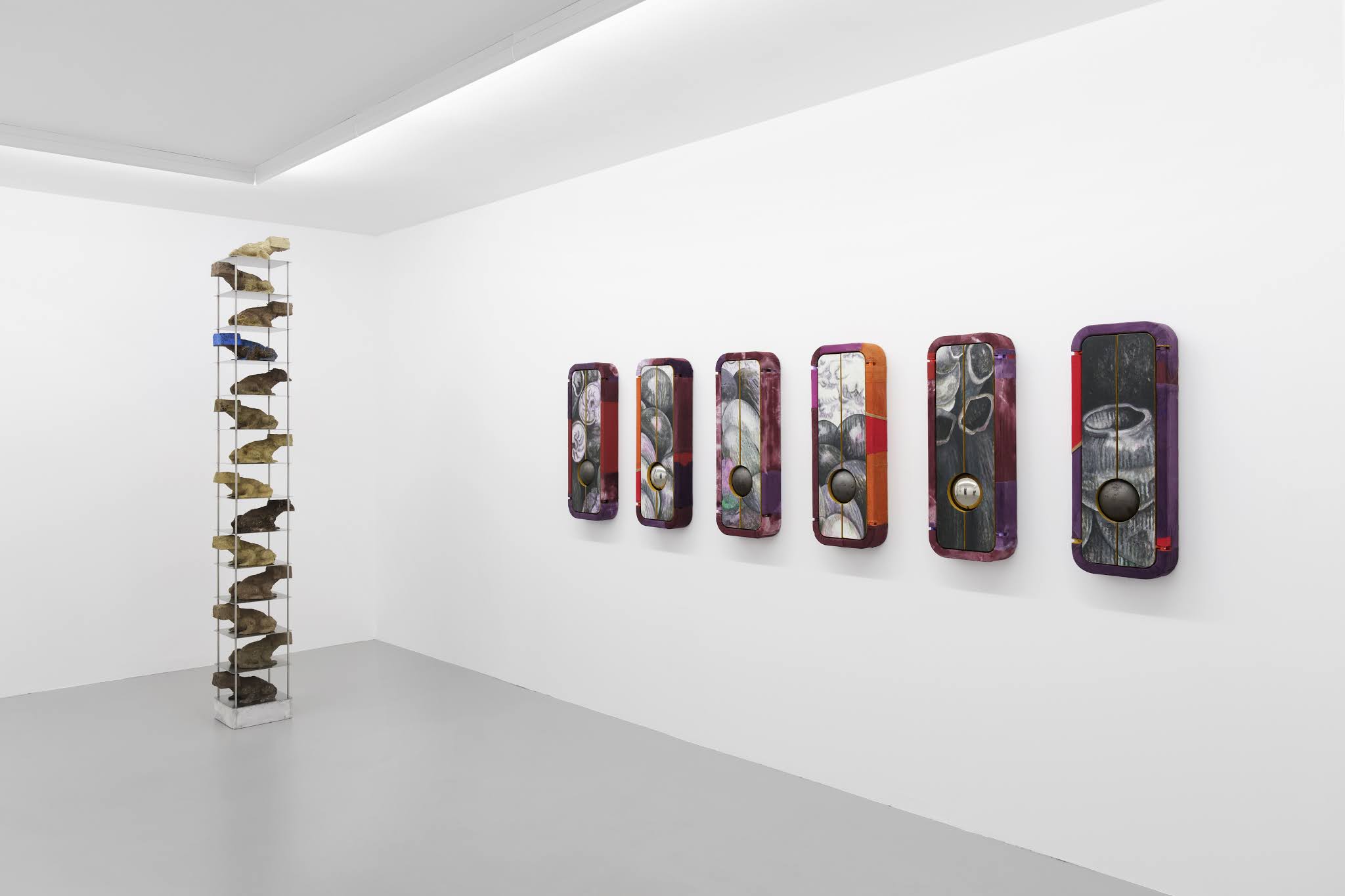 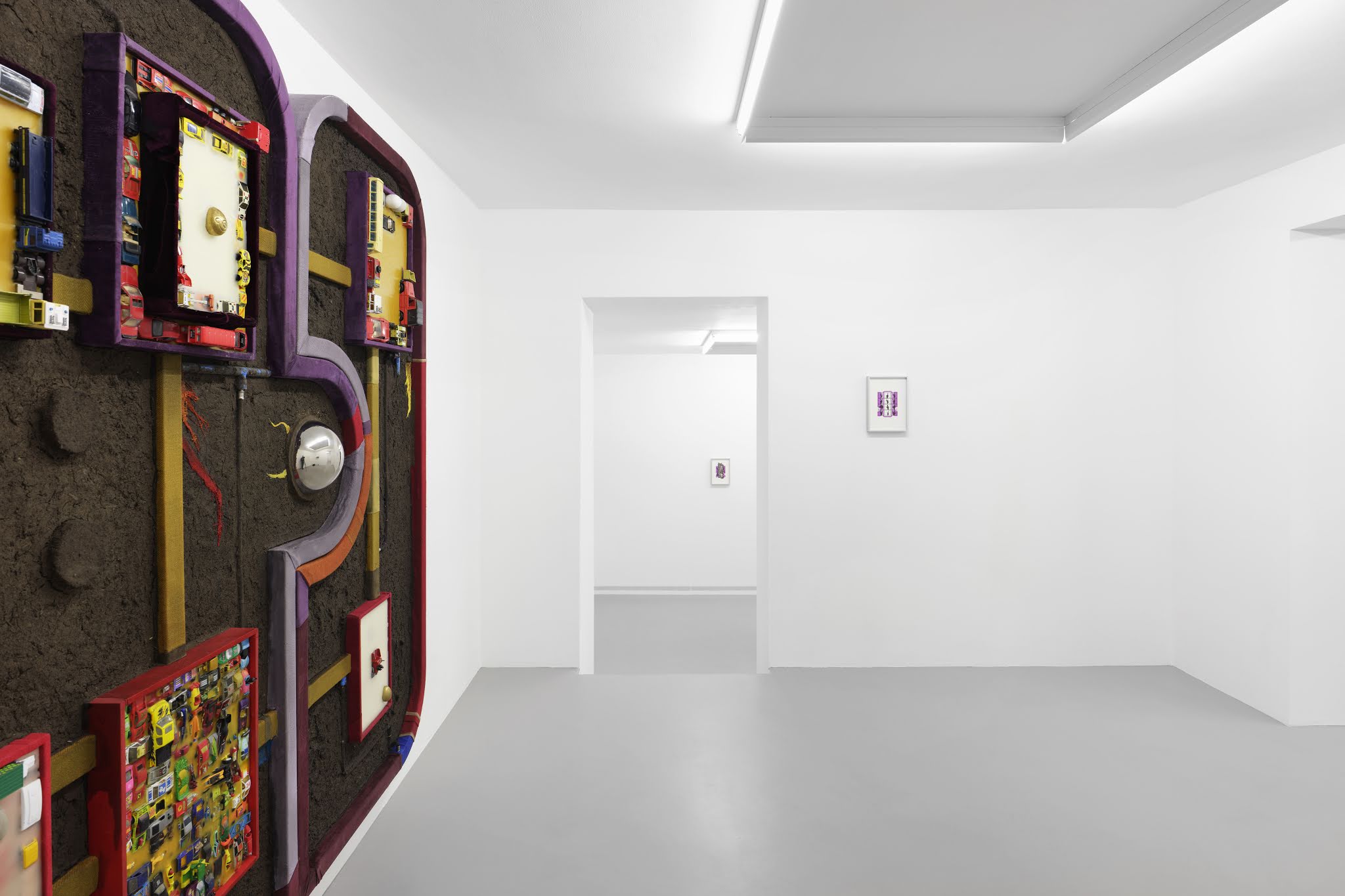 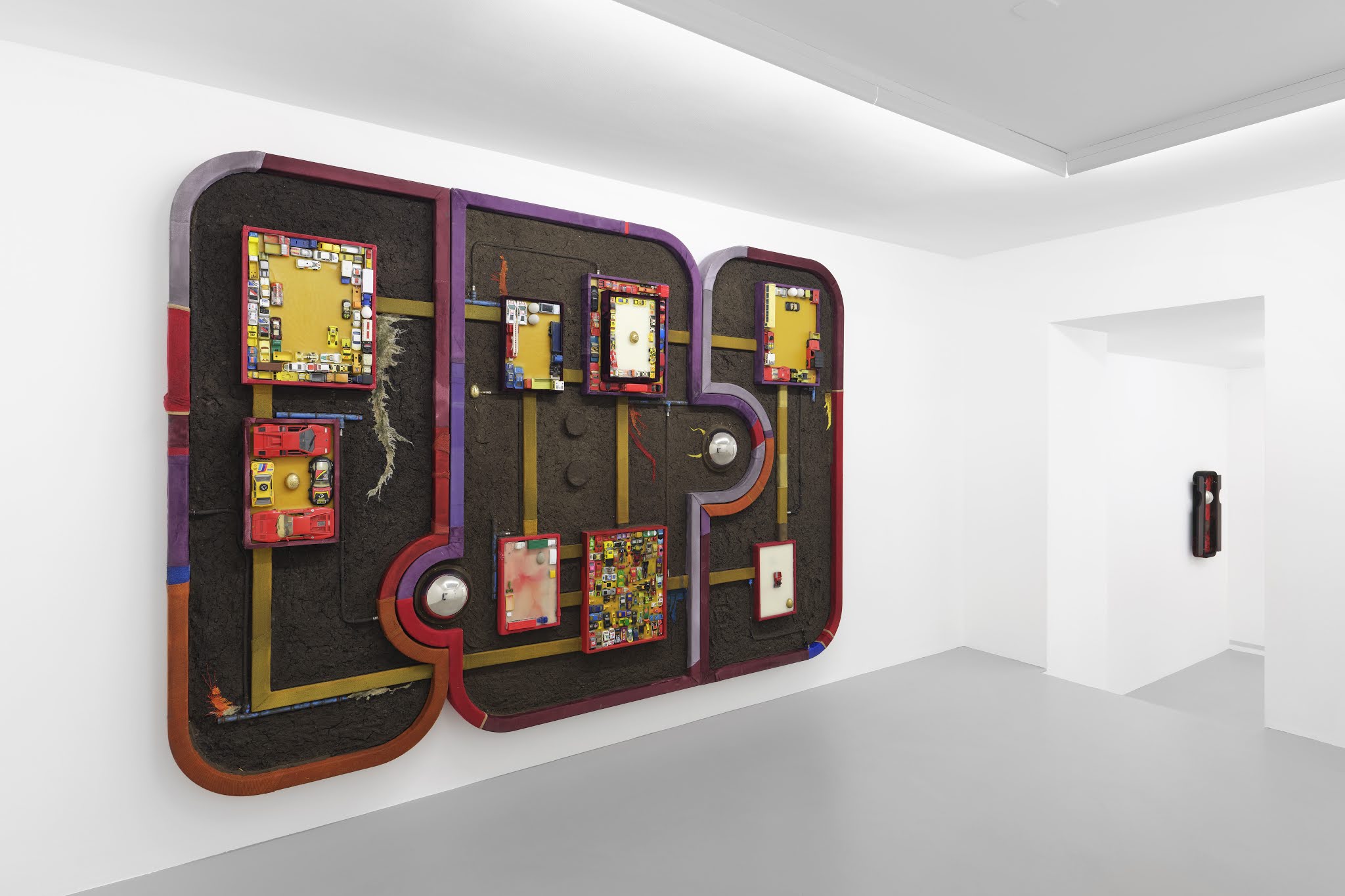 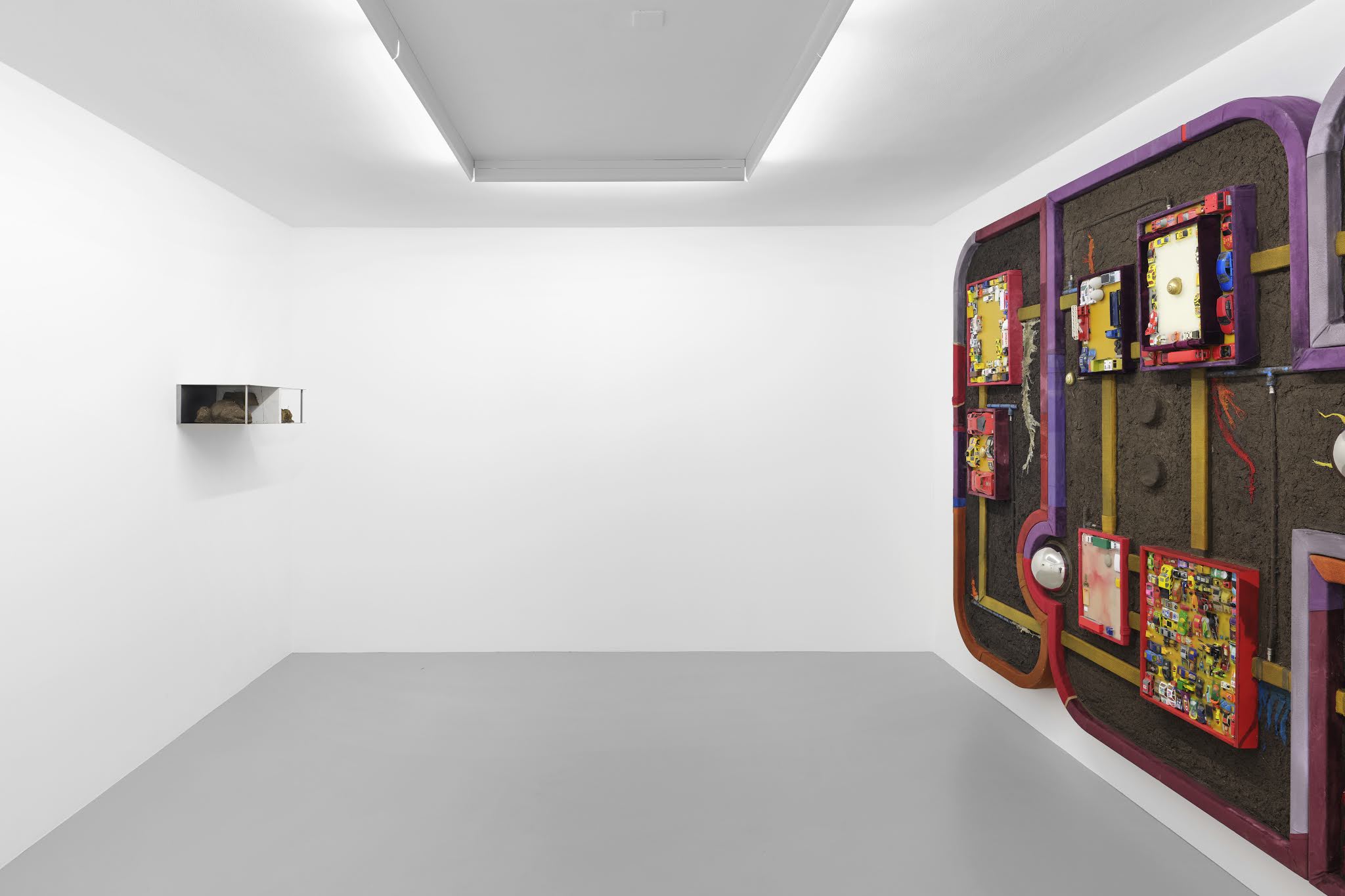 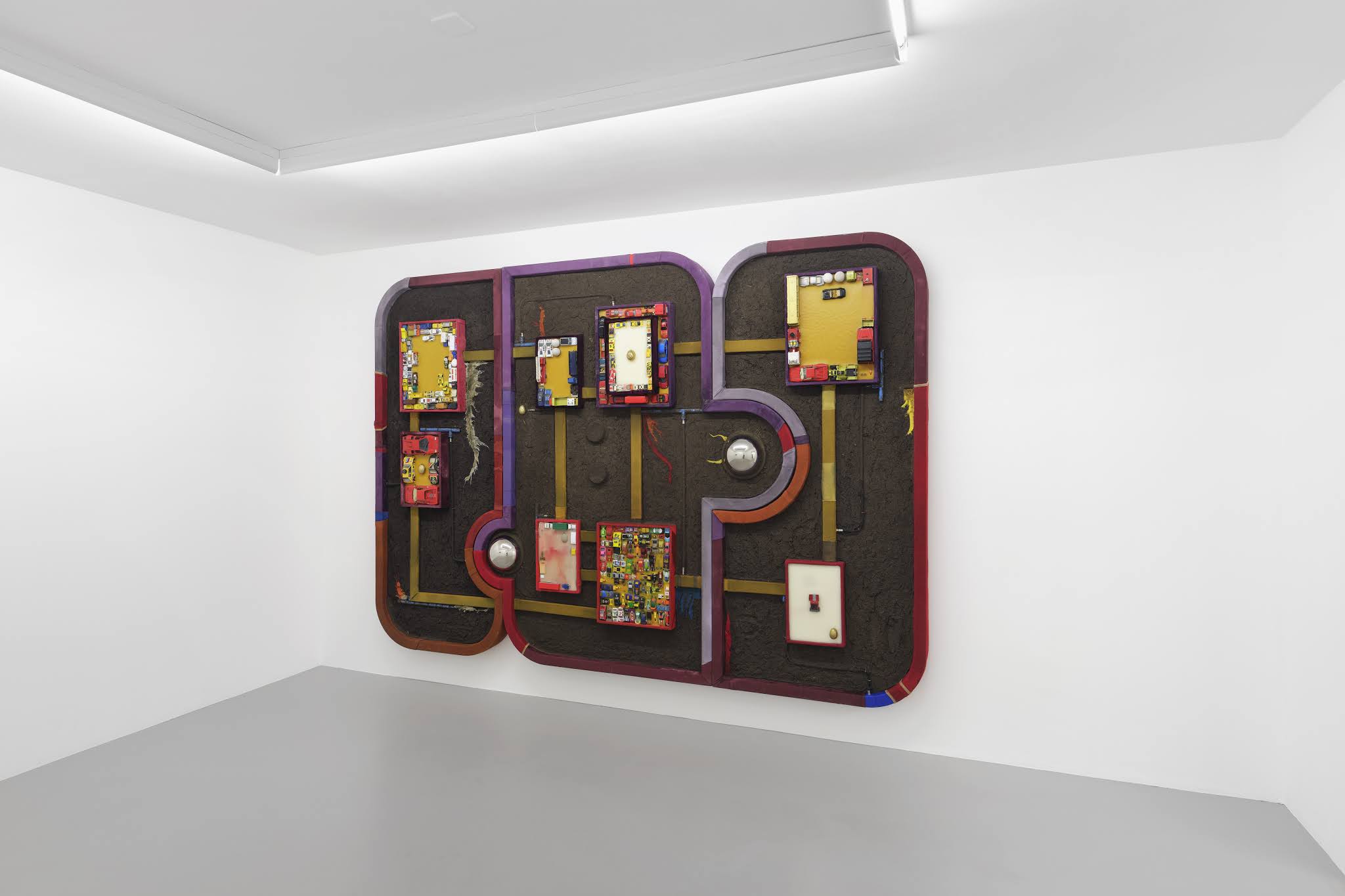 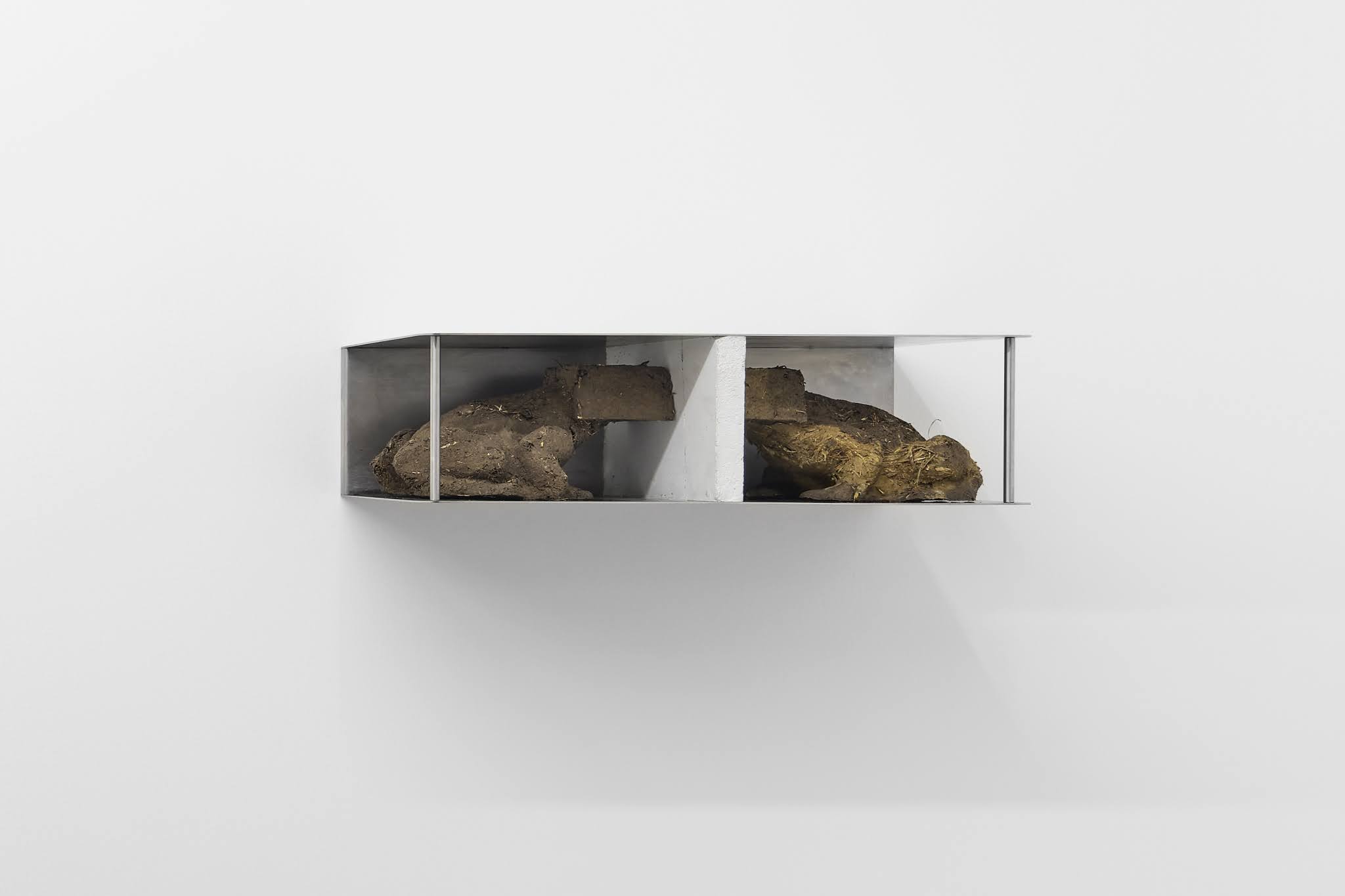 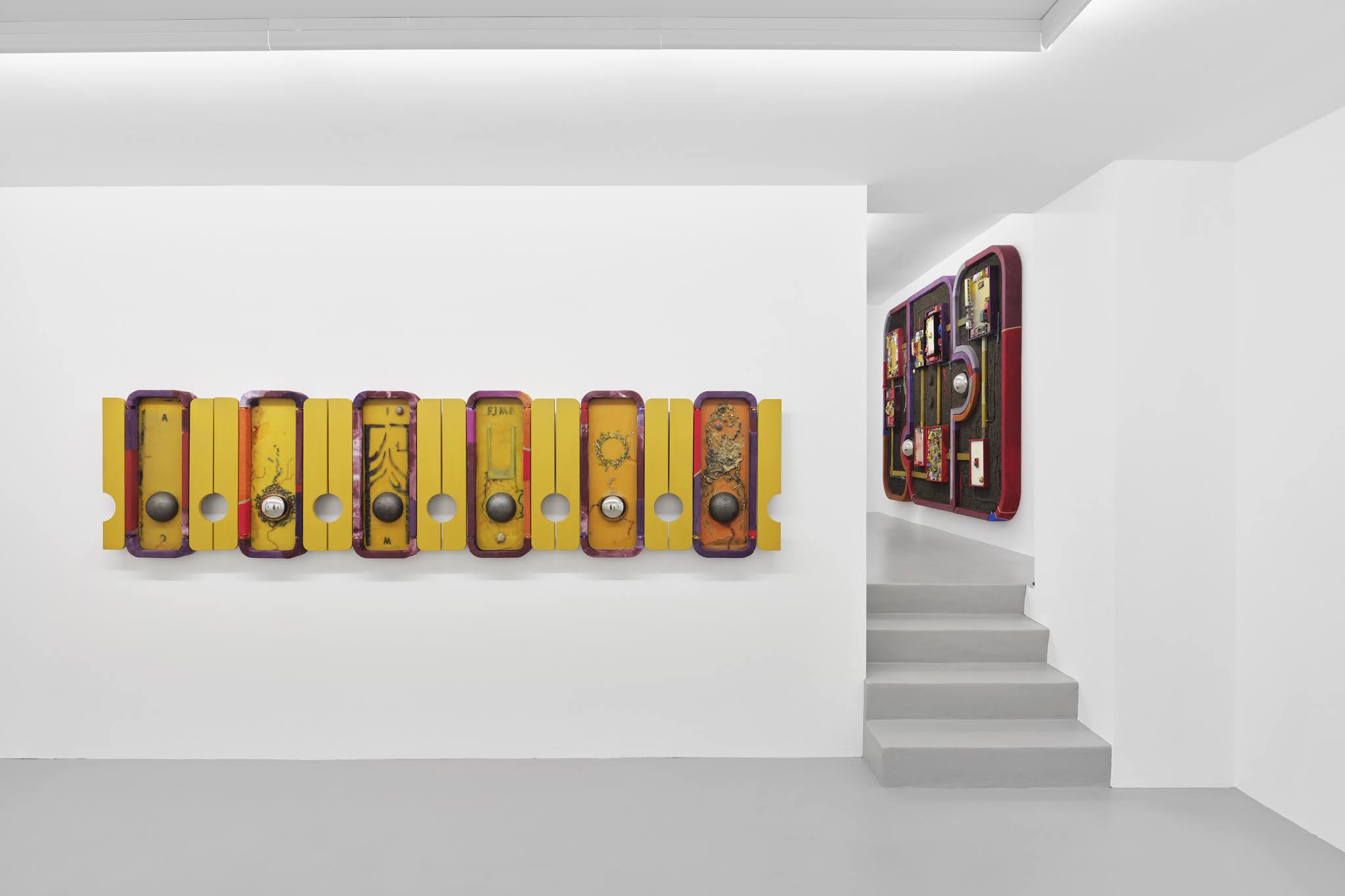 PHILIPPZOLLINGER is proud to announce Tooth of a Giant, the second solo exhibition by Swiss-Brazilian artist Pedro Wirz. The exhibition introduces a setting with recent sculptures and wall-objects, drawing reference from cultural history, science, craft as well as folklore.
The exhibition title is drawn from a description given to an isolated mastodon molar transported from New York to London in the early 18th century. The label given exemplifies a moment of scientific study when something unfamiliar was dubbed with a familiar concept, albeit a fantastical one. The study of the history of life would in fact only emerge decades later, at the end of the 18th Century, after a lengthy dispute debating if life possessed a history at all.  At the time of the mastodon molar in London, it was confounding to consider nature as something that altered course or trajectory, but the emerging field of Paleontology warranted the veracity of this new knowledge.
In 1914, Austrian paleontologist Othenio Abel suggested that the ancient Greek myth of the Cyclops might be tied to ancestral farmers unearthing dwarf skulls of another extinct proboscidean species, the large nasal opening being mistaken for a single eye socket.  There is something tenable and formidable about how turning soil, a story, and a bone can be woven together by generations to retell the story of the world as it was (and to signify a world as it is). The two episodes are examples of how we cannot think of our social, cultural or even linguistic domains lying outside of natural history, and this argument clearly reverberates with present-day interpretations of that history referred to in the exhibition.  As an example, Wirz has developed a contemporary take on the folklore of the griffin; re-imagined with the head as a monolith, and the body and legs of a frog.  Amphibians are today the fastest disappearing class of creatures and representative of what scientists have begun to designate as the sixth mass extinction in the Earth's long history.
The focal point for Pedro Wirz is the significance of extinction as a process in the modulation of planetary life. This is a wide spanning subject matter, topical, and in tandem with the crises we face today. And yet, the group of works in the exhibition touches upon more complex perspectives such as: can humanity assign equal value to a world it's existing in and a world it's not existing in?
We amplify our participation in our geological age, we uphold our dominance over multiple biomes and note the astounding control we have achieved over the physics and chemistry of the natural world, but in a sense, it is limiting to bolster an anthropogenic lens over these activities.  The theoretical aspect of the exhibition expresses that the practice of living is alike to all species, it is tied to forms and outcomes. The efficient cause of every biological activity is change.
In 2021, Pedro Wirz (b. 1981) is scheduled for a solo exhibition at the Kunsthalle Basel. Recent solo shows include; Termite Terminators, Marc Selwyn (Los Angeles, 2020);  Sour Ground, Kai Matsumiya (New York, 2020); Verwachsen, Galerie Nagel Draxler (Berlin, 2019); A Curbing Wall of Debris\Nesting, Centre Culturel Suisse (Paris, 2019); A Curbing Wall of Debris\Landfilling, Kunsthaus Langenthal (2019); Terra Quente, LongTang (Zürich, 2019); Fábula, Frisson, Melancolia, Instituto Tomie Ohtake (São Paulo, 2017). In addition, Wirz has been included in numerous group exhibitions, such as at Aargauer Kunsthaus (2019); Centre Pasquart (2018); Blank Projects (Cape Town, 2018); Tinguely Museum (Basel, 2016); CCS Bard Hessel Museum of Art (New York, 2015); Künstlerhaus Stuttgart (2013); Dortmunder Kunstverein (2013); Palais de Tokyo (Paris, 2013) and Kunsthalle Basel (2011).