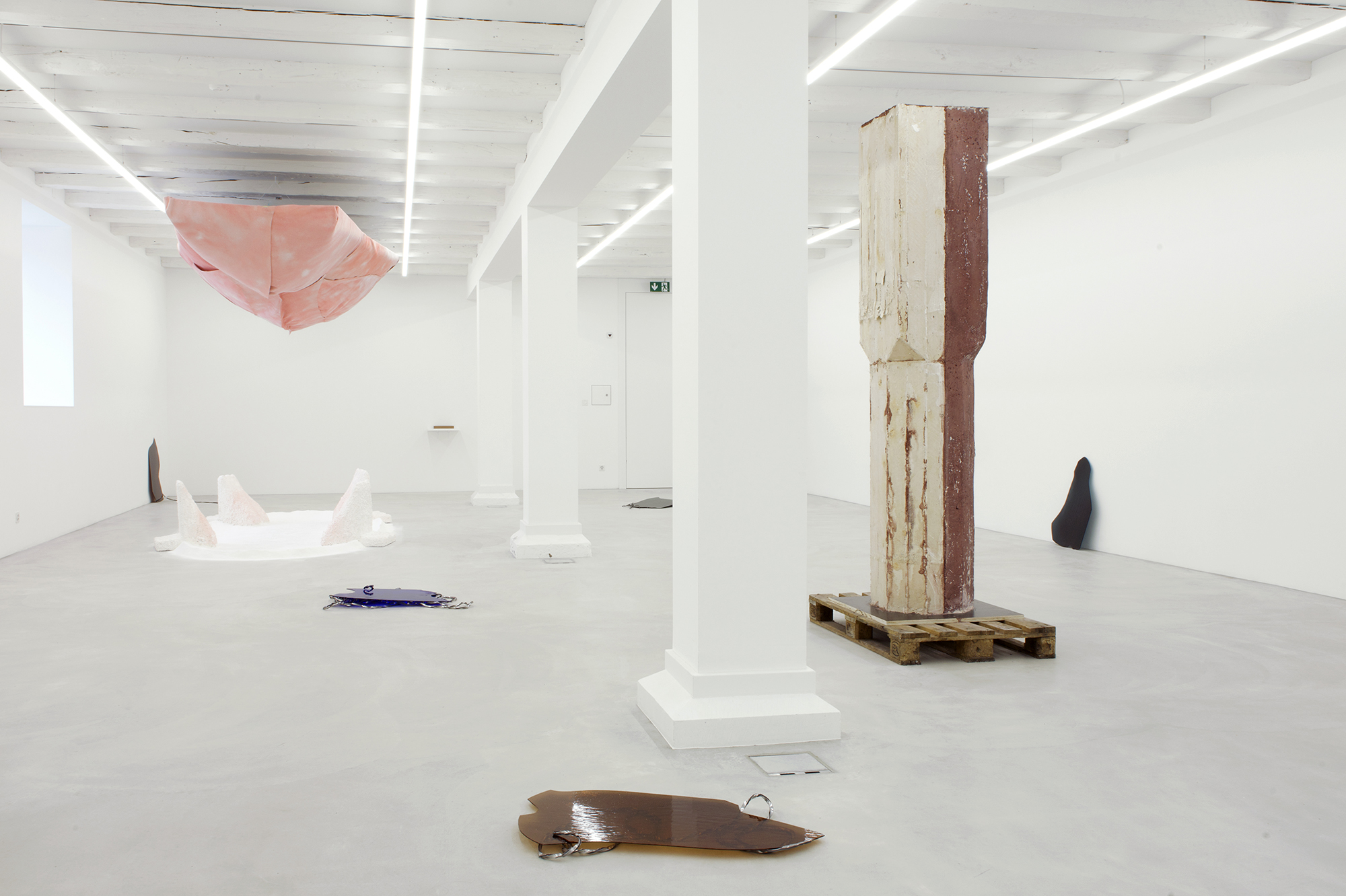 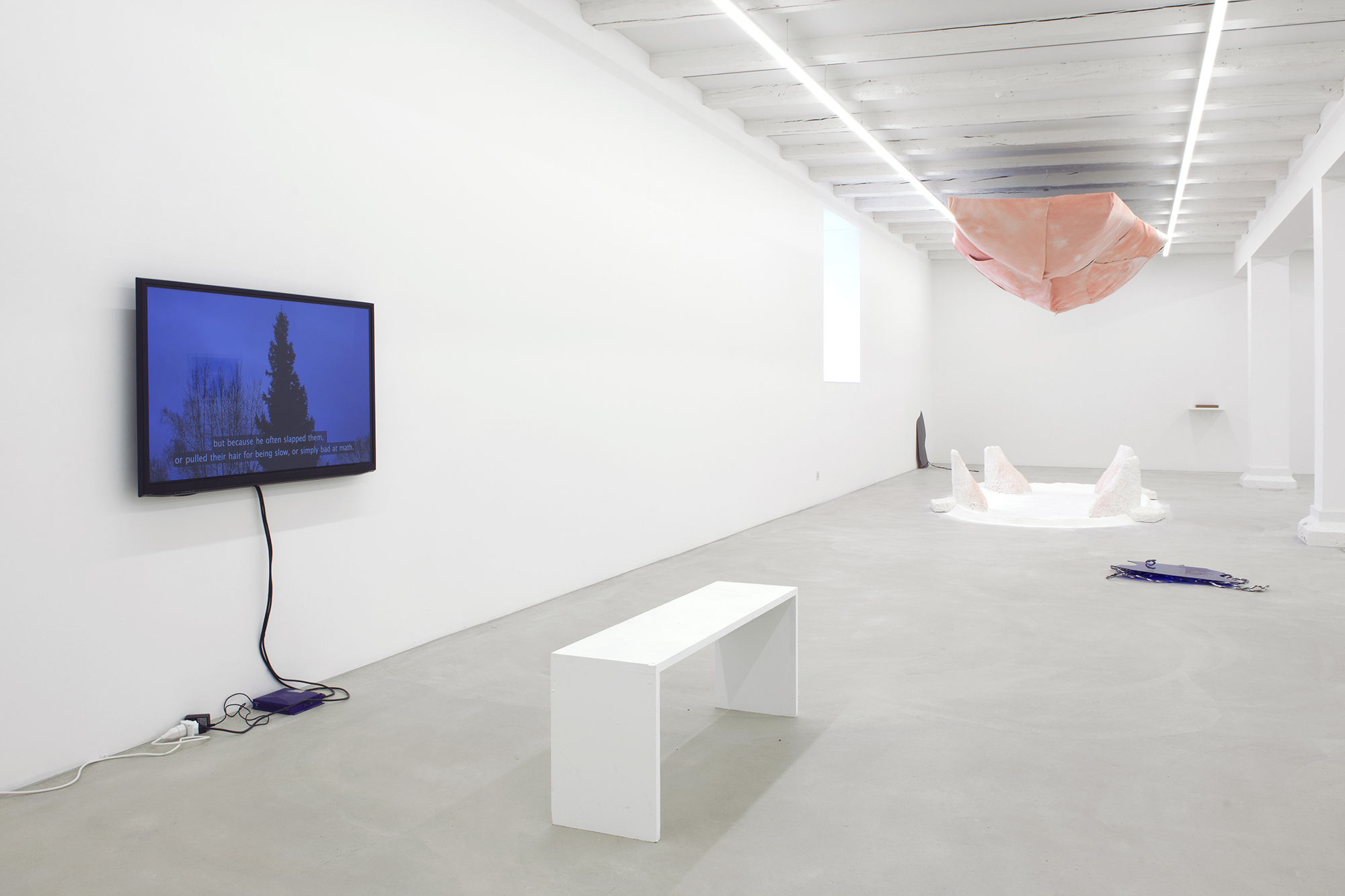 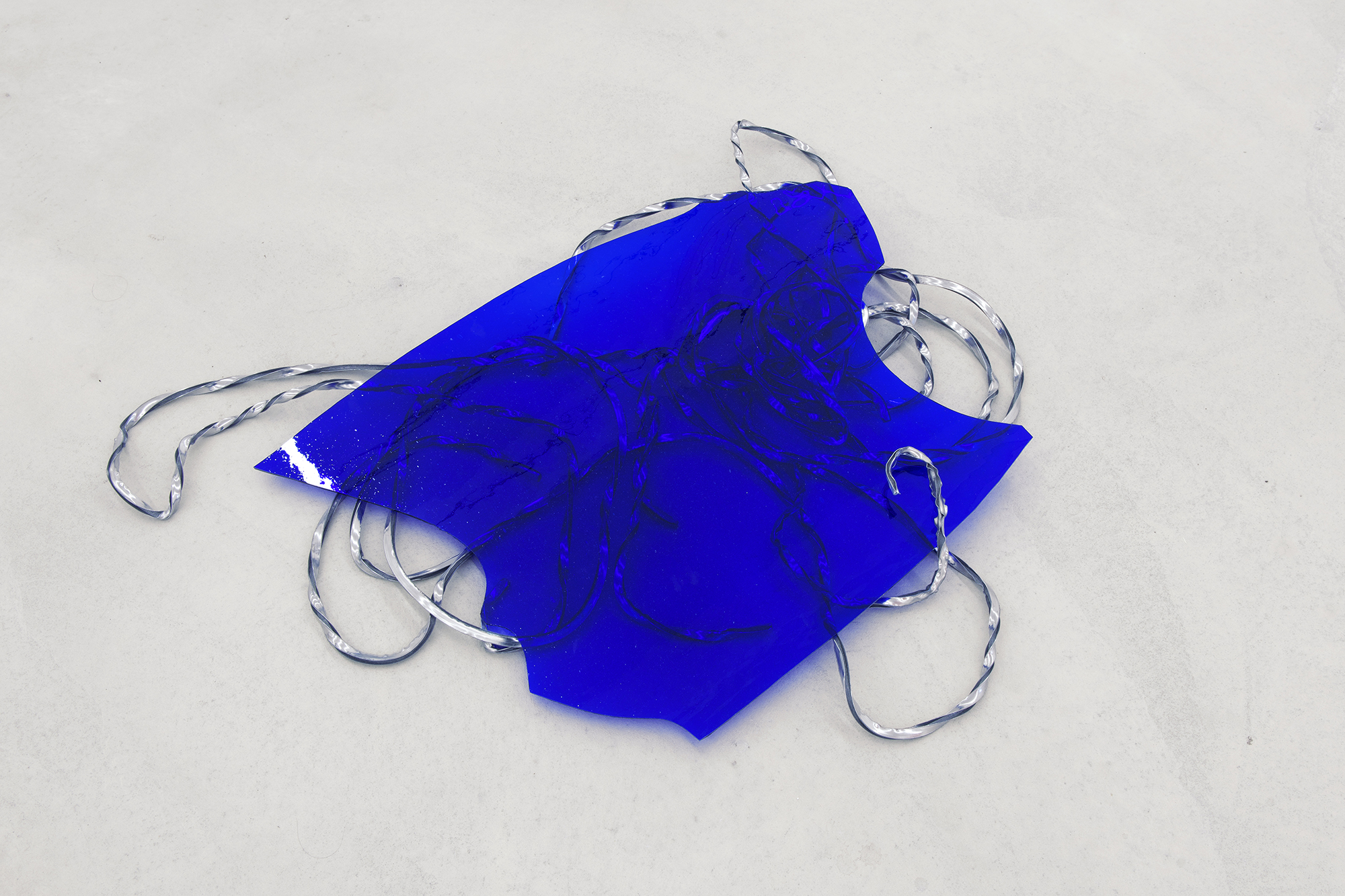 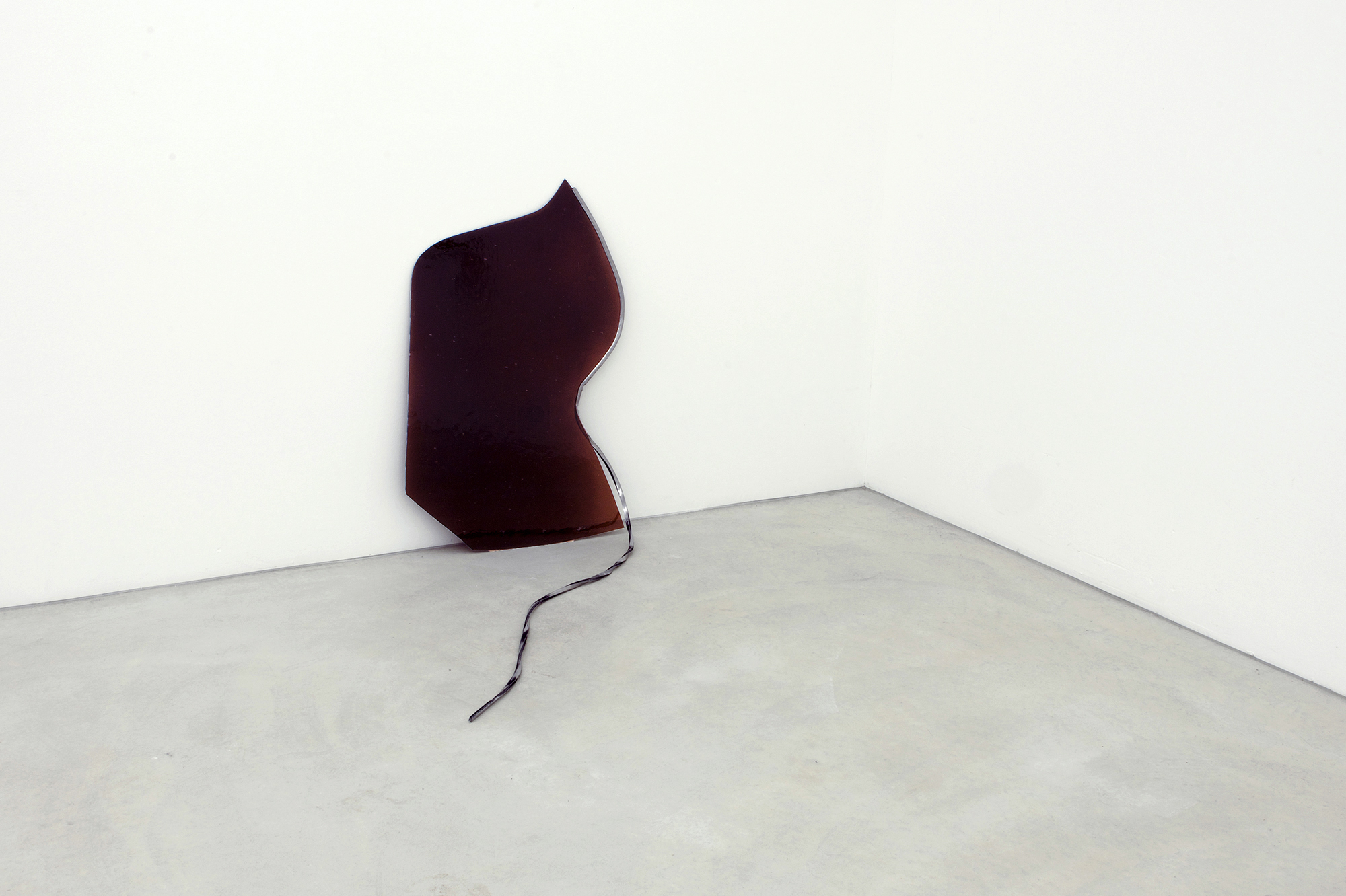 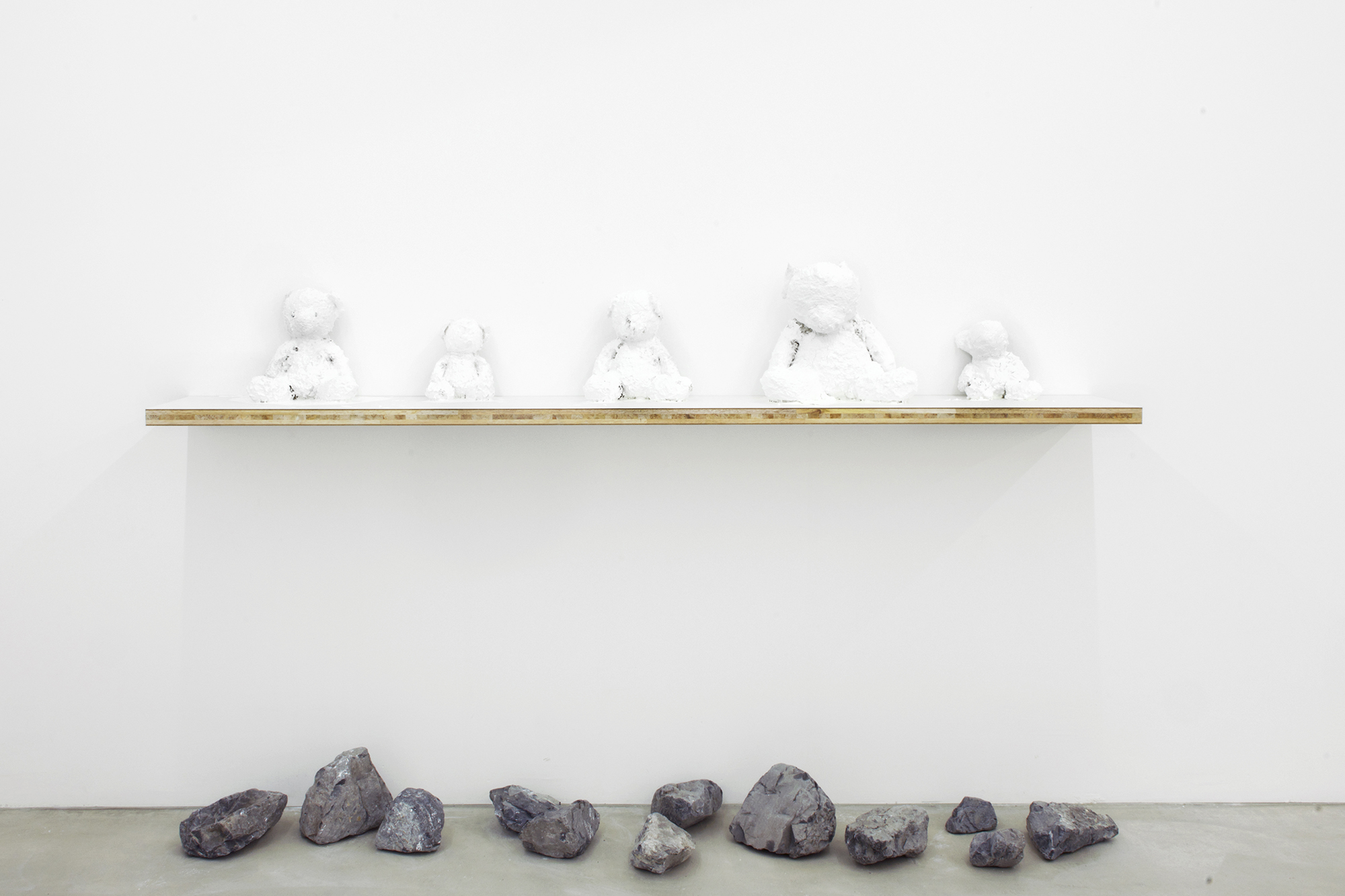 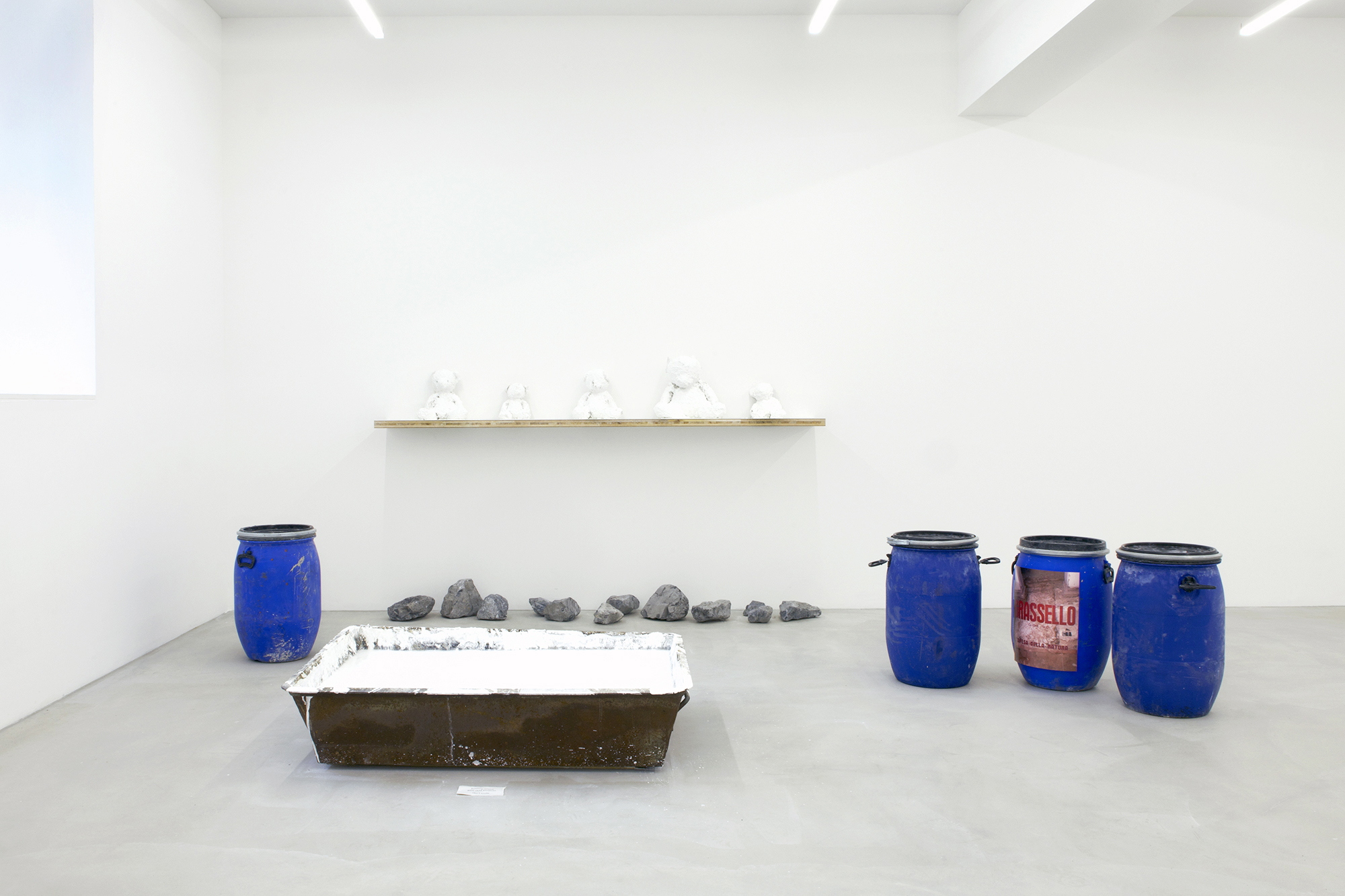 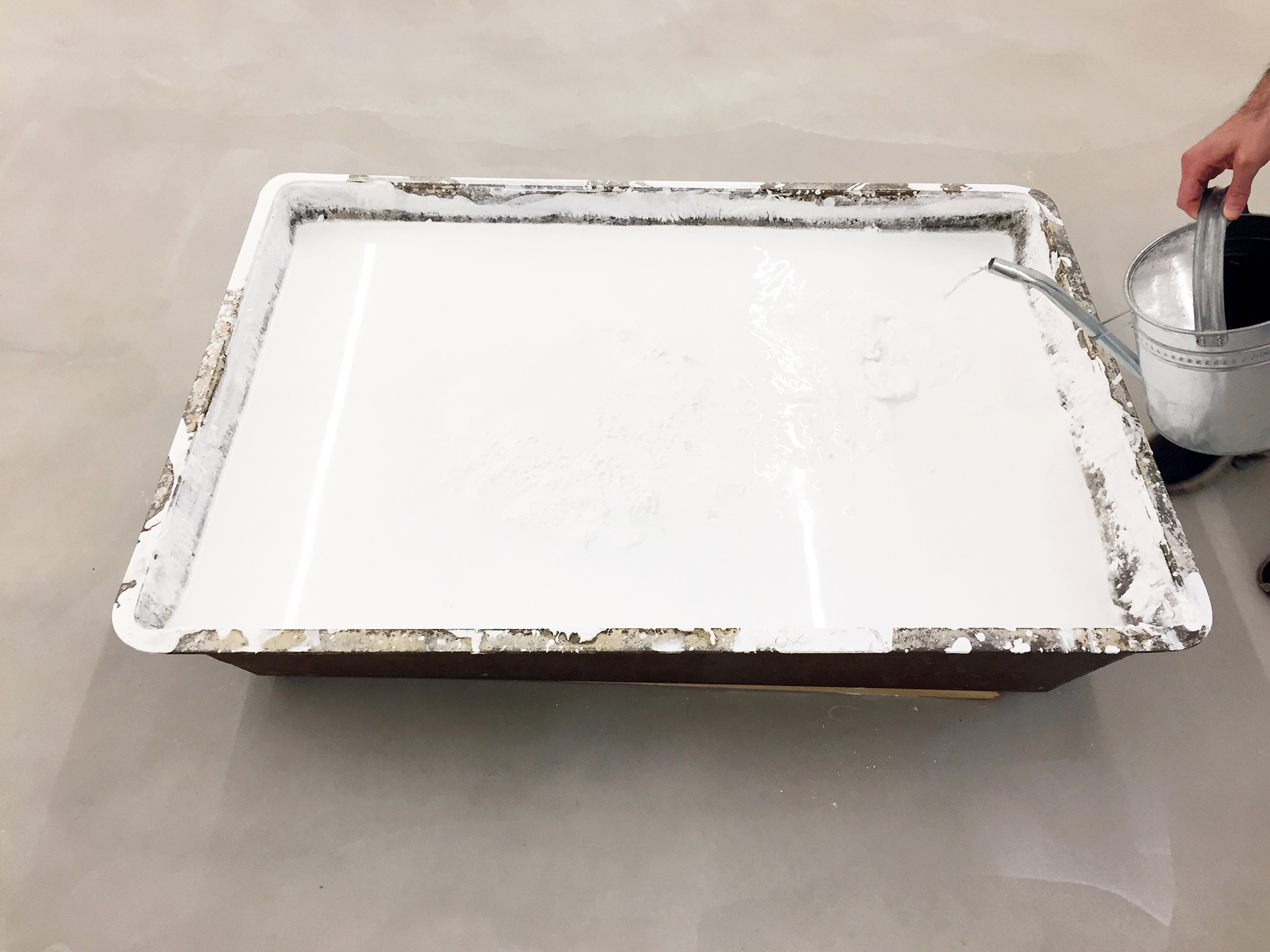 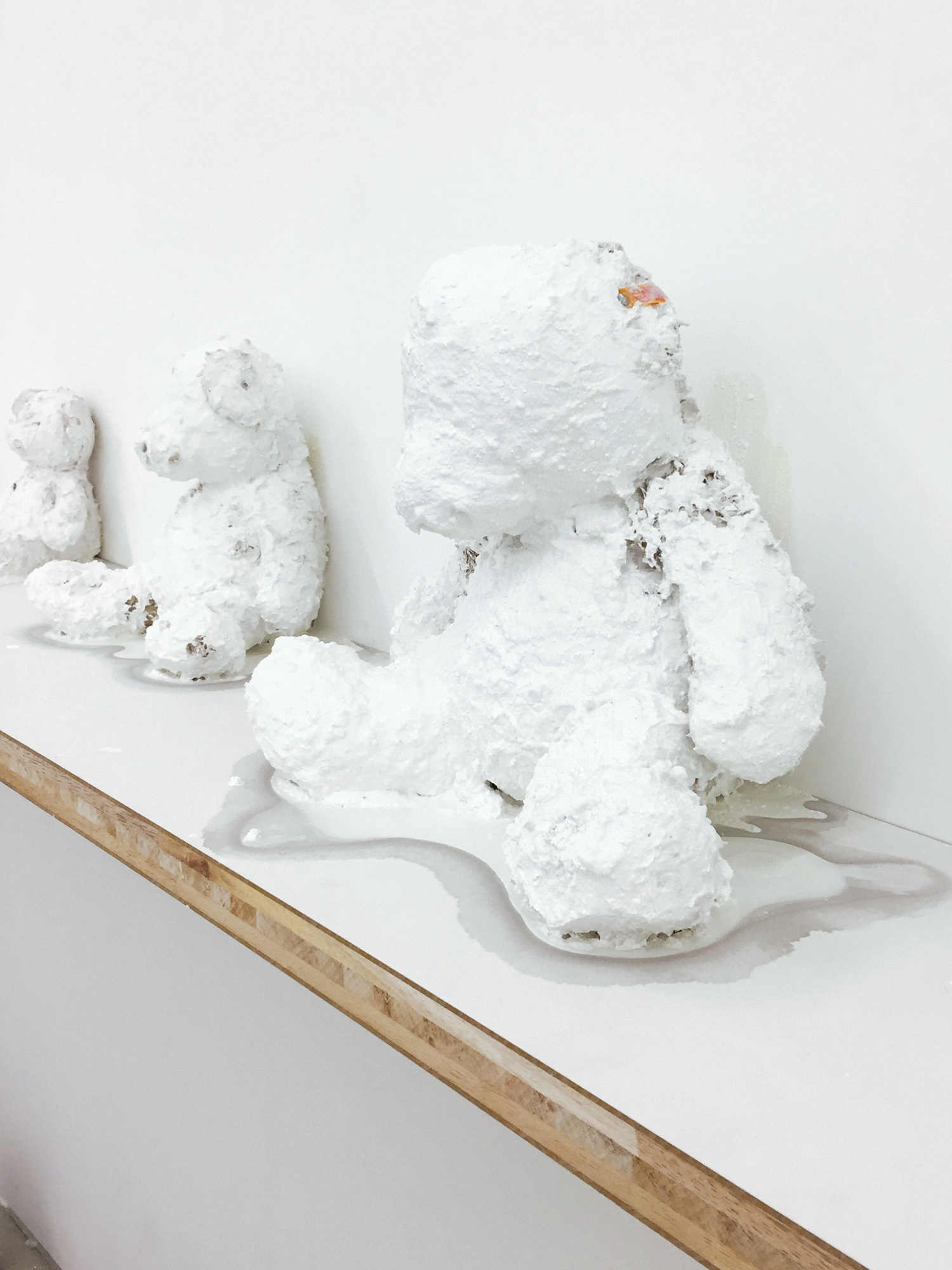 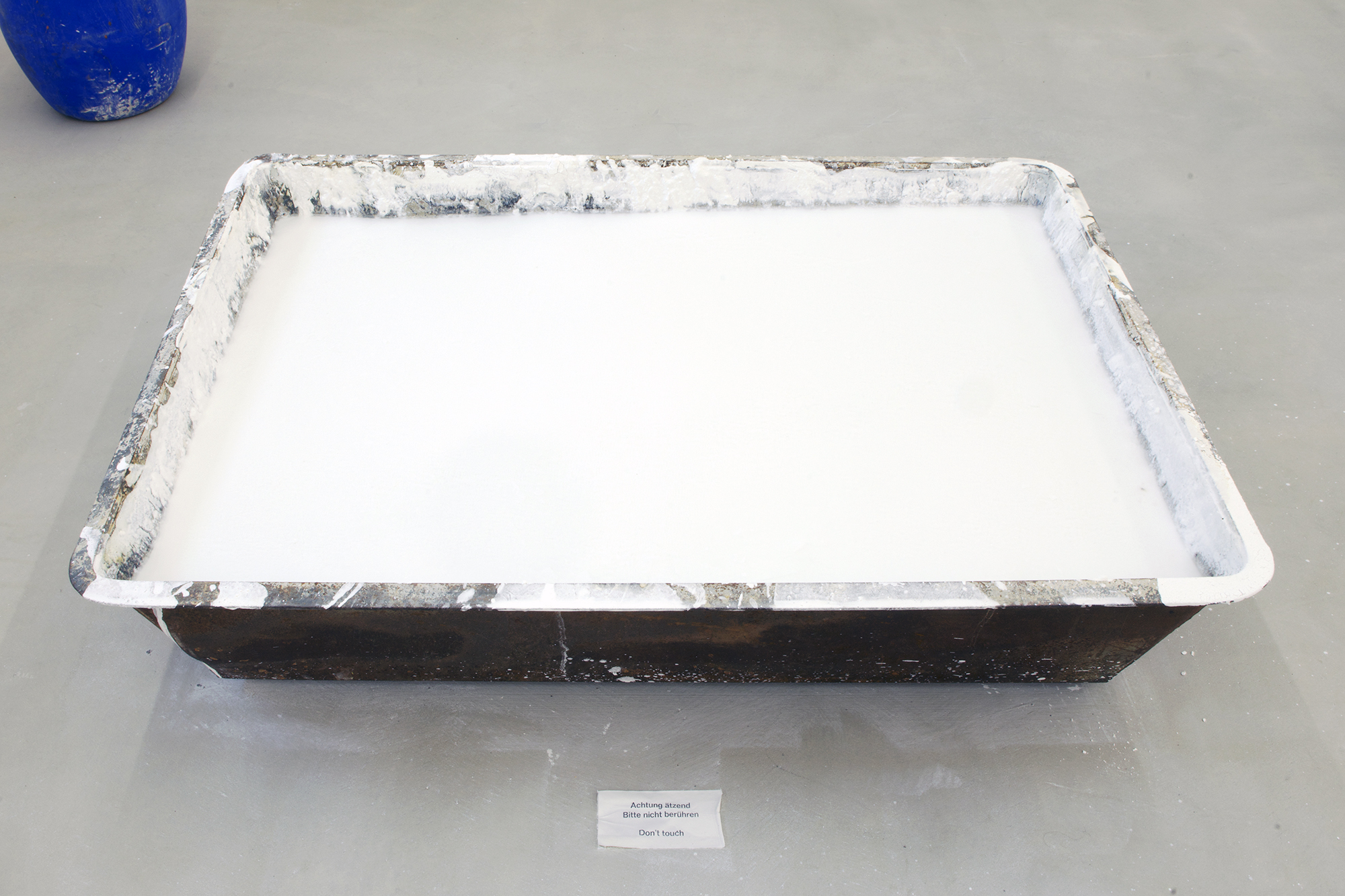 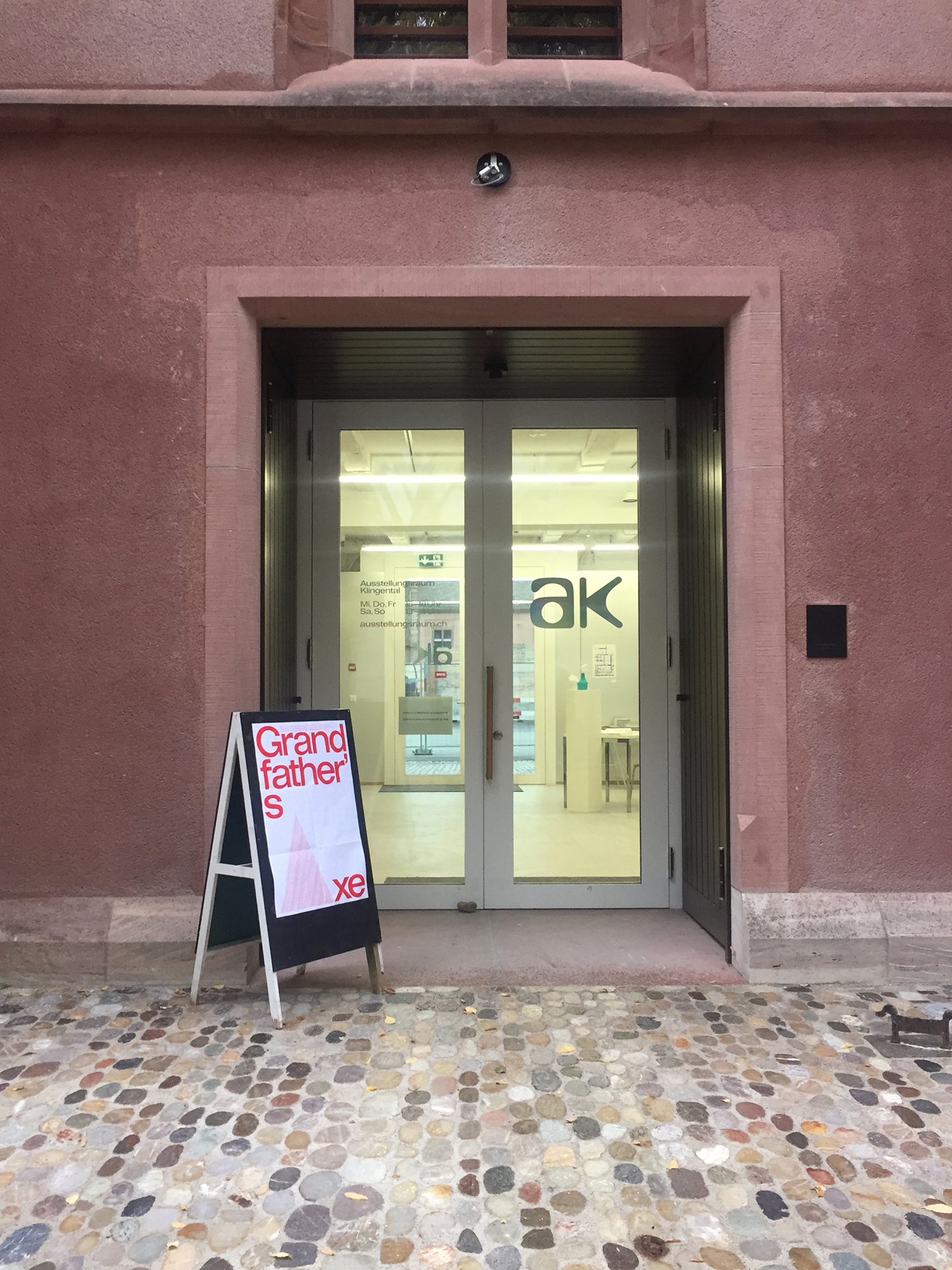 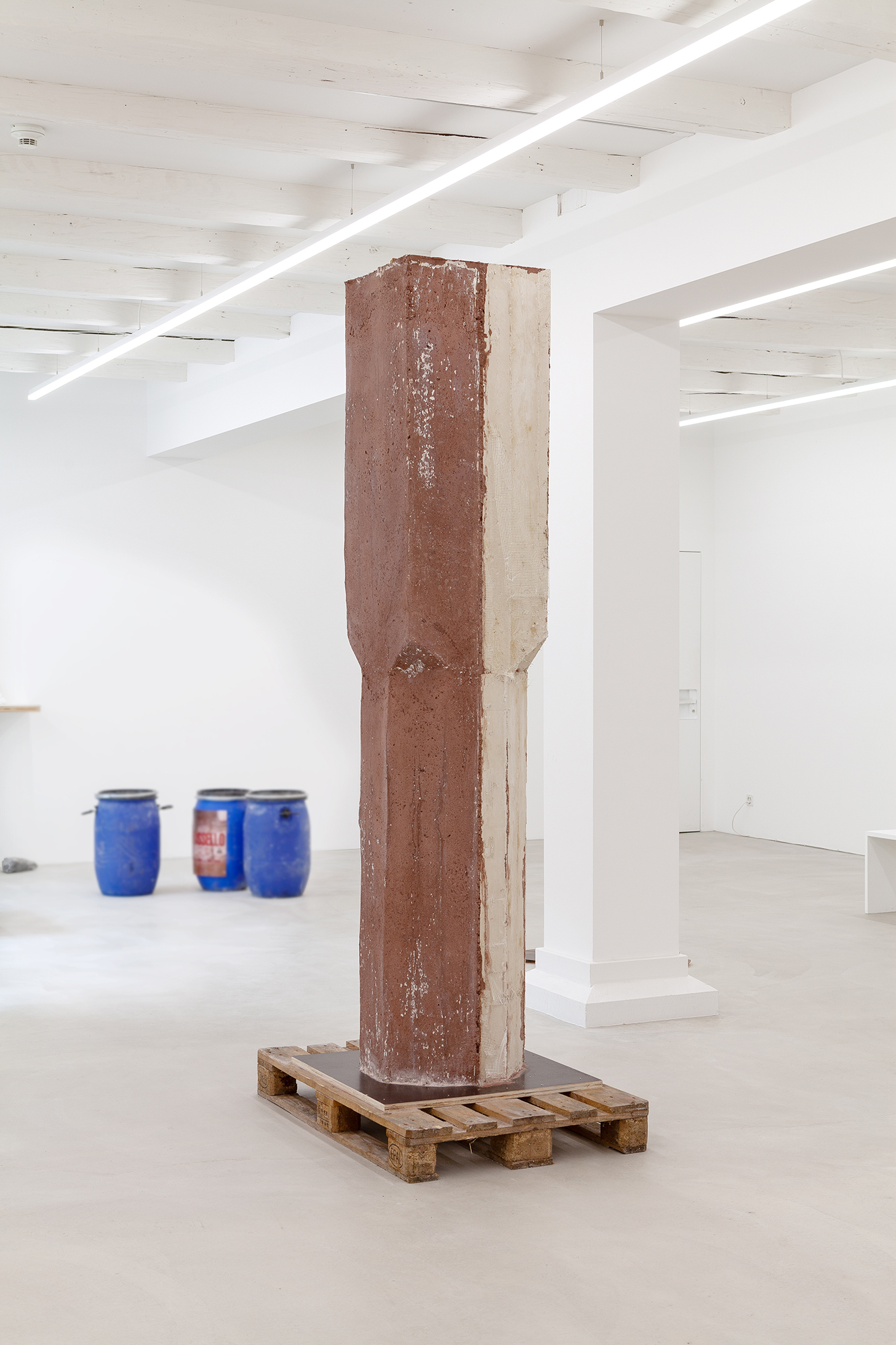 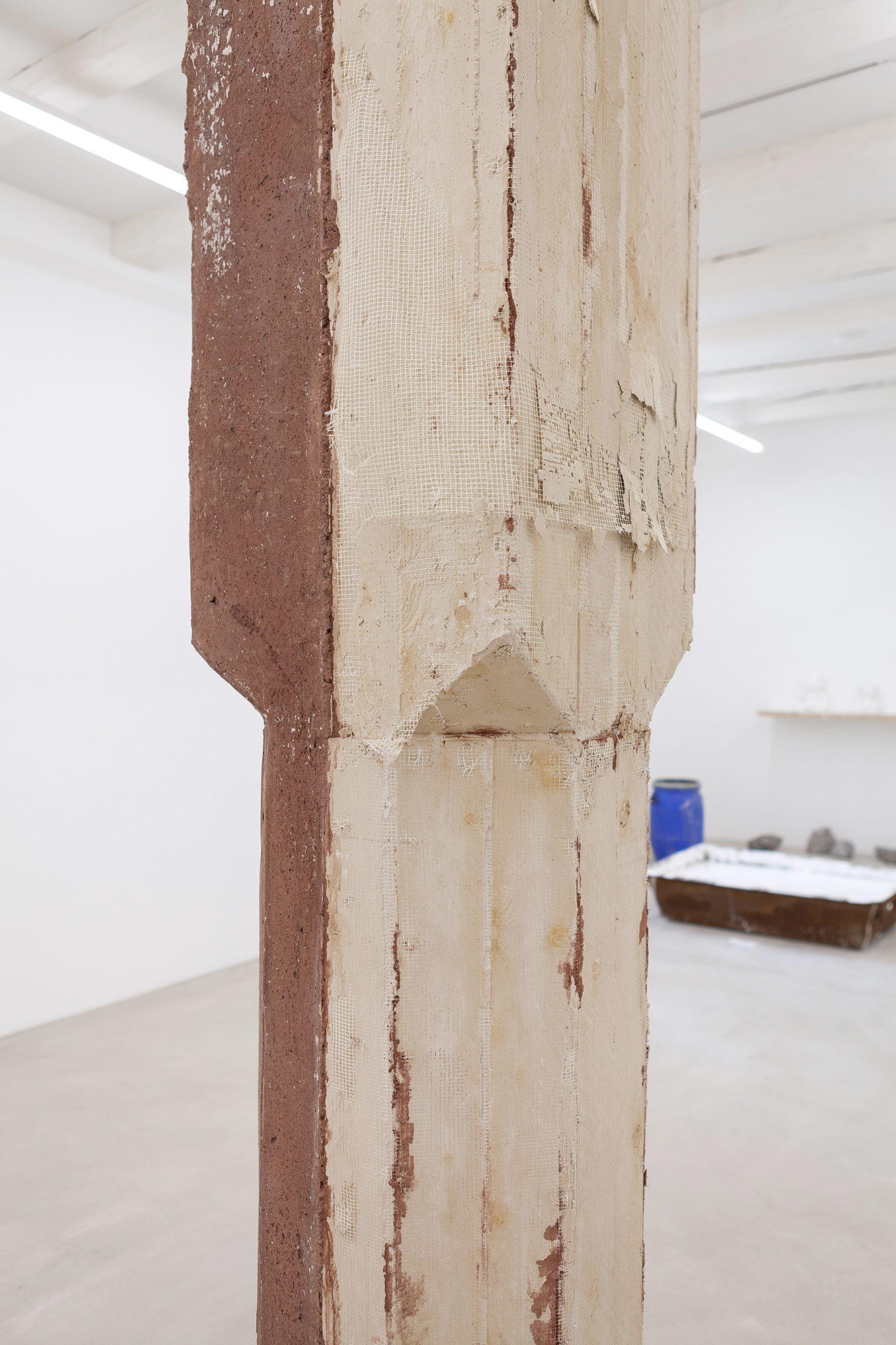 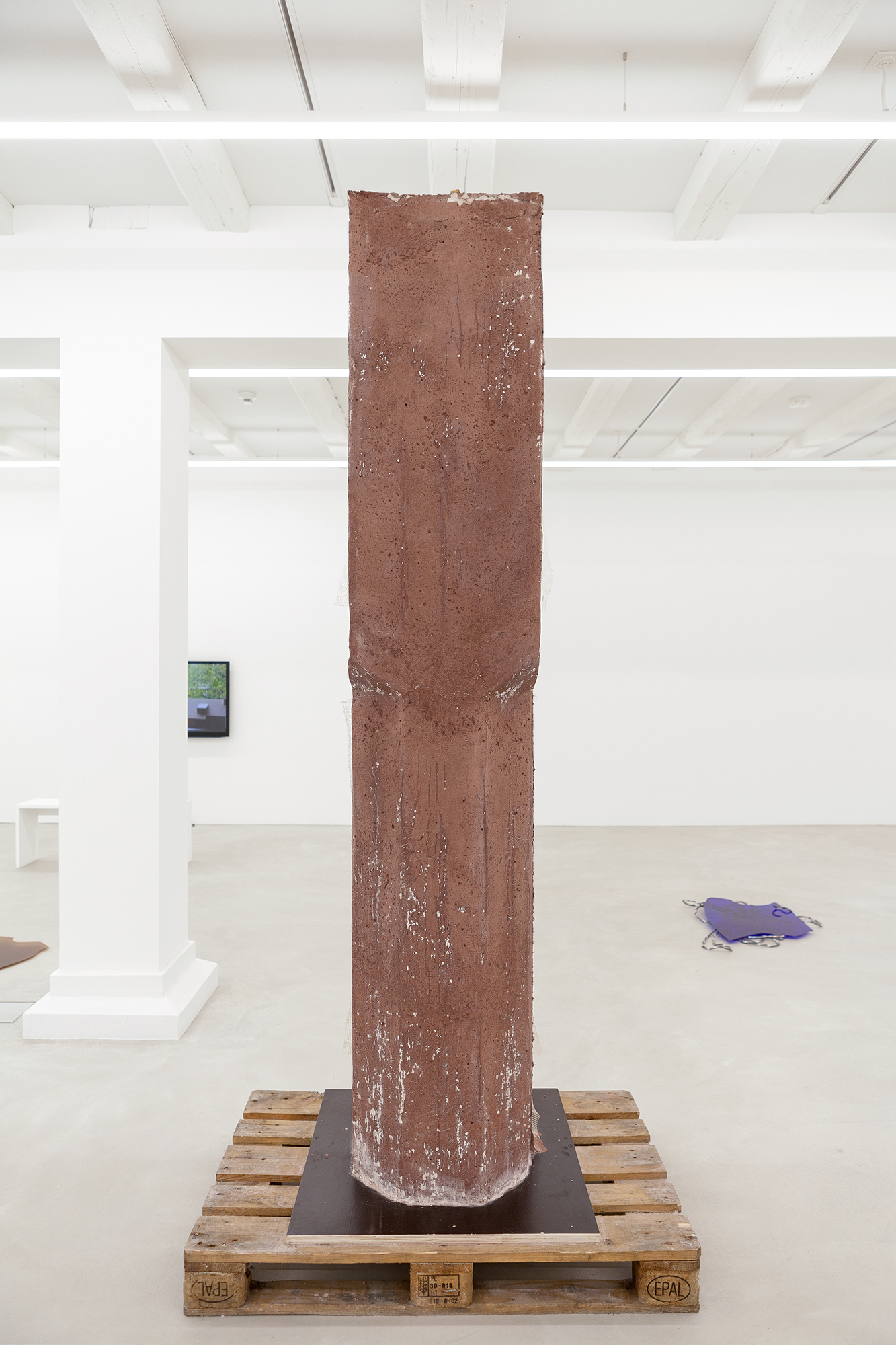 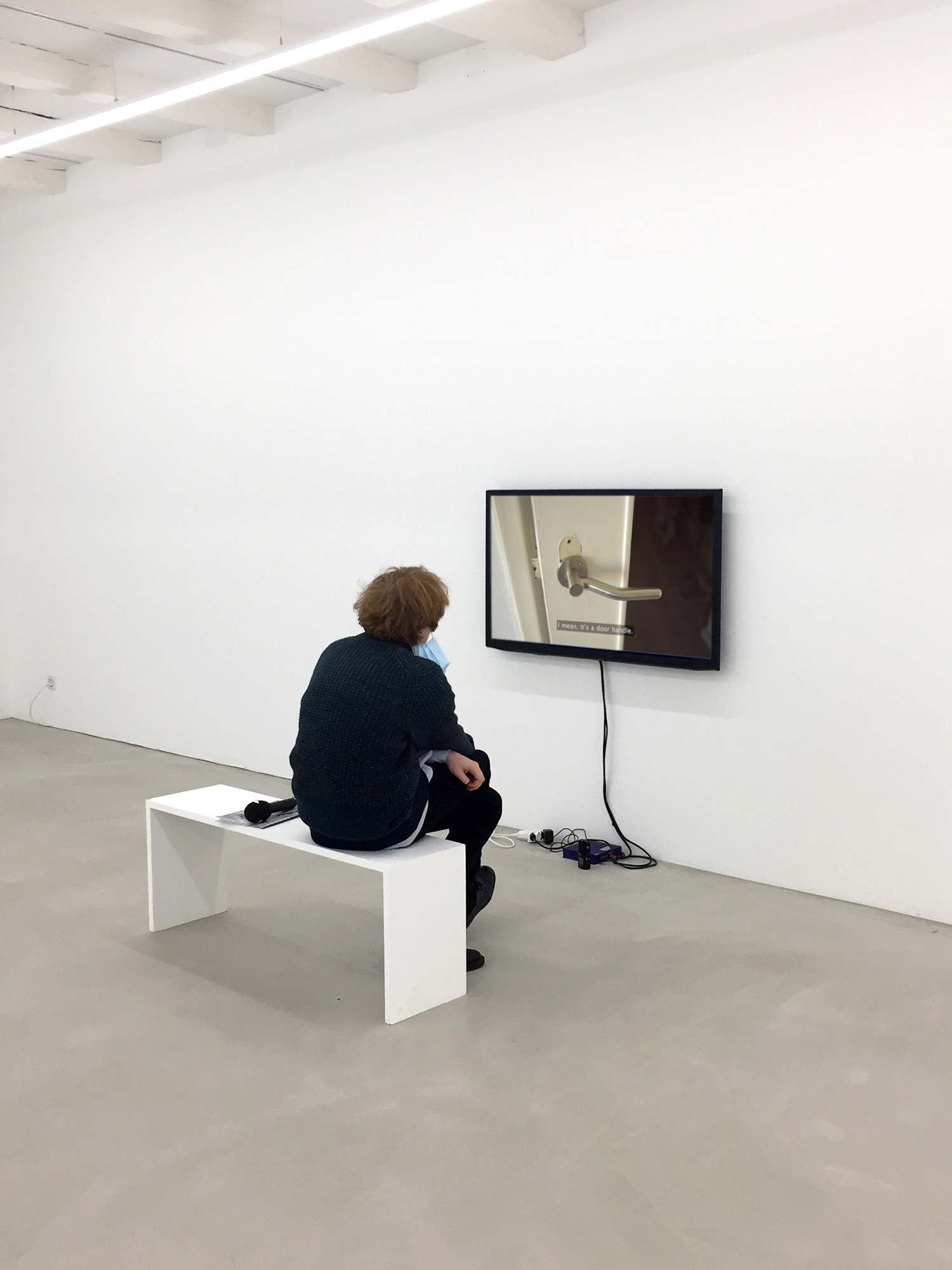 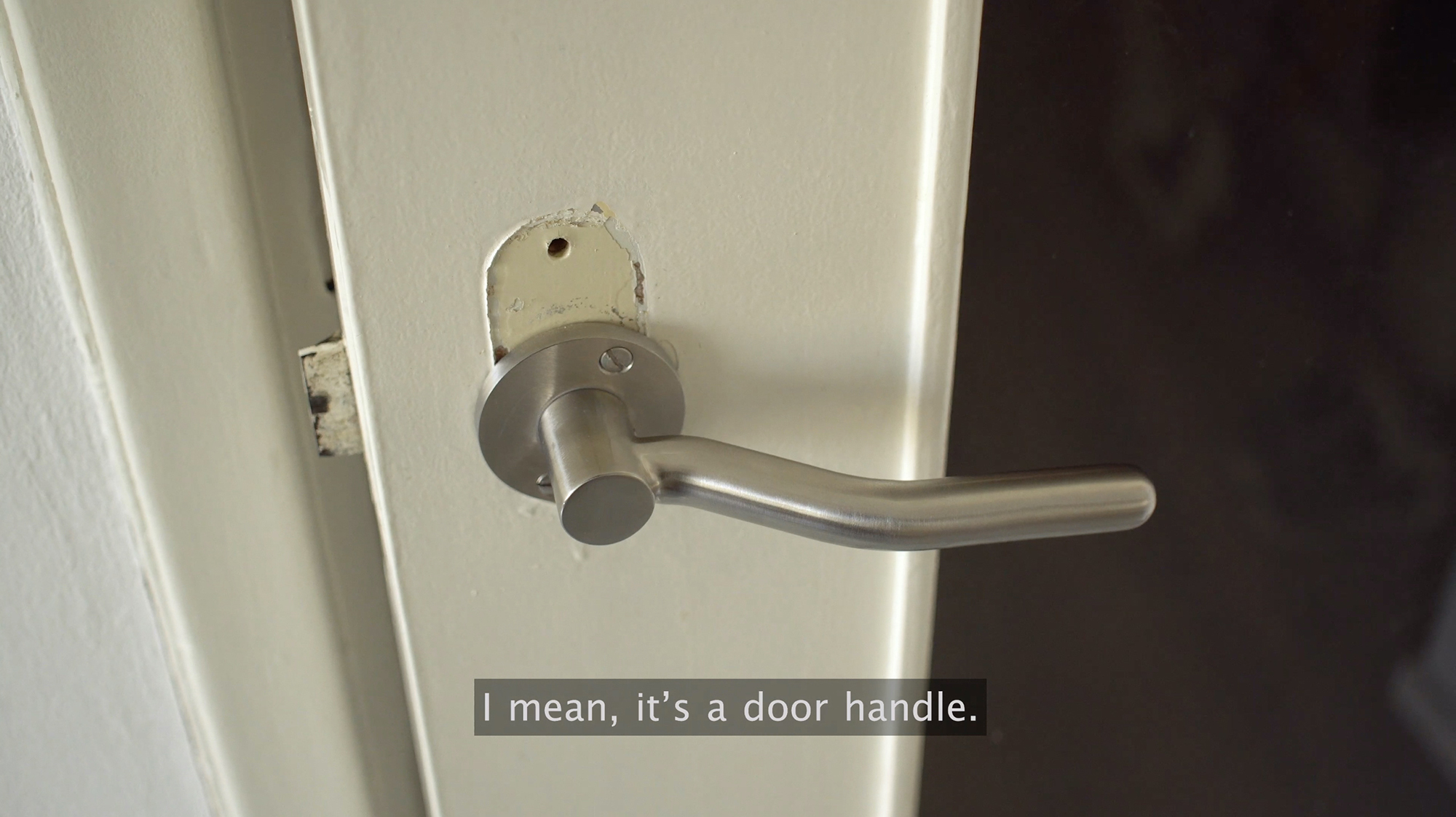 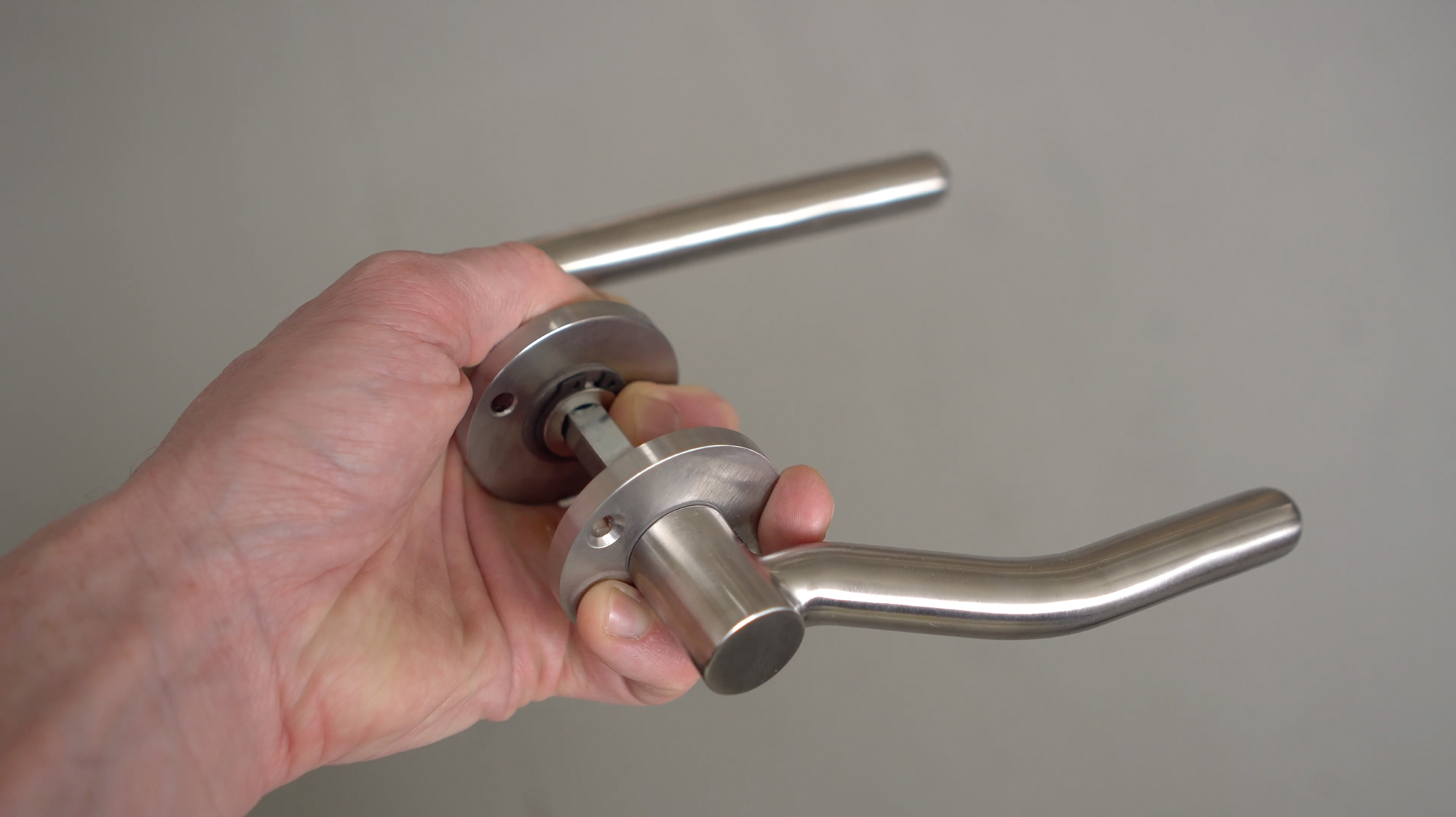 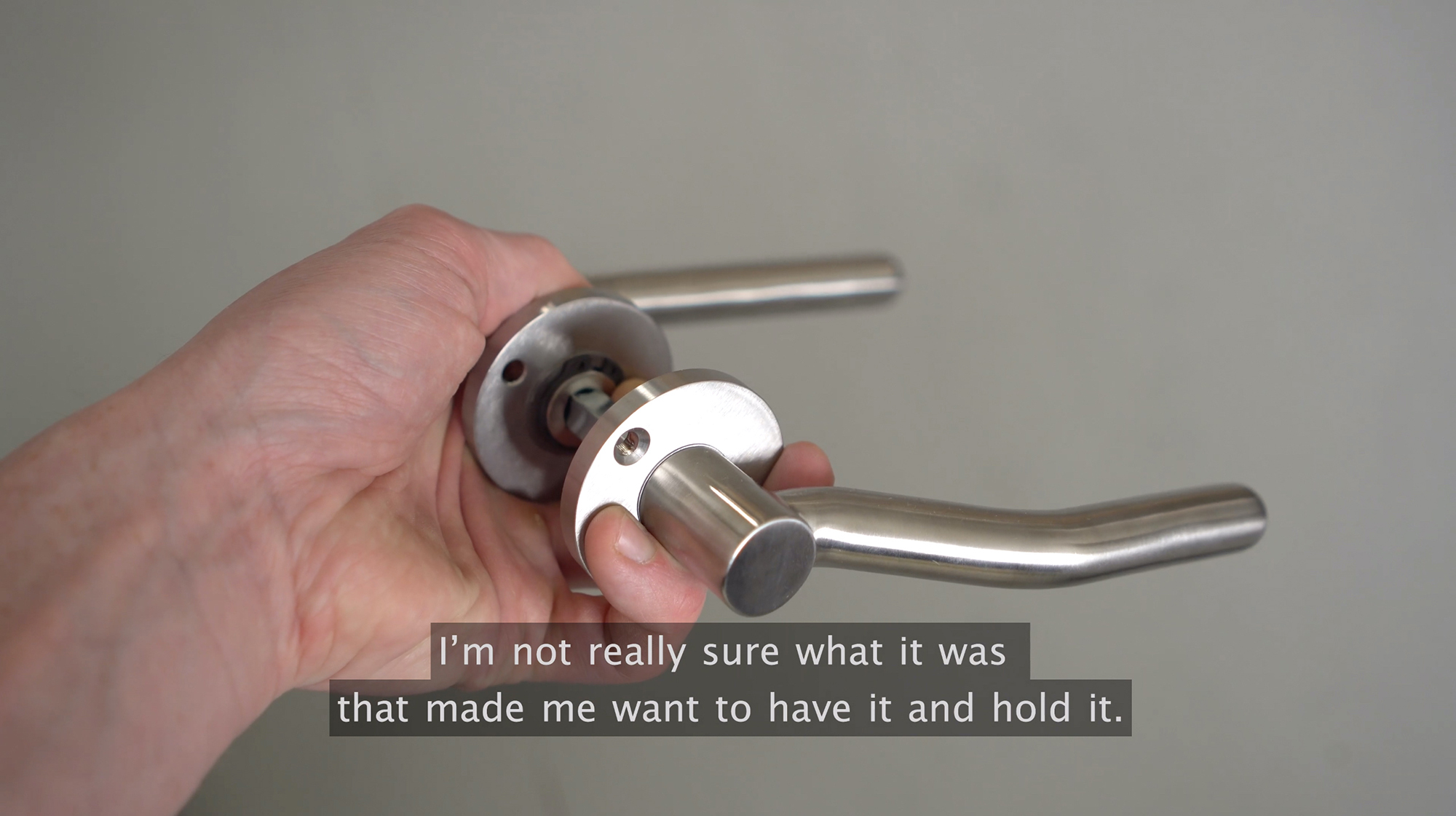 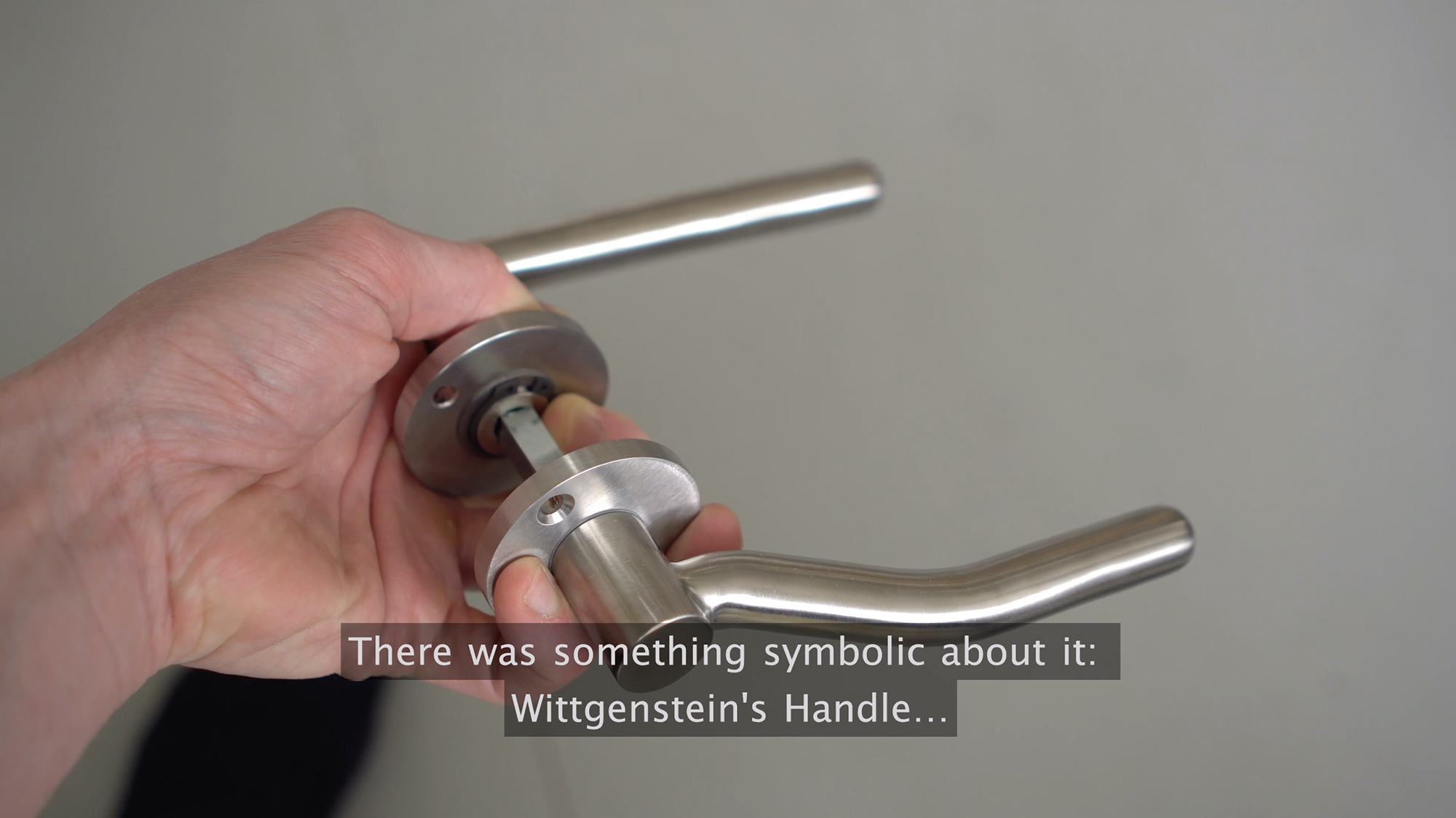 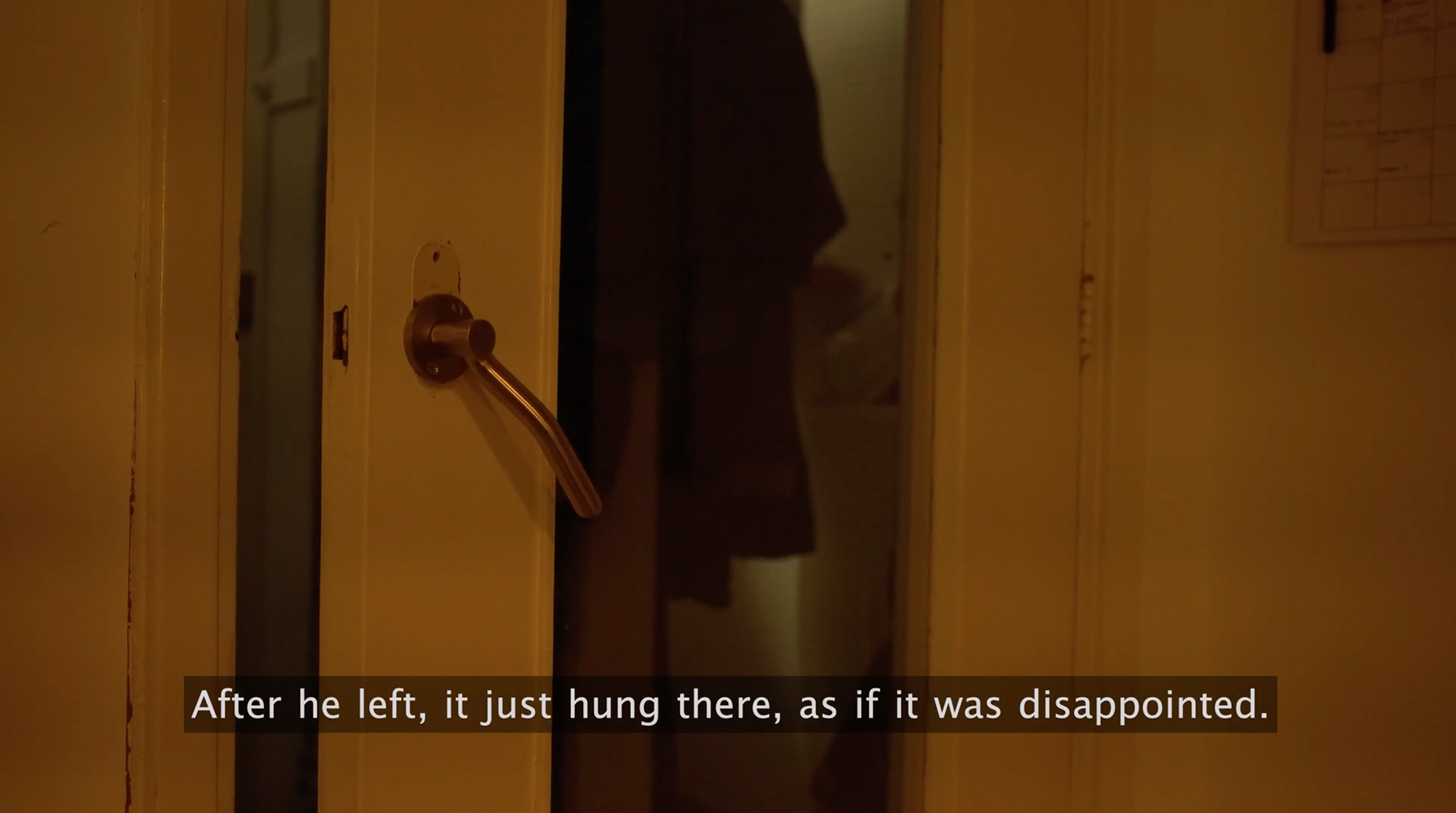 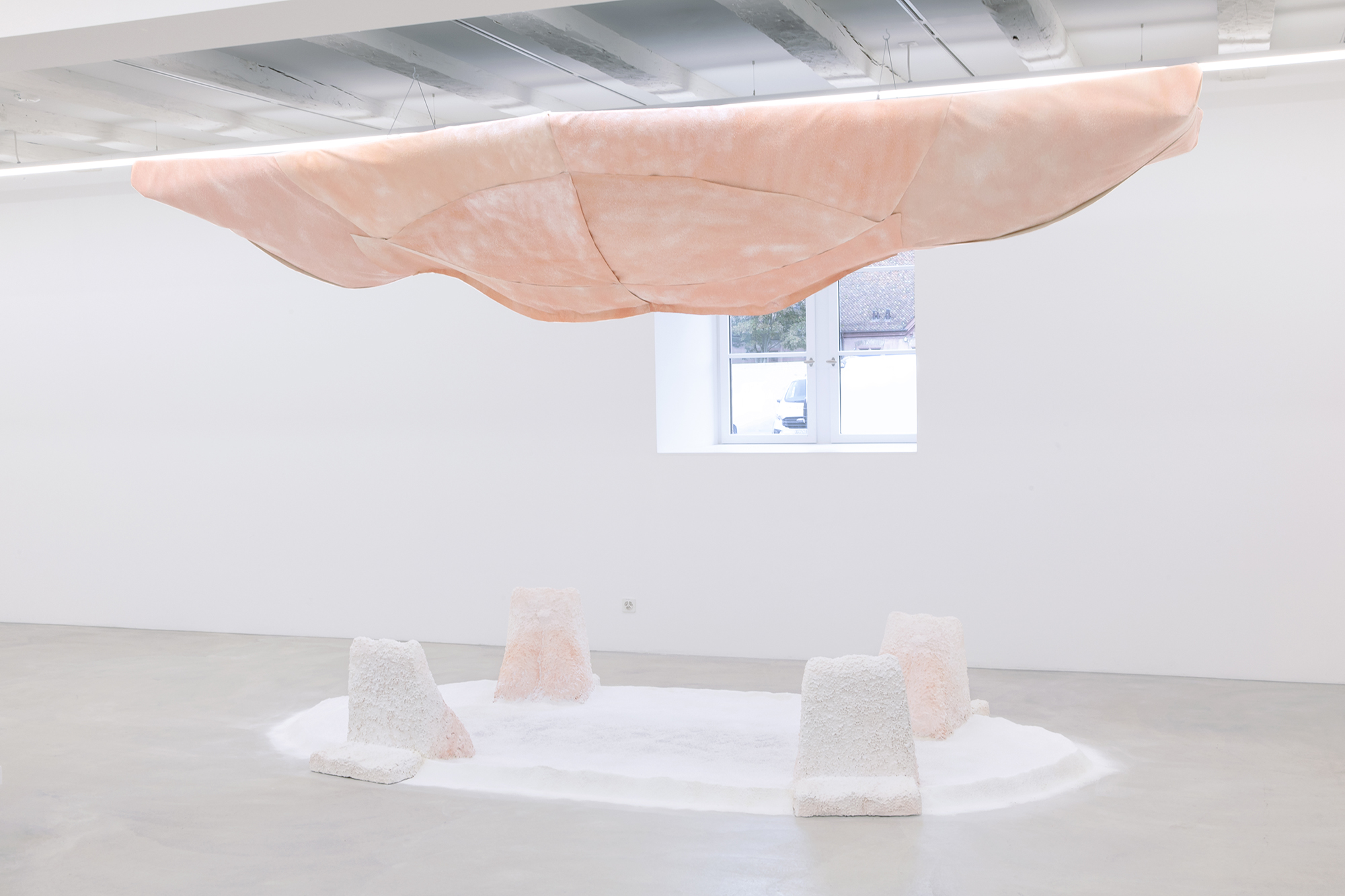 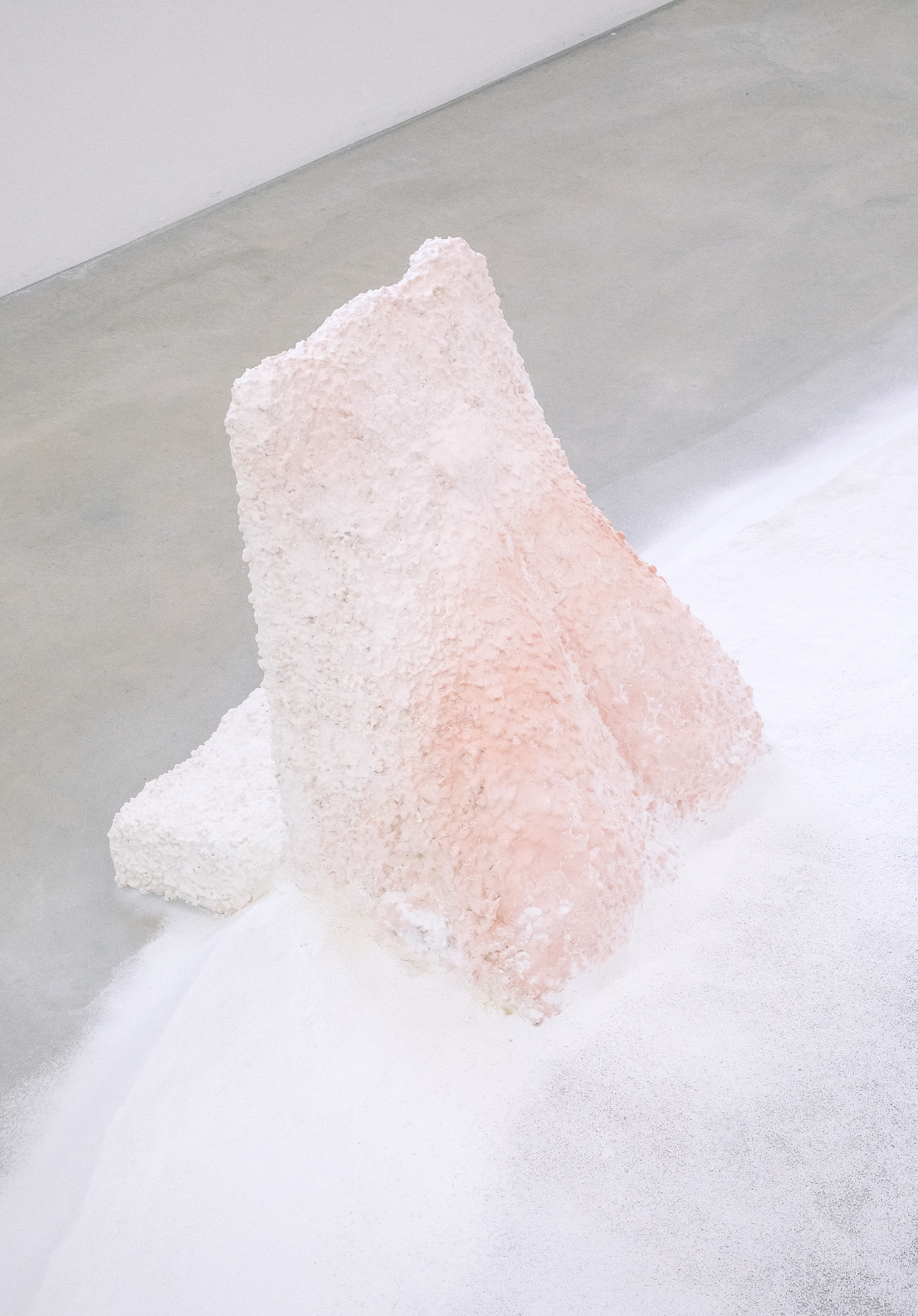 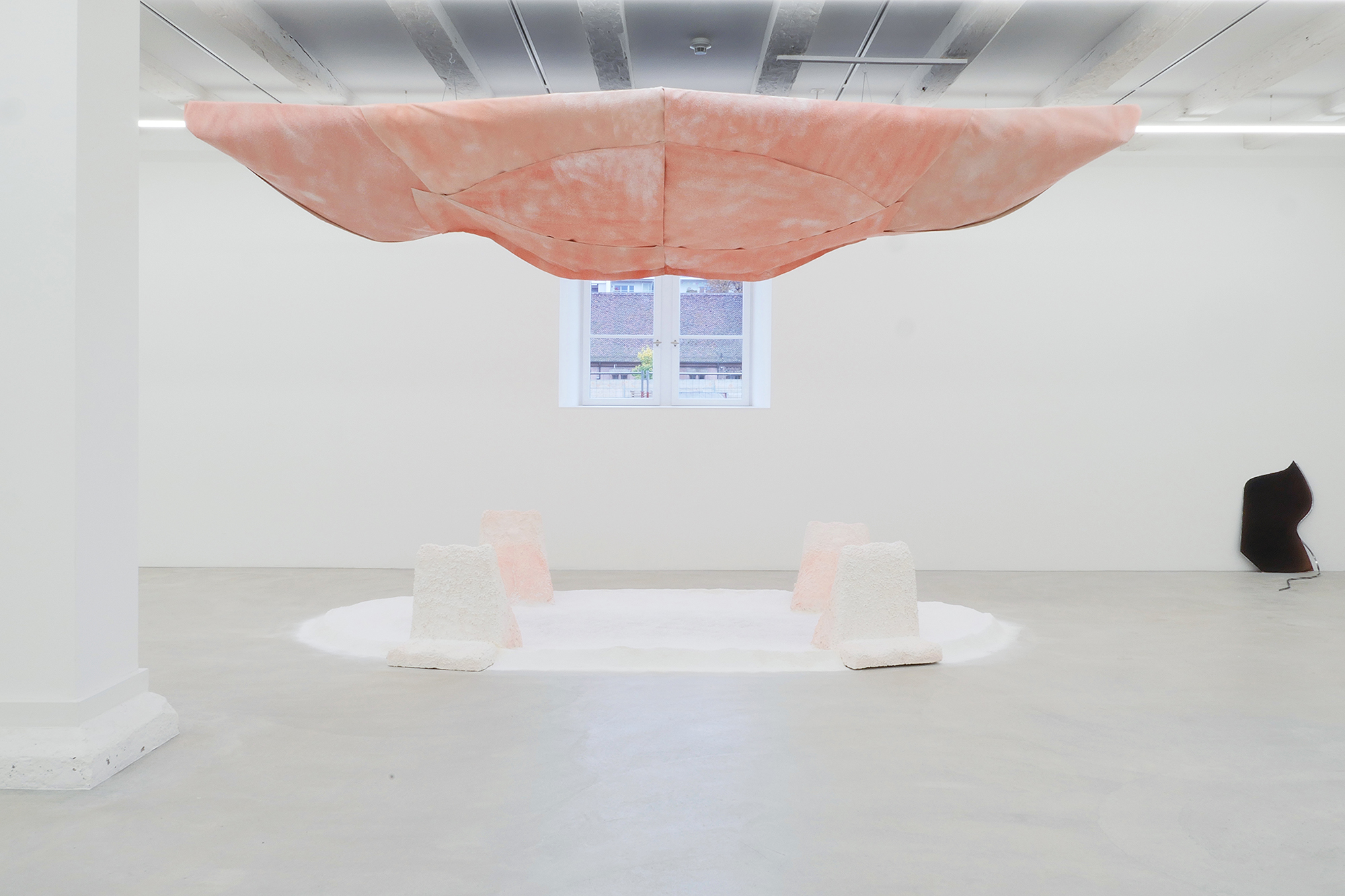 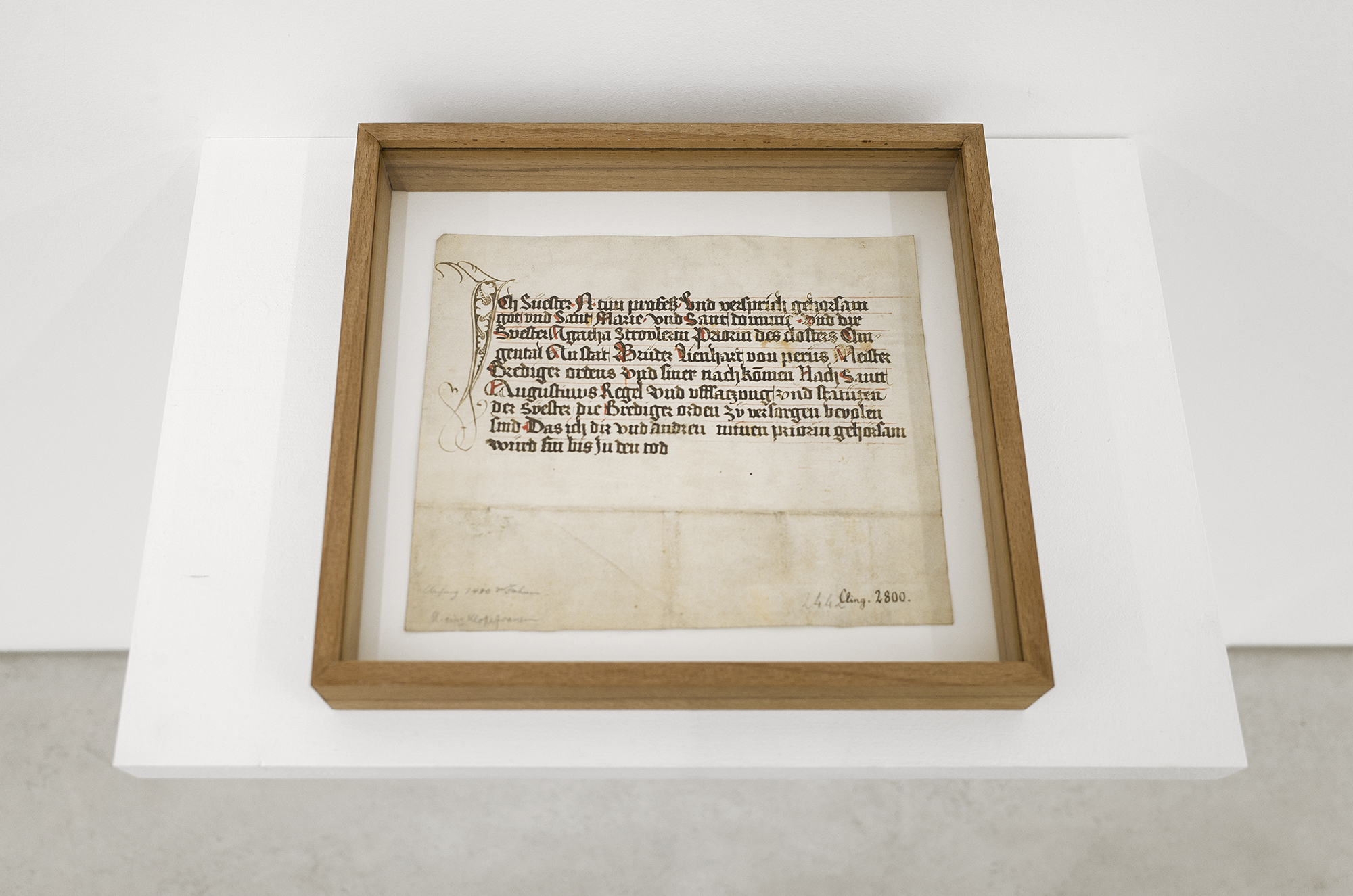 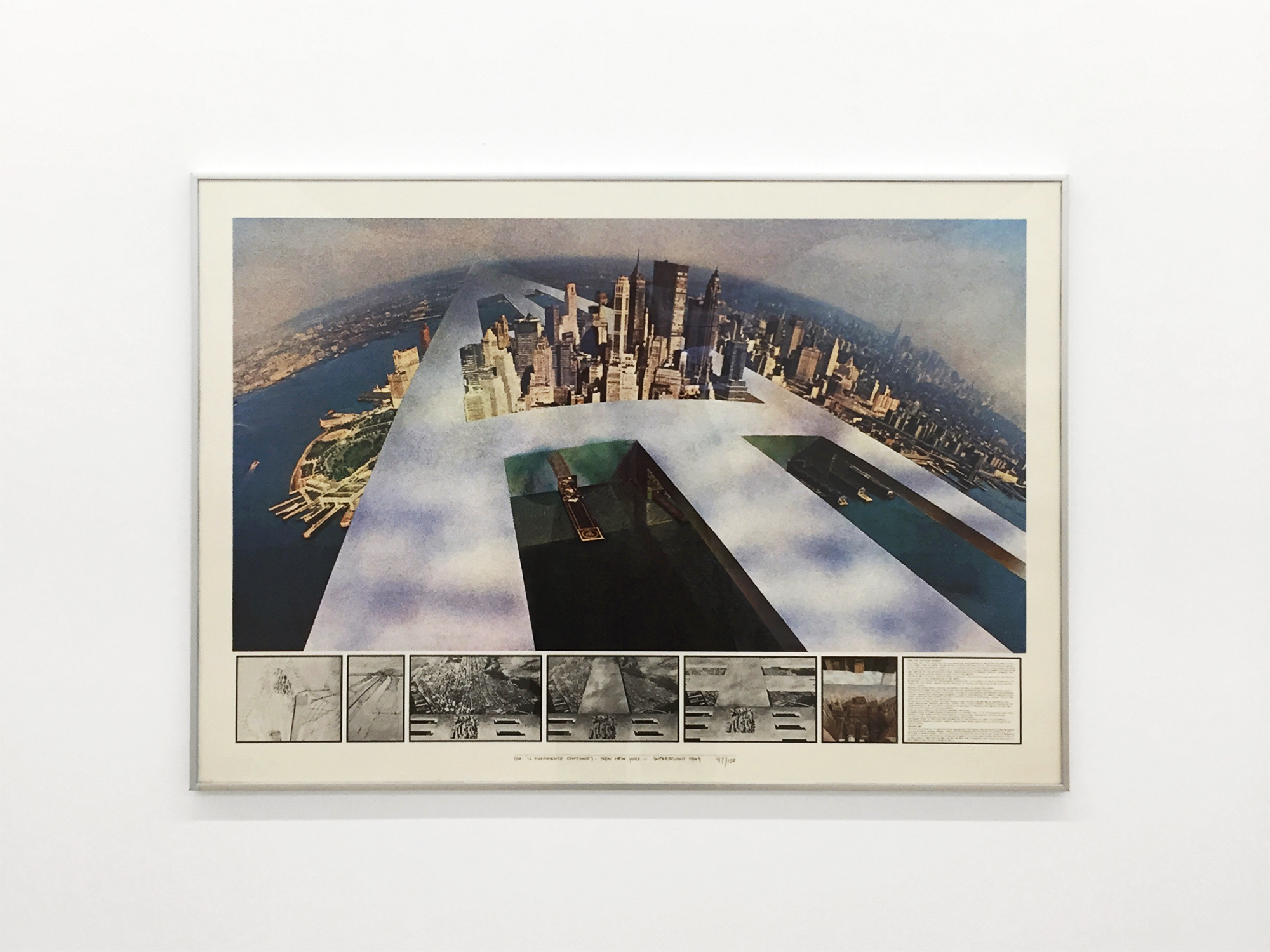 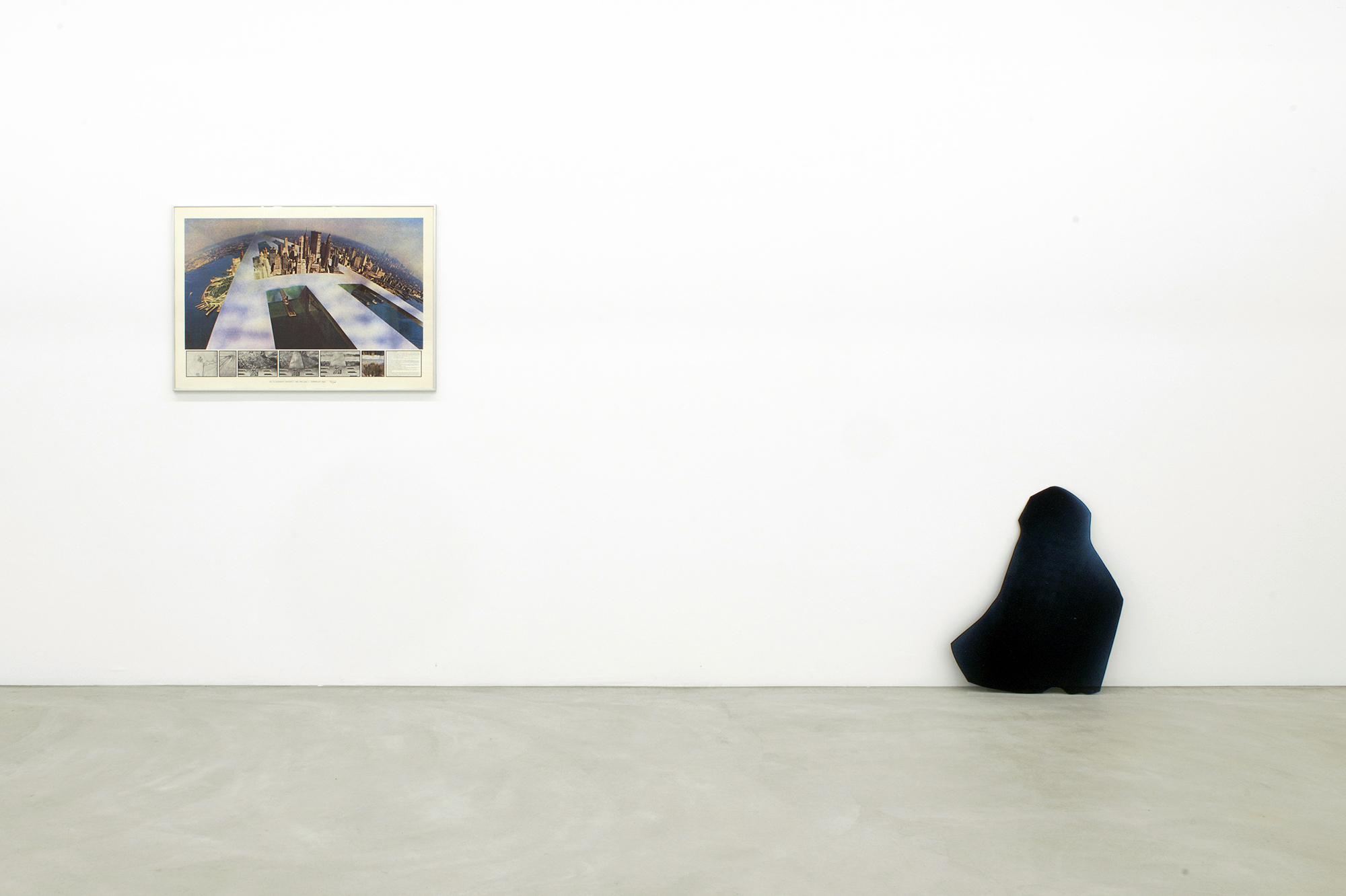 «Grandfather's Axe» also well-known as the «Ship of Theseus» is a paradox that has been discussed since antiquity. Does an object lose its identity when many or even all of its individual parts are replaced or renewed one after the other? Can we still speak of the same axe after the handle and head have been replaced one after the other? What about the identity of a place? What exactly constitutes a place? To what extent is the identity of a building, a room or a place influenced, shaped and formed by its past, present and future components?

The Klingental exhibition space is surrounded by historical layers, which are not only expressed as geological and archaeological finds and results of measuring, but are also anchored in an immaterial form - for example in collective memory, in individual associations, by medieval looking facades or in things that are not even spoken.

Following the current urban planning interventions in the Basel barracks area, the artistic positions in the exhibition Grandfather's Axe deal with how a cityscape is formed, how a city is perceived and question its history and the memories associated with them. In particular, the exhibition addresses the materiality of these questions and their geological characteristics, and at the same time treats them as speculative future scenarios. The different positions are concentrated on the space, in order to understand it, its history and its conditions or they take the Klingental exhibition space as a starting point to explore overarching and fundamental questions about architecture and places.

In her work Fragments, Anna Balint (CH, lives in Basel) examines the Gothic windows of Klingental church, which was destroyed by several structural transformation processes, and in the past few centuries their original form has been lost. In the recent excavations of the «Archäologische Bodenforschung Basel», a handful of colorful shards from former glass windows were discovered. Despite these few remains, it can be assumed that they were from original windows of the monastery church, that may have been works rich with figures and colors that were common at that time.

Balint traces this «gap» in the history of the Klingental church and exhibits sculptures of antique glass, which is professionally manufactured with so-called lead rods, the characteristic metal bracing used in church windows. At the same time, they’re glass sculptures but also with their own texture, and they question the corporeality of flat objects and the materiality of light and shadow.

Karsten Födinger (DE, lives in Berlin) deals with the contrasts of the complex history of the former military barracks area (Kaserne Basel). He is interested in the social dimension of the uses and conversions - the seclusion and introversion of the spiritual life in the Klingental Monastery, the isolation caused by the military use as barracks, the subsequent opening up to the population and cultural use, right up to the physical permeability for paths between Kleinbasel and the banks of the Rhine.

This is reflected in the traces of the conversions and extensions, the materials that came together and the resulting transitions. Here, the constant processes of transformation become apparent, reflecting the spirit of the exhibition as a search for the identity of a place.

Födinger contrasts these traces and processes with a personal history and search. He juxtaposes the pillars of the exhibition space, which support the studio building above, with a site-specific sculpture: The Domestic Wildcard - Klingentalerin.

The concept of the Domestic Wildcards goes back to a previously unfeasible work, the implementation of which he has been pursuing since 2010 - segments from existing columns of an exhibition space are to be removed and replaced by a sculpture that supports the architecture above.

The Klingentalerin is a 250 cm high concrete column sculpture made of red concrete, dyed with a pigment made of iron oxide, which the architectural firm Focketyn Del Rio is currently using in the conversion of the Kaserne Basel. The modern material of the concrete thus imitates the texture and color of the red sandstone that was used in the Middle Ages to build the Klingental Monastery and later also in the construction of the barracks.

The theme of transition is reflected in the sculpture itself. In its form - in its center the shape changes from an octagonal to a square cross-section - as well as in its own history of conversion. The negative form was once shown as a counterpart to the columns in the Museum of Contemporary Art at the ZKM, Karlsruhe, all wooden forms filled with gypsum plaster. Here it materializes in concrete, in «Basel Red».

Michiel Huijben (NL, lives in Rotterdam) uses text, performance and video to explore architecture and architectural objects. By examining human relationships to architecture, he attempts to grasp the relationship of the individual to the world.

The video work How Small a Thought has its starting point in a door handle, which was designed by the philosopher Ludwig Wittgenstein for the Wittgenstein House in 1927. With the help of this handle, he questions in his work the relationships between thinking and acting, language and image. With its asymmetrical form, it serves him as a starting point and stimulus for his reflections.

Christian Kosmas Mayer (DE, lives in Vienna) was inspired by the archaeological excavations that have been carried out in recent years on the area of Kaserne Basel. The discovery of the remains of a medieval lime kiln prompted him to examine the ancient knowledge about the use of lime as a building material.
In cooperation with the Swiss kalkwerk association, whose members burned several tons of limestone in the historic Engadine lime kiln «Chalchera Stella» in the summer, he will soak the resulting burnt lime with water on the opening evening of the exhibition. This alchemical transformation transforms calcium oxide into calcium hydroxide, which in its dried state, is formed on the surface of plush teddies, which the artist will soak in this slaked lime at the end of the performance, it is then chemically transformed back into limestone.
Mayer relates this processual sculpture to Joseph Beuys' Grassello Action (Italian for burnt lime) from 1979, in which Beuys was also concerned with the transformative potential of lime. Beuys documented the journey of a shipment of burnt lime from Italy to Germany photographically and presented this in a small publication. Mayer shows a kind of facsimile of this brochure. The poster, too, represents an alienation of the printed matter designed by Beuys, in that the original text subject is backed with a photo of the Klingental lime kiln, thus suggesting an interwoven temporal and spatial structure.
For Grandfather's Axe, Valle Medina and Benjamin Reynolds (ES/AUS, live in Basel and London) have dealt with the geographical position of the Klingental valley on the Rhine, and with the significance of water as a transport route for alien species, some of which can take on invasive forms. In the so-called ballast, the brackish water inside the bodies of ships, which serves to stabilize their floating bodies in the water, invasive life forms have always found a way to travel through regions, countries and continents. The two artists took this as the starting point for their work.
Four washboards surround a lavoir (washhouse), whose roof—a large ballast tank of a ship—is formed from wing-shaped pieces that were washed in the Rhine. The lavoir was the ceremonial space in medieval villages where two to four times a year, women would tirelessly wash laundry and share opinions. A proto-political space. The pieces are covered by the soap remains of unfinished laundry, resembling the secretions of the Spiralling Whitefly, an invasive species introduced to Basel via the ballast tanks of passing ships.
The architecture group Superstudio (1966-1978, Florence) took a look at possible future scenarios in 1969 with one of their most famous work groups Il monumento continuo: un modello architettonico di urbanizzatione totale (Continuous Monument: an architectural model for total urbanization). Their anti-architectural proposals used grid systems as a method for mediating space. Monumento Continuo represents a critique of the rectangular, «planned», traffic and mass urban planning of the post-war period, and examines the alienated relationship between man and his natural habitat.
The exhibition includes the original lithograph New New York from the estate of Superstudio member Gian Piero Frassinelli. On it, a superstructure extends horizontally across the island of Manhattan. A gap is left out in its center, through which the high-rise buildings characteristic of Manhattan stand out vertically like sculptures. «A cluster of ancient skyscrapers, preserved in memory of a time when cities were built without a uniform plan».
A document from the 15th century from the monastery archive of the State Archives of Basel-Stadt is on display. Many documents of the former Klingental Monastery are now kept in the State Archives of Basel-Stadt: books of accounts, deeds, wills and letters, give us an insight into the lives of the Klingental nuns between the 13th and 16th centuries.
The profession sheet shown here is the oath of allegiance of a prospective nun, in which she promised to live in the religious community «until death» and to follow the monastic rule. This meant to be obedient to God, St. Mary, St. Dominic, the prioress of the monastery (at that time Agatha Stroulerin) and the general master of the Order of Preachers (at that time Leonardo Mansueti from Perugia). The vow of obedience implicitly included the commitment to voluntary poverty and celibate chastity.
In the exhibition, the letter appears like a kind of time traveller.
«Ich suester .N. tun profess und versprich gehorsam got und sant Marie und sant Dominic und dir suester Agatha Stroulerin priorin des closters Clingental, anstat Bruder Lienhart von Perus, Meister Brediger ordens und siner nachkommen, nach sant Augustinus Regel und uffsatzung und statuten der suester, die Brediger orden zu versorgen bevolen sind, Das ich dir und andren minen priorin gehorsam wurd sin bis in den tod»
Tags Anna Maria Balint, Basel, Benjamin Reynolds, Bianca Pedrina, Christian Kosmas Mayer, Karsten Födinger, Lazy exhibitions, Michial Huijben, Superstudio, Valle Medina
Newer Post Older Post Home