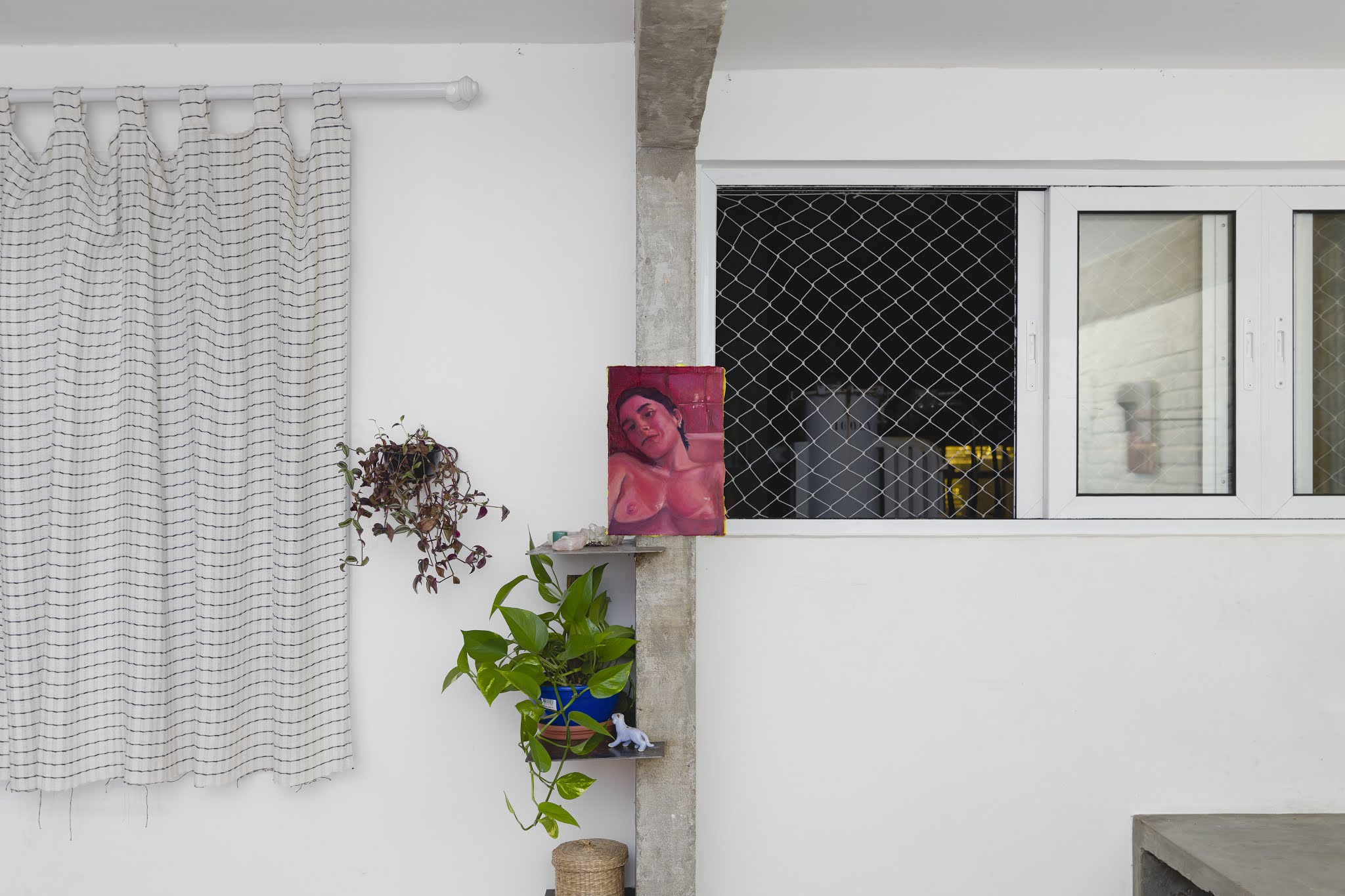 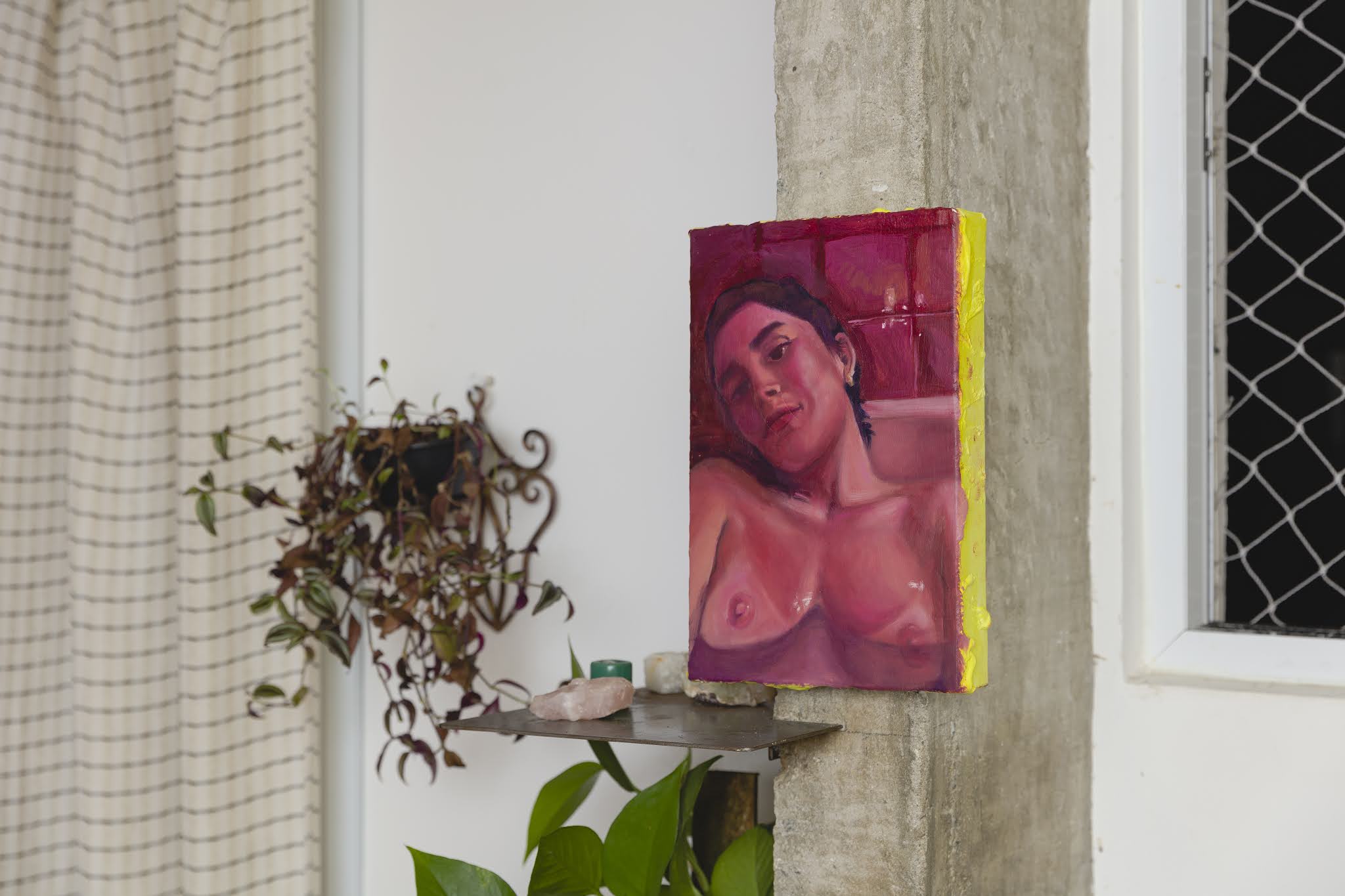 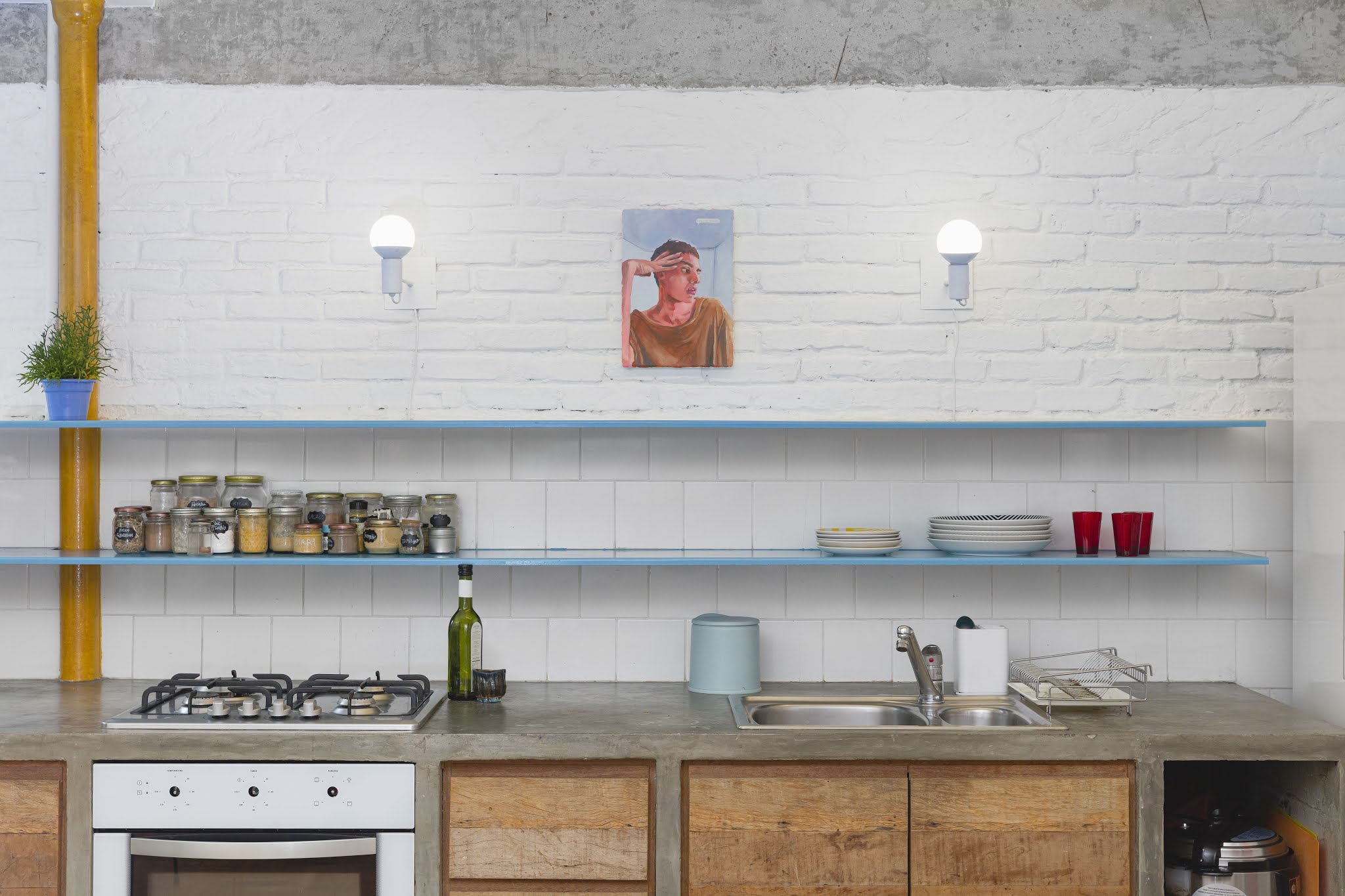 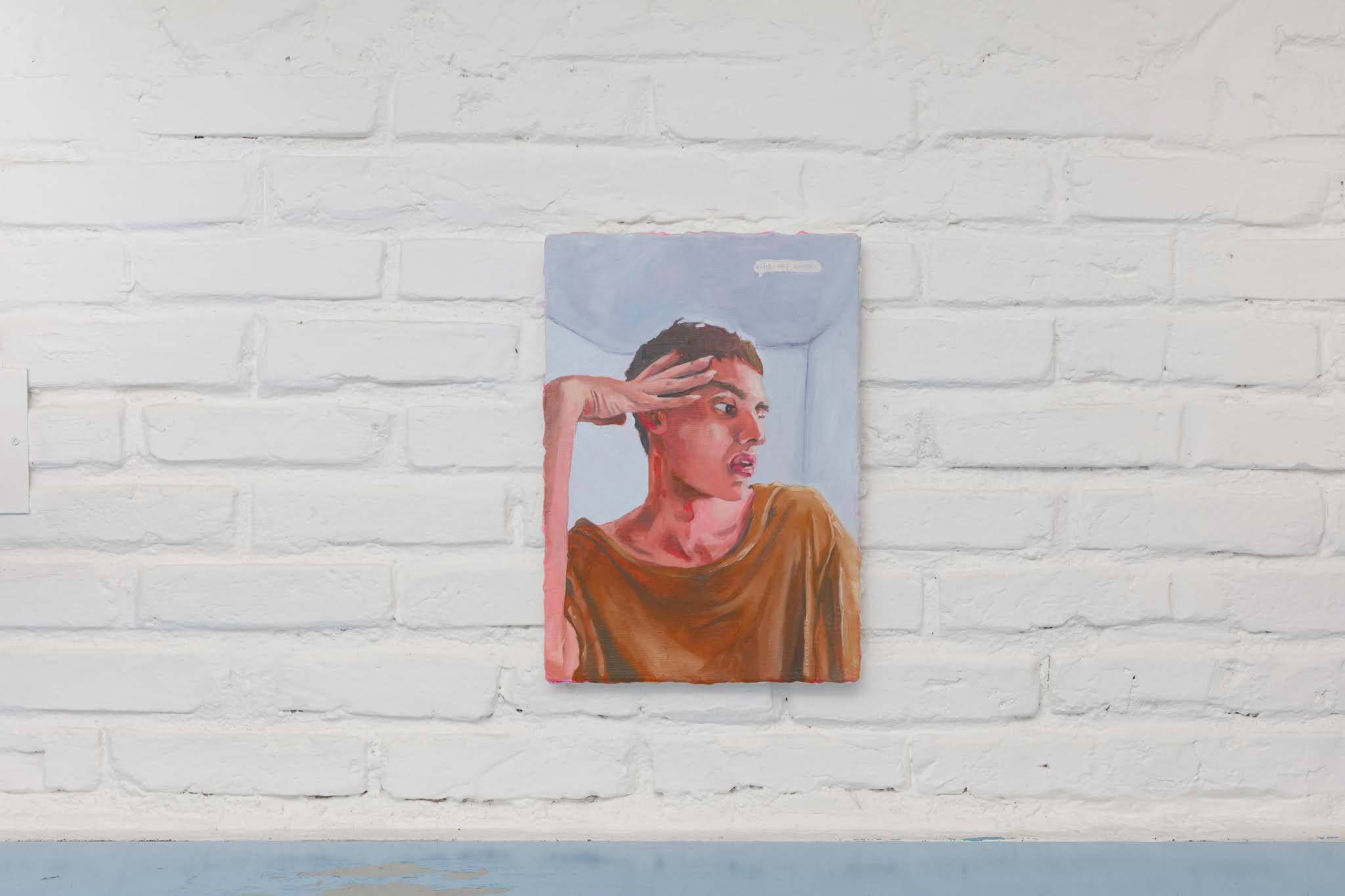 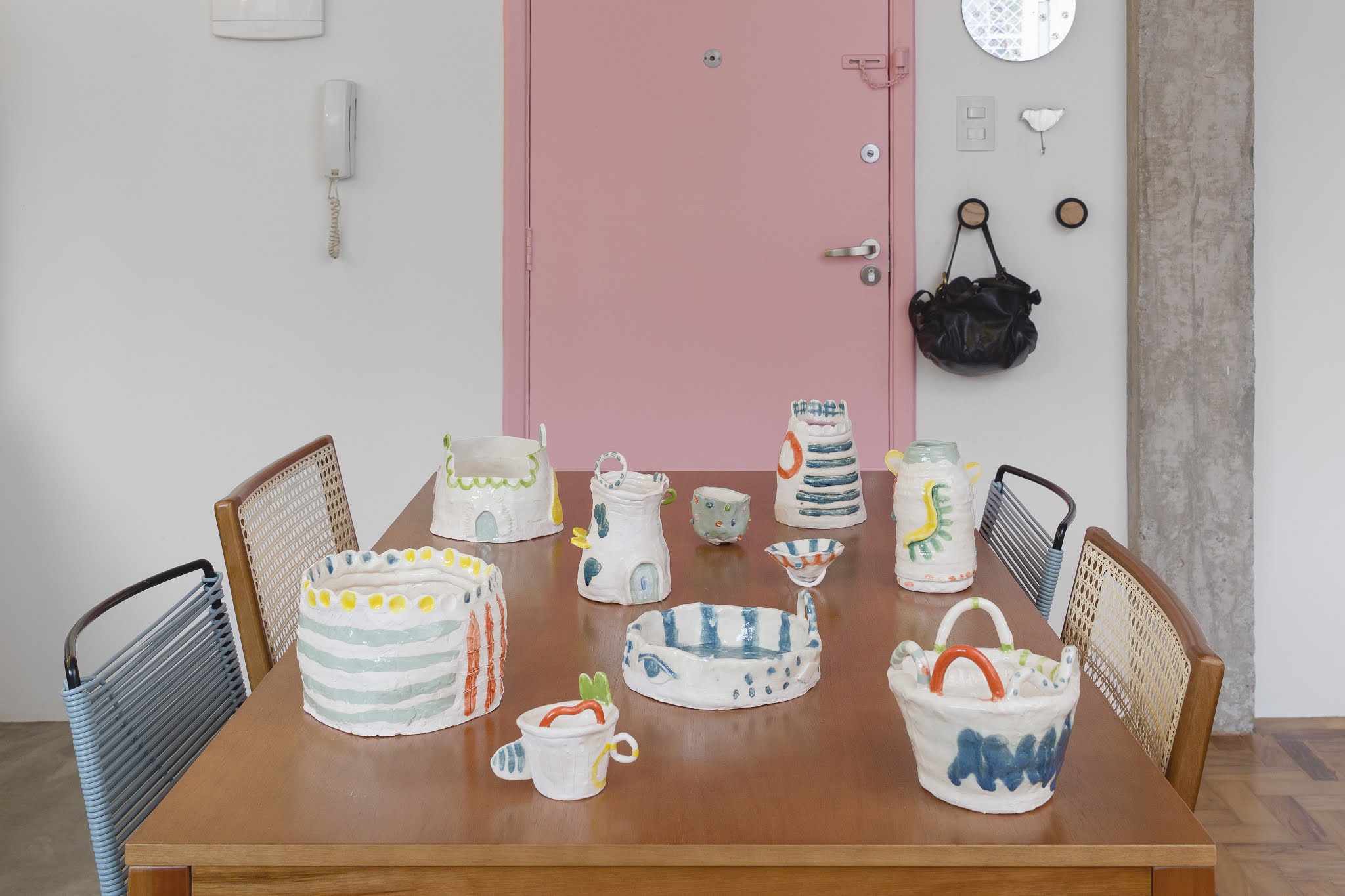 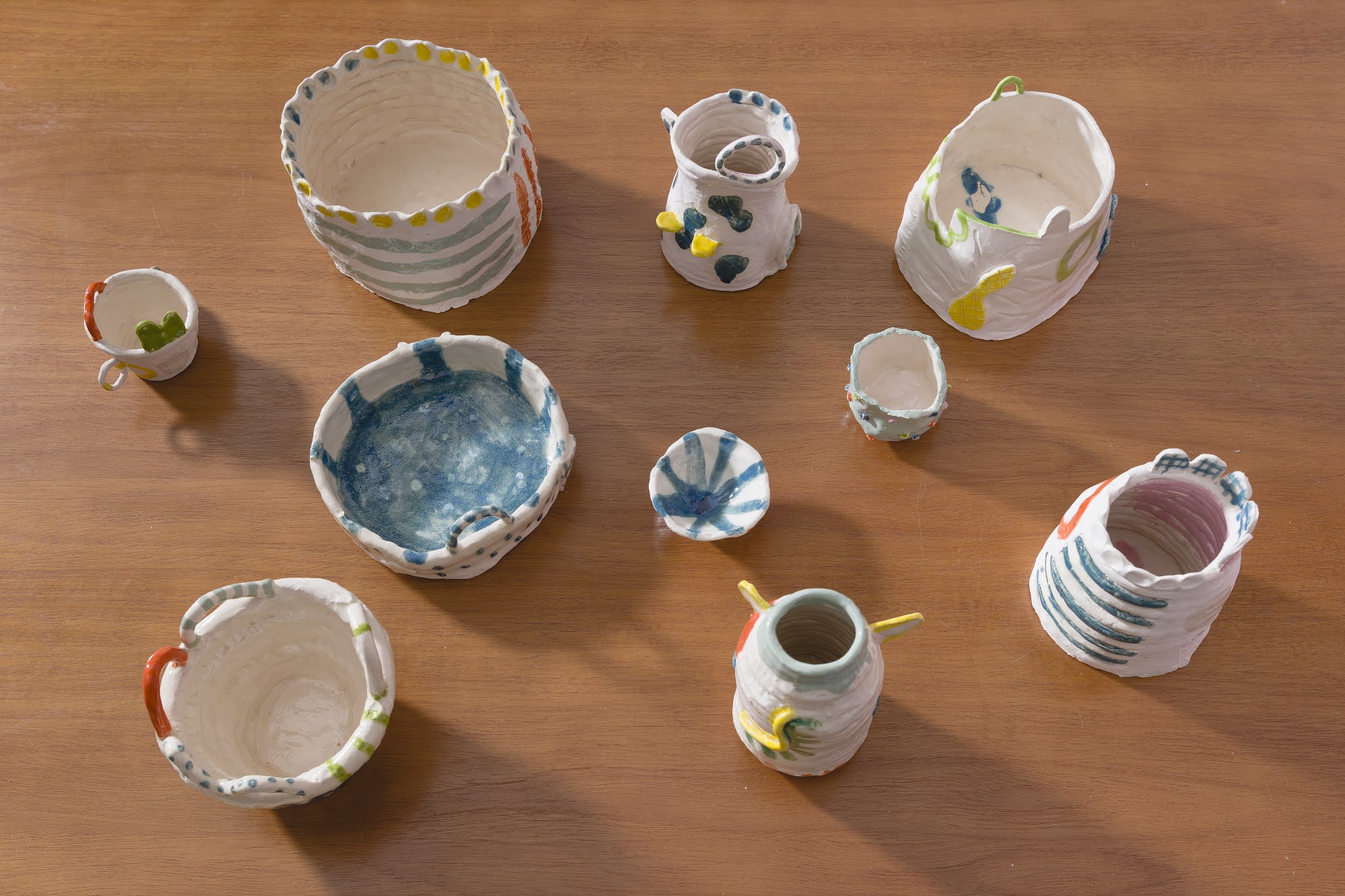 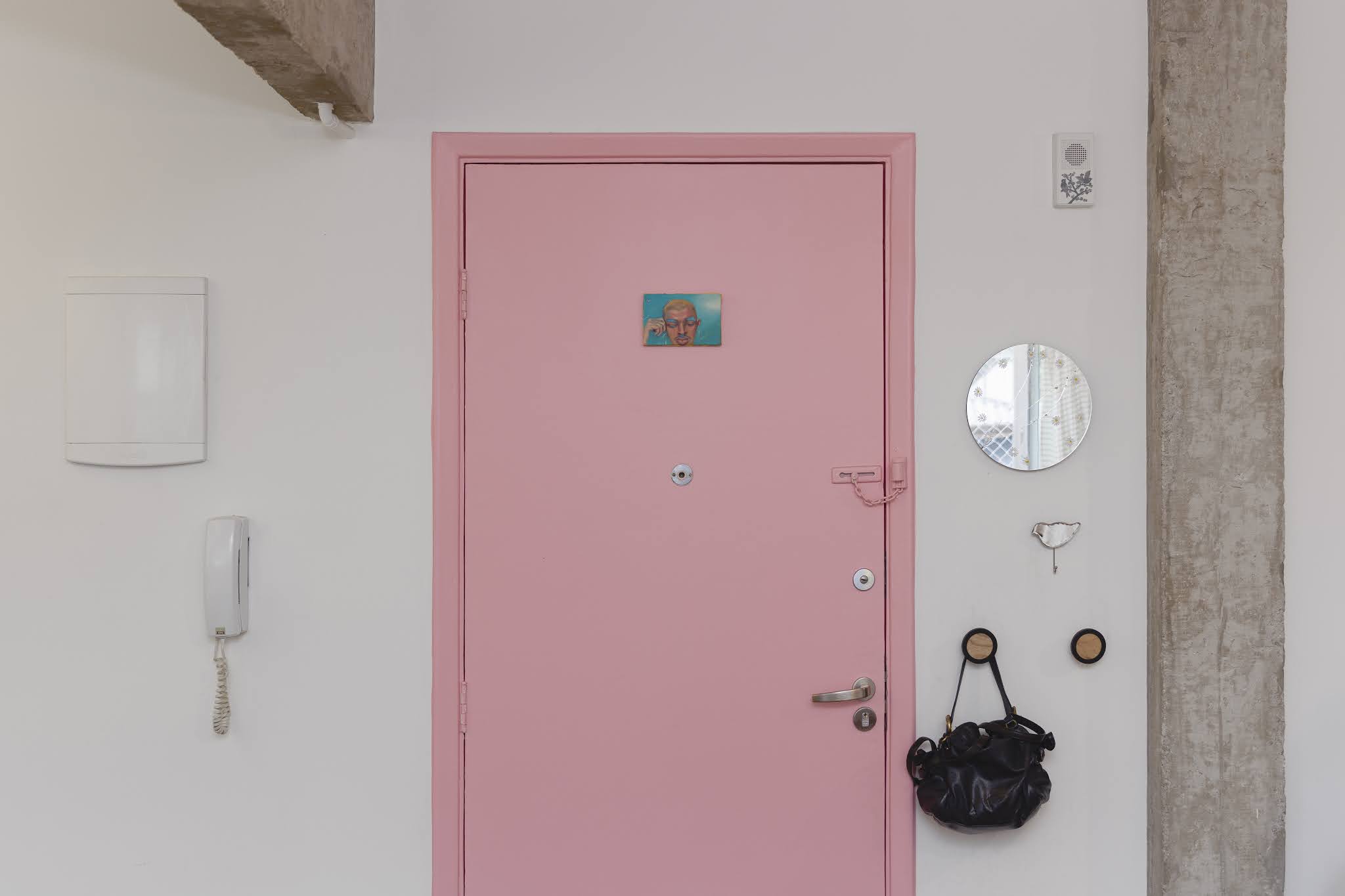 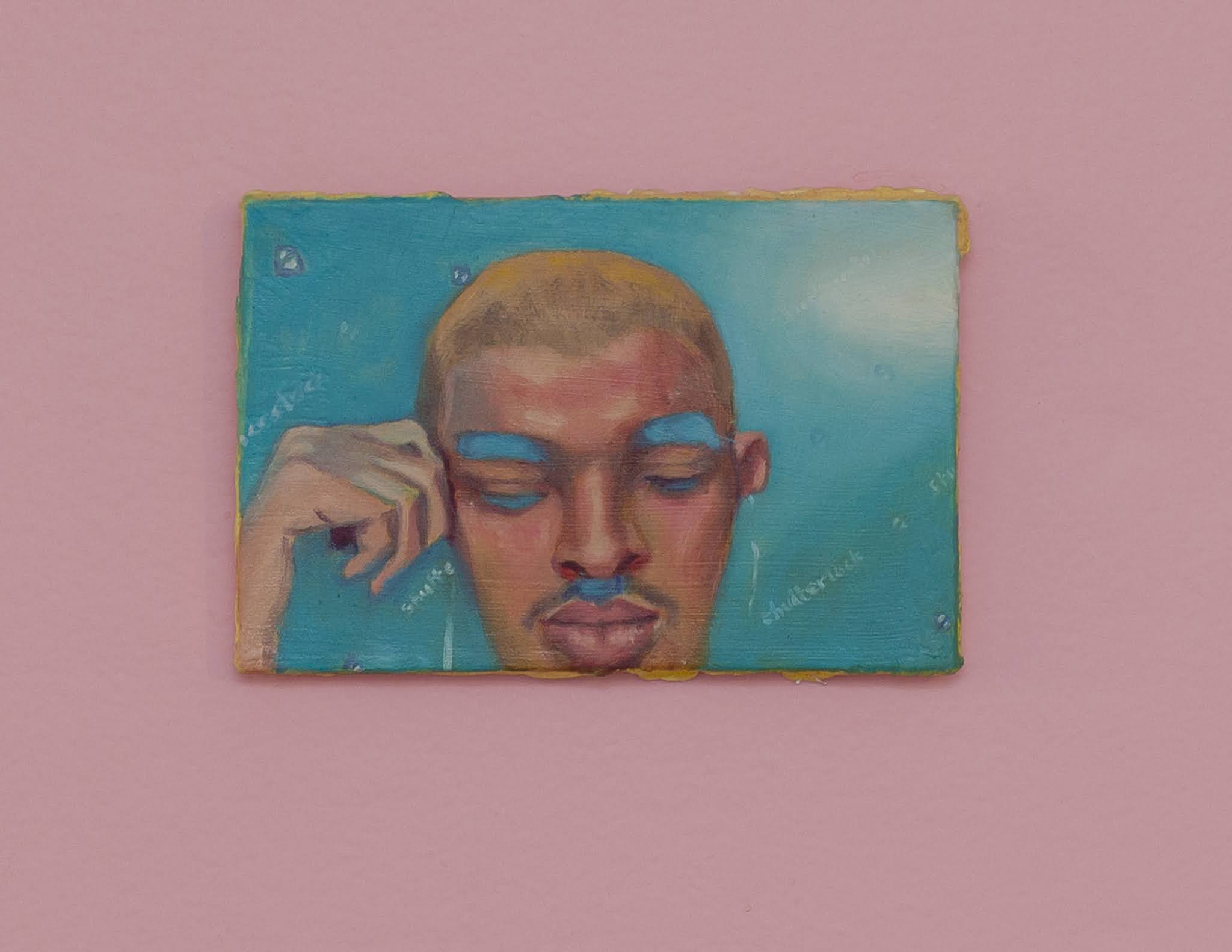 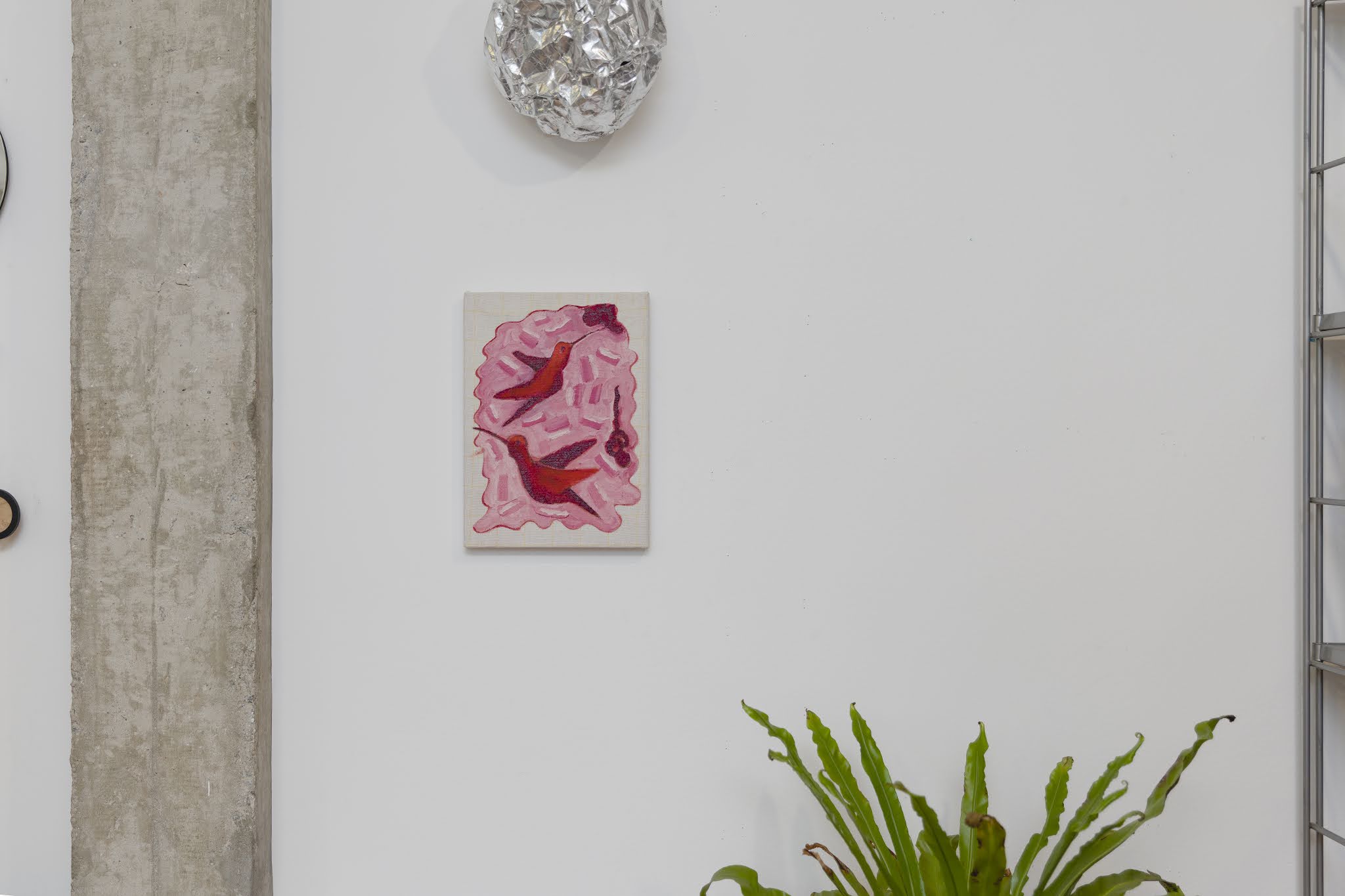 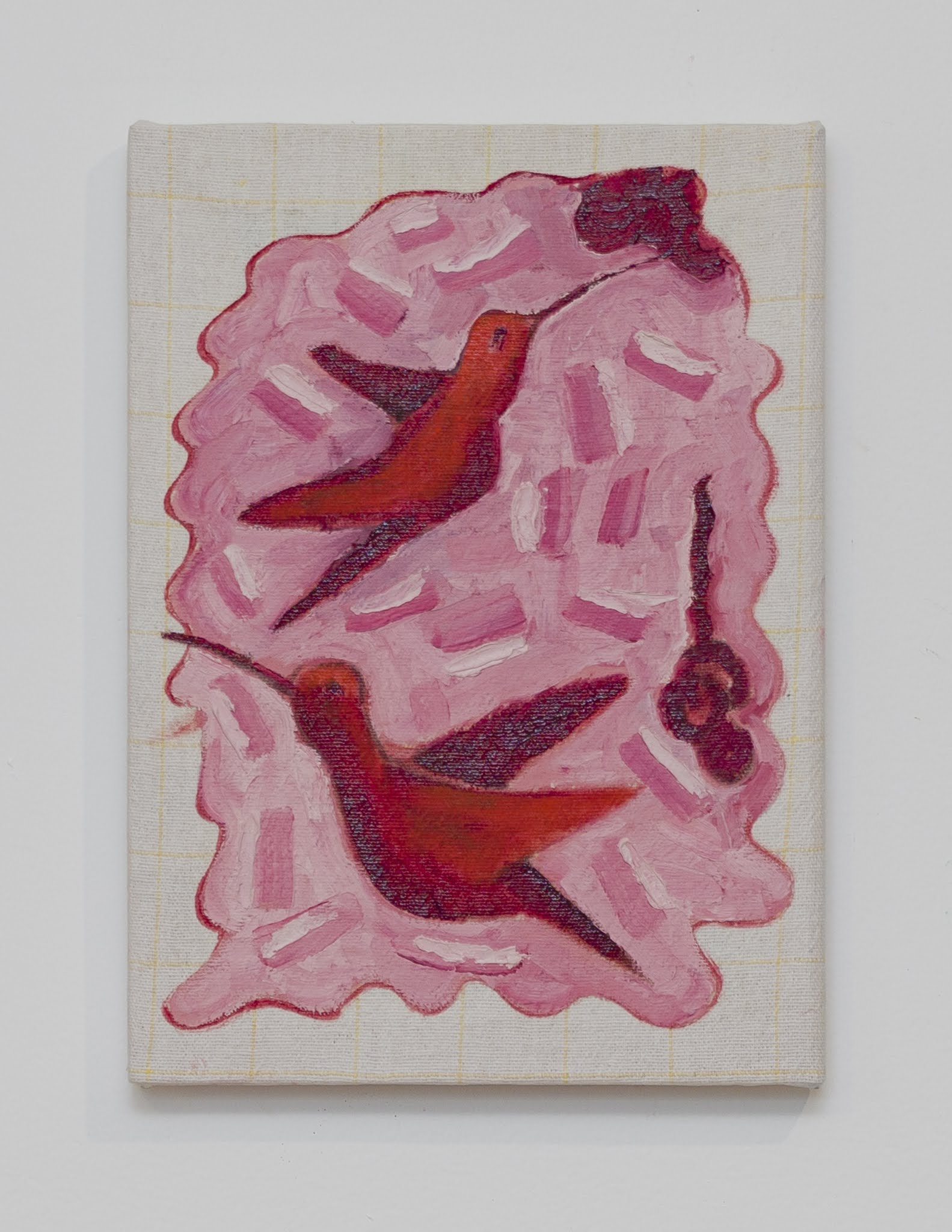 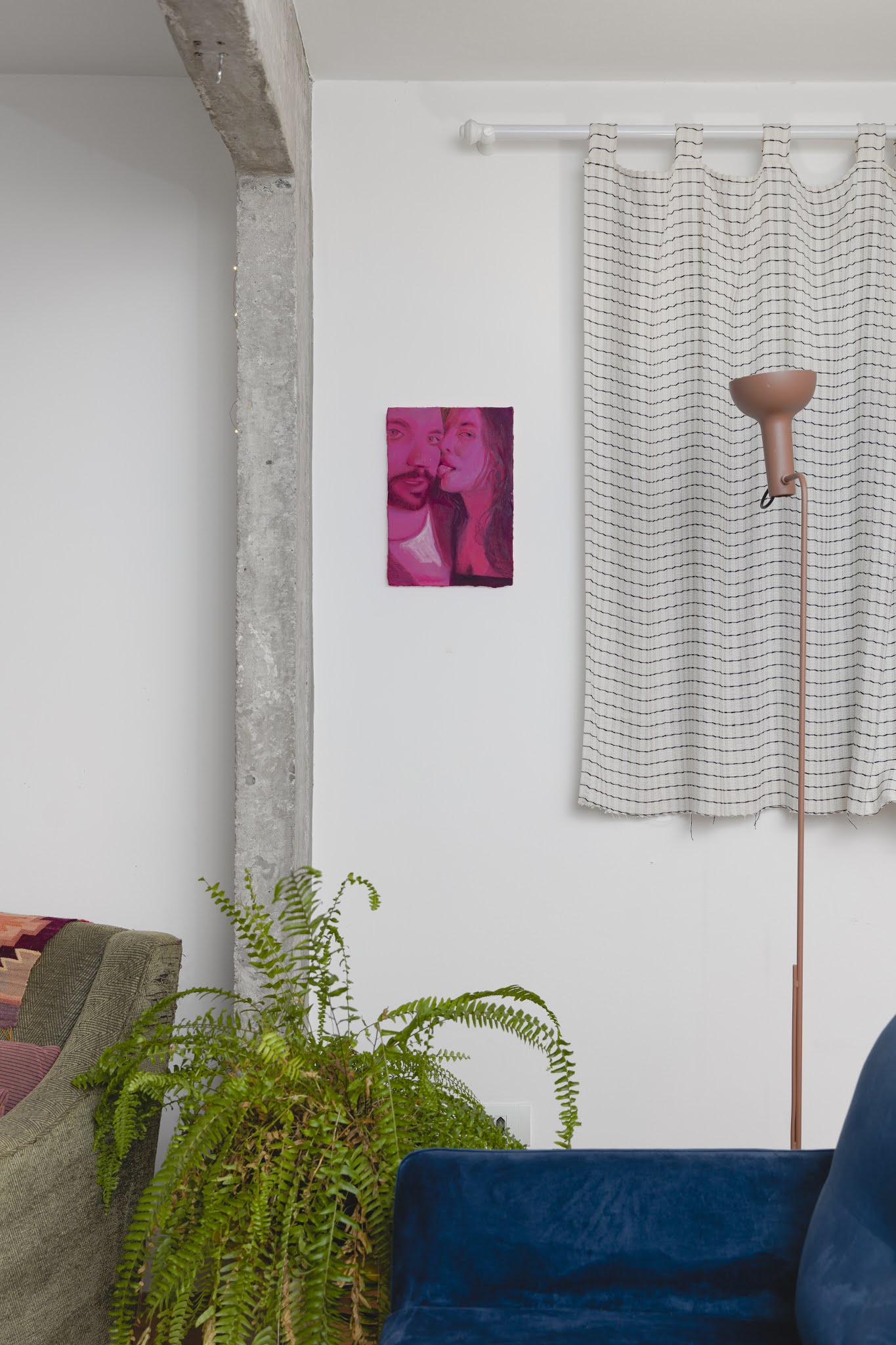 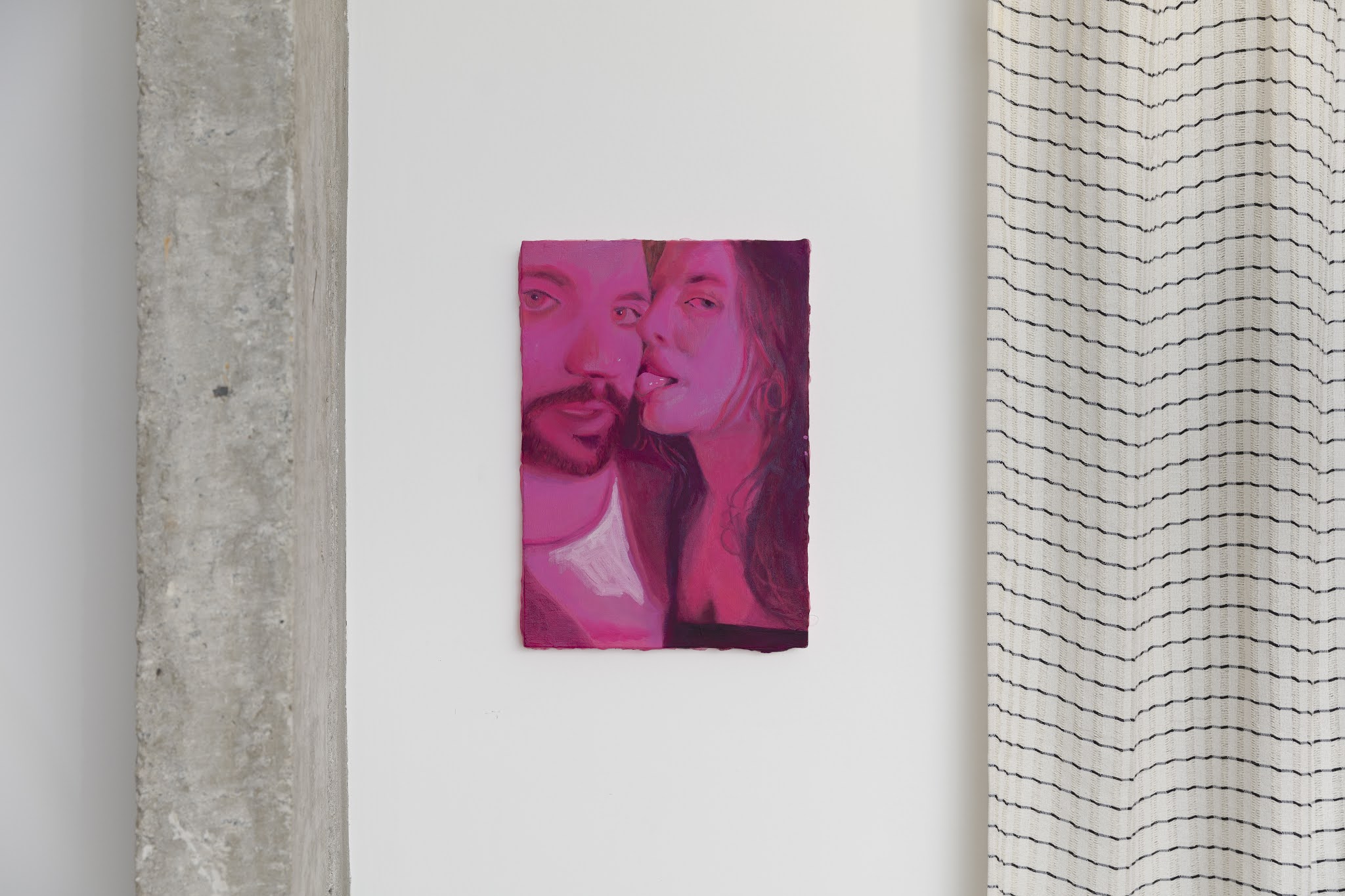 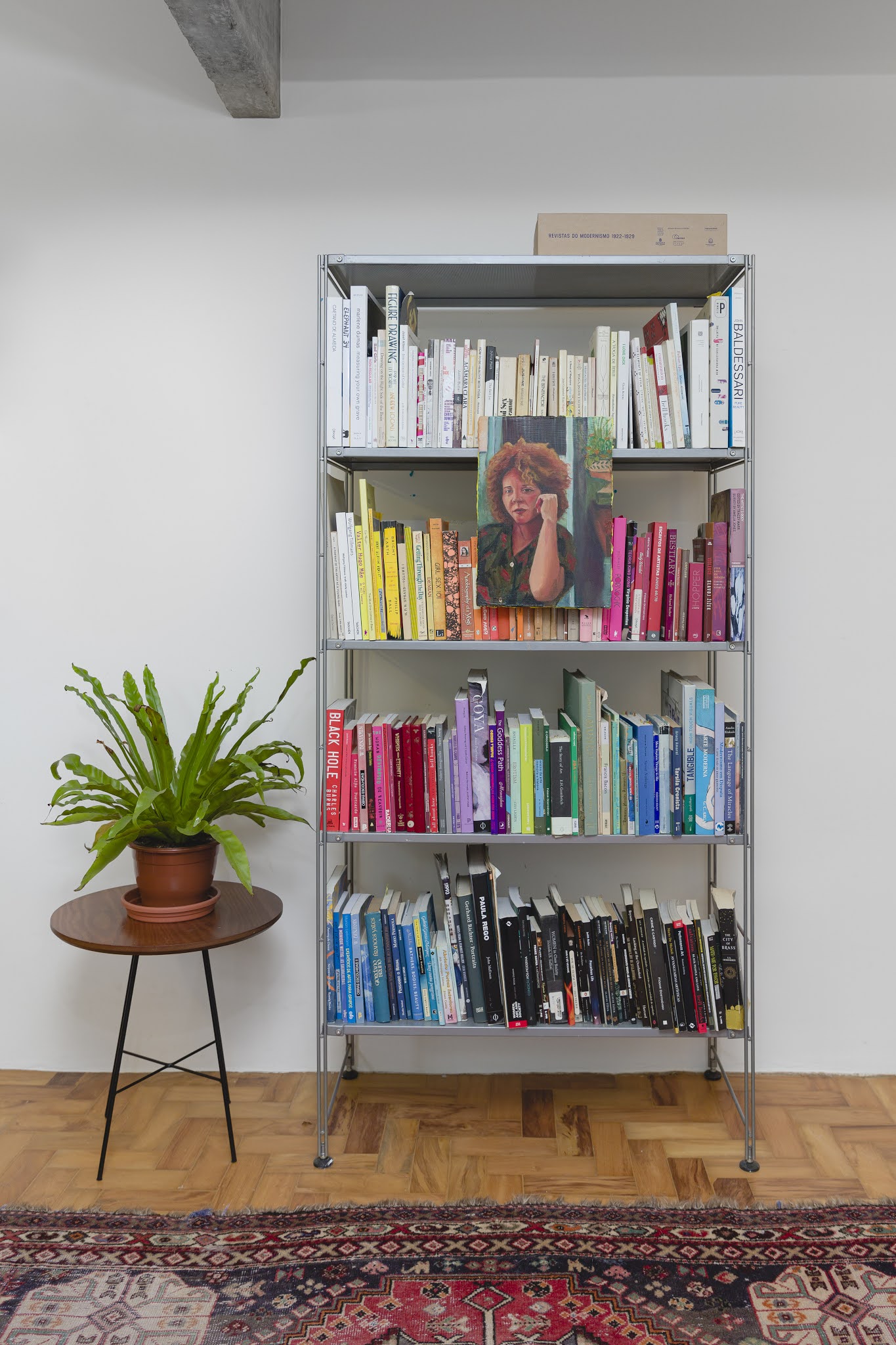 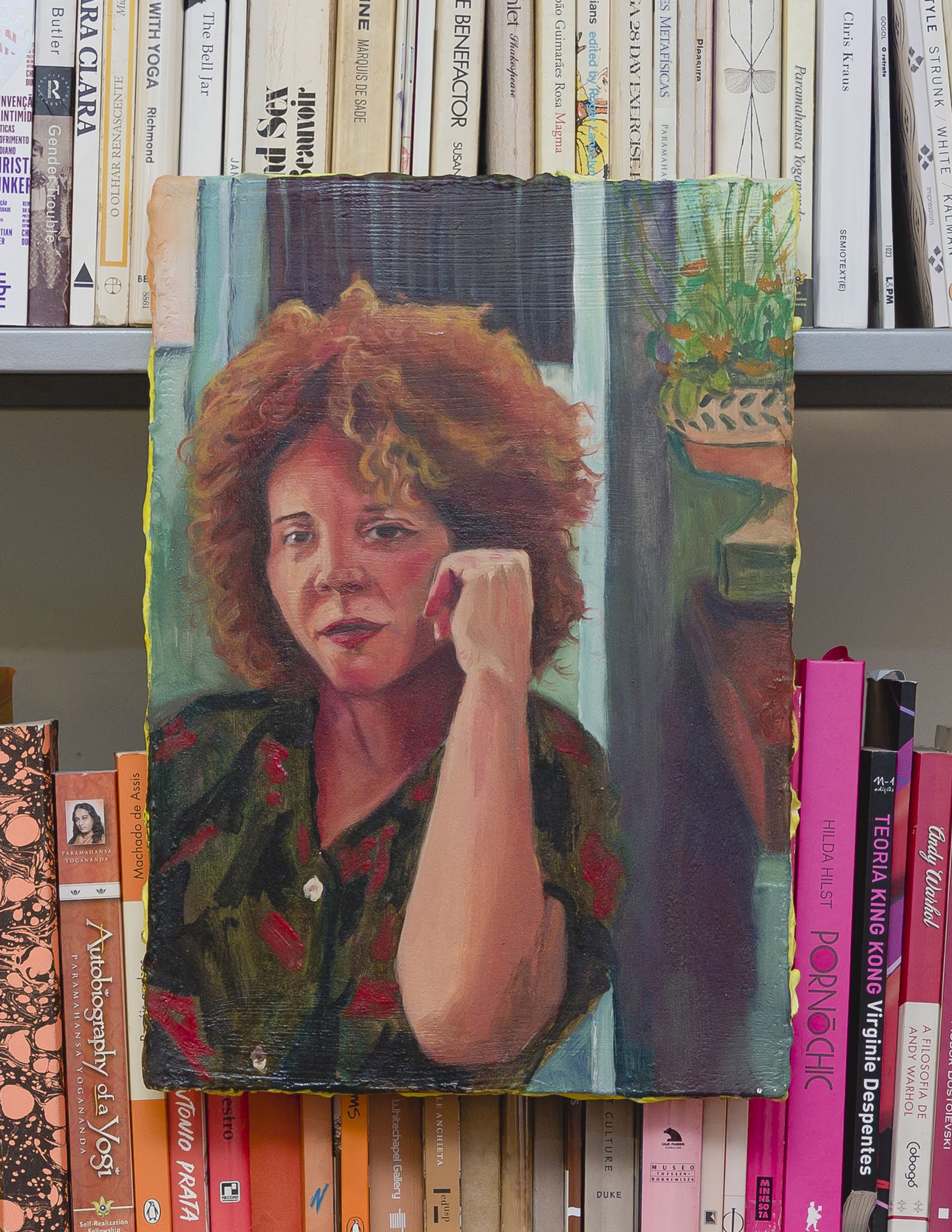 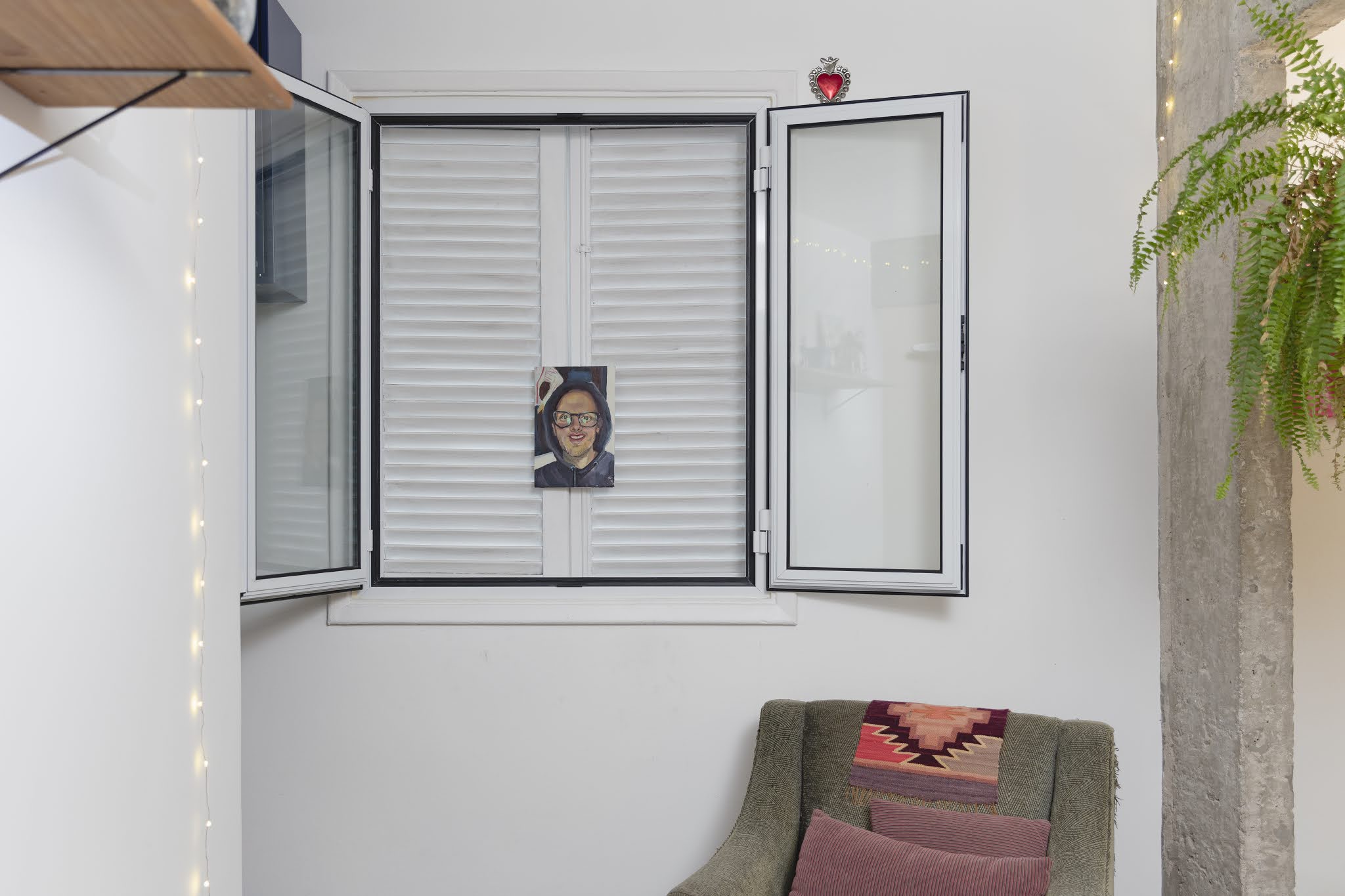 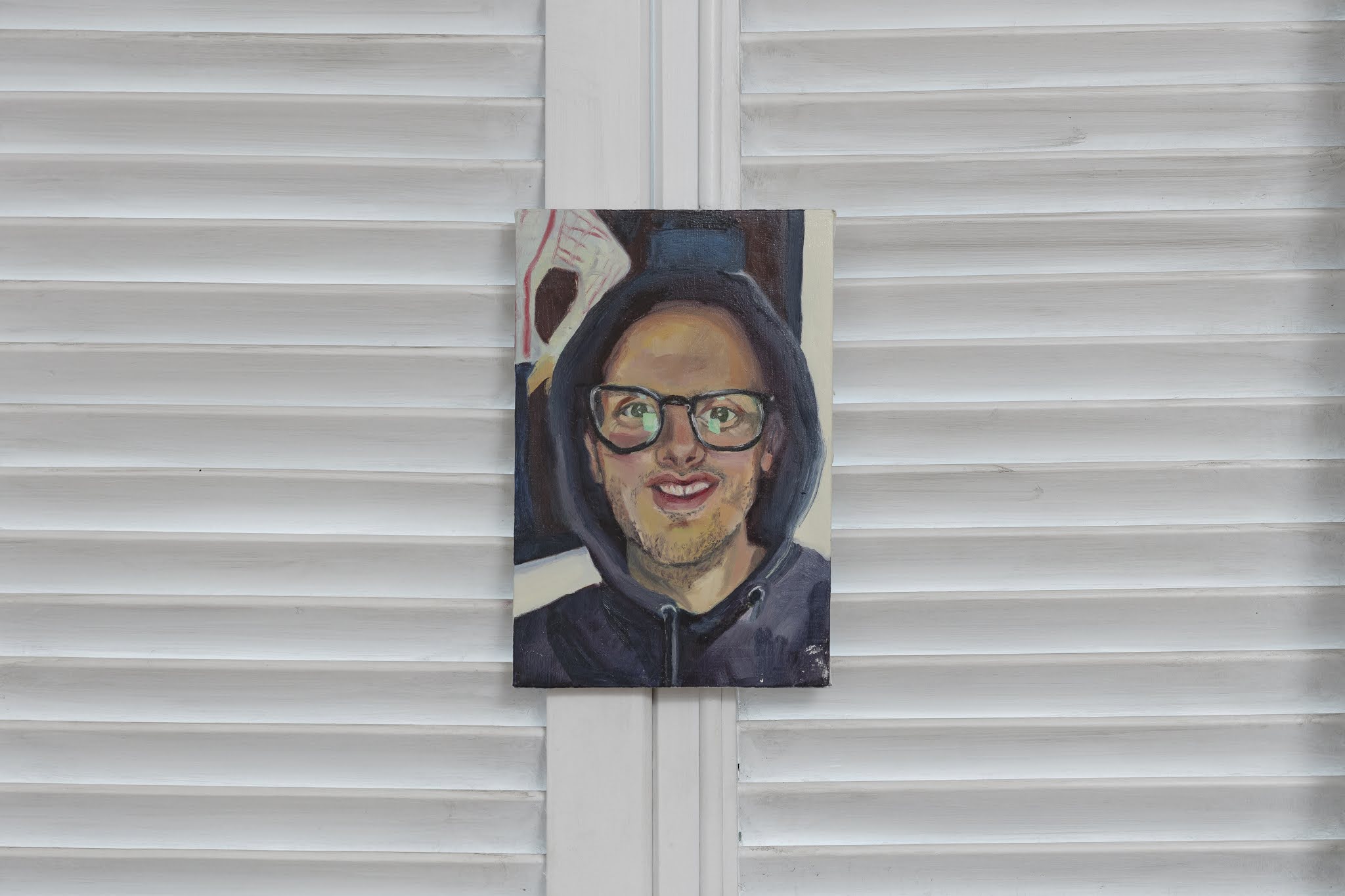 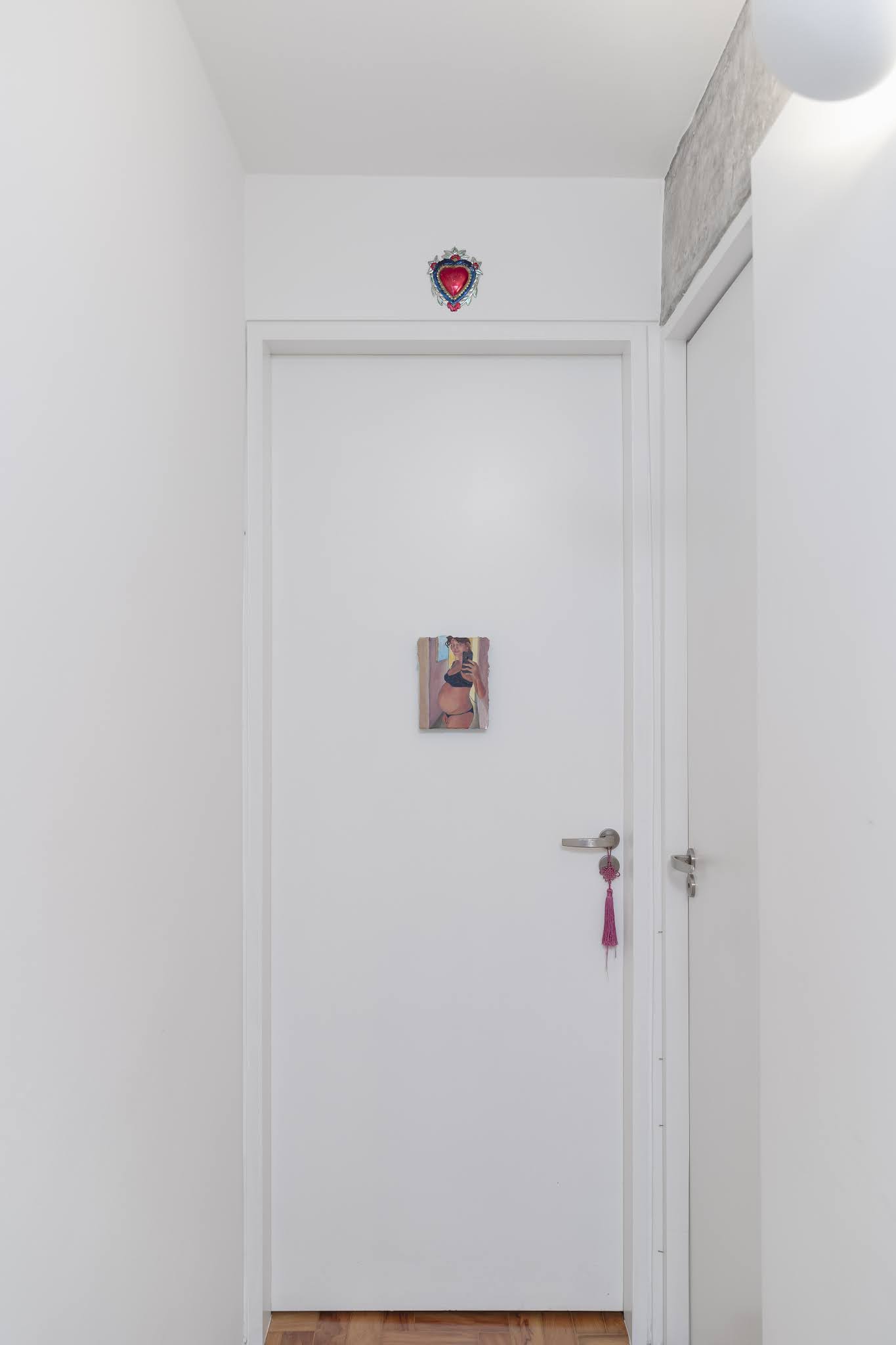 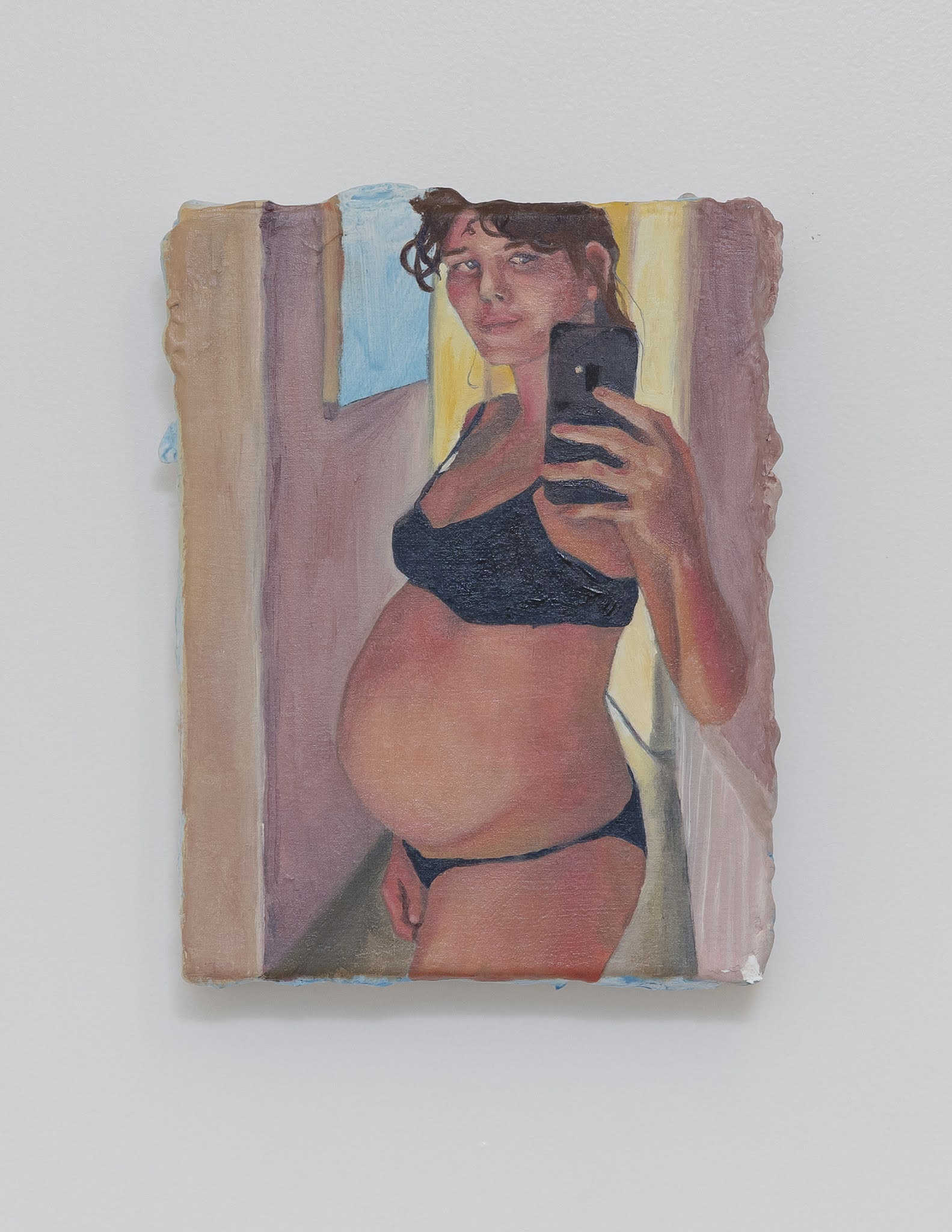 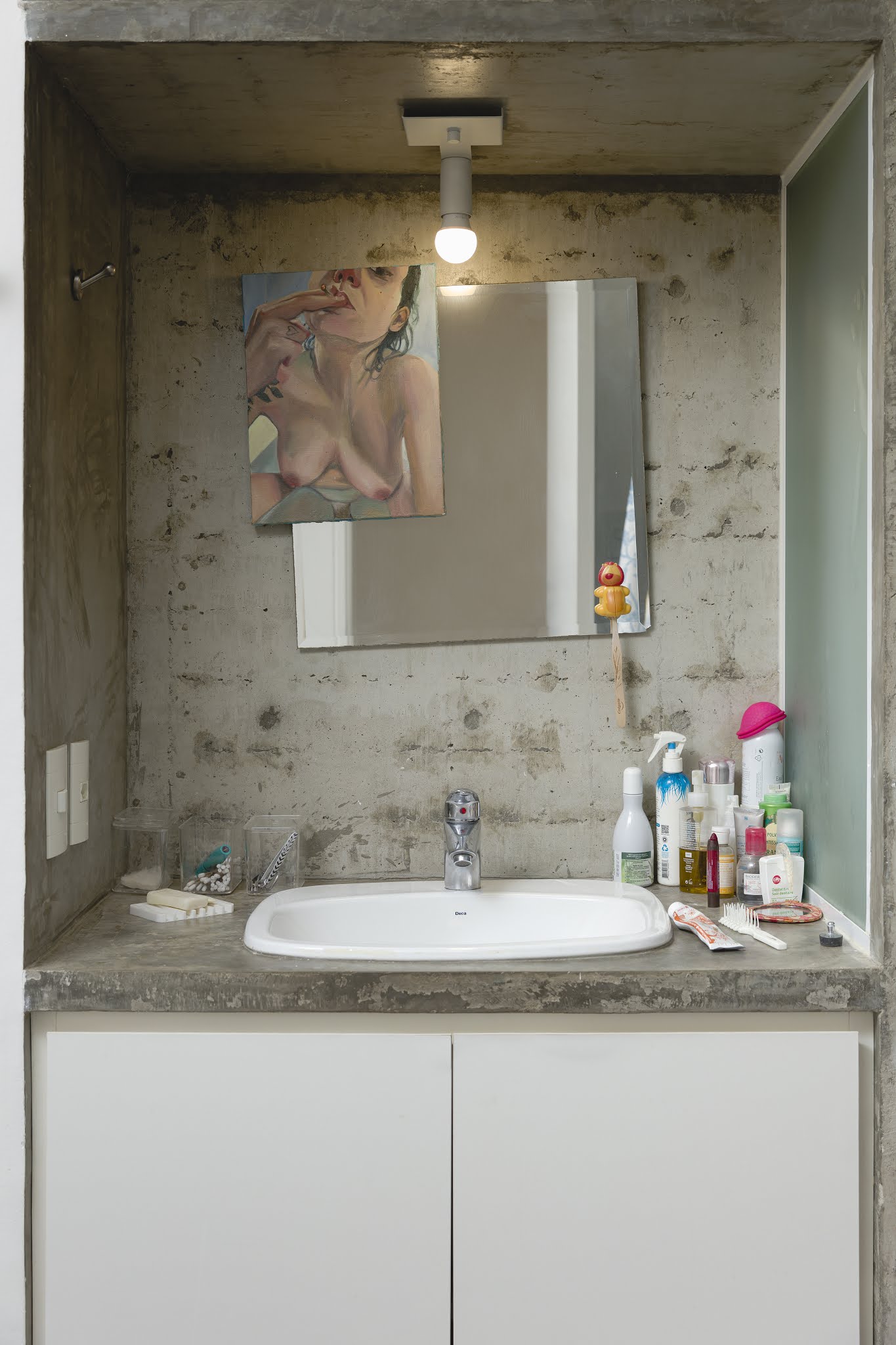 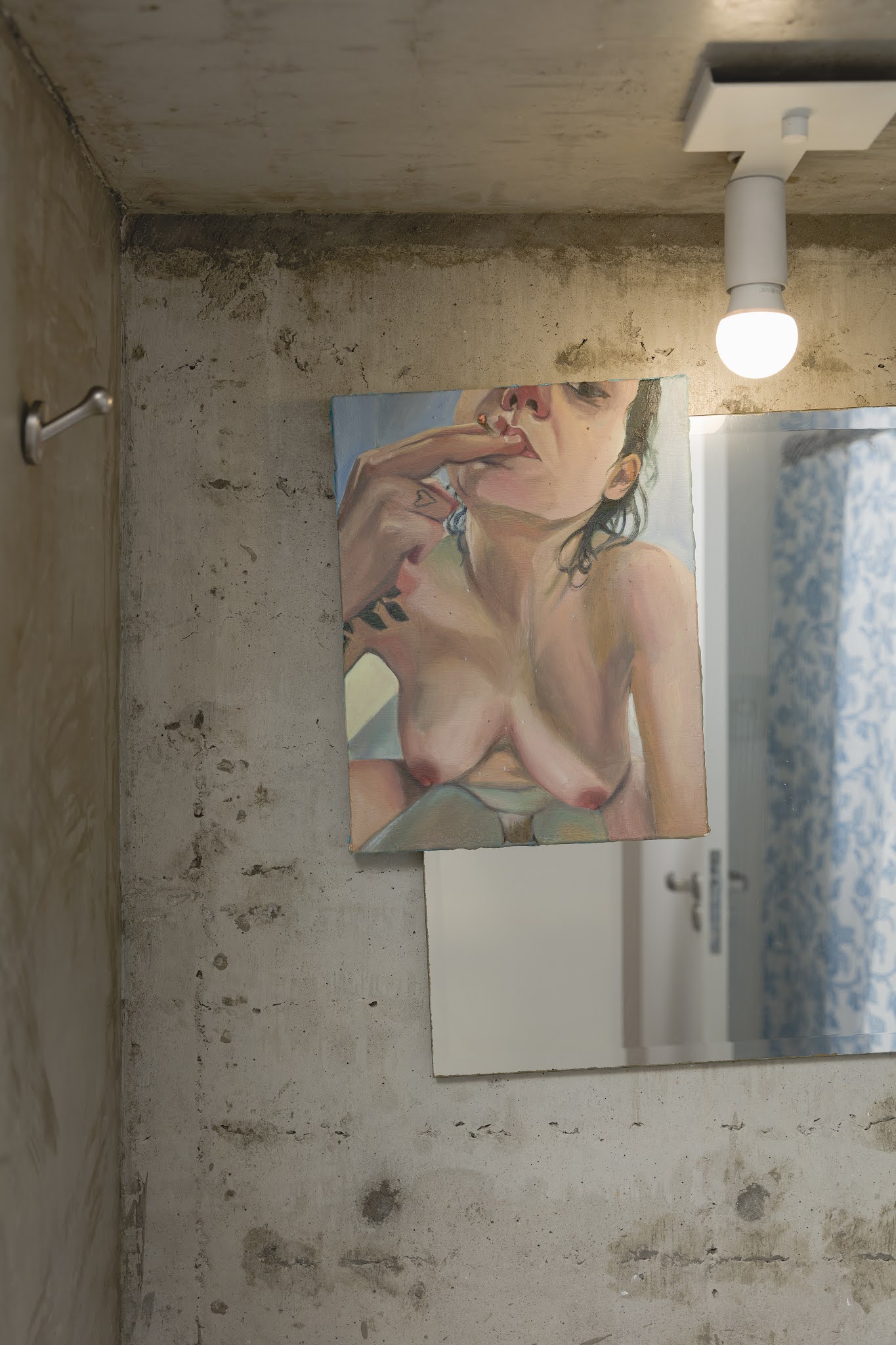 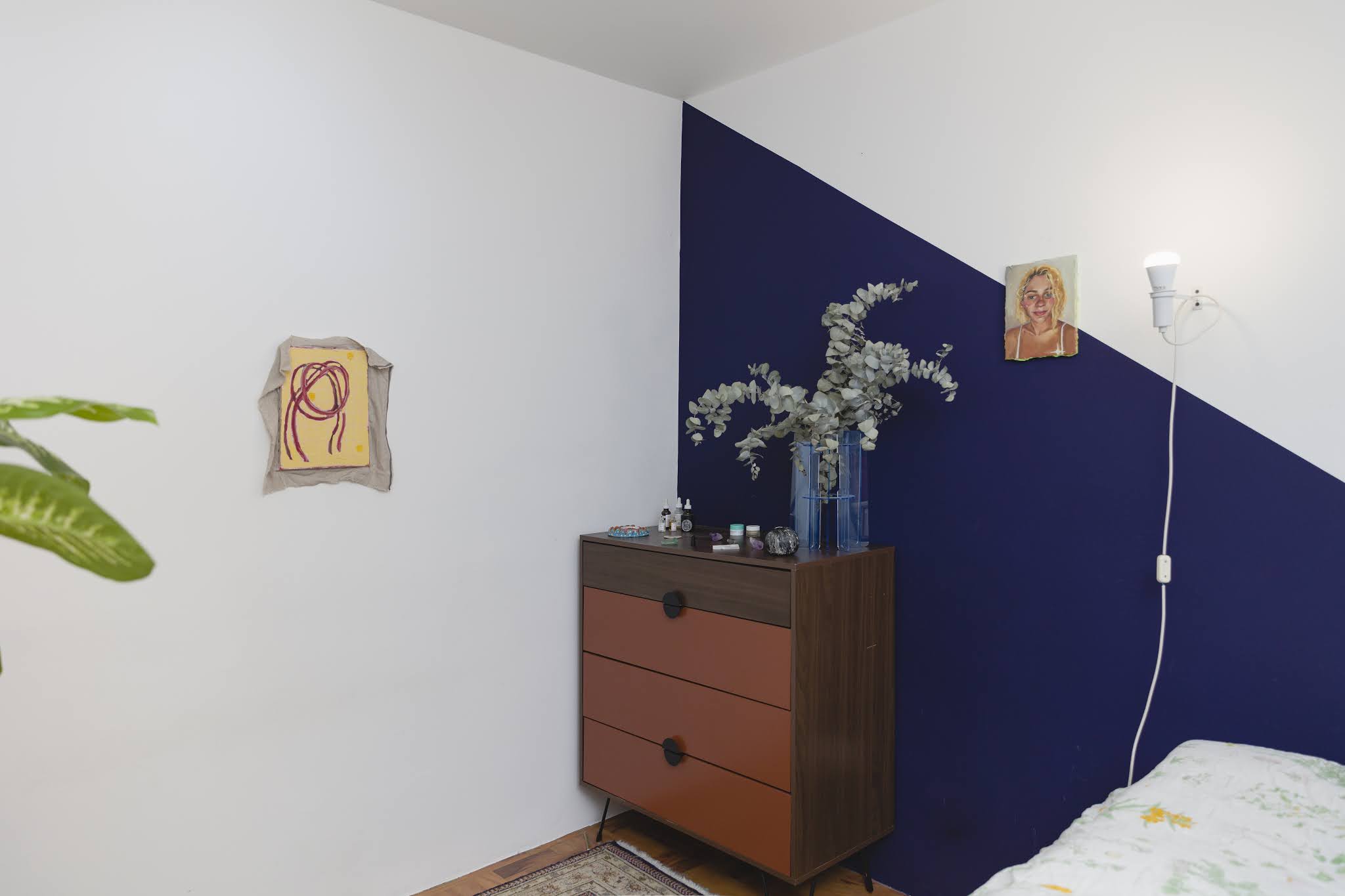 Gabriela Godoi, Other, I, Self @ CAL GOSTA. Exhibition view. 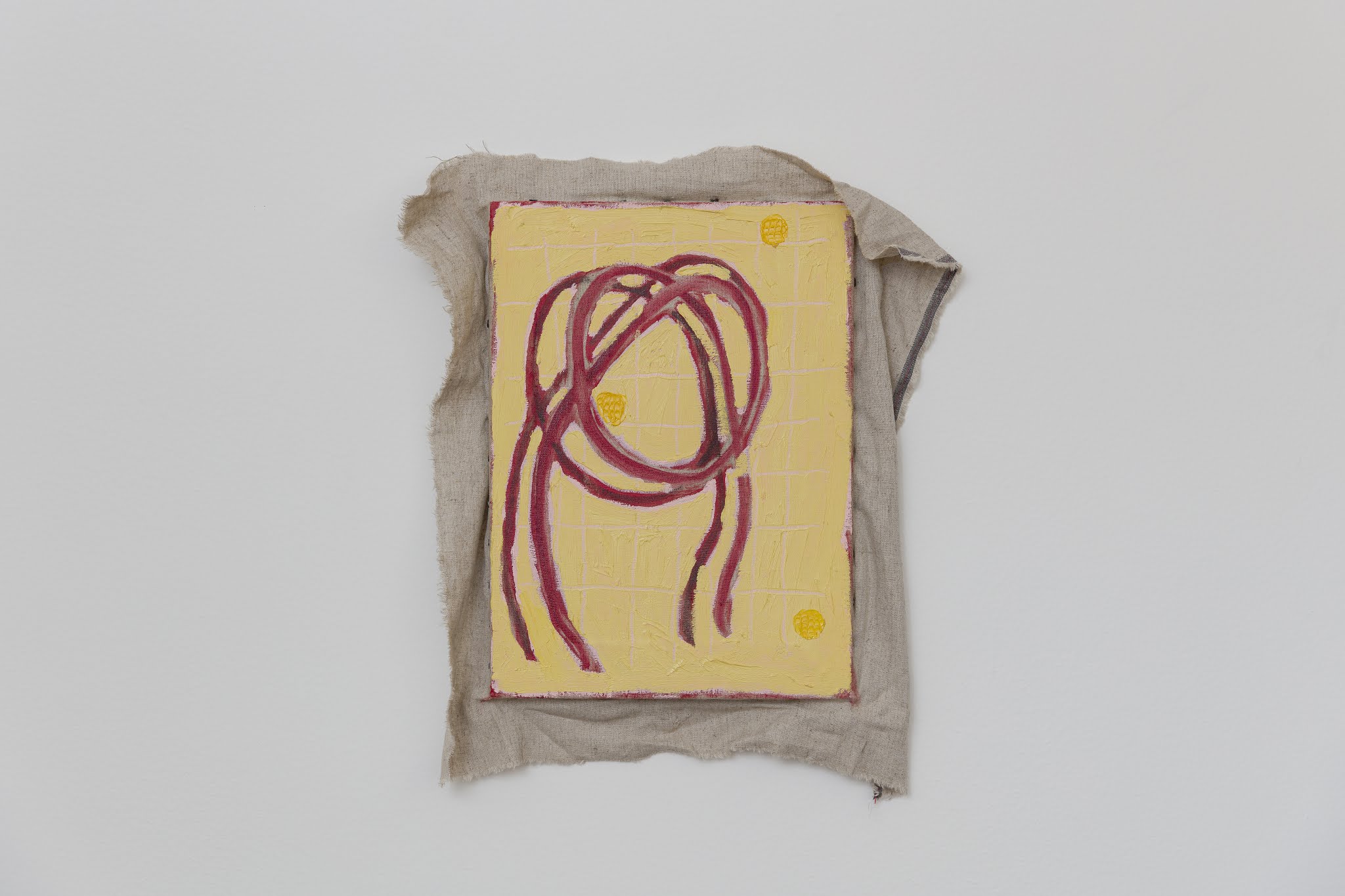 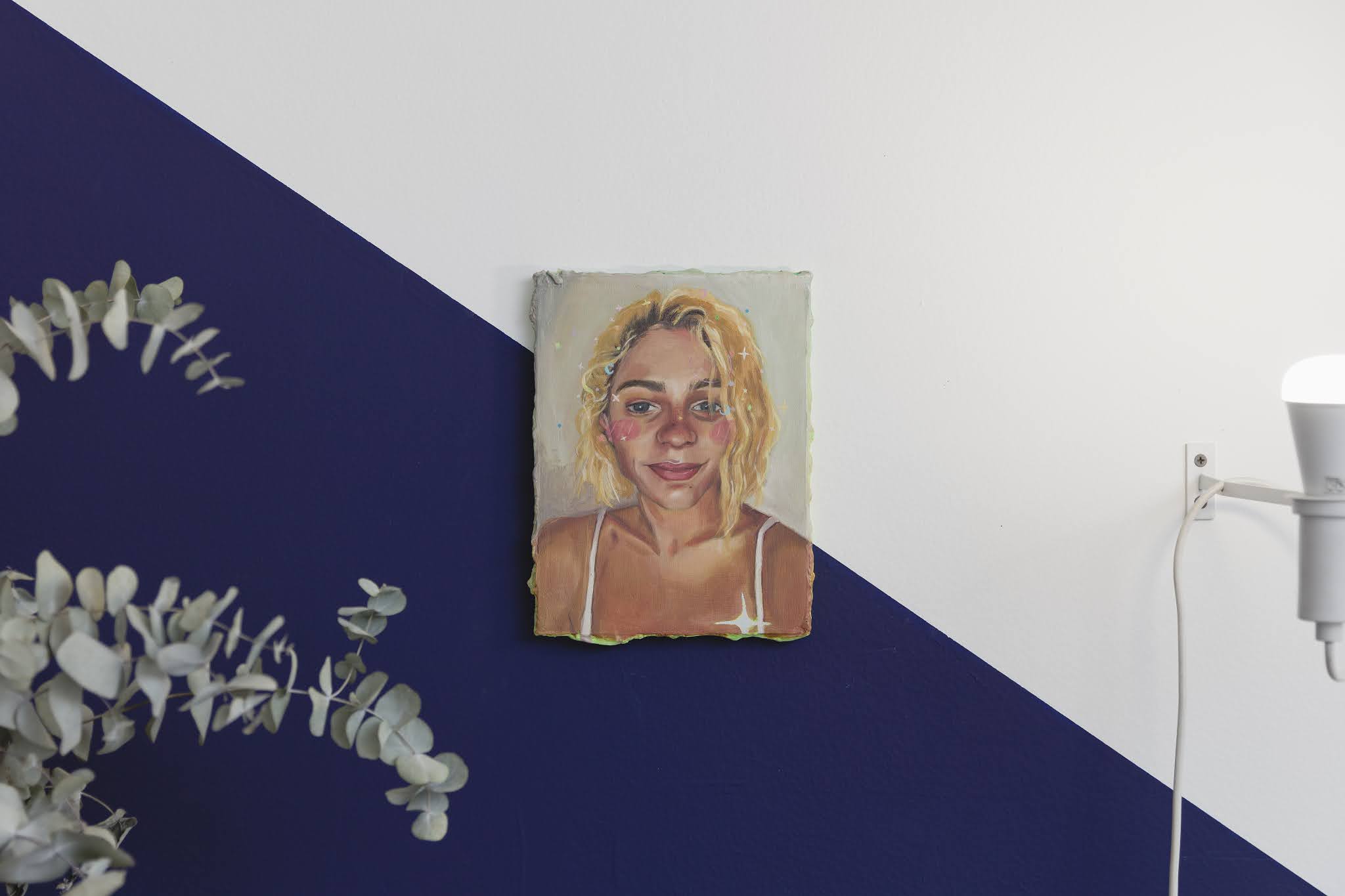 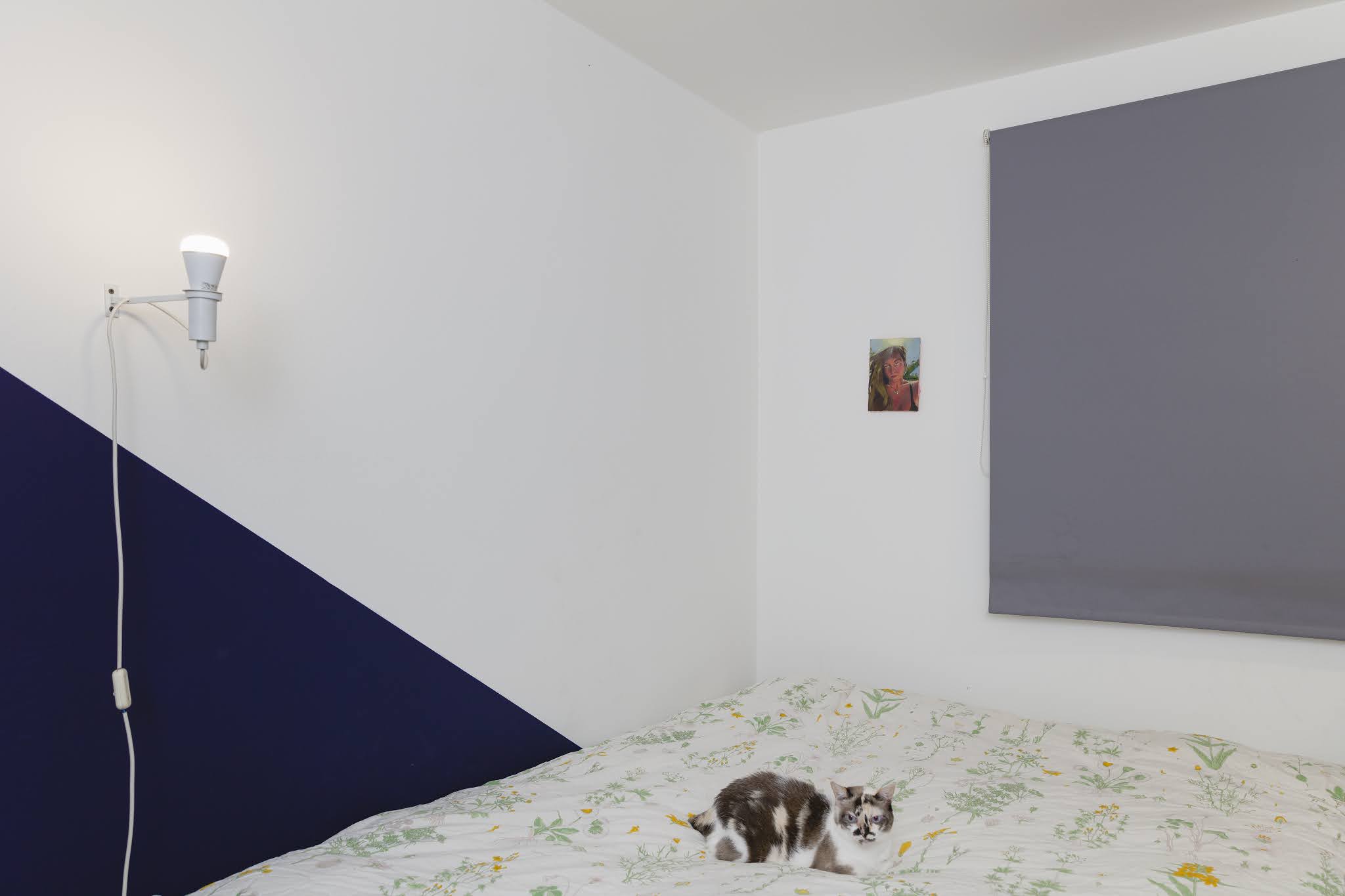 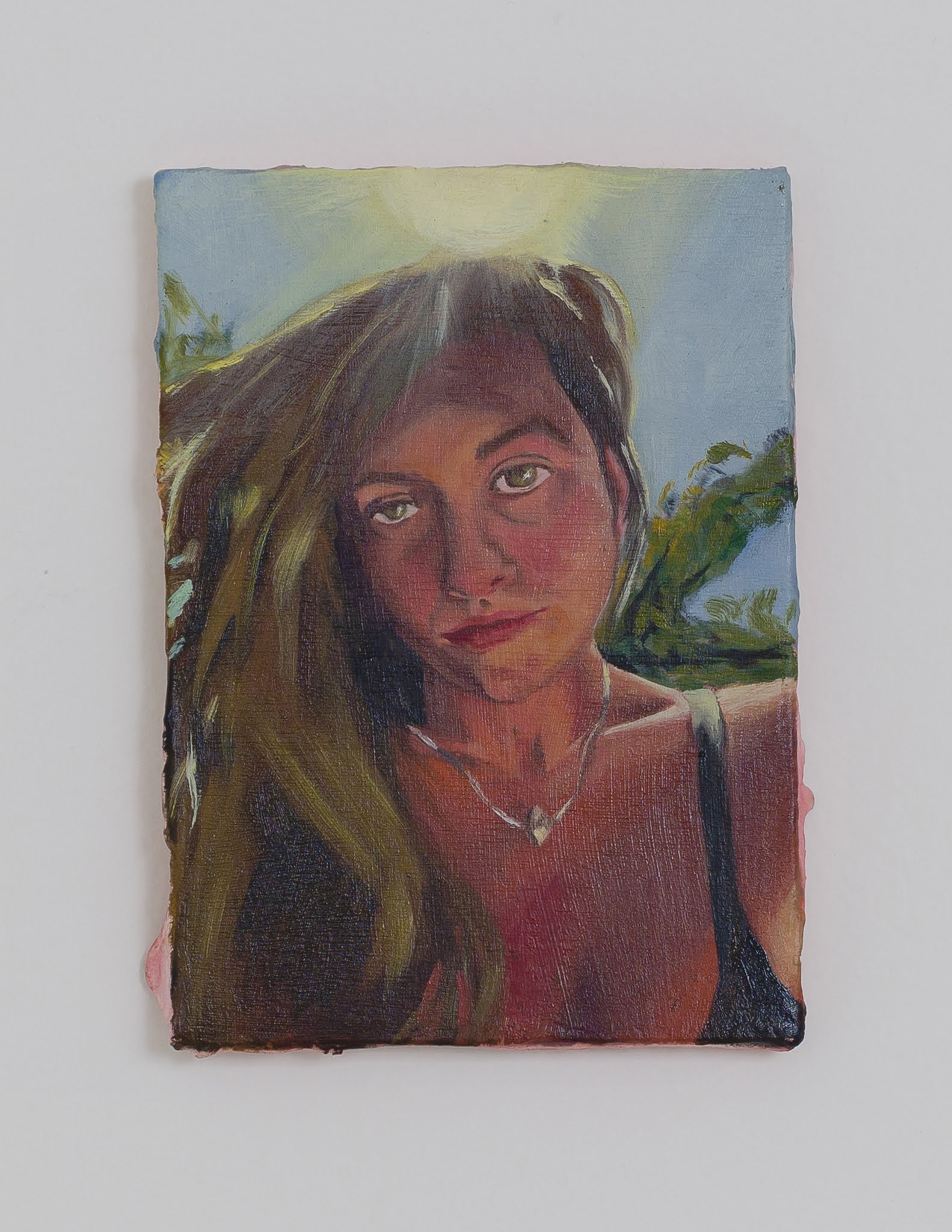 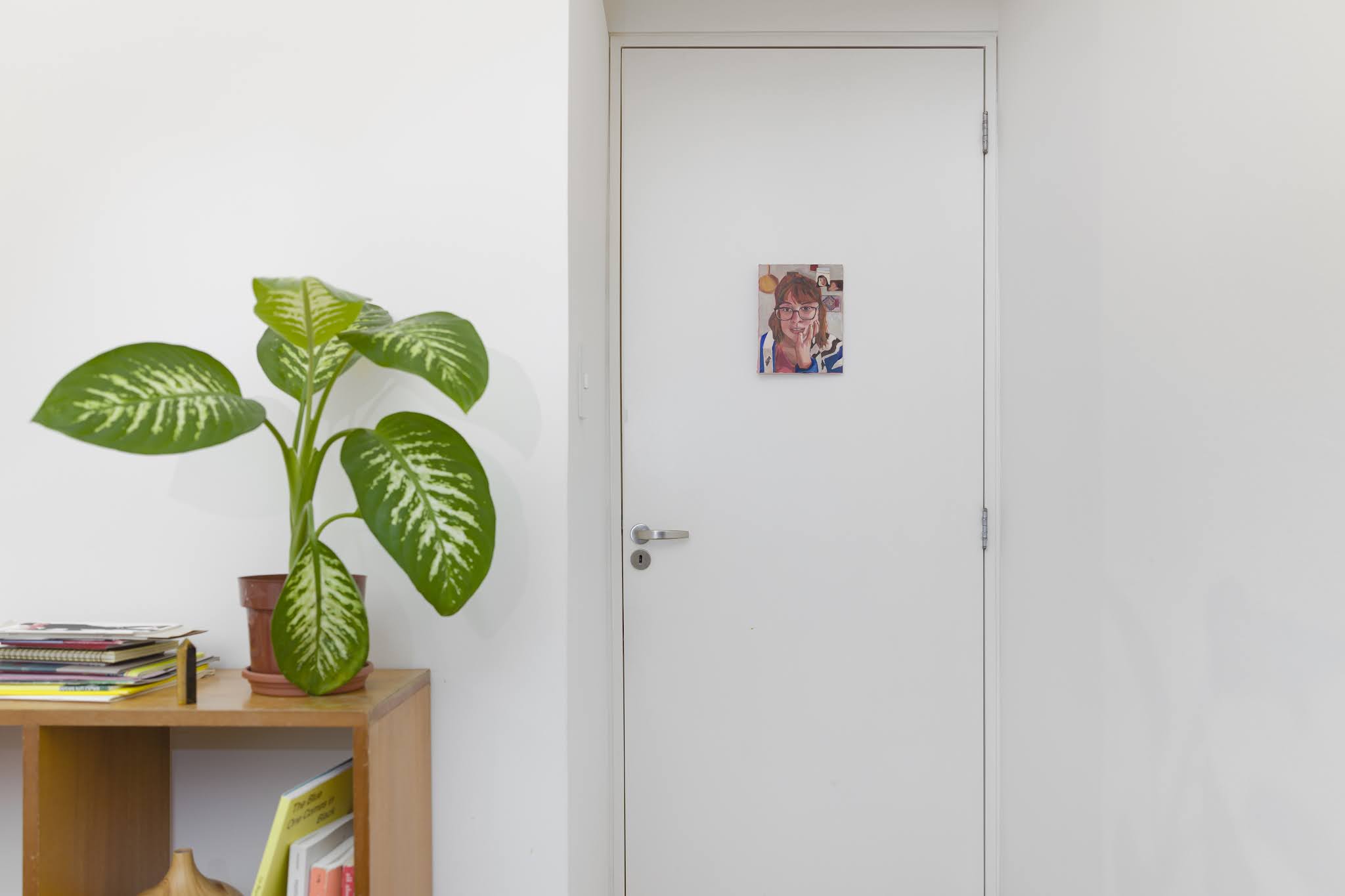 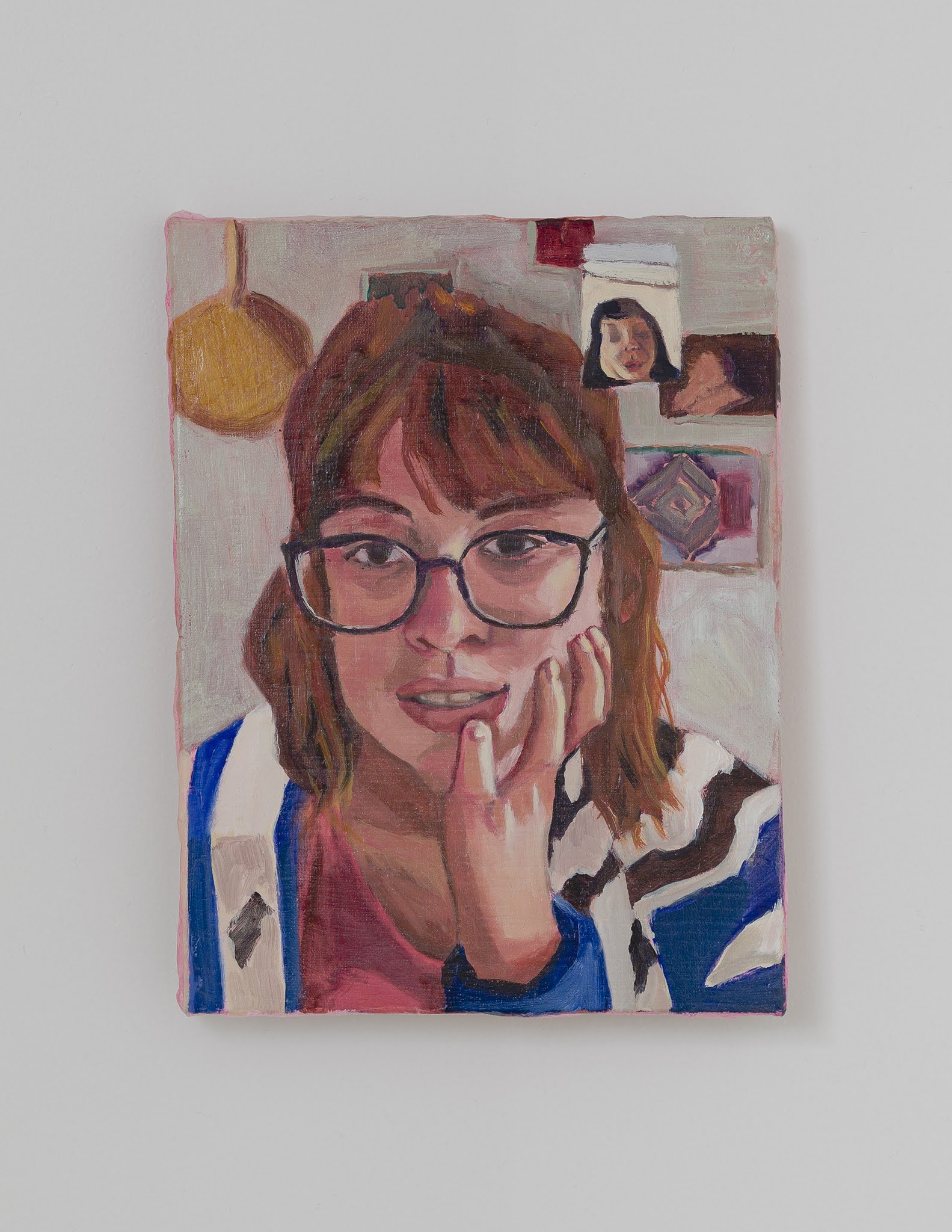 Photography by Ana Pigosso. All images courtesy and copyright of Gabriela Godoi and CAL GOSTA.

CAL GOSTA is pleased to announce Other, I, Same a solo show by Brazilian artist Gabriela Godoi. Based in São Paulo, SP, the artist graduated from the M.F.A. program at Emily Carr University of Art and Design in 2017 and holds a B.F.A from F.A.A.P. (São Paulo - Brazil). In past years, she has participated in group shows such as the 44o Salão de Arte Contemporânea de Piracicaba and the 41o Salão de Arte Contemporânea Luiz Sacilotto. She has been an artist in residency at W139 (Amsterdam, 2012), FAAP Residency (São Paulo, 2019), and Pivô Art and Research Residency (São Paulo, 2020). In the past years, she has taught classes at Emily Carr University of Art and Design in Vancouver, BC. Godoi works primarily with painting and the making of objects. Such modes of communication allow her to question, poke fun at, and play with issues of identity, intersubjective relations, the body, and sexuality.

It is increasingly evident that today's painting is inseparable from digital and online image production techniques. Through electronic devices connected to the Internet, painting has gained new textures, diversified its language, and enlarged its signs. Our gaze has learned a new complex alphabet; transforming not only painting but also the way we see paintings. The set of images presented in Other, I, Self is a direct reflection of this change.

The process of transformation of our relationship with the image seems to have intensified in recent months because during the Covid-19 pandemic the attention of our gaze turned even more to the canvases of our electronic devices. The production and consumption of digital images have increased exponentially. Naturally, Godoi's paintings done during this period carries the consequences of these changes in our behavior.

But even well before the appearance of photography, portrait - as a traditional genre of painting - already fulfilled the function of showing us the faces of people who are far away, both spatially and temporally. We are now looking and being looked at from a distance through image resources. This possibility had already been partially given, although not in real-time, since the portrait of a person (on a canvas, drawing, or engraving) could travel by ship between distant places.

In general, the people portrayed in the classical paintings, when they were not mythological beings or religious deities, were characters of nobility immortalized by the court painters. With the rise of the bourgeoisie in the Renaissance and beyond, the people in the paintings became anyone who had the means to pay a painter to do his portrait. Nowadays, to maintain social distance, we live daily with the image of our friends, family, teachers, and ourselves. Again with a social cut limited to the bourgeoisie, because access to the necessary resources is not universal either. The characteristic of our period is that we do simultaneously the role of the painter (producer of the image) and that of the model (person portrayed). In this case, what seems to stand out in this production are these double-relations through our gaze, between each other and the Other.

Besides showing the distant person, Godoi's images also reveal to us the background scenes which contextualize where people are located and gives us an idea of who they are. It is interesting to give detailed attention to these settings, because many times, even involuntarily, elements are producing metaphoric meaning in the composition of a portrait. Take for example the case of Brazil's current Minister of Economy when he streamed a live video in his library which was empty of content, in his case, books.

Thus the coherence in the way the paintings exhibited by Godoi are shown in her studio and apartment. Besides complying with the new social norm produced by the pandemic, this expographic modality feeds us with the wealth of details and meanings present in the environments. In each painting, we see the scenario in which the video calls that originated them were made. And so, in one image we have two environments in dialogue: the photographed scenery and in it a painting that reveals its subject in its remote scenery. Between two-dimensional surfaces (device screens and painting screens) a spatial connection is opened where points of view are shared. "The canvases are the new skin of the world", as Paul B Preciado so brilliantly expresses.

Most videoconferencing applications give us a similar feature, as we can see ourselves on the same canvas where we see our interlocutor.  Furthermore, this is an exhibition that brings forth the companionship and friendship of people who have been isolated due to a health crisis. But in these end times, we find ourselves coping with the need humans need to interact and engage. As Giorgio Agamben considers, "The friend is not another I, but an otherness immanent in selfness, a becoming other of the self. At the point at which I perceive my existence as pleasant, my perception is traversed by a concurrent perception that dislocates it and deports it towards the friend, towards the other self. Friendship is this desubjectivization at the very heart of the most intimate perception of self.”