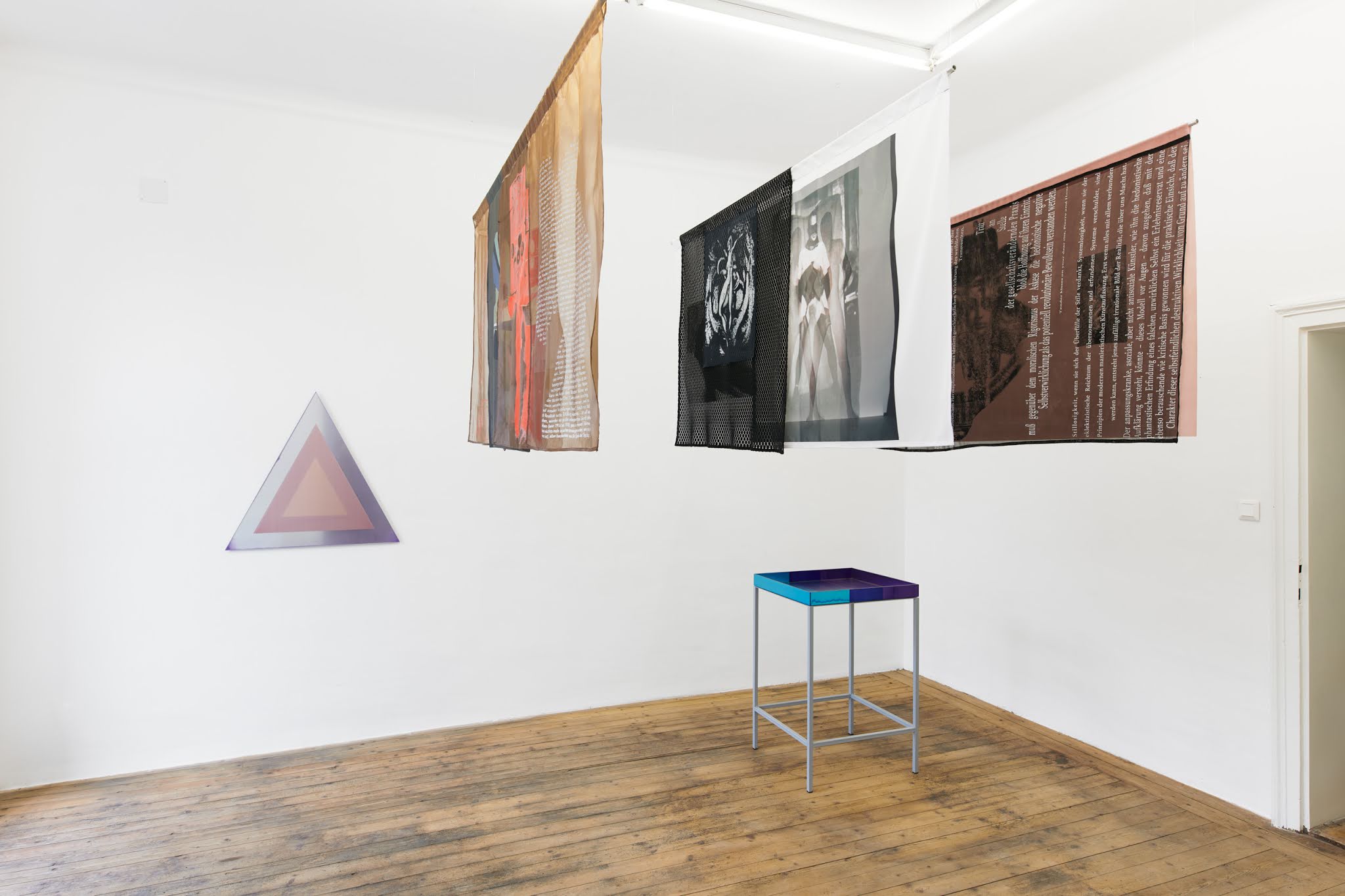 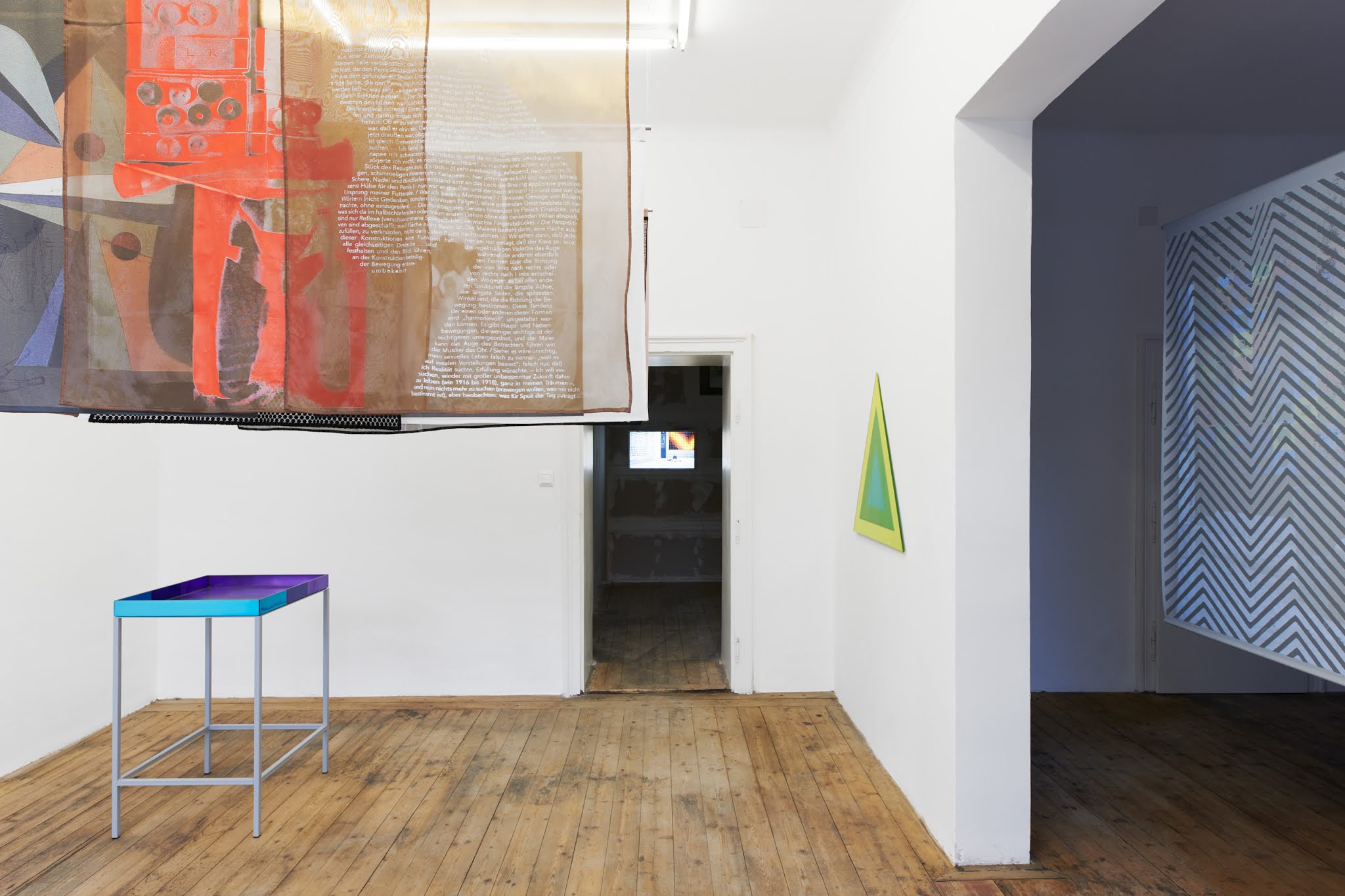 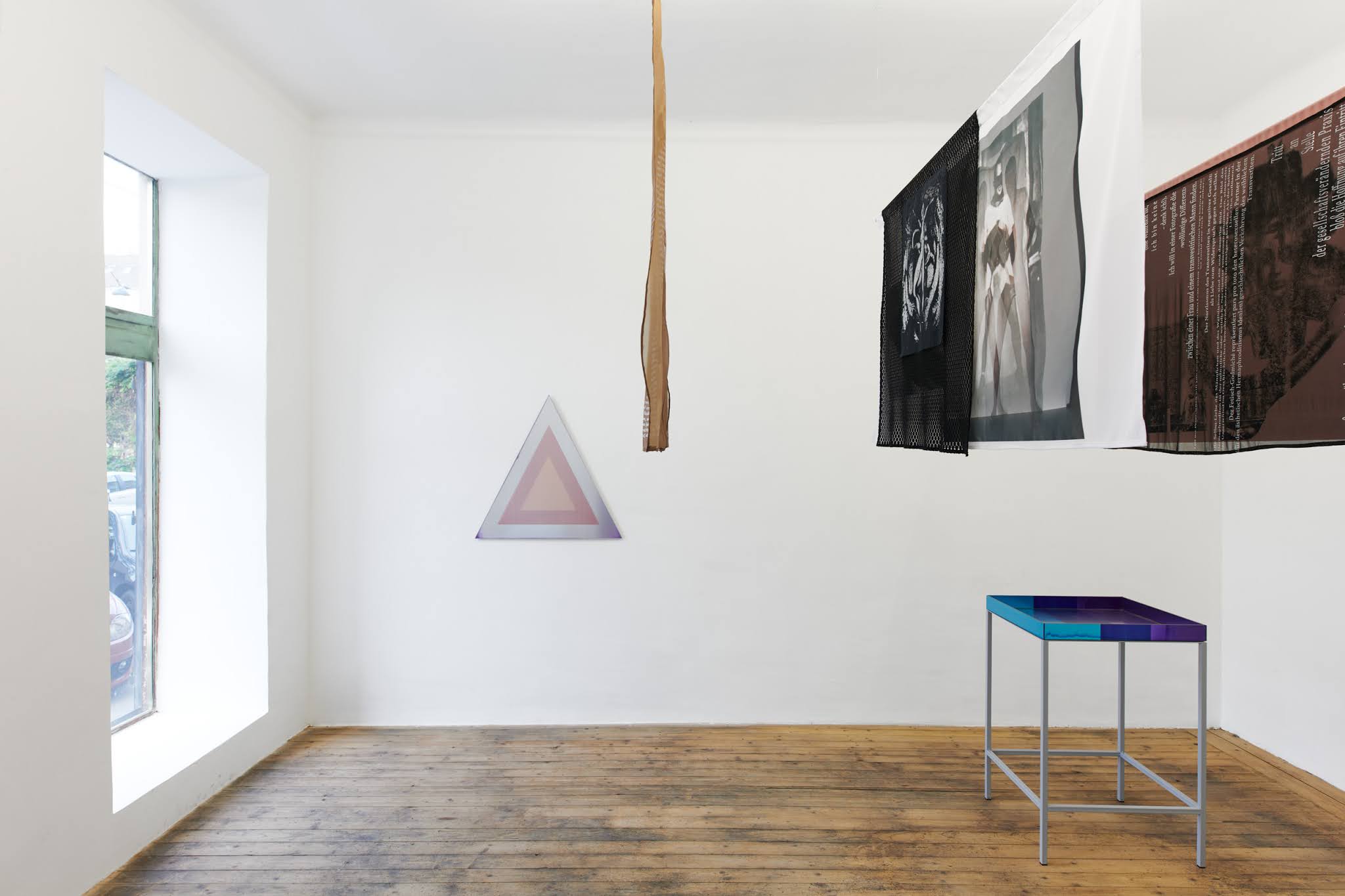 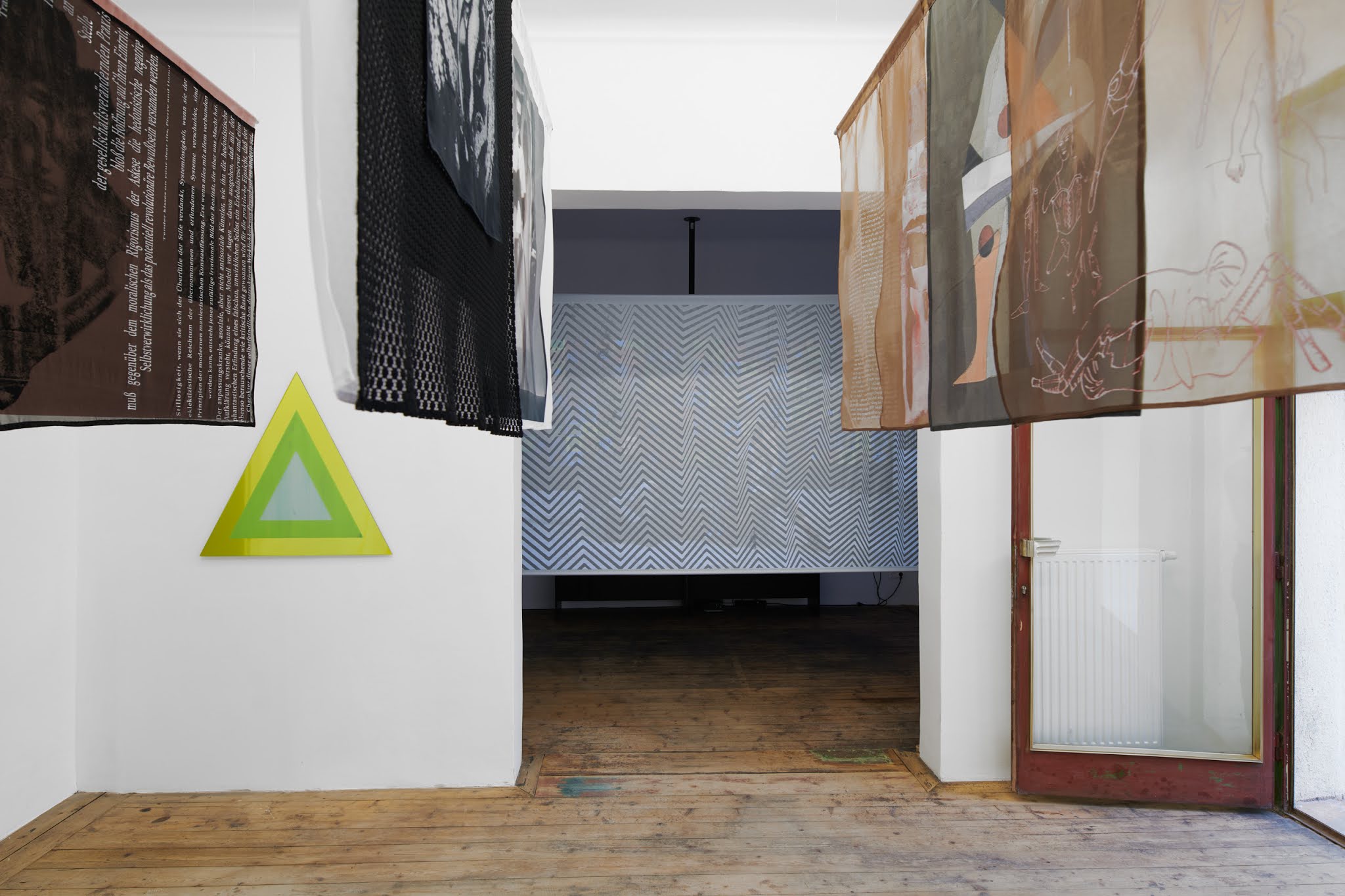 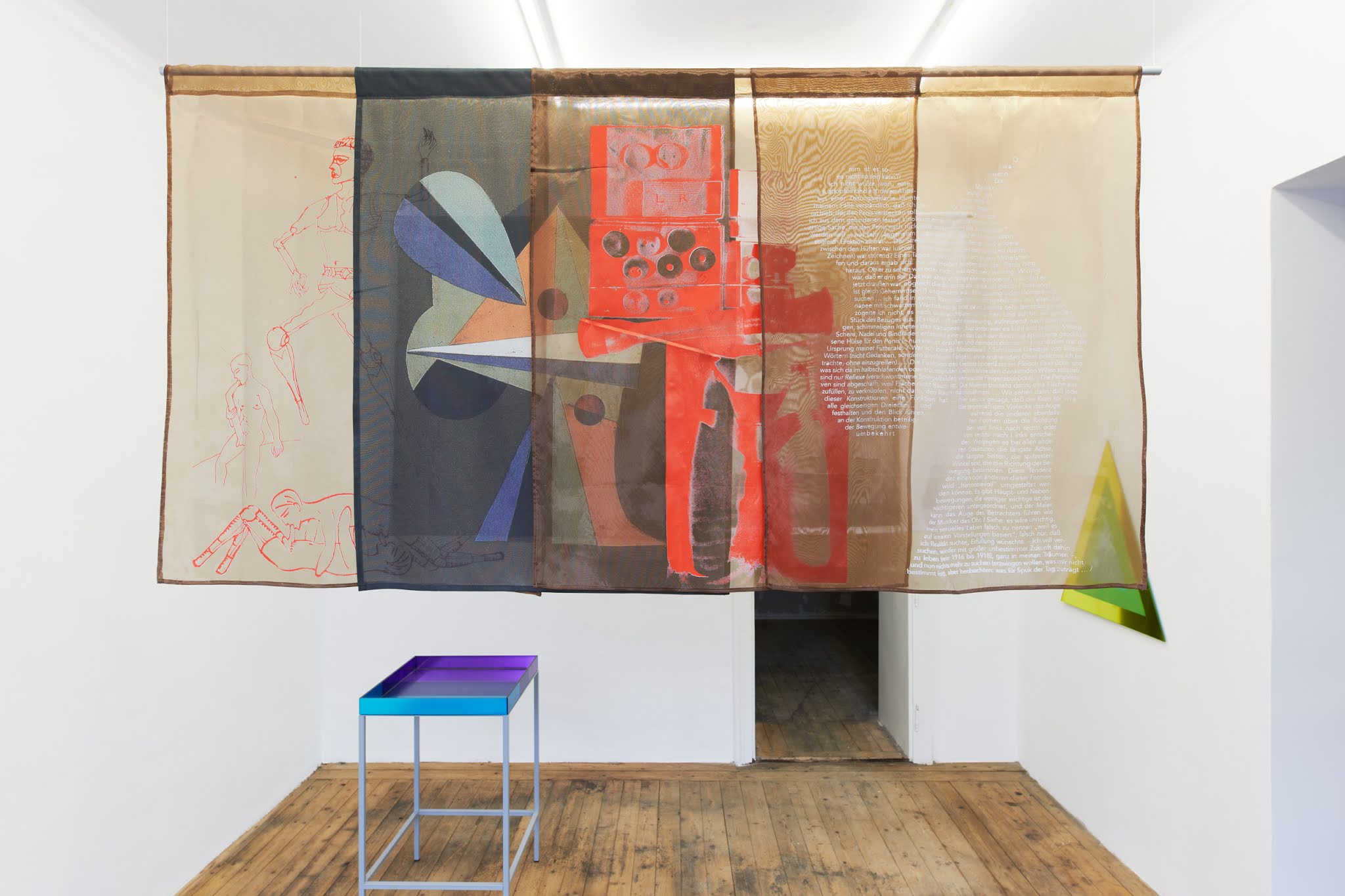 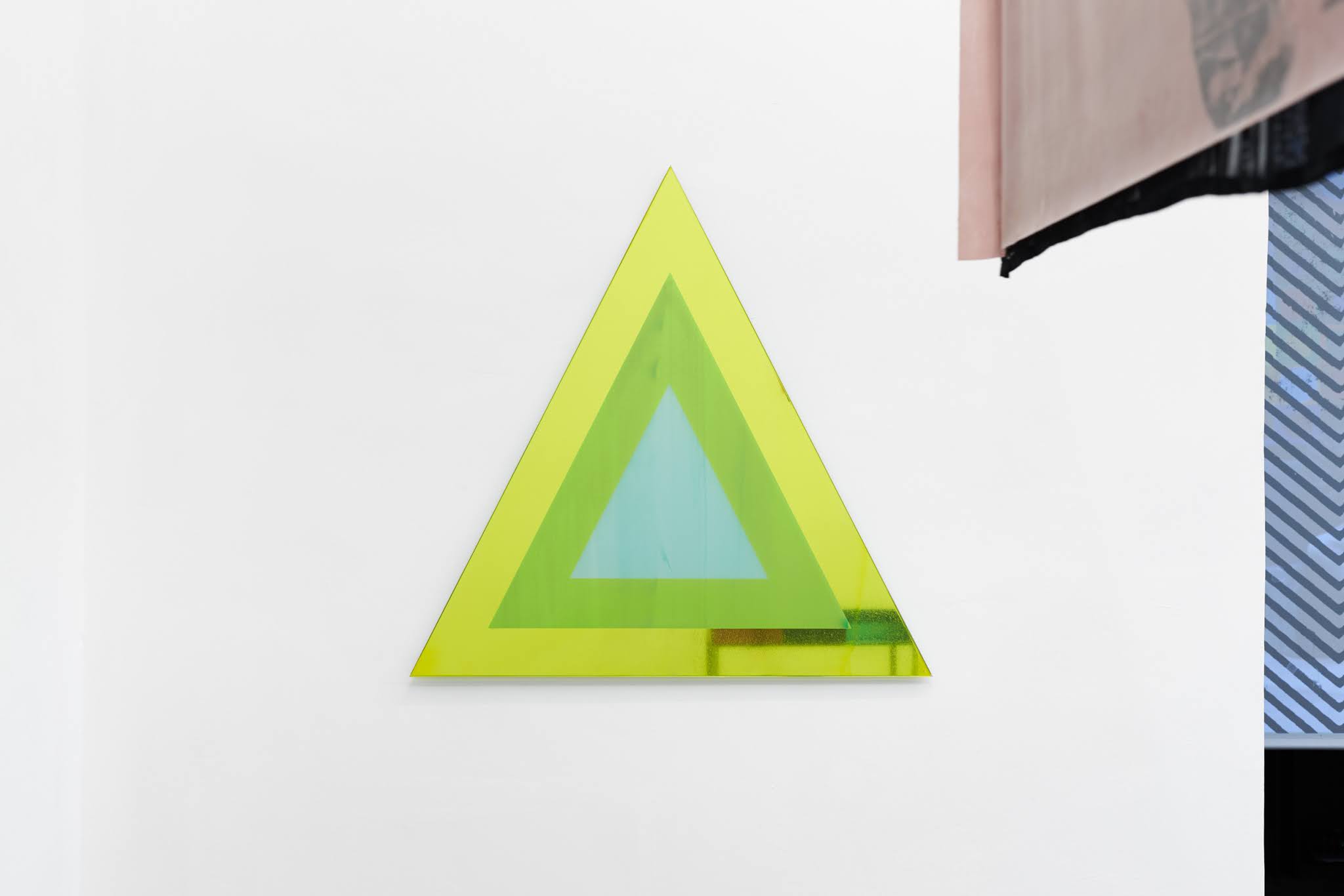 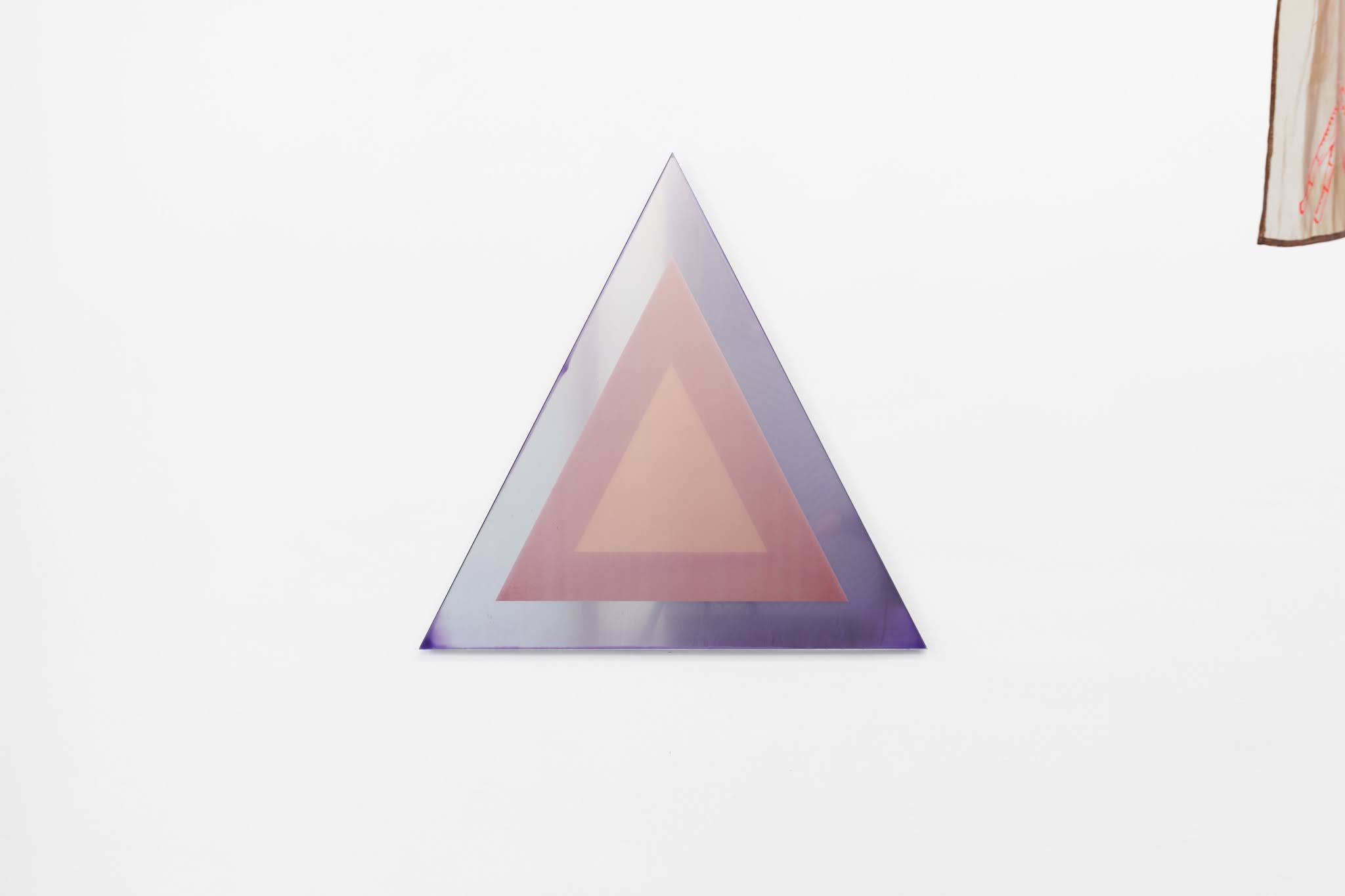 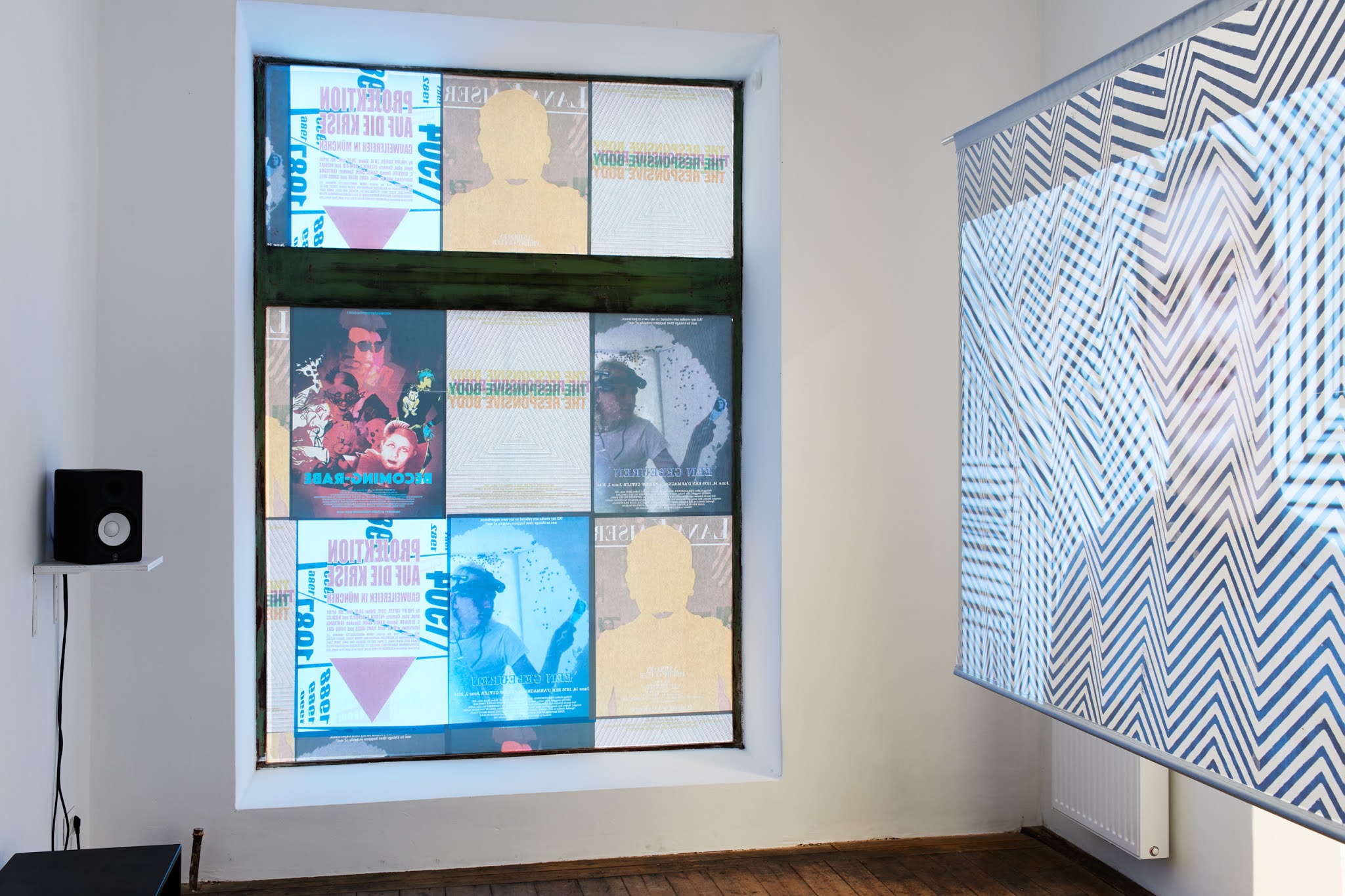 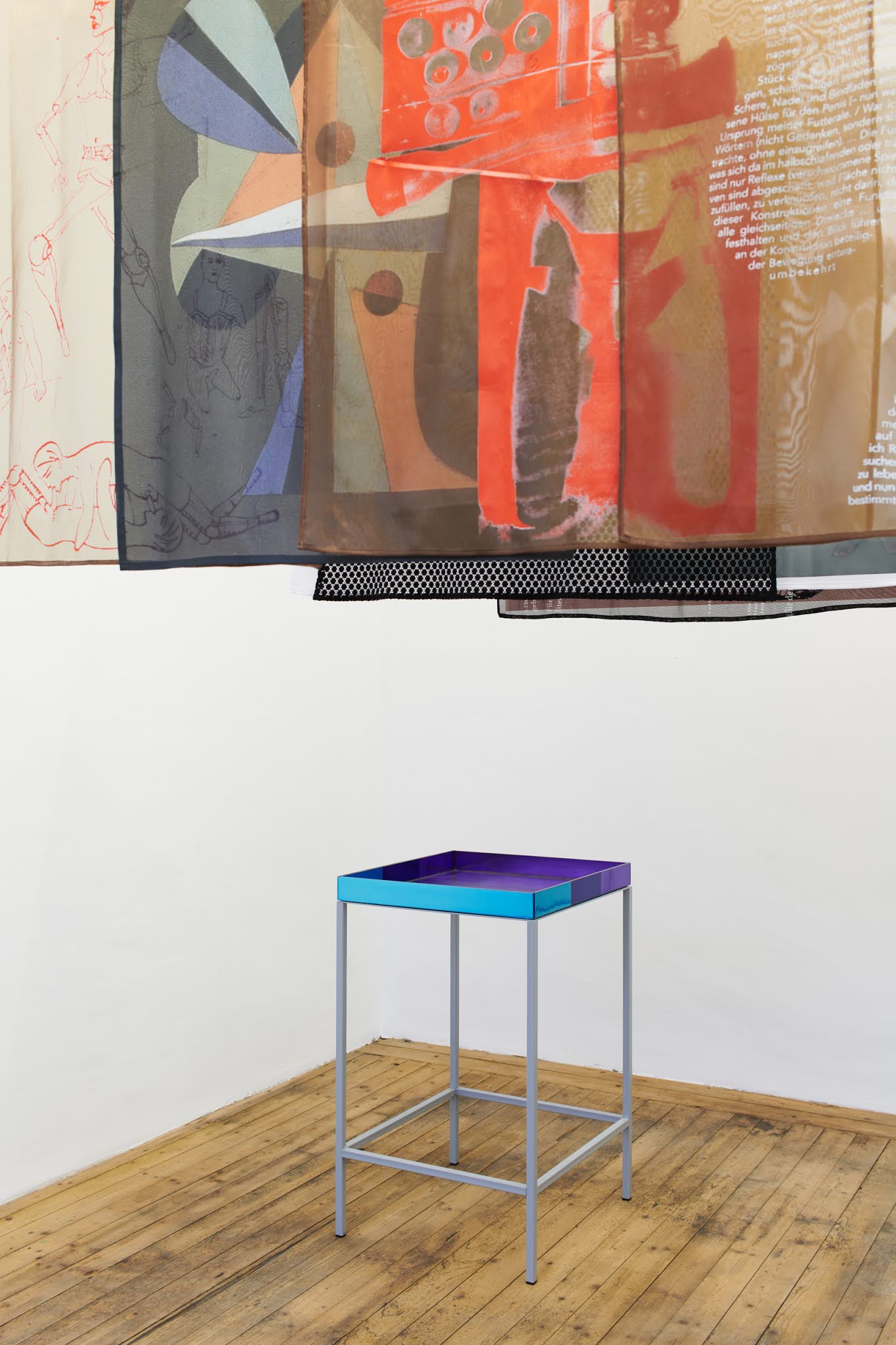 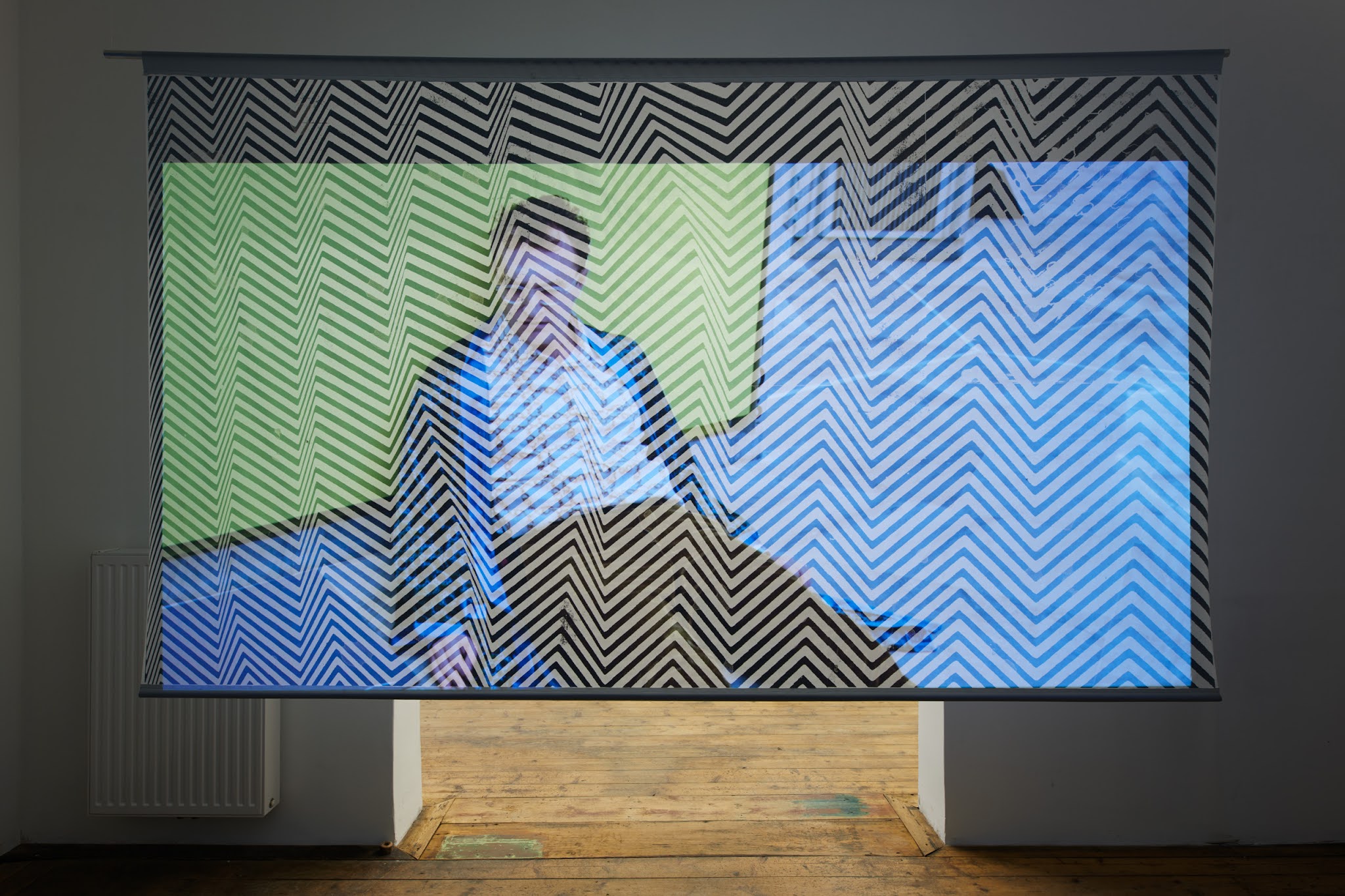 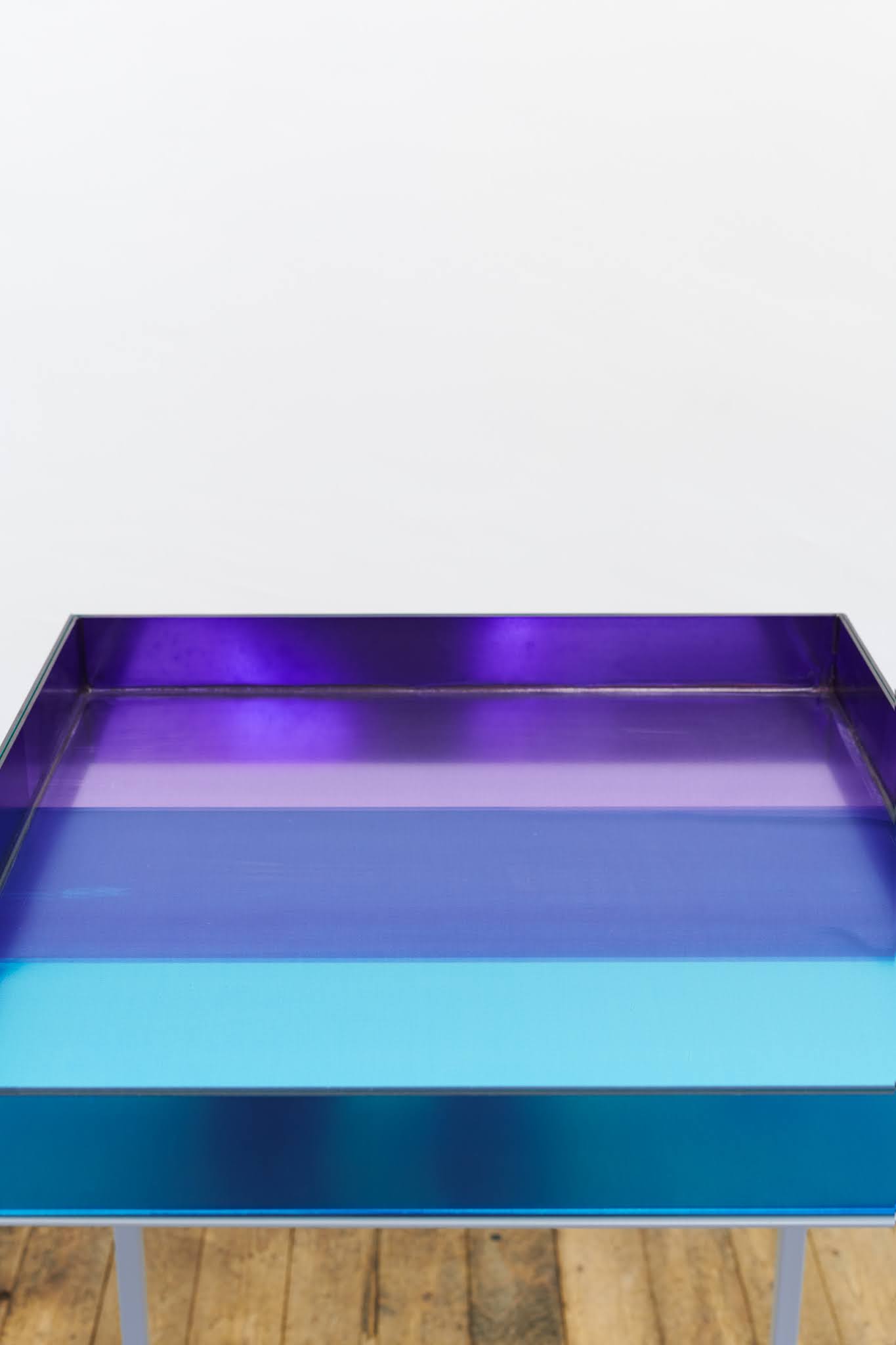 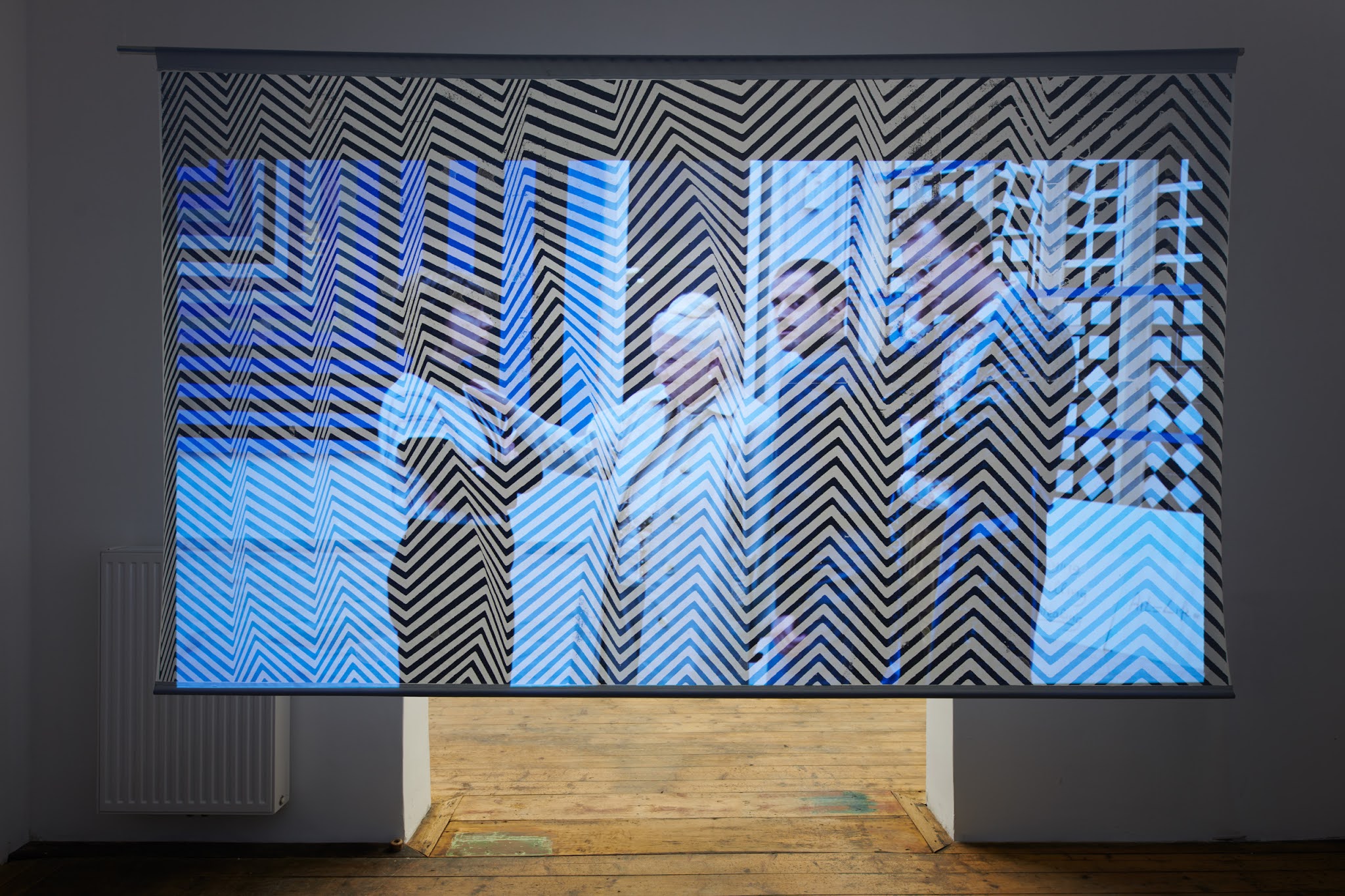 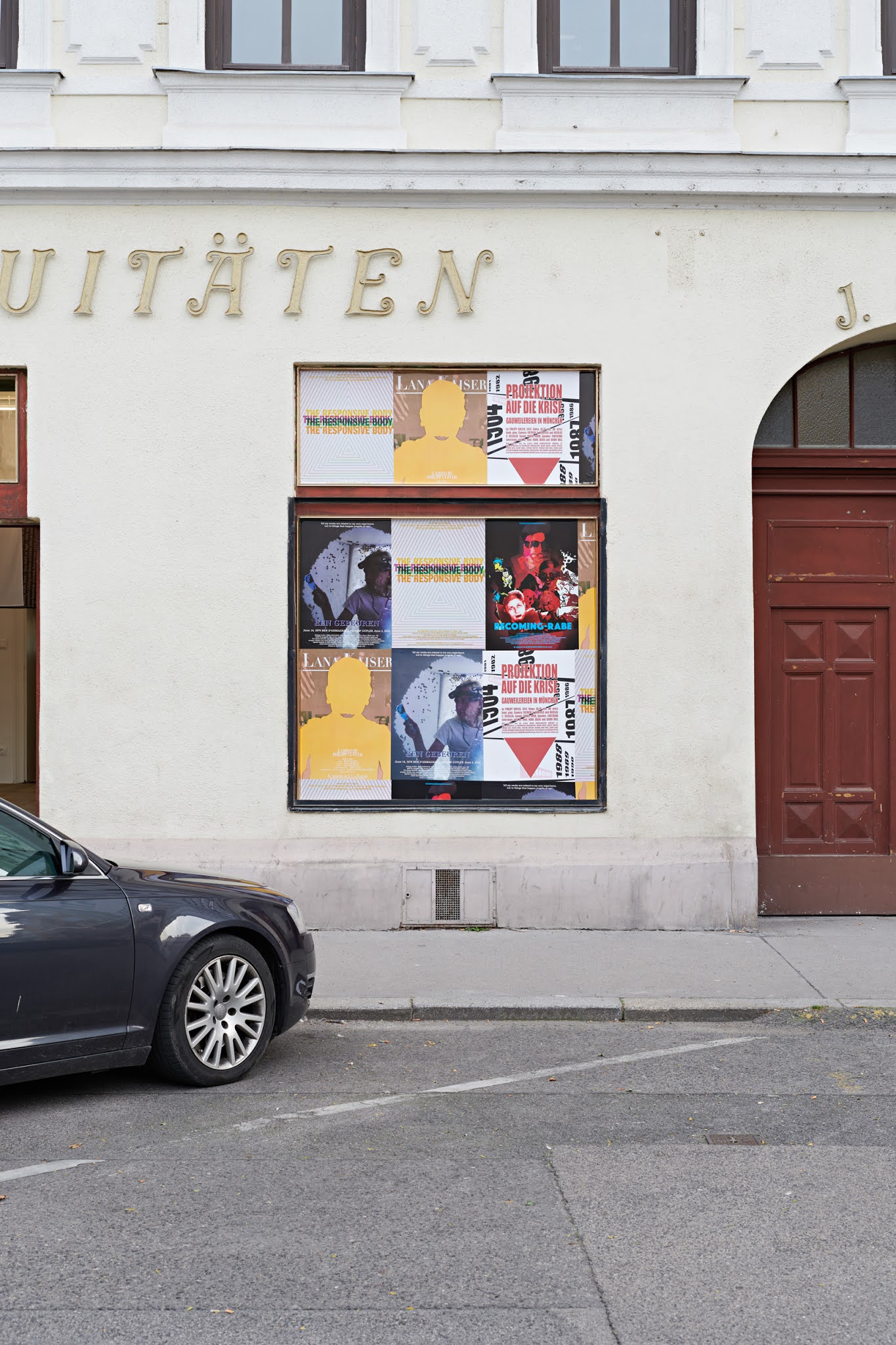 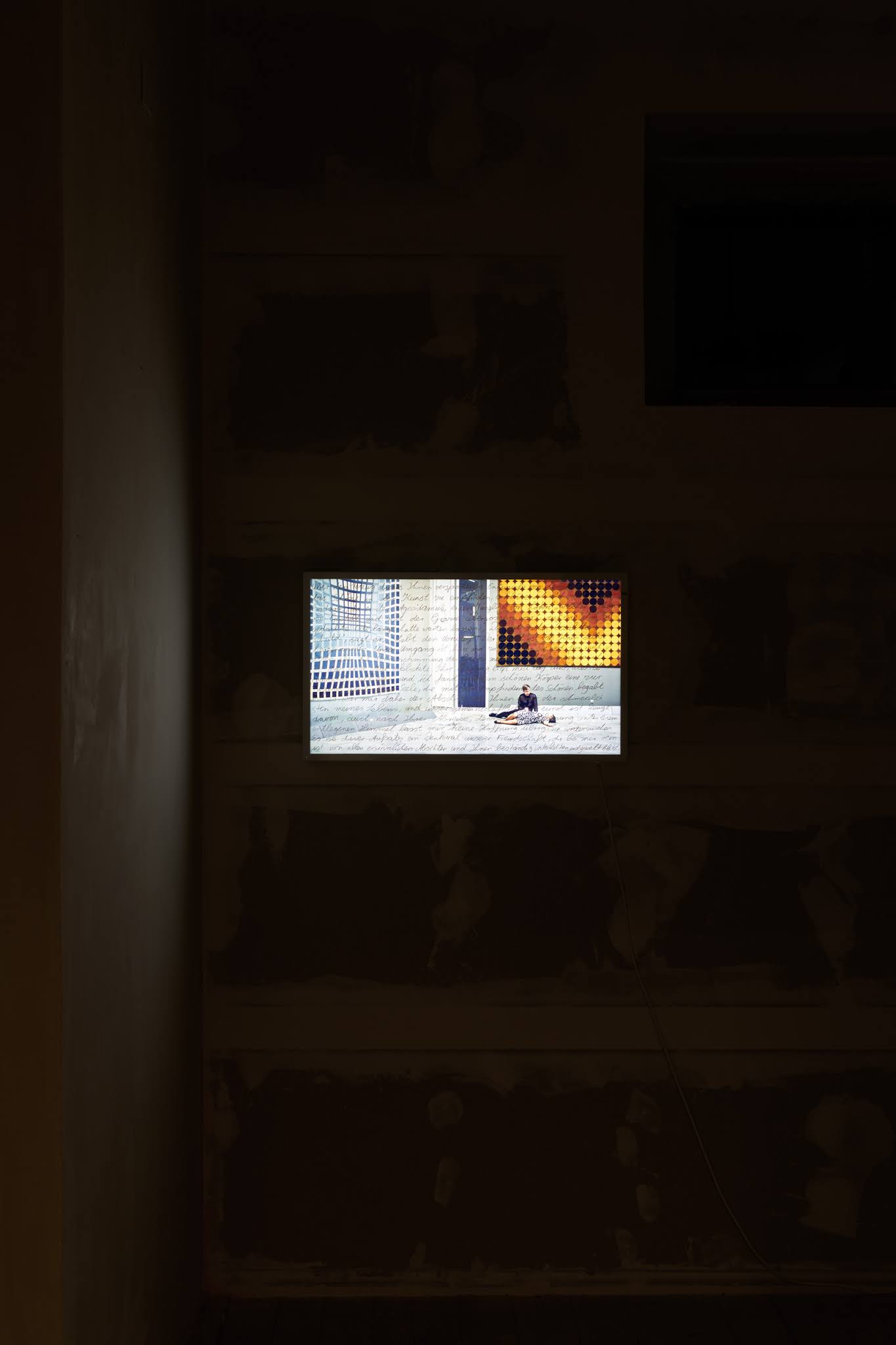 Photo: Maximilian Anelli-Monti
If one follows Lu Märten, a feminist writer and theorist, who started publishing articles on socialism, literature, land reform, women’s rights and art in 1902, it is the provision of art history to assemble an ever-expanding gallery of losses. It catalogues a history of forms lost for life. Philipp Gufler’s work, for all its ancestral halls, all its symbolic ovations and all its historical reference points, does no such thing. Ever. Rather, he reintroduces lives in art, isolating and intensifying pleasure points that did cross paths with art’s modern history but did withhold allegiance. For a very simple reason: “The complex body-fantasy is capable of much higher differentiation to the point of sophistry than positive art and humanities would have us believe to this day ... and not only the future of art and philosophy depends on whether we finally come down to it.”1 These are the words of Peter Gorsen, one of Gufler’s subjects, written in an essay on art he contributed to Armand Mergen’s “Sexualforschung. Stichwort und Bild”, published in Hamburg in 1962, with the support of Germany’s most influential sexual scientist, Hans Giese. The lexicon was a reworked version of the “Bilderlexikon der Erotik” that the Institute for Sexual Science in Vienna had brought out in ten volumes in the 1930s. One of its convictions had been to sideline the normalizing effects of psychoanalysis and counter them with a general pathology of pleasures. In distancing the field of sexuality from its (re)productive societal functions, and laying out a panorama of dysfunctionality in word and image, these two visual encyclopedias offered nothing less than an anthropological reorientation: the techniques, materials and appendages of a labor against reproduction. A labor of self-endangerment. A labor of desire. One could say that Philipp Gufler continues this work.
Gufler’s pieces in that sense are obituaries of living desires that stage a labor-history of pleasure. He invites subjects into it whose investment with artistic labor starts from what Giese calls “a partner-like relationship to oneself”2, at once a relation of alienation and communion. Gufler assembles these tipping points of metamorphosis of industrial illegibility. His mirroring metal sculptures, elementary forms, silkscreened with color palettes, perform an uncannily symbolic role within this scenario. They appear like blanks, windows, opened for pleasures yet unarticulated. Most of them seem to suggest a possible use value, future trays and mirrors of interiors populated by … us? An offer of consumption. Victor Vasarely, whose moldering museum in Aix-en-Provence served as the stage for Gufler’s film “The Responsive Body”, another one of Gufler’s subjects, offered just that in order to locate its excess within the beholder, “exceeding the optical adaptation limits" in which "the required vision becomes the sensation of pain"3. The pain of interrupted self-regeneration here is externalized into the public sphere. And it is pain in its changing forms which Gufler takes seriously as artistic form, exchanging narrations of tormented interiorities, with those of a “partner-like relationship to oneself” within a world of perversion. As Henri Nouveau, the person Giese addresses here without ever naming him, in one of his diary entries “after thirty years of permanent self-analysis and observation”, resumes: “it would be incorrect to call my life wrong, because it is based on irreal ideas; wrong was only that I was looking for reality, desired fulfillment.“4 The deadly hardship of feeling an unmodern life amidst modernity’s triumphal rage—Nouveau wrote this on January 13th 1945—finds itself in the tiniest corner, immersed in a labor of self-invigoration and -consumption. But these are the niches that Gufler opens up anew, that he turns into sequential halls, that he refuses to surrender to the reified exceptionalisms of art history. And here, Märten returns. Her major work “Wesen und Veränderung der Formen / Künste” of 1924 was dedicated studying to “the origin of forms — today called art — (and it) shows that there were no art conceptions and ideas in these beginnings. The forms originate from important life purposes; they are means to achieve them. Their primitive as well as their consummated type comes from a common source – labor.”5 The labor Gufler presents is that of “Autoerotismus”, a labor up for expansion, for communizations, for desires shared as forms of a life that does to offer a utopian outlook, but a “much higher differentiation to the point of sophistry”, a life of forms prepared to redirect its external relations, open to “register: what a spook the day brings…"6
Text by Kerstin StakemeierPhilipp Gufler (*1989, Germany) lives in Amsterdam and has been a member of the Forum Queeres Archiv München since 2013. Gufler studied at the Academy of Fine Arts in Munich and was resident at De Ateliers in Amsterdam and the Skowhegan School of Painting and Sculpture in Maine, USA. He presented solo exhibitions, among others in the Kunstverein Göttingen (2016), Galerie Françoise Heitsch in Munich (2014, 2016, 2019), Galerie BQ Berlin (2017, 2019, 2020) and at Marwan, Amsterdam (2019). His work has been exhibited in the following group exhibitions: Andere Geschiedenes volgens Dirkje Kuik en Philipp Gufler in the Centraal Museum, Utrecht (2020), love and ethnology in the Haus der Kulturen der Welt, Berlin (2019), Maskulinitäten at Kunstverein Düsseldorf (2019), Paranoid House in the Vleeshal, Middelburg (2018), Bei Cosy at Rongwrong, Amsterdam (2017), Favoriten III in the Lenbachhaus Munich (2016) and Videonale.15 in the Kunstmuseum Bonn (2015).
Tags Kevin Space, Philipp Gufler, Wien
Newer Post Older Post Home