Bahnhofstrasse at [or nothing] / Munchenstein 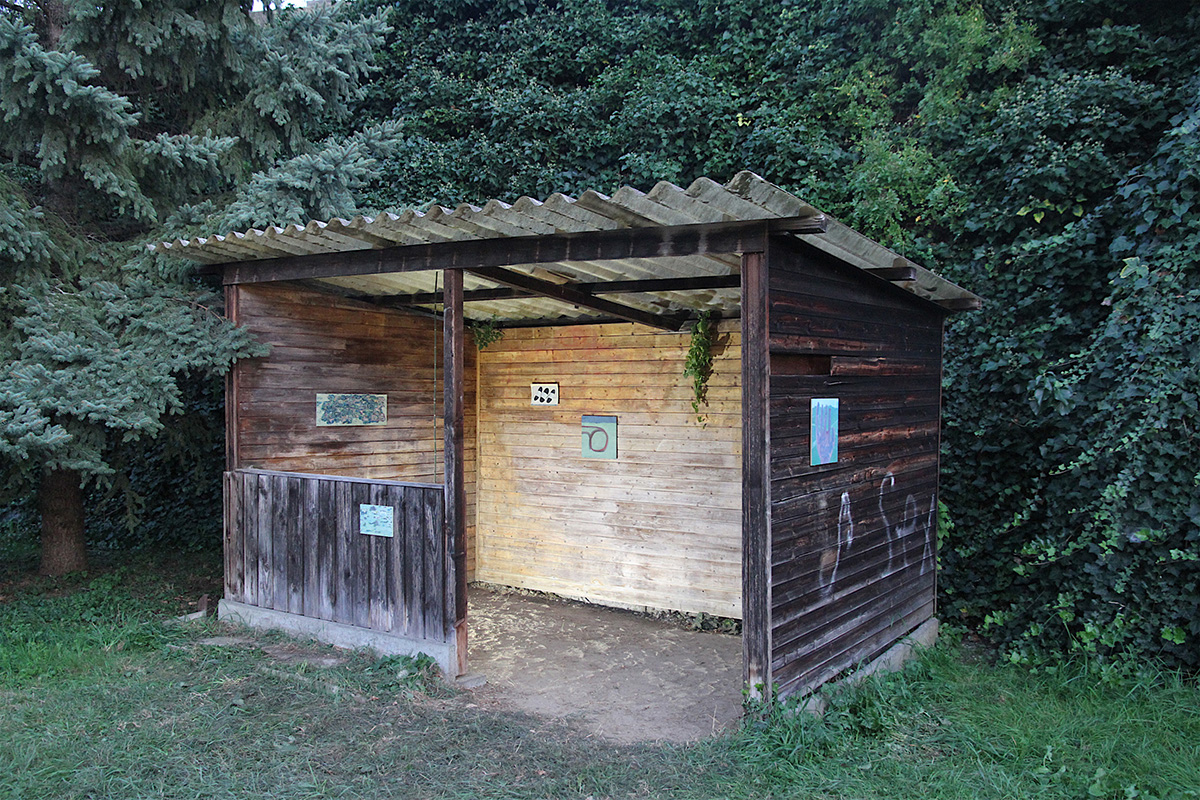 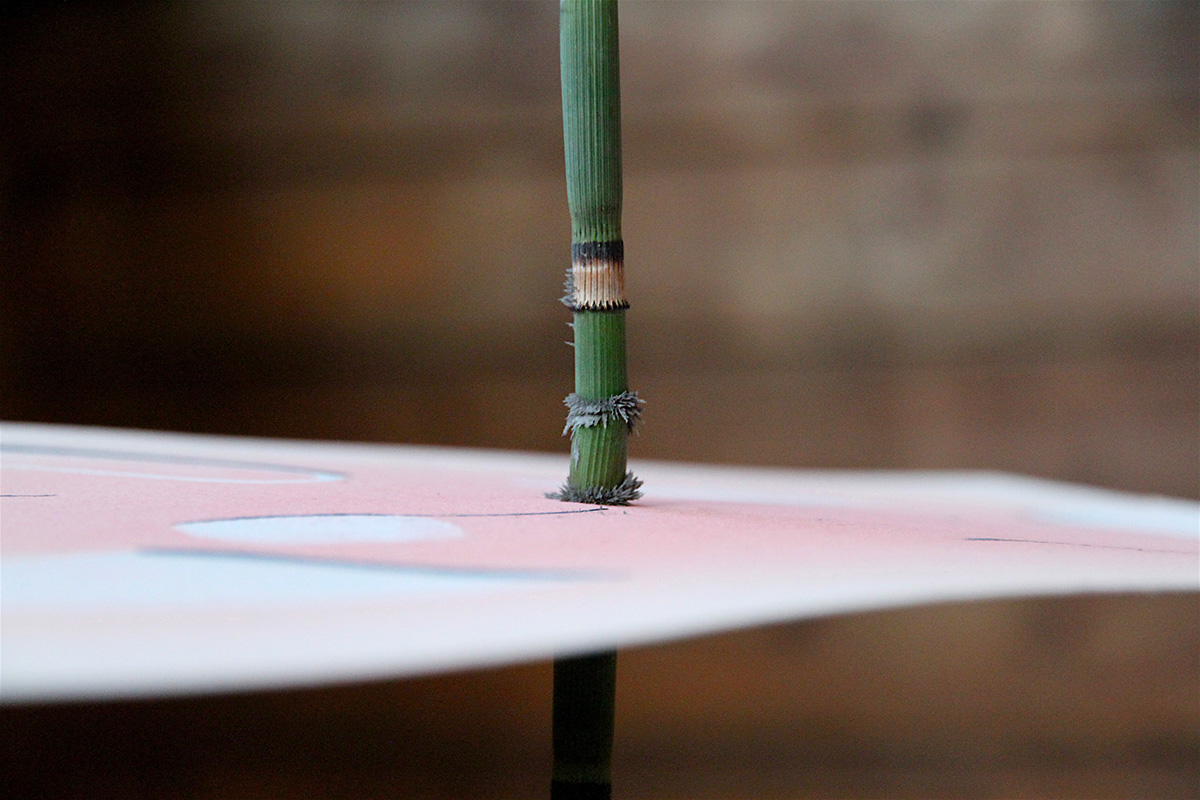 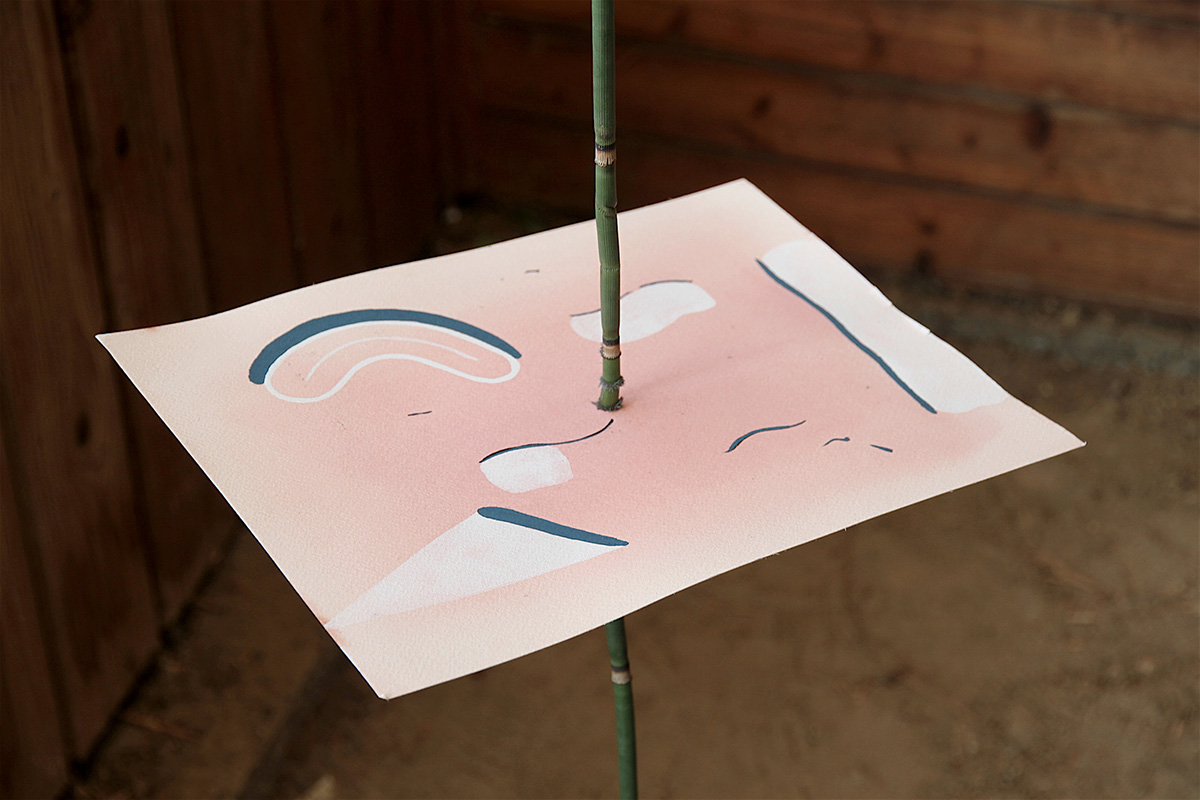 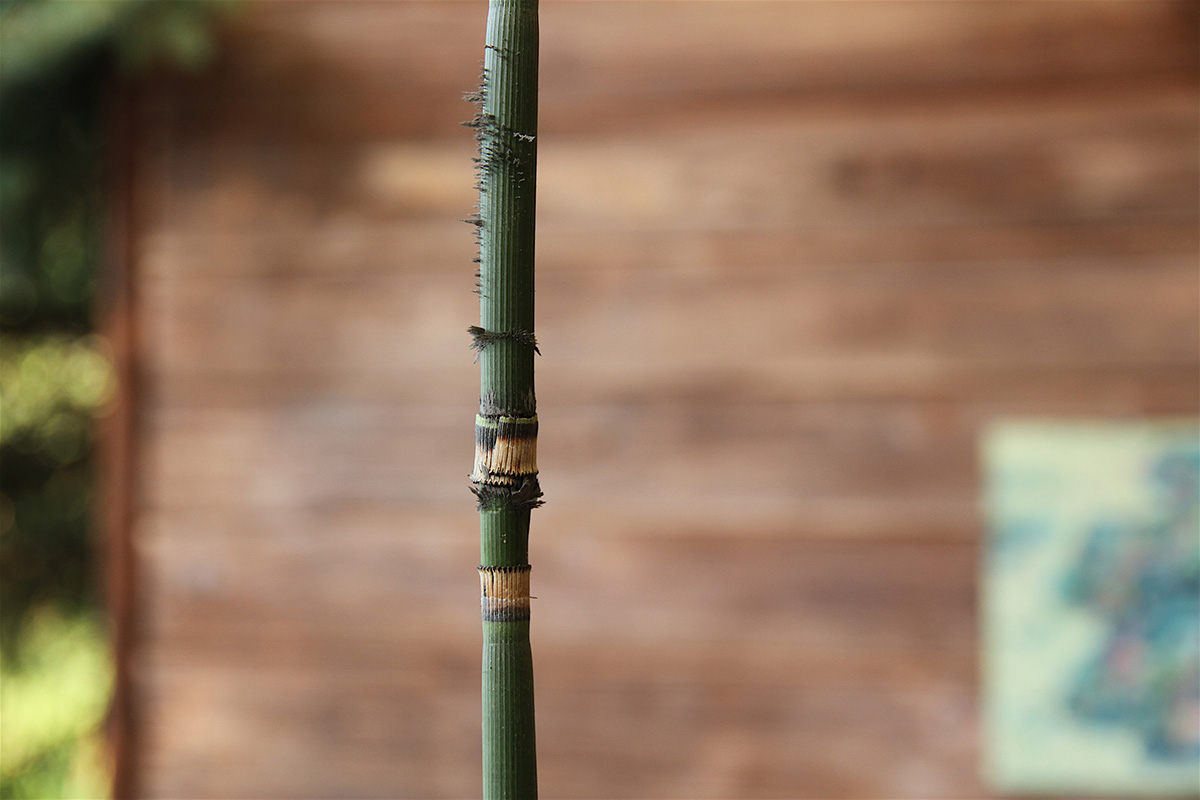 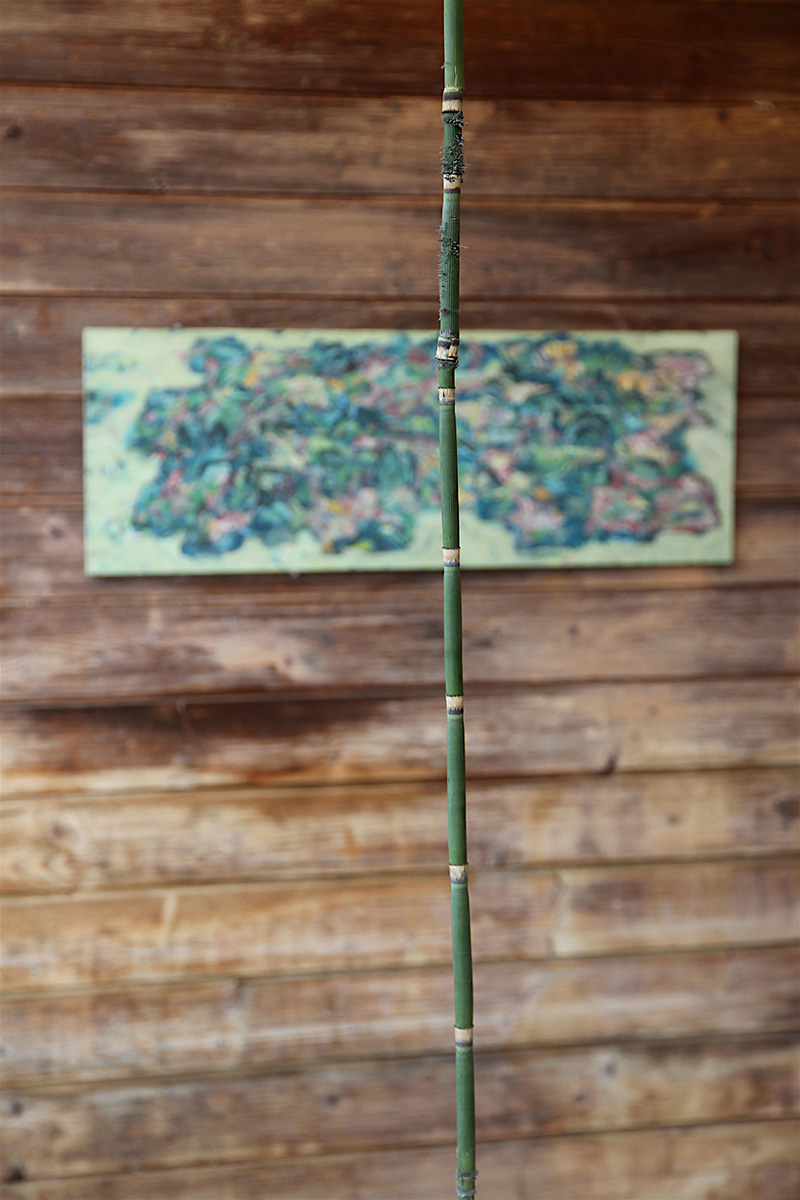 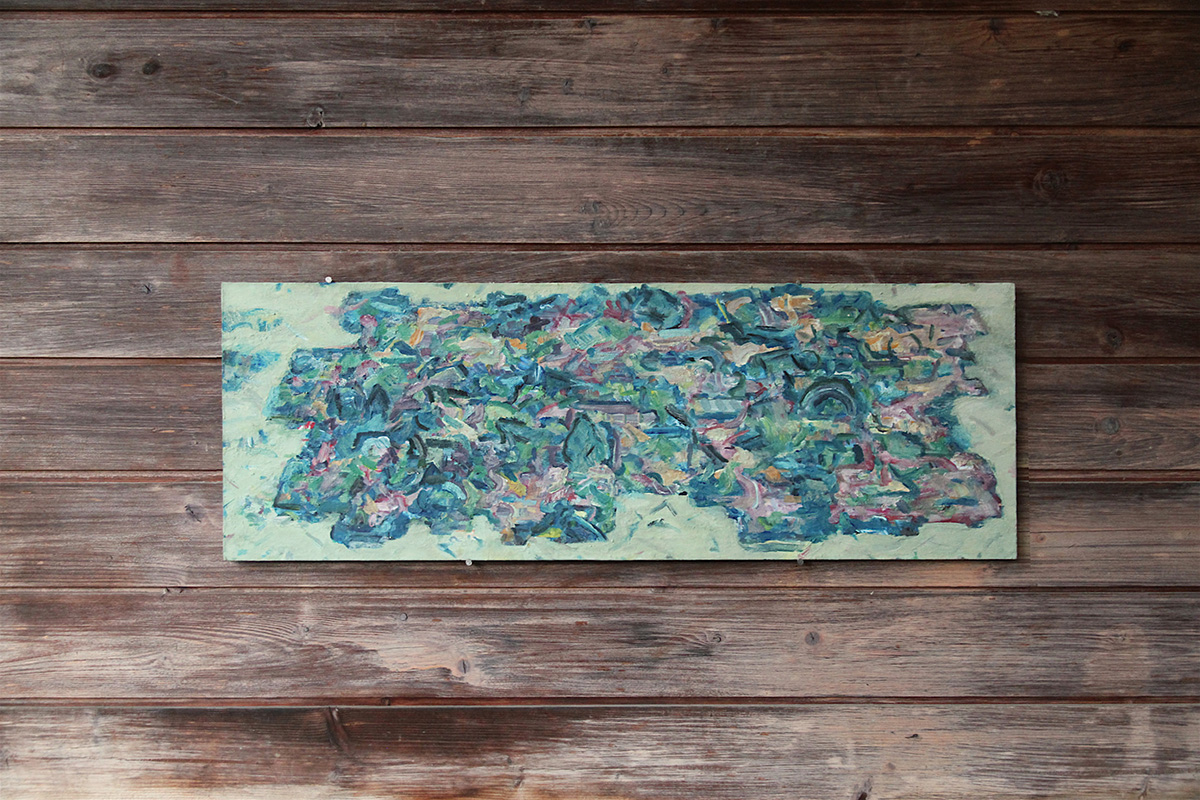 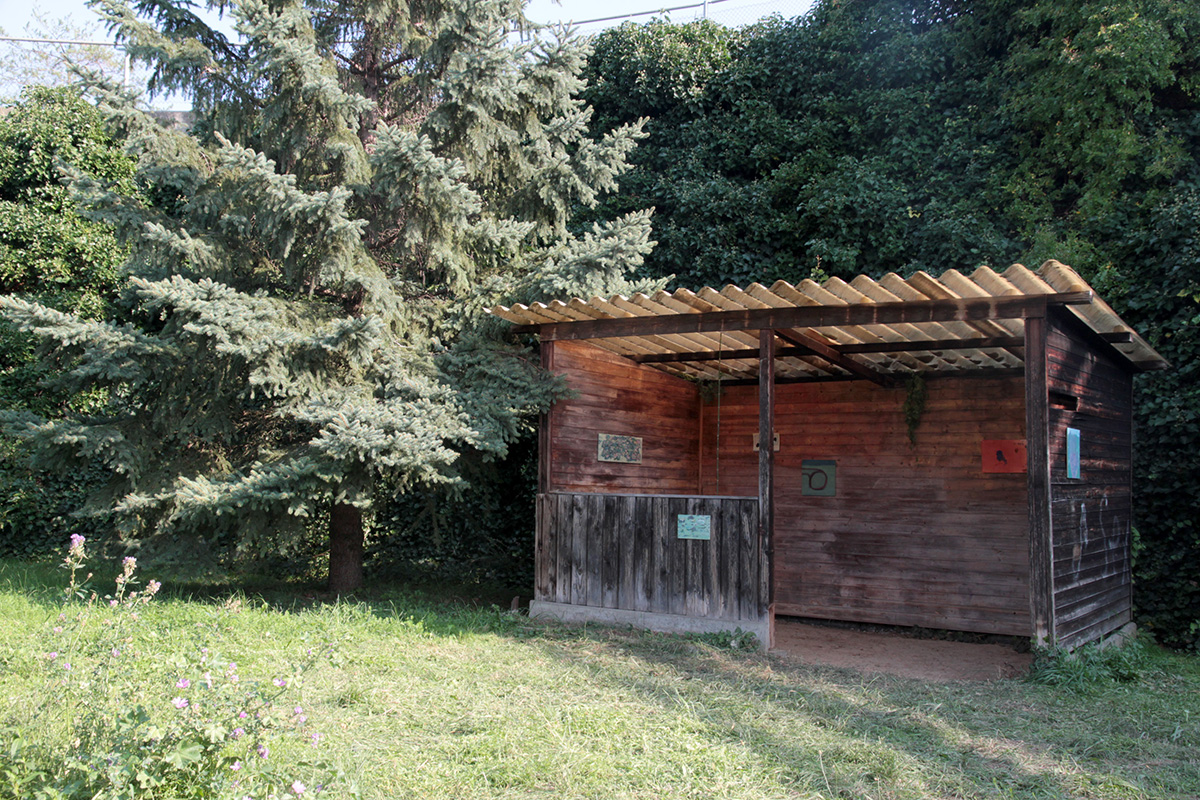 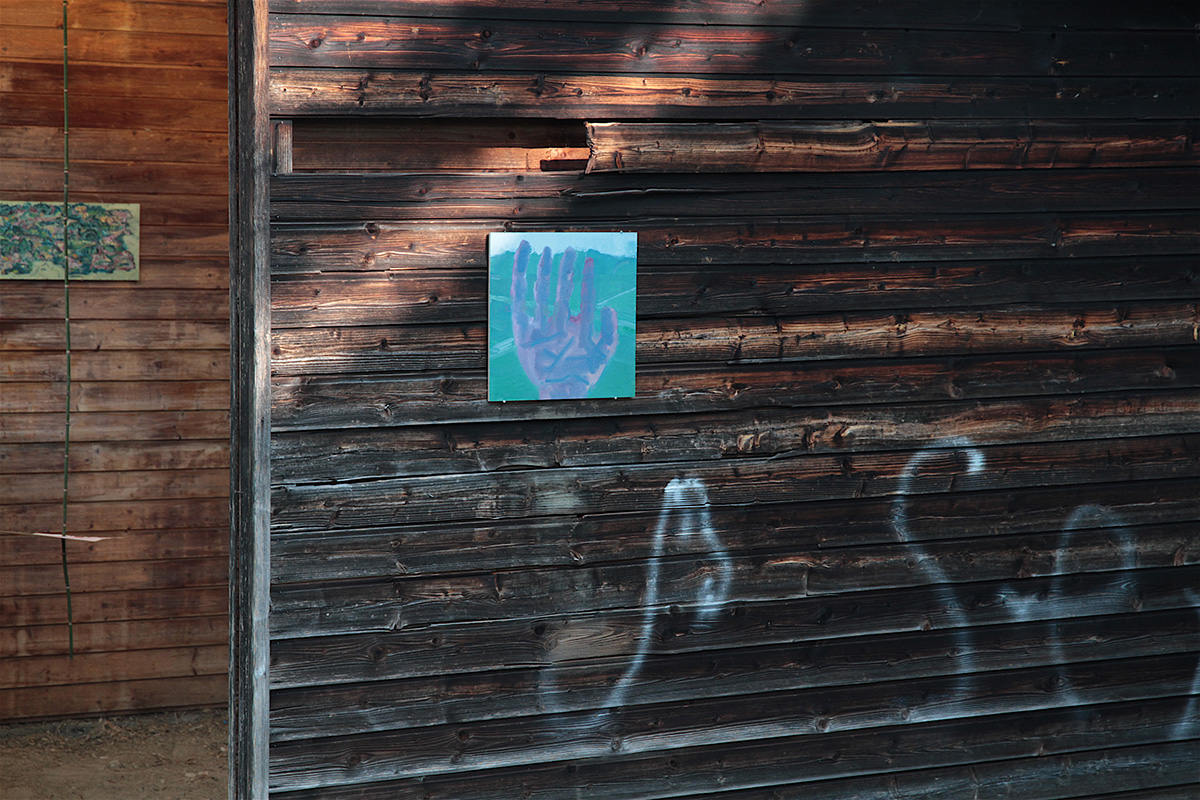 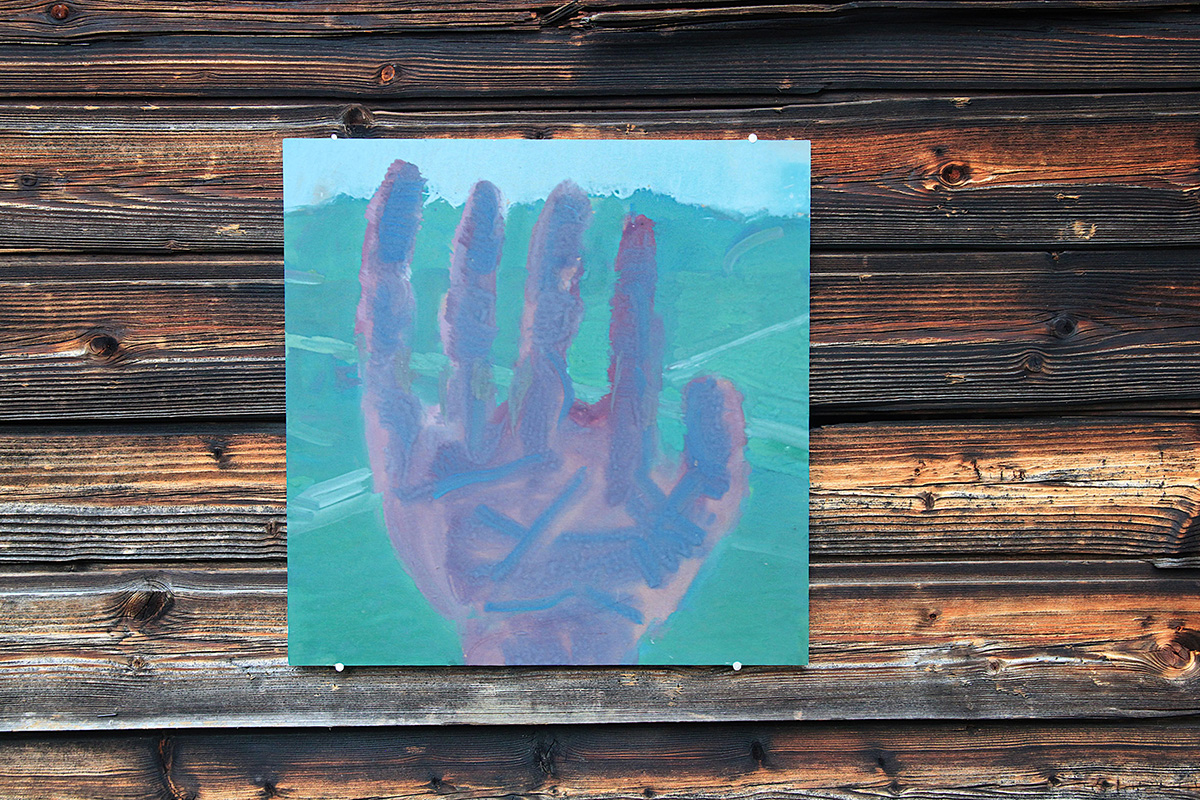 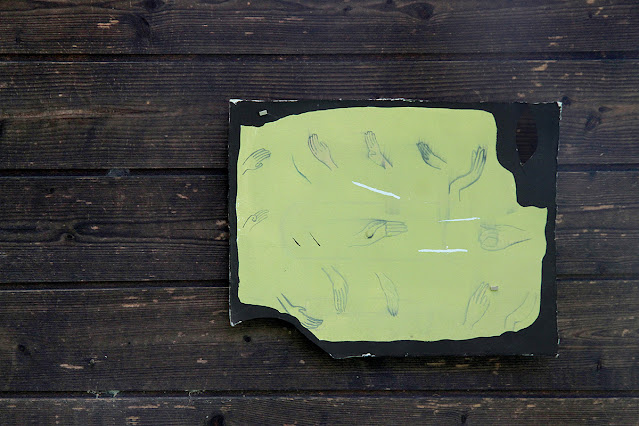 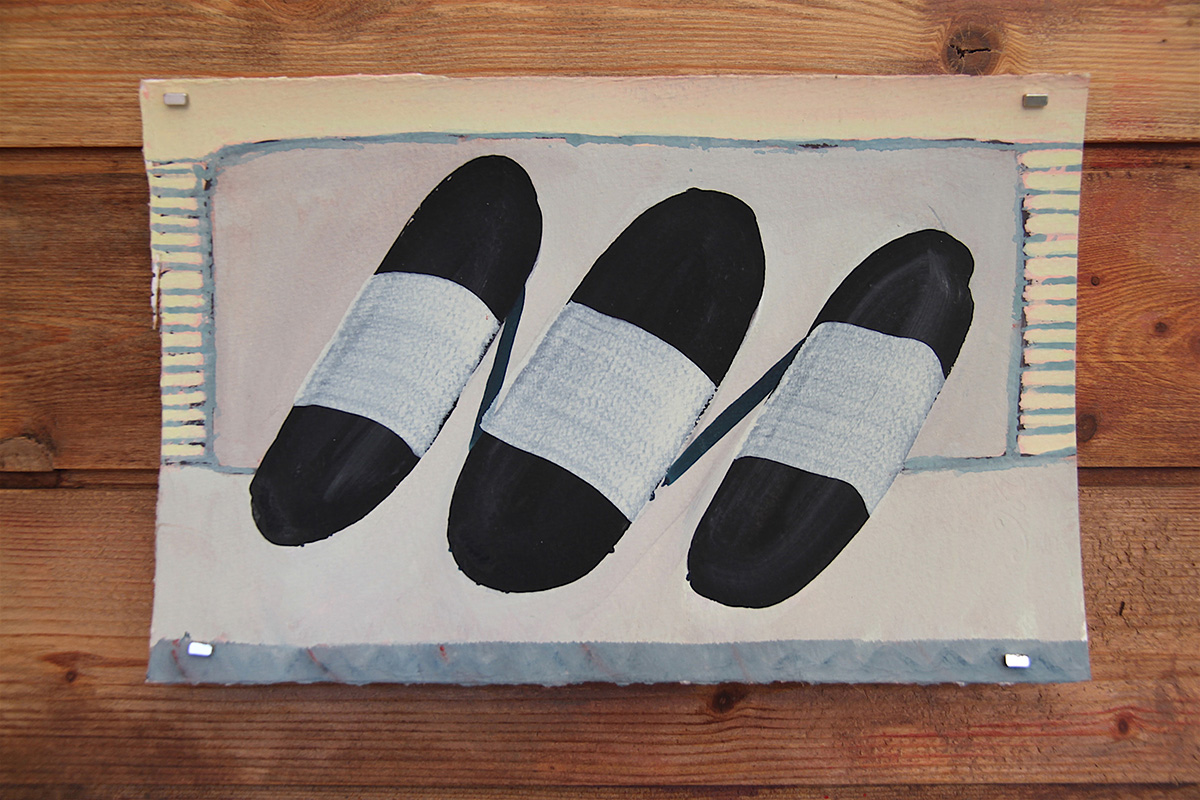 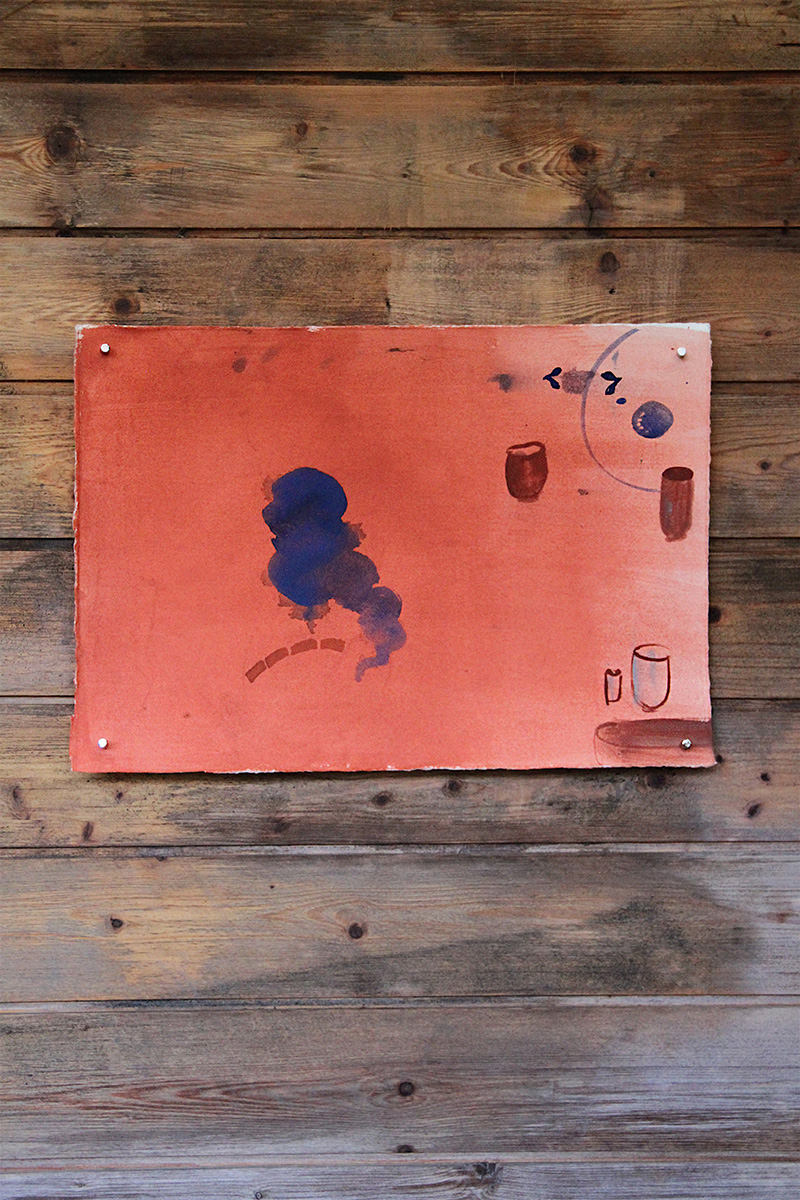 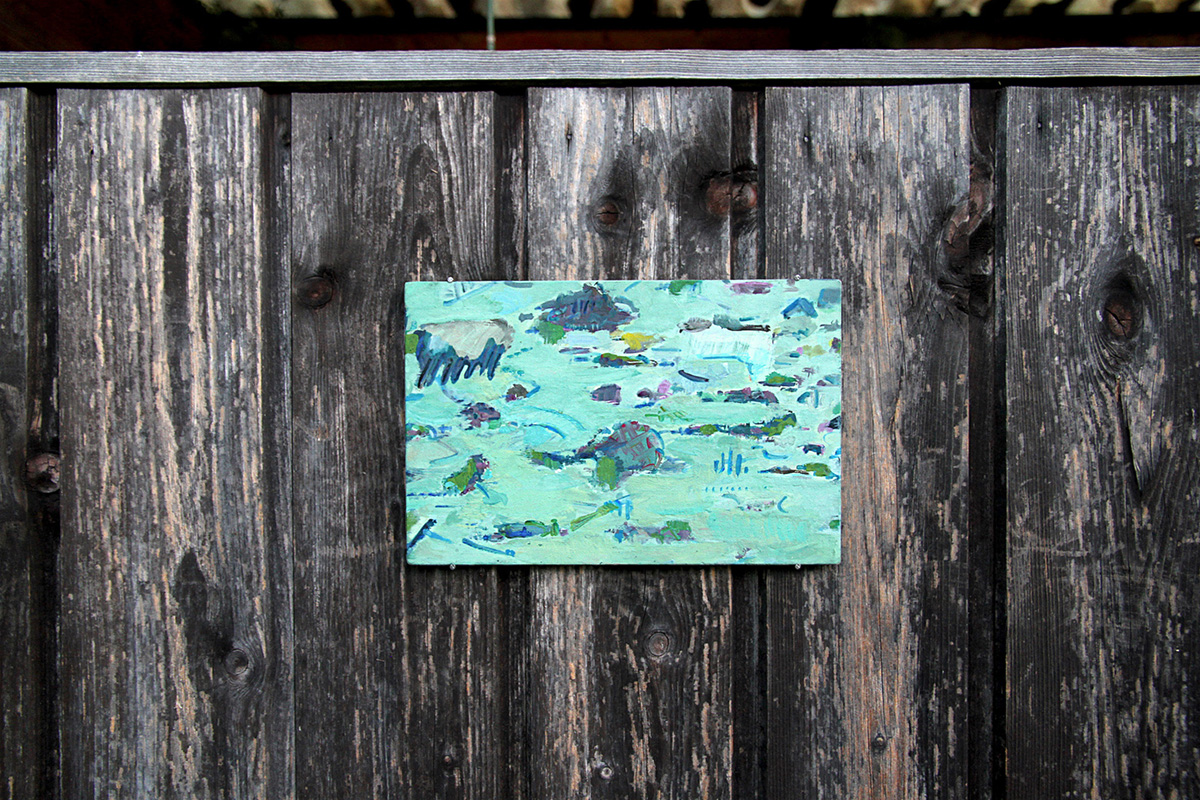 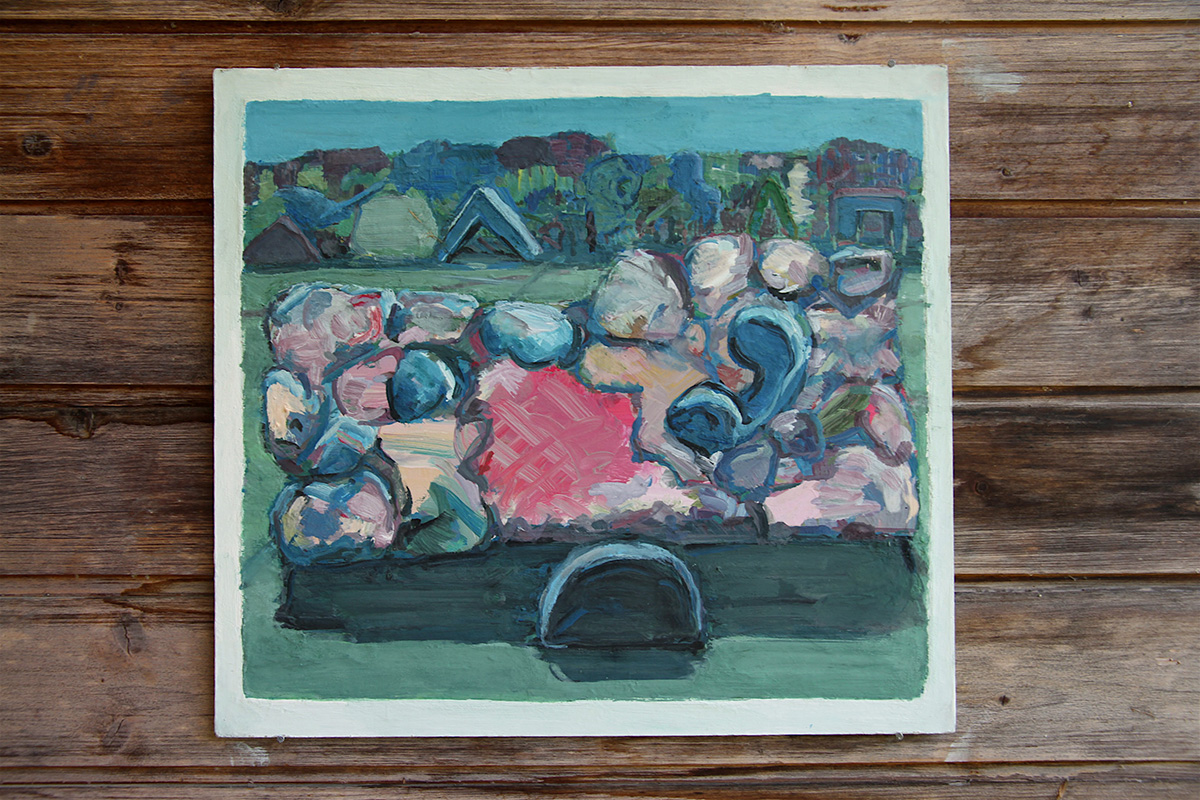 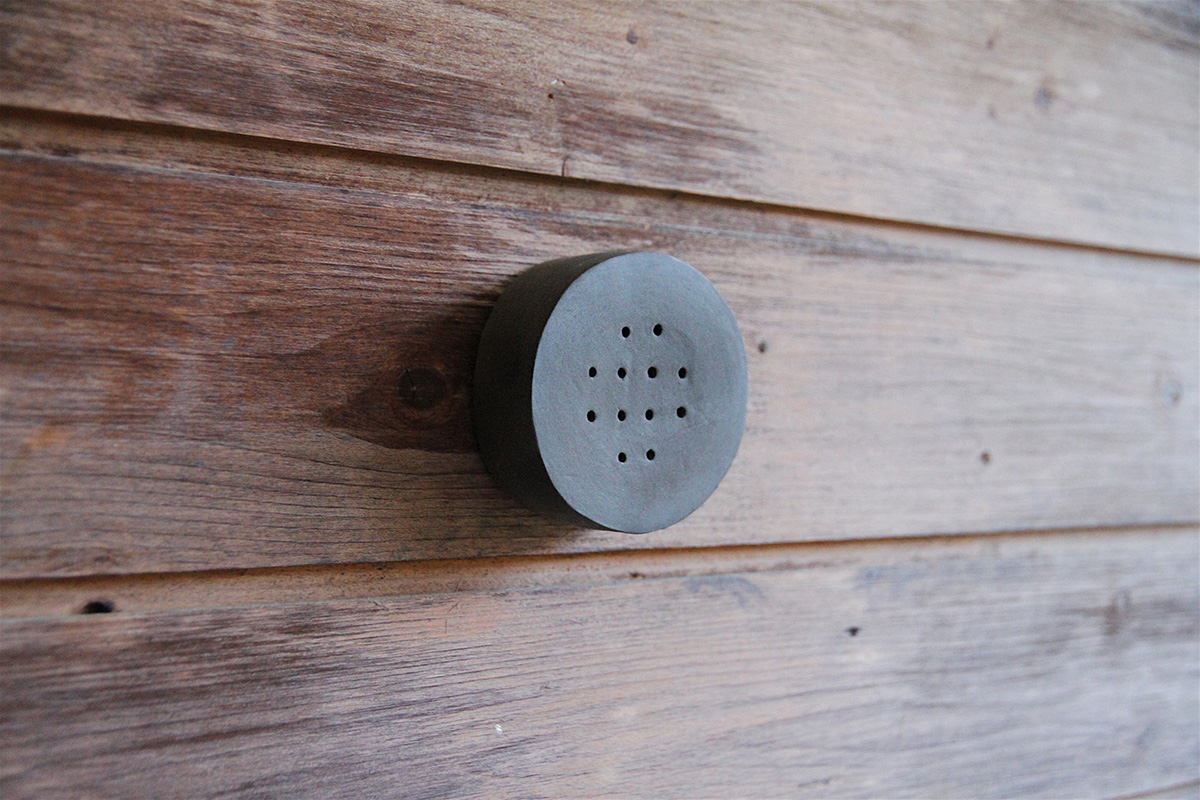 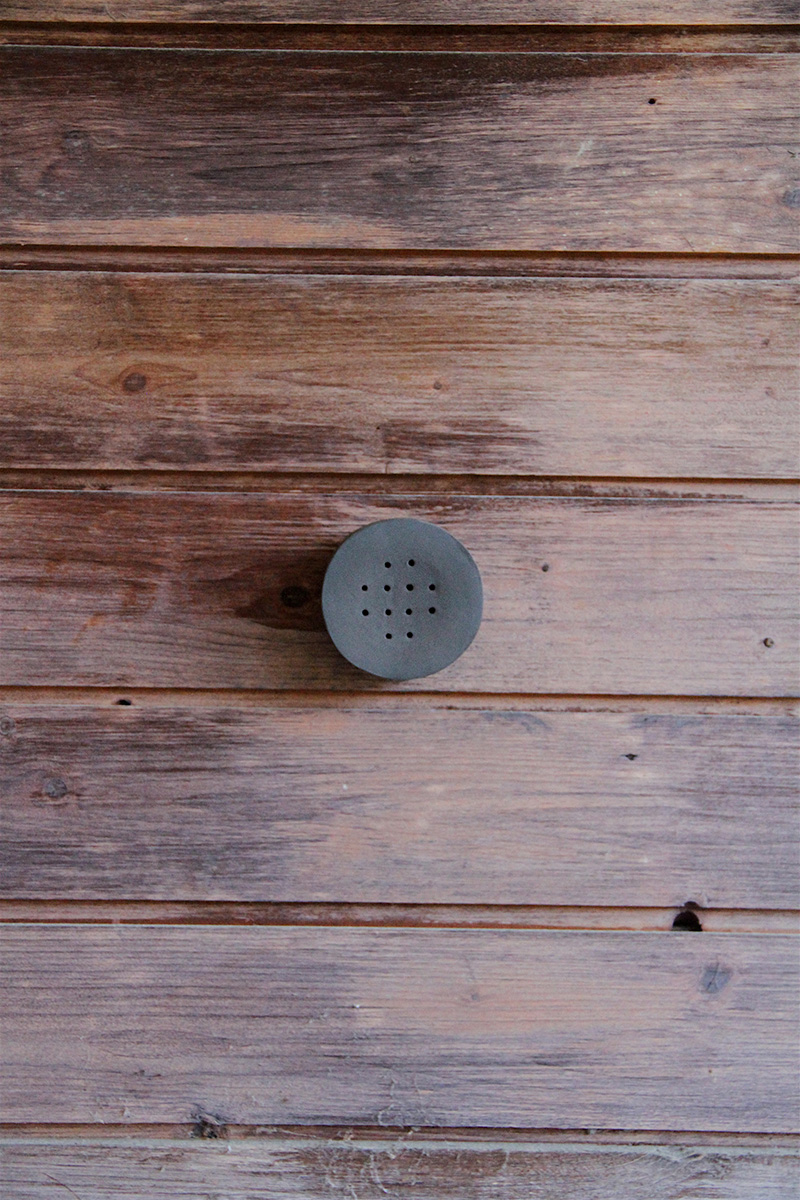 The exhibition „Bahnhofstrasse“ brings together the works of Maude Léonard-Contant (*1979 Montréal, lives and works in Basel) and Ernesto Sartori (*1982 Vicenza IT, lives and works in Brussels). Exploring the format of the cabinet in an abandoned woodshack next to a suburban railway station, the title of the show suggests a far more swanky location than the whole surrounding region could possibly offer. For the Bahnhofstrasse (engl. Railway station Street) is commonly known as Zurich’s main downtown street and one of the world's most expensive and exclusive shopping avenues - quite a contrast to the modest suburban charm of Münchenstein near Basel.
Yet for obvious technical reasons, the small alley passing by the shack bears the same name - Bahnhofstrasse. The only flagship store in sight is made of nailed pine wood. The outer wall was tagged with „Sex“ by an anonymous teenager. Right beside, the painting of a blurry hand reaches out for a greeting. Some other hands on a thin sheet of paper appear on the opposite site of the small building. Inside the cabin there are several „snacks“ waiting for the visitor, as Maude Léonard-Contant puts it. Snake grass seems to grow from underneath the roof, pinning a fine gouache by the Montréal Artist to its bottom end. Other gouaches on paper appear on the wall behind it. Semi-abstract forms speak again of the ductus of a hand, casting sign language in subtle colors. A handset made of clay does not call but its presence is whispering with the echoes of the other works.
Deconstructed architectures lure behind on a wooden plate, painted and nailed to the wall by Ernesto Sartori. Think of Mont Saint Victoire. A scout’s camp, another handset, blue. It is lying on a mattress, possibly made of hay. It’s all painting, condensed and warm.
[or nothing] is a curatorial collective by Louise Bernatowiez, Martin Chramosta, Richard Neyroud and Michela Sacchetto. [or nothing] is an invitation addressed to artists to conceive a project in a specific place