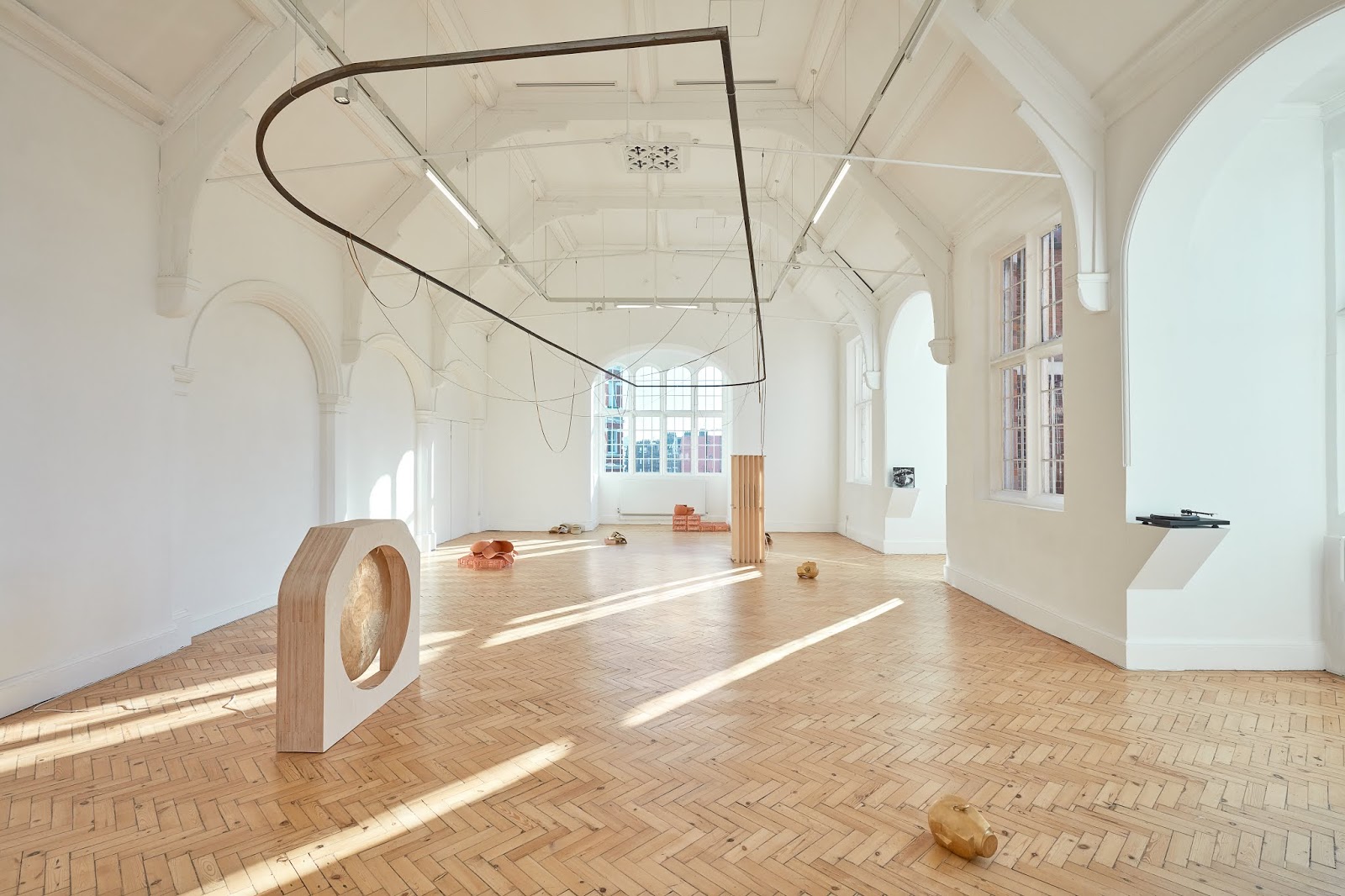 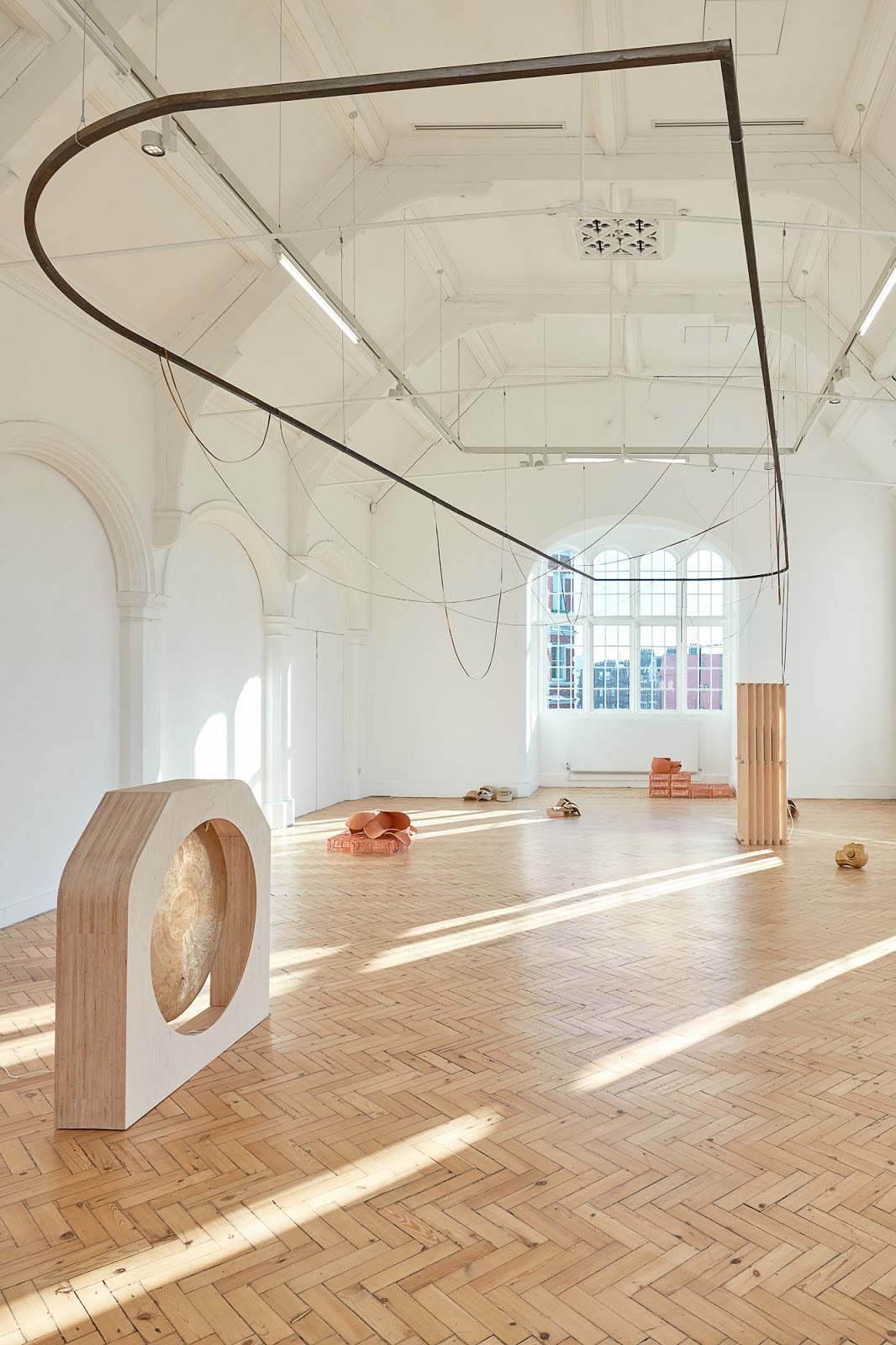 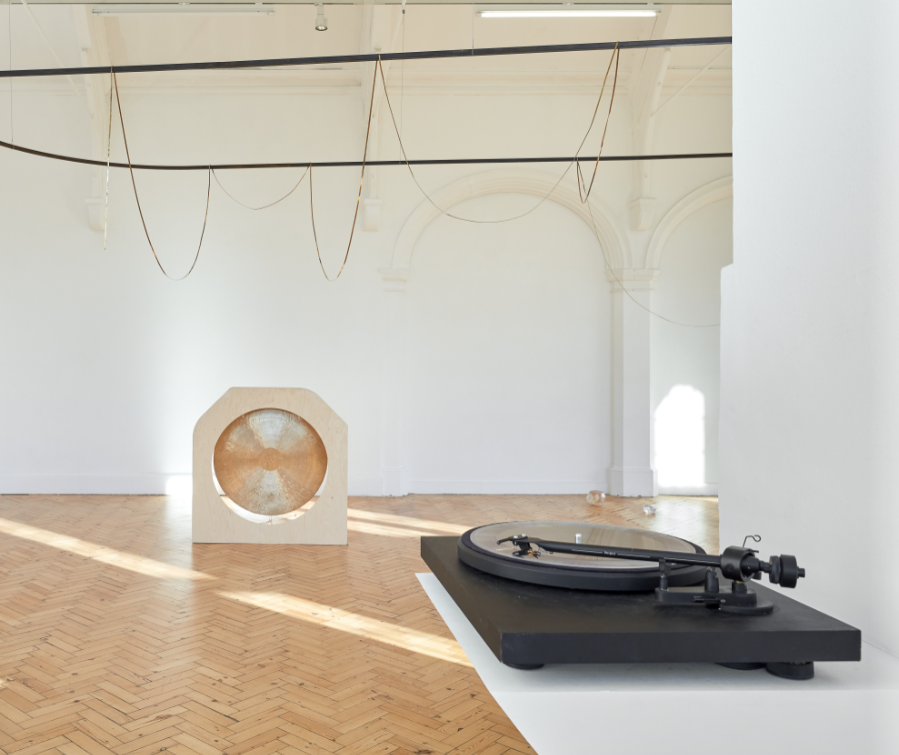 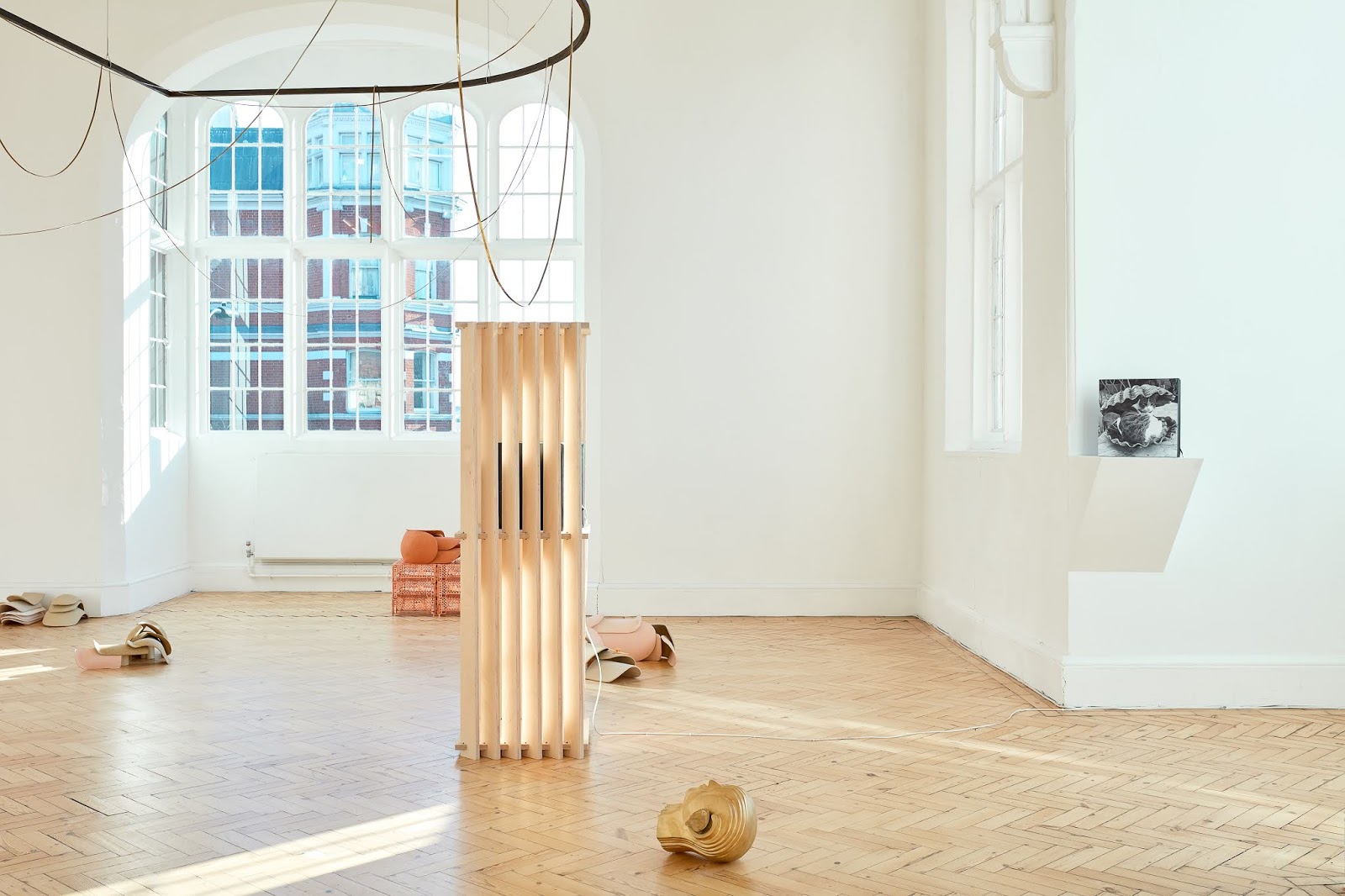 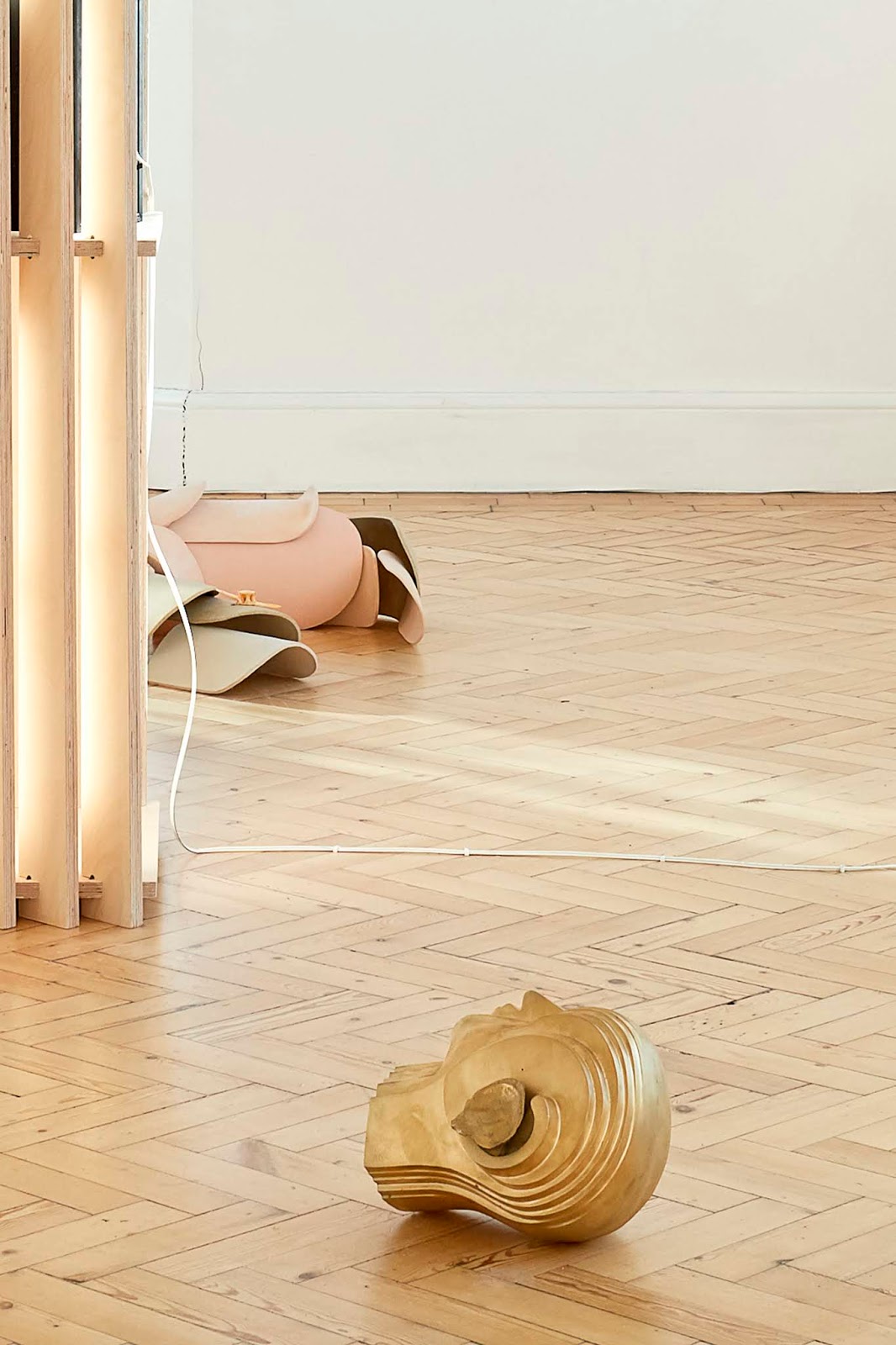 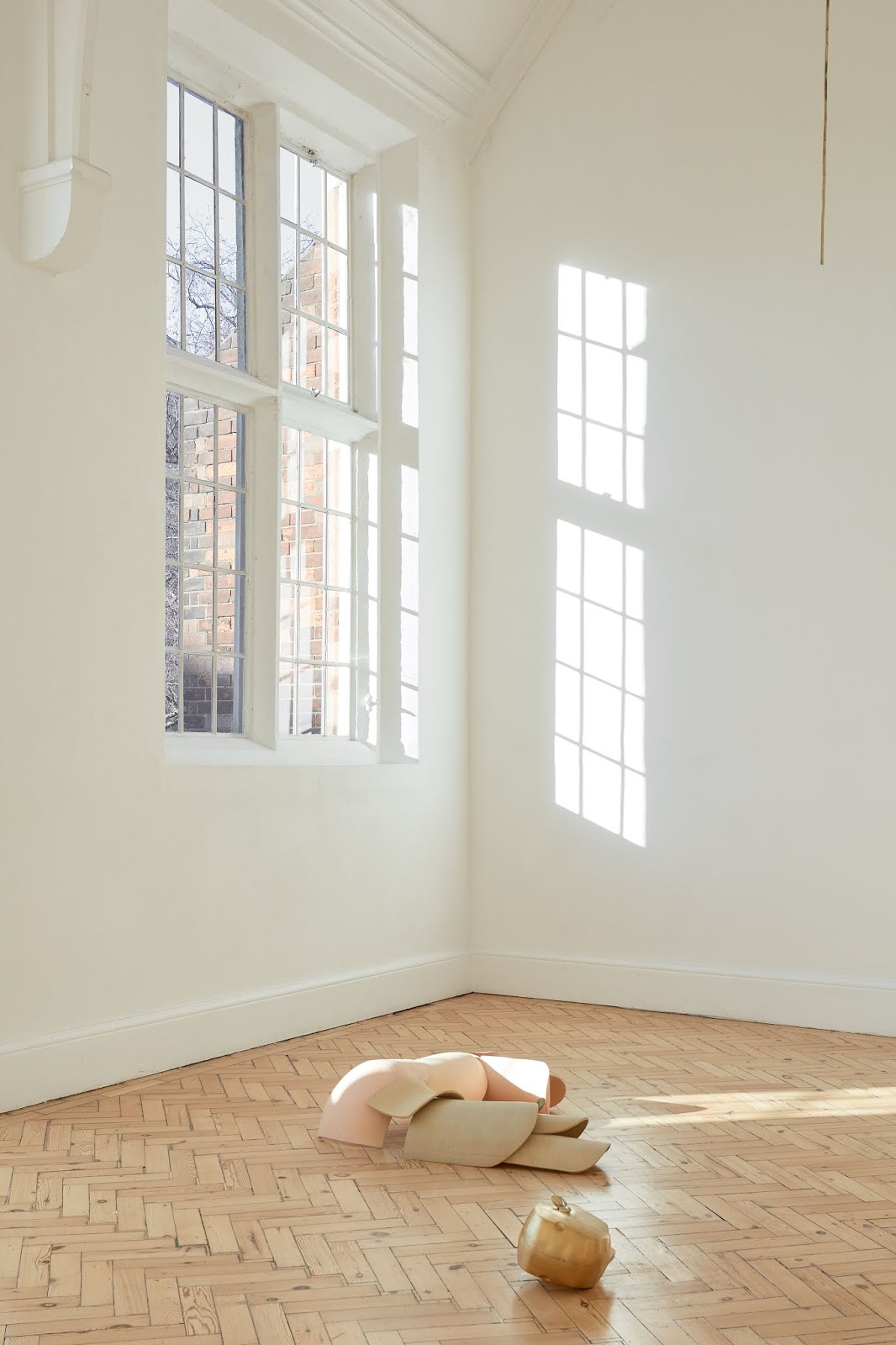 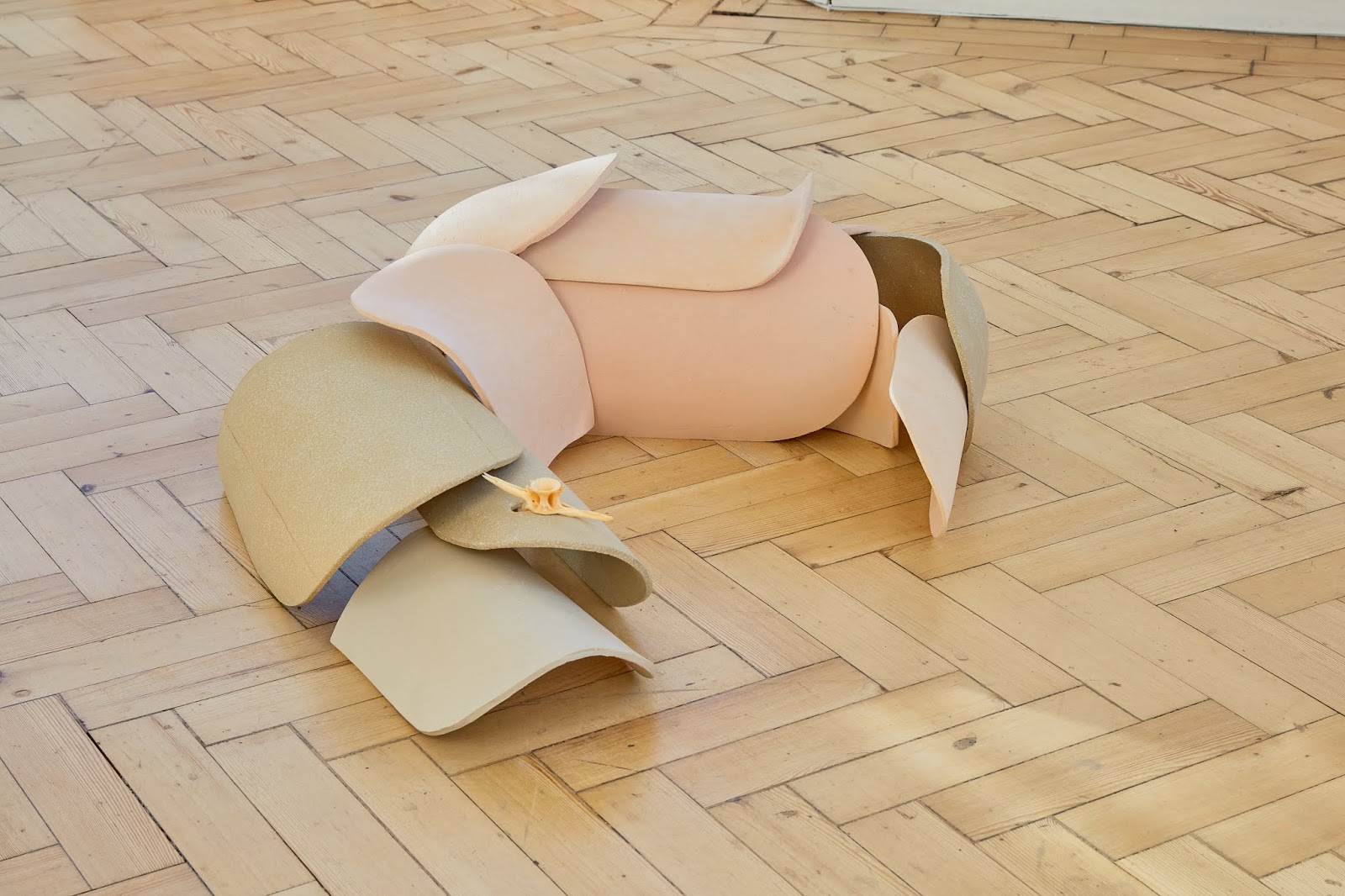 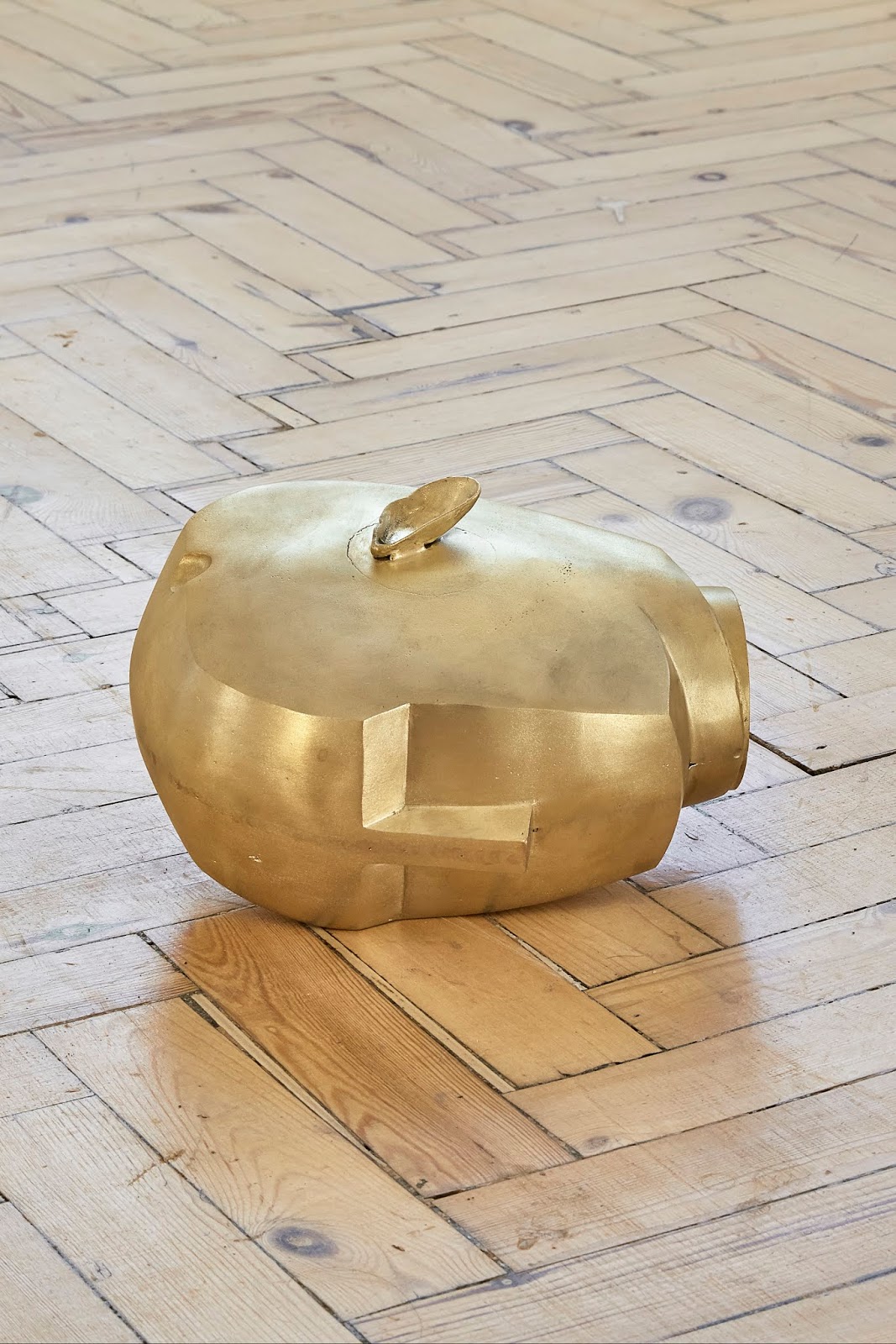 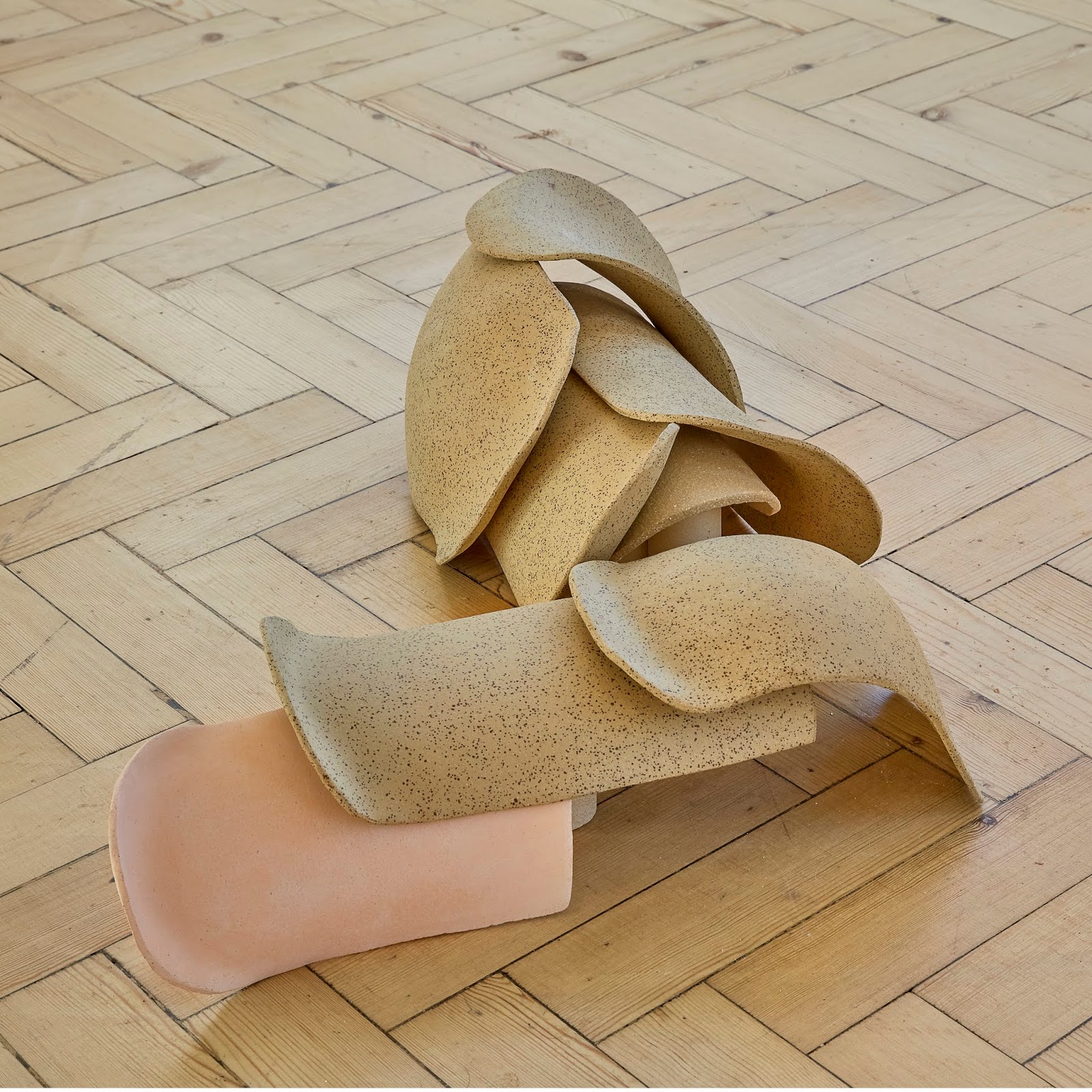 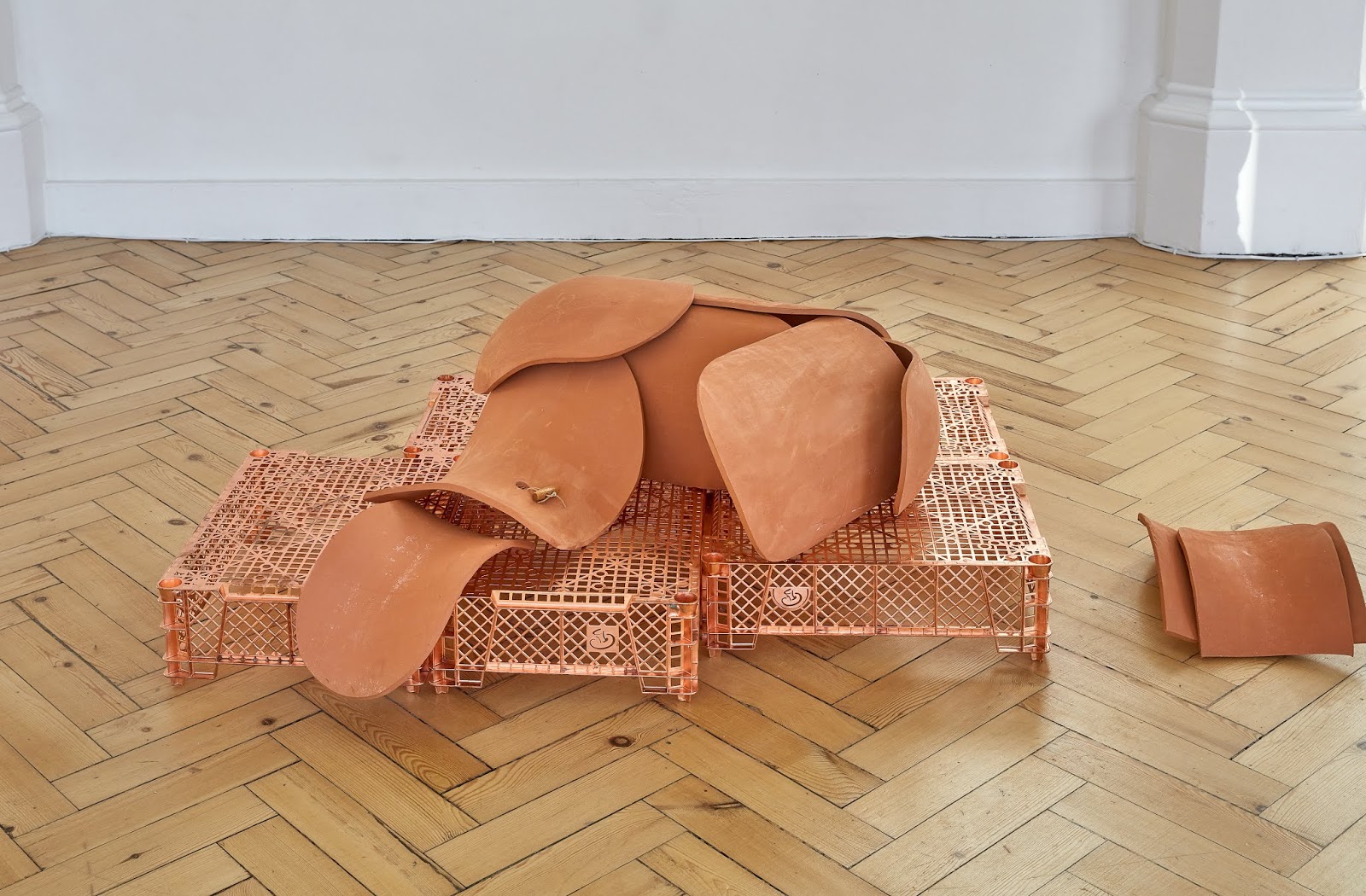 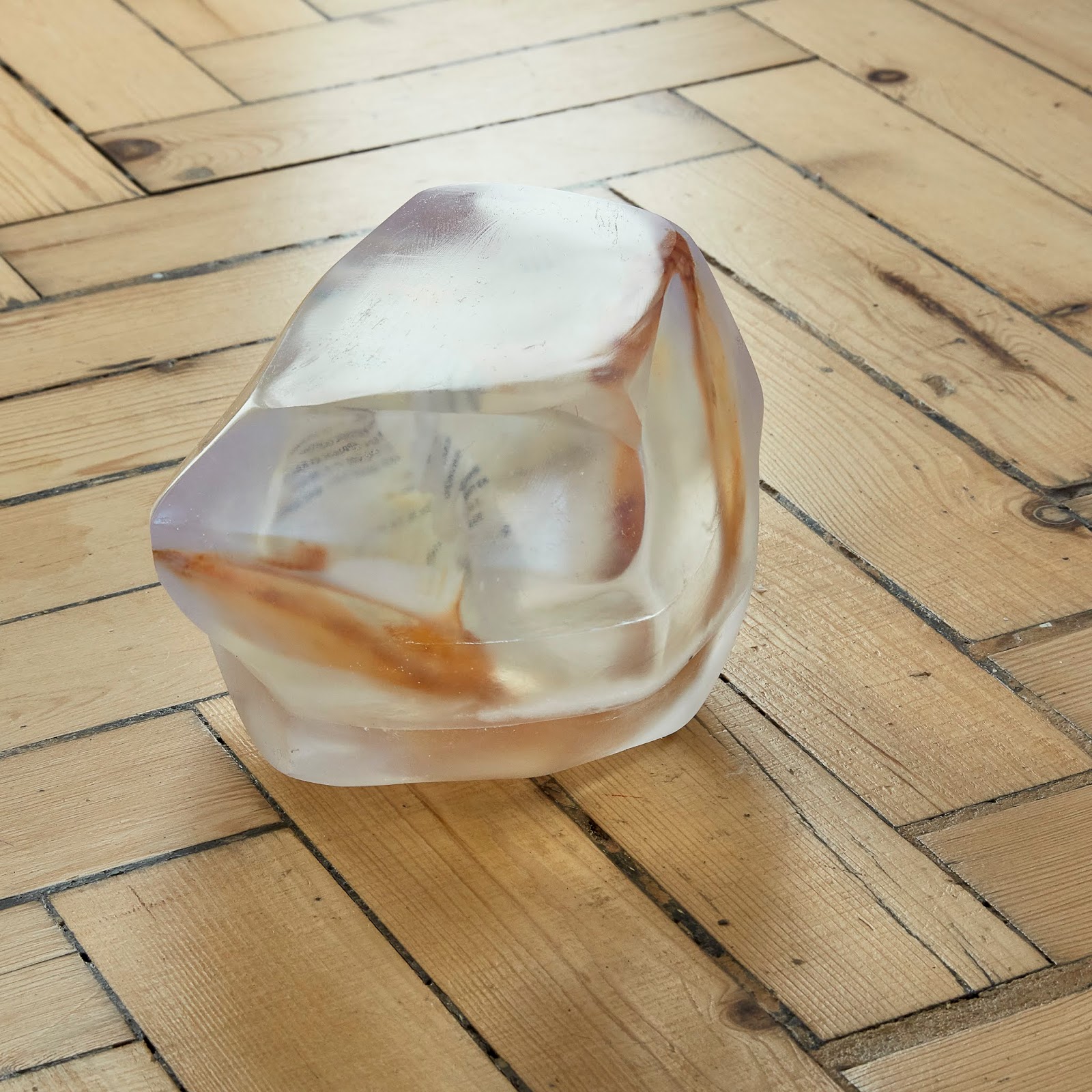 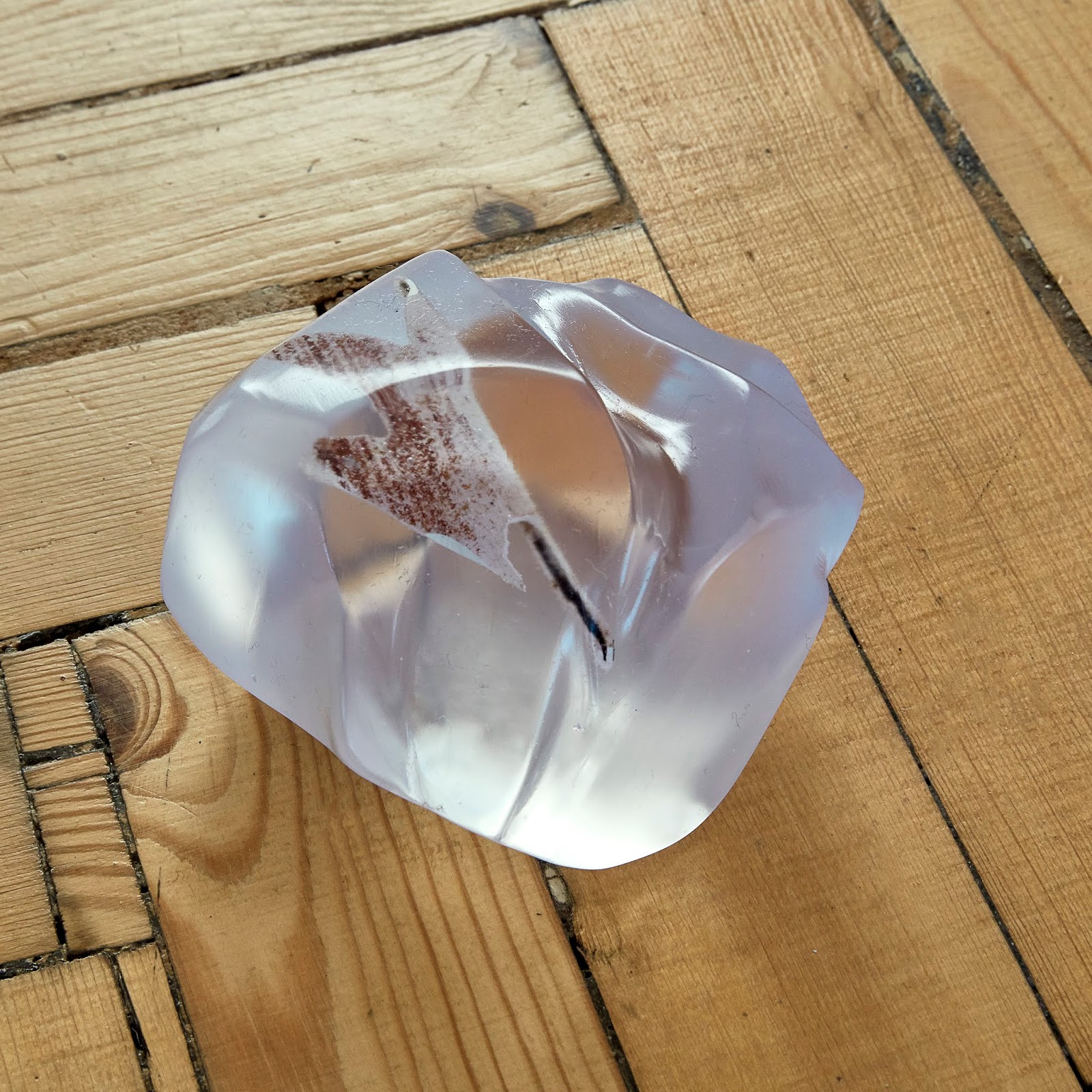 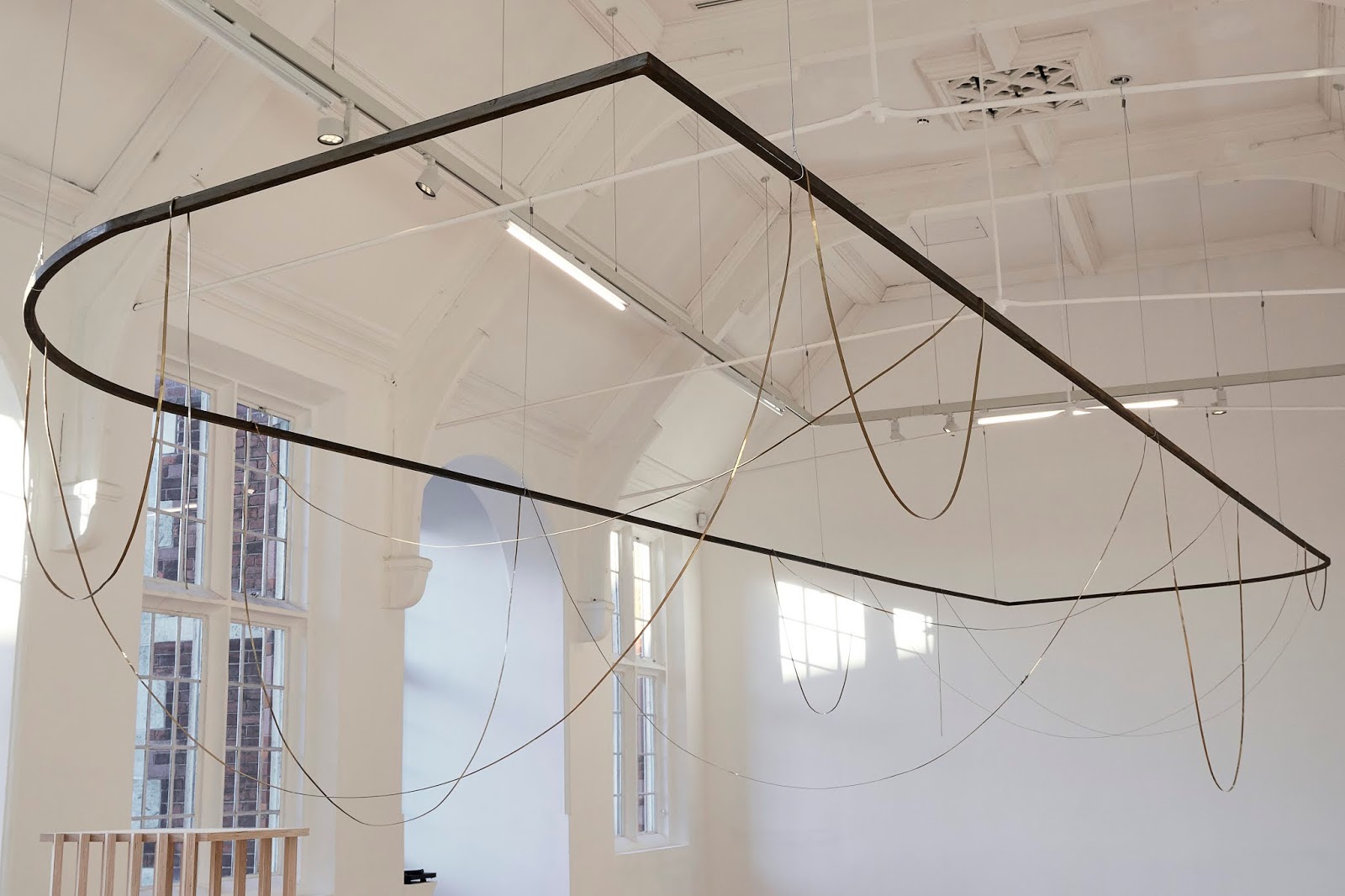 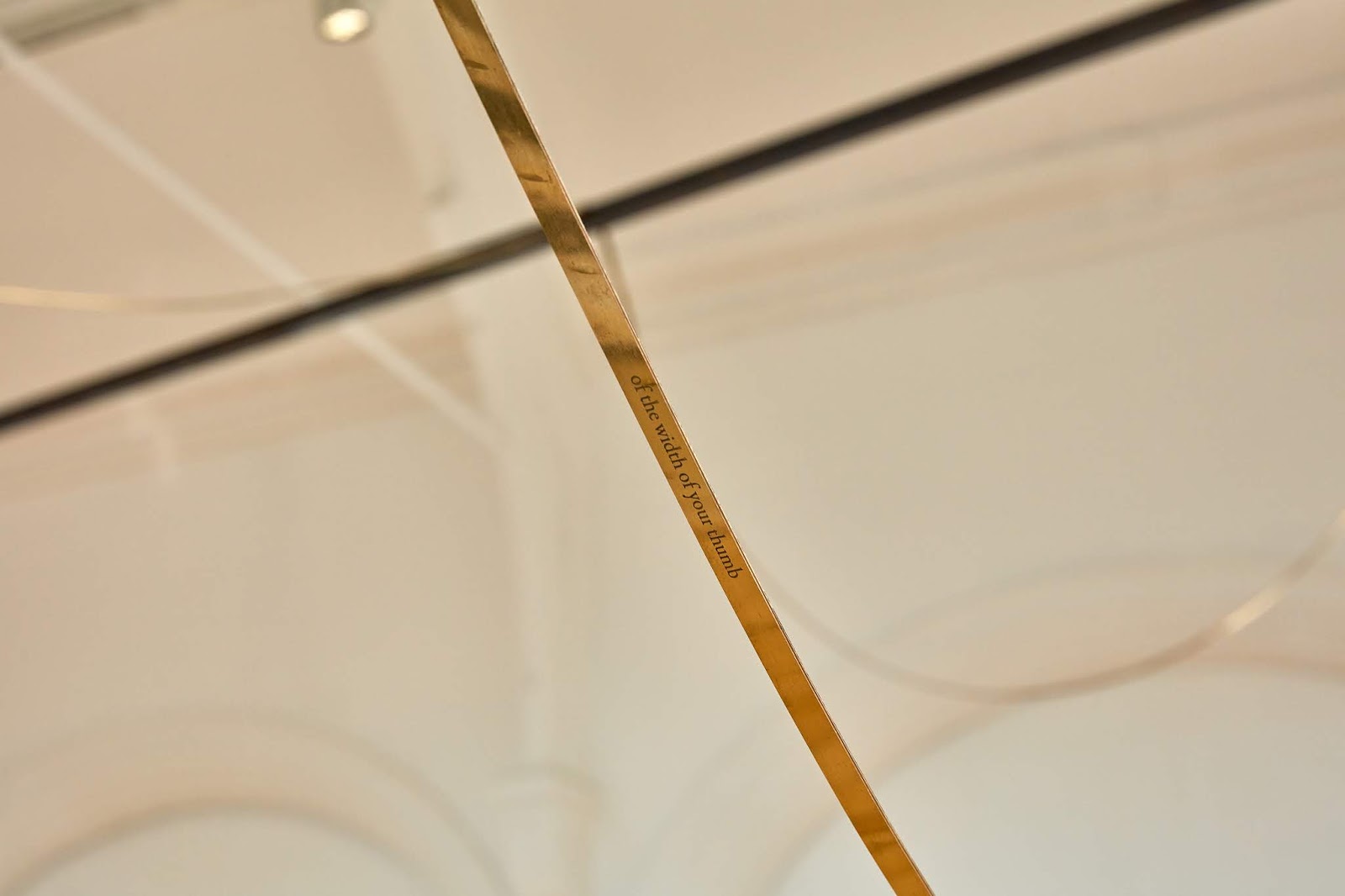 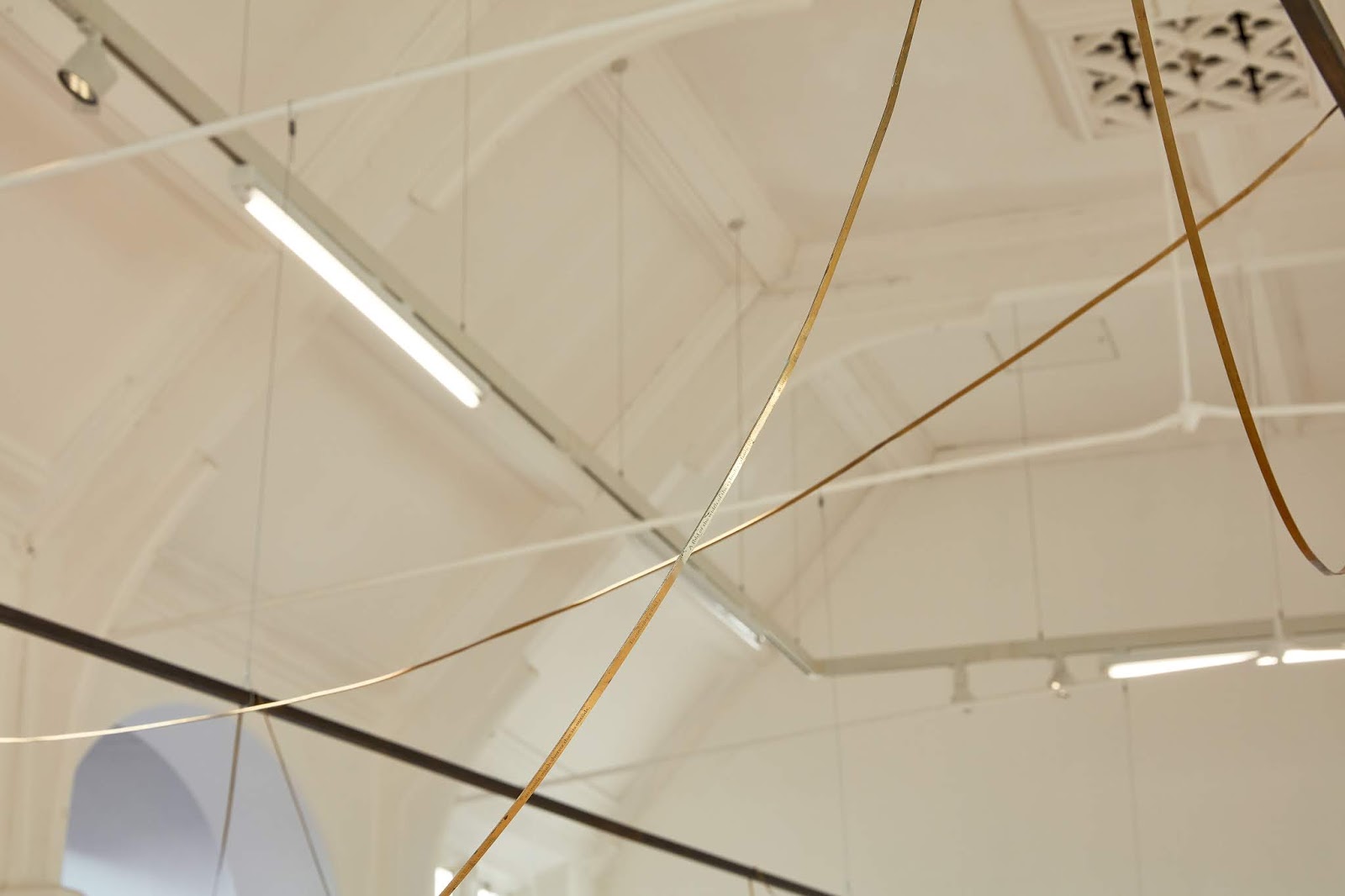 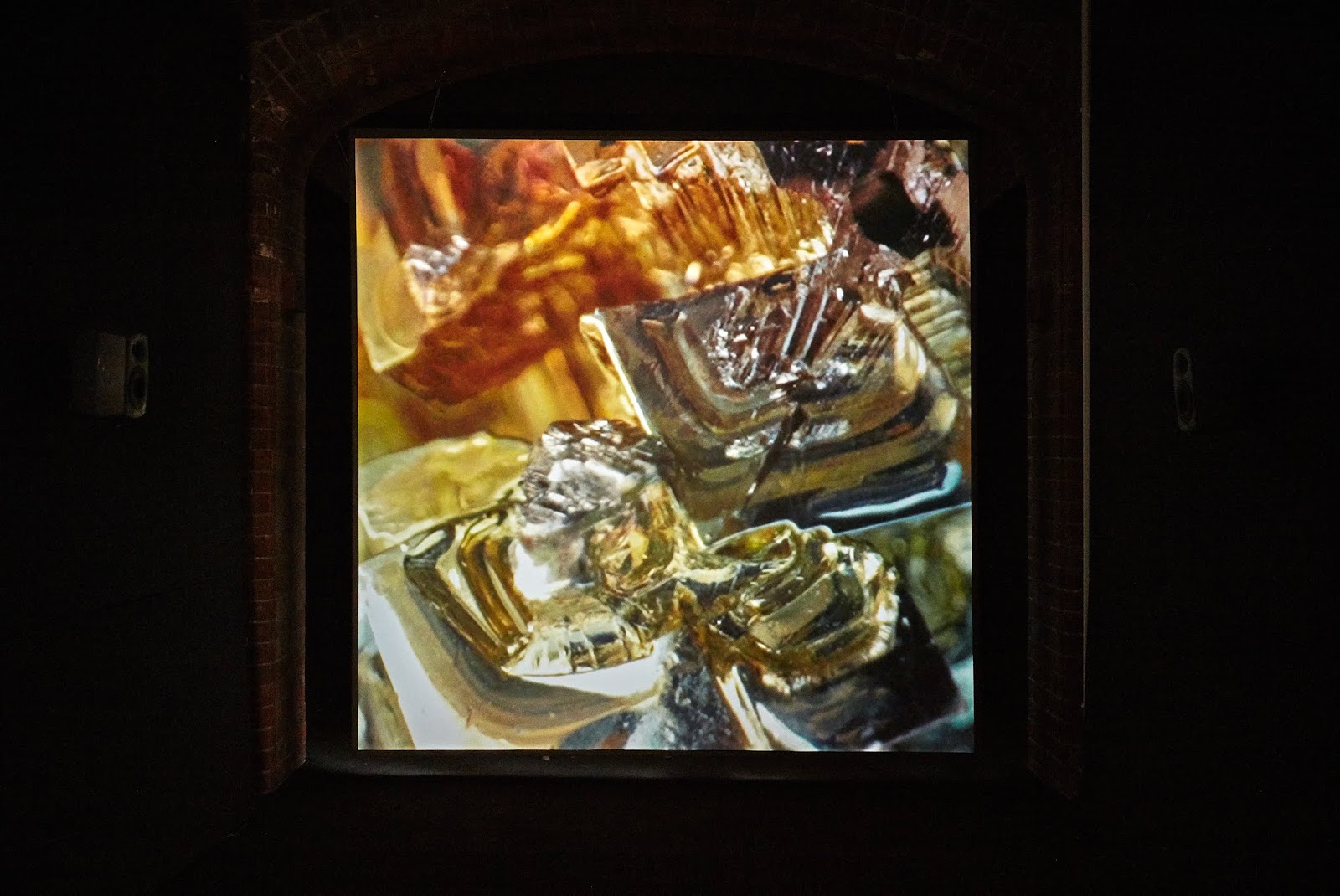 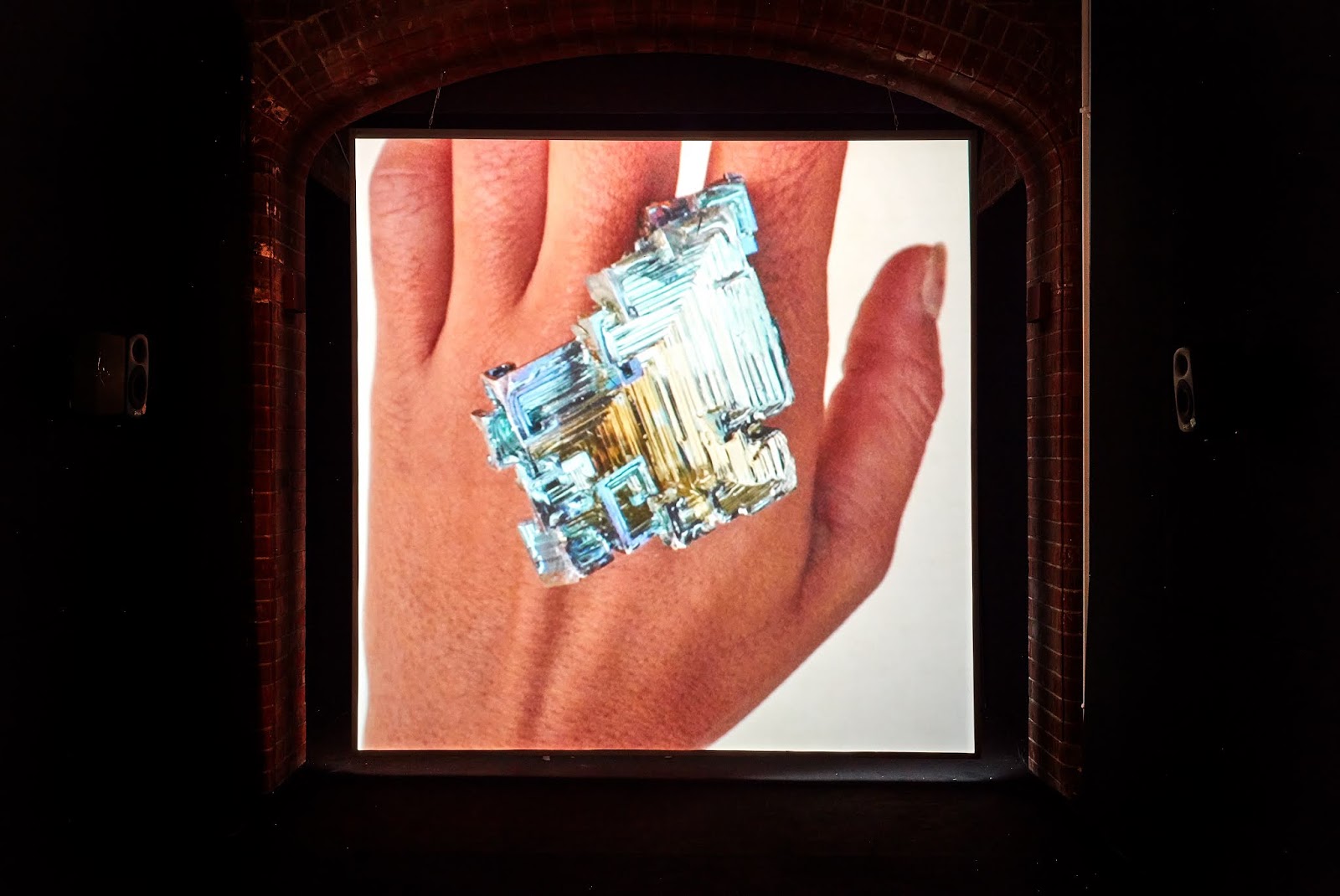 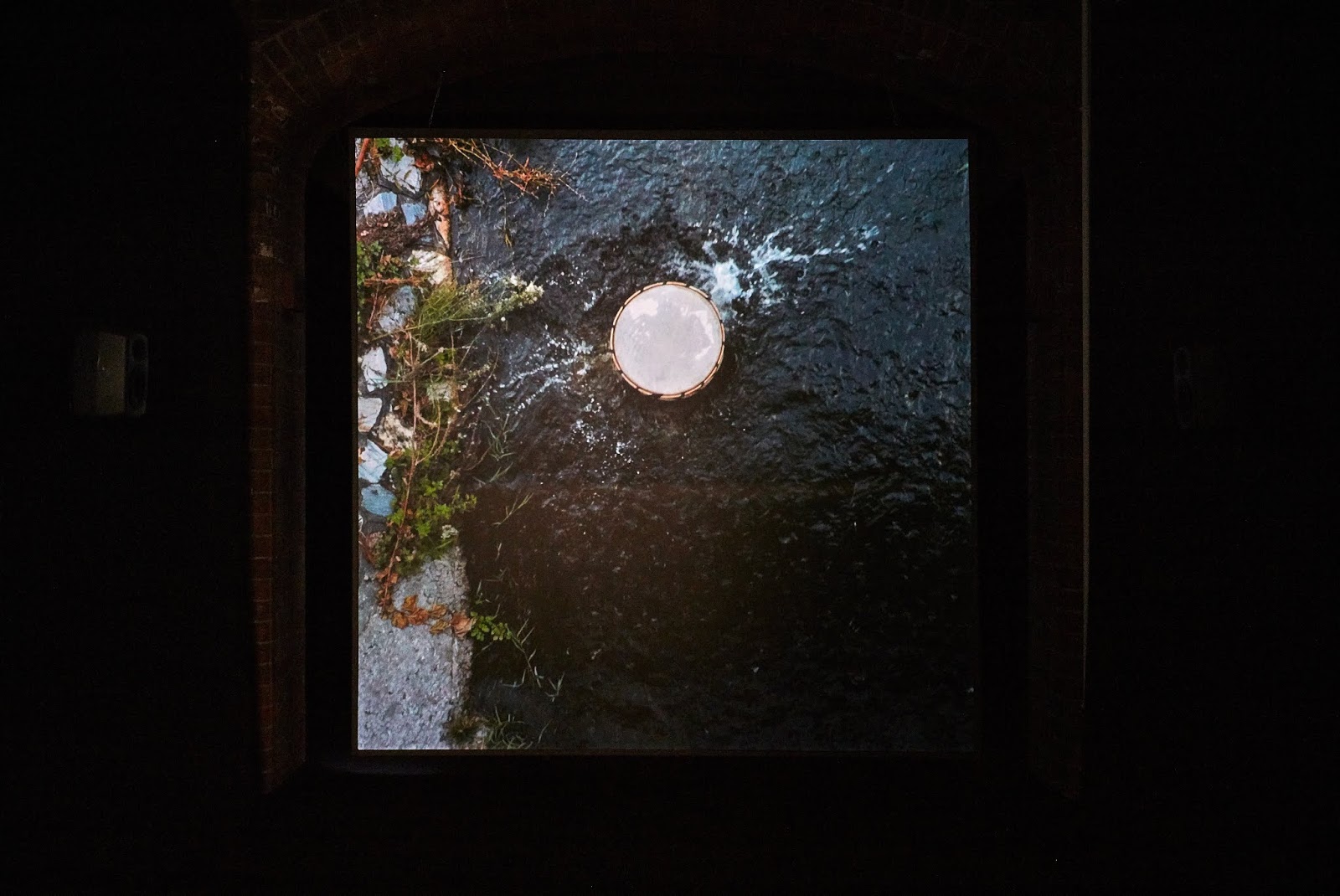 Hollowed Water is an exhibition of new work in music, sculpture and video by Athanasios Argianas (b. 1976, Athens). Drawing on the social and historical specificity of acoustic forms and visual aesthetics, his works pivot between styles of different periods and genres; between natural materials and cultural meanings.
An artist and composer with a background in classical music, Argianas often works across disciplines, exploring how the procedures and protocols associated with one might be brought into play in another. During a residency at Camden Arts Centre in 2018-19, he developed recordings and new musical compositions, investigating the function of aural forms, shifting tonalities and structural models, including rounds, quartets and melodic repetitions. In Gallery 3, a new piece written for a string quartet is activated by the visitor, played from a turntable through a speaker and a custom adaption of the Metalique resonator, part of a prototypical instrument – the Ondes Martenot (Martenot’s Waves) – that tilts and bends sound, treating it as a tactile material. Another composition features as the soundtrack for a new film commission in the Reading Room.
The exhibition moves from the present to the ancient, through different scales of time and the perception of duration, uncovering traces of modernism in unexpected places. Two stylised heads cast in bronze from 1970s binaural microphones recall Brancusi’s modernist sculptures as well as prehistoric Cycladic figures. A set of modular ceramic sculptures, loosely resembling bodies, traces nuanced shifts from the curves of Art Nouveau to 1930s modernism. In contrast to these weighted bodies, a suspended parallelogram is draped with thin strips of brass that are etched with words describing absent objects – virtual and obscure.
The artist’s sculptures appear to occupy in-between states, where the natural and man-made, the animate and ornamental, the present and absent, are brought into dialogue. In this productive oscillation between materials and formats, ambiguous and synaesthetic states emerge, where open-ended emotional values may be felt.

Athanasios Argianas (born 1976) is a Greek /British artist living and working between London and Athens. Argianas was the second recipient of the Freelands Lomax Ceramics Fellowship at Camden Arts Centre in 2018-19. As part of the Fellowship, Wysing Arts Centre hosted Argianas for three weeks in March 2019 where he used the Wysing Polyphonic Recording Studio.

Supported by Freelands Foundation.
With thanks to Tuplin Fine Art, London, and those who wish to remain anonymous.