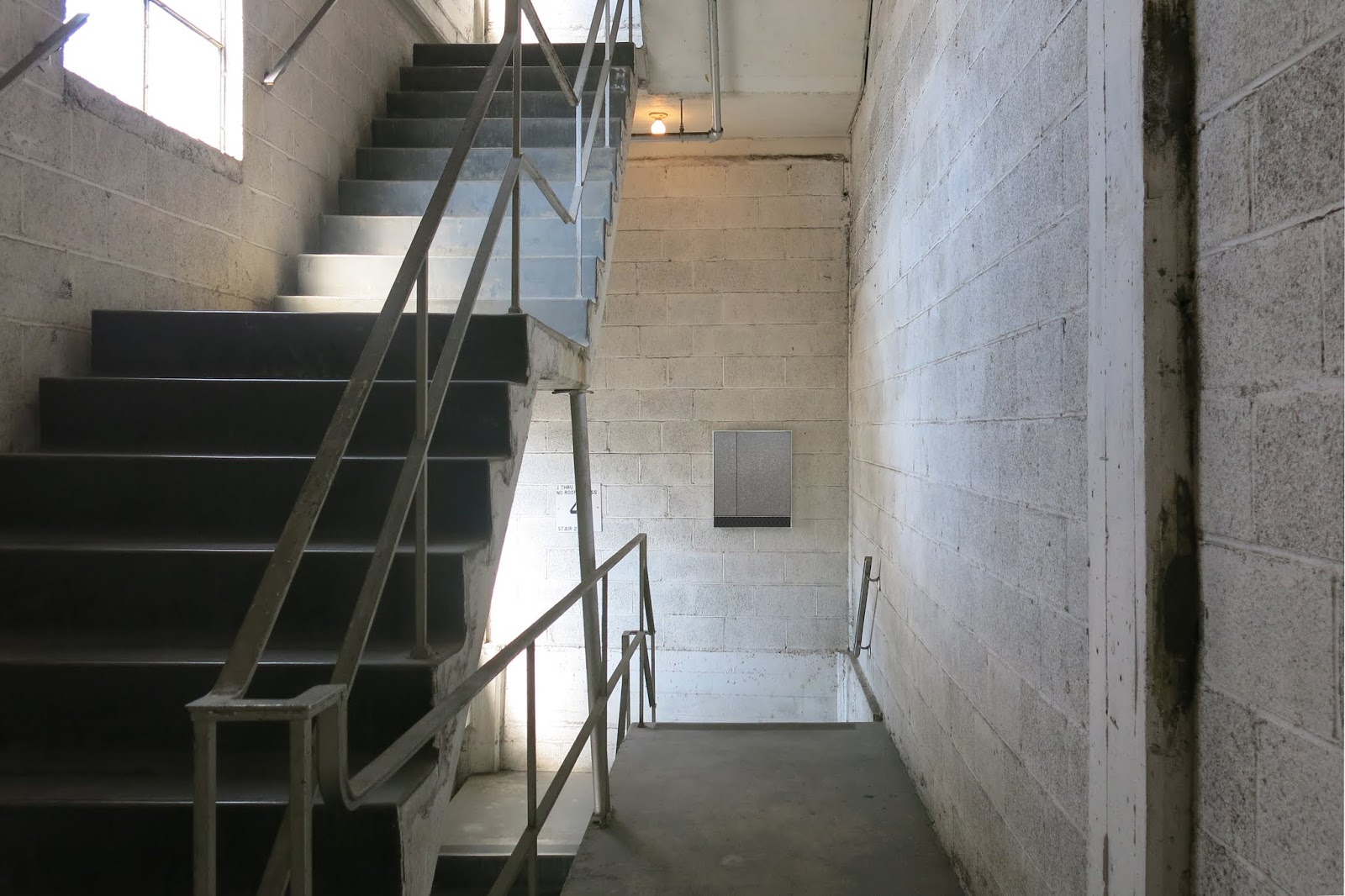 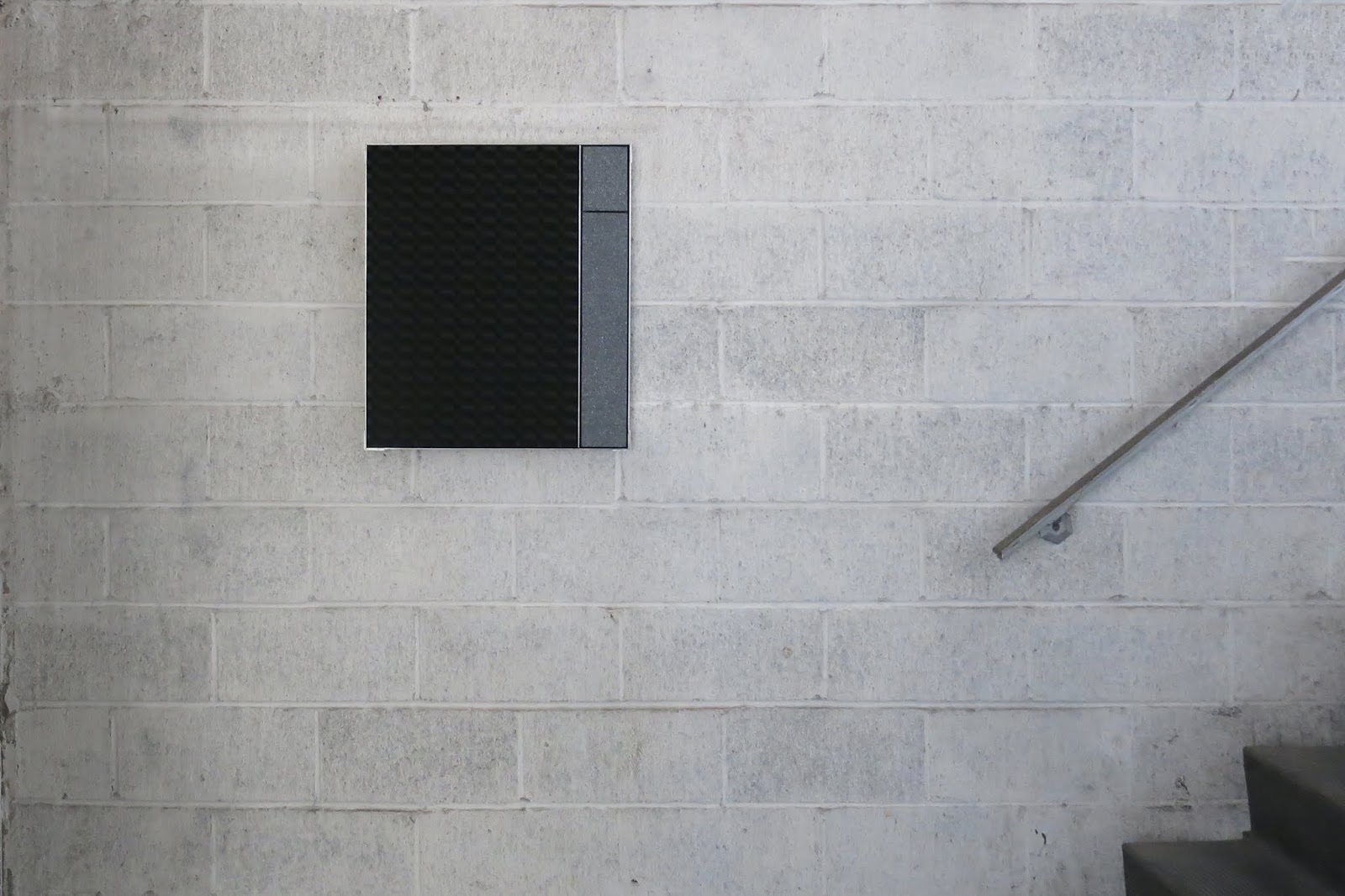 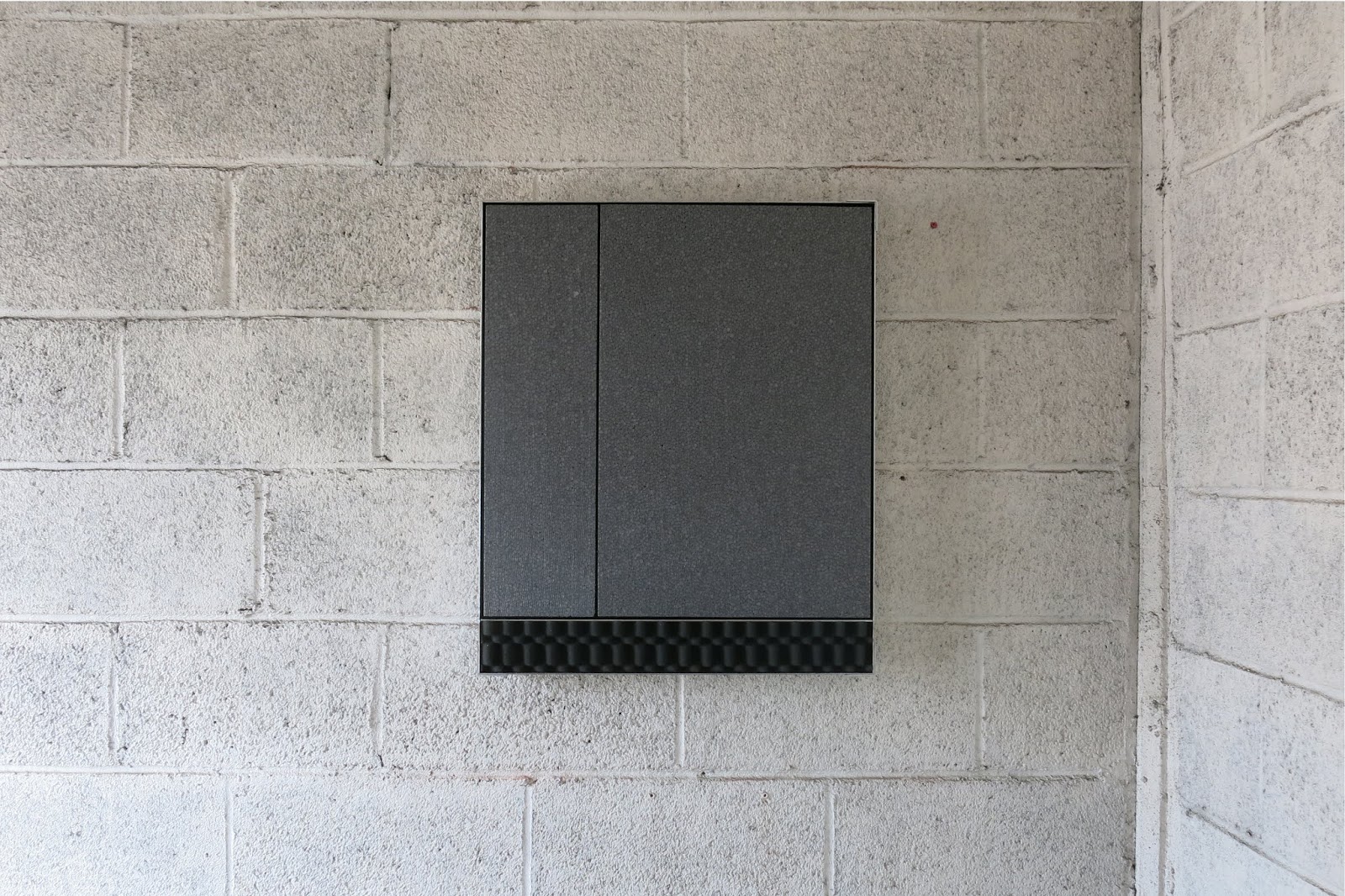 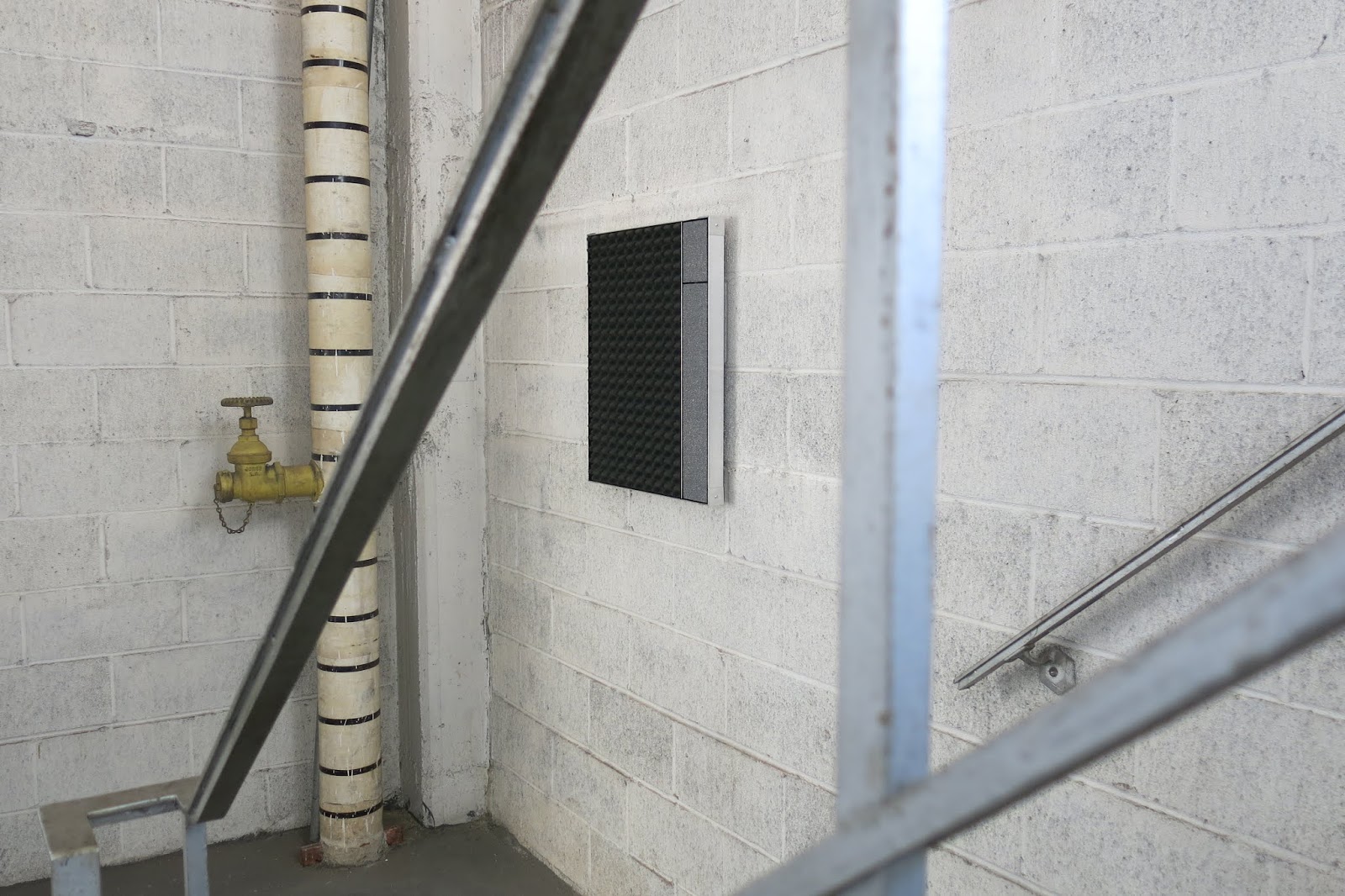 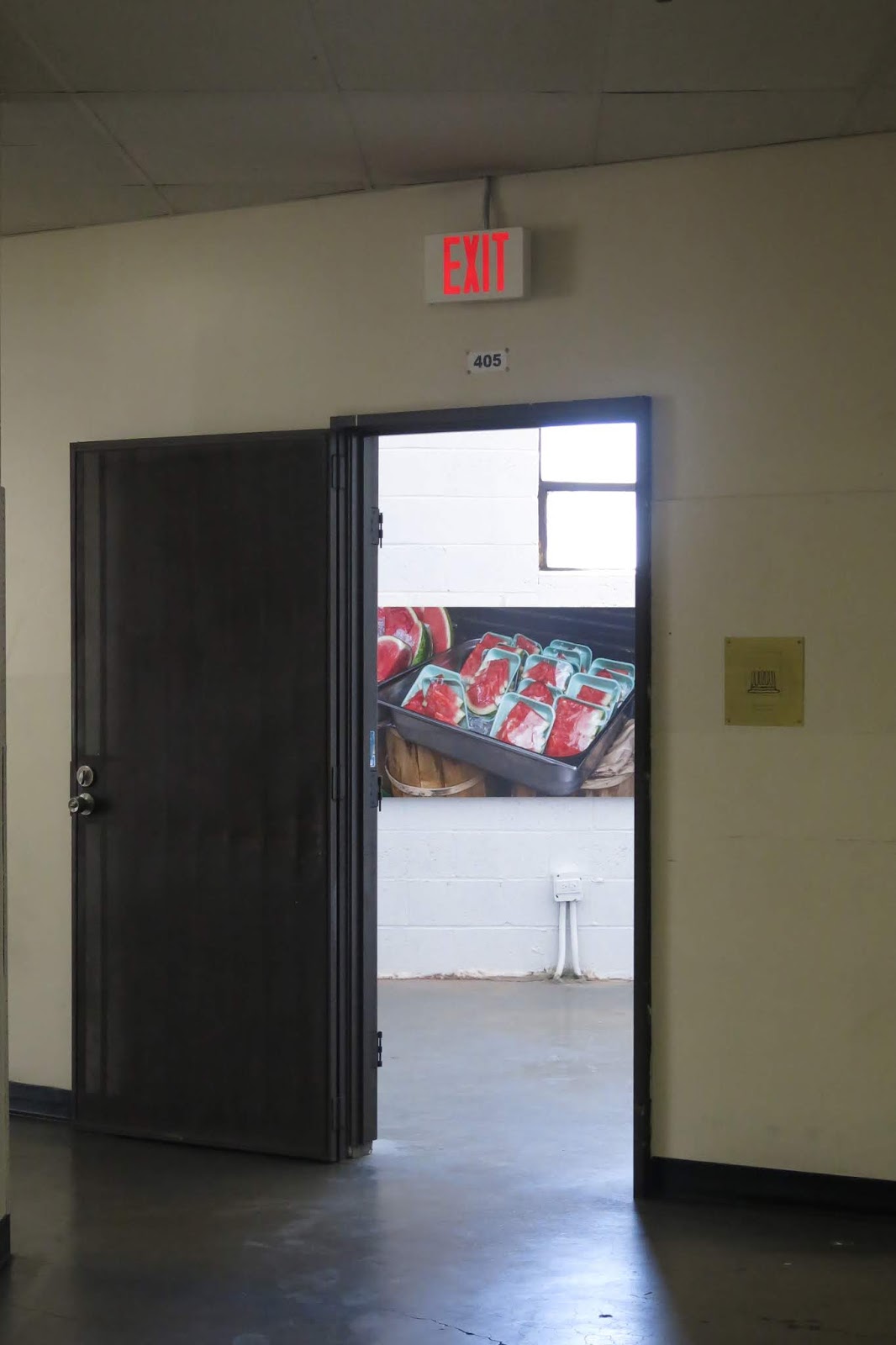 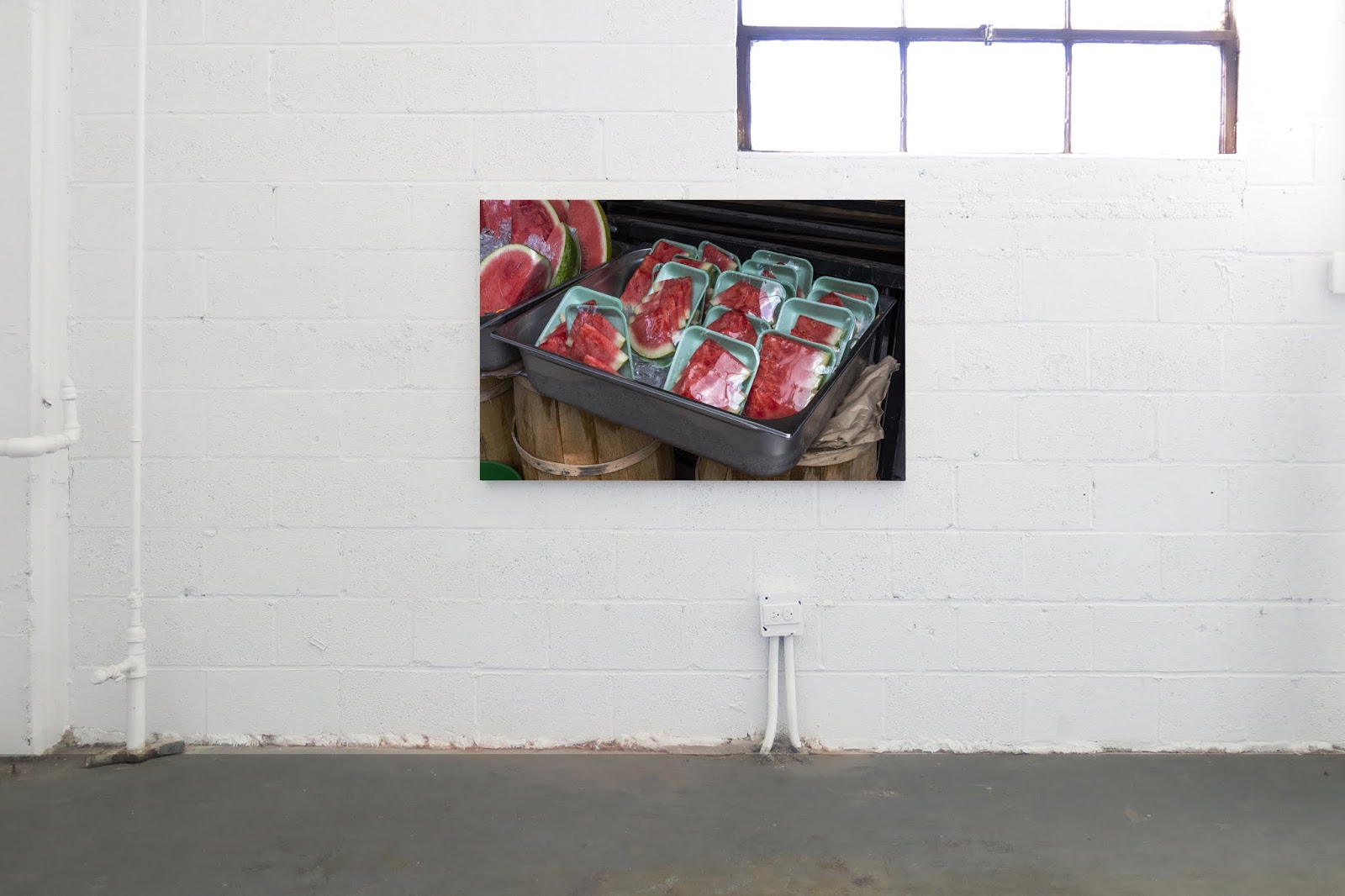 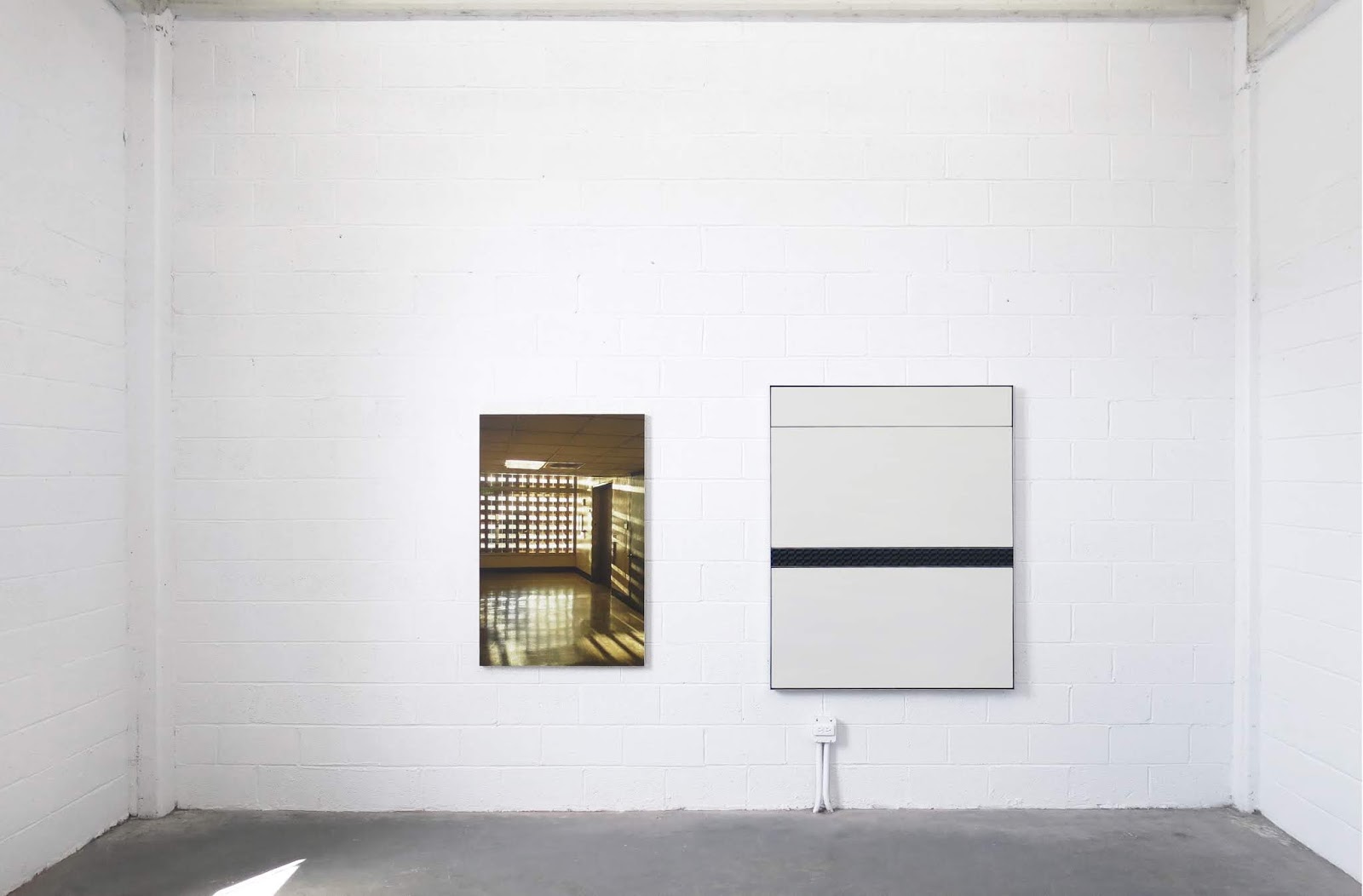 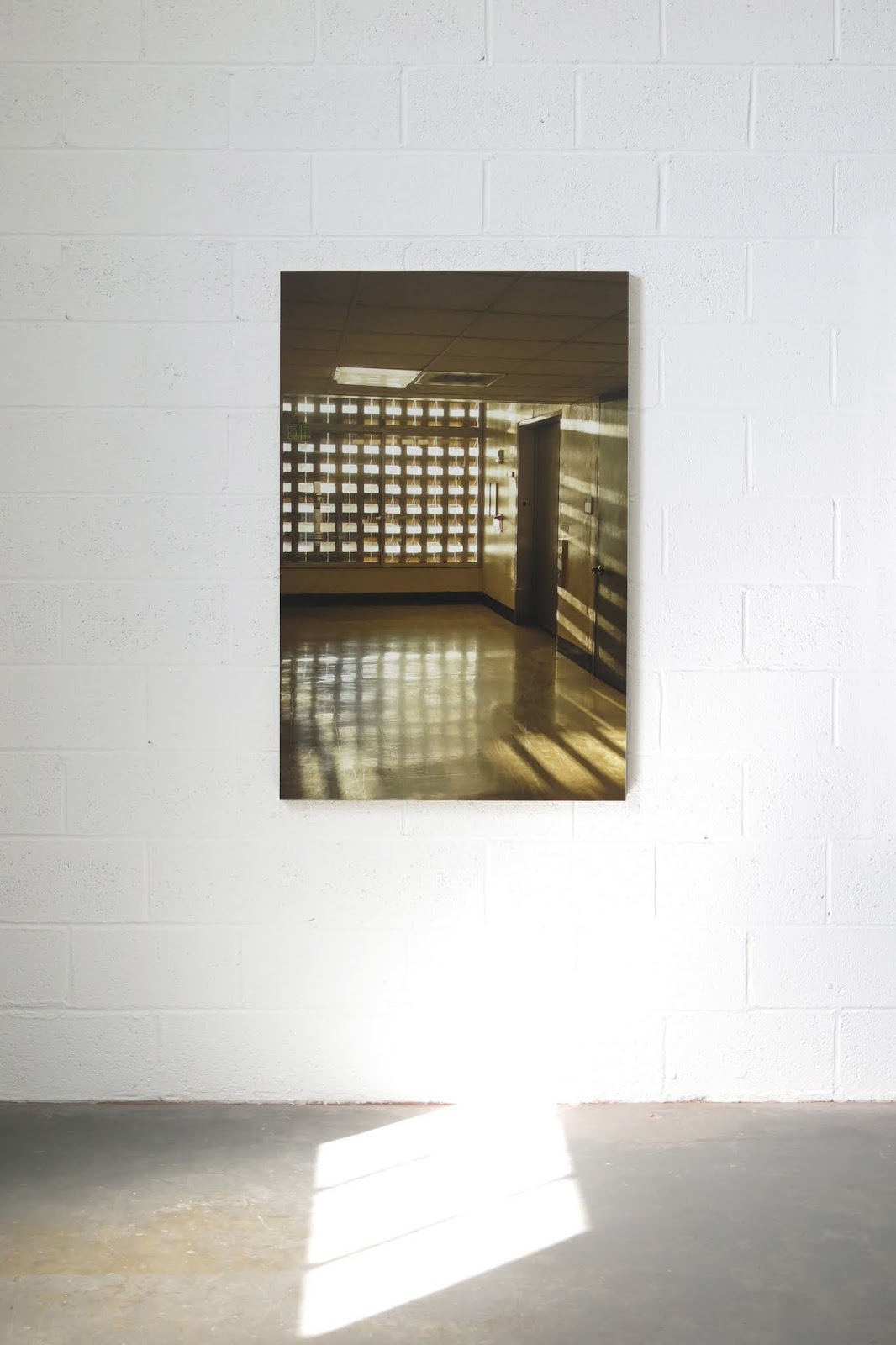 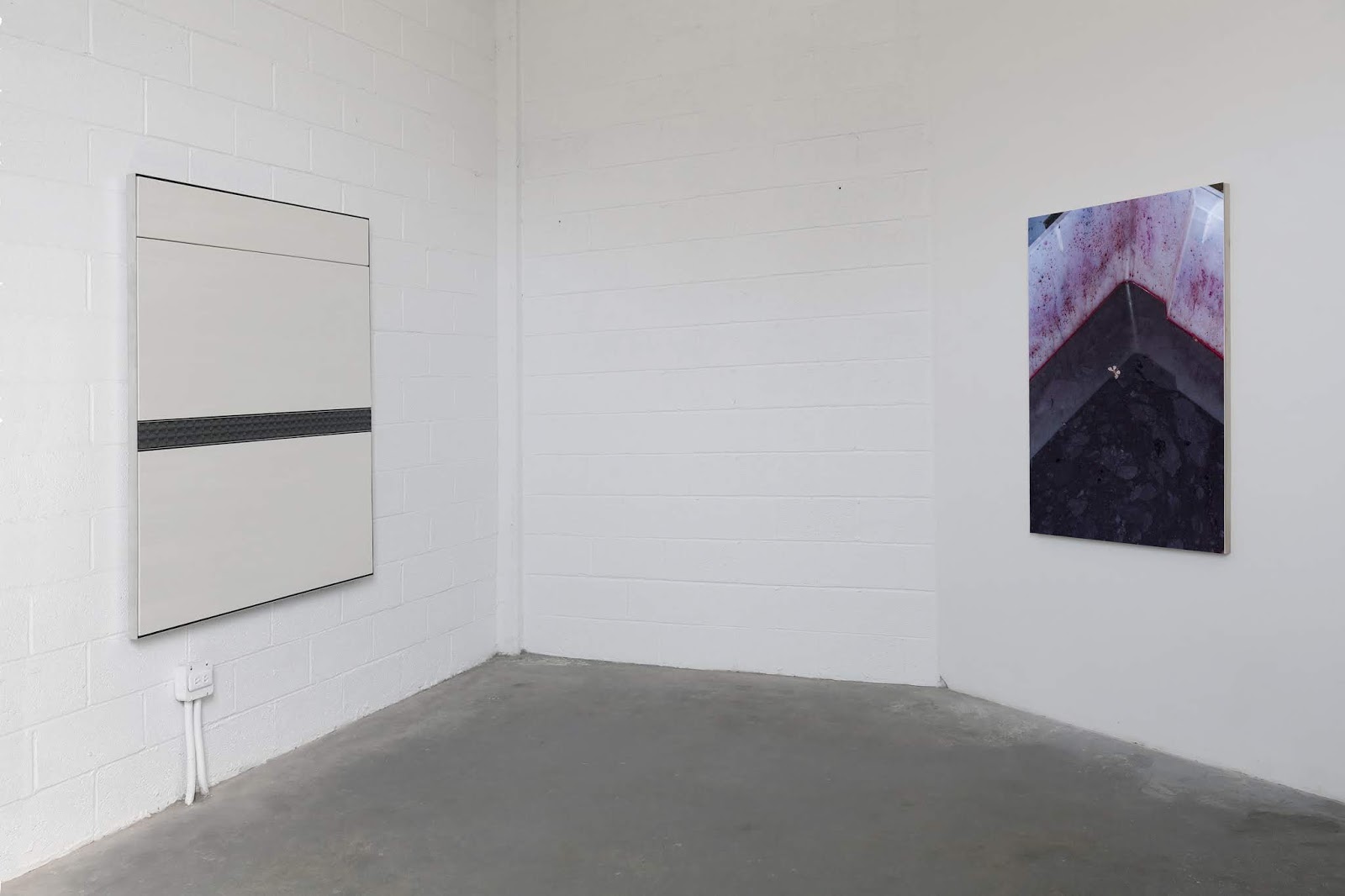 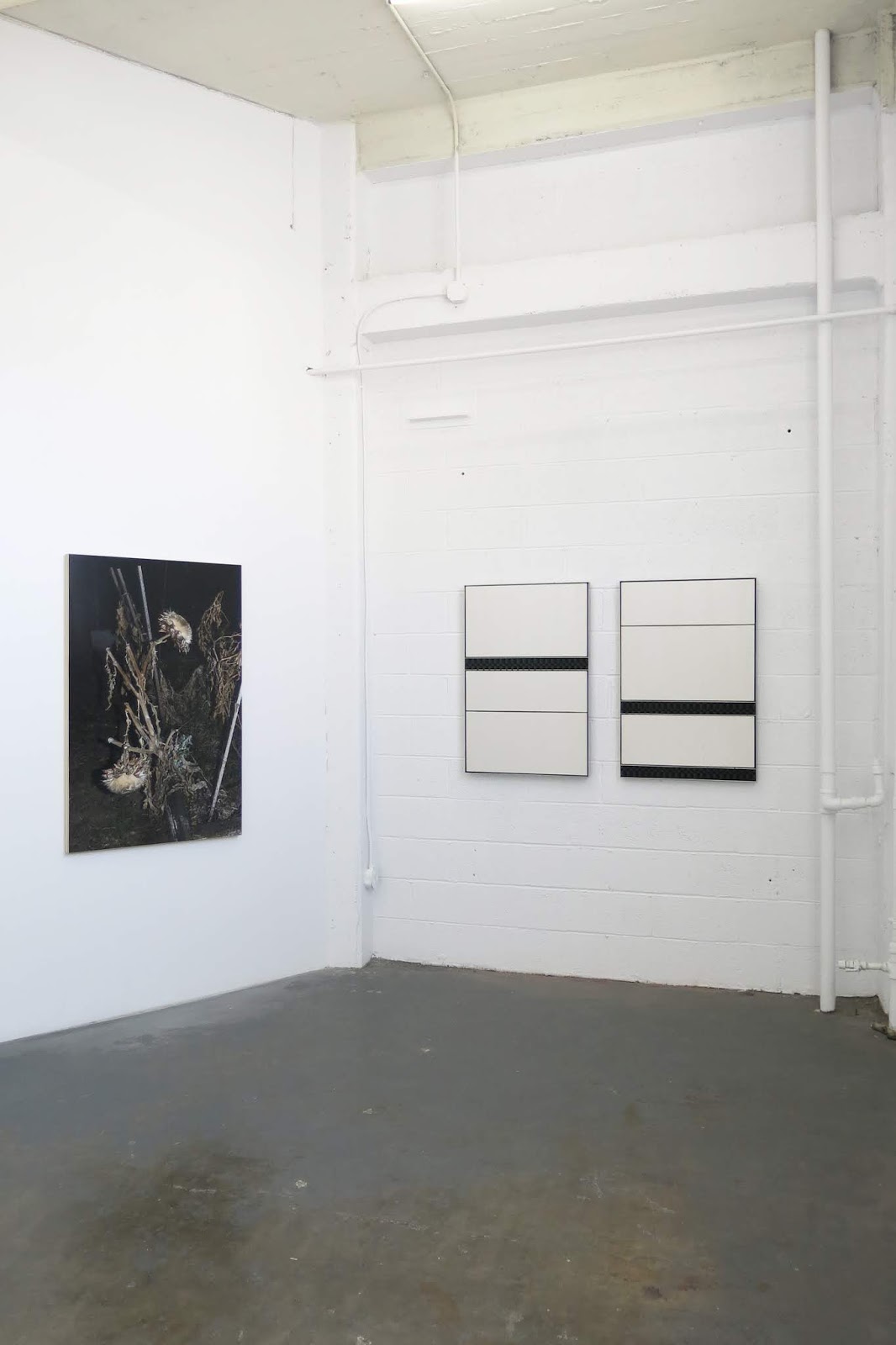 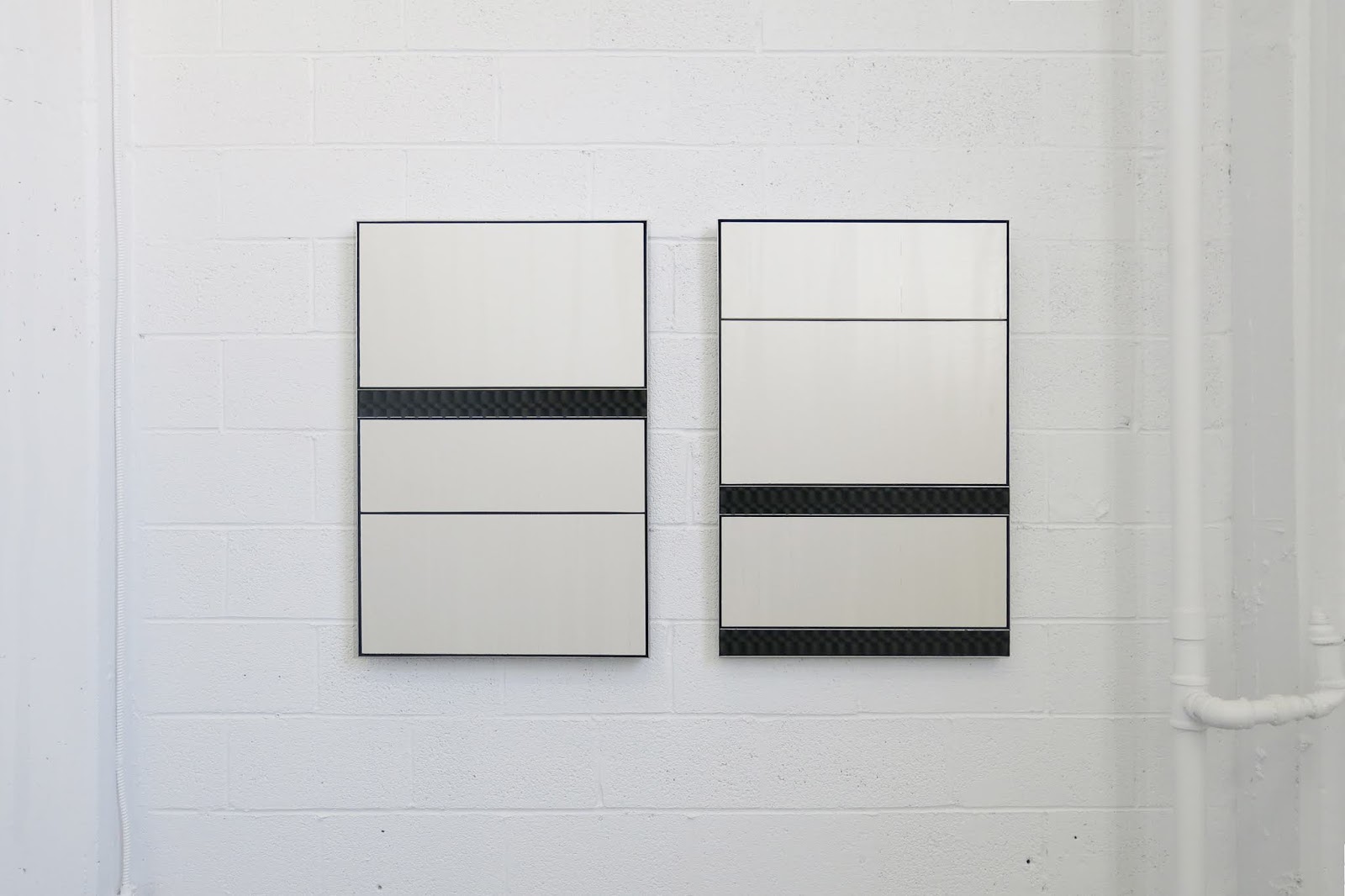 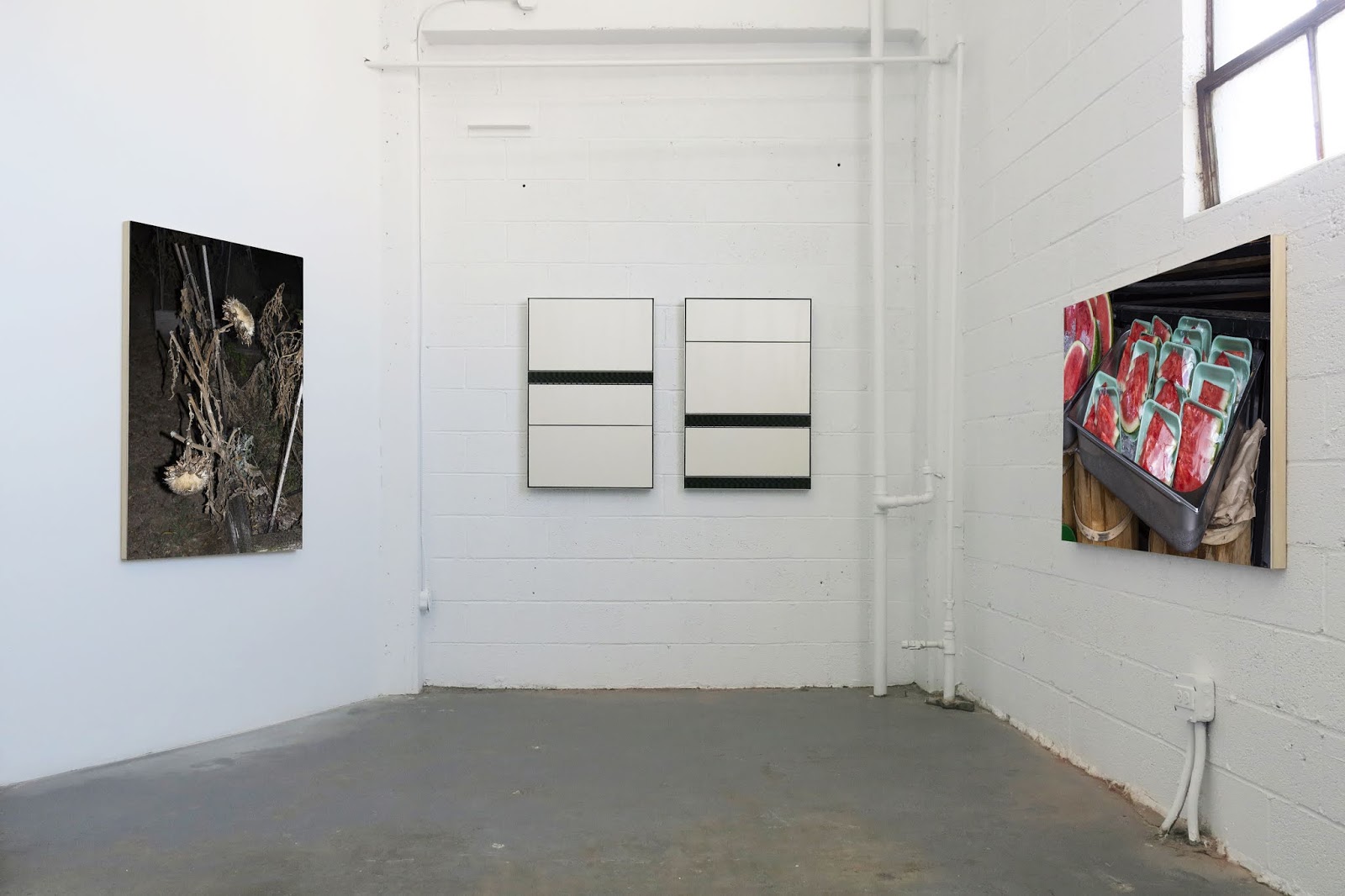 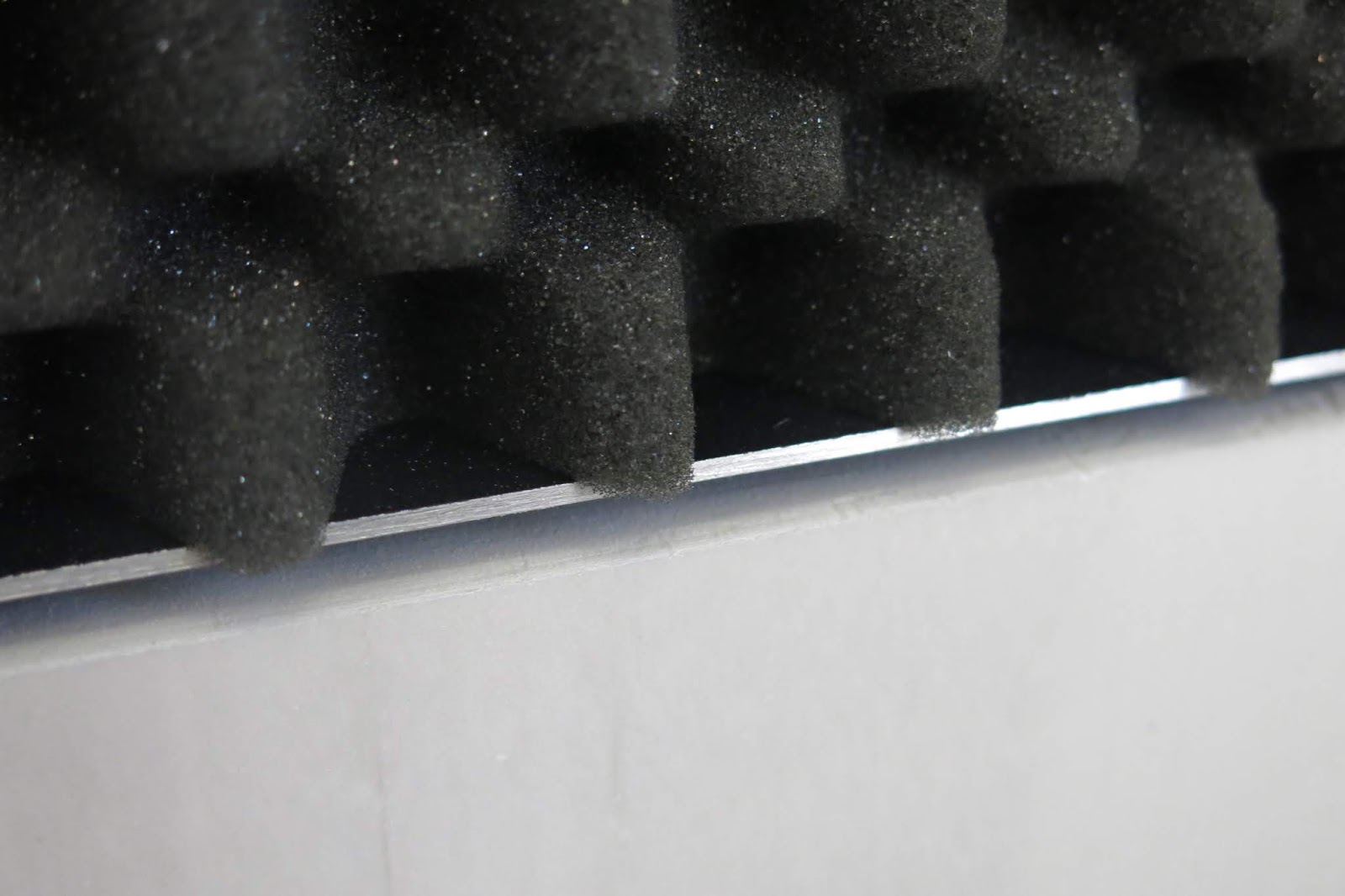 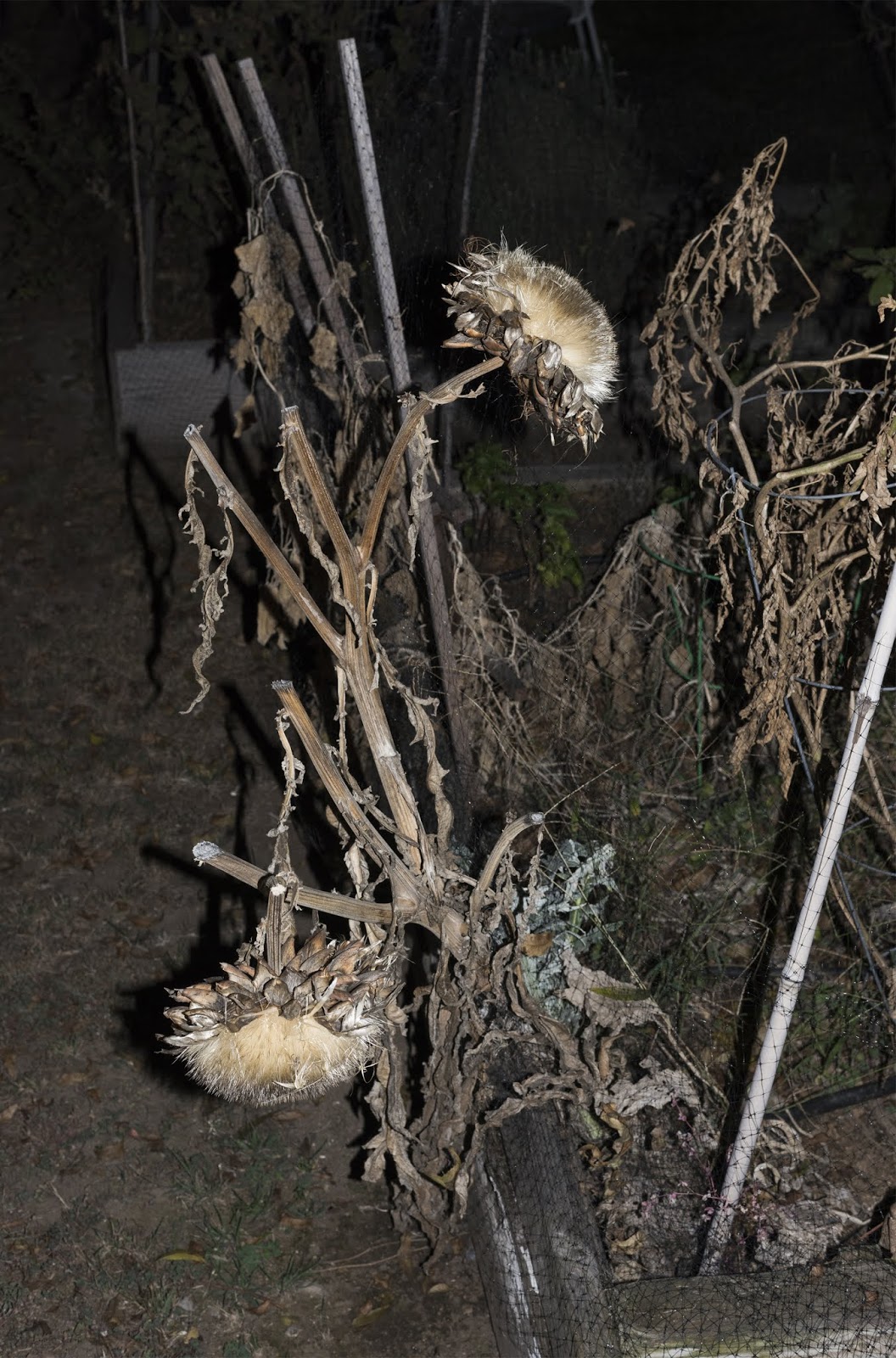 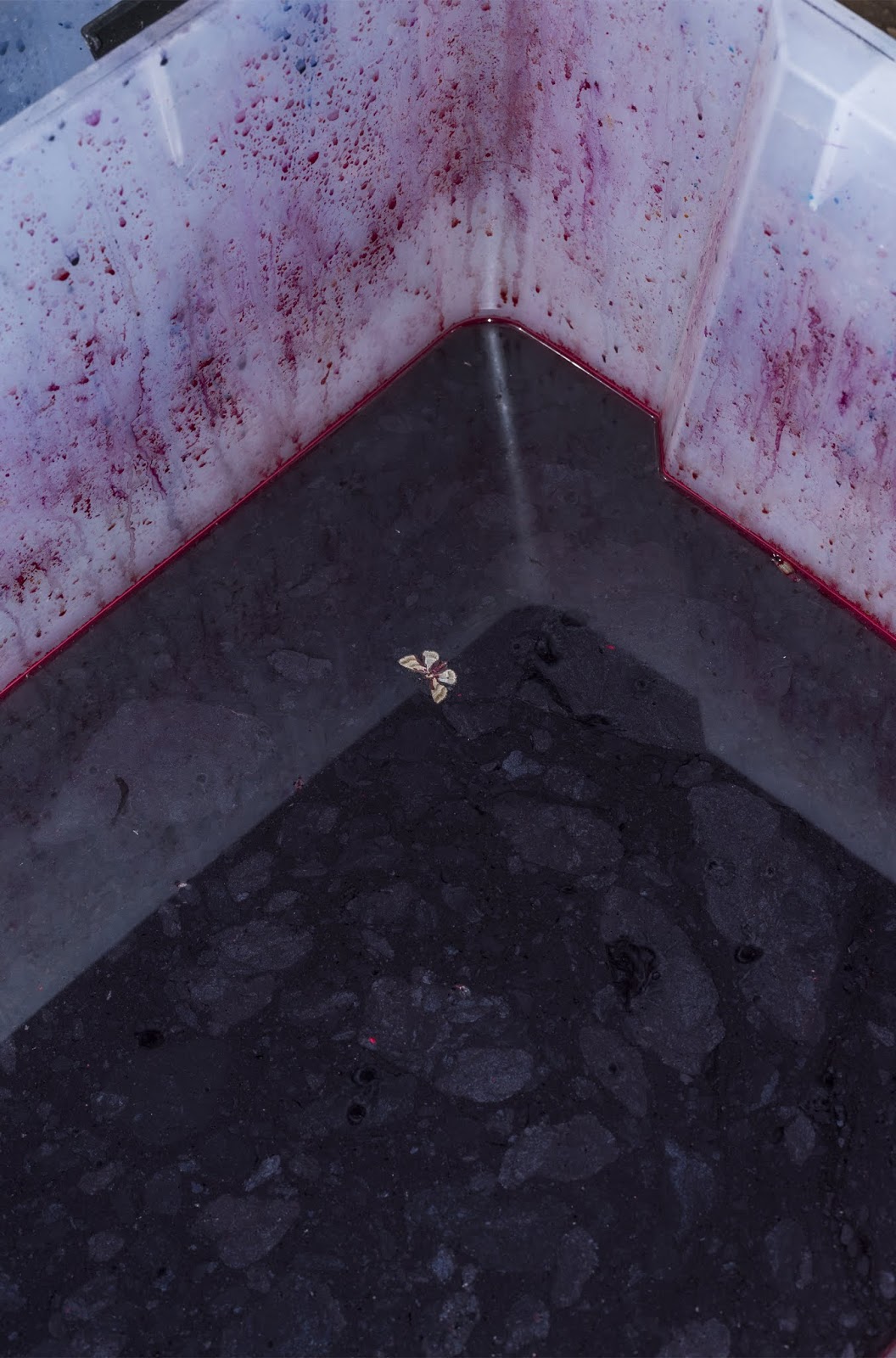 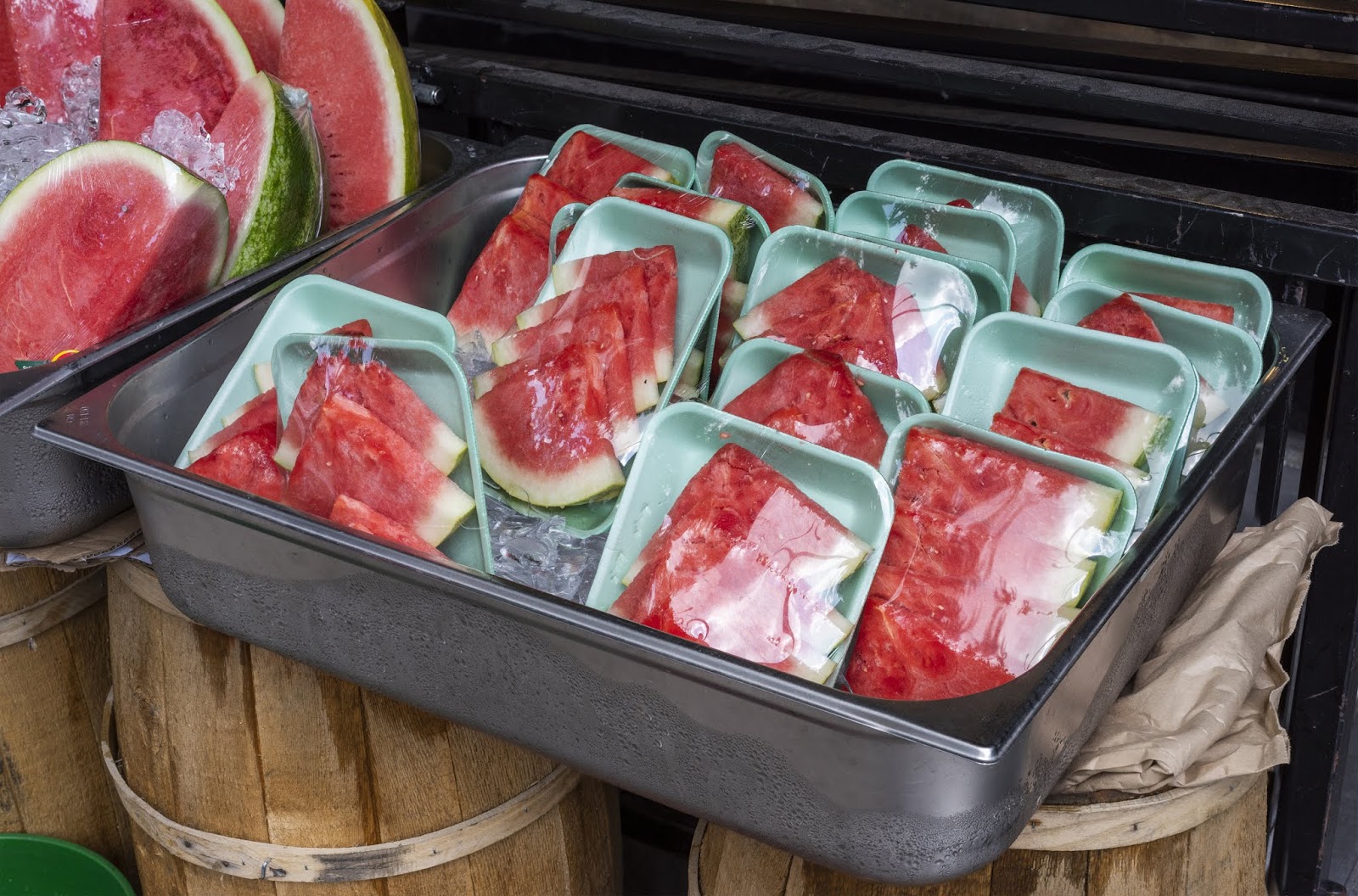 Cameron Crone continues his investigation of discarded everyday objects with the camera with four new photographs for the exhibition. Three feature organic matter in different post-mortem stages. One is embalmed, appearing still full of life. Another, freshly killed with blood running out. The last crumbles in ragged decay. Each owes its integrity to the deftness with which the artist captures liquid reflection in the image. Light bouncing off the scaley flotsam in M​oth and Dye​ gives the composition its indeterminable, listing depth. What imparts Sliced Watermelon​ its sumptuous fleshiness is its wetness. The fruit is a catacomb of liquid sugar, set in a hotel pan of ice chips which melt and leach under the cellophane wrappers and drip off the image. One can see a single drop of condensation mid-fall in the corner of the photo. The pulp, ice, and plastic congeal into a single reflective mass, consuming the surrounding palm trees, light pole, the photographer in an clear oil slick. At first glance, ​Dead Artichoke seems bone-dry, but it’s the scintillating droplets of moisture caught in the thin black netting that electrifies the picture, reflecting the almost humorously brazen flash of the camera.

It’s Crone’s fourth image that is perhaps the most suffuse with light.​ Institutional Hallway and Light ​is a medium depth of field photo of a partial second-story hallway and window. Late afternoon sunlight spills in through the decorative block outside like molten metal from a foundry ladle, bathing the walls and floor in a soft pool of yellow light laid atop a blind contour drawing of so many scuffed heels turning to catch elevator at the right side of the image. The picture stands out in Crone’s body of work, which often finds as its focus small groups of objects or parts of a scene shot up close. The gridded shadow at its center acknowledges the dark stripe of convoluted acoustic foam in Rashid Uri’s ​Untitled #81​ installed next to it, making the pair a fitting centerpiece for the exhibition.

Uri’s work for Steel Ladder​ is undeniably architectural, not least for ​its use of common construction materials, but also for how his panels are constructed. Like a mason laying tile or a carpenter squaring the profile on a cabinet door,​ Uri delineates materials with open fillets, creating uniform reveals which serve as the contour lines of his paintings. Each work in this ever-expanding series serves as a unit of measure for its type, white or grey, they are small, medium or large. Like Crone’s unglazed photos, mounted full-bleed to the edge of their panels so there is nowhere for the image to hide,
Uri’s paintings are completely exposed. The work is unpigmented. The color comes from the materials chosen. The raw aluminum frames show the history of their handling. Oils from the hands paint their surfaces. The density of the white polystyrene reveals the swirl of the saw that cut it, imperceptible unless viewed in the right light. The convoluted foam shimmers as light passes over the dust trapped in its many tiny cavities. Every fingerprint, every scratch from the time that they were made until they are shown is evidenced on their surfaces.

The irony is that the work conforms to a formal rigidity while it is materially very fragile. The appearance is of a highly constructed and inflexible system, but the paintings are actually made up off hundreds of irregular parts, all tightly compressed, that if touched even lightly are permanently disrupted. For the artist this contradiction in appearance and consistency is in effect a type of self-portraiture. The outside is composed, trustworthy, seemingly strong. When in fact they are built upon a very unlikely combinations of factors that show their weakness when tested.

Steel Ladder ​is an exhibition on the form of a live concert. One can hear all of the notes that are played by the instruments. They resonate strongly and vibrantly. But the experience is defined by being in the concert hall, by the near imperceptible sound of fingers pressed into strings, the action of a piano’s keys springing back, the breathing of the players.
Tags Cameron Crone, Central Park, Lazy exhibitions, Los Angeles, Rashid Uri
Newer Post Older Post Home