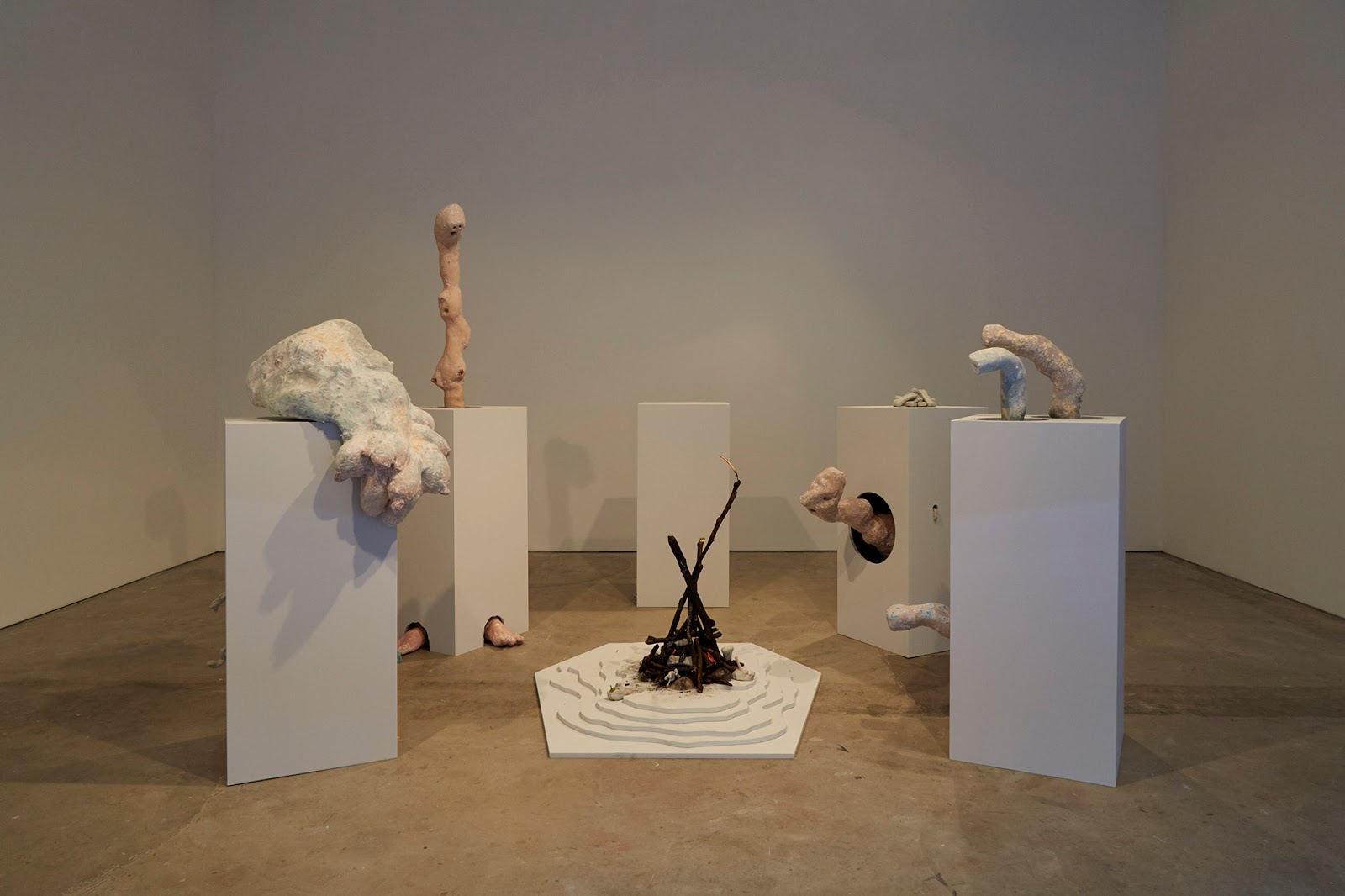 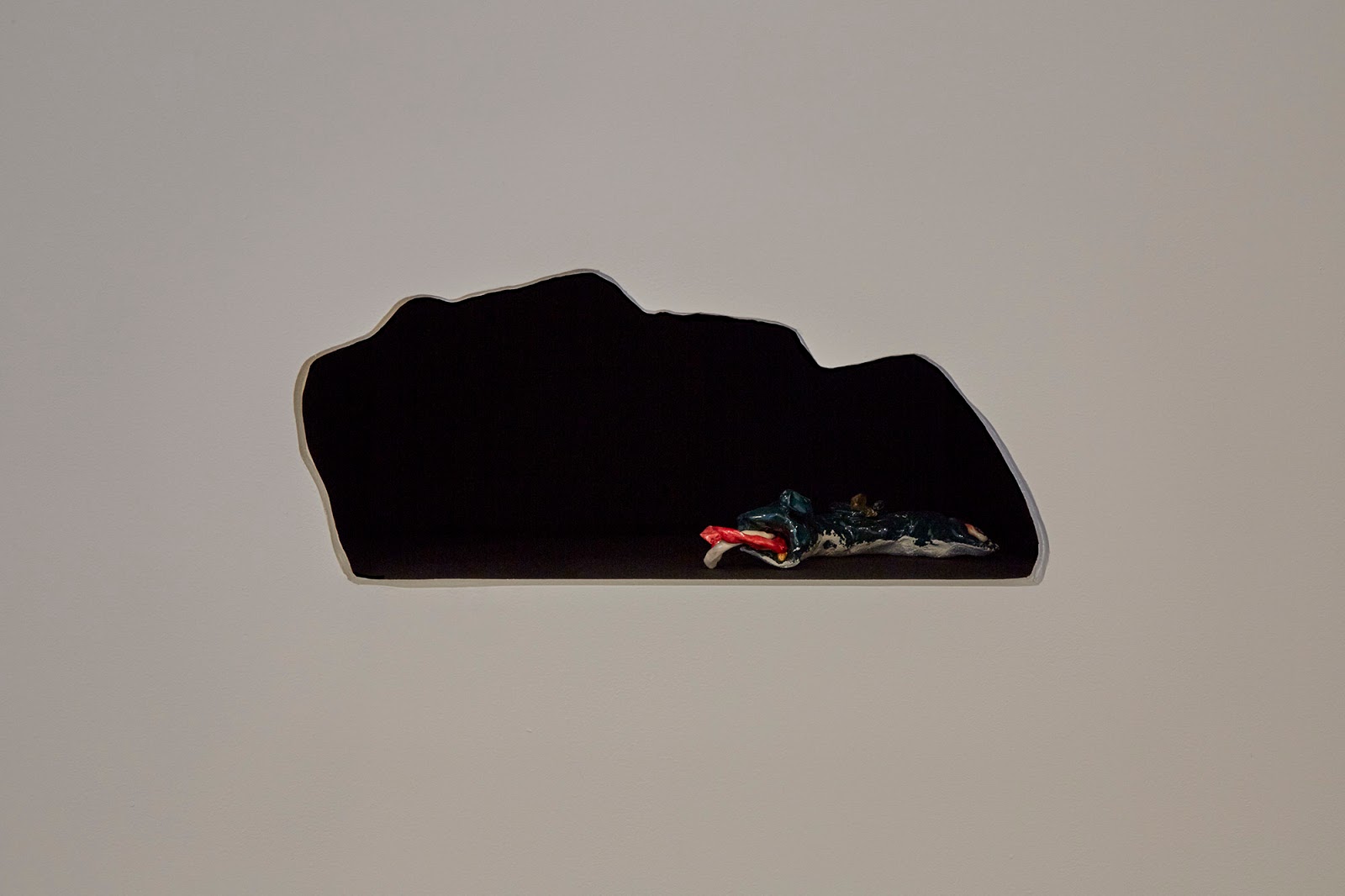 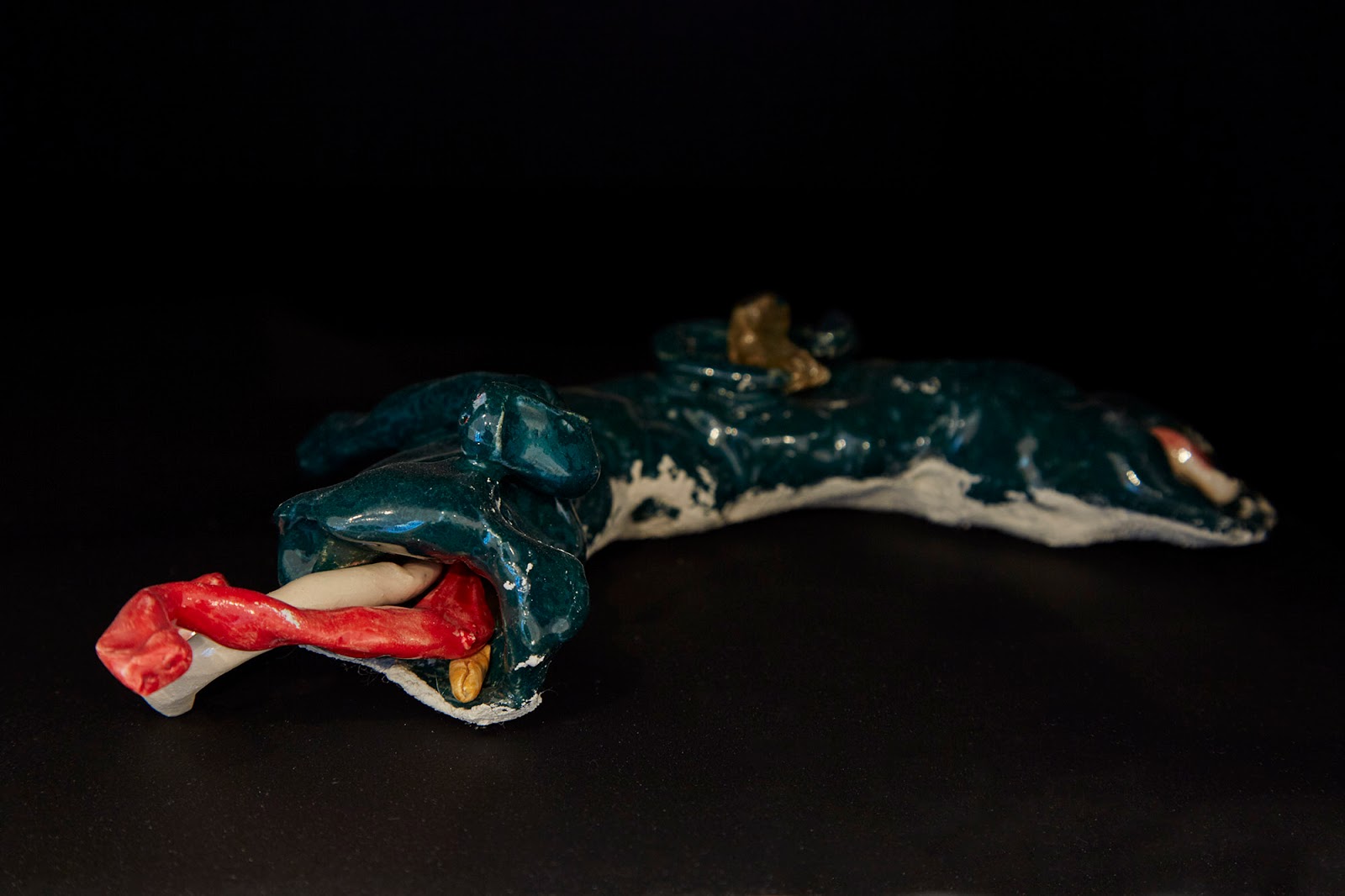 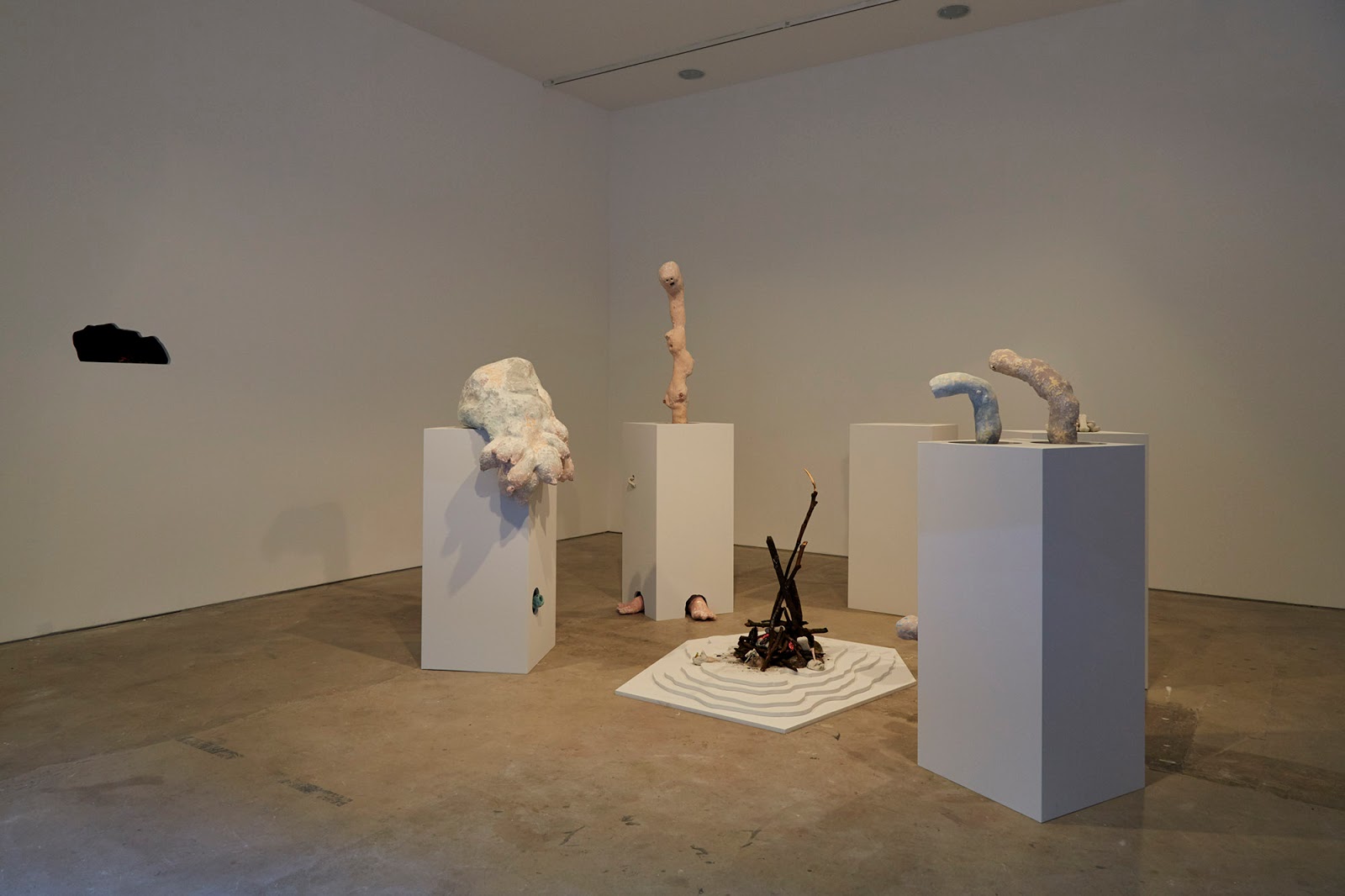 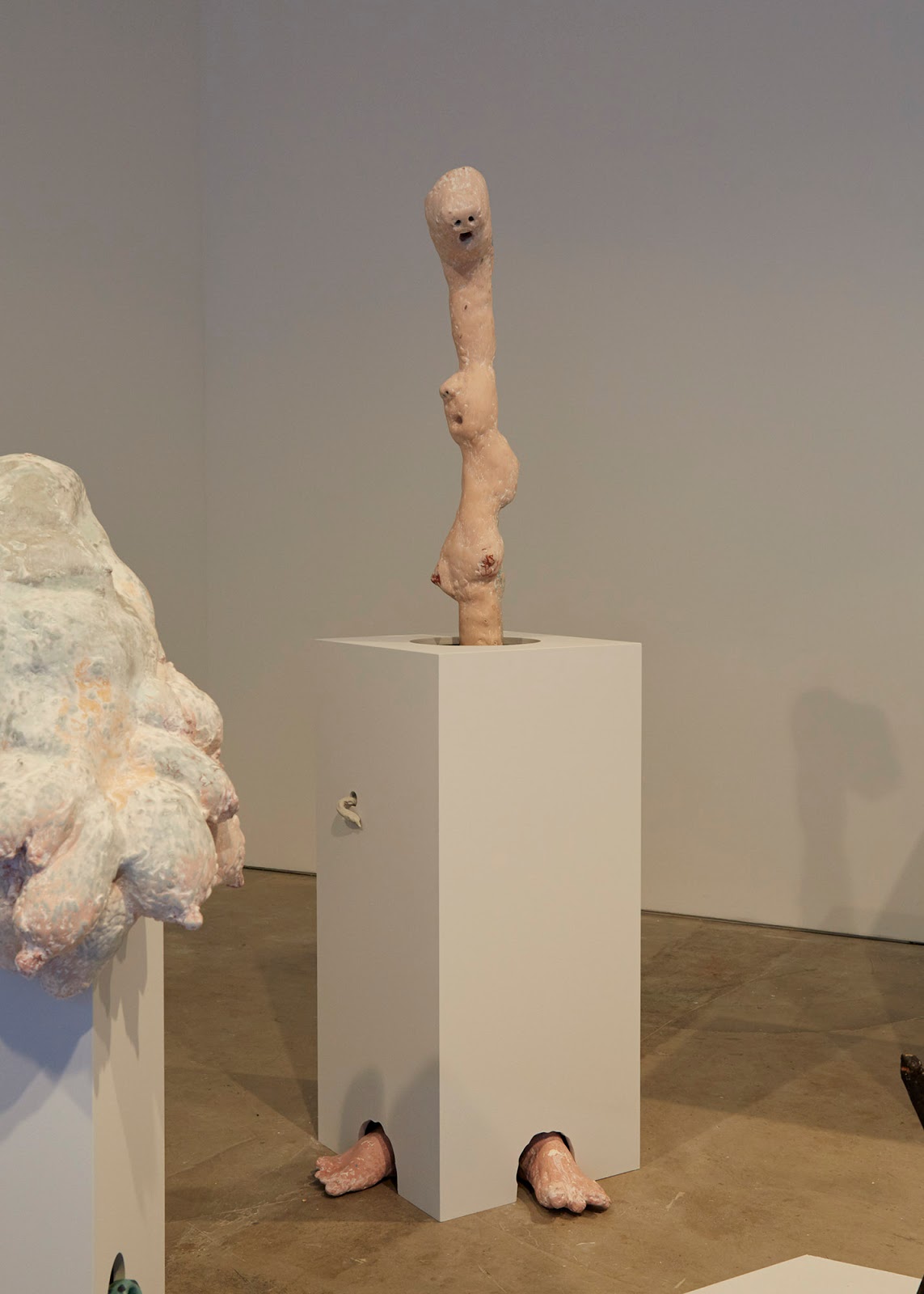 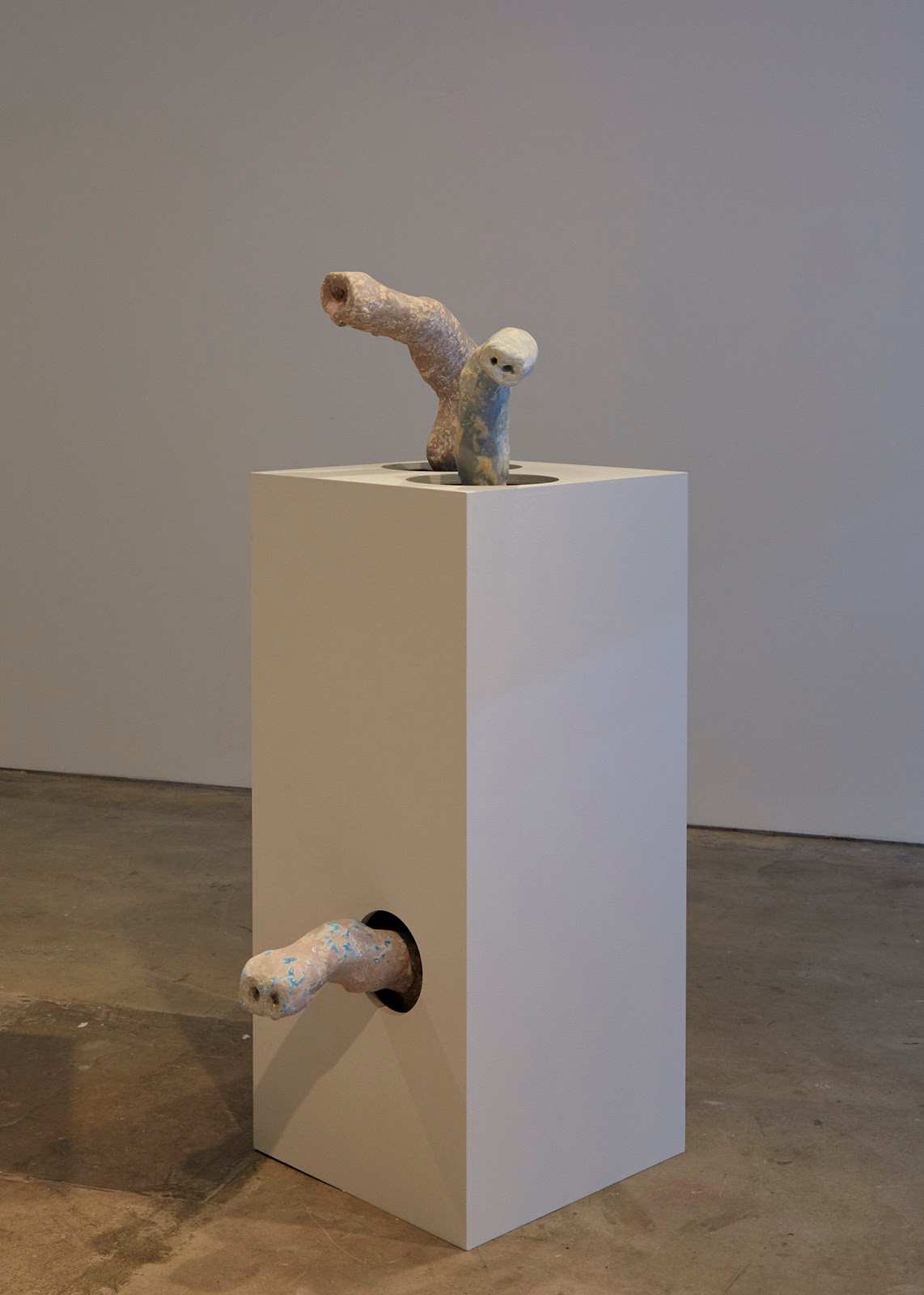 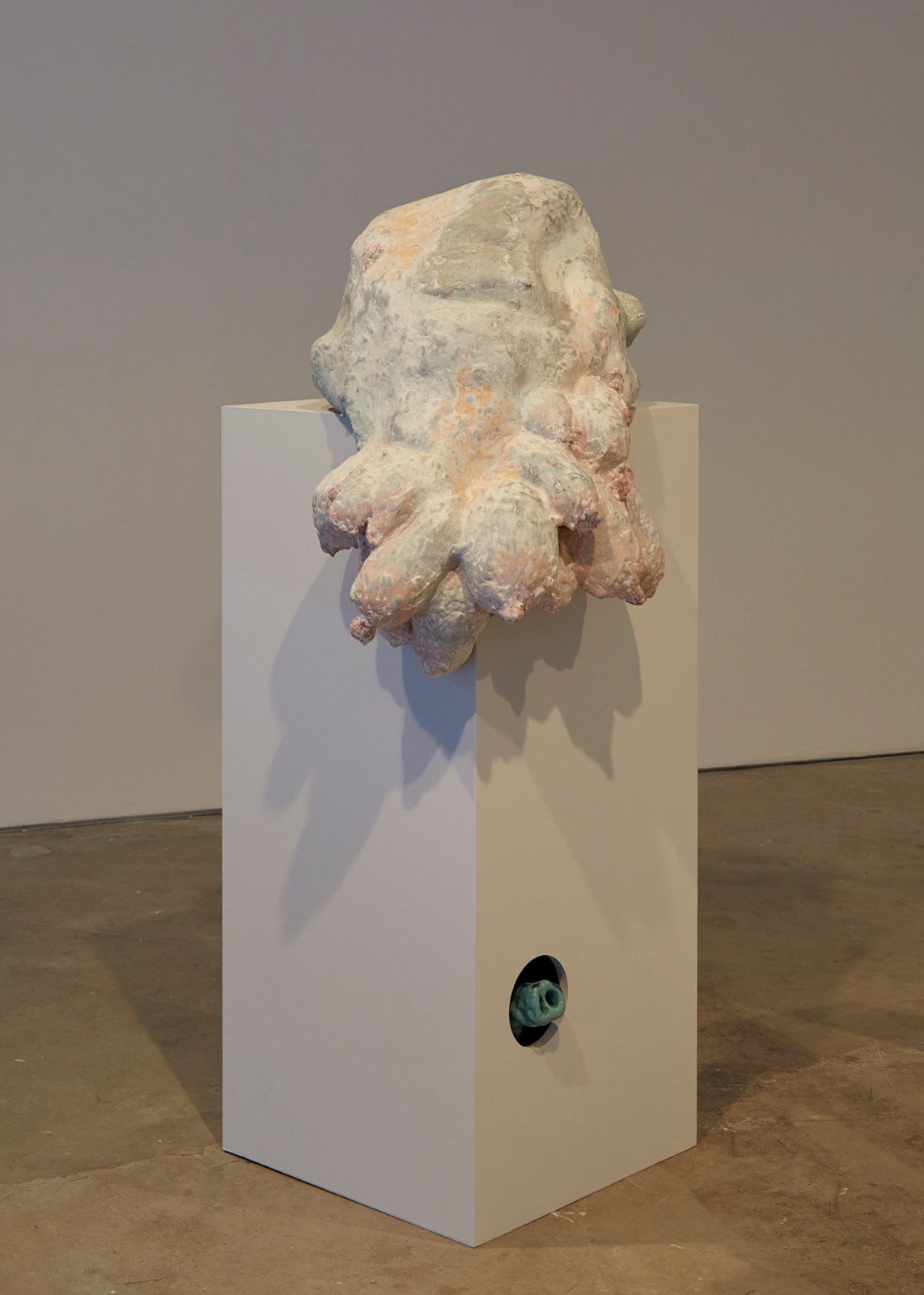 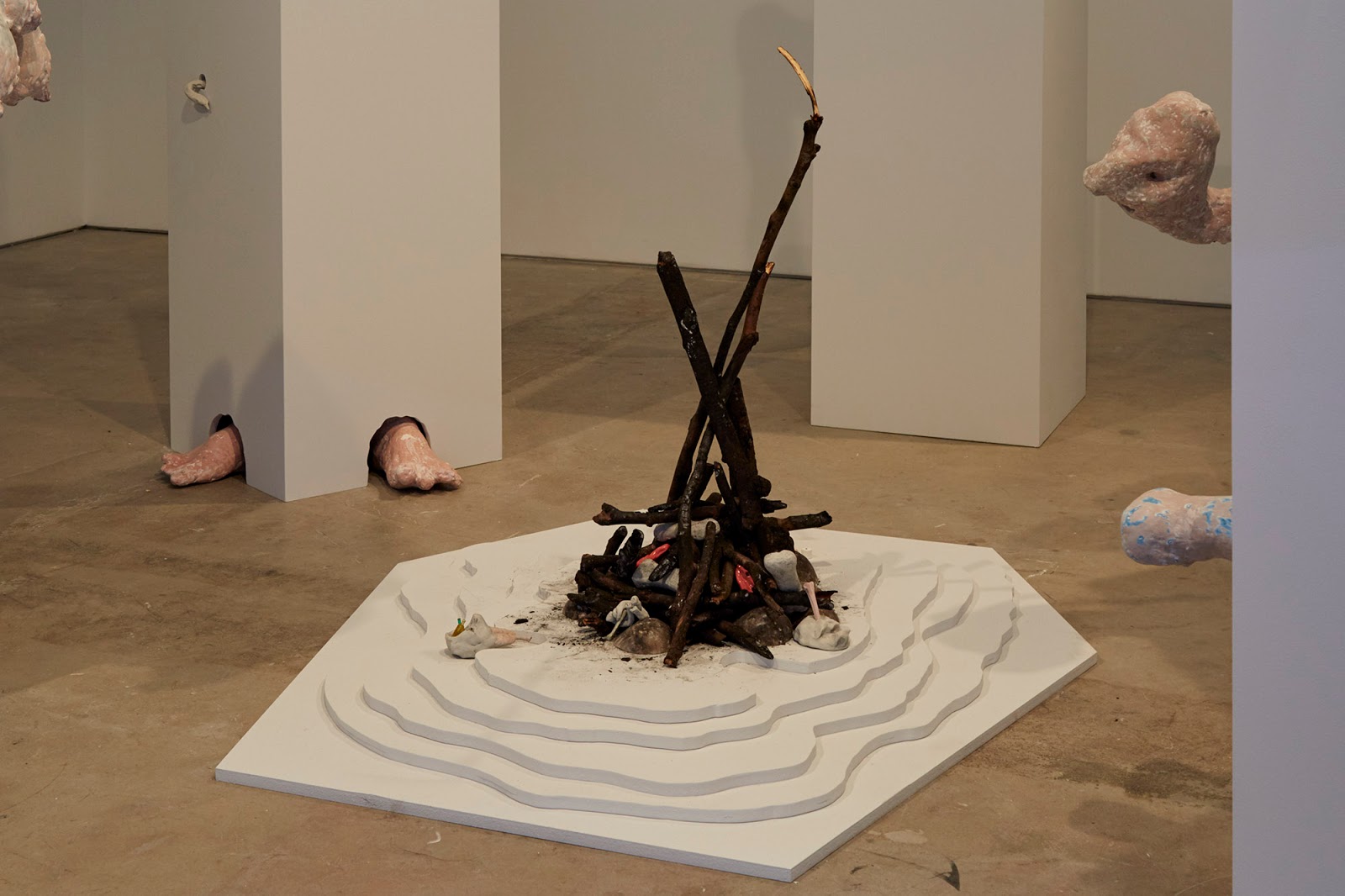 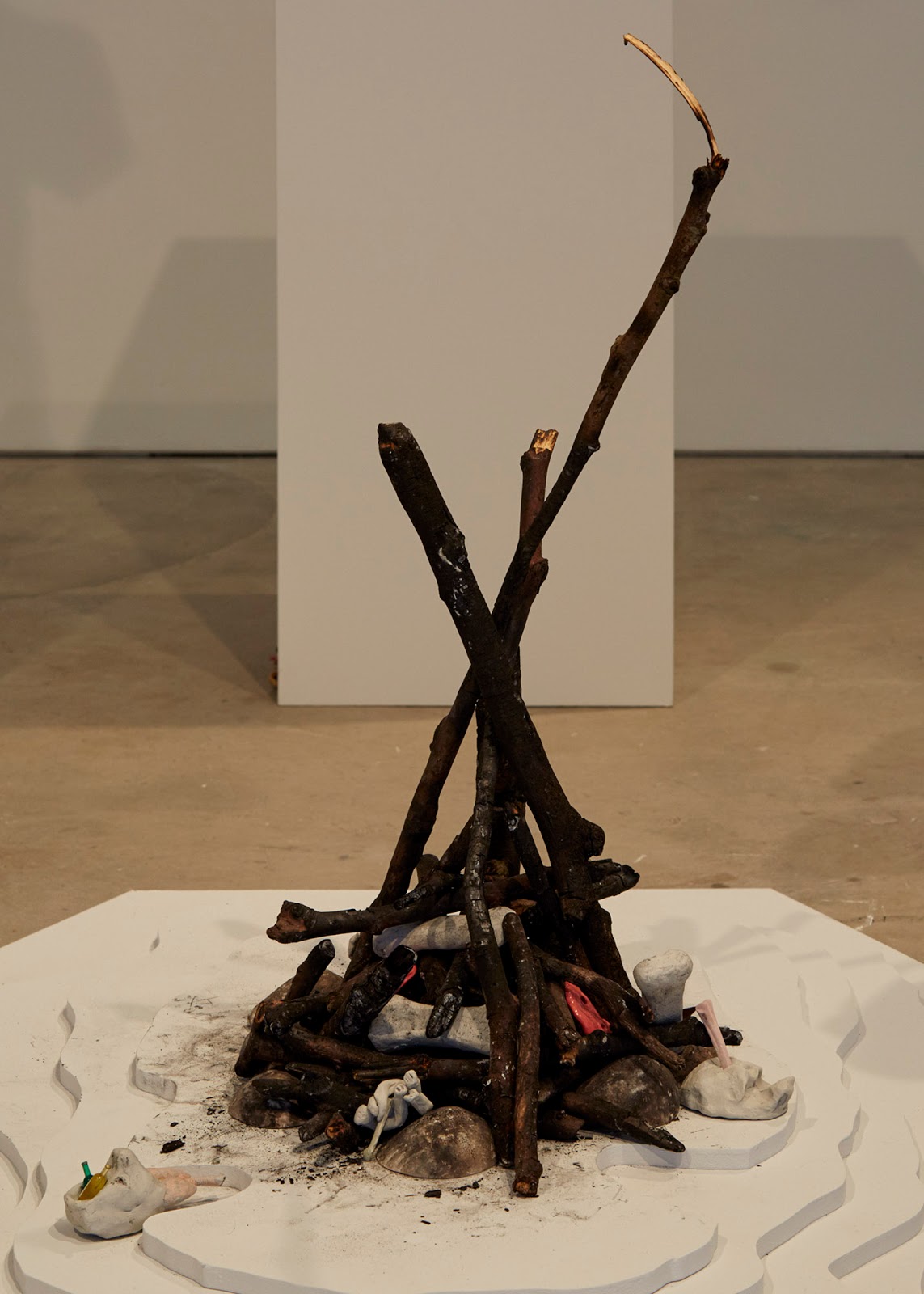 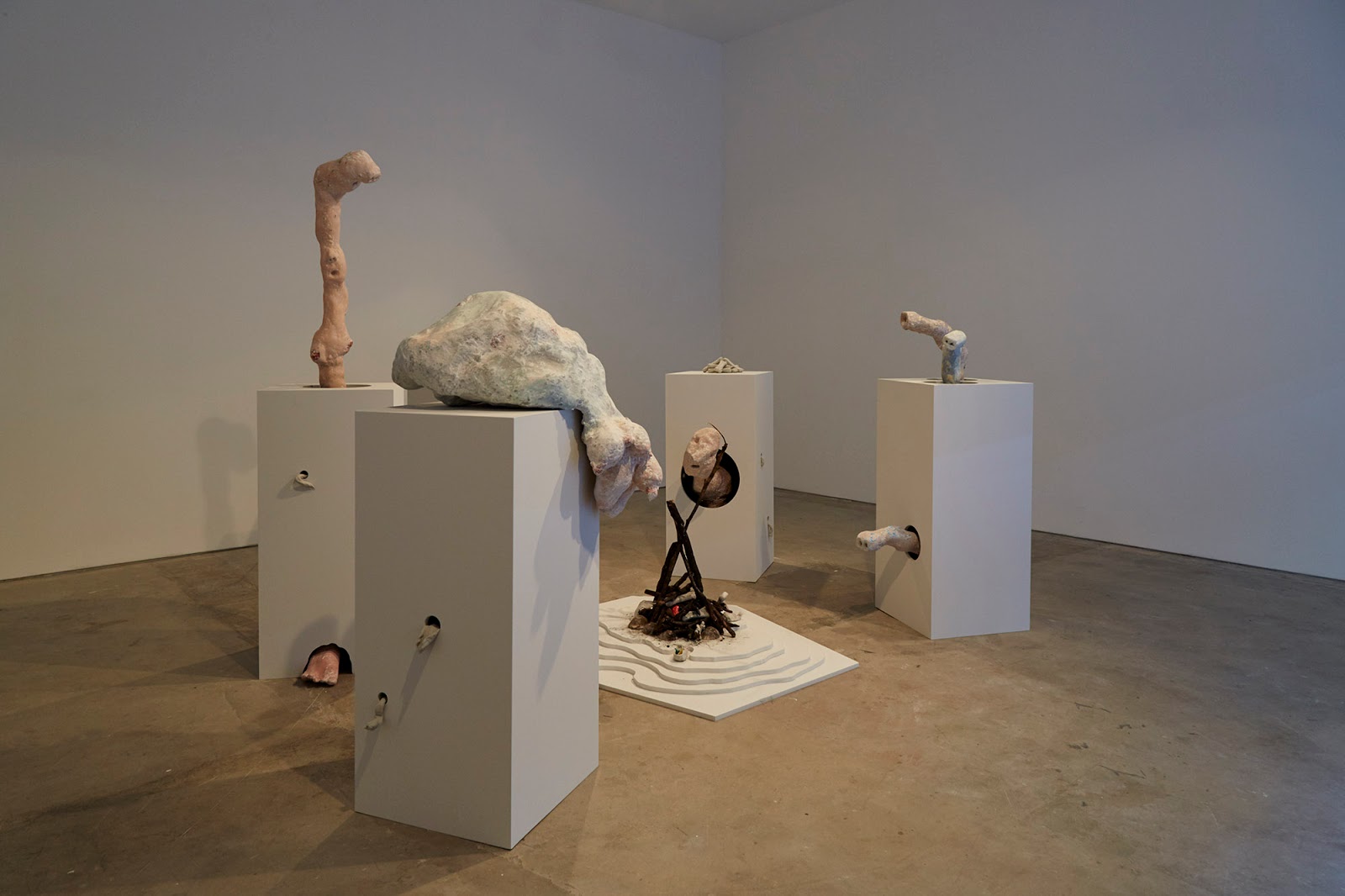 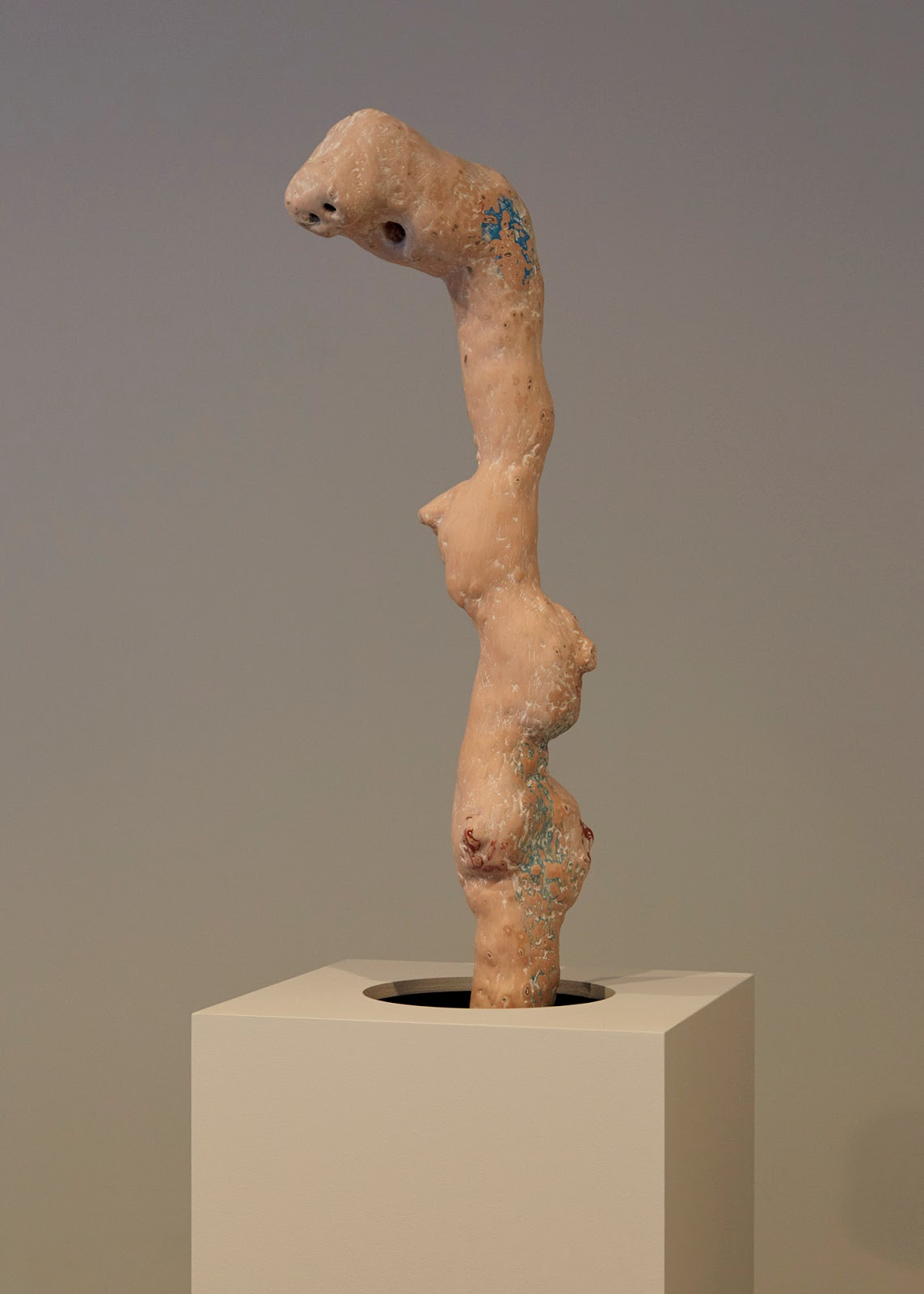 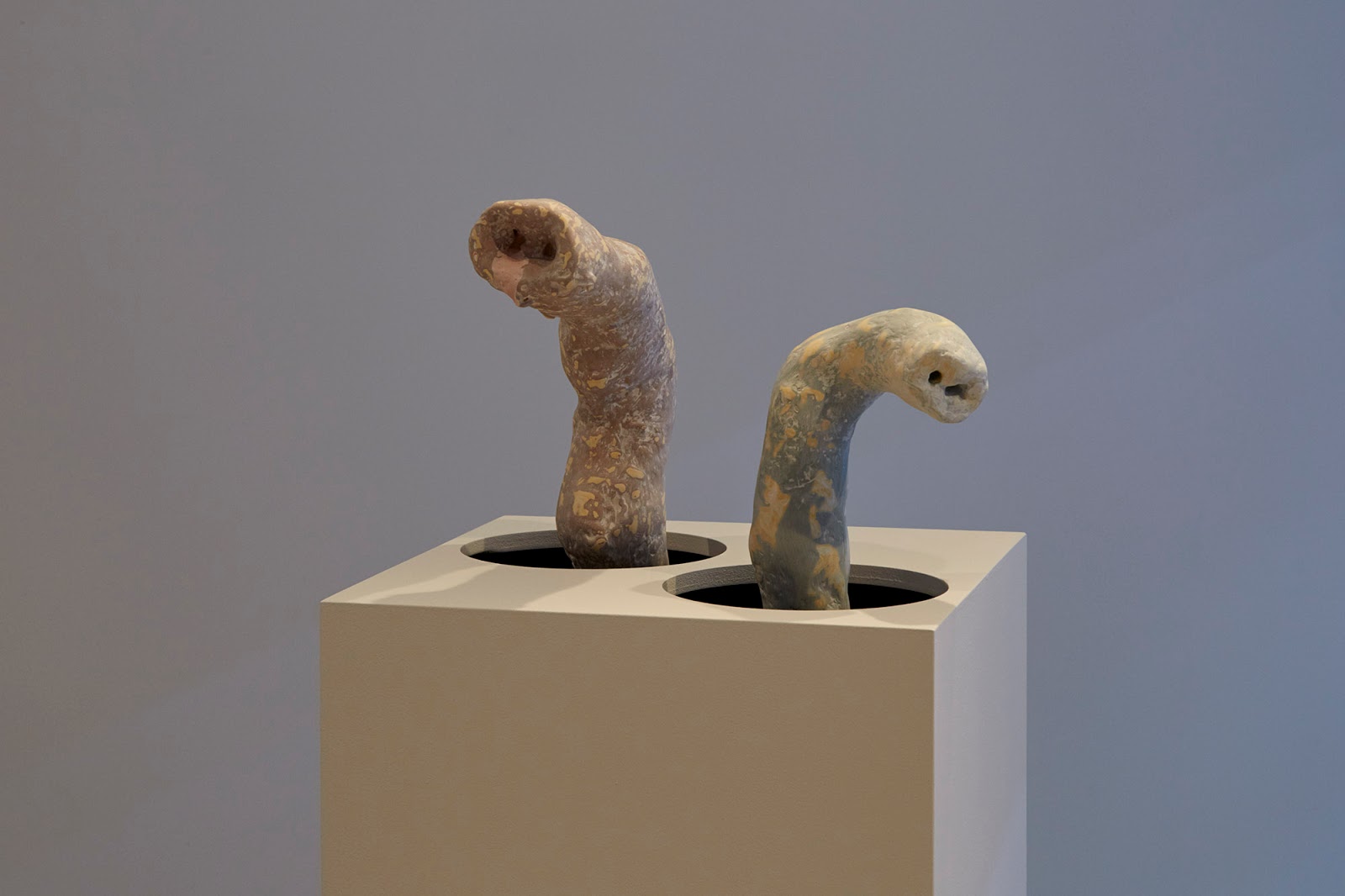 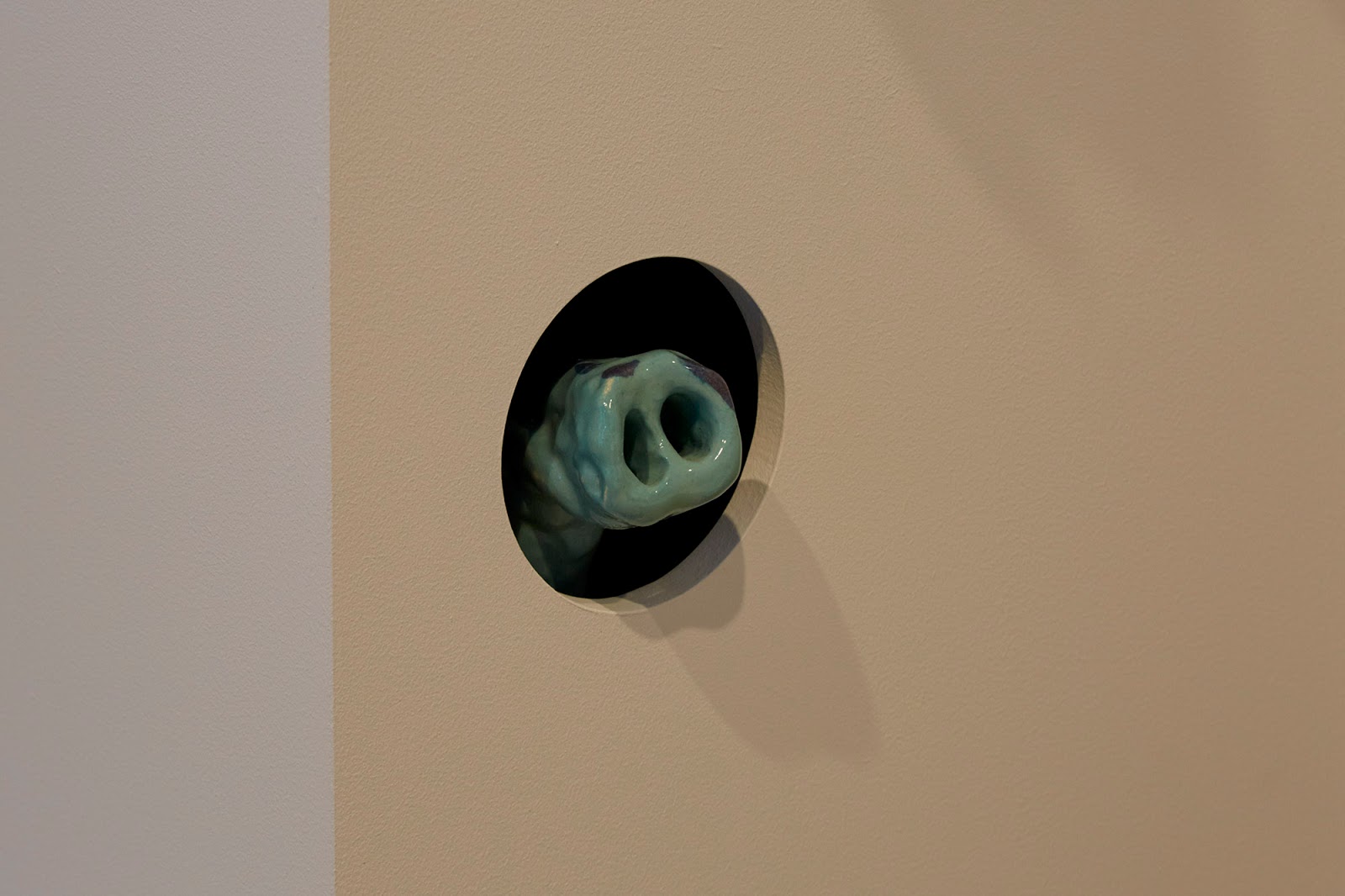 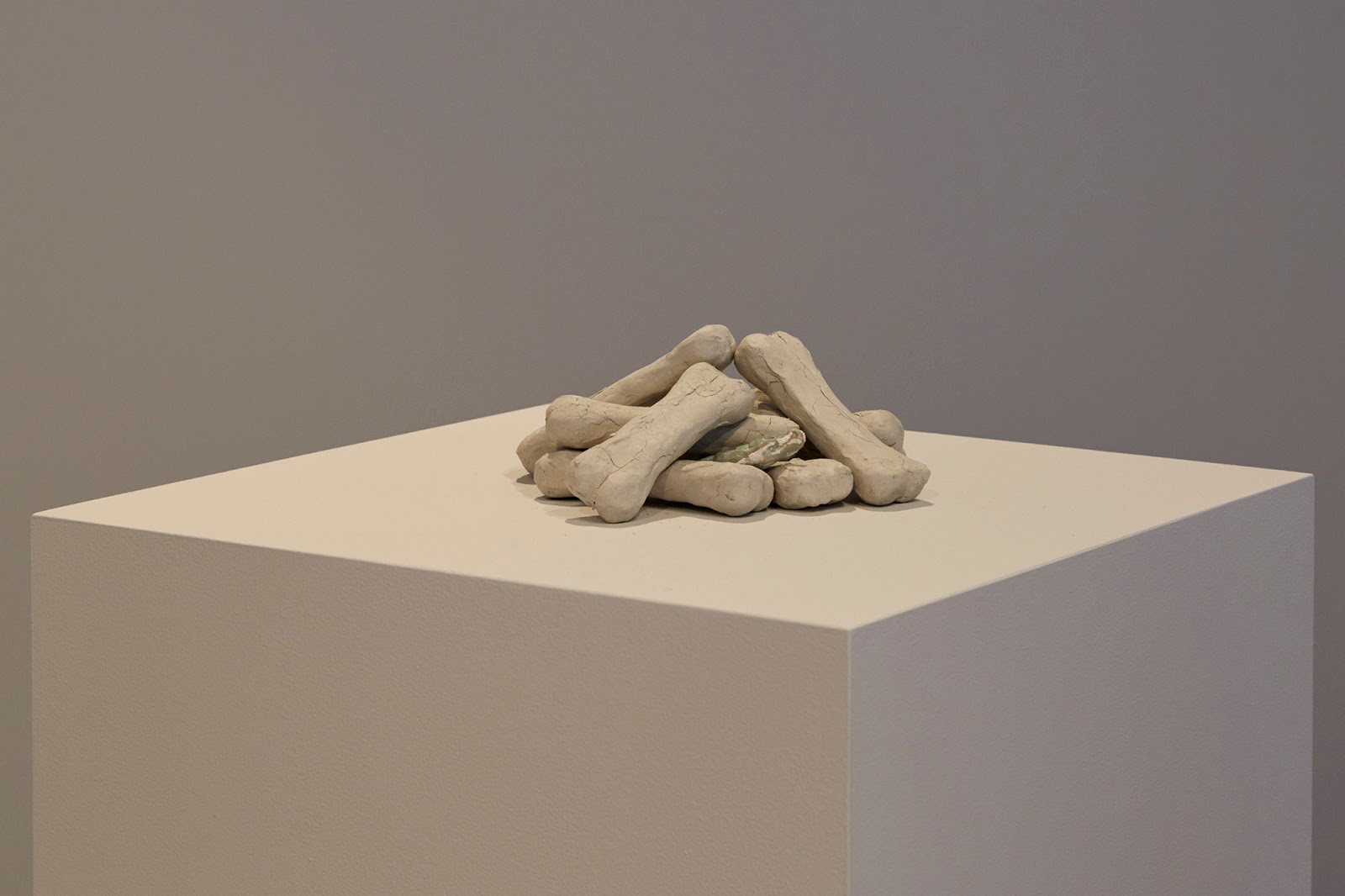 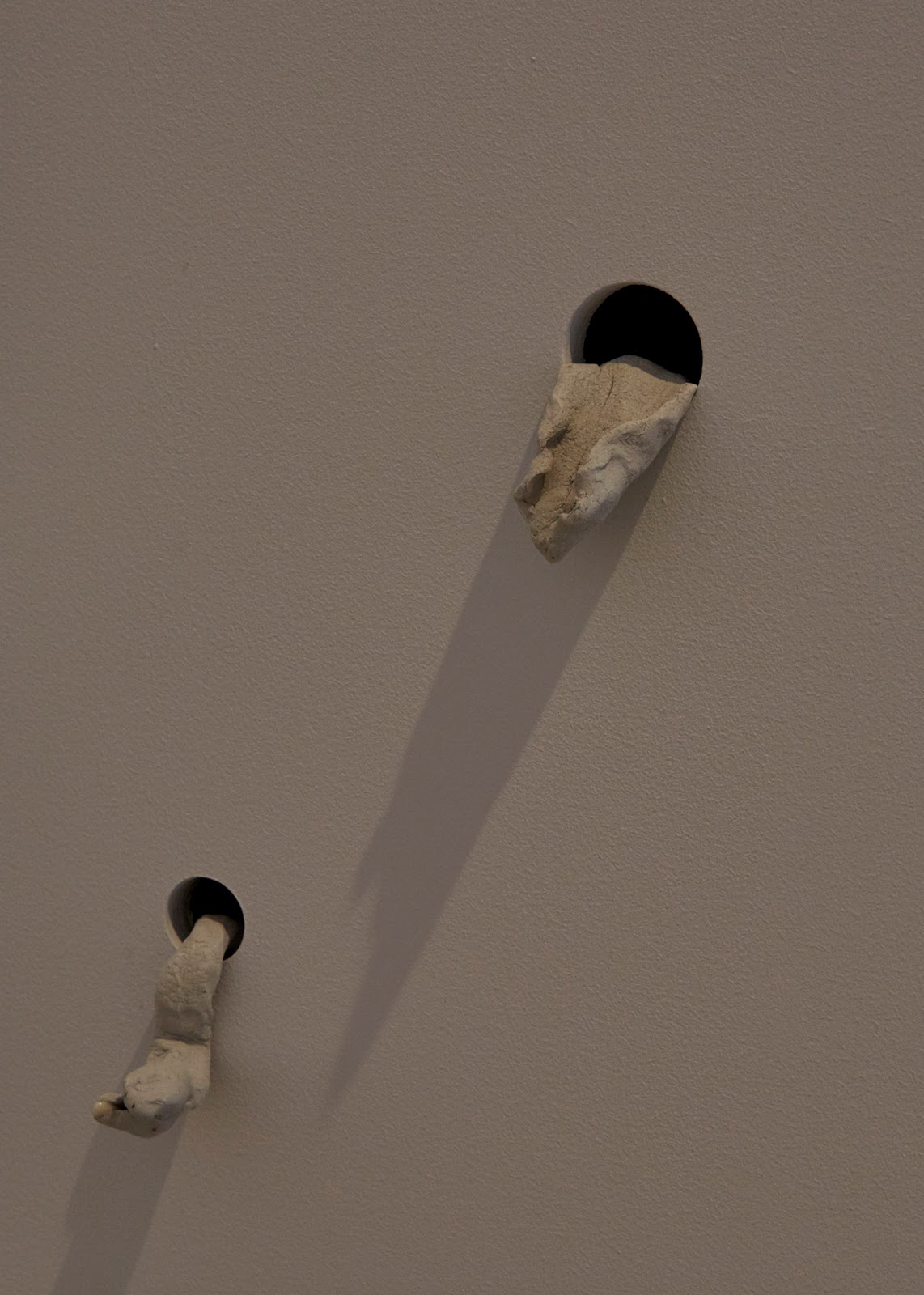 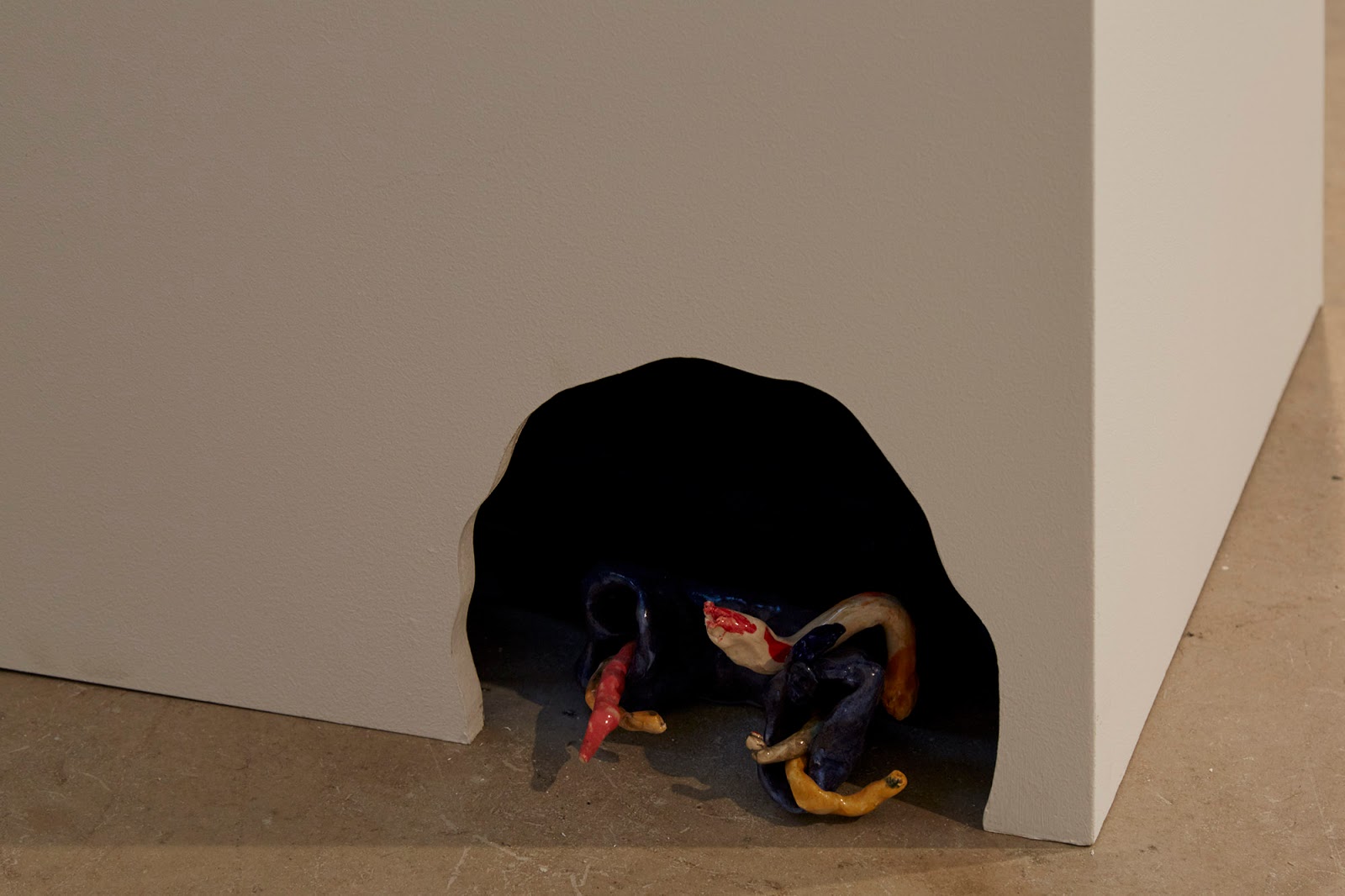 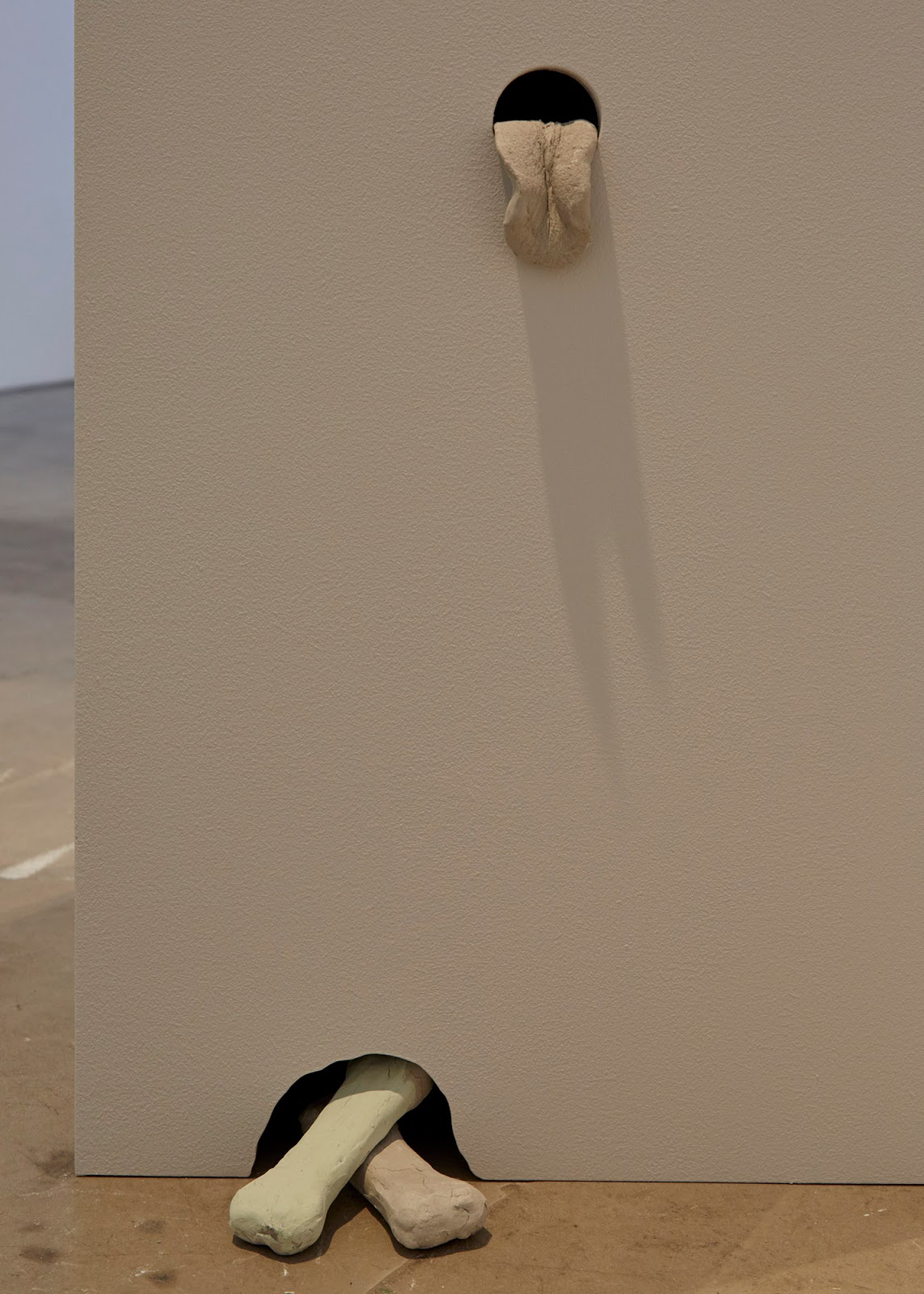 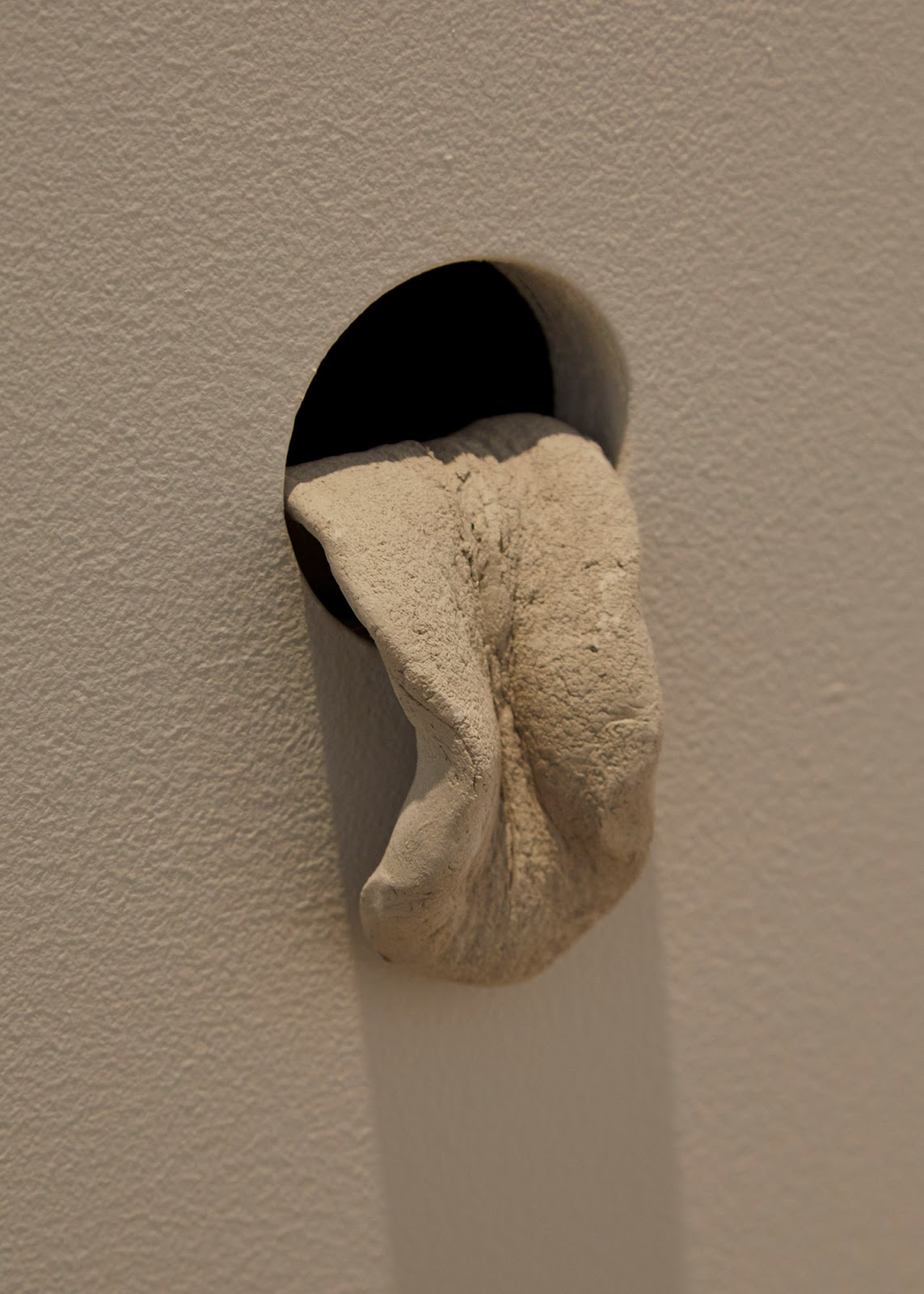 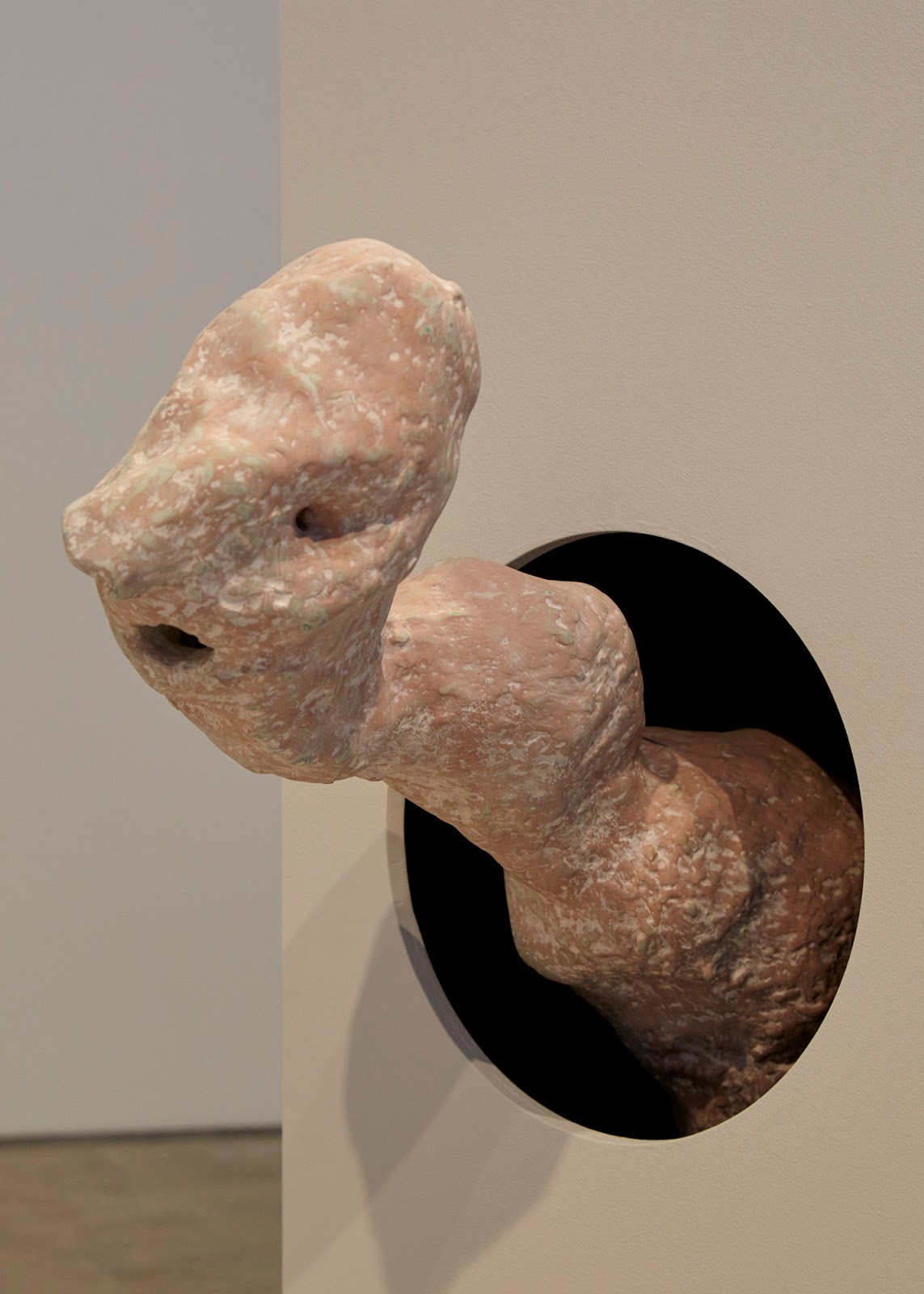 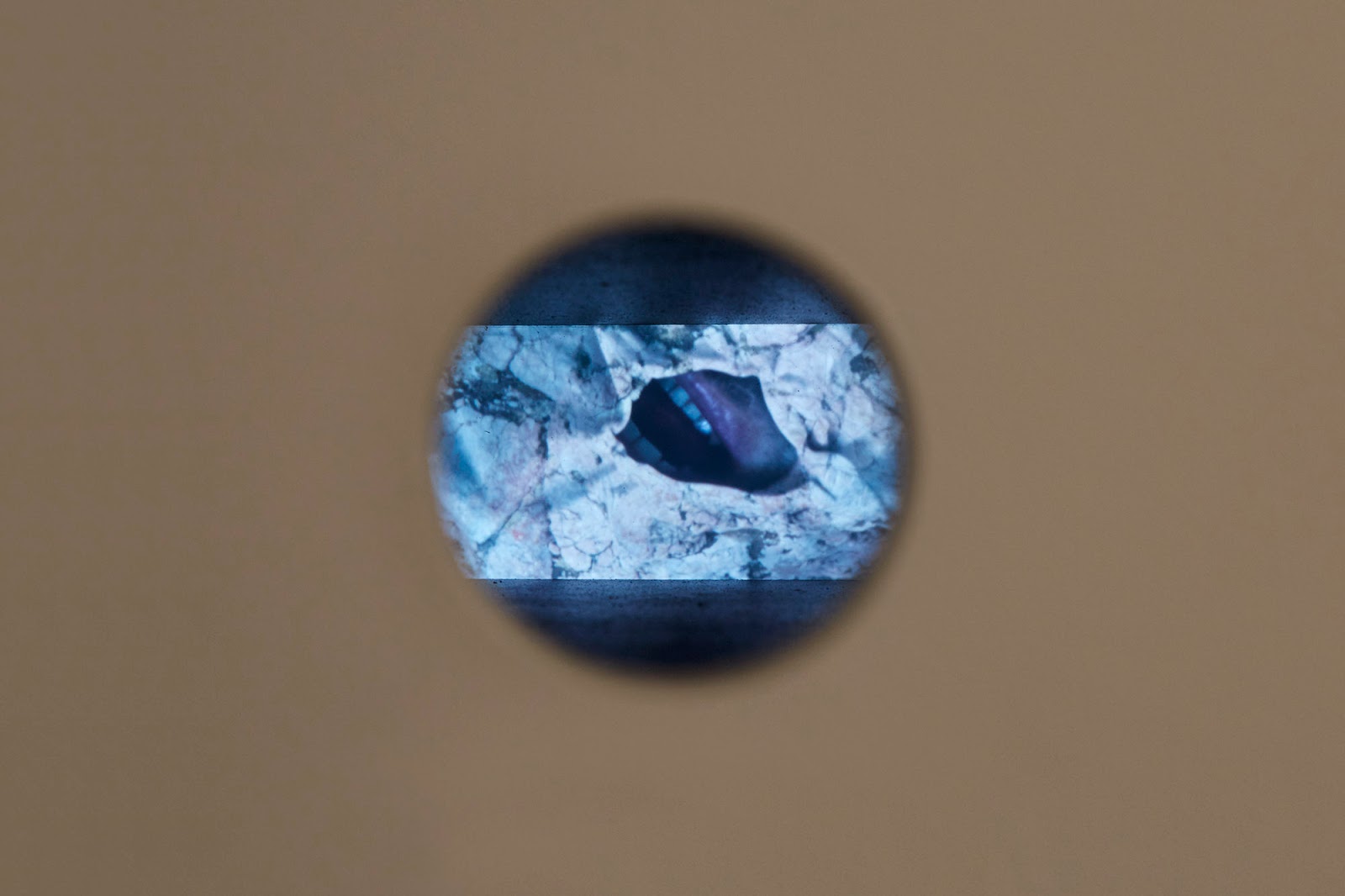 A group of five unworldly creatures of irregular forms are presented on plinths - in a familiarly prosaic way of displaying three dimensional art – posing a variety of clichéd expressions of awe and terror. A singular image of an estranged creature is breaking the circular composition. All creatures are showing different signs of decay of their multiplied organs. Alluring and inviting to eavesdrop and peek, this misleadingly naturalistic environment of an audience “sui generis” amorphic forms are gathered around the extinct remains of a bonfire, or maybe a sacrifice, still showing primordially vital leftovers of wood, bones and breasts. The combination of their static frozen expression with the fluidity of their shapes immediately alludes the act of interpretation. And yet, one cannot deny the fundamental humoristic filter applied here, even though the horrific cries of a confined being, pounding upon a stone cage, are spread through the exhibitions space. Still the exaggerated grandeur of this frozen moment evades the expectations of a wondrous tale.

As in every good story, the mixture of materials, exaggerated forms and positions is both proverbial and foreign. A good lie is an invention of the imagination, a creative act of escapism. The hyperbole, the typological exaggerated narrative of glorious wondrous deeds and sights, existing at the ends of the earth, told to distinct intimate groups is based upon the fact the narrator and hero are one and the same. In the first manifesto of Surrealism Breton wrote: “What is admirable about the fantastic is that there isn’t anything fantastic;there is only the real”.This Installation rejects the banal idea that “the real” must draw its affirmation from the fantastic. The artistic act that longs for the creation of something wondrous and unworldly, is transferred through image, thus is always bound back to the limits of reality.Thus the fictional elements that stand at the basis of the artistic act become themselves the reason for the expressions of disbelief. Something terribly wondrous has just been told, a great deed performed; but there is no captivating story-teller, no hero in sight, only a fantastic scene with its’ inner logic and imaginary, escaping the immediate functionality of common-sense.

In this exhibition Miriam Naeh continues her exploration into the phenomenology of absurd through a careful and deliberate infusion of static sculpture and theatrical performance. In this scene of what might be called a “liar’s paradise” of outmost strangers, her organically worm like statues are not just the entertaining grotesque images perceived at first glance, but also and simultaneously real representatives of the uncanny. A gap is created as a reflexive evidence of the synthetic act that fuses the fictional with the real.This gap allows her to shed light upon the artistic act itself, which is manifested through the images that hide from logic, fleeing it towards the imaginary.