All photographs courtesy of the artist and Crèvecœur, Paris. © Aurélien Mole 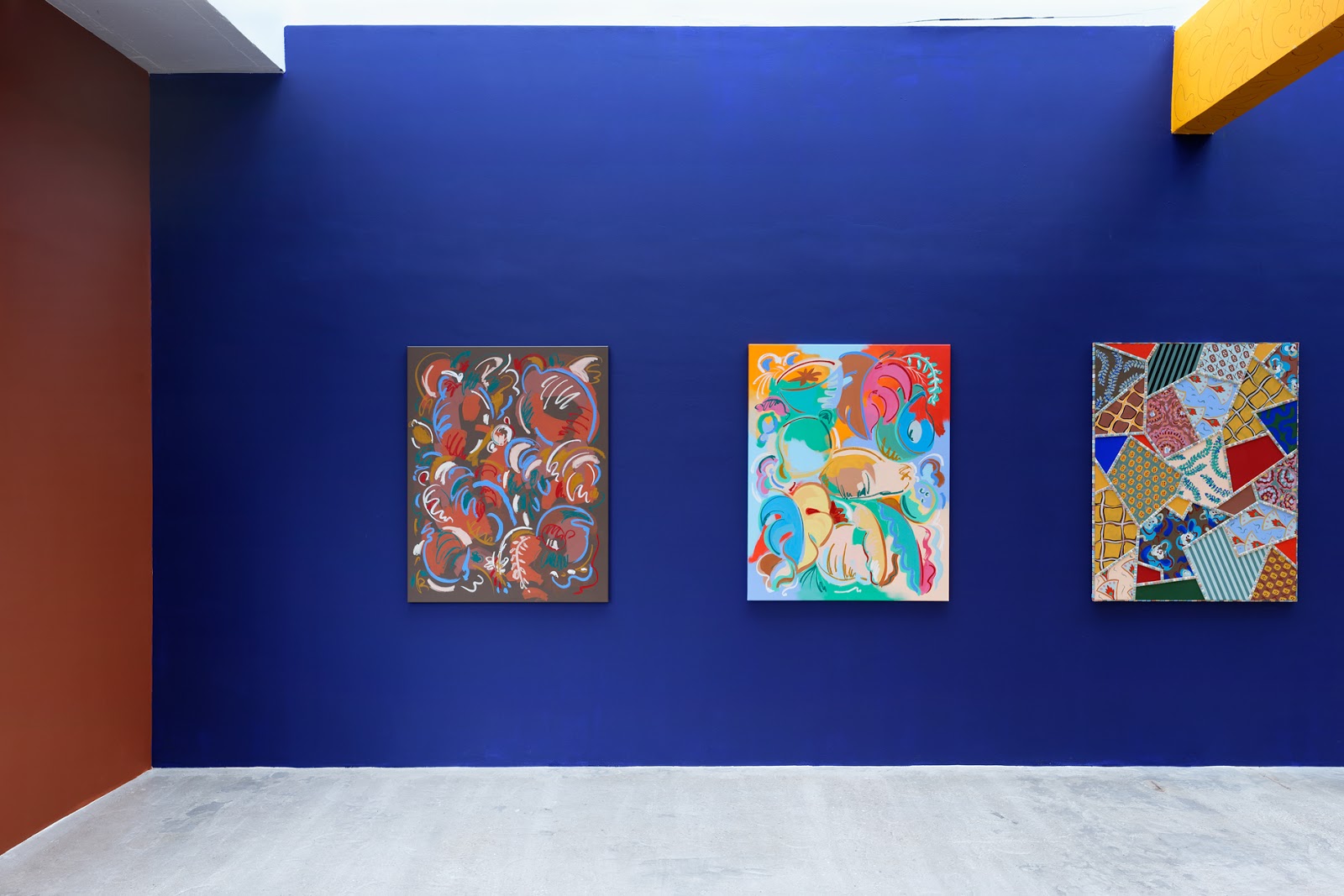 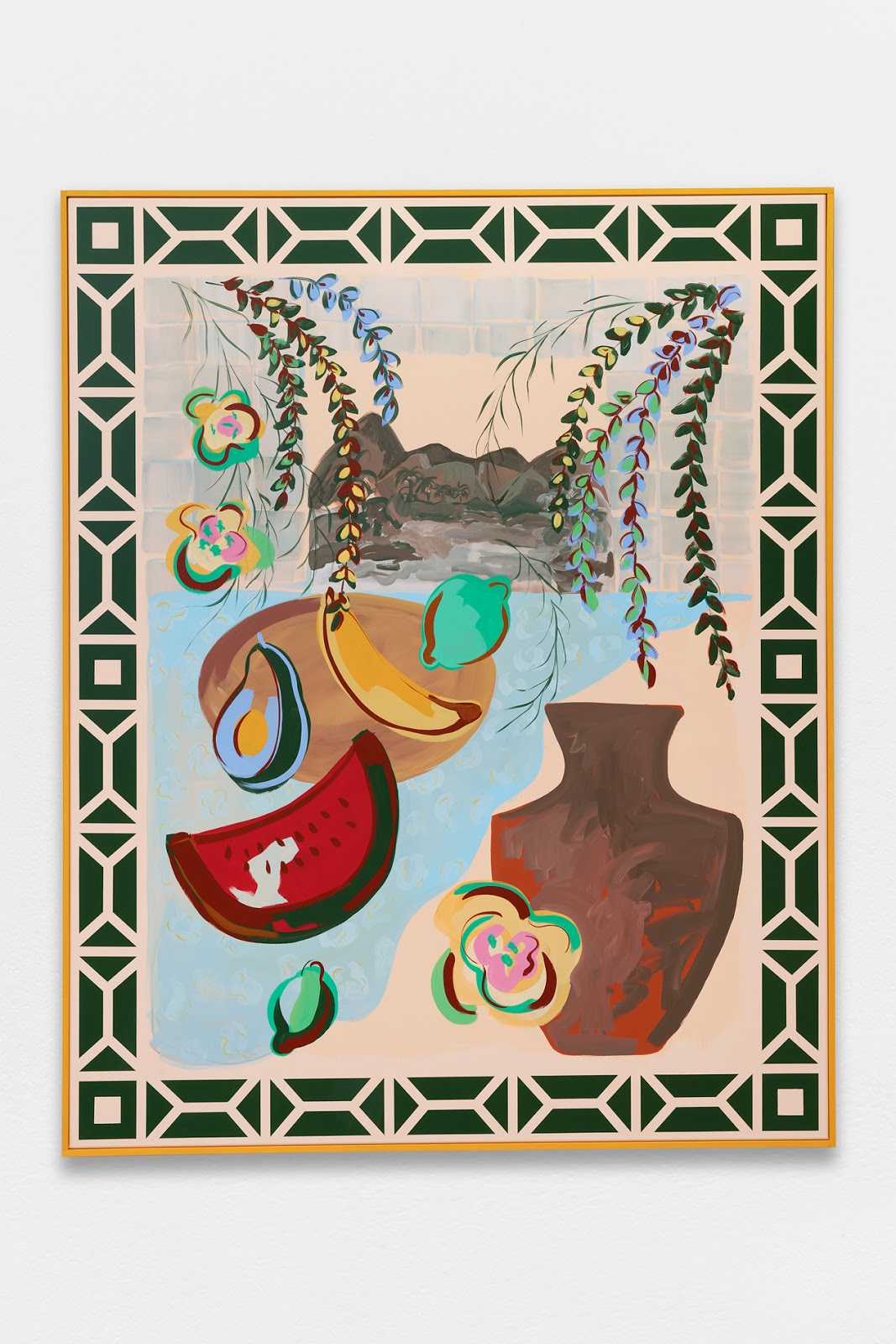 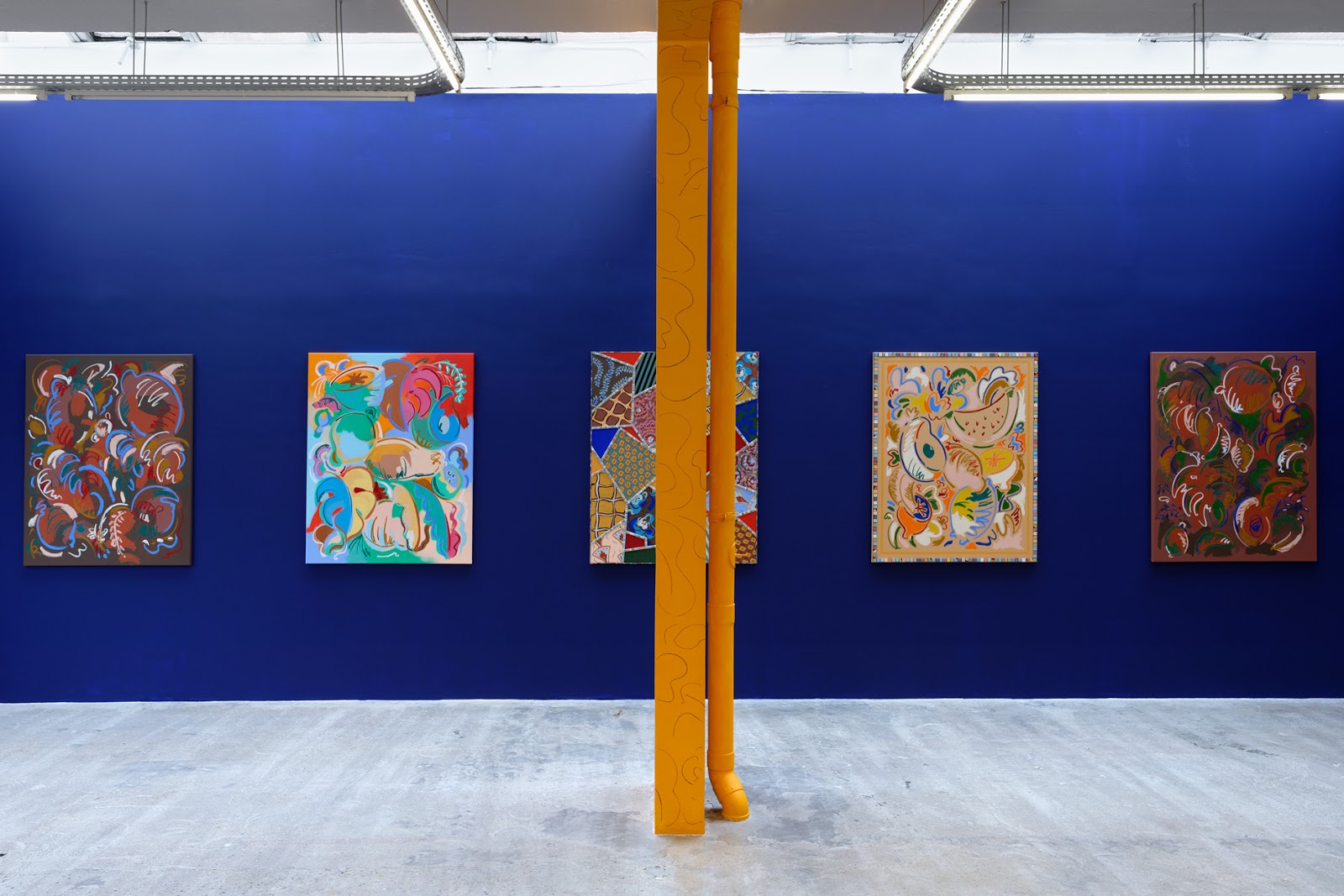 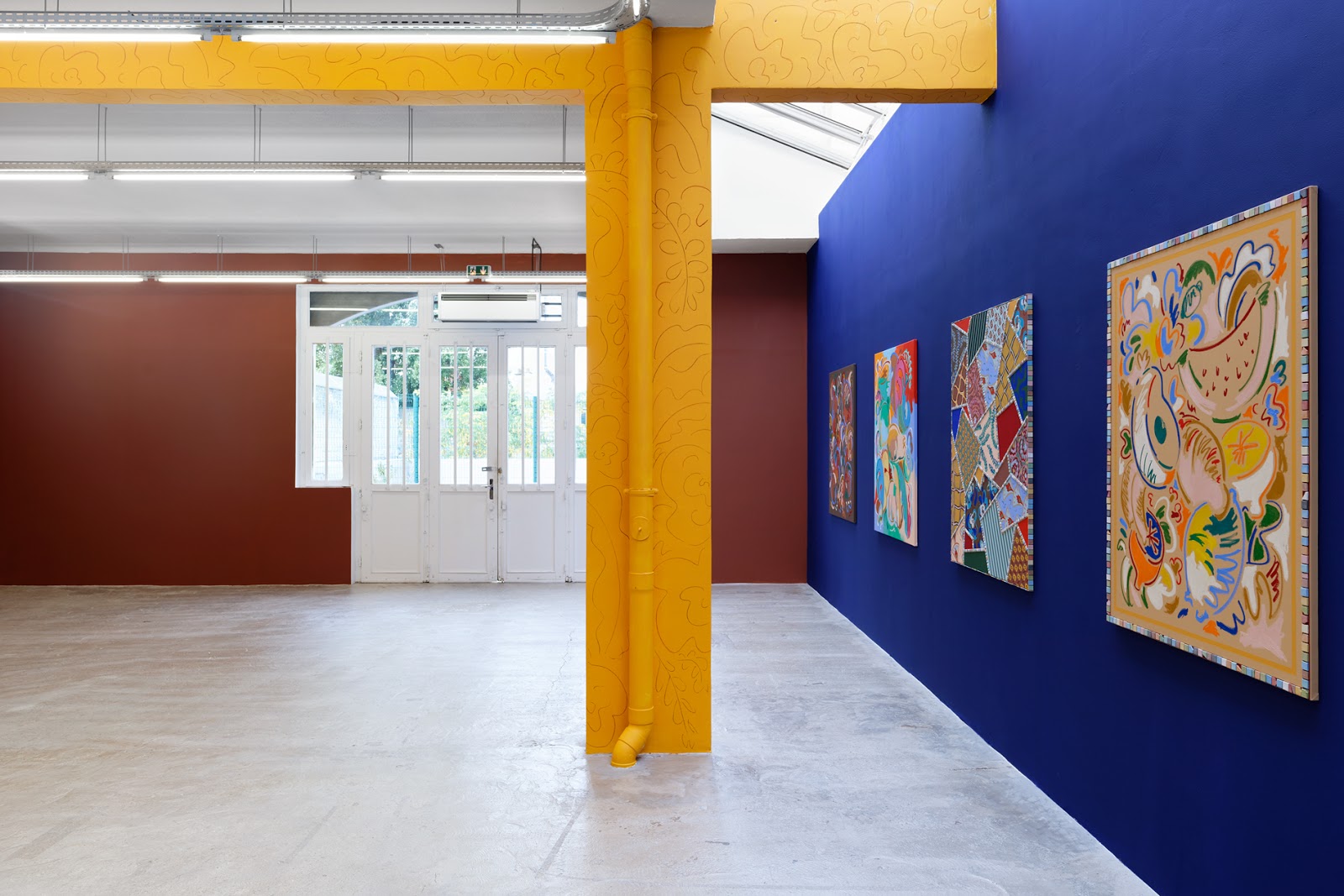 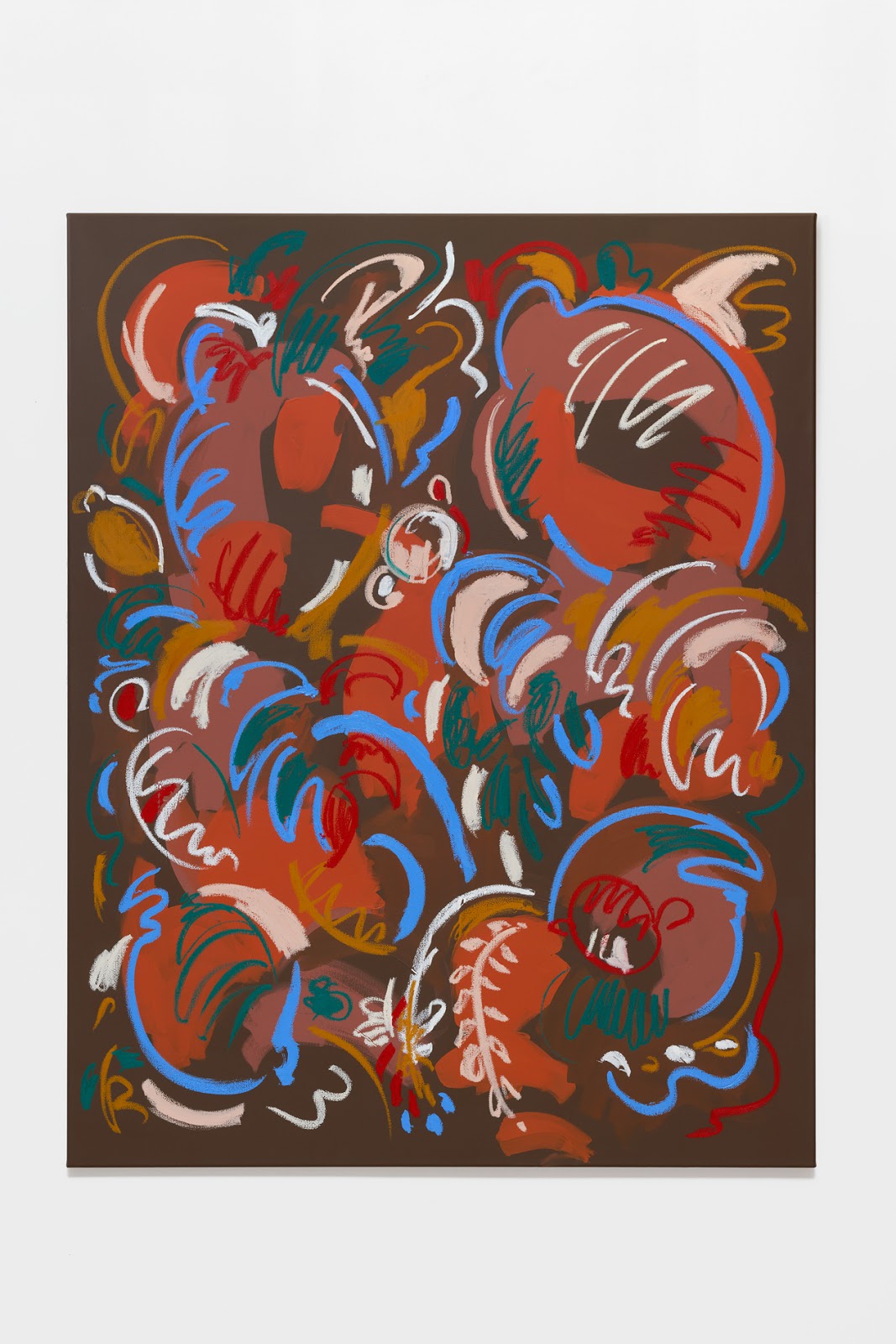 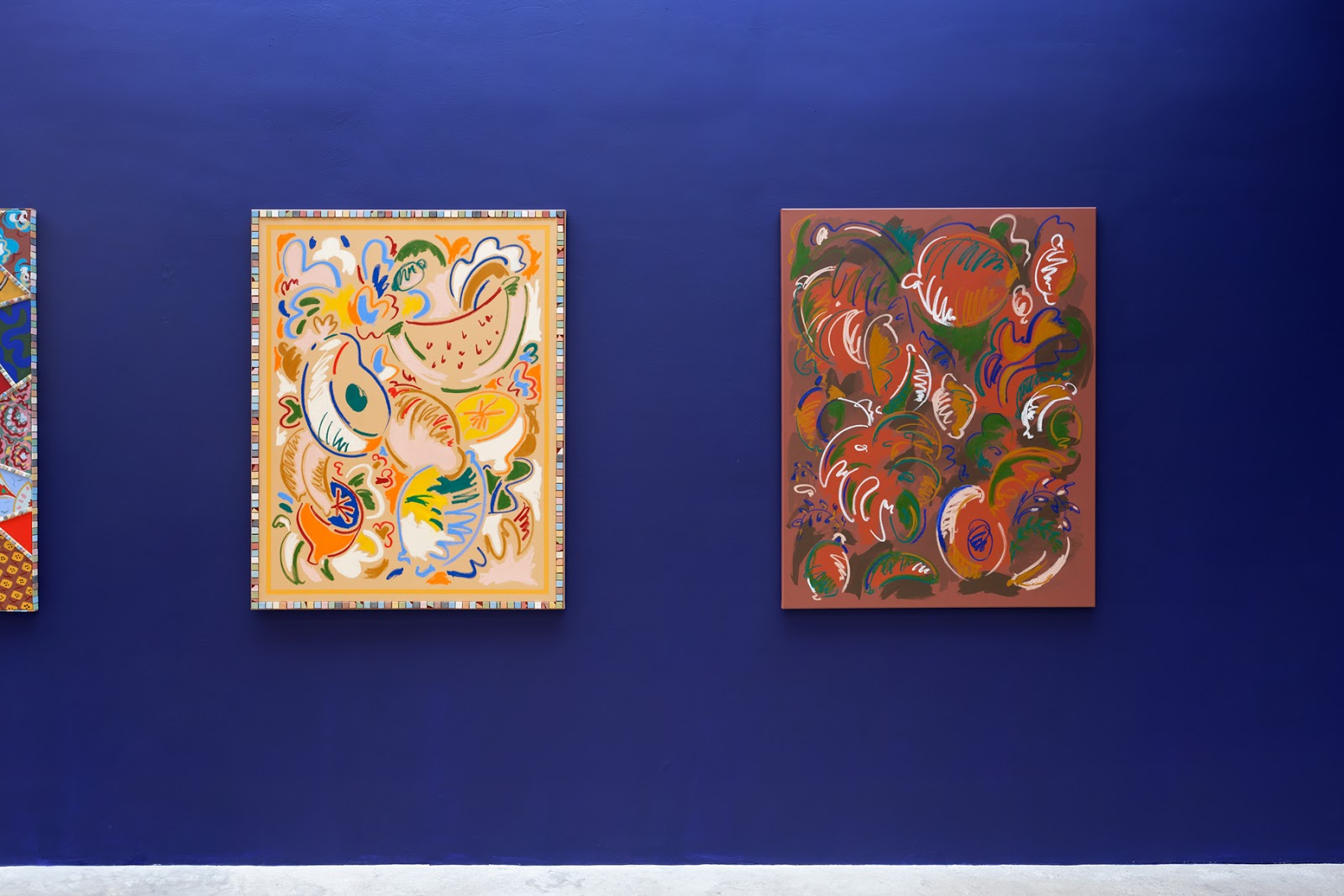 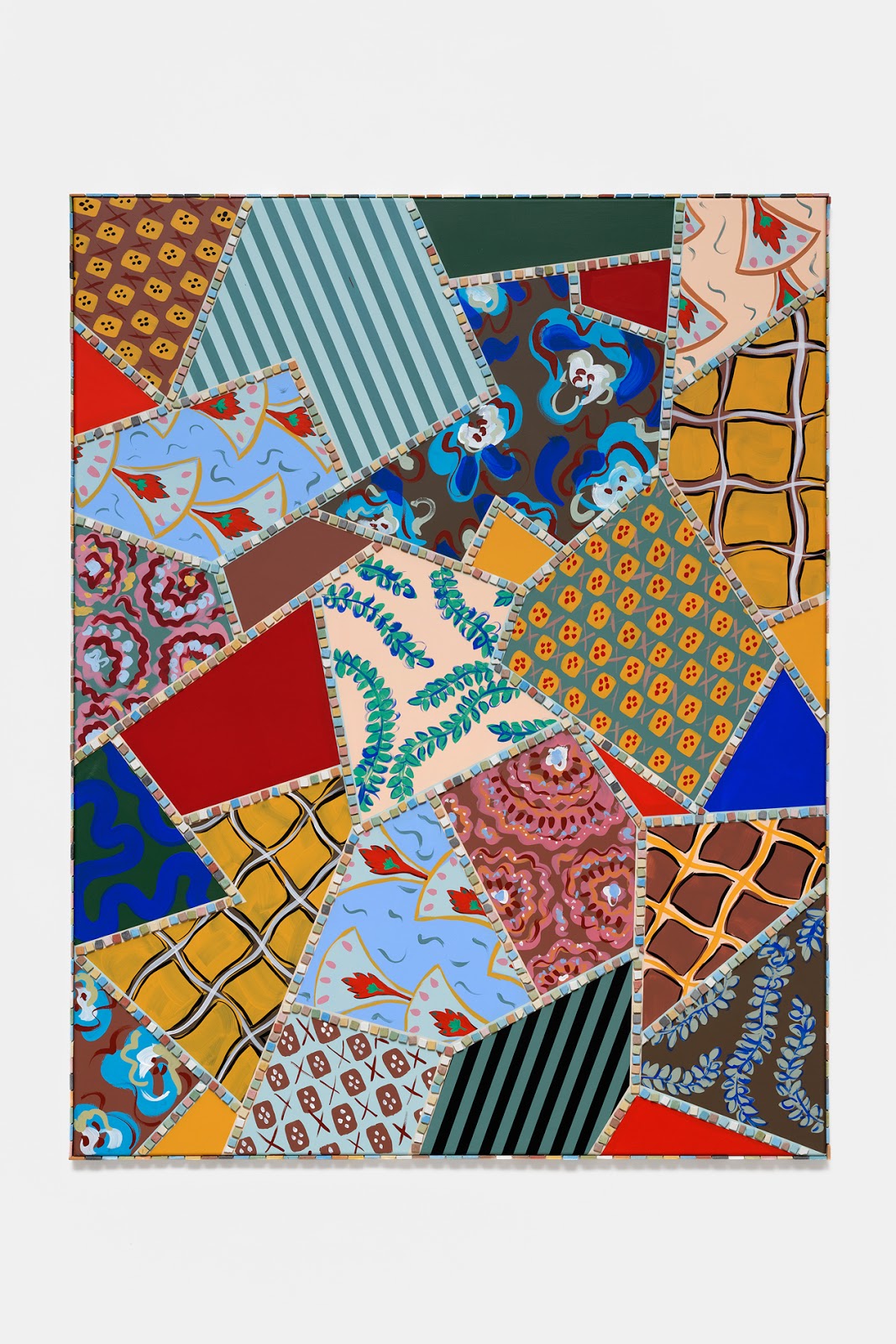 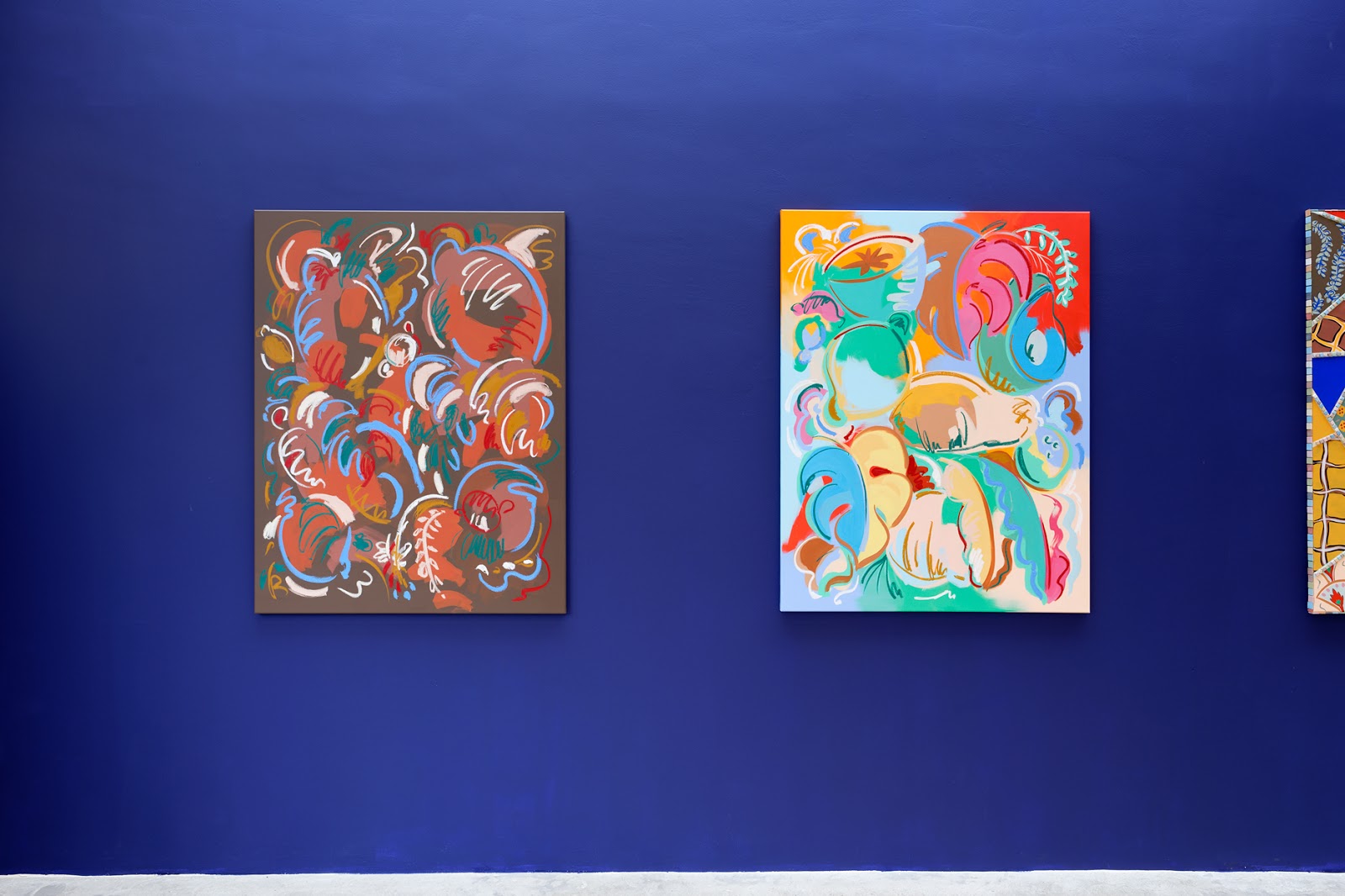 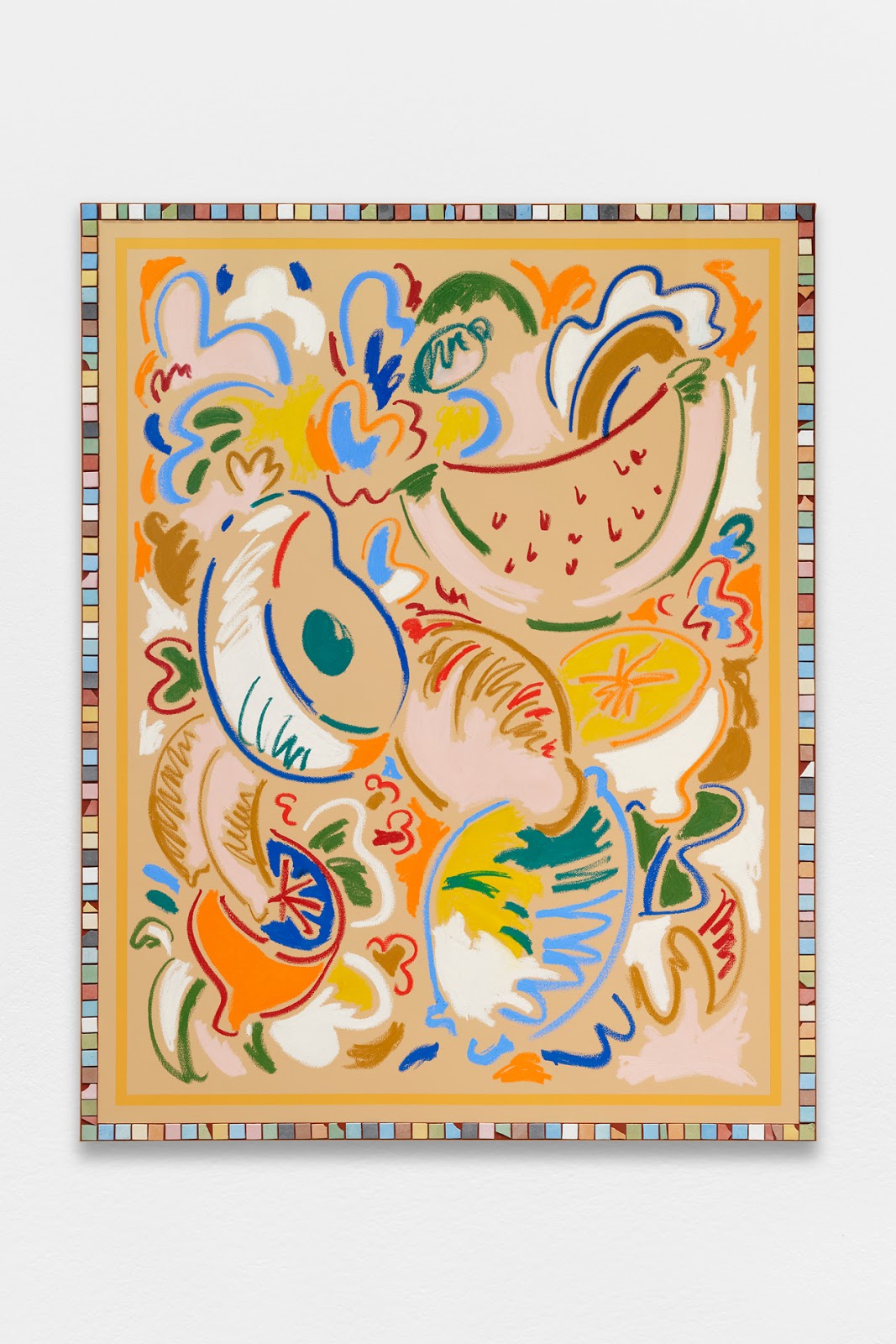 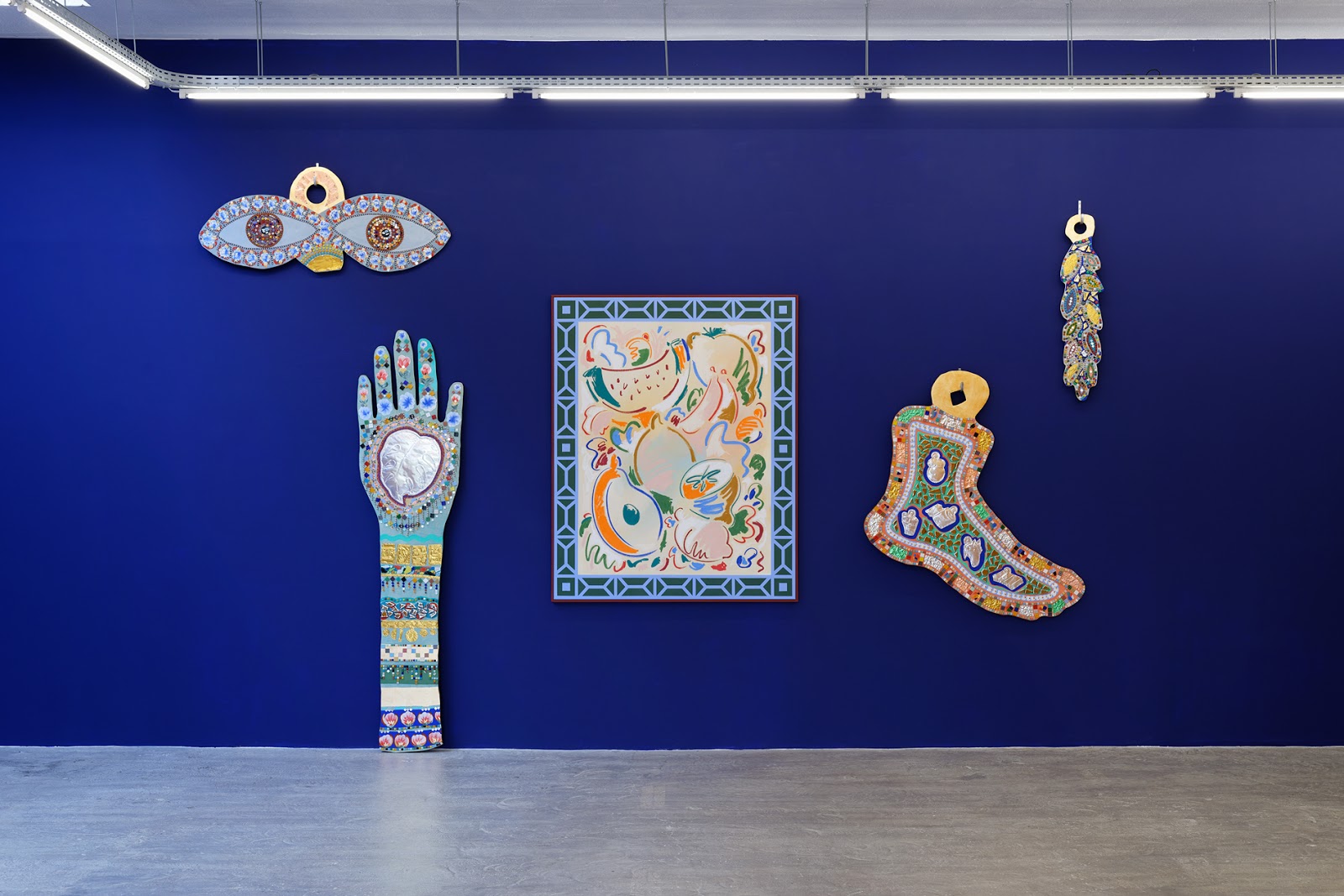 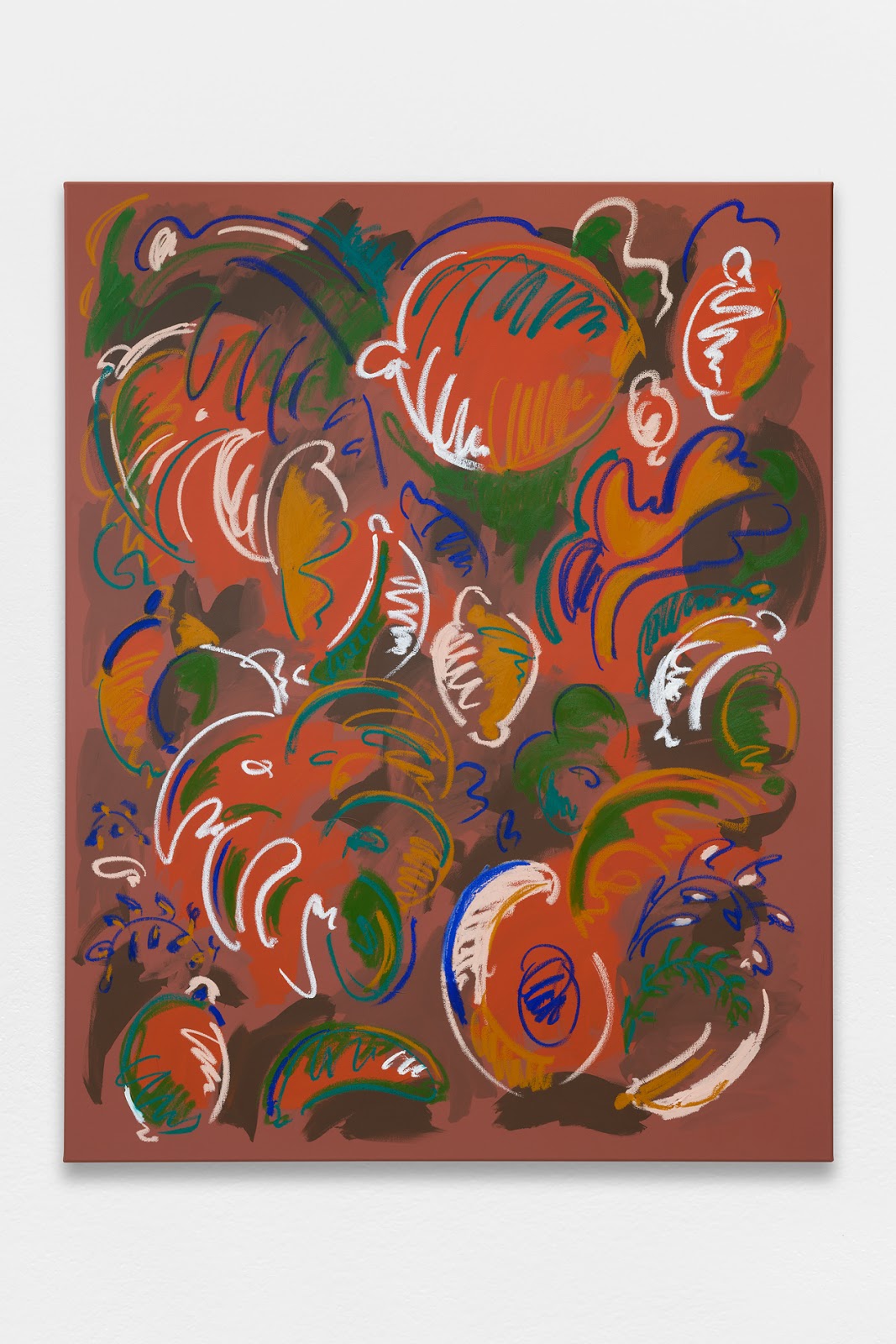 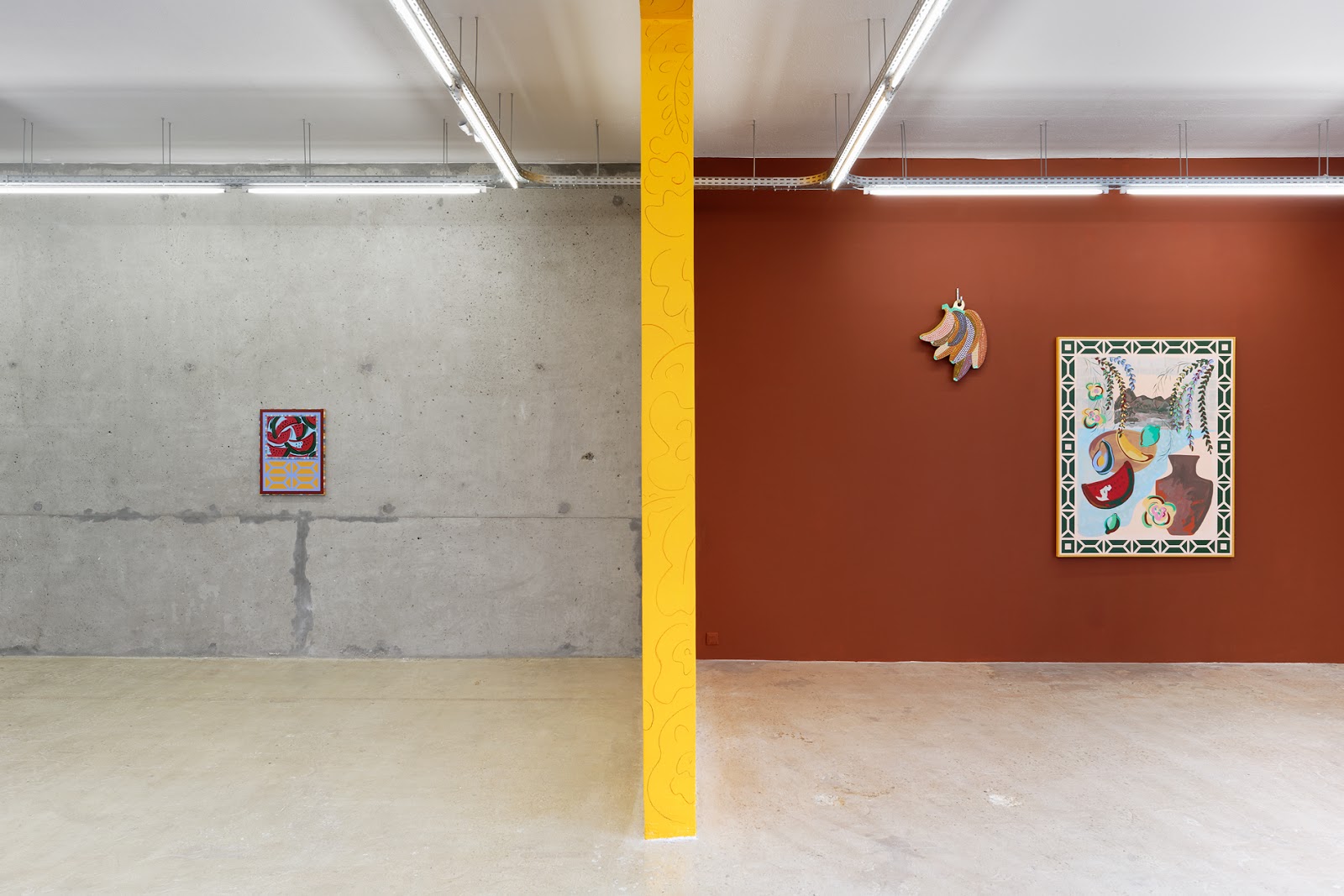 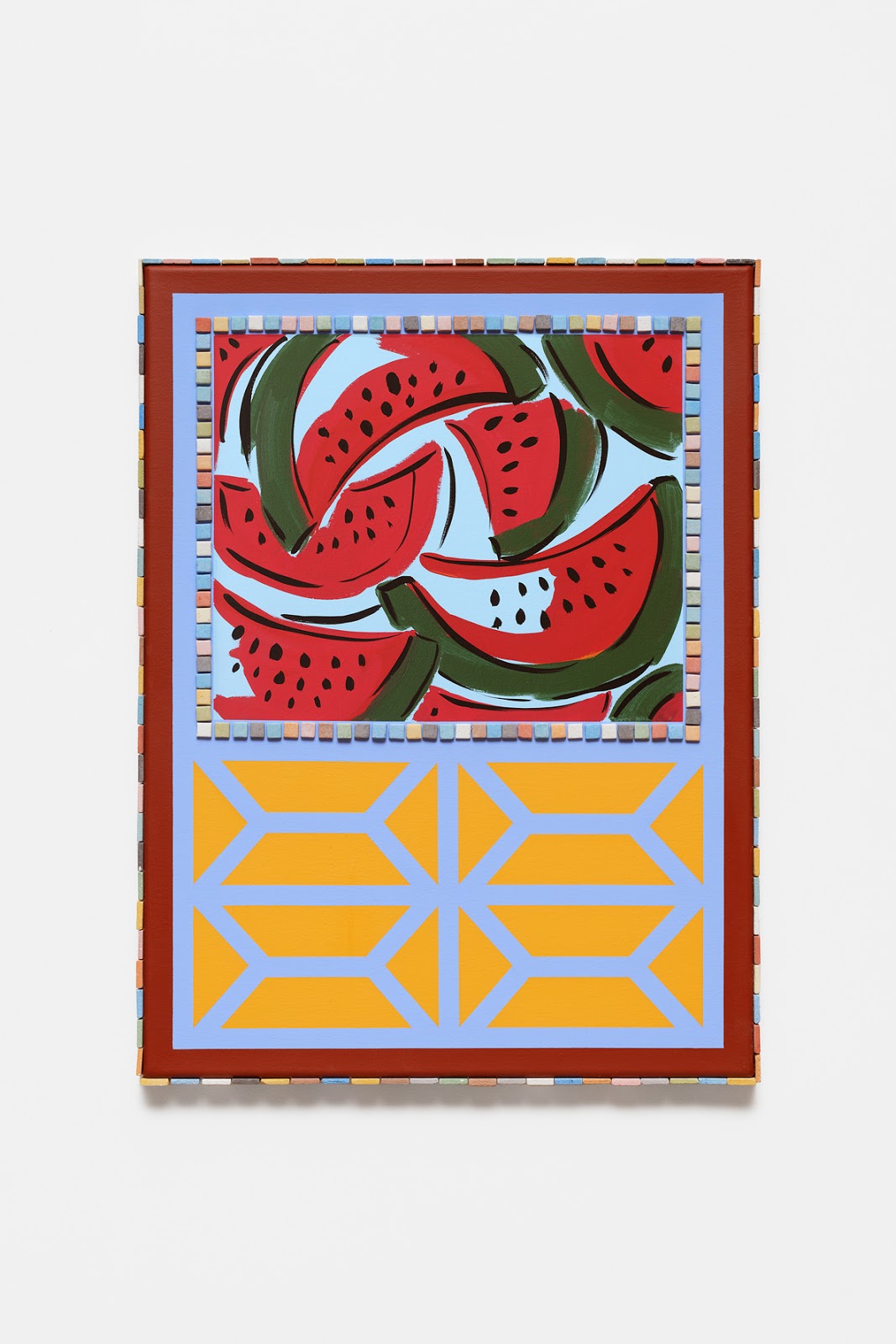 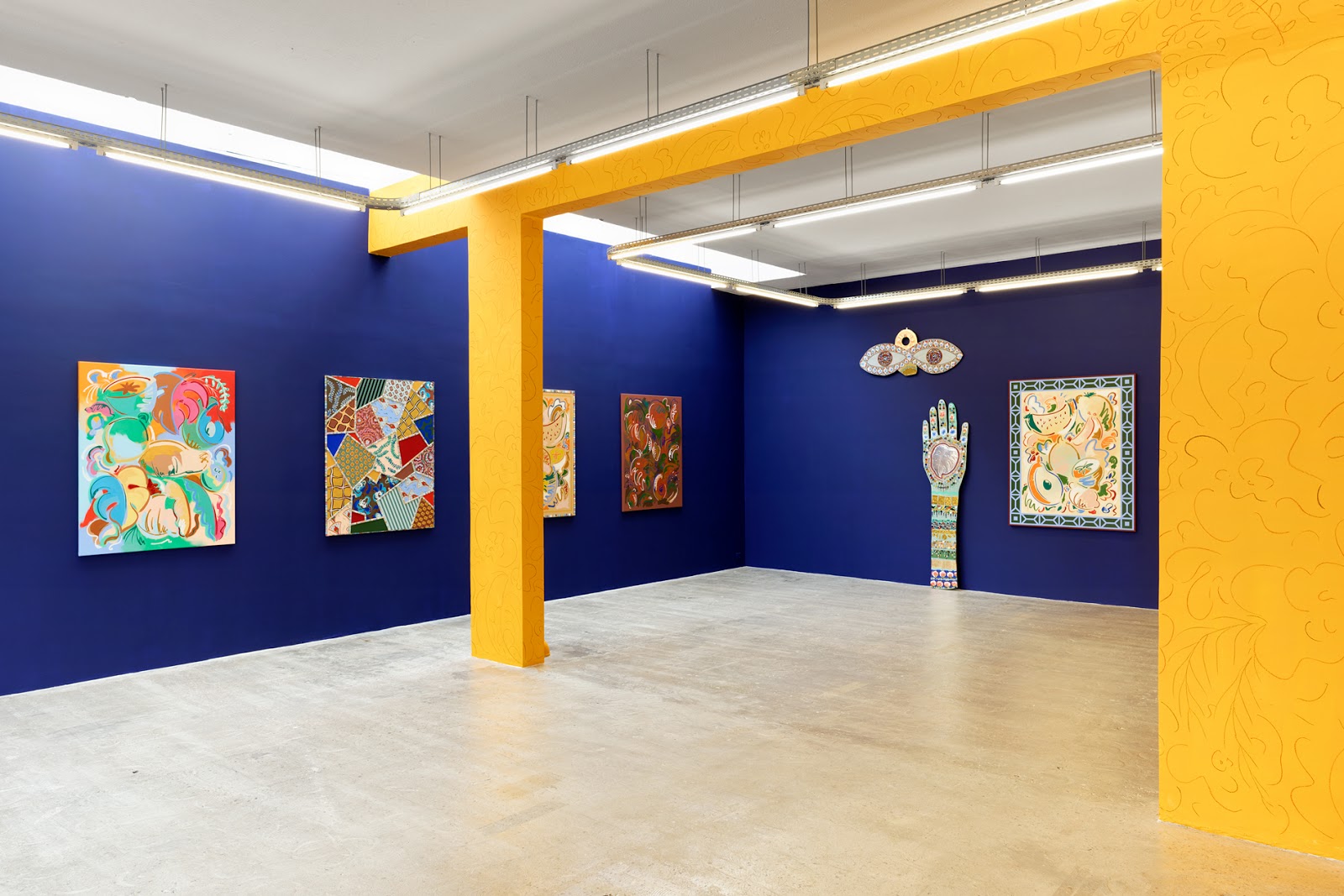 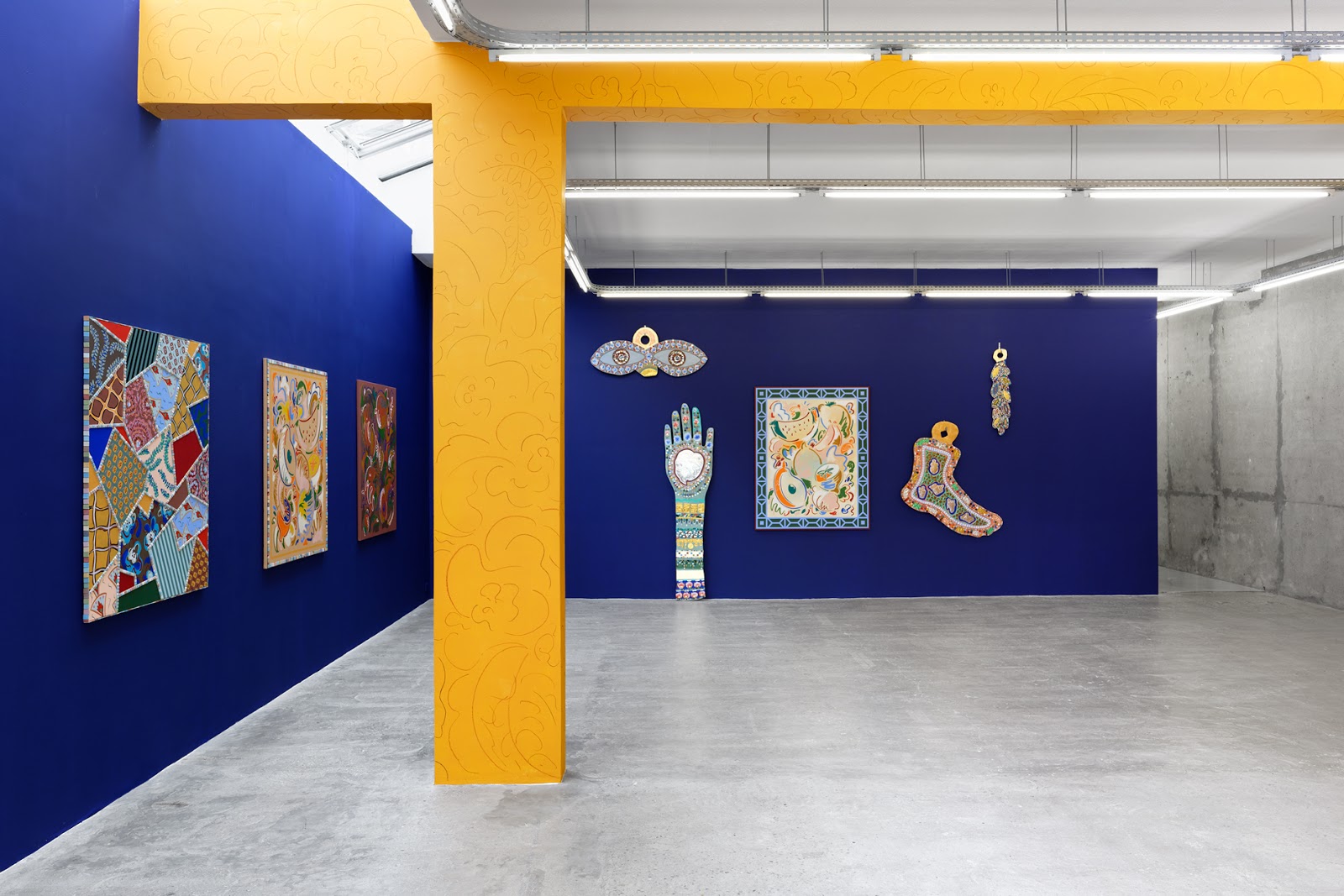 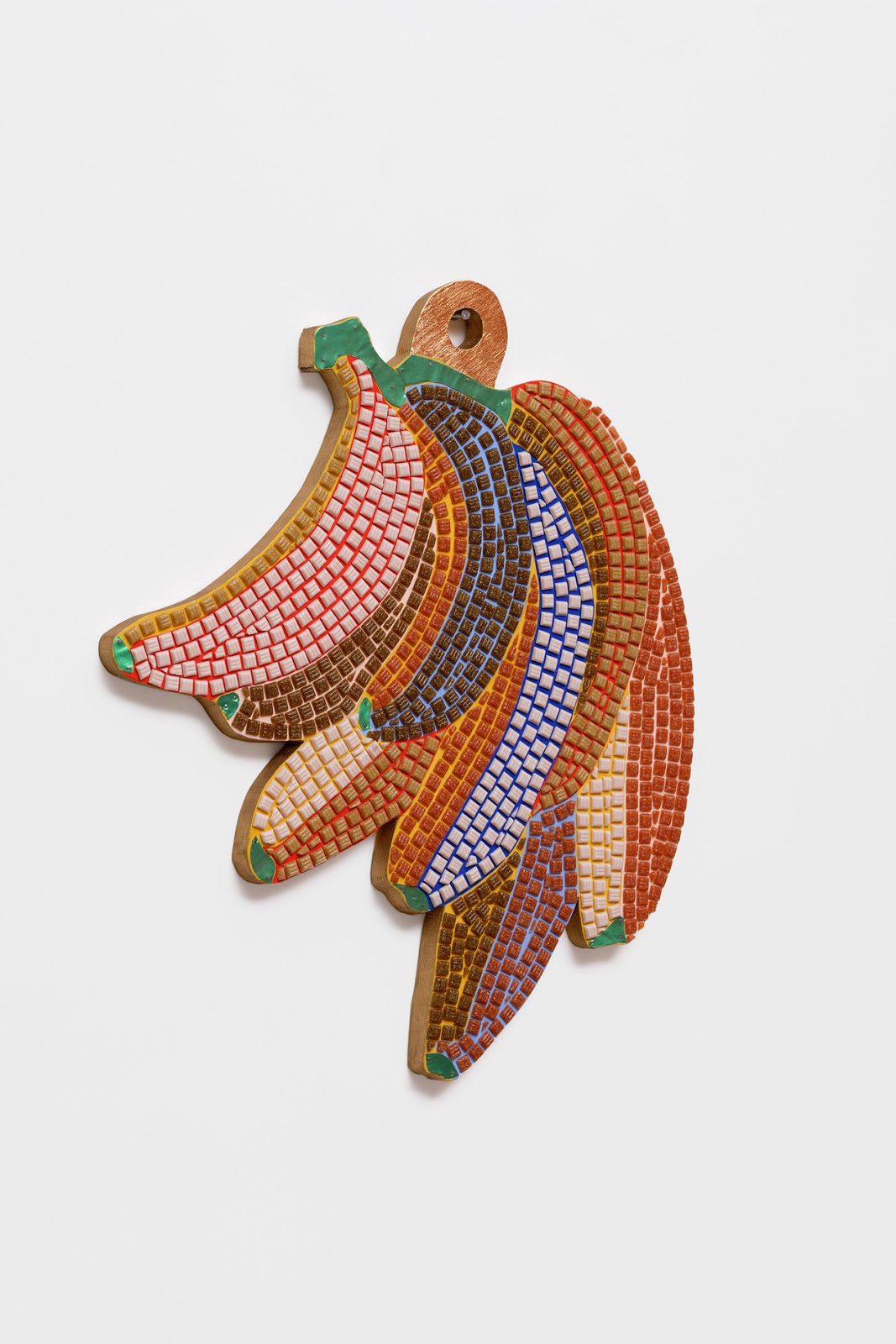 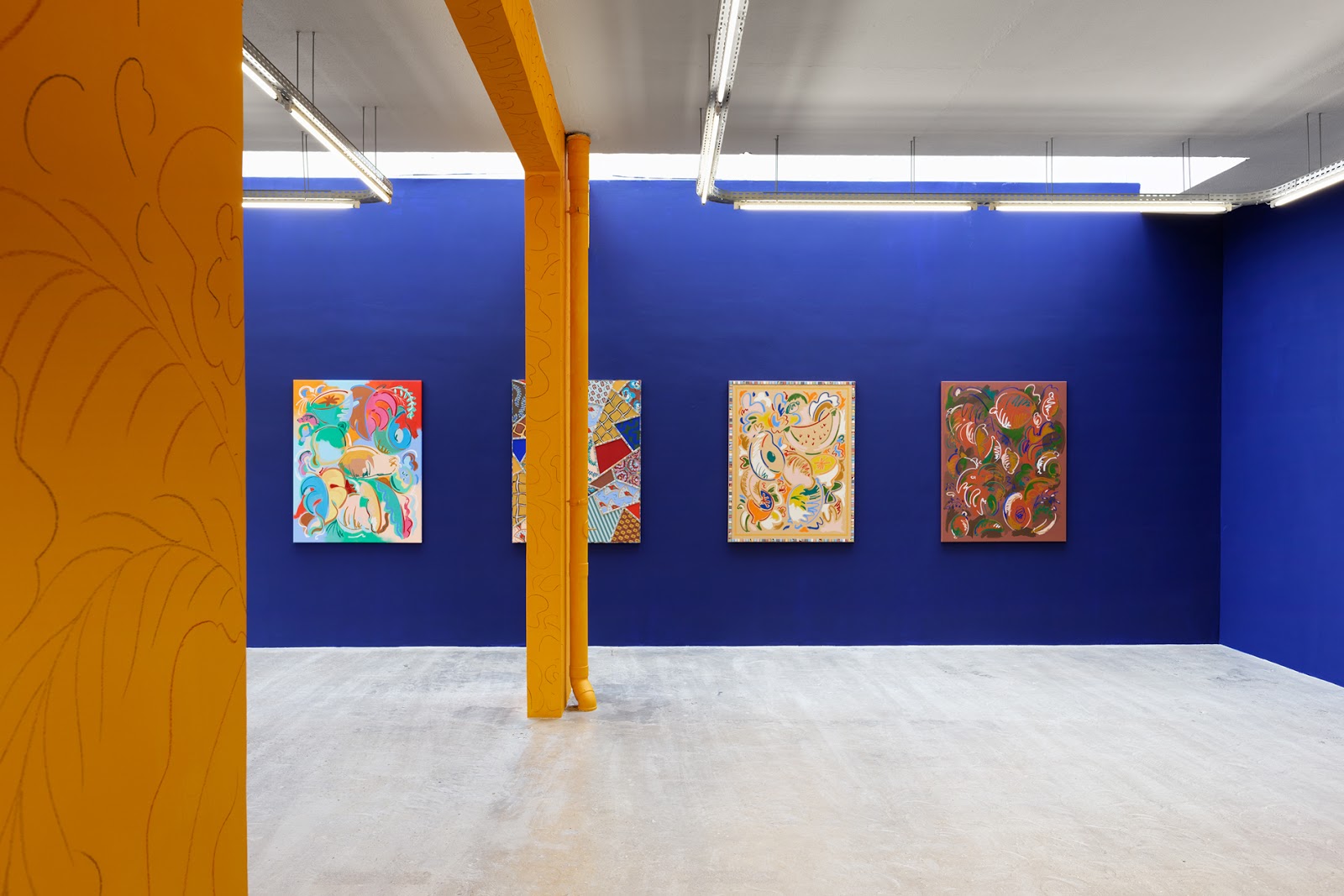 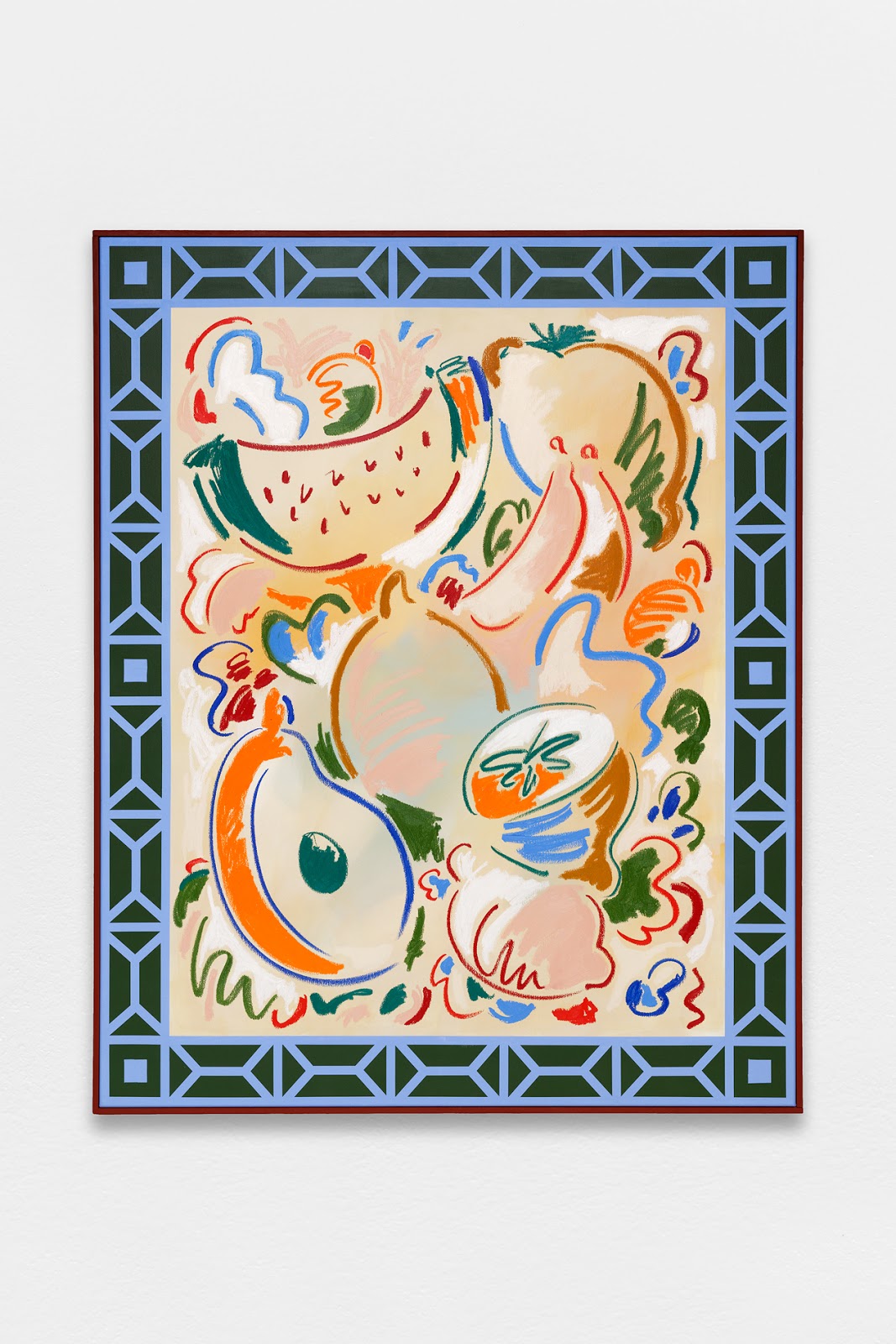 Galerie Crèvecœur is proud to present the first solo exhibition of Venezuelan artist Sol Calero at the gallery in Paris, Milagritos y Frutas. In her exploration of exoticism, Calero focuses on the projection and idealization that happens when imagining things that are other to us. Expectation is formed in iconic, standardized imagery. Reality, on the other hand, is not sterile, flat, bright or bordered. It is muddy, blurry, undefined, challenging, violent and disappointing. These two layers live in unity and contrast in her work: appearing festive and luminous, it re-surfaces questions of positionality and canonic narratives, of inclusion and exclusion, by delving into common iconographies of abstracted tropicalism.

For this show, Calero combines elements of two recent bodies of work that draw a trajectory from her pictorial language to the object-like dimension of her practice. Her paintings operate in a similar way as souvenirs do: an idea translated into an object, they concentrate multiple layers of self-projected identity. Cultural traits, traditions, landmarks, historical milestones, are all neutralized and displayed in leisurely forms for consumable purposes. The souvenir is not an object taken out of context, but an object created to encapsulate a context, and disseminate it as an abstracted interpretation. Sol Calero re-creates the context of the painting as a souvenir in her installations, in the same way identities are exported: they are at once self-performative and made up in the eyes of the outsider.

In Frutas, concentration and juxtaposition recall visions of places saturated with objects, fabrics, painted decorations, people, attires, urban and natural landscapes – all at once. In these reminisced scenarios, be it a market, a jungle or a plaza, everything is happening at the same time: sounds, interactions, exchanges, offerings, smells, services, textures, artifacts and organic matter. Different cultures, both resiliently ancient; and newer, imposed and assimilated, cohabit in impossibly harmonious chaos. These new paintings range from a palette of all bright, clean and lively greens, pinks, yellows and blues, to an array of ambiguous shades of brown. Starting in her recent exhibition Tente en el aire, referring to the colonial period “Caste Paintings” from the Andean region, Calero has been exploring the significance of pigment in art history, as a reflection of classificatory narratives that define hierarchies and voices.

The first series of Milagritos, or little miracles, were shown under the title Pica Pica in Düsseldorf Kunstverein. The soul of Pica Pica is a popular icon of devotion in Venezuela: the legend goes that José Zambrano, a shepherd who fell ill and lied down under the shadow of a Pica Pica tree to die accompanied by his mule, was found by another shepherd, who had lost his cattle. The latter surrounded his corps with branches, making a promise that if he found his cattle, he would go back to give him a proper burial. He went off to successfully find his cattle, and as promised buried the man. The story spread that the resting soul of José Zambrano – turned into the soul of Pica Pica – granted miracles. It became a place of pilgrimage where people would go to ask for wishes and make a promise in return, bringing back a token or an action of their fulfilled miracle.

Sol Calero’s sculptural paintings come from her own experience of a family tradition of stopping by a particular chapel in Venezuela that was between the city and her grandmother’s house in the countryside’s flat lands, where she and her family used to spend the summers. The chapel was dedicated to the “Ánima del Pica Pica”, and all travellers were compelled to stop in it to pay their respects in order to be granted a safe journey home.

Milagritos are a series of objects that recreate the homonymous common practice of living religious syncretism in contemporary Latin America under the appearance of innocuous folklore. These miniature objects fill chapels and altars, are sold and carried by people as symbols of their wishes. Devotees make physical shapes shapes that are literal translations of an expectation: a leg for a broken limb, a heart for romantic love, a key for a house, a book for a degree. As in ancient pre-hispanic practices, the act of symbolic representation invokes phenomena in a sort of mimetic ritual. This is combined with the “sanctification” of local legendary characters, and results in an example of juxtaposed systems: a pre-existing universe and a colonizing one.

In Sol Calero’s vocabulary this appears as a celebration of these coping strategies, were self-construction becomes a medium of social action. In the same way, the mosaics, the corrugated plastics, the latticework and the use of colour that appears in her work allude to the abilities of individuals and communities to adapt; to create an aesthetic of survival while performing their idiosyncrasies.