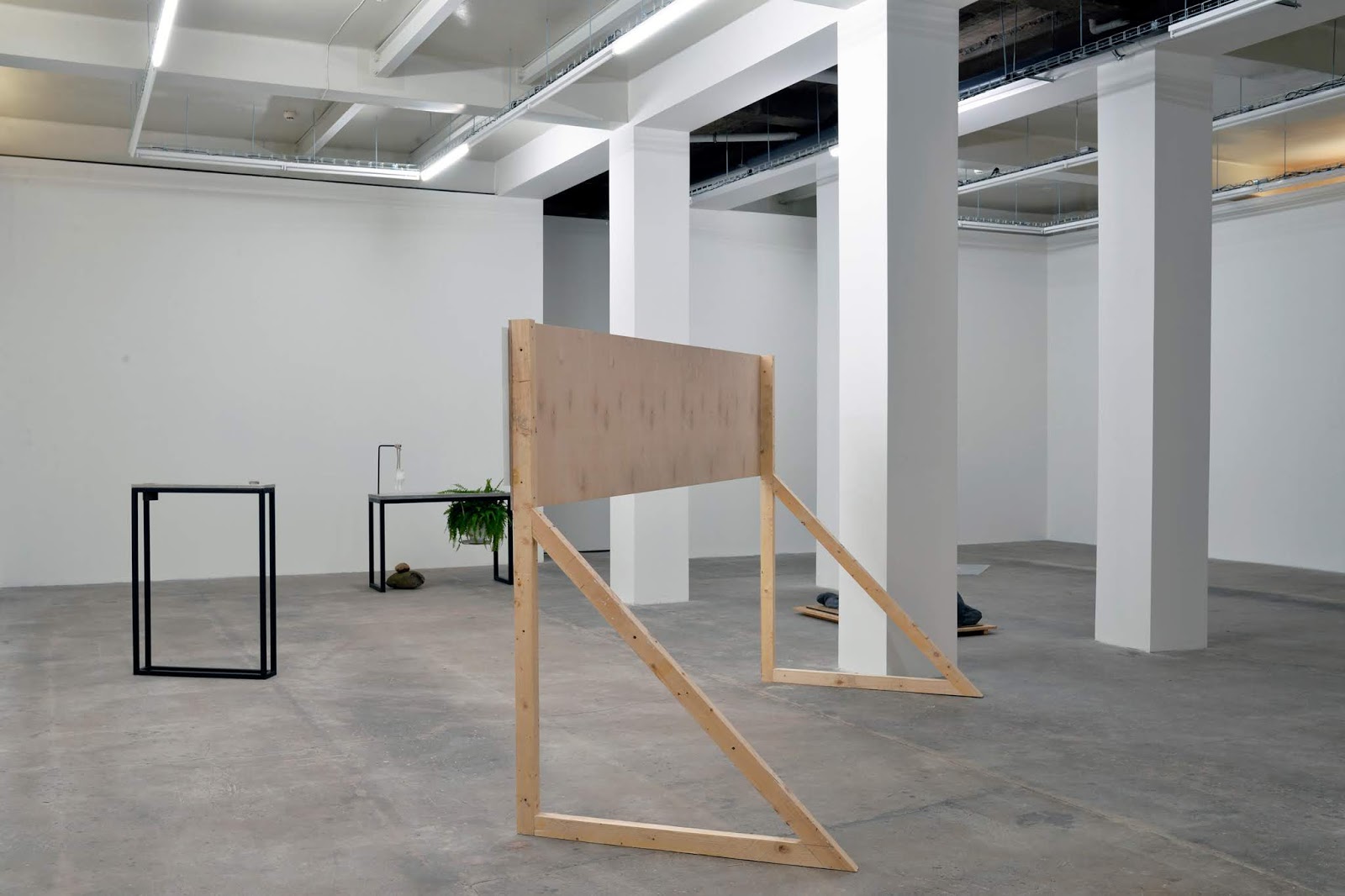 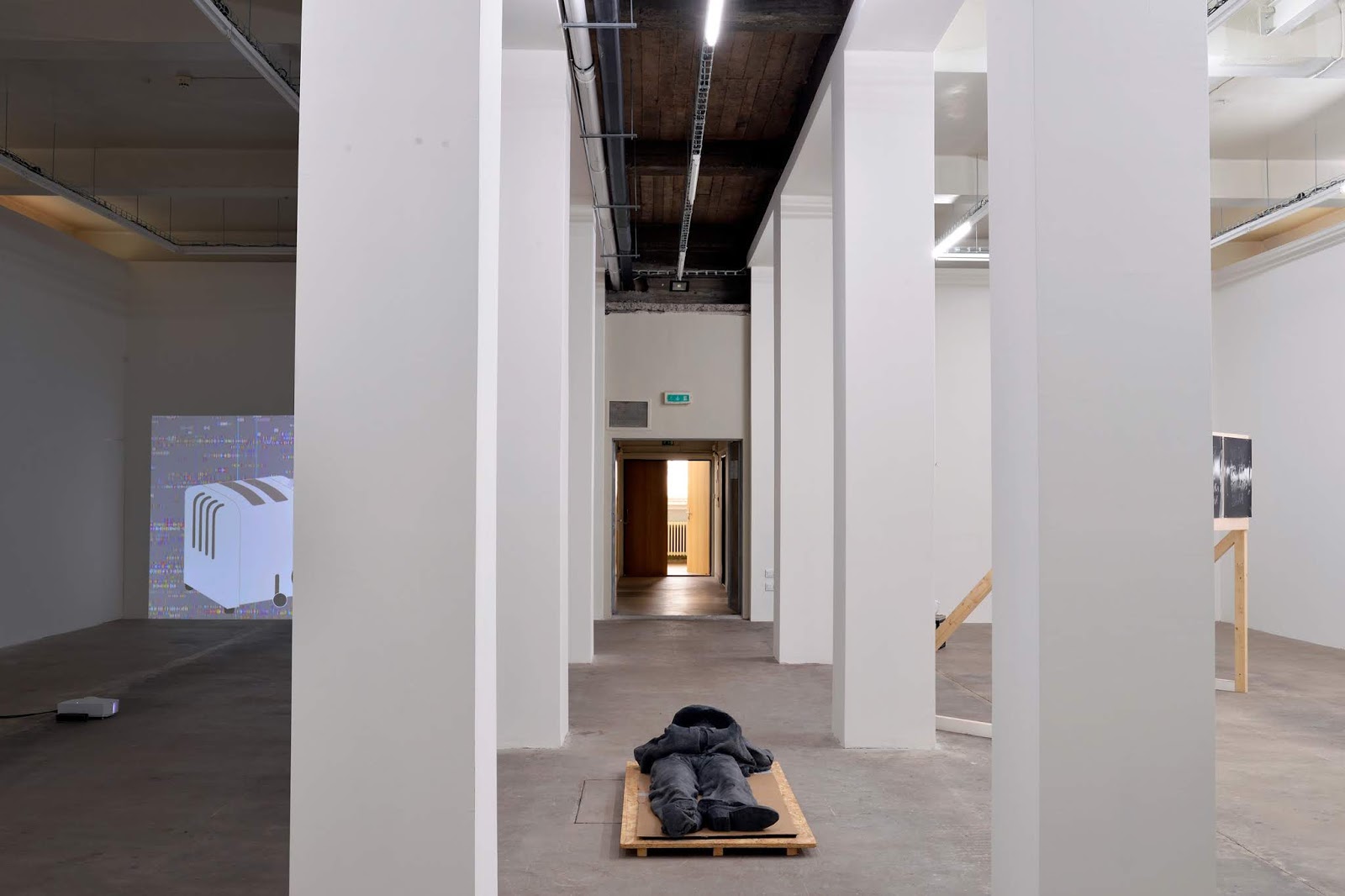 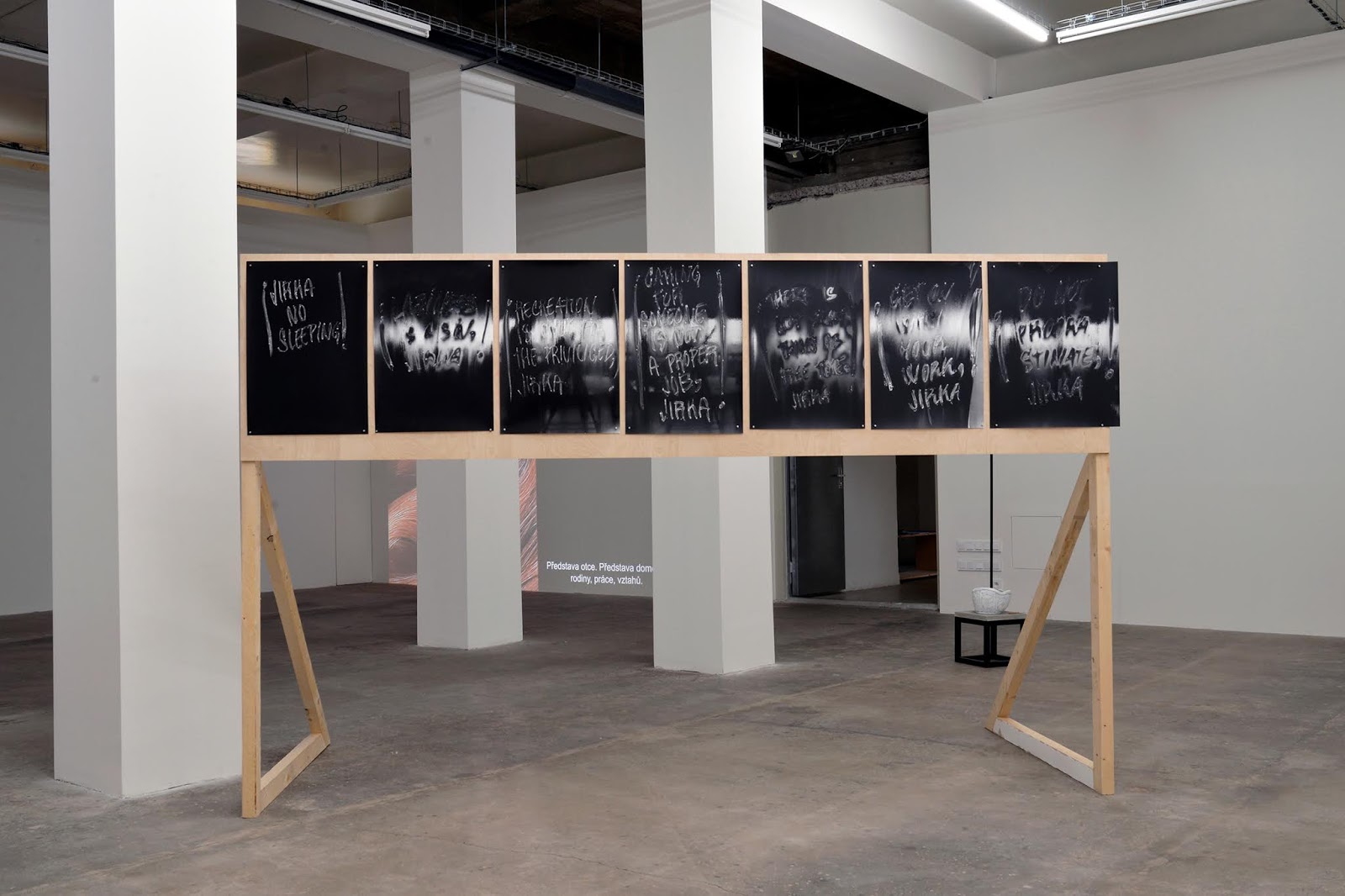 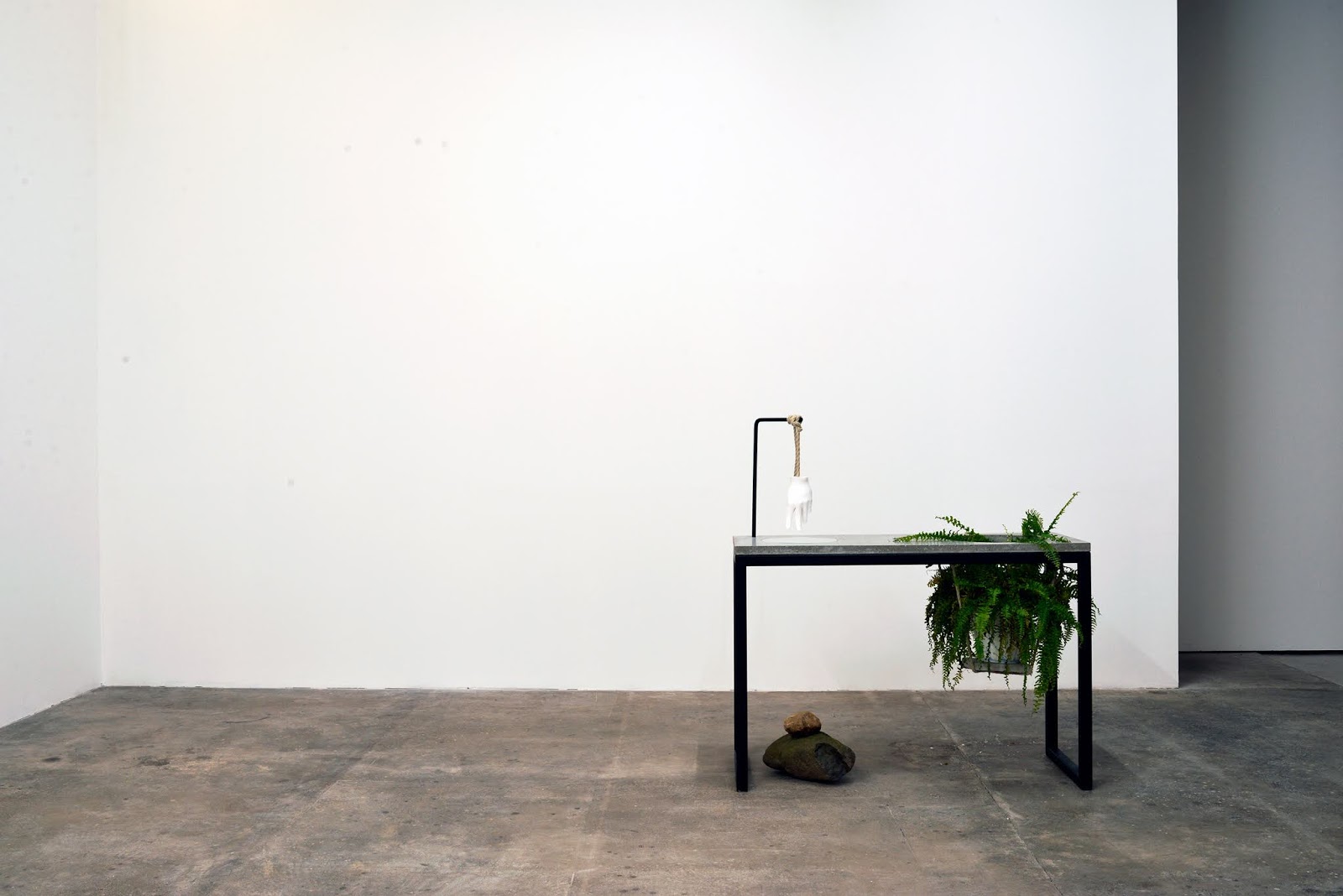 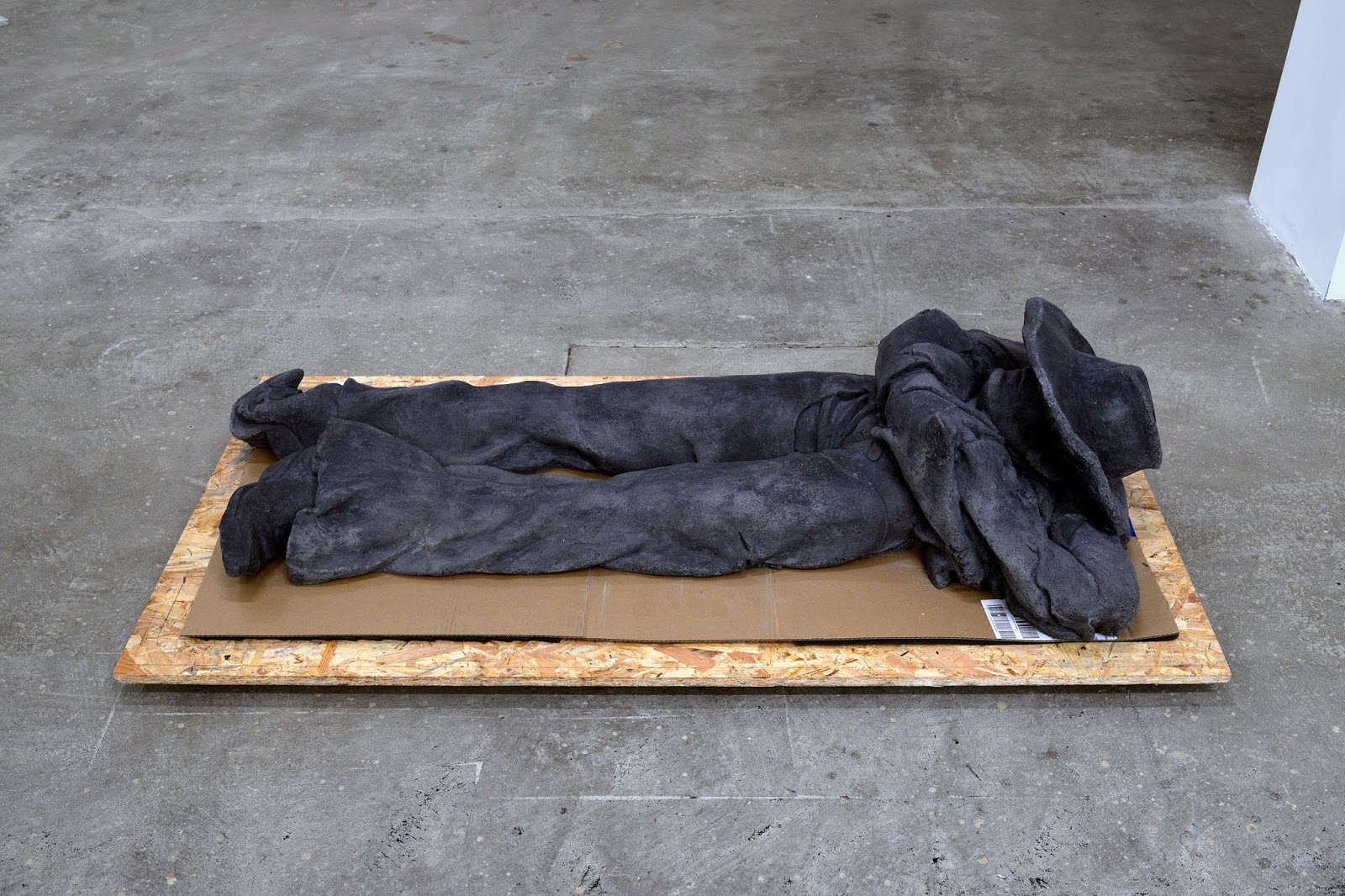 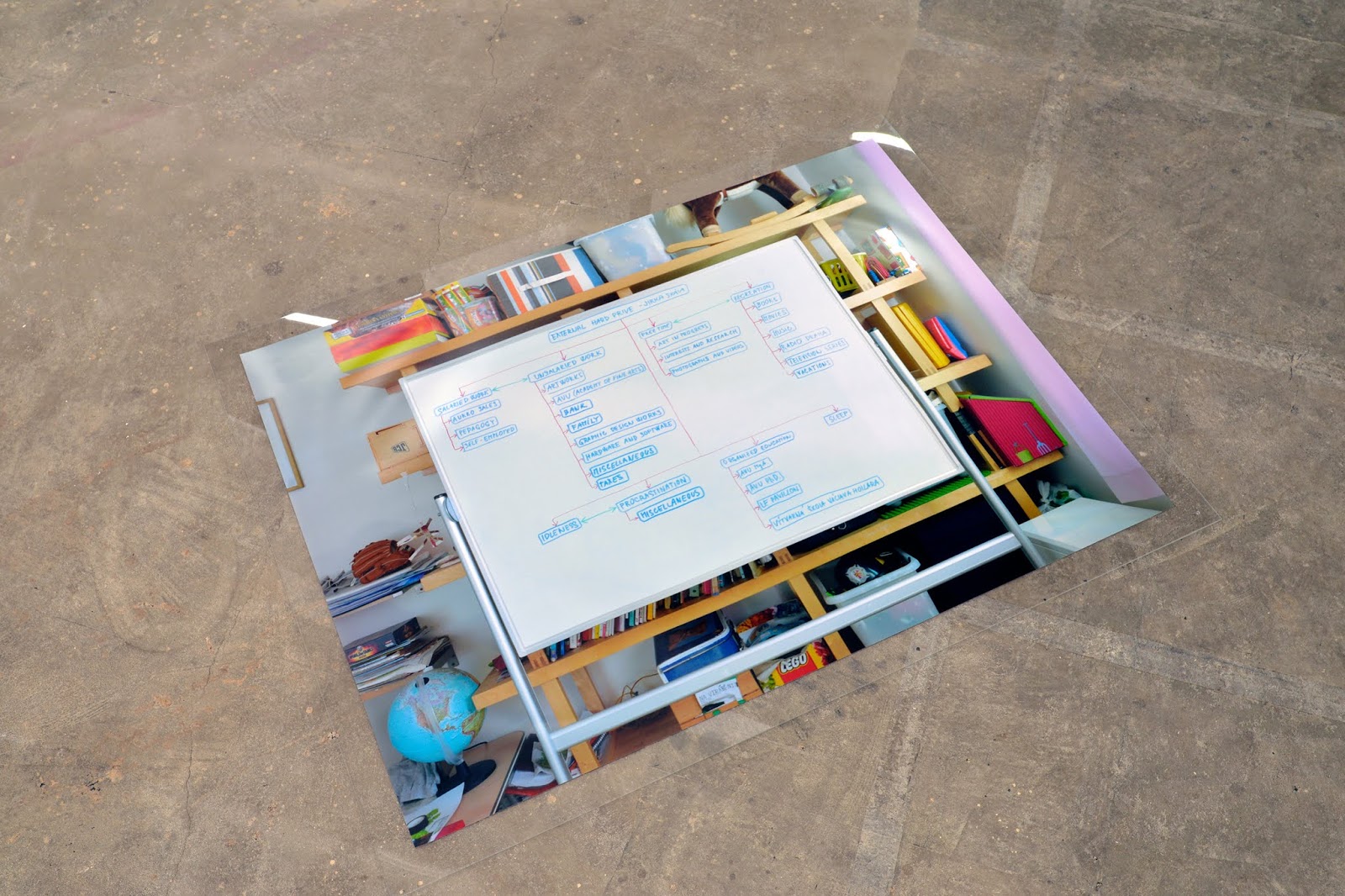 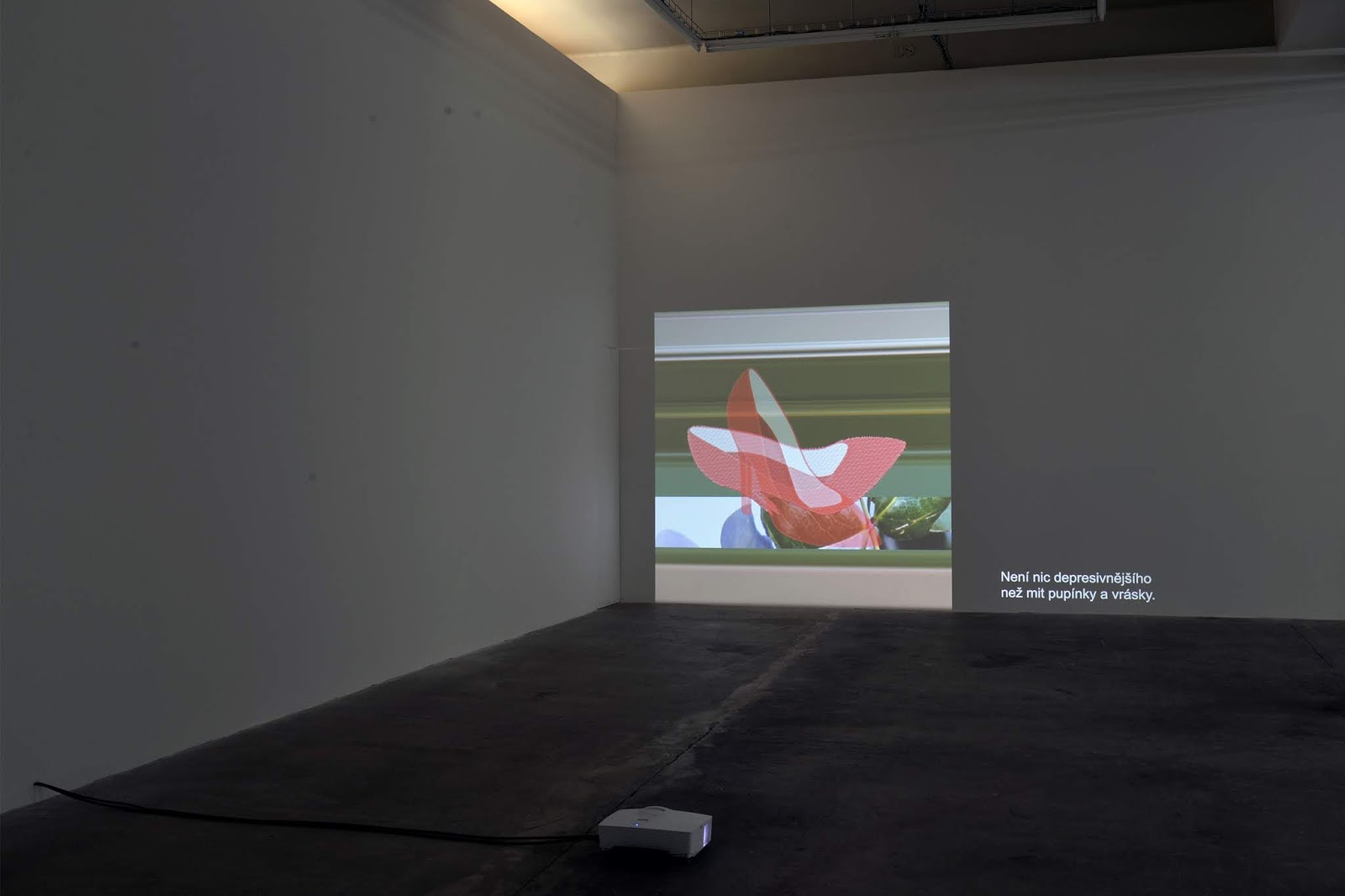 There is a strange moment in a dense post-industrial city during the summer months. While residents fantasize about an escape to have some time-off, visitors think that they are receiving an imaginary leisure. Happy End reflects on this by bringing together a group of international and local artists to reproduce this summer state of collision and symbiosis in the gallery.

The artworks on display highlight the tacit structures and modes that build on this tense atmosphere. In Łukasz Jastrubczak's work Sleeping Cowboy (2011) the viewer is confronted with the material toll taken by the process of travel, while in Dietrich Meyer’s sculpture Are We the Masters of Our Environment, or is it the Other Way Around? (2018) the relationship between static and live matter exposes the link between fabricated and grown entities. Amina Abbas-Nazari's film Complex Cindarellas (2018) challenges the male-dominated environment of the design world with objects created to be utilised by, empower and emancipate women. Finally, in Jiří Skála's 7-piece photographic series, Genres of Everydayness (2017), we are confronted with the bond between labour and ‘free- time’ itself.

Happy End was conceived as a cooperation between SVIT and lítost galleries. The exhibition will conclude with backwards – an evening of experimental music, choreography and film on 18 August 2018 from 6 pm. backwards will feature Bienelde Hyrcan’s movie Cambeck (2011), Eva Urbanová’s new choreography piece and Kirill Litviak’s new experimental sound piece.


Amina Abbas-Nazari is an independent British artist and Research Fellow at the Royal College of Art, London, within the Design Products department. She graduated from the RCA with an MA in Design Interactions. She is interested in exploring where fiction can become reality and aims to disperse metanarratives to give way for a more diverse range of ideologies. She creates designed interactions, speculative systems and sonic fictions, using designed media. Amina has presented her work at the London Design Festival, Milan Furniture Fair, Venice Architecture Biannual, Critical Media Lab Switzerland, Harvard University America, the V&A, and Design museum, London.

Binelde Hyrcan is an Angolan artist that crosses themes of power, poverty, migration and inequality in his painting, sculptural, design, film and performative practice. The artists hard-hitting themes are delicately negotiated with humour, a seductive method of confronting the troubling realities of developing countries, and in particular Angola.

Łukasz Jastrubczak is a Polish artist who works in various mediums : video, installation, sculpture, concert, journey, ephemerical action. His solo exhibitions were presented at Art in General in New York, Bunkier Sztuki in Kraków, CCA Kronika in Bytom or Sabot Gallery in Cluj-Napoca. In 2013 he received “Spojrzenia” (Views) – Deutsche Bank Foundation Award” for the most interesting young polish artist in the past two years. Member, with Krzysztof Kaczmarek, of the artistic duo "Krzysztofjastrubczak - łukaszkaczmarek". Author, with Sebastian Cichocki, of the publication and events titled "Mirage". He played on synthesizer in the bands "Boring Drug" and "ŁST". Jastrubczak lives and works in Szczecin, Poland, where he works on Painting and New Media Department of Academy of Arts and where he co-directs with Zorka Wollny "Młode Wilki" festival, dedicated to visual and sound art.

Dietrich Meyer is a US artist who lives and works in Berlin, Germany. Recent exhibitions include Babel (Berlin) and NCCA (St. Petersburg), as well as a forthcoming solo exhibition at The Landing Strip (Berlin) in September. He is a founding member of High Tide, a project space based in Philadelphia, PA. Dietrich works with plants that inhabit our spaces and the structures built to contain them. Dealing with the development of organisms around constructed geometrical environments, the conflict between organic growth and human precision become temporal structures in constant flux of floral expansion. Material, both natural and artificial, becomes a way of highlighting the complexities in notions such as labor, class, colonialism, human intervention, and climate.

Jirka Skála is a czech artist who studied at the Prague Academy of Fine Arts, and at the post-graduate program at Palais de Tokyo, Paris, France. His work is mainly focused on a relation of a man to his production equipment. He observes this topic mainly in service industry as art world and other parts of creative industry. Sometime his works refer to other a human field as a heavy industry, in case the book One family of Object. His work has been exhibited widely including the following: Tirana Biennale I in Tirana; Palais de Tokyo in Paris; Art in Genaral in New York; Wiels in Brussels; Foksal Gallery in Warsaw; and Manifesta 11 in Curych. He is a co-founder of the Etc. Gallery in Prague, established in 2004, a member of the PAS group, together with the artist Tomáš Vaněk and curator Vít Havranek, and for last seven years he teaches at the Academy of Fine Arts in Prague. He is listed in the Younger than Jesus Artist Directory compiled by the New Museum in New York, and in November of 2009 was awarded the Jindřich Chalupecký Award for young artists in the Czech Republic by Vaclav Havel. He is represented by hunt kastner gallery, Prague.

Eva Urbanová is a Slovak dancer and choreographer. Eva has been a professional modern gymnast since she was 7 years old. In 2007, whilst she was a member of TJ Slávia STU Bratislava (oddíl moderní gymnastiky) club, she won the category B Championship during the Slovakian Youth Gymnastics Championship and subsequently represented Slovakia in common composition. She began to experiment with a variety of dance techniques including contemporary, classical and street dance. At the same time, she was a member of the professional acrobatics group Axel Artist. In 2014 she started to study for a bachelor degree in dance choreography at the Faculty of Music and Dance at the Academy of Performing Arts, Prague, where she is now continuing to pursue her master's degree. Eva also spent an exchange year at the Trinity Laban Conservatoire of Music and Dance, London. Eva has been working alongside Japanese choreographer Yuki Suzuki and Slovak choreographer Petra Fornay amongst others. She also co-operated with the Taneční konzervatoř hl. města Praha and the Bohemia Ballet.
Tags Amina Abbas-Nazari, Binelde Hyrcan, Czech Republic, Dietrich Meyer, Eva Urbanová, Jiří Skála, Kirill Litviak, Lazy exhibitions, Łukasz Jastrubczak, Miloslav Vorlíček, Prague, SVIT. Prague
Newer Post Older Post Home