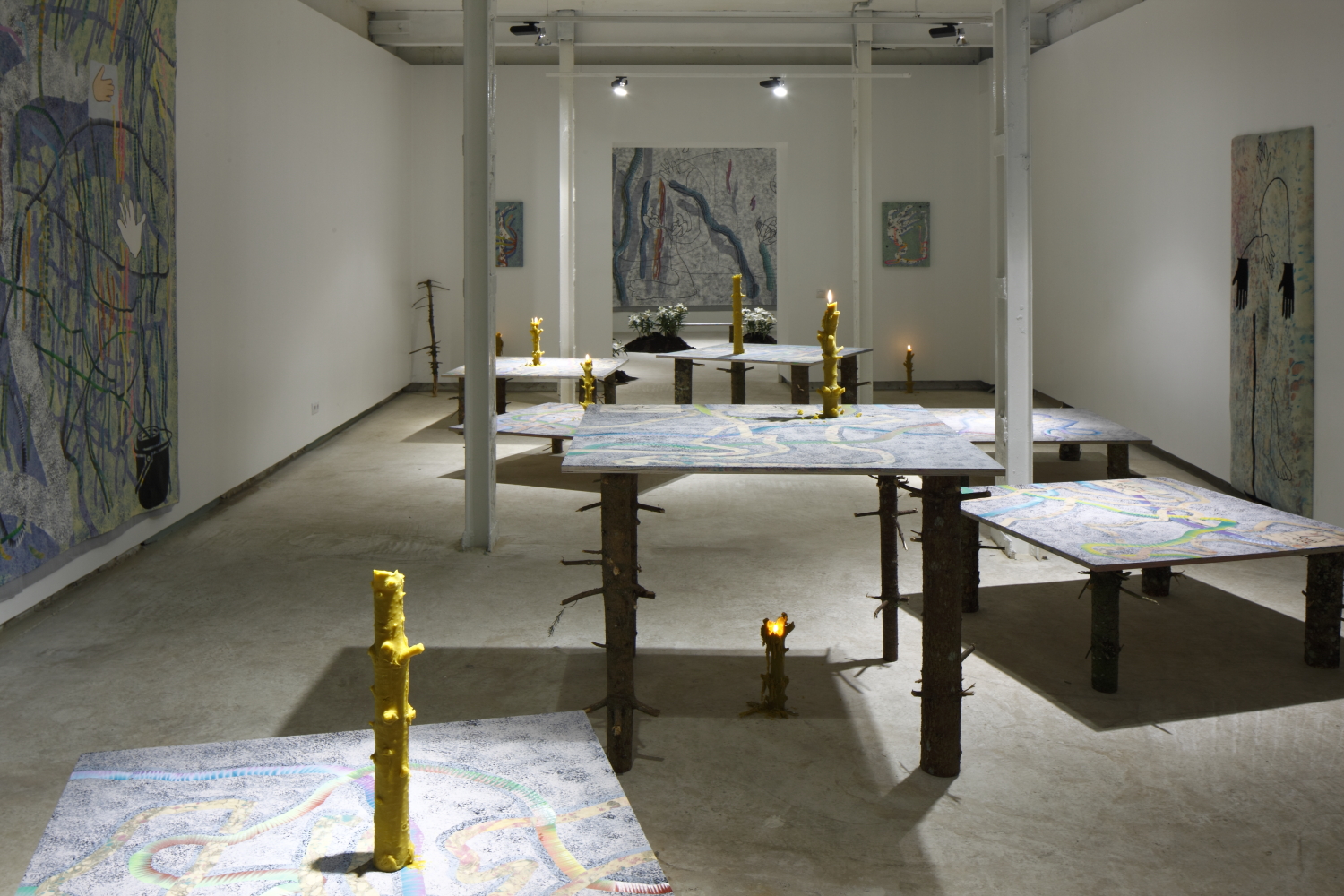 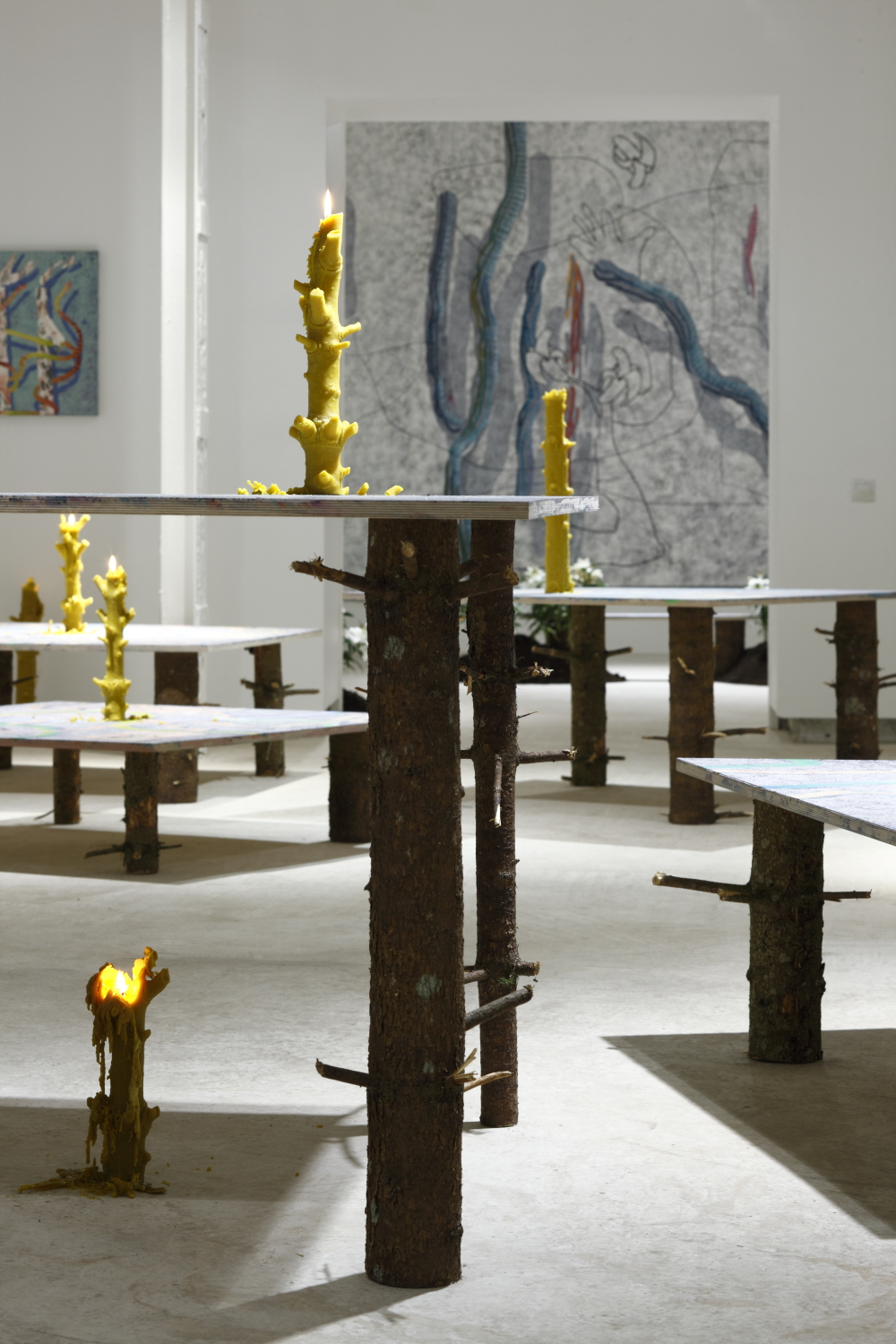 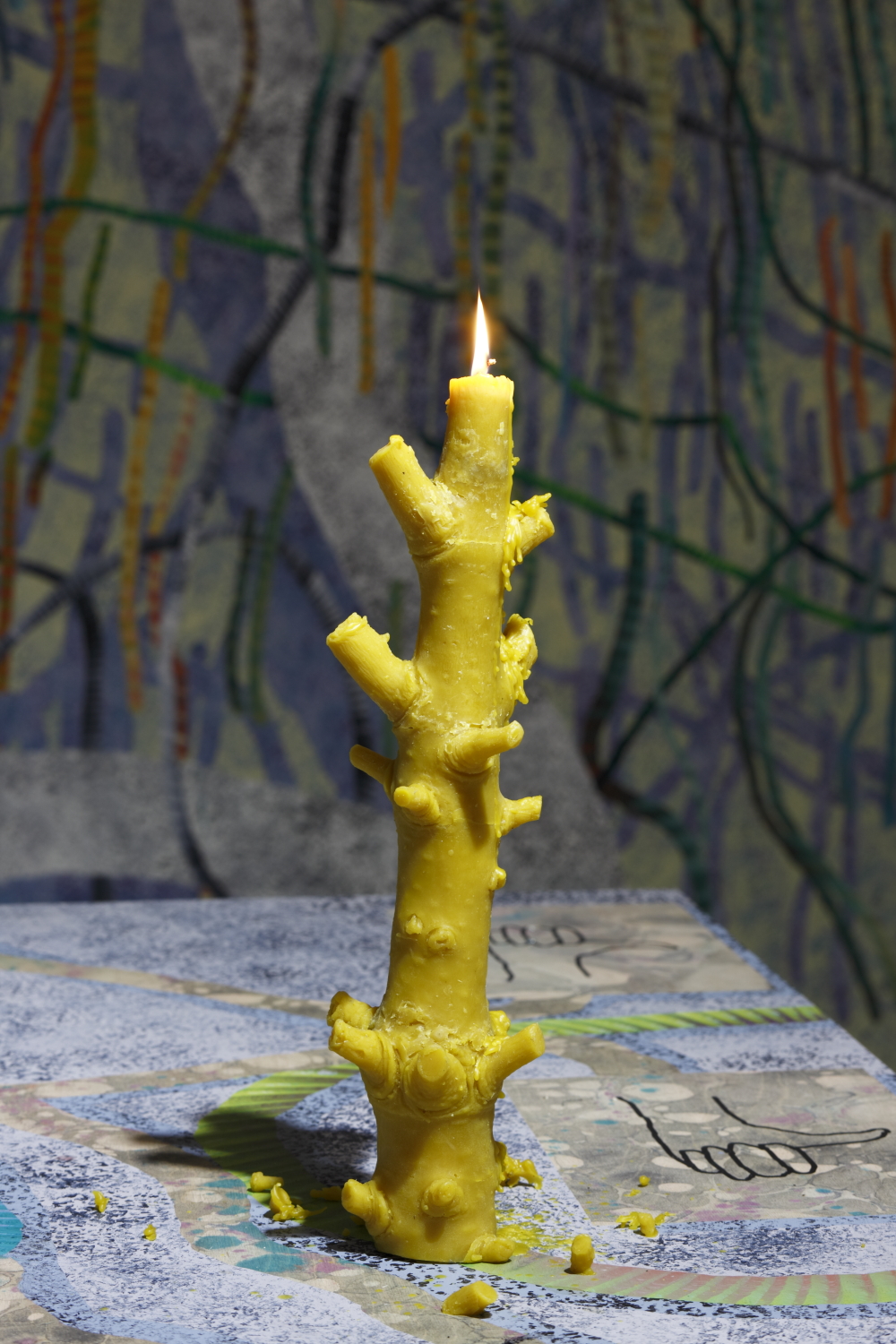 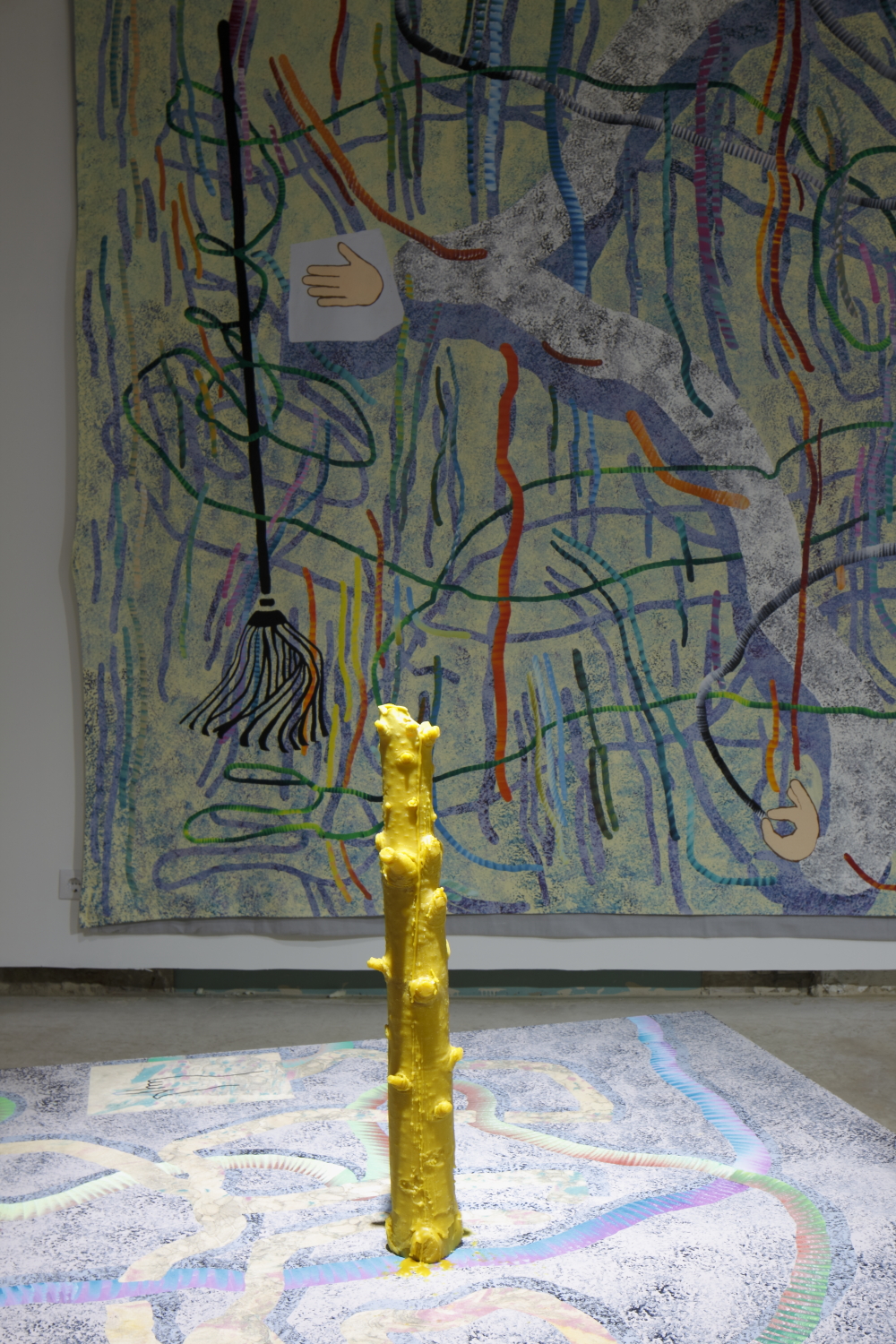 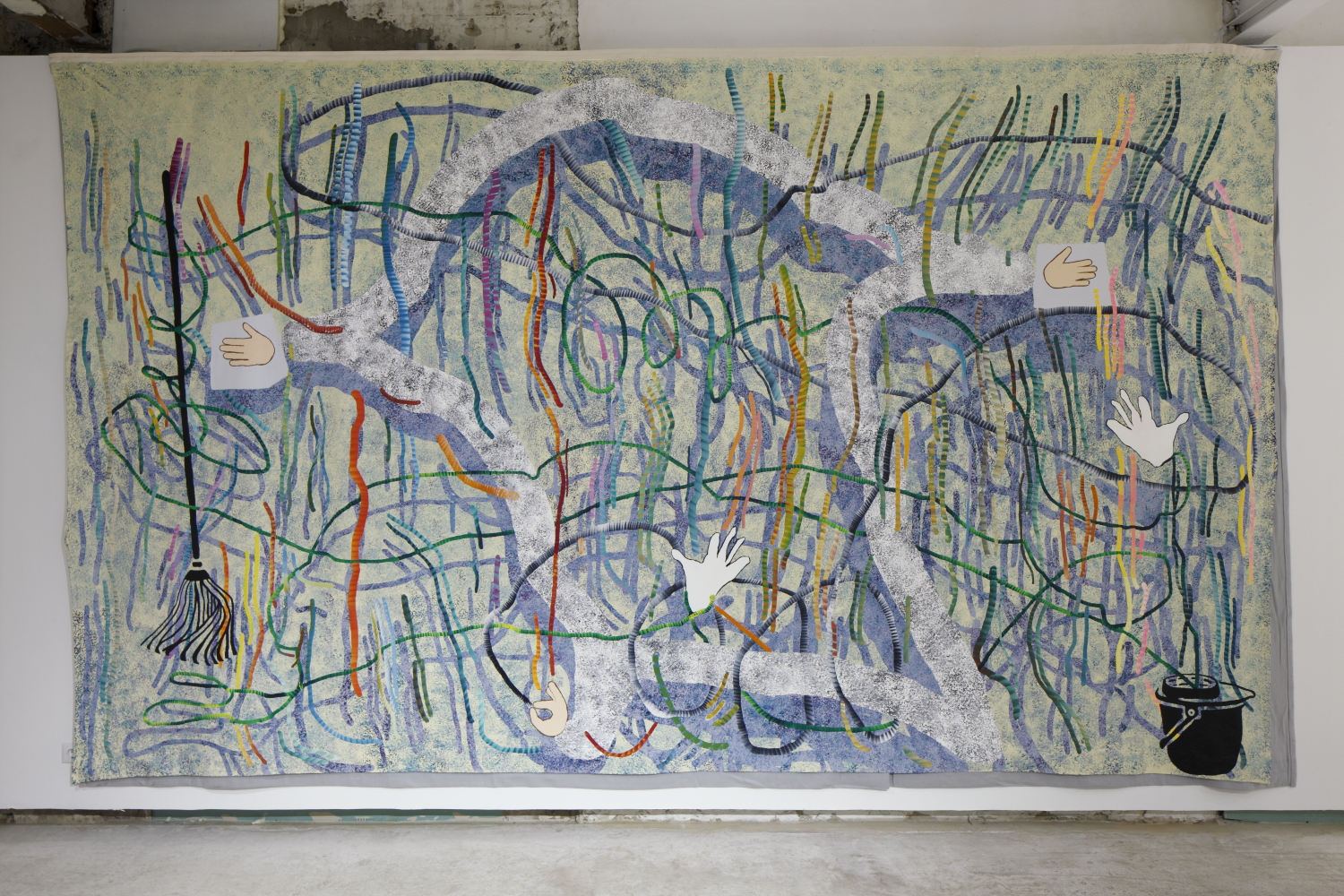 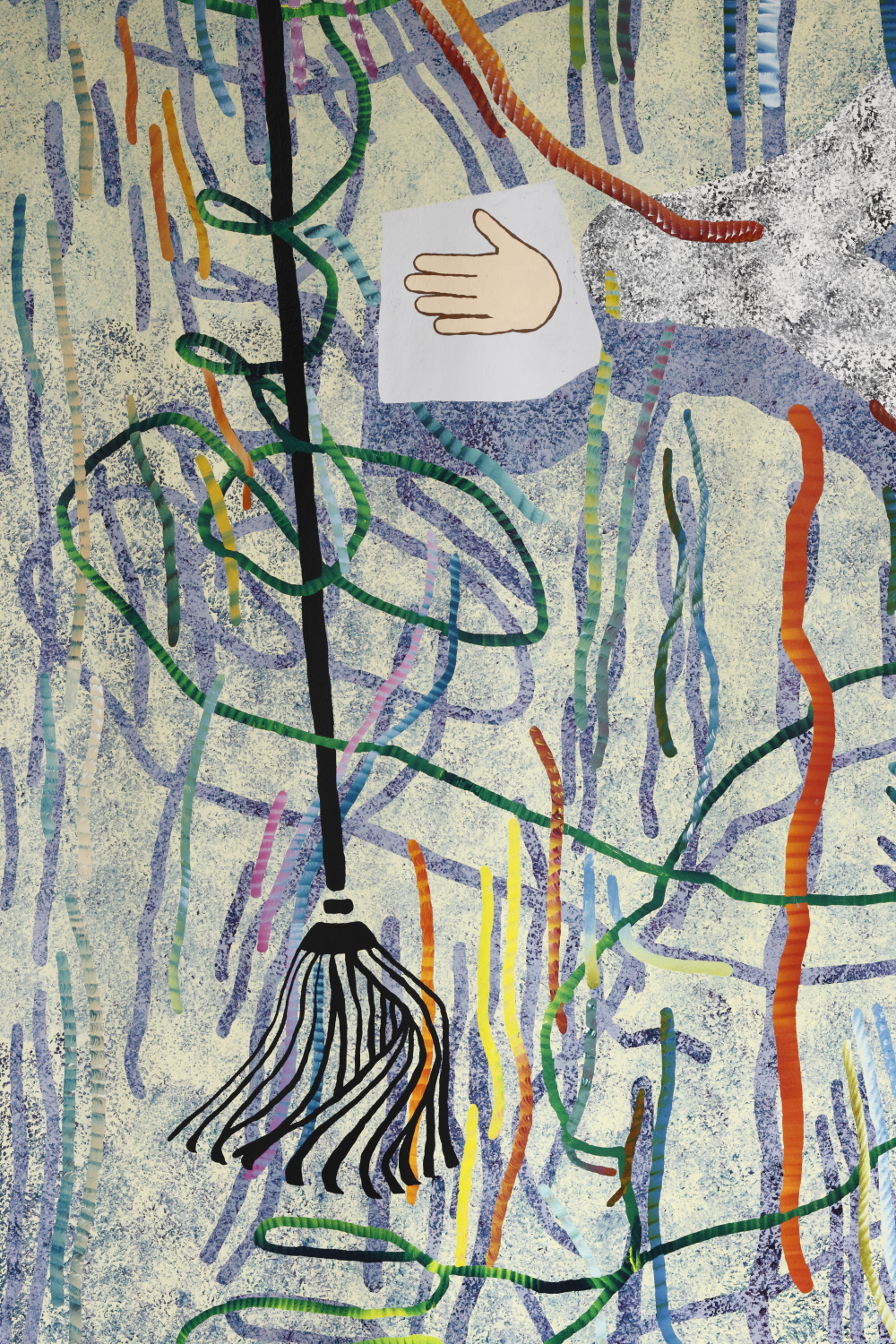 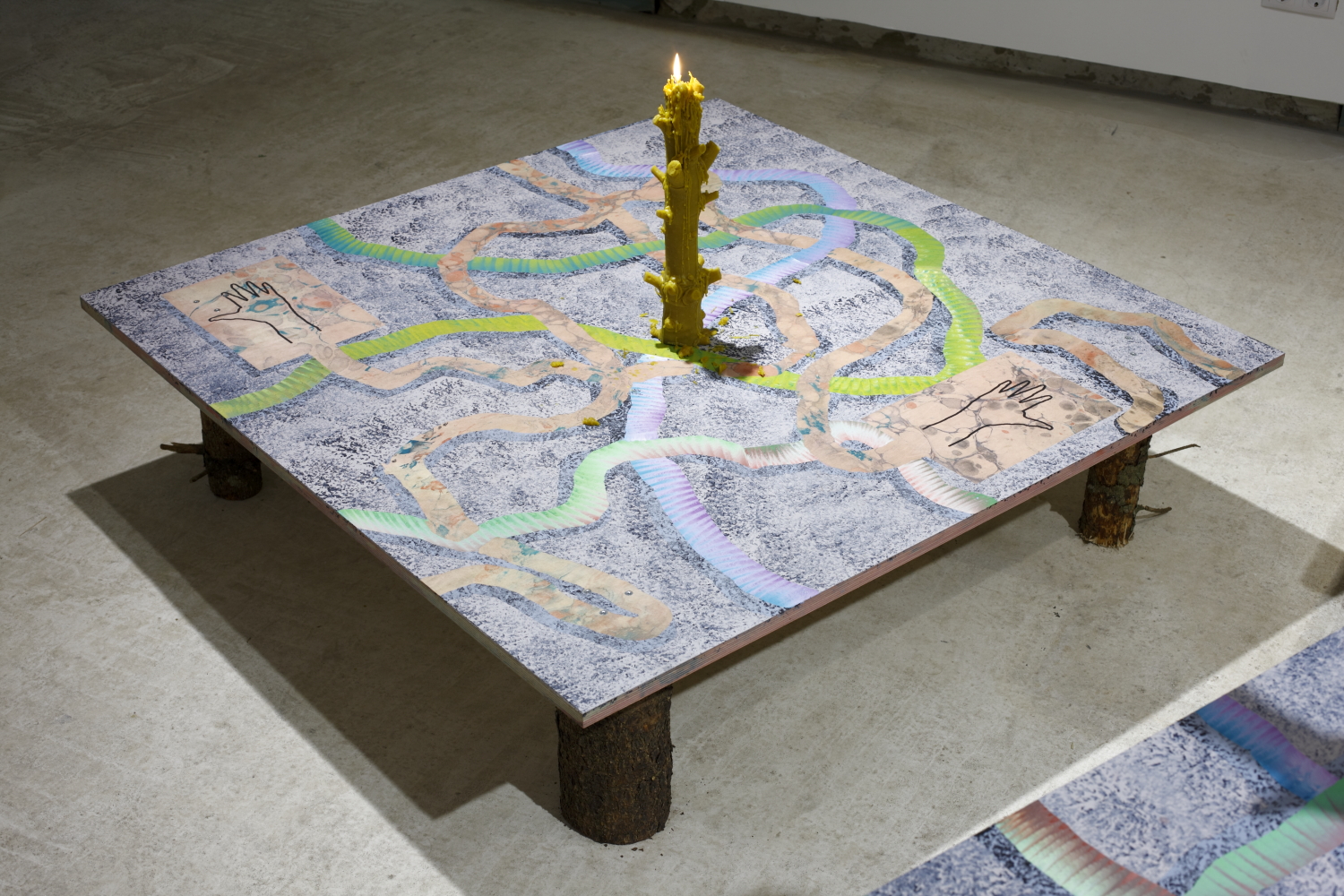 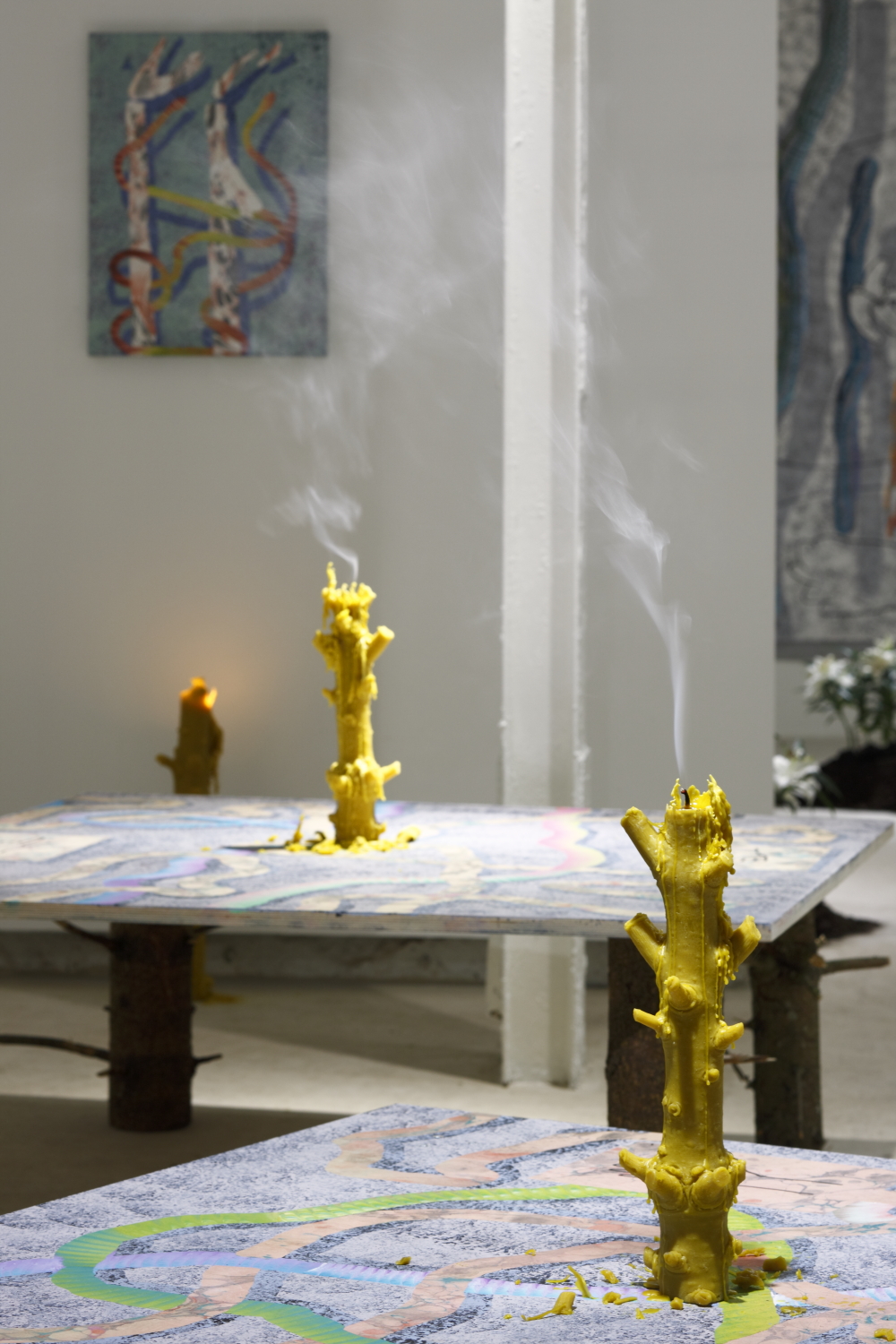 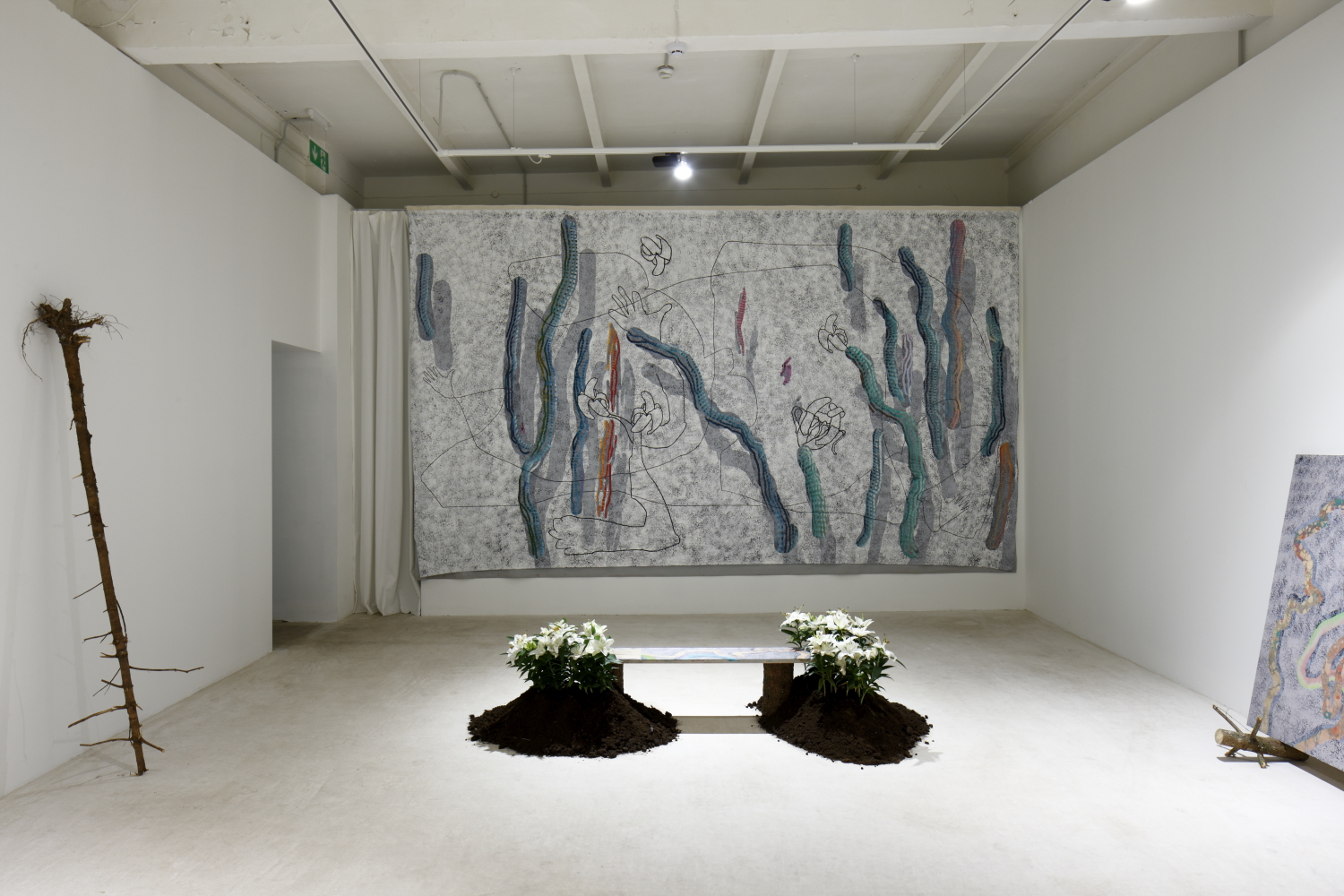 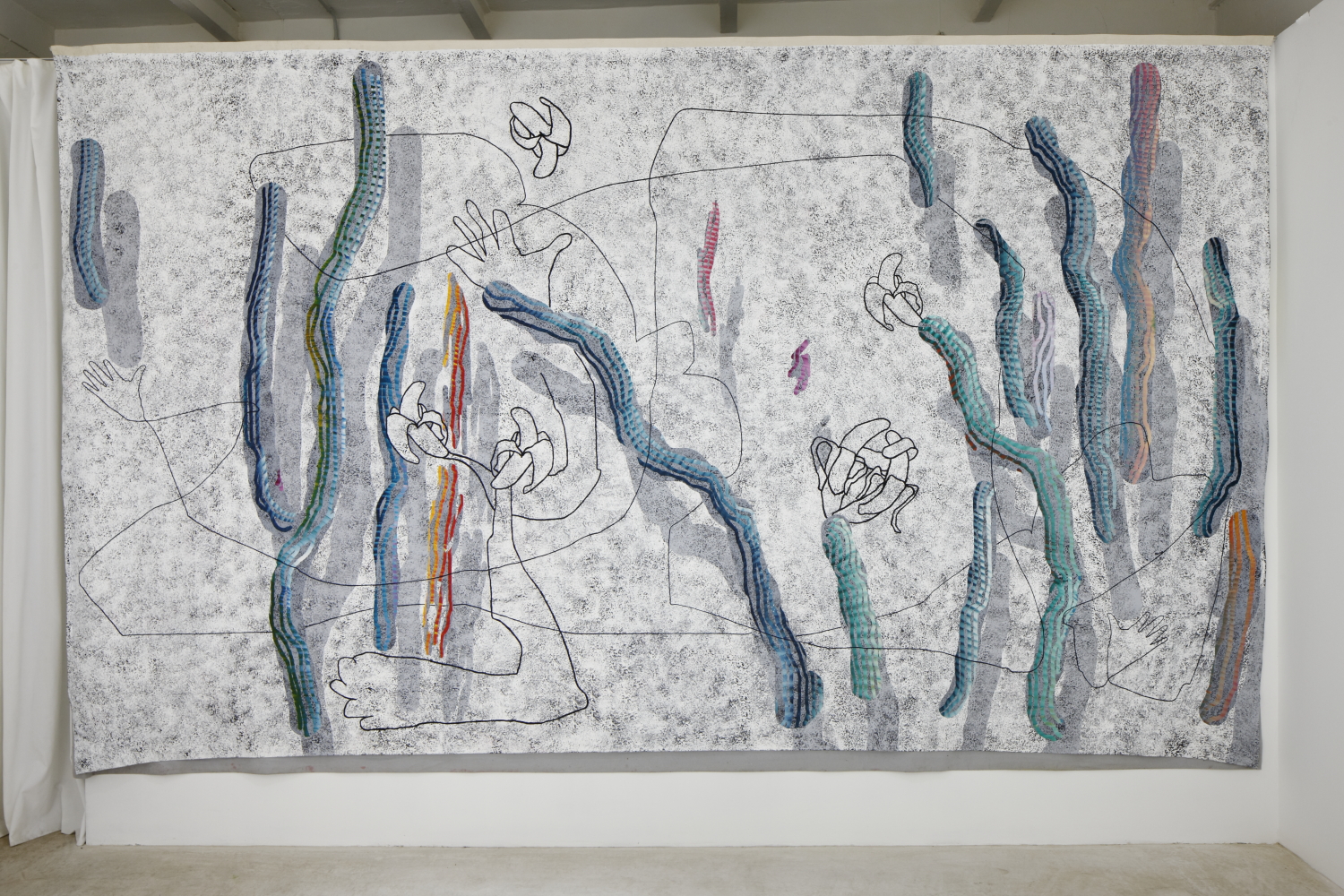 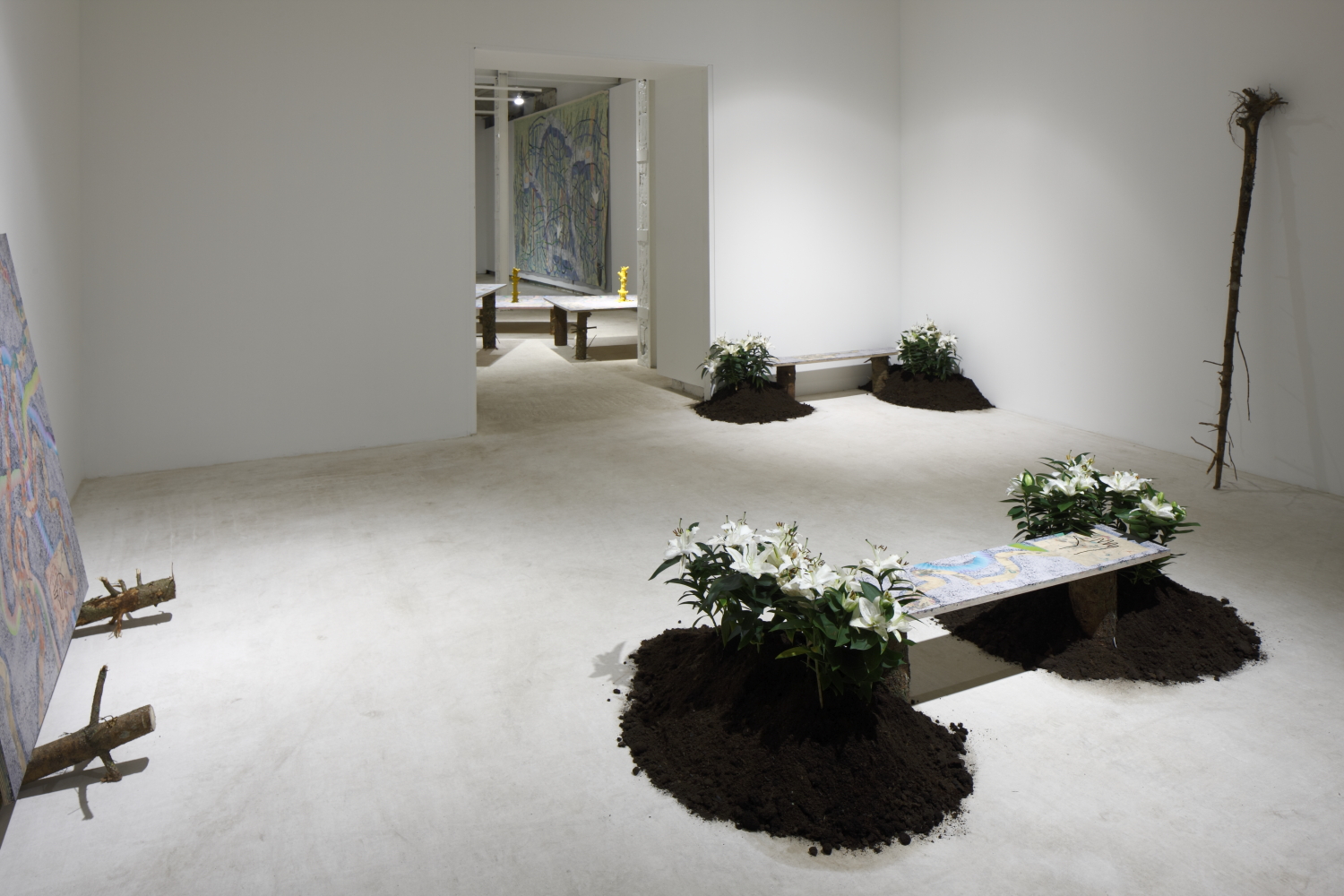 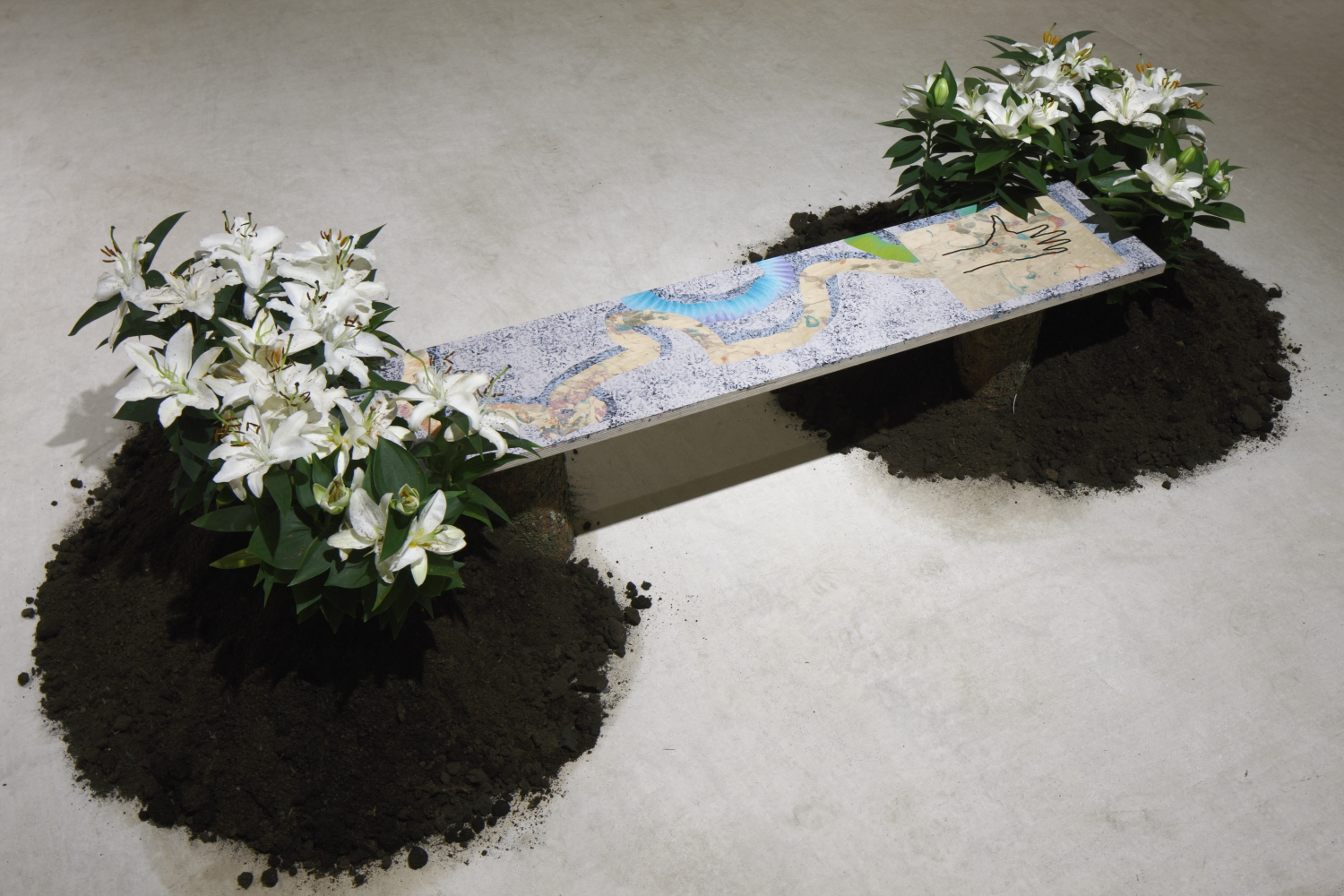 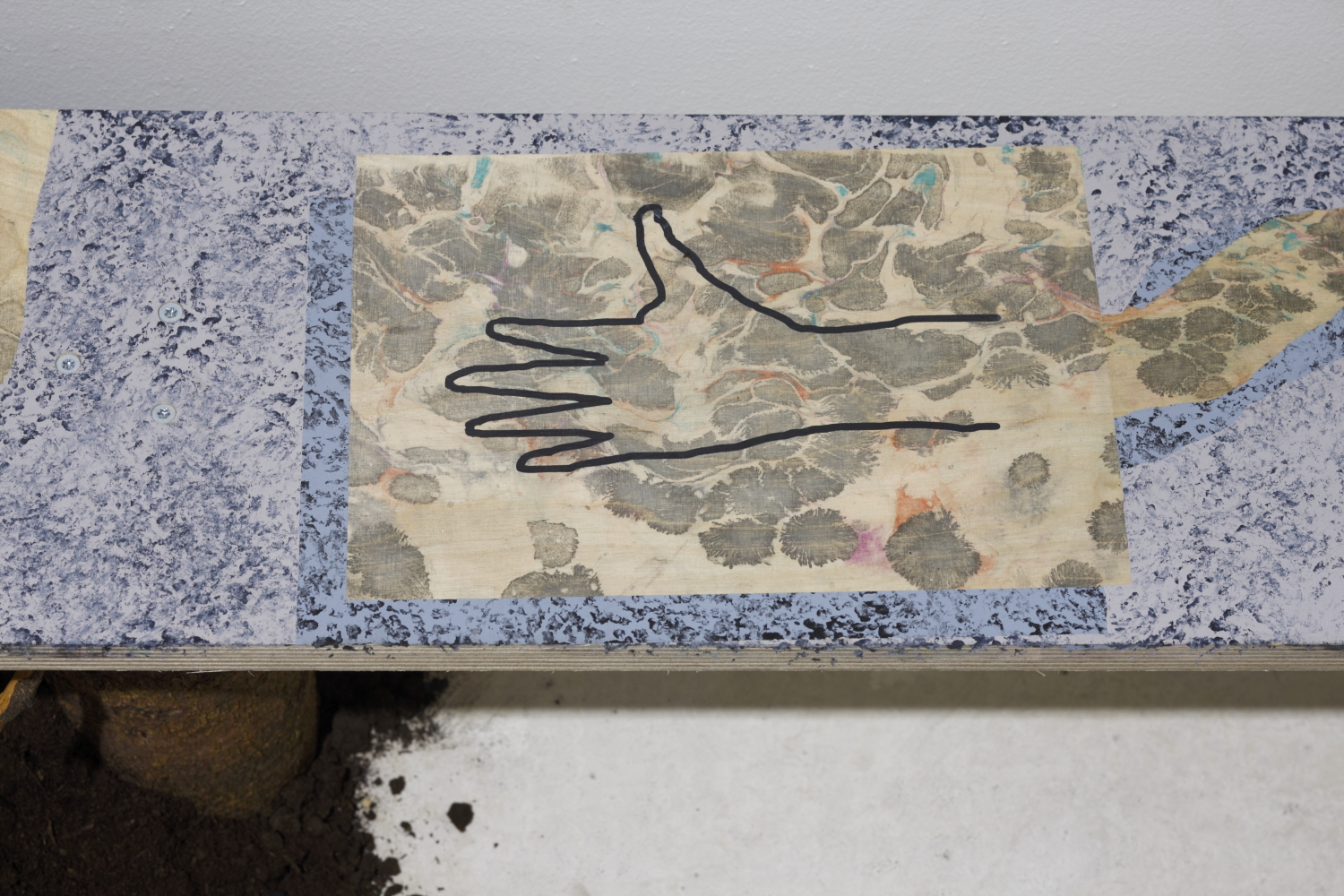 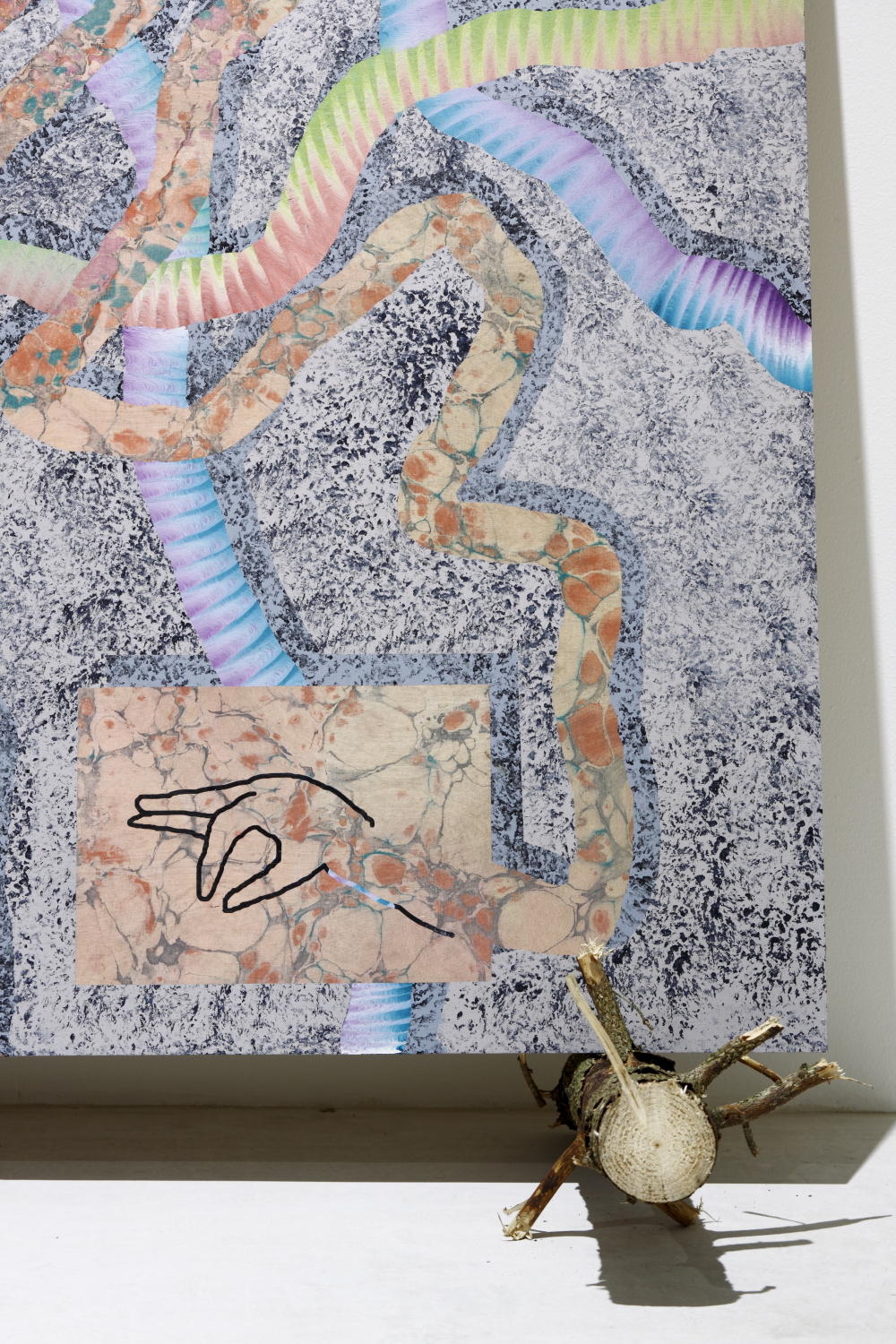 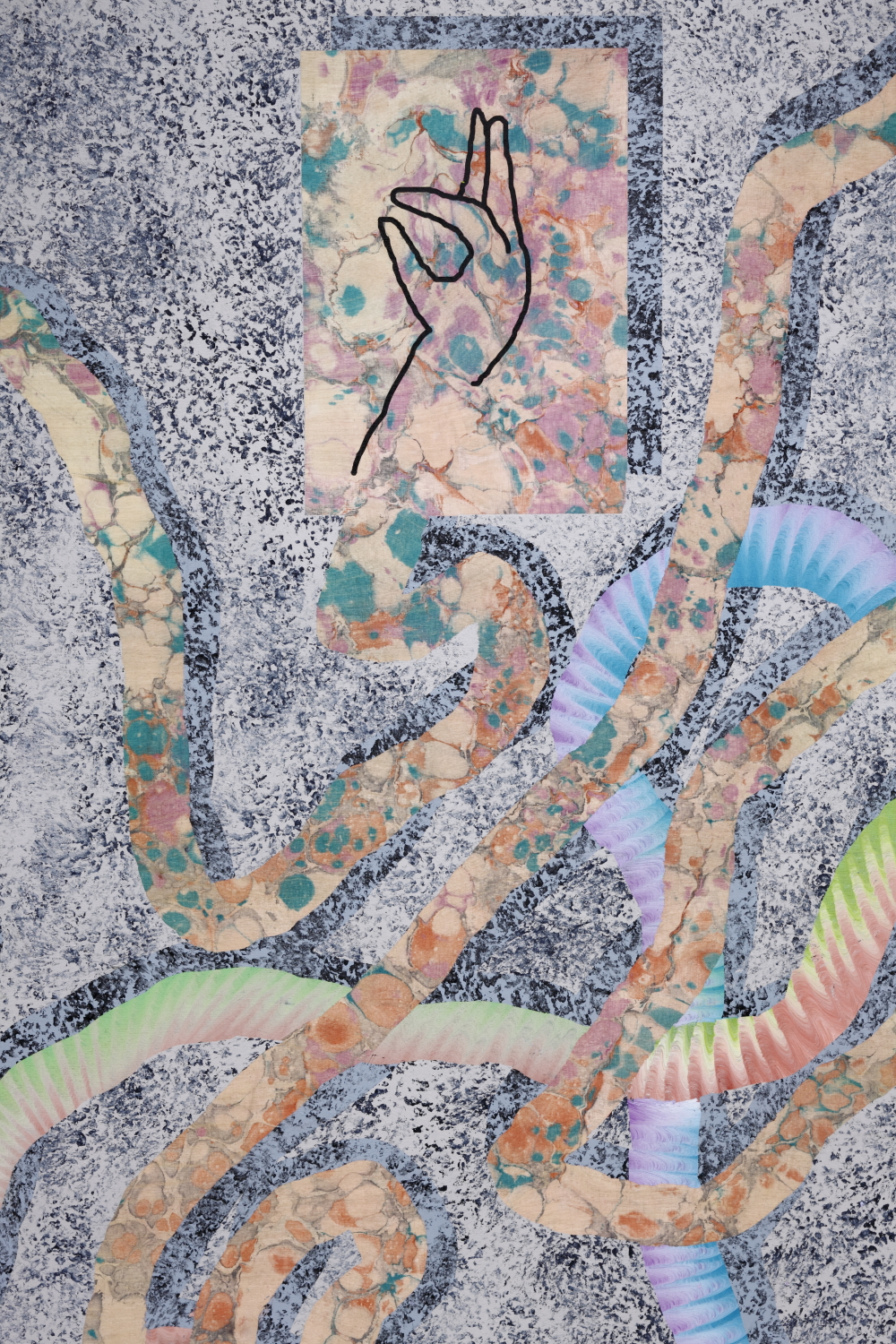 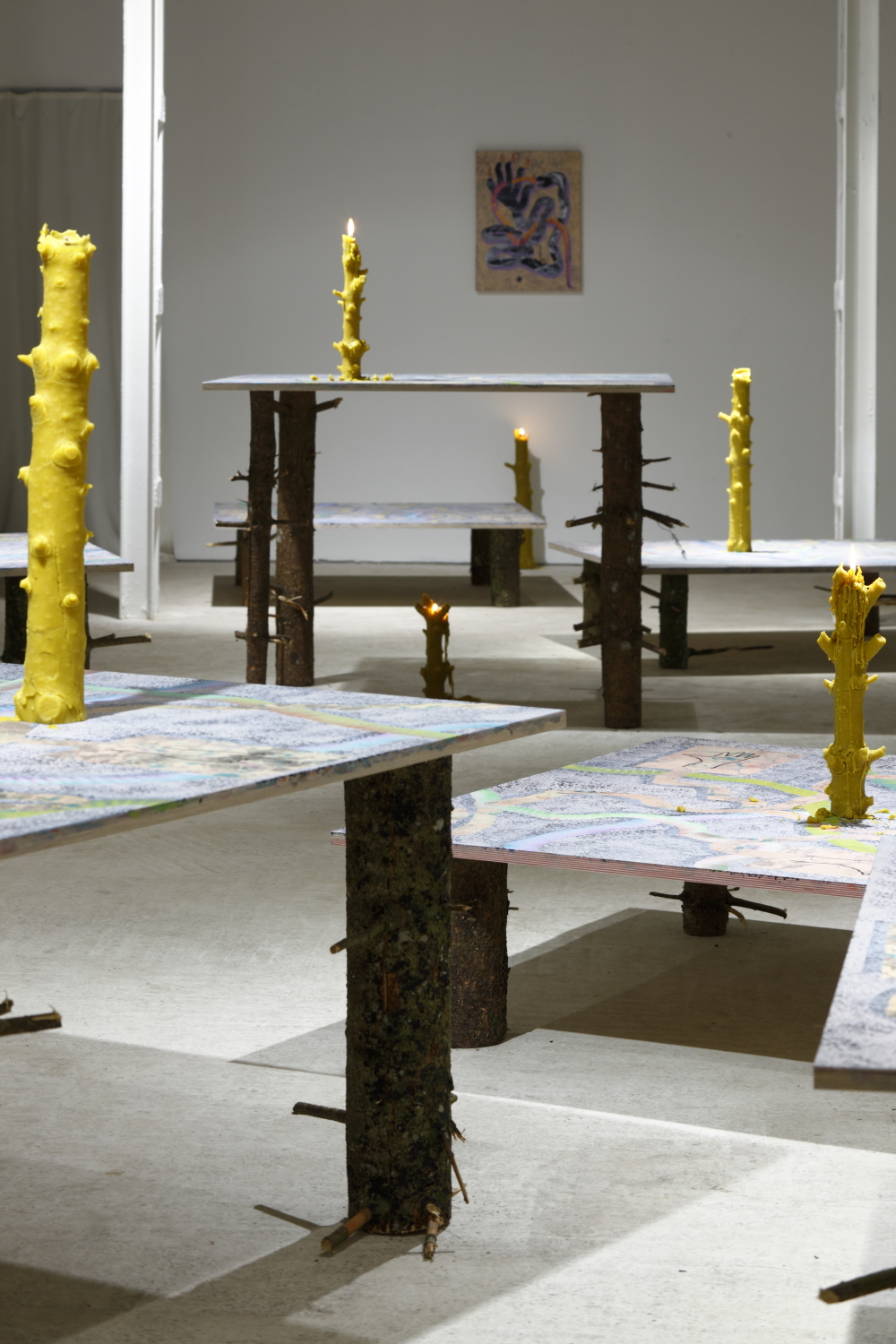 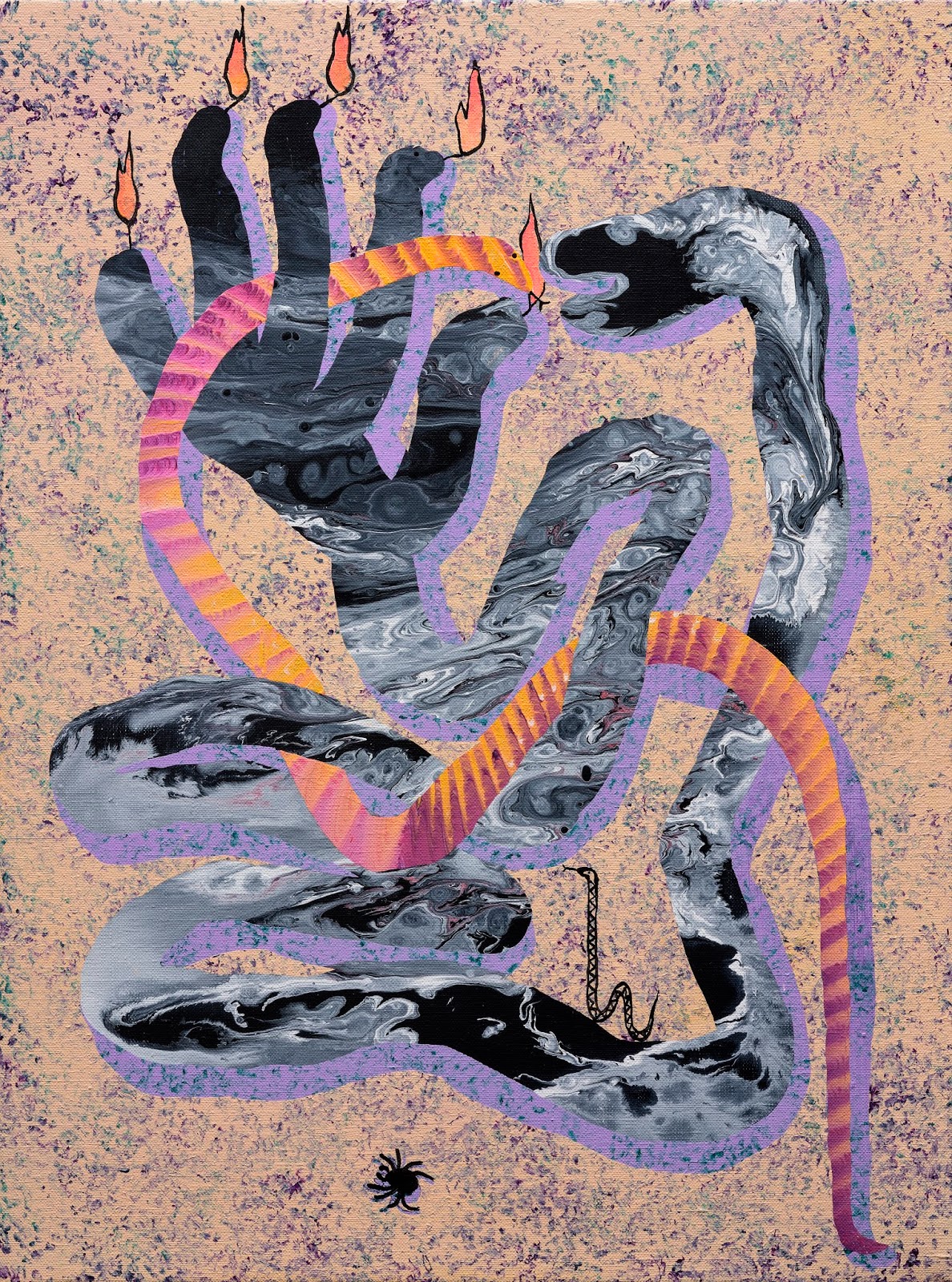 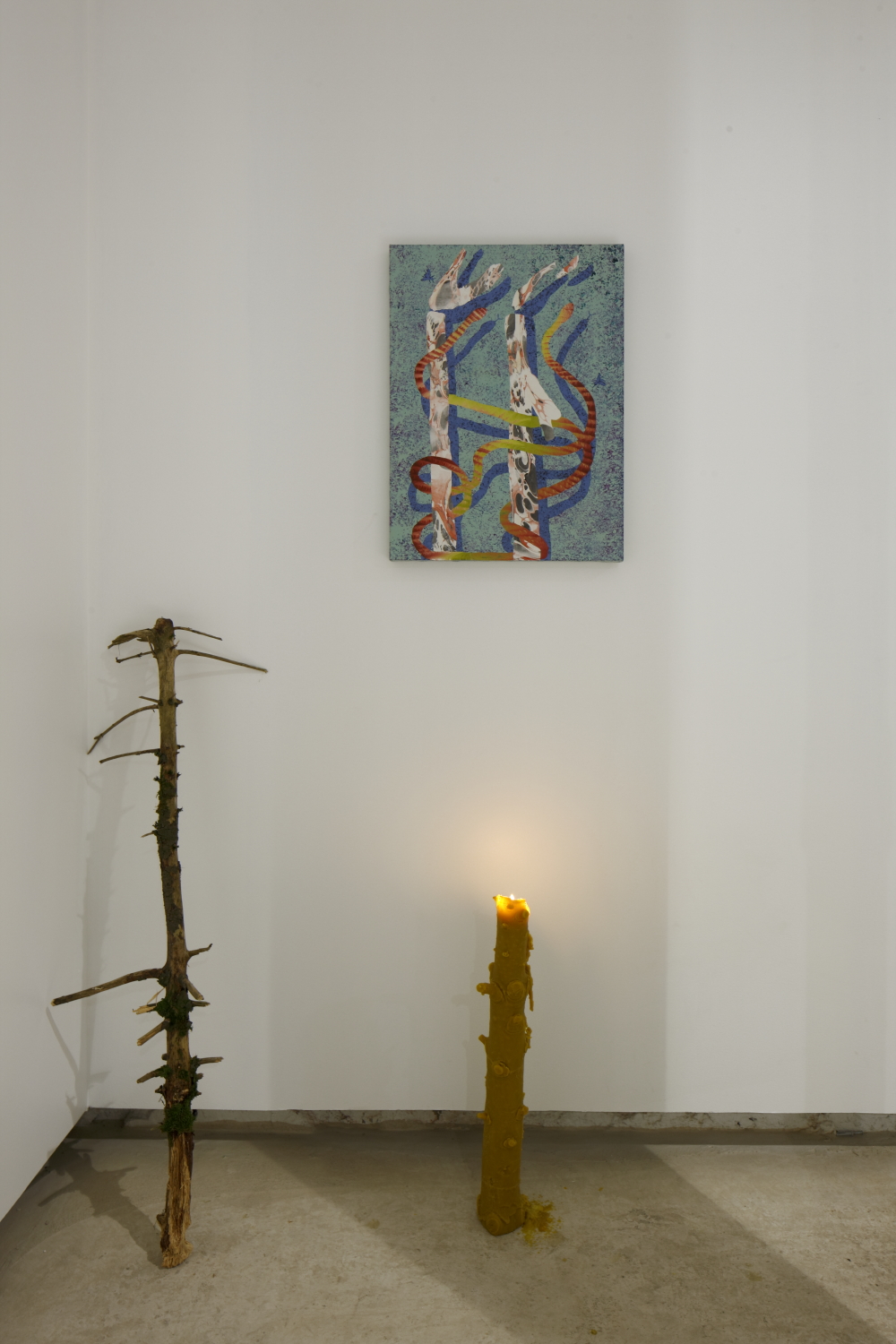 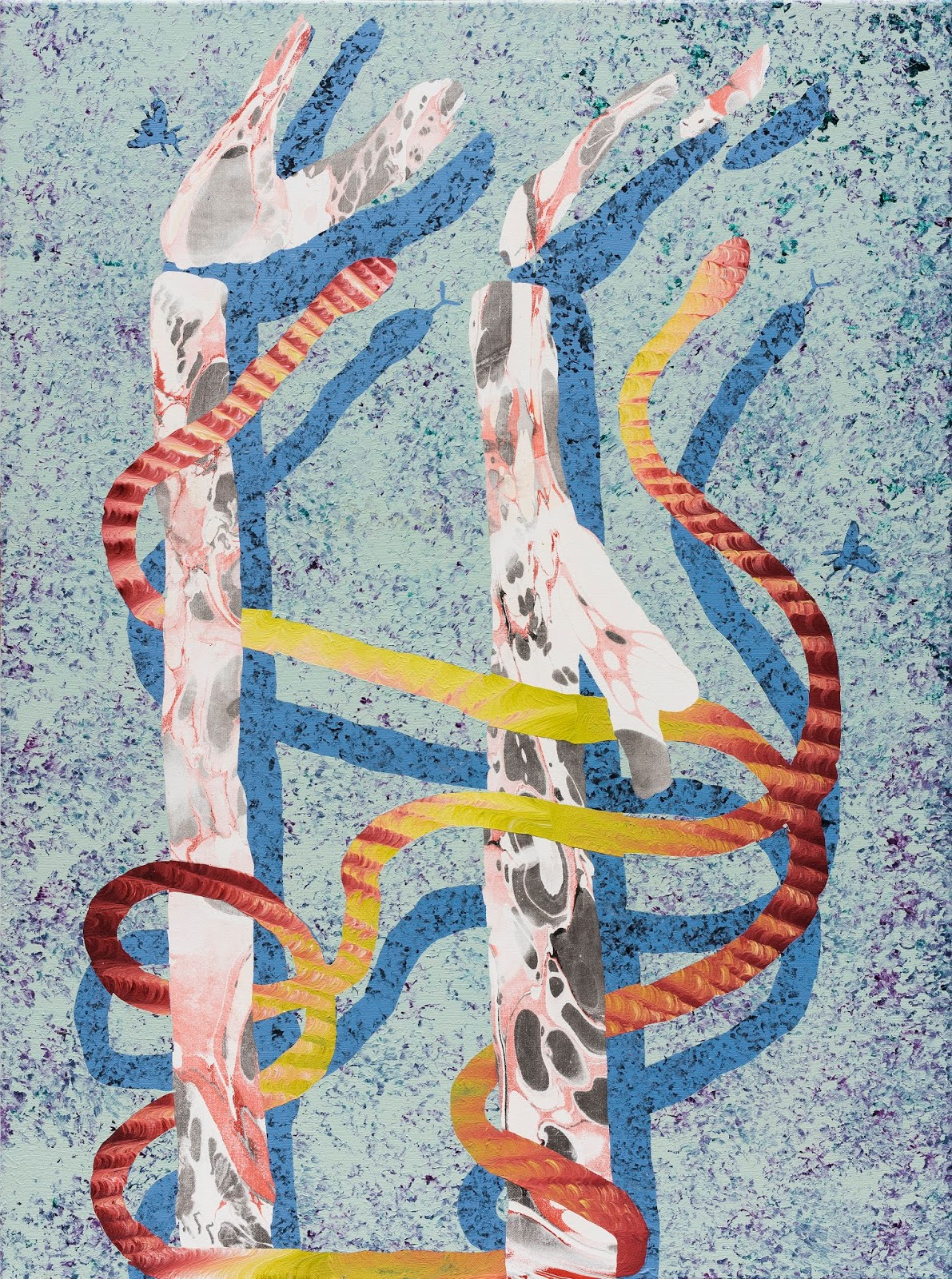 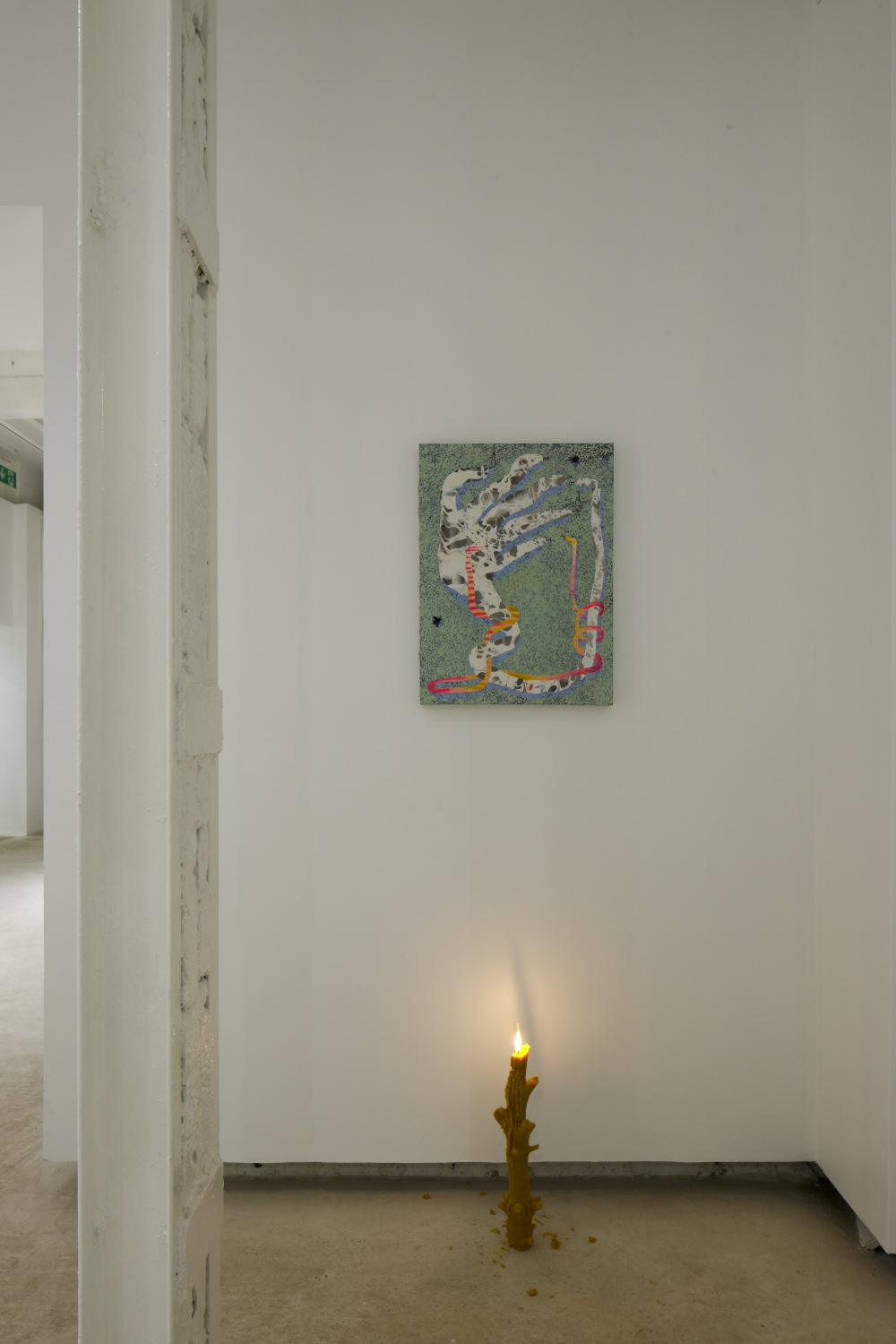 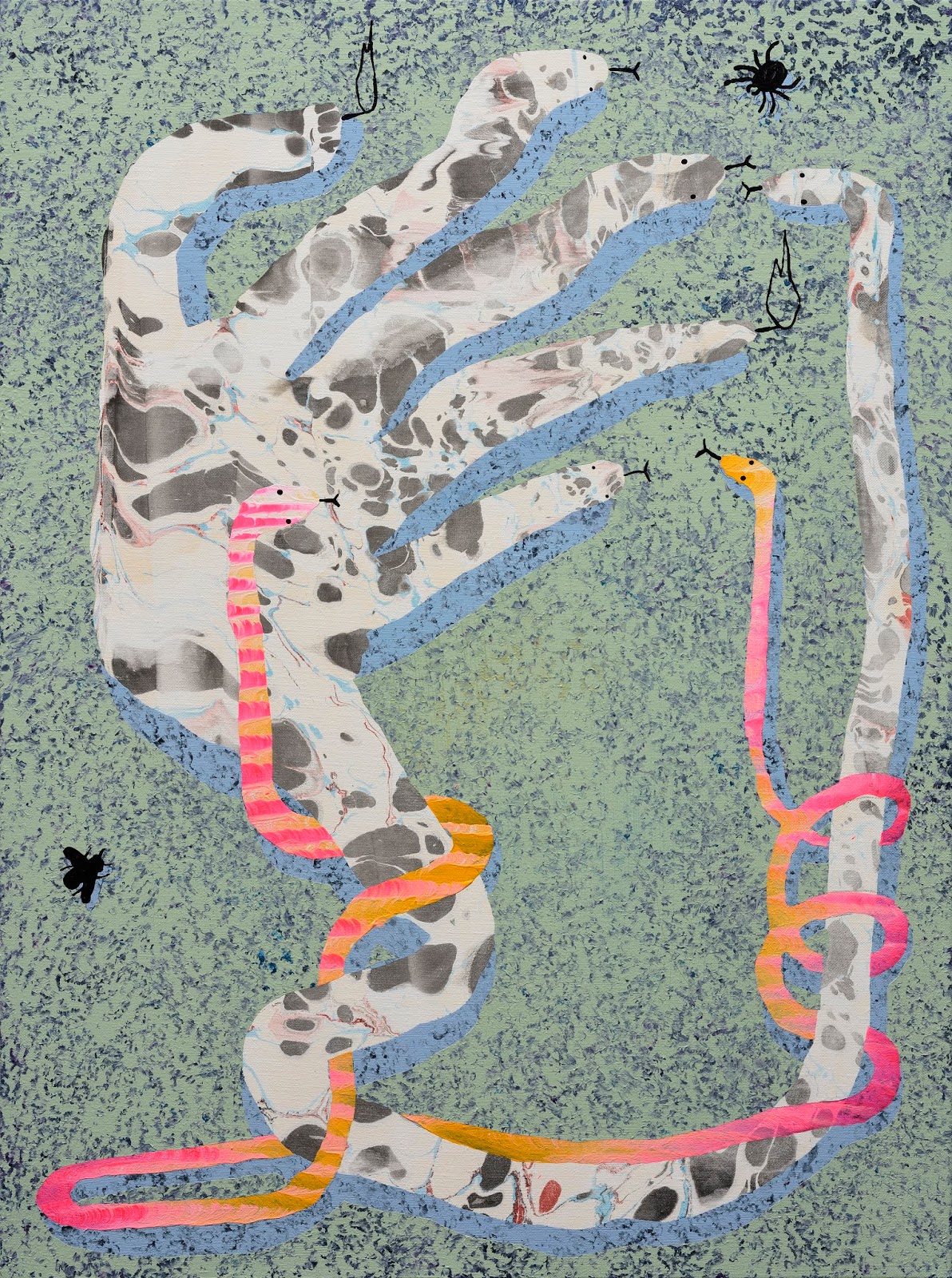 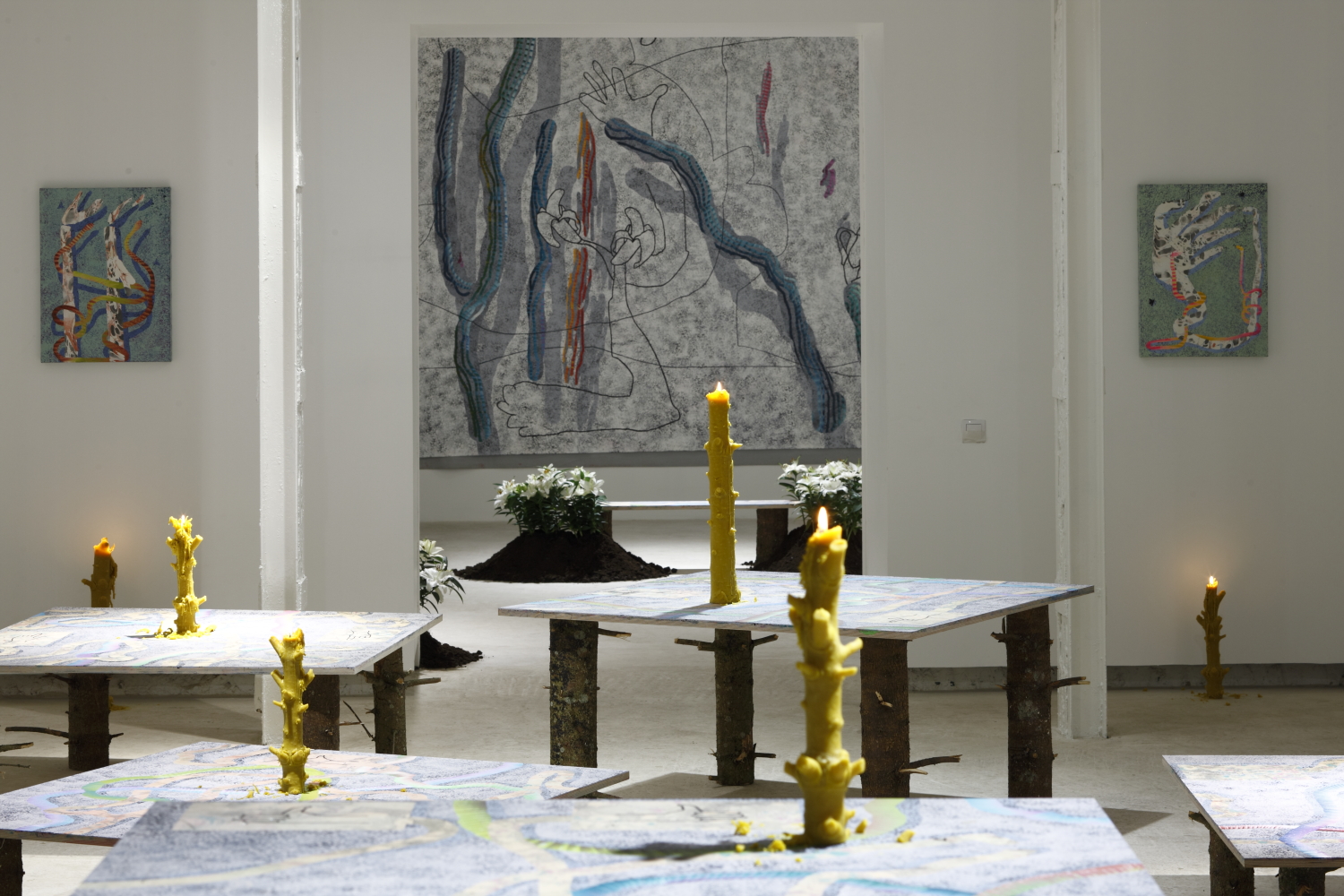 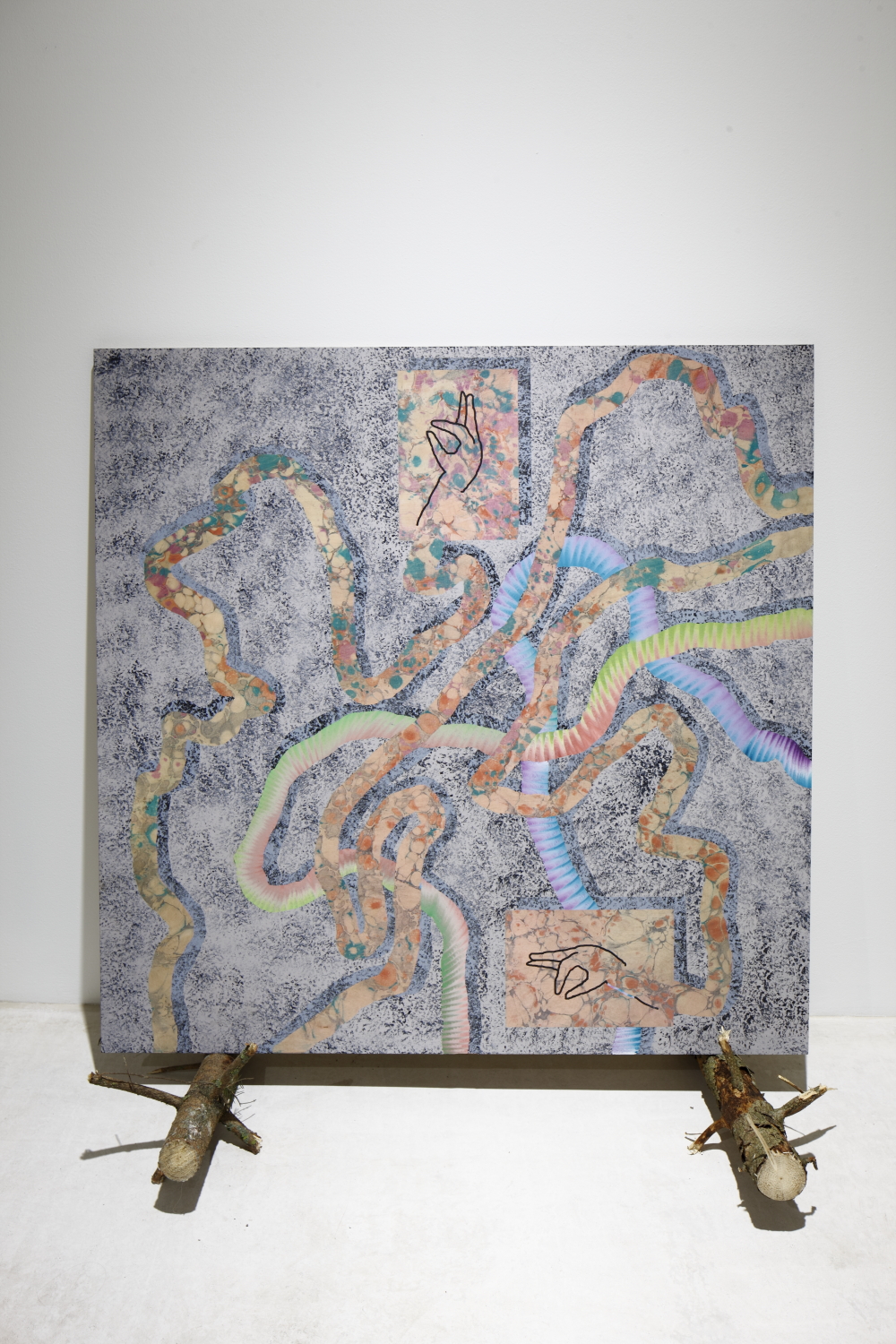 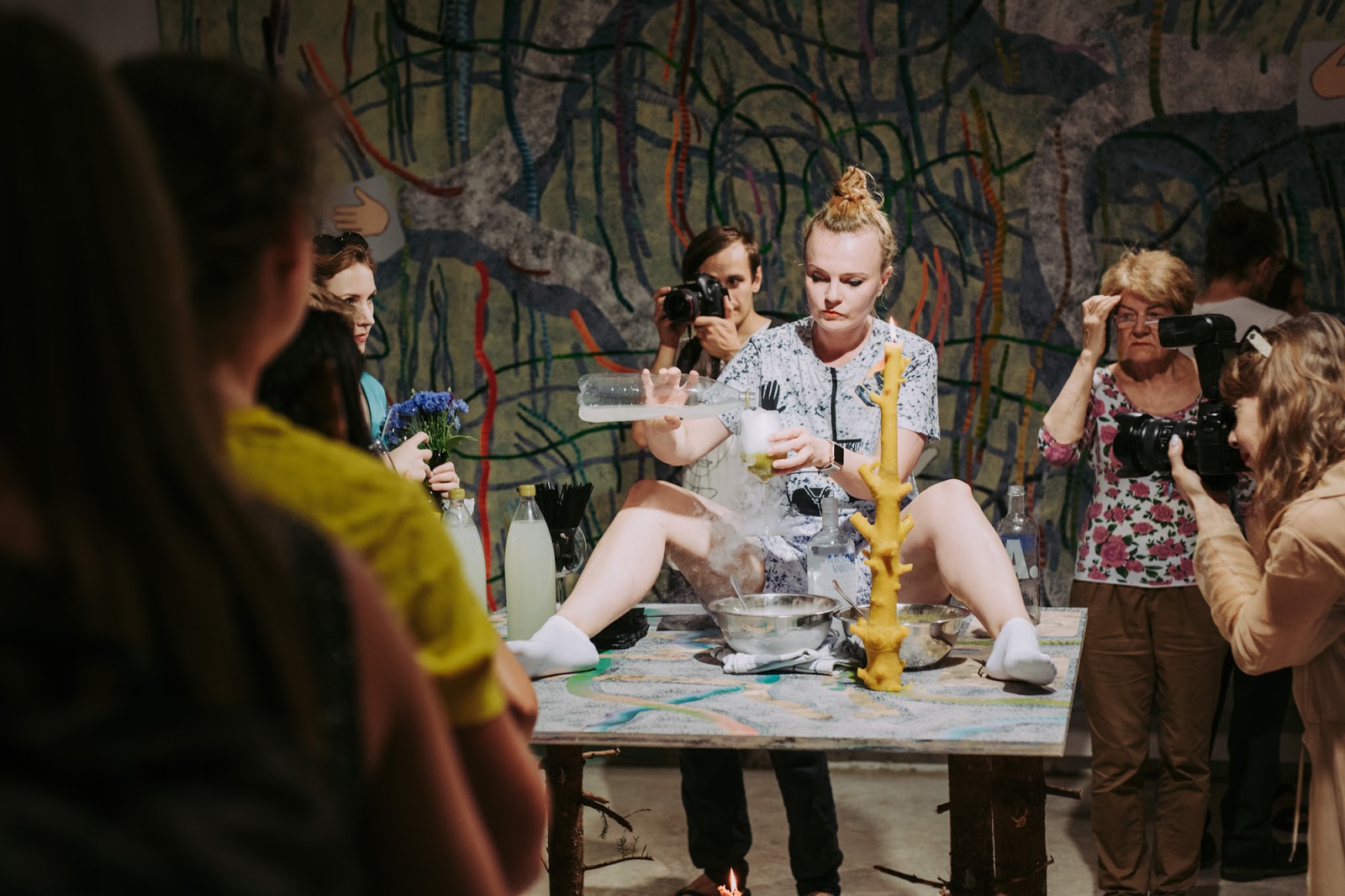 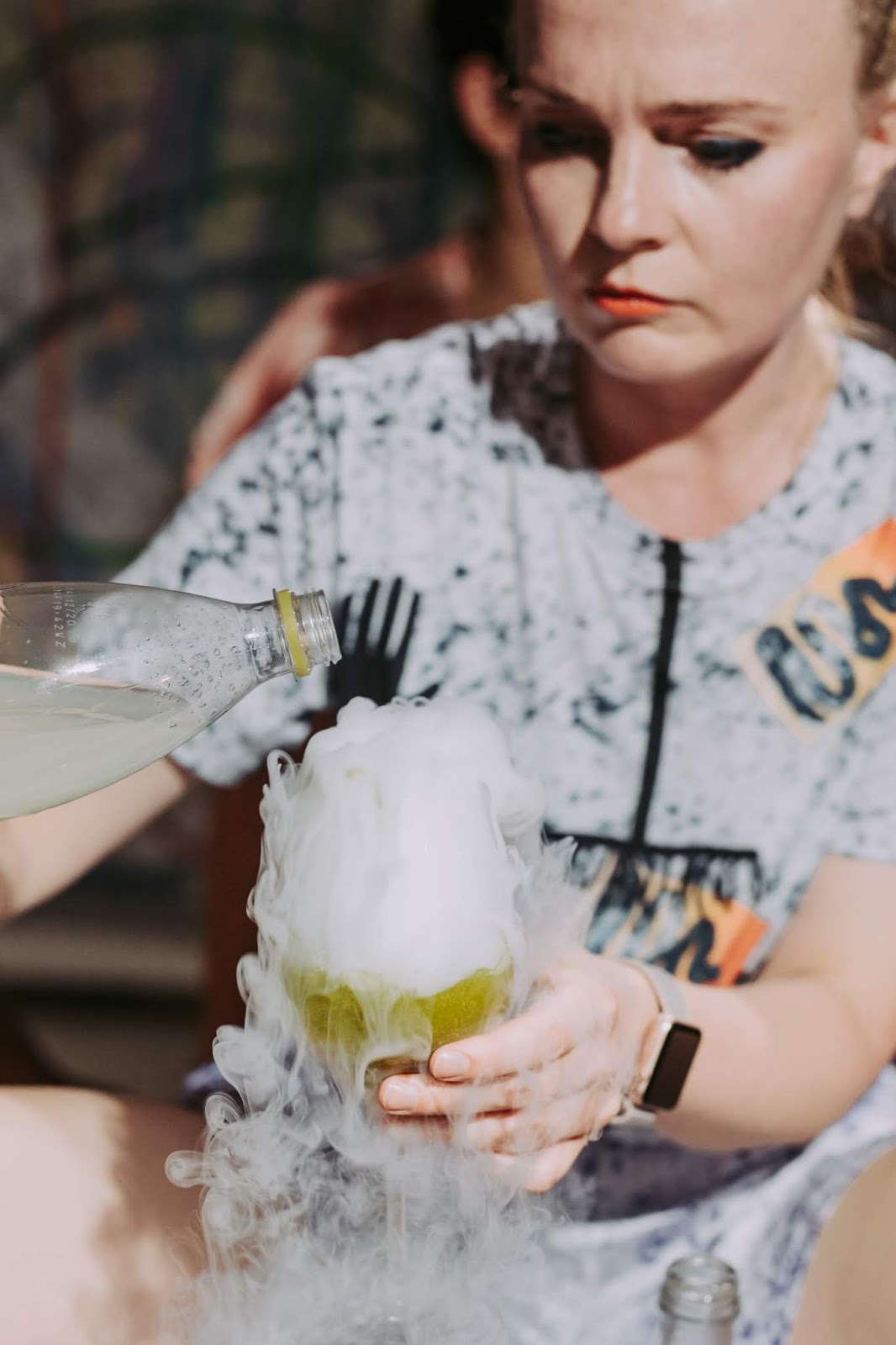 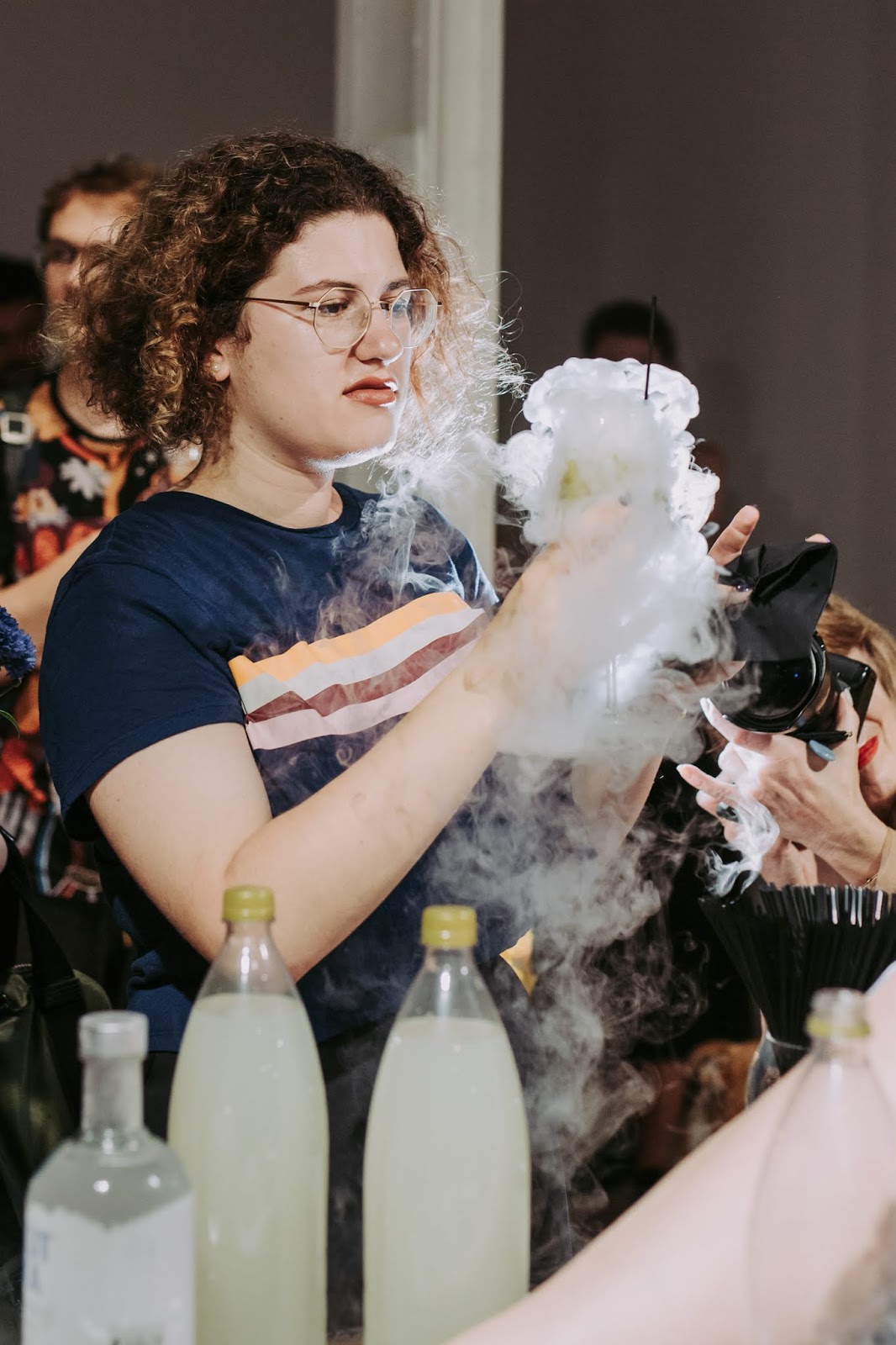 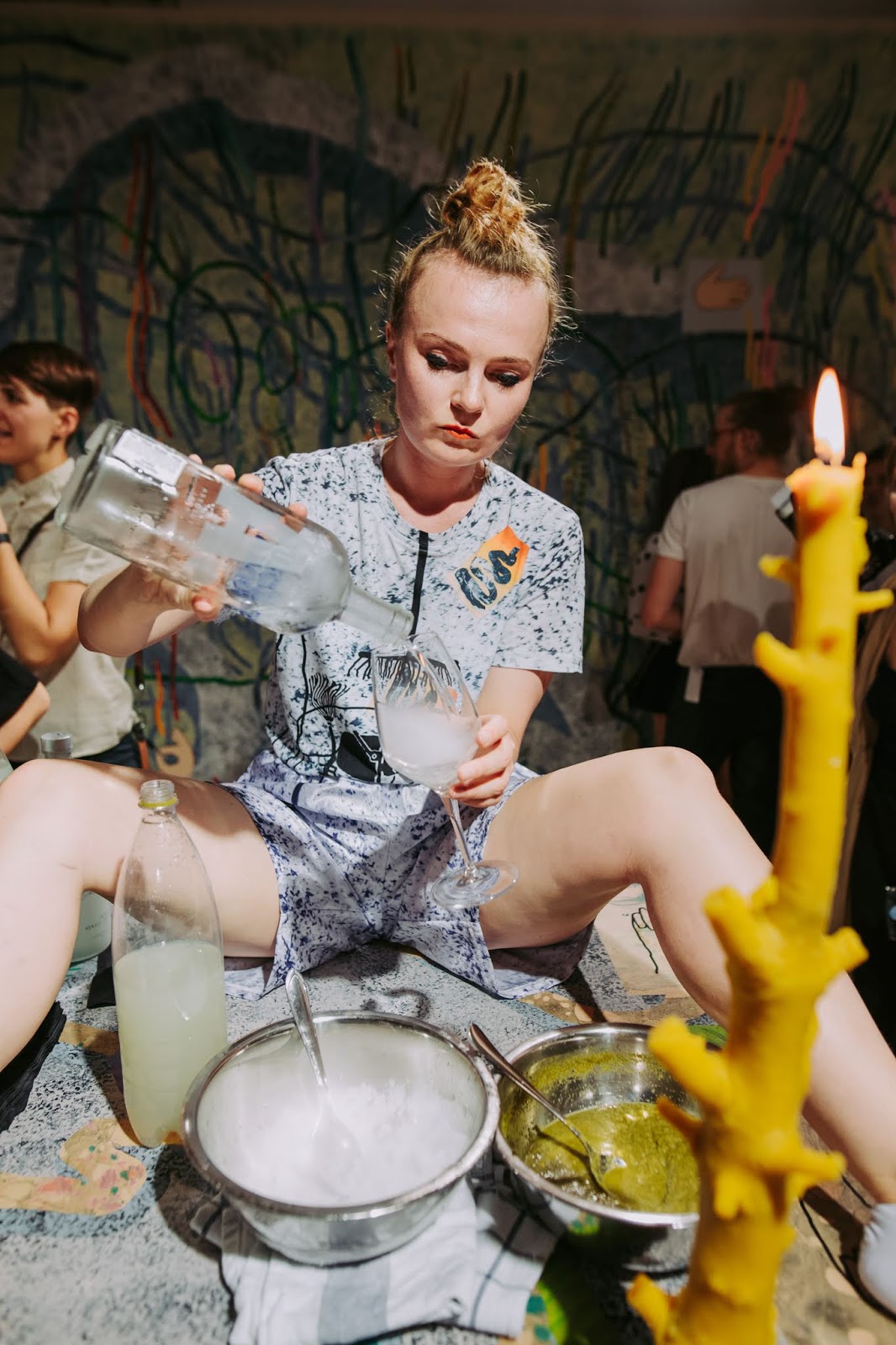 Disposable Gloves Guide elaborates on a set of themes that have been present in Merike Estna’s practice. In her performative paintings and multimedia works in textile, clothing and ceramics, Merike Estna is contemplating on the technology led conversions in contemporary lifestyle, which inevitably contribute to reshaping the social habits of human life. In a society that praises the convenience of automatization, we undergo a restless acceleration that is distancing today’s society from the traditional labour. Disposable Gloves Guide questions the future of traditional labour and unfolds the contemporary social concerns we might be facing the end of the world as we know it.

The opening night will be complemented by Estna’s performance Red Herring (8–9pm). For the performance, the audience will be served artist-crafted potions on top of her painting as an invitation to drink and converse. It has since been exhibited at Chart Kopenhagen; Performa 17 and AIG, NYC and at Kiasma Art Museum, Helsinki. The performance at Kim? is supported by Absolut.

"Red Herring engages painting as a stage for human interaction. Merike Estna’s practice incorporates what she terms 'performative paintings,' with allusions to the digital and the nostalgic, and a romantic reverence for parts of human existence that are mutating, melting, or slipping away. Inspired by Aleksandr Pushkin’s A Feast in the Time of Plague, Estna plays with our ideas of Romantic forms of representation and social space."
–Maria Arusoo, Center for Contemporary Arts, Estonia