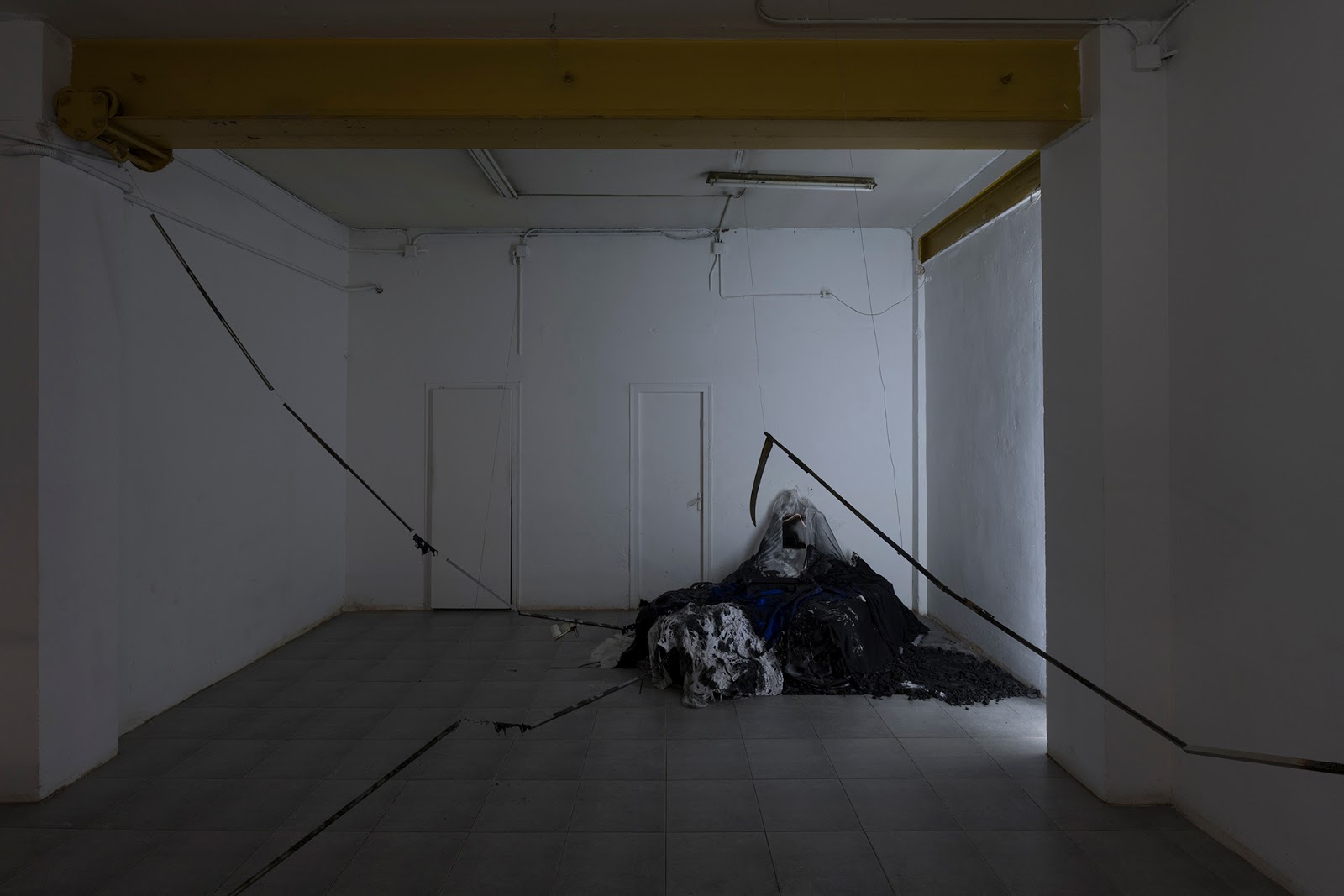 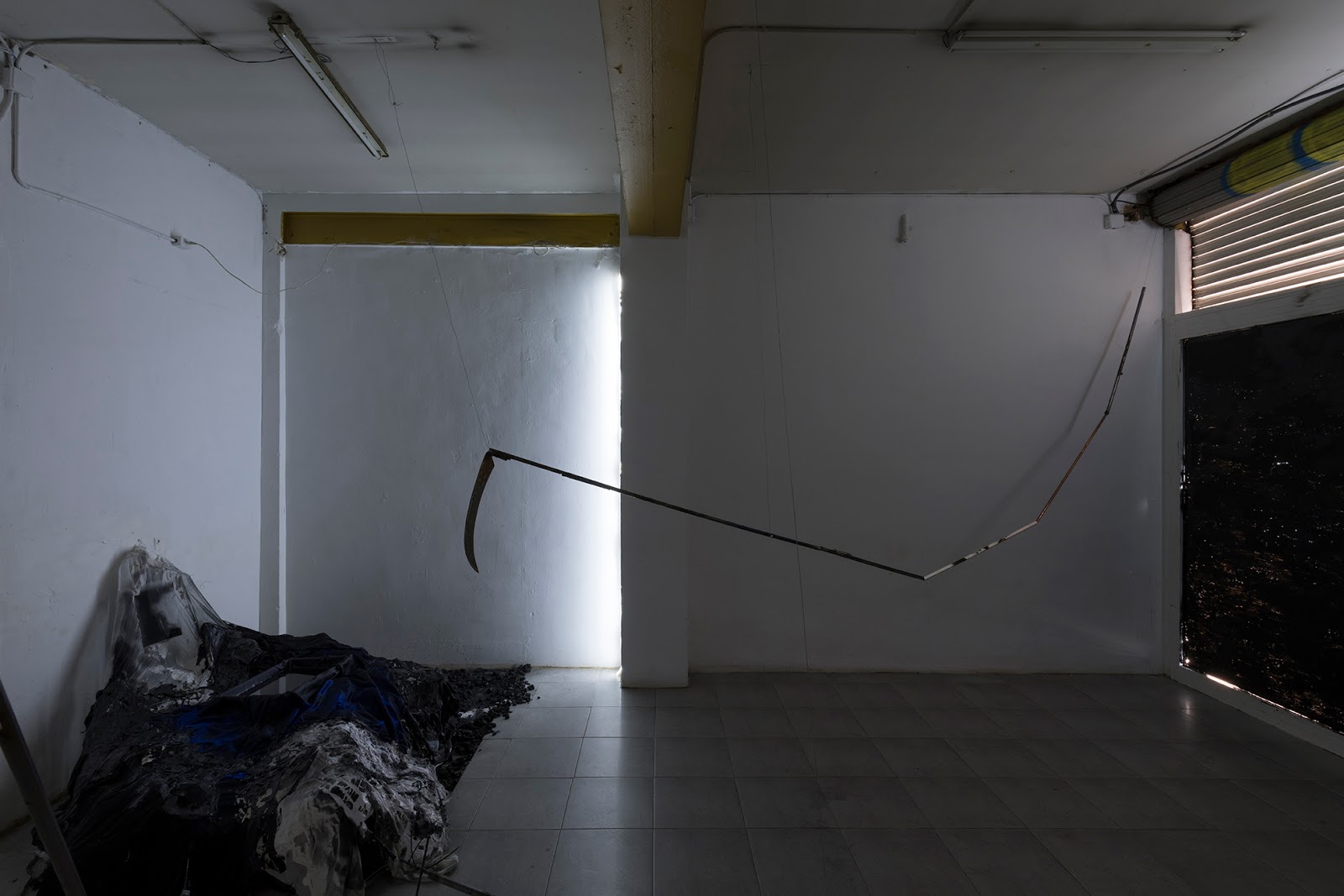 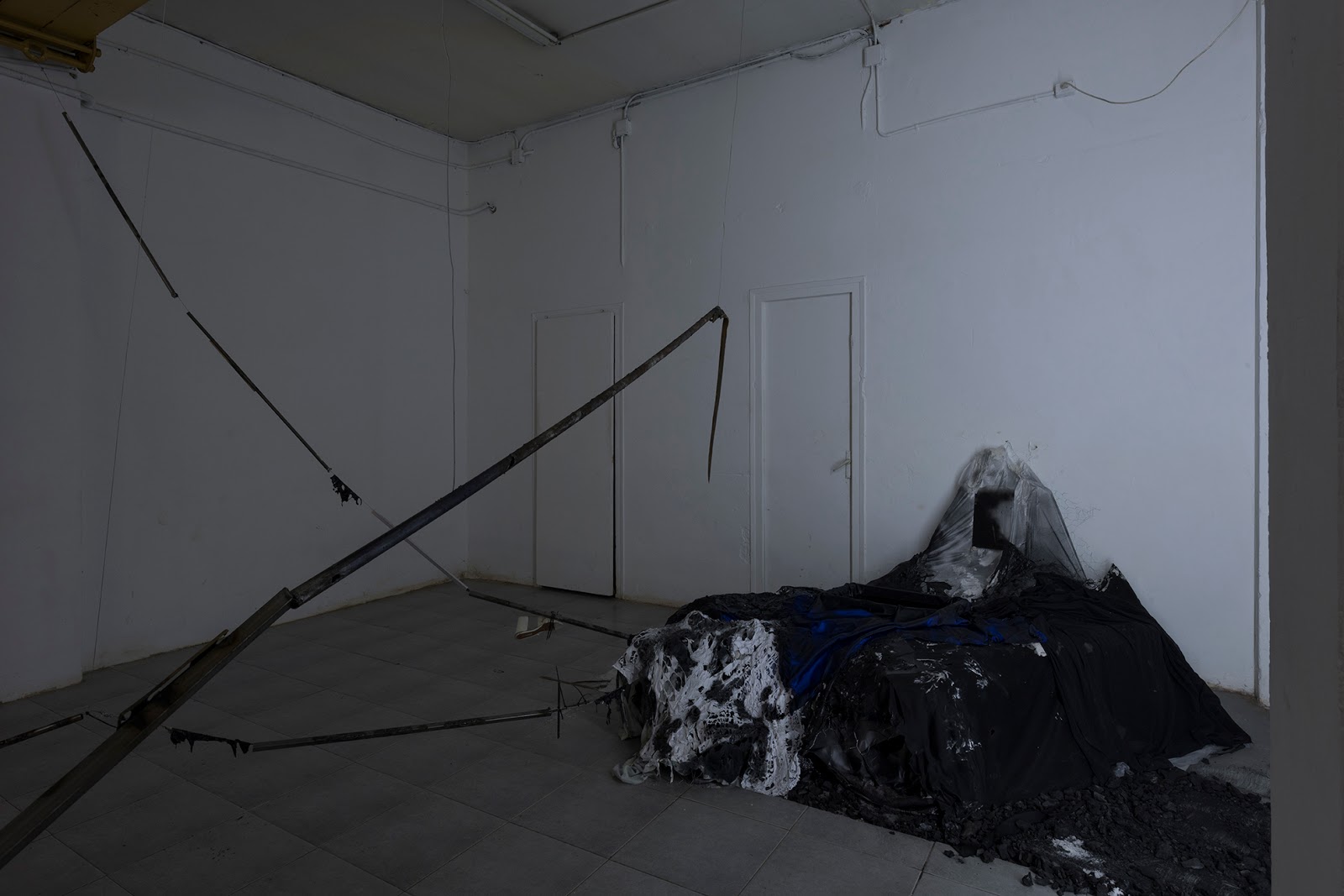 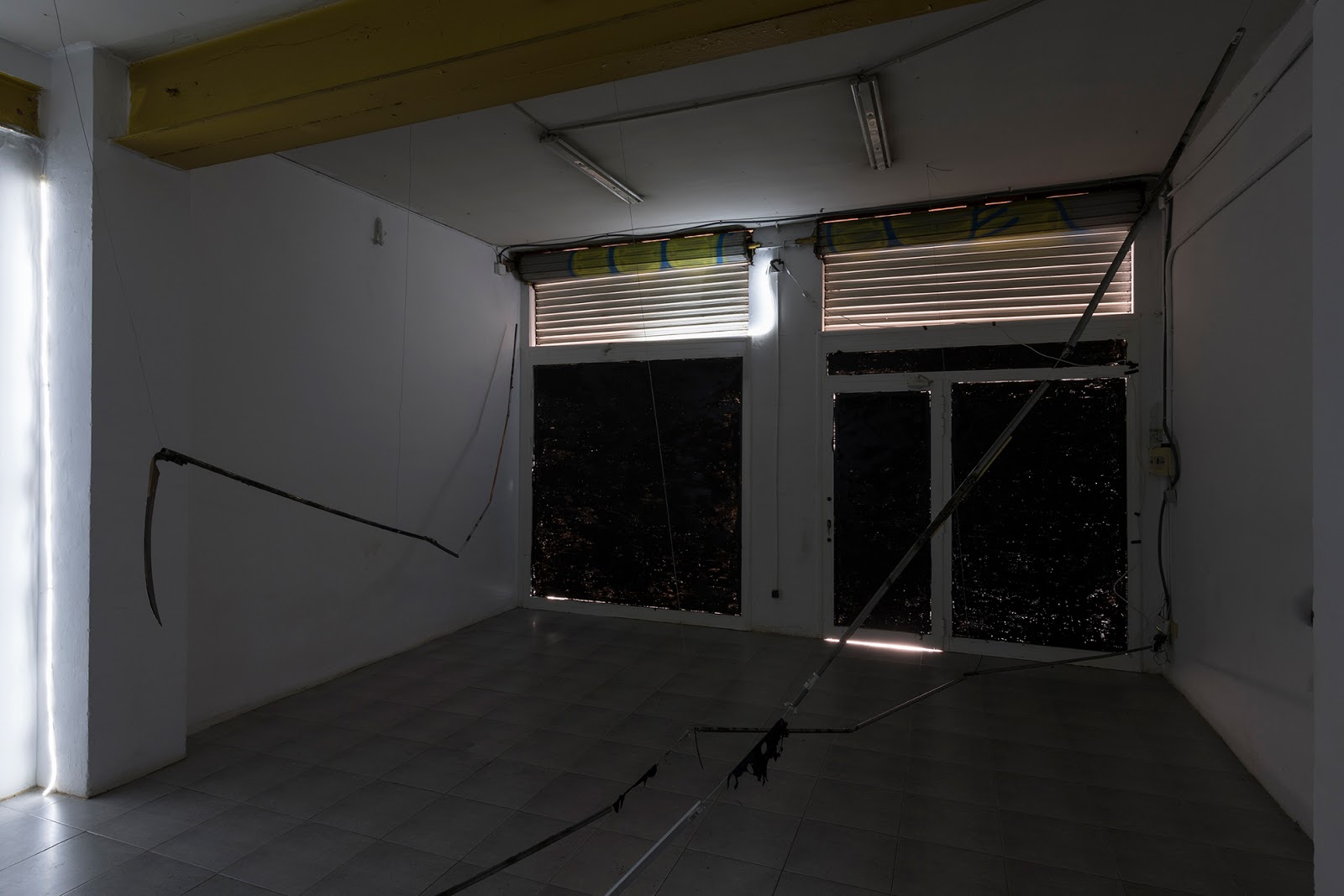 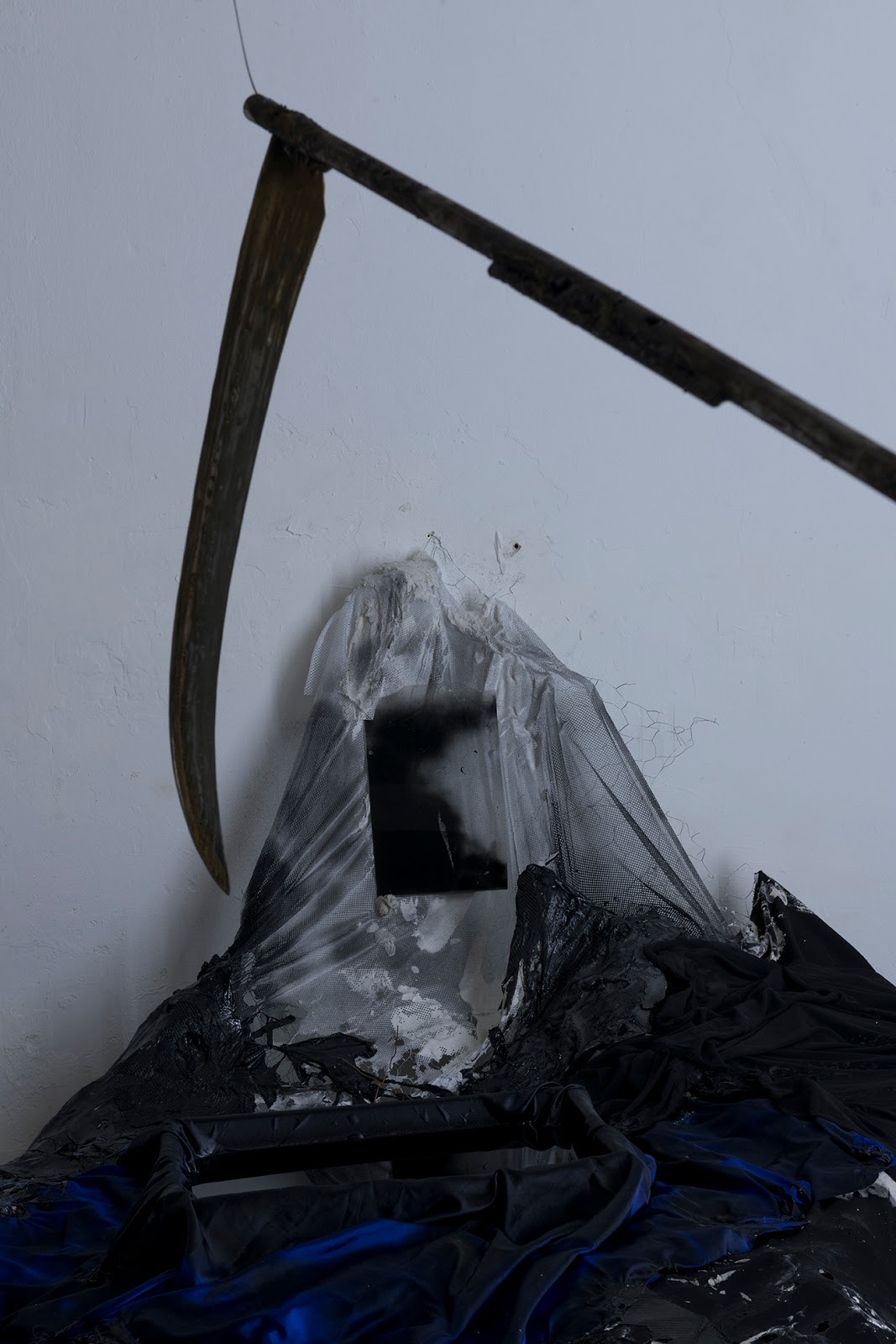 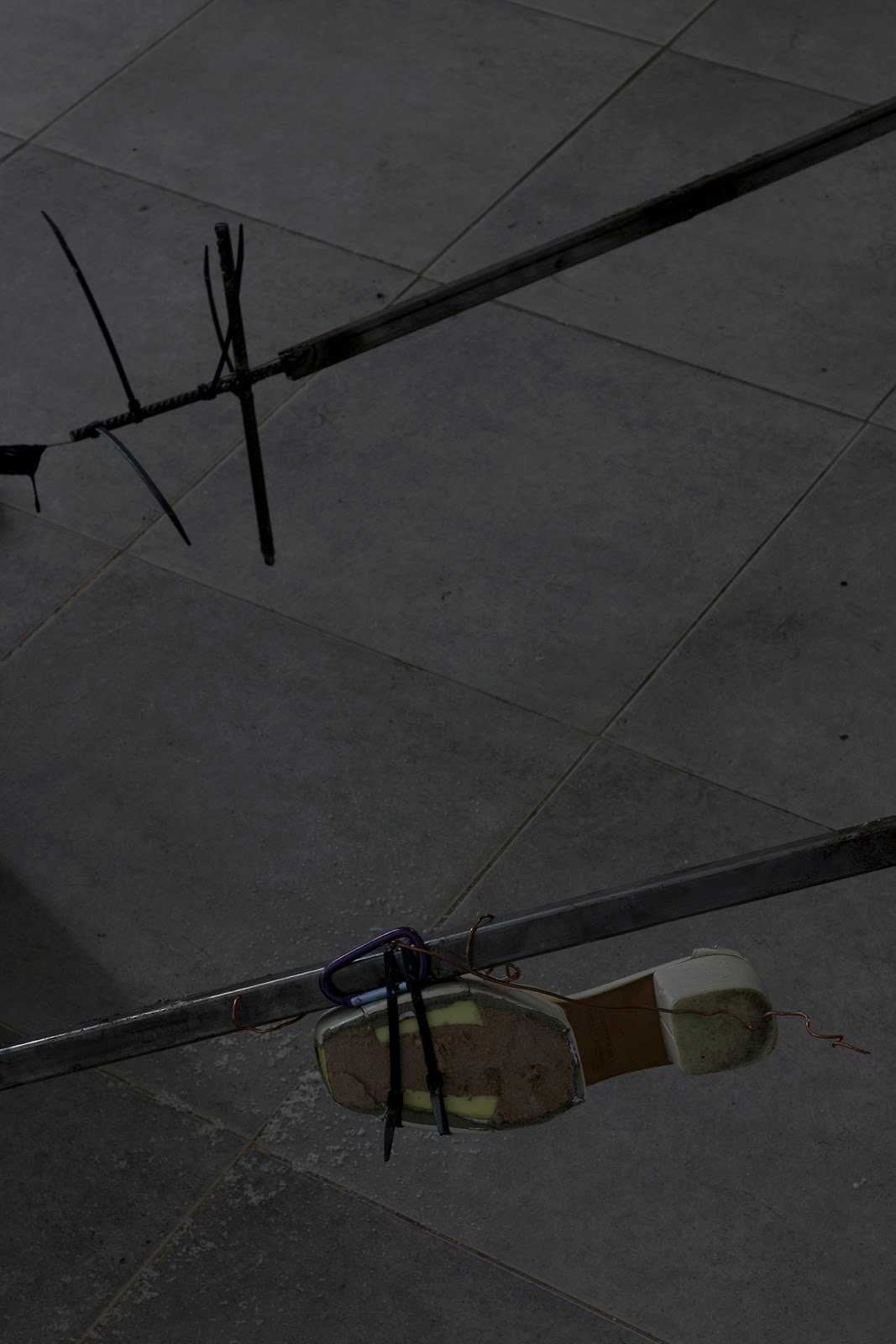 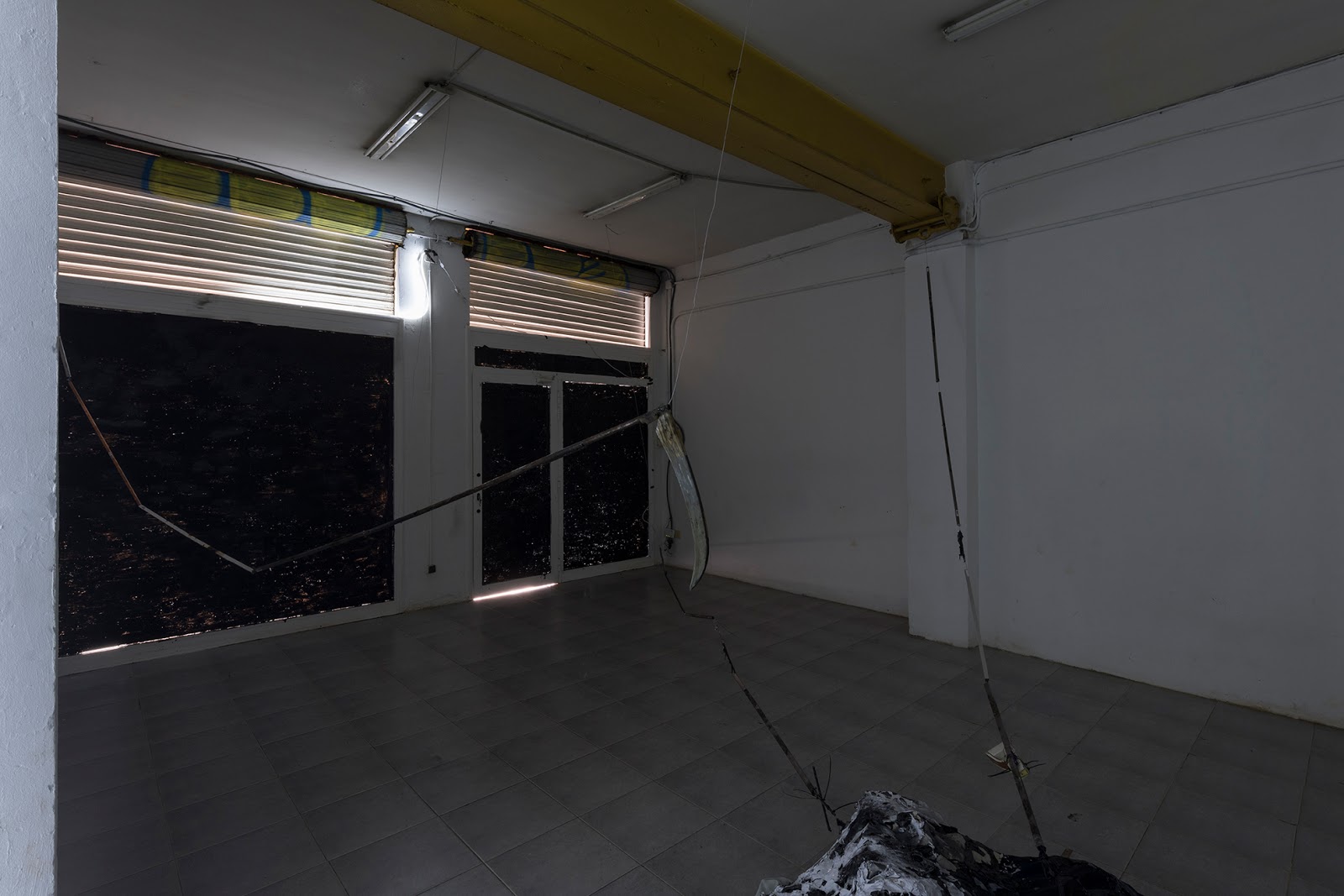 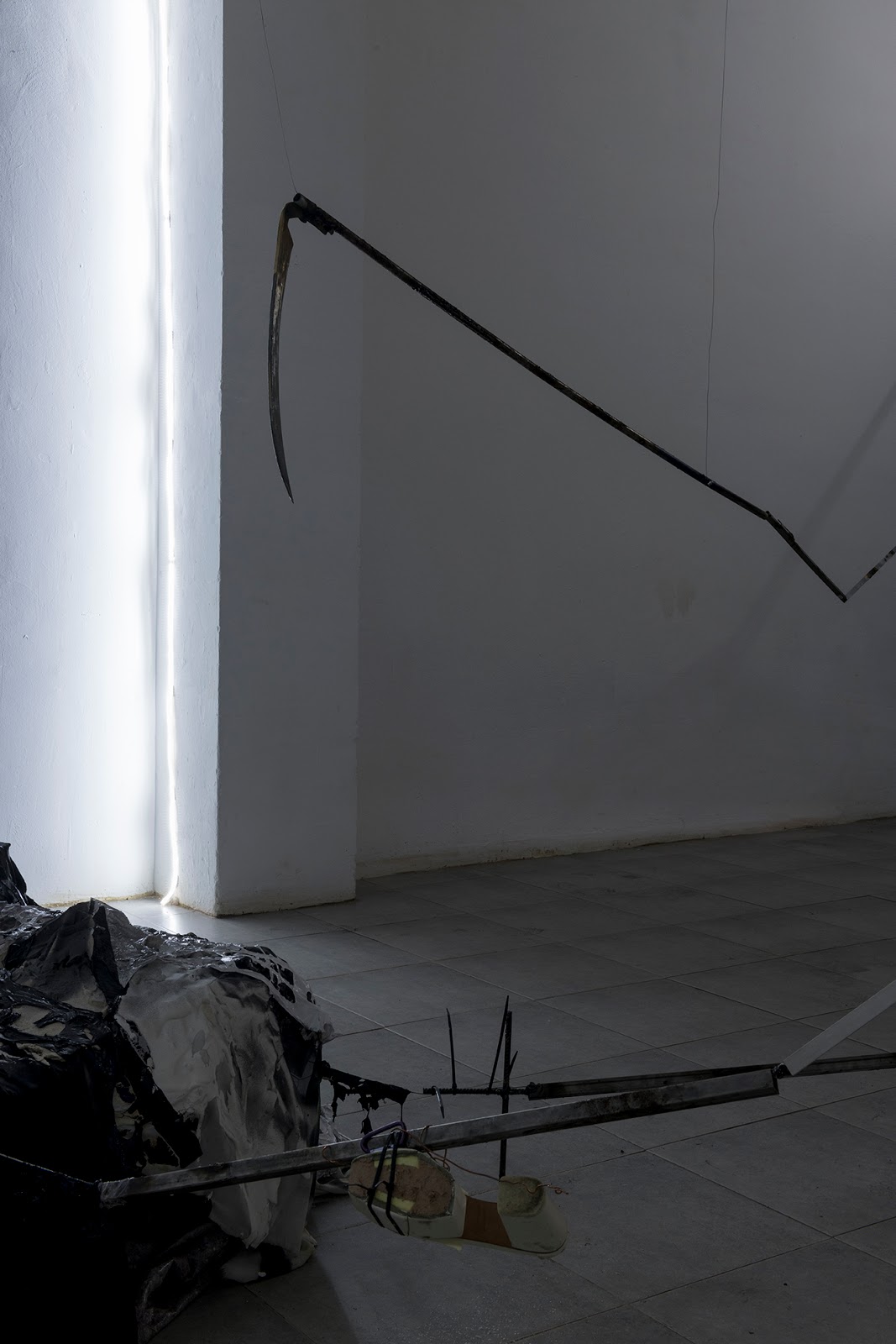 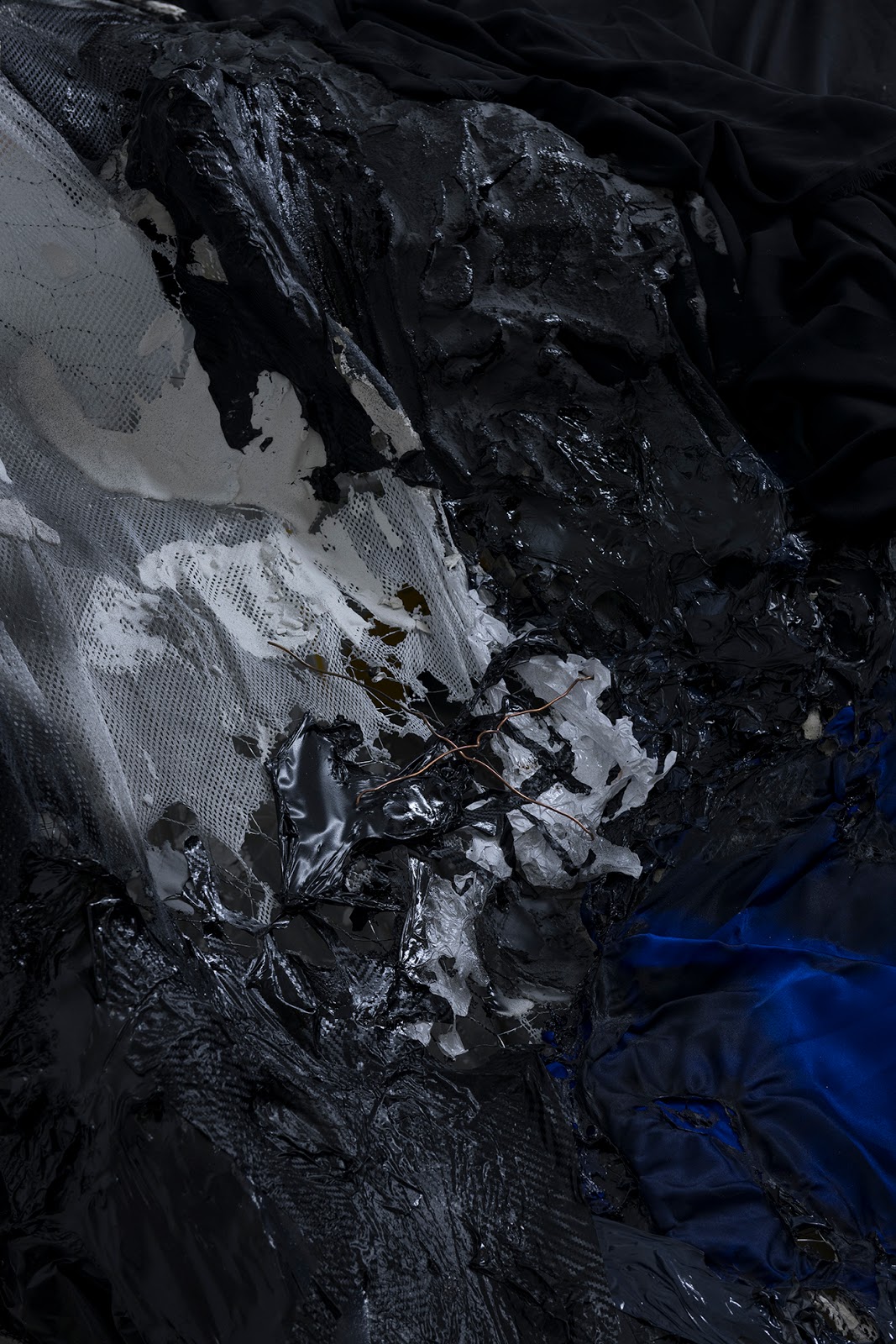 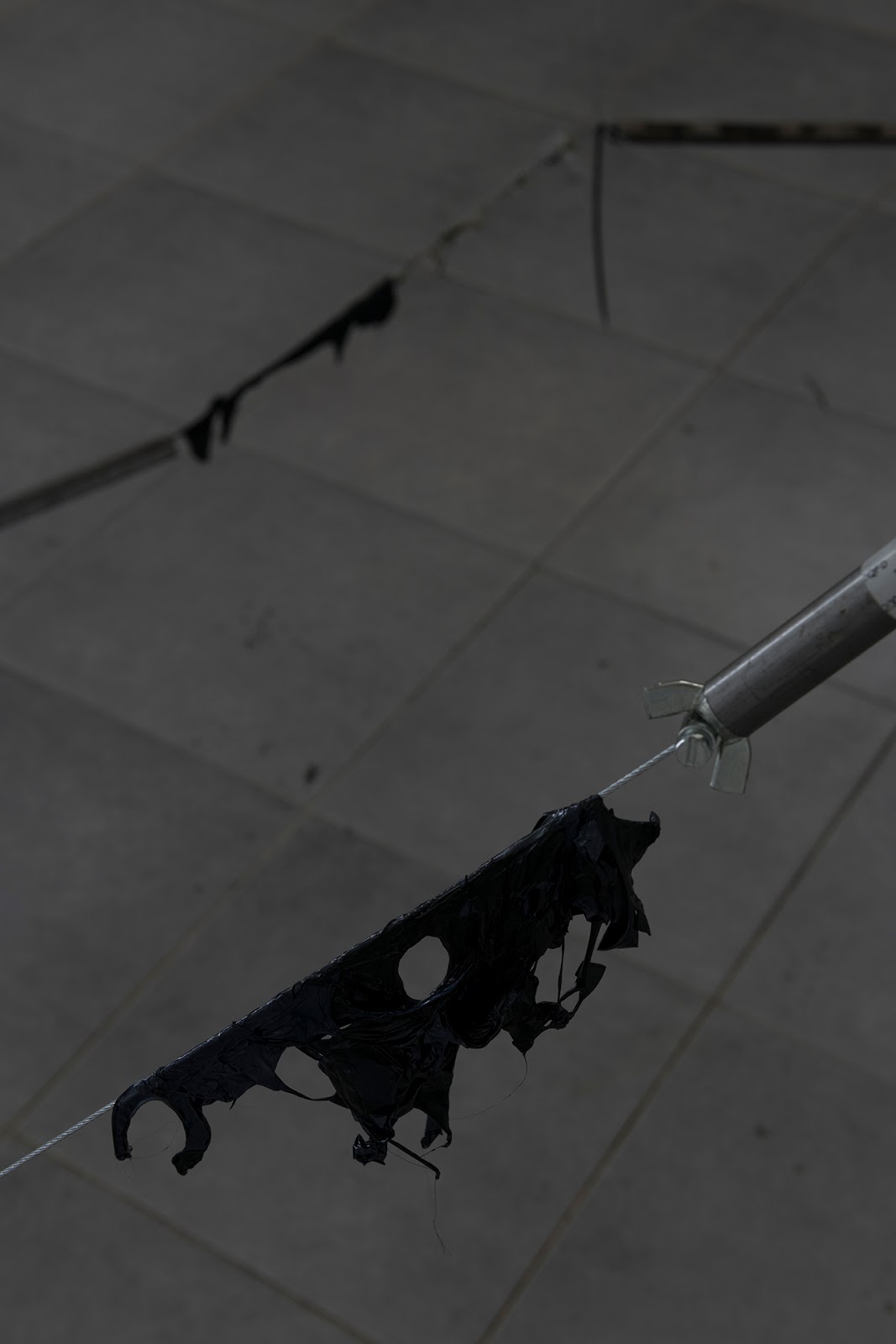 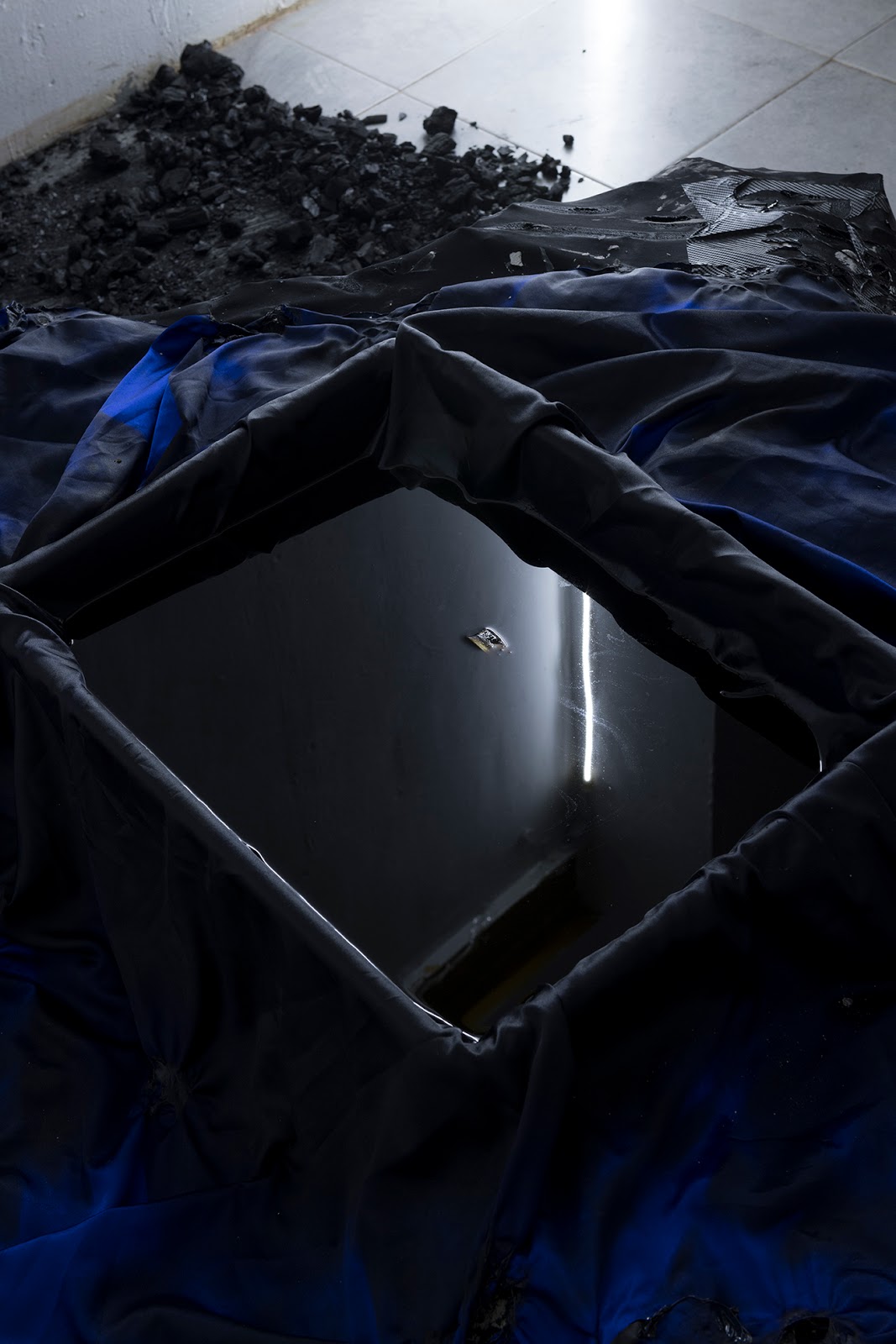 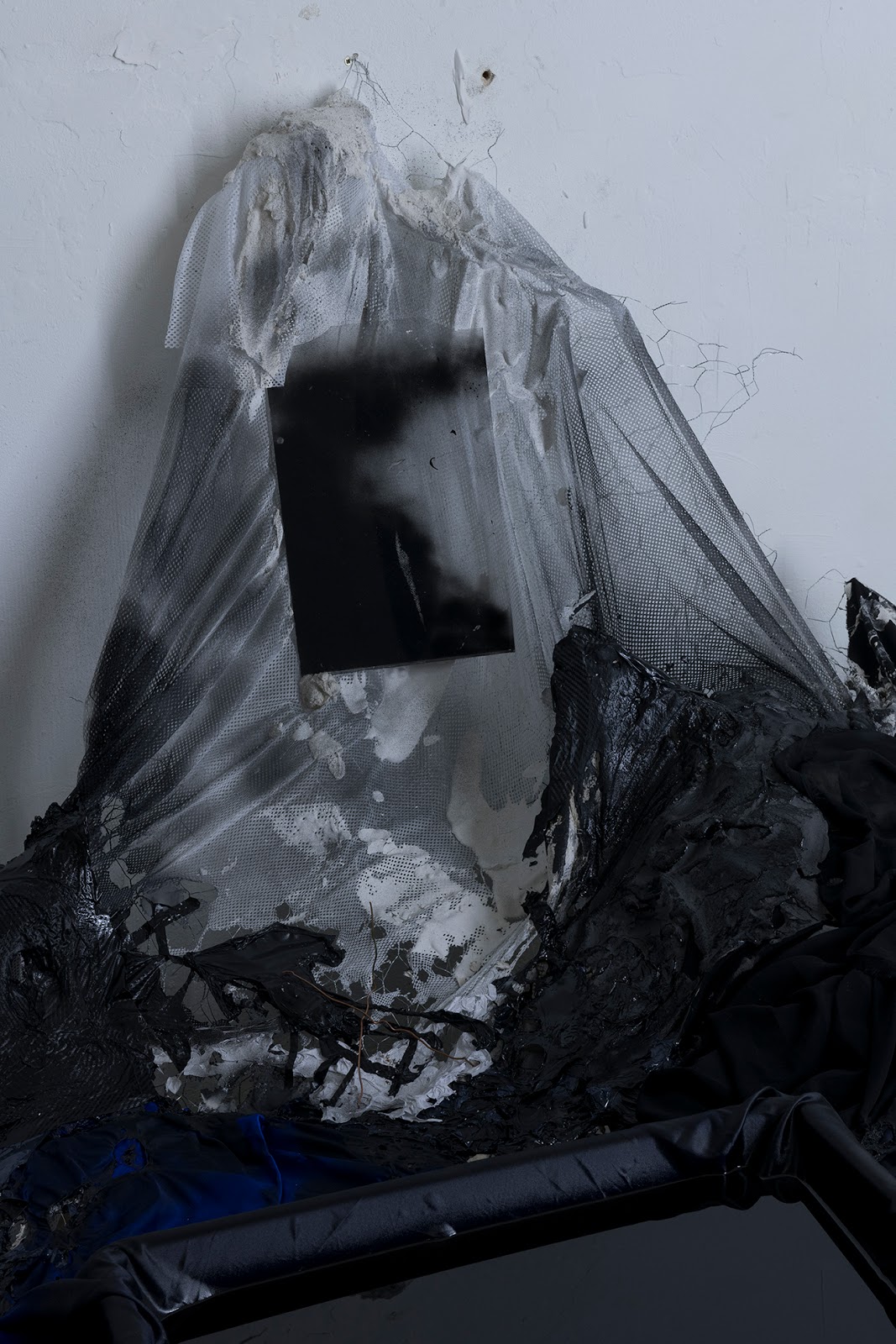 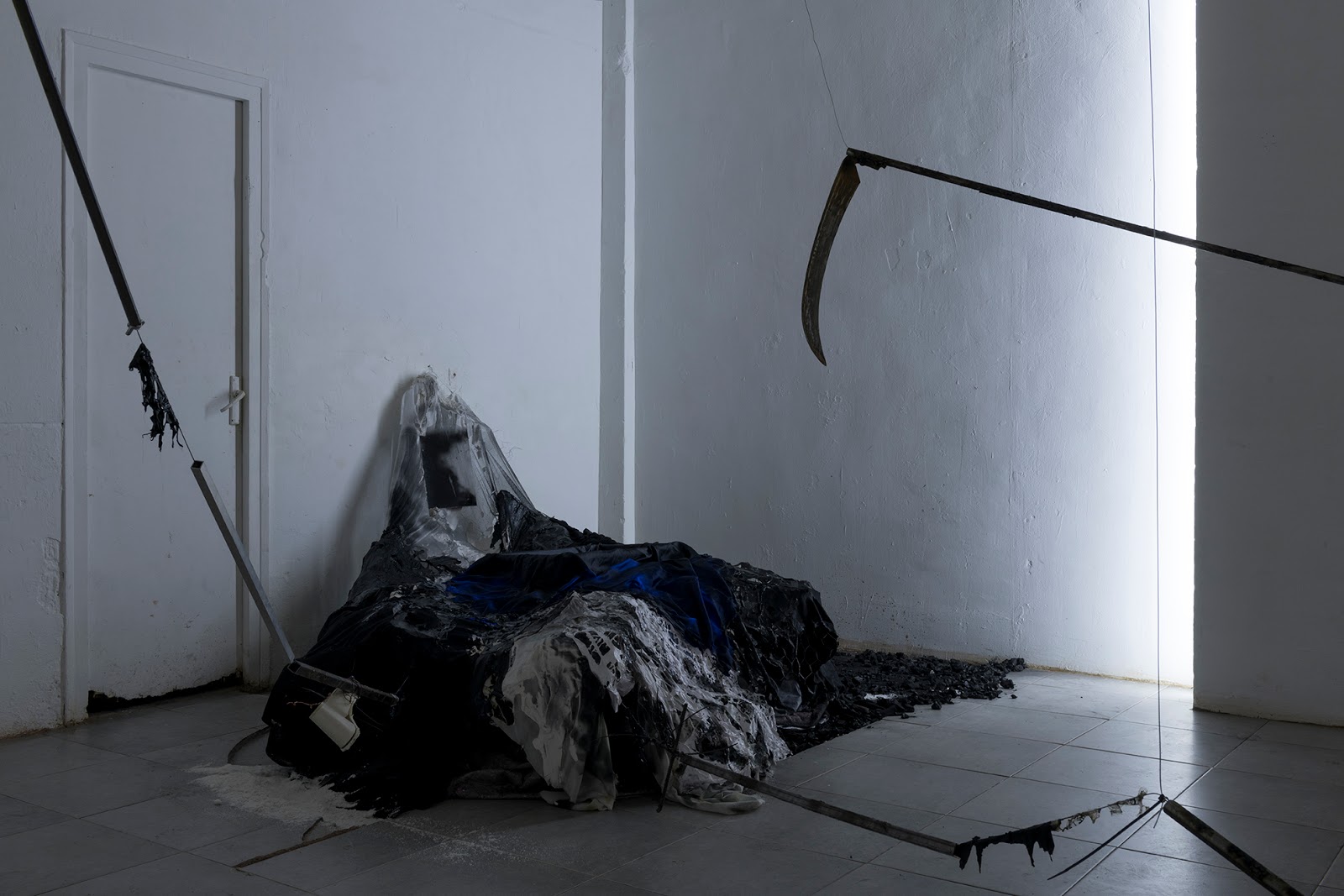 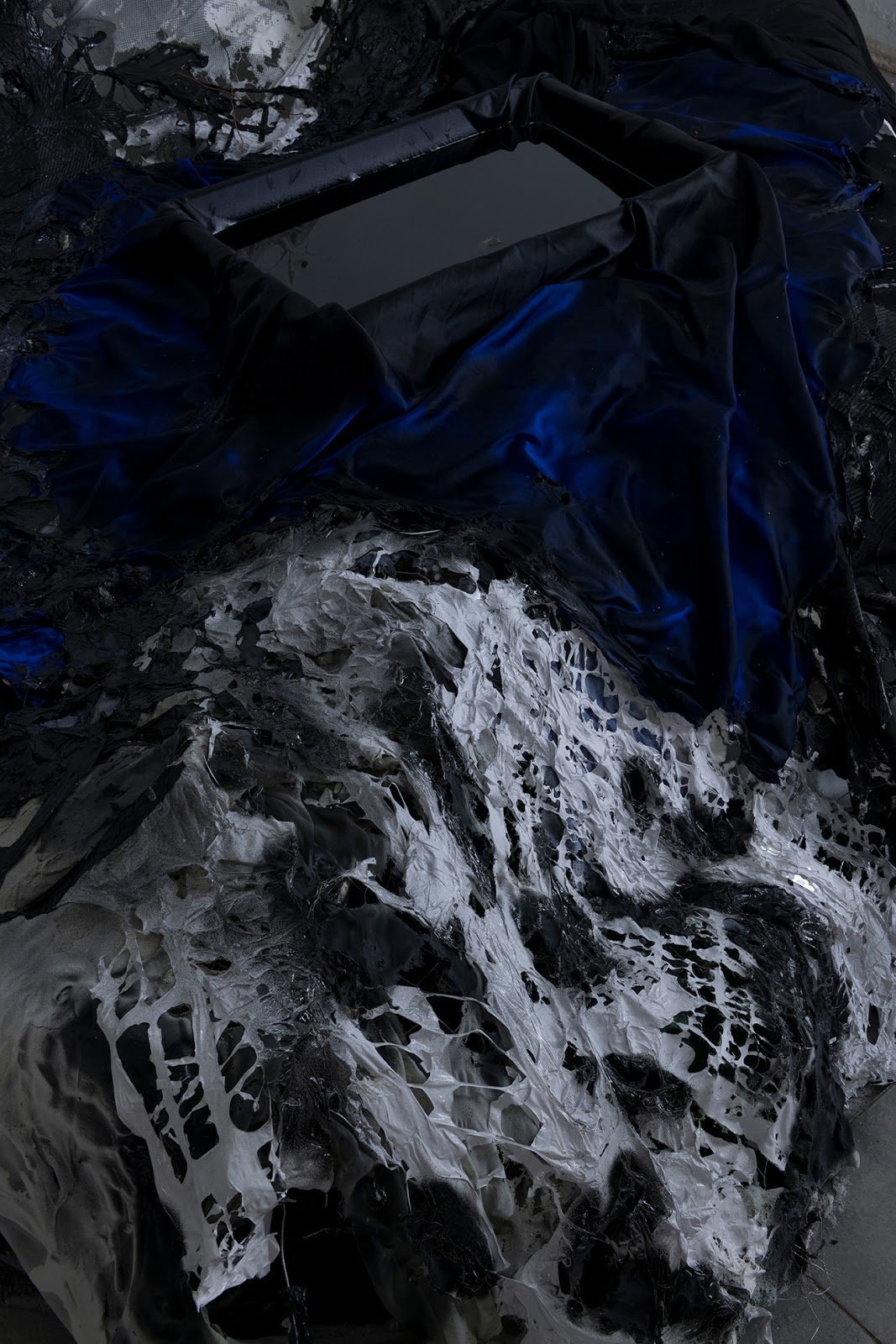 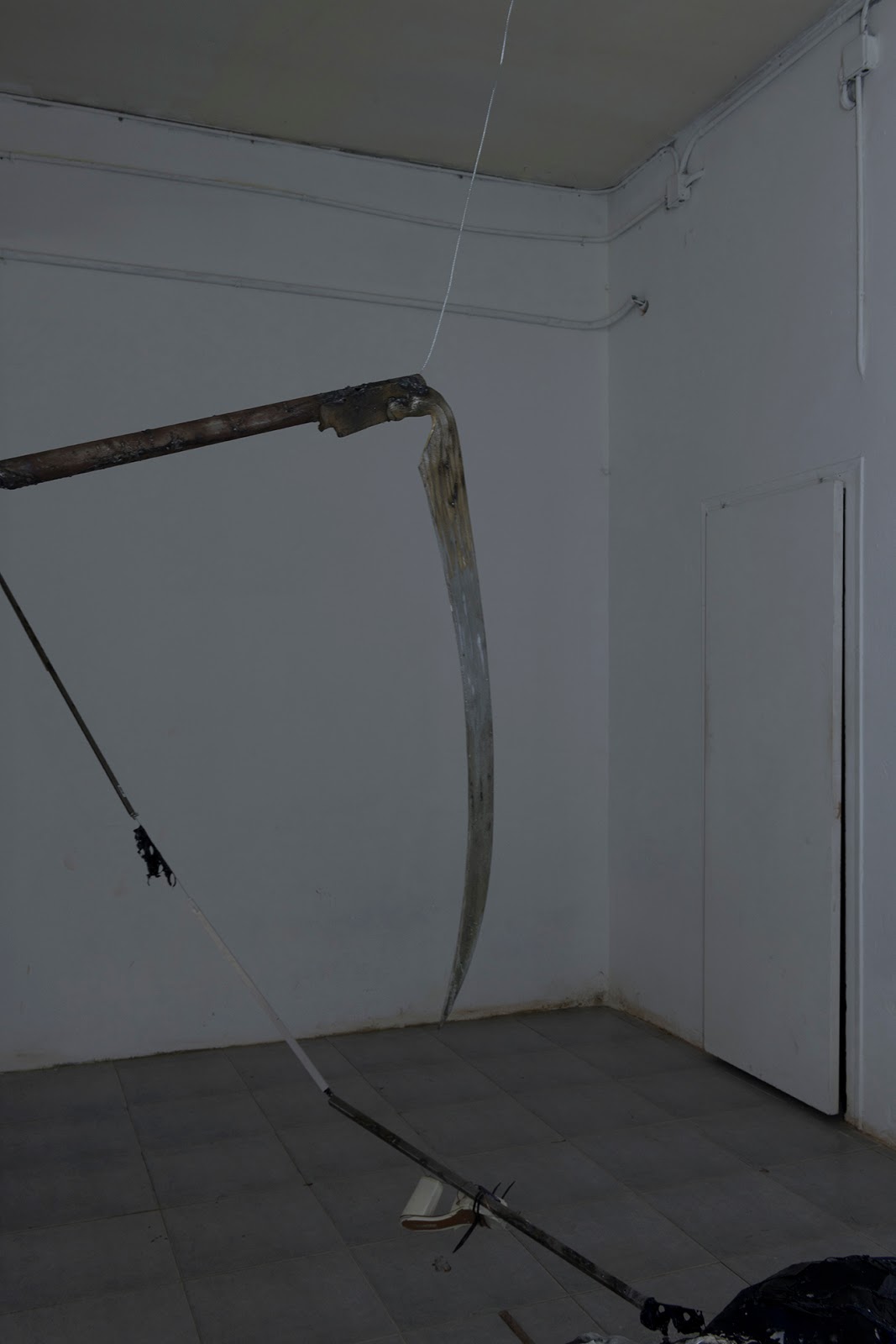 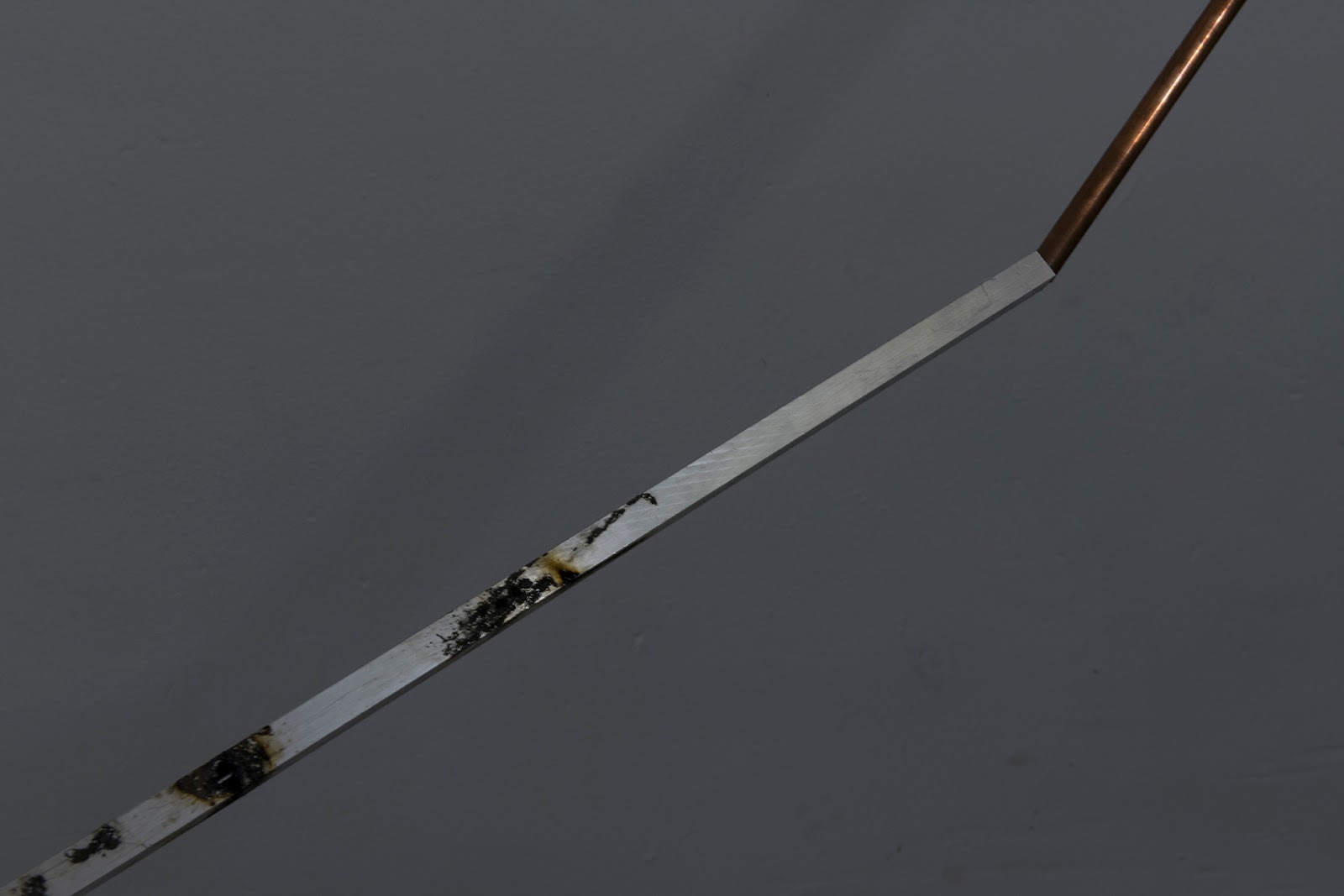 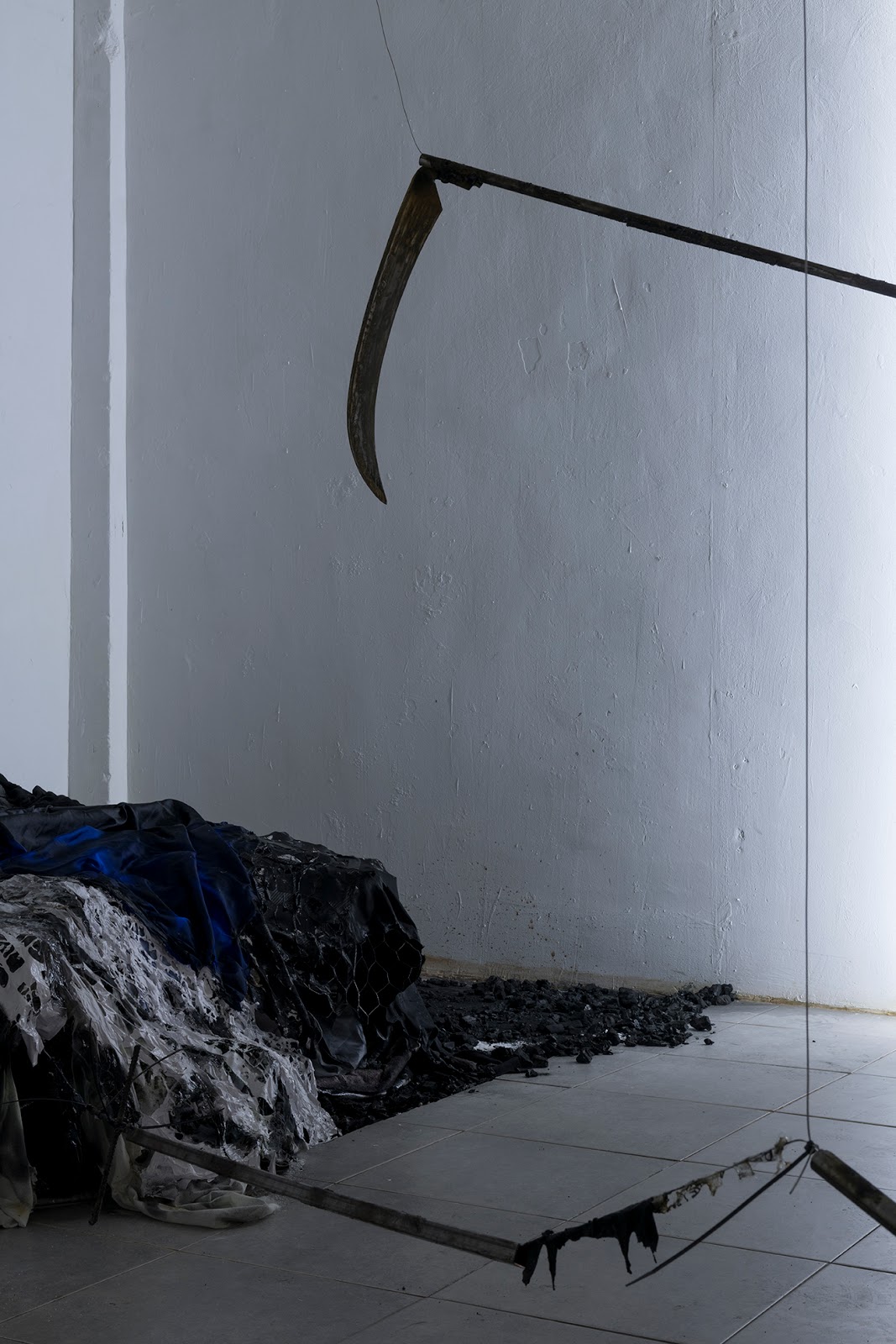 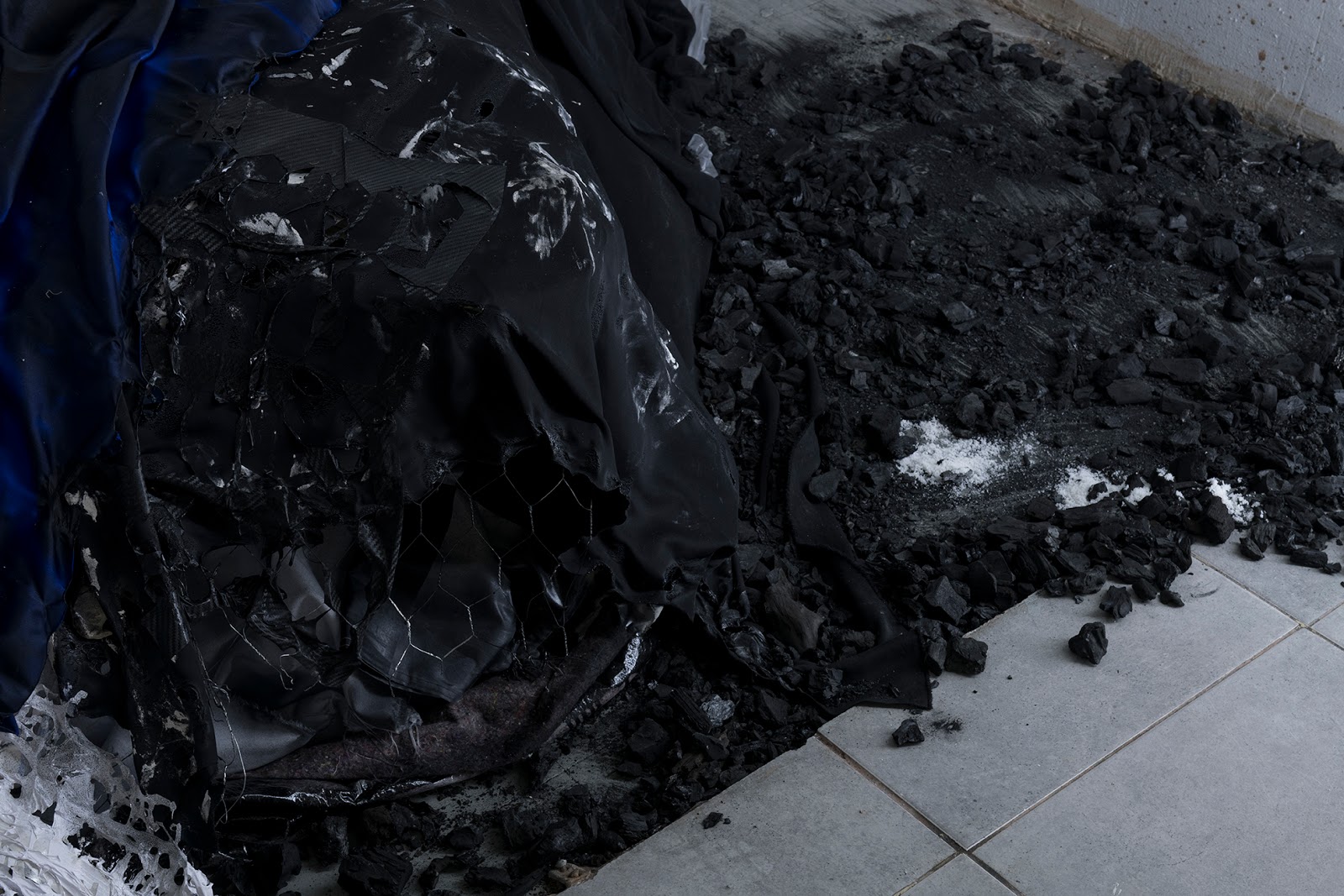 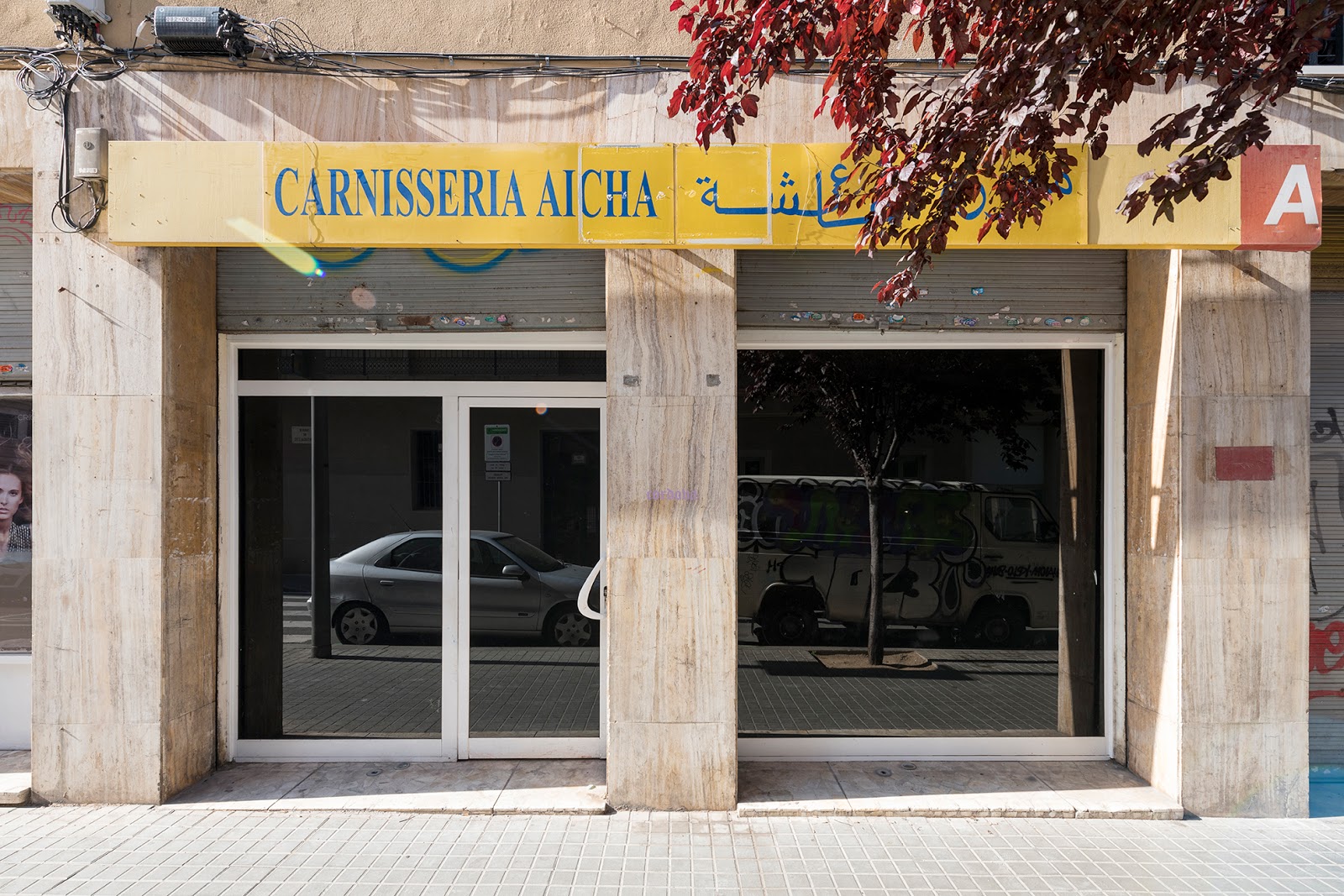 Enemy by Raul Paez is a site specific installation comprised of two distinct sculptural elements. Three metal lines, made from tubes of scrap metal suspended on wires that move through the space, start from different points and then direct towards, and terminate at, the second element, a large sculptural intervention made of a variety of different materials, from petrol to fabric to plaster, which is positioned in the back of the gallery, and whose form could reference either a bed or a human figure reclining. The two front windows of the gallery have been painted black to block the external light and the room is lit only by a series of LED strips. The scene, bathed in a synthetic white LED haze, evokes a nightmarish state and the viewer is left in the aftermath of what looks like the remnants of an accident, or an incident of violence.