Alejandro Almanza Pereda / Upside down you’re turning me up 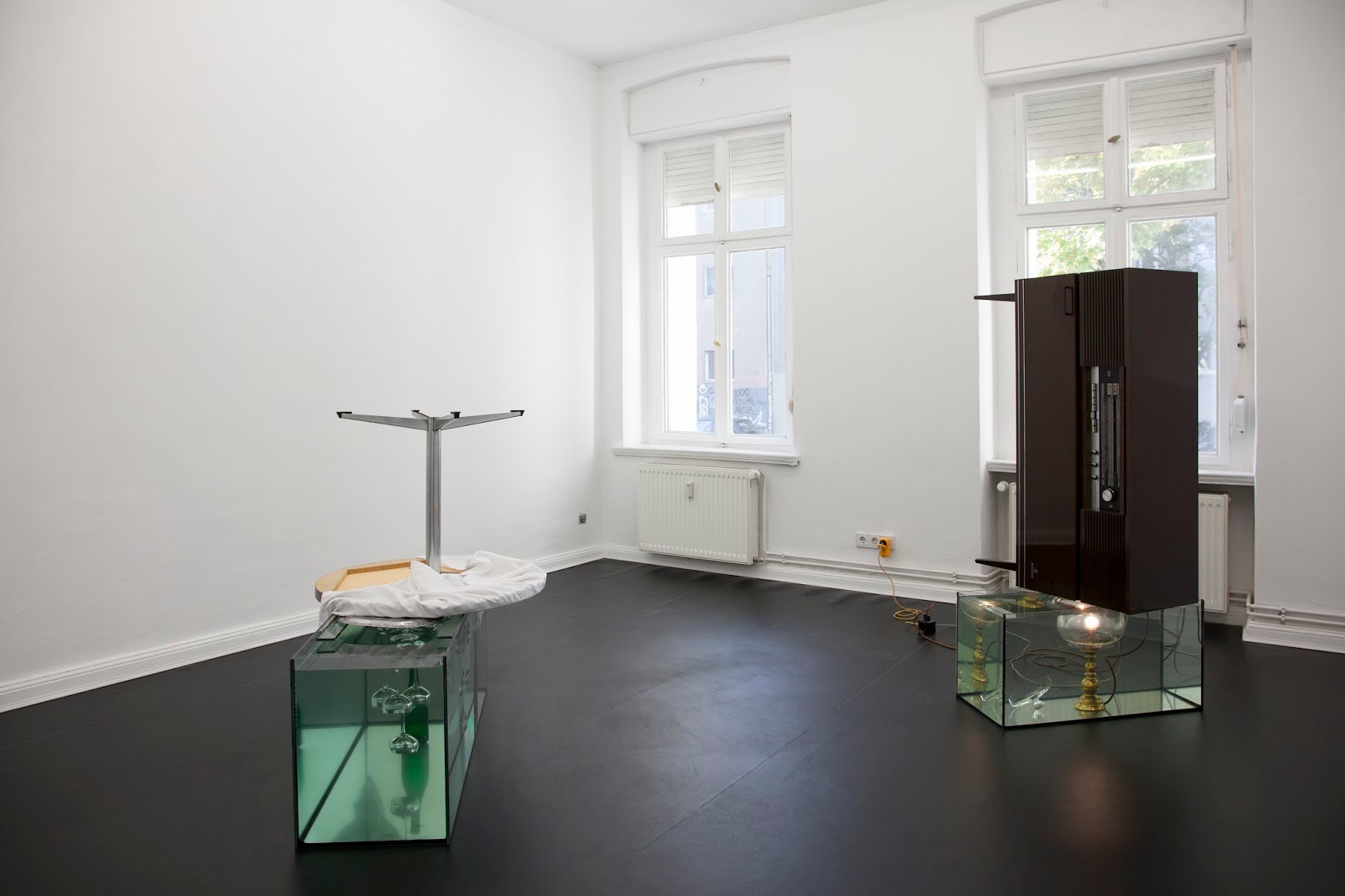 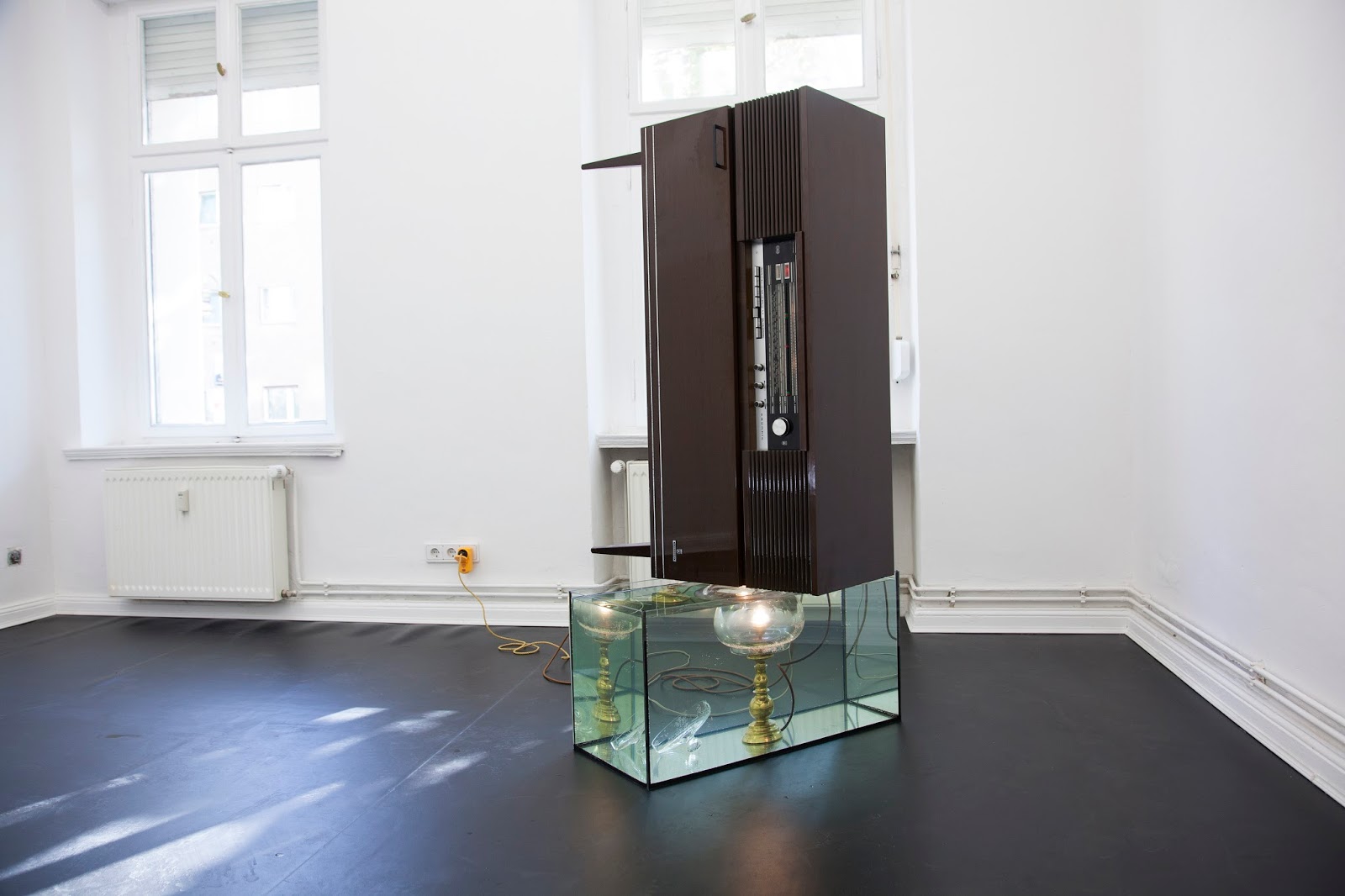 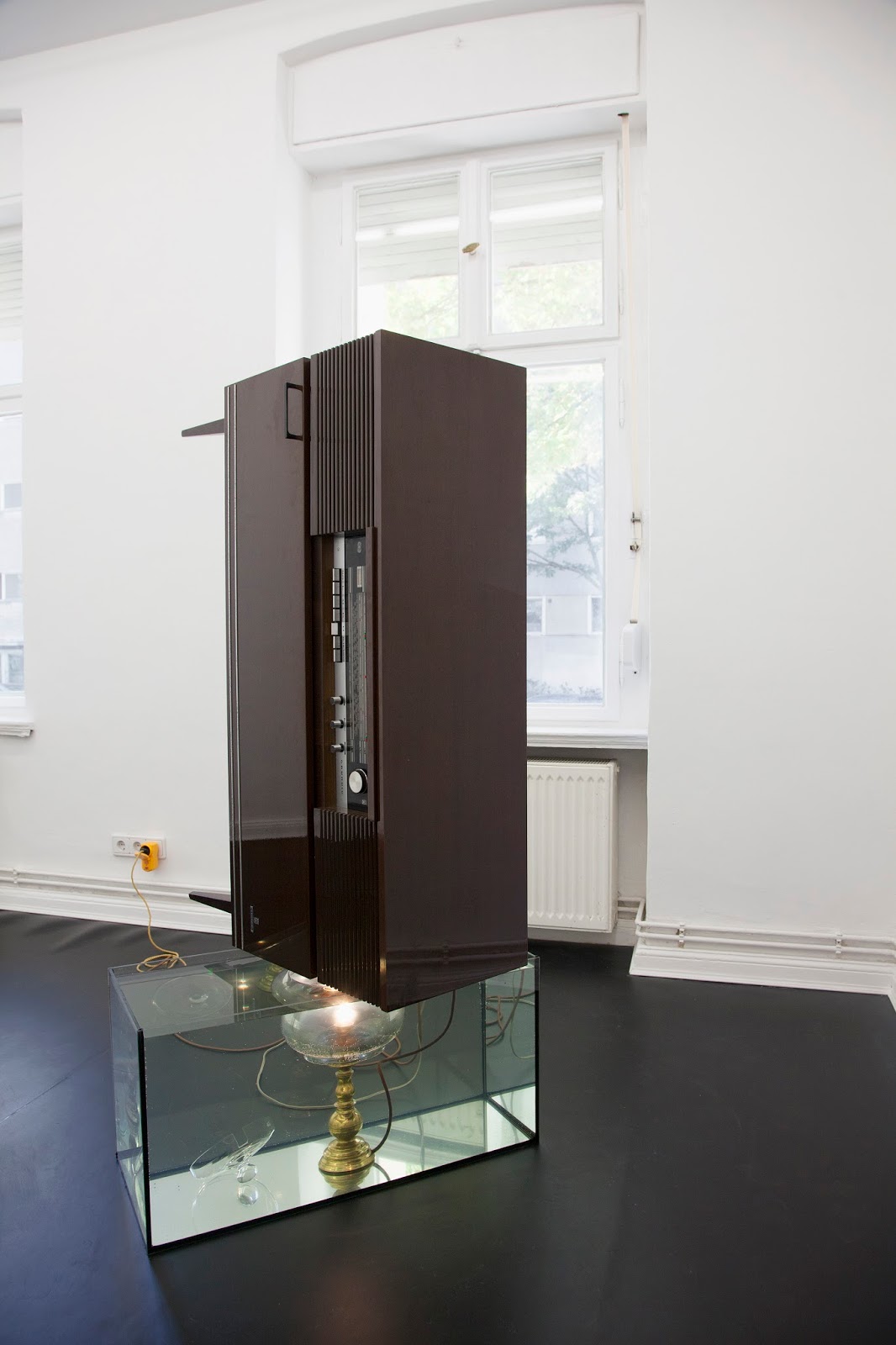 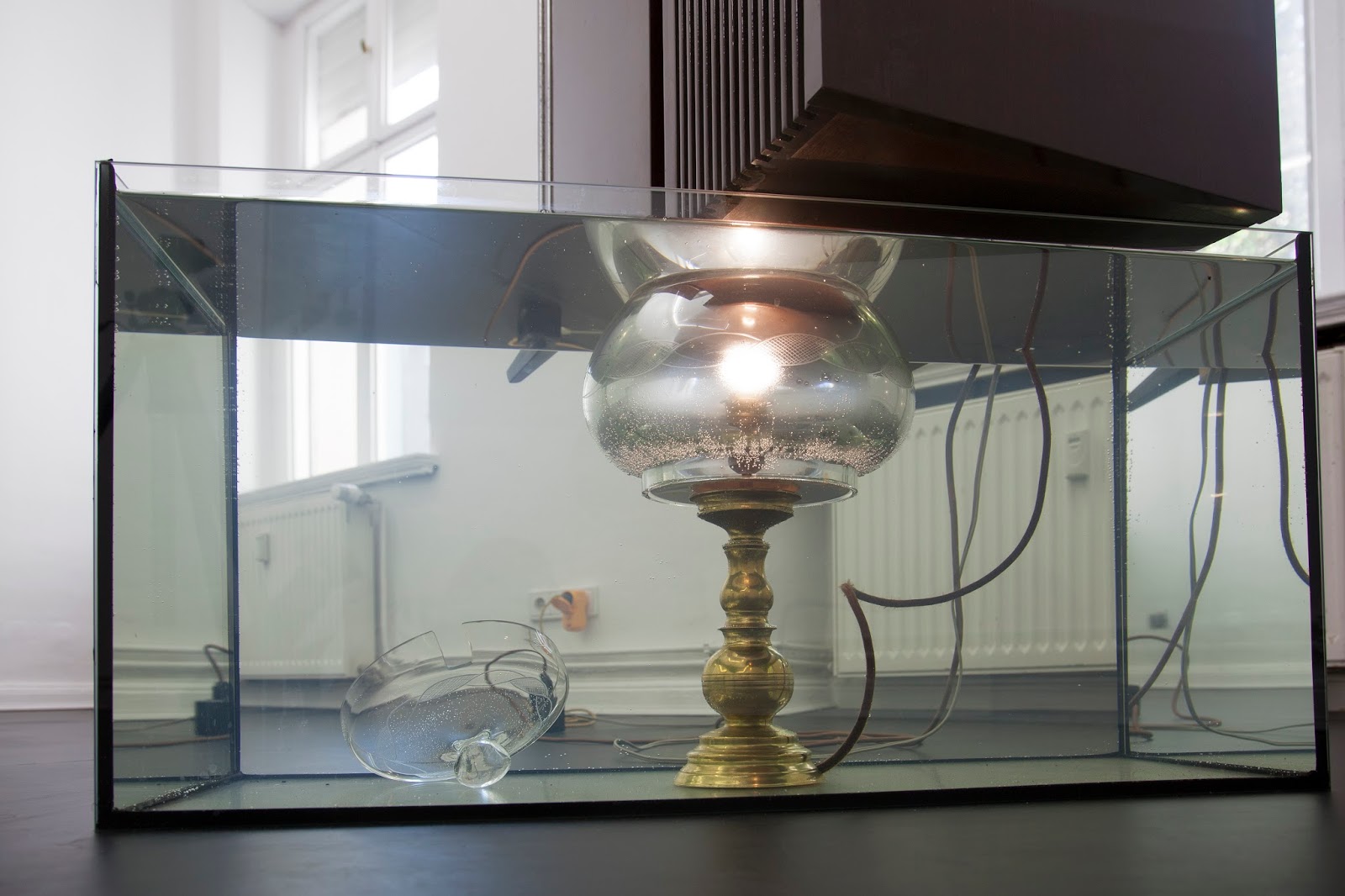 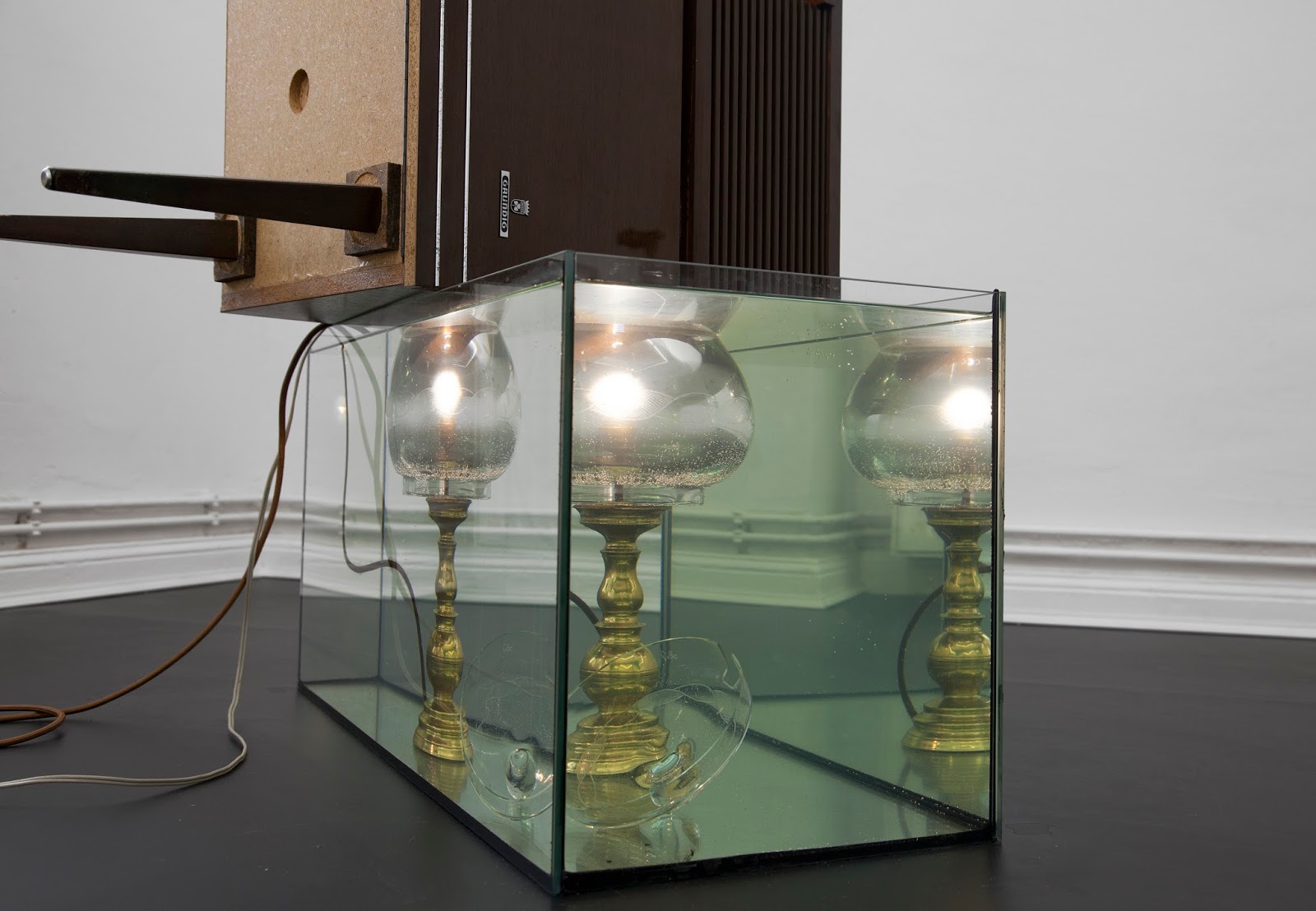 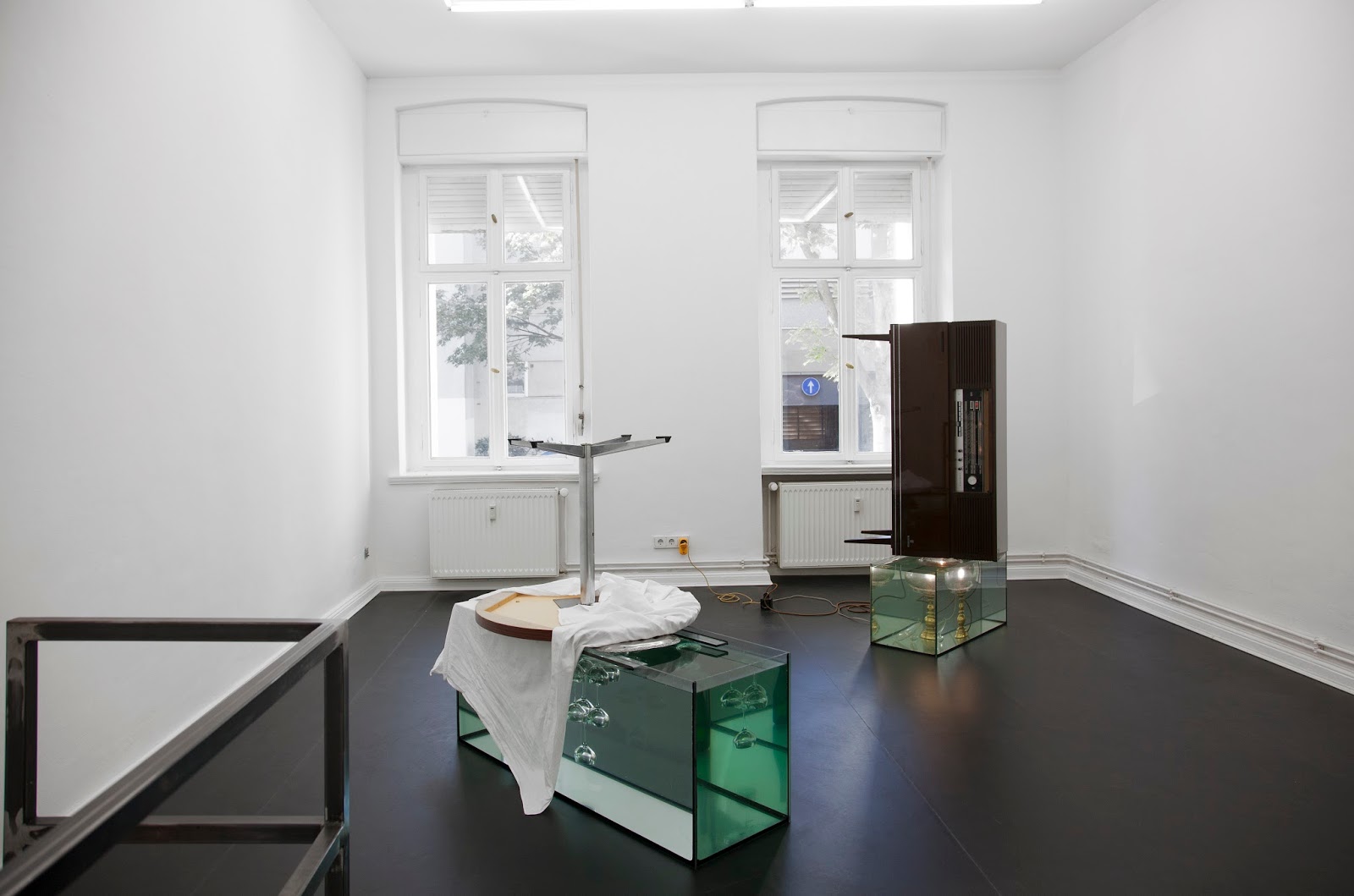 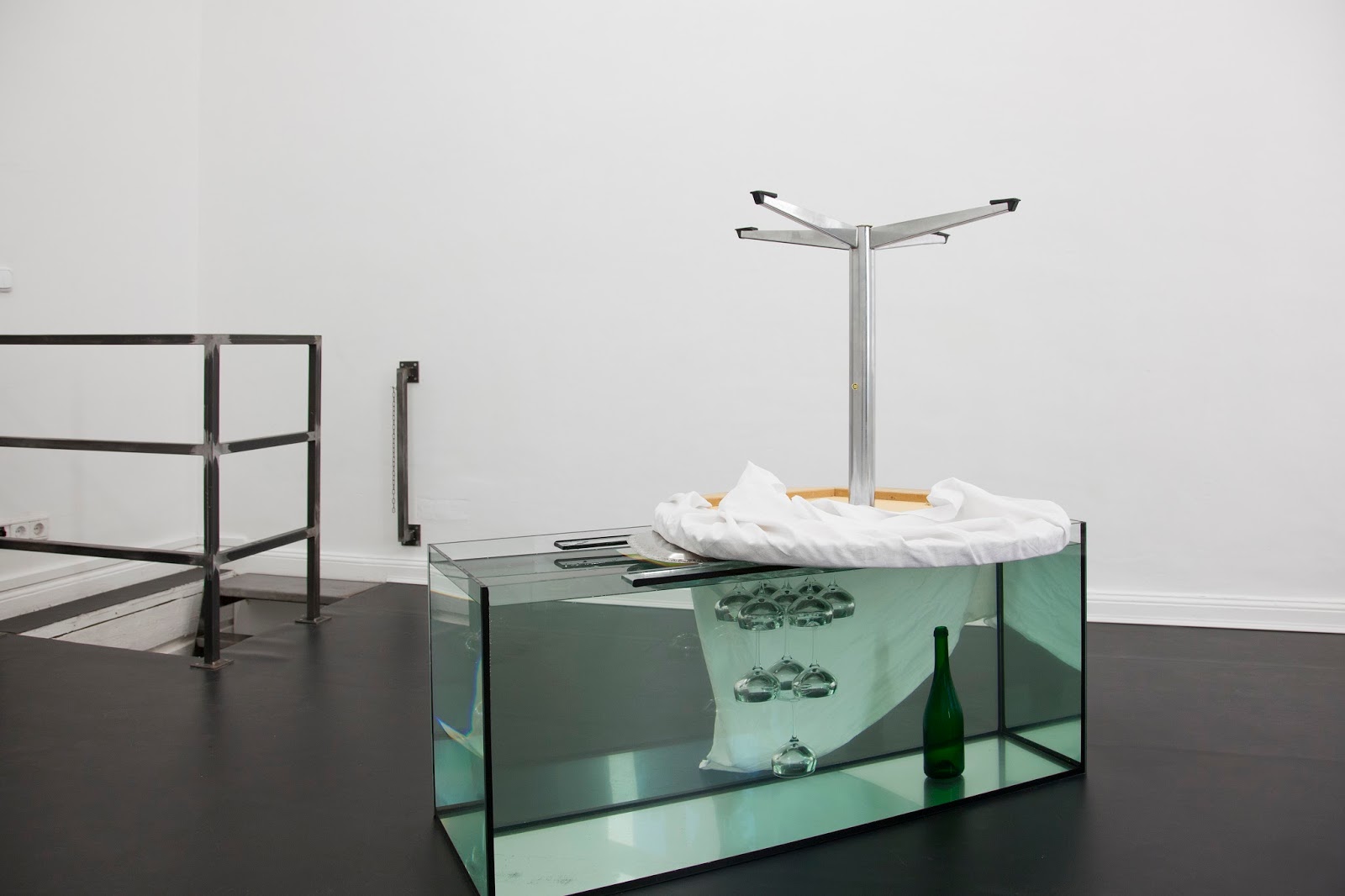 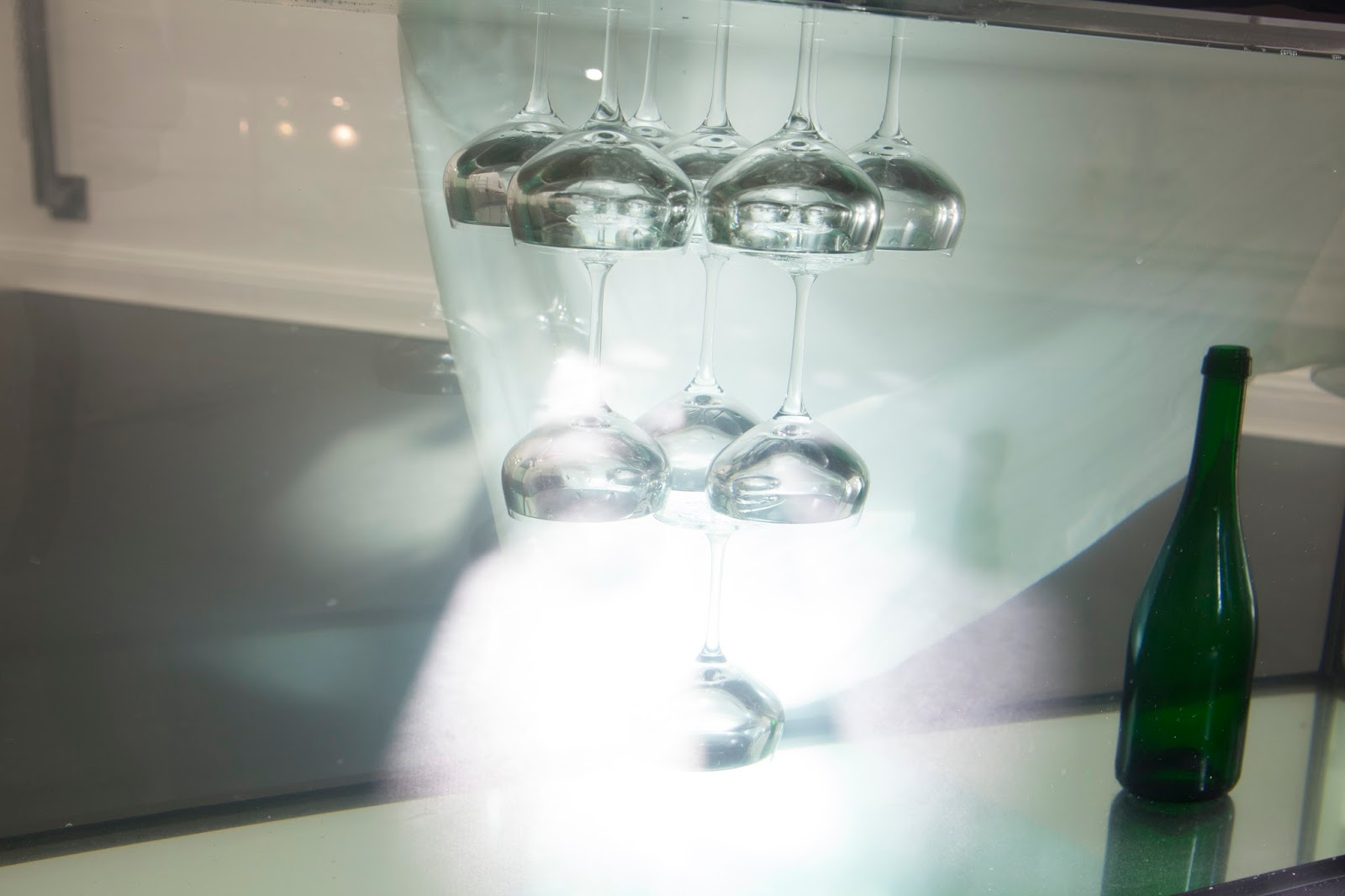 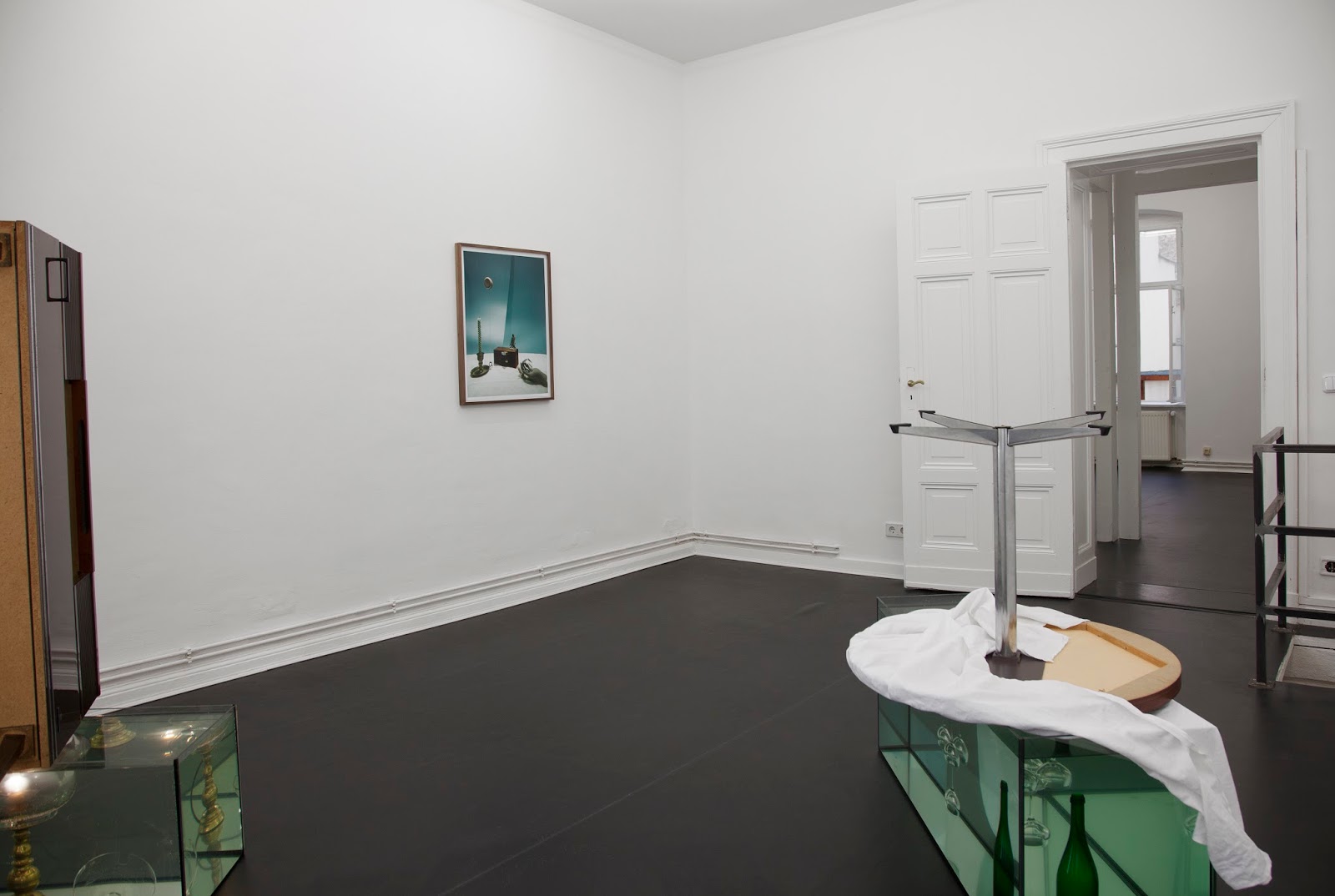 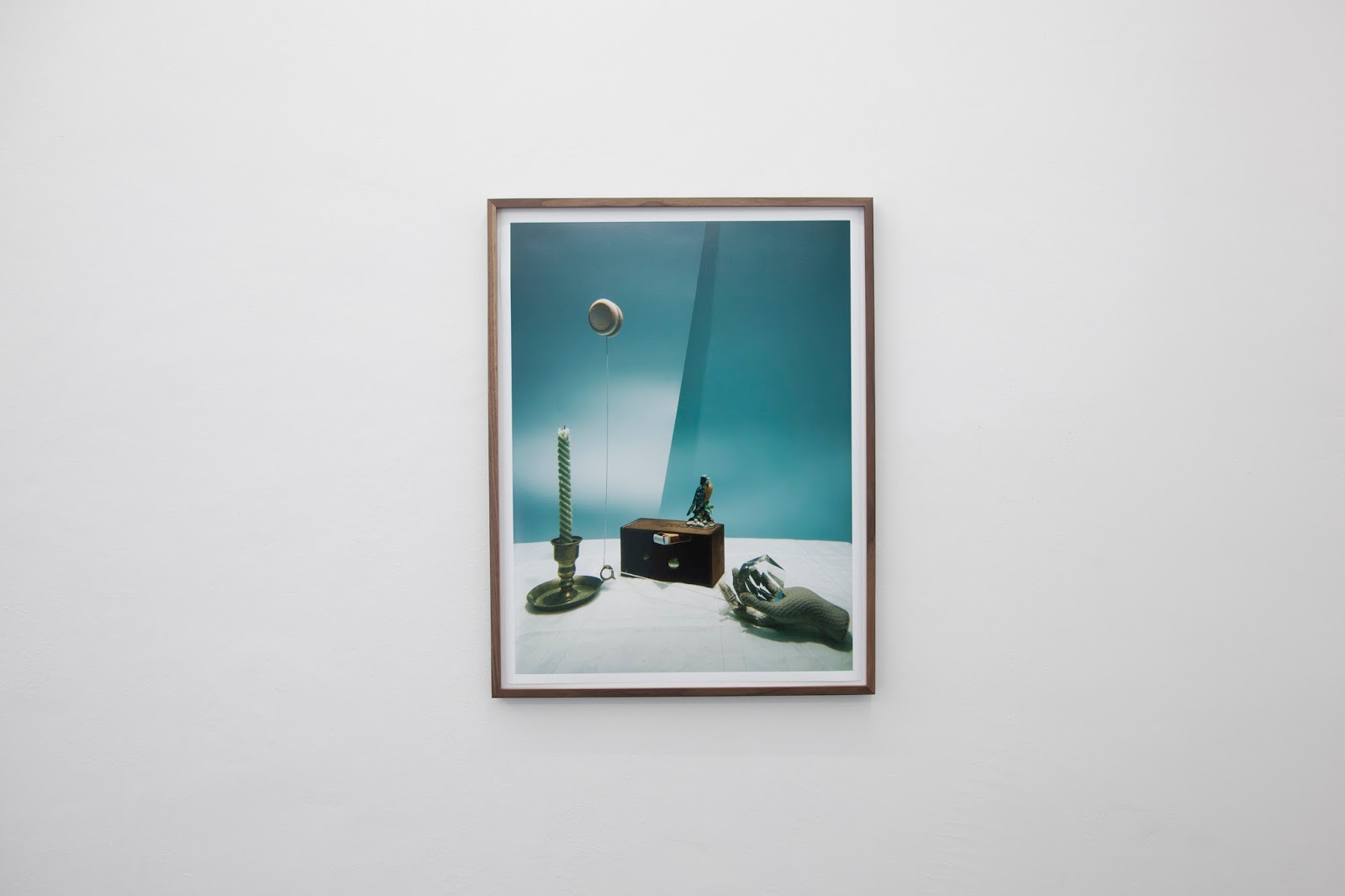 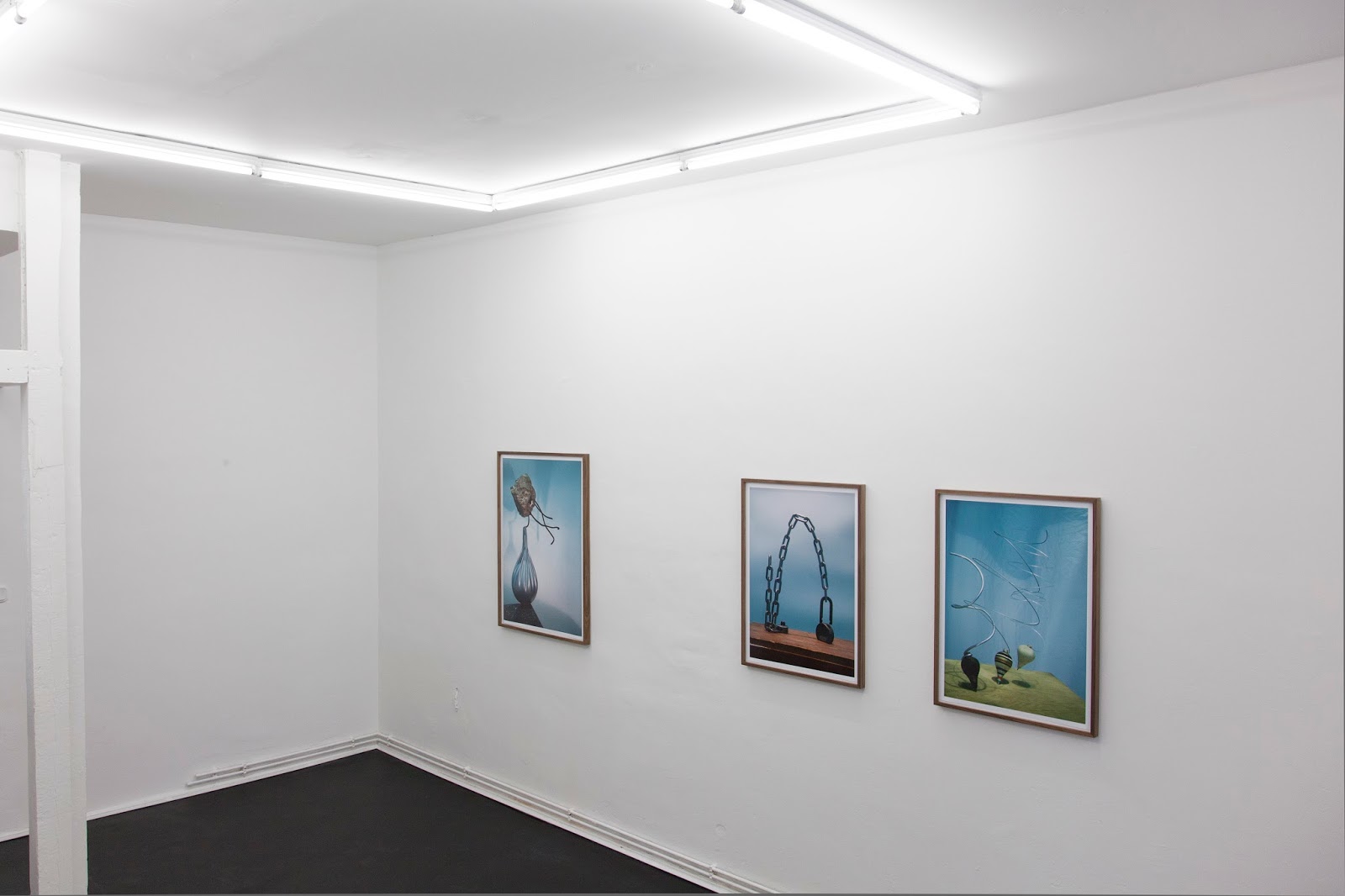 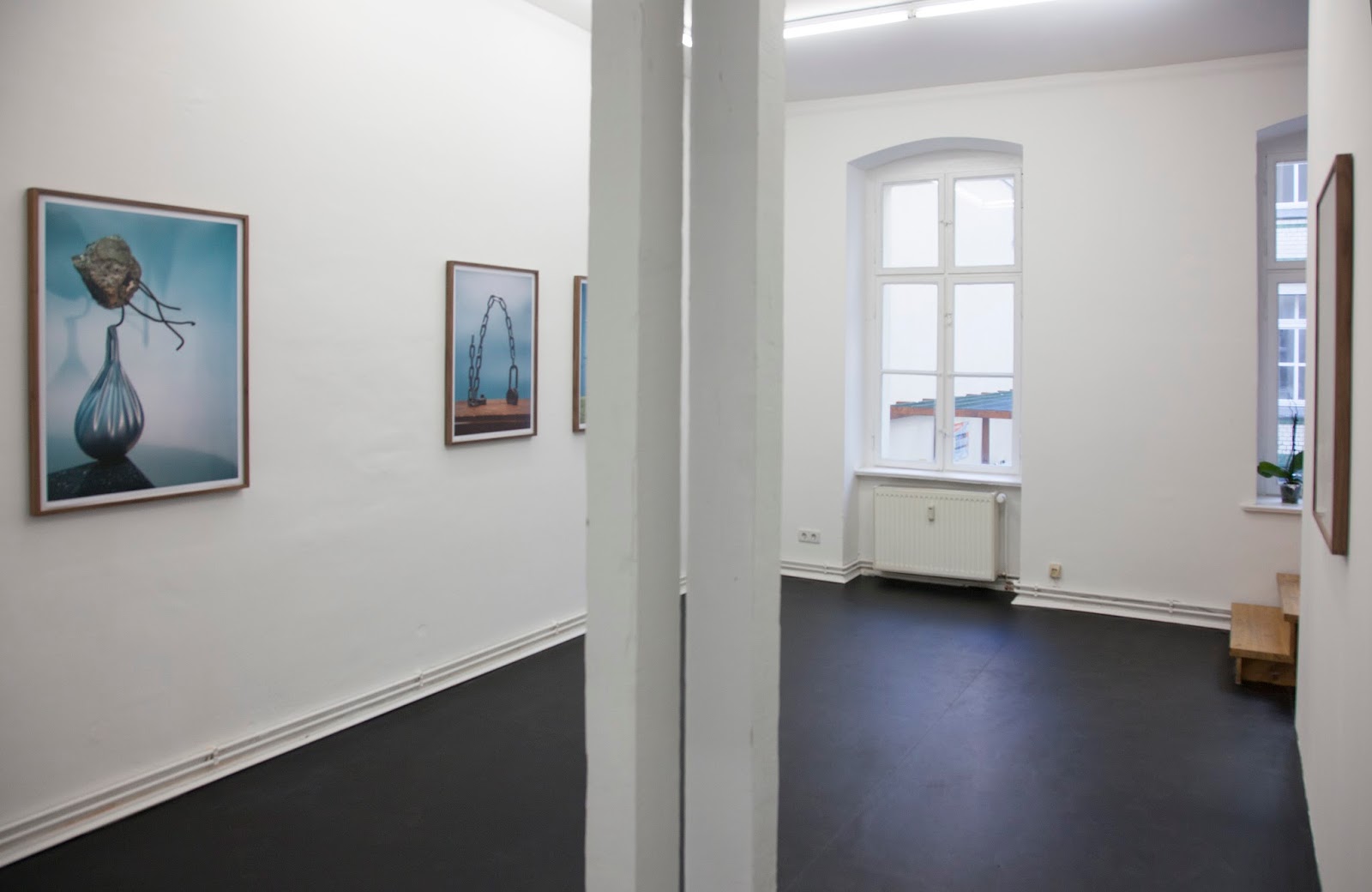 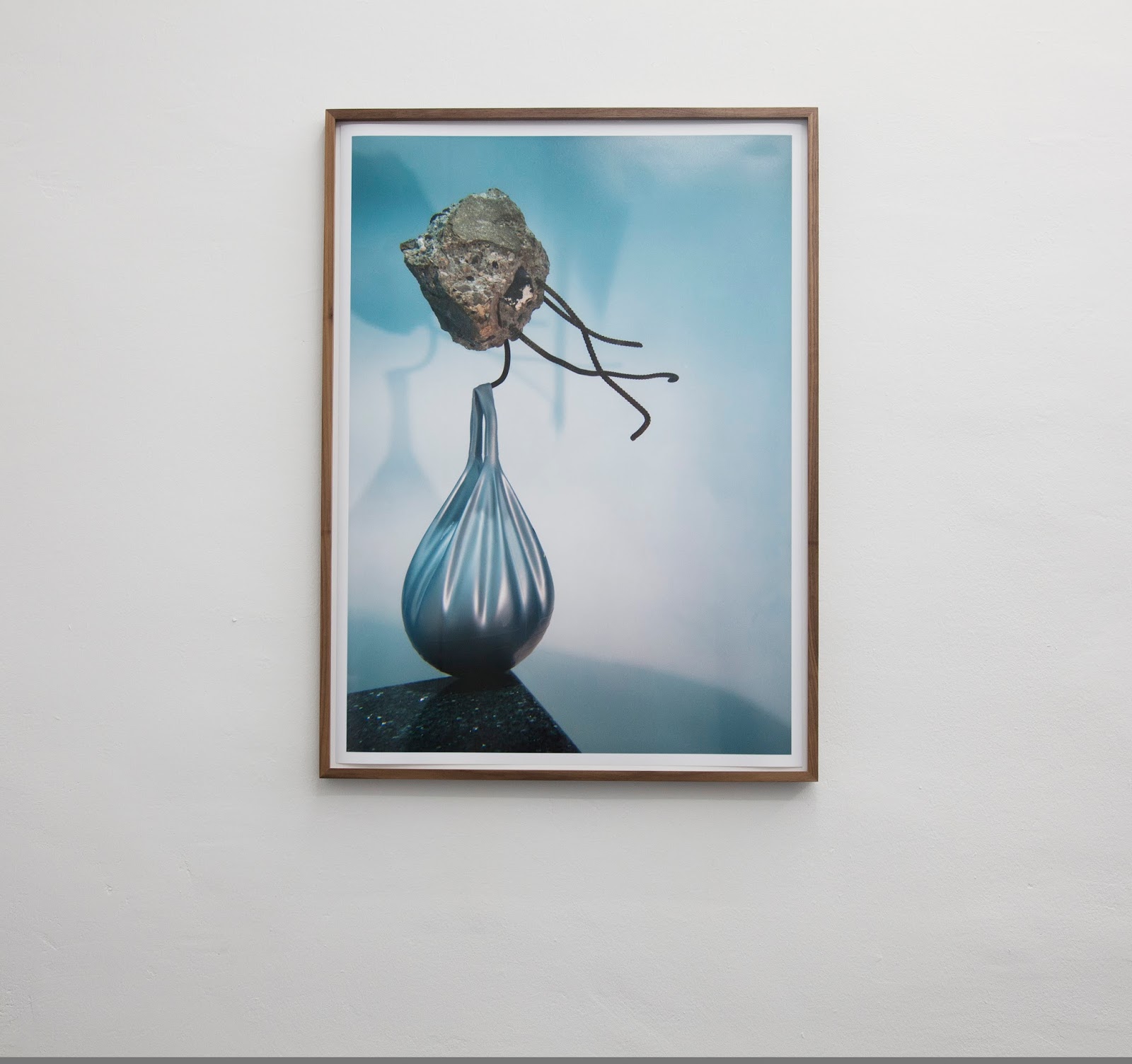 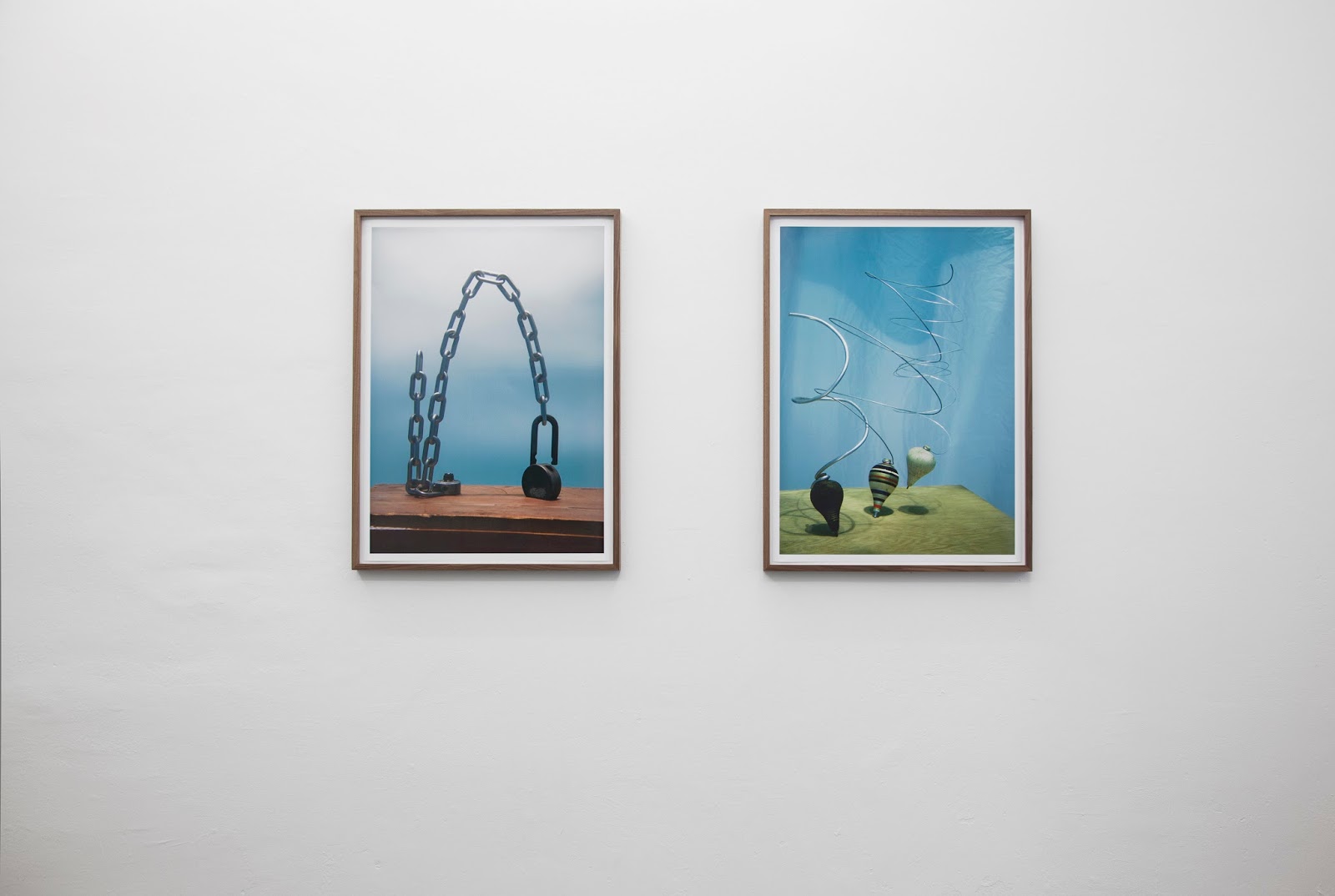 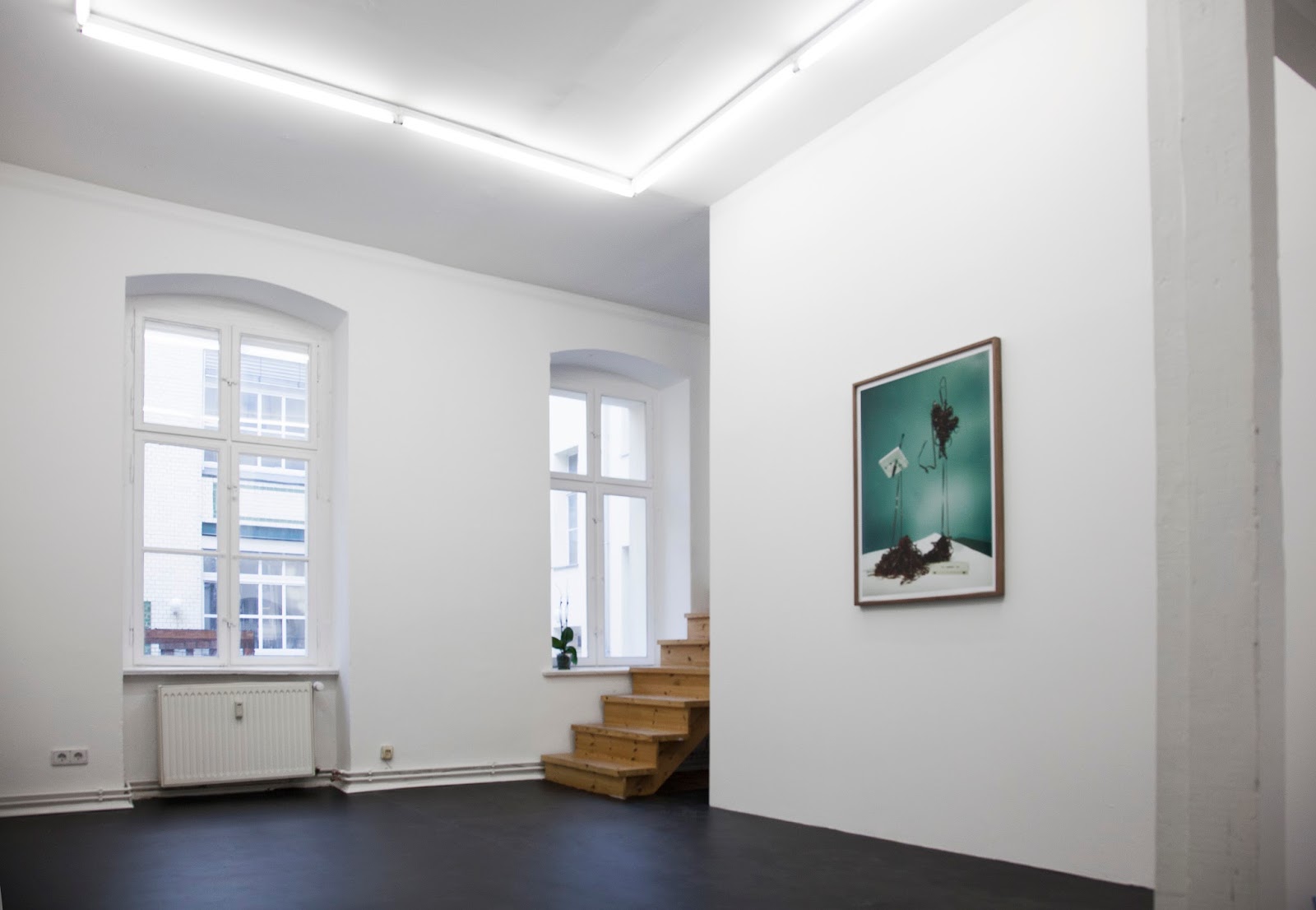 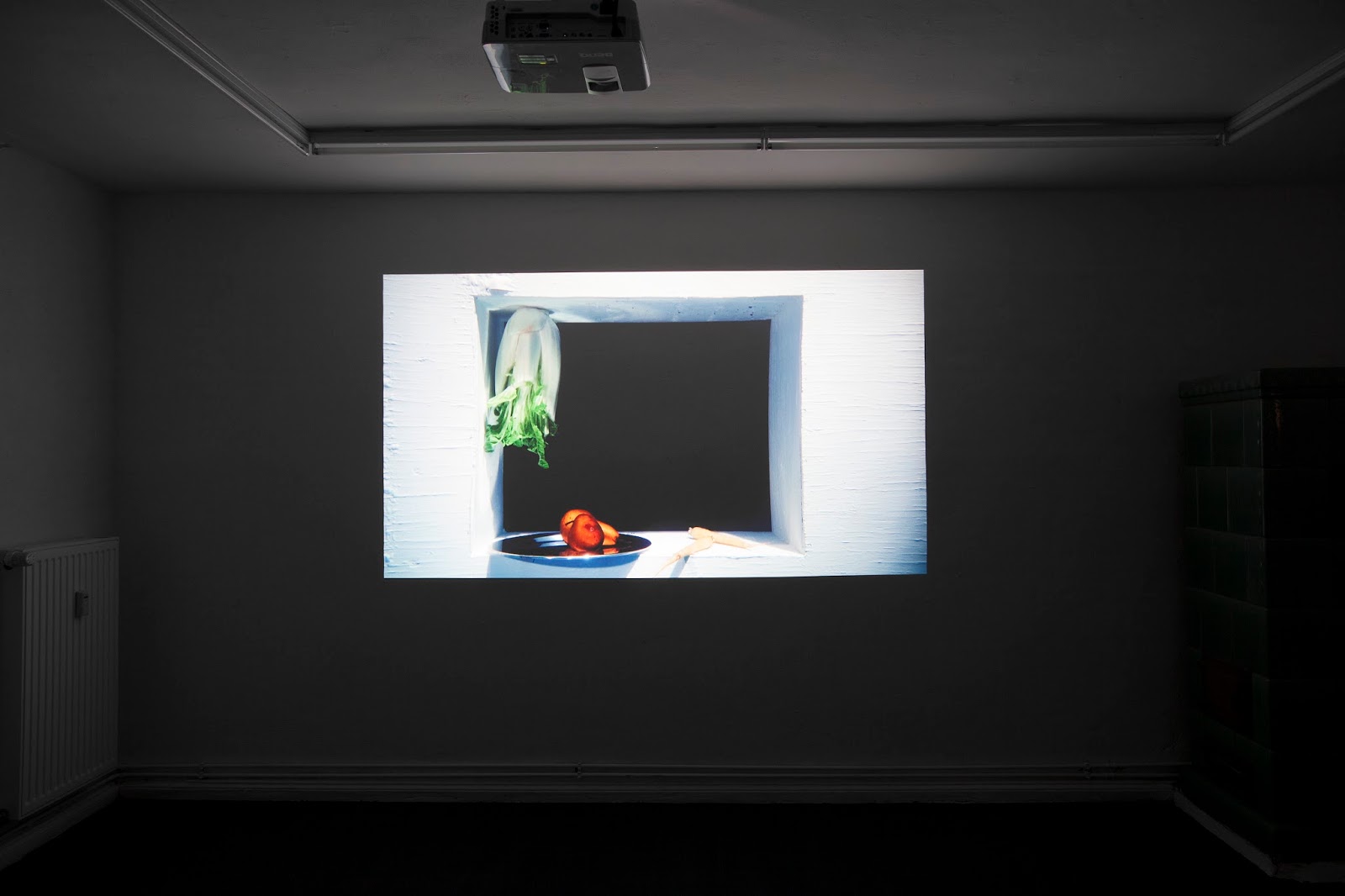 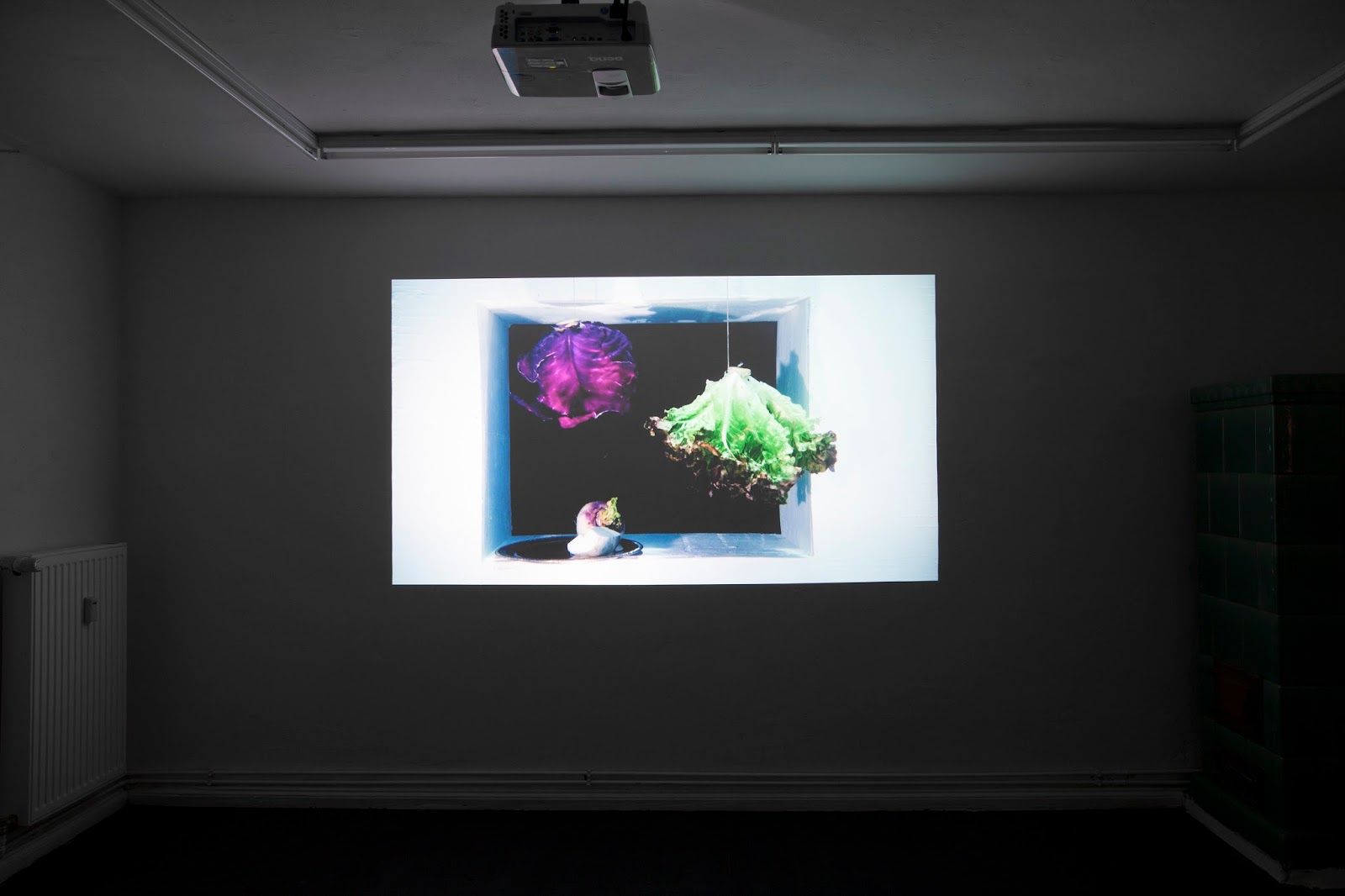 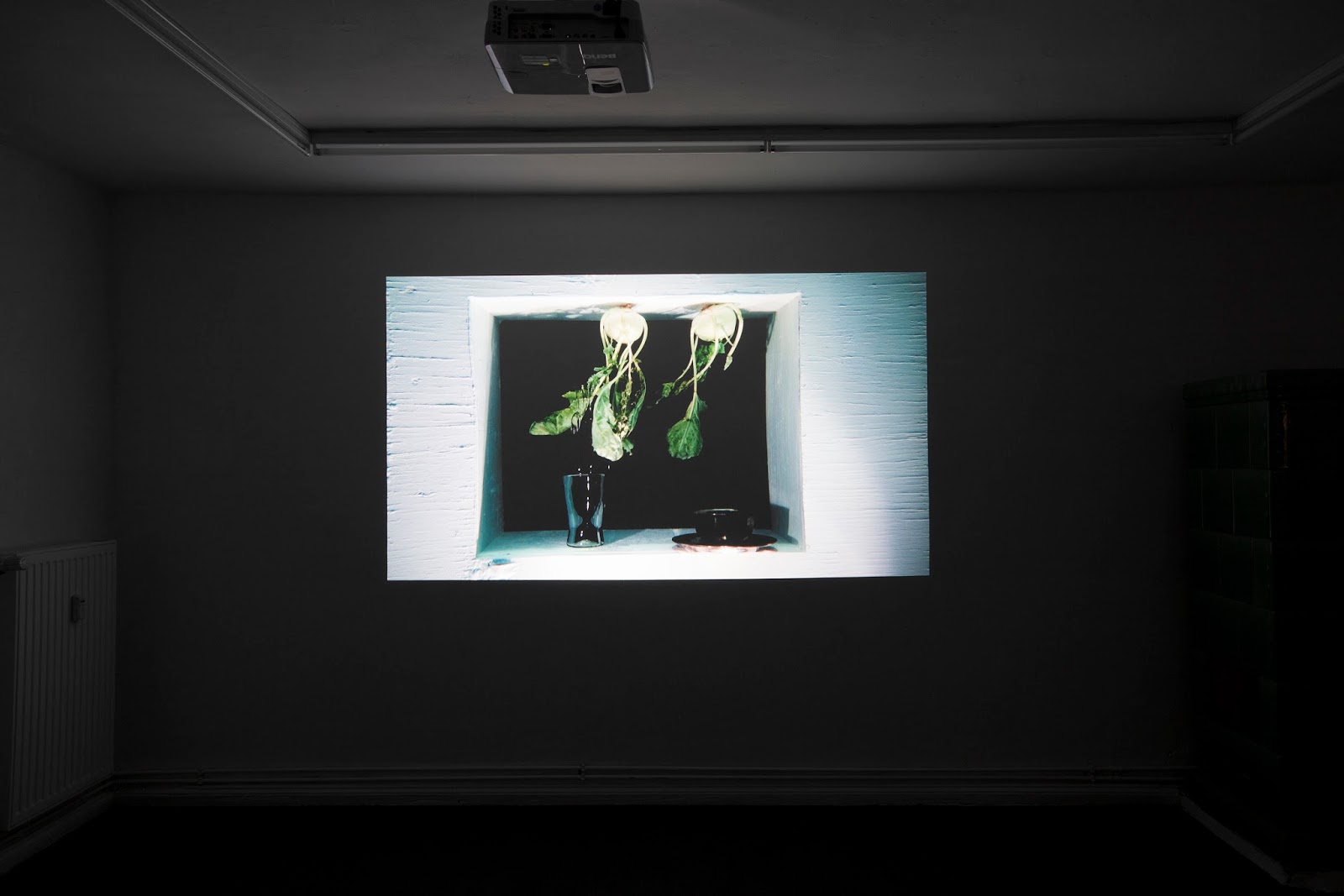 The exhibition “Upside down you’re turning me up” focuses on the artist’s research on the historical still life genre as a mean to investigate our perception and reality. With “Upside down you’re turning me up” Almanza Pereda displays three new bodies of work consisting of a series of five photographs, a video installation and two sculptures.
The presented video portrays a constant research of balance. Fluctuating and sinking objects are visible while moving slowly in an environment that can be recognised as water only after a long observation. Almanza Pereda recreates in his video a moving version of the still life painting by Juan Sánchez Cotán “Quince cabbage melon and cucumber” (c. 1602). Such as in the painting, the constant stage of the video is the “cantarero”, in the past a cooling-space where for preservation food was to be kept and hanged on strings. Music accompanies the dance of the food and brings the spectator into an hypnotic and meditative state. The melody is based on “Tiento 1”, a baroque theme by Spanish composer Antonio de Cabezon, a contemporary of Sánchez Cotán.
In the series of five photographs the choice of the objects shifts from the food to embrace all kind of regular items, small wares, trifles. The objects belong to our everyday life and are easy to recognise, but the artist creates a shortcut in our perception by immersing them underwater. With this gesture he is able to lead us into a different and unusual environment –producing surreal compositions – where the physical laws do not apply and the items are detached from the earthbound of gravity. In this way he attempts to separate the viewer from the ordinary way of seeing the objects and their usage, offering an unexpected – but yet potential – new world with other rules. The ordinary items stand therefore just as an echo of our life.
The two sculptures are composed of filled water tanks, vintage furniture and again diverse items recur in the composition. Almanza Pereda uses the furniture as platform to hold the containers – represented by the aquarium – into a different world, playing with the relationship between container and content. The mind fails to anchor what it sees to the parameters of the normality, but on a deeper level this is also the leitmotif of most of still life works: they break with narrative’s scale of human’s laws of narration and importance, allowing us to live an uncanny moment.