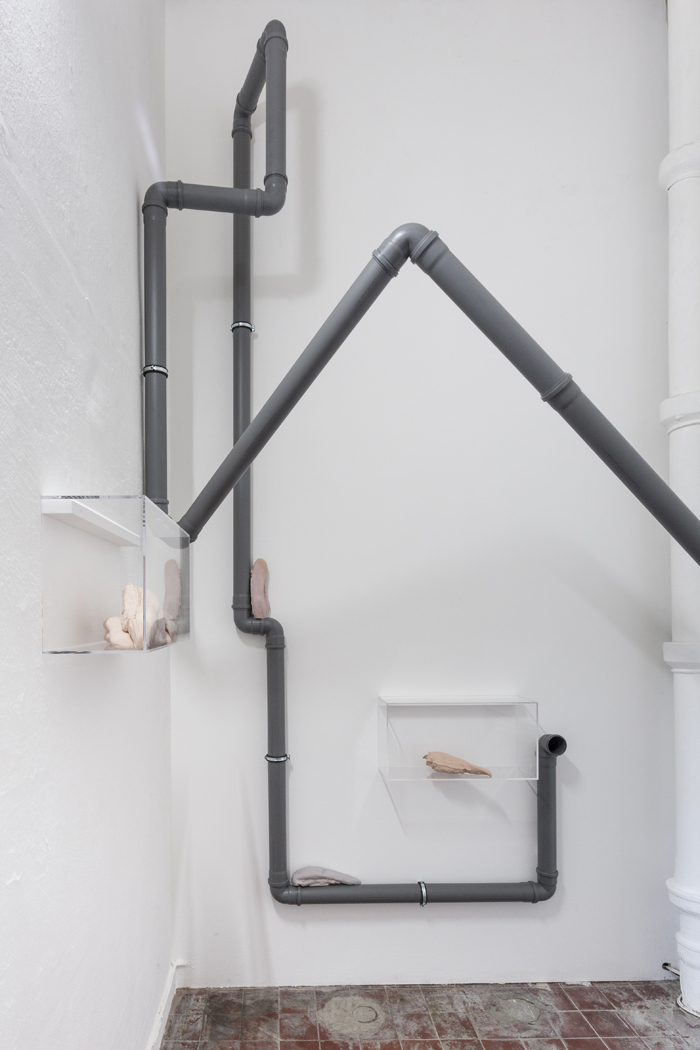 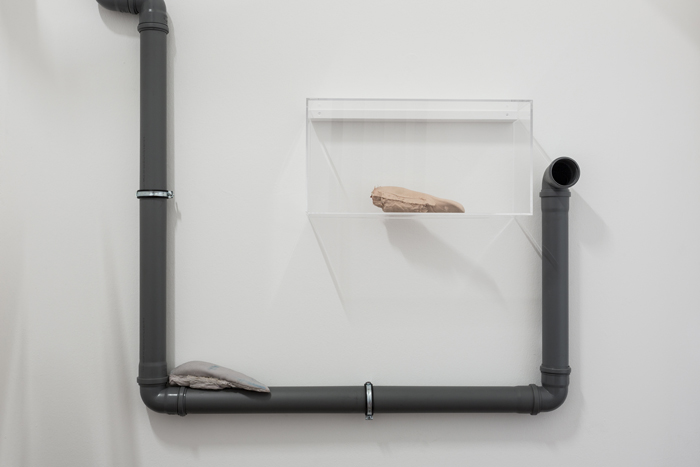 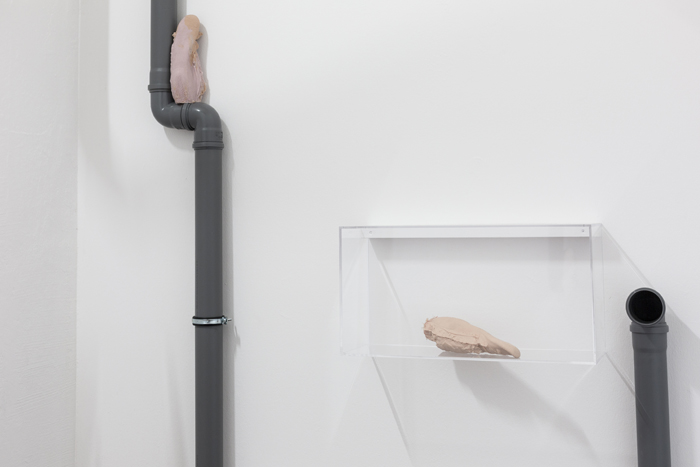 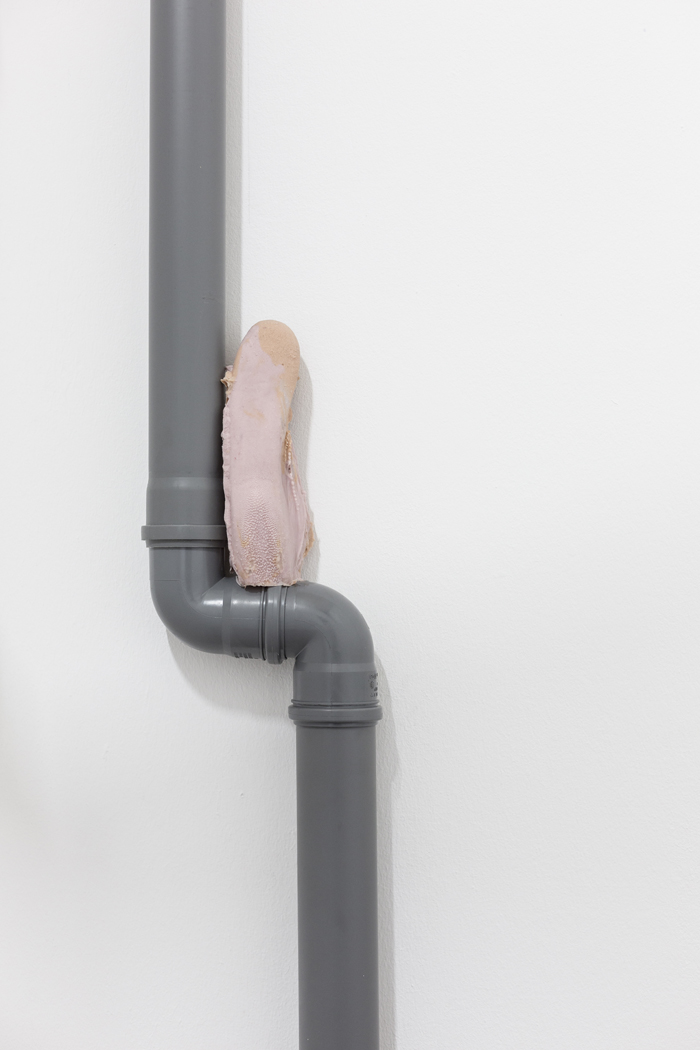 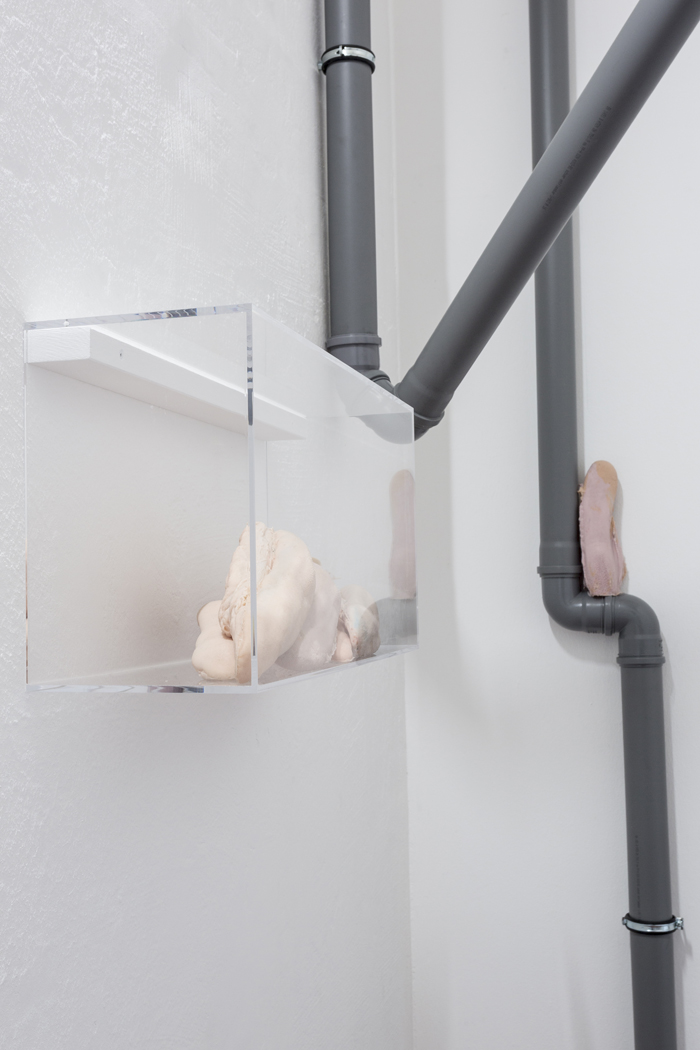 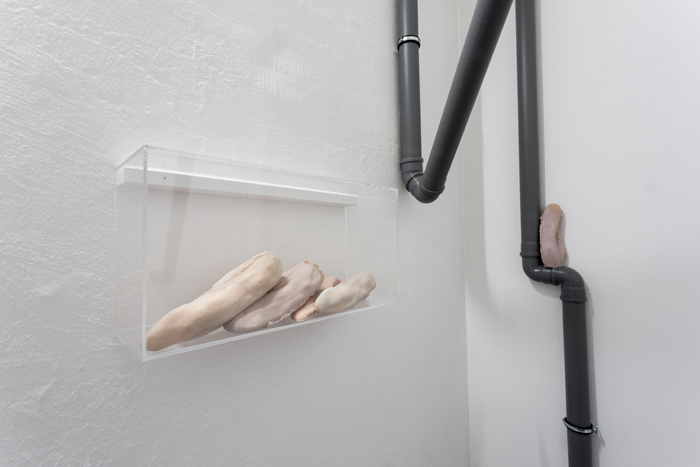 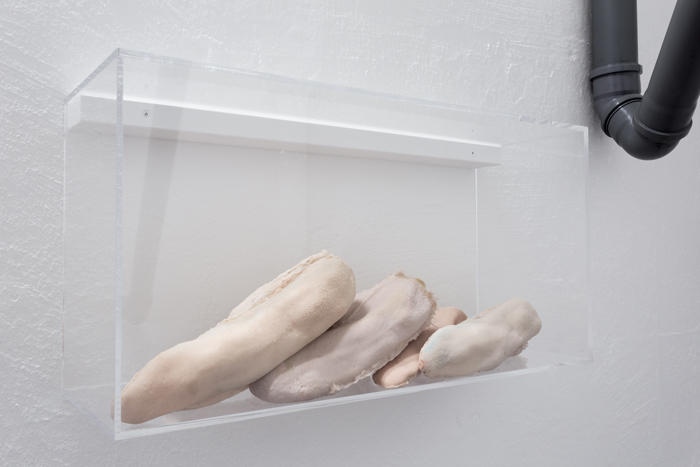 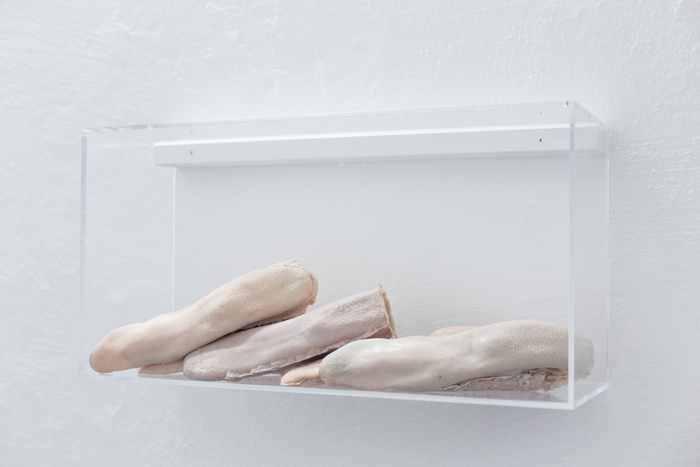 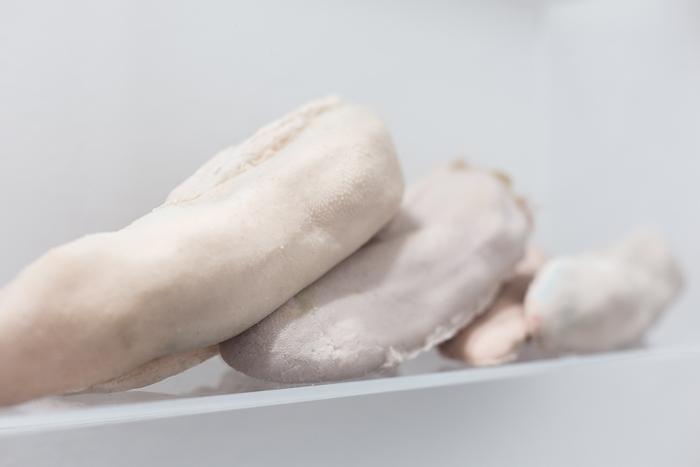 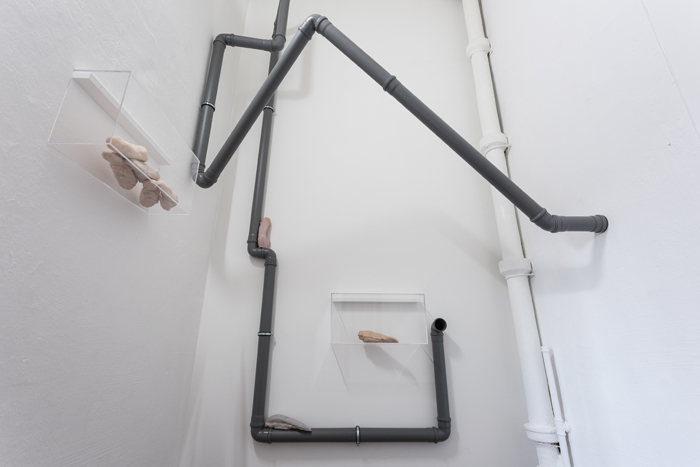 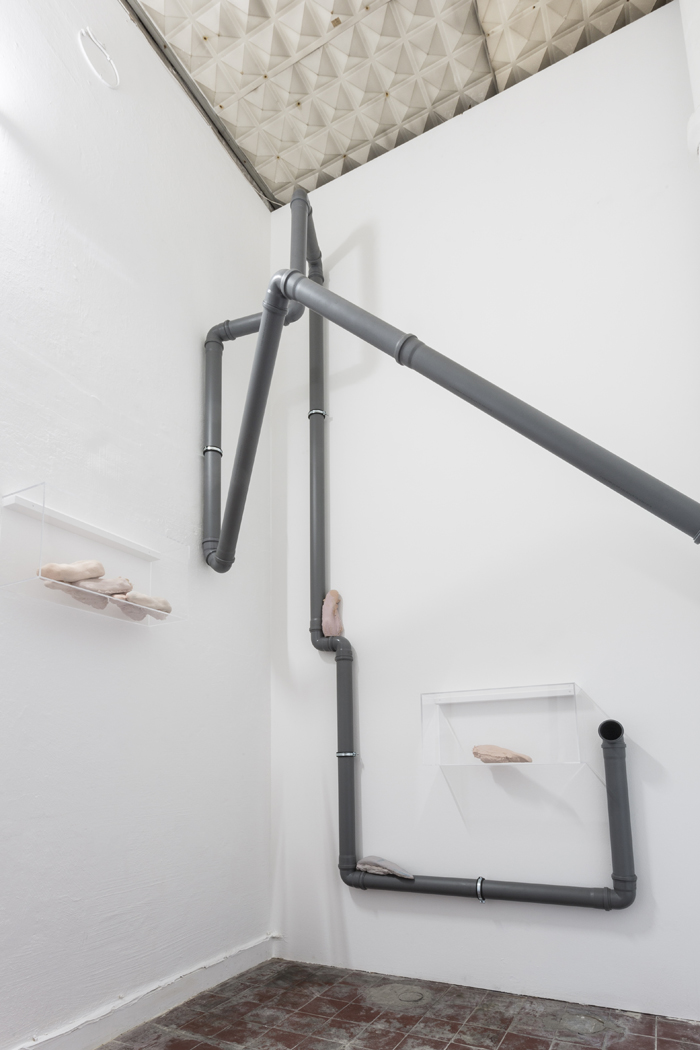 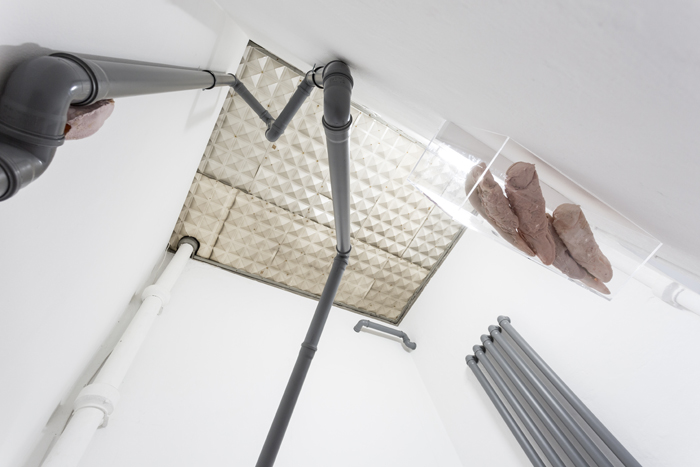 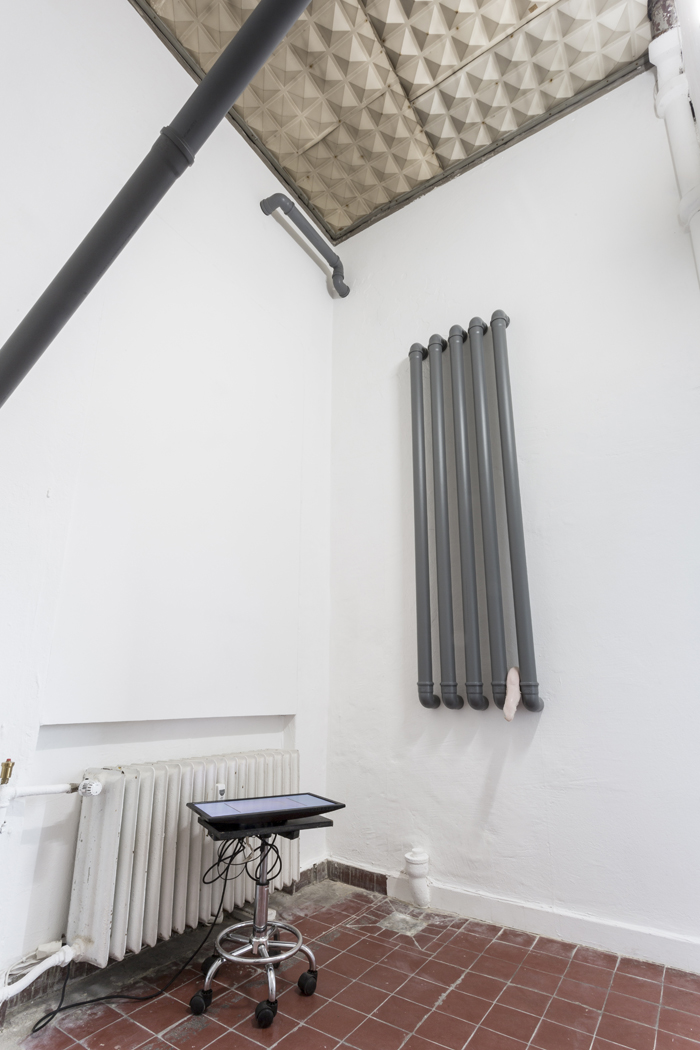 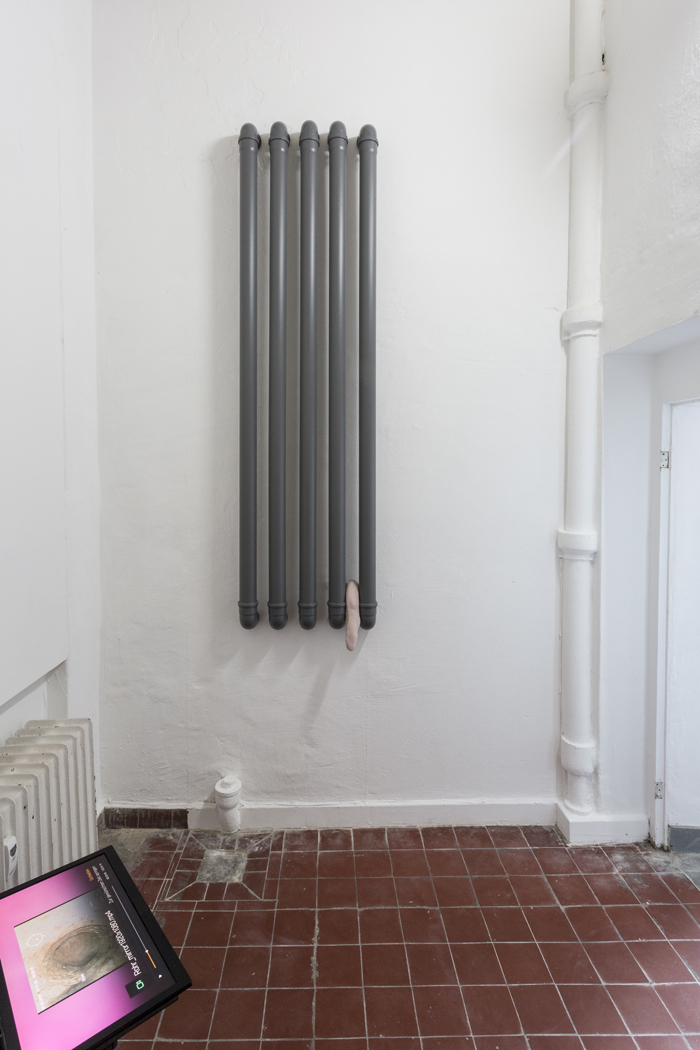 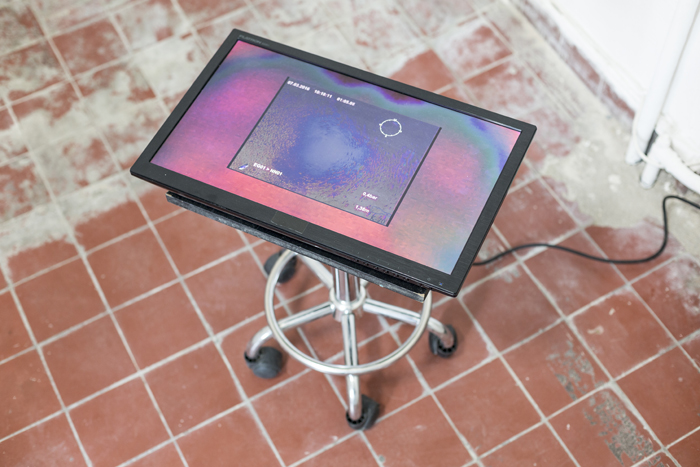 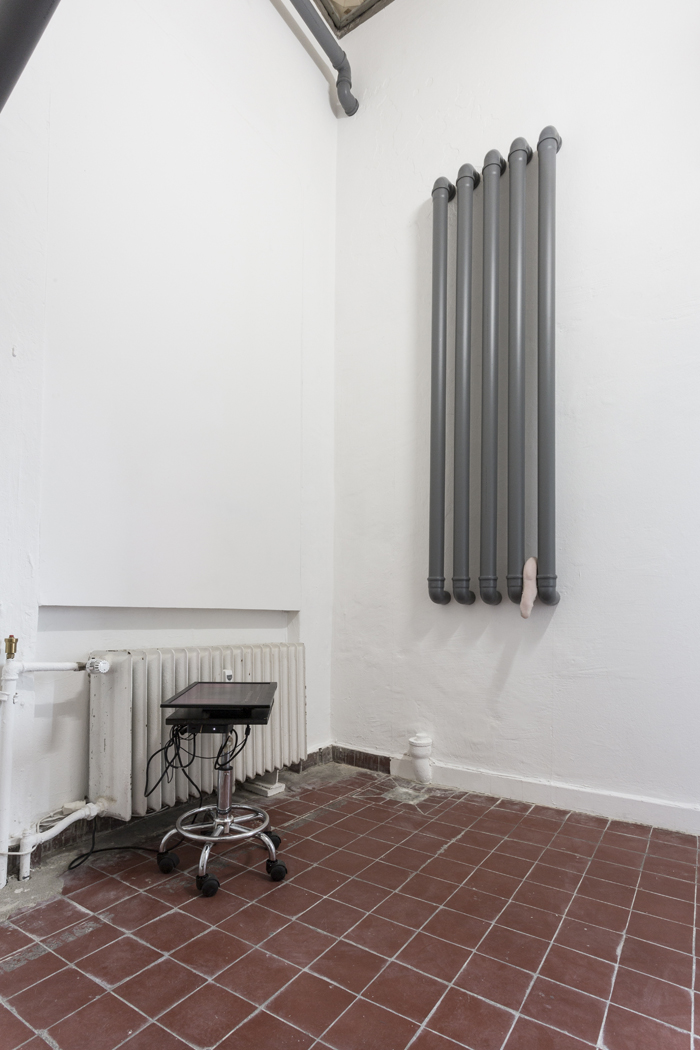 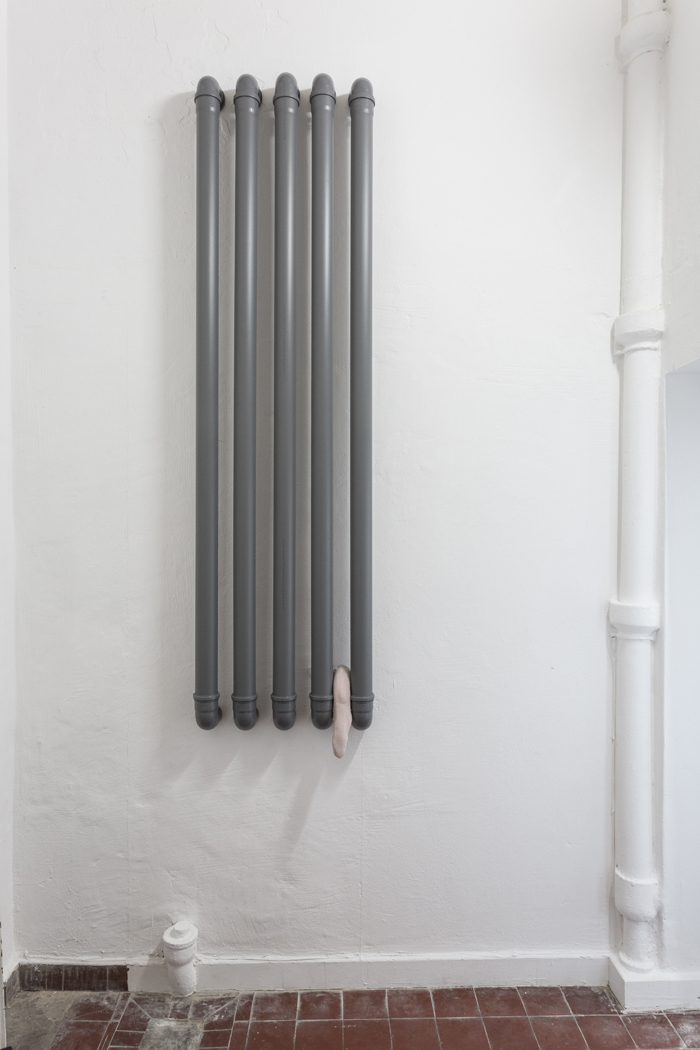 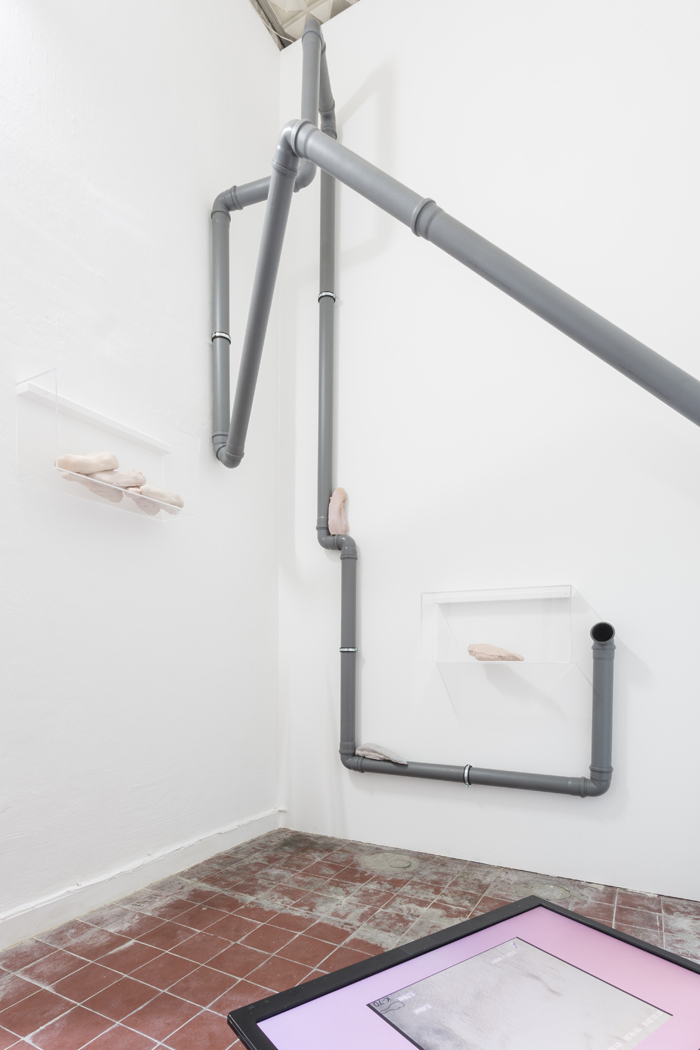 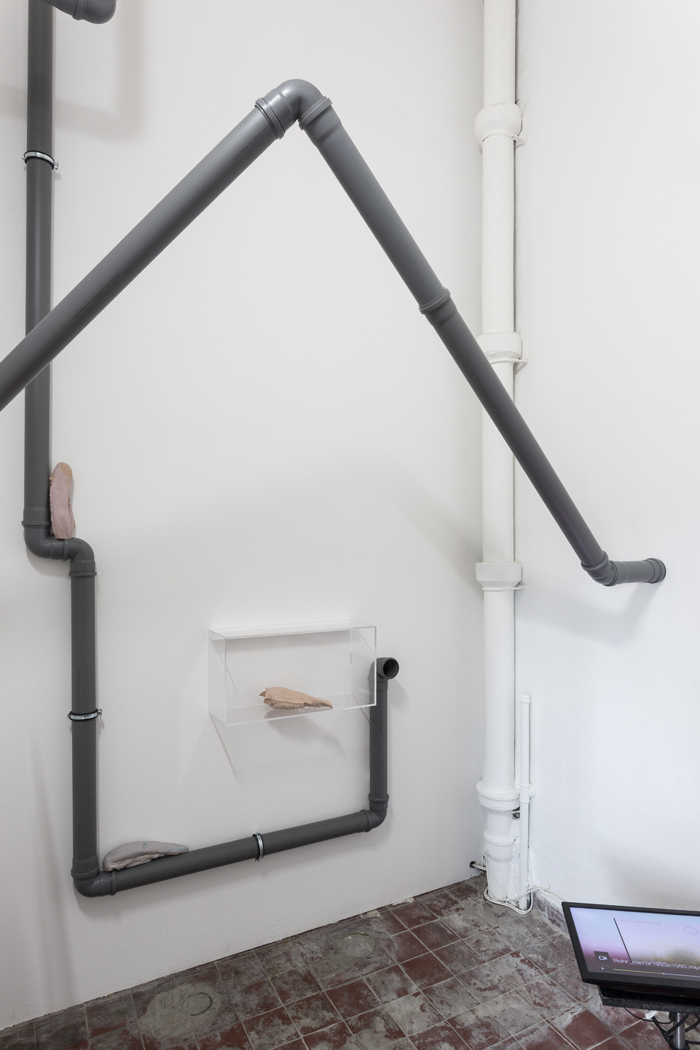 “He was an old man with eyes, nose, and a long beard, and I would say to myself that if He had a mouth, He had to eat. And if He ate, He had intestines. […] Either/or: either man was created in God's image– and God has intestines!– or God lacks intestines and man is not like him. [...] Shit is a more onerous theological problem than is evil.” – Milan Kundera on God’s divine intestine

“The stomach and the bowel play puppet games with their own walls…“ – Ferenczi, “Phenomena”

For the second edition of MAGNA CARTA SHELF LIFE, Eva Vuillemin’s installation WITH MOUTH AGAPE LAUGHING GUTS OUT explores the body as both subject and setting. Working with bodies at the border of attraction and repulsion as an ongoing current in her work, the exhibition brings the inner parts of the body to the forefront – namely, the entirety of the digestive tract. Running the entire length of the body beginning at the mouth, the exhibition characterizes the digestion system as the threshold between inside and outside, a transformative site of solid and liquid, expulsion, sensation, and expression. Termed in psychoanalysis as the “biological unconscious”, Vuillemin investigates the theatricality of the body’s so-called “underworld”, seen an unconscious chaos in juxtaposition to the rational mind.

Disgust is a recurrent phrase in Eva’s work – the artist uses it as a medium to cross boundaries between attraction and repulsion. Examining the body as autonomous fragments, what was once familiar becomes suddenly threatening and alien. Vuillemin amputates the large intestine and tongues from their anatomical resting places, enlarging both to a grotesque scale. Tracing the tight confines of 3 1/2, the large intestine is suspended upside down and magically feeds into other off-sites: toilets below, the exterior wall beyond, the attic or roof above.

Mining the prehistory of 3 ½ – a few short years ago it was a storage closet for toilet paper – the filled-in waste pipes on the floor for two toilets in effect become more present as negative spaces. In this instant, the suspension of belief and the psychological fourth wall are broken–3 ½ transforms from a neutral exhibition space and is realigned with the backstage elements of Kunst-Werke. Playing with the pragmatic and clinical nature of both internal biology and institutional management, Vuillemin orders an outside company to document the piping systems running down from 3 ½. With this endoscopic view, Kunst-Werke transitions into something more corporeal– the first and second floors approximated with the head and mouth of the building, 3 ½ and the third floor Chora as the bowels. Framing the video, the artist’s internal body is also documented, a soft pink contouring corroded rust.

WITH MOUTH AGAPE LAUGHING GUTS OUT questions what is proper and improper through both humour and hyperbole, playing with their shaky definitions and highlighting their contingency on the given norms of society and subculture. The West’s overall distancing of both desire and criticality and guttural, bodily processes returns into proximity, as invisible processes stand in the light for short while.