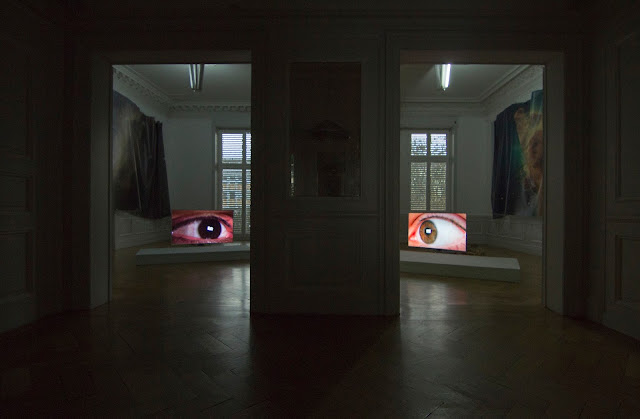 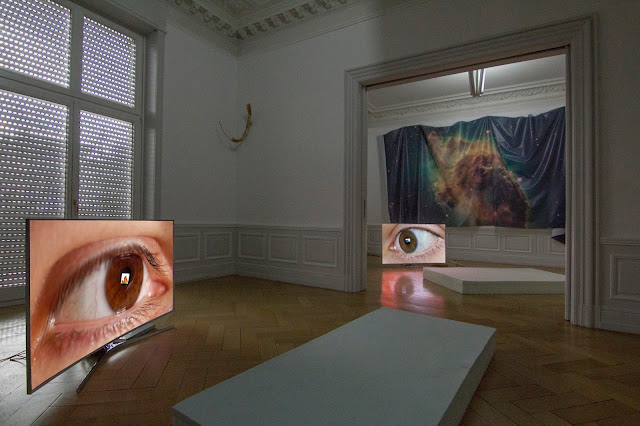 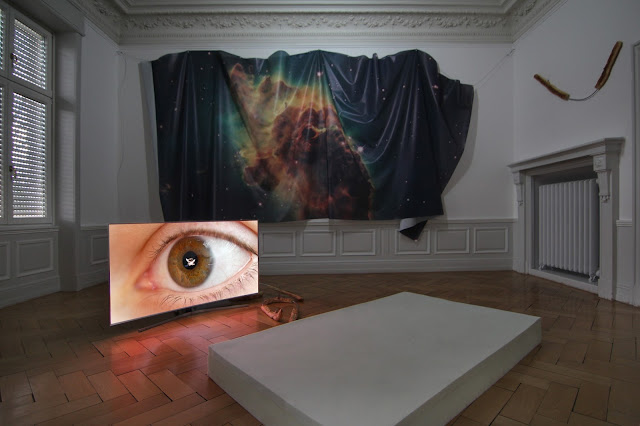 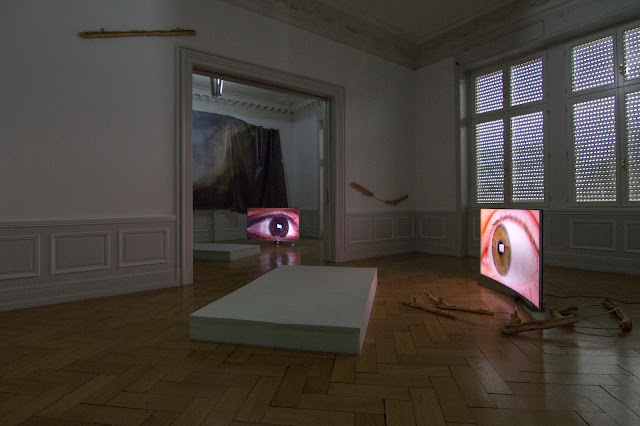 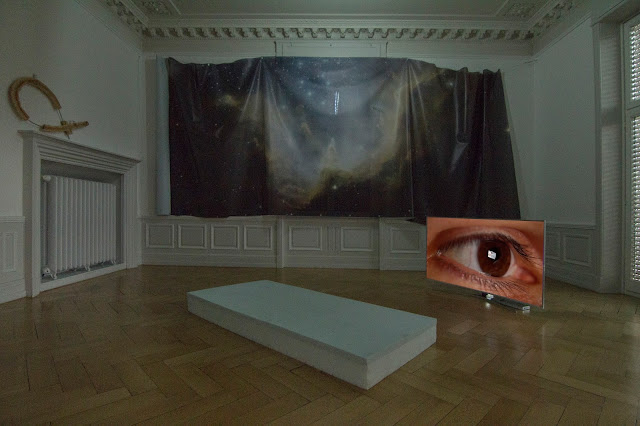 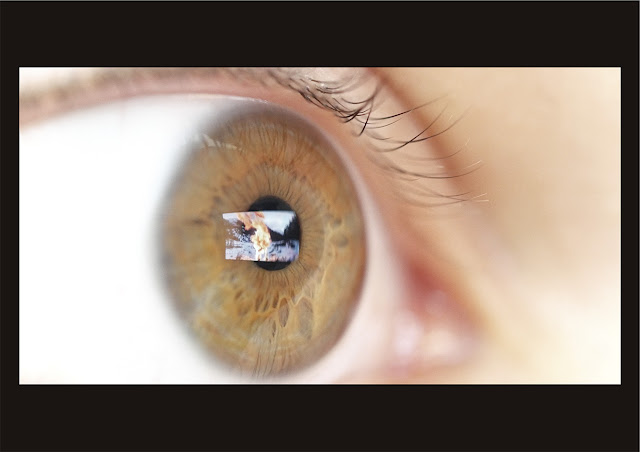 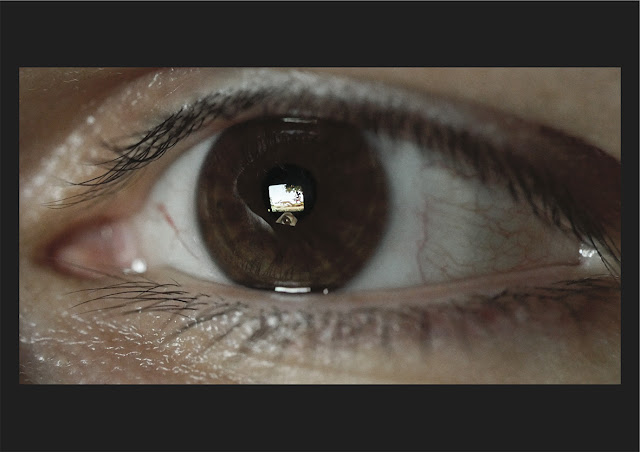 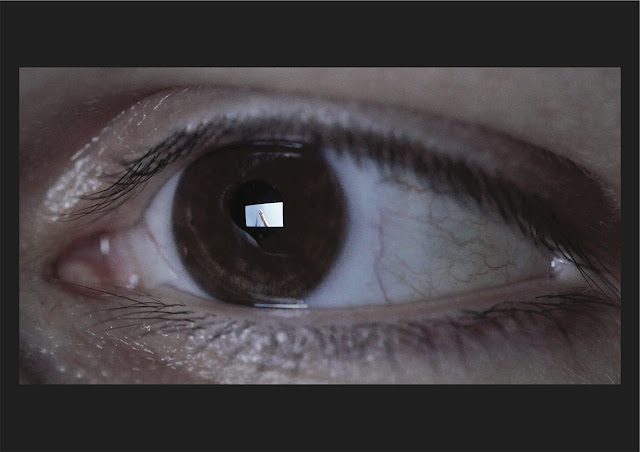 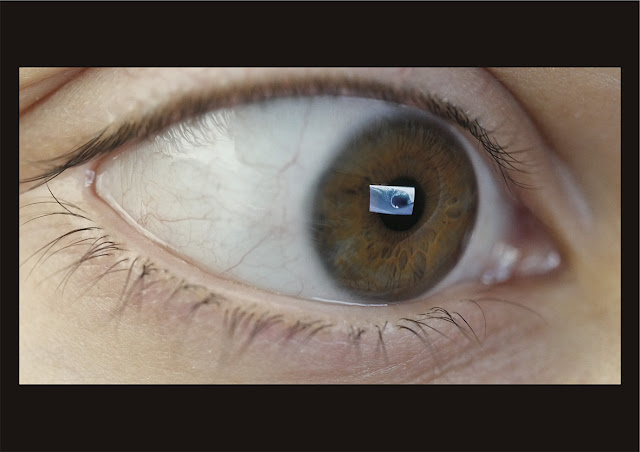 Furthermore it marks the first exhibition showcasing the collaborative practice of the artists. Sharing a studio and personal life results in a constant exchange of ideas that have so far, never materialised in form of an exhibition. For COUNTDOWN BELLADONNA, Anna & Florian have developed an installation, manoeuvring between current social streams, their personal relation and spatial qualities found at Salon Kennedy. This is manifested in two video works, for which the artists developed a specific closeup filming technique, capturing the content they currently look at on their smartphones, which is then reflected in their pupil. This allows the viewer to take on the same perspective as the artists, observing the well-selected digital material of YouTube videos, dance performances, music videos or film extracts. The artists´ eyes turn into mere, flat surfaces of reflection. The eye, often referred to as the mirror of the soul or the reflection of one`s personality is being alienated, serving as a mirror to the infinity of the virtual world where one can take on any personality. In this sense, the very personal moment of the two artists filming each other from a very close proximity, becomes estranged and almost impersonalized.  The artists interest in our relation to the digital world, how we react on it and adapt to it, is again captured in matrasses out of memory foam, lying in front of the screens. Not only our span of attention changes through an overload of images and information material we can access, but also the relation to time. We leave a million traces, visible only for a split second before they are overruled by new and fresh content or images.  Parenthesising the two rooms of Salon Kennedy, images of `Nebula´ clouds indicate another layer or further element of the vastness and endlessness of the virtual world. The Nebula, an interstellar cloud of dust, hydrogen, leium and other ionized gases appears in striking, almost glowing colours, adding to a crepuscule atmosphere. In this atmosphere, the sculptural elements made out of bread dough and aluminium casts, poetically float through the space, suggesting relicts of a technical future while at the same time holding on to the most basic human needs.

COUNTDOWN BELLADONNA marks the start of several joint projects by Anna K.E. & Florian Meisenberg to come in the near future.

In addition to the works on display, Anna and Florian have produced a limited Edition of 10 unique Dyptichons.

The exhibition was kindly supported by Samsung.