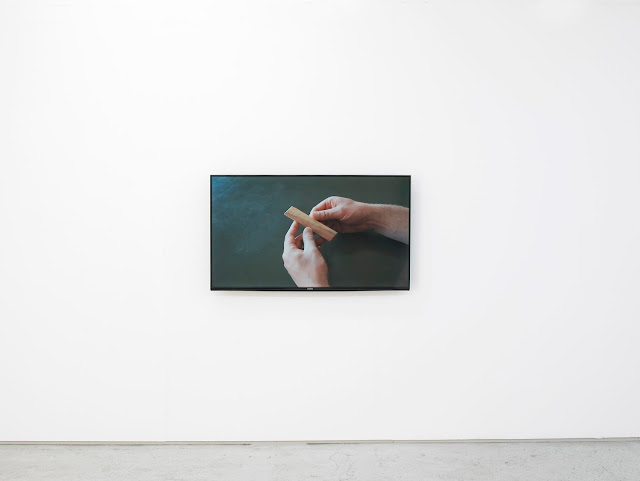 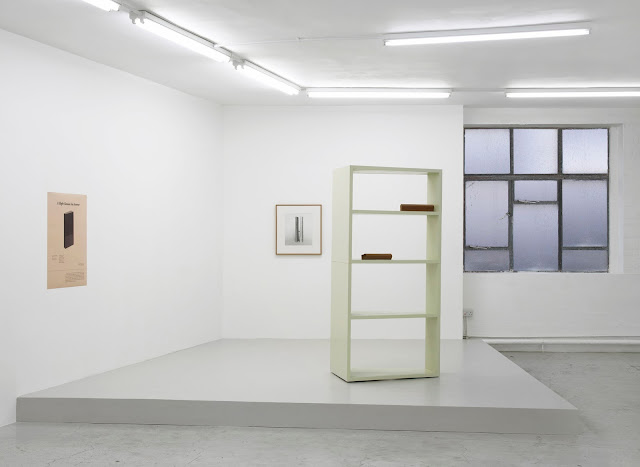 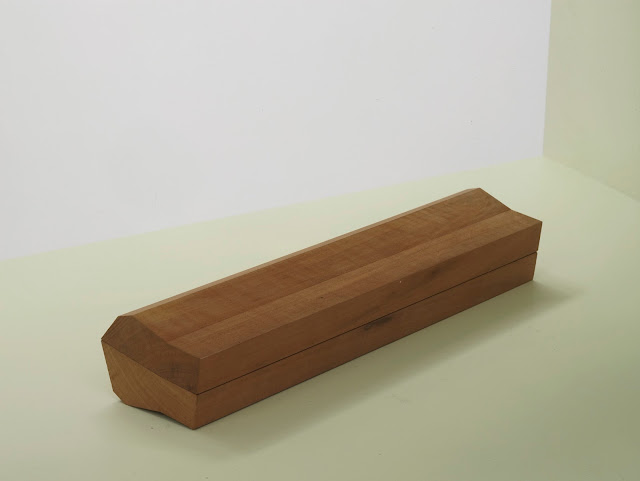 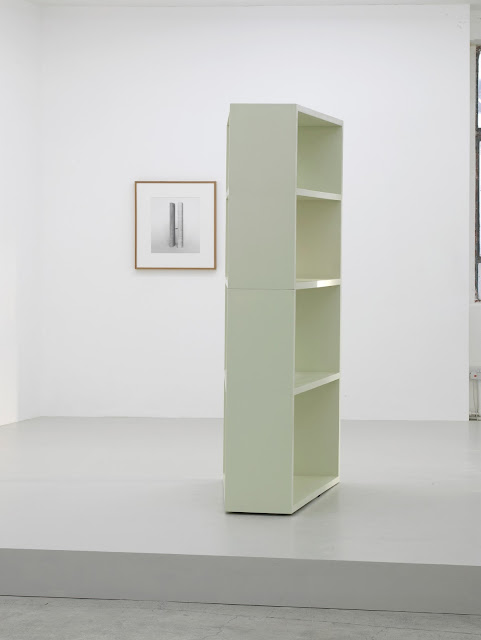 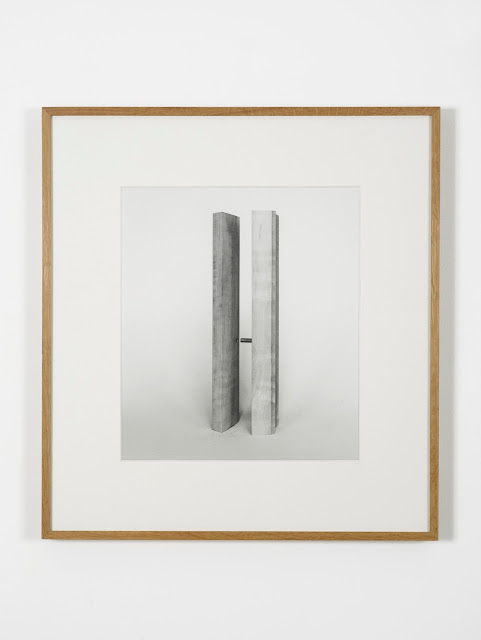 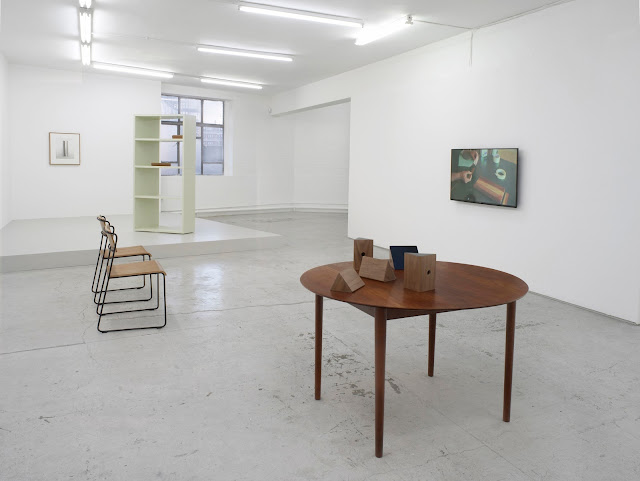 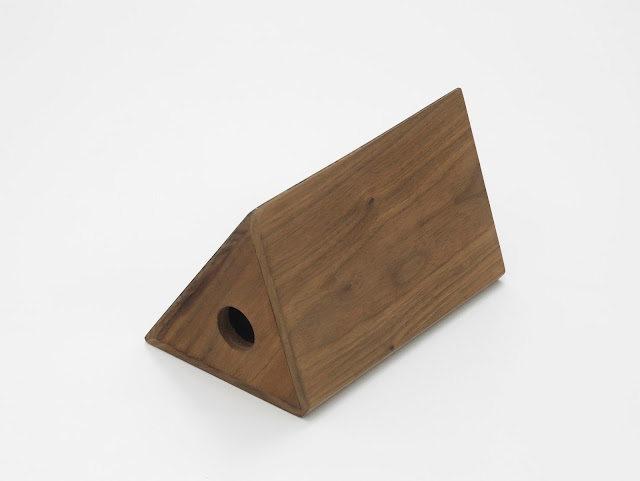 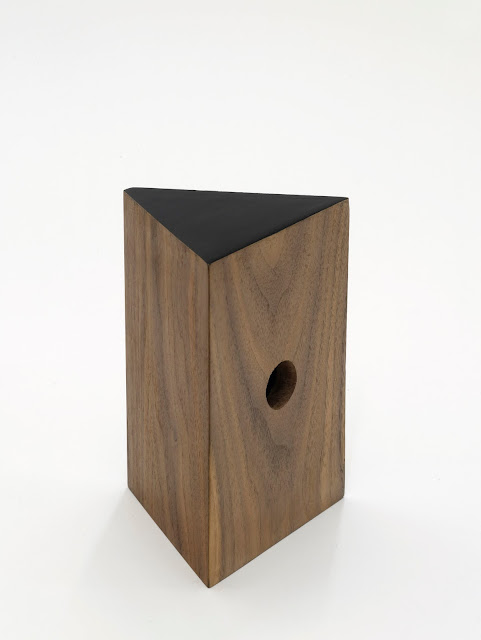 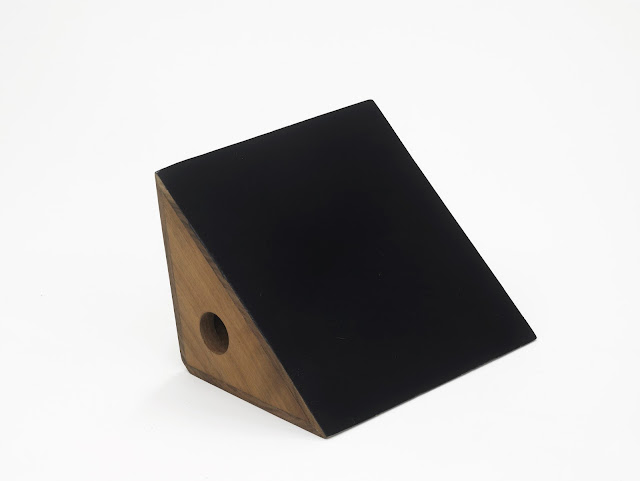 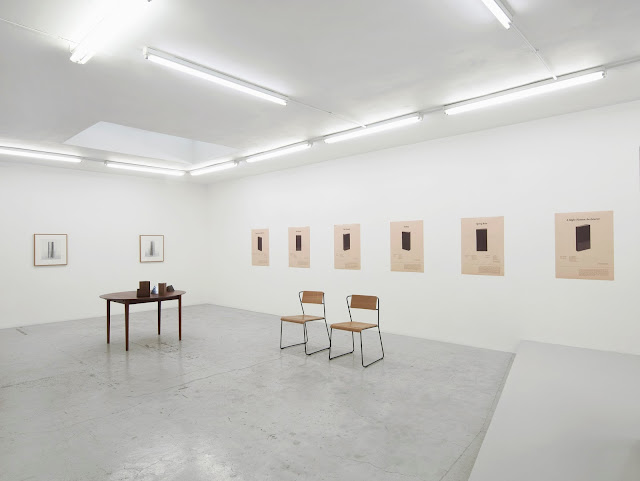 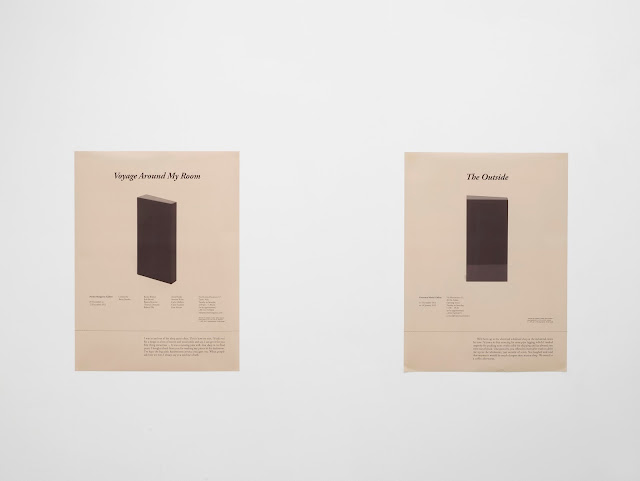 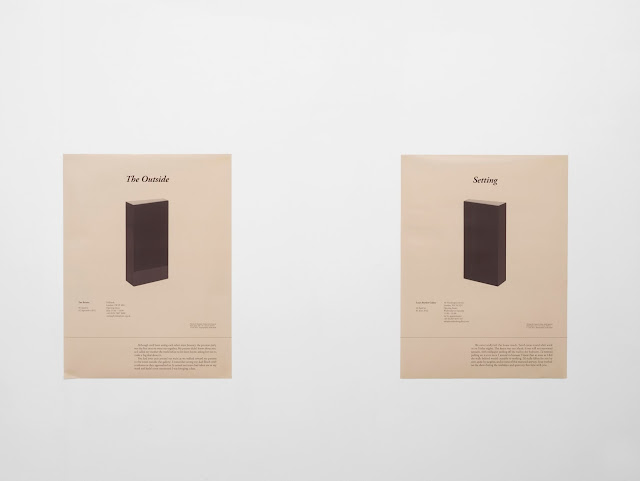 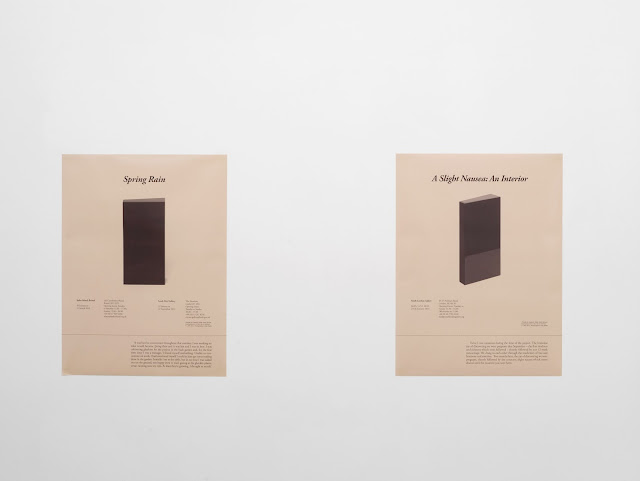 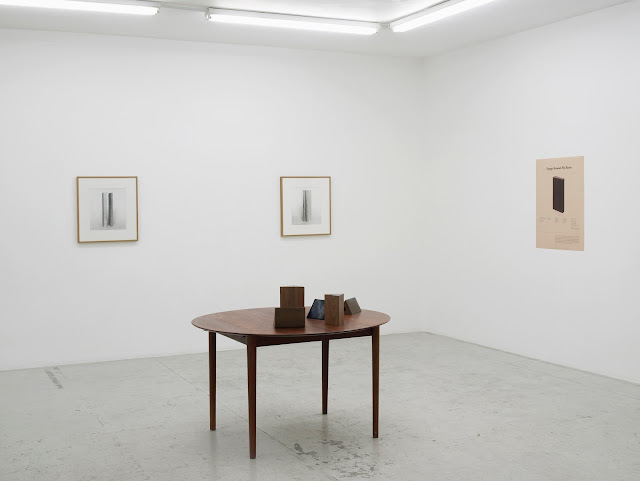 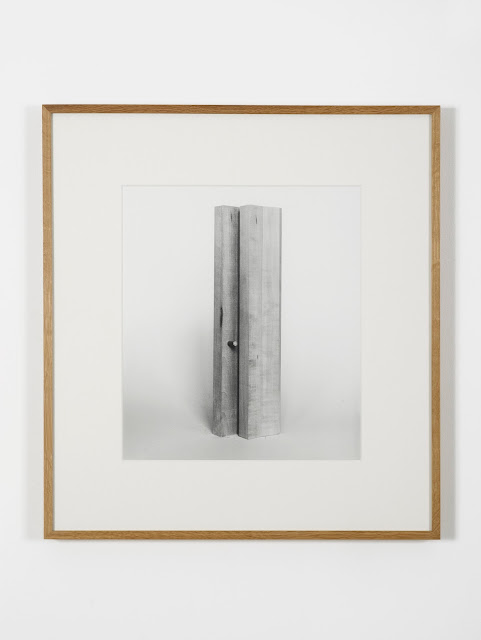 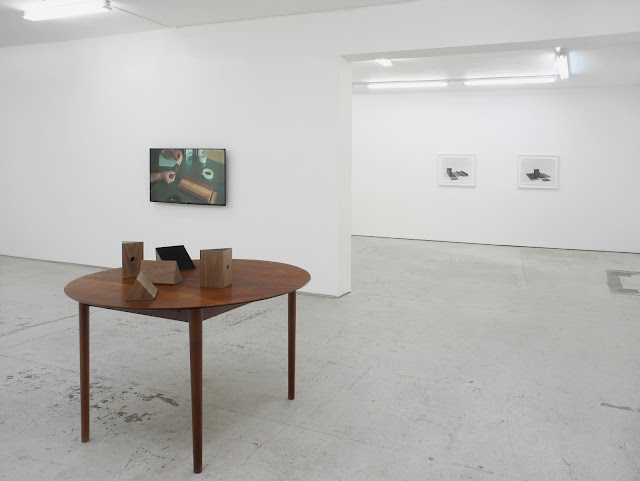 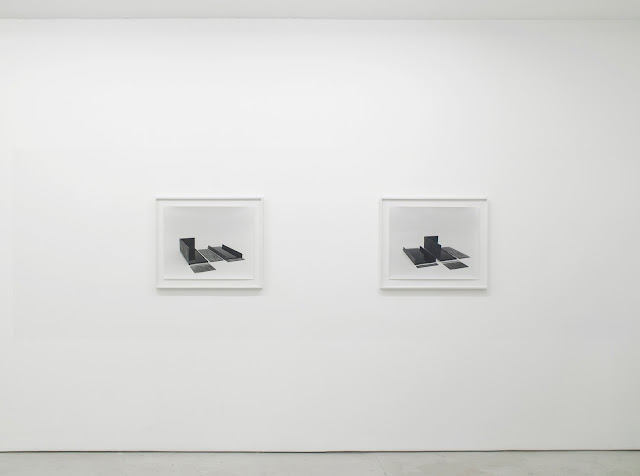 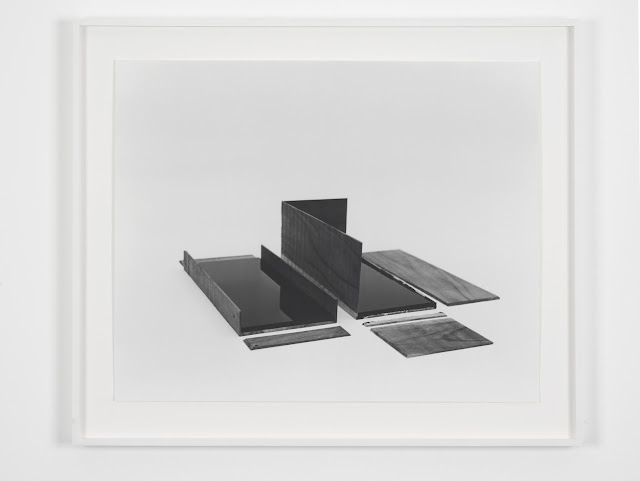 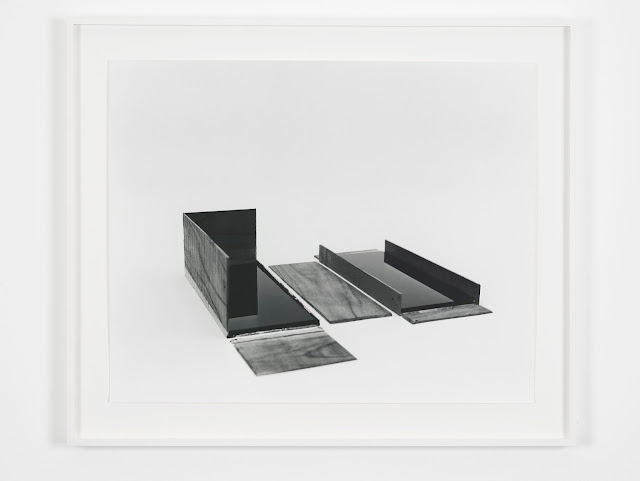 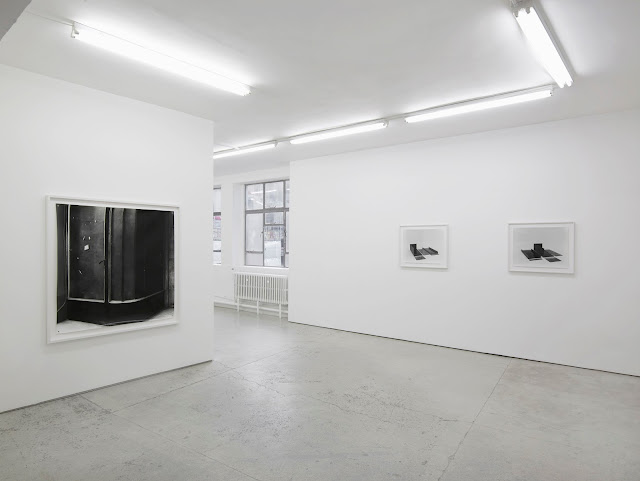 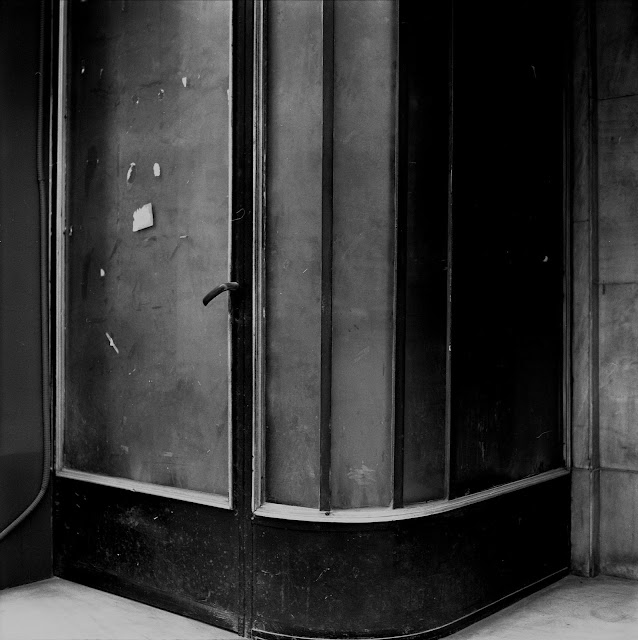 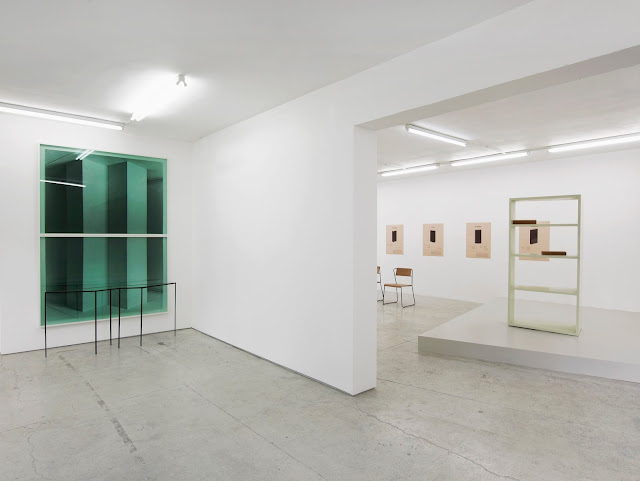 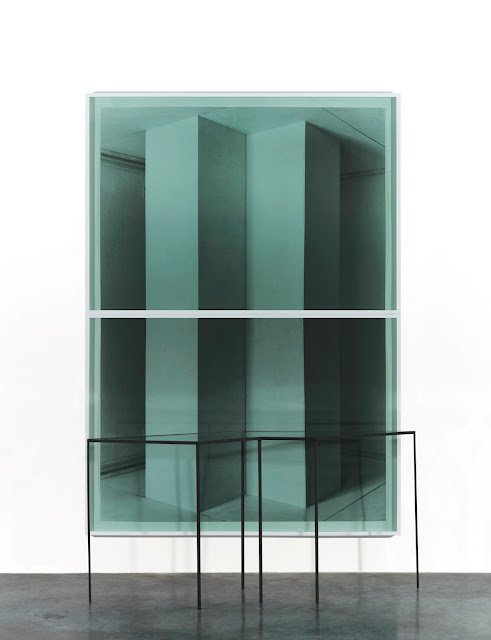 Laura Bartlett Gallery is pleased to present a solo show by British artist Becky Beasley. The exhibition brings together her most recent works, alongside a selection of key works from the last ten years and evidences Beasley’s interest in still life and domestic design. The title, taken from a large-scale photograph from 2010, resonates across the sculptures, objects and photographs in the exhibition, revealing Beasley’s ongoing reflections on human relation, viewpoint, orientation and perspective.

Beasley’s interest in returning to works in order to explore and re-work the potentials of specific elements is evident throughout the exhibition. The earliest work in the exhibition, The Left Door/La Dernière Porte (Athens Archive) (2004/2005), depicts a disused storefront. Beasley originally took this image whilst living in Athens in 2004– a period in which she accumulated her Athens Archive – only later printing particular negatives. The negative here was reversed during the printing process, flipping the door so that it appears to be for the left hand. This subtle shift by the artist lends an uncanny, or sinistral, reading to what is a familiar image, and a reminder, perhaps, that “all the decisive blows are struck left-handed.[1]”. This work sets up the motifs of mirroring, reversal and duplication that appear throughout the exhibition.

Literary Green (2009), combining sculpture and photography, is a key work in Beasley’s practice. Inspired by the eponymous character in Herman Melville’s 1853 story, ‘Bartleby the Scrivener’, in which a ‘high green folding screen’ figures as a way of partitioning off Bartleby’s work space, effectively hiding him from sight. Two conjoined photographs together produce a high-folded partition, mounted behind green acrylic glass, in front of which, obstructing the image, sits an acrylic glass table structure with delicate metal legs. The odd, angular shape of the tabletop is in fact a template of the impossible interior space behind the screen in the image, rendered in three dimensions.

Given (Cock & Clam) (2015), the most recent work in the exhibition, re-presents a sculpture previously used for a series of photographs (The Outside, 2012). The work consists of a large, pale green, rhomboid-shaped shelving structure containing two small, coupled, pearwood objects. The sculpture revolves slowly at 1 rpm, its shelves opening and closing as its perspective changes through the movement.
The ‘Given' here refers to Duchamp's last work, the floor plan of the interior of the work copied and elaborated in the cross section of the objects. Sexually charged in its titling, it is accompanied by three small photographs, Elaborations & Extensions (2013), which depict the same pearwood objects in various evolving couplings.

A Man Restored a Broken Work (2015), is an HD video in which a man’s hands are seen repairing a damaged early woodwork by Beasley. These same hands, the artist’s partner’s, have figured in previous works by the artist. The work references Robert Bresson’s film, A Man Escaped, both in the premature denouement of the title and in its focus on process, time and manual work. The man examines the broken pieces of each of the two parts of the sculpture, the lid and the box –originally based on a narrow shoe box found in Soho– and then carefully repairs each part. The two parts are never seen together. The film ends when the second part, the lid, has been completed.

A Man Restored a Broken Work is shown alongside two related photographs, Build Night (I & II) (2012), which were made by arranging and shooting the pieces of the object that appears in the film three years prior to its being restored.

Camera I-V (2014), presents a set of triangular black American walnut sculptures whose exterior dimensions are based on a 1977 Penguin paperback edition of Saul Bellow’s existential novel, Dangling Man (1944). They are exhibited on a loaned mid-century modern circular wooden table. The table changes for each iteration of their presentation. Each of the sculptures has a single hole the size of a small bird, or walnut, on one face and another black, hand-lacquered face. Each sculpture has a different interior angle, all five of which total 360º.
The recent work, Foresight (2015) is a set of six digital prints resembling posters for the artist’s past few years’ exhibitions. The work sees Beasley re-examining an earlier sculptural work, Perinde Ac Cadaver (2011), photographically. Her writing practice is also incorporated into the work in the form of a text which runs along the lower part of each poster. As Laura McLean-Ferris has written in a recent catalogue:

“Beasley’s posters, though they are new, are untimely, advertising her own past exhibitions. In the period of five years covered by the posters, the artist fell in love and became pregnant, and each poster includes a paragraph describing her blossoming love affair, as well as a series of related interiors- workshops, cars, baths, houses. Beasley’s posters, which recall her past work, suggest the secret interiors, and enormous worlds, inside objects, rooms, artworks and artists.”[2]


[1] Walter Benjamin, One Way Street & Other Writings
[2] Laura McLean-Ferris, Over You, You: Ljubljana 31st Biennial of Graphic Arts, Exhibition catalogue