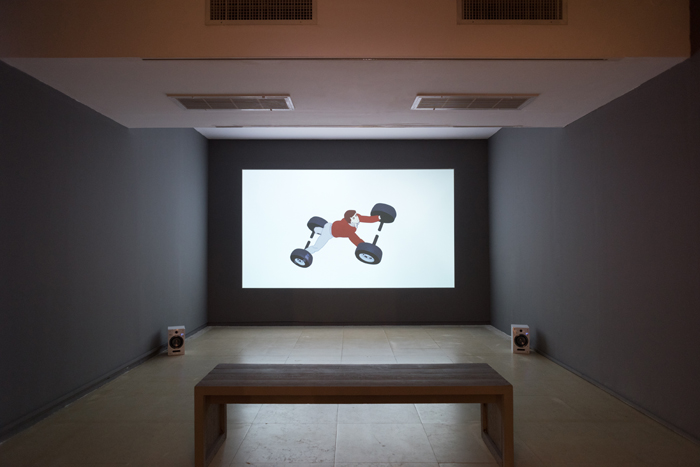 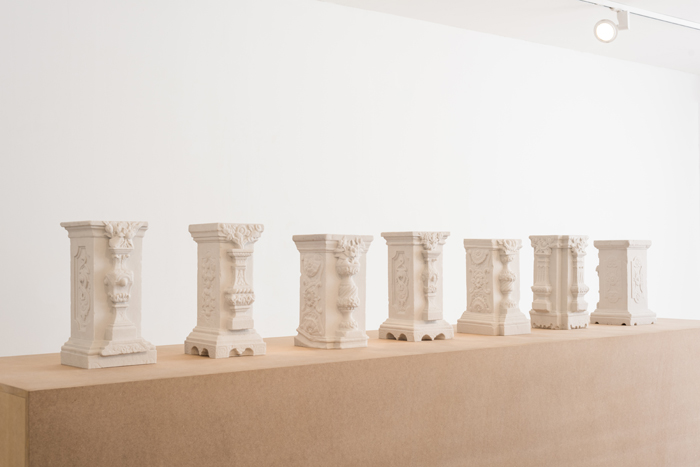 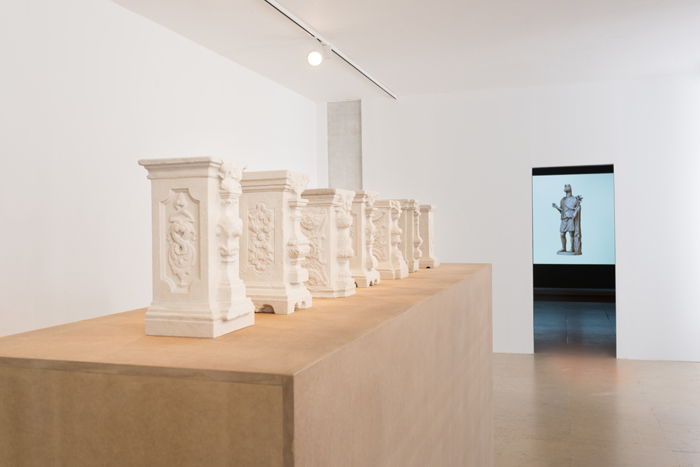 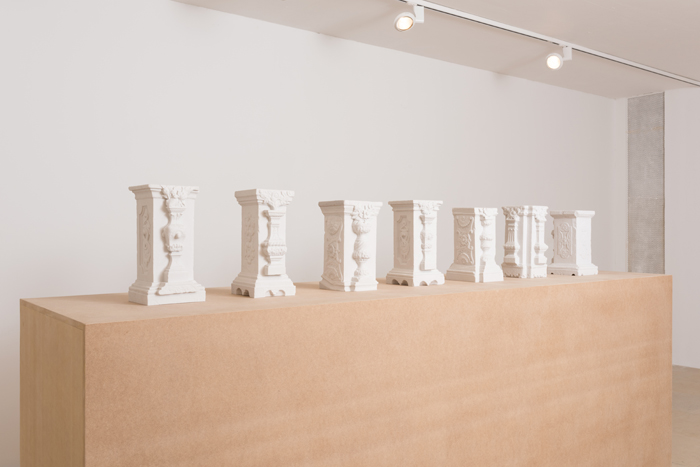 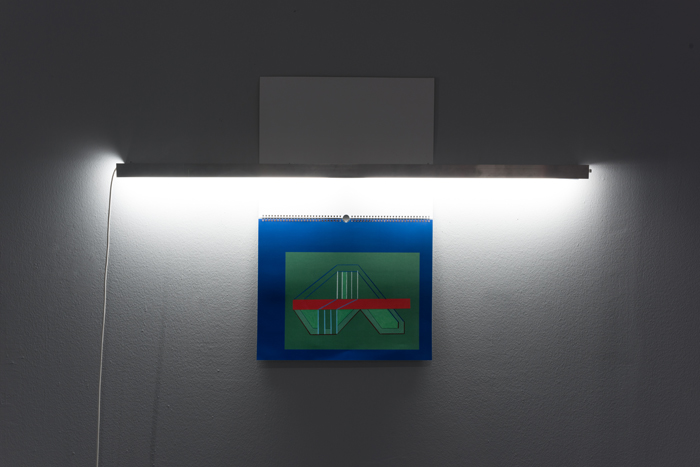 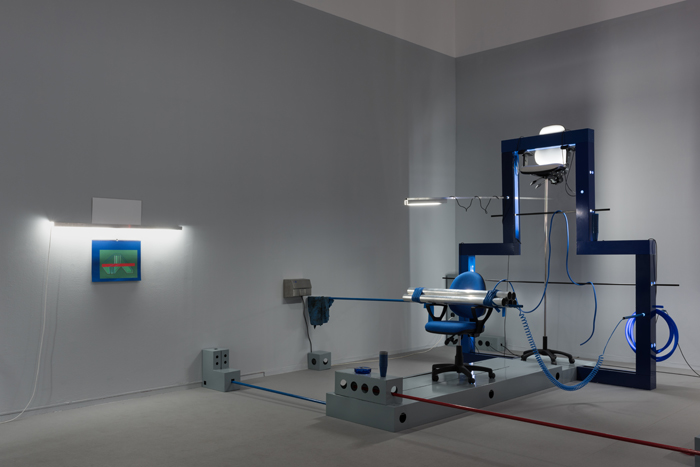 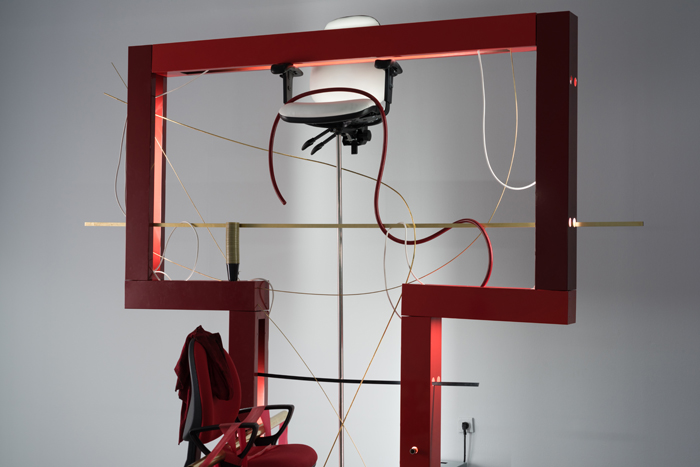 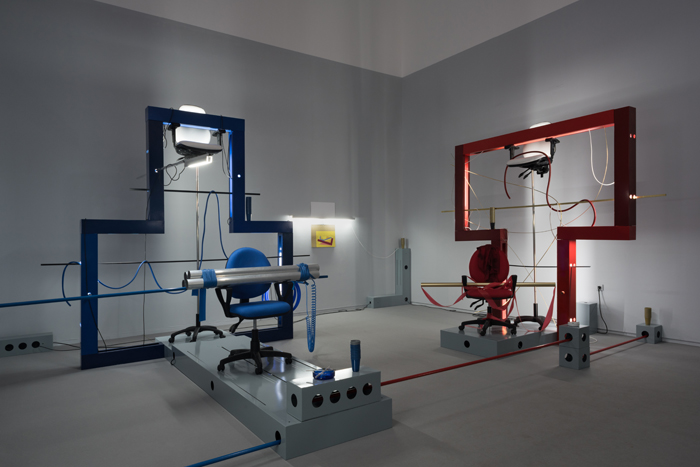 Images by Youval Hai, courtesy of the CCA Tel Aviv

In May 2015 the Center for Contemporary Art in Tel Aviv will present Oliver Laric’s first solo show in Israel.
Difference and repetition are common subjects for Laric, especially when looking at the productive potential inherent to reproduction. The copy carries with it the catalysts for its duplication, alteration, and change. It is an imprint of the process of its creation, a fossil of its own evolution. The precursor is no better or worse than its reproduction, but rather both can be valid entities in a multiplicity that denies the hierarchy between the two in favor of endless variation.

Versions (2012) is an ode to variability in the form of an ongoing series of video works. They feature animated sequences recycled in Disney films, postage stamps of ancient Roman copies of Greek sculptures, Japanese comics that reuse poses and drawing styles, and a host of sequences that are altered and edited each time Laric remakes the work. There are now several versions of Versions, all similar in content and format, philosophizing variability.
Yuanmingyuan Columns (2014) takes as its subject matter the columns of the Old Summer Palace (Yuanmingyuan) in Beijing that were plundered by French and British troops during the Second Opium War in 1860.  The surviving columns, which date back to the Qing dynasty, made their way to the KODE Art Museum of Bergen in Norway via a Norwegian general who served in the Chinese army. The columns were recently returned to China, but not before they were 3D scanned. The scans are available for download on Laric’s website so that anyone can view or use them, providing new possibilities for propagation and variation.

Laric's long interest in variation, in how an image, object, or idea is altered according to its user's needs or context, seems to have itself evolved from ideas of copying to the notion of "morphing," a transformation that alters the very essence of a given thing, rather than repeat or reproduce it. The video Untitled (2014) is comprised mostly of scenes of character transformation in animated sequences: Familiar figures from children’s movies, superheroes, and anime characters give way to more obscure references, such as a 3D model of a statue of Hermanubis, an ancient mythical figure combining the Greek god, Hermes, with the Egyptian god, Anubis, who takes the hybrid form of a human body and jackal head. Untitled also includes a time-lapse drawing of a “fursuit” head such as is worn by “furries,” members of a subculture united by a reverence of animal figures with human characteristics, usually inspired by cartoons though spanning far beyond.

Cartoons and time-lapse digital renditions lend themselves easily to giving form to metamorphosis since they naturally show a visual process of becoming. The ability to switch from male to female, or from human to object or animal, provides an outlet for the transcendence of the self’s limitations and gives way to multiple modes of self-conceptualization.

Be it through morphing or copying, it is the distinctions and translations between one thing and another that Laric explores. His work mirrors back to us a cultural imaginary that takes many forms, but returns us to the same constant, that of change itself.

Accompanying the exhibition will be a catalogue with texts by acclaimed philosopher and feminist theorist, Rosi Braidotti, and the exhibition curator, Chen Tamir.

This exhibition is made possible with generous support from the Austrian Cultural Forum and Outset.

The CCA is proud to present a new large-scale installation by Hilla Toony Navok.
Hilla Toony Navok tracks high modernism and abstraction in popular Israeli consumer products in a practice based on fantastical constructs. Known for her playful sculptural use of vernacular materials, Navok interrogates the very notion of display. Rather than simply present ready-mades, she pits consumer and industrial products firmly within abstraction, voiding functionality in favor of highlighting design.

Rounding Up the Hours is a large-scale kinetic installation bustling with raw materials such as aluminum rods that reference storage spaces and manufacturing factories, and office furniture, which references administration and desk jobs. These two pillars of contemporary work culture, known colloquially as “blue collar” and “white collar” work, uphold a system so refined that it seems to function on its own. Indeed, this machine-cum-sculpture is an active work site, but devoid of human presence. Instead, objects such as chairs, molded to the human body, are anthropomorphized, and move through a choreography that seems to be dictated by the materials themselves. The objects are the ones at work, toiling away after work hours without us, yet producing nothing. Their lack of utility is evidence that they are on display, art objects; they can even be considered to be drawing in space.

Although Navok’s installation empties found objects of their utilitarian value and focuses instead on the elements of design, it isn’t simply about the aesthetics of work. Nor do the basic shapes and colors, which can be traced back to the birth of modernism a century ago, refer only to their design origins. The slow and monotonous movement betrays the Sisyphean nature of labor itself, as alluded to in the title, Rounding Up the Hours, and the many components that make up the workforce in which we live. Rounding Up the Hours questions the very connection between labor and creation, the cultural and ideological underpinnings of design in the consumer production process, and the assimilation of the history of modernism in contemporary consumer culture and our place within it.

Rounding Up the Hours is presented courtesy of Noga Gallery, Tel Aviv