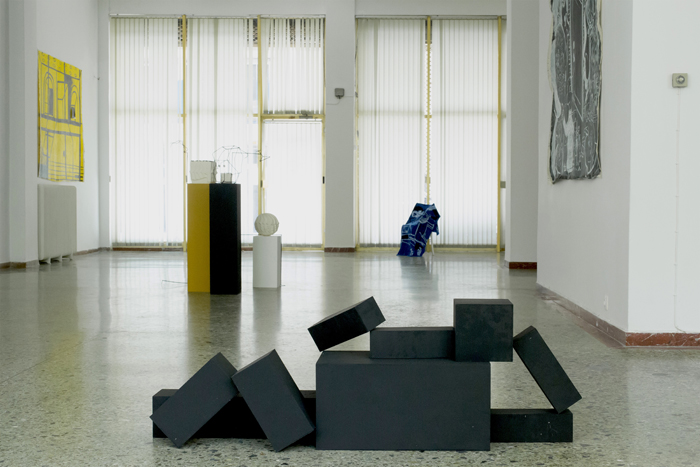 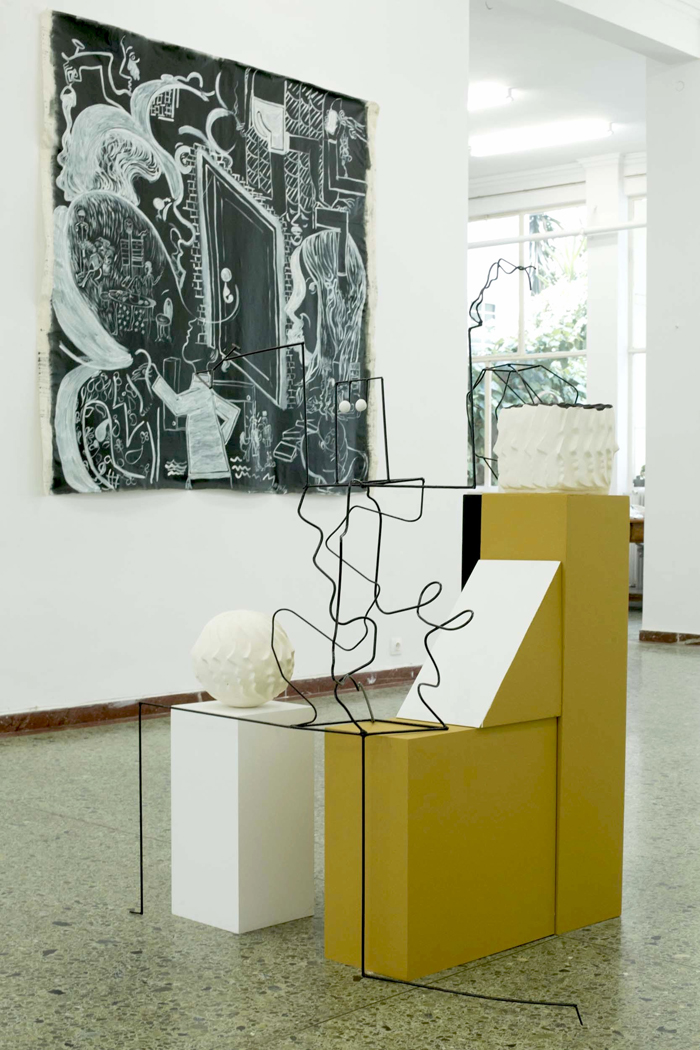 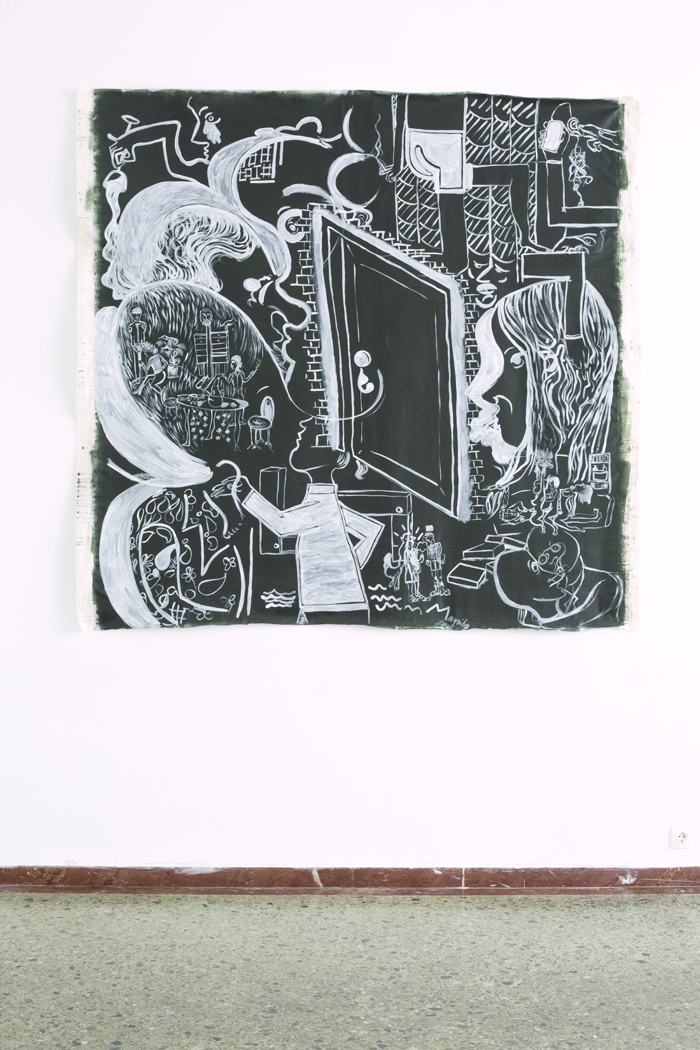 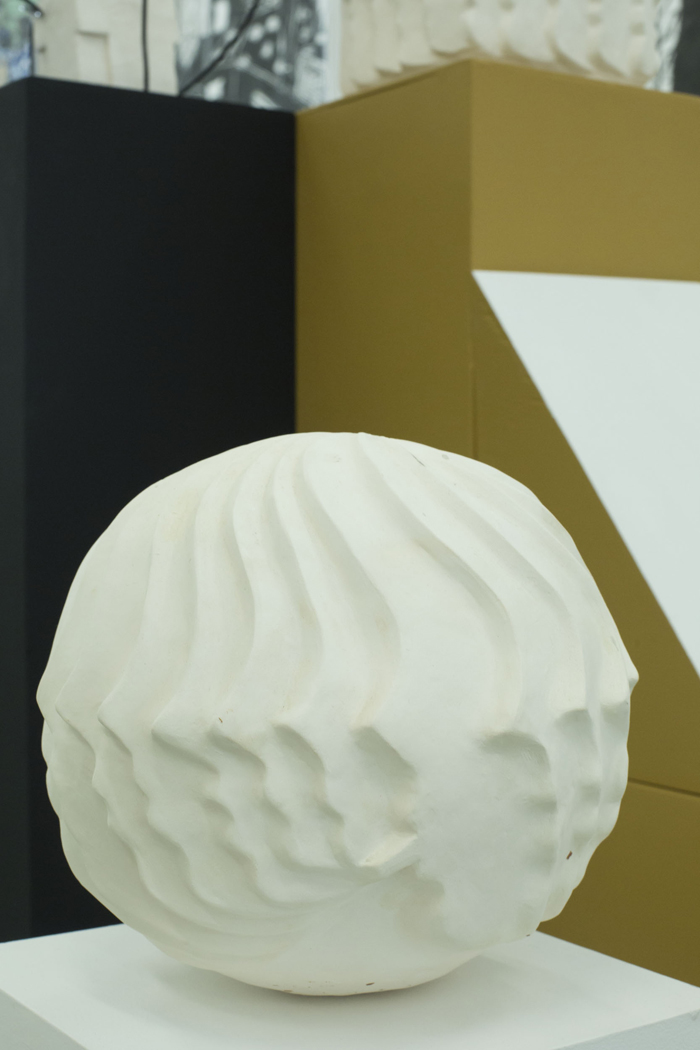 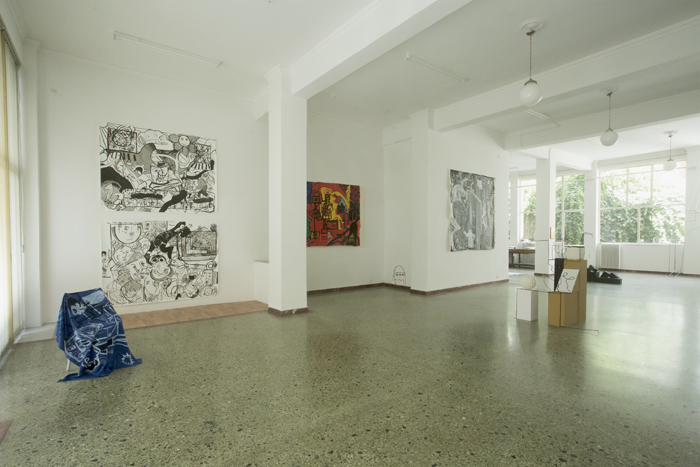 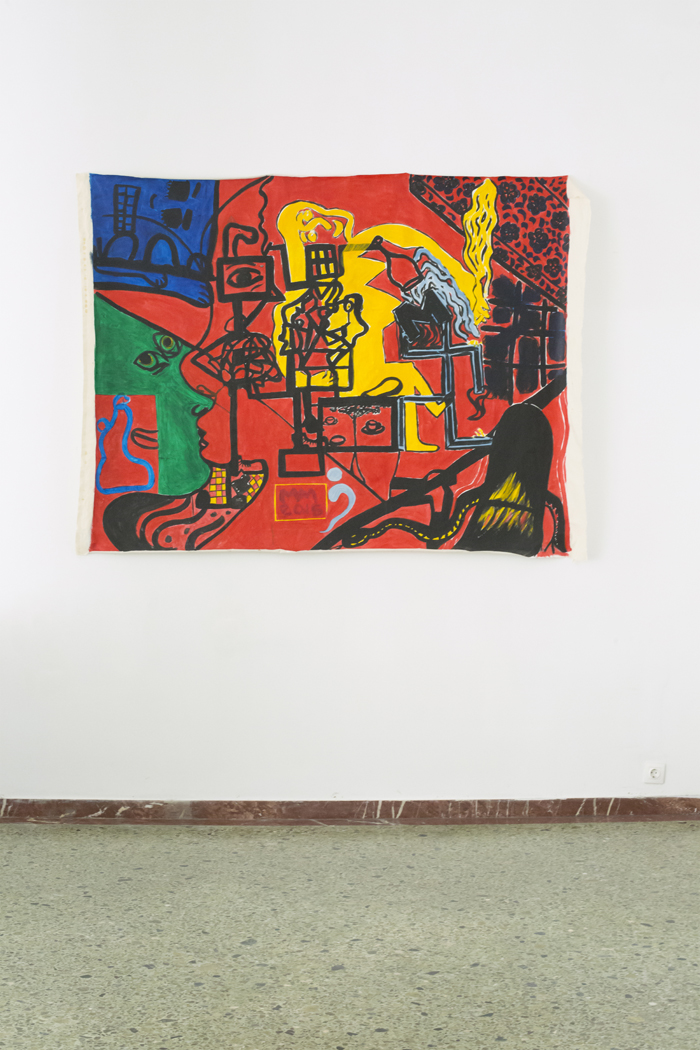 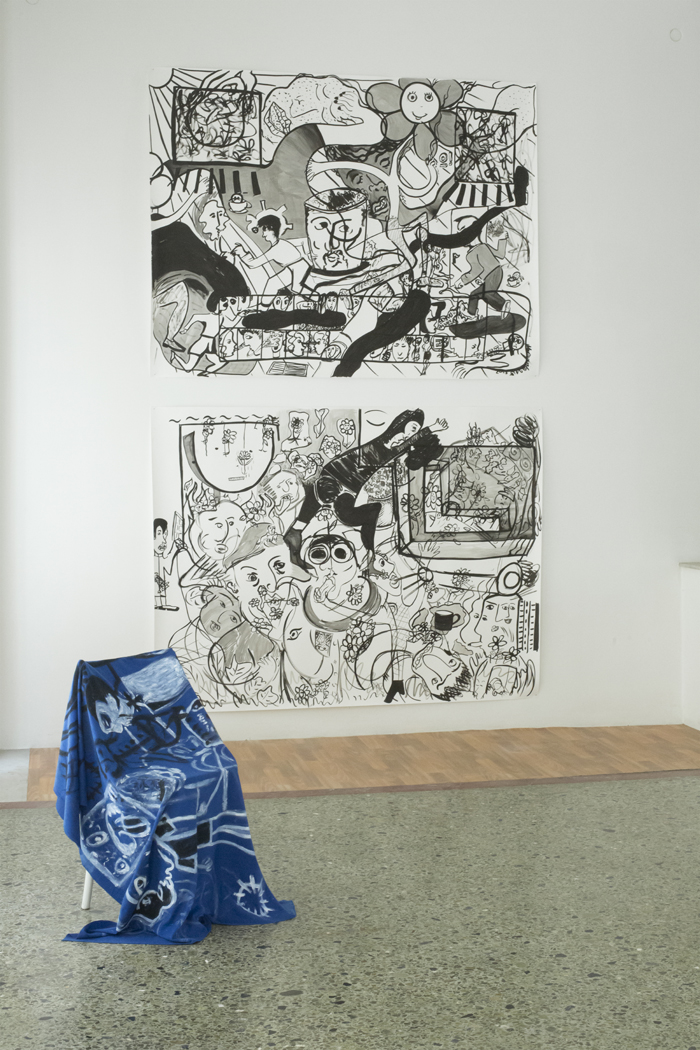 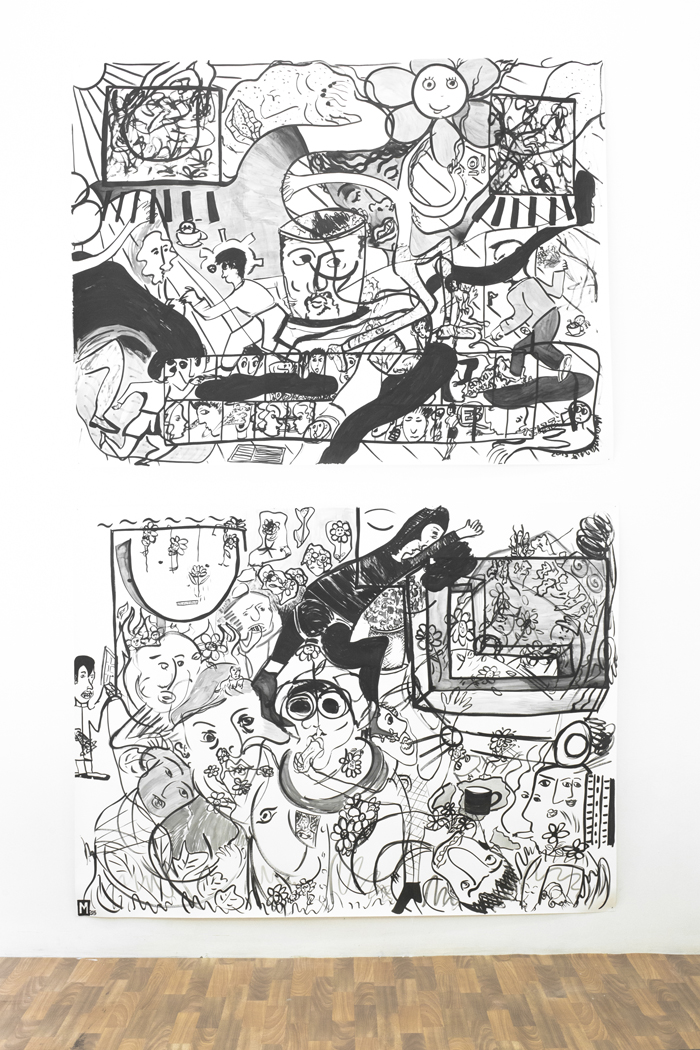 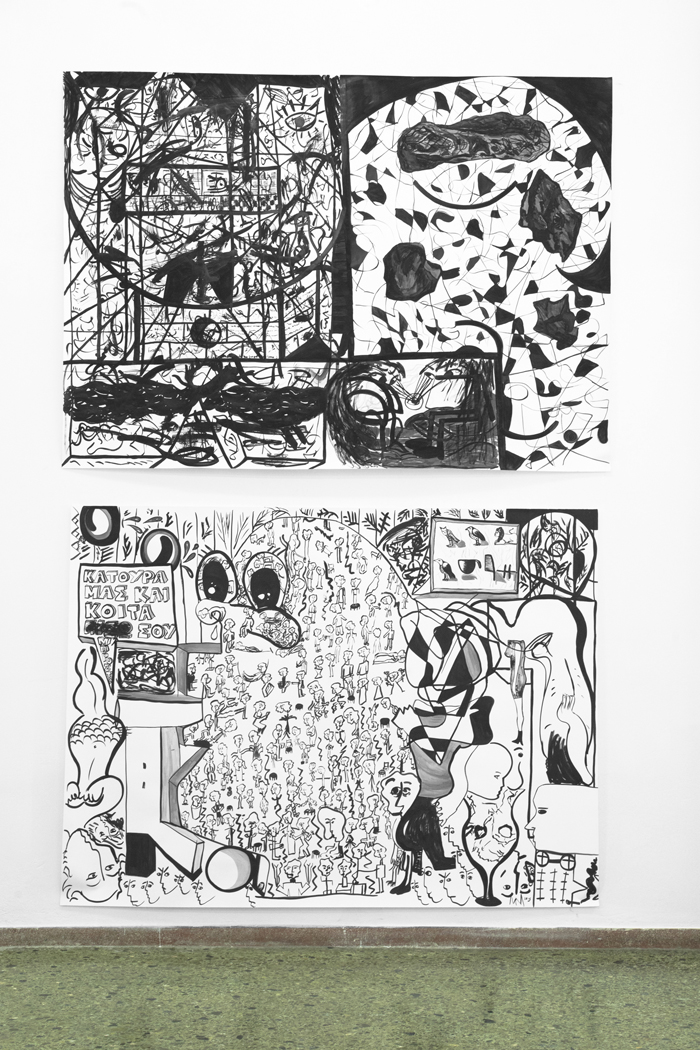 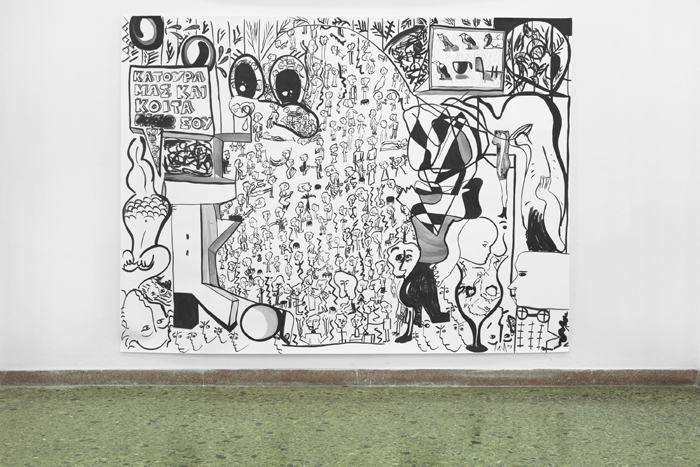 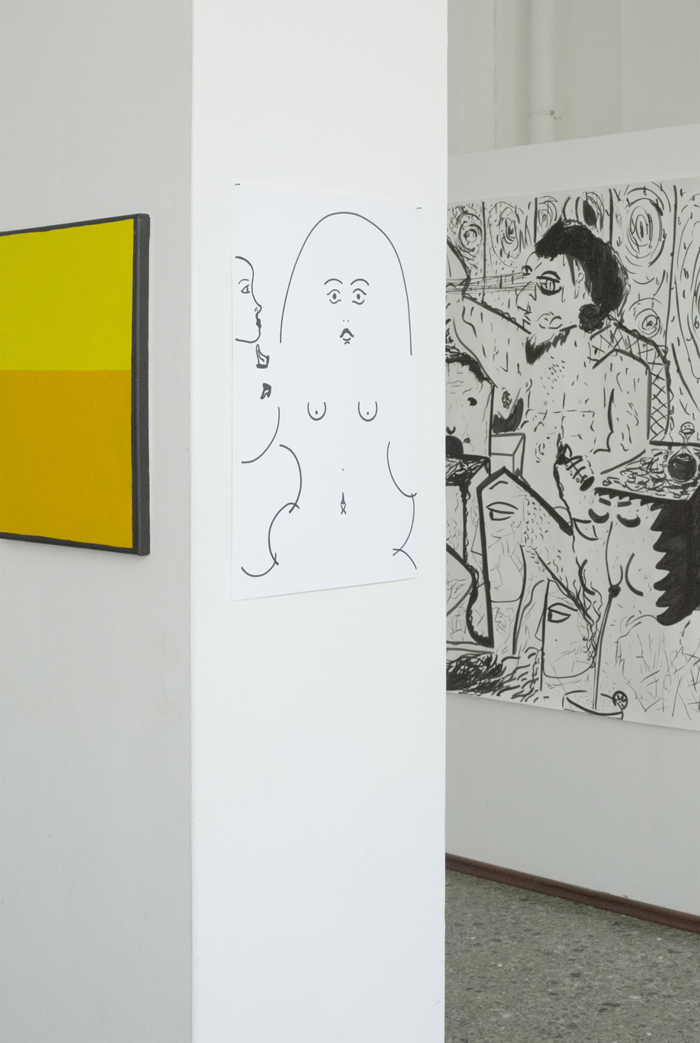 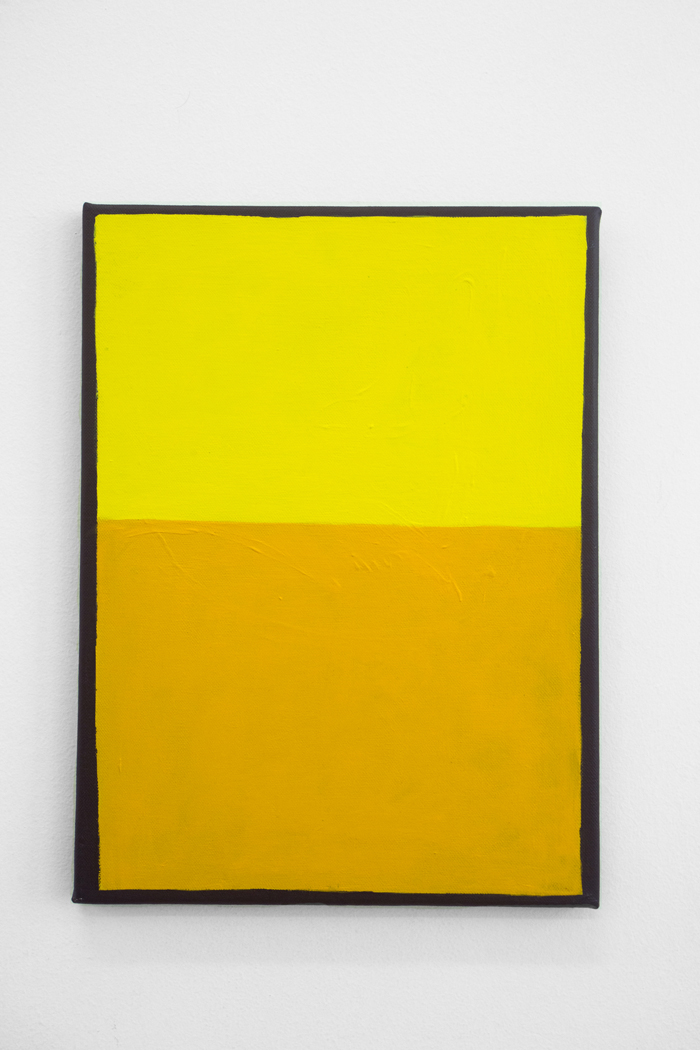 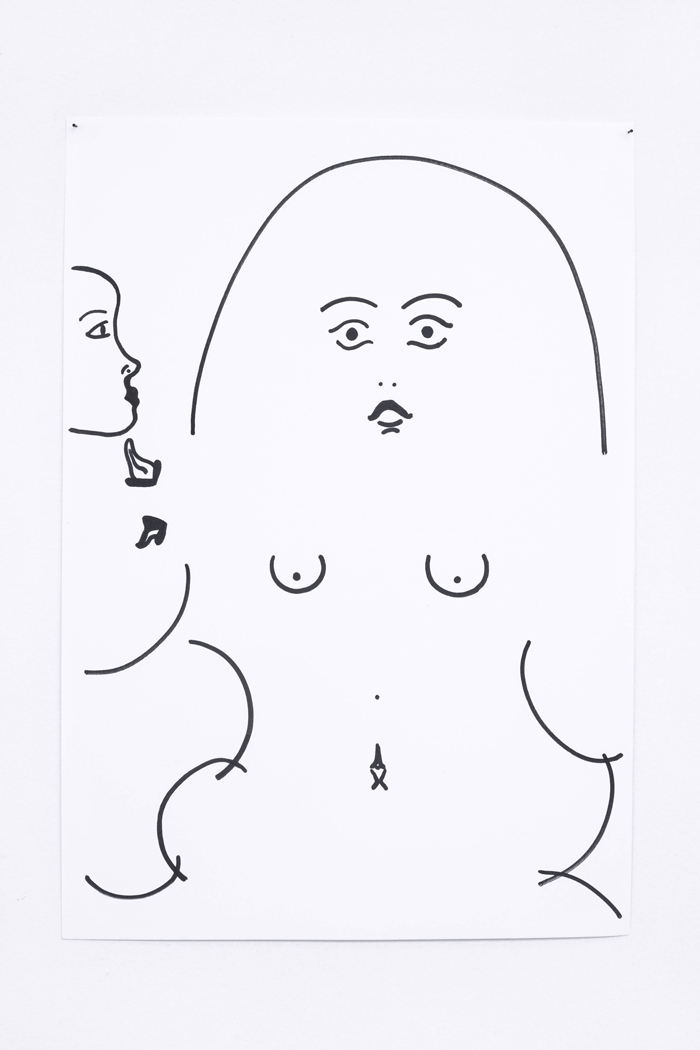 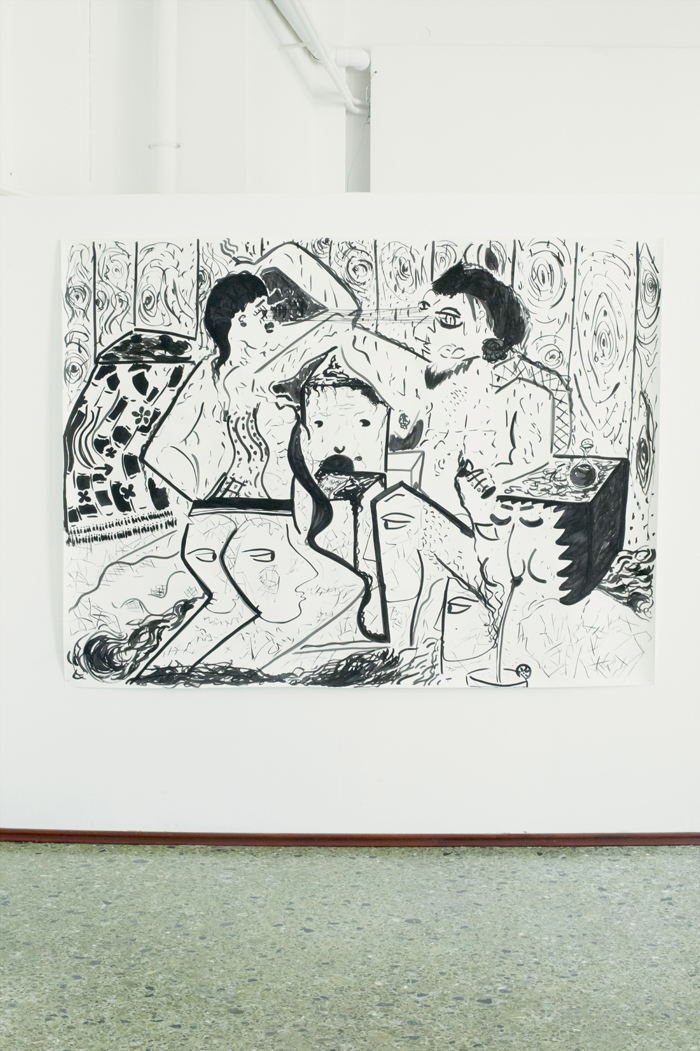 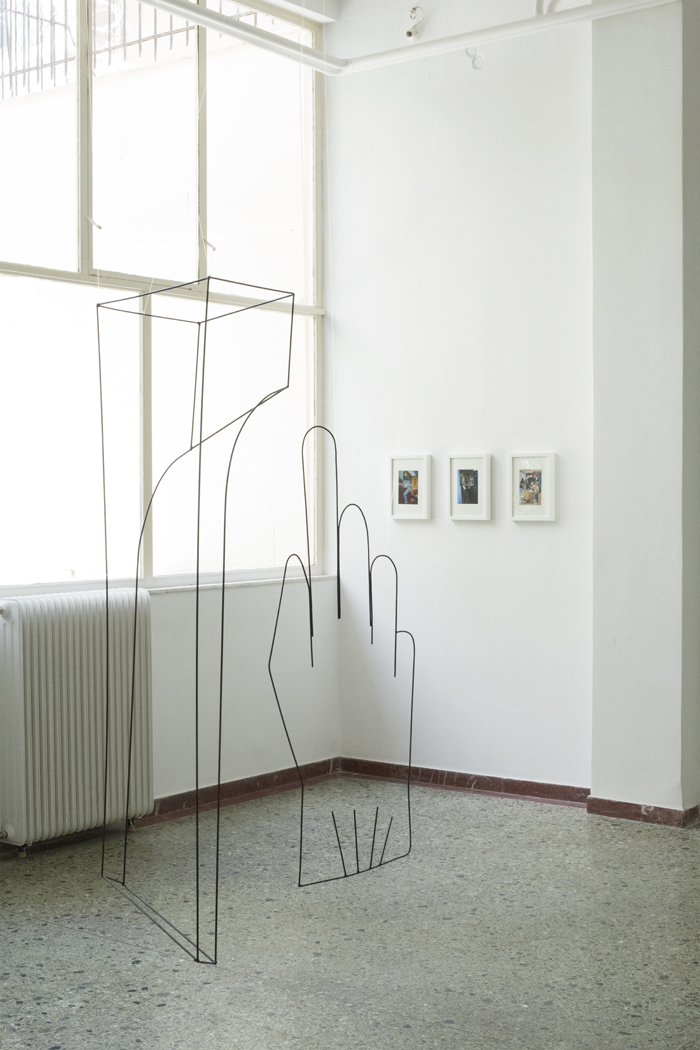 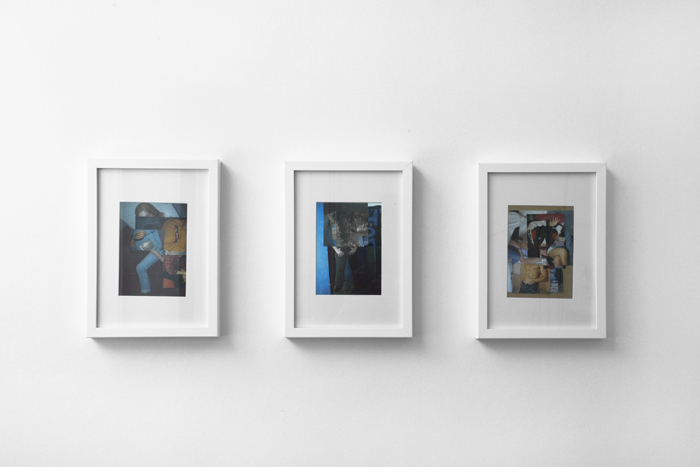 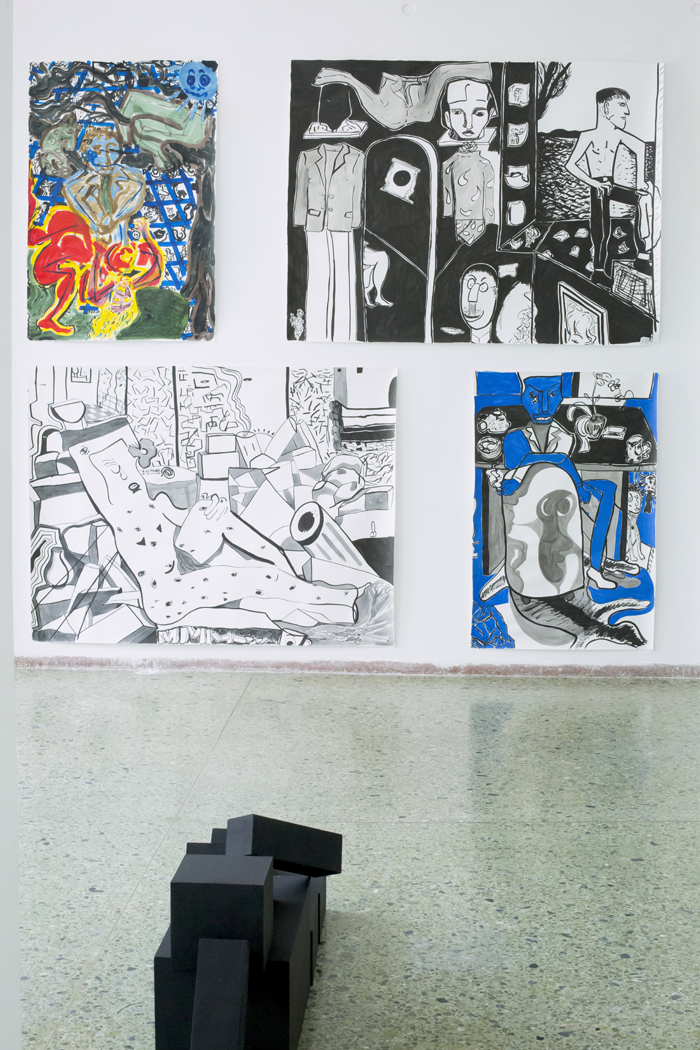 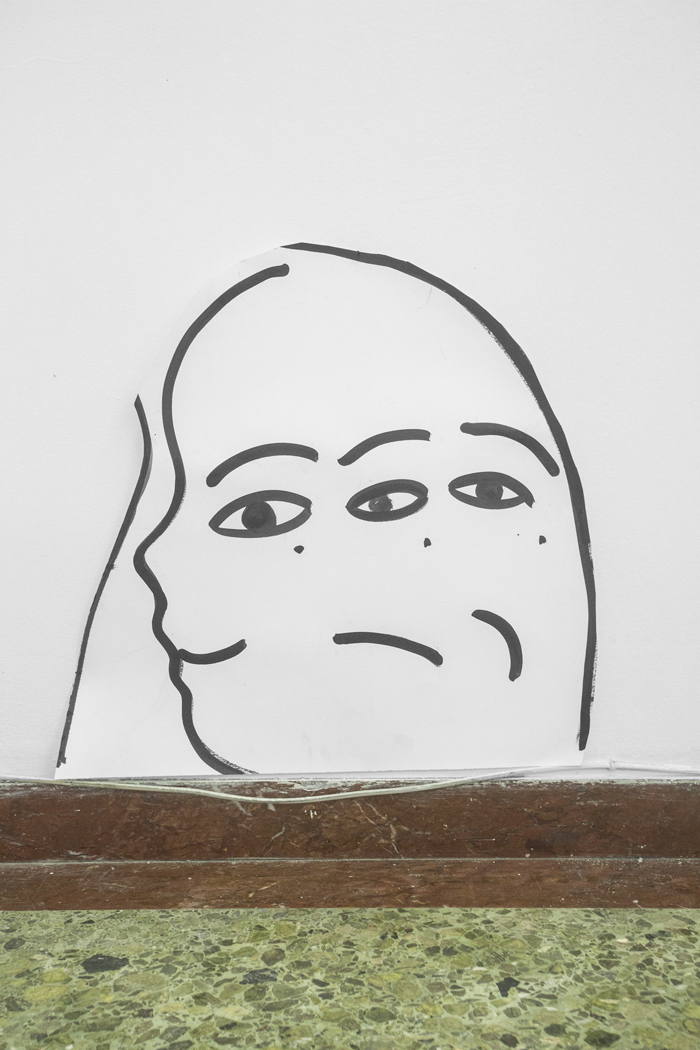 The title of the show is a vague memory from a friend of the artist; a phrase that stayed with Margarita Bofiliou for a long time, until she sourced it and found out that it derives from the classic Greek tragedy Perseus by Aeschylus. The symbol of power, Xerxes, is the infallible king who made the wrong decisions; he built bridges but paid a dear price since he returned defeated.

The works featured in the exhibition are an exploration of the way that symbols are manipulated and personified in contemporary culture, as well as the way power is "dressing" symbols and how symbols represent power.

In his seminal tragedy, Aeschylus is using the profile of the ones that lost in order to accentuate the winners, the Greeks. The artist is investigating this perspective, commenting on patriotism, the self-love of the Greek tradition as well as the notion of symbols within politics, society and its power relations. Bofiliou's work uses symbols, social practices, experience and memory, primeval mysticism and contemporary inwardness as tools for her work. She investigates the way through which the socio-political system forms symbols that can include stereotypes, behaviours and roles to its benefit. The construction and elaboration of human and environmental nature, in conjunction to a personal experience, are also of interest to the artist.


EVERYTHING’S WRONG, XERXES[i]
“Everything’s wrong” is final.  It separates, draws a line.  There is nothing beyond it.  But it also gives substance to what came before even if that has been negative.  But “Xerxes” is the continuation.  Not all have ended yet and I imagine the account of that name as an invocation for non-finalisation, for continuation and forgiveness.  Xerxes wears new clothes and memory is erased.
Xerxes in history is synonymous to wrong.  This phrase is a tautology and is here on melodramatic to accelerate its irony, to be self-deactivated and at the same time it invites another player into the relation of the two ends.  And it becomes dramatic since the participants follow an informal identified rule of the game and that is why the f-act that you are playing is serious and not the game itself (V. Jankélévitch).  The phrase is addressed to someone, to Xerxes, and so it is of social and conciliatory nature.  In the fumes of the union the common feelings that connect the members of a society intertwine with competition and fragmentation in order to create Law, the child of violence, which, in its turn, produces violence veiled as the sine qua non of unity and extermination of negativity.
“Everything’s wrong” is the irony of the end that lighten us, even temporarily, from the heavy ethical and philosophical weight of our culture creating new relations of exchanging elements.  It might signal the return of the infantile age of the social similar to the ancient world.  Facts show that we are taken into a state of slavery, ruere in servitium according to Caesar’s expression, or into nirvana, as in Freud’s, a simple exchange of molecular matter.  Through or in response to that, the object might return, after we have extinguished it since we tried to analyse it, understand it hence to control it entirely (Baudrillard).  Return, as a symbol, and it could refer to a reality less illusory, in the perceptional sense of the real as a forced unification.  And then we can again perceive reality as random and undependable.  This might lead to a new, reformed system of the relations of the signs that can be wrong, in the sense of negation, of negative, of the acceptation of the irreconcilable duality.  A new mythology based on the new social relations, whose form tends to be, or is, iconic, and on nature, which became an entertainment product, a value.  We are now the mythology of the future.
The body is present even with its absence.  Space is the gap that the body has left behind.  It acts or reacts predominantly inside the social.  Events and impressions, conventions, symbols, and how these are dressed (up), fragments of sensory reality.  Time is bridged and boundaries are blurred creating relations instead of choosing one form of rendering meaning.

[i] “Everything wrong, Xerxes” was recited in Aeschylus tragedy “Persians” (translated by Eleni Varopoulou) and directed by Dimiter Gotscheff , and was performed in Epidaurus (31/7/2009 and 1/8/2009).