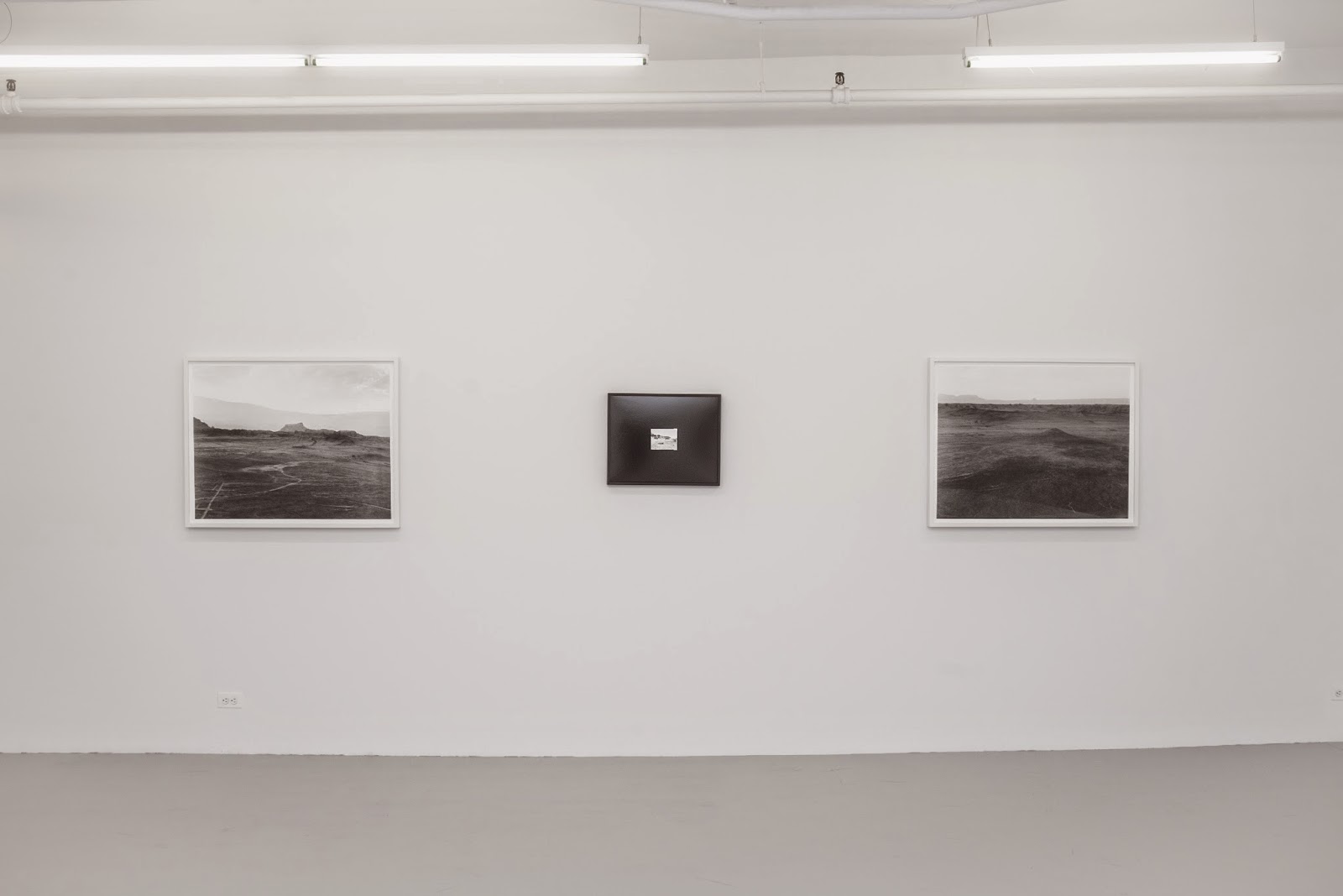 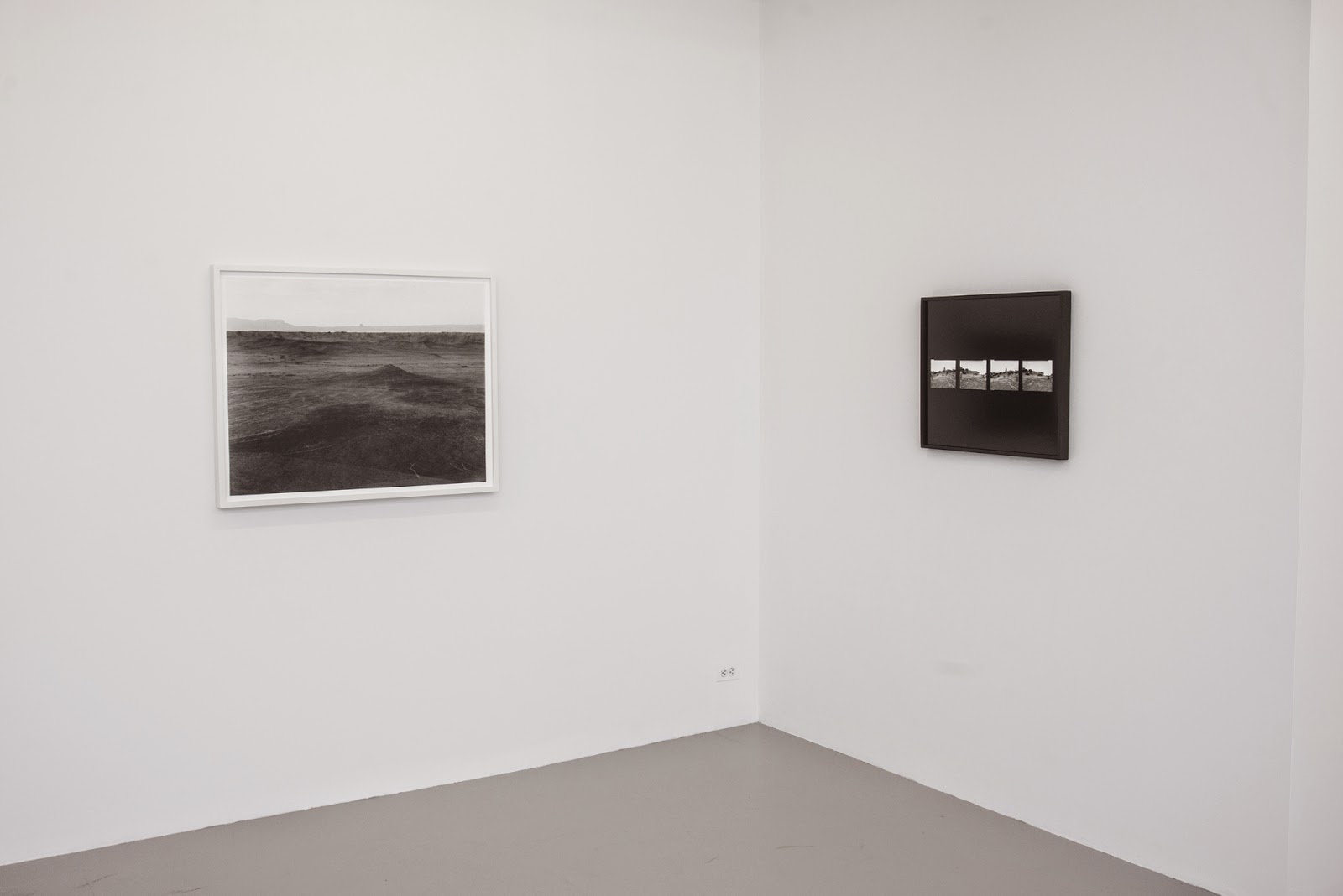 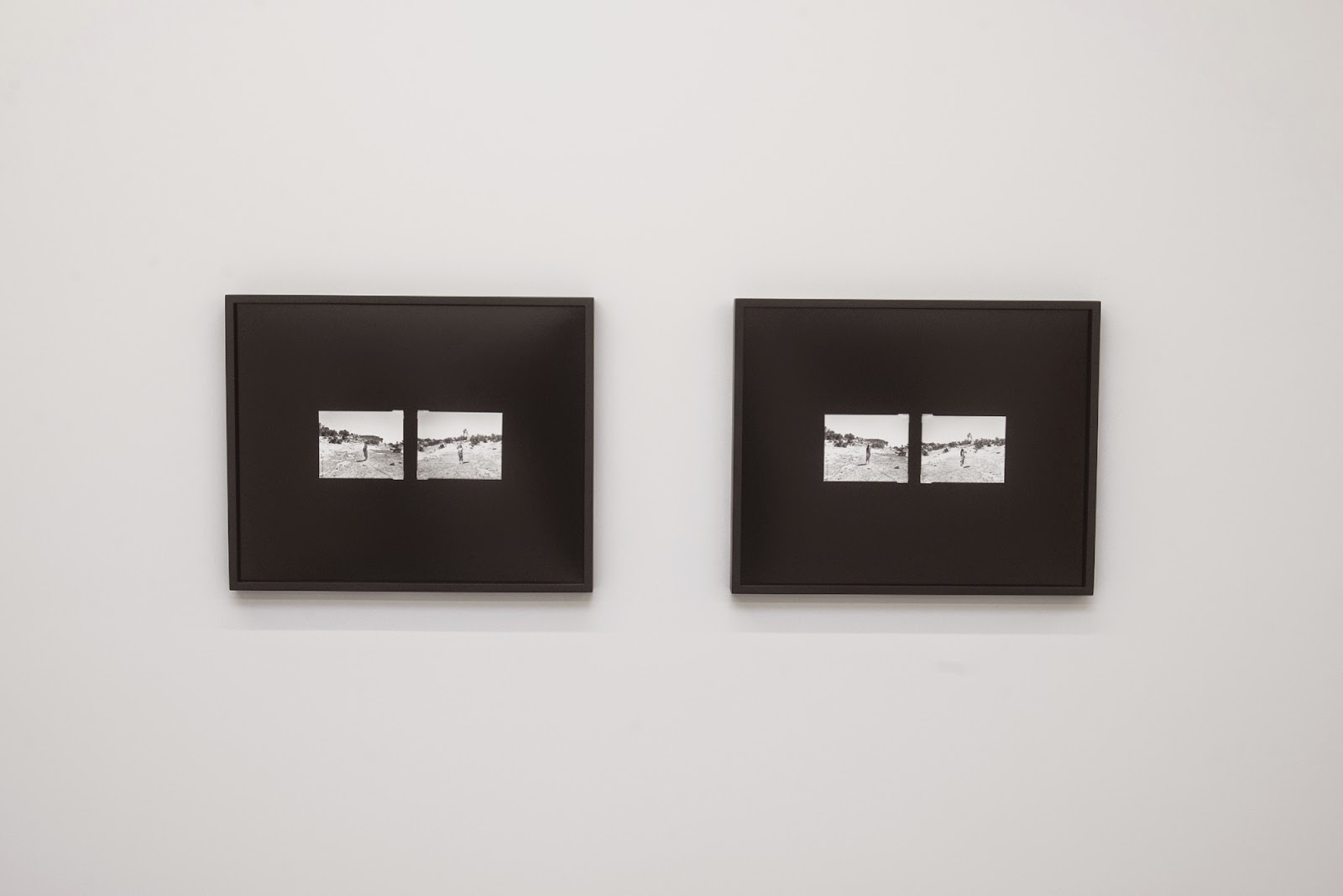 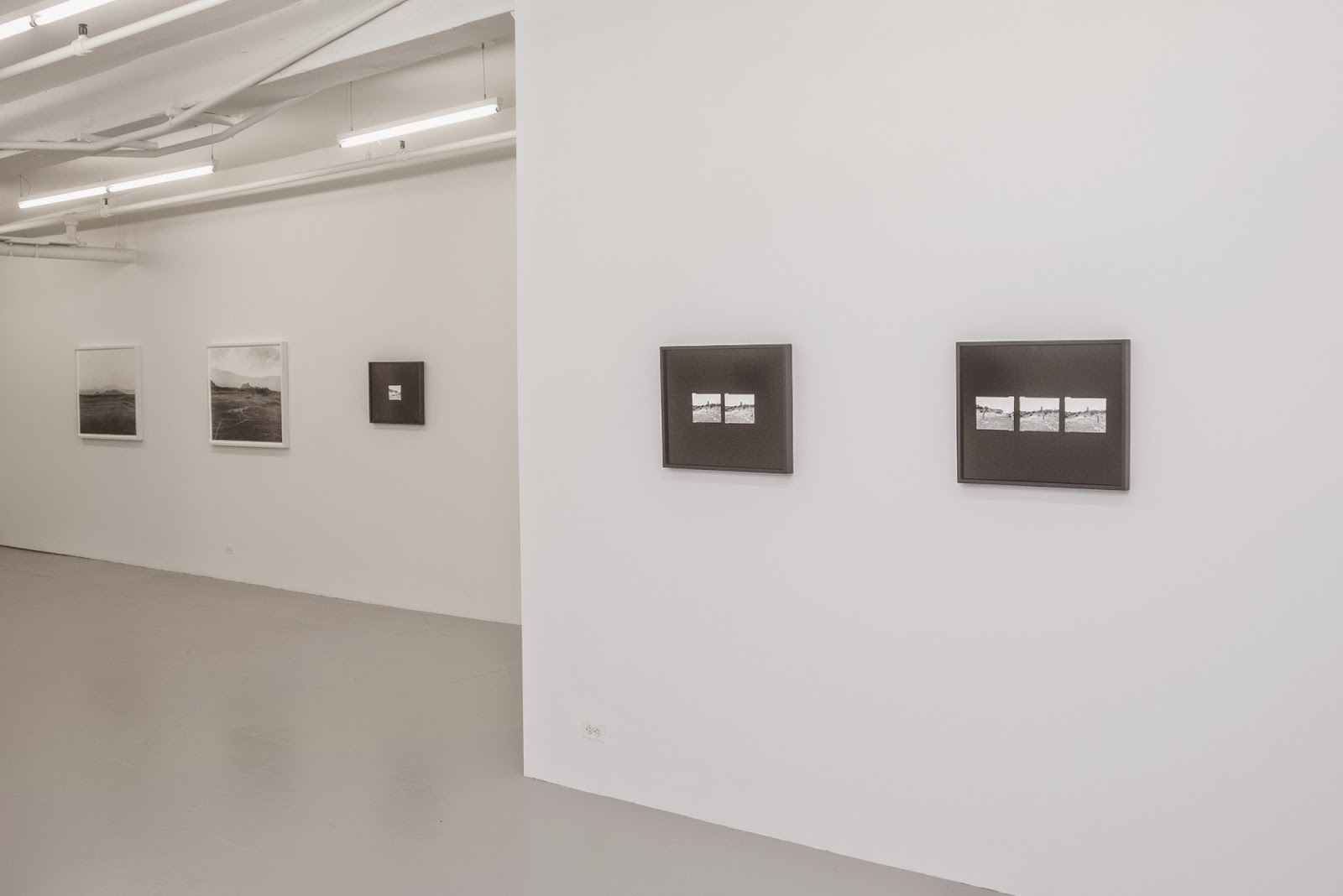 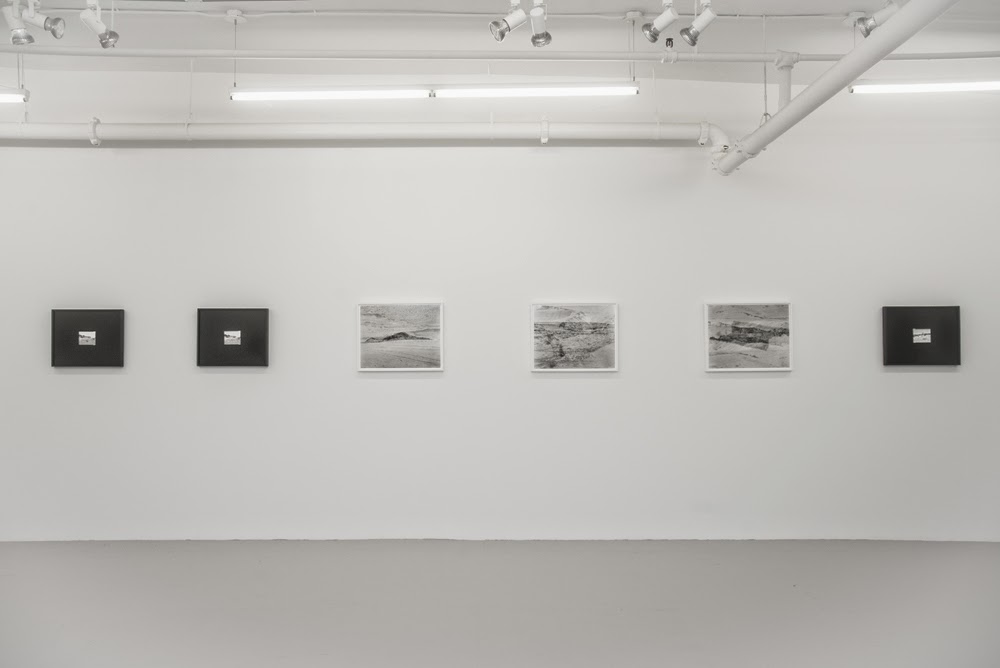 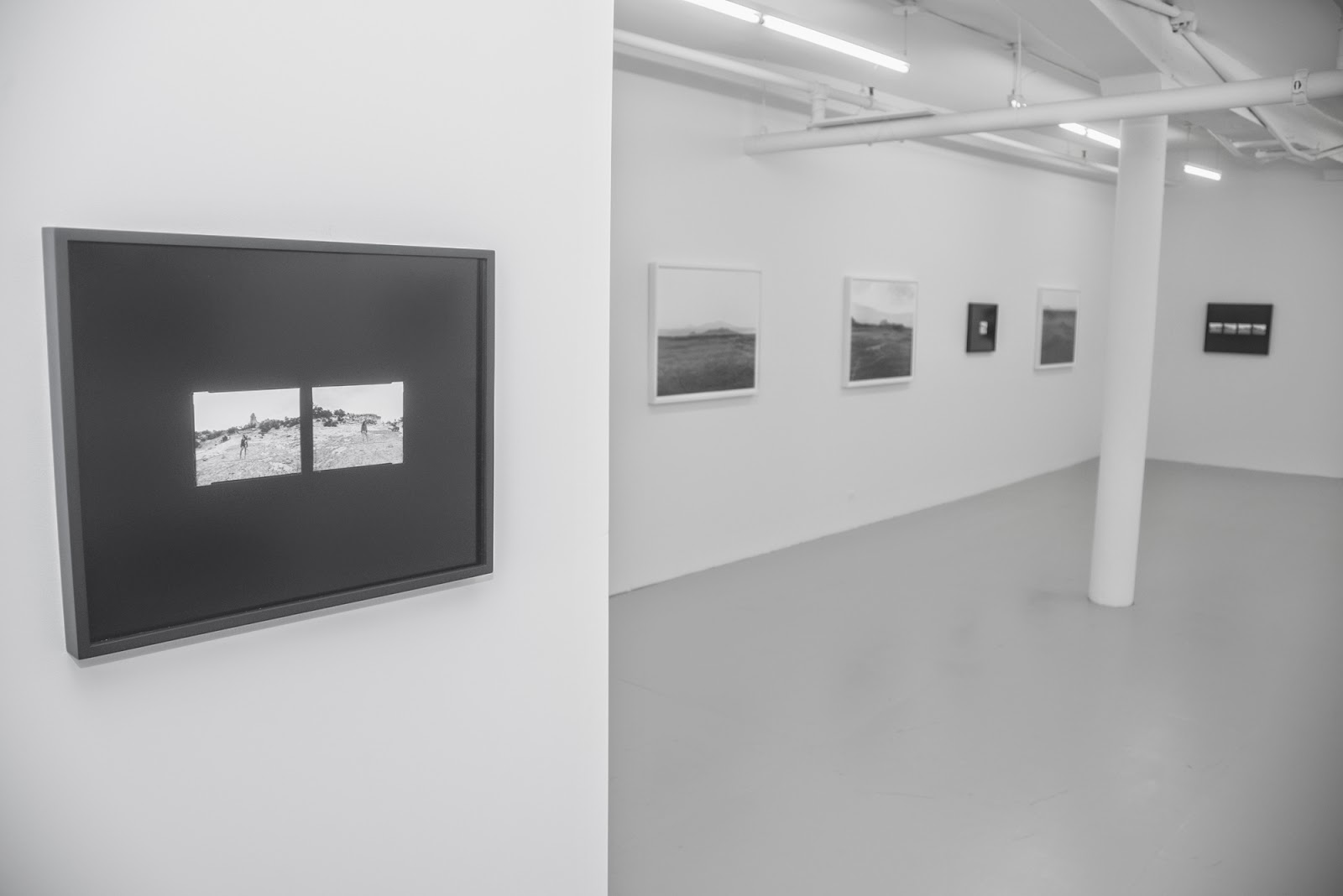 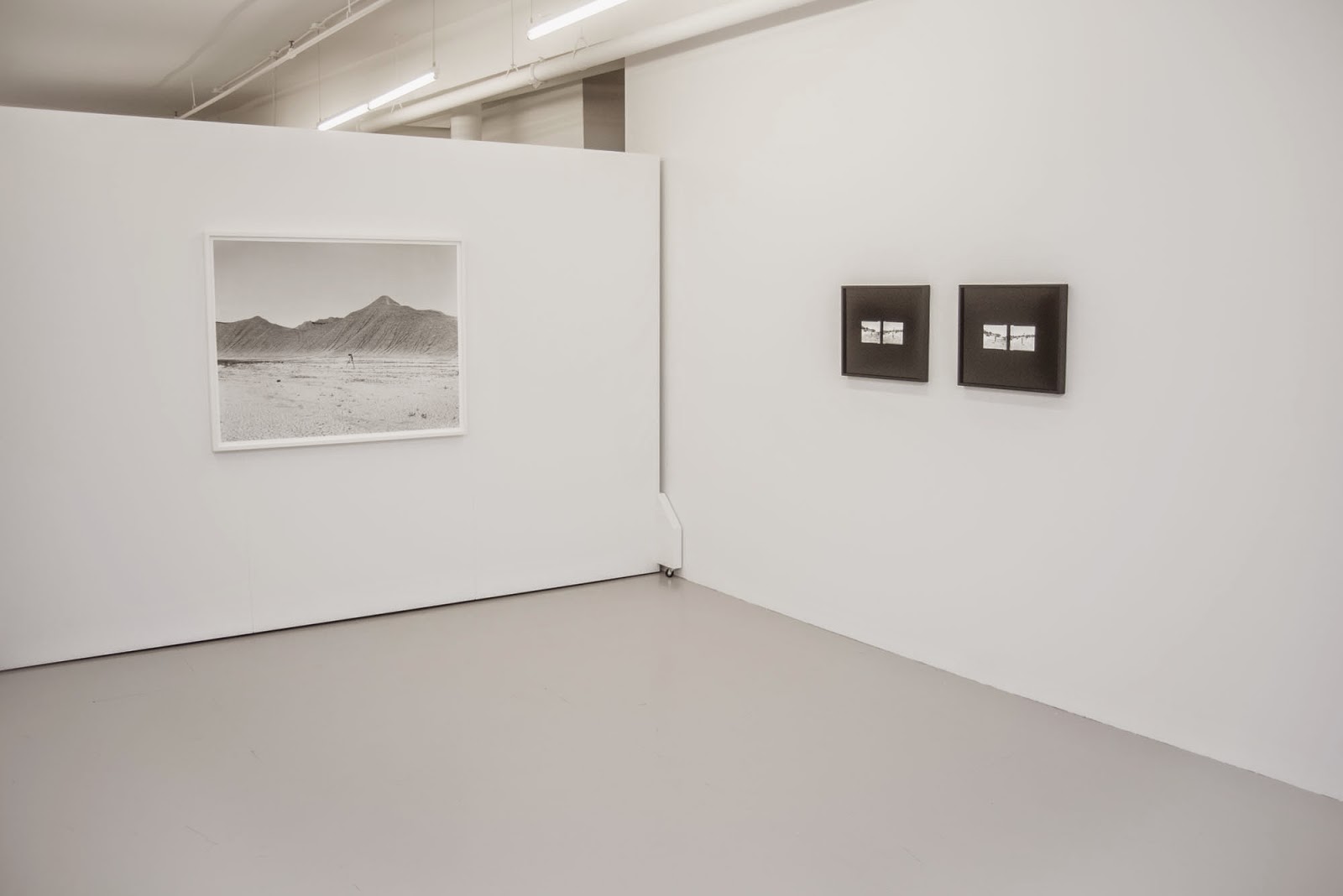 Capricious 88 is proud to present Katherine Hubbard’s most recent work of black-and-white silver gelatin prints shot in southern Utah, entitled Four shoulders and thirty five percent everything else. A site she has explored for the past three years, the works set the stage for play between performance and image — placed within a desert landscape marked by sight lines that delineate the field of vision between two facing cameras. Hubbard uses her body to mark the space and depth of the landscape-stage while simultaneously marking the film plane.
A series of black-and-white landscape photographs made with multiple exposures and the compression of numerous points of view into a single frame will be shown in conjunction. Each image becomes a point of consideration in asking how we may look at land now. Four shoulders and thirty five percent everything else. is of the belief that all looking is political, as each person does not see the same thing.

Katherine Hubbard is an artist who lives and works in Brooklyn, New York. She is a photographer whose practice incorporates performance, sculpture, clothing, text and video. Her performance, A thing and its thing-ness. It’s all just nouns and adjectives baby, 2013, a deconstructed opera in response to historical invisibility was presented at the Museum of Art and Design in New York. Additionally, Hubbard’s work has been exhibited internationally at Renseriet, Stockholm, Sweden; University of Maryland Stamp Gallery, Maryland; Higher Pictures, NY and Murray Guy, NY. Hubbard maintains an ongoing collaboration with A.K. Burns exploring the history of queer esthetics, iterations of which have been exhibited at Recess, The Brooklyn Museum of Art and The Museum of Modern Art, all in New York. Recently, Hubbard and Burns have exhibited their collaborative works in NYC Makers: The MAD Biennial at The Museum of Art and Design, Walk-ins Welcome at Marlborough Gallery and As We Were Saying at The Elizabeth Foundation for the Arts, New York. Forthcoming in 2015 she will present Small Town Sex Shop, a conceptual clothing project in collaboration with Savannah Knoop at Recess, NY. Hubbard has an MFA from the Milton Avery Graduate School of the Arts at Bard College and is currently part-time faculty at Parsons The New School for Design.