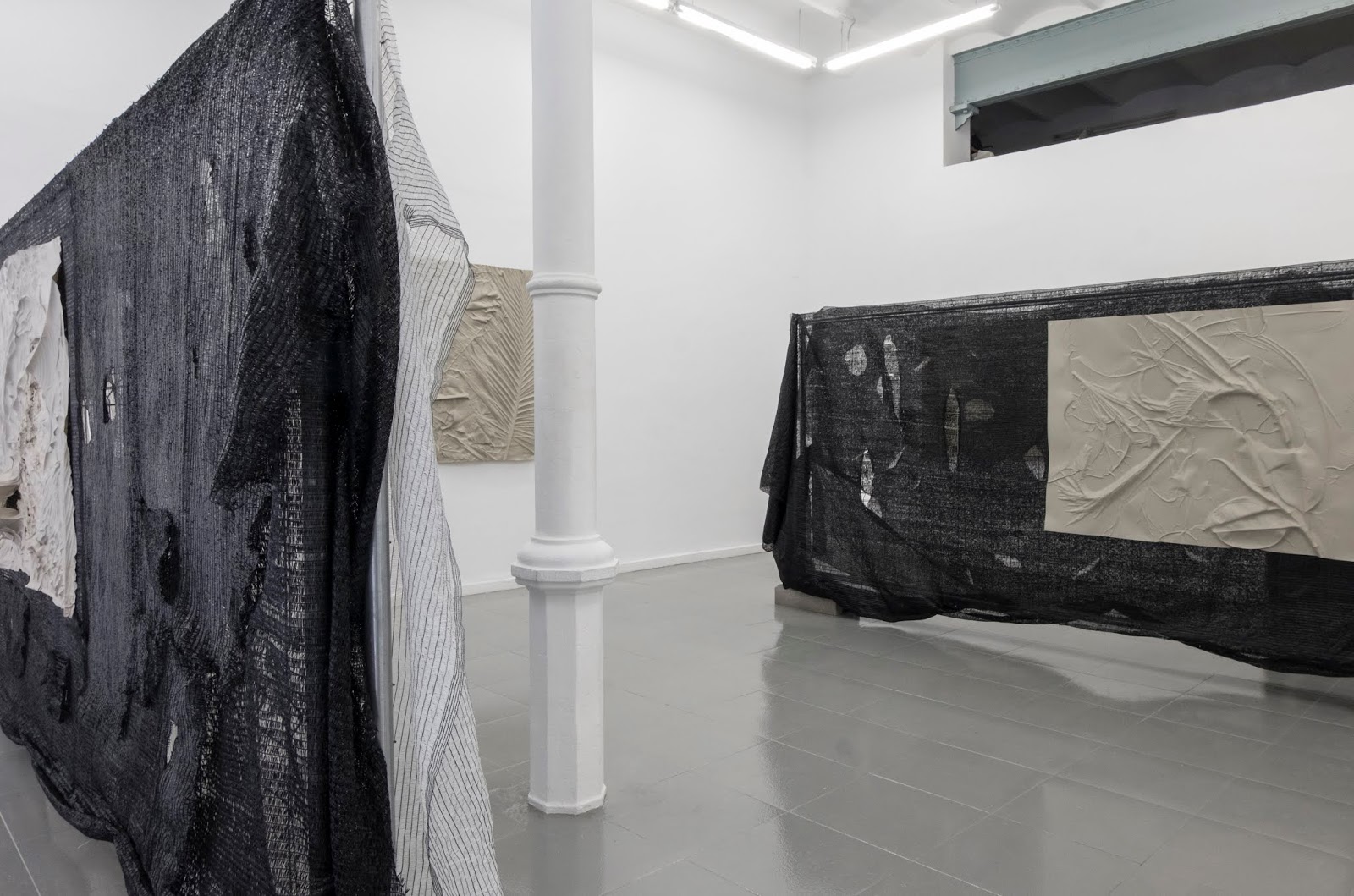 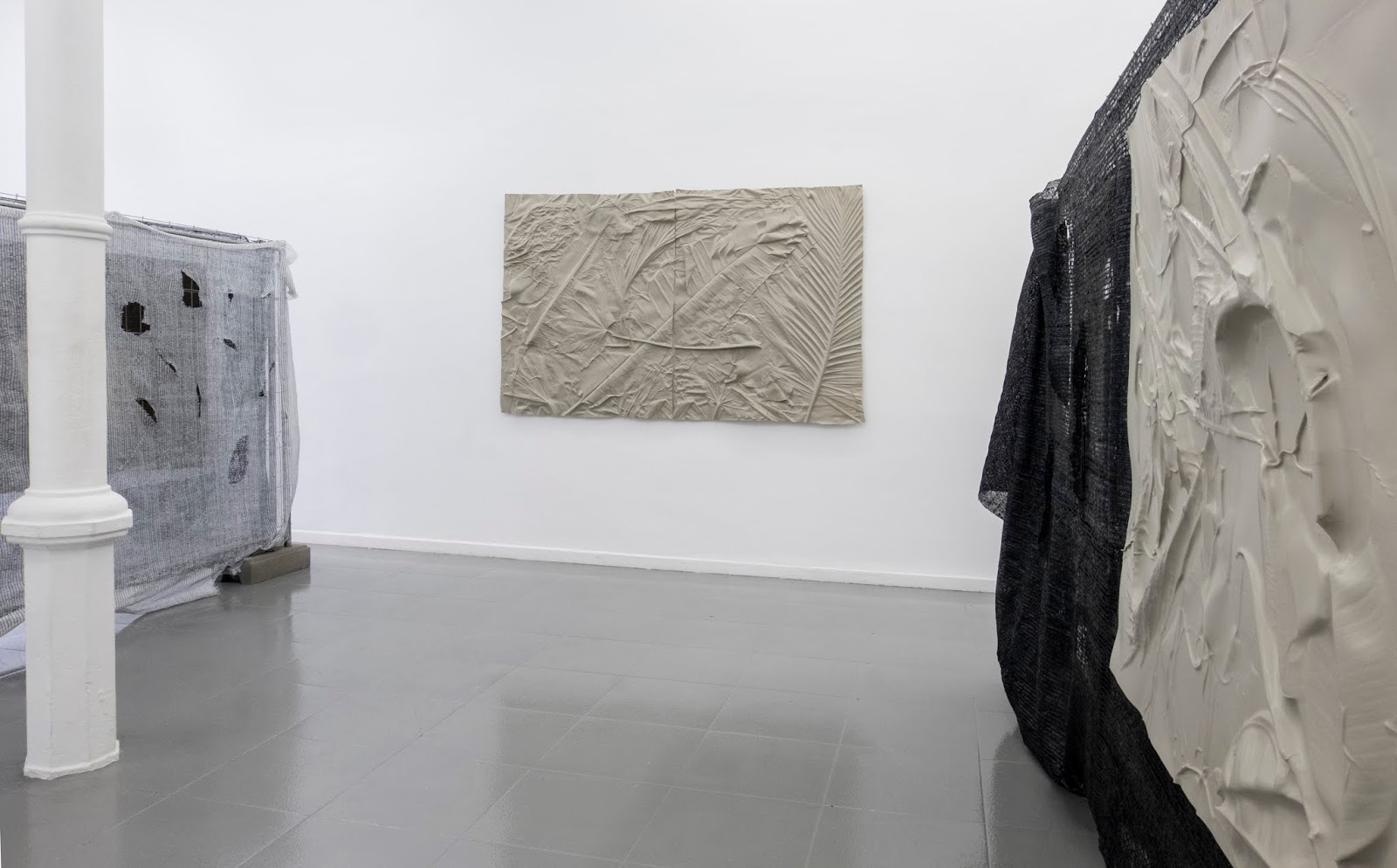 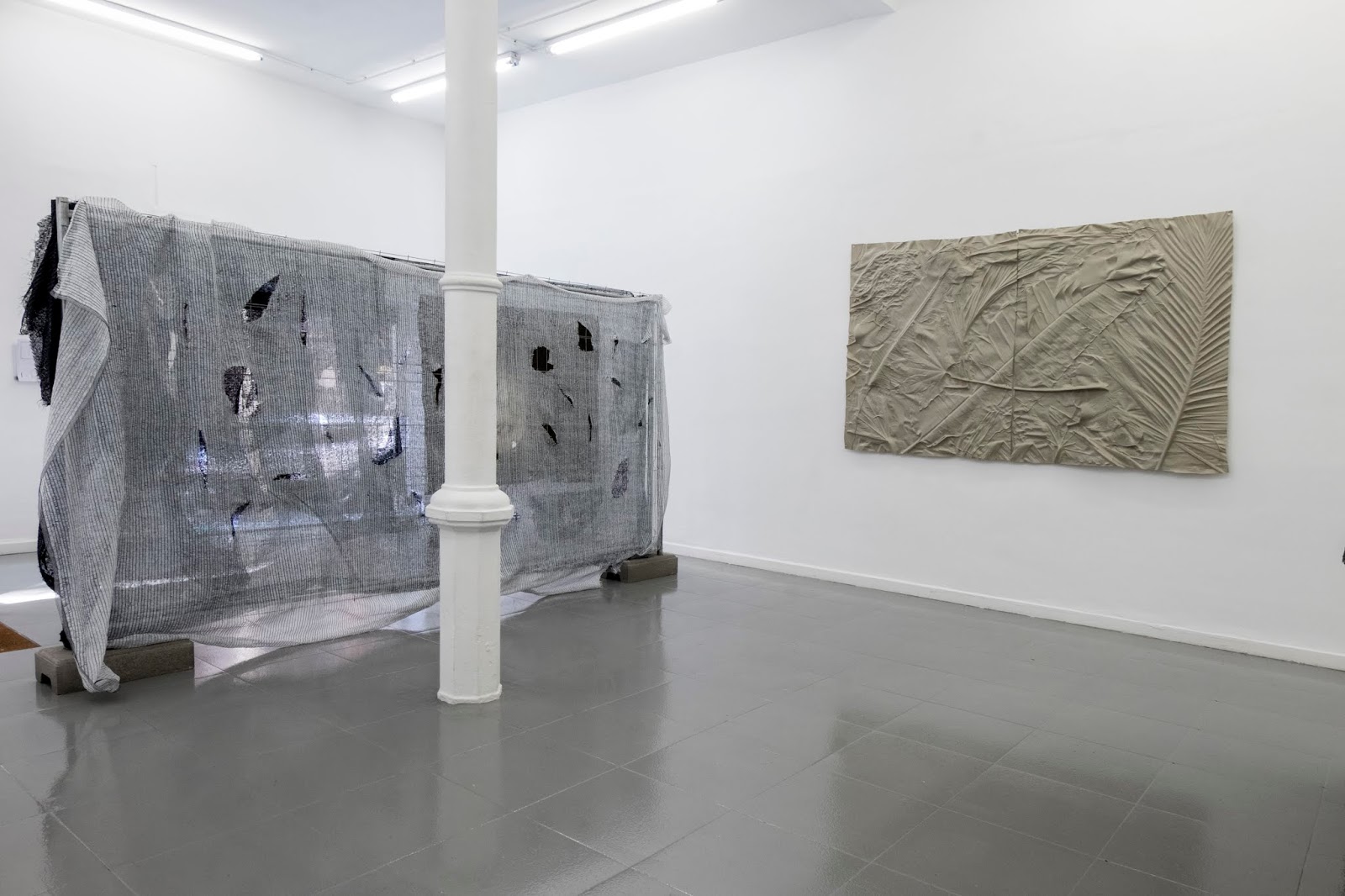 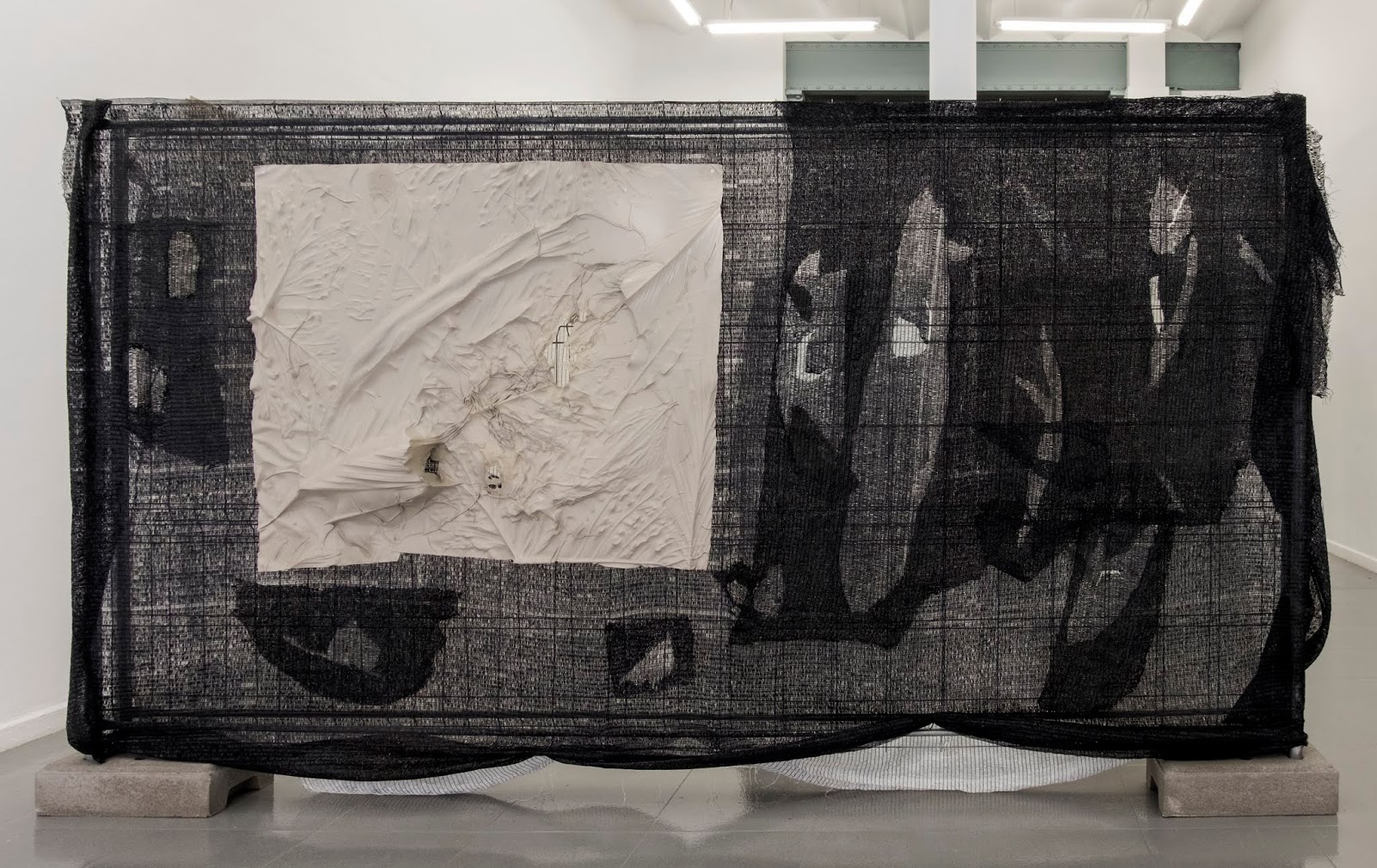 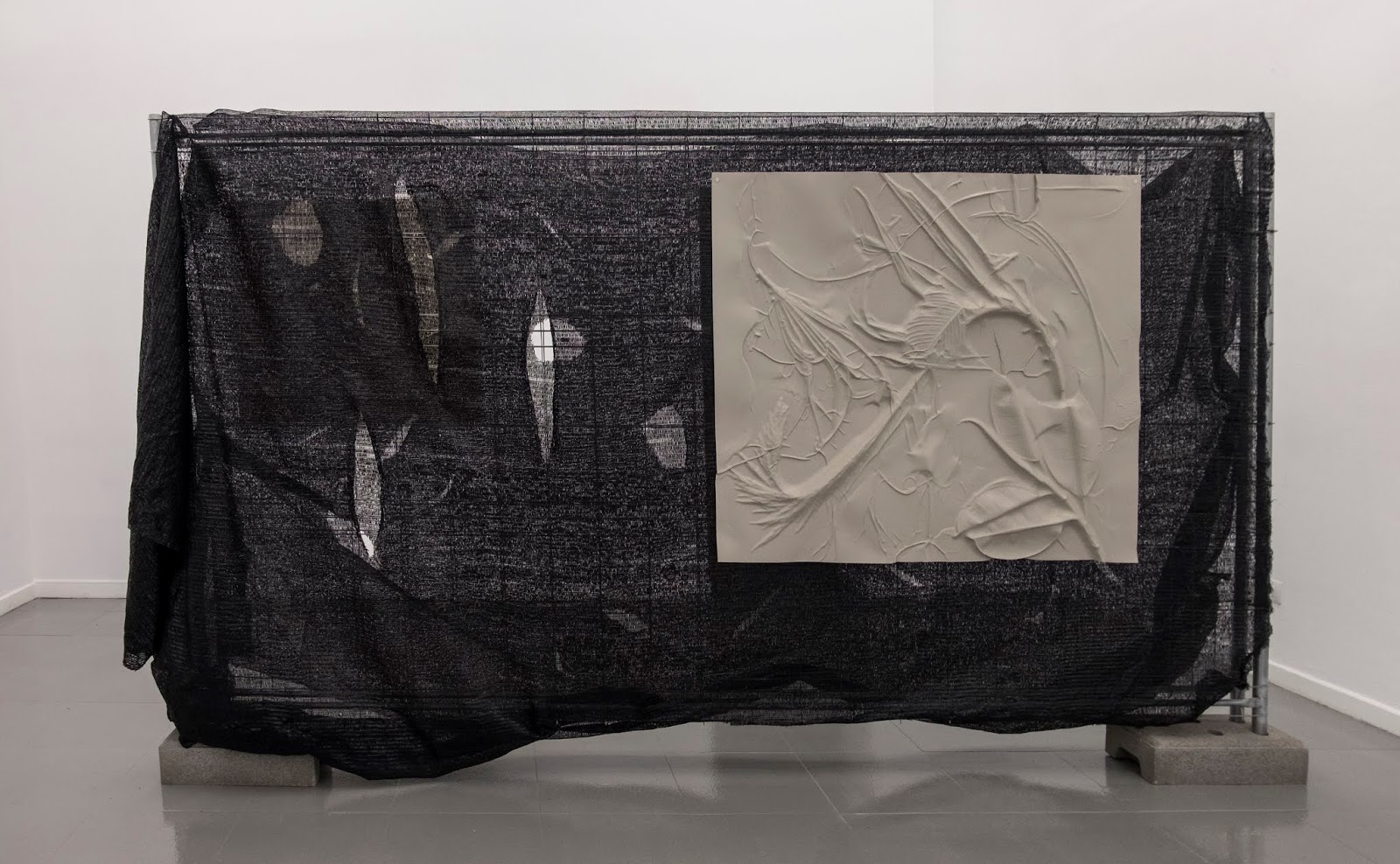 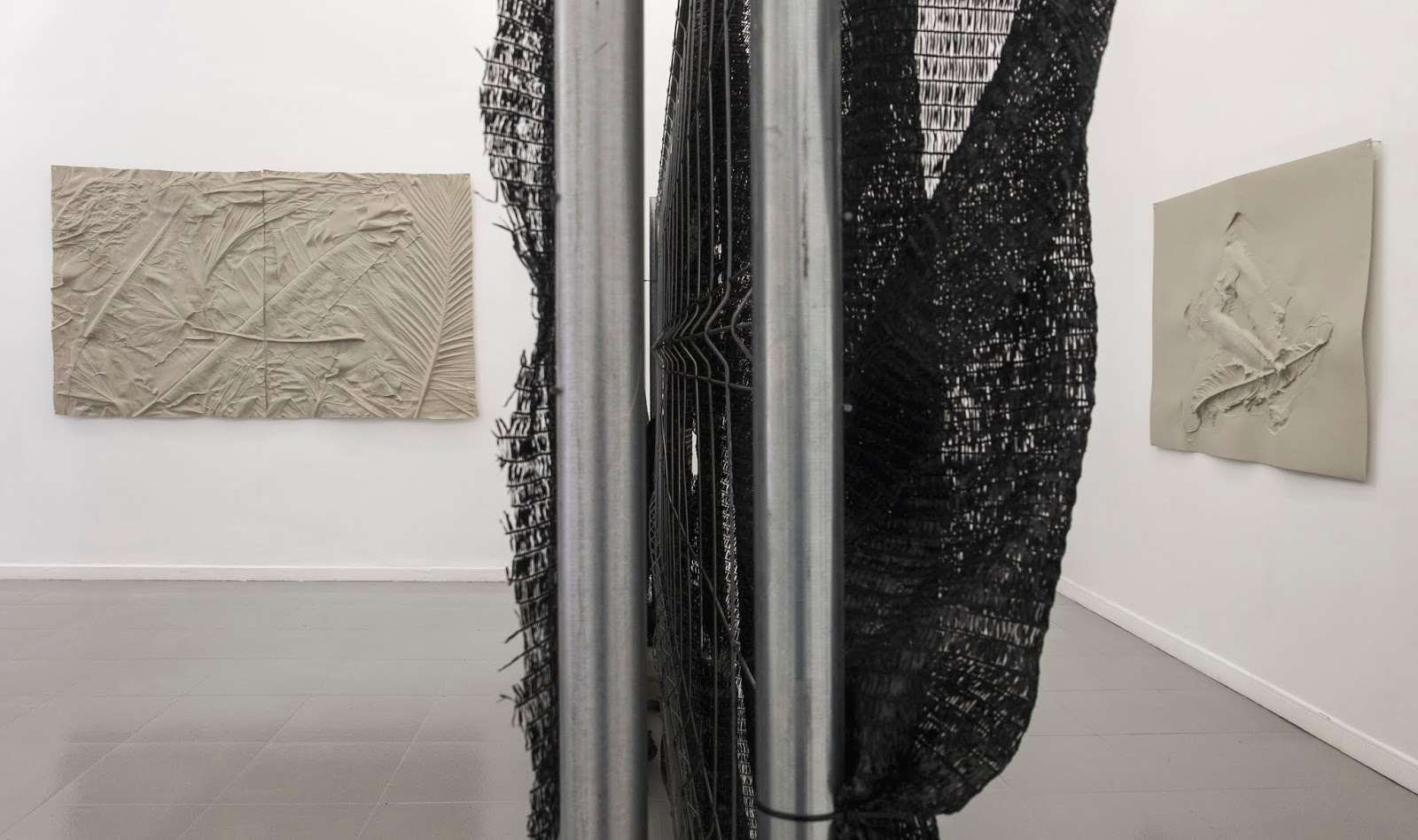 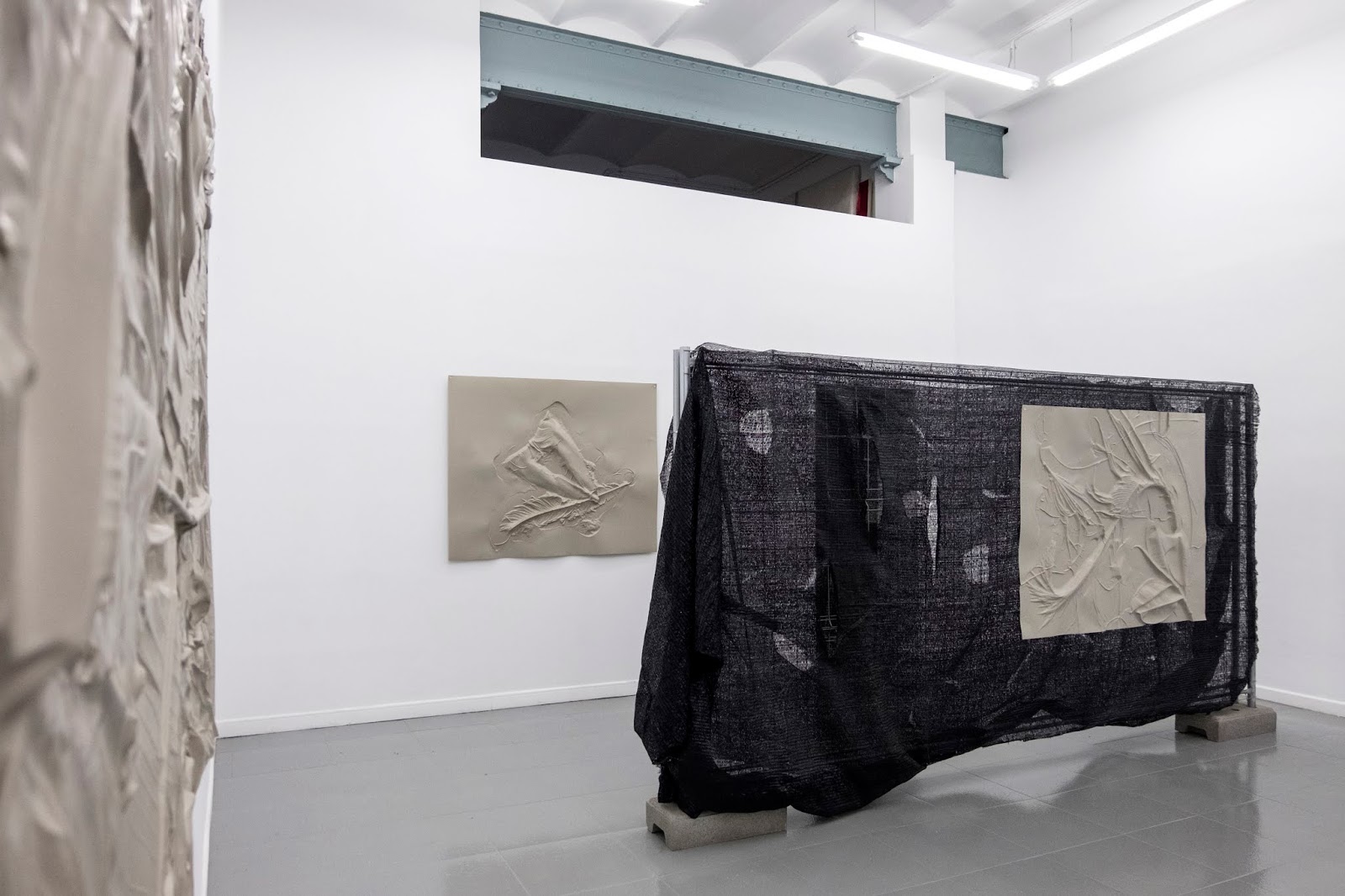 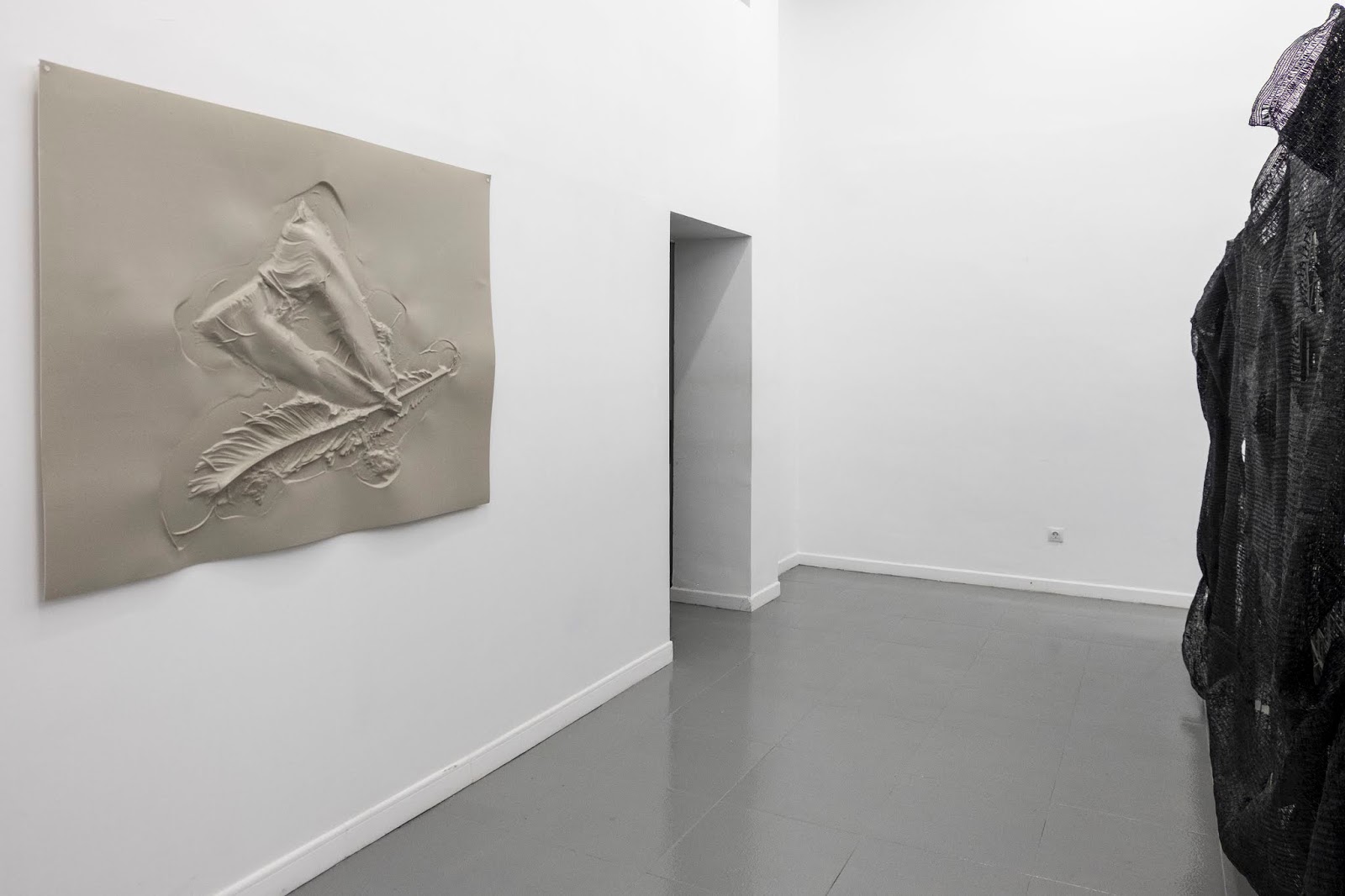 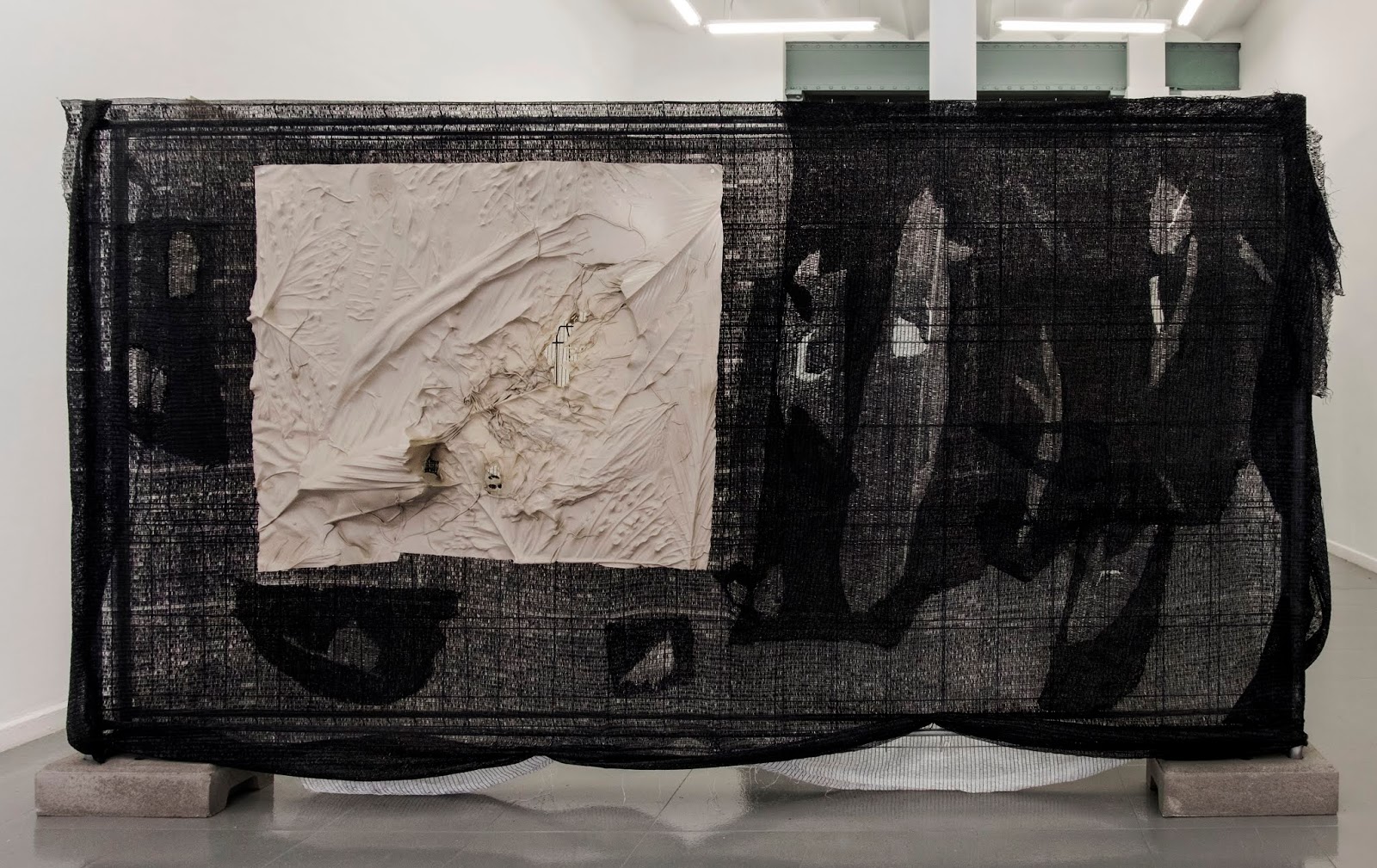 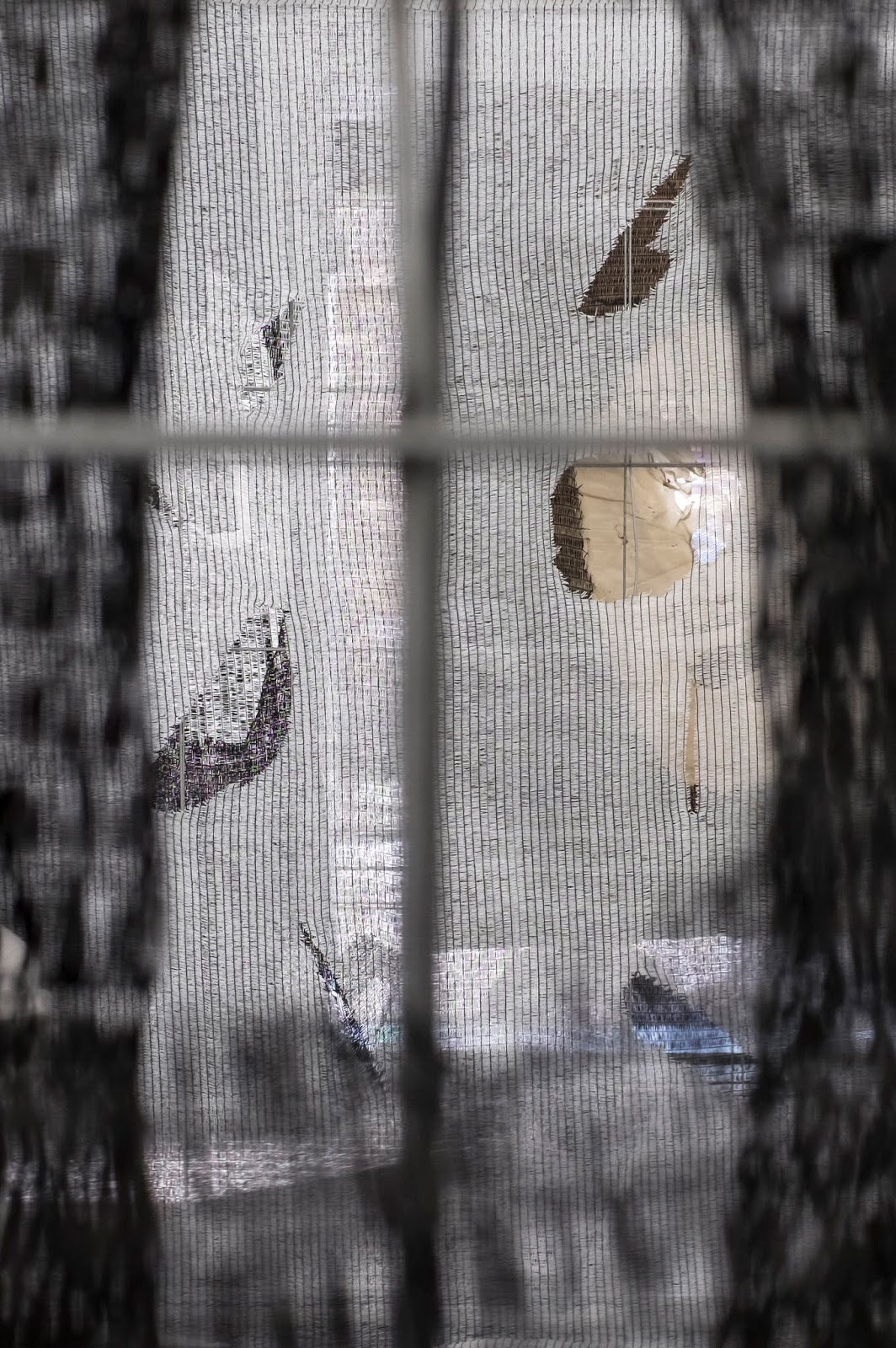 “The equatorial sun pierces a cloak of anarchist leaves, and the rambutans overflow their nectar of ripped fruit” Kentia Howea wrote. “And what an amazing itinerary, the solar radiation, passing through the universe, traveling in my stomach like atoms of naná naná”. (1)

Kenta is ethnobotanist, she works for a multinational company dedicated to the export of tropical plants. I contacted her about her publication “The nutritional value of indoor ornamental plants”, and some days later we met at the head office of her company. I came late, a “medicane” hit the area and the plane arrived with delay. After greeting one another, we took a glazed elevator with a view over the sea. Once in her office, we settled down, and from my chair I manage to see a part of the city. A big desert extension opens up between canals and wetland. The overview is contrasted with the coldness of this first moment. When Kentia received a call, I took advantage of the impasse to discreetly take some pictures: commercial catalogues on the desk, a couple of issues of specialized magazines and samples of exotic species. From these images, I transcribe this text:

“ ...due to its unusual form, and its beautiful and bright colours, the Strelitzia Reginae is not just the interior designer’s favourite, it’s also a popular symbol of heaven. It has a unique flower that looks like a colourful flying bird... It is commonly used as an interior plant for decoration, especially in hotels, restaurants, offices and homes. It grows better in a temperatures of 20-30 °C, with high humidity and shade”...”It sprinkles a rooting hormone in the open cuts. It starts the watering program some days after settling the cut. It provides a first class fertilizer the spring after... The growing stops if it is under 10°C and the freeze kills it... It starts to bloom in the third year in ideal conditions, and lasts another year more for the fruit to be ripped. It is strange that it flourishes indoors. It can be transplanted by cutting a slip of the ripped plant, or by layering...”

When she finished her call, we started talking “Plants are essential for our survival” Kentia started saying this. “They provides us food, fibre, construction materials, combustibles, and pharmaceutical products.” she continued. Later on she mentions a scientific study “that shows how including interior plants in the workplace not only reduces fatigue but it also reduces the number of colds, coughs and sore-throats that are transmitted in the office. Furthermore, “we know that plants increase the level of attention and concentration”. In my mind I think: we are screwed! Getting the plants to work in order to have a better capital flow. In my apartment there is no plant that survives, maybe that’s the reason why I don’t lack any extra mental clarity! I think to myself.

After chatting for an hour, Kenta invites me to visit the plantation centre of the company located some kilometres away from the city. In there, we enter a labyrinth of plots of land. The fences and the greenhouses form a capricious truss, a little bit chaotic, maybe due to the effect of the cyclone. A soft and wet breeze blows through the meshes hung in the plots. We went through the greenhouses between seedbeds of bulbs and rhizomes, plantation areas and rows of plants waiting to be loaded to containers. Here and there, there is an accumulation of foliage, leaves and entire plants cut in half. Between the mud, arise some fluorescent yellow labels; carried here by water and stuck one to the other. In an attempt to decode the text, I see the names of species obliterated now by the order that the tropical cyclone imposed. Like the wind that spares centuries of taxonomy and objectivity, we go from one place to another. Meanwhile, Kentia continues to explain me:

"Bracted flowers, perfect, and more or less zigomophic. The free external tepals, more or less equal, linear or scarcely lanceolated. The specialized internal tepals: more or less with fused sides, the free or connate media only basally. Filiform filaments, linear and tetrasporanged anthers... Cigomorphs, perfect, lonely. It is multiplied by seeds and rhizomes. Then, the lip of the perigonium, erect or patent at the beginning, folds over its middle nerve or overturns forward, closing the entrance...Thus, the fruit begins to develop and the perigonium falls off. Large, leathery, shiny, cordate leaves ... "

Around us, anti-bird, anti-plant and anti-insect nettings arise and pile up like rugs in a bazar. Located in a shed, a vending machine provides us with two shakes. The talk leads to my artistic ‘investigations’. For me, I tell her, “to make an artwork is a delirious process, it is like to weld on a physical plane the mismatch that flows in my brain, body and breakfast...” Material substances circulating, fluctuating and decomposing in front of my eyes, I want to turn sculpture into something performative” and I continue... I feel my explanations make it harder to digest the fruit shake we are having. It has already begun to cause cramps in my stomach. I think in vomit, in dubious substances, in the patina of information that greases my projects, ¡What an indigestion!... that I associate now to the struggle of ‘medicane”. I will know, after going home, that is the way how tropical cyclones in the Mediterranean are called. From that conversation, the felling of saying too much, I’ve been left with a cocktail of sentences... “consistent assemblages... unlike that flow of merchandise in sea containers, that before getting to place, it rots”. Pure philosophy. Such a magnetic situation that deserves some lines from Proust “the gothic araucaria had come to diversify those wild rocks also, at the appointed hour, like those frail but hardy plants which, in the polar regions, when the spring returns, scatter their stars about the eternal snows”.

I tell Kentia about my crepuscular walks, of how I’ve been going for months to boulevards and interior architectures with the only aim to “accumulate” tropical leaves. They come from terraces, restaurants, from my hairdresser... I show her different images in my phone and some coincide with the species around us; the ones that in a few weeks will cross the ocean in shipping boats.

She asks me now for the book that I have on me. I show her and I think: How do I explain her that I’m trying to revert botany? Meanwhile, the phone rings insistently... Fairchild Tropical Garden has made an order of Venezuelan palm trees, a shipping of Alocasias has been lost in Xishuangbanna. It is reflected on the windows of Bahia Hotel... in the Southeast coast of California and in the port of Rotterdam...

She finishes the call and picking a random page of my book, Kentia reads “ To call «Diverse» all that up until now is foreign, unusual, unexpected, surprisingly, mysterious, loveable, superhuman, heroic, and even so divine, all that is Other. Exoticism tends to be «tropical».. Coconut trees and torrid skies. Starting with the sensation of Exoticism to energetically get rid of the banal: the coconut tree and the camel. To move to the delicate flavour and taste it with ecstasy”...