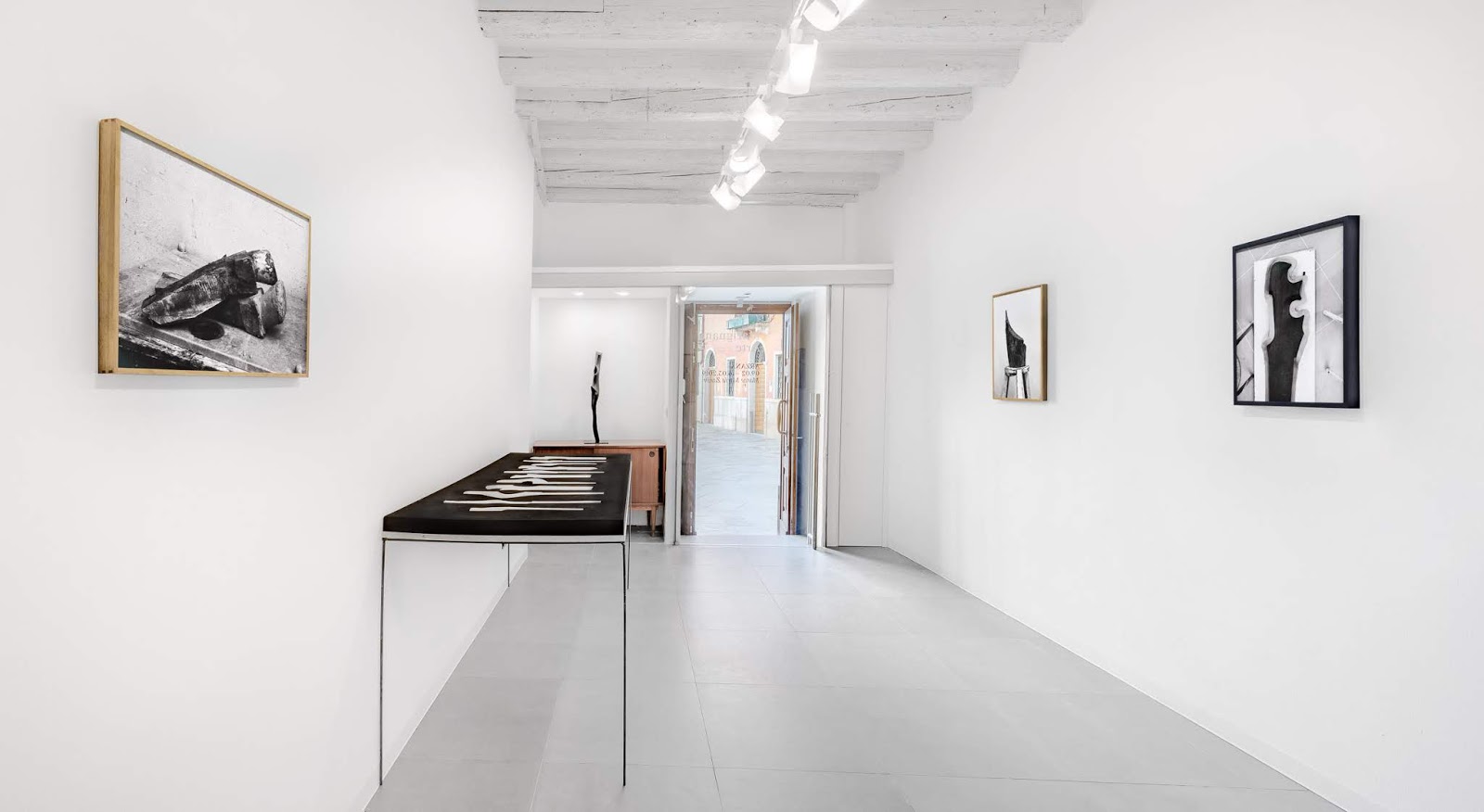 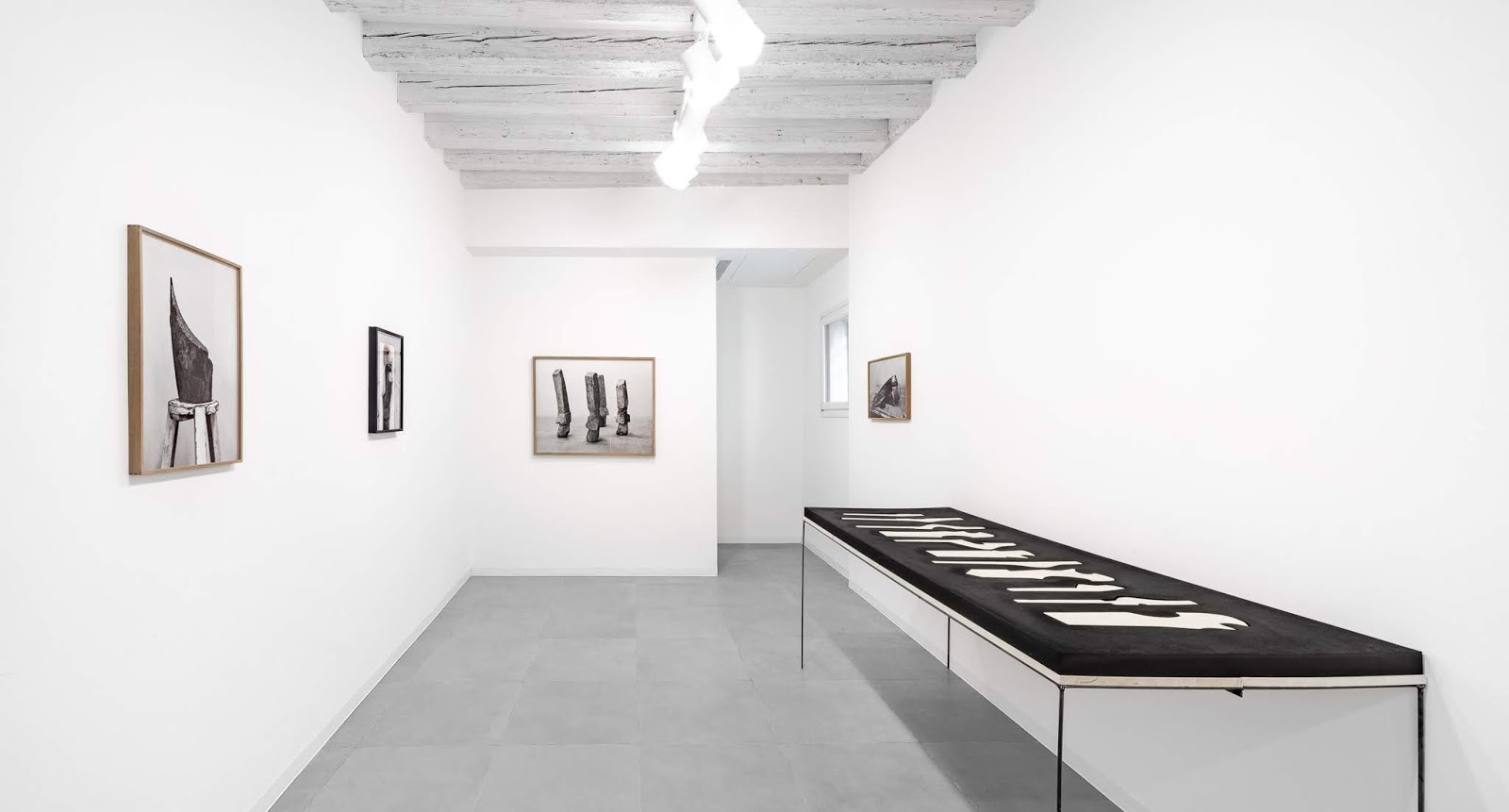 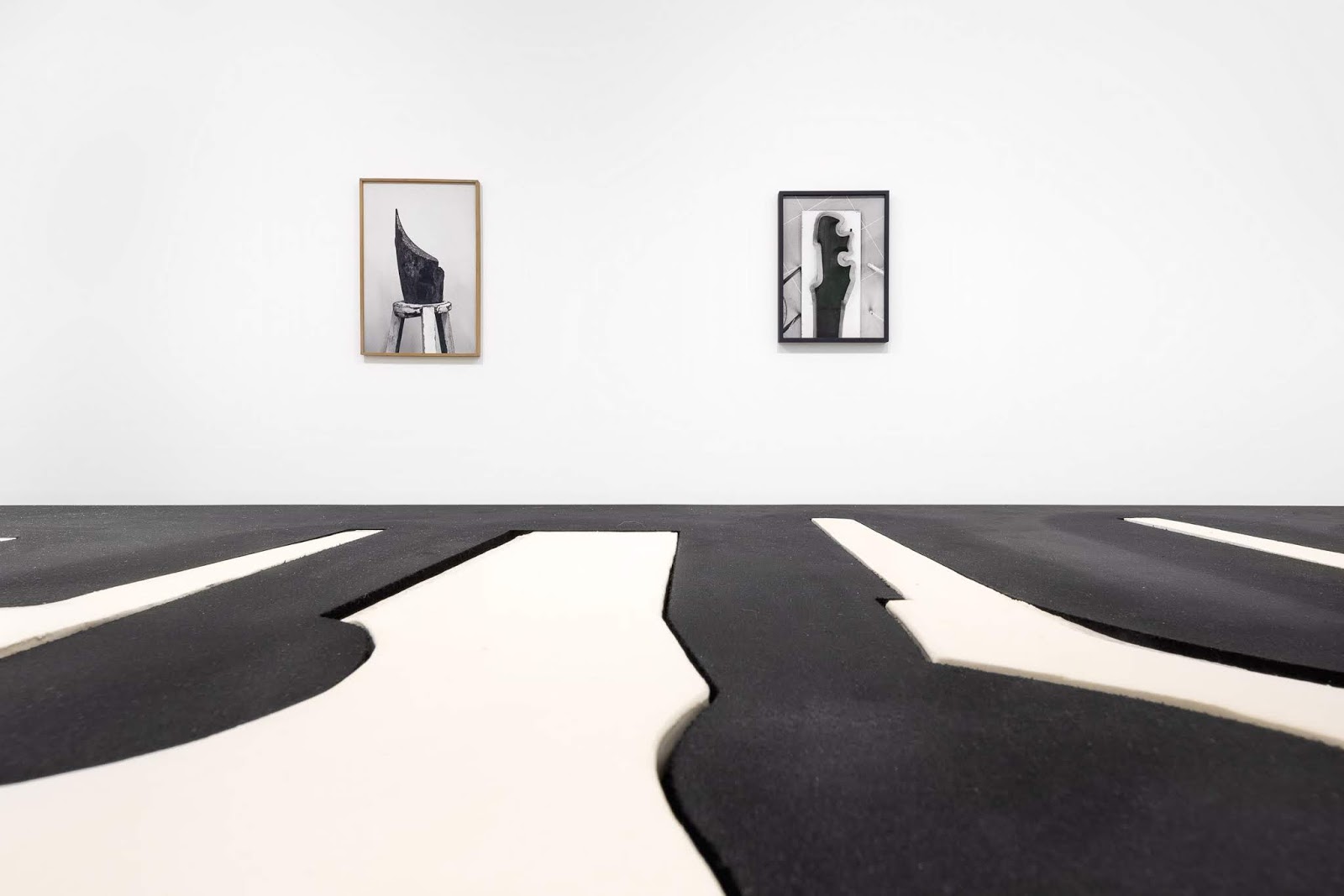 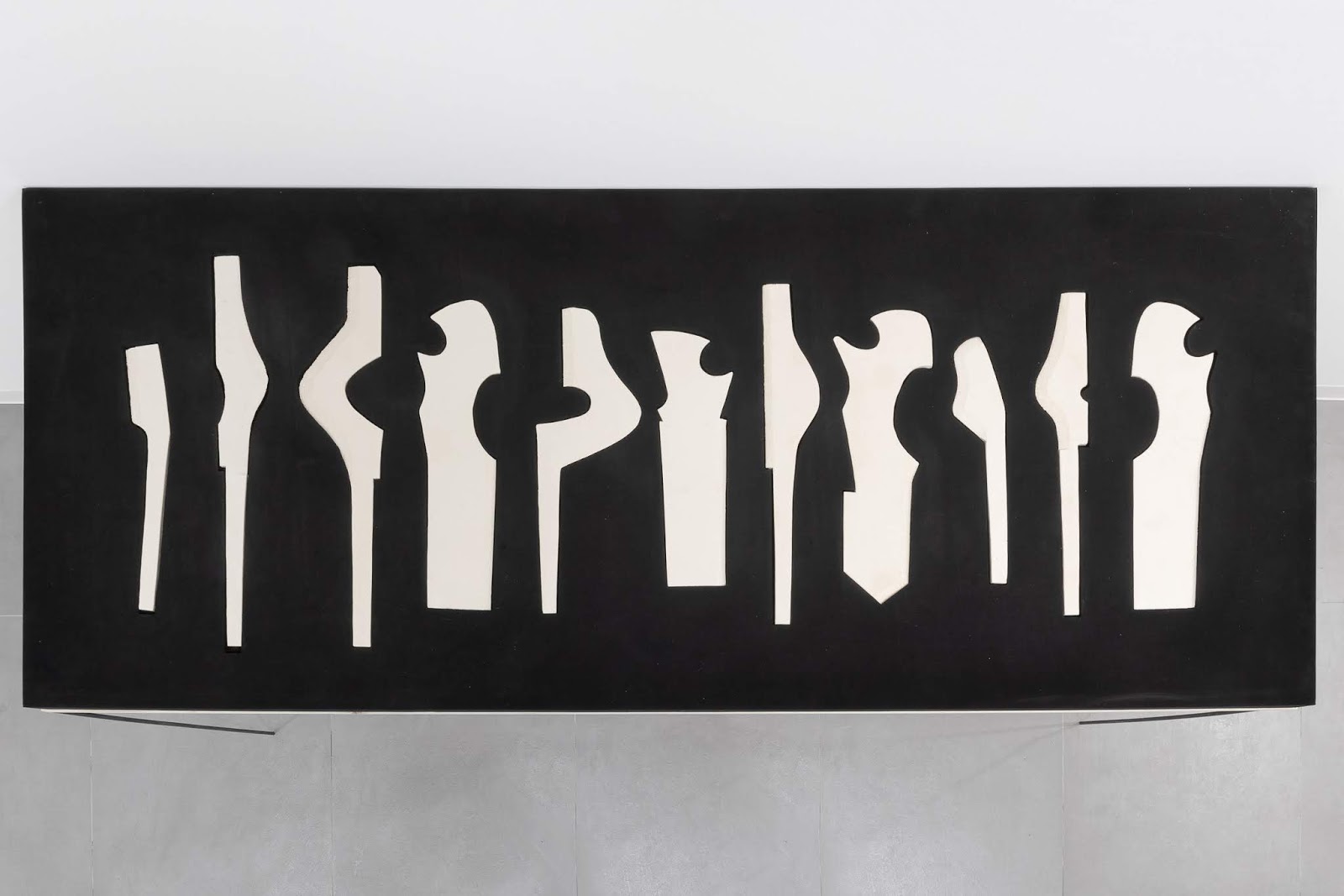 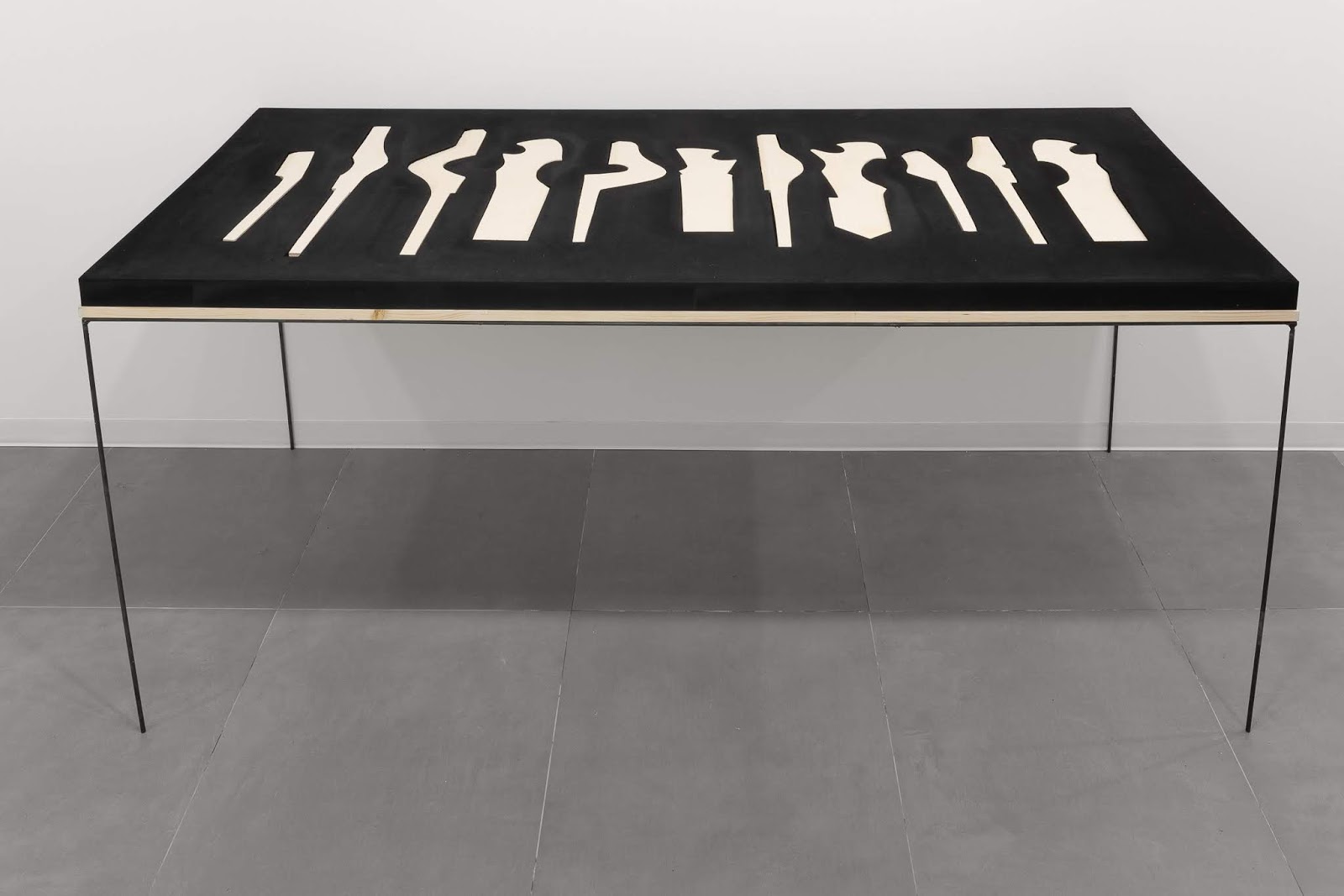 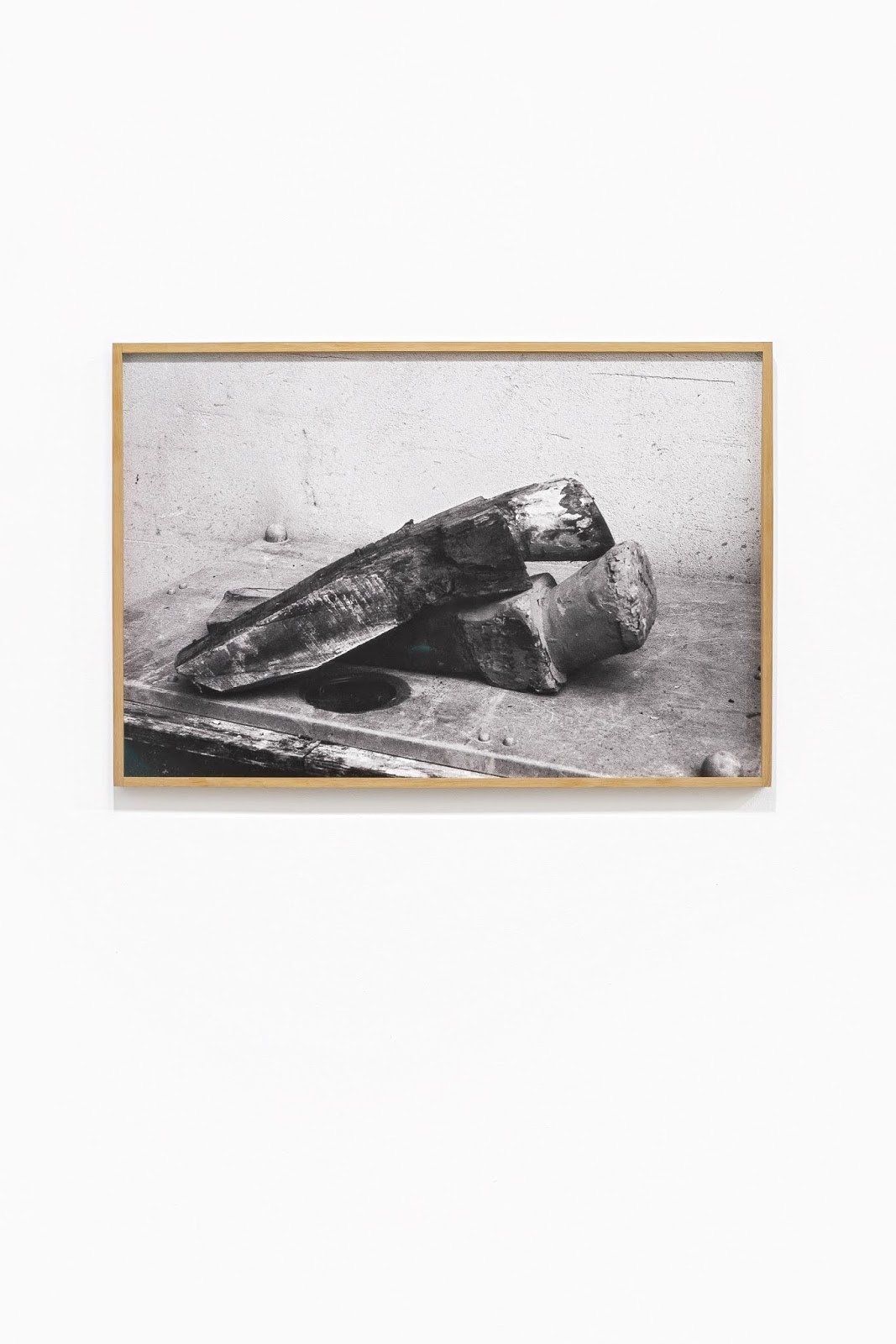 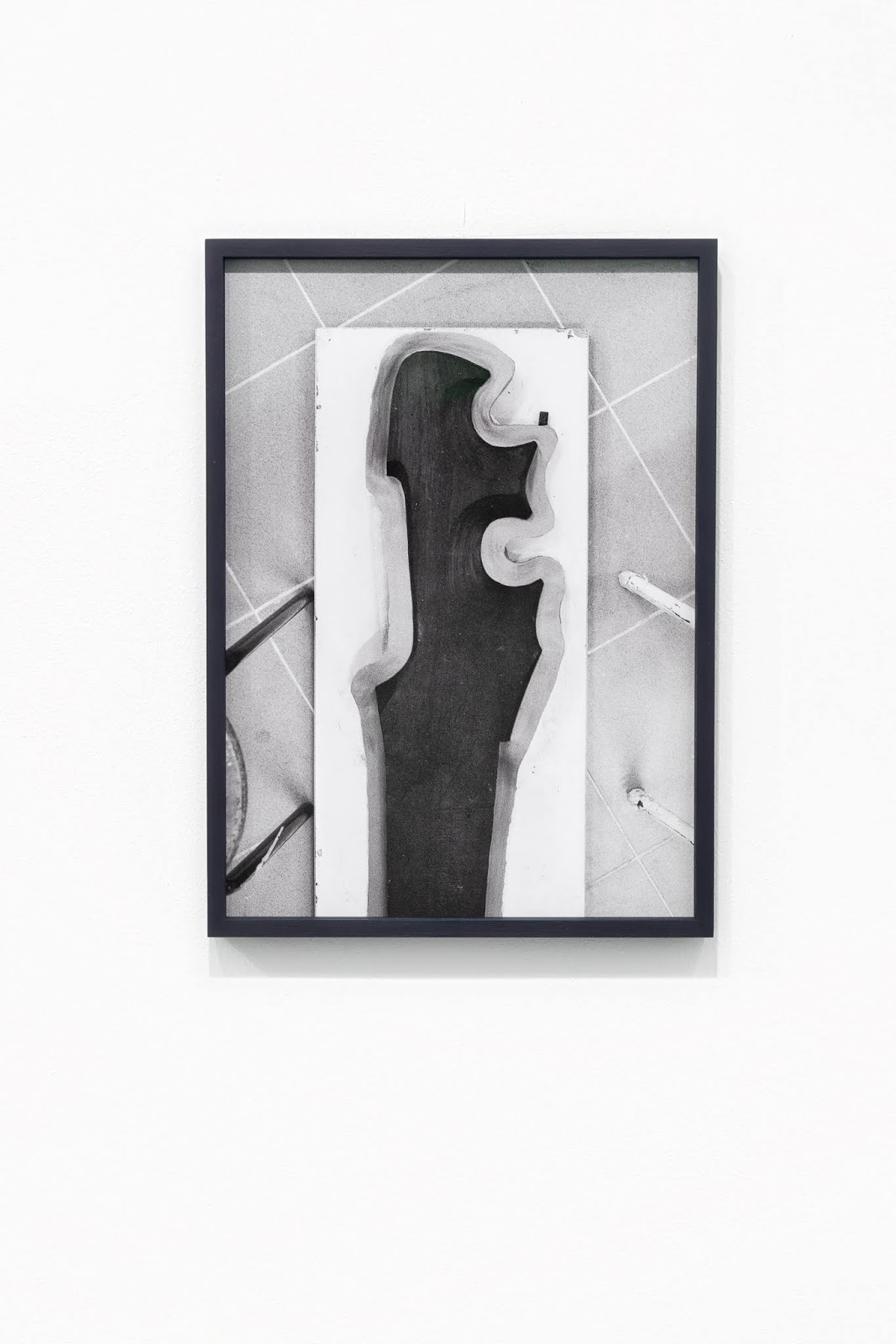 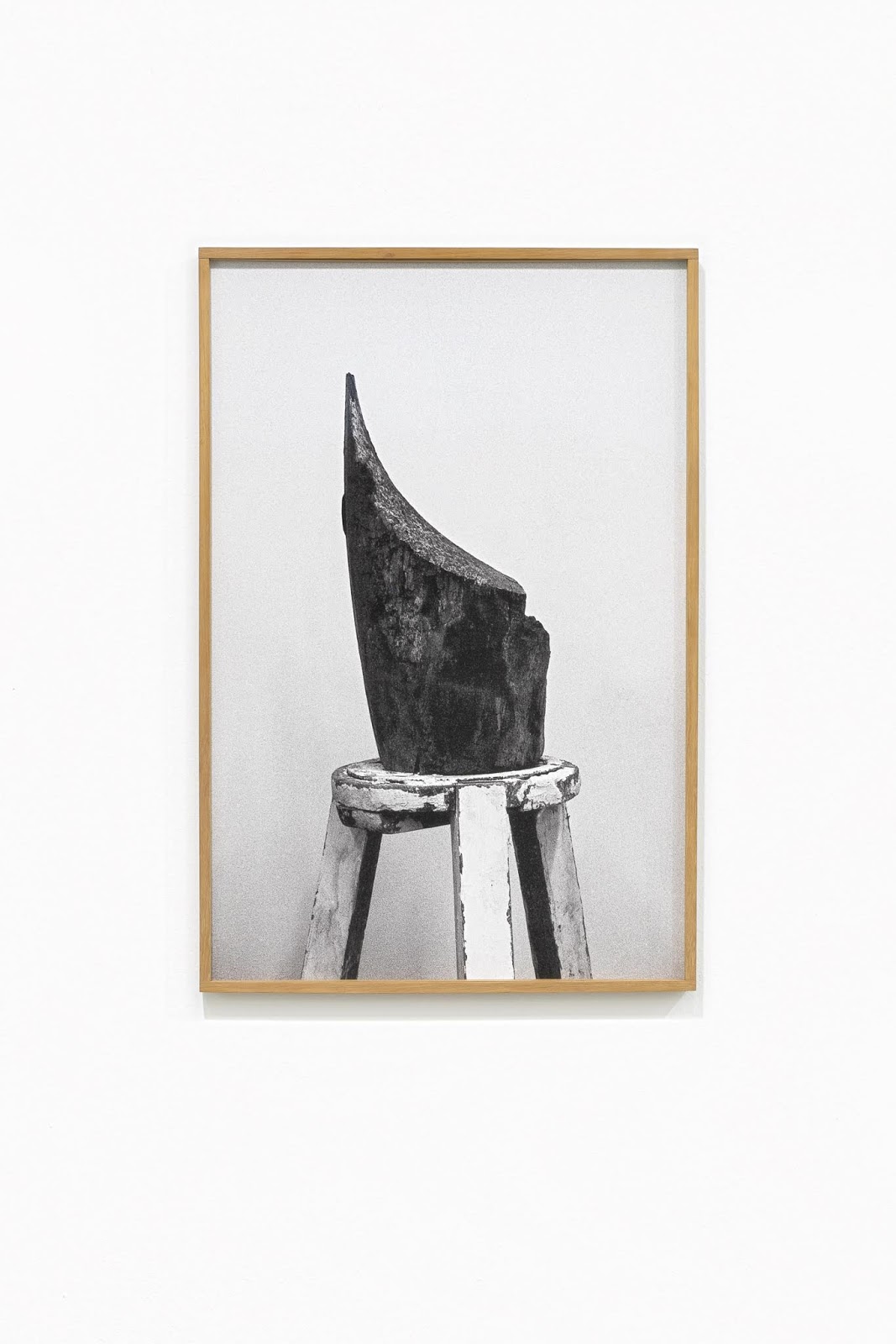 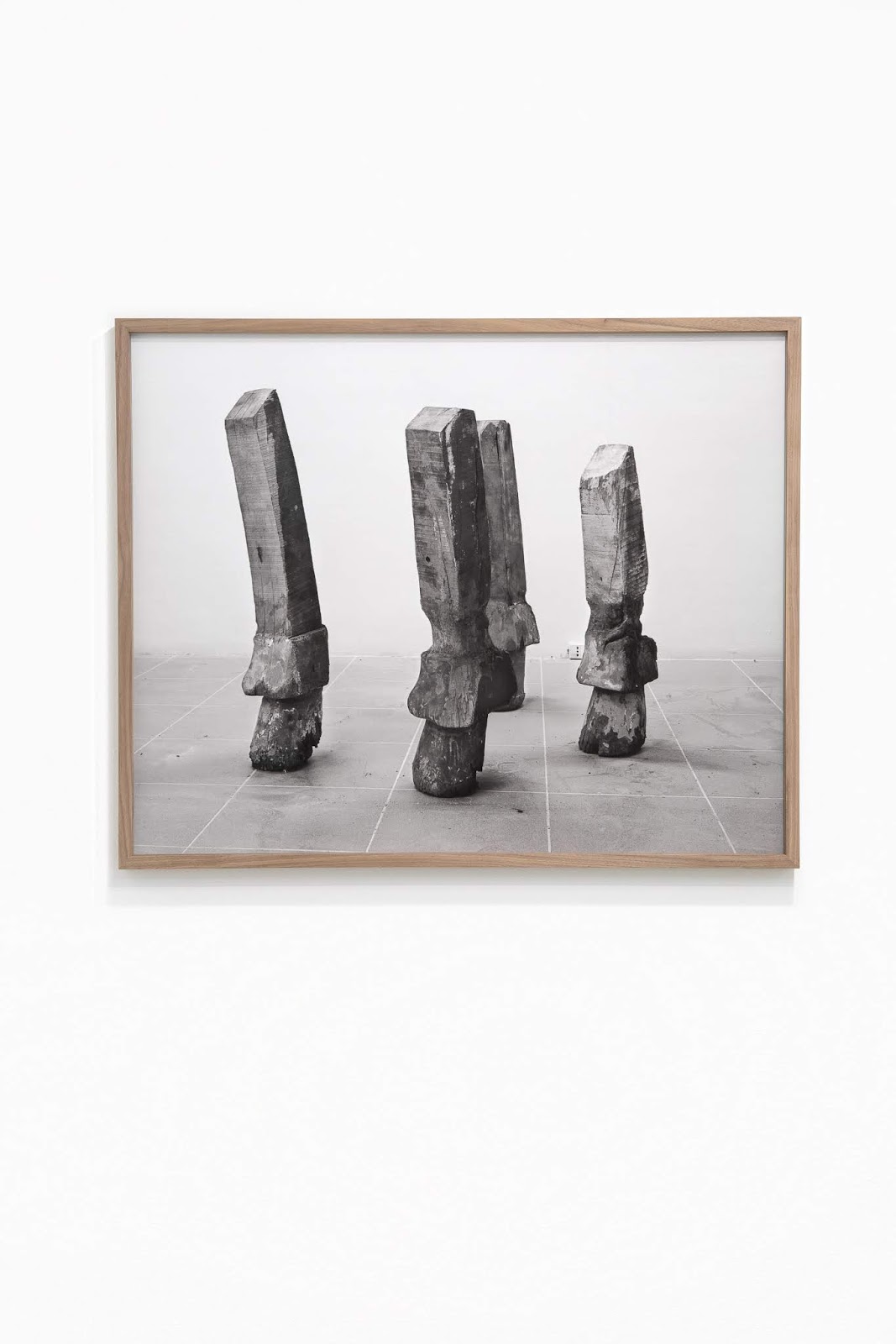 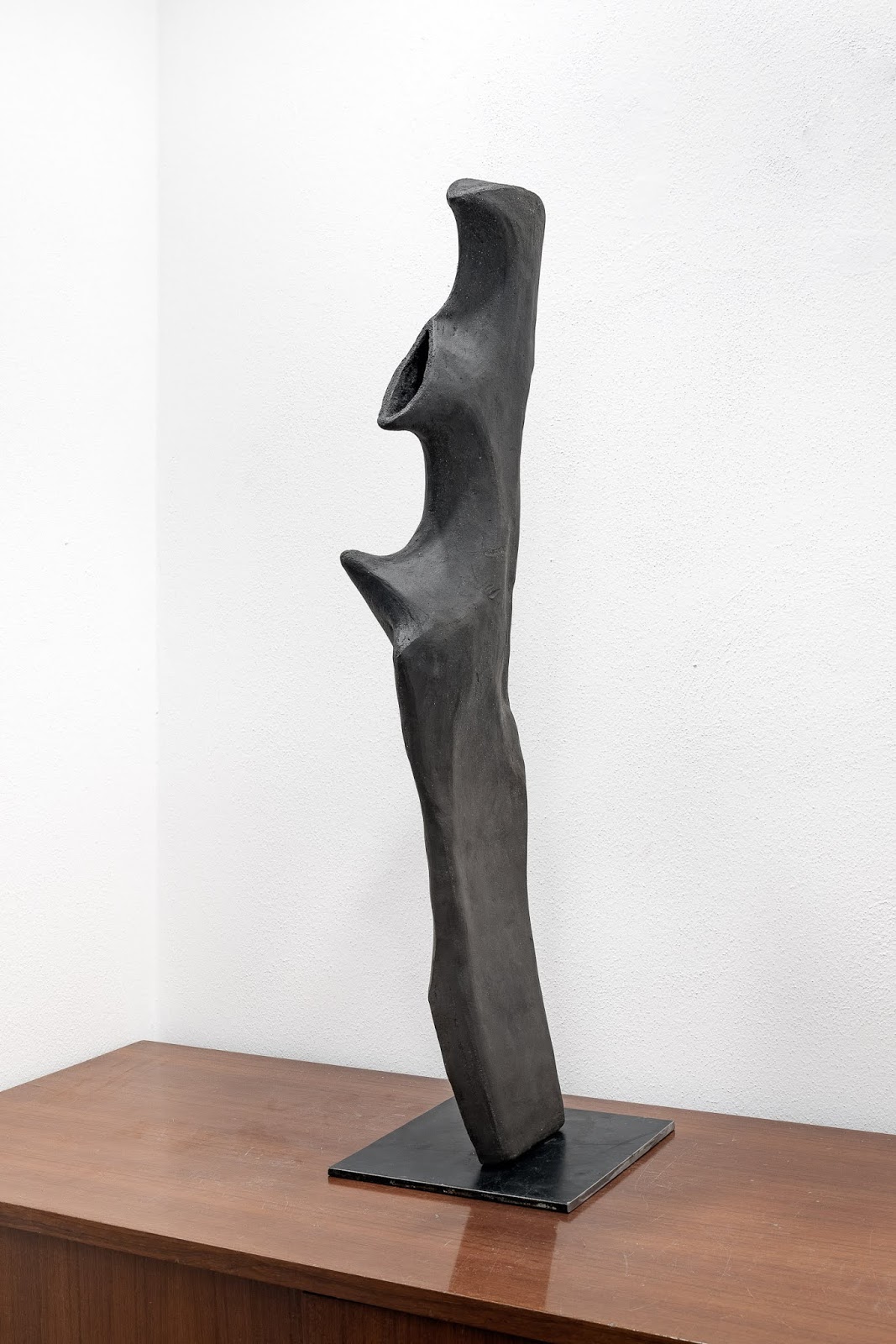 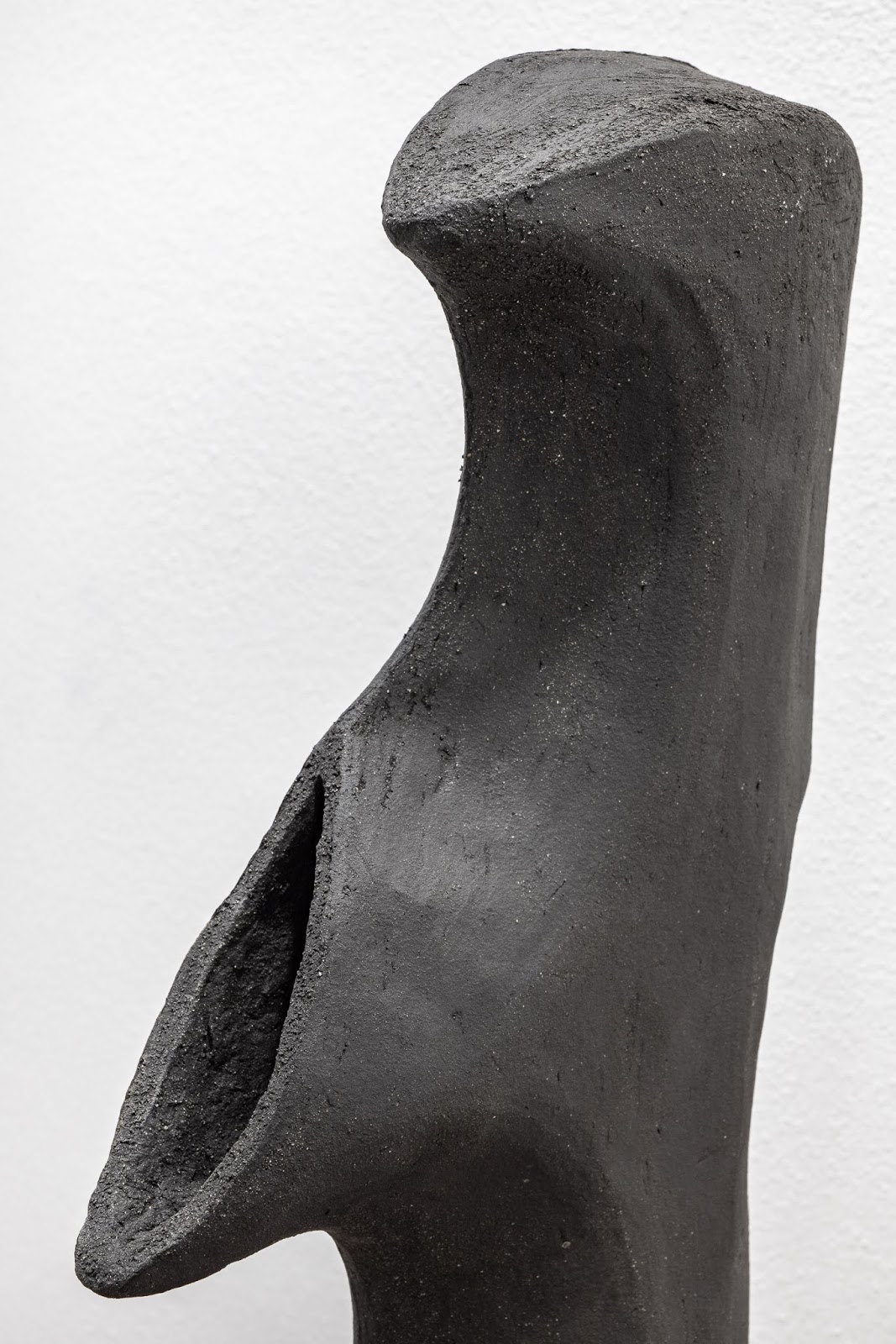 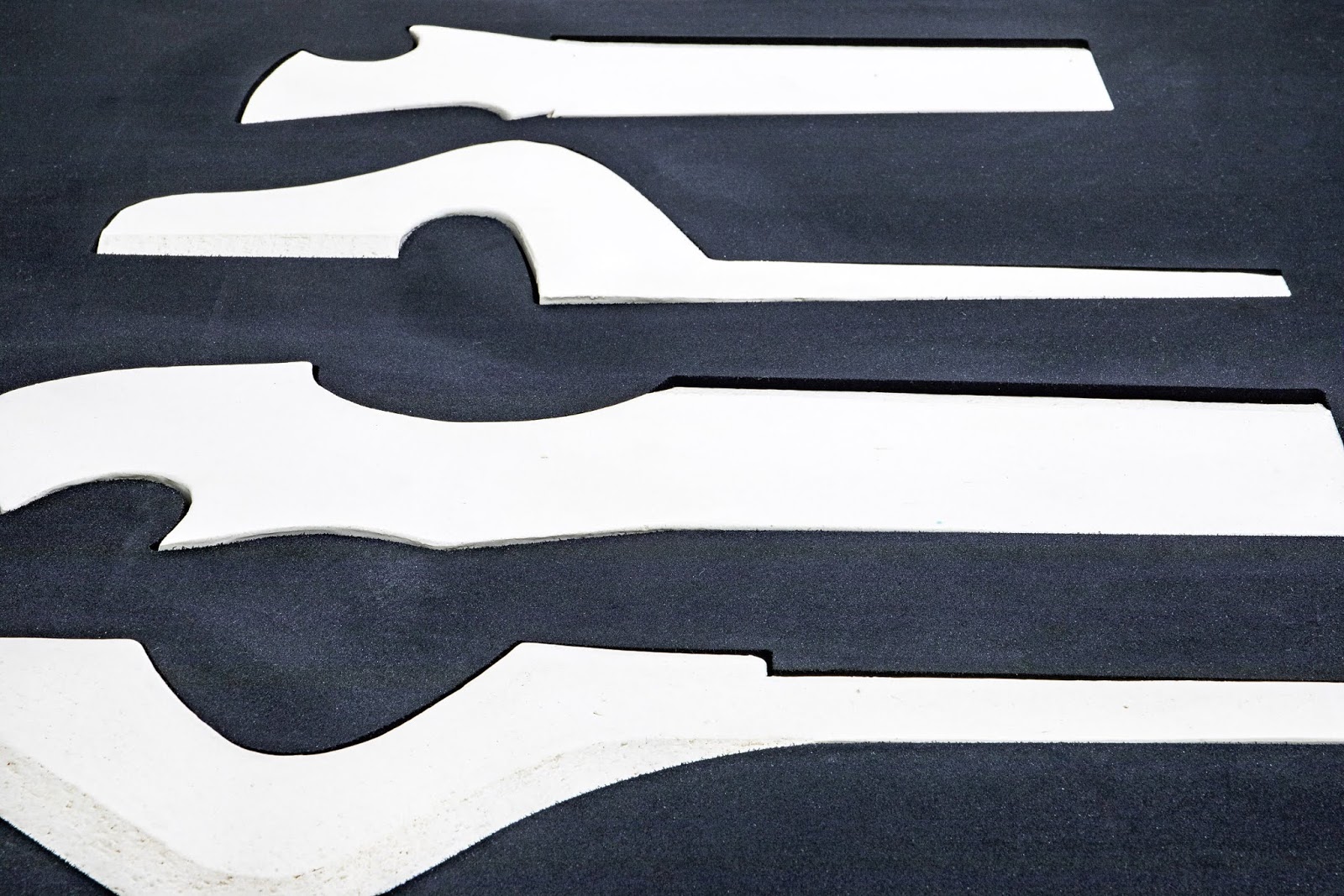 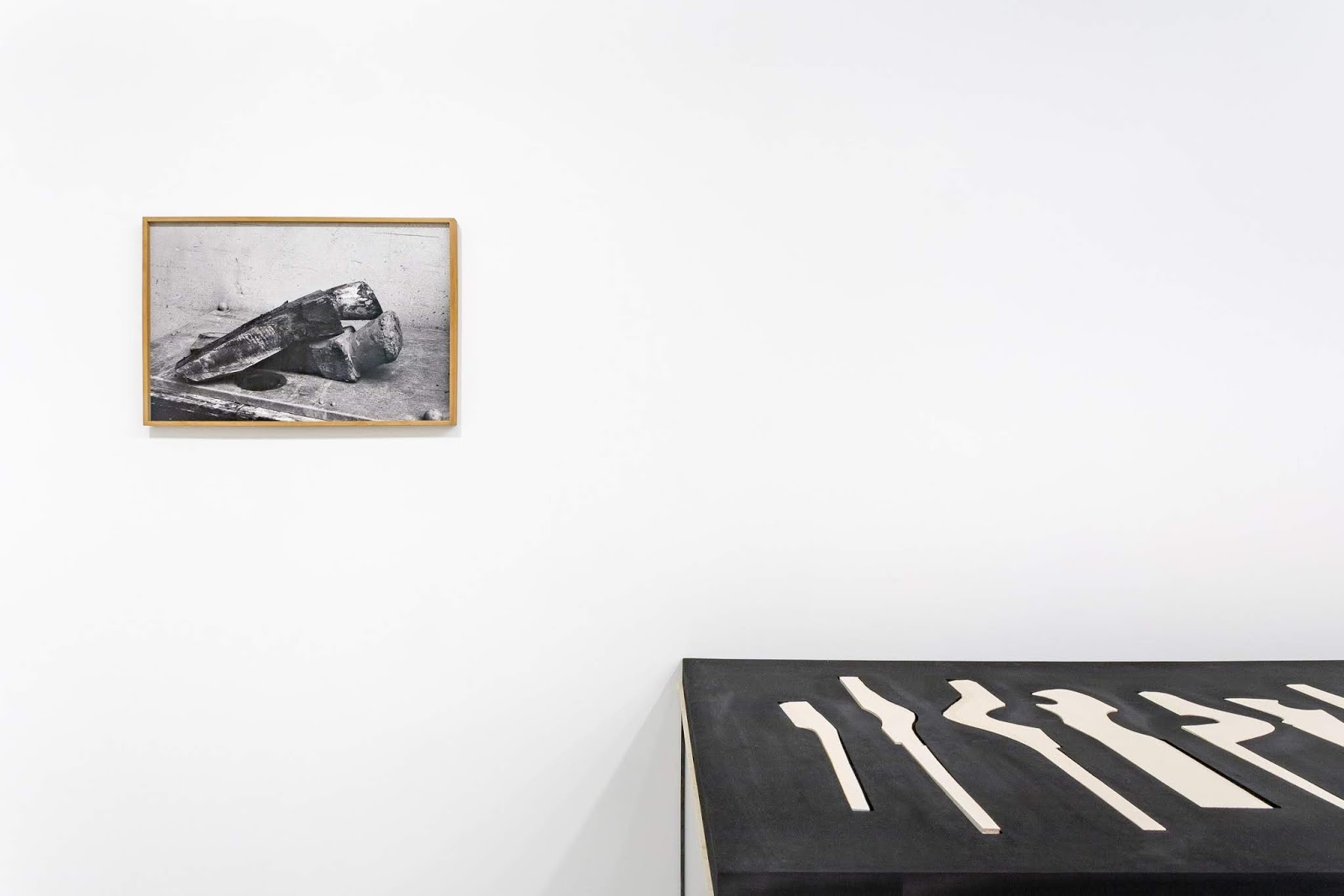 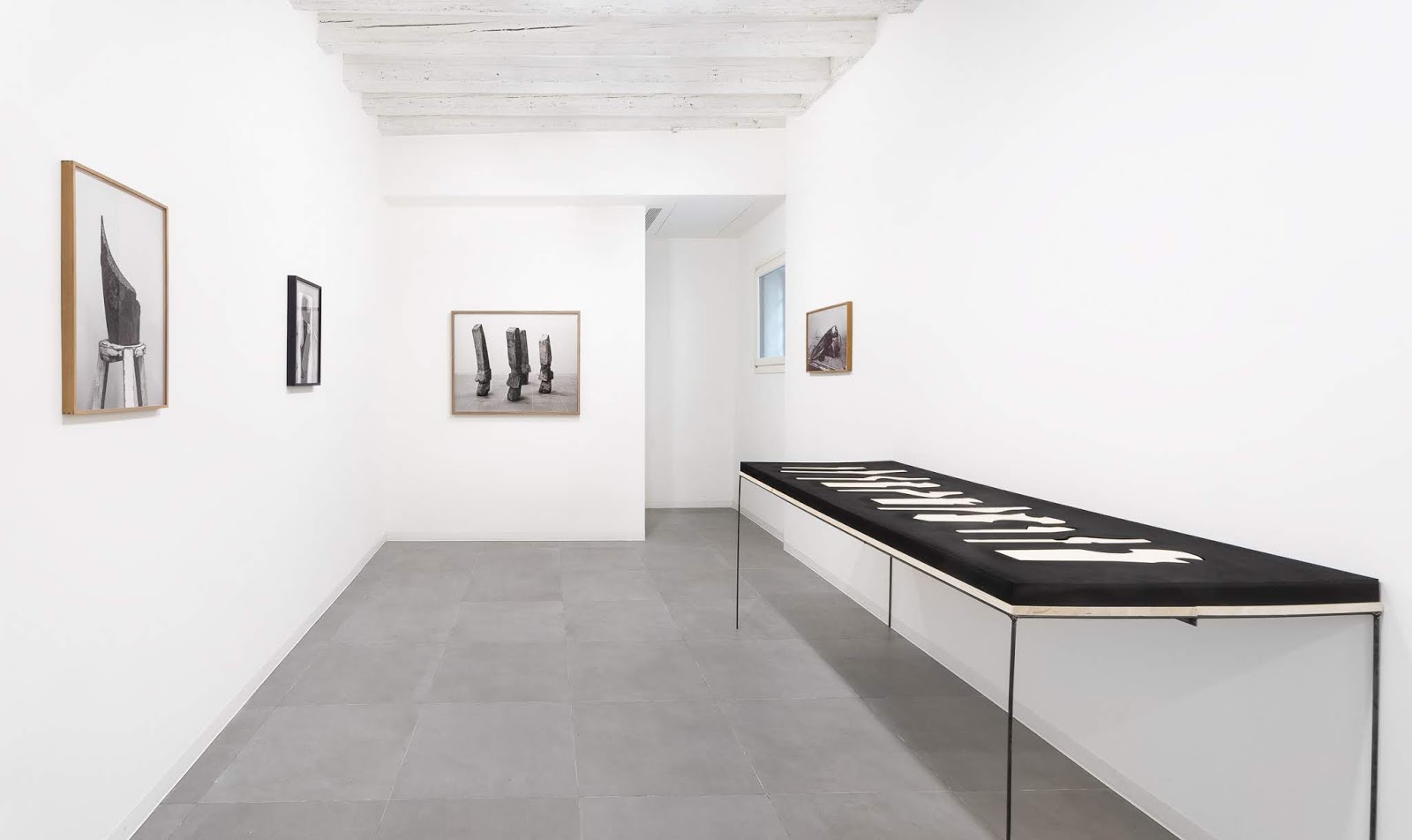 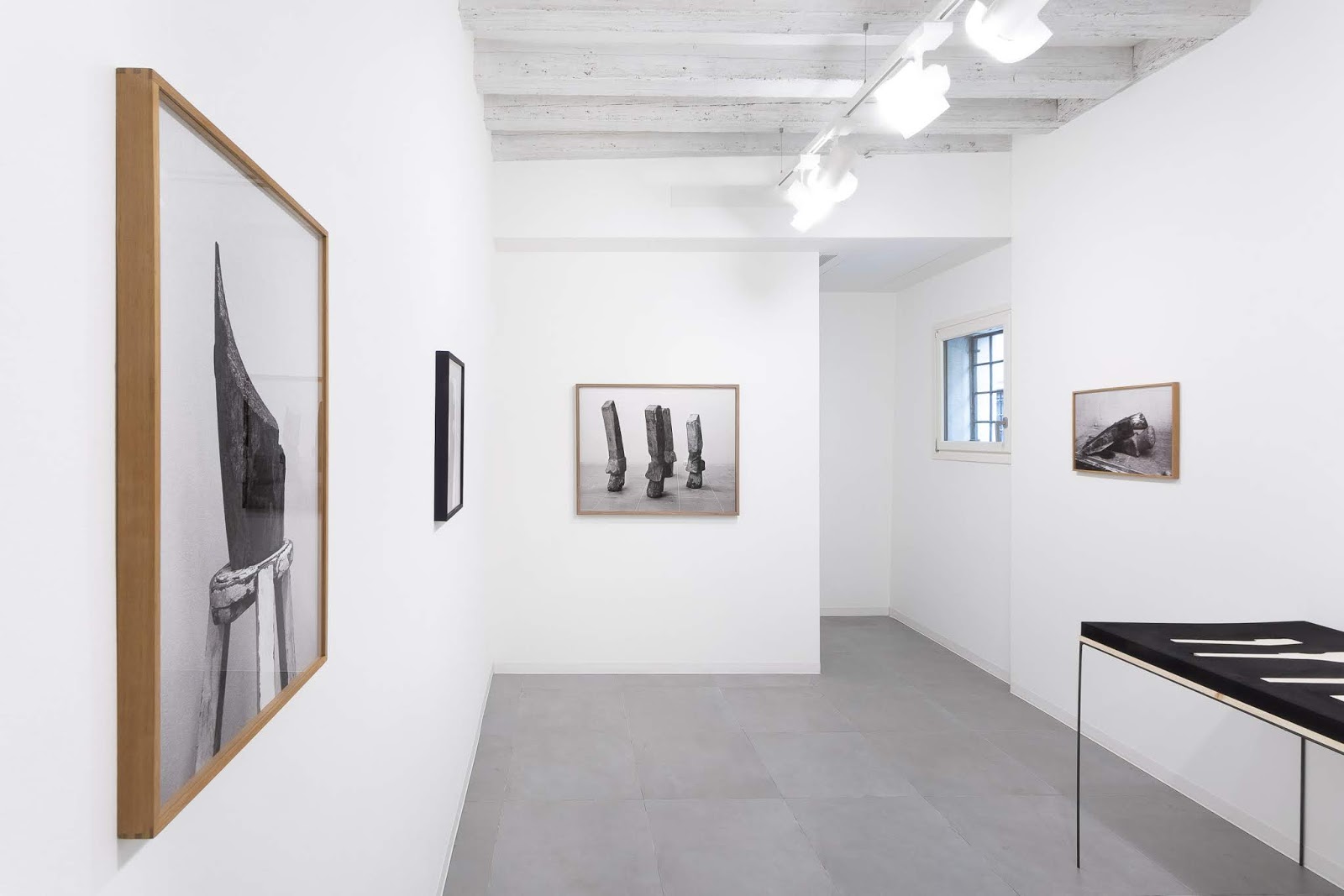 Arzanà is the name of a cultural Venetian association that for years has attended on the transmission of the nautical tradition in the lagoon and it is owner of a small museum into which numerous object are preserved, deposit of the past, shapes loaded with potential that staying in their magnificent disuse yearn for an overflow of new and renewed appearances.
It seems to me to discern among the letters that compose the title of this exhibition, that is “Arzanà”, another word forming a not properly theoretical, but certainly perceptual, background: Gestalt.
According to the conception of the so-called Gestalt Psychology in order to understand the surrounding world we have to identify in it shapes according to schema we consider appropriate – chosen by imitation, learning and sharing – and through such processes the perception, the thought and the feeling are organized, usually unwittingly.
This kind of approach towards reality or rather, in this case, towards the object, intertwines, as far as the eye can see, with the research of Marco Maria Zanin.
The eternal philosophical question of the binomial shape/material finds here indeed an eloquent dialectic: can the shape give meaning to the material or is the material conceived as a power containing in itself the meaning it is meant for?
The work by Zanin seems to play also with the double meaning given to the word material: on one side it is an inert element waiting for a purpose, on the other one a content, essence itself of the object of which it is body. Another kind of binomial reveals itself, i.e. the one between the object conceived as a means and the object conceived as a pure substance. In this case, the originally investigated objects declare their meaning from their shape that make means out of them and so, only in this regard, they get an utility, a purpose, a sense. On the other hand the word means comes from the Latin word mèdius that indicates something that stays in the middle, that is not finished, that stays in an equidistant position between two extremes and this kind of meaning seems to be clear in the work by Zanin in which the elevation of the object to a pure shape dictates the rhythm of his whole research.
The process accomplished by Zanin is a bifid one: on one side we witness the presentation of the object untied from its context and with its following elevation to a pure holy, totemic, object, shown in its absolute “staying” that simultaneously becomes “enshrining “ of the means and, on the other side, the annulment of every kind of utilitarian significance through the transfiguration of the object and its association with contexts belonging to different cultures.
The word “shape” comes from the Greek word éidõlon that means figure, but also simulacrum, idol therefore this dance of references among the elements on the stage creates shapes that aim to be pure, but at the same time, want to be a symbol of that ensemble of signs of which they are made of or, more strongly, of those obsolete objects that lost their recognisability and that find again, in a renewed mixture, their meaning.
It is here, therefore, that the basic concept of the Gestalt psychology results more evident: the image perceived in its immediacy has a disorienting character because it is made of shapes that refer to different cultures, but that in their staying together create an anachronistic and out of time result into which the obtained shape has got no utilitarian meaning, but it rather speaks an universal language and whispers to the eye “ words “ that encyclopedic sources and history books could never be able to tell.