Fernanda Fragateiro and Nuno Sousa Vieira / Do is build. Traveled is Deconstructing 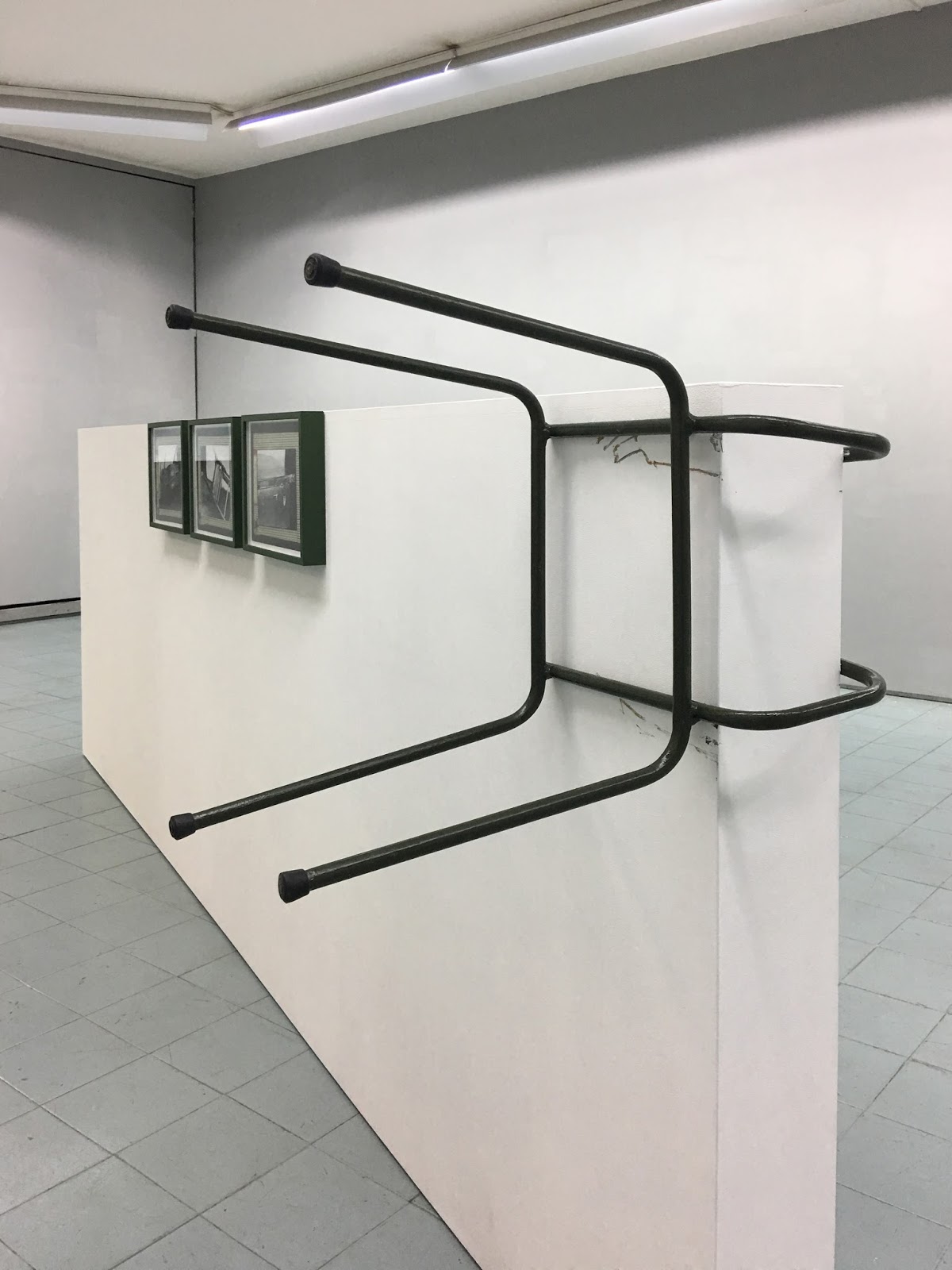 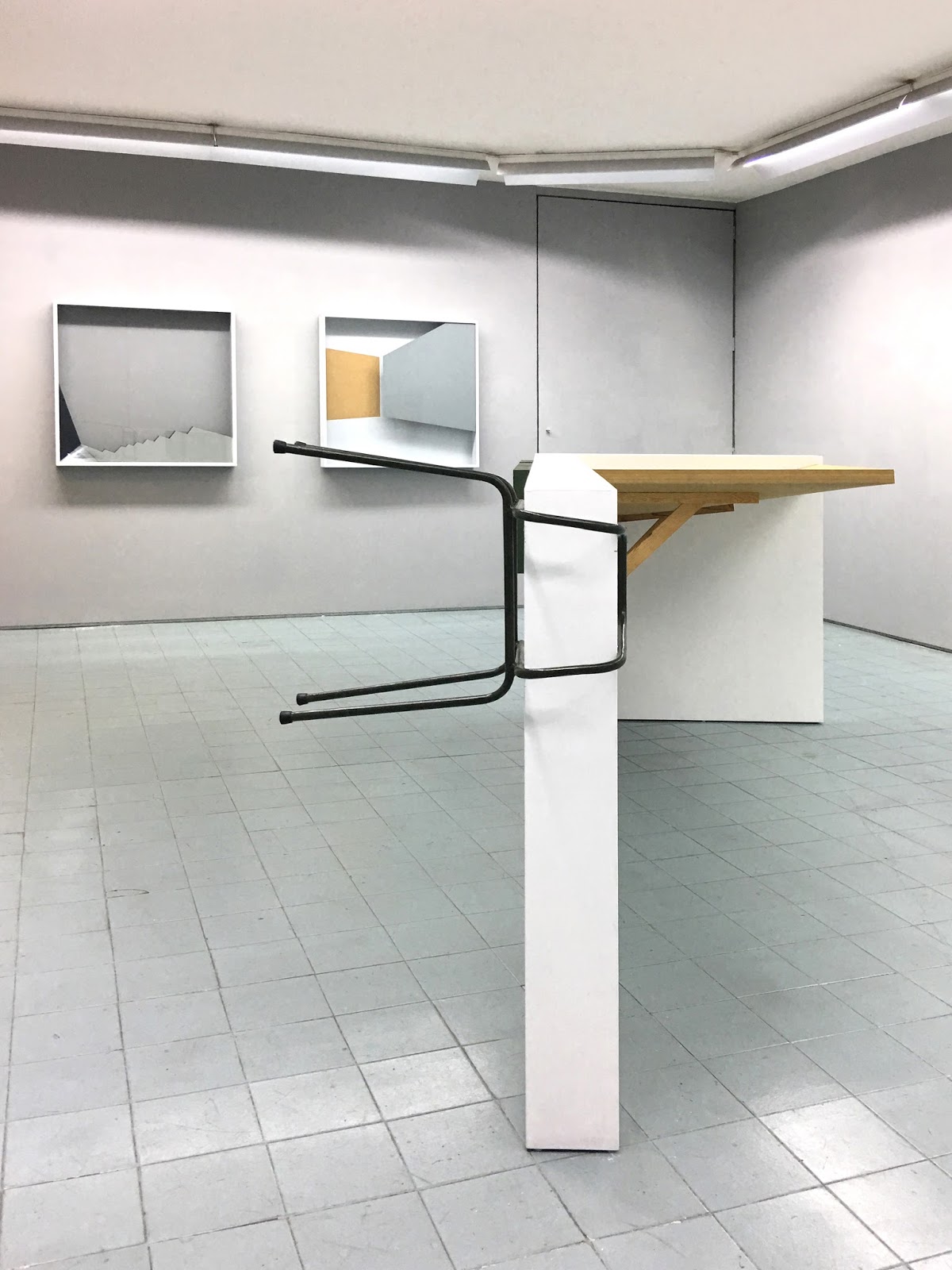 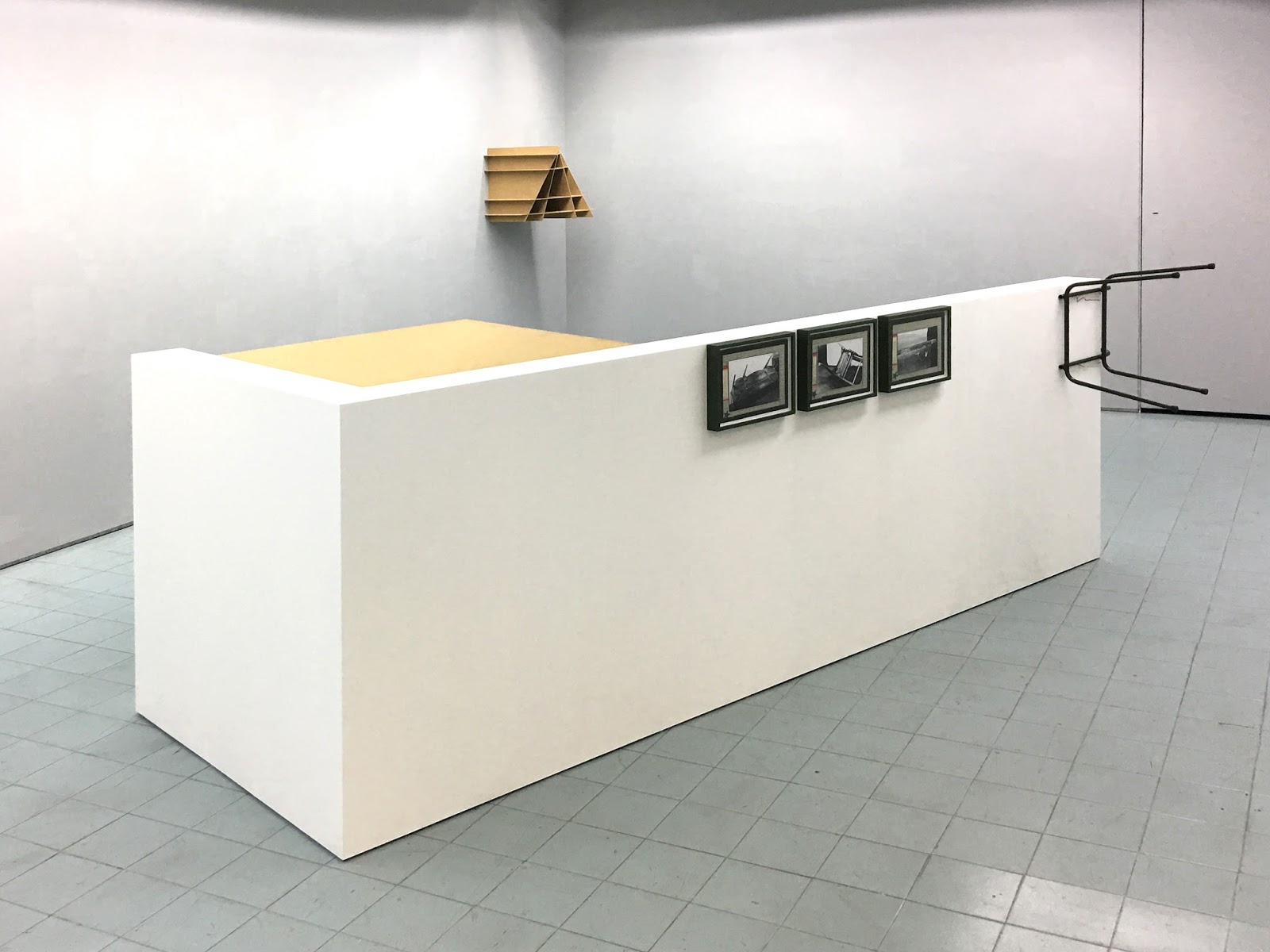 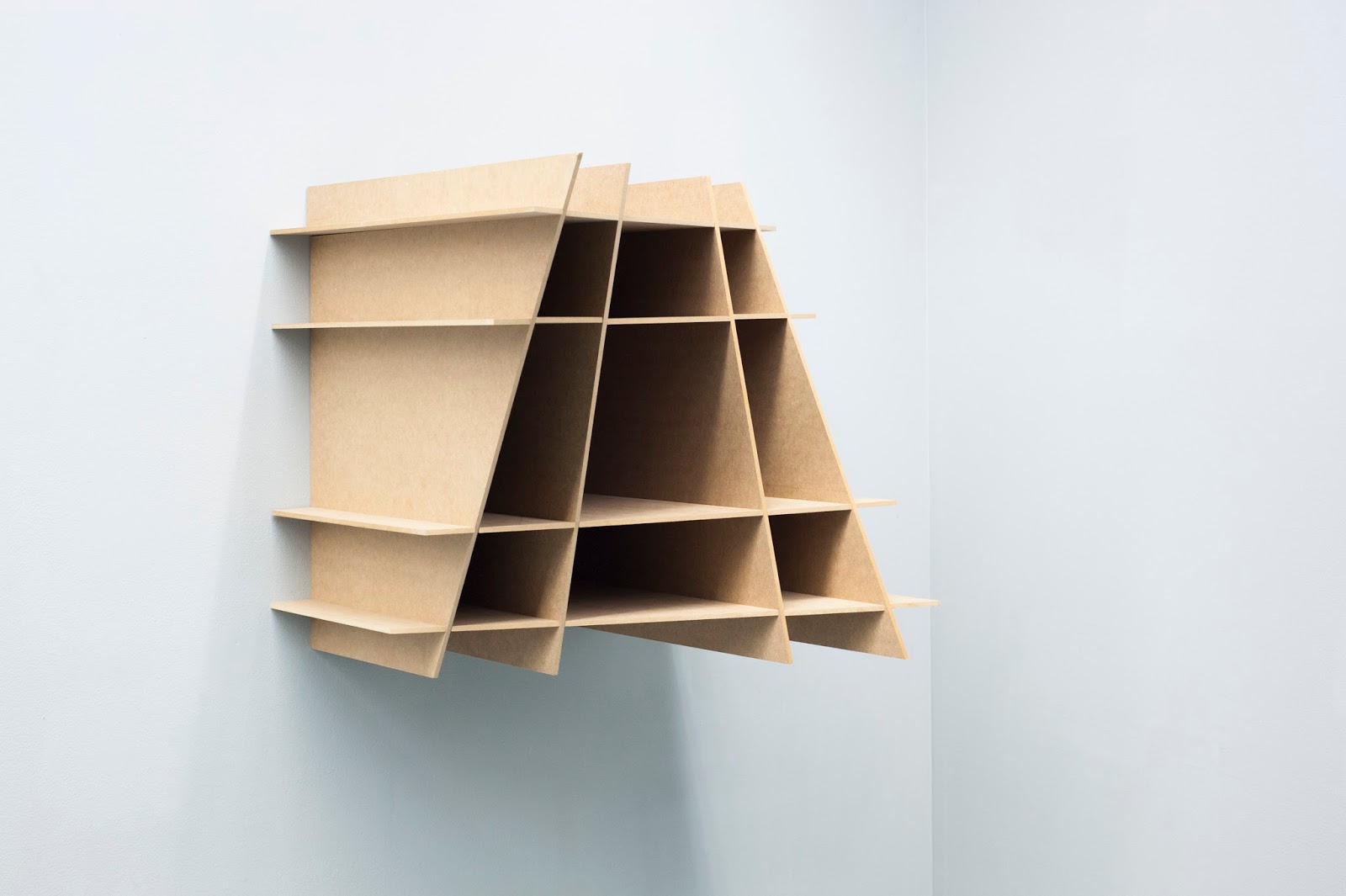 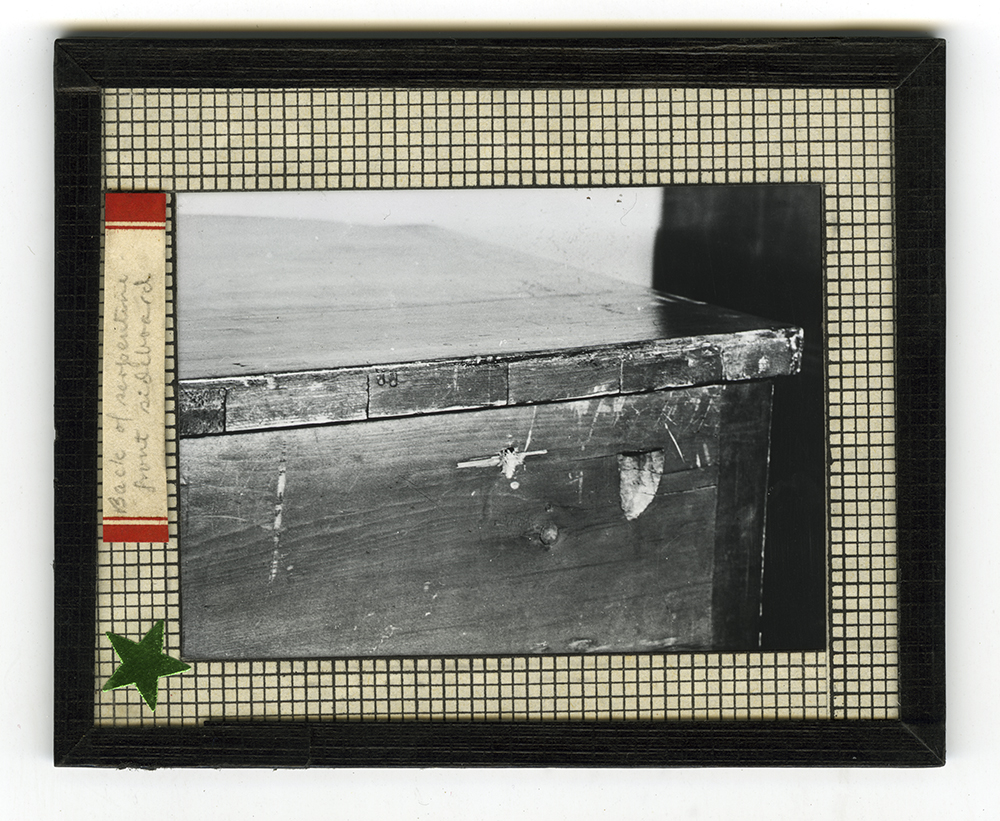 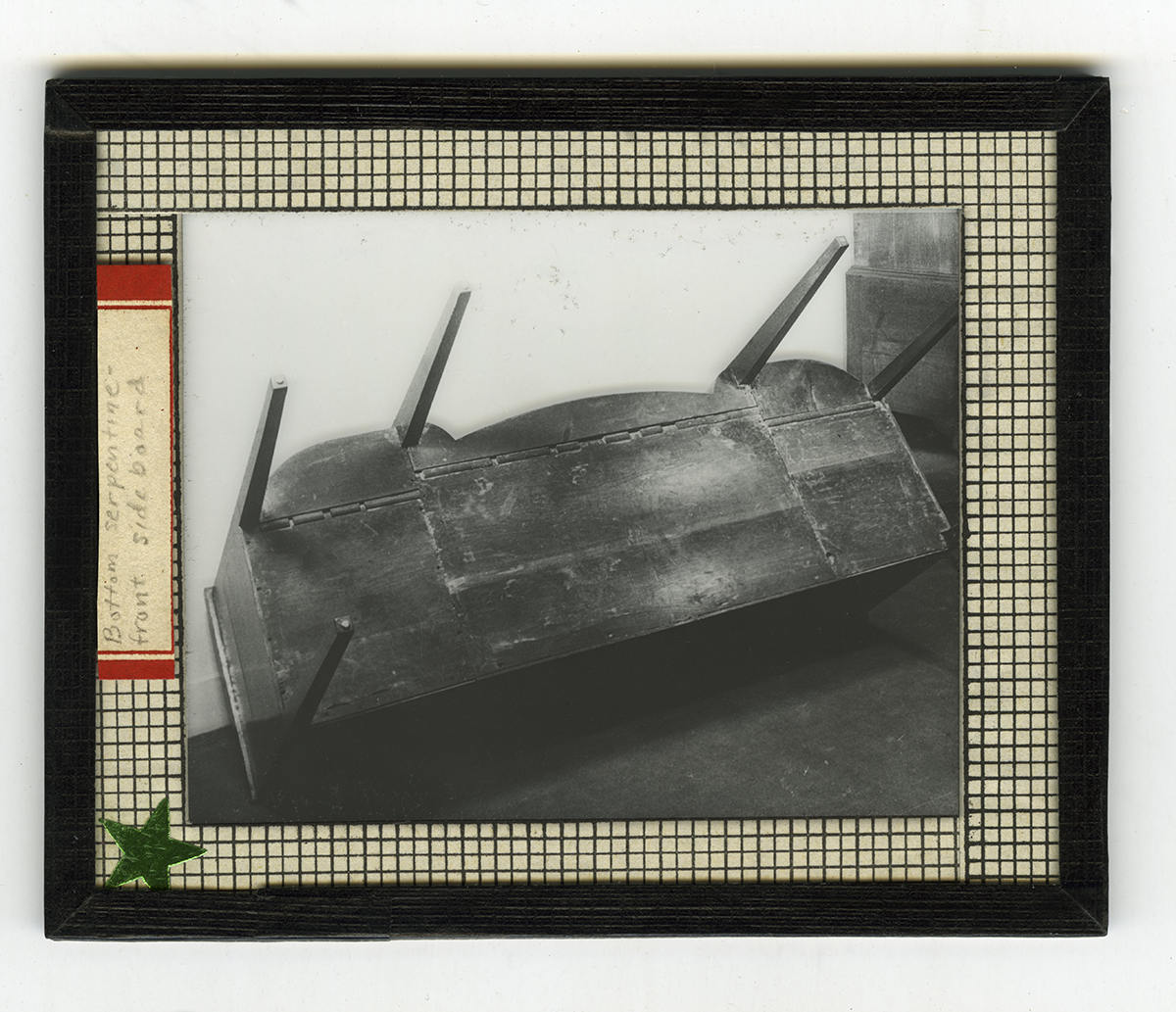 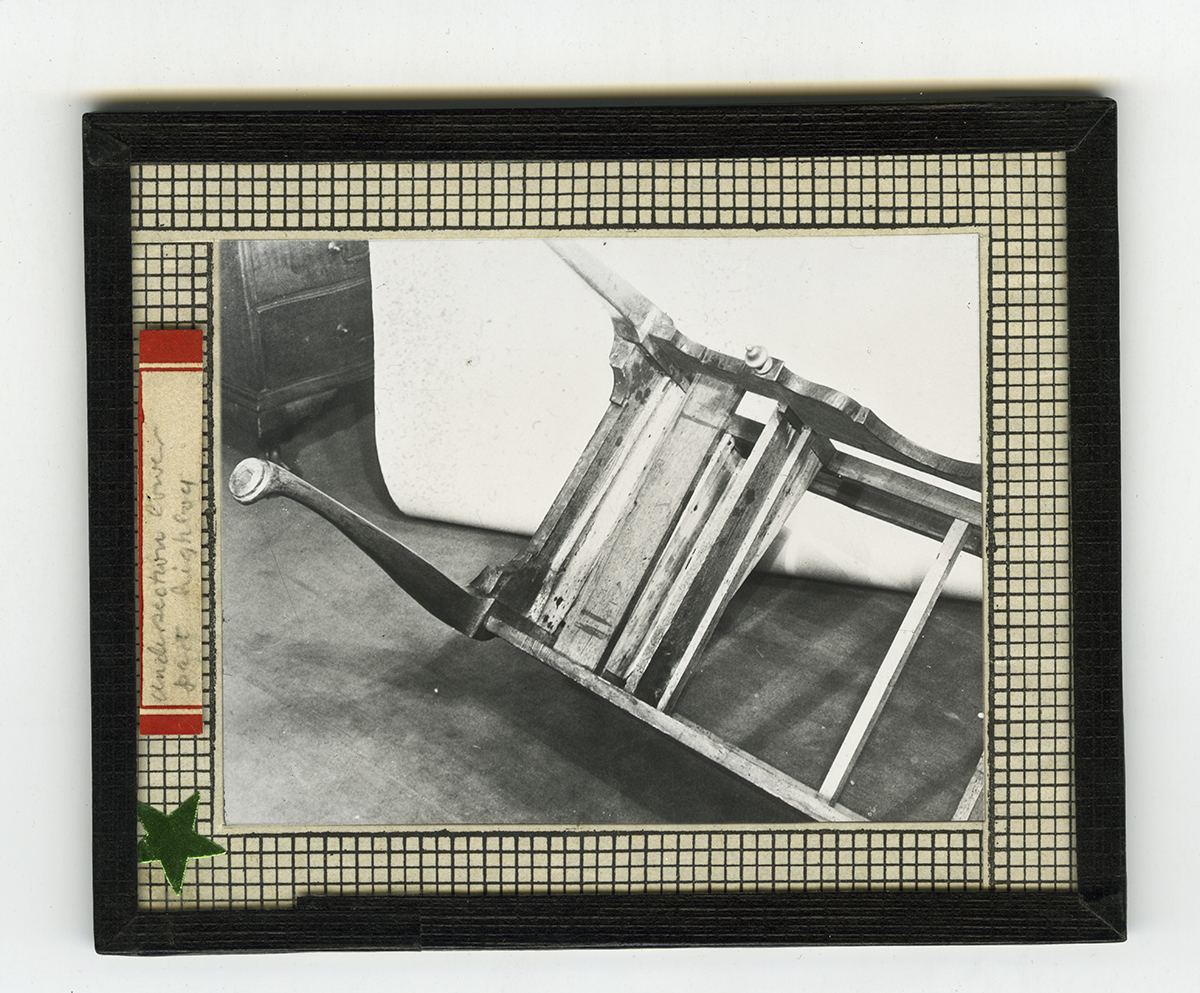 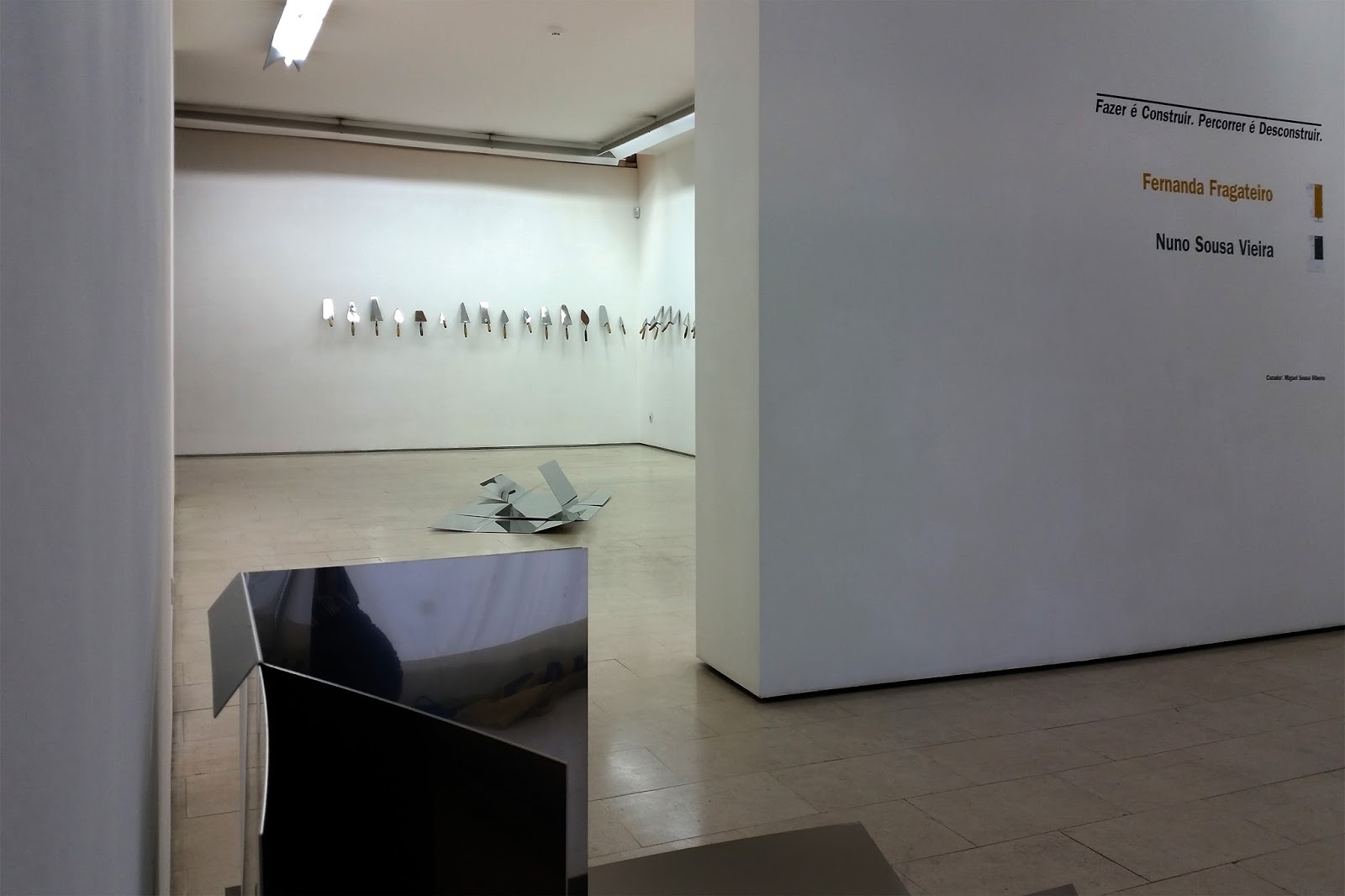 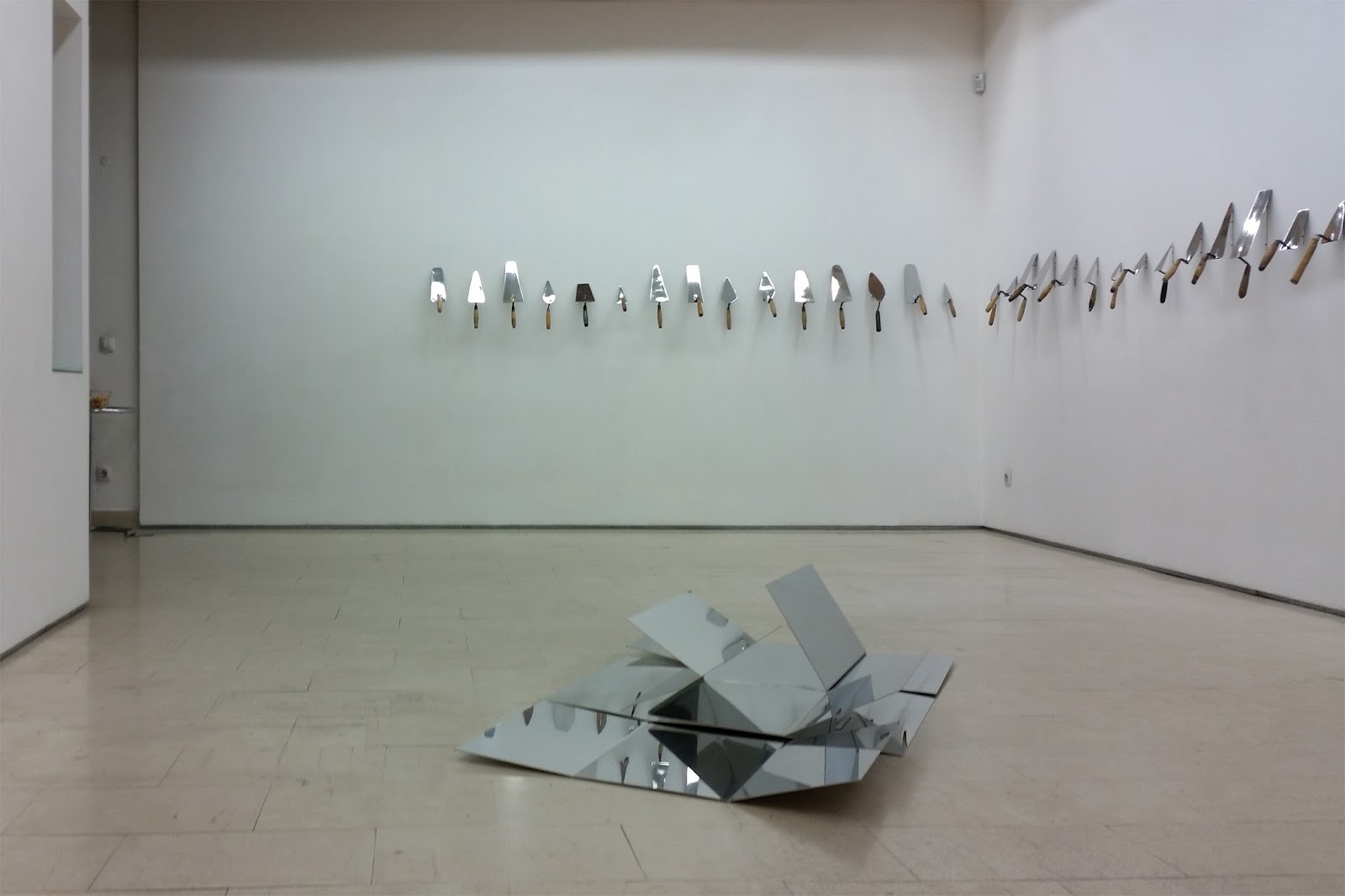 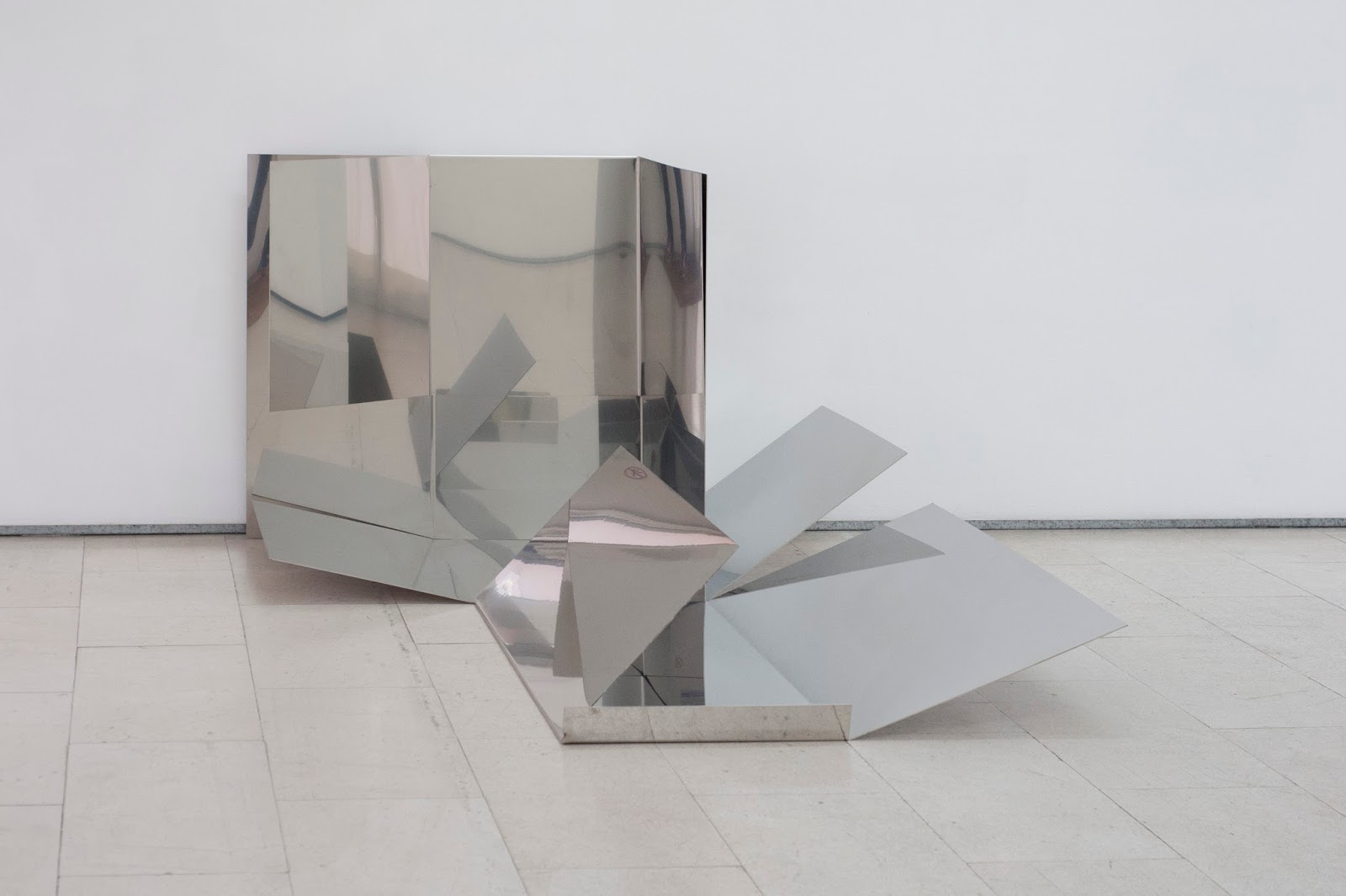 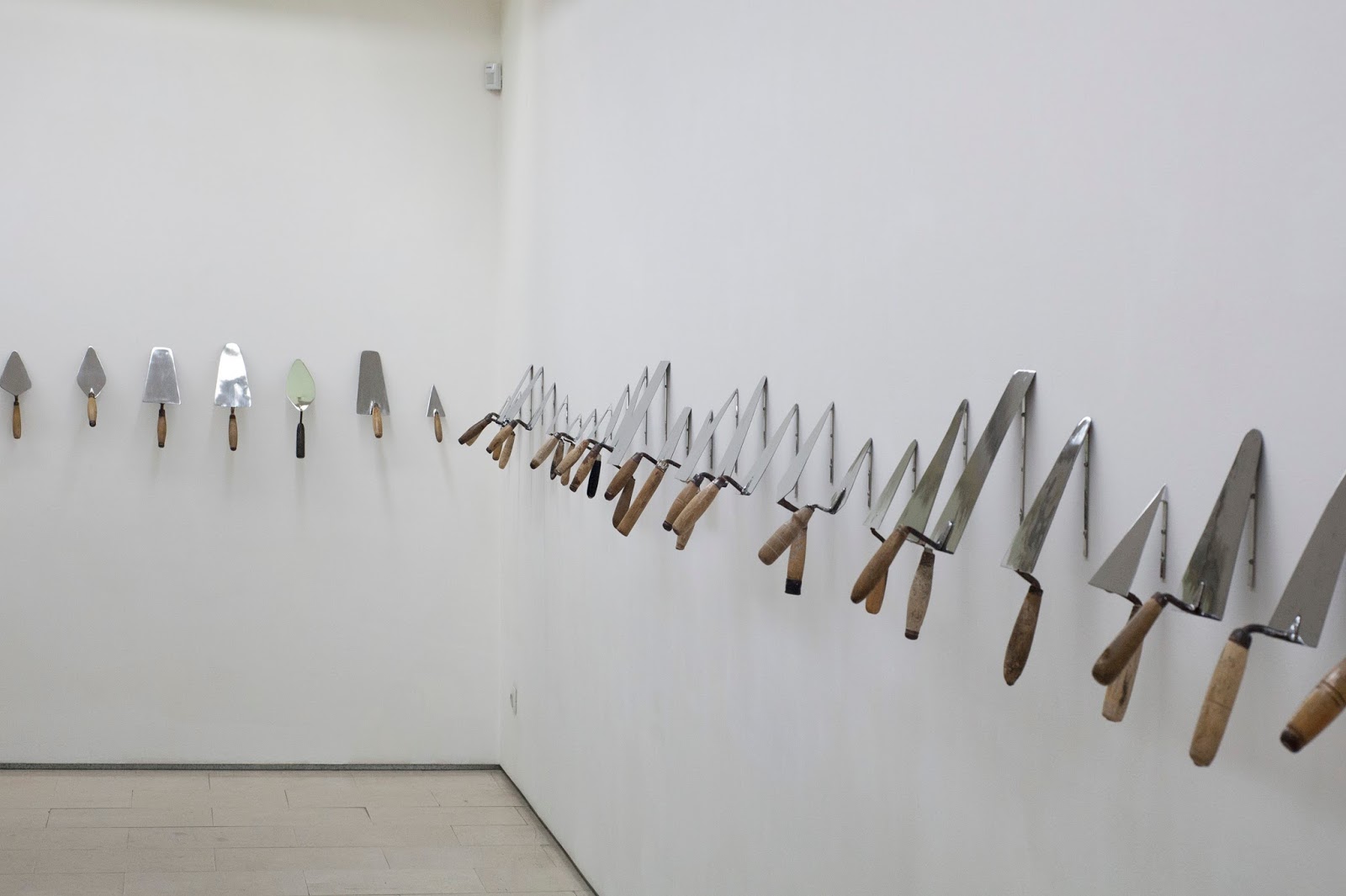 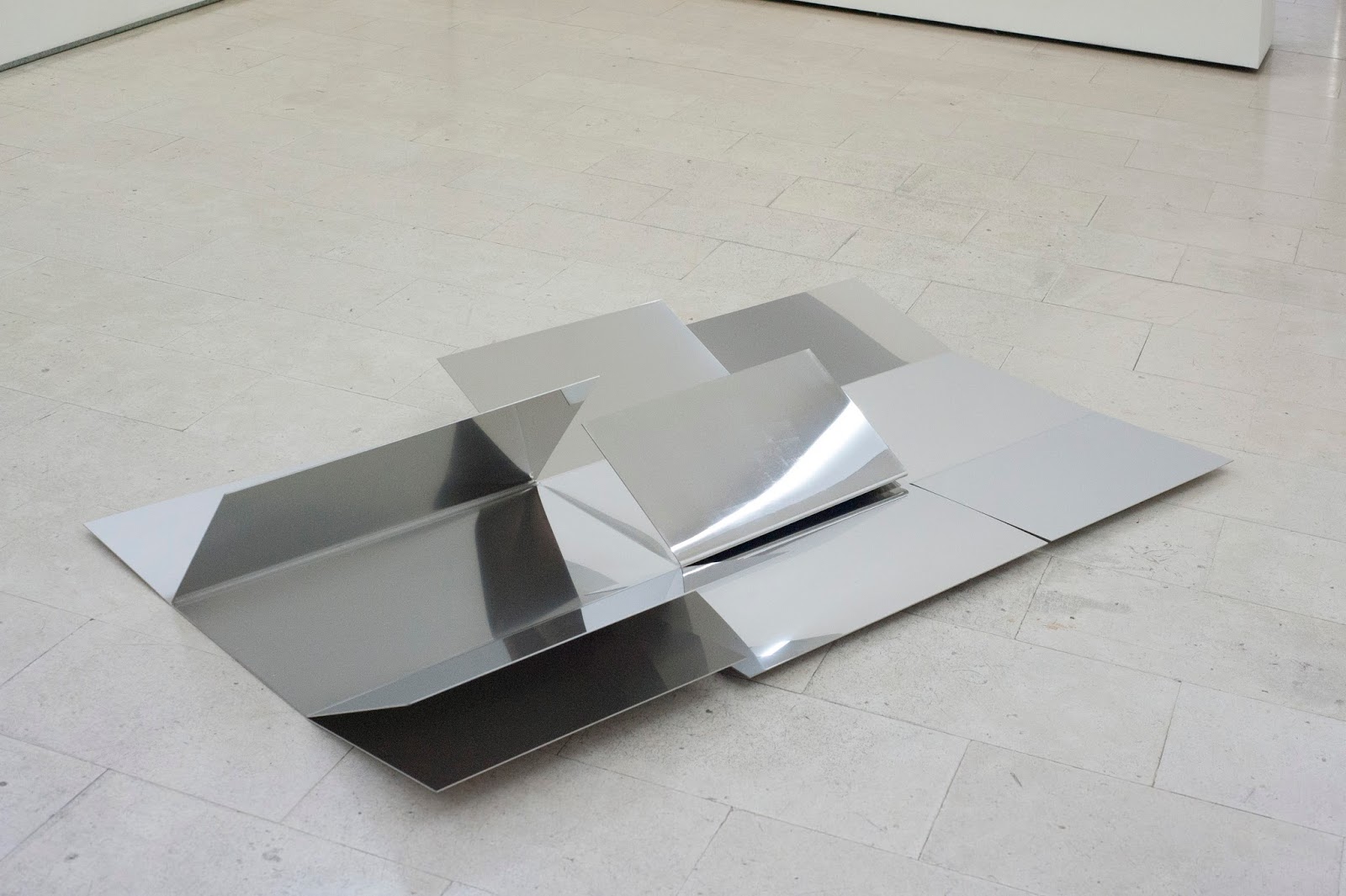 The built is to be lived. Inhabited. Traveled. Deconstructed. When the artist constructs is for someone to receive; to live; dwell; use; observe; go or deconstruct. It is for this not only get to offer: its meaning. So there are always two directions. The observer and the observed. The empty and full. This dual direction is the game of construction and deconstruction. The work and its receptor. Art and life.

We can view the space as something which was created place: available and access. As I said in Martin Heidegger "space is, in essence, that for which was created place." Despite opinion, and / or be empty and free is also limited. A limit that does not, but it allows something to be subject to (re) start and enhance presence. It is this presence (live) that put the place as an area with a unique identity; a recognized site. A place whose meaning is given by the wearer; dwells; runs and deconstructs: the individual.
The construction is a keyword here, as we face / understand the artist as a builder. At this level Fernanda Fragateiro (FLOOR 0) and Nuno Sousa Vieira (FLOOR-1) give a special importance not only to the materials used, but also, if not more, to the very constructive process and not merely creative. Often, both artists use (or use) in their architectural elements creations (or linked to architecture) as walls, floors, tables, chairs, doors or windows and is also with them to try to relate and involve the viewer with his work. The constructive character knows only one watchword: make room, only one activity: fill.
It is emphasized so the photographer that also builds associating it with the practice that it progressively contemporary artist assumes, to the extent that tends to conceive / design and create three-dimensional works, changing them to the site and working in situ, making that the works relate, adapt, enter, articulate and adjust to each space, sometimes to any space, ensuring a confrontation and tension between their place - traditionally common space of the viewer (the ground) - and the visitor.

0 Floor
Fernanda Fragateiro is an artist who is interestedthe three-dimensionality of sculpture and the relationship that objects have with the space and with the ground. This is what happens at Level 0 - Entry Gallery - where the artist presents unknown content, # 10 and # 2 (2009), two sculptures (polished stainless steel) arranged on the floor of the room so apparently unintentional. But not.This, although it could be another place, and according to needand the space that receives decider is still in the allowed movement and the passage giving the visitor. More than limit, it allows and defines ways that enable the exploitation and circulation around the parts; the surrounding area and the confrontation of the observer himself, who thus becomes observed himself when entering the work itself. Thus, the artist enhances the aesthetic and relational experiential with variations and simple, and accurate Stark the reverberations objectuais elements create between itself and the surrounding environment viewer with these.
The visitor becomes an observer no chance to know or understand the contents of the box, as they become a form-content-reflection of yourself. The form and content touch. Unite.
And so the empty hypothetical gains body as power and enables the reception. Thought. Sensations. Experiences. Shares. Cheap. And the (re) start.
This transition to a new beginning gains a whole other dimension or sense when we know that the sculptures exhibited here (and others here are not, but which were presented at the Baginski Gallery in the exhibition "Unknown Content" in 2009 ) are constructions of boxes found in the surrounding street artist's atelier. To that extent, "beyond form are simultaneously time; memory of something that was there, but disappeared "as Alda Galsterer wrote to the aforementioned exposure.
Another work by the same artist and still in this room, which also tells us in memory, time, process, passing, wear, processing and transforming (or transformed), and another possibility of building is offered to us by Against Wall # 1 (2001), 47 Mason spoons in wood and steel with polished faces that extend the notion of the viewer's integration in the work and all the surrounding environment, reflected in the two floor sculptures. Another understanding is the metaphor associated with housing construction here takes on a work of art of nature. Before, while building objects, useful and functional (as well as ancient and historical - as wear character gives them), but then were subjected to a decontextualization and removal of its natural function - making it unnecessary and obsolete . Useless. The Duchampian gesture is here seen when subjects take now a new context; a new life.
Its sacredness and use of impossibility - that the artist gave them - are here emphasized by the placement of linear and strictly along and literally against the gallery wall just like its title requires.
FLOOR -1
At the entrance to the lower floor of the room, and the wall that precedes it , we found two-hinge paintings by Nuno Sousa Vieira . Two paintings 'objectuais' and were, according to the artist, the last held paintings, thus completing the path traced so far, and while allowing the start of the new path that followed. A decisive 'leap' from painting to sculpture and / or three-dimensionality (the painting itself already allows us to see).
This transition from painting (wall) for sculpture / object (floor) is here highlighted in expository narrative and passage of the paintings to artistic practices that have come to make fundamental in his body of work: as sculpture and the object.
The assembly of these works allows us to see the interest of the artist's work-installation, more than the three-dimensionality itself. In its process recontextualisation it is as important as the contextualization. The plurality rather than singularity. Dialogue as the relationship. The referent as far as self-referential. It seems to mean that the unit is on the whole.
This is what happens here, to the extent that its exposure-specific and placement / provision of the works, this wall in the center of the room "I'm here - Self-portrait" series , were designed and specifically related to this exhibition time. If the aura is there in this condition, of every moment to do something different. New. Singular. The works have been shown, certainly, but never in this way or in this format.
The Wall L - purpose built for this galerístico space - is used as hostel of the remaining works and thus integrate, or allow integration doing it even , part of the work - understood as a whole. This structure becomes an artist 's own container, or 10 years procedural present here (2006-2016). And here Nuno Sousa Vieira on one side speaks of space, the other (behind) shows us the inside out, usually hidden, and it is the center that puts / inserts the reason.
Goethe tells us that "to something that arises has to disaggregate the whole"; Sousa Vieira seems to mean that so that something to join have to release him.