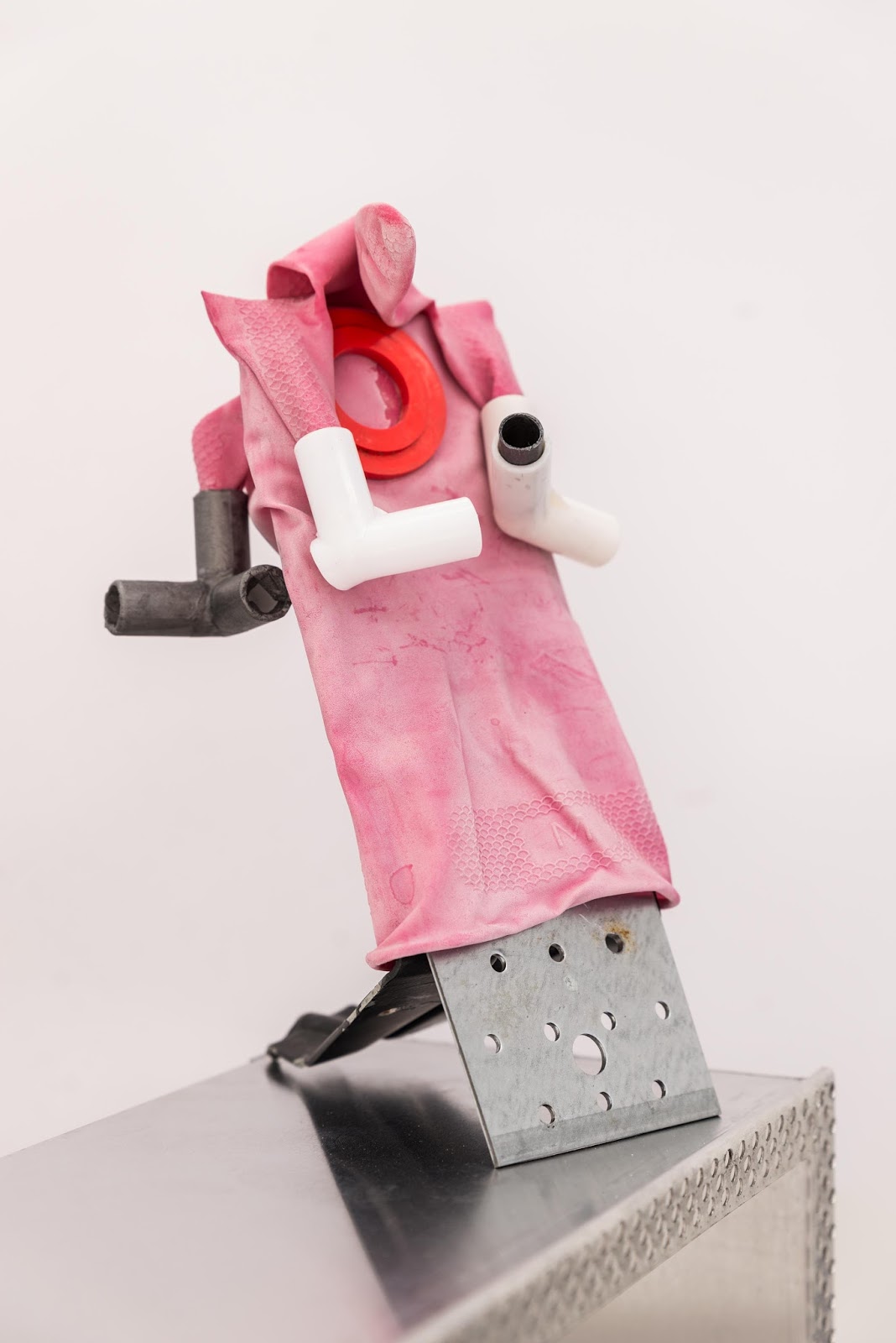 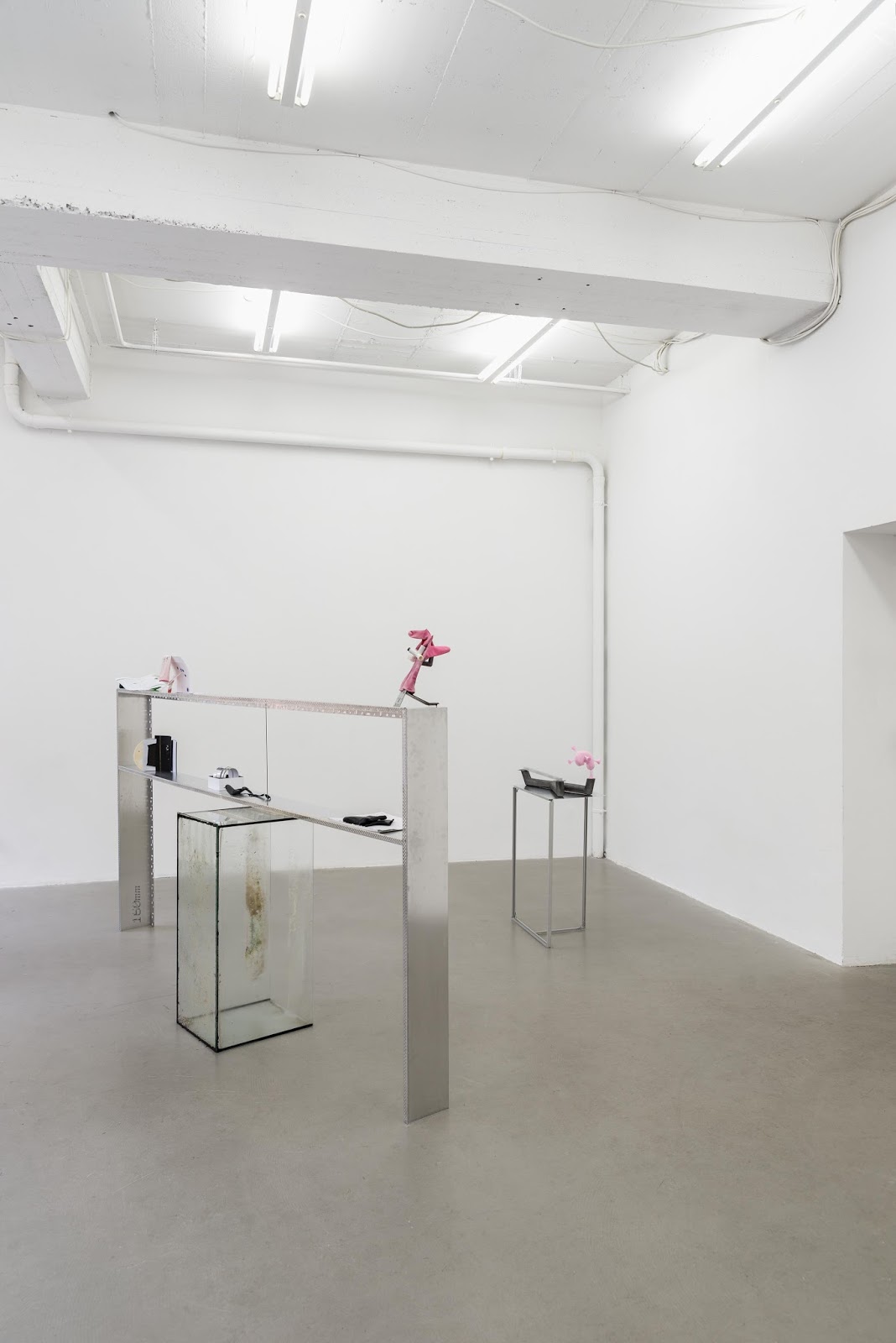 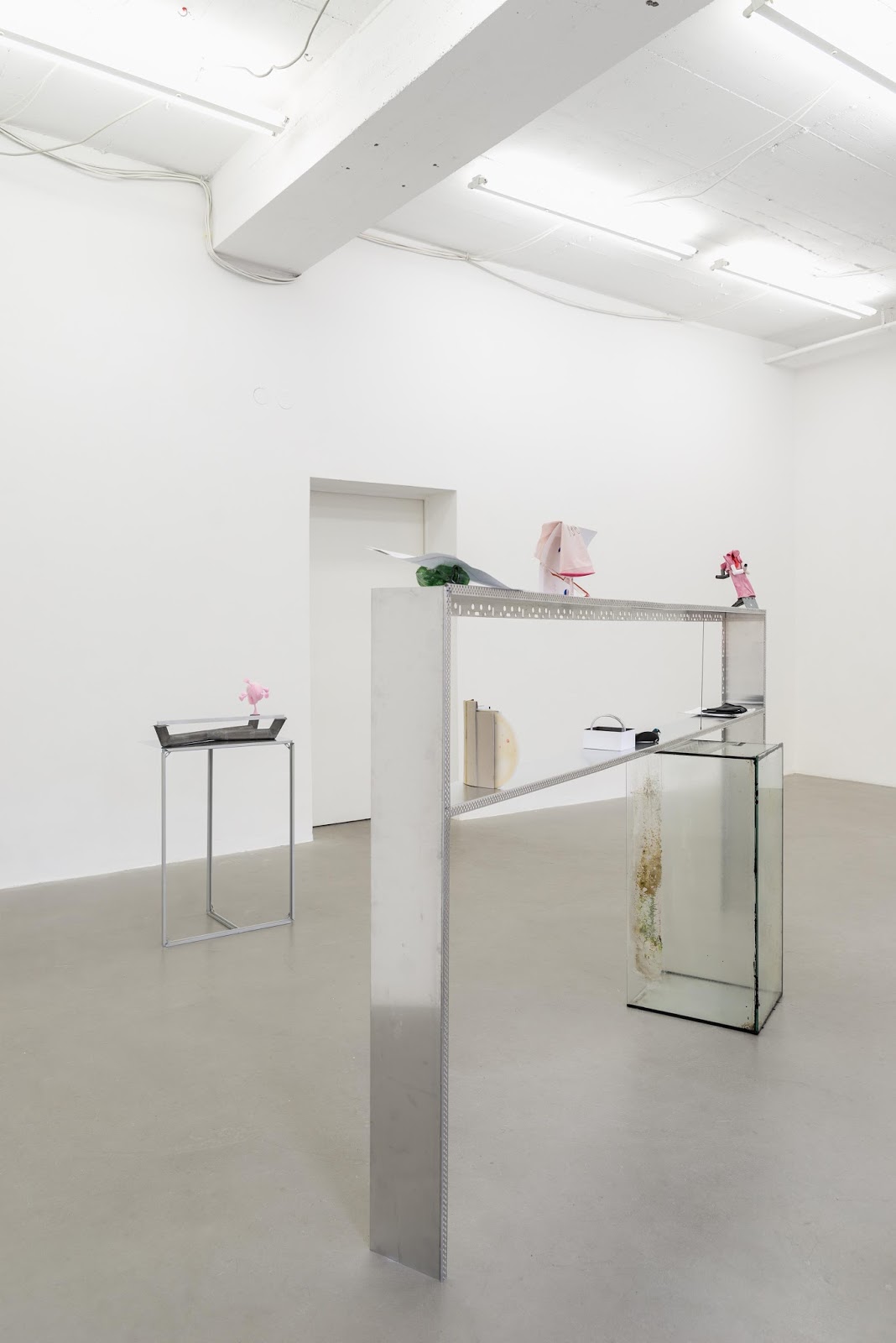 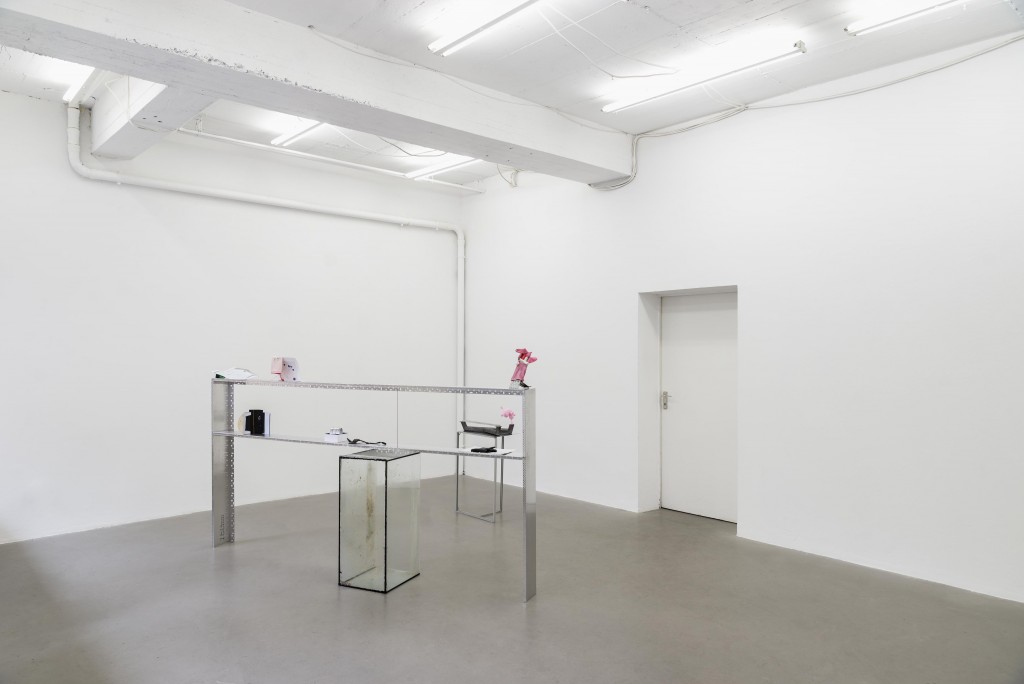 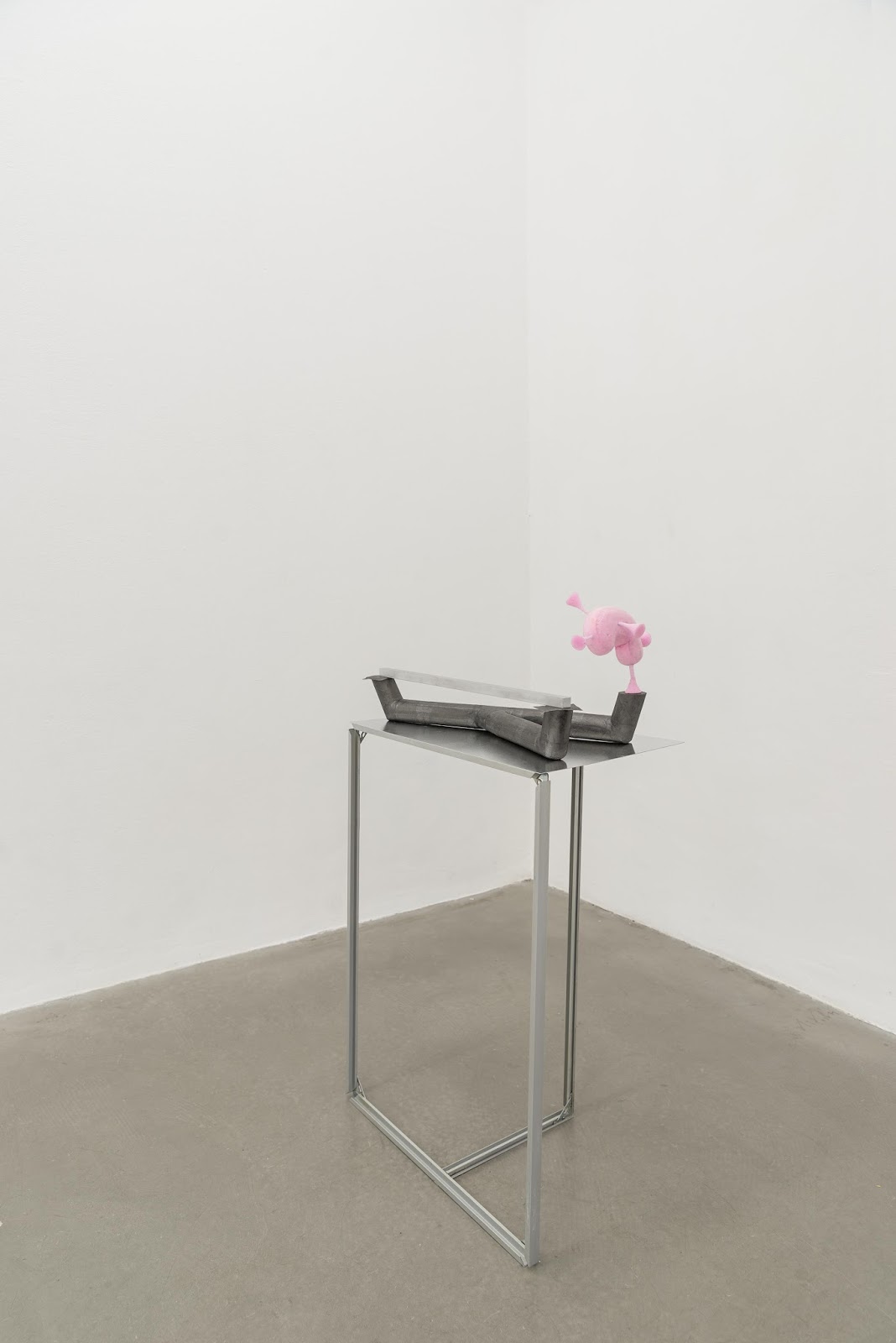 Imre Nagy's (1975) installation „plur.sing.“ comprises seven objects which are arranged together as if fragments of a sentence, in lines of text that run through the exhibition space. The alternating interweaving of how directions move arises from the formal use of diverse industrially-produced materials and found objects with copies of his own photographs and handwritten texts. By combing these materials the artist constructs his own grammar, a reference system relating to his own work; as a rumination on articulation, which unfolds itself in (brackets) in (brackets) in (brackets).

() The two-liner made from metal cover strips stretches out lengthways through the space. The sof strips have been patterned with holes of difering sizes and allow the space to shine through. Arranged in a line, the perforation appears like a coded language, which also allows itself to be felt. Brail, fnger alphabet, old indecipherable handwriting as well as other coded languages and forms of writing are all apparent points of departure? for the object

(()) Pink latex gloves hang empty over a folded piece of paper or are put over metal brackets, the ends of the fngers have been given connecting pieces – three space coordinates which point to opportunities of action, to movement within the space, to activity. Pulled inside out, with the fngertips cut of so that the gloves no longer ofer any protection, they instead ofer a light surface upon which three letters of the fnger alphabet are drawn .

((())) The latex fgures also testify to the absence of a body, as does a plastic bottle crushed by hand which no longer contains any liquid, the aquarium which stands to one side no longer home to either water or fsh and the dissected rubber hose, devoid of air and completely functionless. The materials are all too familiar to us, as if we don't know, intuitively, which society they aesthetically encompass, where we can buy them, where they are to be found, what they are used for, and how they “should” be thought of a in a functional sense.

(((()))) Nagy however, allows other qualities of the materials, which are in part found objects, to speak. Questions of spatialisation are addressed, which, through use of coordinates in the exhibition as three-part connectors, appear in the form of a 'Y' or an 'X'. In this way, for example, a single standing object forms a Y or an X - a box covered in graphite paper, depending on how the aluminium pole is laid. A polystyrene fgure is docked onto the end of the “letter”, whose funnelshaped suckers could maybe be sending or receiving something.

((((())))) We are not experiencing a specifc text, instead we are witness to a subtle and complex artistic formulation, which absorbs all of the parameters of the artist's working methods and makes them tangible for us.