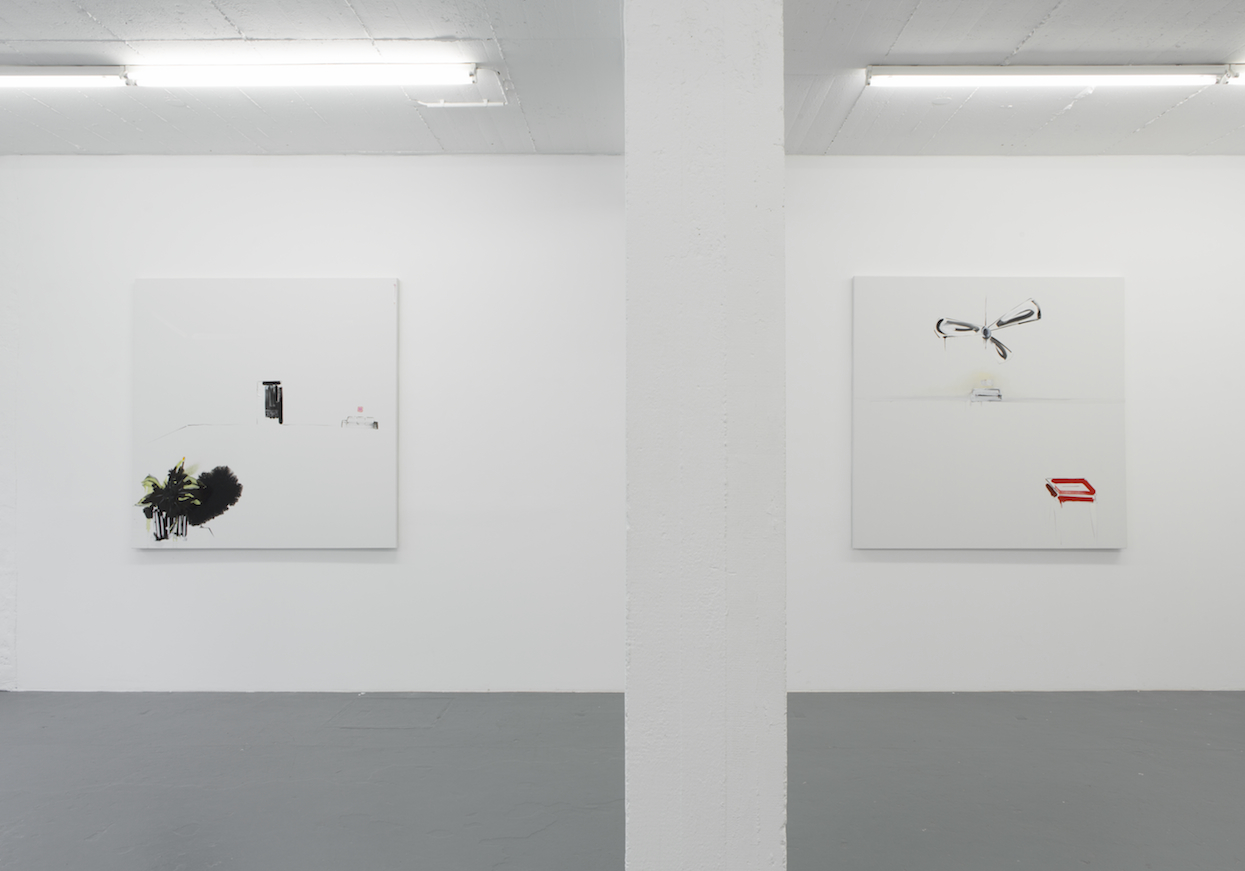 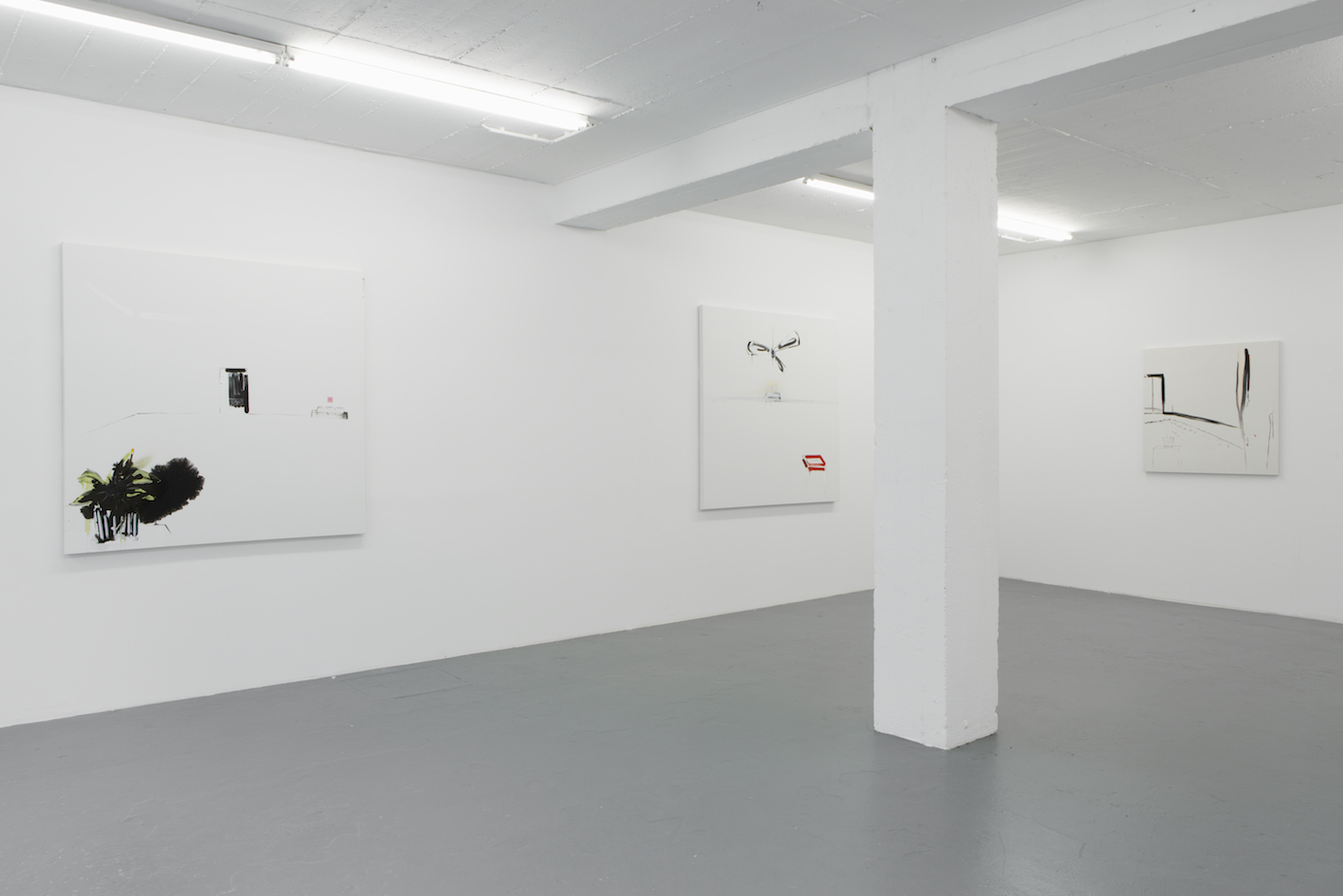 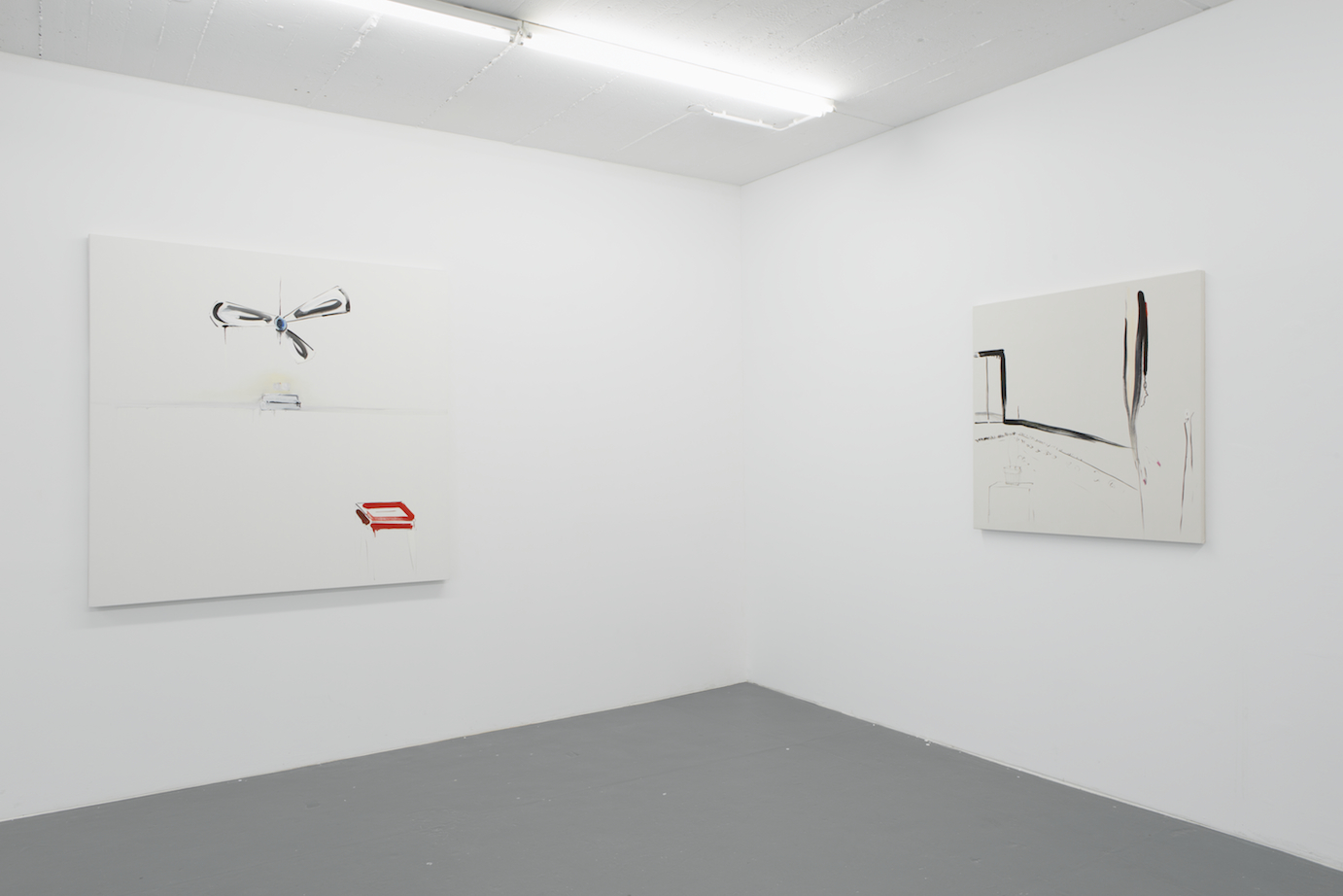 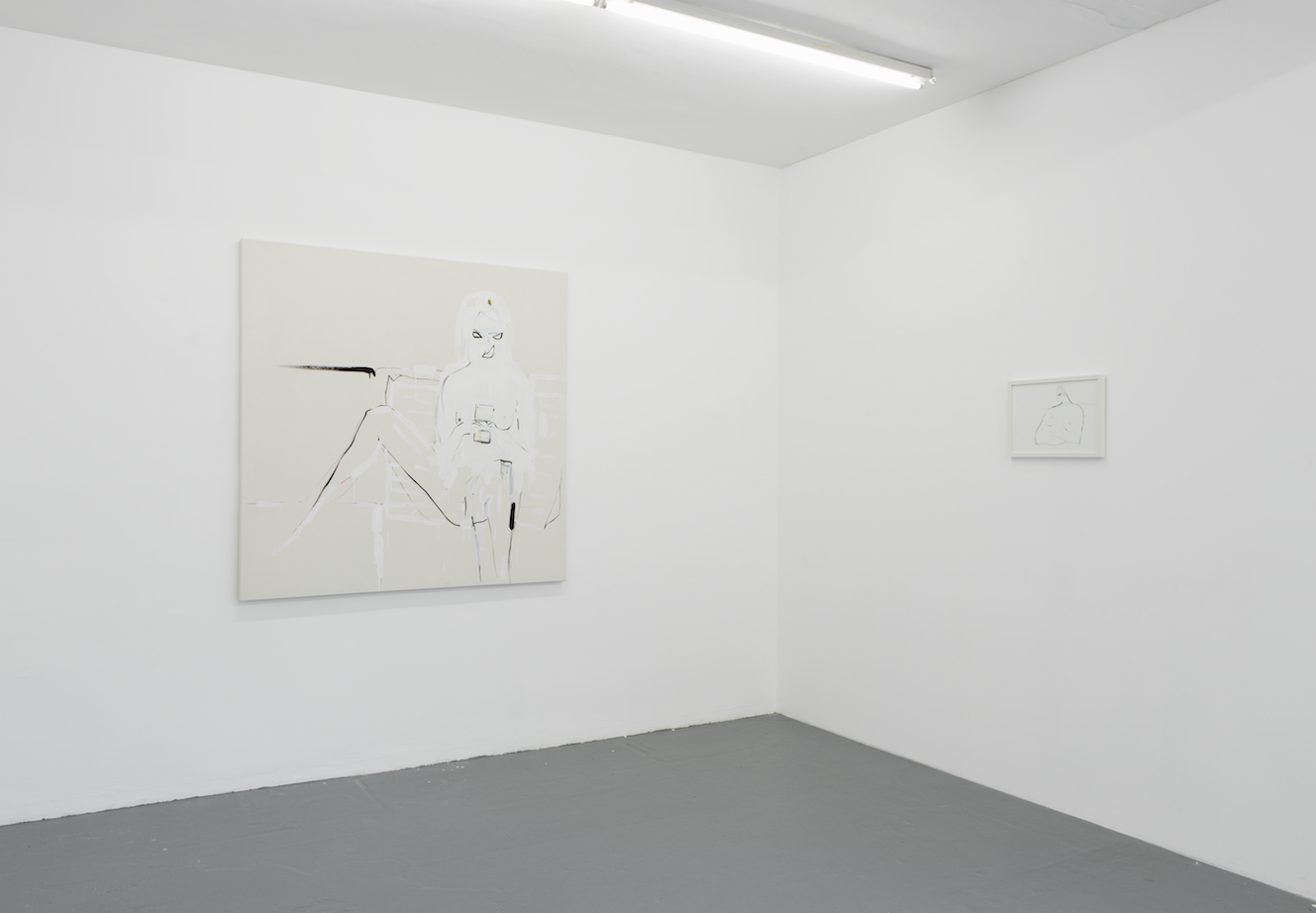 Images courtesy the artist and Martinetz

Inspired by the excessive tagging of sprayers in the fearful times of crisis, Panos Papadopoulos was using text and words as a form of riotous debate in much of his early work. In his most recent paintings, however, he chose to distance himself from the unreliability of words. As Wittgenstein said, “Whereof one cannot speak, thereof must one be silent.” MARTINETZ will be presenting new works by Papadopoulos in which object replaces text. A perspective form of representation has found its way into his new body of work. Normal things that the artist encounters in his everyday life motivate him. Through his own conception of them though, they are represented in an extremely reductive manner. Papadopoulos was born in Athens in 1975. In a conversation with me about his paintings he said, “I only want to concentrate on the most important things in my images, to touch on the essential.” In “Blank Views” exhibition images of interior views depicting plants and armchairs will be on display as well as images of a microphone stand, a naked man taking a selfie or a urinal. Each image is further marked with fine black lines painted in oil, or in some cases accentuated with white, pink or green areas. They are representations of pop-interiors with expressive lines and graphic characteristics. The use of often transparent, primed canvases gives the strong impression that one could be looking at swift compositions, at drawings on paper. The dialogues are now lead by Papadopoulos’ isolated objects and their phallic and feminine qualities. These kinds of sexual connotations were also present in the painter’s earlier series of works, such as in his chosen titles and his use of abstract smears and runs of colour that evoke associations with bodily fluids. Motivated by Freud’s theories, Papadopoulos engages with themes of narcissism and masochism and questions whether such themes are on the increase at present times. The reductive quality of his new works seems to suggest a reflection and to posit a pause or a break. Who needs more noise from unsettling voices and opinions? However, humorous, ironic interruptions are always present too. “Comparatively, one could also describe your early works as chaotic,” I said to him. “Could be,” he replied and then cleverly pointed out that “chaos” comes from the greek word “chasma” which means emptiness or void, a concept which can only really now be visible through his new work. However, he said, he could accept this apparent contradiction.