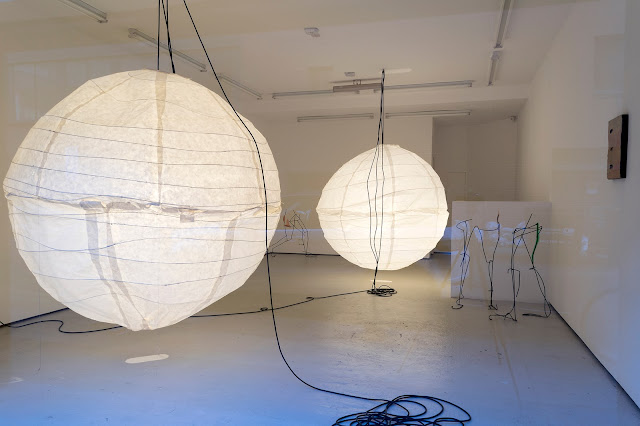 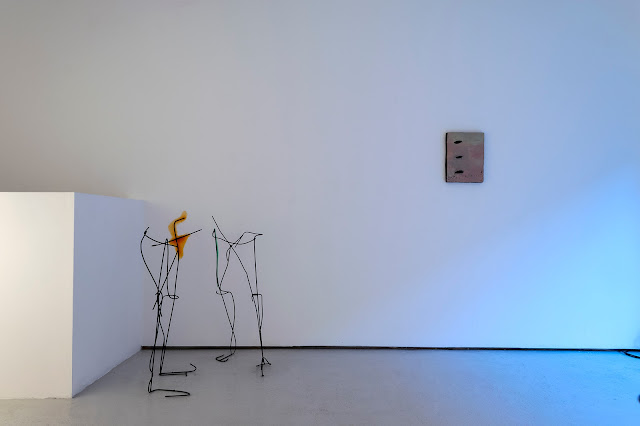 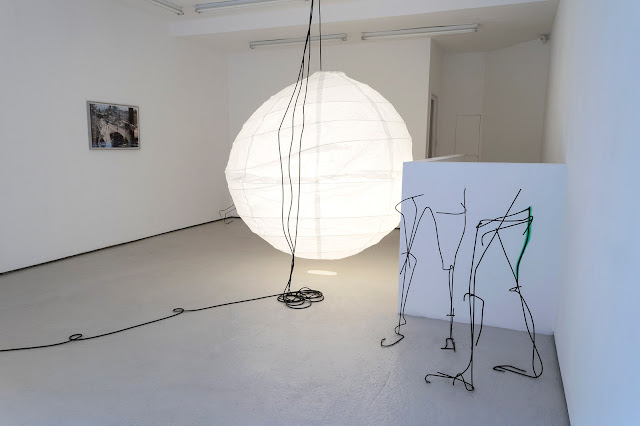 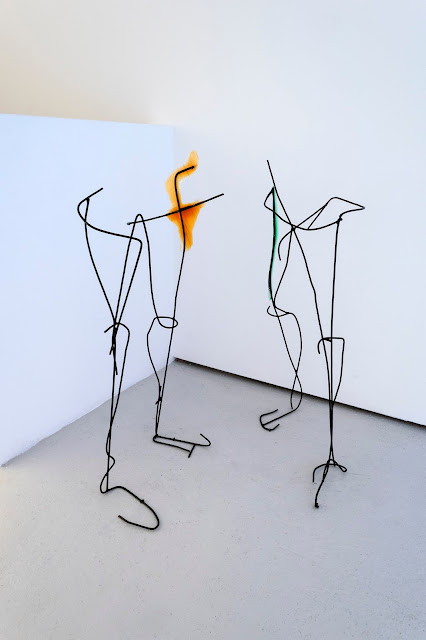 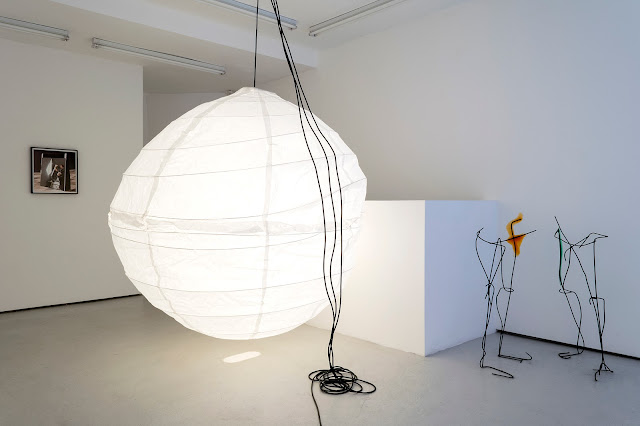 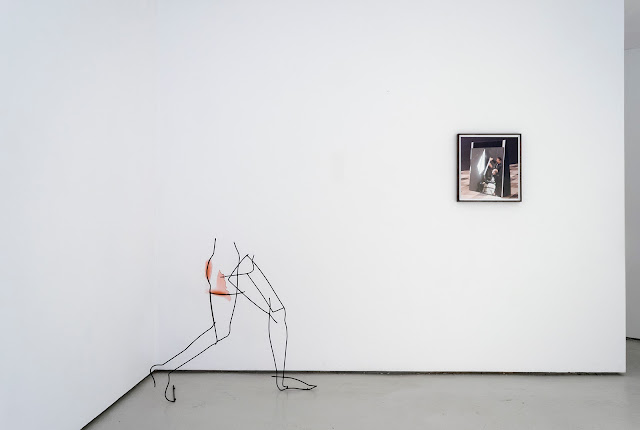 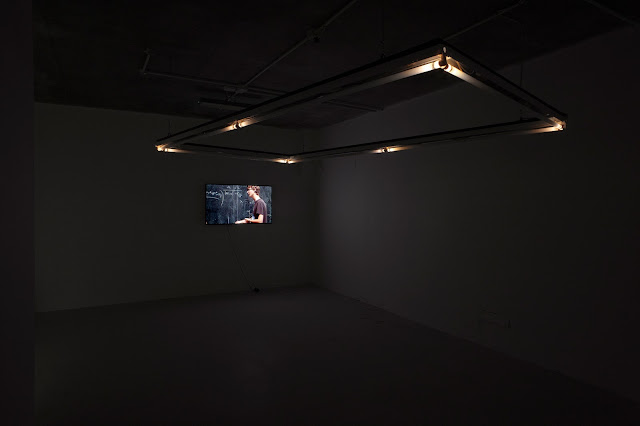 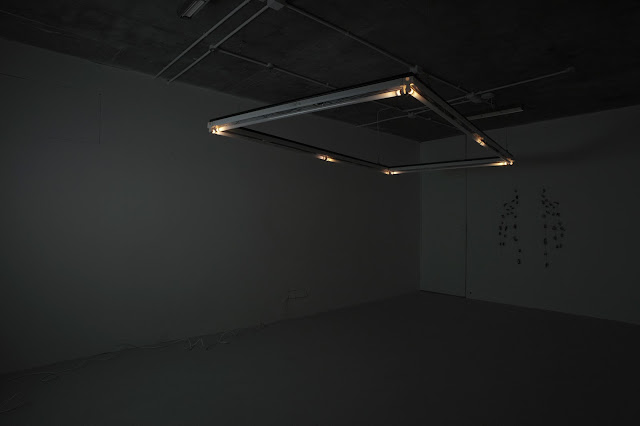 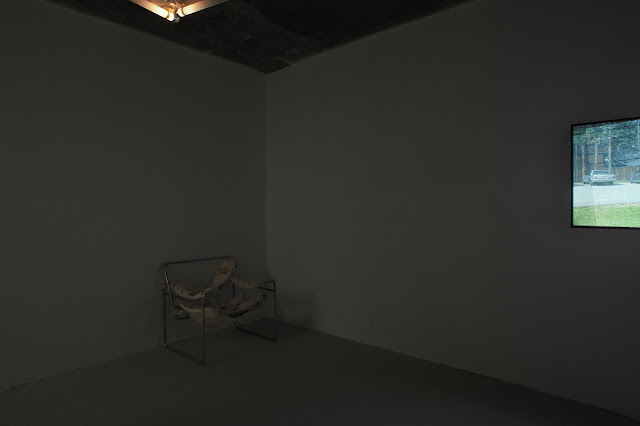 What is both hard and soft? What changes, melts, liquifies, yet is solid? What is both formed and uncomfortable? Structured and loose? Present and potential? – Barbara Rose on Claes Oldenburg’s plastic sculpture, 1970

Neil Beloufa’s video Data for Desire (2015), set in a life-drawing room, shows muscular classical sculpture surrounding – framing – a youthful group of programmers labouring over an algorithm to model human behaviour. Cutting between the life room’s nerdy sobriety and the hedonism of a boozy party, the video’s narrative reveals in ‘real time’ the effects on encounters between partygoers as the programmers vary the algorithm’s inputs:

What if we give ‘X’ more oestrogen to stimulate ovulation?

If we decrease the willingness for ‘Y’ to take risks would they flirt more with ‘X’?

Should we hold the level of ‘Z’s’ testosterone? How much alcohol have they consumed?

The smallest change in one input value is enough to shift the equilibrium, taking time to become visible. Here cybernetics, modelled on the brain, is plugged into the neural network of the brain. The ‘back end’ of code and the ‘front end’ of objects finds a proxy in the ‘off stage’ (supposedly the time of non-labour) and ‘on stage’ of theatre (the time of labour). Maybe it allows us to think about the conditional production of anything and its affects?

Despite this remote biotechnological finessing of desiring bodies (plus brains), achieving a homeostatic system – a relatively stable equilibrium between interdependent parts – seems an unattainable ideal, akin to the classical sculpture that surrounds the programmers, as its subjects are formed also by contingency (symbolized in the video by a rogue moose). Beloufa dramatizes a very contemporary condition between agency and non-agency, freedom and control – most of all control – many of us enact day to day as users of devices and pharmaceuticals (‘It’s the algorithm’s decision. The computer is always right,’ claims one programmer; ‘I just let things happen as they happen,’ says a partying ‘protagonist’).

For Cooper Jacoby acupuncture’s meridian systems might be regarded as a distant antecedent to informational systems. At Union Pacific the disposition of his new wall- and ceiling-mounted works corresponds with these points that plot a diagnostic network theory of the body, which redistribute energy to remove obstructions to circulation. ‘Good health,’ Jacoby observes, ‘is a problem of distribution.’ Recycled materials, such as Fordite, layered automobile paint polished to resemble gem stones, and flickering burnt-out strip lights, fall along these meridians in the gallery, posing questions about the feedback between exhausted and replenished bodies and the interface between networks and matter.

Writer Paul B. Preciado argues that in our time, which he characterizes as the ‘pharmaco-pornographic’ society of control, technologies of subject formation no longer come from outside the body, as, say, Jeremy Bentham’s well-known example of the panopticon, but instead enter the body to form part of it: ‘they dissolve in the body. They become the body’. This is because ‘we live in an era of proliferating bio-molecular, digital and high-speed technologies; of the soft, light, slimy, jelly technologies; of the injectable, inhalable, and incorporable technologies’: testosterone gels, the pill, pscyho-tropics. For Preciado, this new body is a body of techno-life. It is neither an organism, nor a machine; nature, nor culture; it is a techno-body. Alongside Data for Desire (2015), at Union Pacific Beloufa exhibits Rationalized Legs (2015), steel re-bar sculptures that pooh-pooh the possibility of ideal bodies. Re-bar, the essential infrastructure of poured concrete modernist architecture, those machines for living in, speaks to the iconic modernism of Melanie Mantraga’s Breuer-style chair. Slung with sweaty silicon, it, with Rationalized Legs , complicates modernism’s machinic rationalism. (Silicon, bioengineering scientists have recently learnt, dissolves in the body, is ‘resorbable’.)

In an article titled ‘Subject Put to the Test’ ( Texte Zur Kunst : No. 90 / June 2013), Sabeth Buchmann and Constanze Ruhm, responding to Luc Boltanski and Ève Chiapello‘s The New Spirit of Capitalism (1999), argue that contemporary performance artists, for example Karen Cytter or Pauline Boudry and Renate Lorenz, dissolve the binary of ‘off stage’ and ‘on stage’ by exploring the in-between state of the rehearsal. In doing so, the authors suggest, they reproduce fundamental conditions of neoliberalism: precariousness, permanent productivity and, in particular, flexibility: the collapse of non-labour time into labour time. Life becomes a rehearsal. A rehearsal for what exactly? Can we afford to be flexible today? Perhaps sculpture – perhaps sculpture in an expanded sense presented here – can instruct us?

Flexibility’s coming consciousness, the philosopher Catherine Malabou has claimed, is plasticity. (Are we not, after all, in an age of plastic? If the anthropocene periodizes an epoch when human activities register a trace on the Earth’s geology, anthropologists have coined the term ‘plasticene’ to name the global spread of plastics after the second world war.) In French plasticité implies the giving, receiving, exploding and regeneration of form. The noun plasticity, Malabou writes, links etymologically with two older words, the substantive ‘plastic’ and the adjective ‘plastic’. All three words derive from the Greek plassein, meaning ‘to model’ or ‘to mold’. The adjective ‘plastic’ has two meanings. Firstly, ‘to be susceptible to changes of form’ or ‘to be malleable’. For this Malabou uses the example of clay, which in this sense would be ‘plastic’. Secondly, it means ‘having the power to bestow form’, as in the expression ‘plastic surgeon’ or ‘plastic art’ understood as the arts of sculpture or ceramics.

Responding to the brain’s plasticity – its ability to change throughout its life by reconnecting neural pathways – Malabou speaks of our own potential to sculpt or ‘re-fashion’ ourselves and, by extension, to re-form our society through transdifferentiating into new and potentially freer, more open and more democratic socio-political forms. ‘The concept of plasticity,’ Malabou writes, ‘has an aesthetic dimension (sculpture, malleability), just as much as an ethical one (solicitude, treatment, help, repair, rescue) and a political one (responsibility in the double movement of the receiving and the giving of form).’

If plasticity speaks of the power of encounter to catalyze new forms of life, how might it apply to the encounter with art? Curiously, there’s little to suggest that Malabou’s model for sculpture might be anything other than those classical forms that frame Beloufa’s programmers. What if it were Erika Verzutti’s Cold and Medium (2015)? Could it account for the flat formalism of Marina Pinsky’s photographs? This is an intriguing thought. From humans to things, the motile to the neural, the pharmaceutical to the algorithmic, plasticité is a powerful way of thinking about form’s relationship to the sculptural body.
Jonathan P. Watts