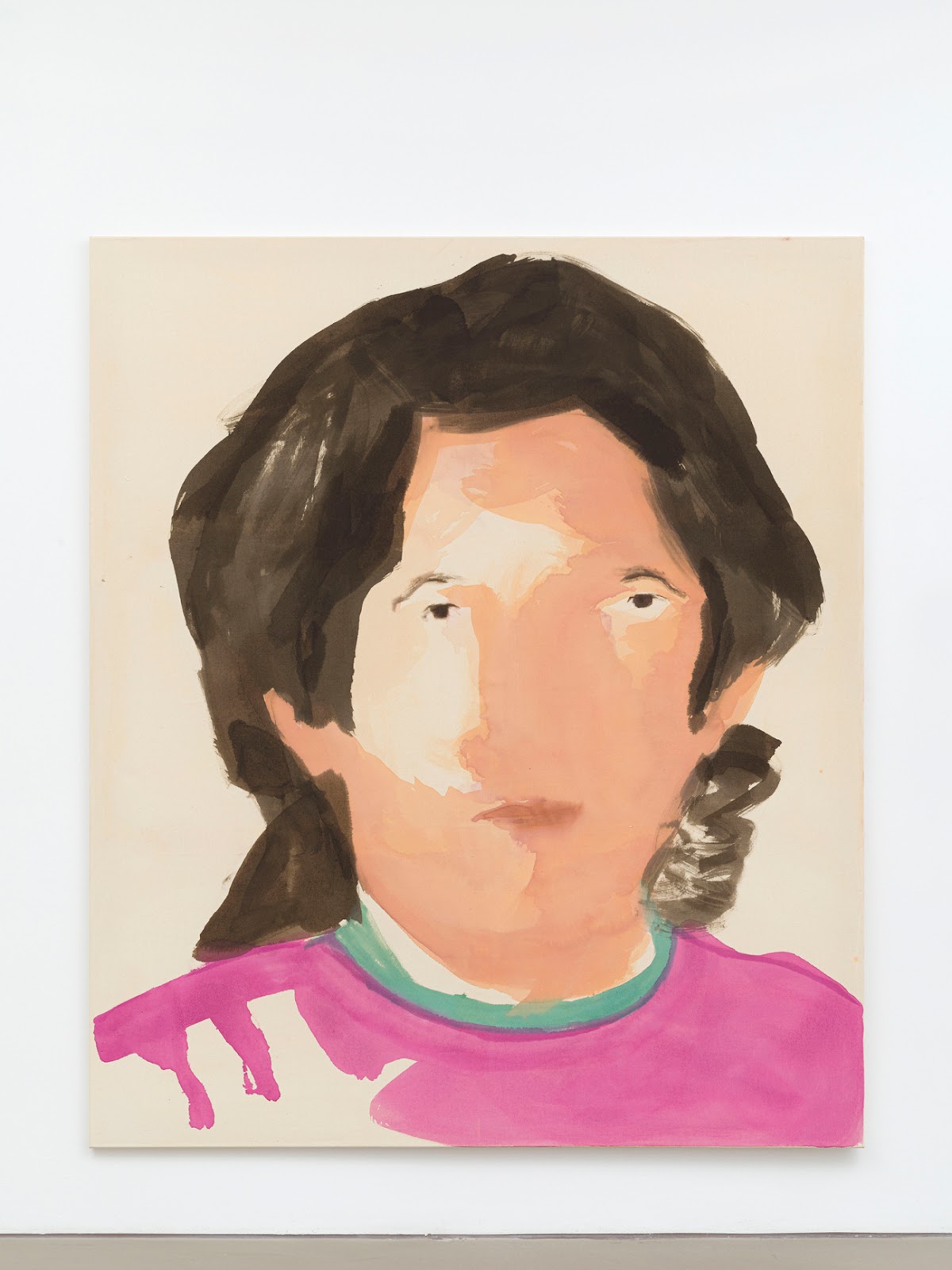 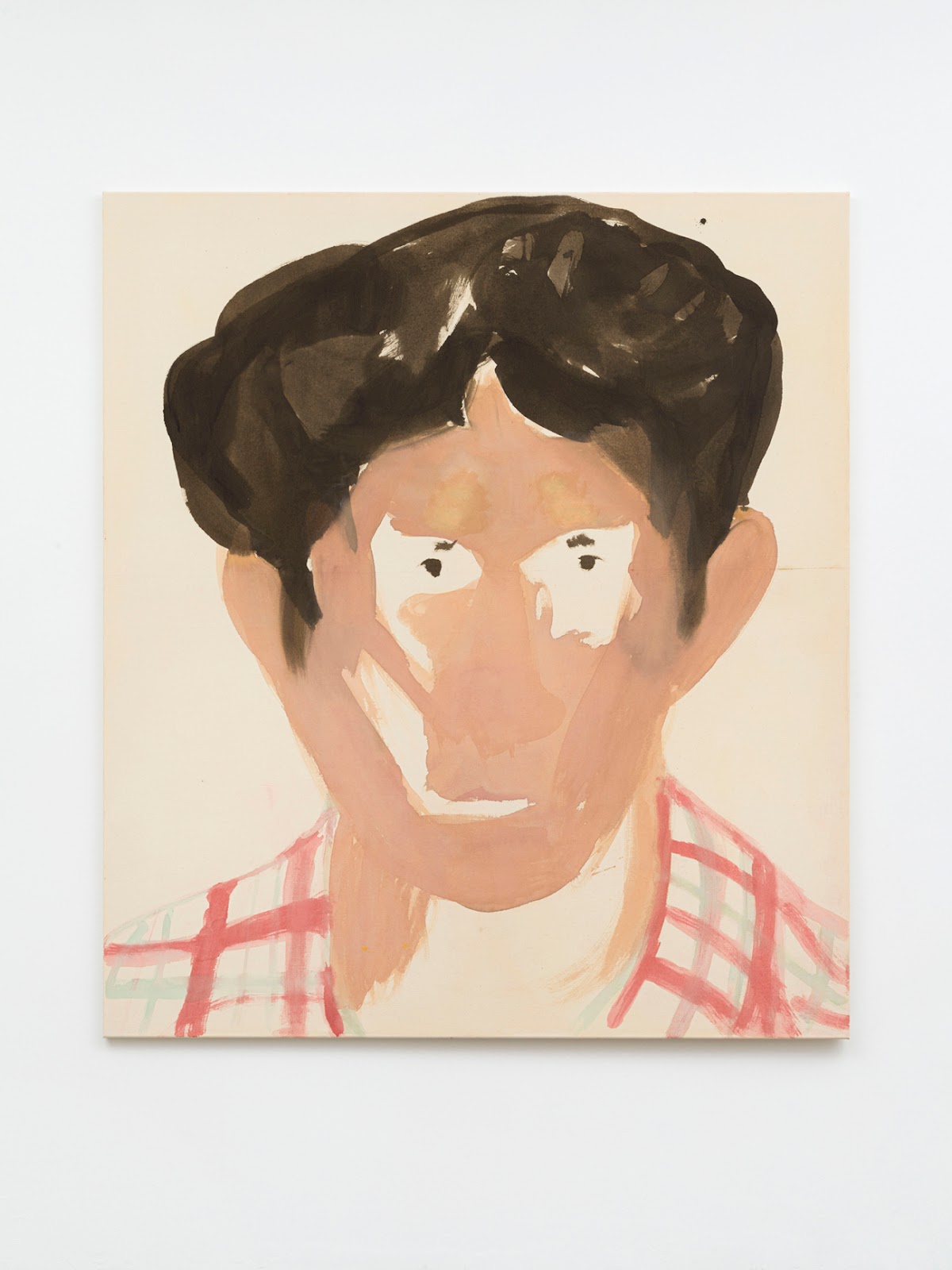 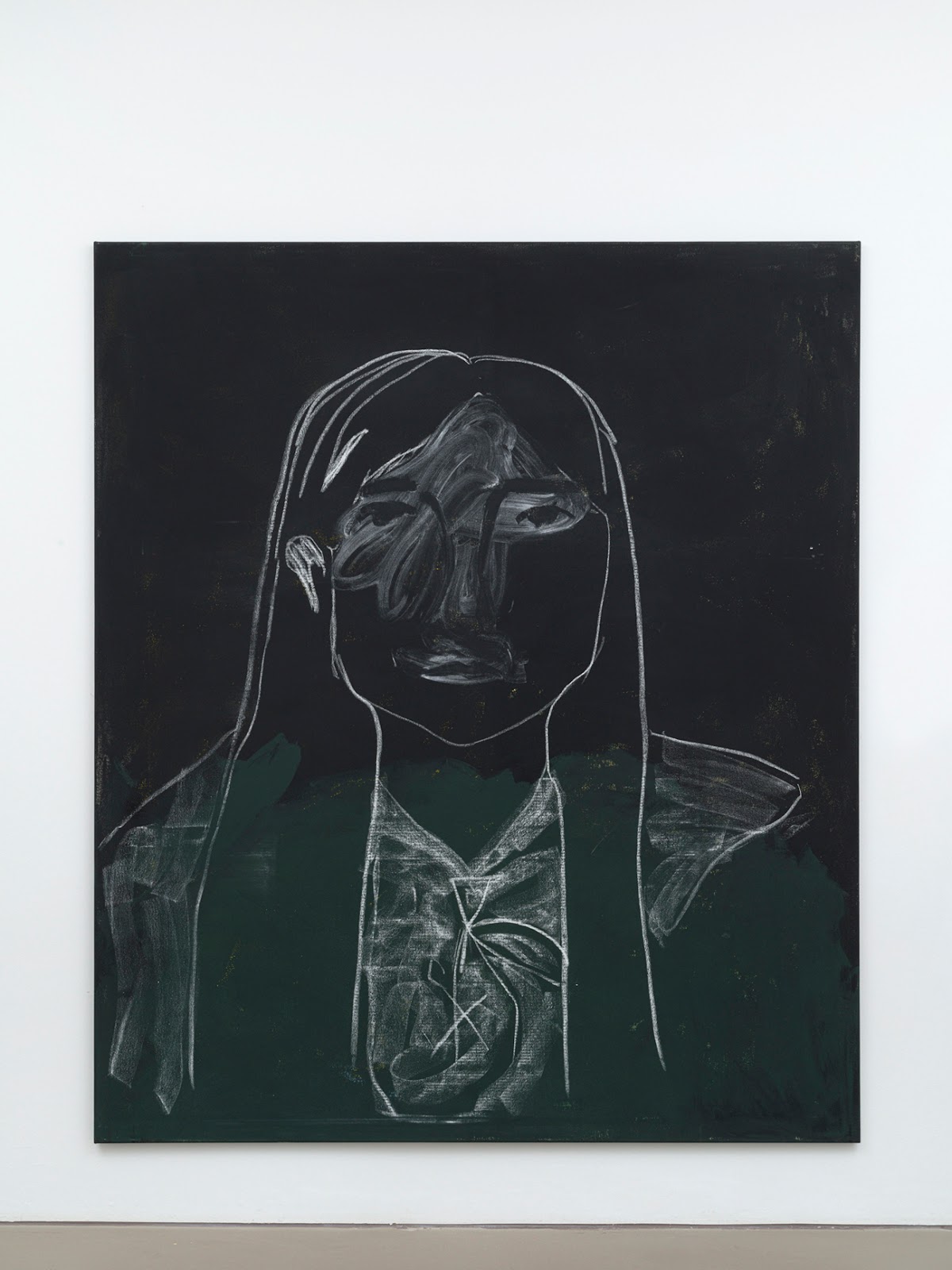 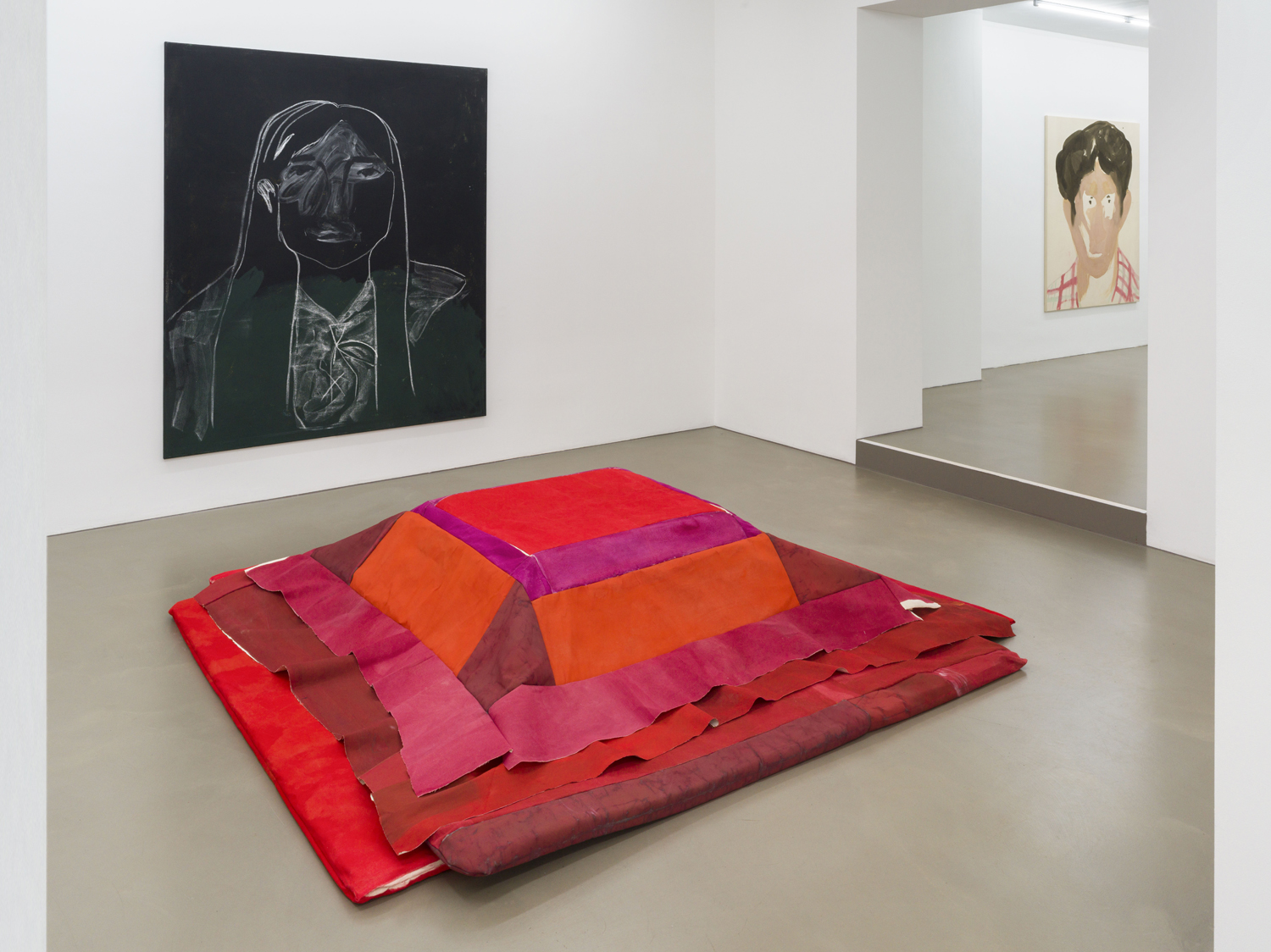 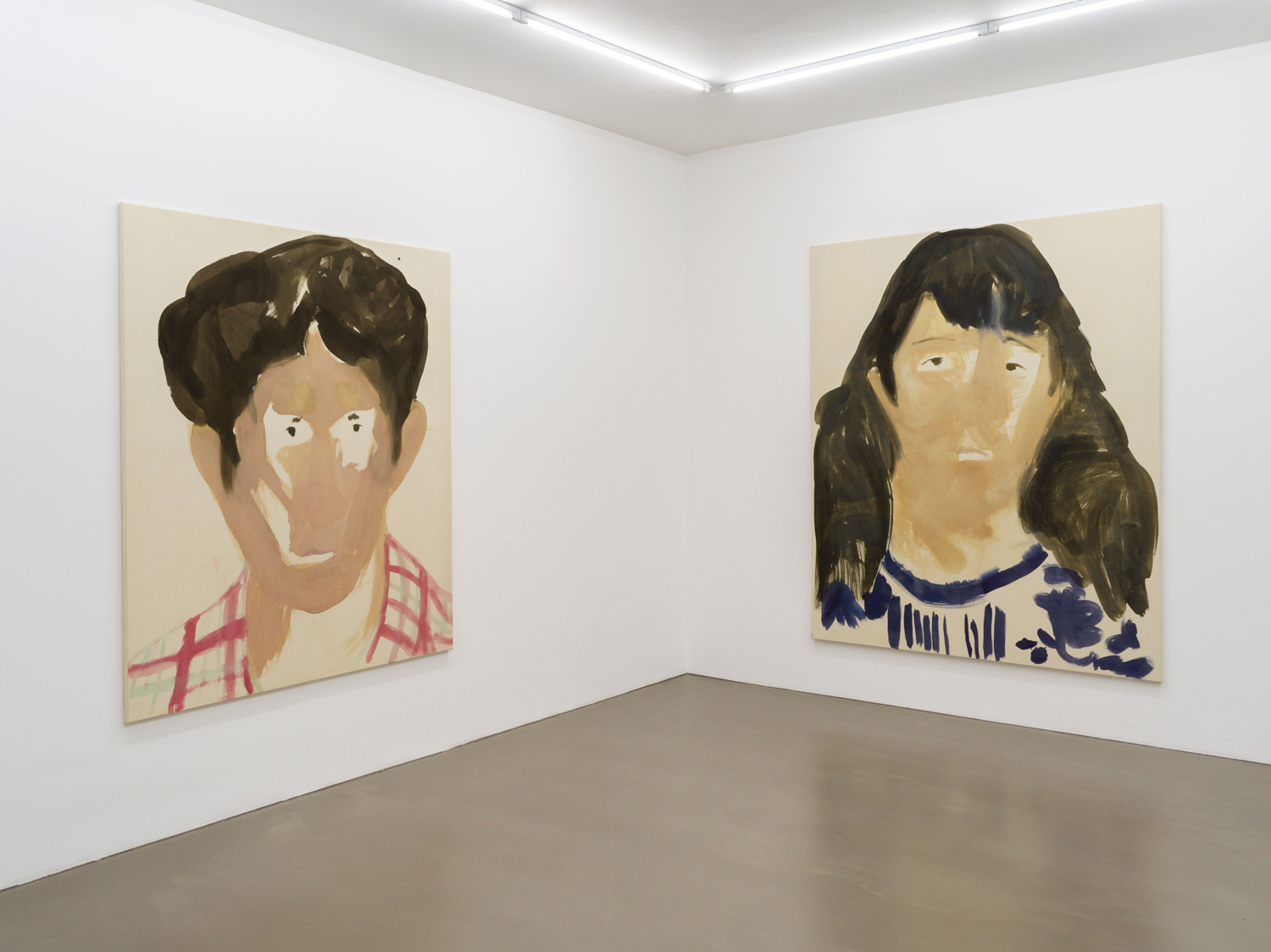 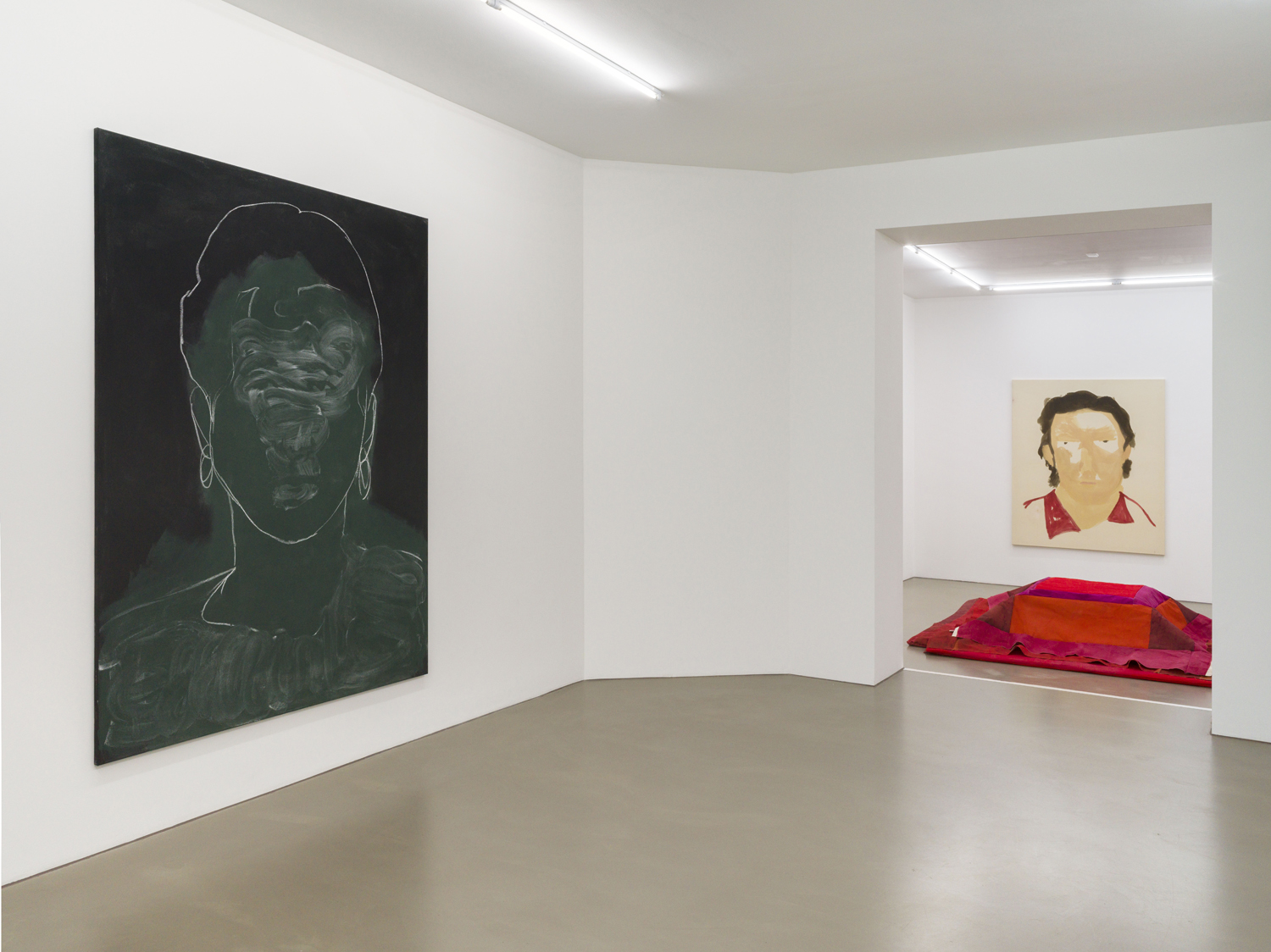 Galerie Guido W. Baudach is delighted to present its fourth solo exhibition of works by Tamina Amadyar. Under the title setting the table, the Berlin-based artist is showing new paintings as well as a new sculpture.

In recent years, Tamina Amadyar has become known for her equally expressive and reduced color field paintings, which emerge from the transformation of personal experiences into abstract painting. The starting point has always been representational works on paper, in which the artist primarily processes her reality. In addition to spatial motifs, objects and people from Amadyar‘s immediate environment often appear.

The latter are now also the focus of her new paintings. Thus, in the exhibition one encounters mainly portraits, or more precisely, shoulder pieces in frontal view. The consistently large format paintings show faces belonging to members of the artist‘s family. They convey a sense of intimacy, an impression that is reinforced by the largerthan-life depiction. At the same time, these portraits are anything but naturalistic reproductions of the likenesses of her protagonists. For, analogous to her other painterly practice, Amadyar does not attempt to reproduce her motifs faithfully here either, but on the contrary endeavors to dissolve them and to work out what seems substantial to her.

Various ink and watercolors form the painting material specially selected for this series of works. They have similar properties to the glue paints of the abstract color field paintings, they are transparent and dry quickly, but they also lead a life of their own that is difficult to control, for example by involuntarily melting or flowing into each other. Subsequent corrections to the picture are more or less impossible. Amadyar therefore approaches the canvas lying on the floor with due calm. A few, quickly executed brushstrokes must suffice to create the desired image of the person portrayed. Details, such as clothing, are only hinted at. The background is always the white of the untreated cotton canvas.

Amadyar‘s painterly economy goes almost further in two canvas portraits also on display, executed in white chalk on a dark panel background. Figures and faces appear here as pure silhouettes, sometimes drawn through as if with a single stroke, sometimes blurred, repositioned and modelled into the blurred. The works appear as delicate as they are intense. The contrast with the light backgrounds of the ink and watercolor paintings creates an additional tension.

In the midst of this situation, Amadyar places a work that may surprise some in terms of its medium and at the same time builds a bridge to her hitherto predominant practice: a floor sculpture made of pieces of pigmented canvas of different sizes that are sewn together to form a kind of cover that lies on a substructure hidden underneath. The colored fabrics in different shades of red come from various color field paintings that Amadyar found unsuccessful, assorted and cut up. Circumferential seat cushions of the same material round off the peculiar-looking arrangement.

sandali, as the work is titled, is inspired by a traditional warmer of the same name from Amadyar‘s country of origin, Afghanistan, where glowing coals are piled up under a flat table covered with blankets so that the whole family during the cold season can make themselves comfortable, eat, drink and chat together.

With setting the table, Tamina Amadyar expands her previous practice. New working methods and pictorial languages are finding their way into her work, appearing alongside the familiar painterly abstractions and the figurative works on paper. At the same time, with the exhibition she creates a place where all parts of the whole, like the members of a family at a table, come together.

Tamina Amadyar (*1989 in Kabul), lives and works in Berlin. She studied at the Dusseldorf Art Academy from 2008 to 2014. Since then, her work has been shown in various exhibitions at home and abroad. She is represented in numerous collections internationally. From 2018 to 2020, she was a visiting professor at the State Academy of Fine Arts Karlsruhe. In 2021, Tamina Amadyar was awarded the ars viva prize for fine arts by the Kulturkreis der Deutschen Wirtschaft.