Nana Sachini / Through the Clearing 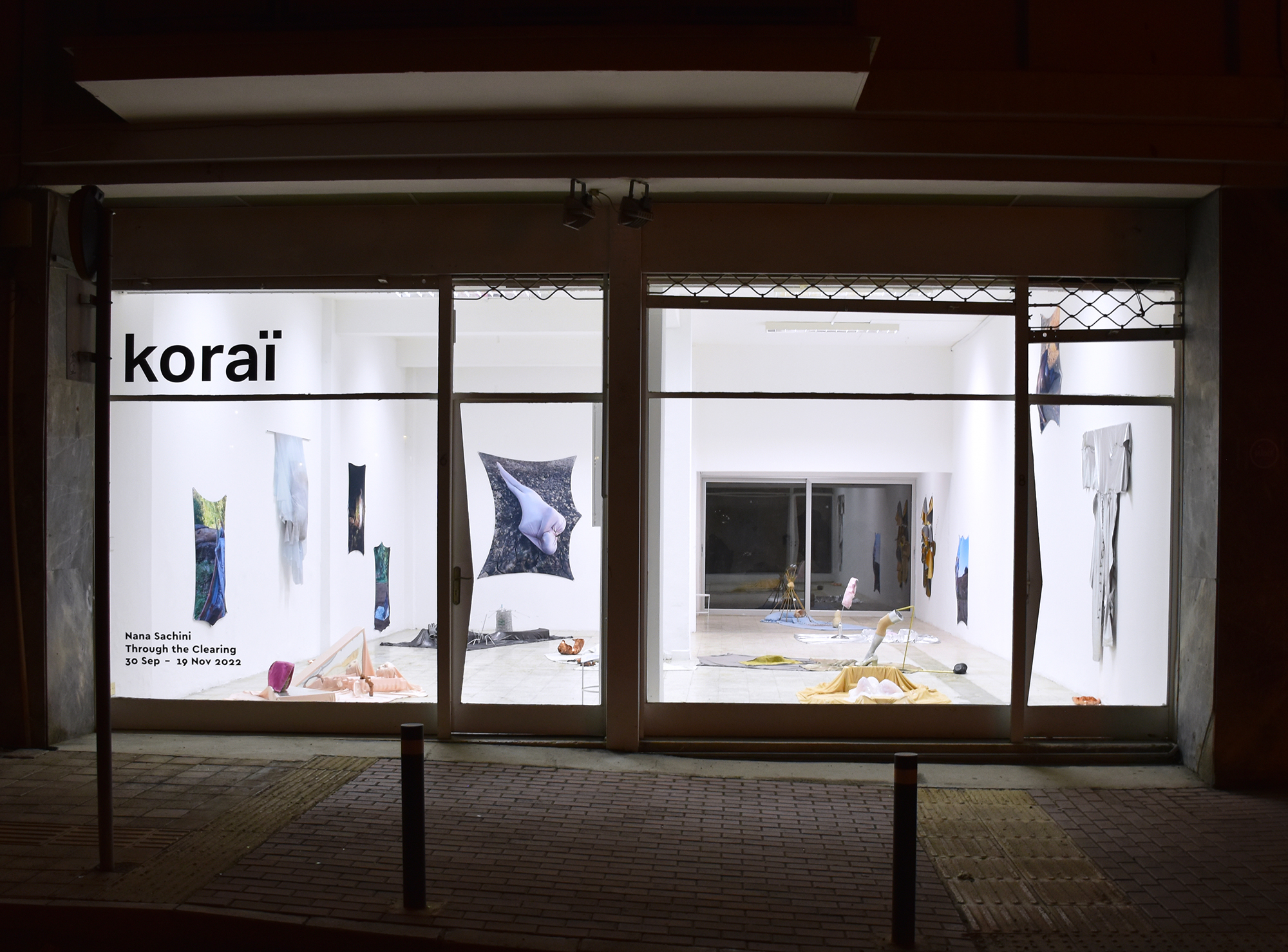 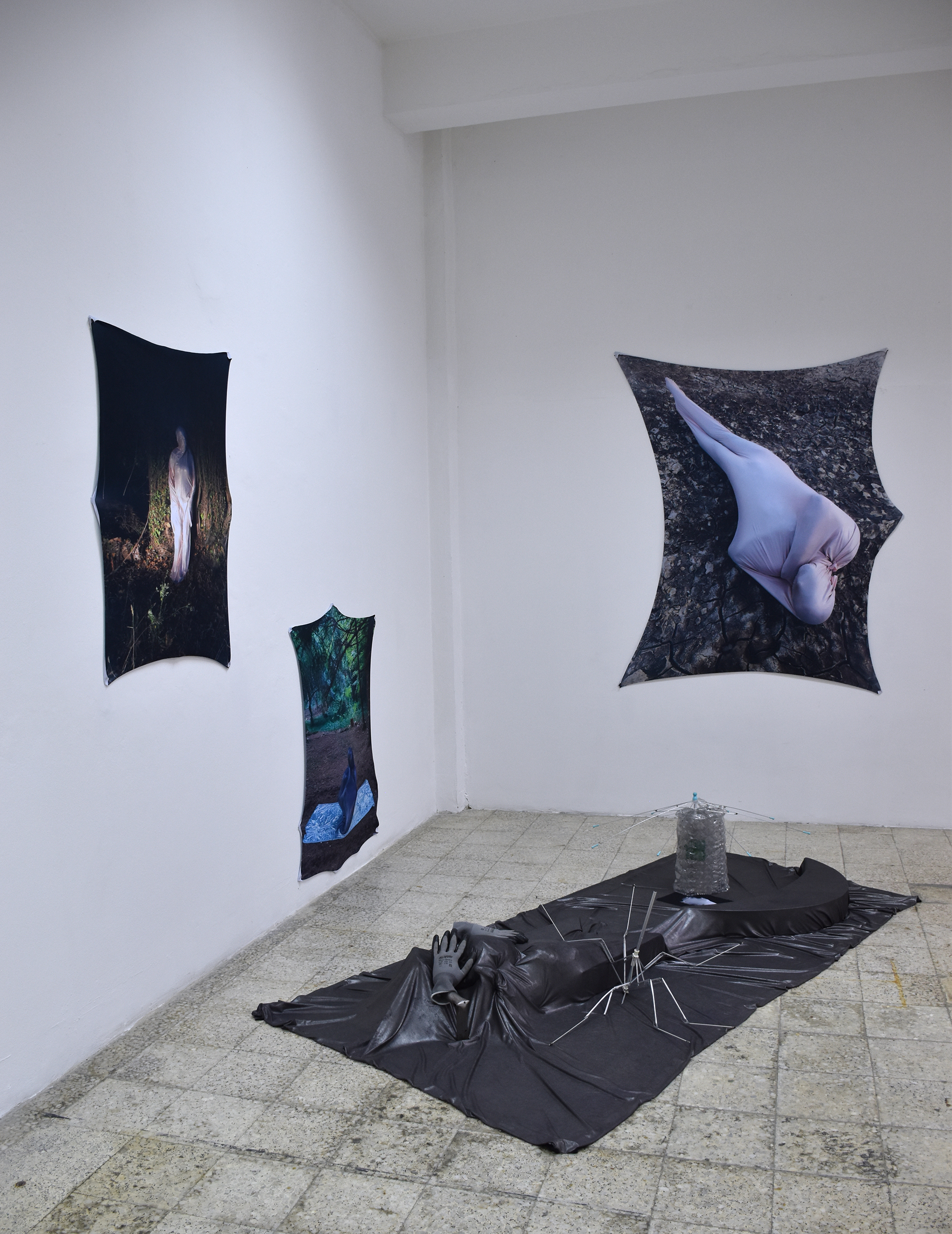 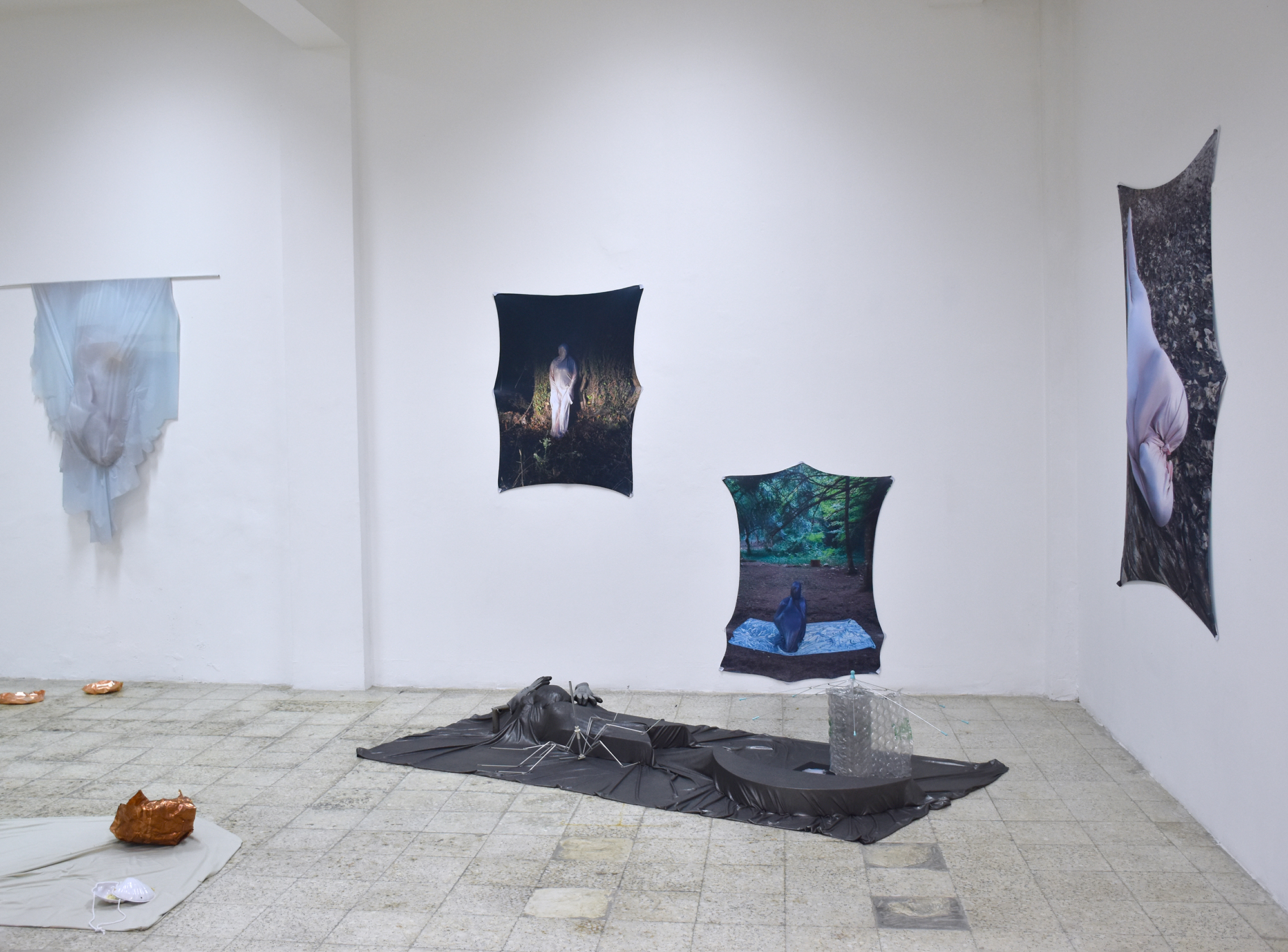 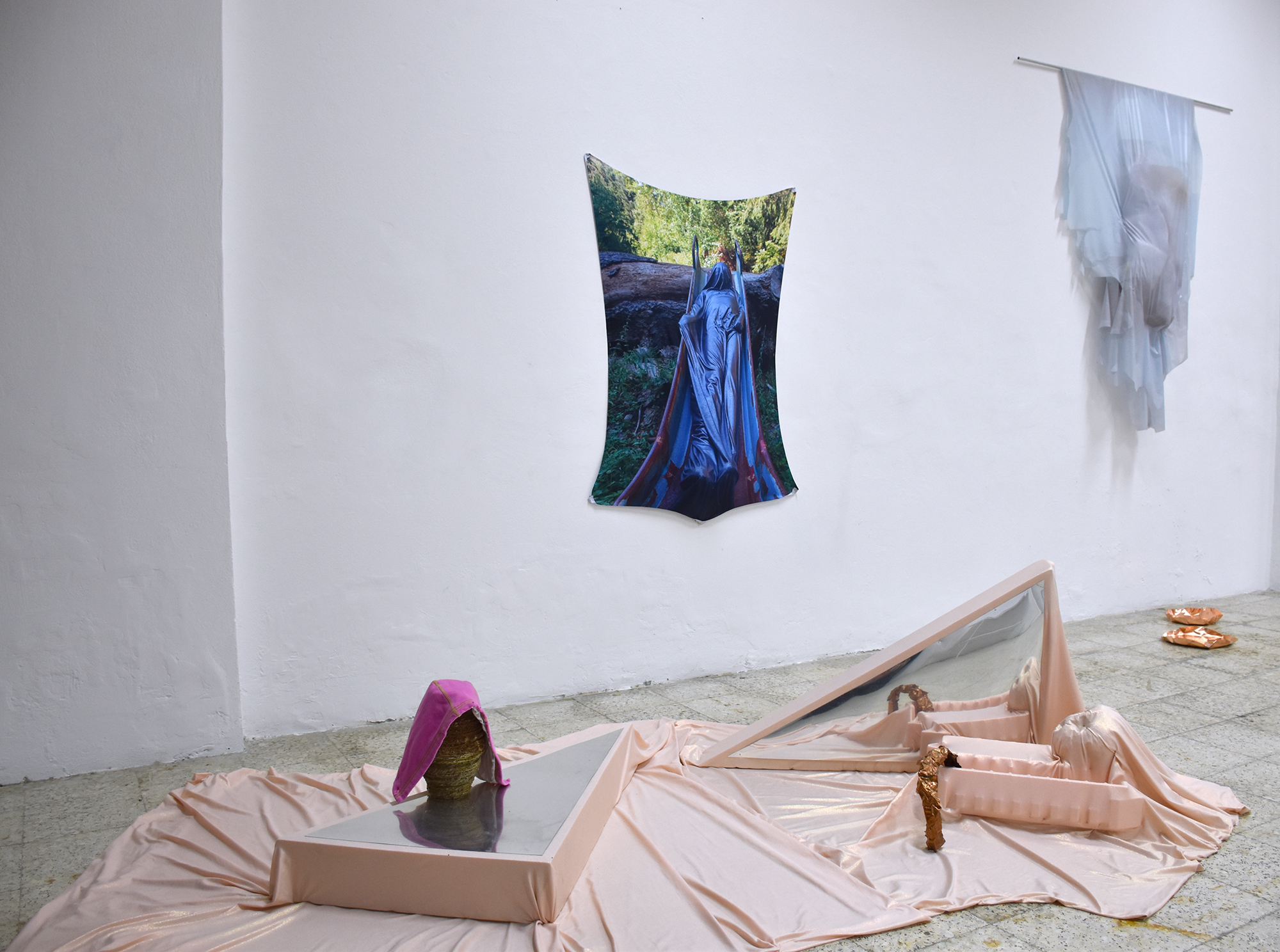 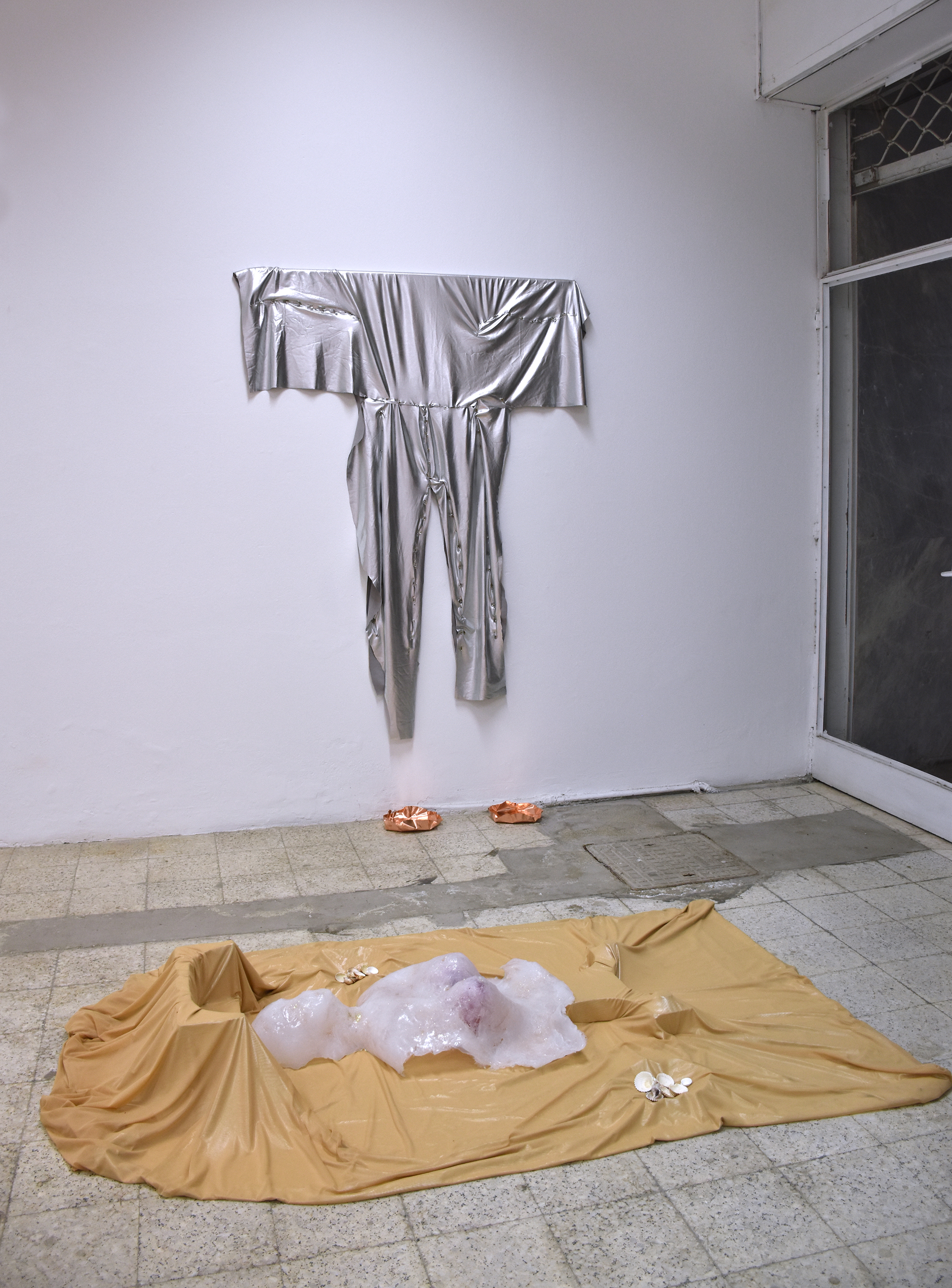 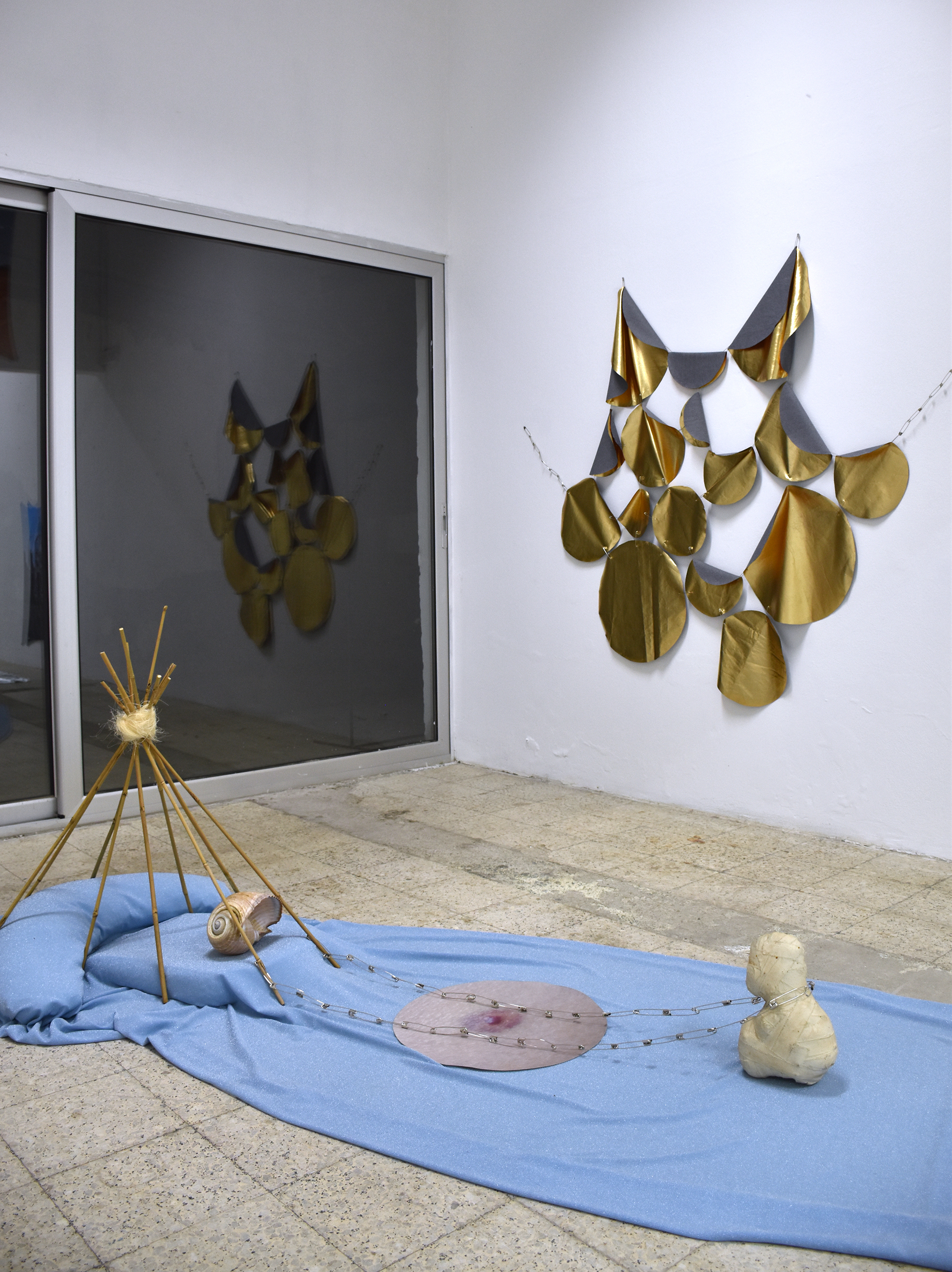 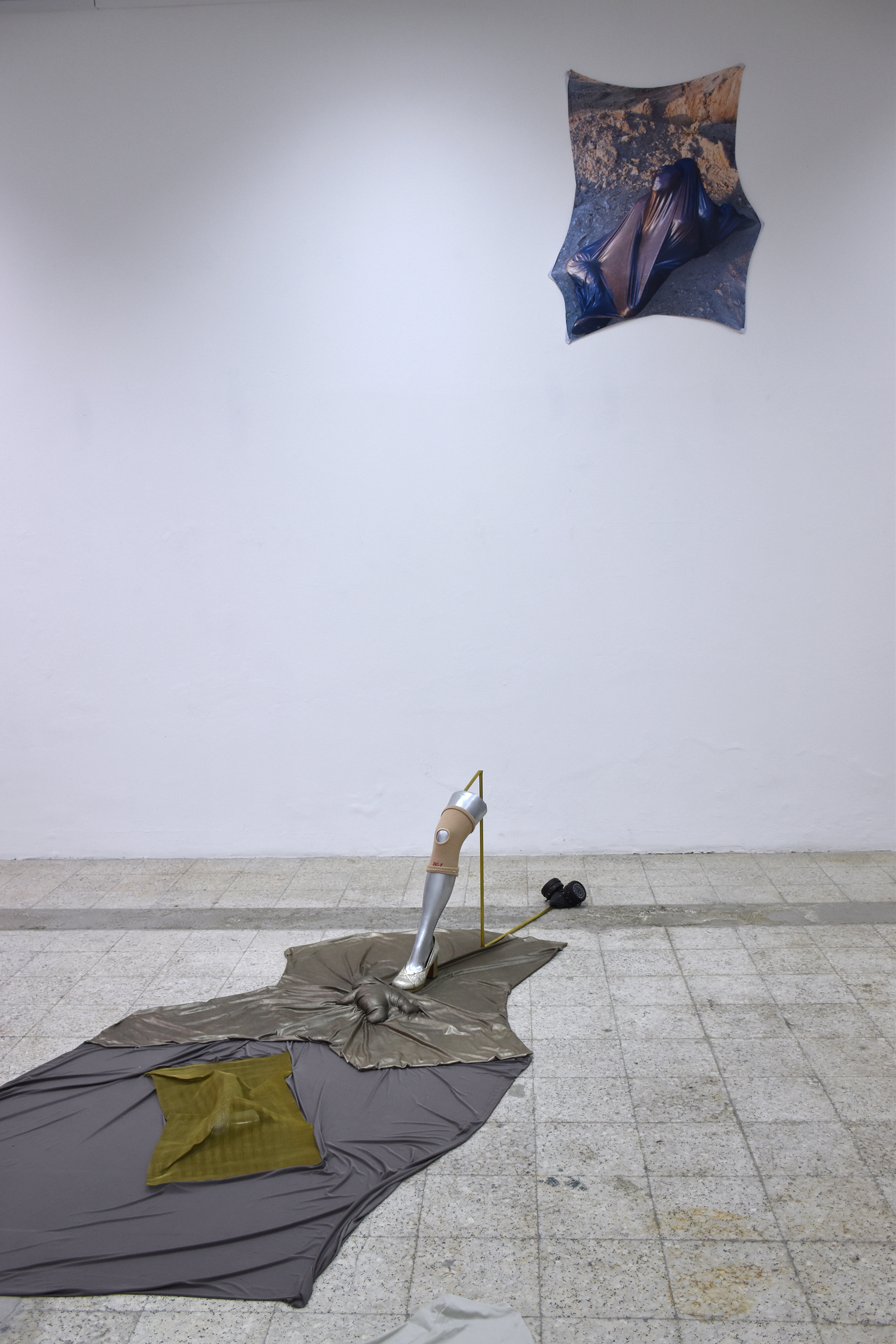 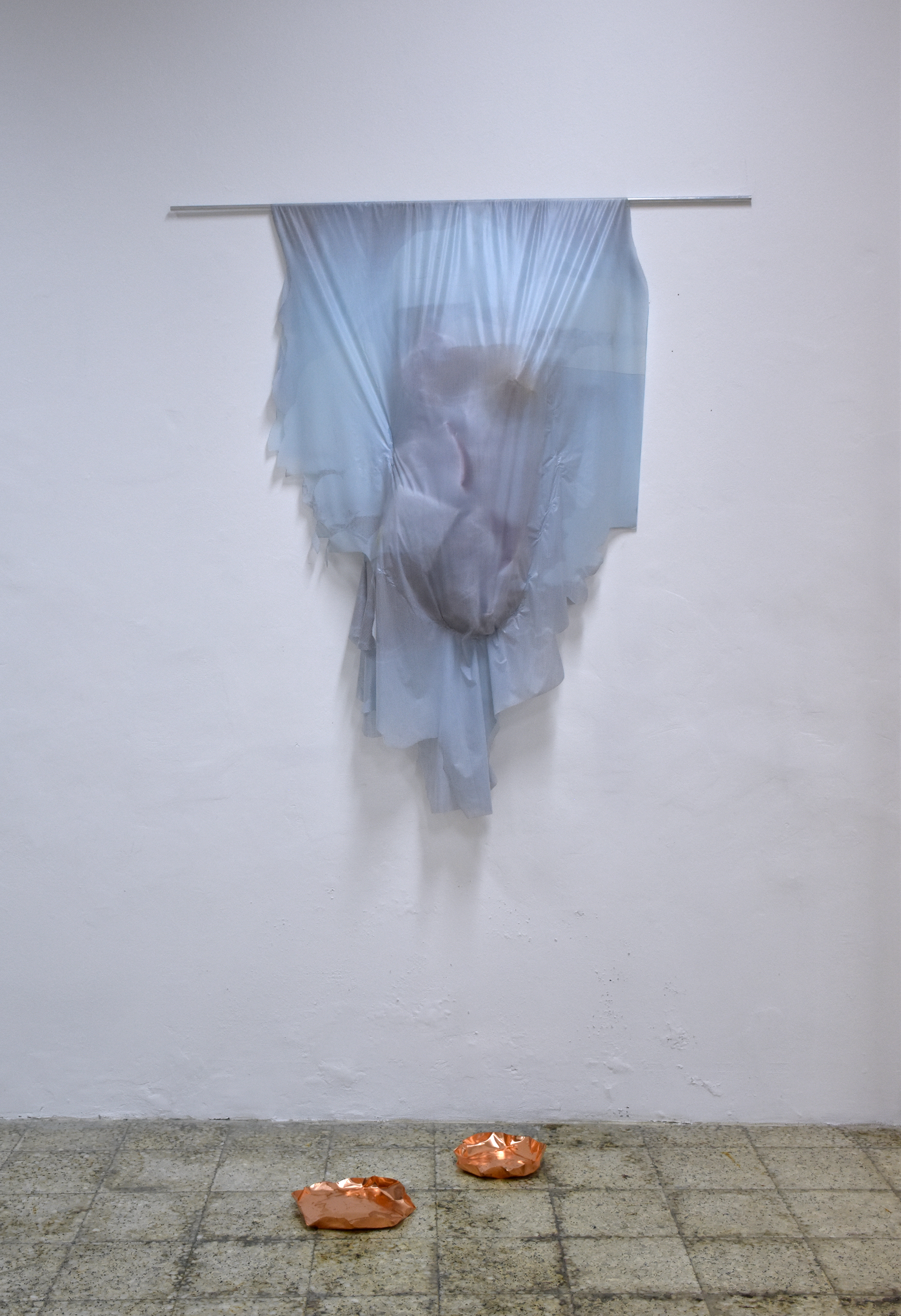 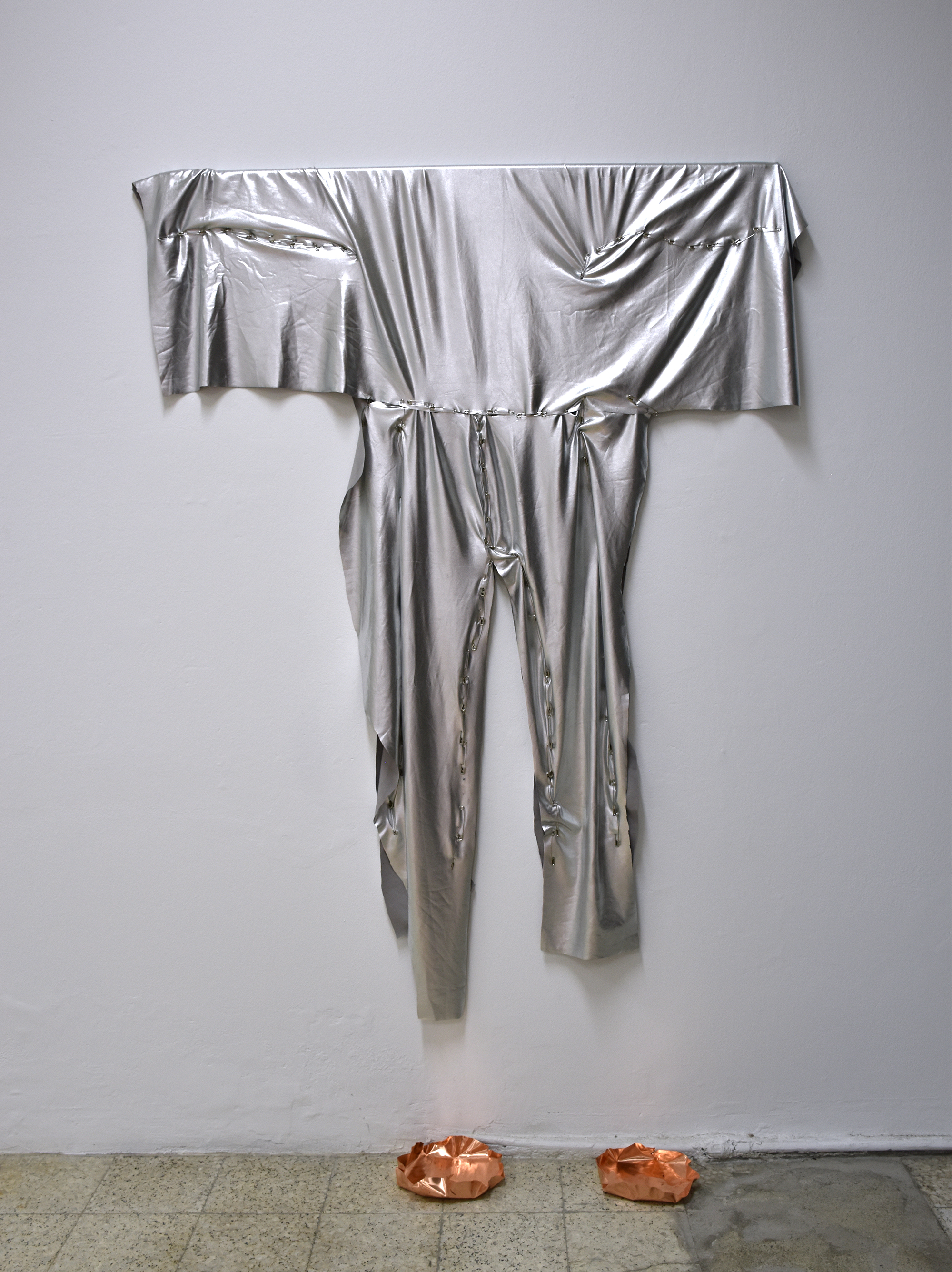 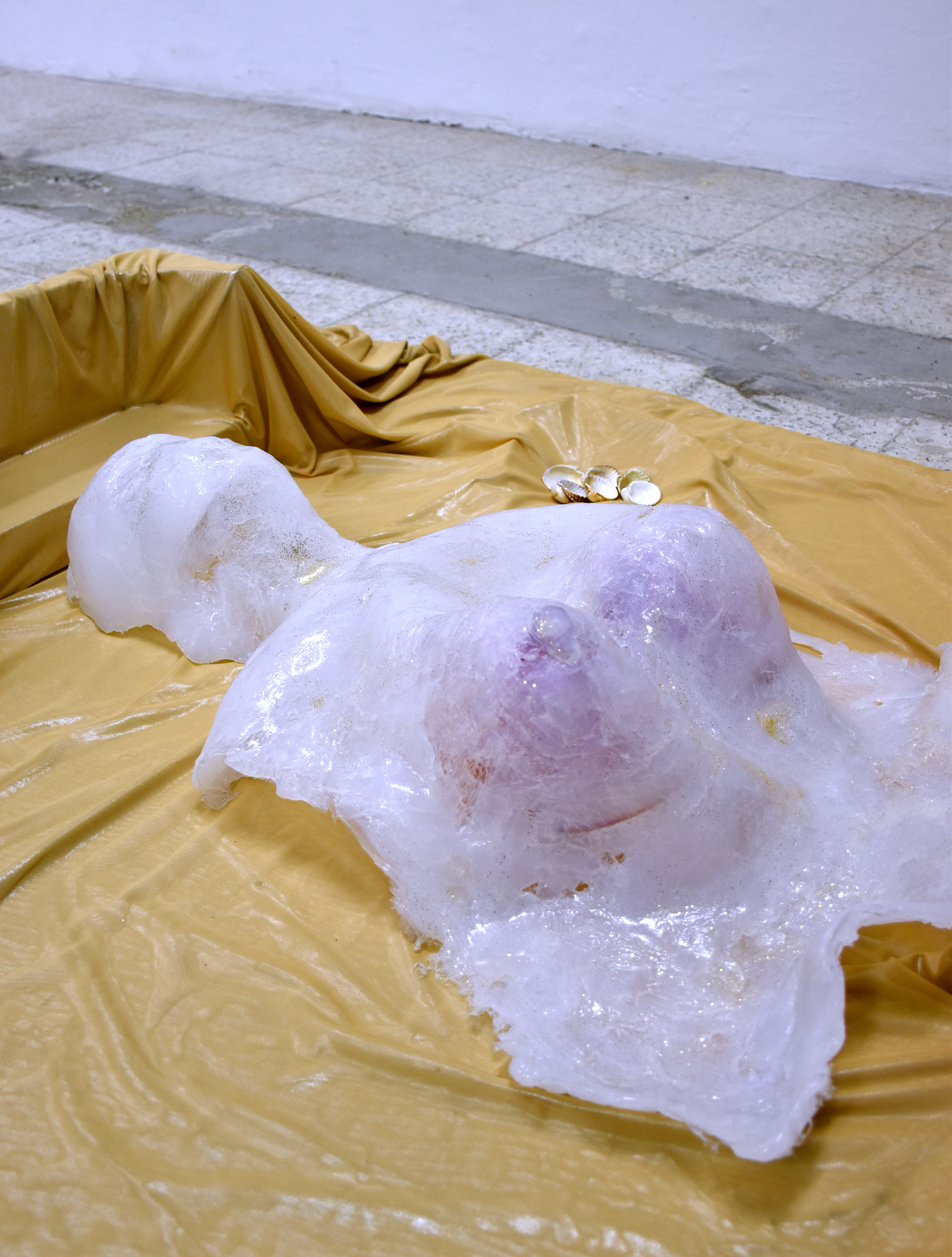 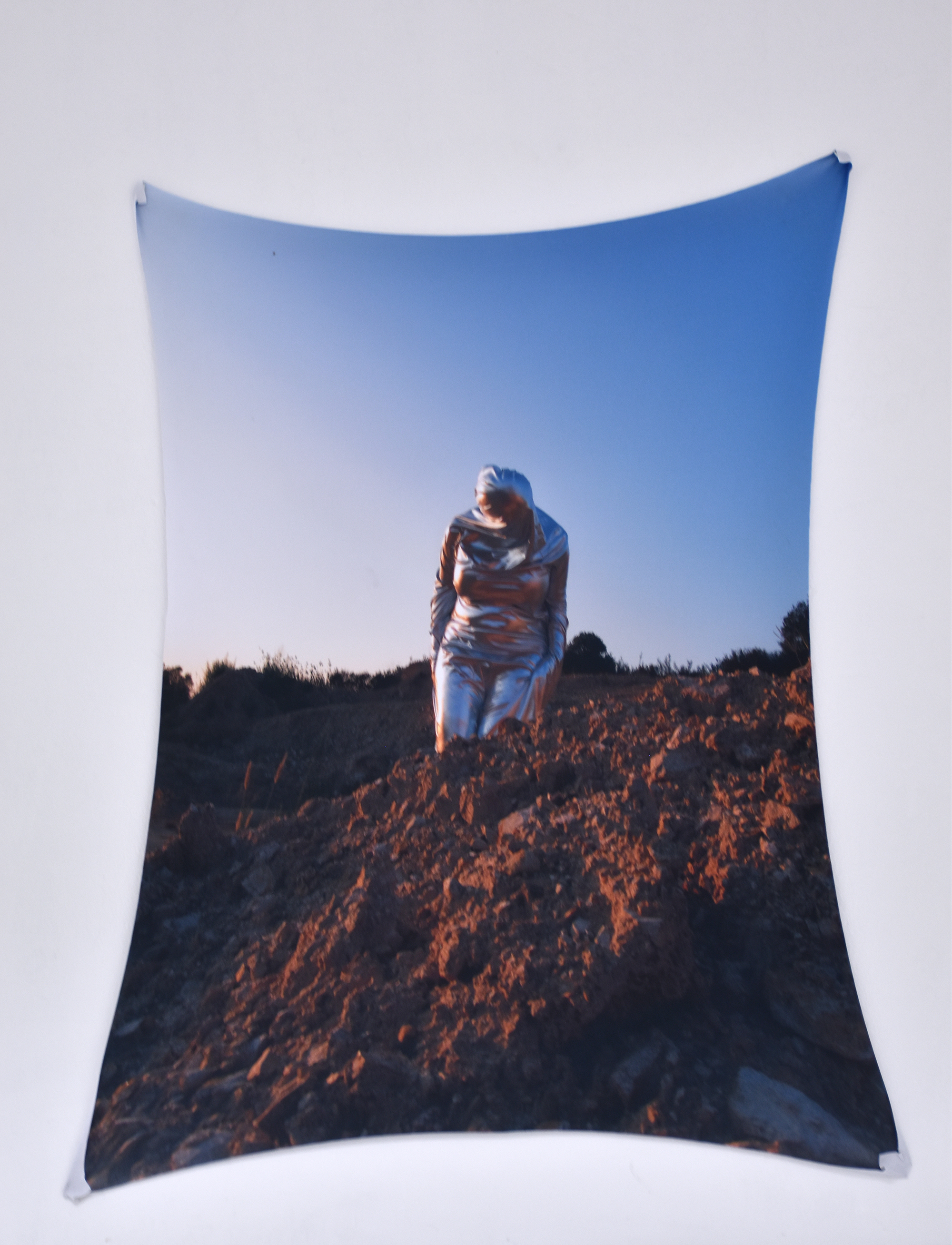 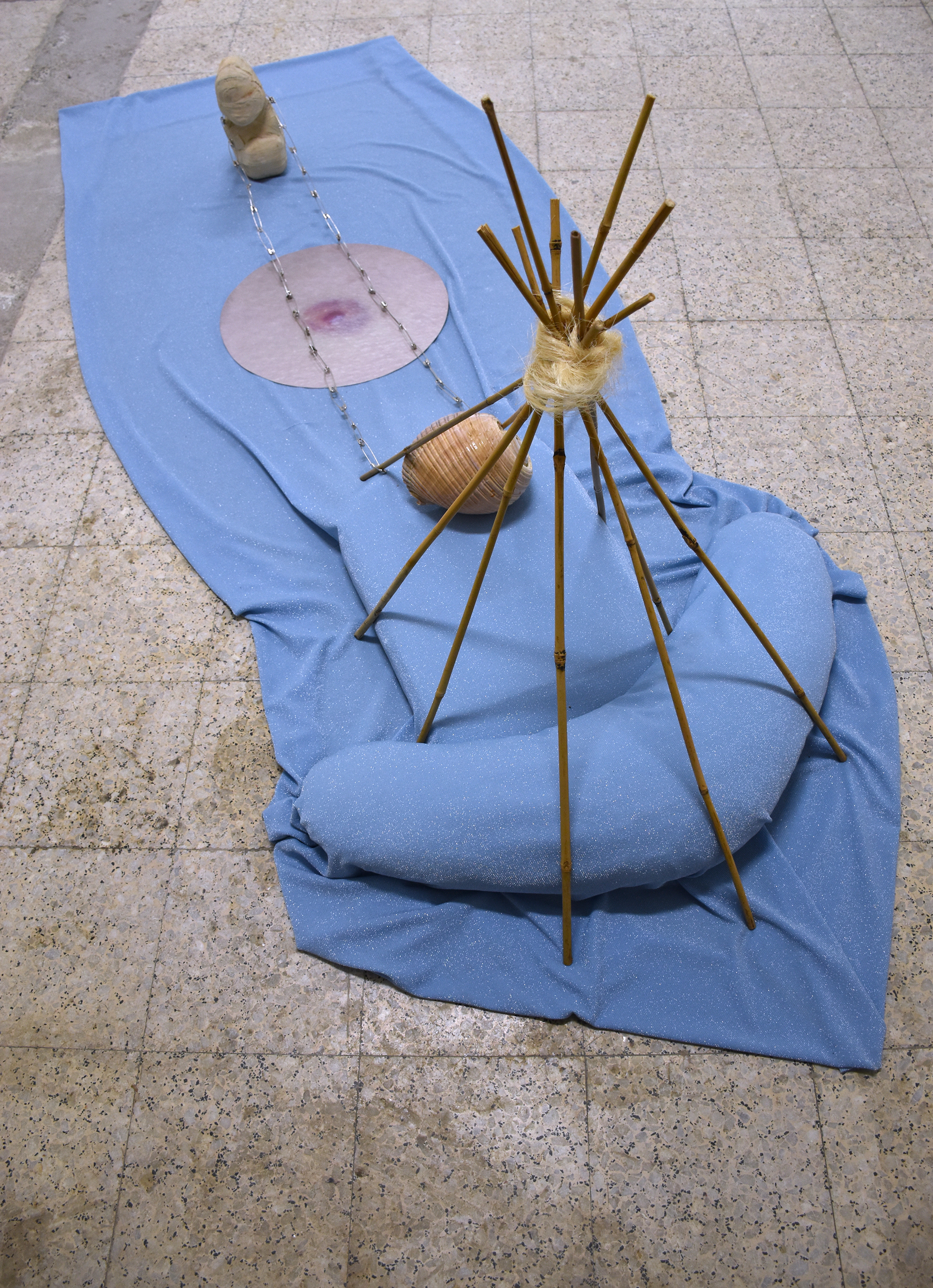 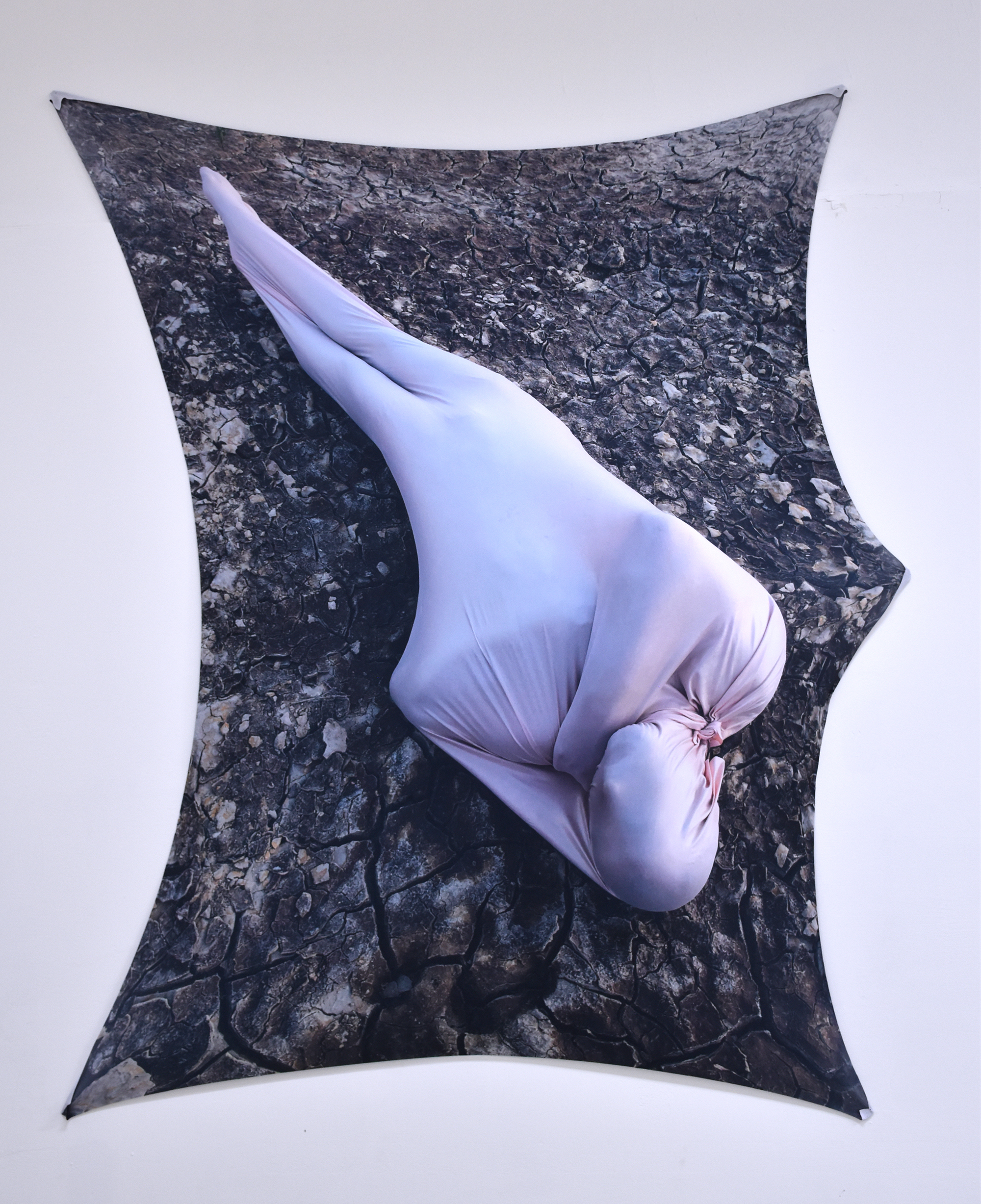 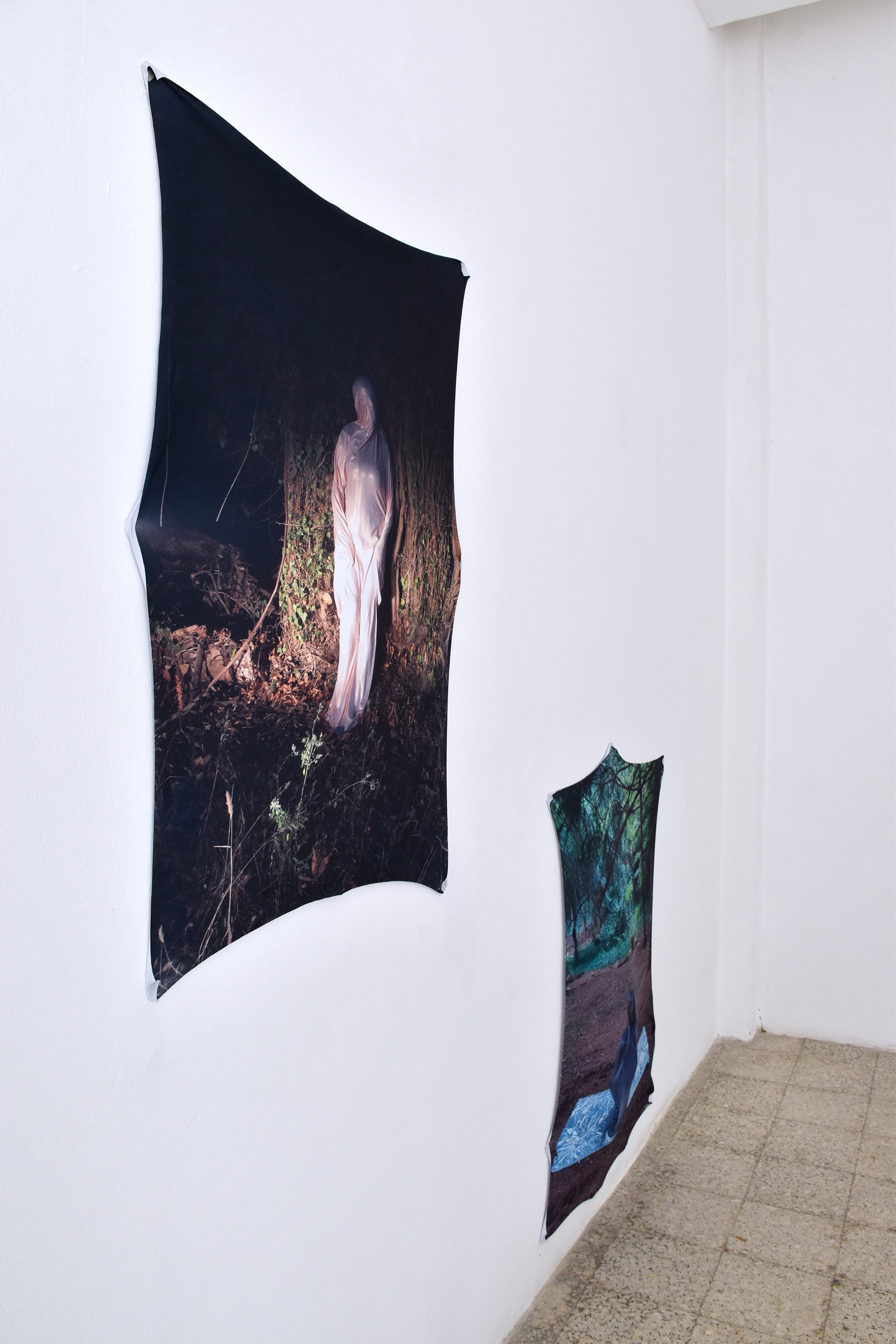 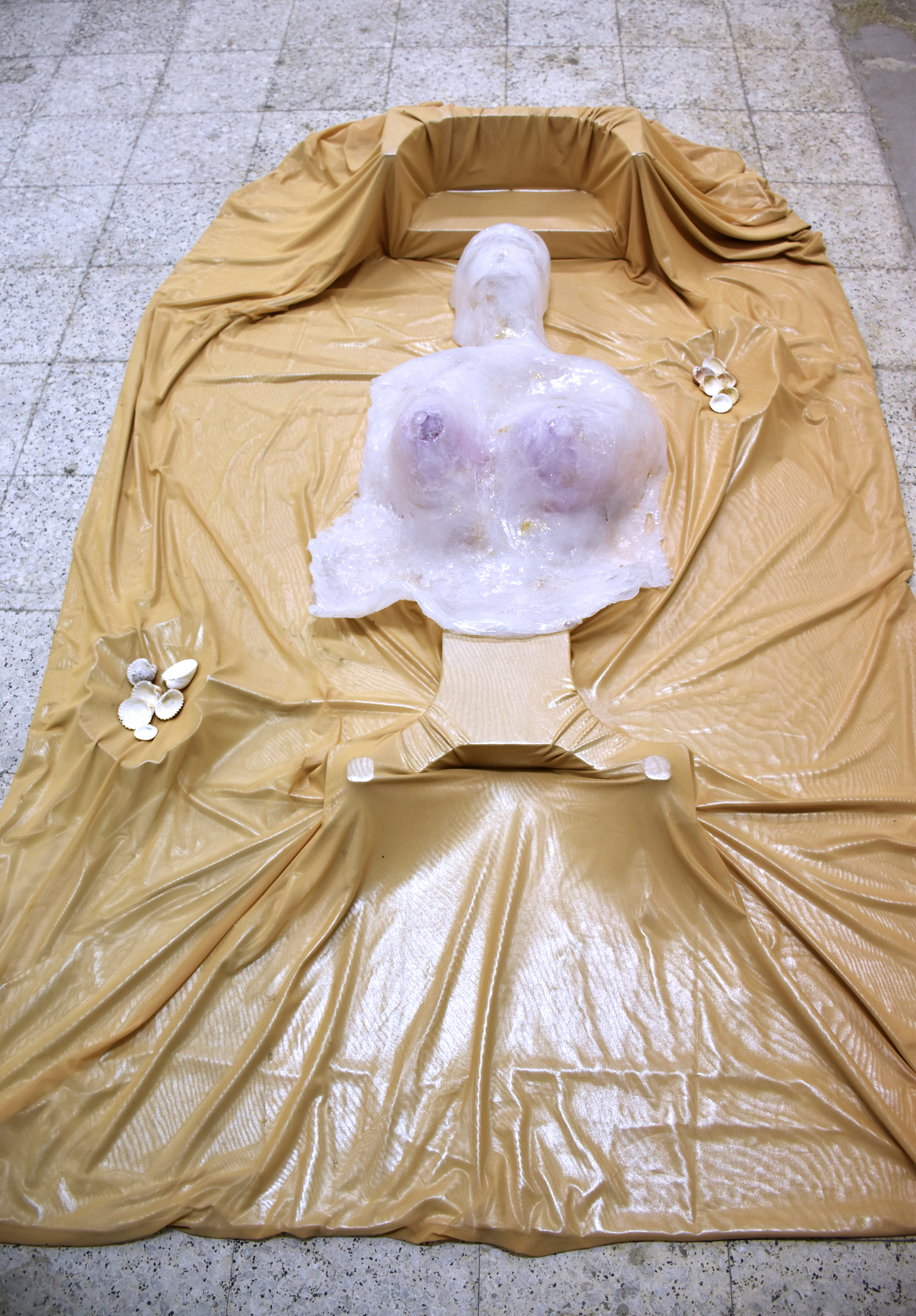 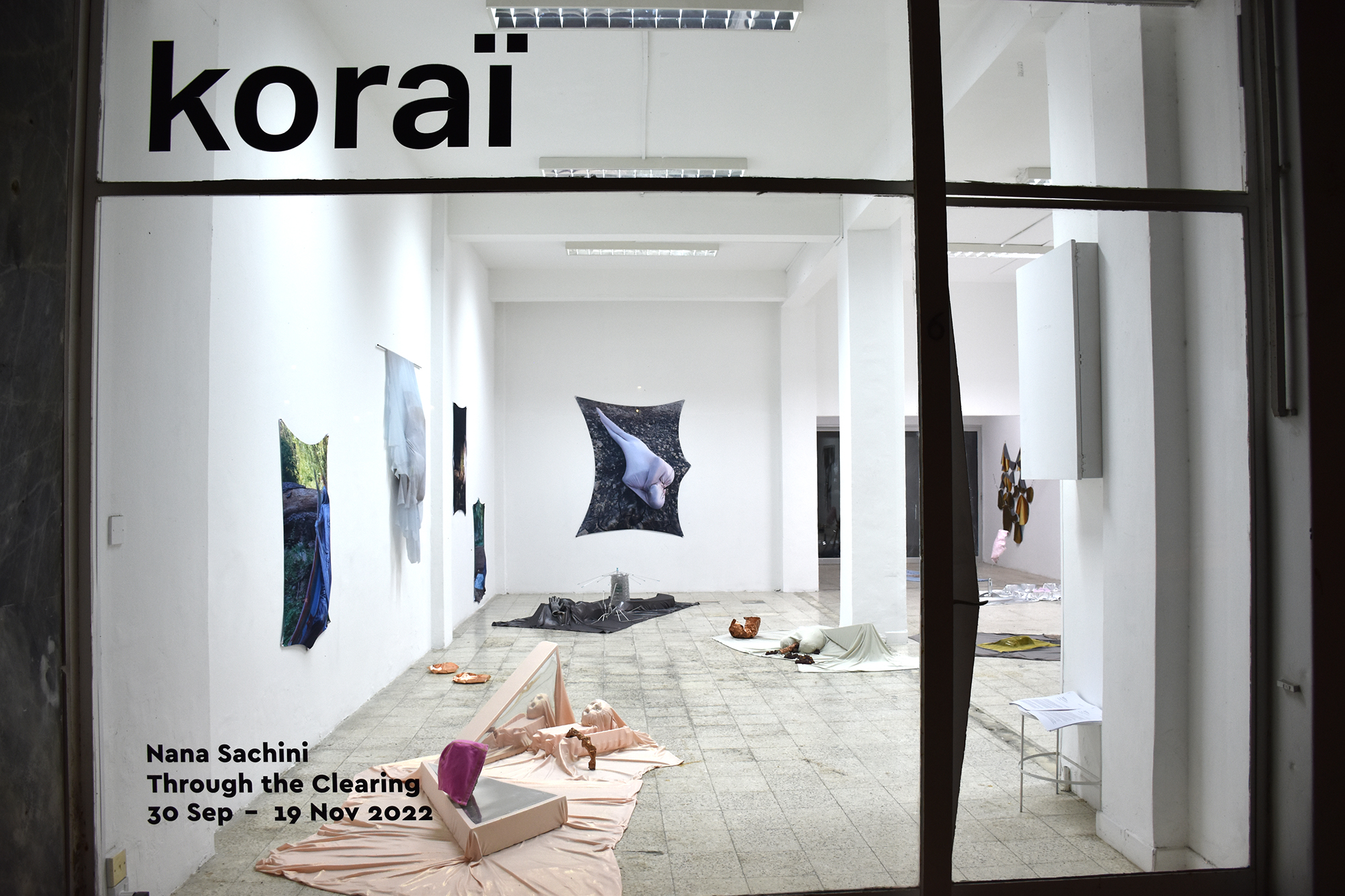 “…a tiny flicker of fire in the middle of the gleaming black varnish of the darkness” W. G. Sebald, Austerlitz

Korai presents Nana Sachini’s first solo exhibition in Cyprus, entitled Through the Clearing. Calypso inhabits a clearing. She is hiding, seducing, emitting waves of light around the planet Saturn. The revelation is part of the concealment, the material of the myth inseparable from the cosmic reference. The clearing in the forest, the crack in the ground, the craters and loosely connected materials smoothening the surface of the moon bearing the nymph’s name all relate to each other beyond language and form; all reflect each other’s image.

A clearing is a paradox found in nature. It is formed by uncontrollable factors: the composition of the soil, natural disasters, fires, avalanches or human intervention. At the same time, it is a place where life grows, providing shelter and a resting place for travelers.

Heidegger uses the concept of the clearing to refer to a space free from conventions, a poetic dwelling of things in harmony with the world, which bears within in the notions of care and protection. For Heidegger, our subjectivity is not an enclosed entity but rather an open structure of possibilities forging a passage into a field of consciousness. This space is the clearing, which yields new entities, things, words, vocabularies, practices, and beliefs. For Henry David Thoreau, it is the space where one could potentially settle, the possibility of a new reality, a potential location for a house. It is the place where everyday life and habit are consolidated; the familiar and worn by us, appropriated, and fenced in some way.

The clearing is a spot for meeting and for gathering, serving both as opening and as enclosure, foreground, and fringe. It is a place of ceremonial flight, where witches dance in the collective imaginary; a place where nymphs dwell but also a square in the city, a multiplicity impossible to entrench. It is a permanent, creative contradiction.

In Nana Sachini's work, objects are covered to reveal the world. The work does not function as a representation, but as a game of covering and revealing. Sculptural installations made of soft materials, prints, elastic fabrics, as well as ready-mades (objects drawn from the banality of everyday life) create a playful installation evoking the autonomy of its parts. The installation is an open space for a performative assembly, an attempt to construct a multifaceted and elastic environment. The Calypso moon, the shadows, the eclipses, the bodies of warrior-witches, the wounds/open tissues are conjoined to the notion of the clearing and together they bring forth a new cohabitation context. Sachini privileges living processes by binding her forms to elements unknown, and yet complementary.

The artist combines and reconfigures found materials and sculptural forms, while at the same time implicating her own body into the work. The prints reveal an opening in the forest populated by covered bodies, silhouettes which become part of the landscape placed within clearly demarcated boundaries, in niches and in tree trunks, in recesses of the ground. Her materials, ideas and references are porous, constantly bleeding into each other. The process is reminiscent of Ana Mendieta's Silueta series performances (1973-1980). In this case, however, there is no allusion to the absence of the body, which is instead driven back to its materiality.

Sachini's work calls to mind the "wrapping" and covering of figures, so familiar in the history of art: from the depiction of ceremonies to the folded fabrics found in Baroque sculpture, the Rococo burial shroud and veiled marble sculptures, the cloth-covered faces in the work of Rene Magritte; and no less in the erotic forms of Hans Bellmer and Unica Zürn, the idea of the gift, as well as the objects, architectural structures and female bodies presented as wrapped figures by Christo and Jean Claude, where the object turns into form and aesthetic decision, into a different way of observing the familiar.

Sachini puts in place a grid within which subjects and objects are jointly transformed. Fabric, body and representation, three-dimensional rendering and photographic impression come together through ritualistic gestures. A mask is placed in relation to a wire mesh, a plastic shell to decomposing petals, body parts to product packaging, archetypes of houses to protective shells hosting animals of the sea.

Presences both living and non-living are treated with care, wounds are covered and revealed. The artist's figures stretch and contort between the wall and the floor. Their gendered features are draped over, yet the sense of femininity, the description of the body and the importance of vulnerability and precarity pervade the work. The figures are concealed, the fabric takes the place of the skin, of feathering, of scales or becomes the sheet with which children make shelters. All this results in a multitude of cover systems, blending mystical scenes derived from mythology or from science fiction. The weight of history covers entire regions.

Bio: Nana holds a Master and a Postgraduate Diploma in Fine Art from Chelsea College of Art and Design, London, UK and BA Hons- School of Fine Arts in Thessaloniki, GR. She has presented work in Greece, UK, U.S.A., Germany, Austria, Lebanon and Cyprus. Her work can be found in DD Collection-Dimitris Daskalopoulos, State Museum of Contemporary Art, F.Kyriakopoulou and other private collections. She is also founding member of the live-art group "KangarooCourt". She lives and works in Athens since 2010 and she is the mother of a 8-year-old girl.

Funded by the Cultural Services of Cyprus Deputy Ministry of Culture