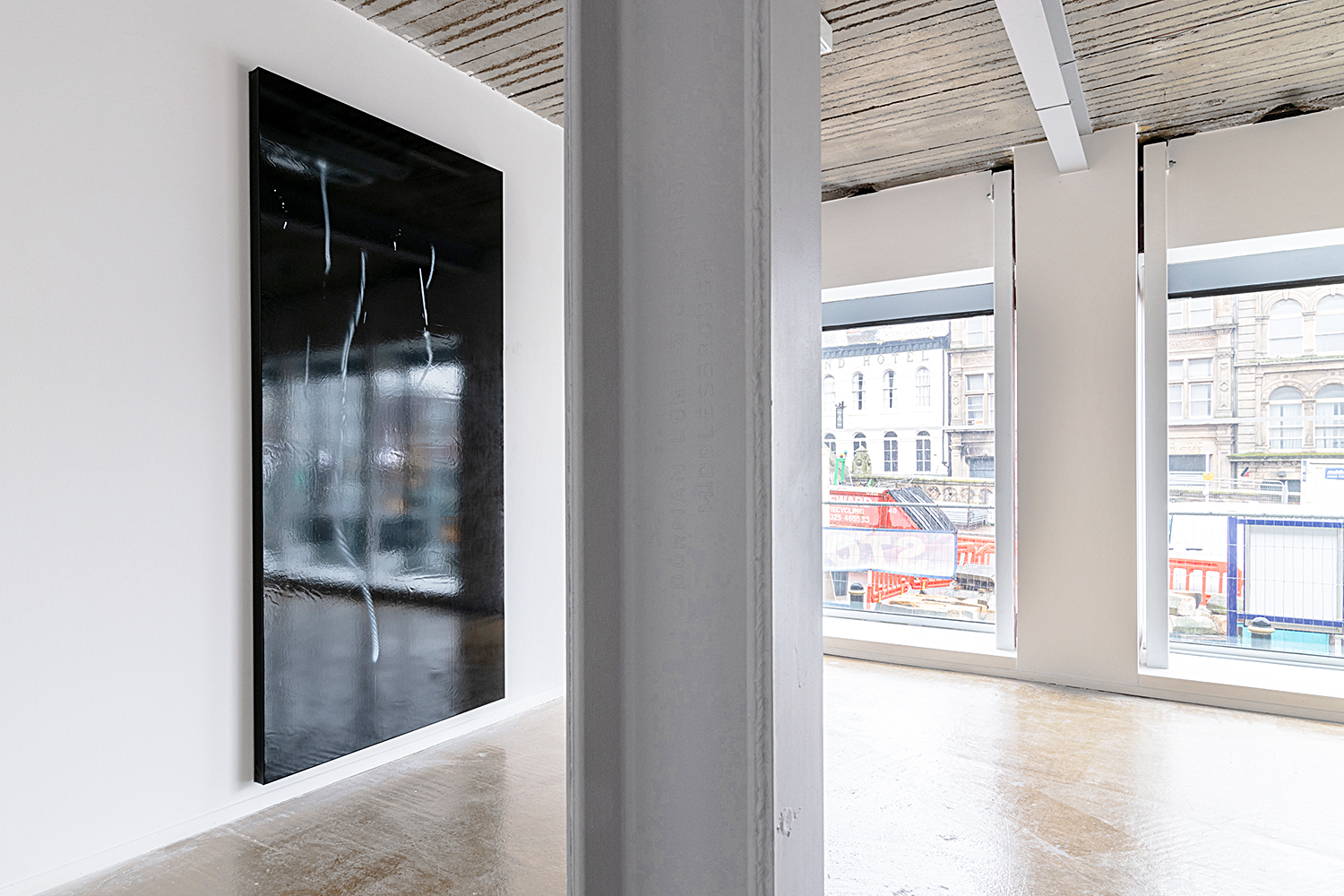 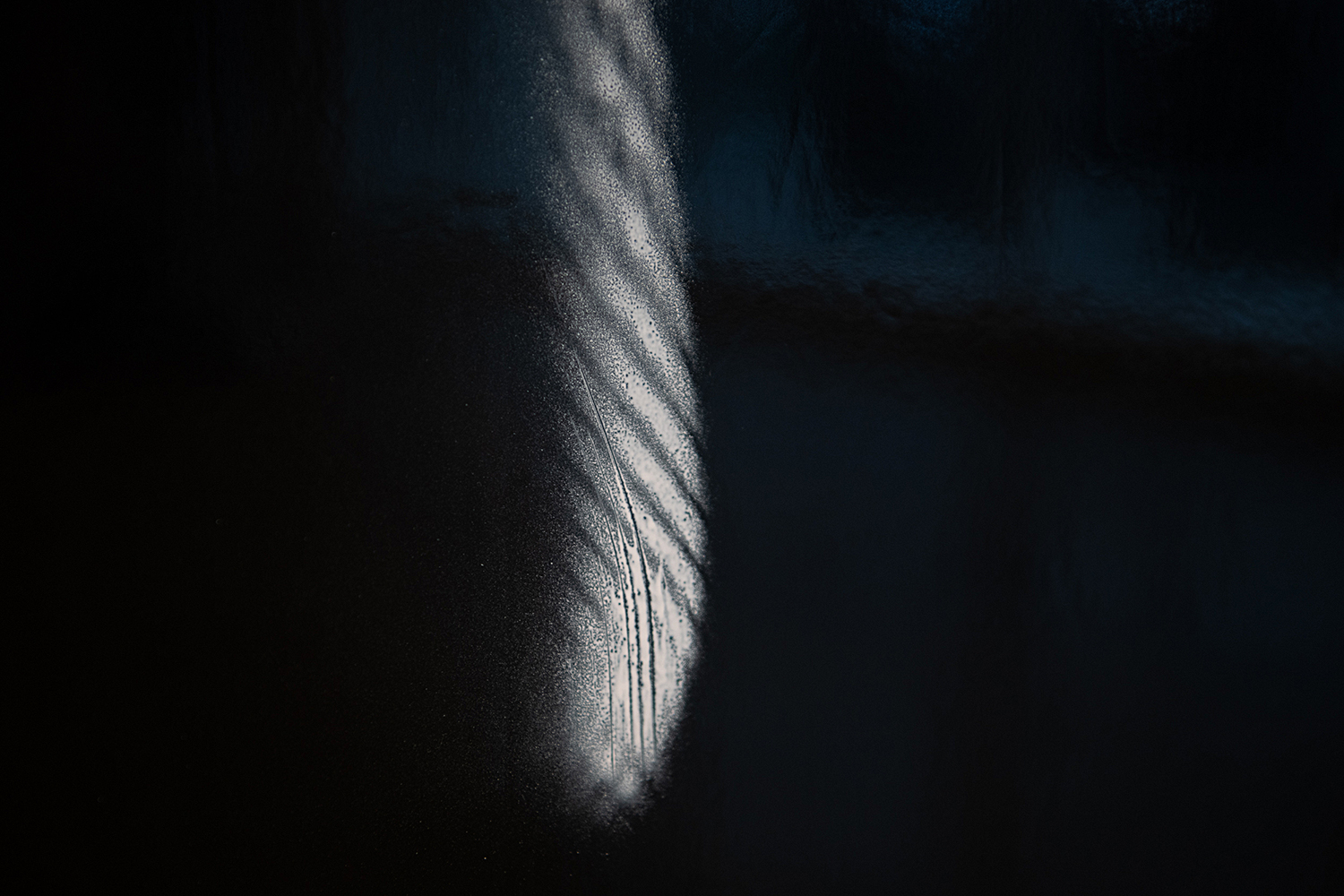 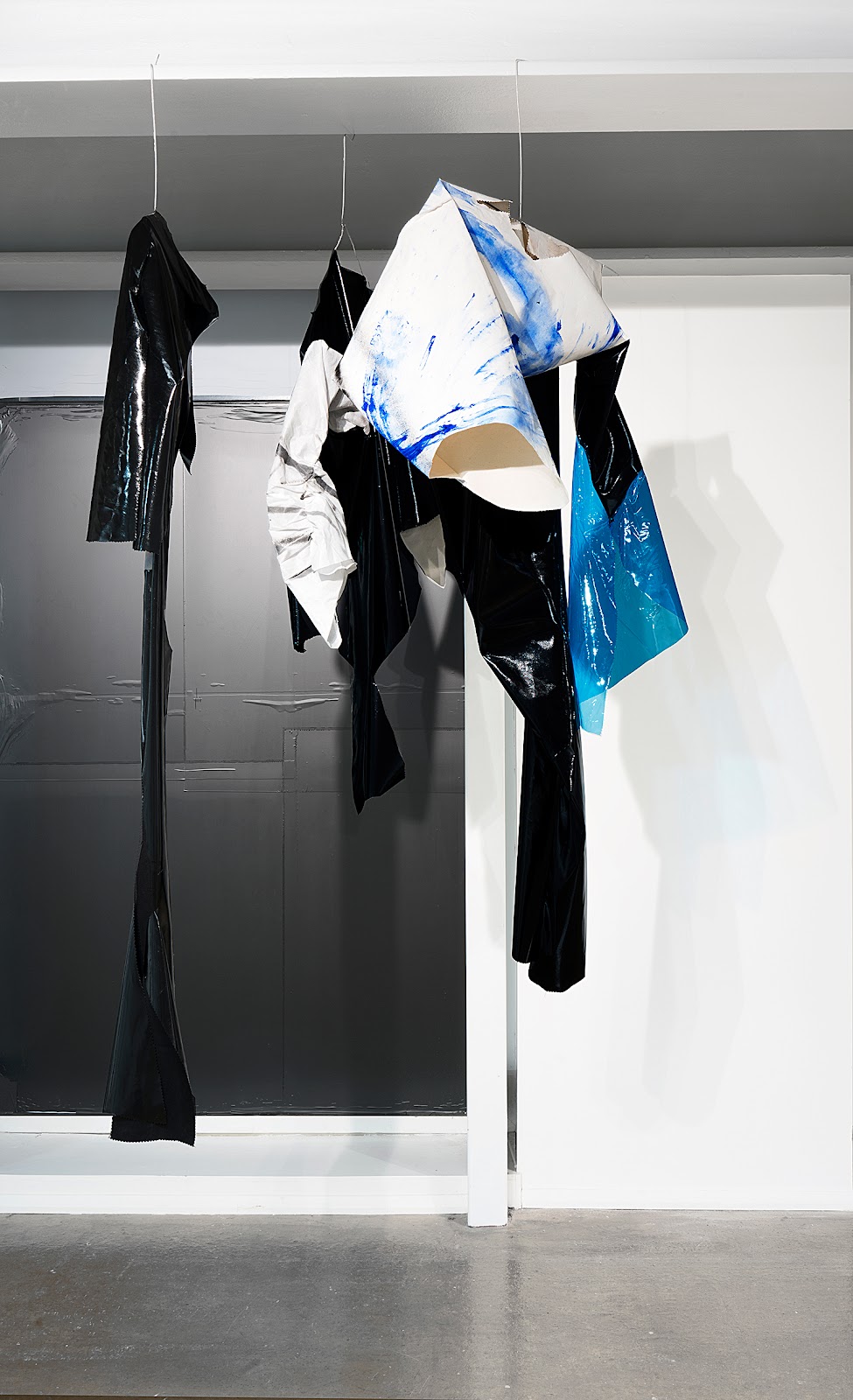 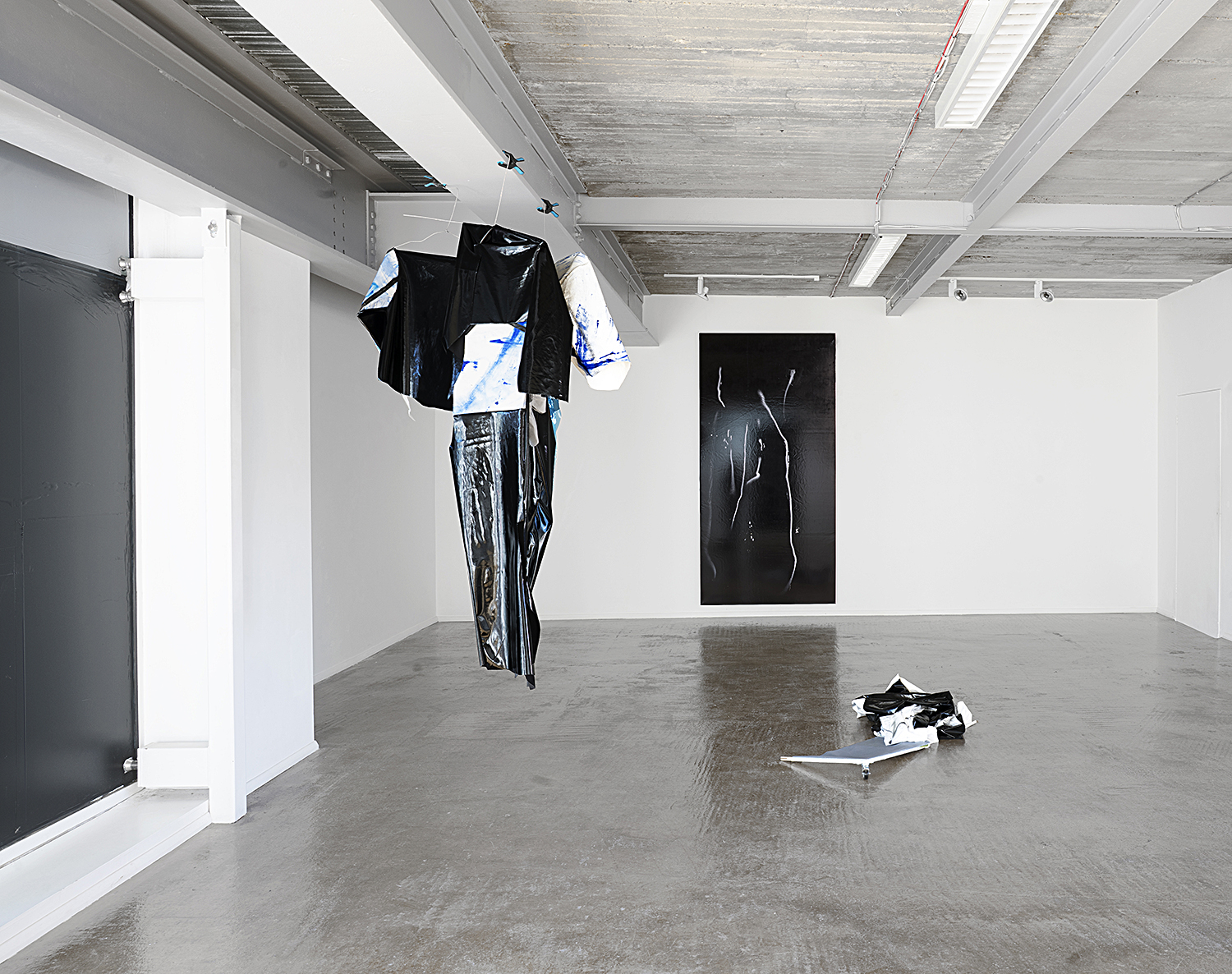 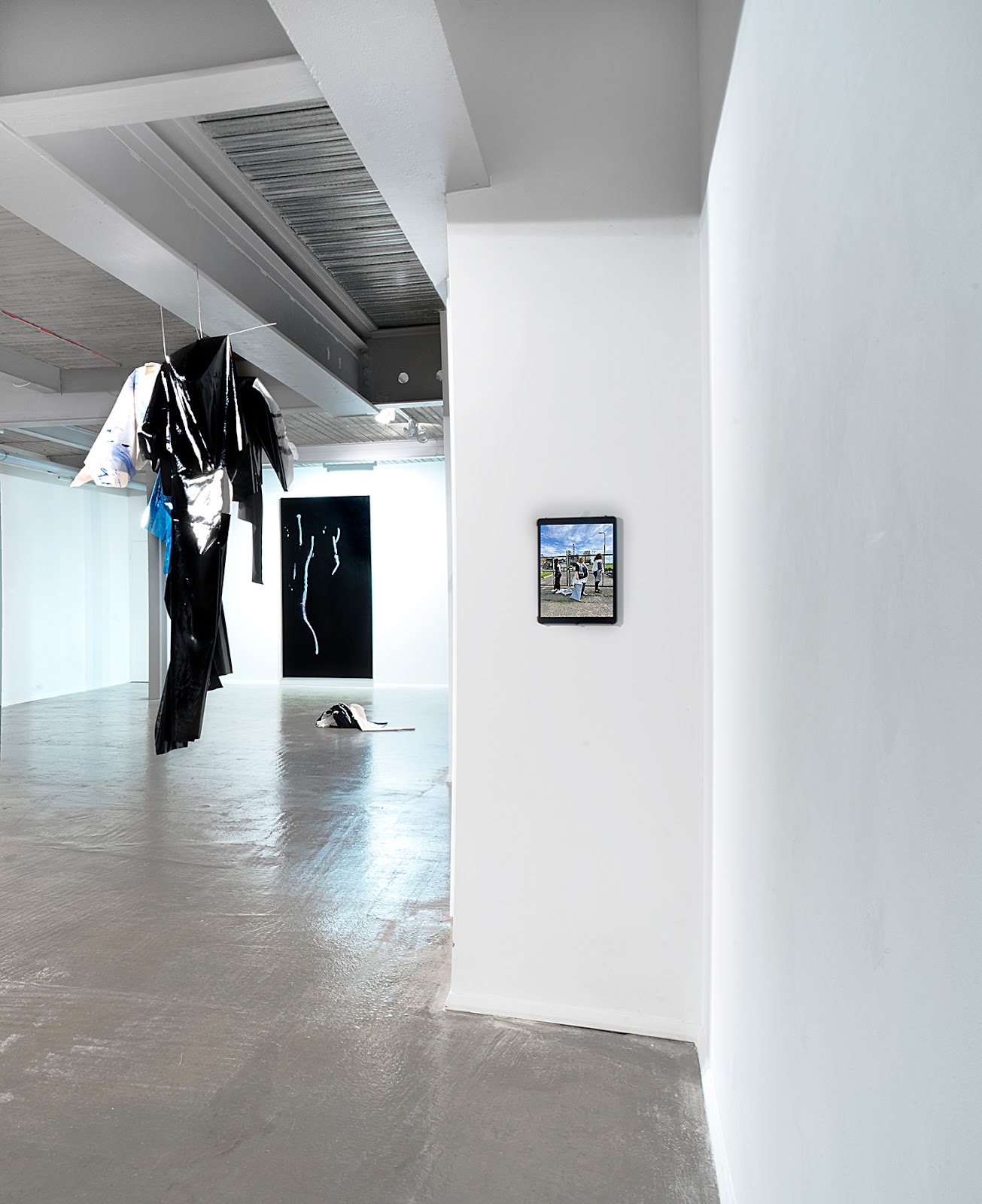 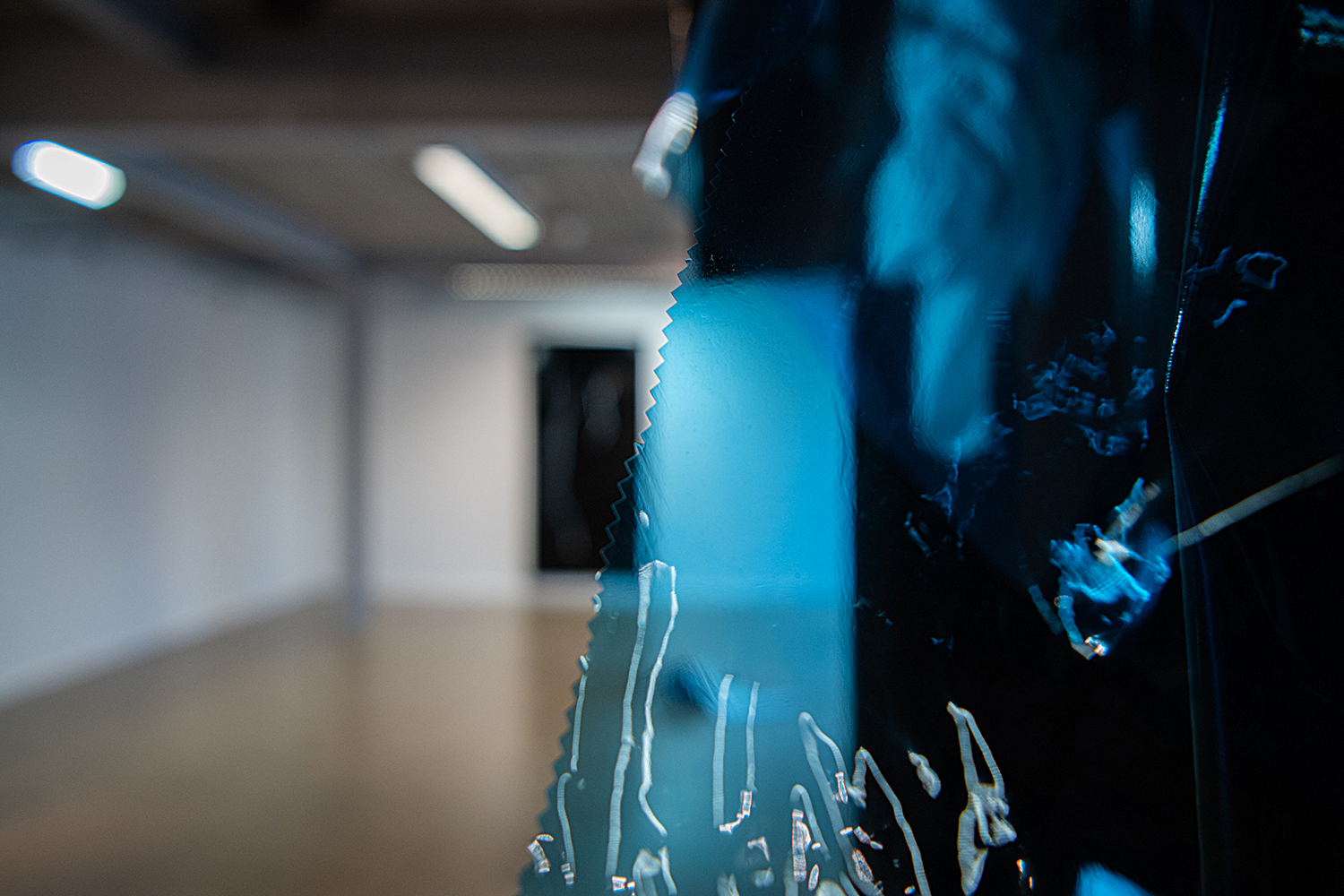 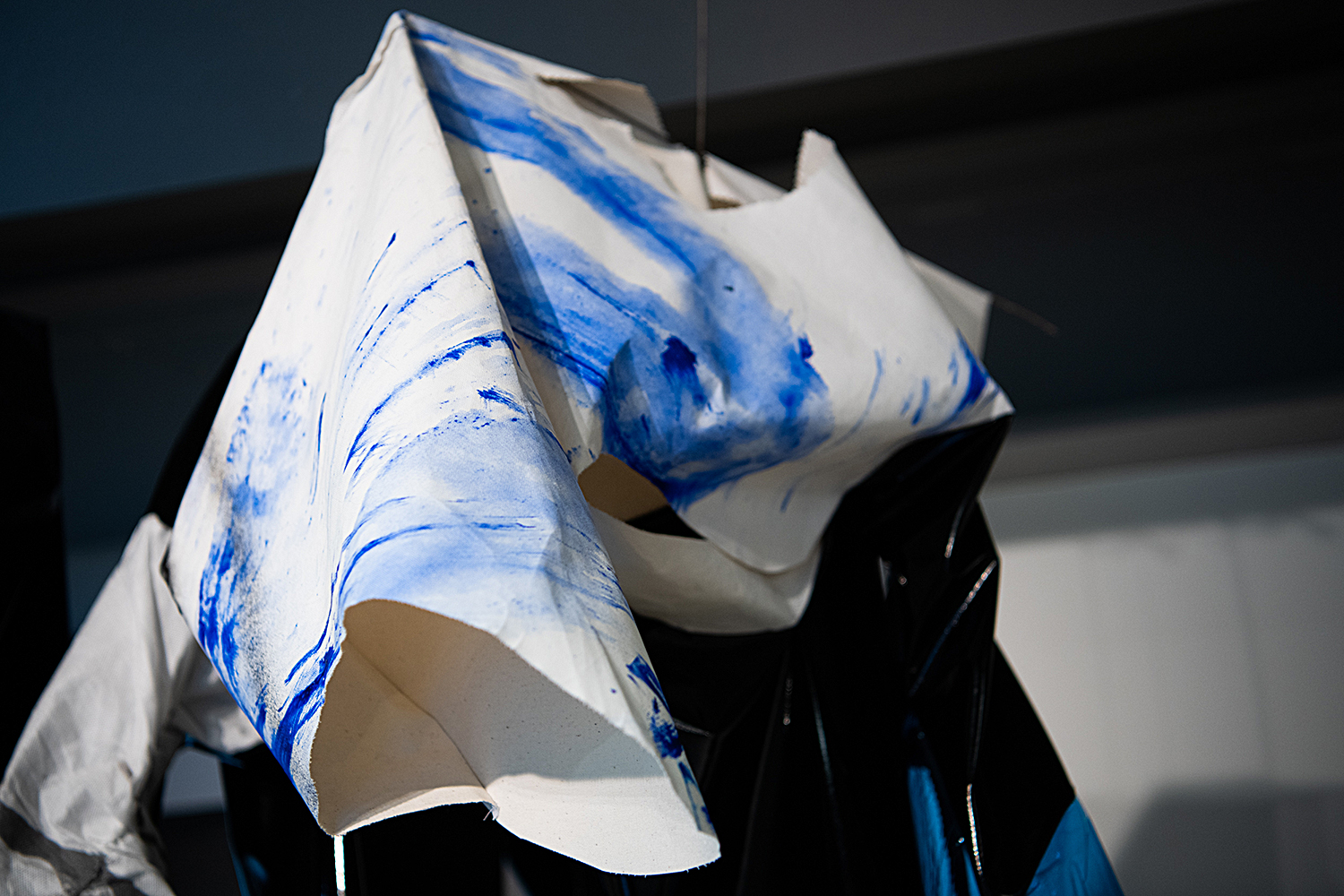 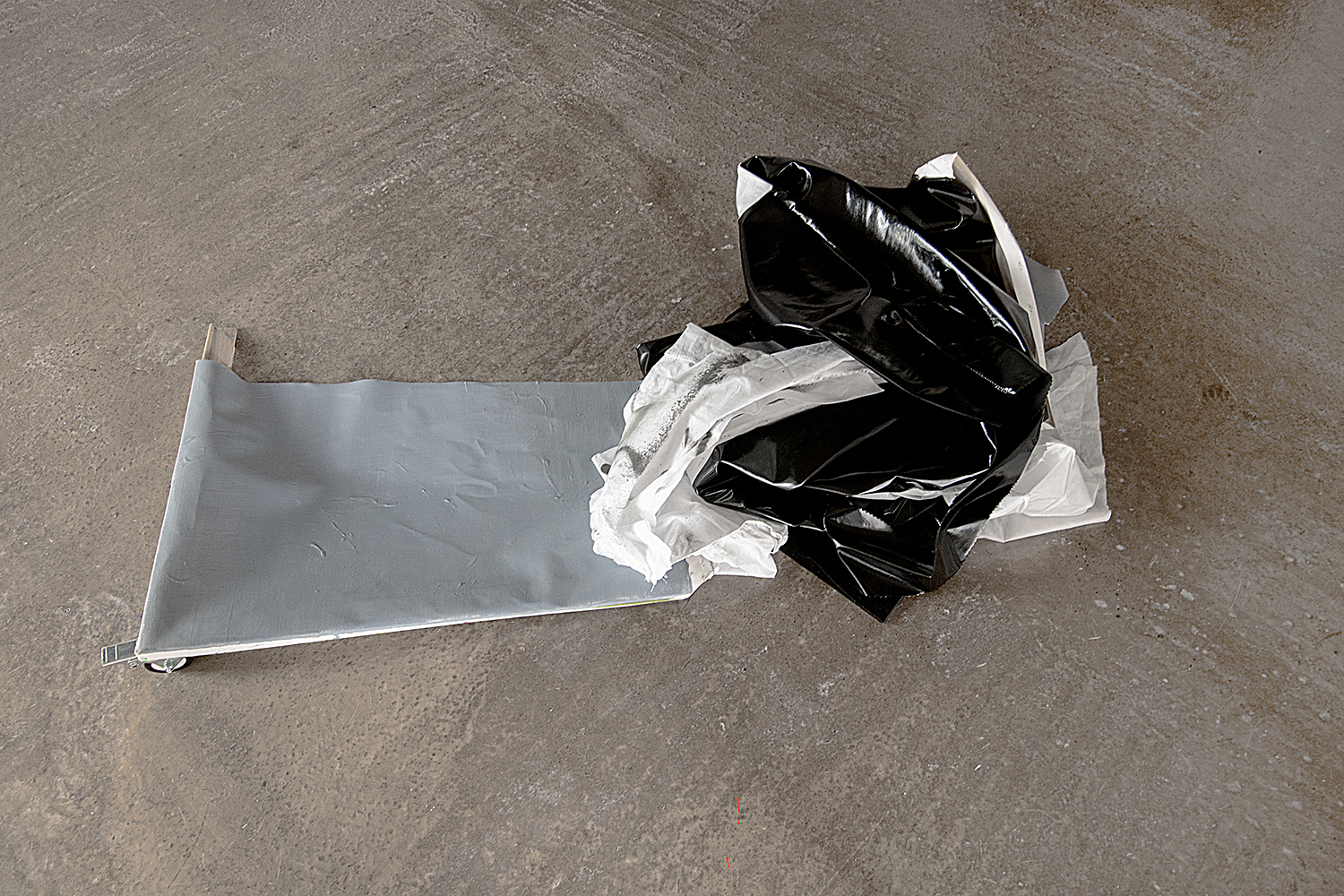 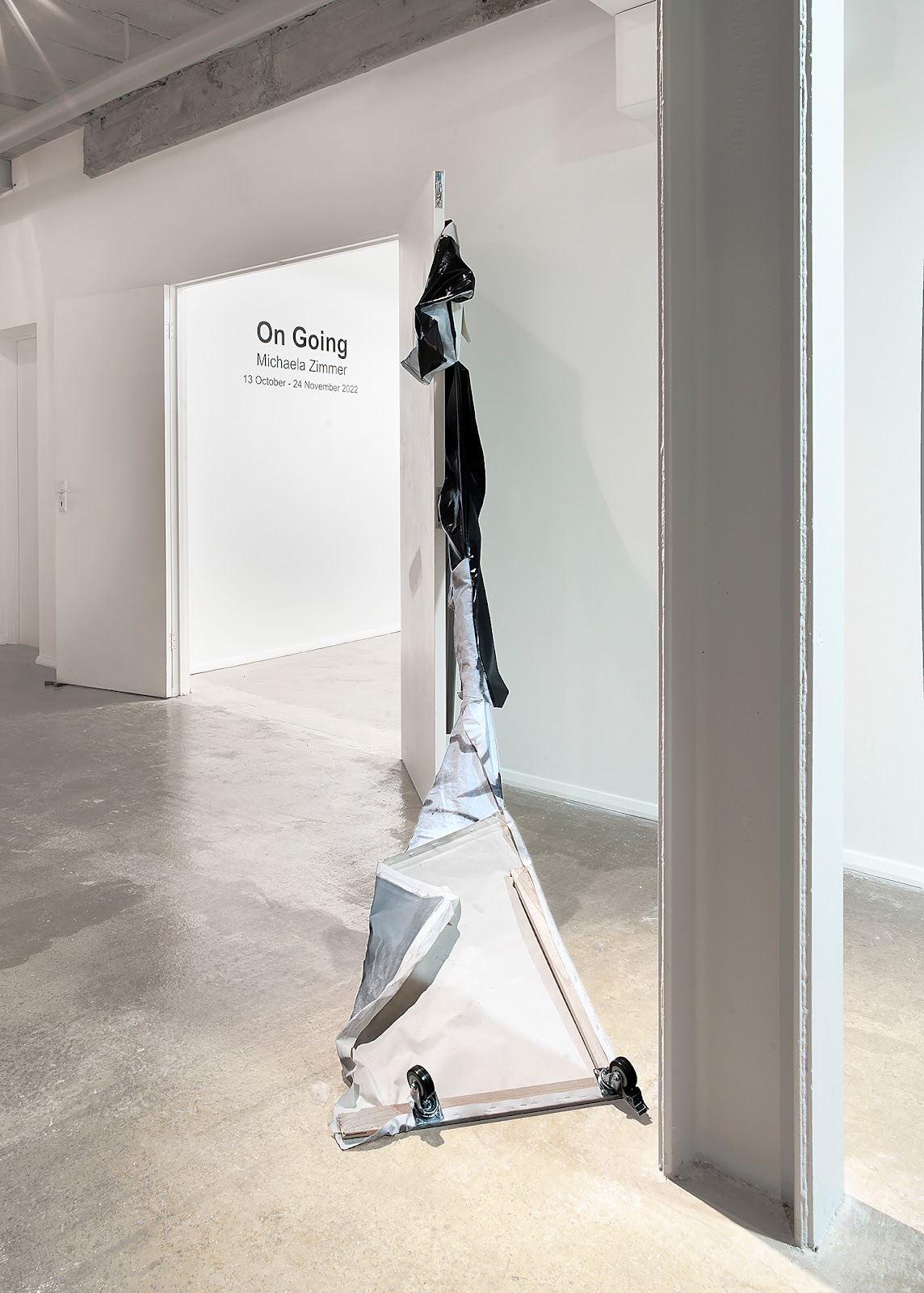 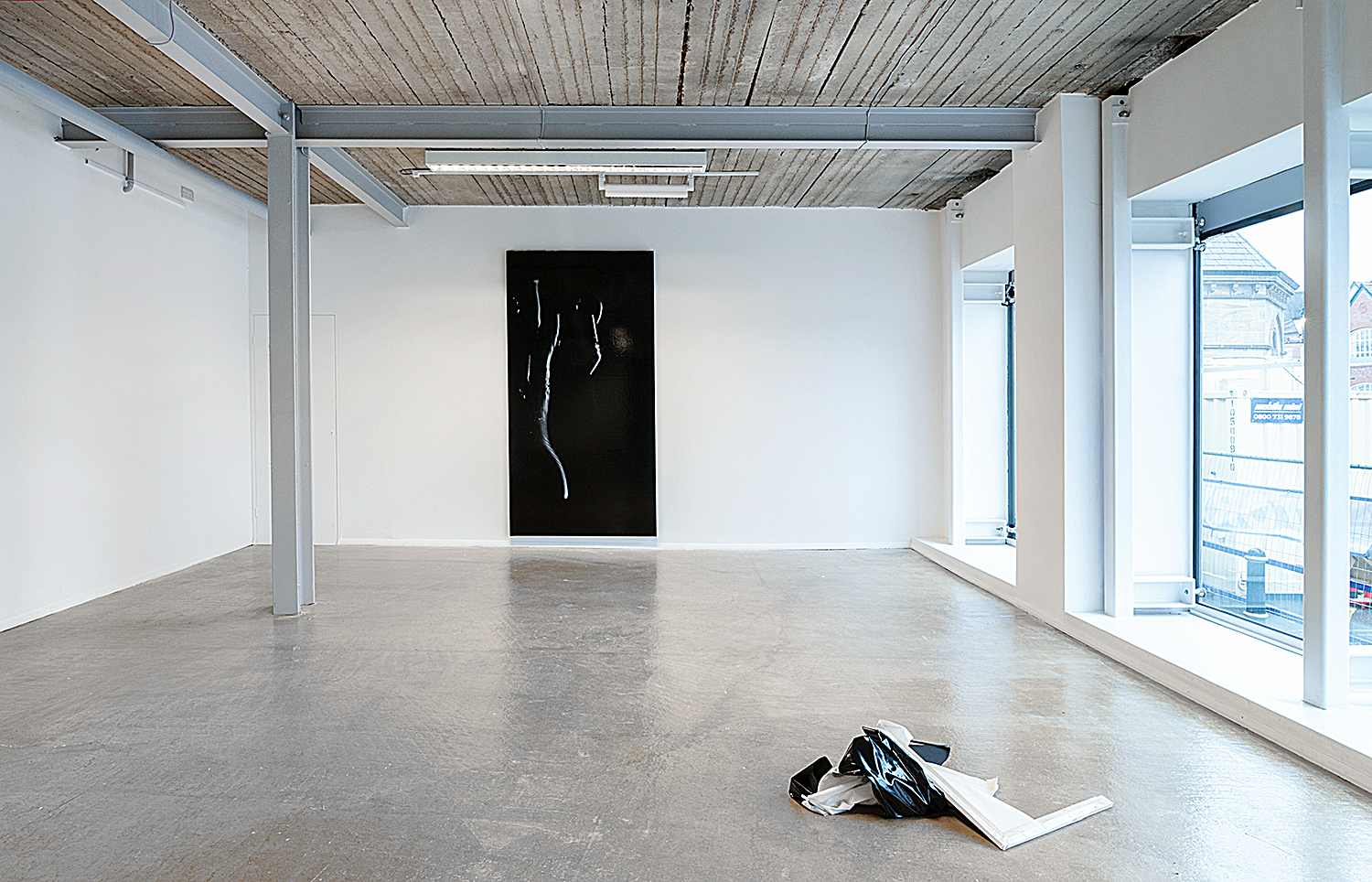 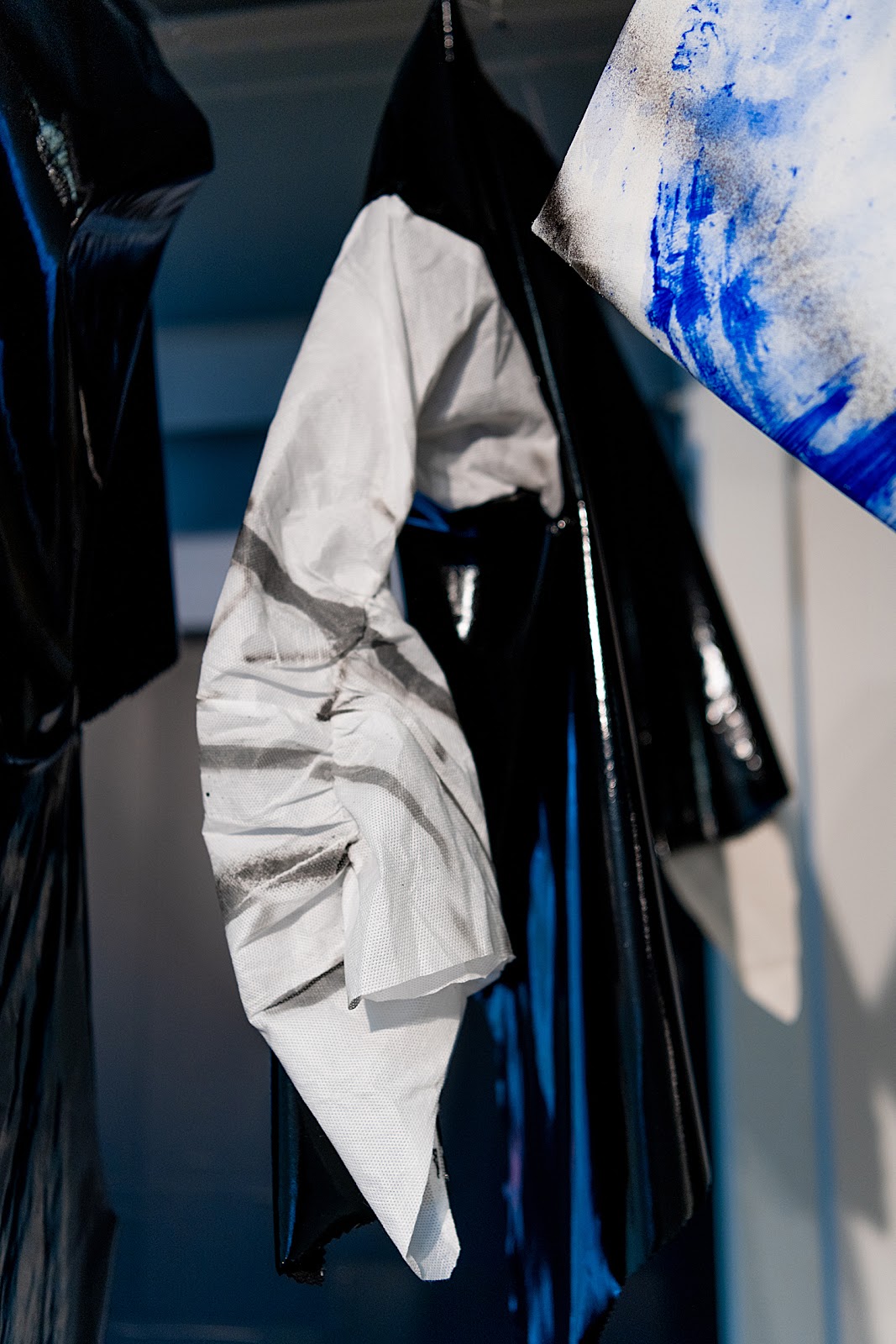 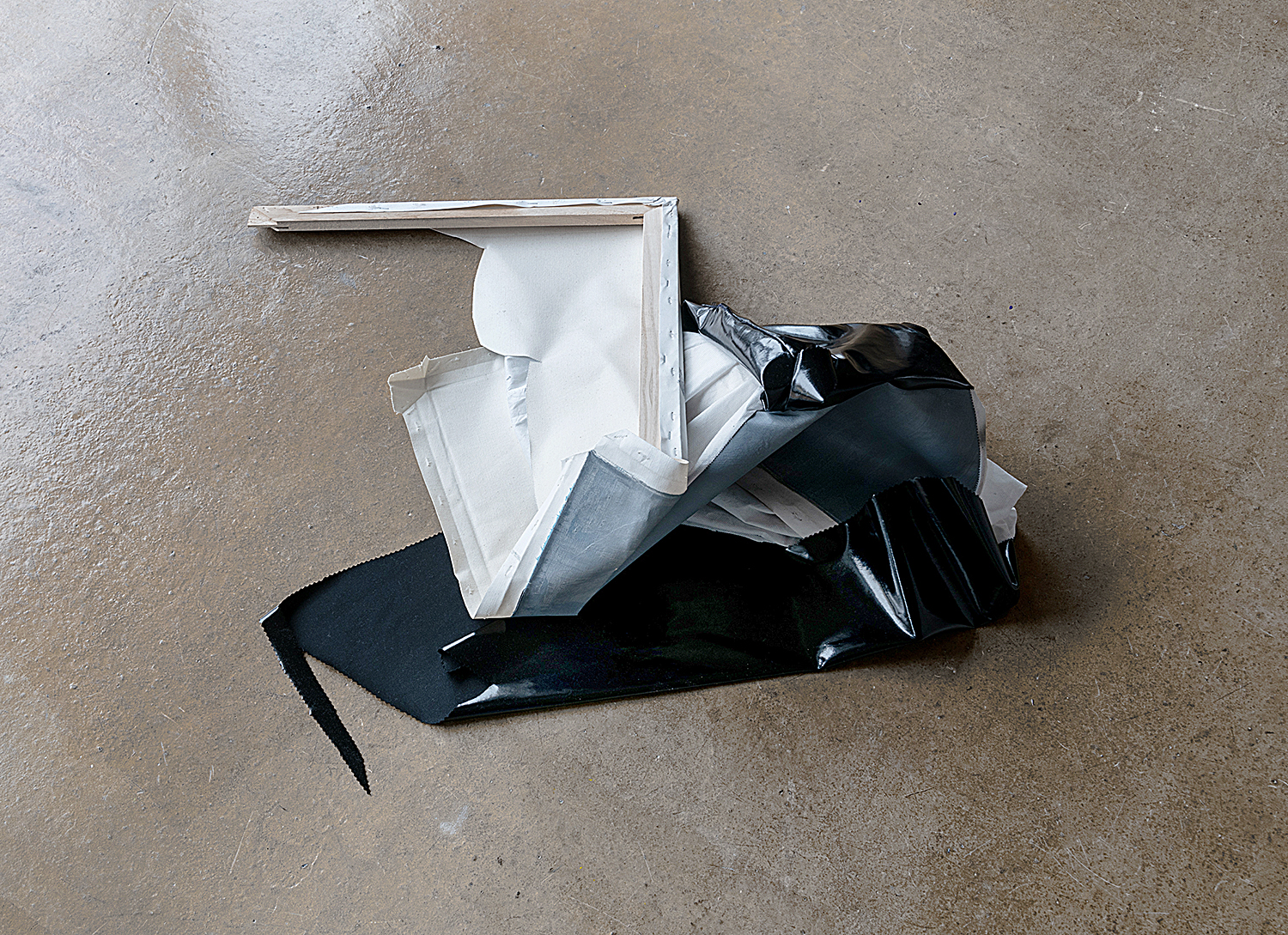 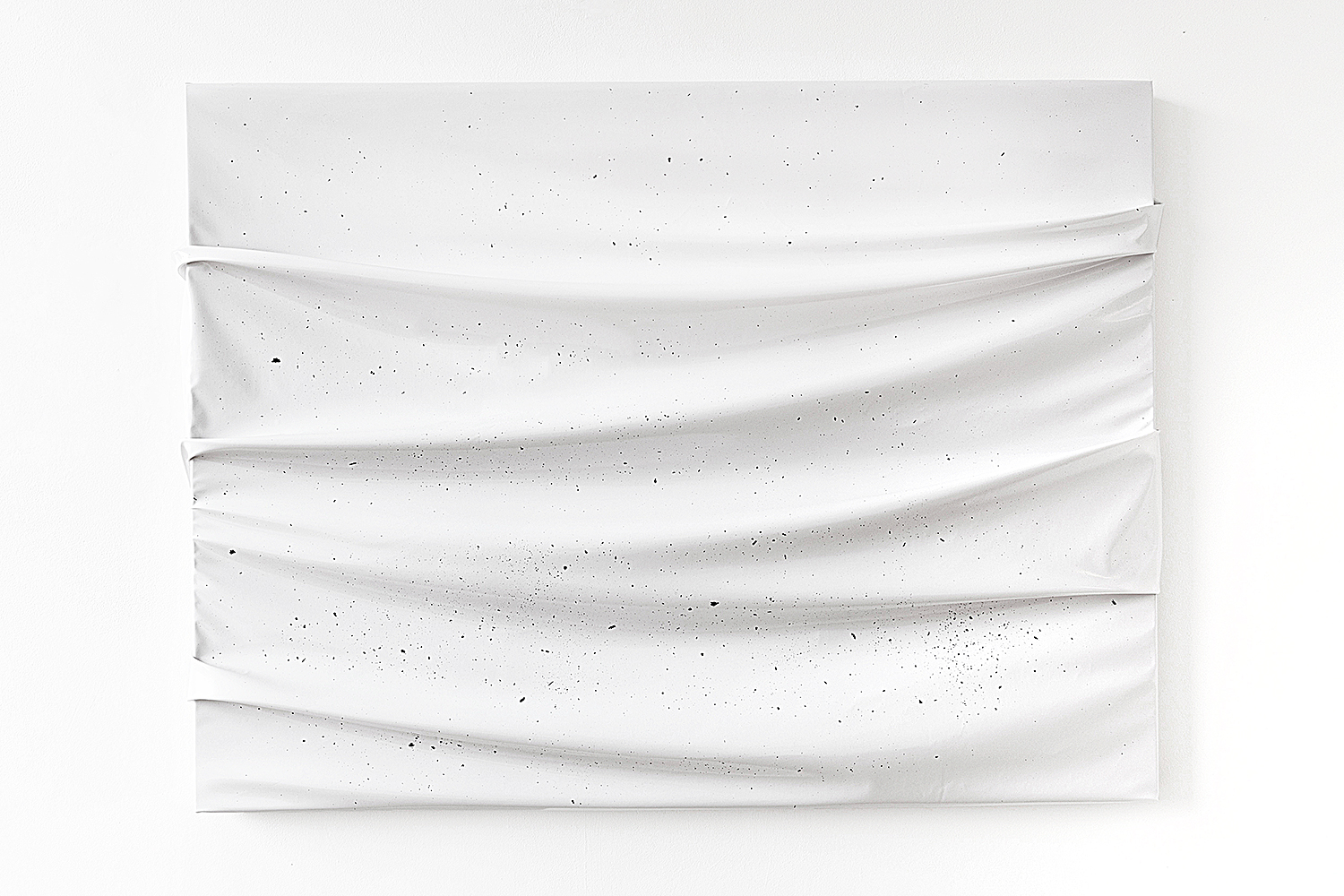 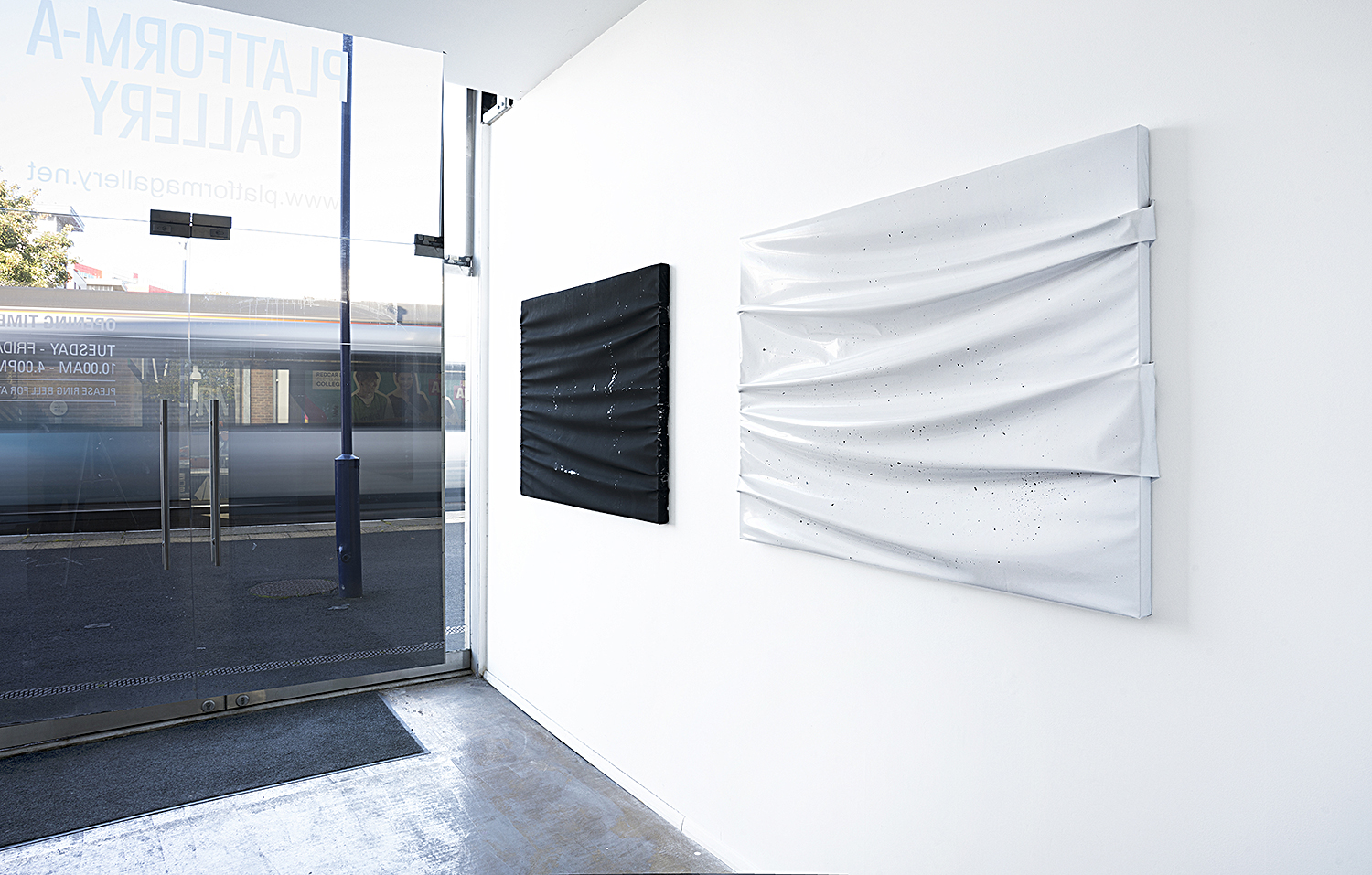 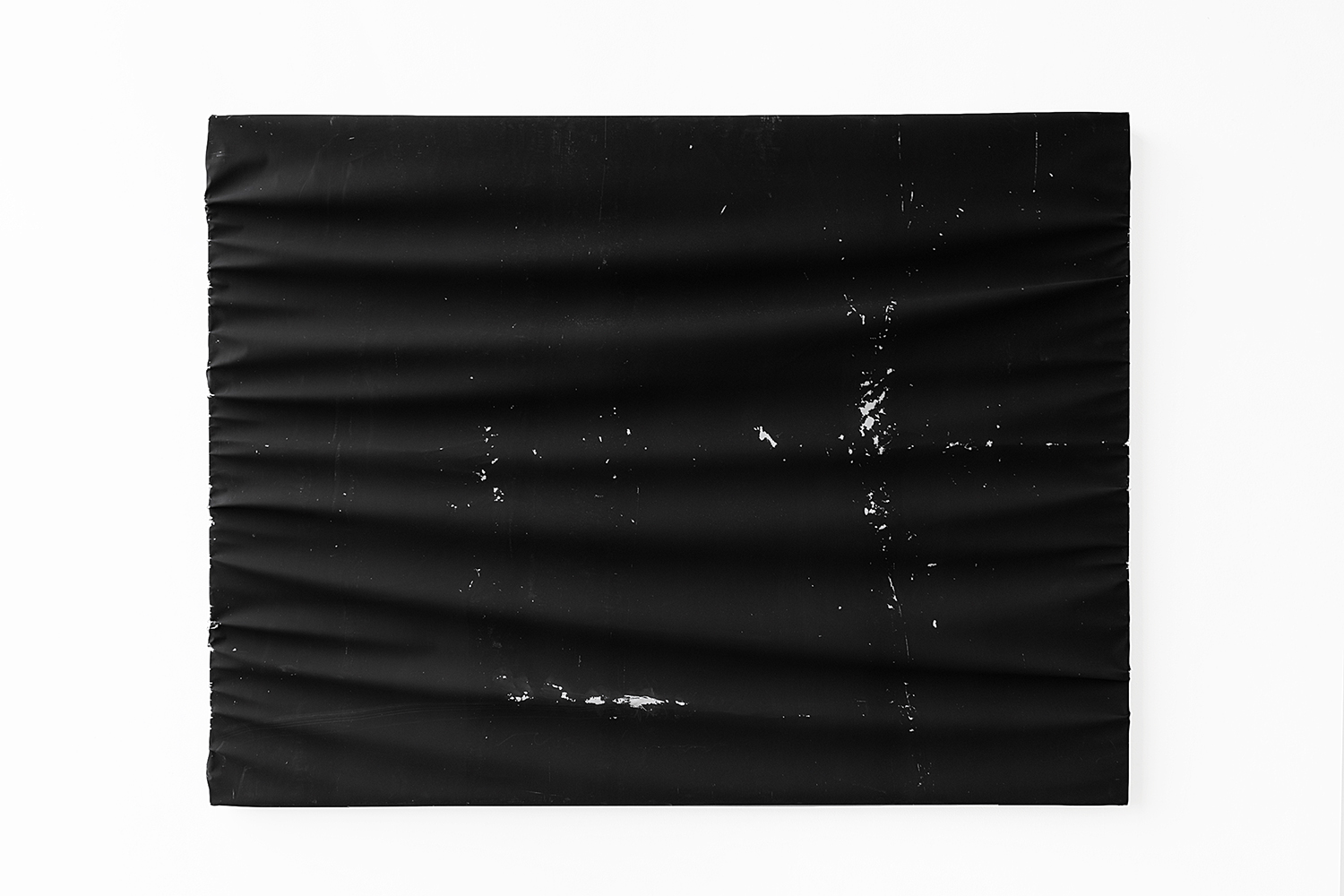 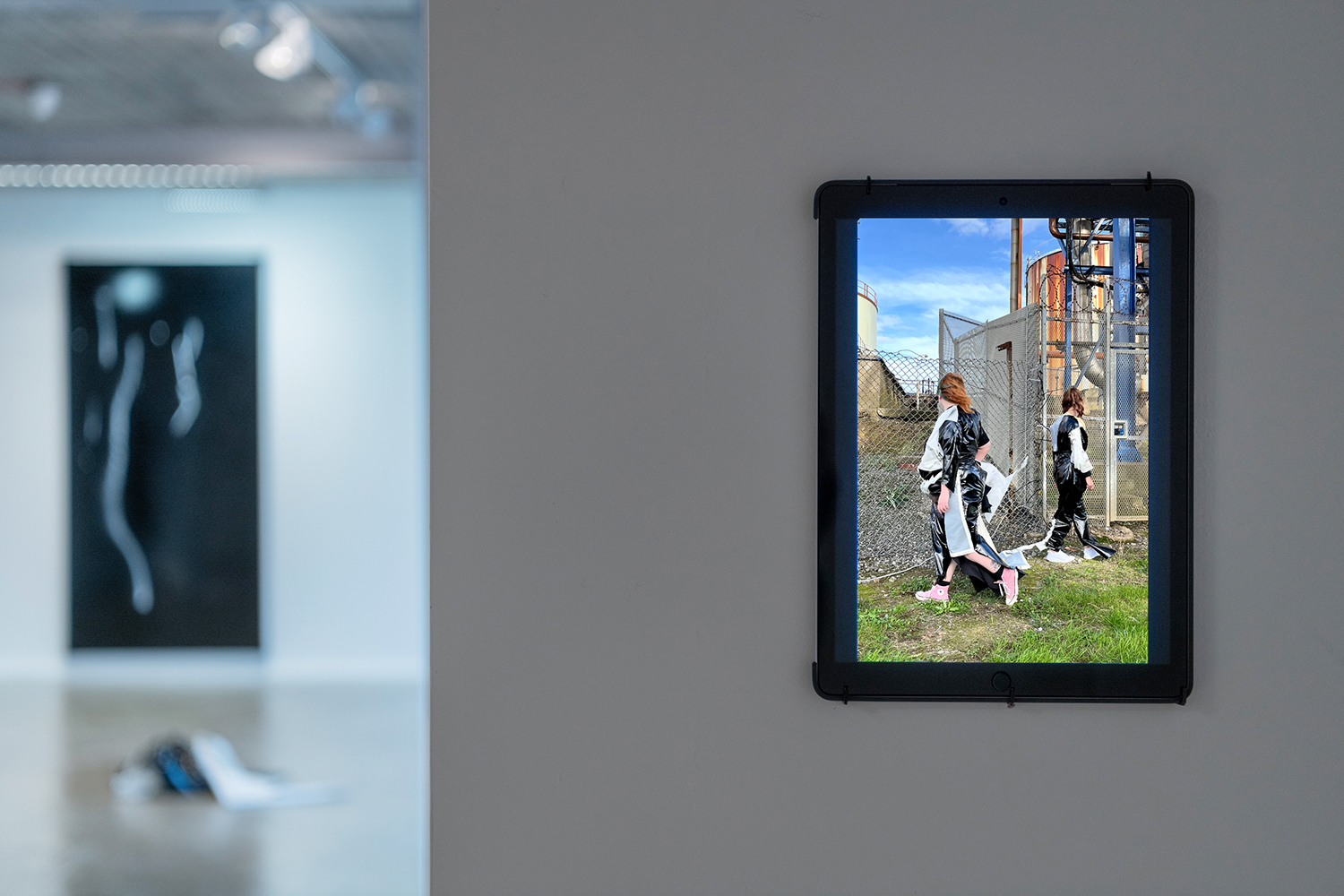 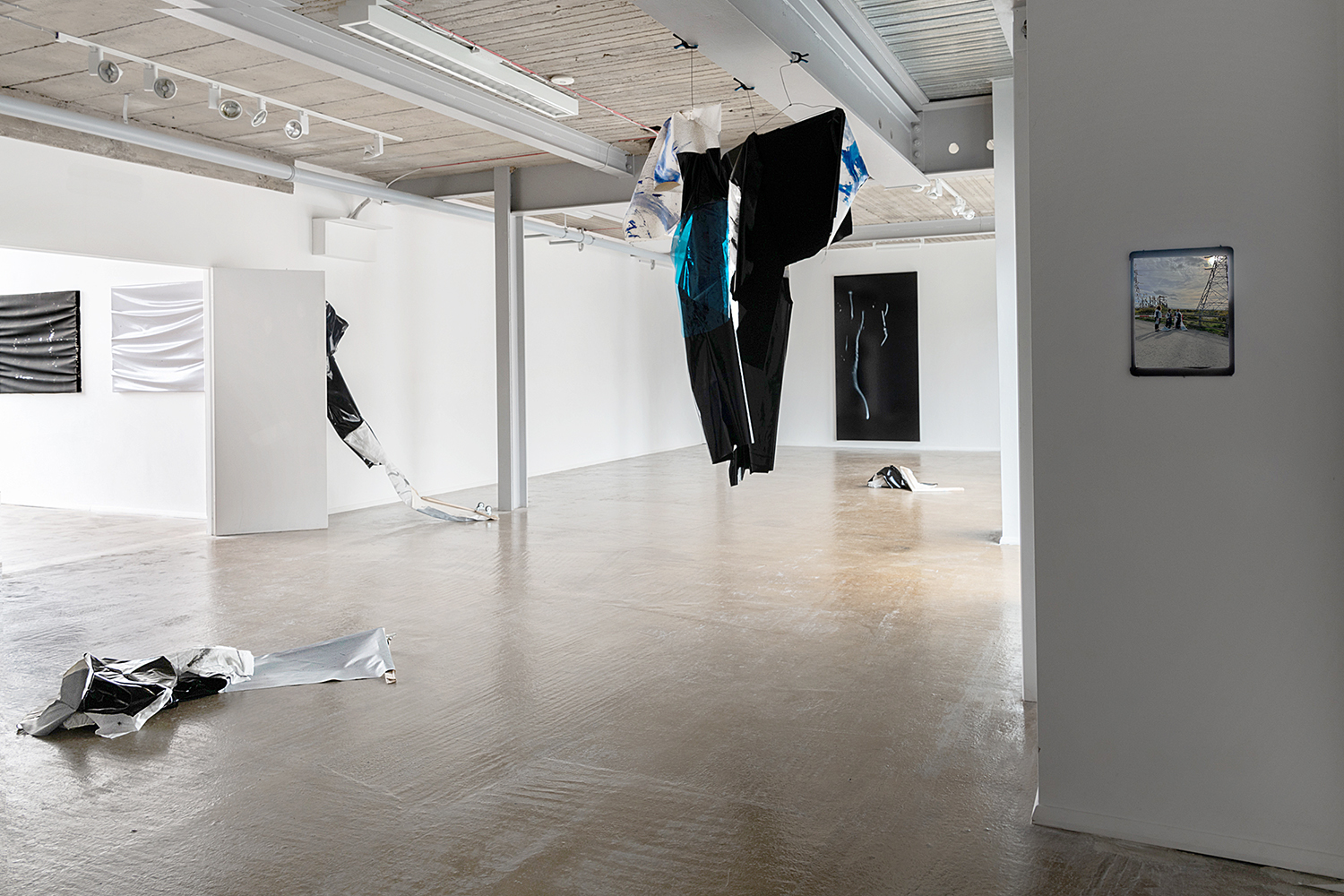 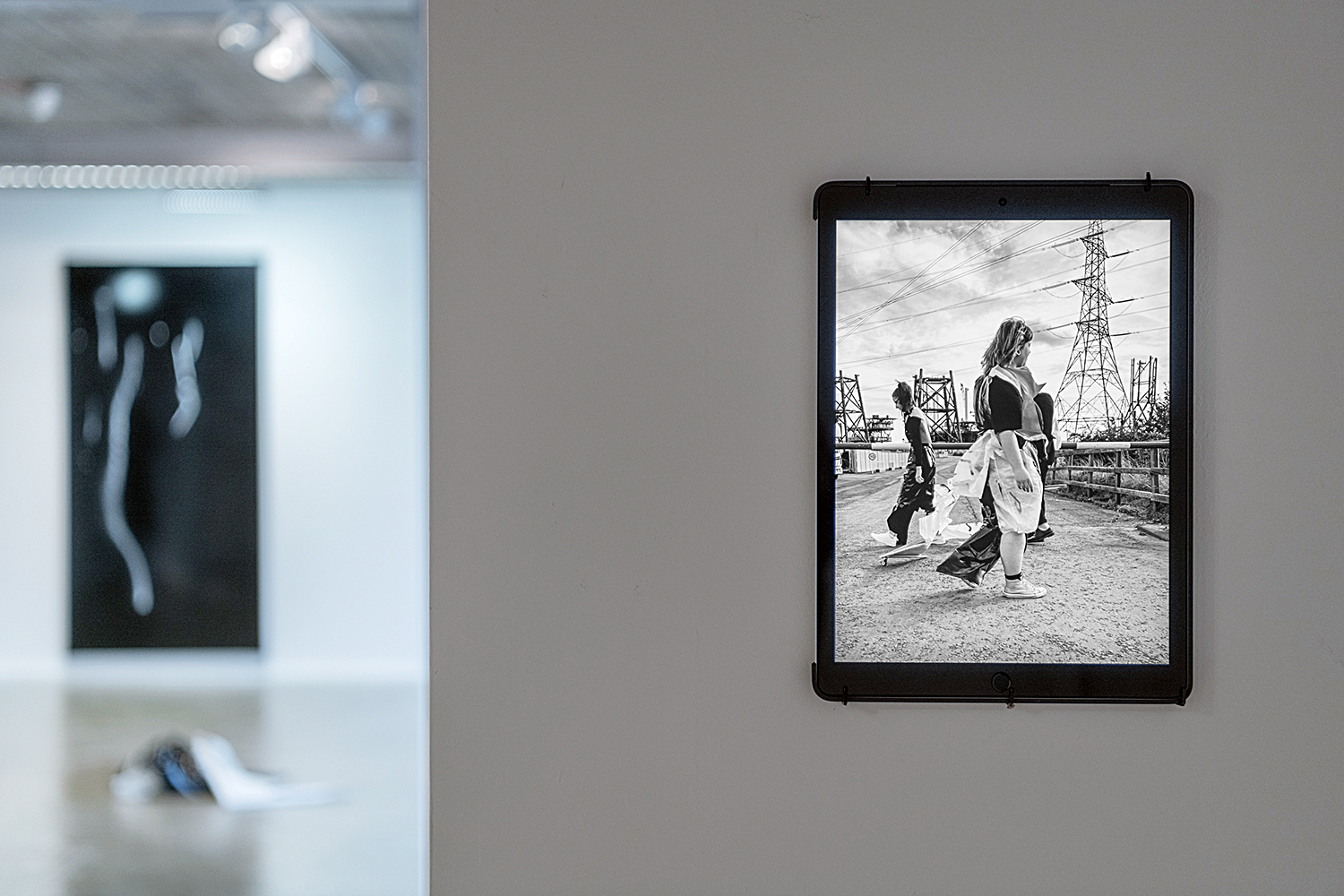 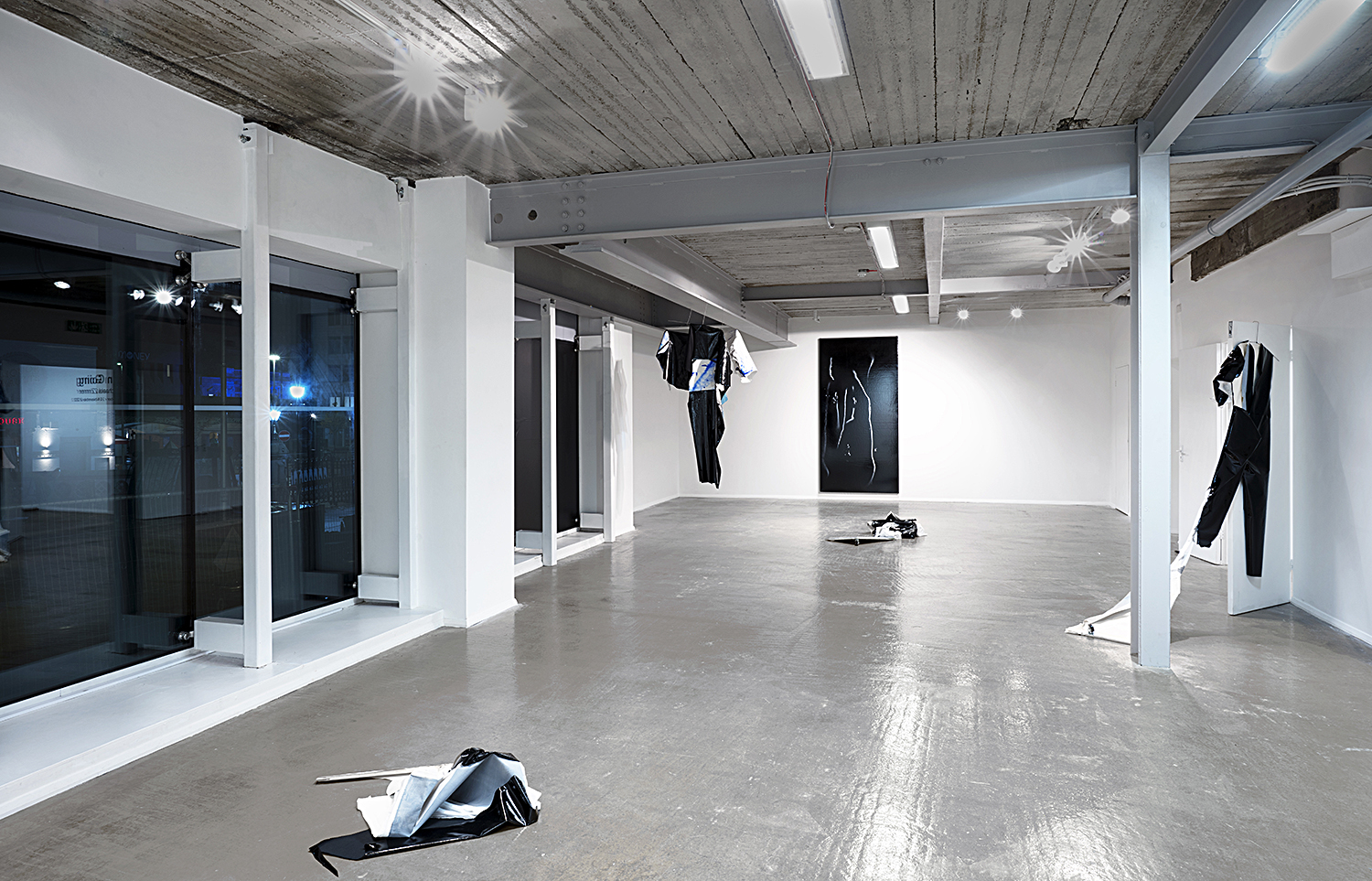 In the UK and the US, full-body suits are back in fashion: cosy and colourful as pyjamas or house suit. Featuring rounded ears or a stubby tail, the onesie then looks like a domesticated form of Heracles’ coat of the Nemean lion, which made its wearer almost invulnerable. Slipping into someone else’s skin has always proved advantageous to humans, be it from cows or crocodiles. Conversely, few Christian depictions of saints are as gruesome as that of Bartholomew, whose martyrdom consisted of being flayed. In murals and sculptures, he wears his skin over his arm like a limp, empty onesie.

Empty overalls also lie on the floor in Michaela Zimmer's exhibition ON GOING, some hanging on welding rods as if waiting for their next assignment. How that might look like is shown in a sequence of images that runs in a loop on a screen: three figures dressed in Zimmer's full-body suits roam the eerily beautiful industrial dystopia of Middlesbrough and its surroundings. Their faces averted or obscured by hair, they appear isolated and stern. Their suits become an incorporate uniform.

These onesies are not made of colourful plush: assembled pieces of shiny black cloth, as if covered with oil, grey painted canvas and white disposable protective suits made of polypropylene seem to shield their wearers from an inhospitable outside world in which the human body needs more than the strength of a lion—rather the constitution of soldiers: Each of her suits is still based on the cutting pattern of a British Army boilersuit, that Michaela Zimmer took apart some twenty years ago.

From the beginning up until now, the overalls are closely connected to the movement of the human body — a theme that has long pervaded Michaela Zimmer's art. The works 220605 and 220604 shown in the exhibition seek to make something as ubiquitous as the movements of our bodies perceptible. Michaela Zimmer approaches this phenomenon with the help of an annotation system inspired by choreographic notations recording the reverberation following movement repetition during her daily run. From the resulting archive of a movement vocabulary, she has transferred the memorised curves, lines, and dots larger than life onto Lacktex Oil Cloth using acrylic spray. Michaela Zimmer abstracts the physical intuition of movement into a filigree visual immediacy that connects with the beholders’ through their mirrored black image.

With these works, Michaela Zimmer's own powerful jogging movements become a stimulus for the boilersuit-wearing performers. If you look closely, her movements are to be found everywhere in the exhibition: they are present in the material of the disposable coveralls worn and spray-painted in previous performances, as much as in the grey or gesturally blue painted canvases, now enclosing other people’s arms and necks as parts of the coveralls. Zimmer's own energy finds a transfer in this: the impasto layers of paint and the synthetic textiles promise protection and strength, but they also trail behind the wearers in a train of stretcher bars partly covered with canvas. To set this material from her past in motion too Michaela Zimmer equips it with heavy duty caster wheels. But movement proves difficult for the canvas frame: the asphalt of the industrial landscape is not its natural habitat.

Stretcher frames and wheels, movement and liminality, dance, and boilersuits: in ON GOING, materials and techniques from Michaela Zimmer's long artistic career in Great Britain and Berlin come together. Like a remix, the works inscribe themselves into each other, develop each other further and open up trains of thought: how does movement coming from within us influence the full-body suit made out of skin, fabric, space and environment that surrounds us every day?