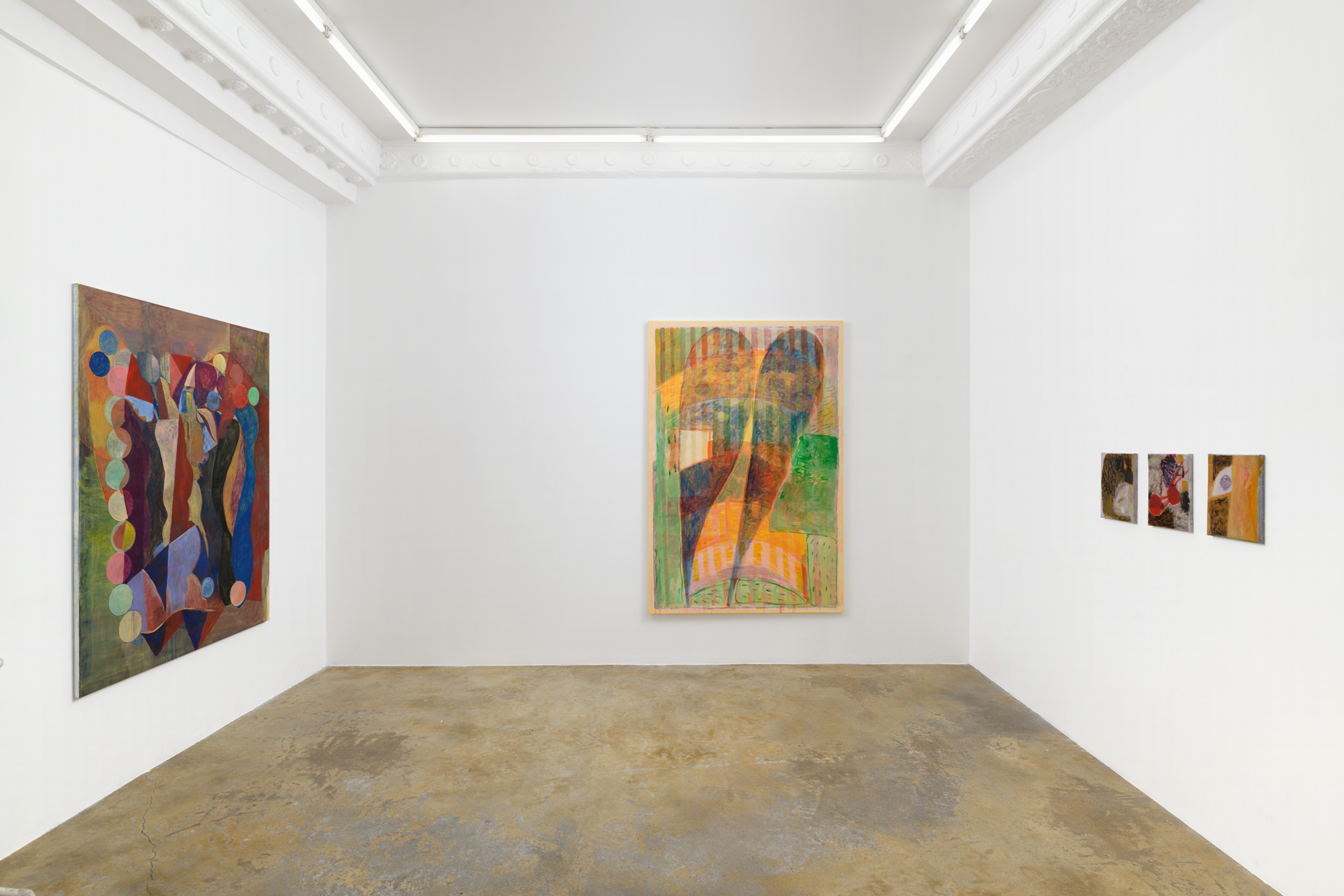 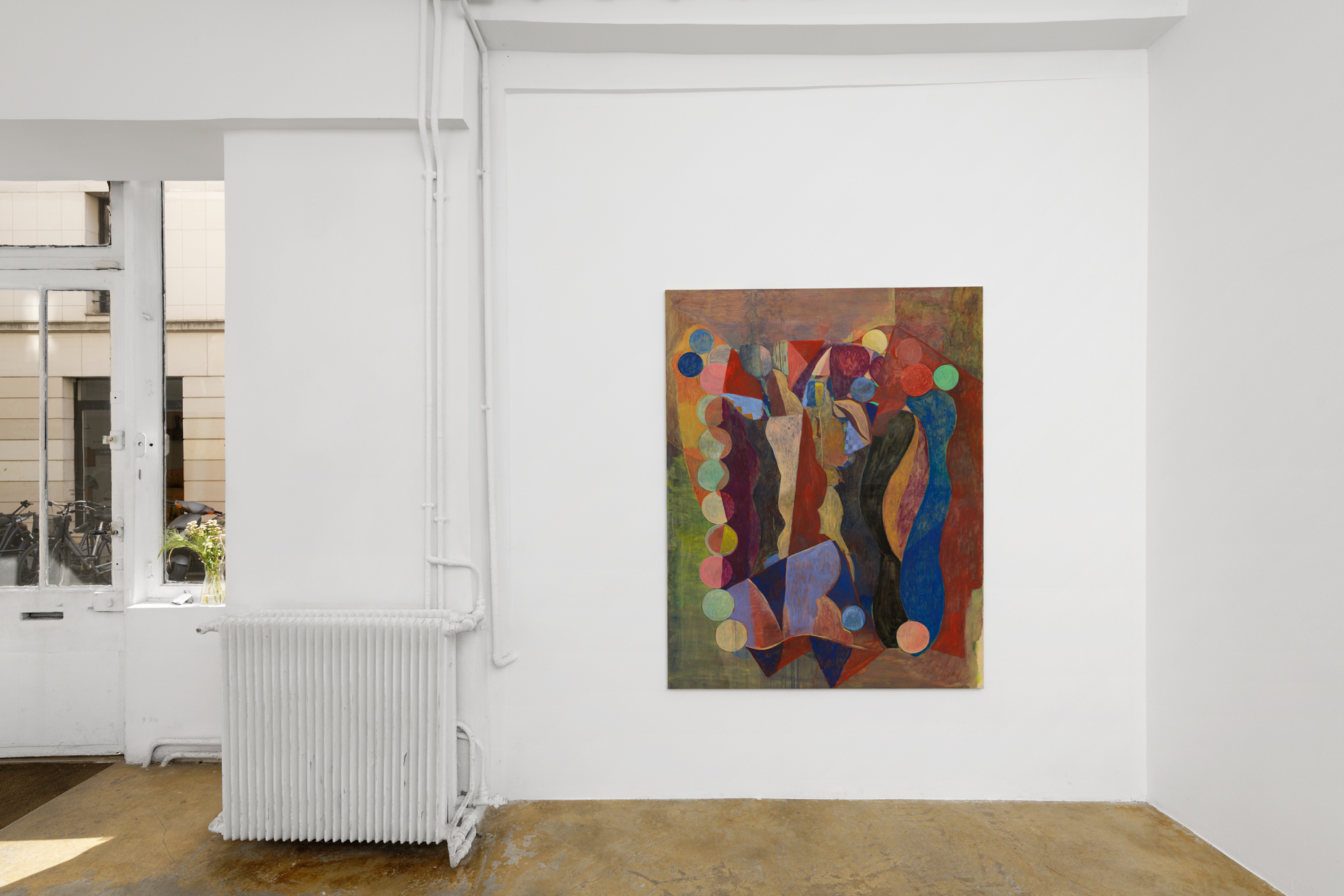 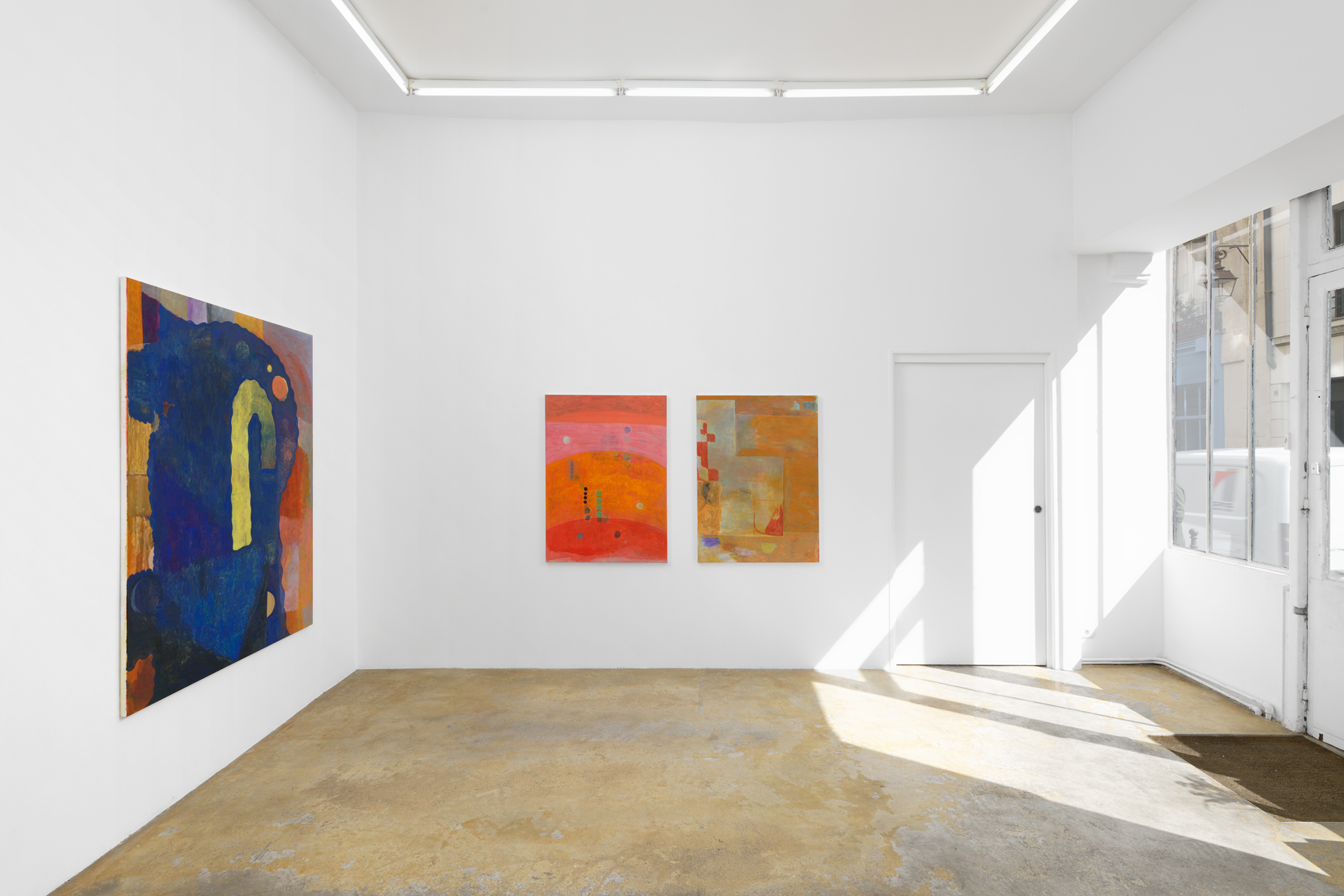 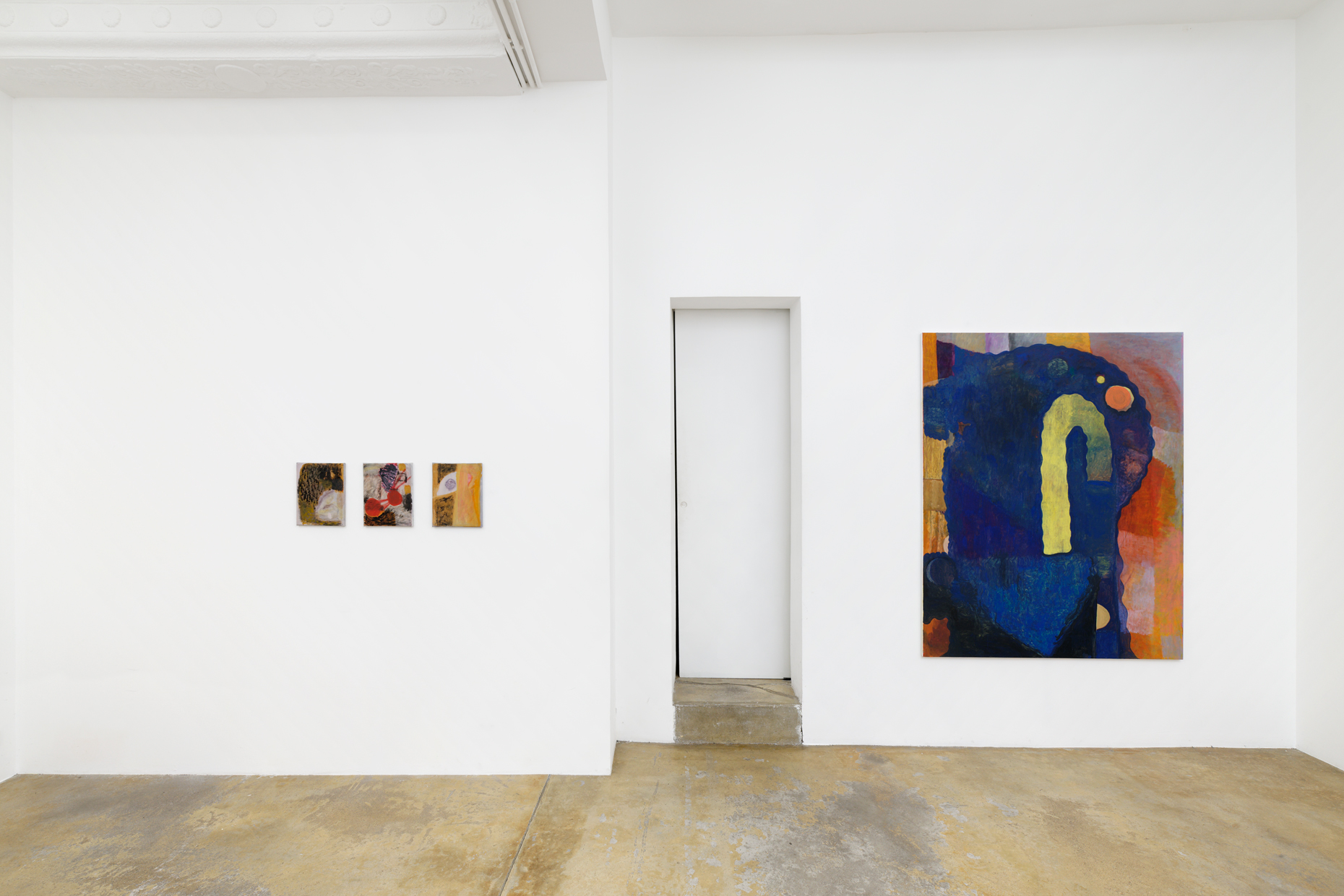 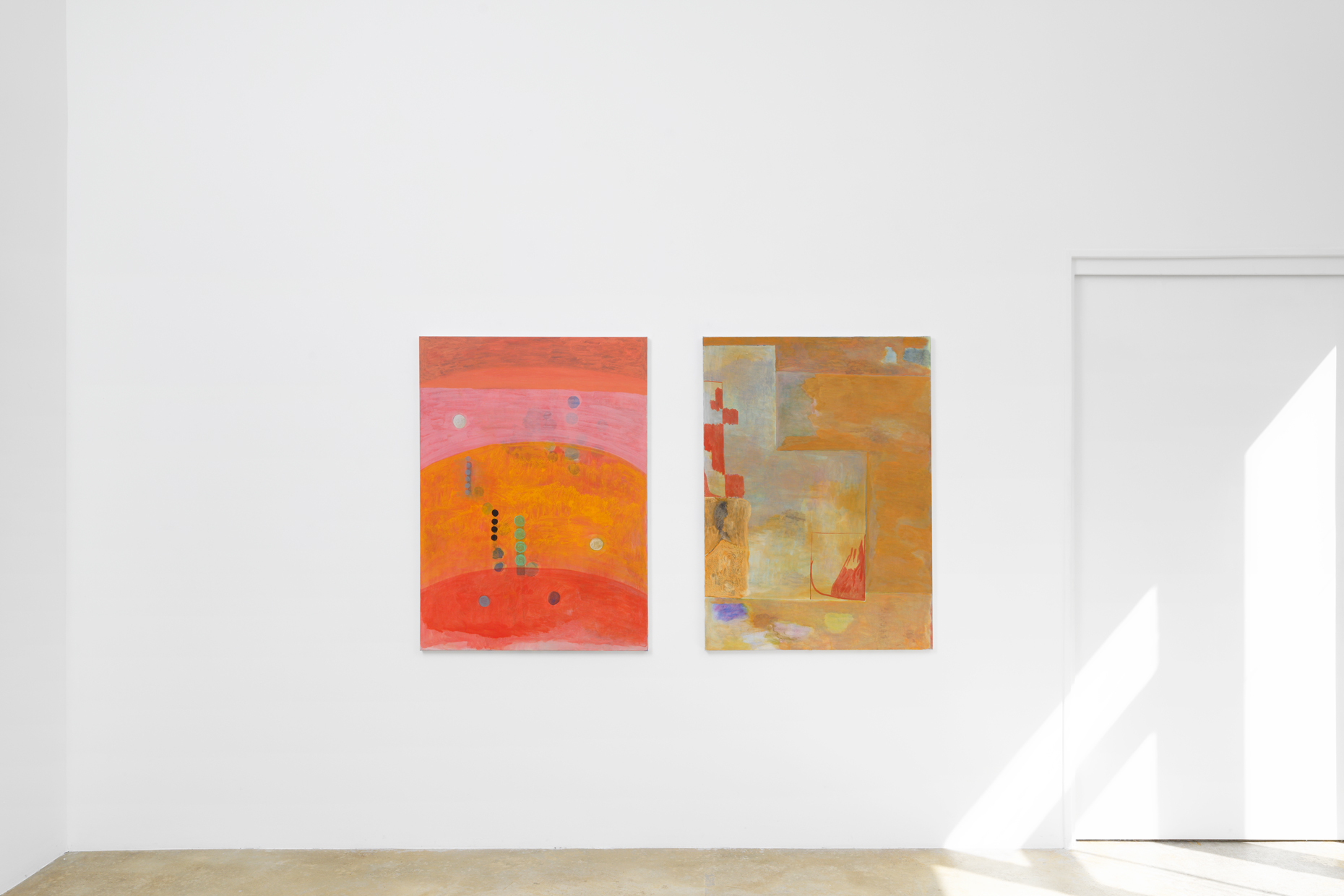 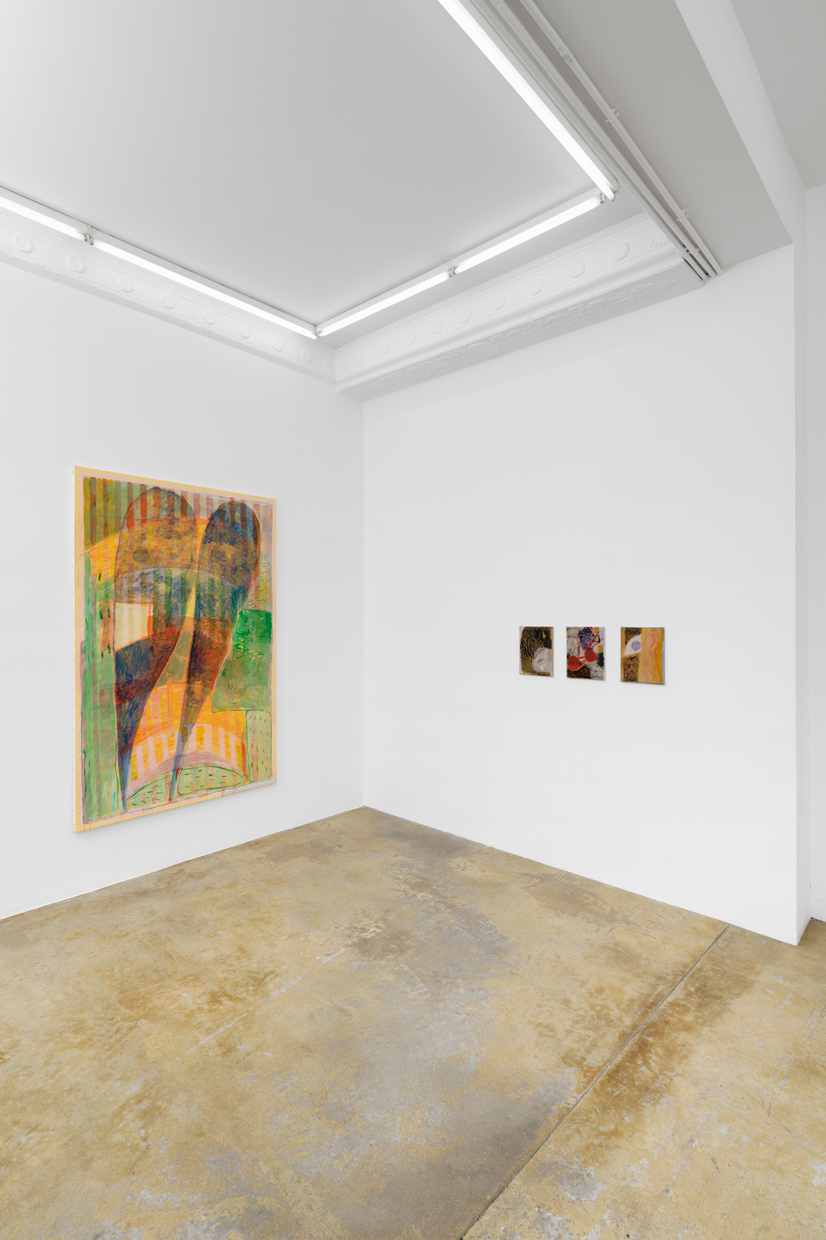 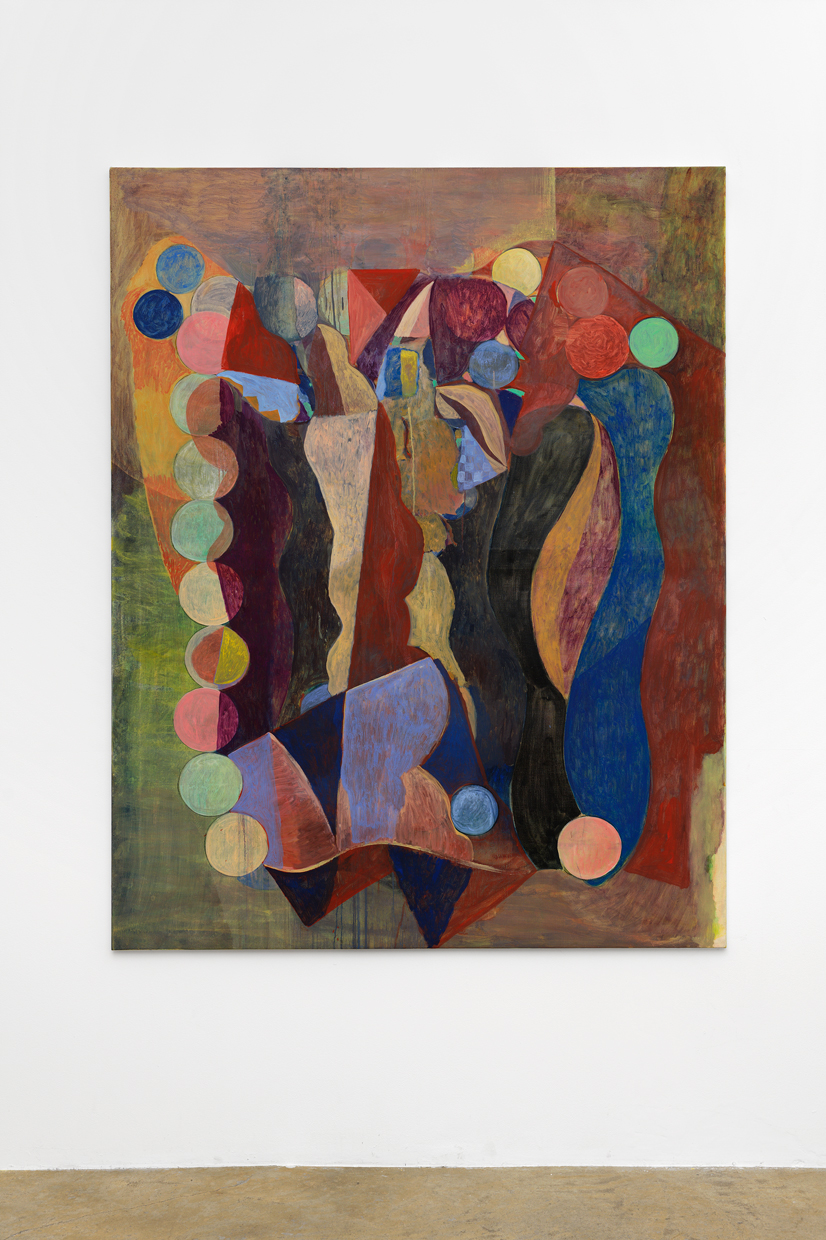 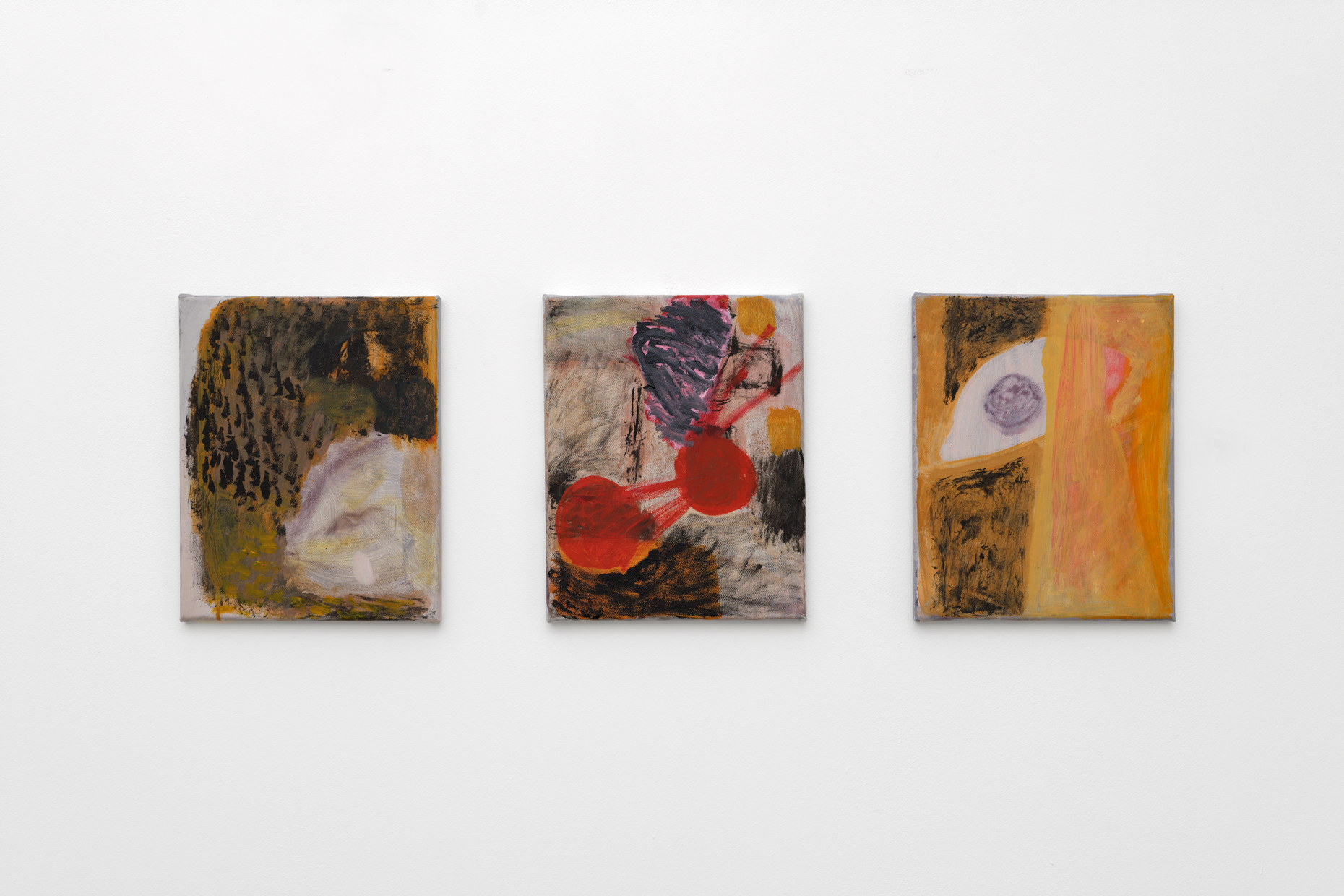 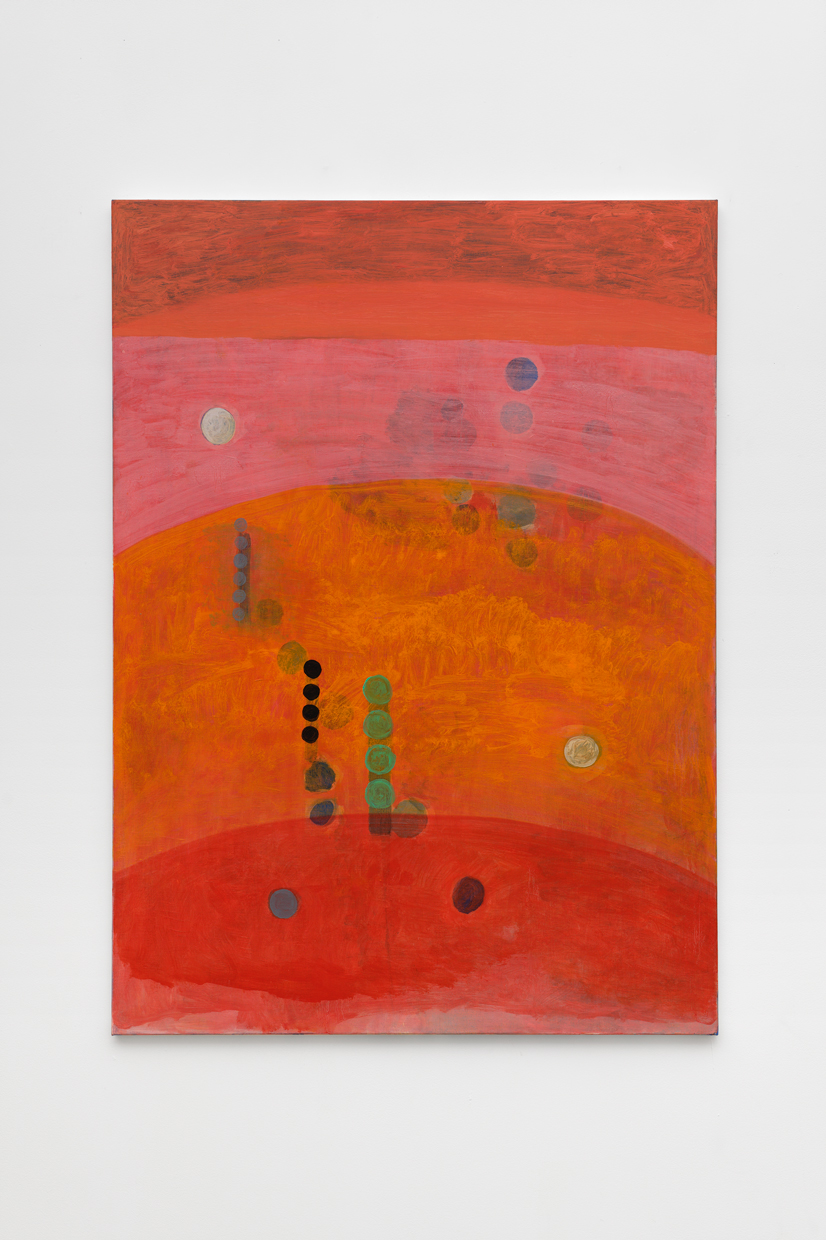 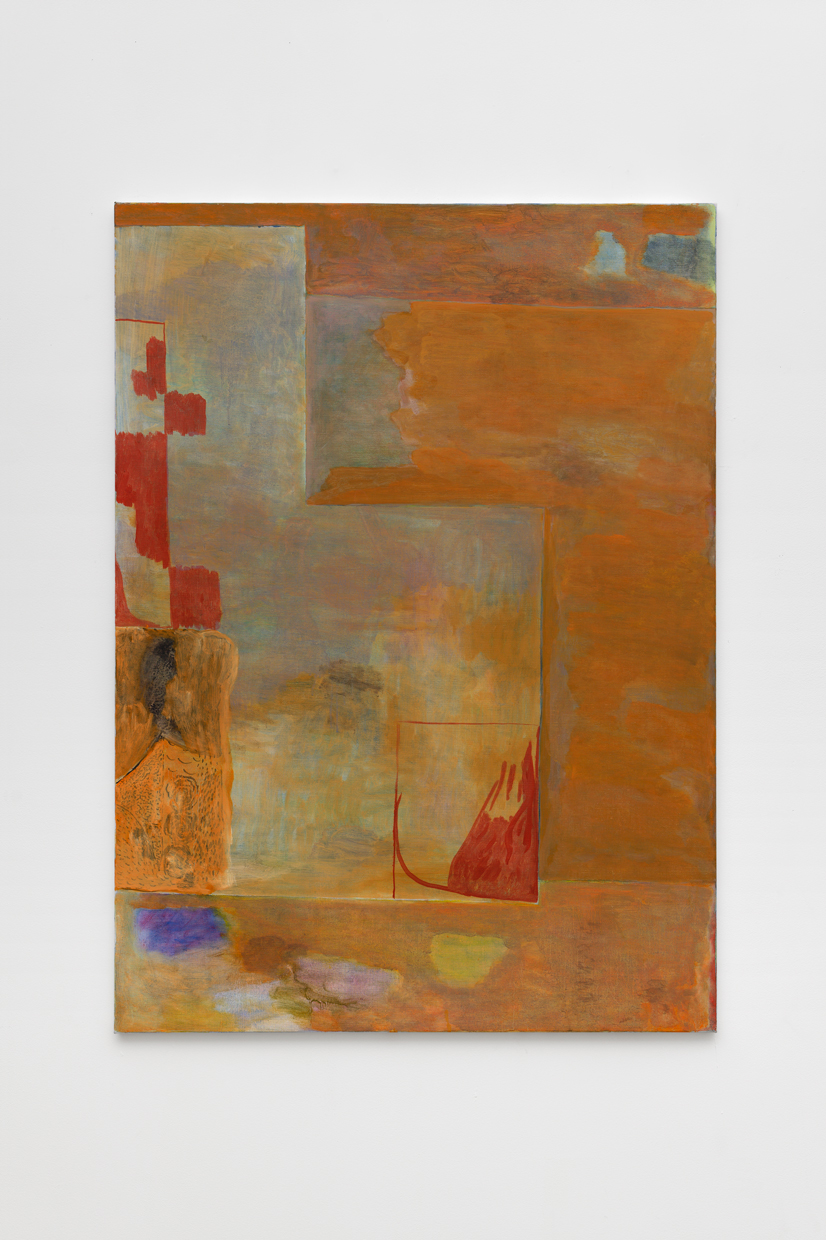 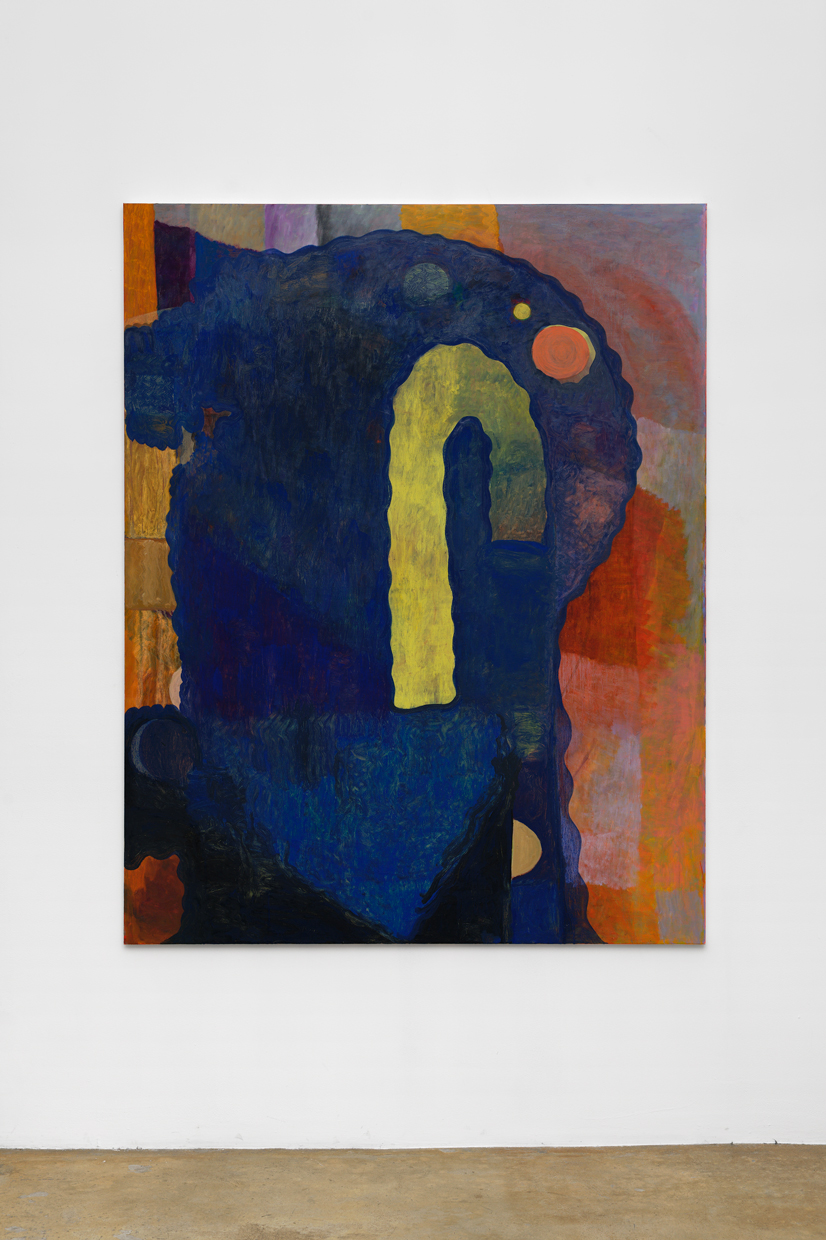 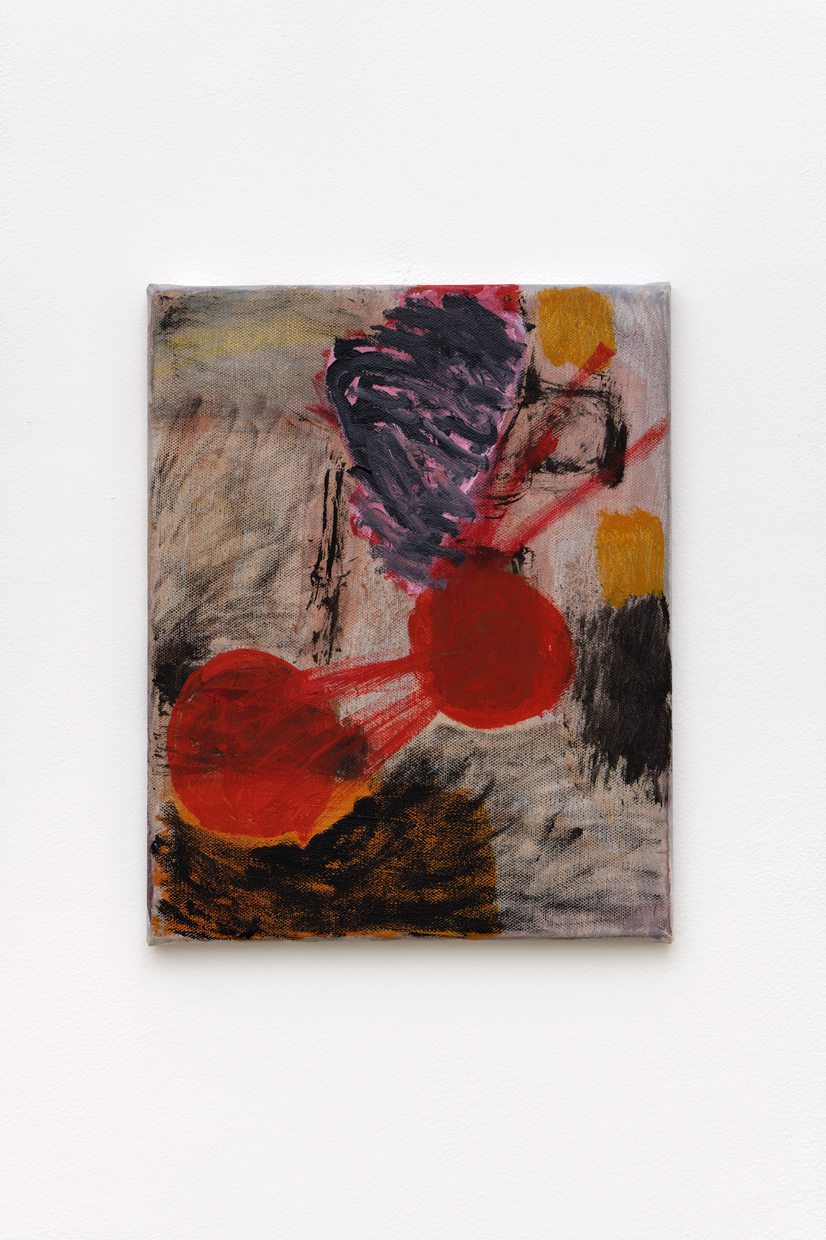 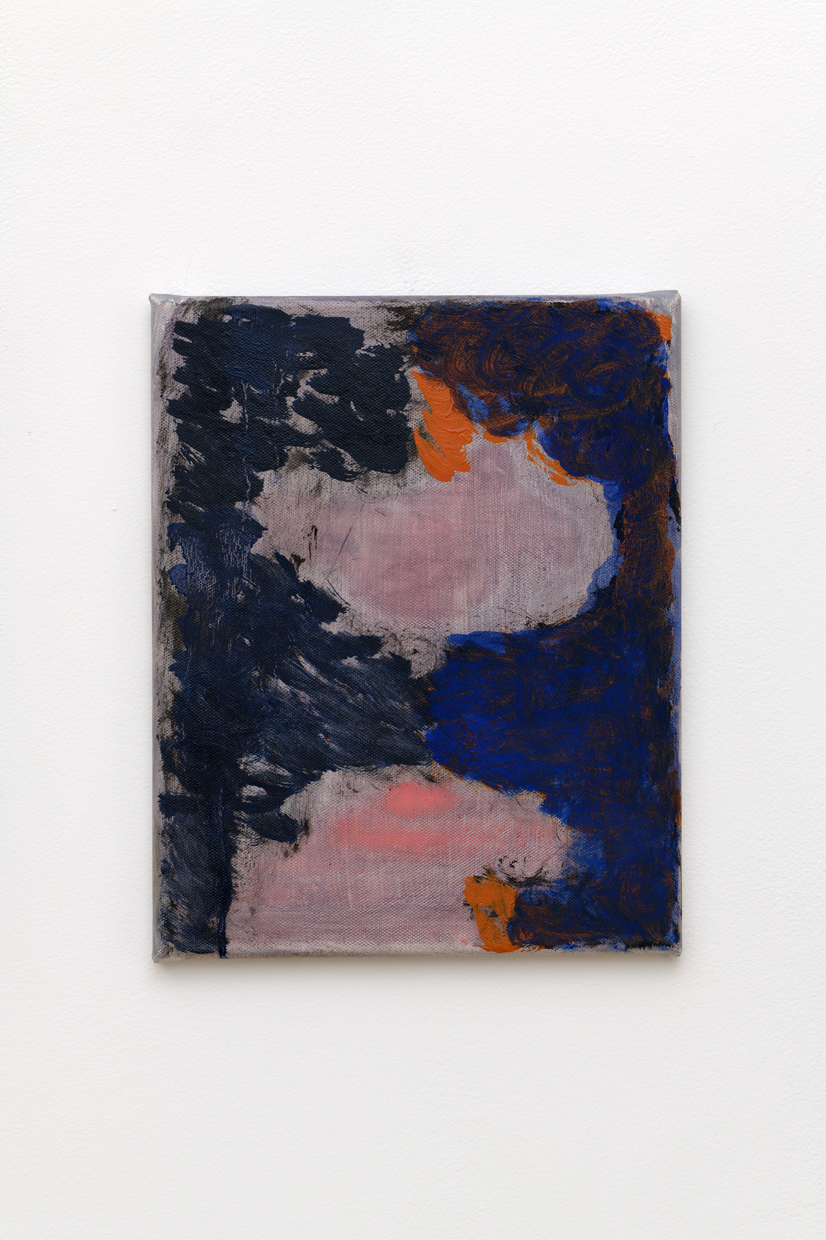 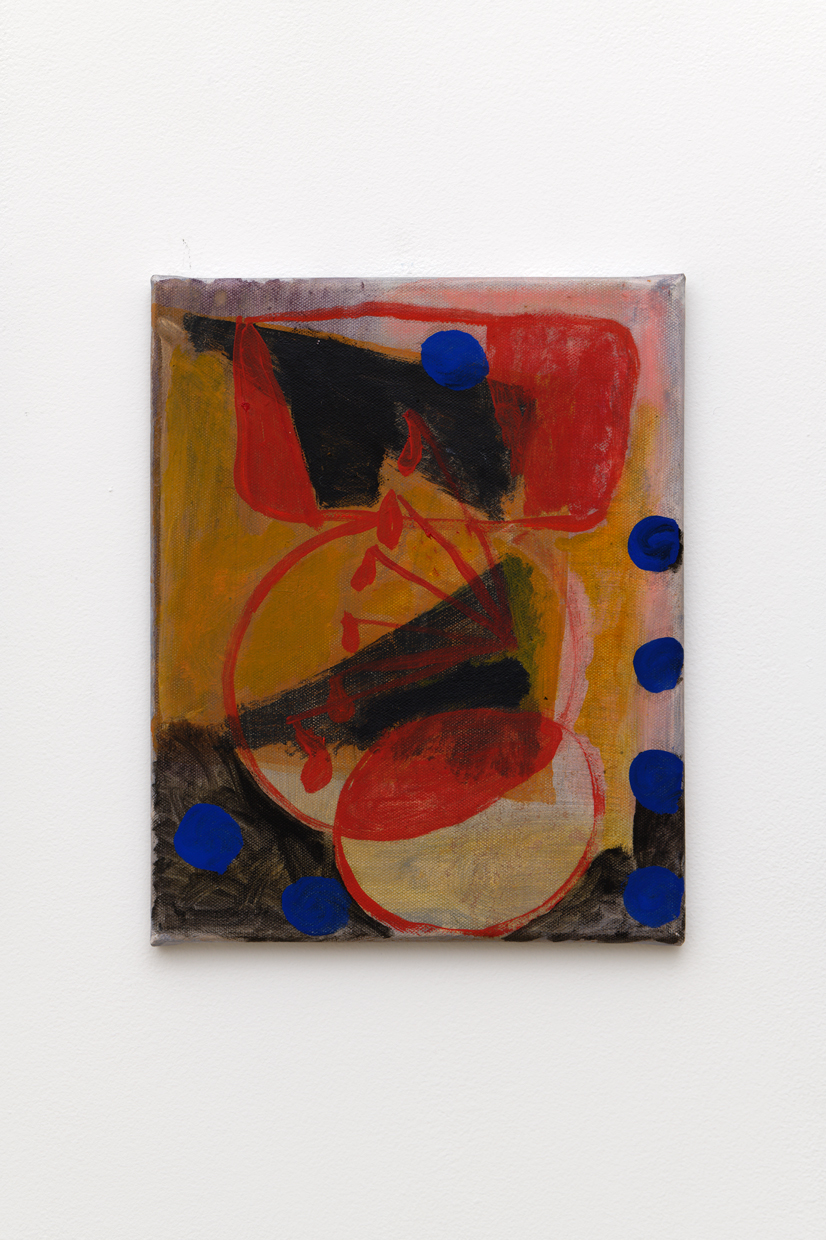 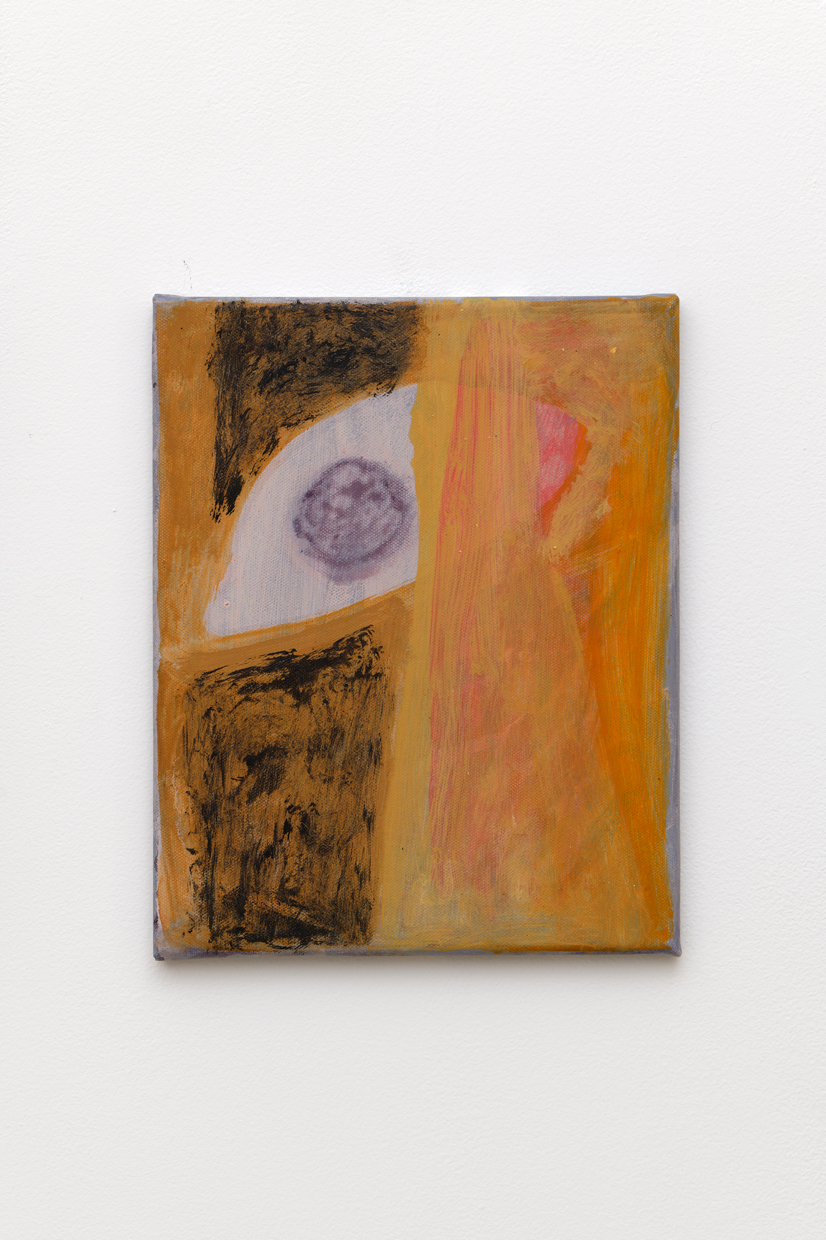 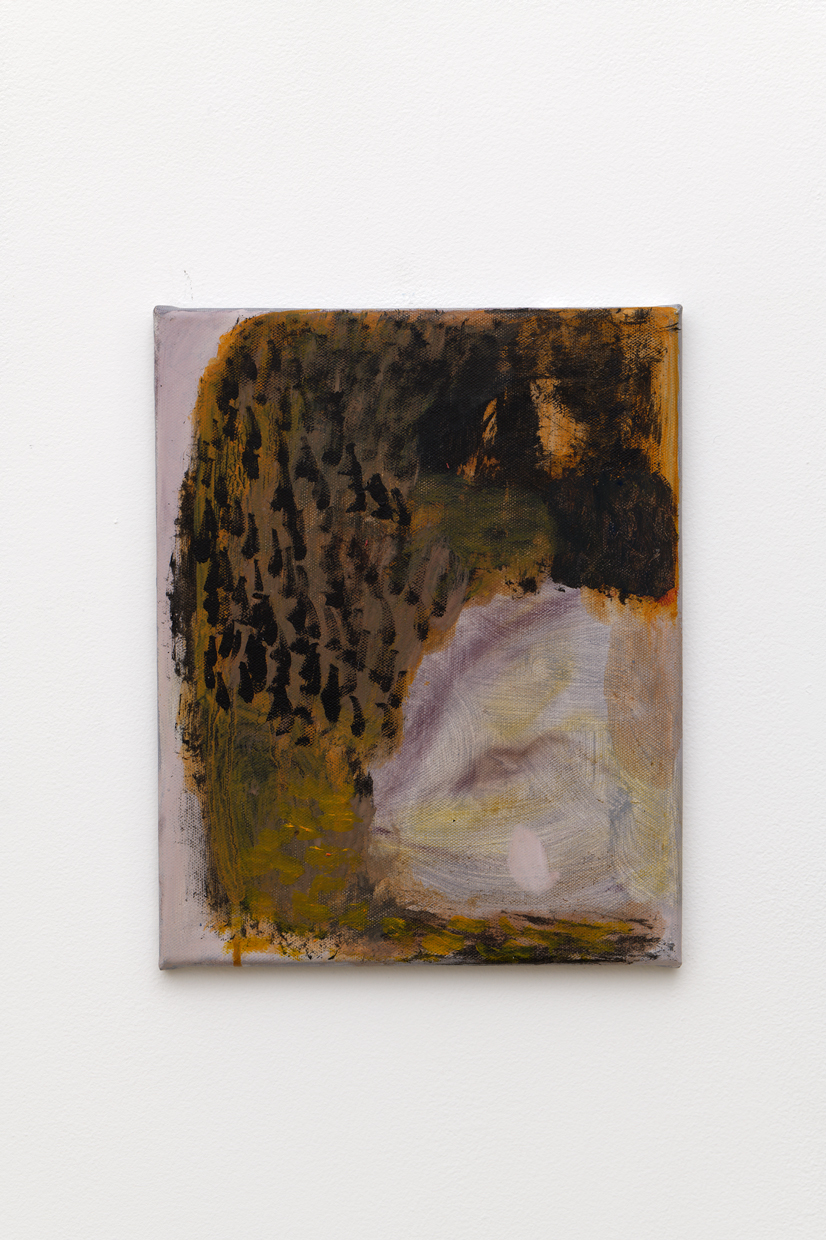 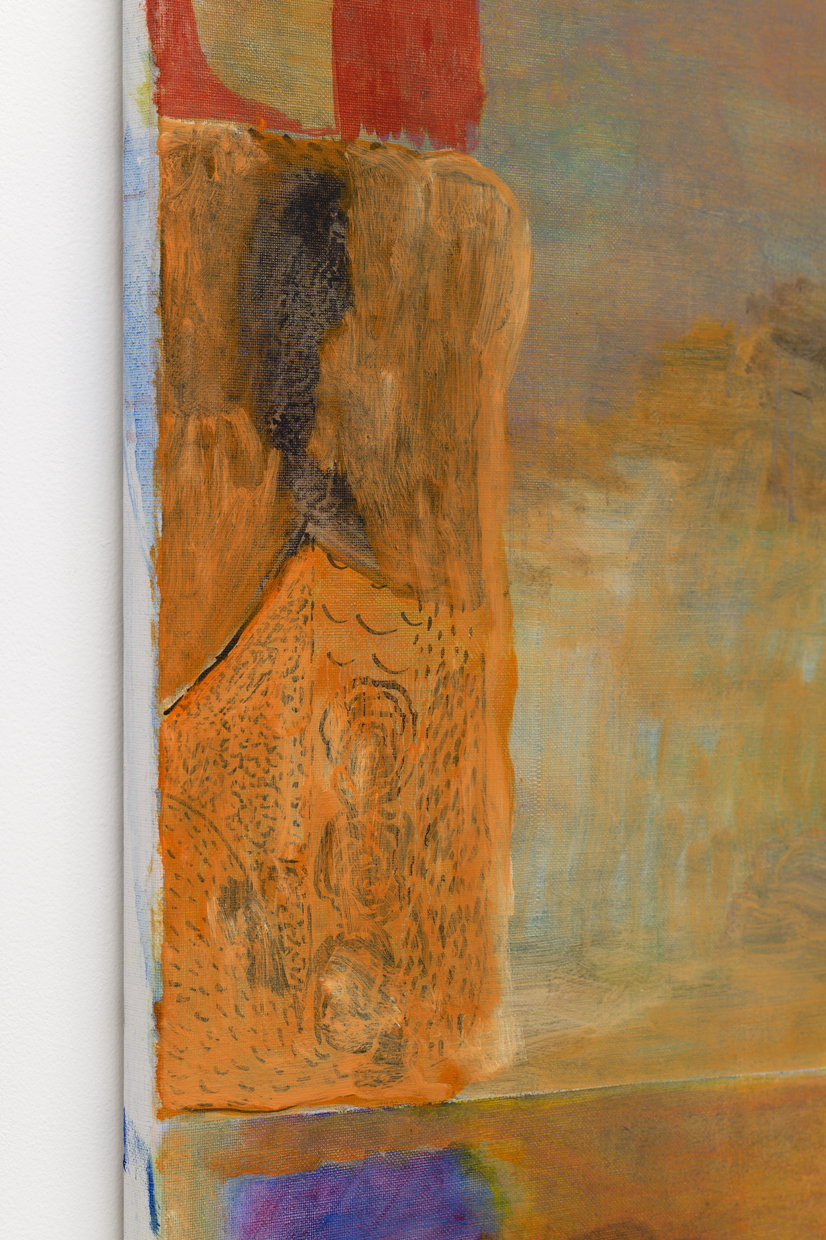 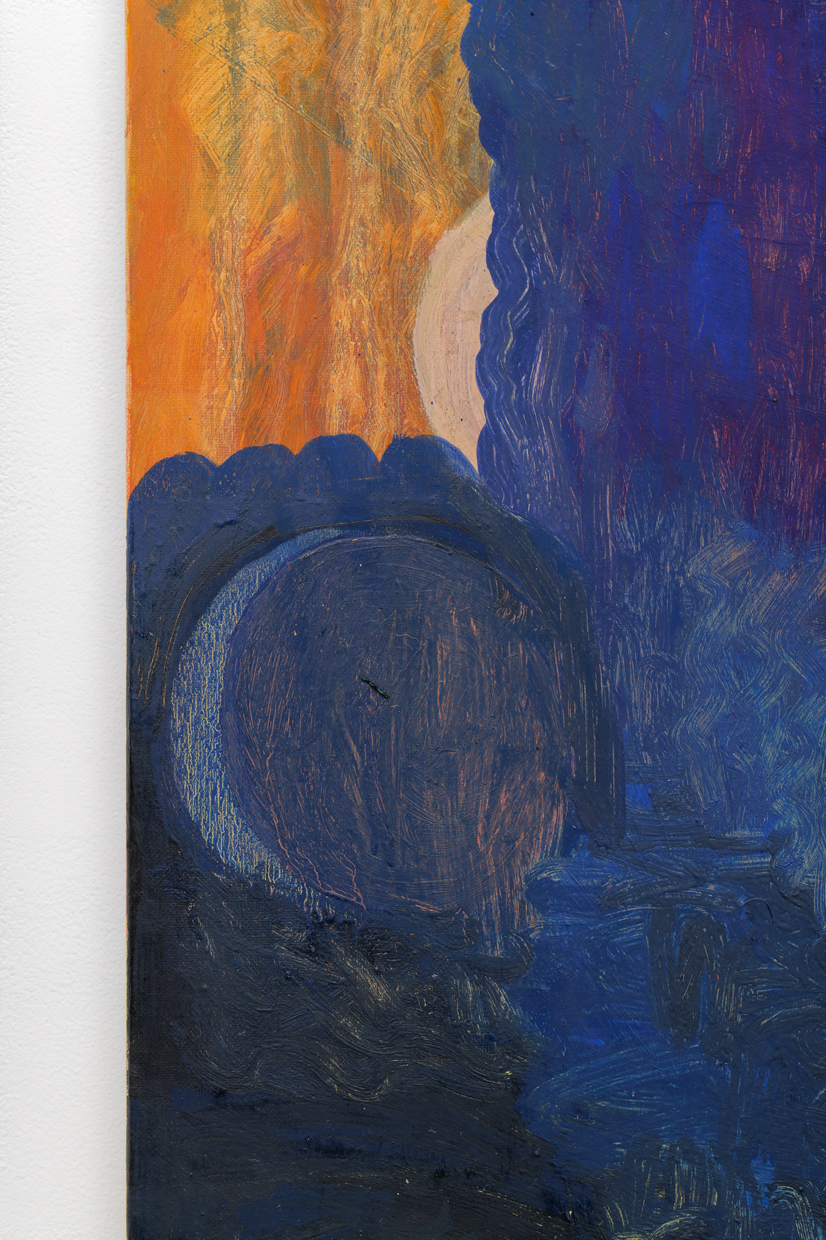 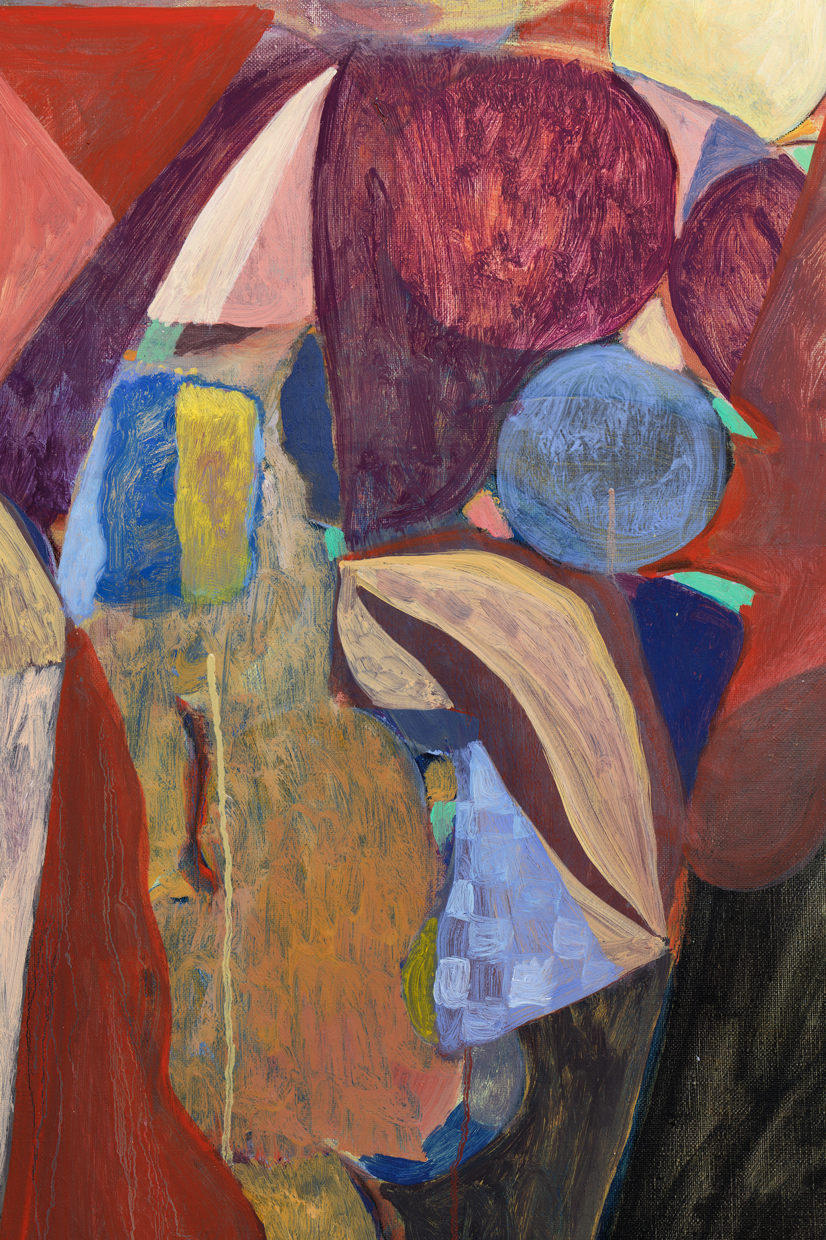 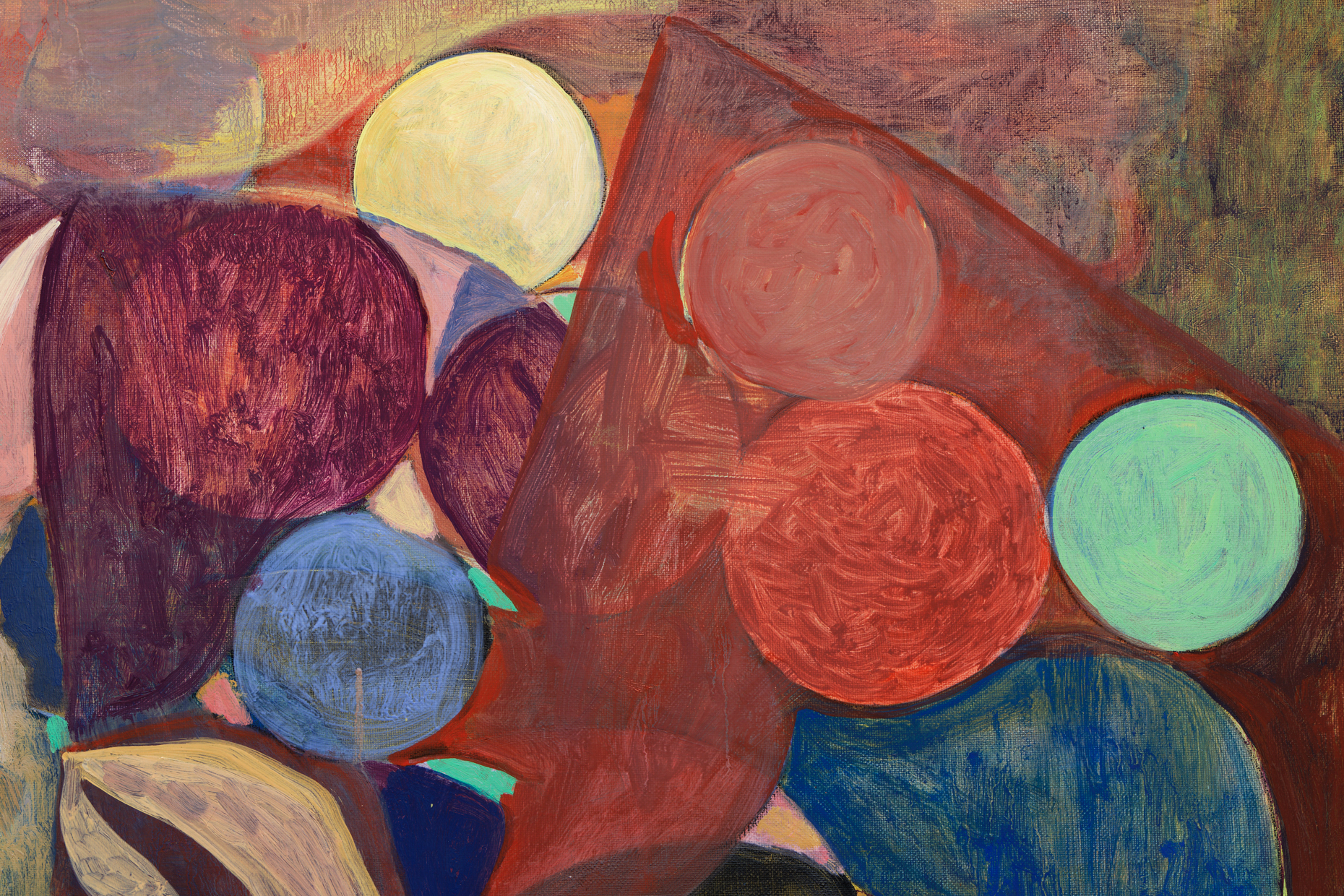 The title of this first solo exhibition by the artist Romain Bobichon at the Galerie Florence Loewy came from a typing error by the artist’s mother, writing too fast on her computer’s keyboard.

It evokes both one of the most powerful stars in the universe and a referential value, closest to our inner self: the personal pronoun of our individuality faced with the world. Two value nodes poles apart from each other, linked or separated by a period that does not end anything, much to the contrary.

Before falling asleep, I sometimes play with nuanced forms of gray that emerge in the dark infinite landscape of my closed eyelids. When I was a child, I thought I was a master of these liquid abstractions, these sometimes granular, sometimes smooth materials. Working hard to attenuate the rough forms to create a silky material like oil, before being able to fall asleep in this monochrome whose color (#16161D) has a name: eigengrau, “intrinsic gray” in German). This color is that of an impossible black. It manifests itself in a non-vision context, through the appearance of photons that are luminous in the dark. This color is the memory of a mental gray, a light in the retina.

In Romain Bobichon’s paintings, the grays are colored in dark, almost muddy nuances. This sometimes uncontrolled phenomenon in painting comes from aggregates of the material, meetings between colors. Colors that are nonetheless chosen, as much as the chosen stretcher formats, the work timeframes, which are partially chosen. Whereas the measurements of one’s body, one’s hands, one’s torso are not chosen. The gestures are subject to the intuition of this body, these hands. Working conditions are variable: an unstable economy with changing natural light. The mind is nourished by collective stories in the daytime and solitary readings at night.

It is summer and the canvases are drying in the studio. I could describe to you in this text what I saw there: the formats, the colors, the materials, the forms. But a textual description of these paintings would not in any way show an exact representation of what you are seeing today as you read these words. In the same way that you and I do not have an identical visual spectrum, and that our eyes do not read the same nuances that are played out in transparency, the language that I will have used to partially describe these paintings will probably have been disturbed by my subjectivity and my personal emotions. On the other hand, the pictorial phenomenon is played out in each of the paintings and is being produced even as I write these lines: layer after layer, covering one painting after another, would not make it possible to create a static image of them. Whatever the case, it is obvious that if I could write Romain Bobichon’s paintings, they would not warrant being hung in front of you. However, silence is not called for and these words more clearly come from a relationship, experienced contextually with the works and thoughts shared with Romain than a vain search for a semiotic utopia (search for signs, to read them and say them aloud). This text is therefore to be apprehended like a commentary on a relationship superimposing (once again a story of layers) two presences: that of color and that of language.

If Romain Bobichon does not take anything from elements of the real, he pays particular attention to his thoughts for the others (artists) whom he summons like passing friends, more than chronological reference points in art history. He summons them to stroll with them in the history of forms and colors. At the end of the day, he leaves them without any regrets and returns to the solitude of his studio. In Romain Bobichon’s sedimentary paintings, there are layers of stories hidden in them, as there are in himself. They reveal his subjectivity as a whole and their relationships, which are woven in this space-time that is dedicated to them, as unique variants of themselves. All these layers of relationships, conditions, uncontrolled impulses spring up like “a surprise that (tells him) something (that he didn’t know) already.”[2] The colors talk to each other, “block each other, contradict each other; they live and die according to movements of destruction and perpetual reconstruction.”[3] They are relational, they circulate between themselves, between you and me. Covering one painting after another creates this very canvas, creates a vibration, a visual noise that is perceptible according to the attention paid to these surfaces that retain the memory of those that preceded them, like sisters of another generation or past experiences that withstand time.

Have you already tried to specifically identify each instrument in an orchestra, each row that emits and composes a symphony? It is not really this identification that counts, but the very result of listening to it, and here, of seeing it. In the same way that heteroclite objects, which nourish the collecting of hoarders (people who keep everything or never throw anything out), do not have links to each other apart from their relationship to the body and their accumulator who lives in the last empty spaces of his invaded environment. Could abstraction be a form of pictorial Diogenes syndrome? Cannibalizing the memories of forms and colors, assembled and mixed in the painting’s transparency. The accumulation of each form, each color, each musical tonality creates the sound coherence and visual perception of a homogenous and harmonious or dissonant ensemble depending on the intention of the writing, calling out to each other in the interstices of silences, of each of them.

Certain people fill the void with speech, in order to create a constant link with the other, as though silence altered the link between bodies and minds. Others appreciate the void between them. They hear each other in a shared sound void that slows down the discussion. This silence creates a link in the reception of information drawn from the discussion that preceded it. The empty space is one of the conditions of the relationship that Romain Bobichon creates with his paintings. It becomes a threshold between him and them, between them and us. He is both the conductor of his pictorial thoughts and the friend who creates an intimate link between each of his paintings, respectively being born in the context of his studios: located today in Saint-Beauzile, yesterday in Carquefou, and tomorrow?

Romain Bobichon evoked in our discussions the artist, theoretician and activist Tetsuo Kogawa, who gave an account of his experience in the Japanese free radio movement of the early 1980s. Kogawa reinvented the relationship of transmission and reception of radio waves: from broadcasting (massive diffusion) to the idea of narrow-casting (limited diffusion) involving a more intimate relationship with the receivers located in the intimate perimeters of the city, addressing a group of situated and involved people. We can thus situate the origin and the address of speech. Romain Bobichon also attempts to understand and apprehend these transmissions and receptions (massive/limited) relationships of the pictorial gesture: From where and for whom do I speak? From where and for whom do I paint?

Like signs of invisible punctuation, which dictate the rhythm of our enunciation (we do not see them, but they speak to us), abstraction, if it does not harbor signs, is not however mute. Then like the mouth, which permits us to share thoughts, the hand could transmit a pictorial thought, beyond writing. If the hand liberates speech, does the painting whispers thoughts on the fingertip to my eyes?