My Street, and the Films I Dream Of at Haus N Athen off-site (at Vatsaxi 6) / Athens, Greece

My Street, and the Films I Dream Of 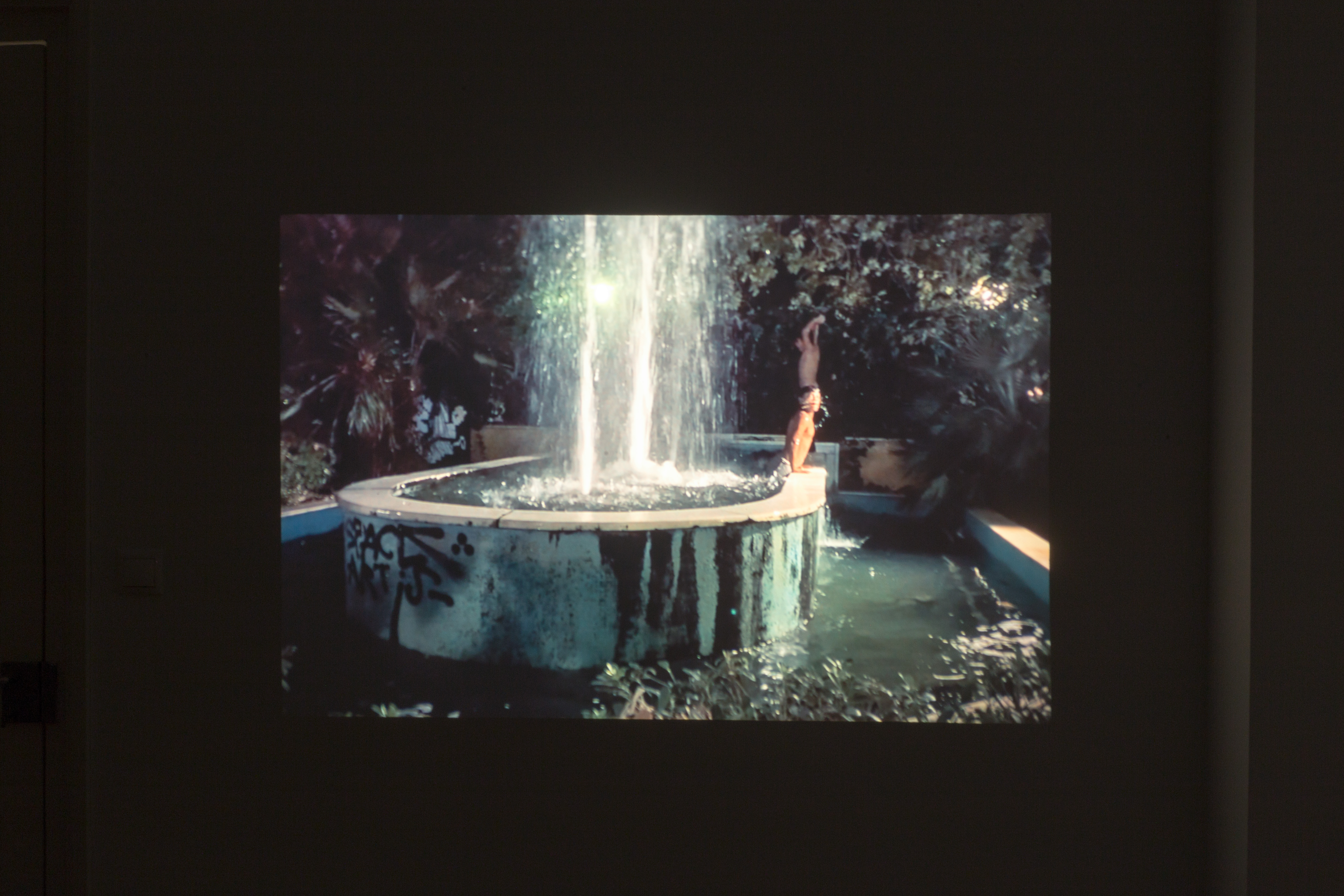 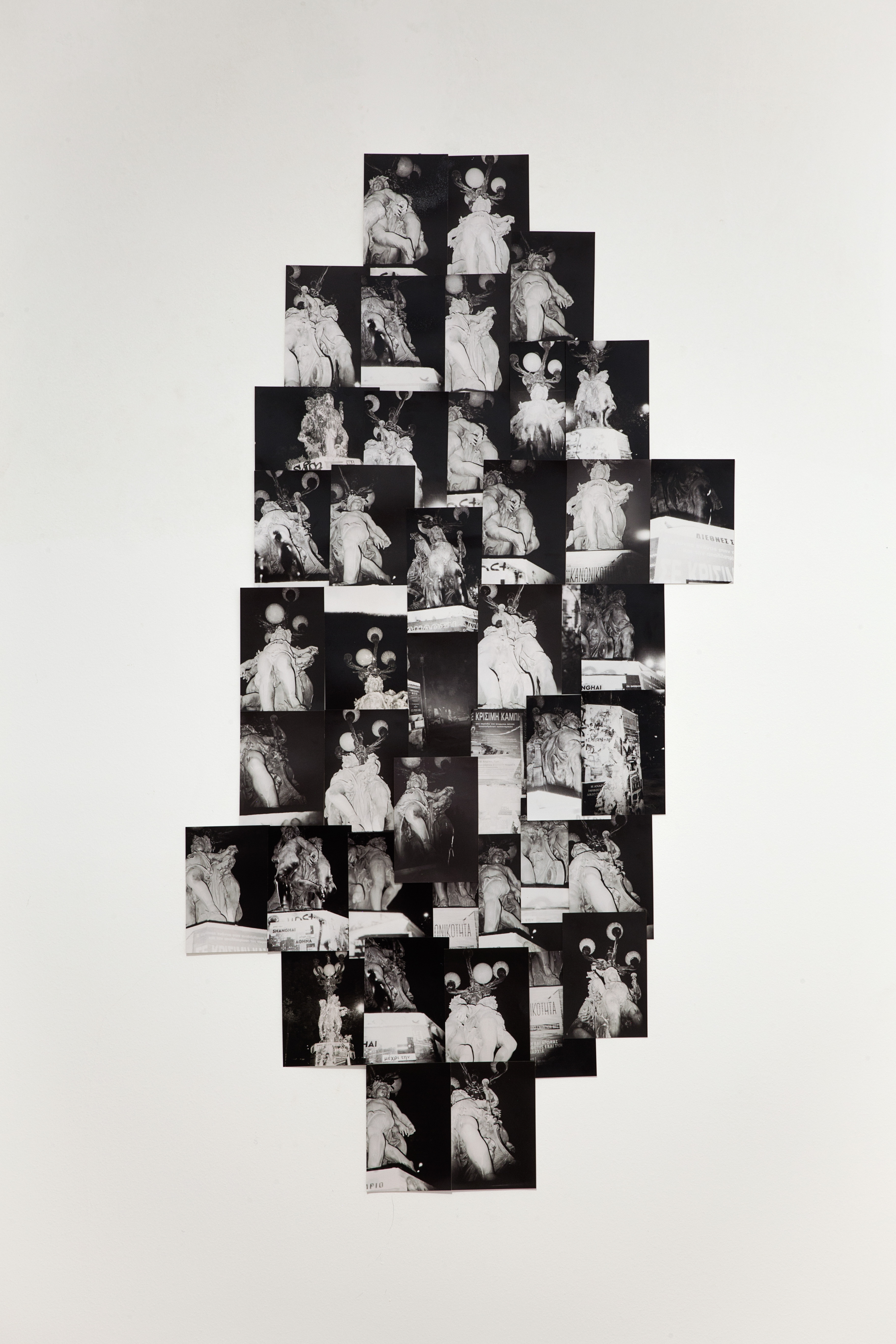 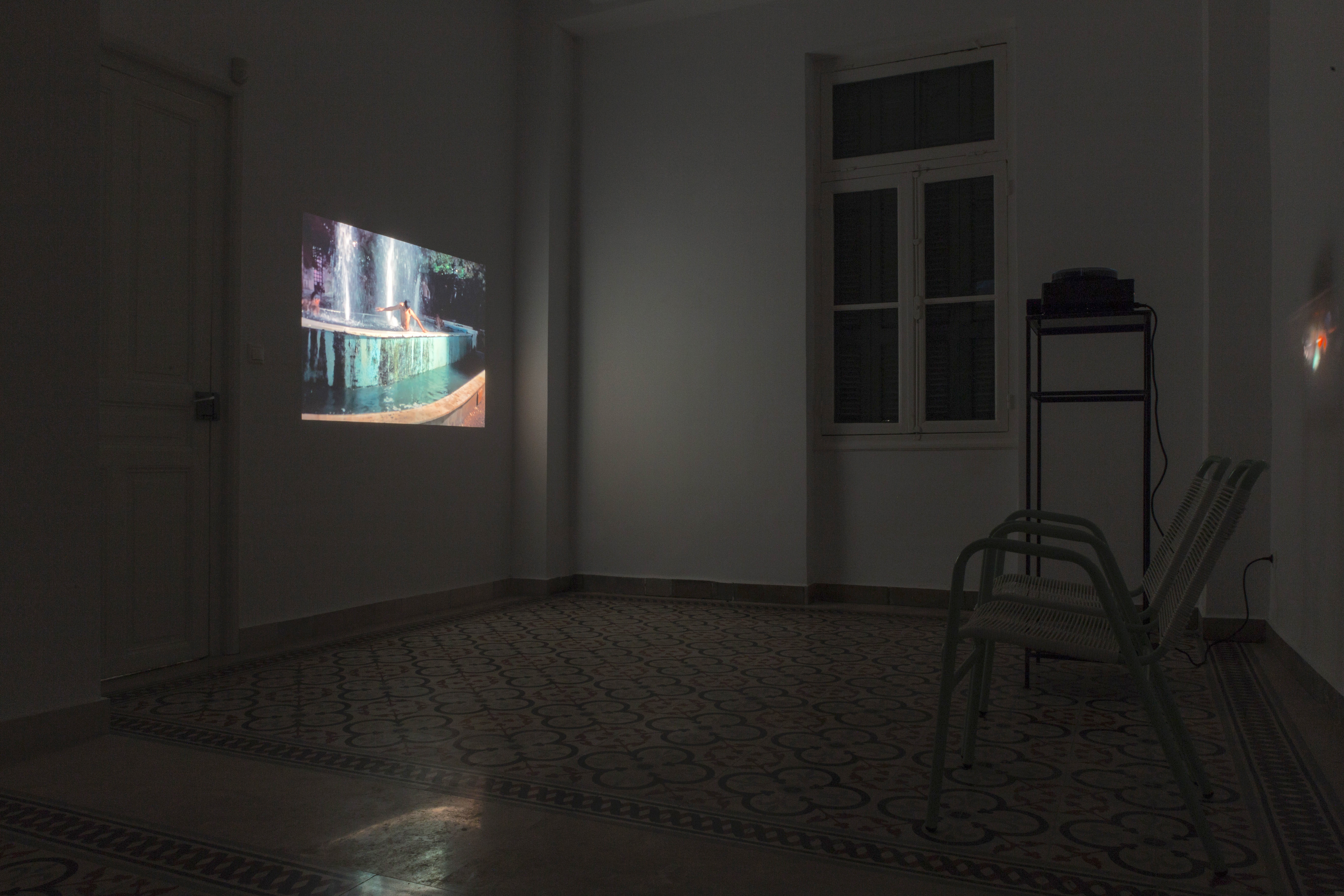 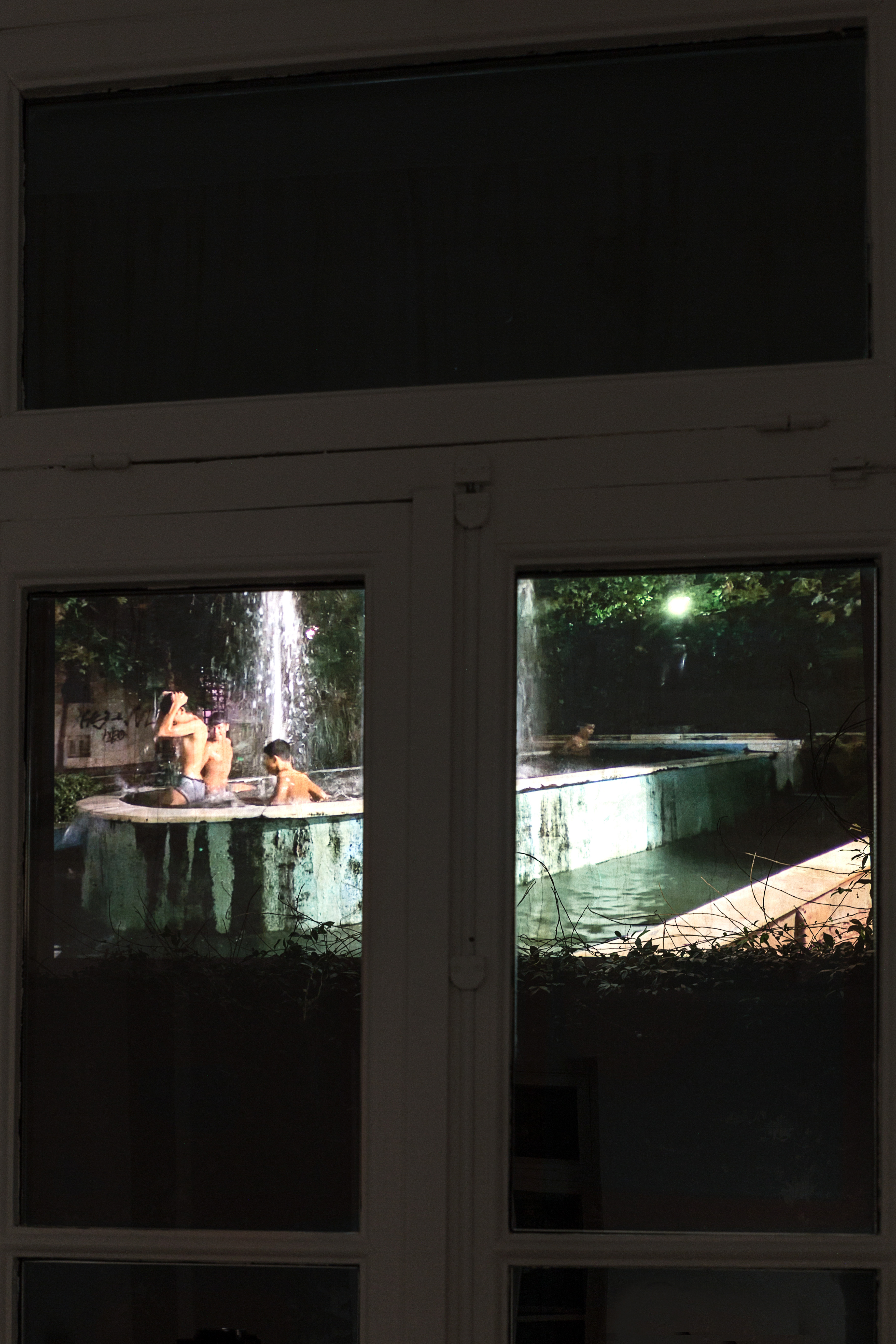 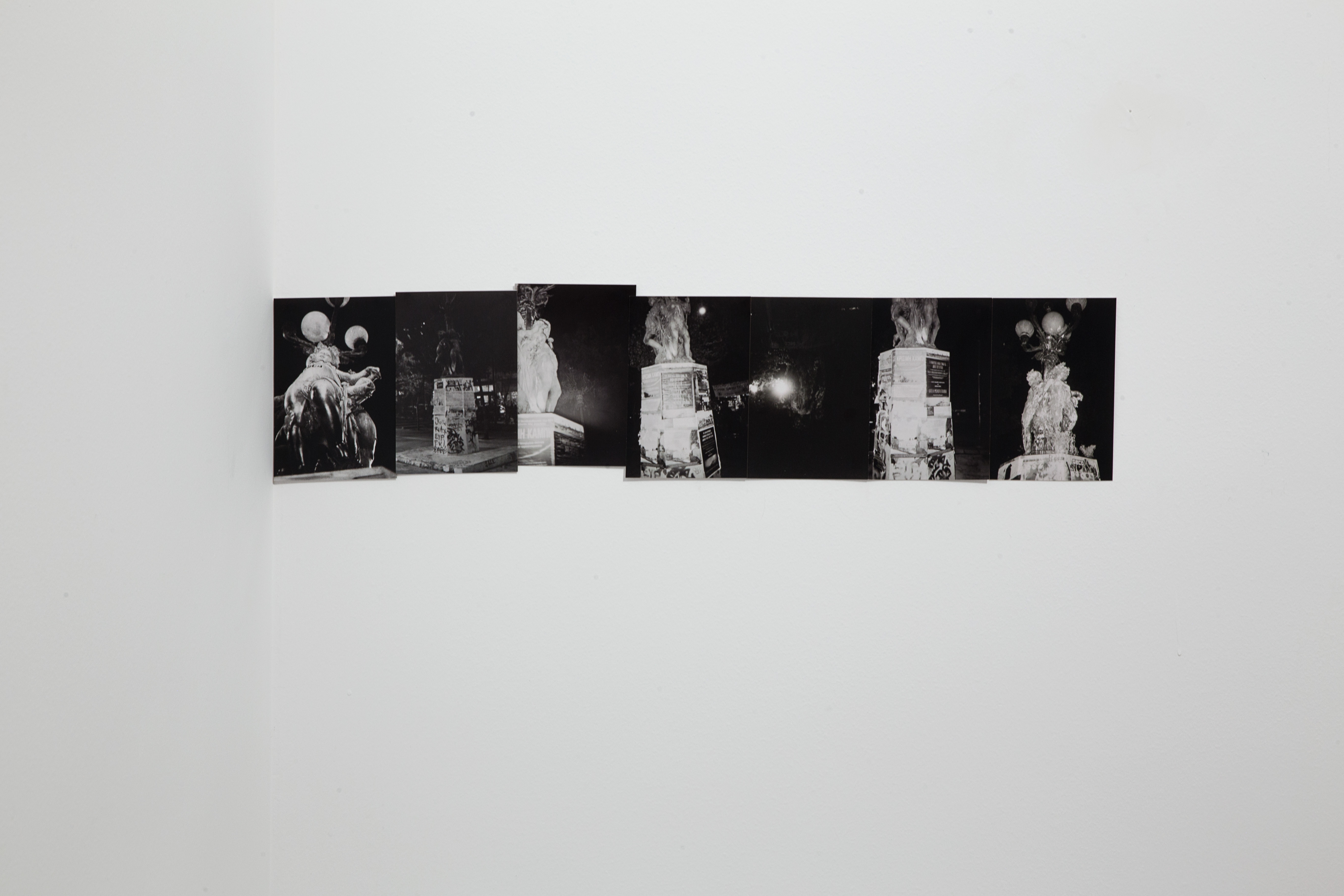 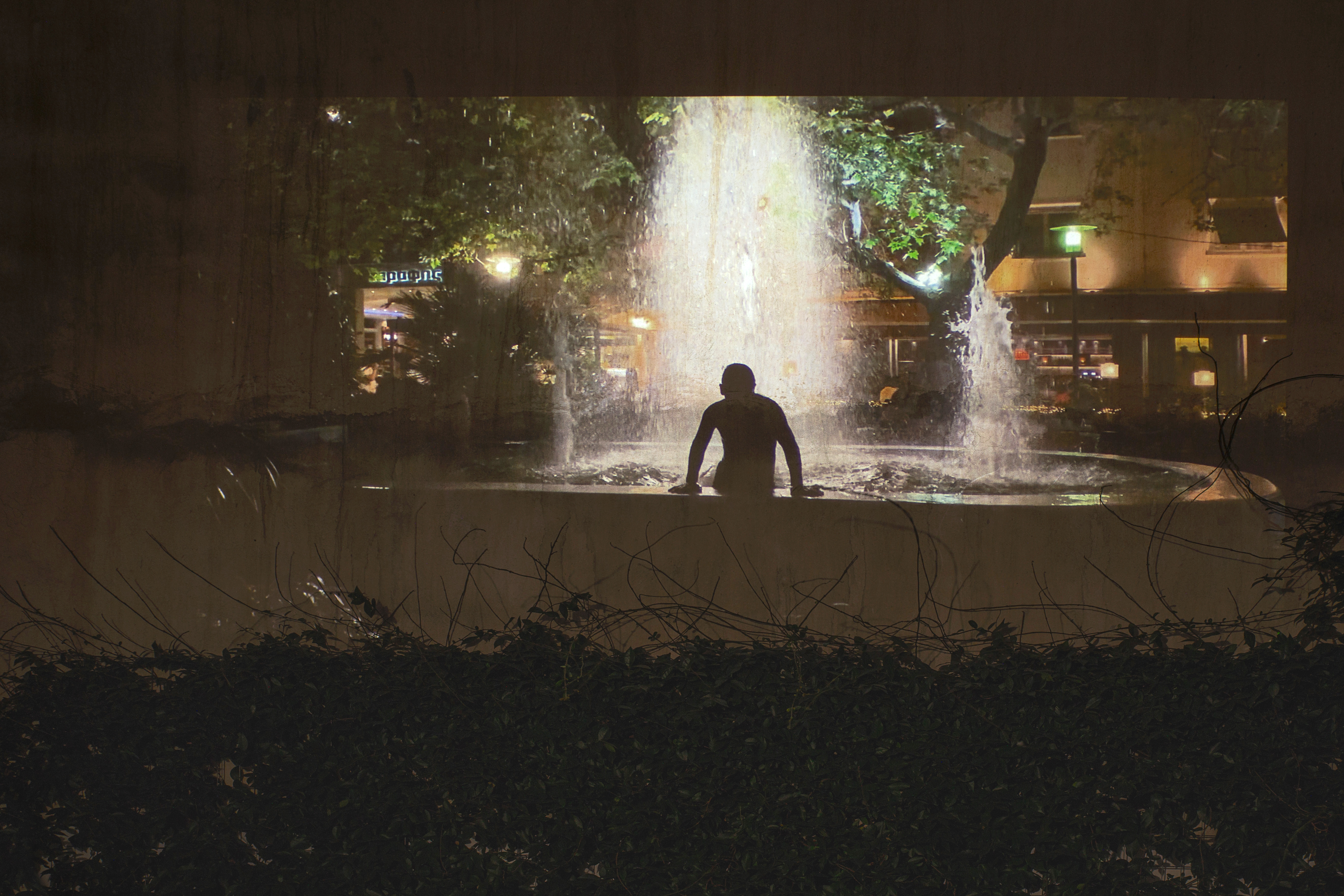 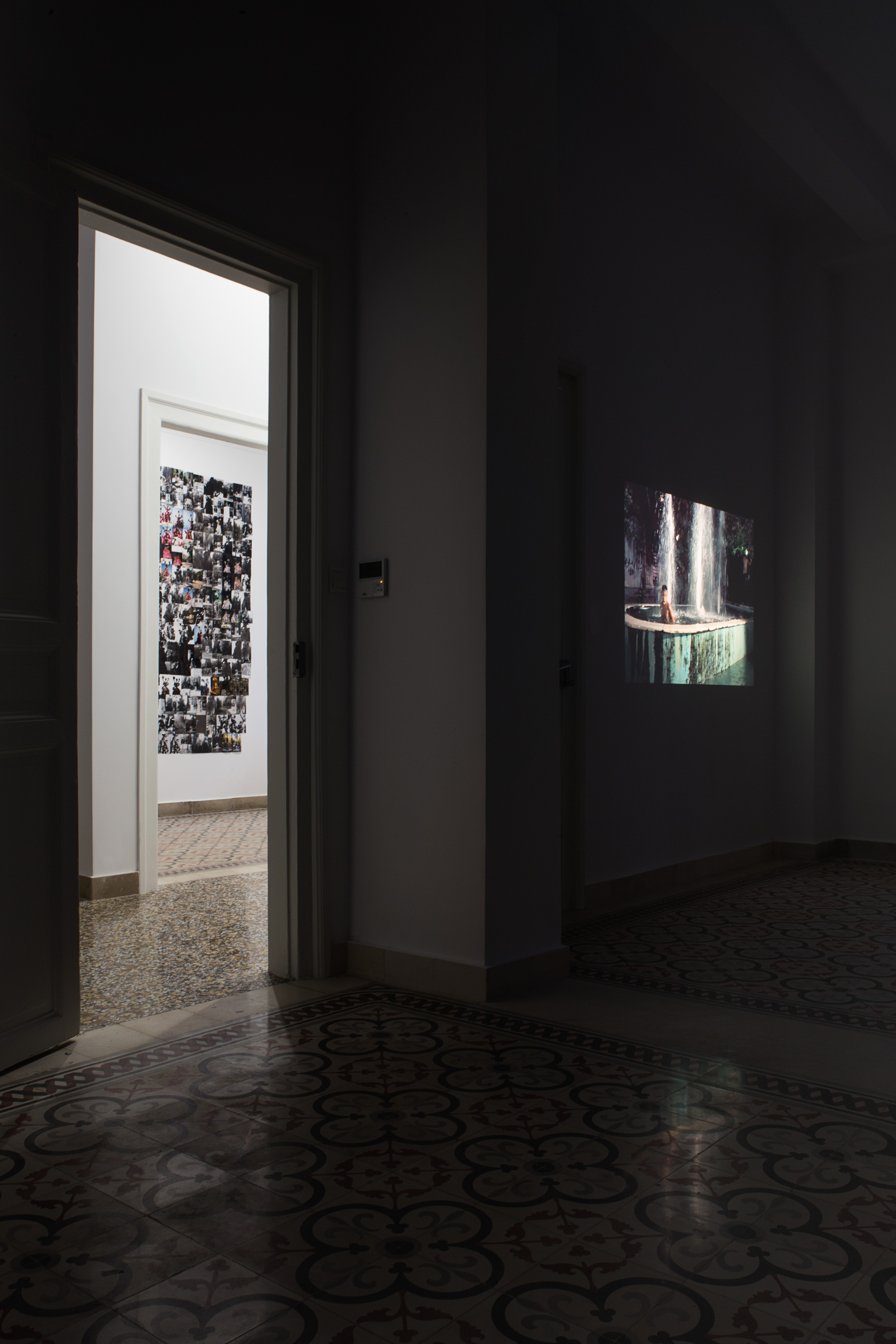 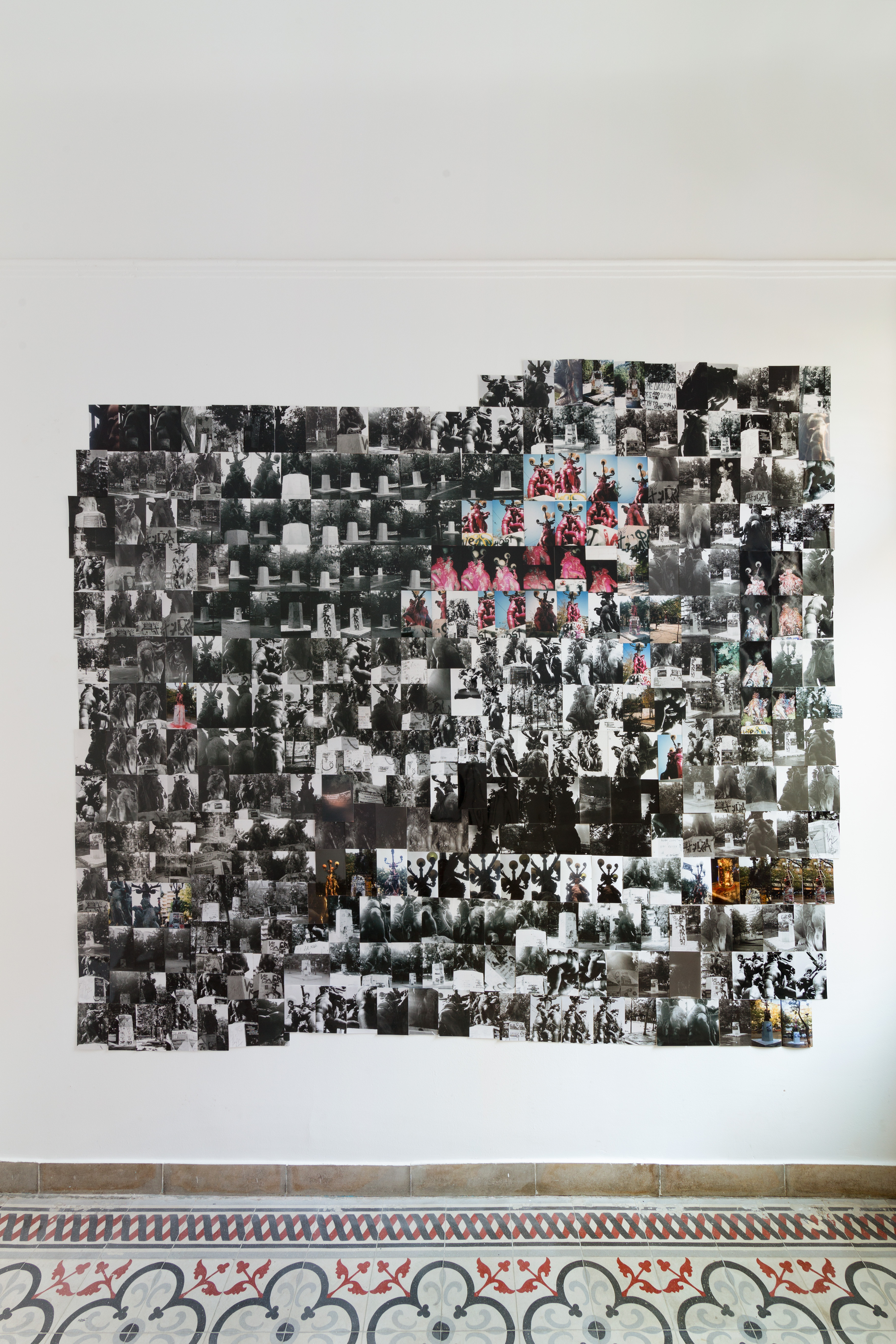 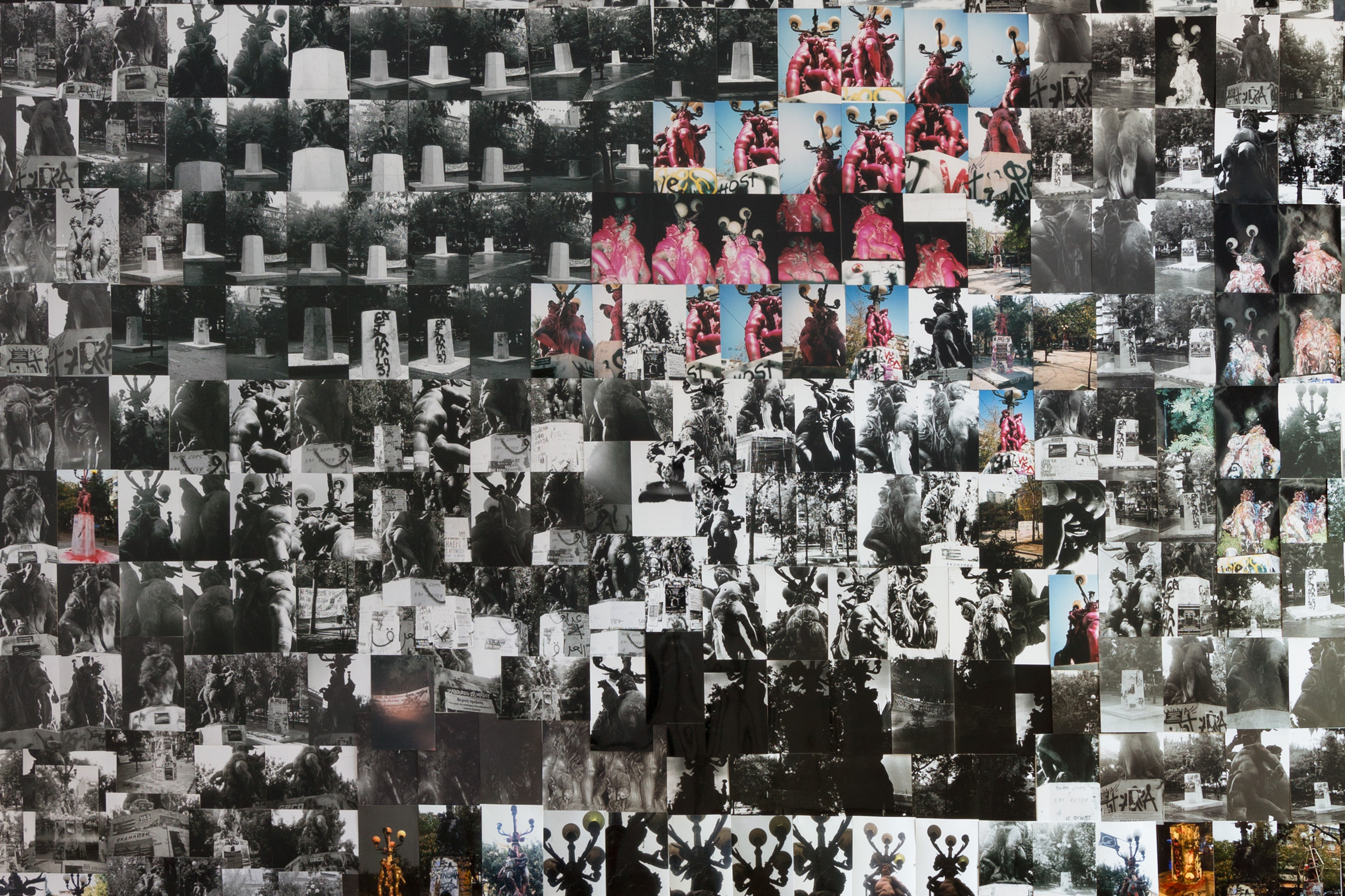 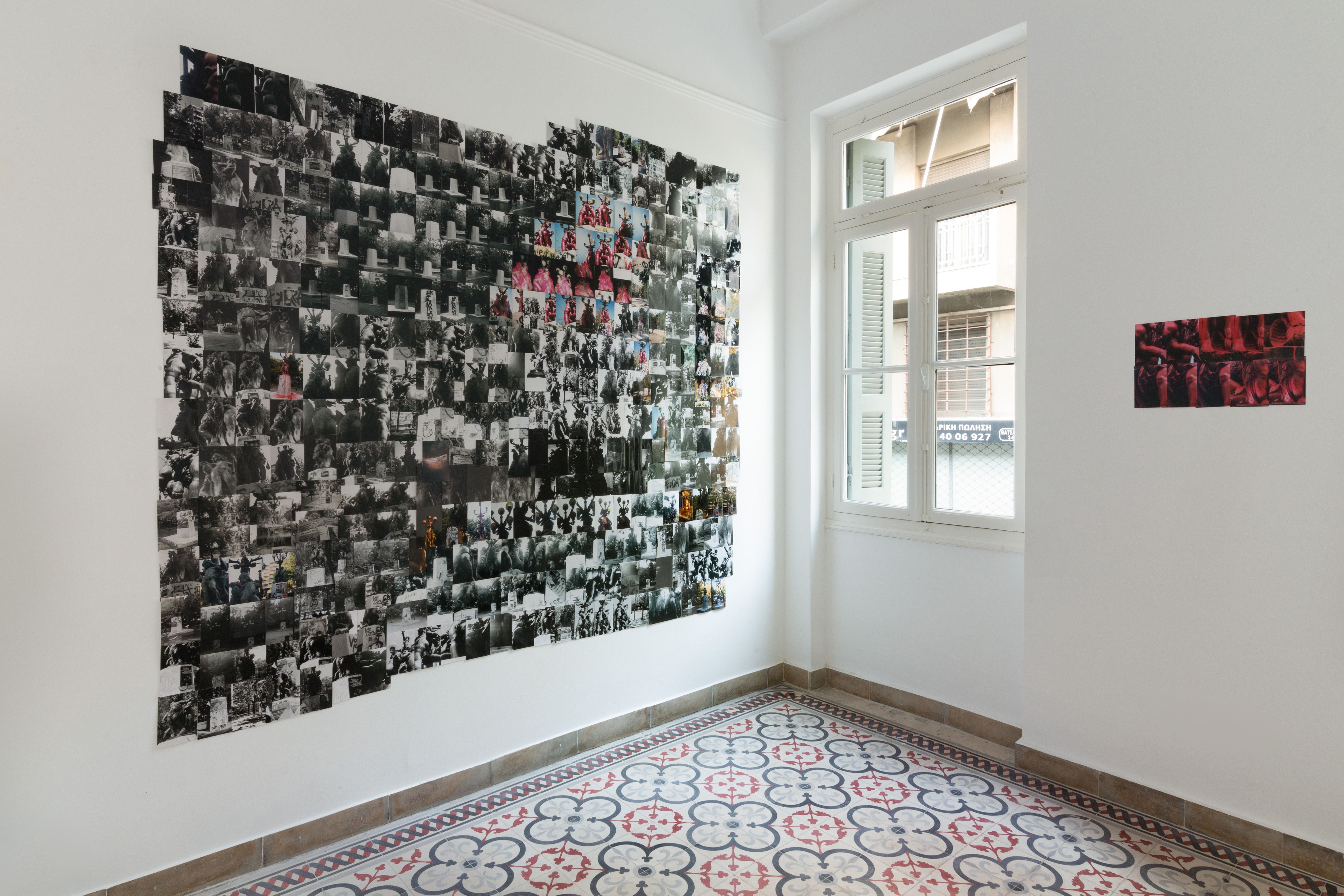 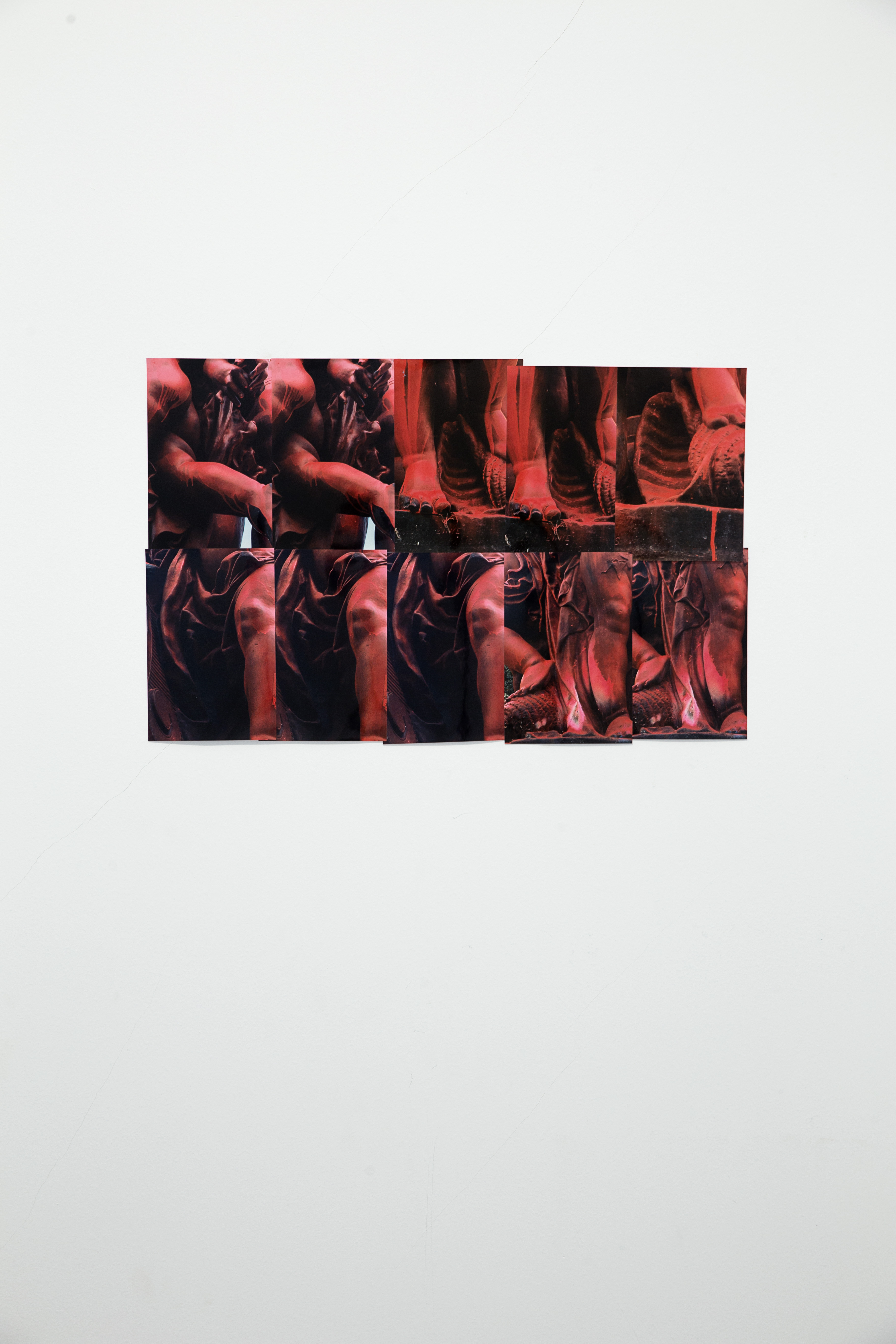 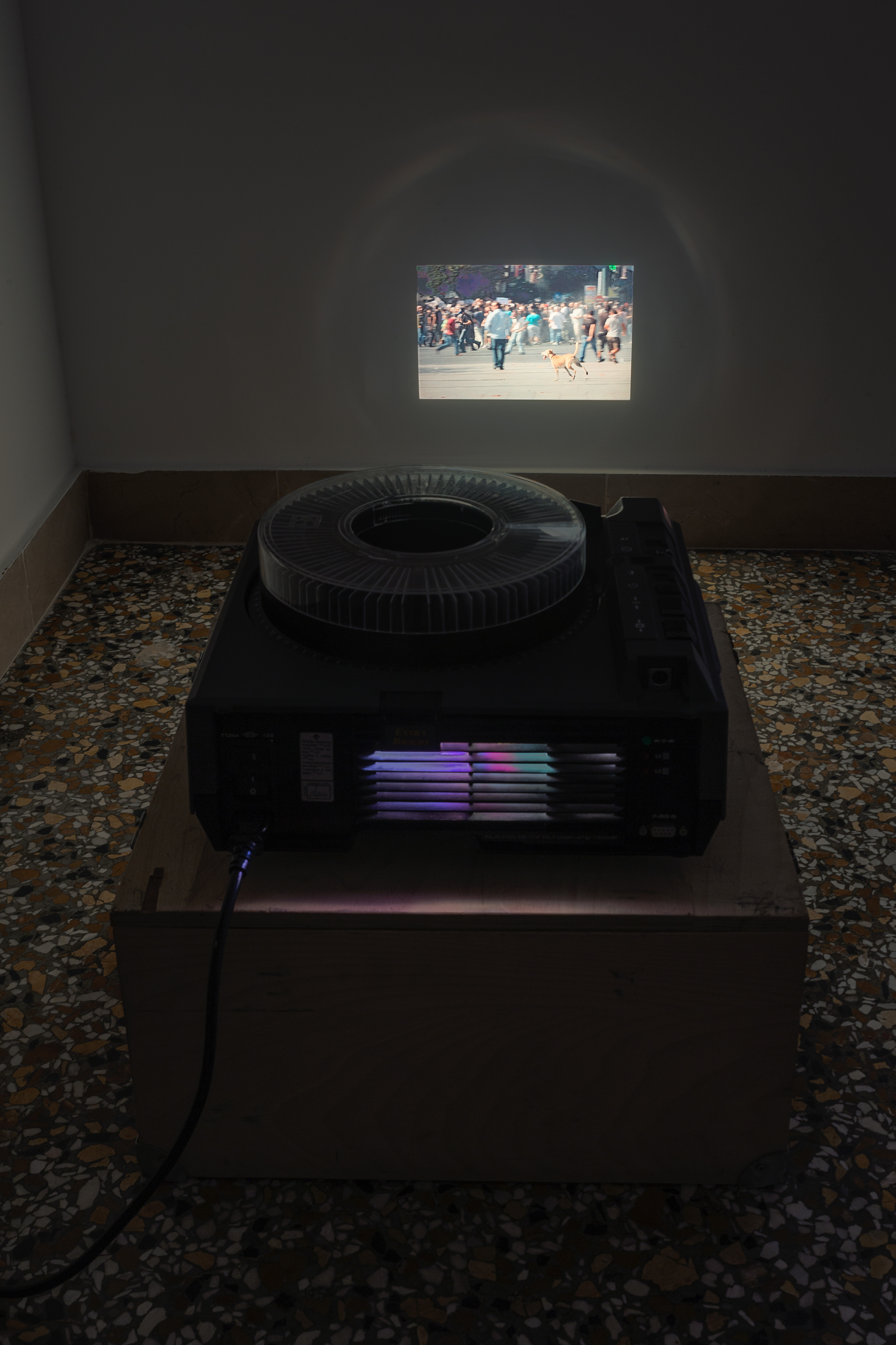 For our first exhibition at Vatsaxi 6, an off-site space by Haus N, we are honoured to present new work by Menelaos Karamaghiolis and Katerina Komianou.

Fokionos Negri street and Exarcheia square, two sites of cultural and political significance in the centre of Athens, are the contexts of the presented works. The artists explore notions of time, perception, memory and their intimate relationship to these public spaces through observing, documenting and archiving that which often goes unnoticed.

A spontaneous moment of four boys swimming in a street fountain at night forms the subject of Karamaghiolis' 'City Divers' (2022). The fountain is on Fokionos Negri street, where a stream runs underground. Originally shot with the artist's mobile phone camera, the video is cut up into stills and projected in digital and analogue formats in varying rhythms and scales across the interior and exterior spaces of the exhibition. Moving bodies turn solid. Time is slowed down, and elements that are invisible in real-time reveal themselves. An everyday scene at the doorstep of the artist's home turns mystical, exemplifying his ability to document that which is extraordinary out of ordinary encounters. Karamaghiolis documents reality in ambivalent ways, inviting viewers to insert their own meanings for what they witness. "Reality is stranger than fiction” he writes.

Alongside 'City Divers' (2022), we present 'Unseen I' (2019), where the camera follows a stray dog running across a protest. The two works continue the series the artist has been developing over the past ten years, where he documents life in the city as experienced by those who tend to remain invisible.

Katerina Komianou's 'For Now and Forever’ (2018-ongoing) comprises more than 500 photographs of the sculpture of three young Eros standing next to one another for over a century. Close-ups of the eros' body parts intertwine with long-distance photographs of the square — posters, stickers, paint, anarchist placards, toys, and police shields appear. Through this daily documentation over the past four years, the artist captures the traces of temporary interventions that the sculpture endures, sometimes even for a few minutes, before they disappear and get replaced by others. Komianou's documentation allows us to understand the power of the symbol; a public sculpture used as a blank canvas by everyone to express how they feel about the city. By looking at the photographs, it is almost impossible to identify when they were shot, as the artist uses films from different decades, confusing our understanding of linear time. The artist explores this further through the installation, where she arranges photographs of different periods into a single body. The changes in the sculpture reflect the changes happening in Exarcheia, intertwining with those occurring in the artist's life at the time of documentation.

In this joint presentation, the two artists come into an intergenerational dialogue, where one captures the same subject in different moments in time, while the other examines a singular moment through various forms and perspectives. Urban myths intertwine with personal histories; in two works that are as much about what they depict as those who created them.

Menelaos Karamaghiolis is a filmmaker who works in Athens producing feature films, documentaries, video art, radiomovies and video installations starring real-life neglected heroes. His work transcends frontiers and stereotypes and serves as an essential tool for dialogue and social change. His films have received international acclaim; ROM (1989) has been considered "a turning point for Greek documentary films" and "a masterpiece that must become a classic of the history of cinema", BLACK OUT (p.s. RED OUT) (1998) was considered as “the first post-modern Greek film” and J.A.C.E. – Just Another Confused Elephant (2011) participated in 48 international festivals, including TIFF Toronto International Film Festival, winning 11 awards. His interactive documentary series, MEETING WITH REMARKABLE PEOPLE, includes 12 feature films, 180 short films. His video installations have been shown at the National Museum of Contemporary Art Athens, the Venice Biennale, Rodeo and Geneva Contemporary Art Center. He is currently working on video installations and live events of the ongoing collective community projects ‘’the AfroGreeks’’ and the “Greekies”

Born in Piraeus, Katerina Komianou is an artist based in Athens, working with sculpture and photography. She studied at the Athens School of Fine Arts, in the workshops of Giorgos Lappas and Nikos Navridis (2013-2018). Komianou participated in Performative Transcending Somatic Dinner, curated by Lydia Antoniou and Giorgos Bekirakis (2021); Unhappy Monuments, curated by Christoforos Marinos, ARTWORKS in collaboration with OPANDA (2020); The Same River Twice: contemporary art in Athens, curated by Margot Norton and Natalie Bell, DESTE Foundation, Athens and New Museum, New York, in collaboration with the Benaki Museum (2019); ASKT Graduate Thesis Exhibition (2018).