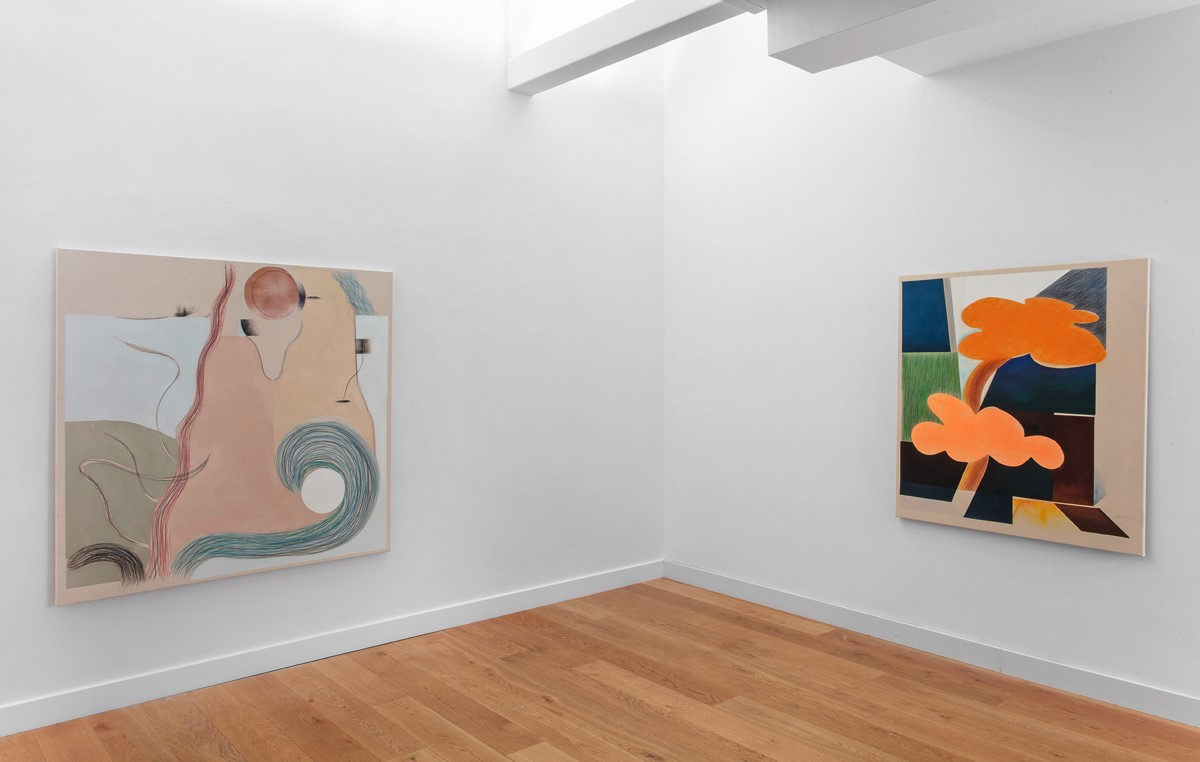 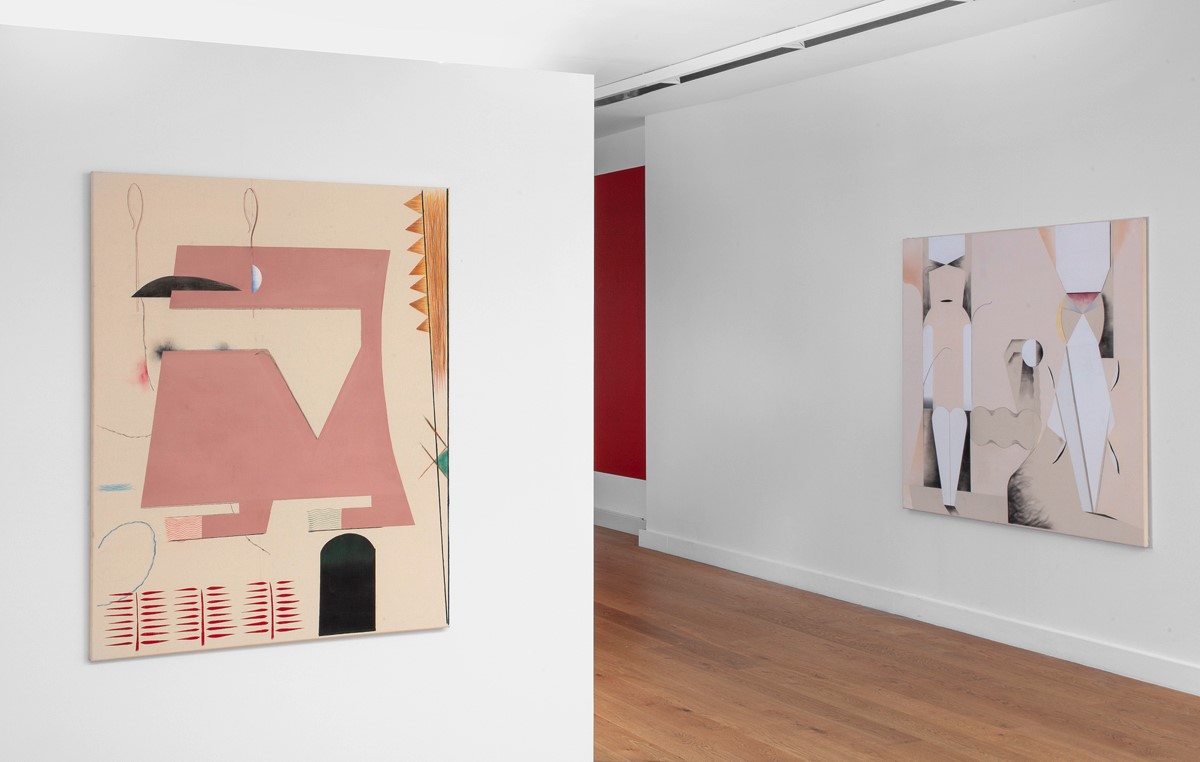 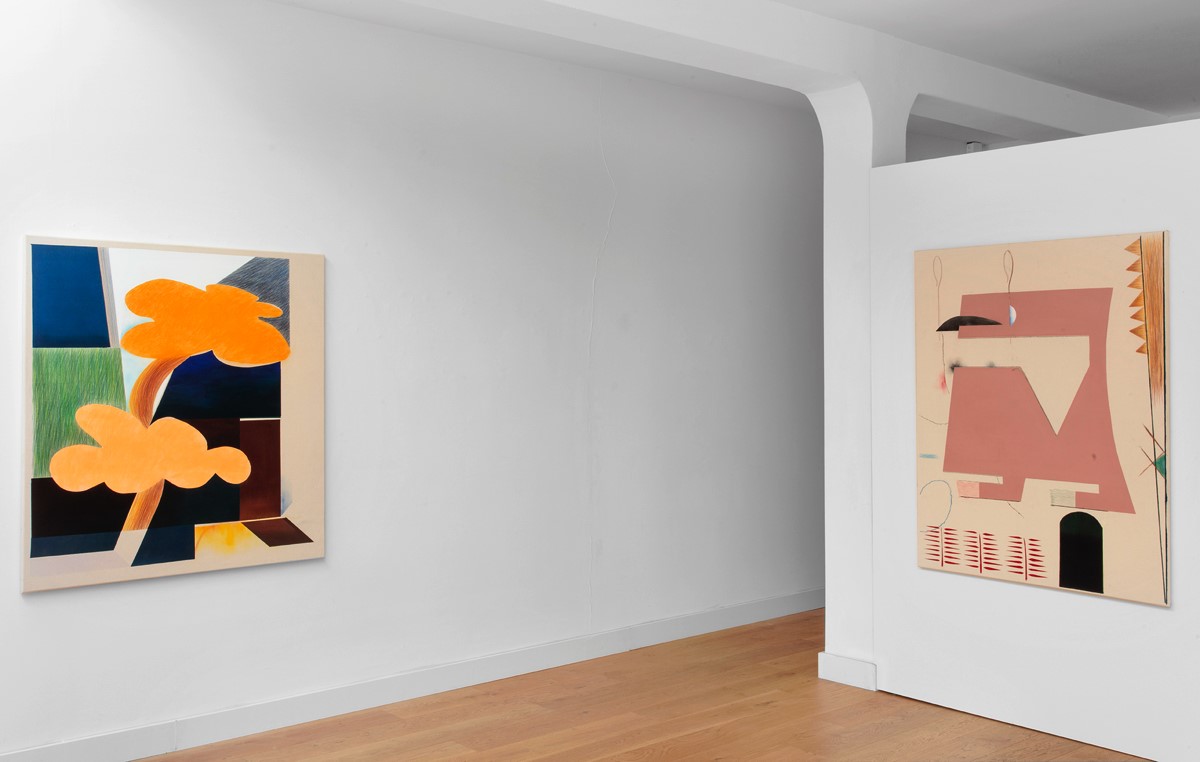 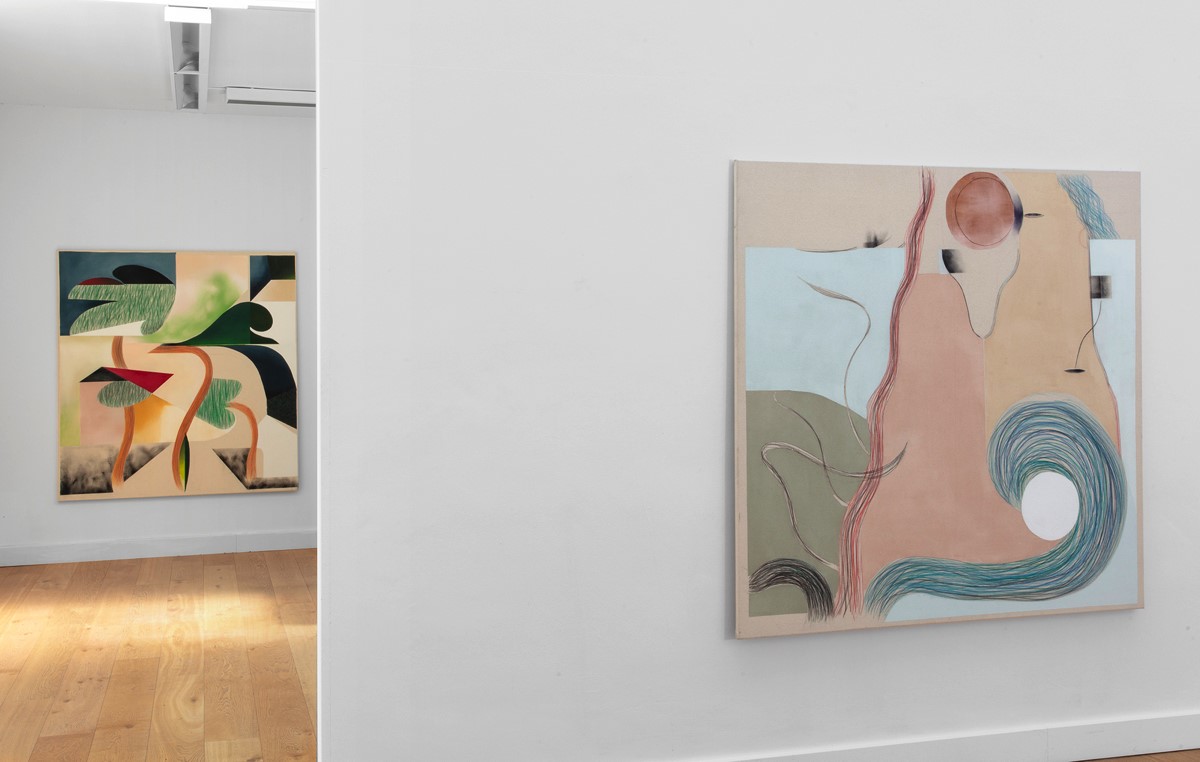 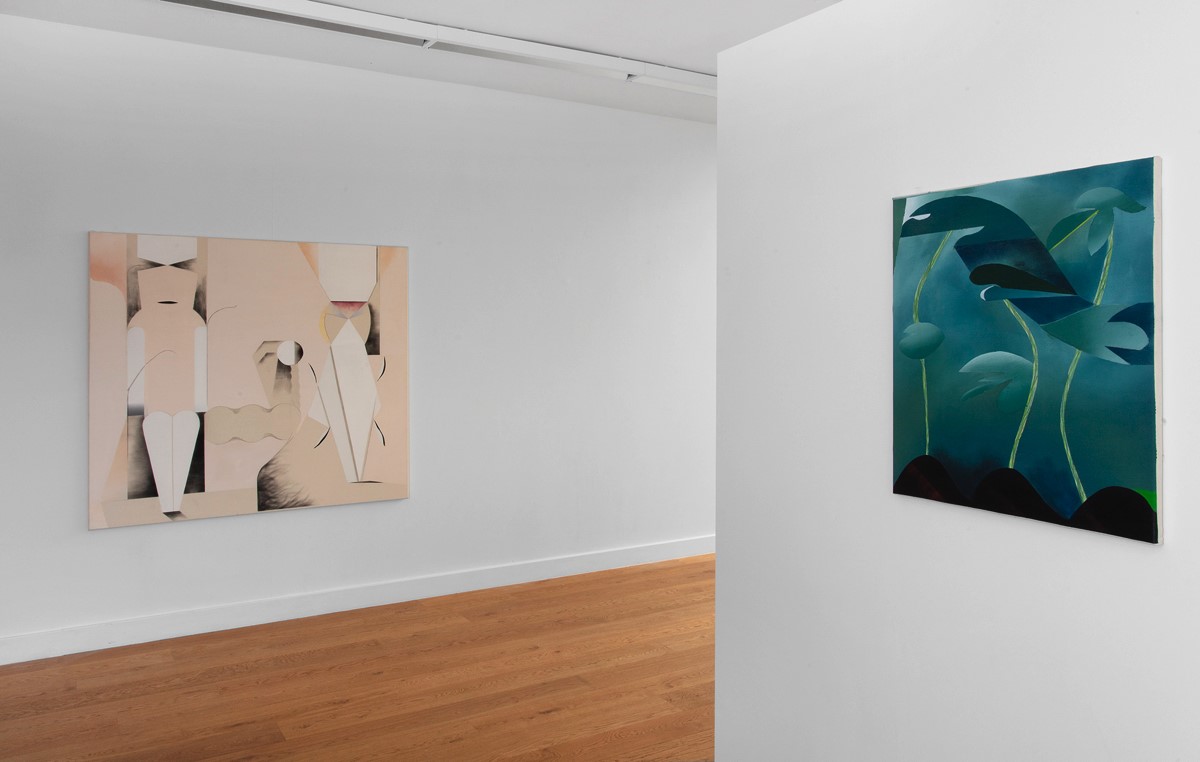 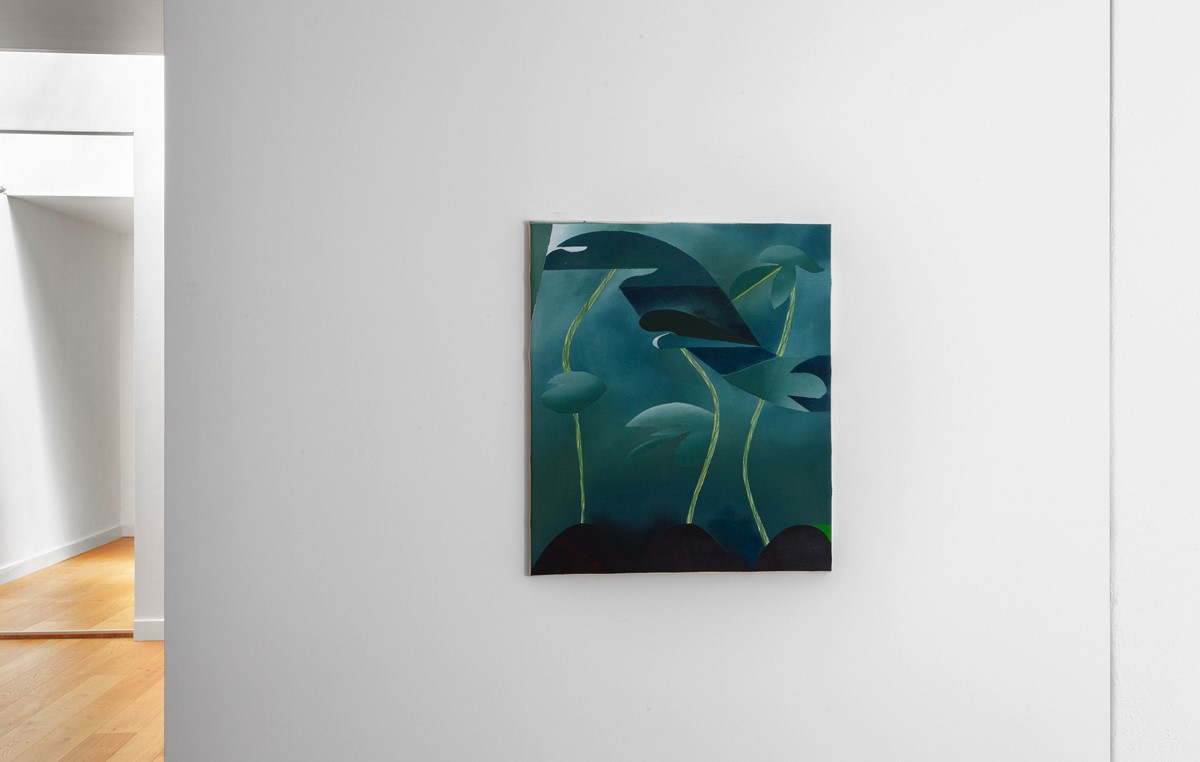 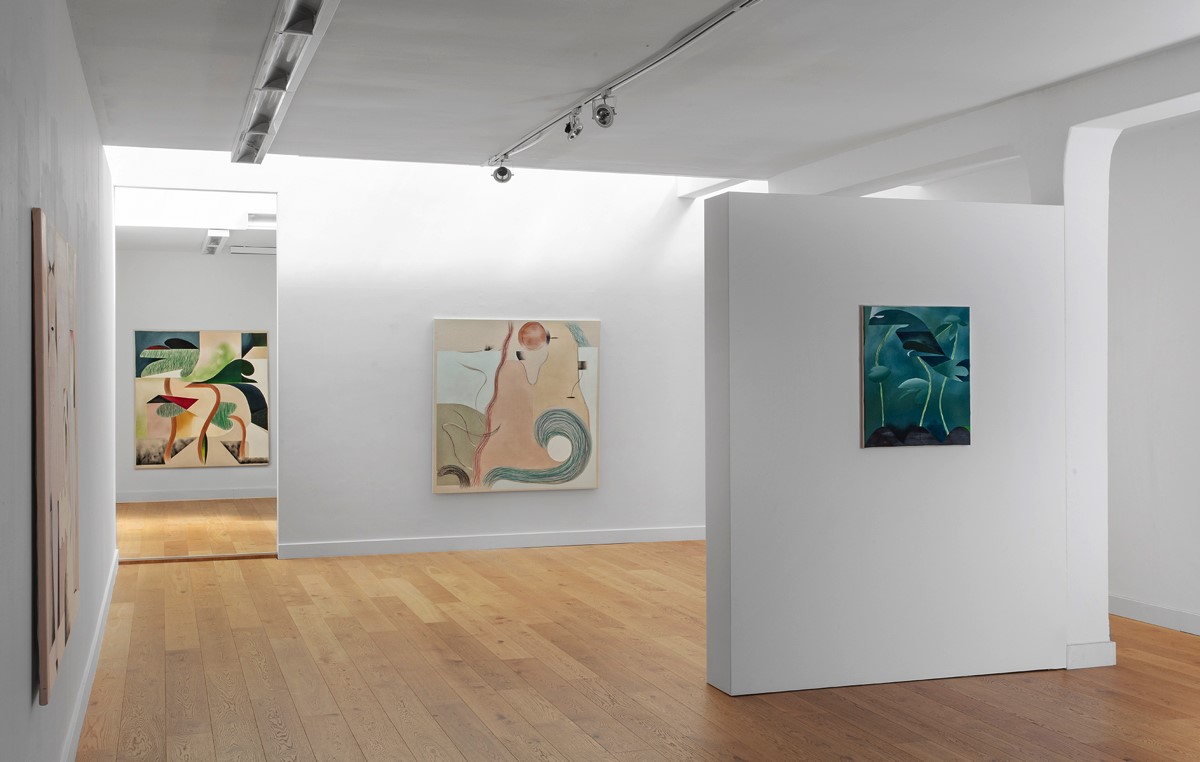 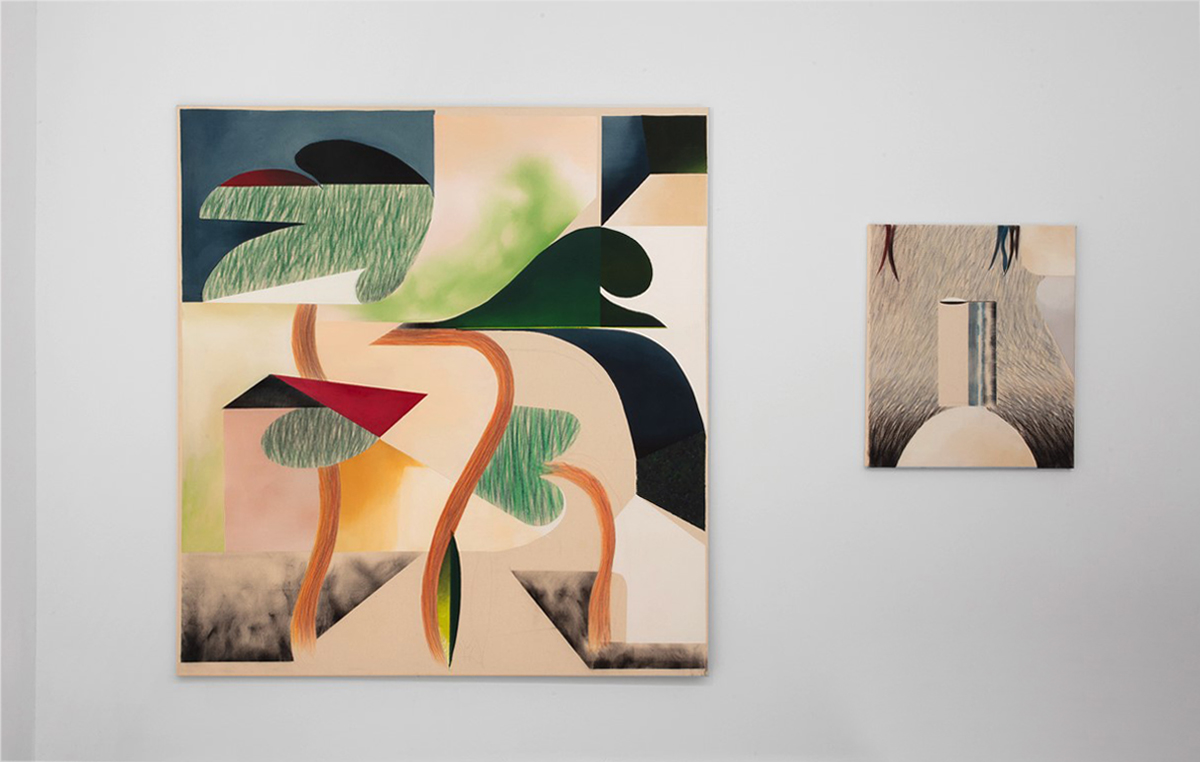 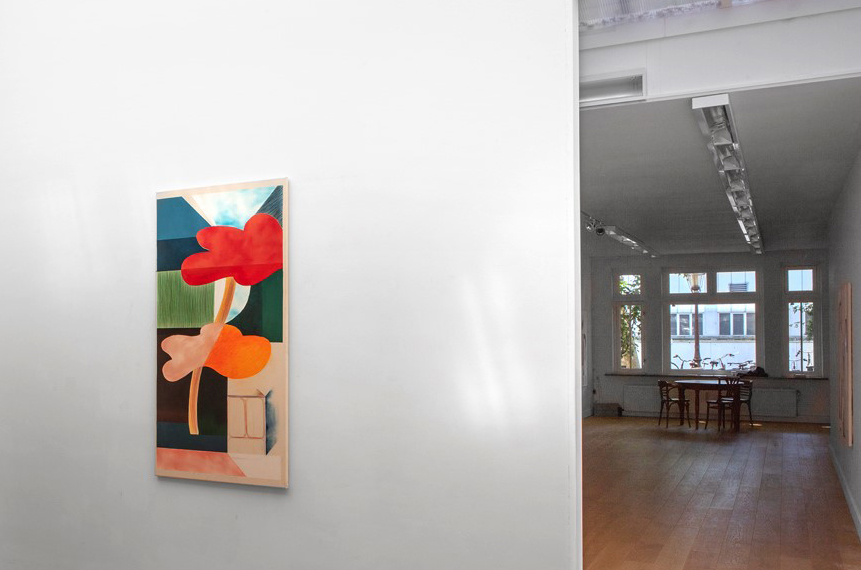 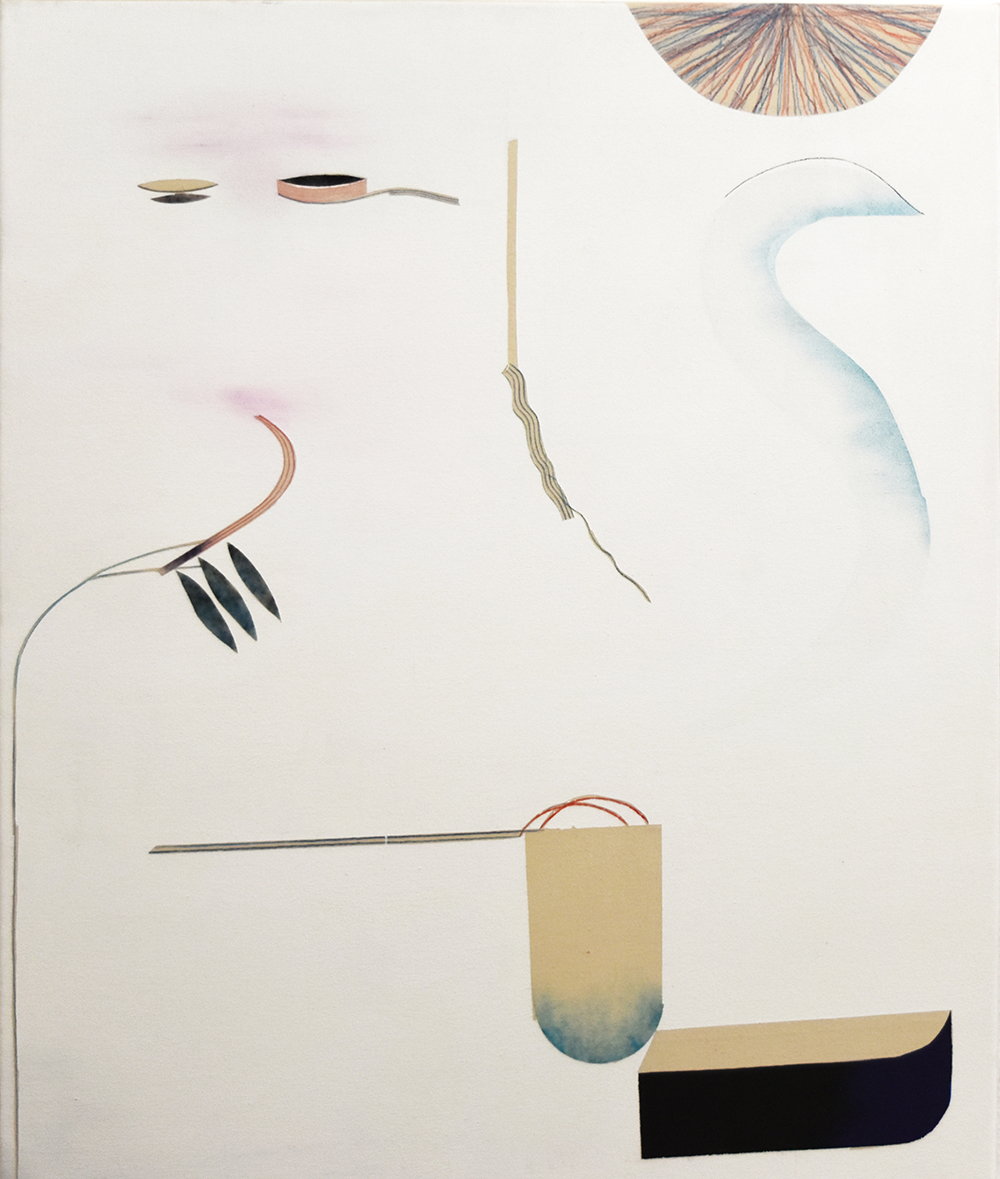 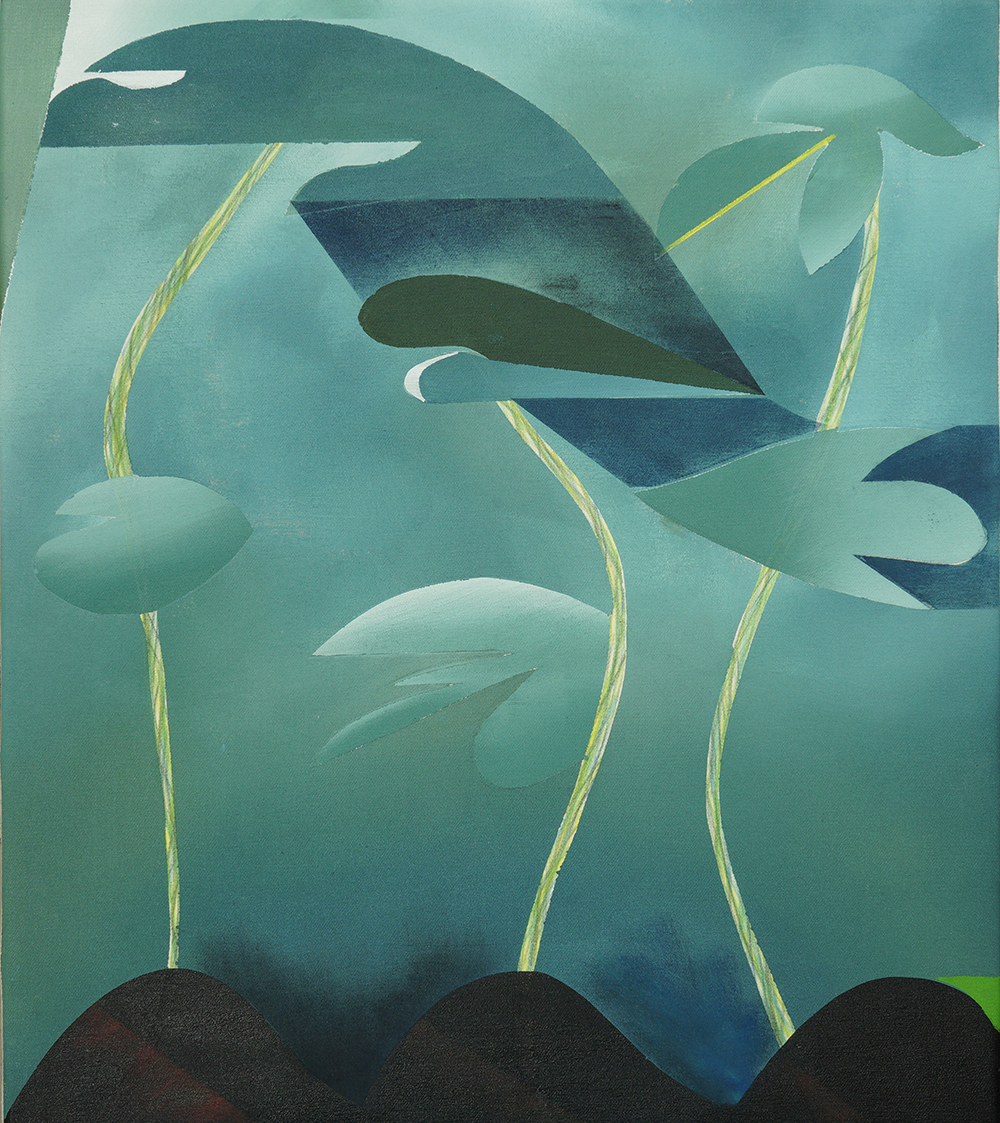 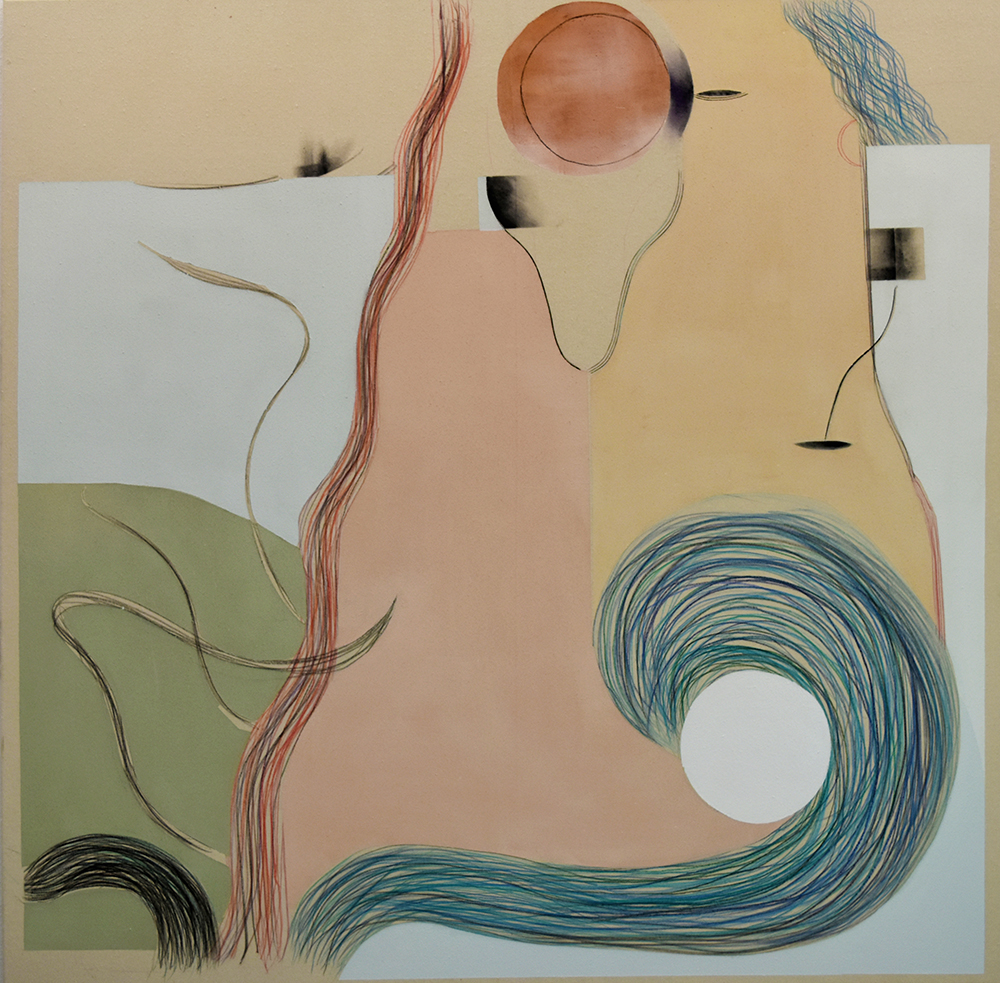 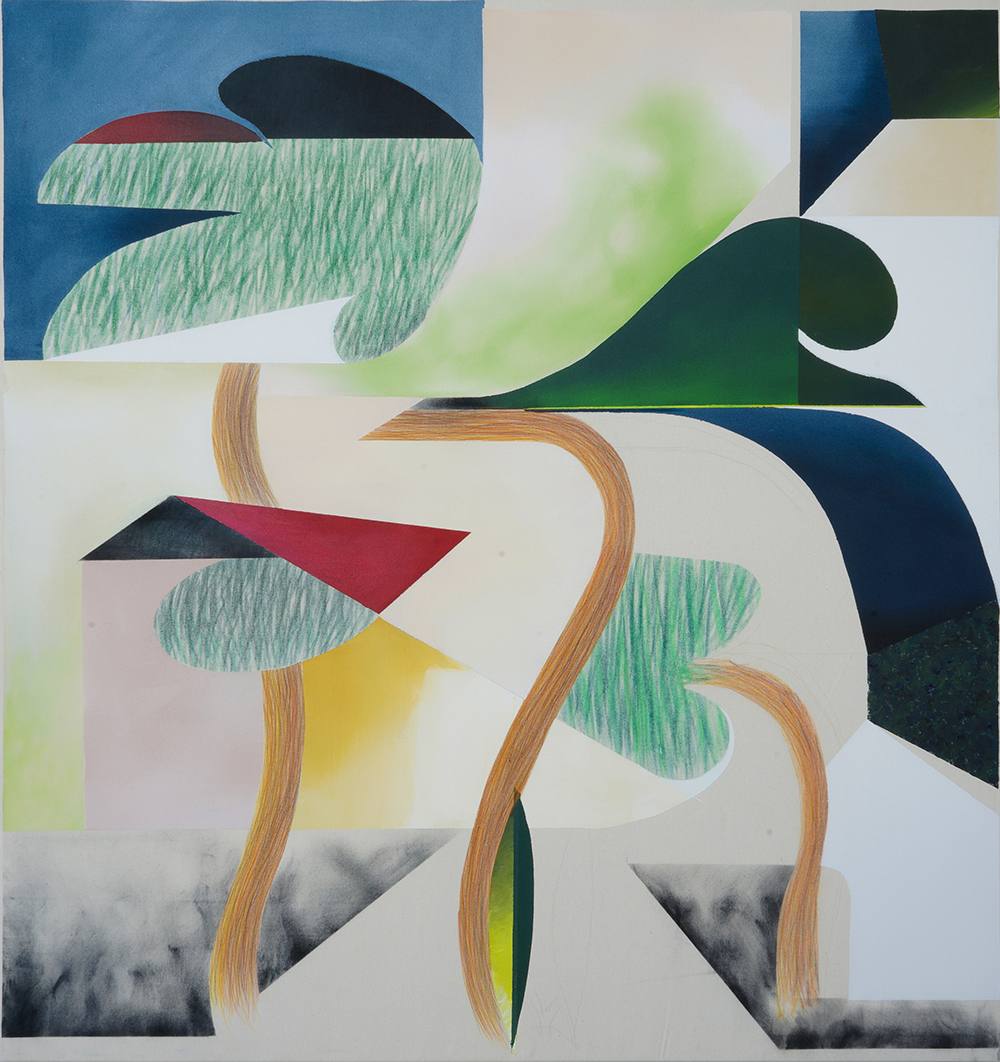 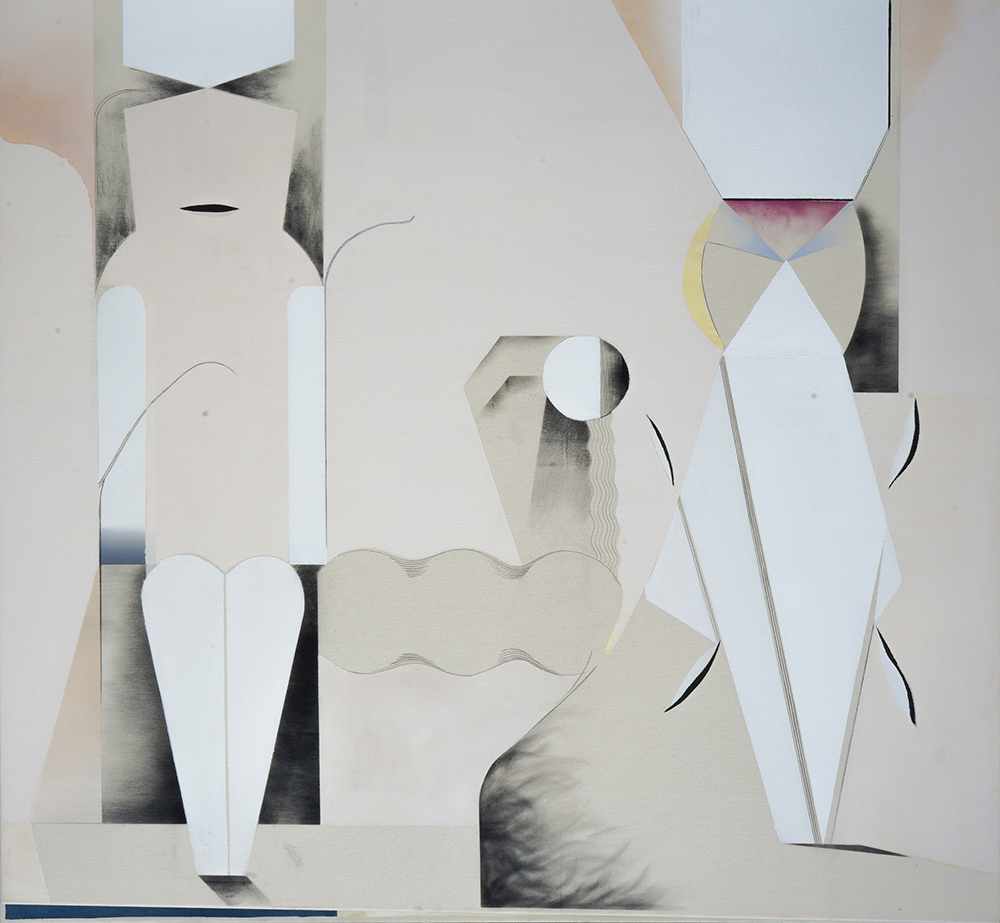 Artist Stelios Karamanolis’ (1977, Athens) intention is to create an individual personal language that expresses his own certainties and intellectual instincts and his desire of unfolding the world differently than the reality we seem to belong to.

A world full of strange figures and things to which we are not fully attuned unfolds before our eyes. A meticulously constructed scenery where every piece of the raw canvas is well thought-out, processed and thought inextricably intertwined. Stelios Karamanolis’ works are a process of carefully chosen colours and sparingly drawn lines and strokes. The lack of pictorial depth, typical within ceramics, wall paintings and relief sculpture of antiquity, reinforces and acknowledges the artist’s own ancestry. His work explores constant symbolic reference and anthropological states, rendering a feeling of mysticism, history and spirituality.

In his drawings Karamanolis’ subjects take the form of the living and the non-living, such as figures, trees, a Capricorn, columns or houses. The ambiguity of what these ‘things’ are and symbolize is for him a continuous occupation and concern, hence the aspect of a metaphysical abstraction. Karamanolis’ choice in imagery and the meaning they evoke are to prove the presence of a consciousness, ideas and mind activity. These entities take a certain form and represent the human condition, our psyche. The artist sees these entities as neutral souls that are more flexible than humans. They can deploy visions of an unseen world, presenting landscapes of ideas. All what is below the surface of the everyday does not have to stay hidden from us any longer. Karamanolis interprets those thoughts, ideas or consciousnesses on the canvas. By depicting them, he seeks for certainty and proof of their existence. It is the randomness that motivates Karamanolis. He is interested in the human odyssey of what’s really going on, meaning the whole spectrum of human activity. Under these circumstances his works are idolatrous.

Philosophically driven, the work of Karamanolis is the result of a thorough articulation of thoughts, including and transforming an unbroken stream of influences from remote antiquity to contemporary life. We can recognize in some of the stylised subjects the symbolism gestures from hieroglyphs, known for containing and sustaining a form of narrative. Also the influence of 1960’s comic books is visible through the quick change in tone, from saturated colours and bright palette, facilitating a vigorous tempo to the work. The artist eagerly reverts to the Eastern Mediterranean vocabulary of mythological motifs as well as incorporating ancient circular elements and geometric shapes. His modus operandi is: aesthetic and technical approach are not related, philosophical thoughts become the articulations of process and time, inspiring thoughts on our personal (un)-identifiable cultural roots.