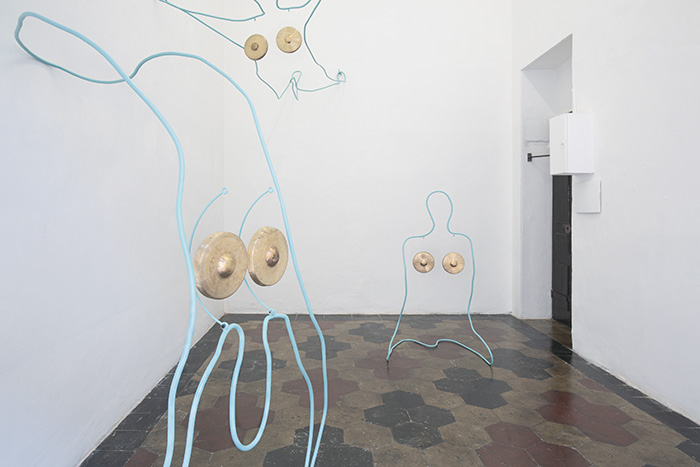 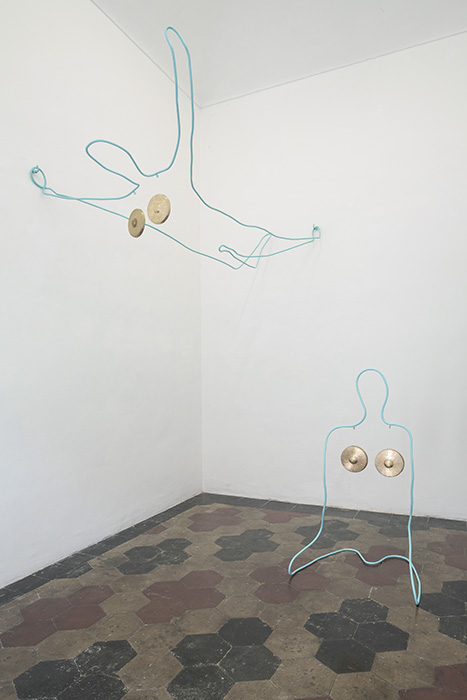 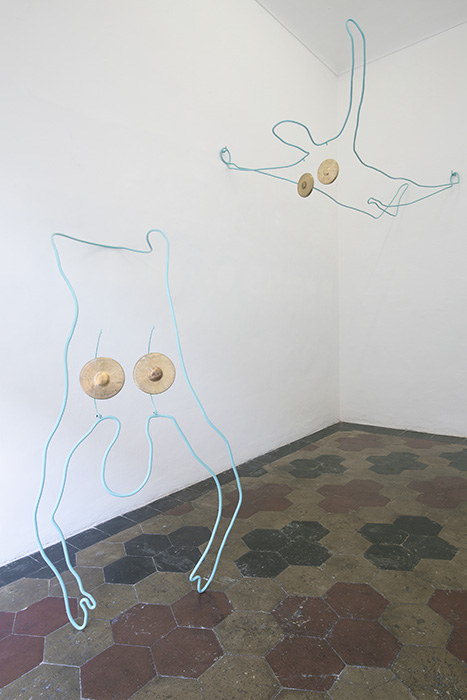 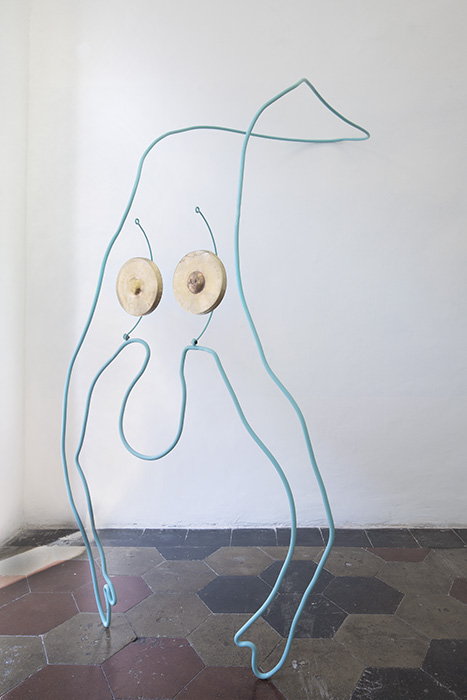 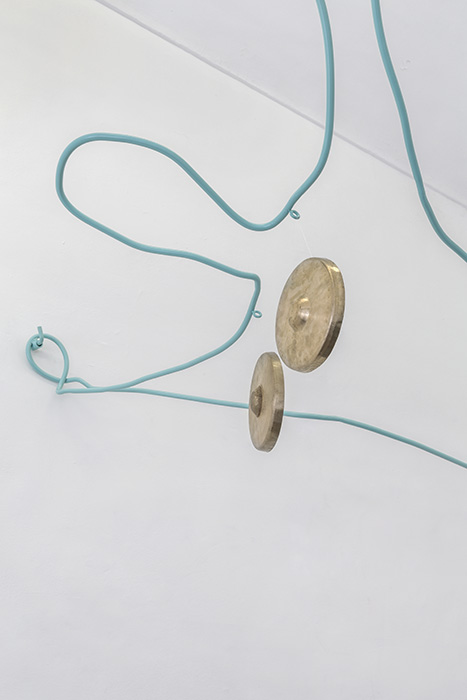 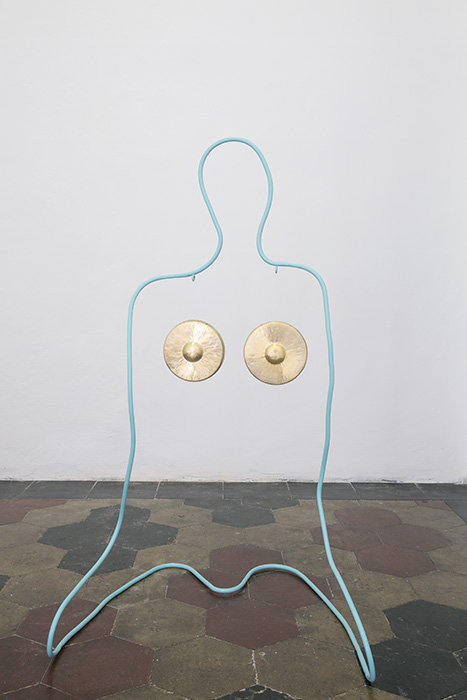 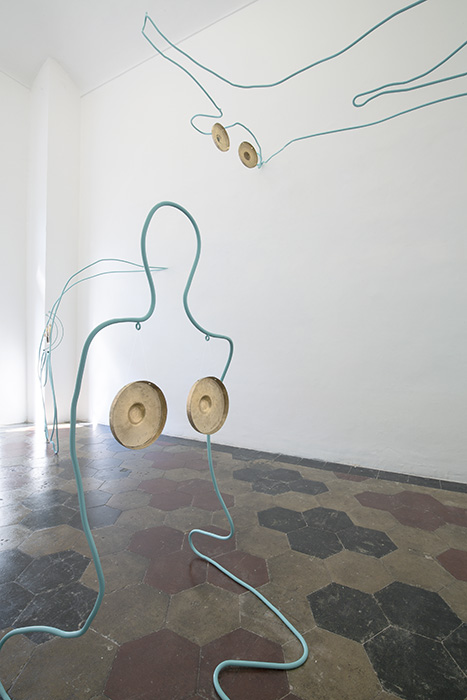 The mental, physical, emotional stress that globalized capitalism constantly sparks, has gotten the body of our society chronically inflamed. Enlightened by the flames of the burning witches, our hemisphere has also lost sustainable knowledge and practice of magic, care and healing. The attacks on female power had their peak time not in the Dark Ages, as commonly believed, but in the Renaissance, the epoch of rising reason and science. The Italian American socialist Silvia Federici (Parma, 1942) thinks that the practice of magic had to be dismantled to create the disciplined, almost mechanical body of the worker, needed for capitalism: A ‘self’, able to follow the clock instead of magical powers; easily controlled in order to extract its workforce. Women with their reproductive abilities were required to be violently inserted into such a hierarchy, so they would do their (care) work for free: become an extractible re-source.

Tout Doux: Gong Bath is an instrument in the shape of a woman’s body. In this interpretation of the female nude the sensuality of the forms are not emphasized. The figures are delineated in the space by blue steel lines, while the feminine sexual identity, usually affiliated with breasts, appears as two bronze gongs. Weight and fleshliness are removed and replaced by a potency for being well, conveyed by the vibrational power of sound waves.

The sound waves produced by a gong enter and travel through the body of the listener and touch every cell like the wind fluttering the leaves of a tree. For those kinds of waves, anyone and anything can turn into a pool or an ocean to quench the inflammation. The listener’s heart rate slows, blood pressure drops and breath is restored to its natural rhythm. The gong induces an inner resonance.

The installation at Quartz studio consists of three female figures permeating the tiled space. They invite the audience to get plunged into a witch spa well.