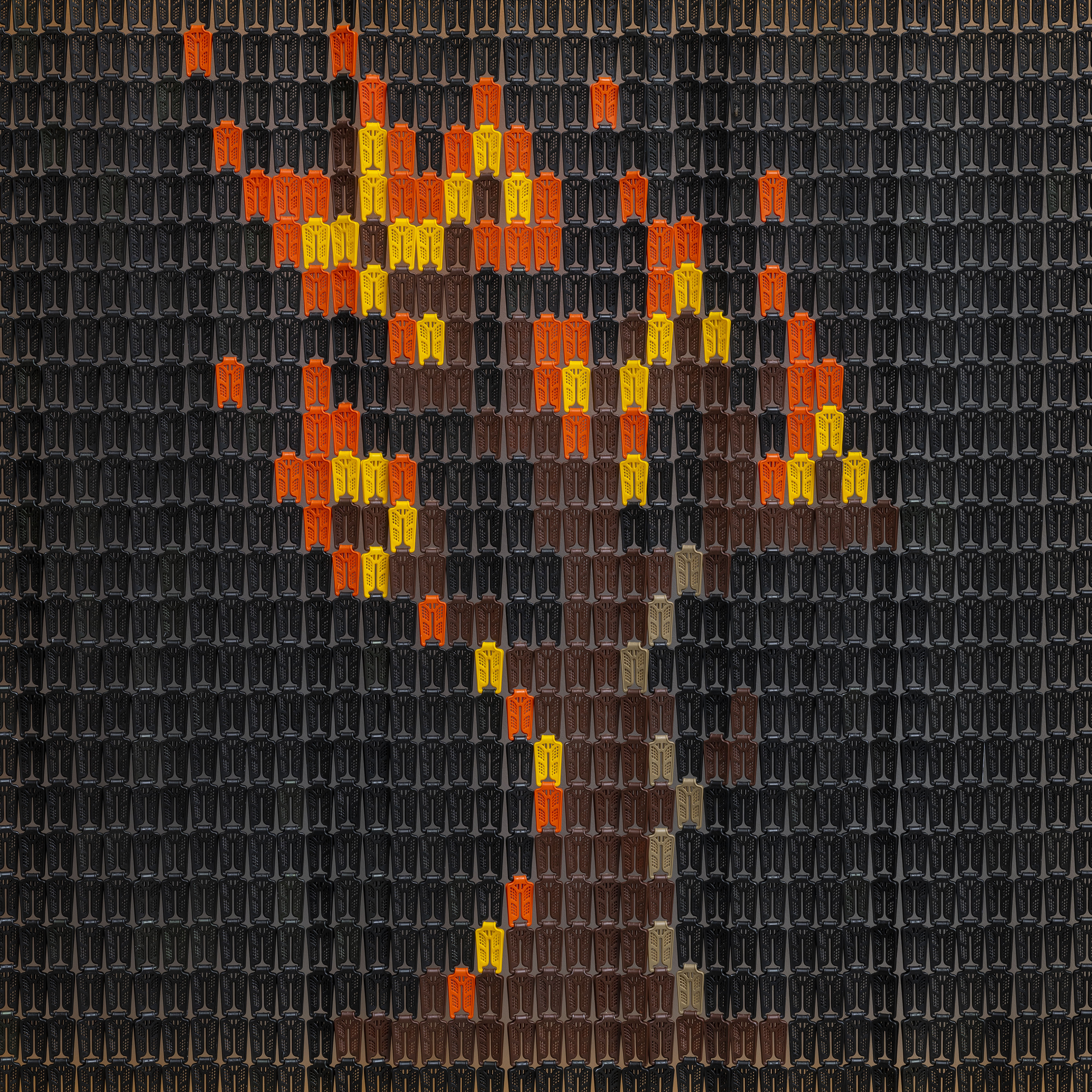 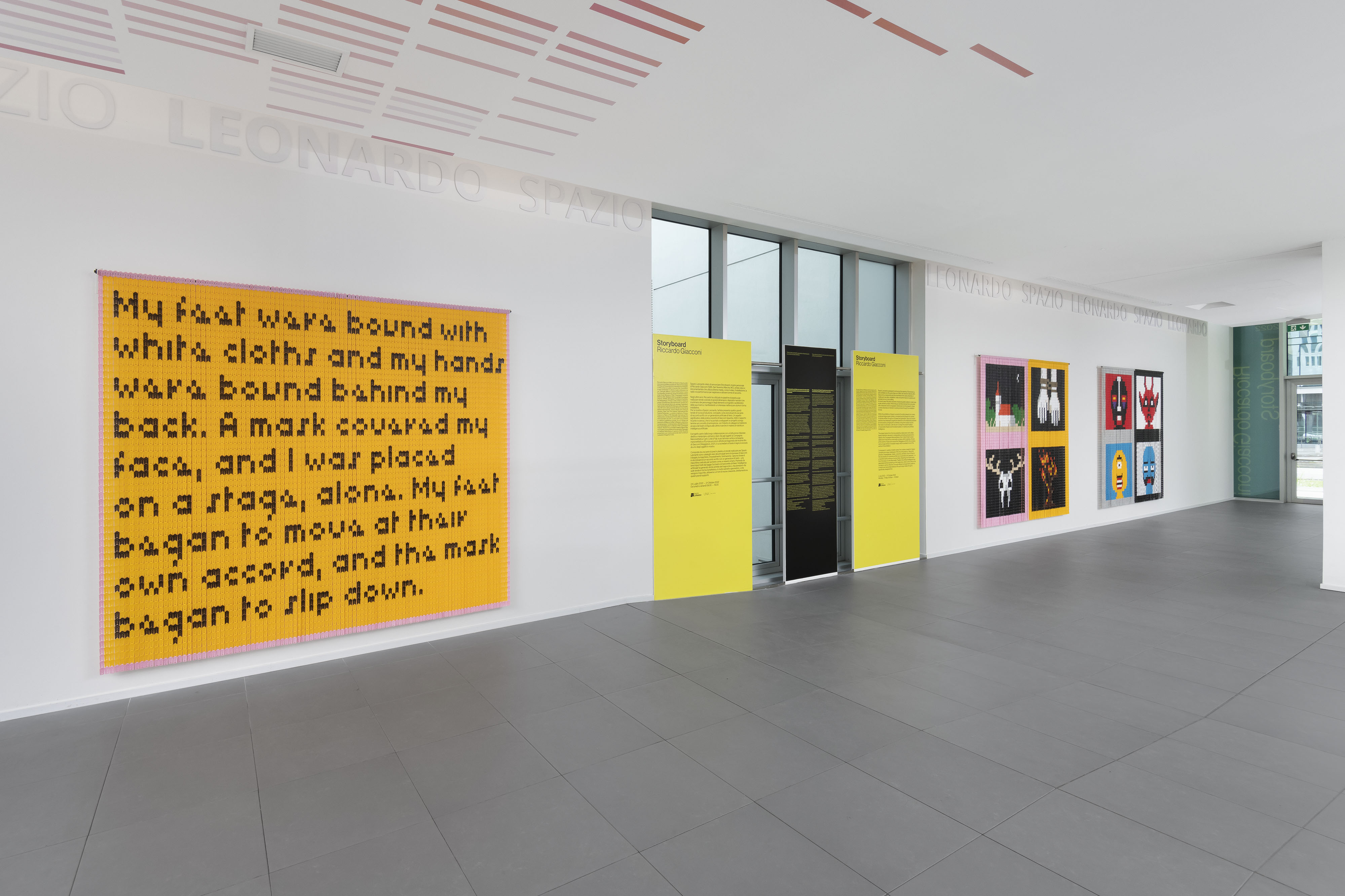 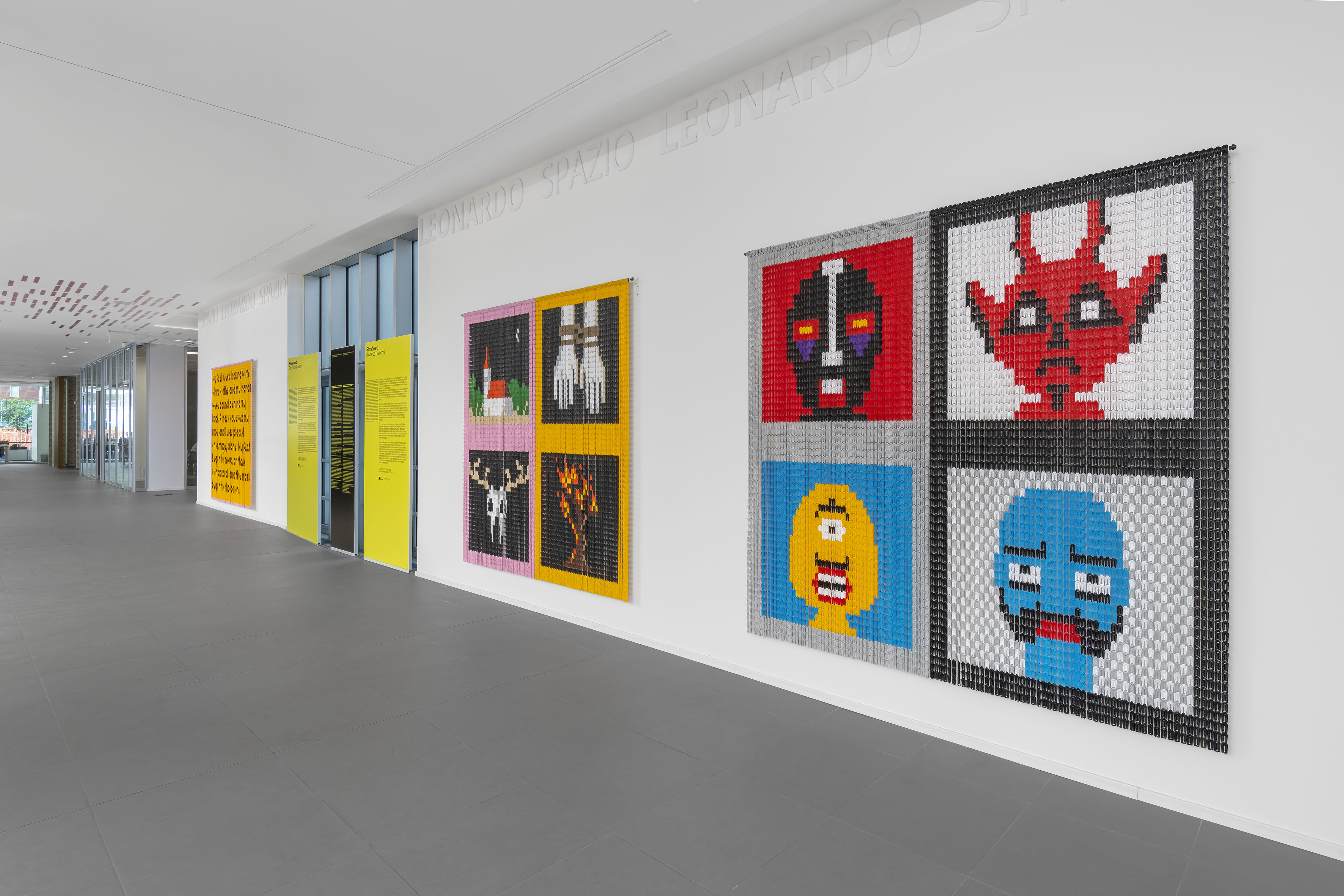 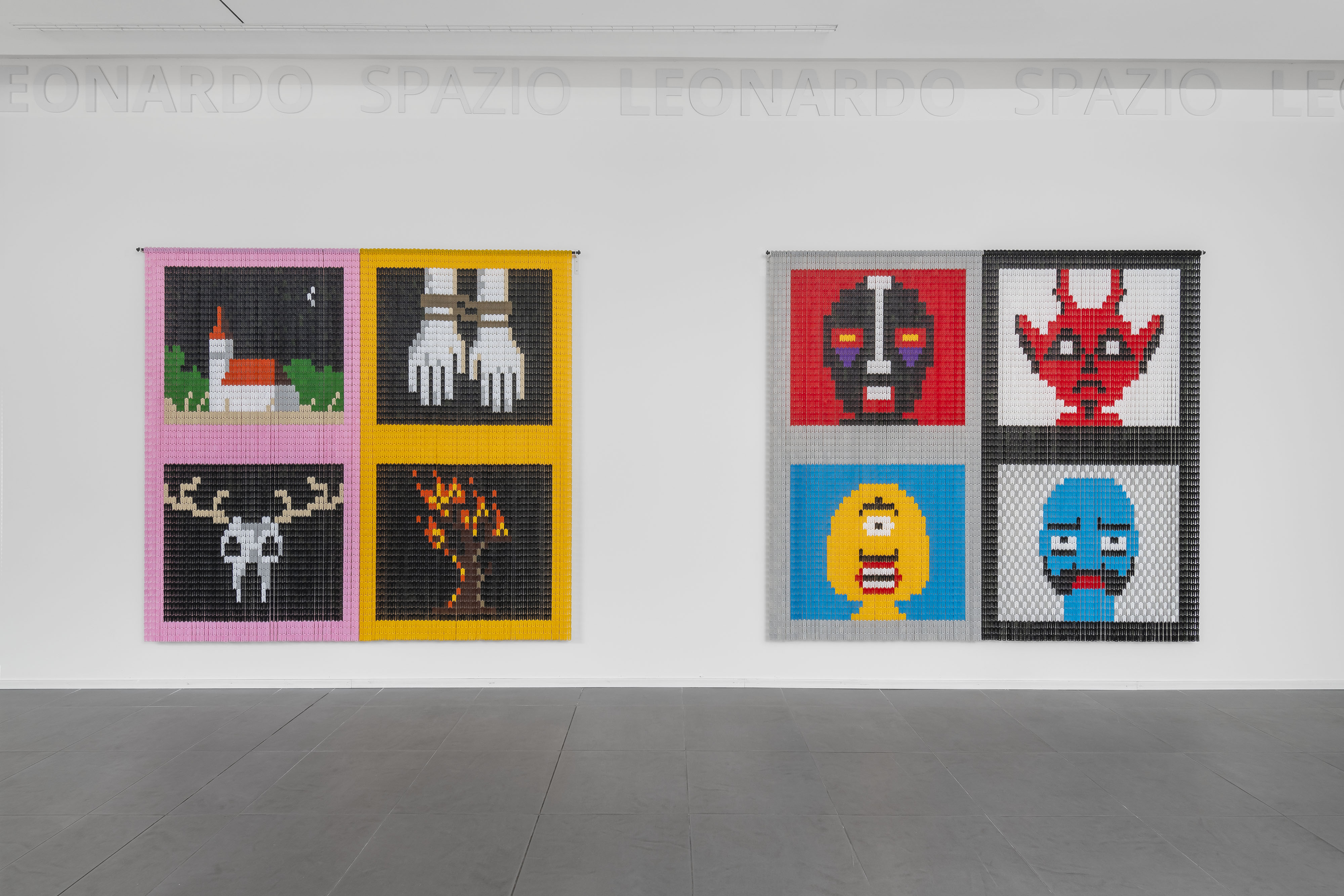 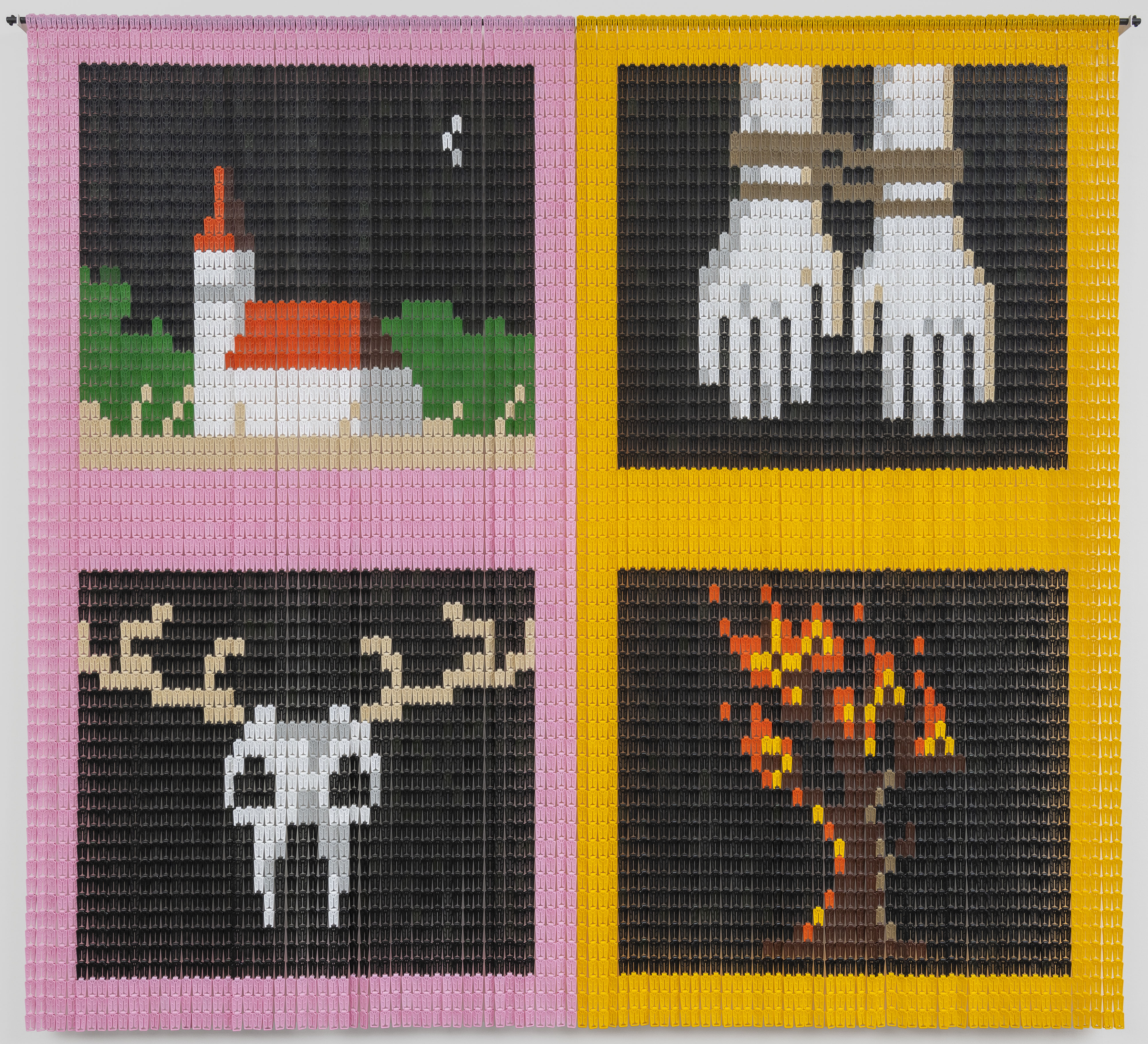 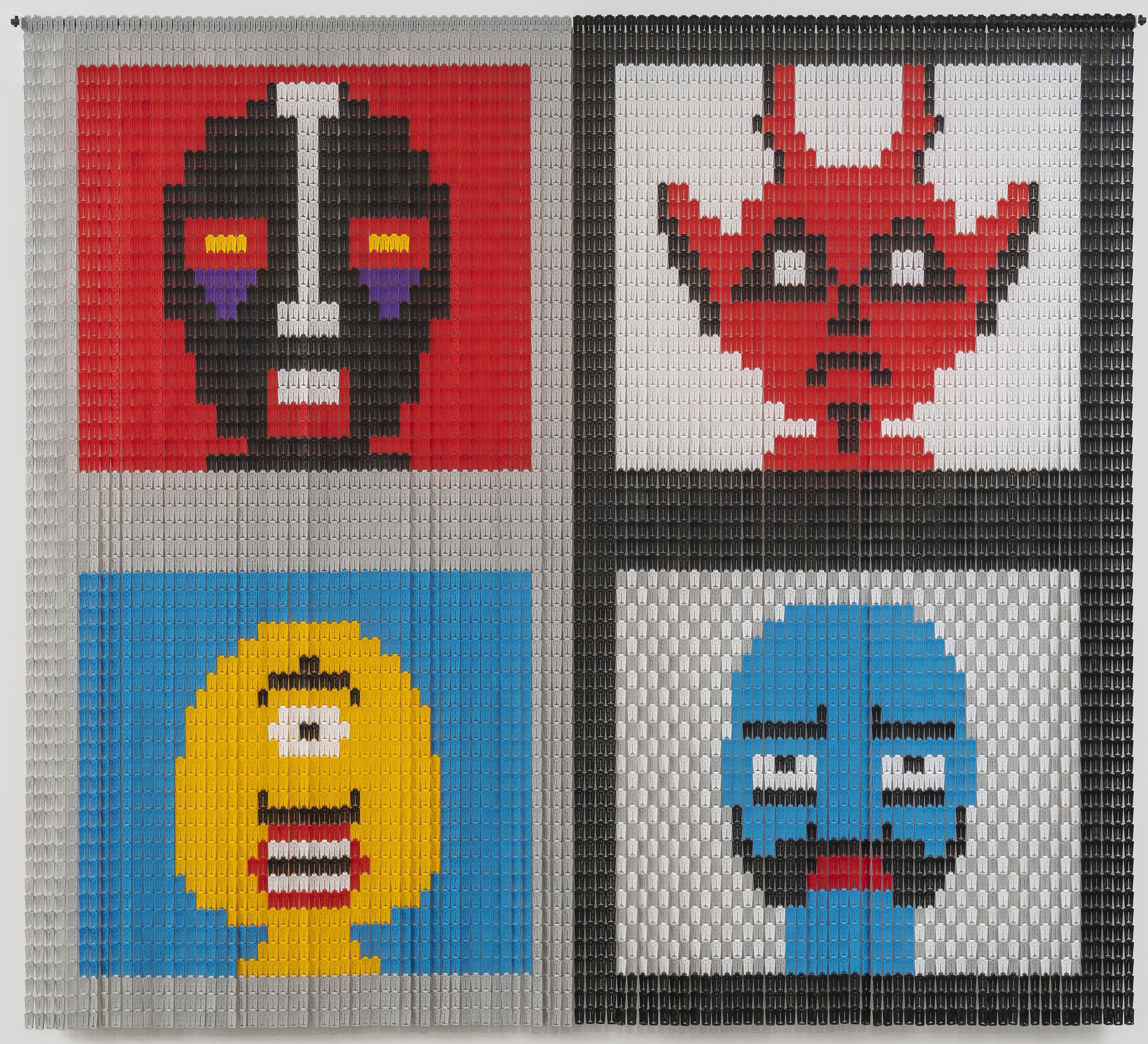 Spazio Leonardo is pleased to announce the opening of Storyboard, a solo exhibition by Riccardo Giacconi (1985, San Severino Marche, MC). Giacconi is a visual artist and documentarian who uses a diversity of media such as video, installation, radio and performance to explore and activate forms of storytelling. In recent years Riccardo has been employing plastic plates to make large-scale colored curtains. Performing as narrative devices that come alive with characters and iconographic references from his research, these curtains disclose an interest in evoking stories through the installation format. Within the exhibition at Spazio Leonardo the artist presents four newly-produced large-scale curtains, conceived as storyboards for a series of stories written through an AI-based text generator. Giacconi’s recent practice has developed a significant attention to the relationship between art and science, bringing him to develop a long-term project around the notion of animation, with the aim to merge the ancient tradition of marionette theatre and the latest studies on robotics and artificial intelligence. The project stems from the long-standing collaboration with a Milan-based institution devoted to manipulating, animating and giving life to objects: the Compagnia Marionettistica Carlo Colla & Figli, Europe’s oldest and most famous marionette company still in business. Already at the centre of Giacconi’s recent film Diteggiatura (2021), the company owns a huge archive of wooden heads, which is evoked in one of the works in the exhibition. Composed of a series of plastic pixels, the curtains created for Spazio Leonardo are visual catalogues of the recurring topics in Giacconi’s practice: Doppelgänger, masks, costumes, animation. Each of them is the storyboard of a narrative written by an automatic text generator – i.e. a machine built to write as a human being. Departing from brief inputs from the essay On the Marionette Theatre , the artificial intelligence has generated stories bordering on the tragicomic, which come to life on the curtains in cartoon-like form, through abstract and geometric patterns, or which are transcribed directly onto such large media through a specifically designed font.