The Capital of Fine is OK 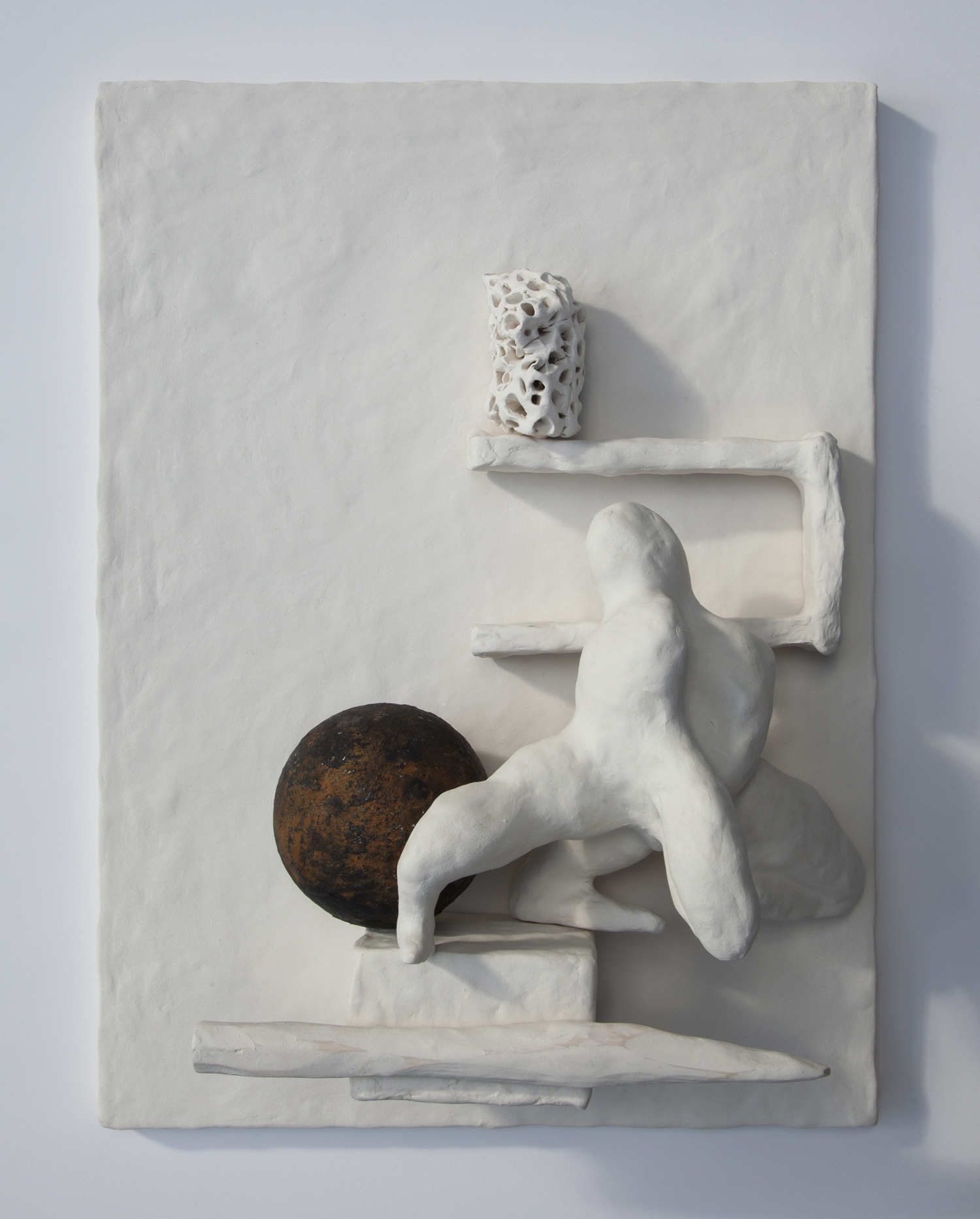 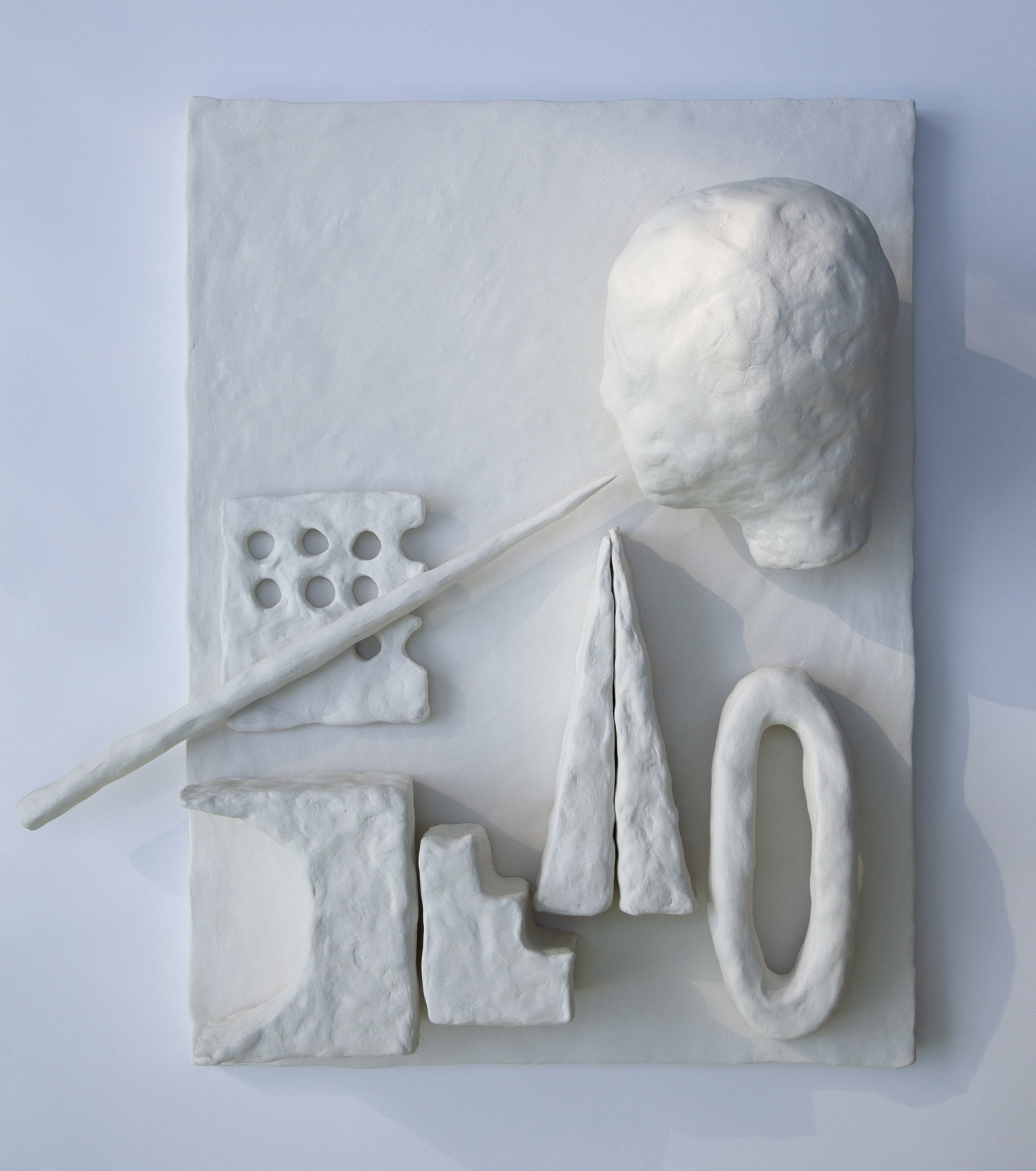 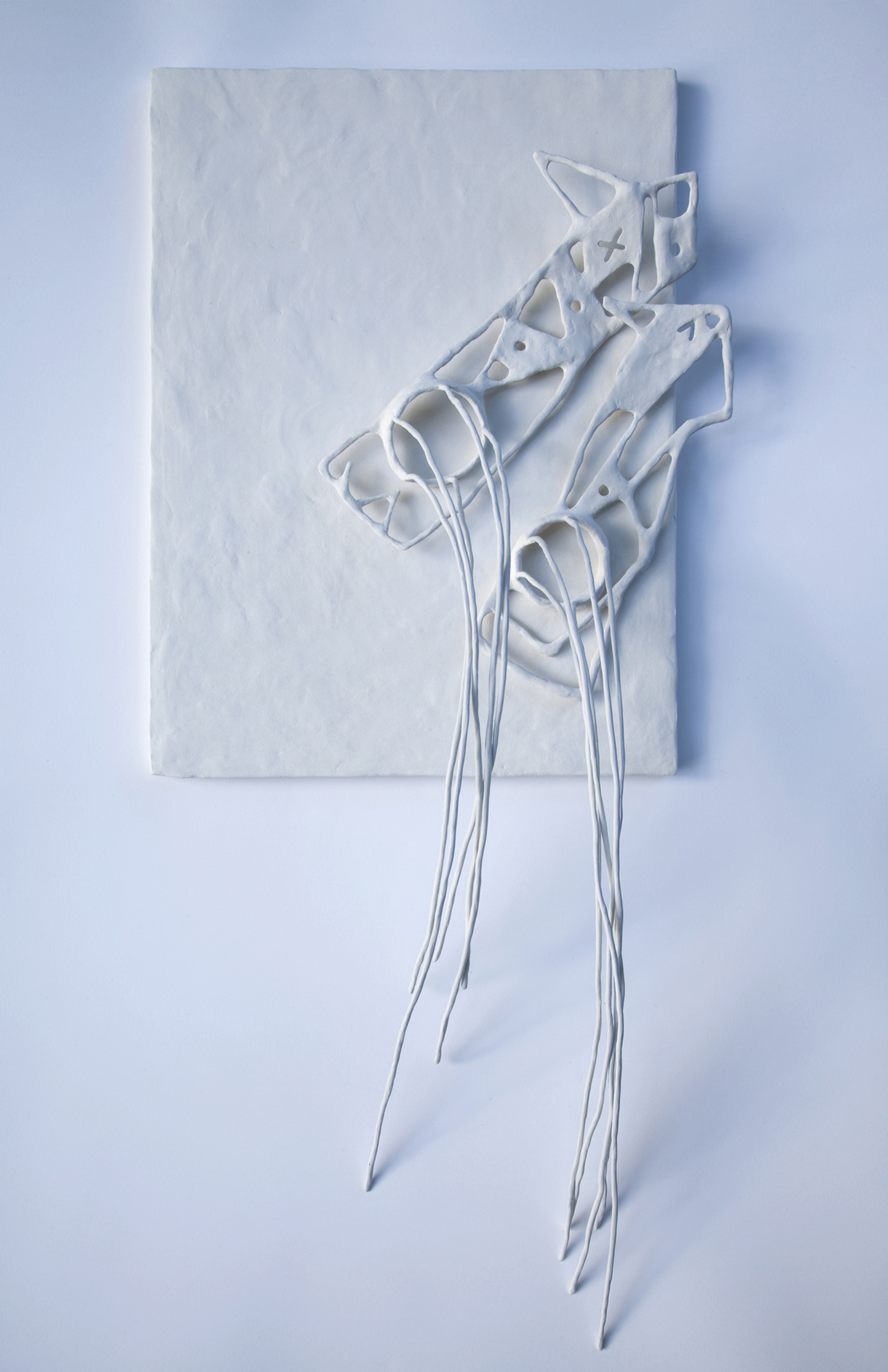 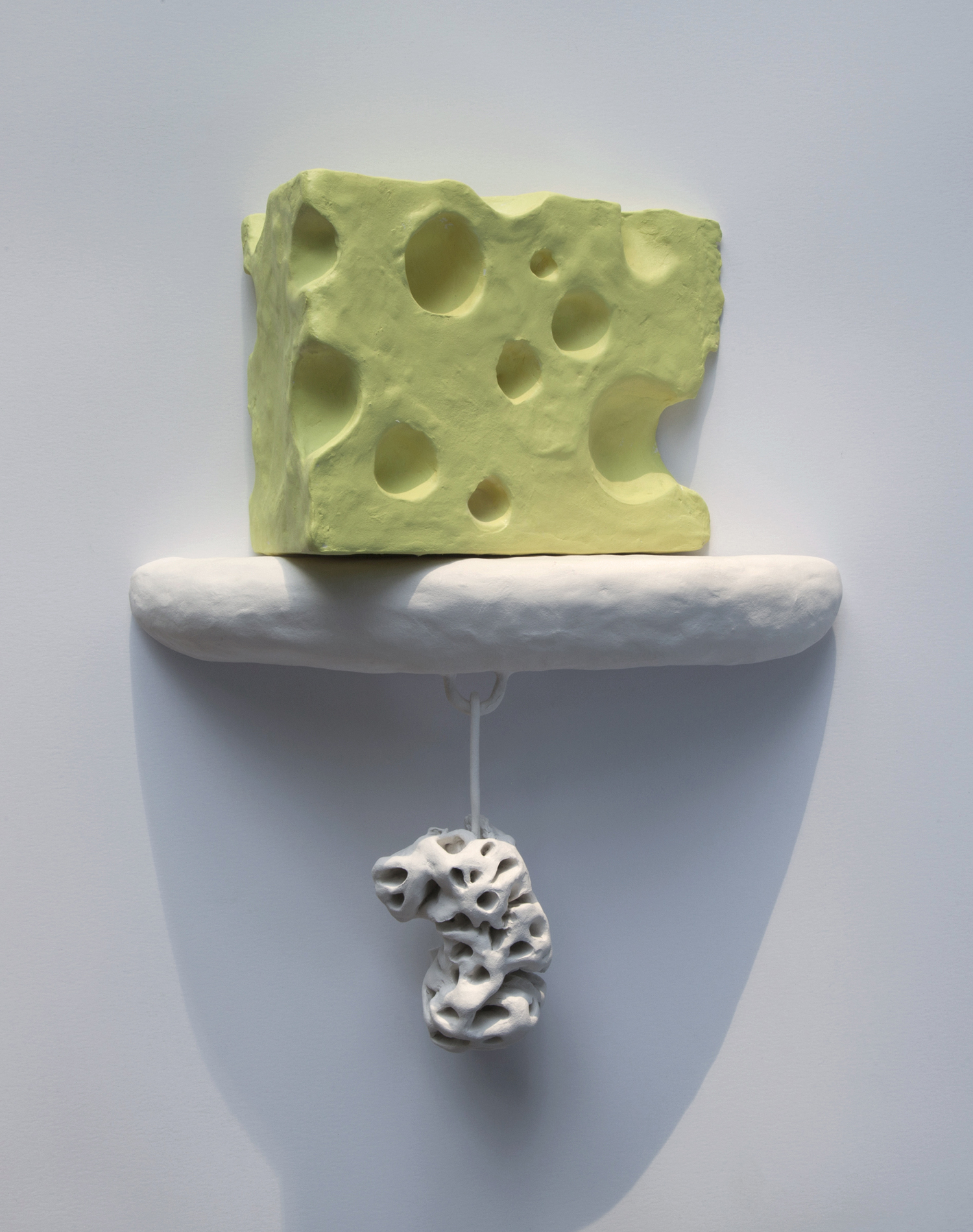 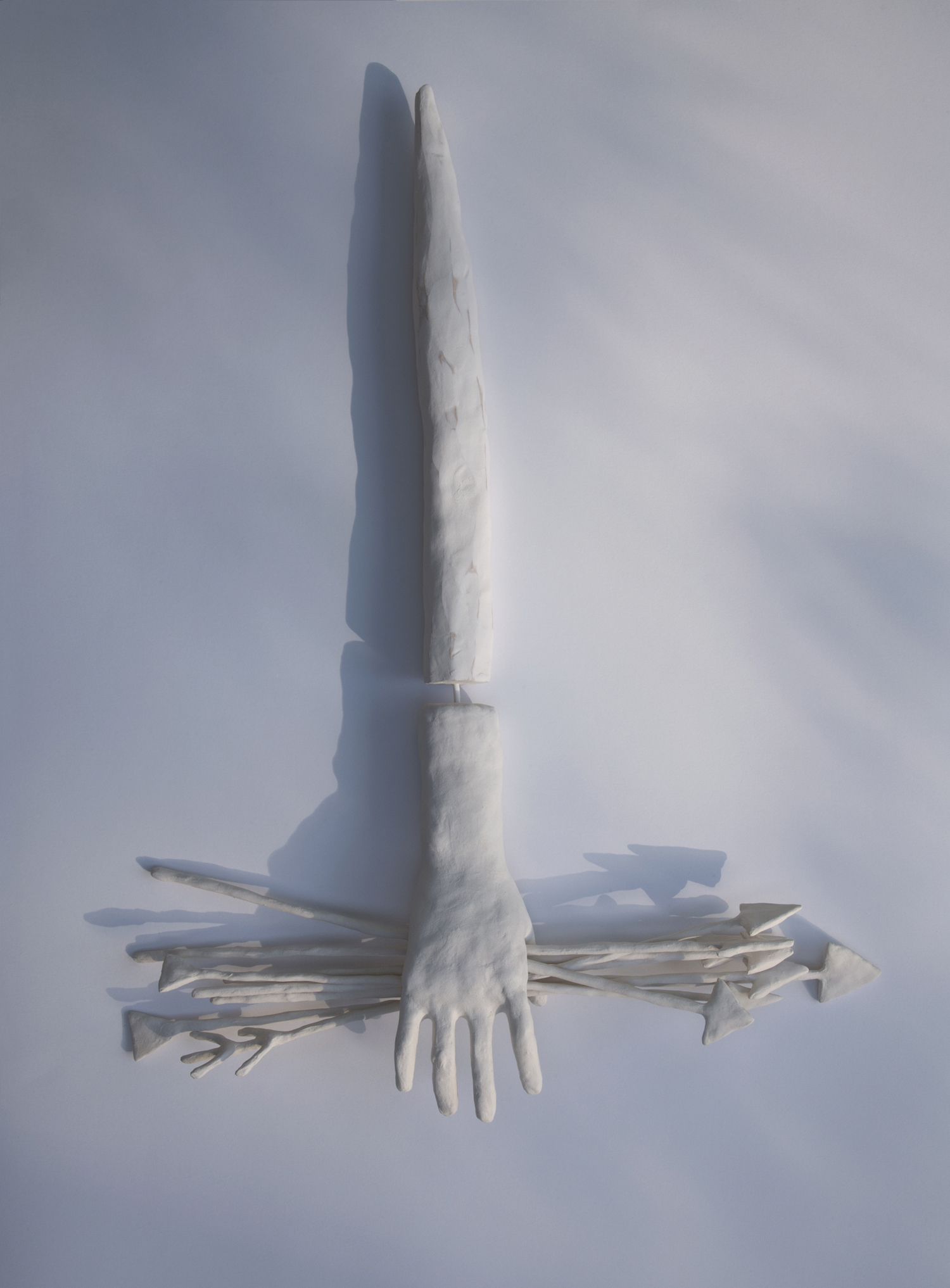 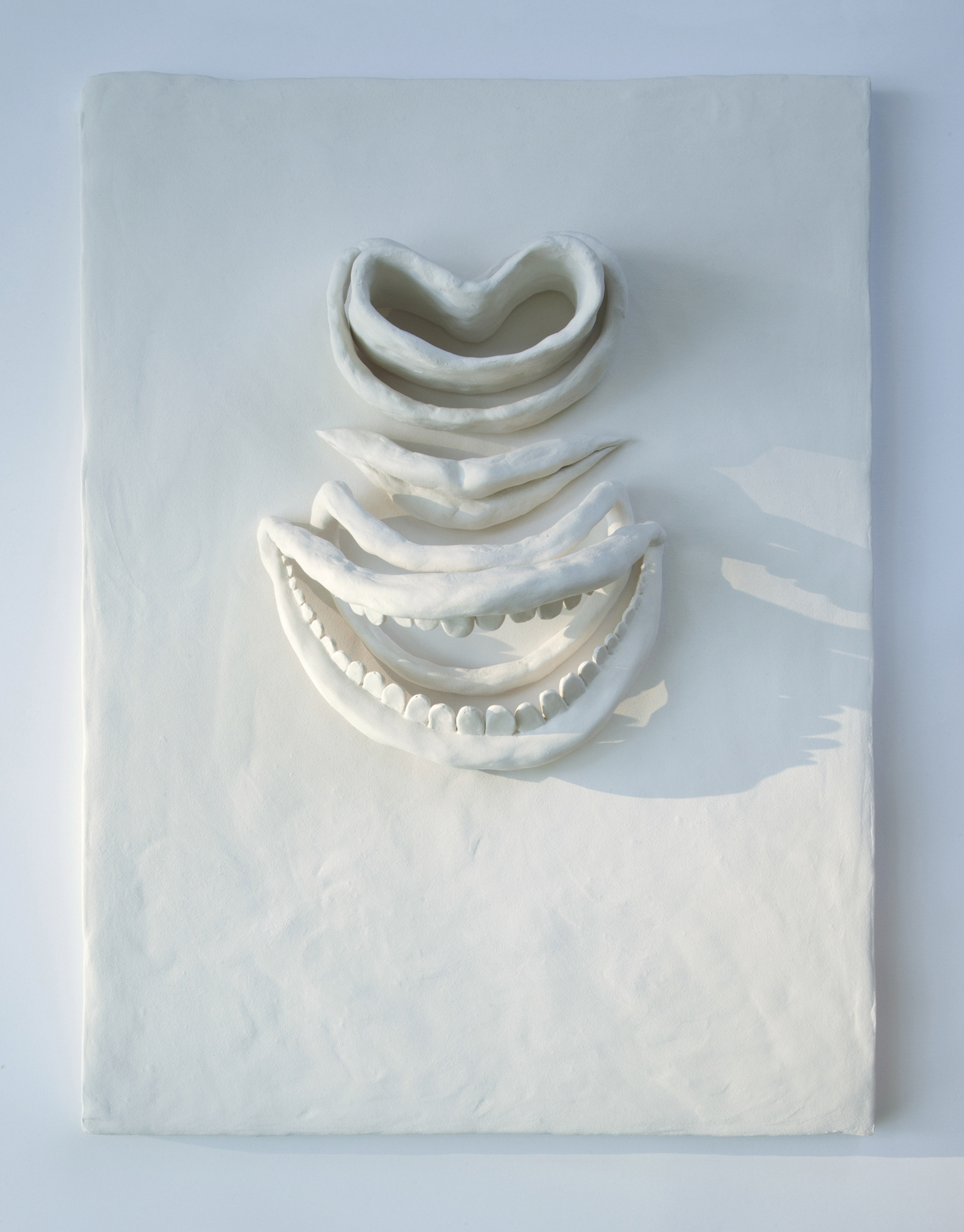 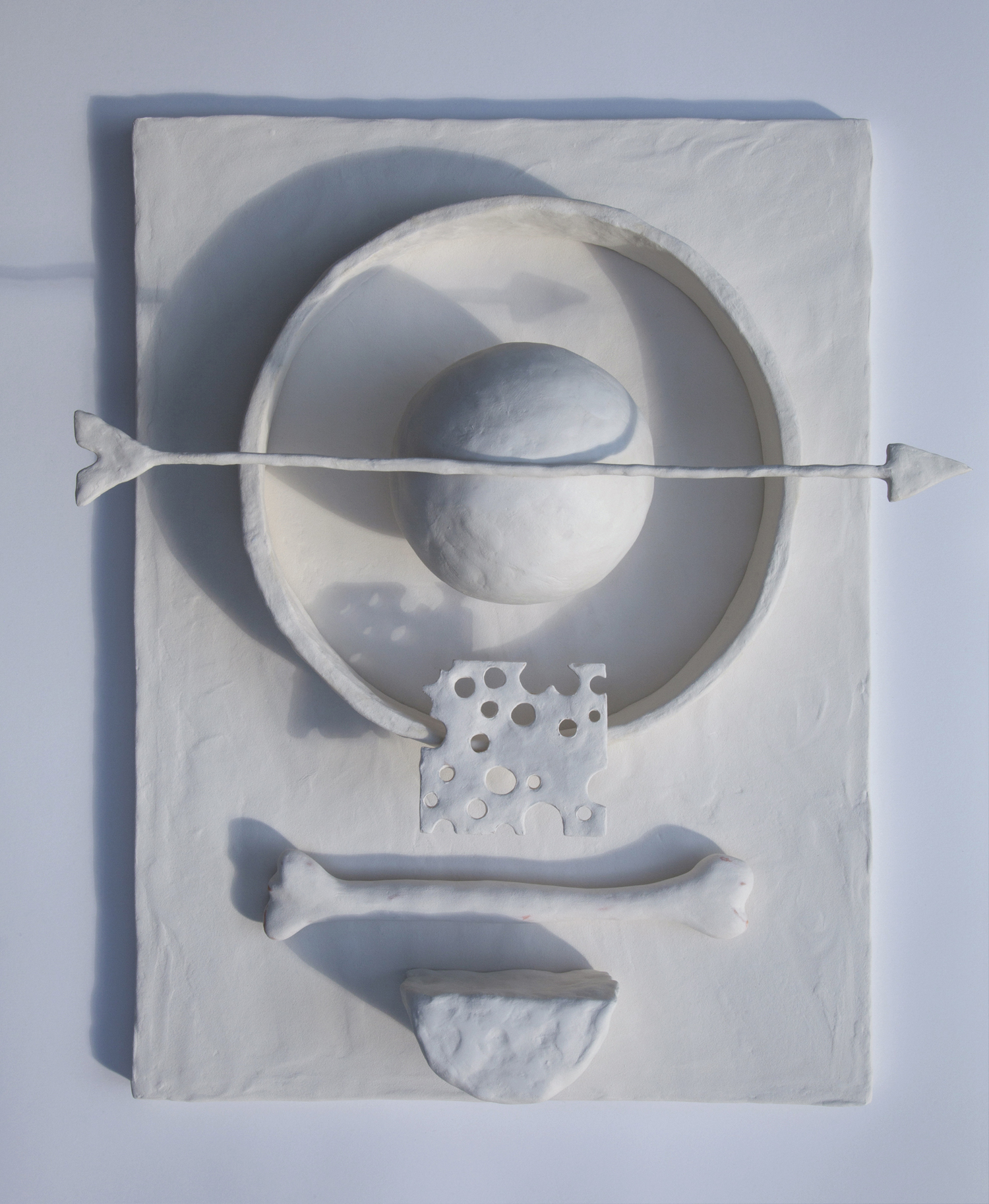 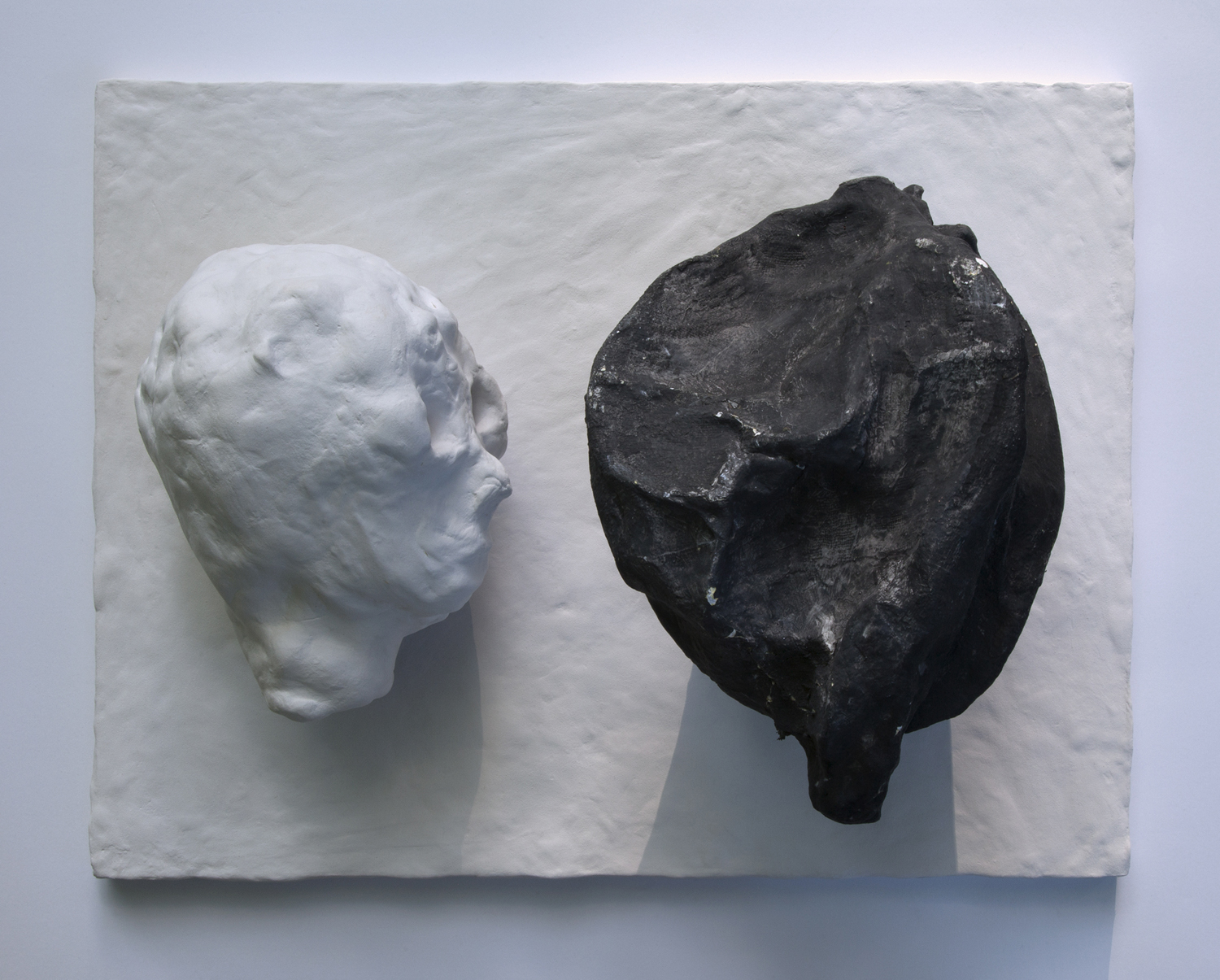 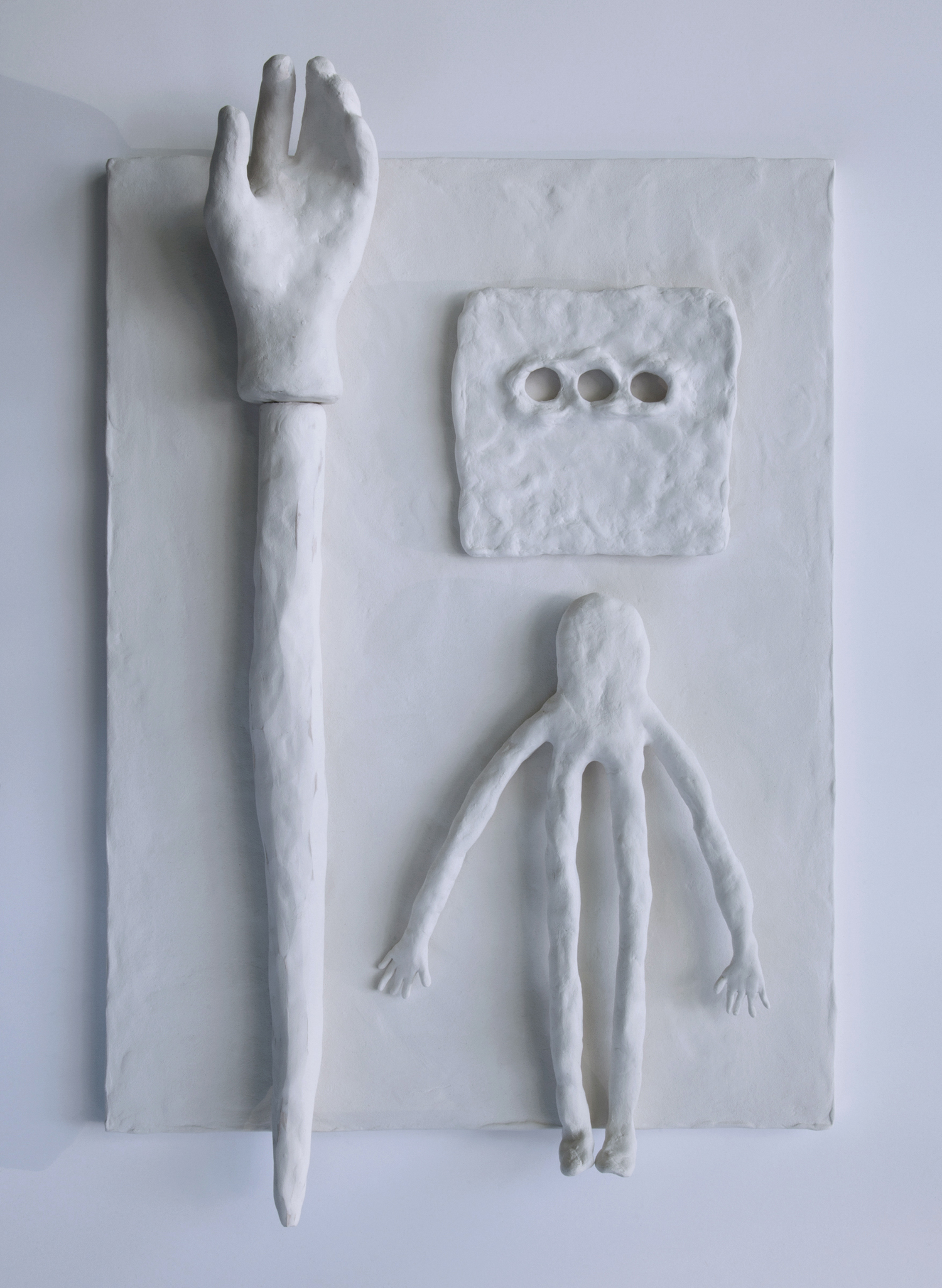 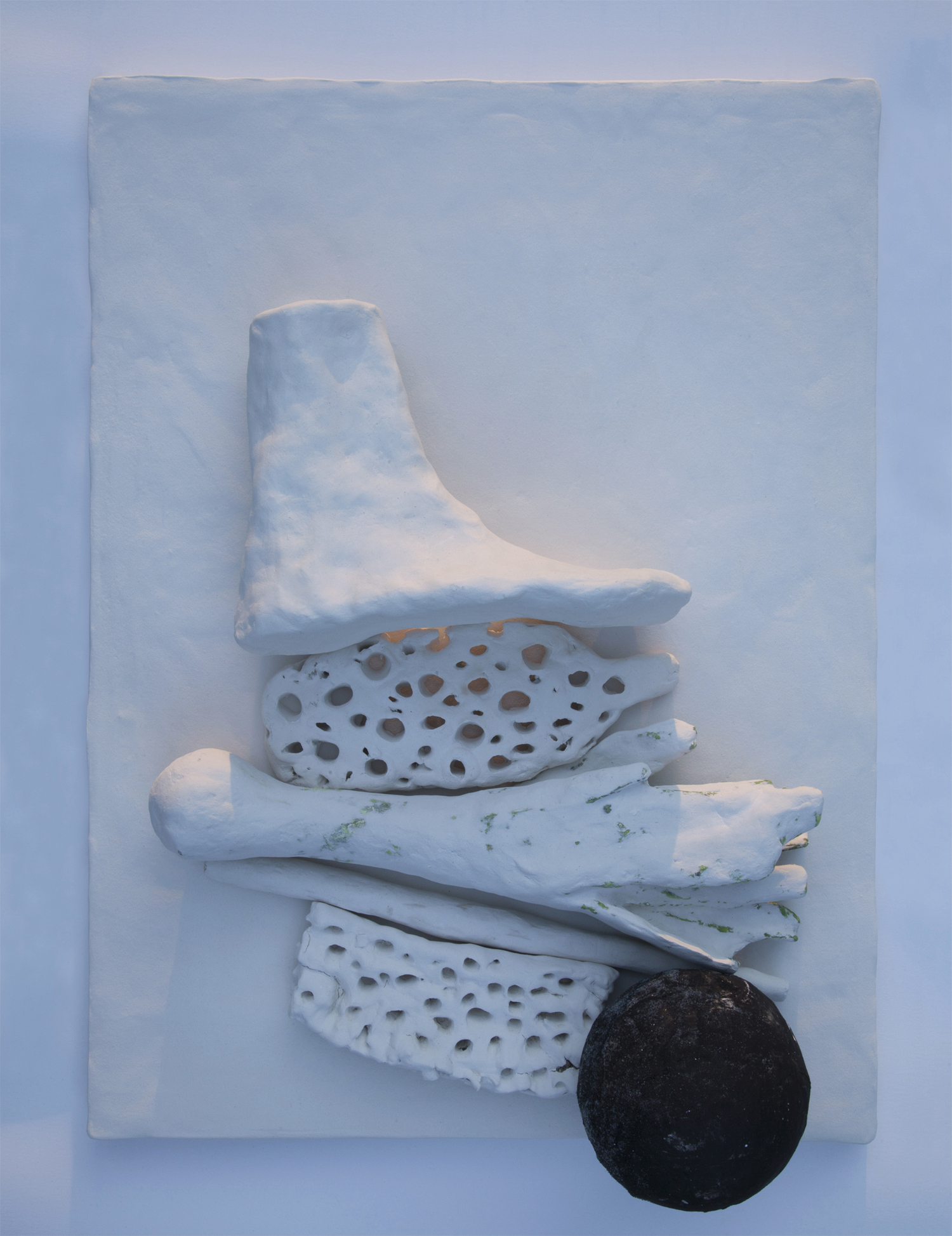 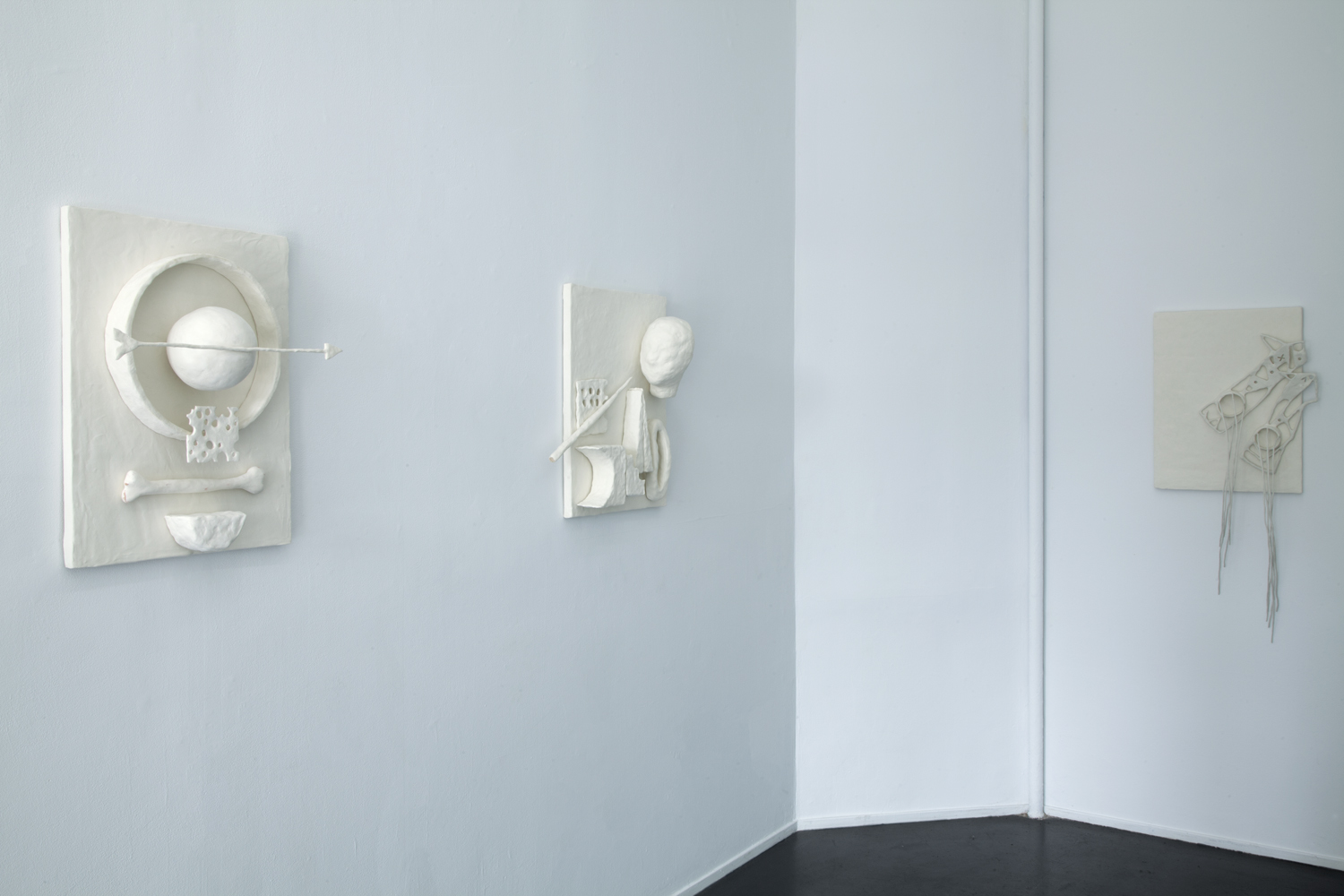 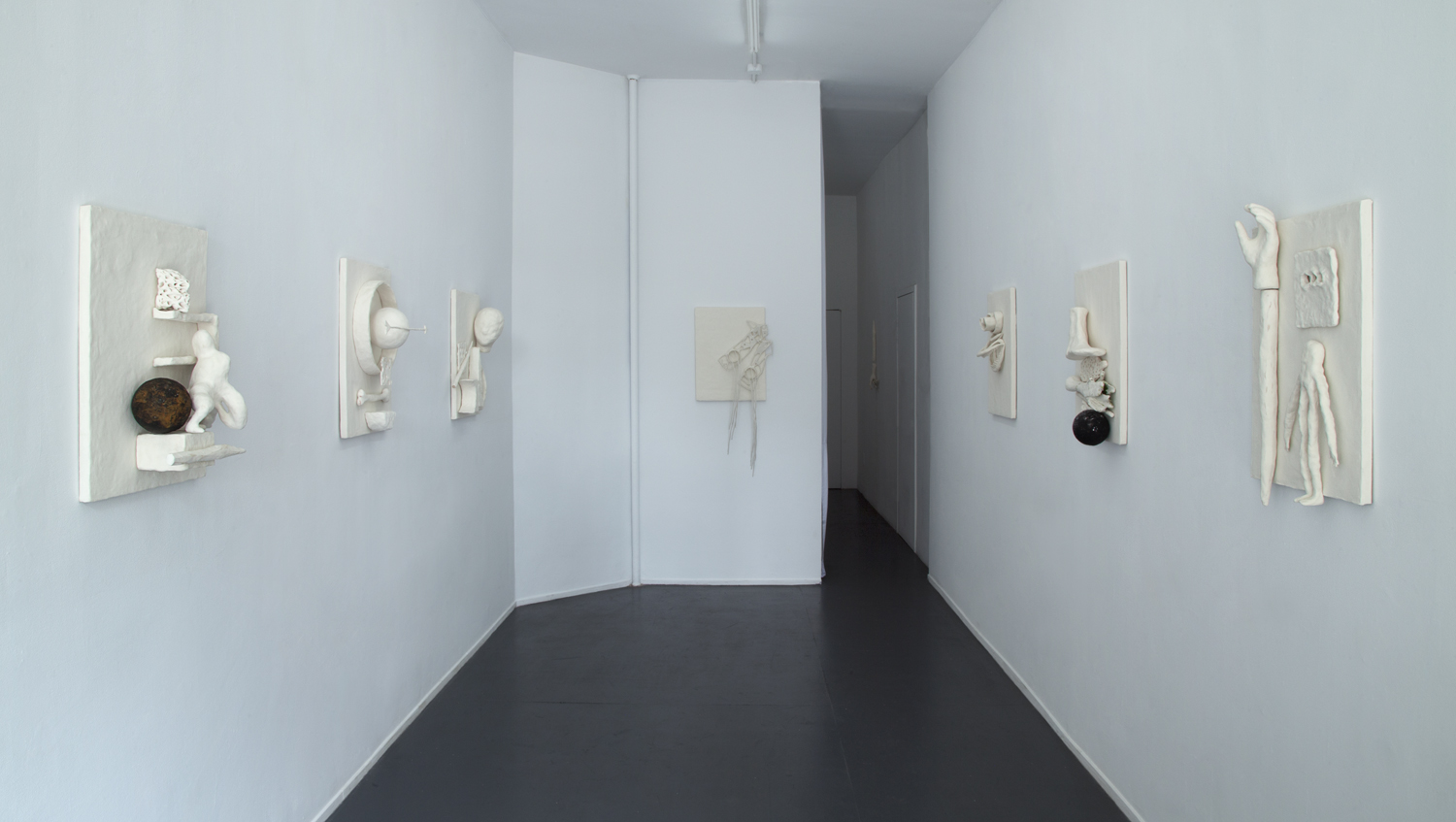 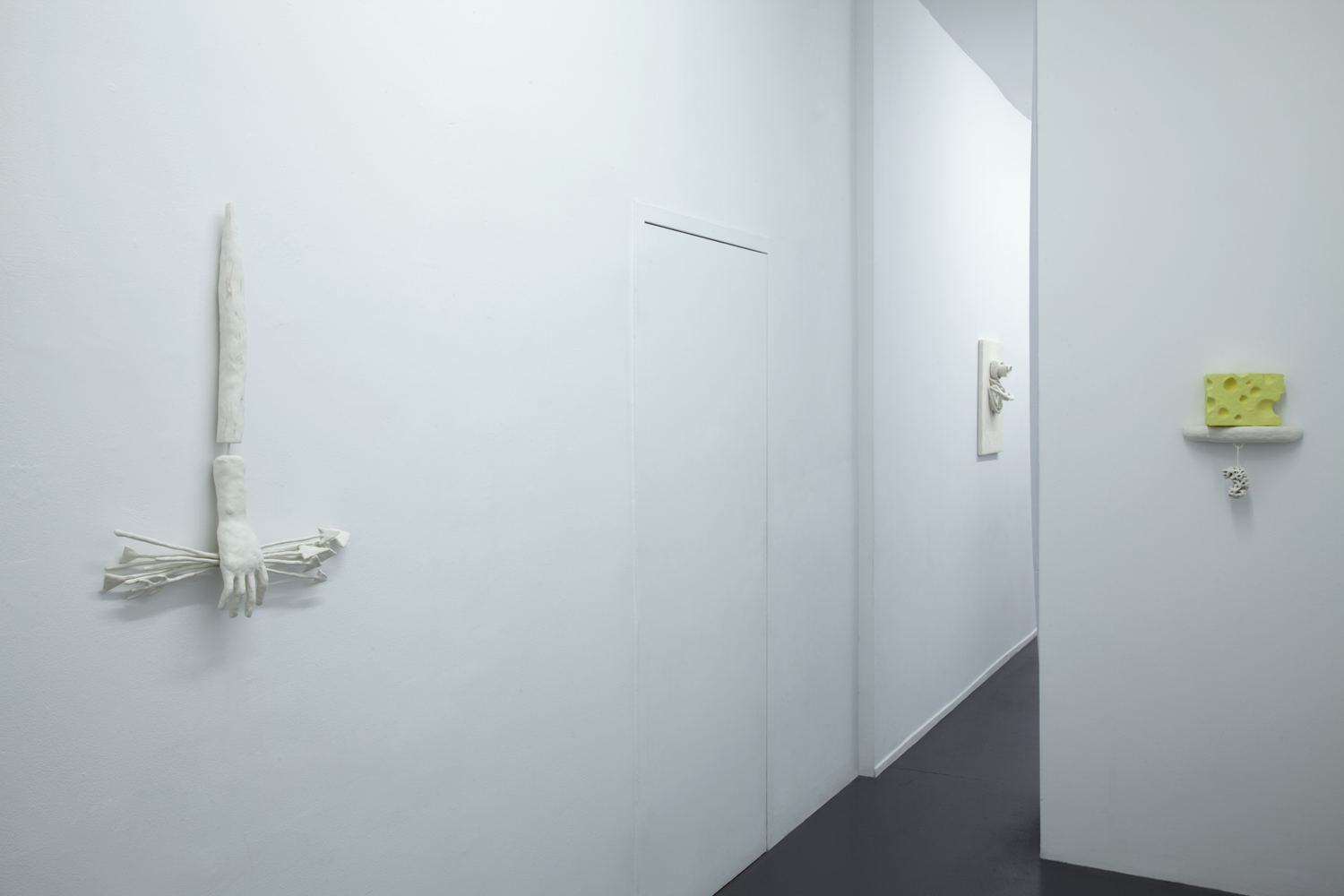 Essex Flowers is pleased to present The Capital of Fine is OK, a solo exhibition of new reliefs by Jonathan Ehrenberg.

The title of the show is borrowed from Jonathan Ehrenberg’s three-year-old daughter, Mia, who has a curious obsession with geography. One day she was rattling off countries and capitals—The capital of France is Paris. The capital of China is Beijing—when she got a big idea: The capital of Fine is OK! For the artist, the moment encapsulated his experience of watching Mia learn about the world. What, he wondered, did she imagine a country was? What was her idea of the relationship between a country and its capital? Were there images attached? Imagined objects?

As the artist watched language form the intuitive, arbitrary, oddly associative building blocks of his daughter’s expanding reality, he also saw his father’s world focus in on bodily concerns: arthritic joints, a deteriorating hip. His new series of wall reliefs similarly mines the rattle-bag of the unconscious as it pieces the world together and segments the self into parts.

In smoothed over, mostly white clay tablets, the animate and the inanimate become uncannily equal; holes in a suspended block of cheese are as eerily visceral as a head contemplating its own twin mass. A foot is not just a foot dislocated from the rest of the body but a collection of nerve endings defined by what it feels as it walks. A bone is a cartoon one that cracks into a pitiful comic gesture.

These works explore the ways in which changes in the body alter the world as we perceive it. Subjectivity can be both poignant and fragile. As parts of the body begin to fail or need to be replaced, the pieces start to feel like isolated objects: antagonists rather than parts of a whole.

Many of the components of these wall sculptures were originally constructed to be scanned into a 3D digital space, while others are handmade riffs on Ehrenberg’s digital output. The repeated mouth, in its post-digital afterlife, begins to eat itself. In Ehrenberg’s tableaux the body is dispersed among its own perceptions.

Jonathan Ehrenberg’s work has been included in exhibitions at MoMA PS1, SculptureCenter, The Drawing Center, Nicelle Beauchene Gallery (New York), Futura Center (Prague), The B3 Biennial (Frankfurt), Temnikova & Kasela (Tallinn), and Nara Roesler (São Paulo). He has participated in residencies at LMCC Workspace, Harvestworks, Skowhegan, Triangle, The Fine Arts Work Center in Provincetown, and Glenfiddich in Scotland, and his work has been reviewed in publications including The New York Times, The New Yorker, and Art in America. He received a BA from Brown University, and an MFA from Yale, and teaches at Lehman College, CUNY. He was born in New York, NY, where he currently lives and works.